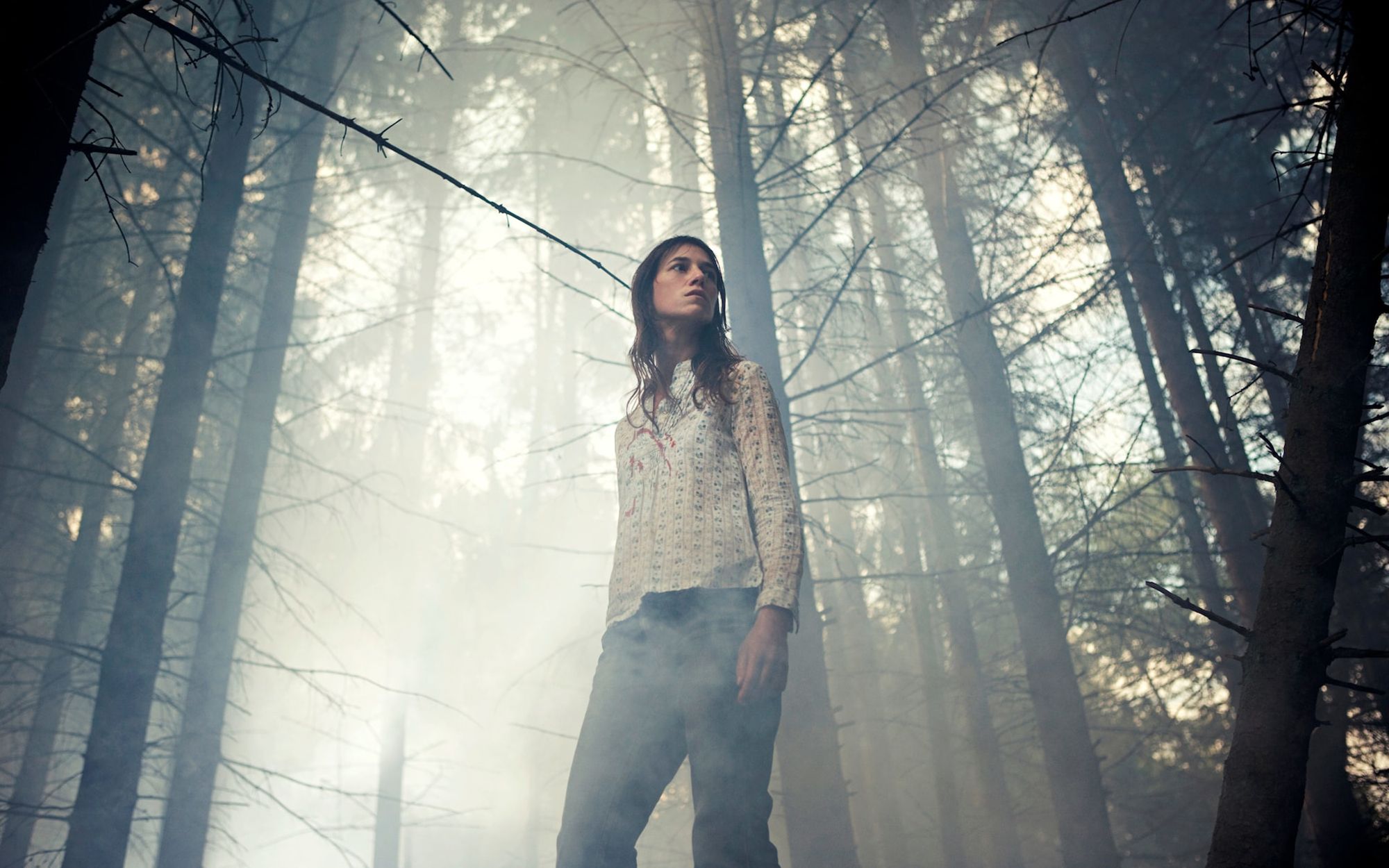 Horror movies have always sort to push the boundaries of taste and decency.

Since the birth of the genre proper, in the 1930s, select titles have proven a challenge to censorship boards and morality groups, who champion clean and wholesome entertainment. Can horror movies corrupt young minds? Can horror movies turn audiences into drooling maniacs? The evidence suggests not, but it never stopped censors from banning films.

It was filmmaker David Cronenberg, whose work has met the censorâ€™s scissors on more than one occasion, who put it that censorship boards have something in common with psychotics: â€śThey confuse fantasy with reality.â€ť 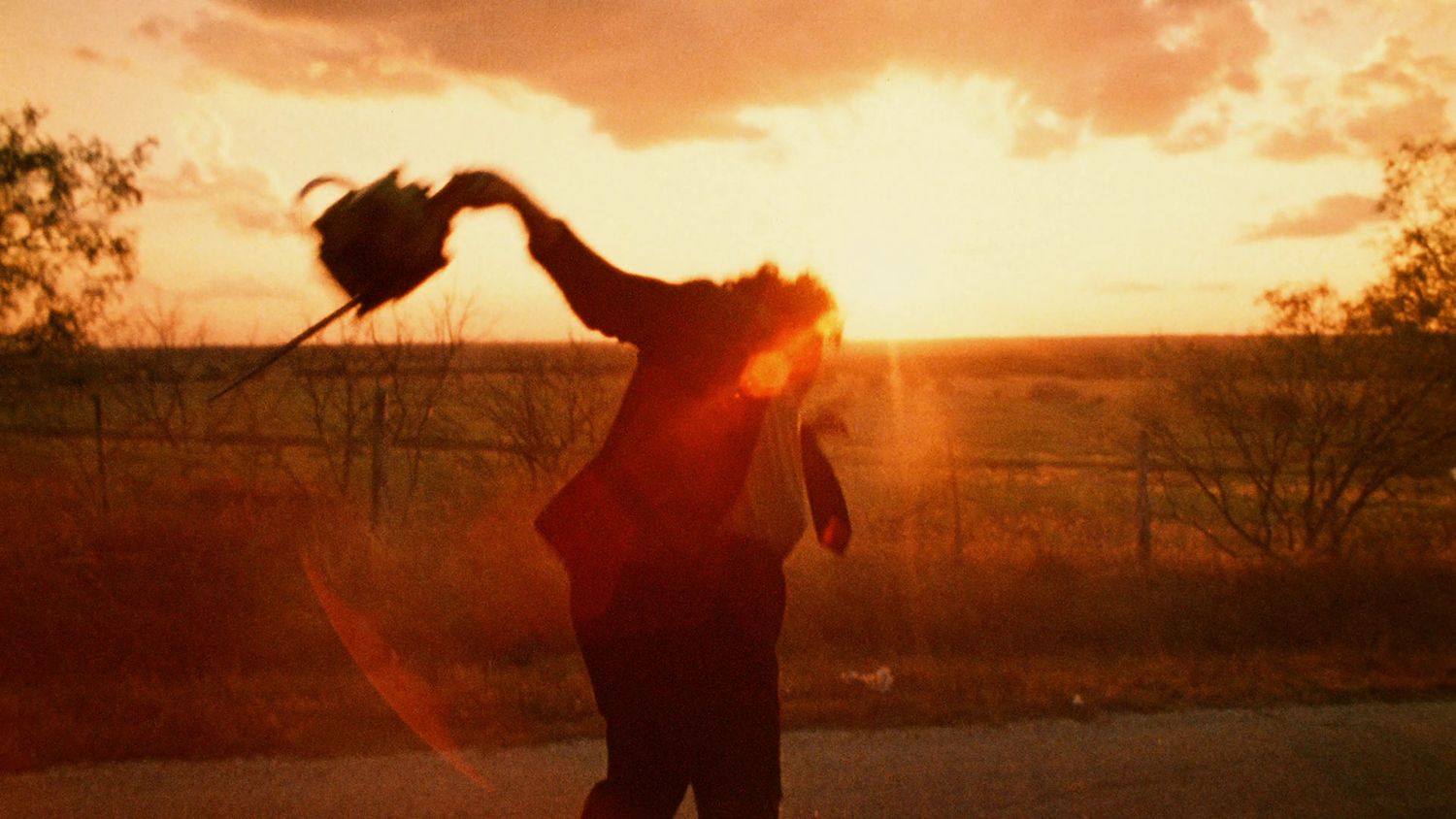 Tobe Hooperâ€™s â€śThe Texas Chain Saw Massacreâ€ť (1974) is one of the greatest movies ever made, regardless of genre. Yet it received a very lengthy ban from the British film censors (the BBFC) because they considered its intense terrorisation and â€śabnormal psychologyâ€ť unfit for audiences. The BBFCâ€™s chief, James Ferman, infamously described the film as revelling in â€śthe pornography of terror.â€ť Hooperâ€™s masterpiece was released on VHS for a time in the early 1980s, before being withdrawn from video store shelves, in the wake of the 1984 Video Recordings Act. The ban on theatrical and home release distribution was finally lifted in the late 1990s. 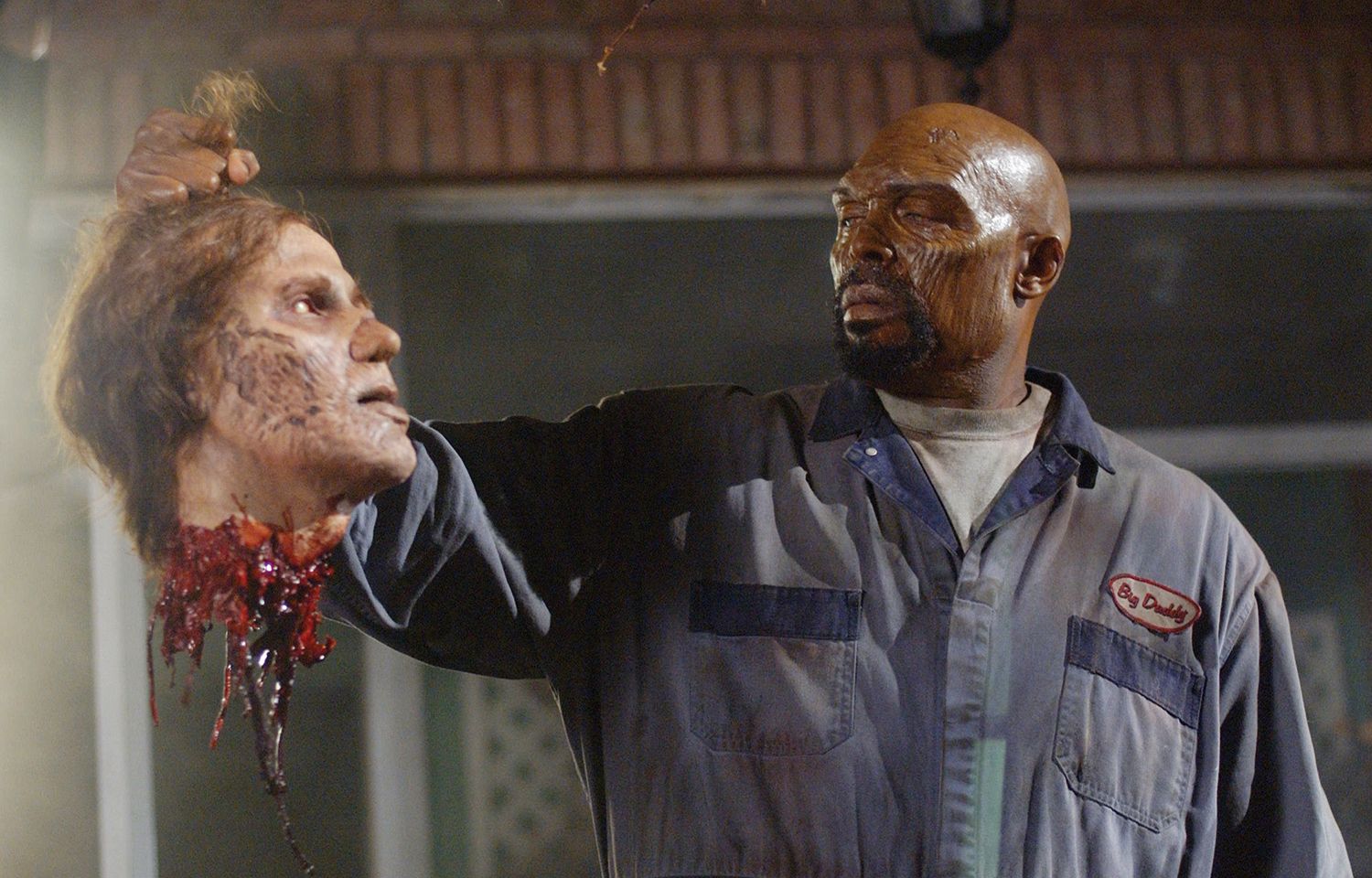 Land of the Dead

Zombie fans around the world were united in feverish anticipation for George A. Romeroâ€™s â€śLand of the Deadâ€ť (2005). After a twenty-year wait, the King of Zombie Horror movies was back with a new entry in the cult classic â€śDeadâ€ť series, which began in 1968 with â€śNight of the Living Dead.â€ť But horror hounds in the Ukraine wouldnâ€™t see it because the countryâ€™s Cultural Ministry believed the copious scenes of flesh-eating were culturally insensitive, given the 1930s Holodomor, the Kremlinâ€™s genocide against Ukrainian people, which led to starving citizens into committing acts of cannibalism. 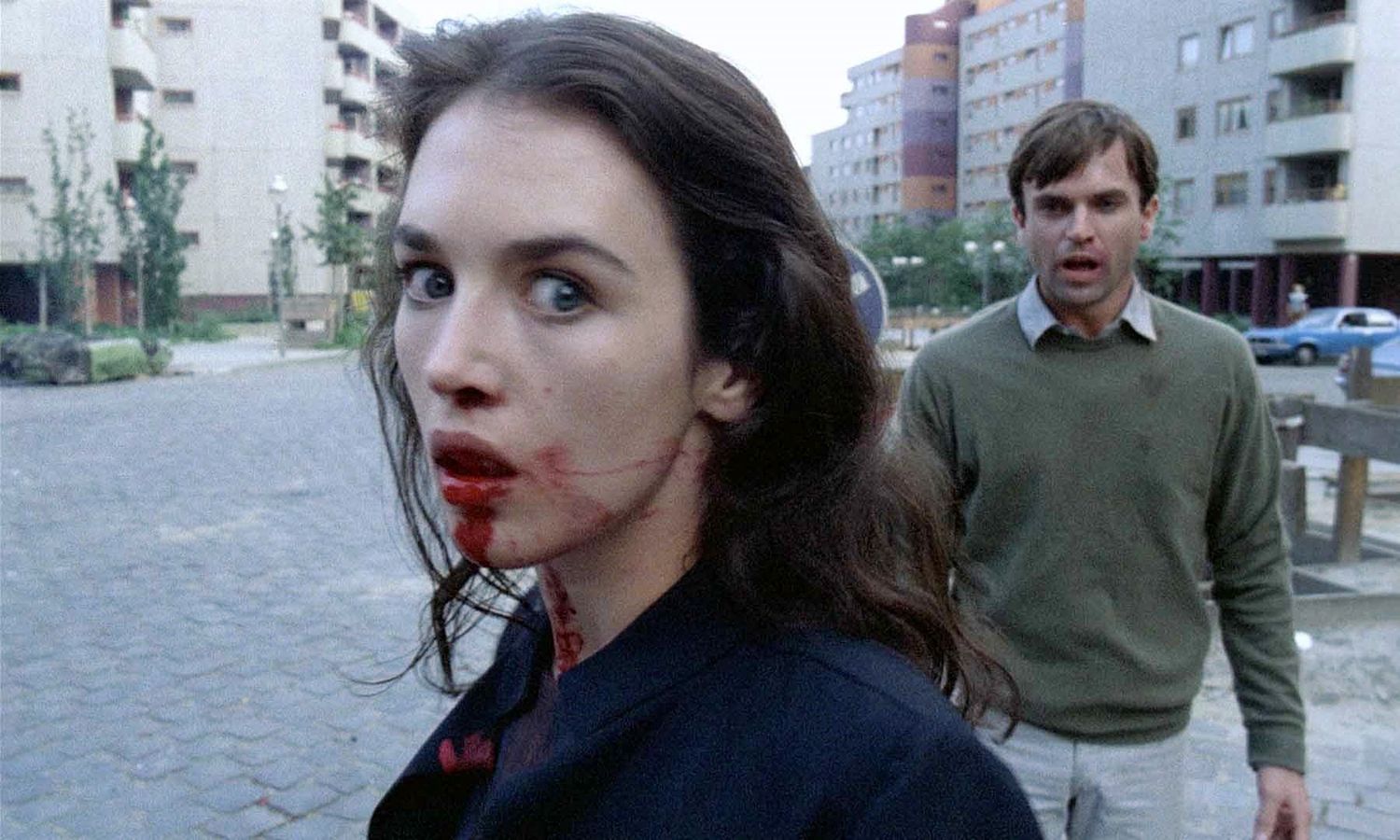 “Possession” was filmed in locations around west Berlin during the communist era.

â€śPossessionâ€ť (1981) earned Isabelle Adjani a Best Actress award at the Cannes film festival, but that didnâ€™t stop Andrej Zulawskiâ€™s horror drama, which details a spectacularly awful divorce, from getting banned in the UK, thanks to the Video Nasties scare. In 1999, as times and attitudes were changing, â€śPossessionâ€ť was re-released on home video and rediscovered and hailed as a masterwork. â€śPossessionâ€ť is memorable for its scenes of self-mutilation, intense acting and a slimy alien creature designed by effects maestro, Carlo Rambaldi. 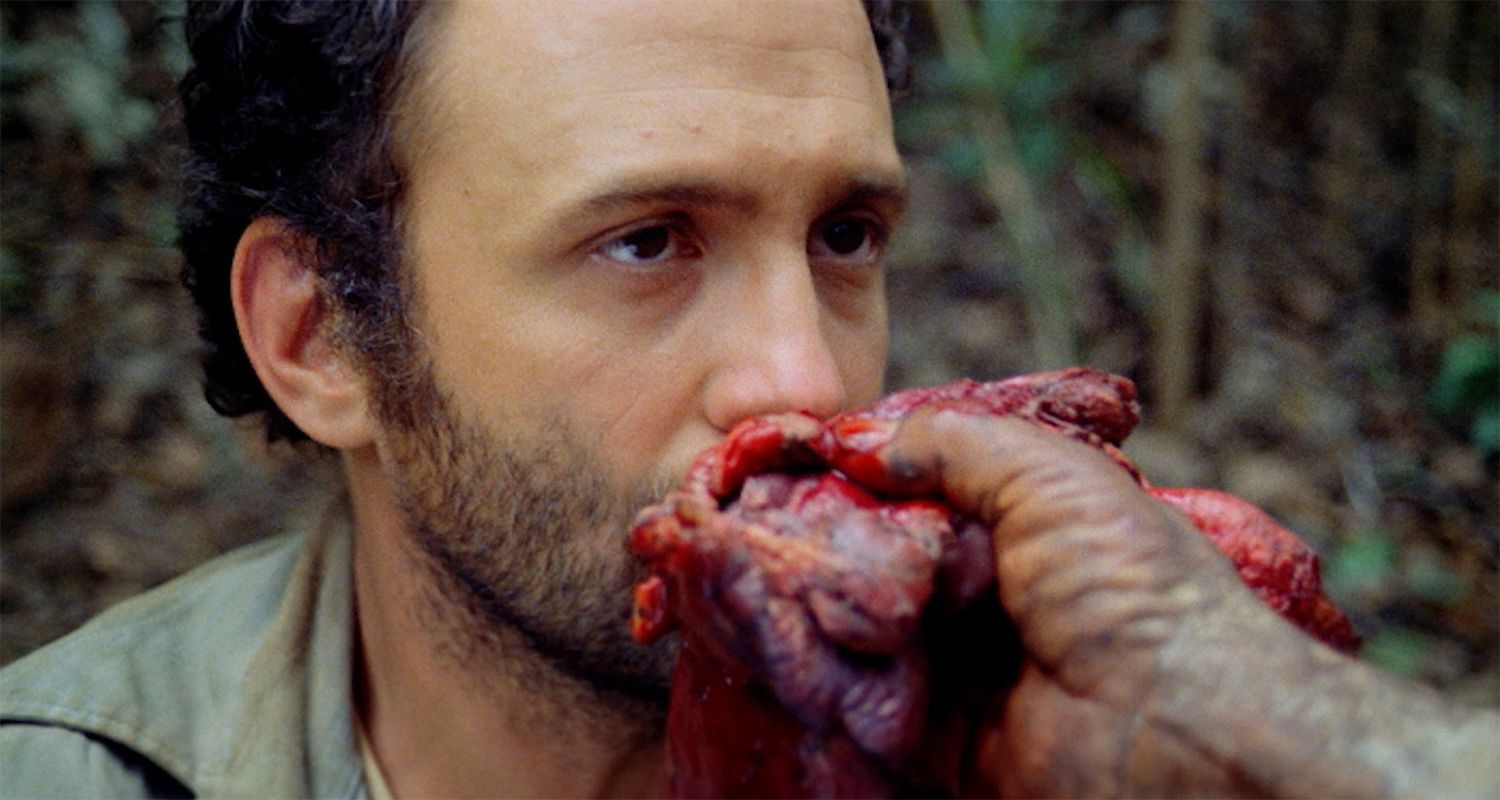 “Cannibal Holocaust” remains one of the most infamous films of all time.

Ruggero Deodatoâ€™s â€śCannibal Holocaustâ€ť (1980) caused more than a sensation upon release, it led to an actual trial in Italy, with the director having to prove to the courts he didnâ€™t murder his cast. It seems daft now, but Deodato was accused of killing people on camera. Shot in the Amazon jungle in southern Colombia, â€śCannibal Holocaustâ€™sâ€ť grotty imagery and faux documentary style still maintains the power to shock. The filmâ€™s horrendous cruelty to animalsâ€”part of a fad in Italian genre cinema at the timeâ€”meant censors were legally obliged to ban it in places like the UK. The film is considered a masterpiece of cult cinema. 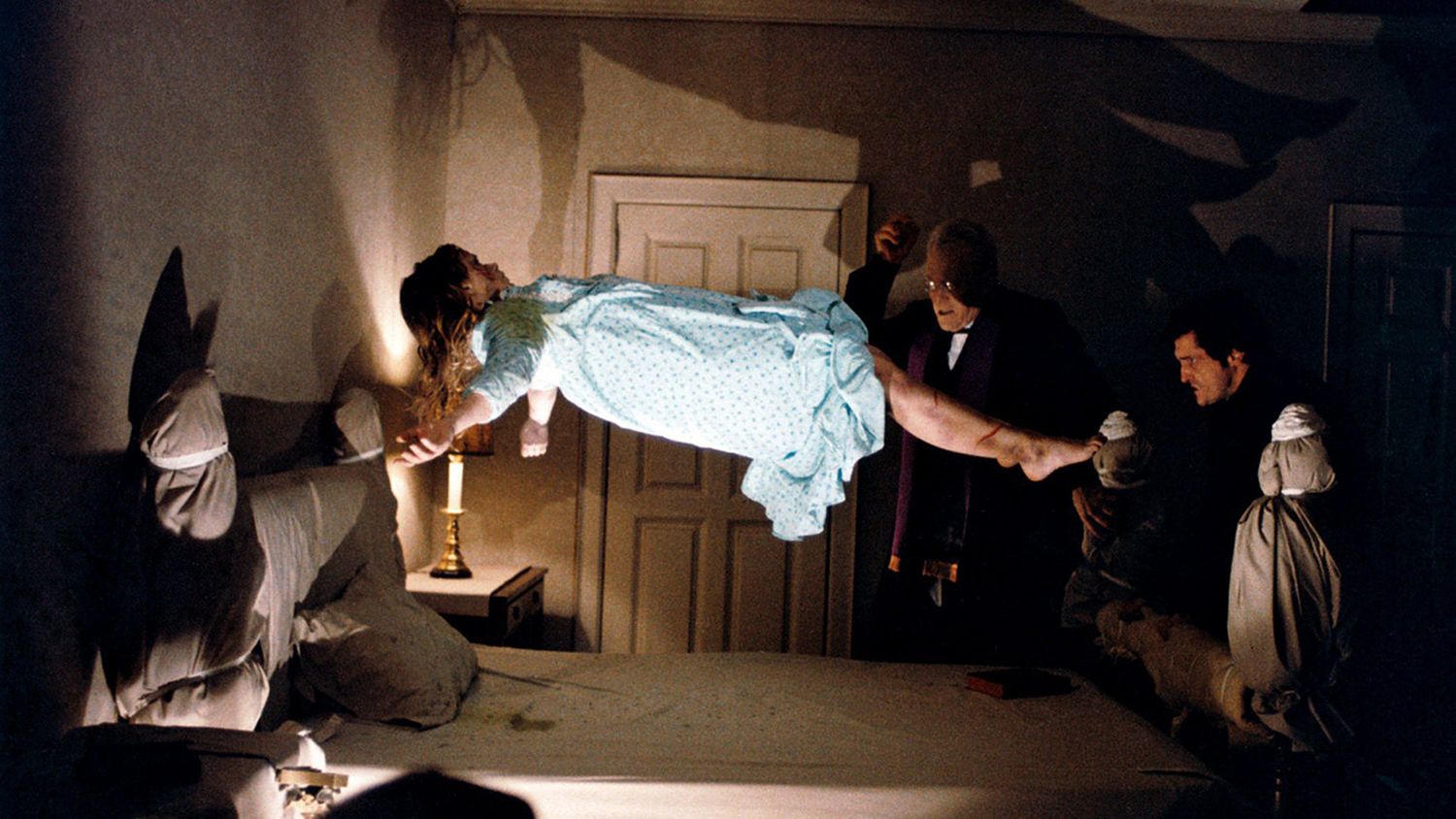 “The Exorcist” is a landmark horror film from the era of New Hollywood.

In the UK, William Friedkinâ€™s â€śThe Exorcistâ€ť was released in 1974 with an â€śXâ€ť certificate. Warner Bros. released the film again in 1981, on VHS, at that point in time videotapes were not certified under the purview of the BBFC. However, by the late 1980s, thanks to the 1984 Video Recordings Act, there were concerns among censors and religious groups, that the film could be harmful to viewers. â€śThe Exorcistâ€ť was effectively banned for 11 years, until 1998, when a 25th anniversary rerelease saw renewed interest and a call for the ban to be lifted. 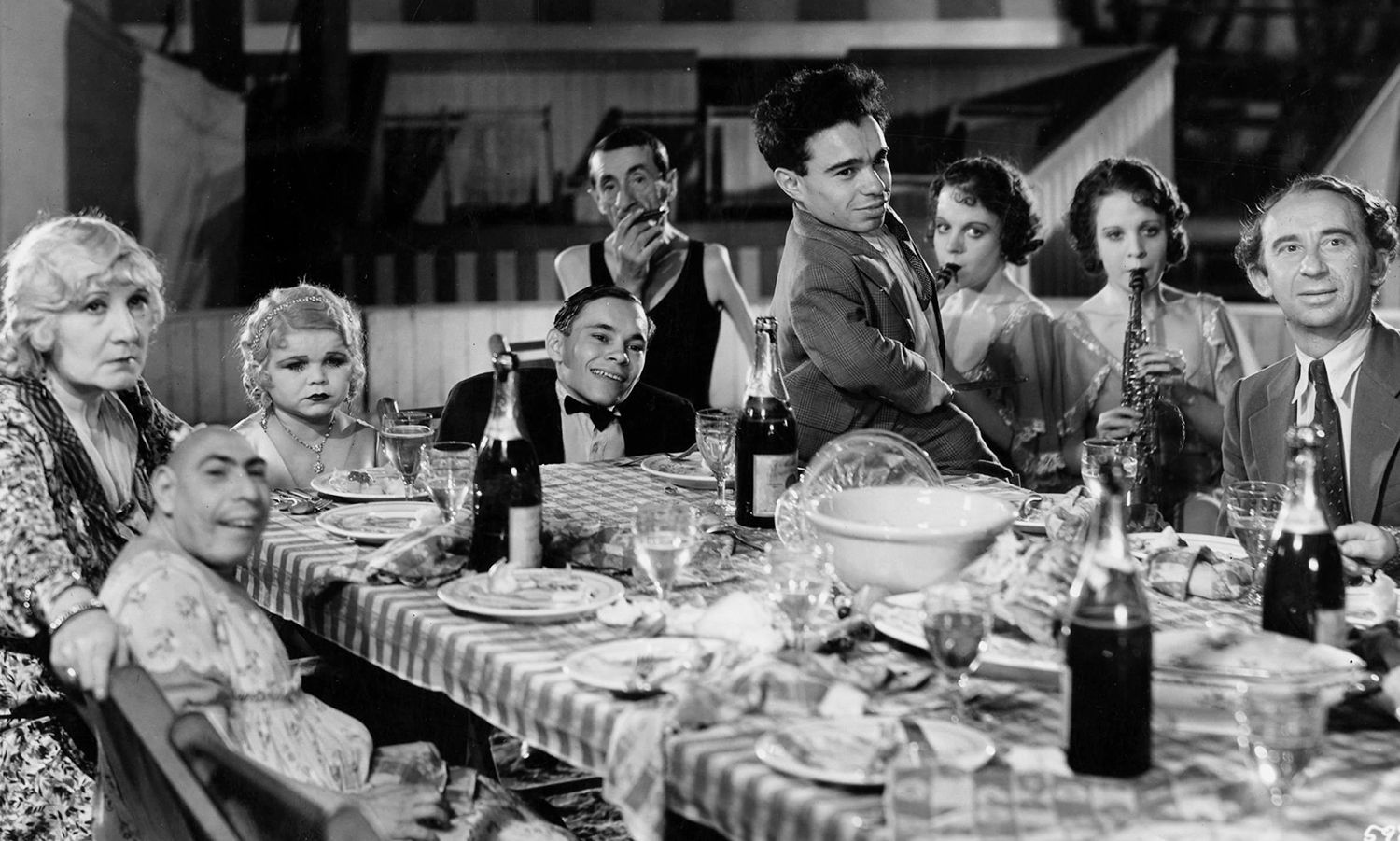 Tod Browning’s “Freaks” was made by the glitziest studio of all: MGM.

â€śFreaksâ€ť (1932) is another film which posed a problem to British censors. They felt the exploitation of deformed people for commercial gain was revolting, therefore denying it a release in the UK for over 30 years. It remains the longest banned movie in British history. When it was finally granted the â€śXâ€ť certificate, in 1963, the film was only shown in arthouse cinemas. â€śFreaksâ€ť is an unforgettable and unique horror movie, which cast famous sideshow performers with real disabilities. That it was made by MGMâ€”the most glamorous Hollywood studio of allâ€”seems totally bizarre, even today. 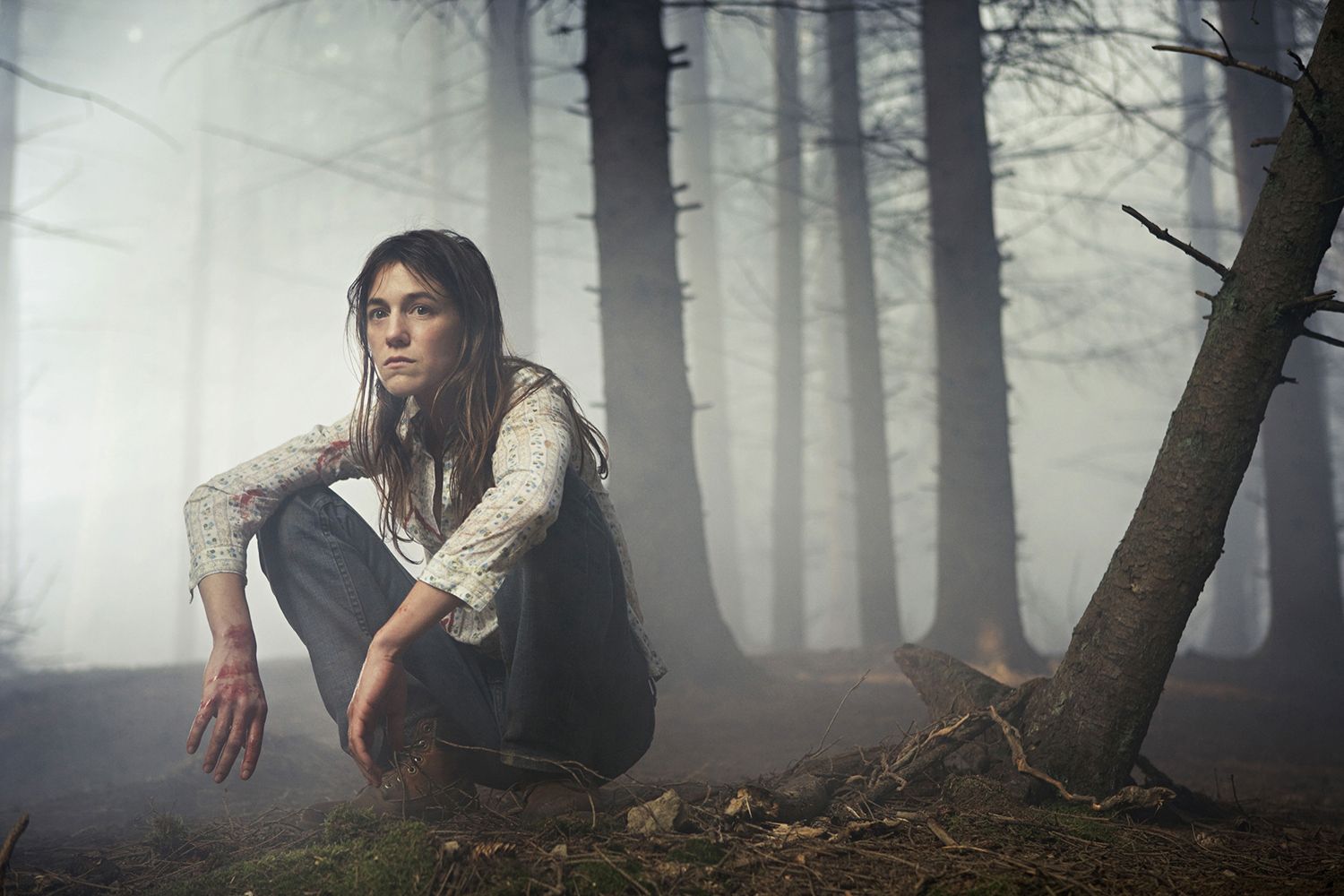 “Antichrist remains banned in France to this day.”

Lars von Trierâ€™s magnificently mad â€śAntichristâ€ť was banned in France seven years after its release (in 2009). The Cannes prize winner was targeted by a Catholic pressure group, Promouvoir, who argued in court, successfully, that the film needed to be reclassified to stop under-16s from seeing it. The court agreed, so now â€śAntichristâ€ť is stuck in limbo, awaiting a new certificate and therefore cannot be seen in cinemas, on television or bought on DVD until the case is cleared up. 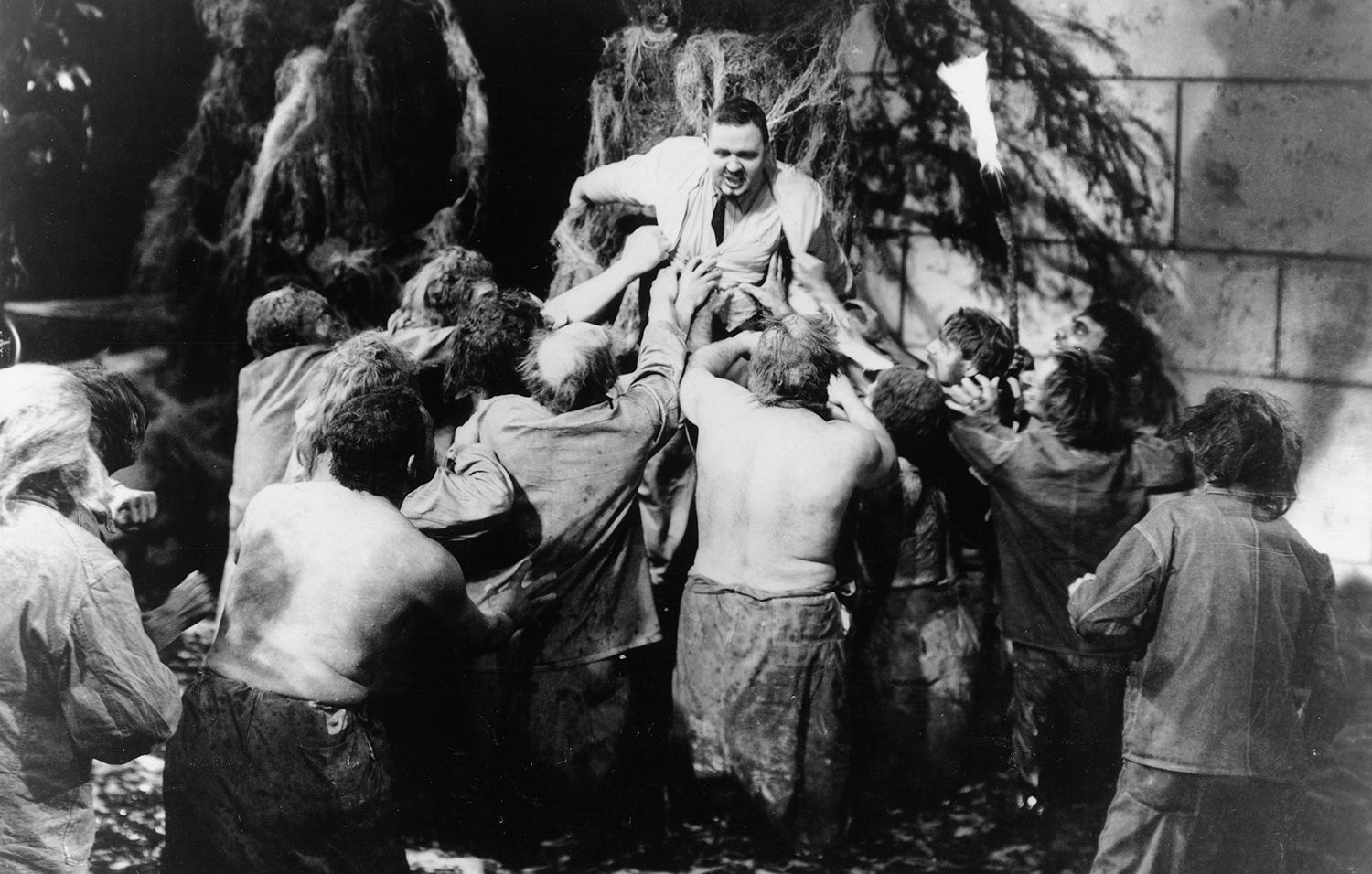 Charles Laughton as Dr. Moreau in “Island of Lost Souls.”

Erle C. Kentonâ€™s â€śIsland of Lost Soulsâ€ť (1932) was made at Paramount in 1932. Starring Charles Laughton, Richard Arlen, Leila Hyams (who also appeared in â€śFreaksâ€ť) and Bela Lugosi, it is said author HG Wells detested this adaptation of his famous sci-fi horror novel and the BBFC wasnâ€™t much keen either. They refused it a certificate several times, meaning it wasnâ€™t seen in Britain until 1958, 25 years after it was made. The inference of vivisection experiments and blasphemyâ€”Dr. Moreau likens himself to Godâ€”meant the censors found this marvellously transgressive sci-fi horror problematic for a very long time. 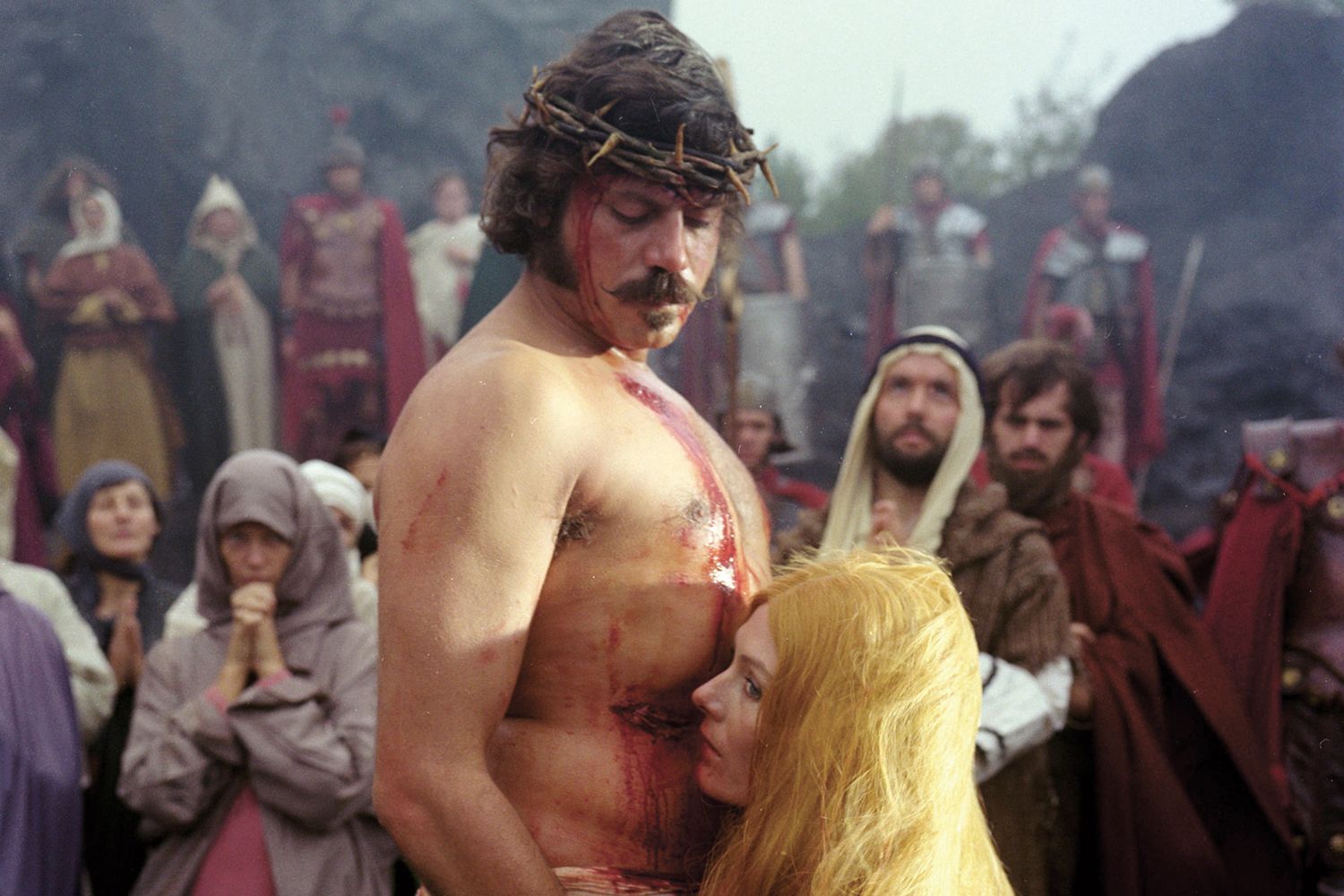 Ken Russellâ€™s â€śThe Devilsâ€ťâ€”a nightmarish tale of politics and religious mania in 17th century Franceâ€”frightened Warner Bros. studio execs, when they sat down to watch the directorâ€™s original cut. They found the content was too extremeâ€”including what is now known as the infamous â€śRape of Christâ€ť sequenceâ€”so demanded a series of cuts. What we have here is a rare case of a movie studio banning something theyâ€™ve made. Almost 50 years on, Warners still wonâ€™t release the original version, even though times and tastes have changed. 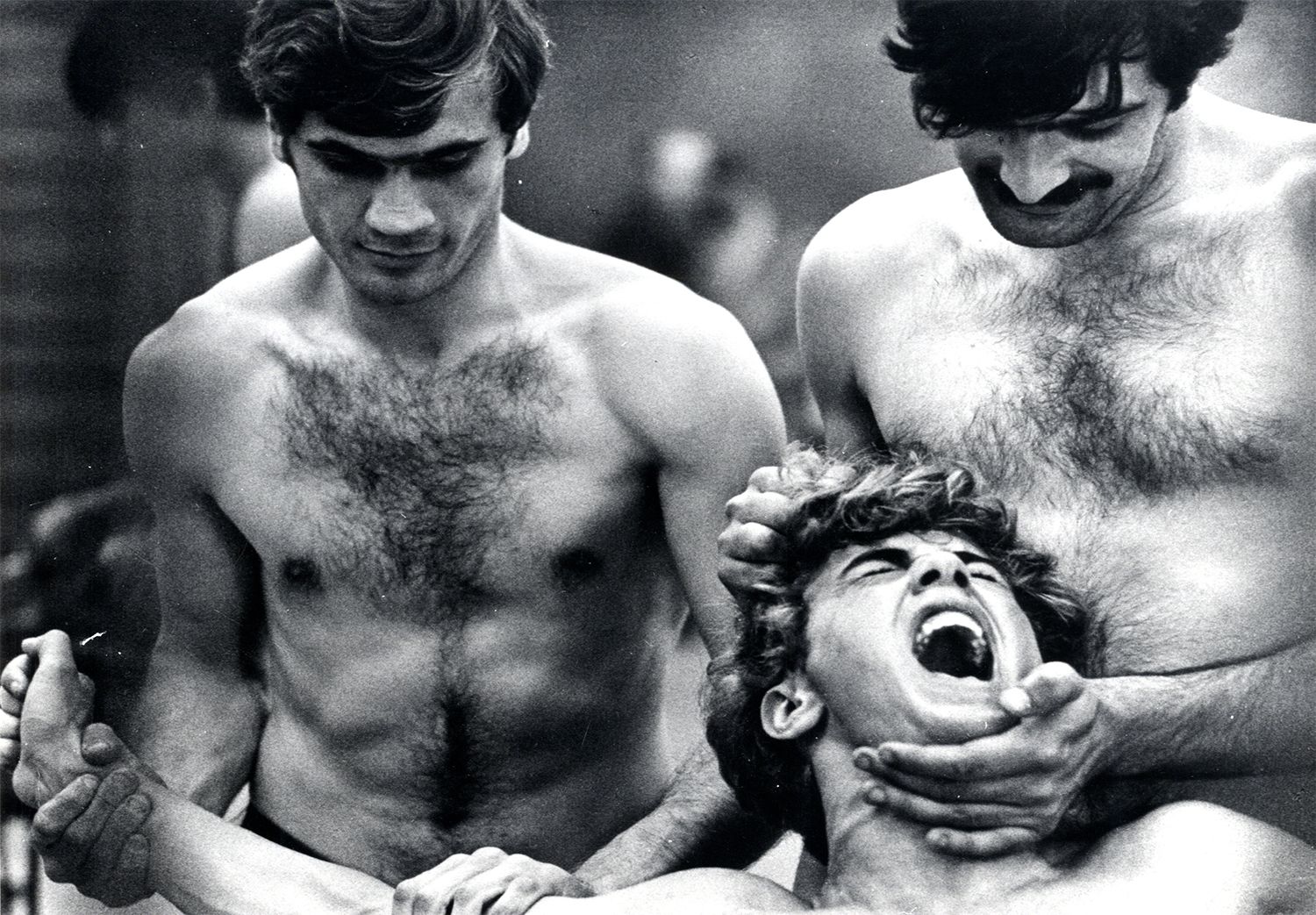 Director Pier-Paolo Pasolini was murdered not long after making “SalĂ˛.”

Pier Paolo Pasoliniâ€™s 1975 nightmarish political allegory is a tough watch. Based on the Marquis de Sadeâ€™s â€ś120 Days of Sodomâ€ť and set in fascist Italy during WW2, when the film was first shown in the UK without a BBFC certifcate, in 1977, police raided the venue and charged the owner with breaking obscenity laws. The BBFC had officially refused it a certificate in 1976, with James Ferman, the chief censor, deciding the film â€śis quite certainly shocking, disgusting and revoltingâ€”even in the legal senseâ€”but it is meant to be.â€ť The film was finally passed uncut in 2000.