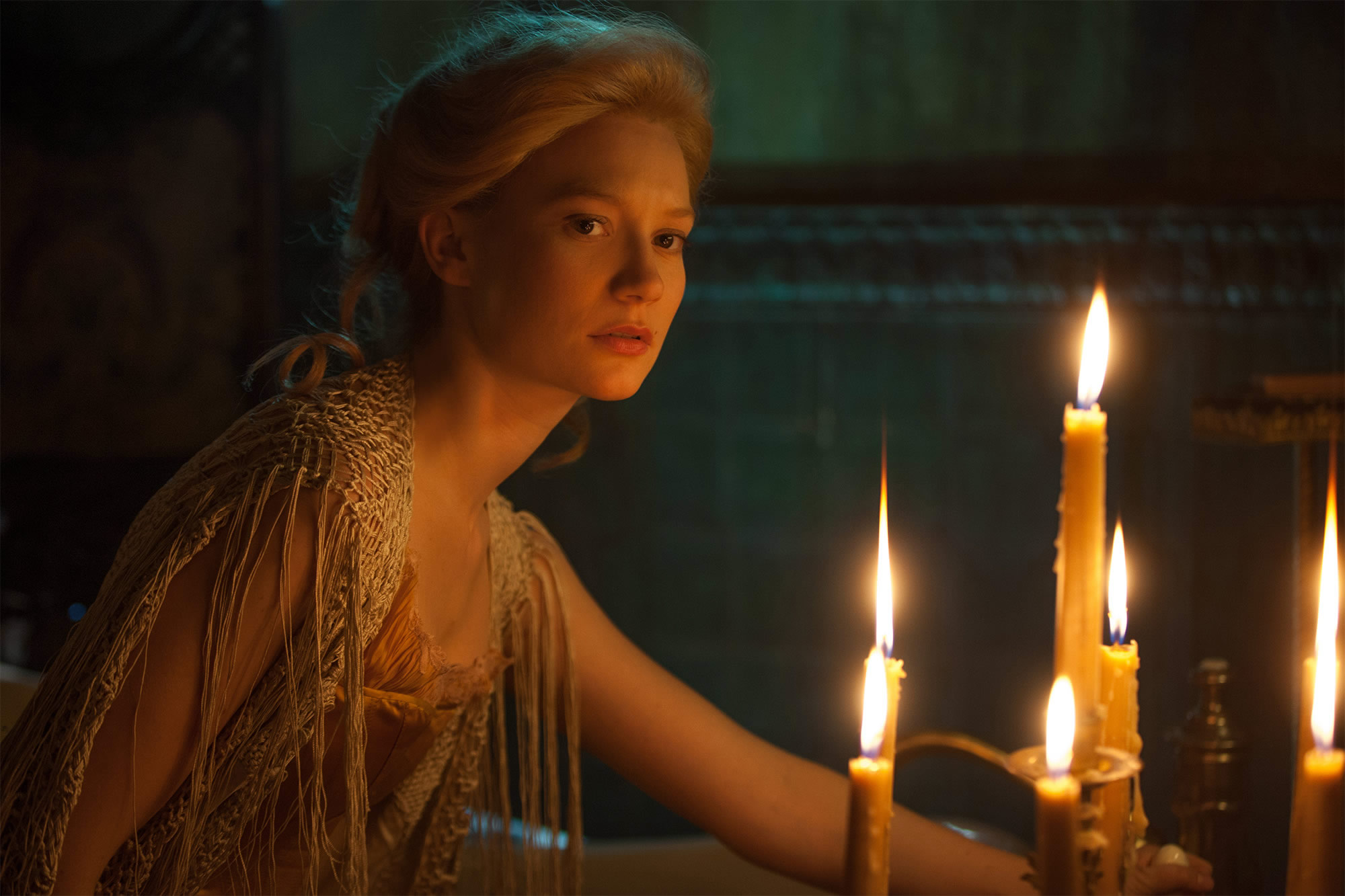 Cult movies go against the grain in a host of different ways. What makes them ‚Äúcult‚ÄĚ can be down to different and varied sets of criteria.

One key aspect is devout fans. Plenty of films fail on release and find an audience much later on down the road. As US writer Armond White once sagely noted: ‚ÄúNo movie is ahead of its time, just ahead of cultural gatekeepers.‚ÄĚ Yet it‚Äôs equally true of the cult movie, that it can be a critical success and the audience is nowhere to be be found.

Illusion magazine gazed into its crystal ball and selected ten recent movies which have cult movie potential written all over them. 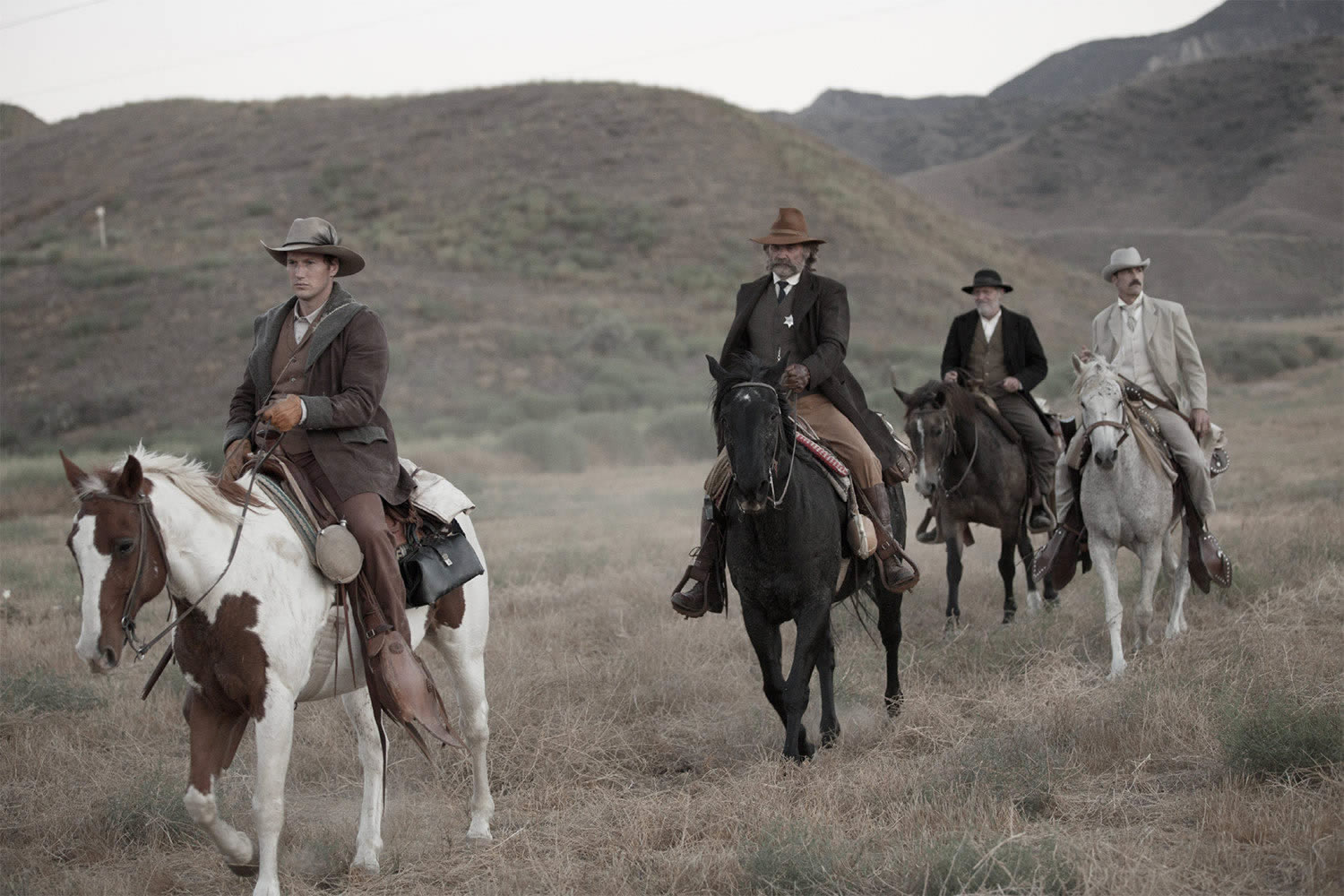 S. Craig Zahler, a former musician and novelist, made his directorial debut with “Bone Tomahawk.”

S. Craig Zahler‚Äôs superb directorial debut comes on like a Howard Hawks western, only its final reel was accidentally spliced with ‚ÄúThe Texas Chain Saw Massacre‚ÄĚ (1974). The switch from guys-on-a-rescue-mission into revolting cannibal feast shouldn‚Äôt work at all. But it does. Magnificently so. Kurt Russell, Richard Jenkins, Patrick Wilson and Matthew Fox star as the posse heading across the prairie and into the bellies of a cave-dwelling tribe. 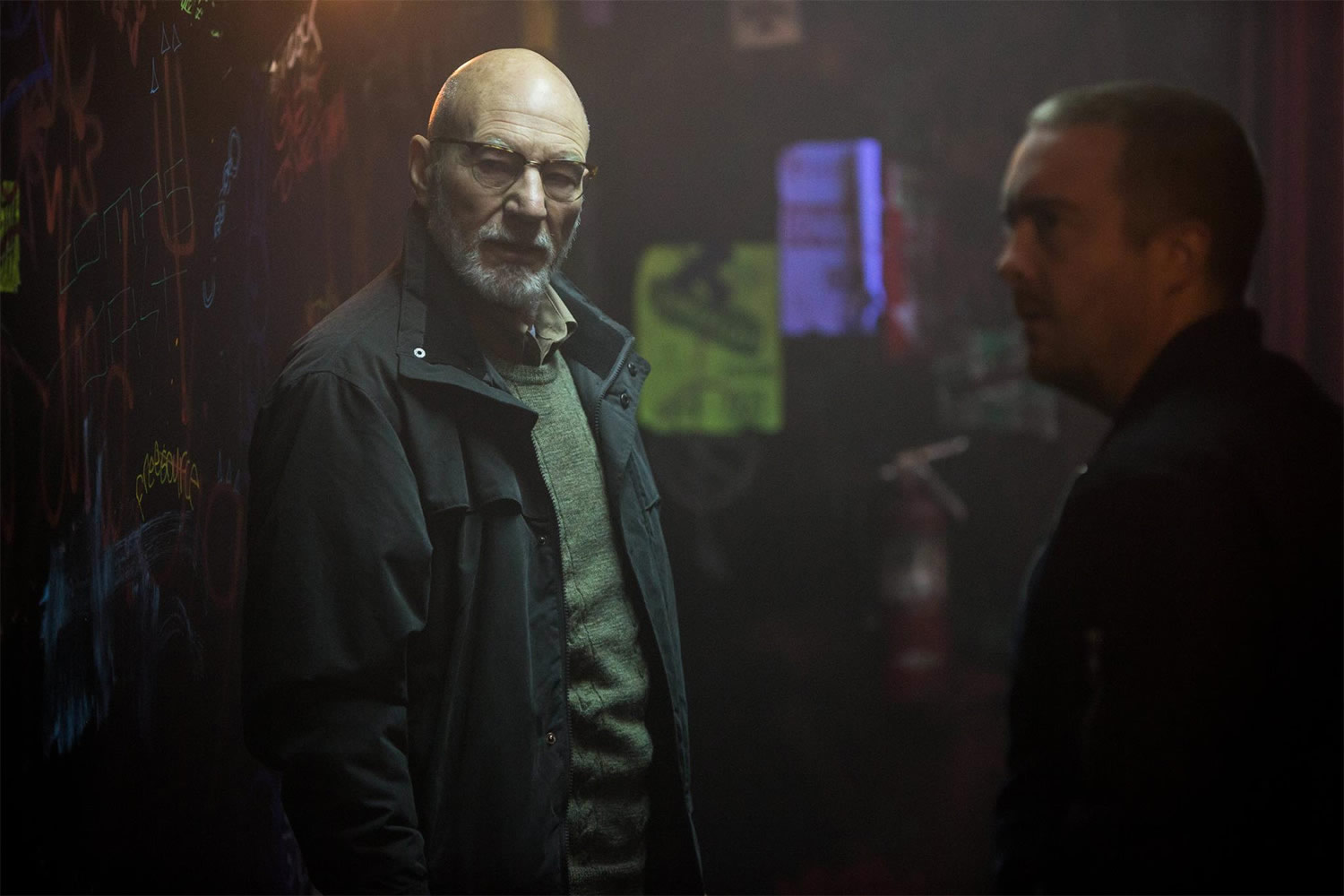 A punk band turn up to a gig and realize they‚Äôre playing for a bunch of neo-Nazis. Feeling a little bit mischievous, they launch into a cover of Dead Kennedys‚Äô anti-fascist anthem, ‚ÄúNazi Punks Fuck Off.‚ÄĚ Things turn far worse when, post-gig, they witness a murder. Featuring cool characters, lots of blood and guts and an unusual role for Patrick Stewart, ‚ÄúGreen Room‚ÄĚ is all set for future cult-classic status. 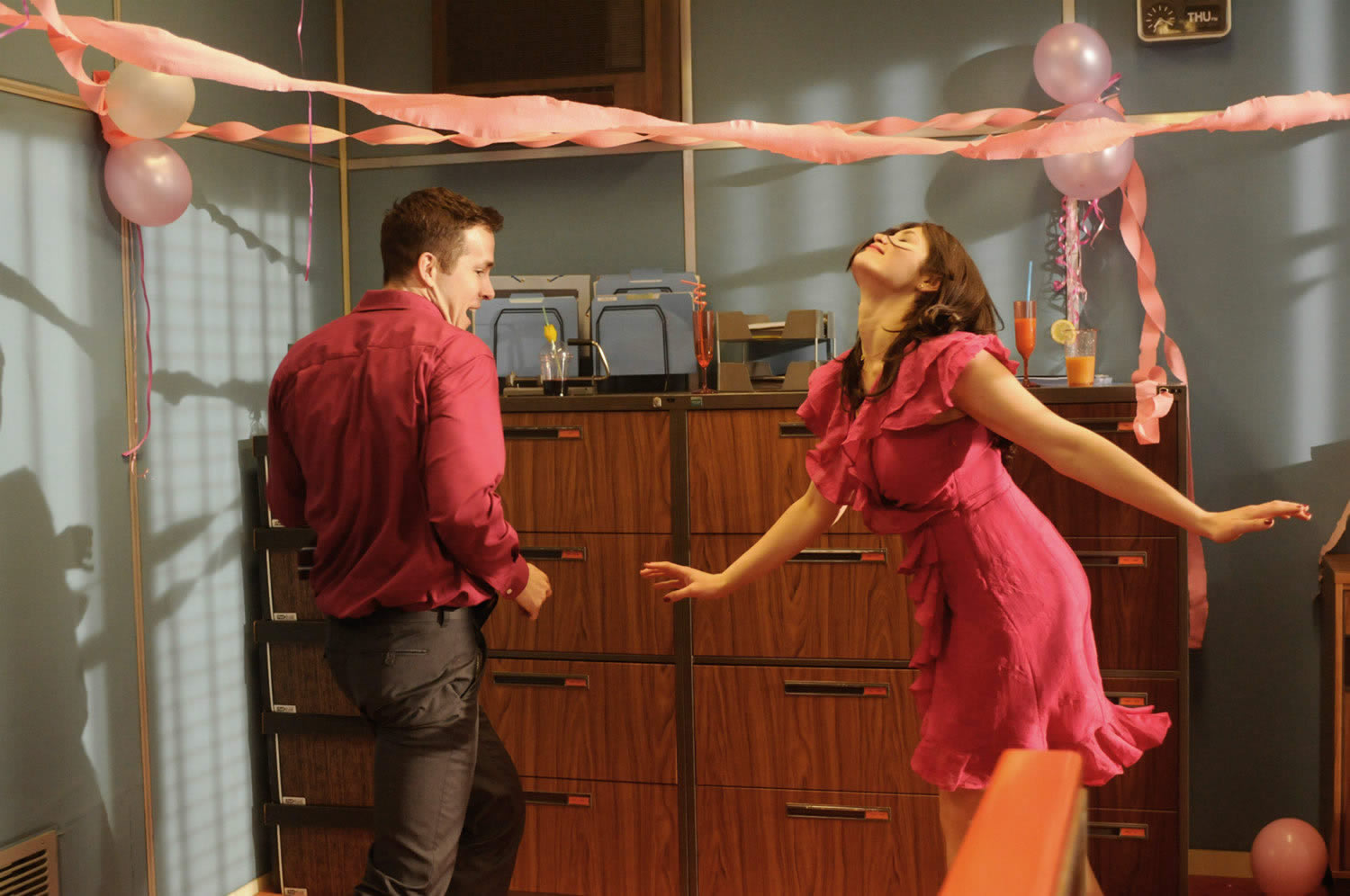 Marjane Satrapi‚Äôs “The Voices” is the very peculiar and colorful tale of a small-town serial killer. 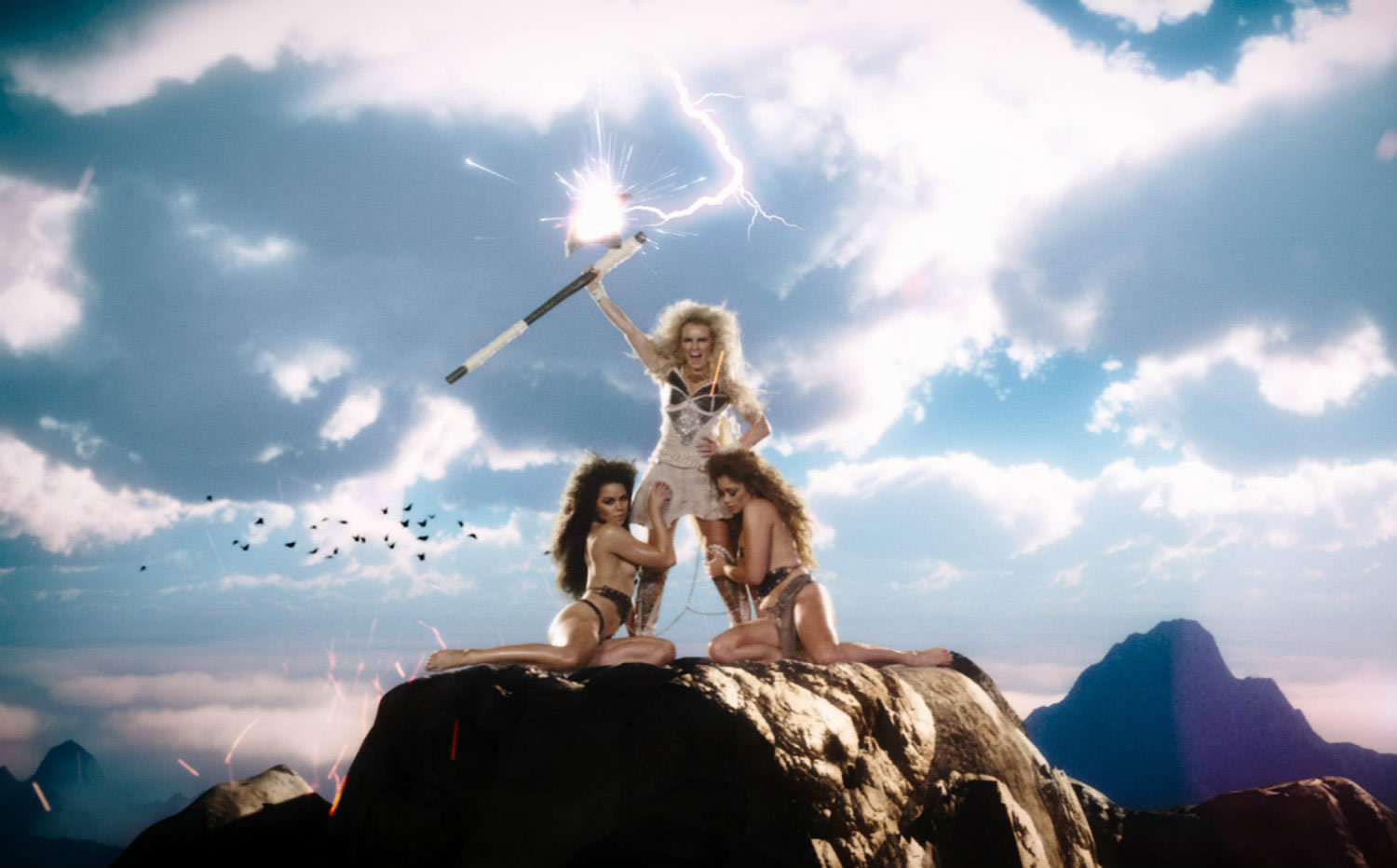 “Deathgasm” is a bromance comedy about the power of heavy metal and friendship.

New Zealand is currently the best place in the world for horror comedies. ‚ÄúDeathgasm‚ÄĚ (2015) by Jason Lei Howden is the story of a teenage metal band accidentally kicking off the apocalypse and having to fight demonically possessed zombies let loose in the neighborhood. If you love films like ‚ÄúEvil Dead‚ÄĚ and Peter Jackson‚Äôs ‚ÄúBraindead‚ÄĚ (aka ‚ÄúDead Alive,‚ÄĚ 1992) you‚Äôll bloody love ‚ÄúDeathgasm.‚ÄĚ 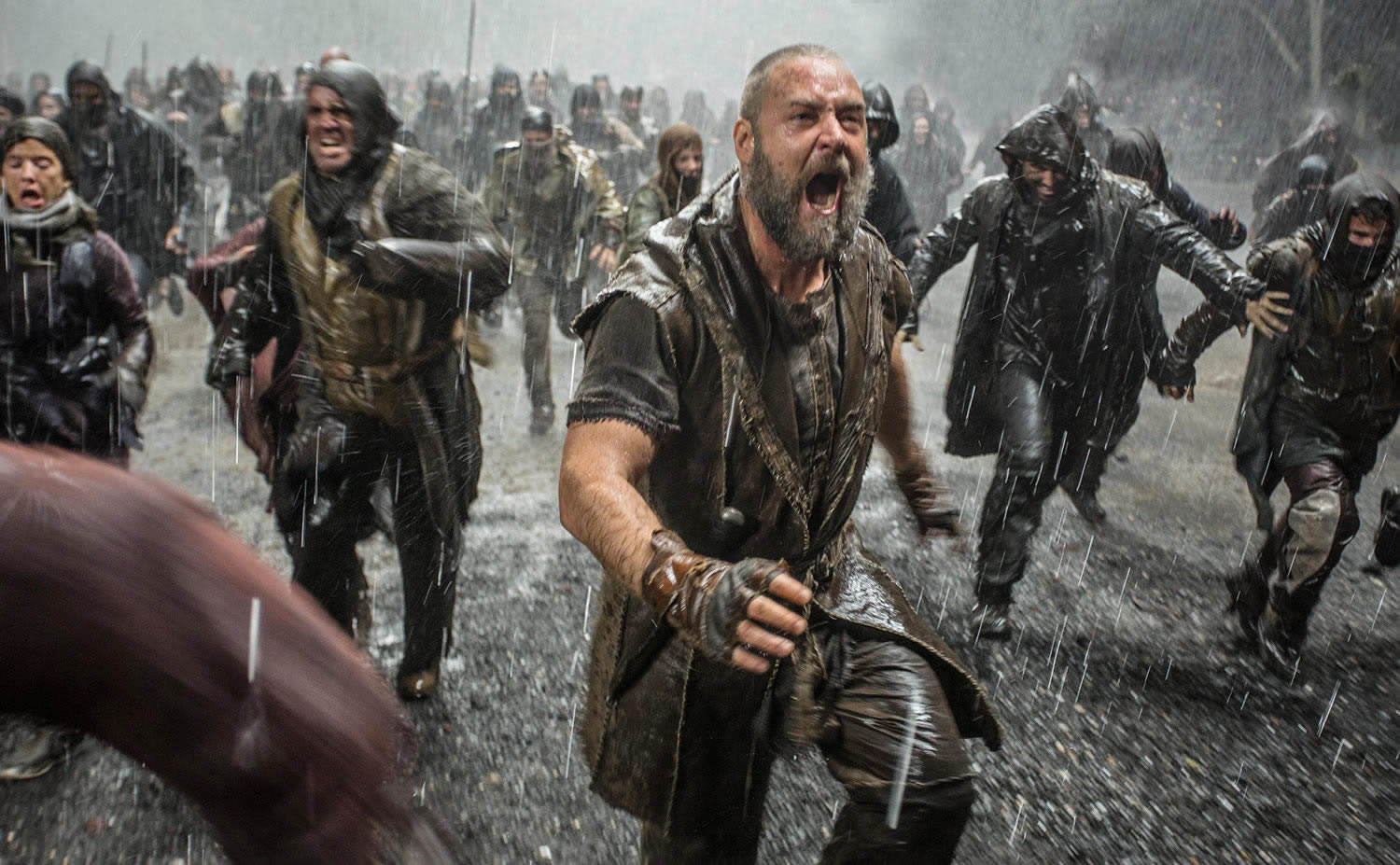 Russell Crowe headlined the blockbuster retelling of Noah and the Ark.

Giving Darren Aronfosky $100 million and change to make a Biblical epic about Noah‚Äôs Ark was a risky move. ‚ÄúNoah‚ÄĚ (2014), as it turned out, was pretty batshit crazy (the film features giants made out of boulders), visually astounding and gave Russell Crowe a really great role to sink his teeth into. It‚Äôs a Bible story shot almost like a ‚ÄúMad Max‚ÄĚ movie. 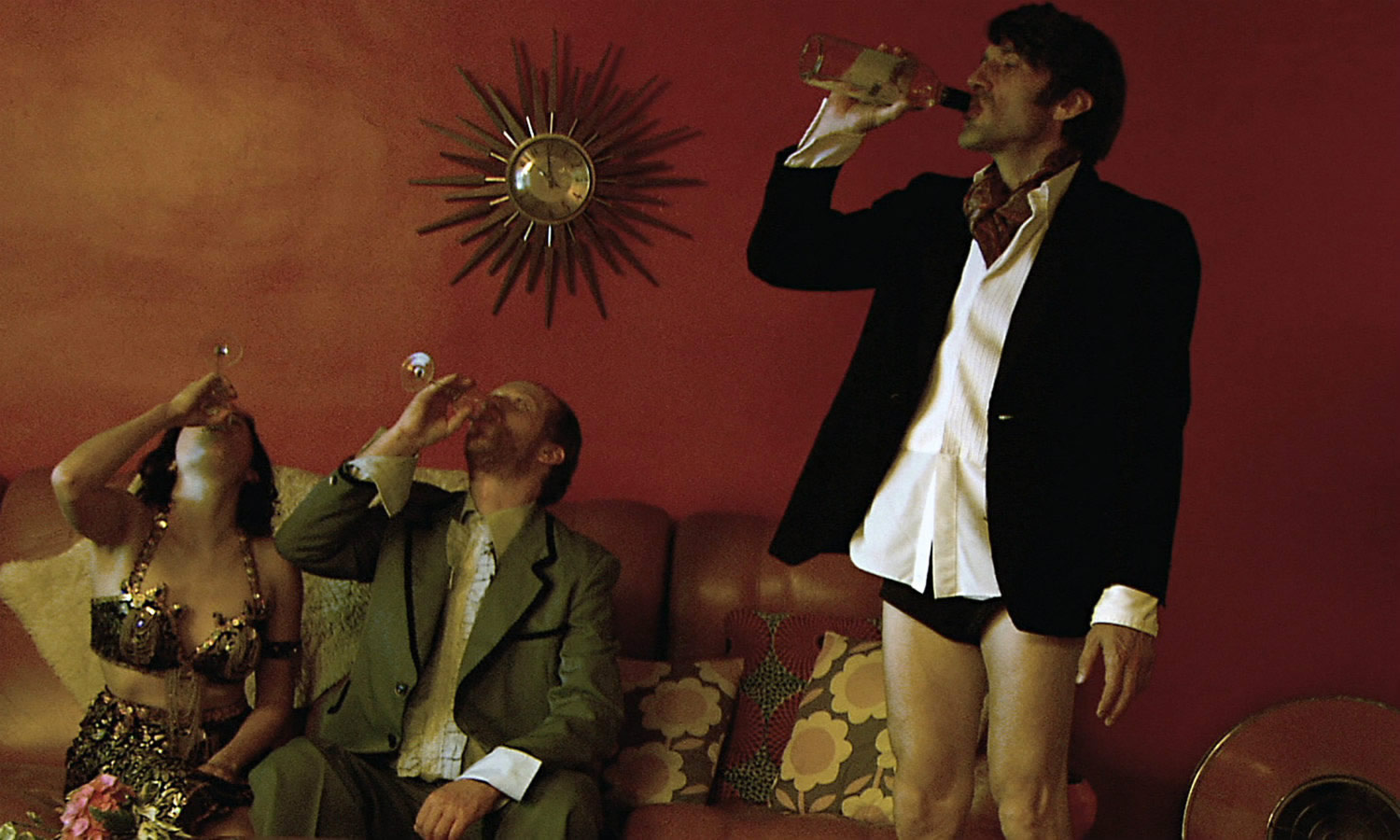 Steve Oram‚Äôs singular urban tale is one of the most eccentric British films in years.

All dialogue in Steve Oram‚Äôs micro-budget family drama is delivered in animalistic grunts, sighs, whistles and calls. For some, upon realising this crucial factor, they‚Äôll disengage immediately. ‚ÄúAaaaaaaah!‚ÄĚ (2015) mixes up a gangster movie plot with aspects of a wildlife documentary and ancient mythology. Shot like a Dogme 95 film and set in south London, Oram‚Äôs film is a singular piece of work. 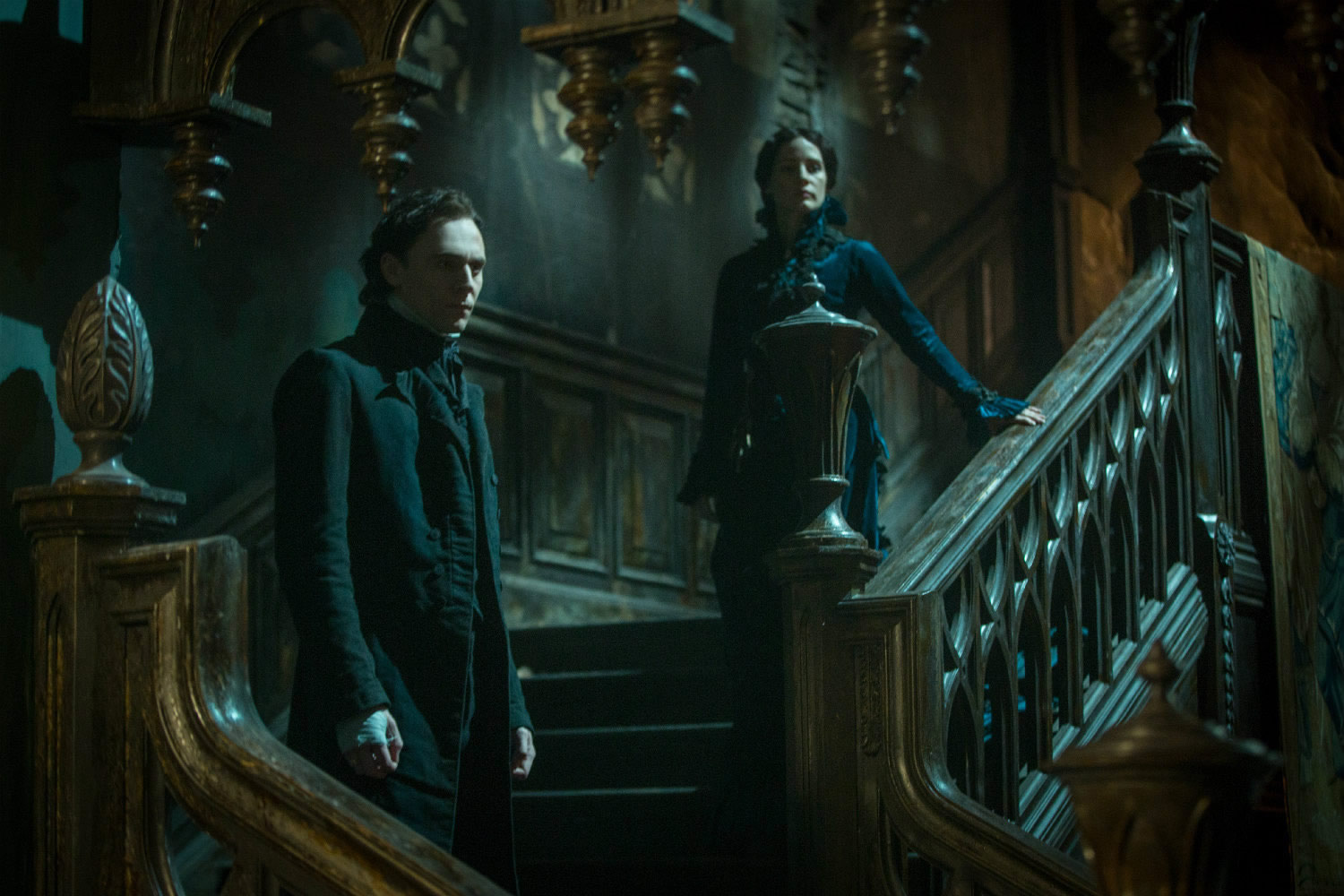 Tom Hiddleston and Jessica Chastain as the English aristocrats up to no good in “Crimson Peak.”

Guillermo del Toro‚Äôs gothic romance (don‚Äôt call it a horror film!) received mixed reviews, when released in October 2015. Yet already it has die-hard fans and it‚Äôs easy to see this one growing into a genuine cult obsession. While it lacks a certain dramatic weight, the sets, costumes and performances are uniformly excellent. The cinematography, too, especially the vivid lighting‚ÄĒall absinthe greens, flame oranges and velvety blues‚ÄĒis magical. 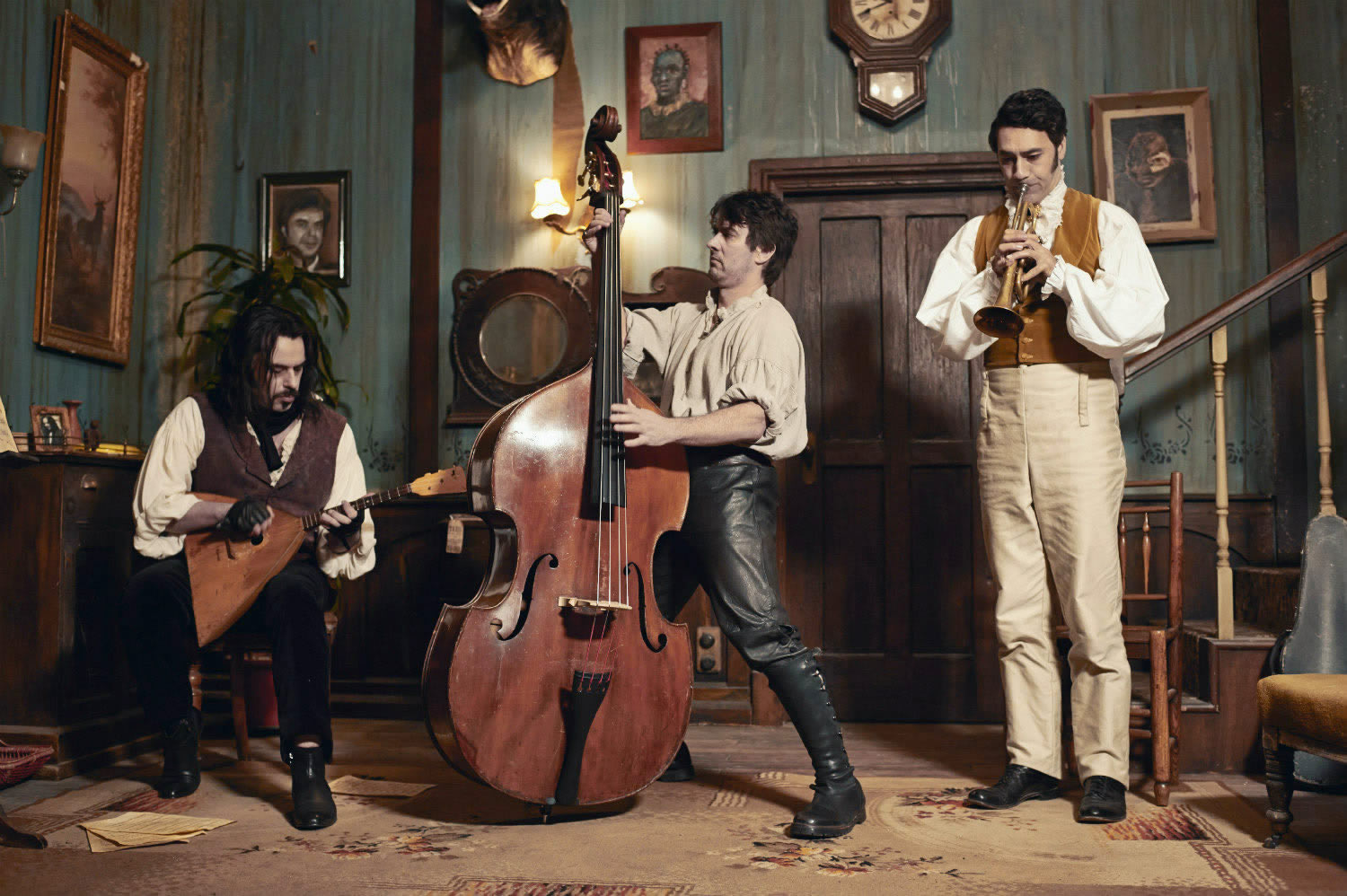 Four vampires agree to be the subject of a fly-on-the-wall documentary in “What We Do in the Shadows.”

What We Do in the Shadows

Four male, centuries-old vampires house-sharing in a quiet suburb of Wellington, New Zealand, open their doors to a film crew. ‚ÄúWhat We Do in the Shadows‚ÄĚ (2014) is a superb mockumentary packed with memorable dialogue (“I think we drink virgin blood because it sounds cool”) and laugh-out-loud scenes (a vampire bidding for a table off Ebay). Taika Waititi, the film‚Äôs co-director and co-writer, steals the show as the sweet-natured and hopeless romantic vampire, Viago. 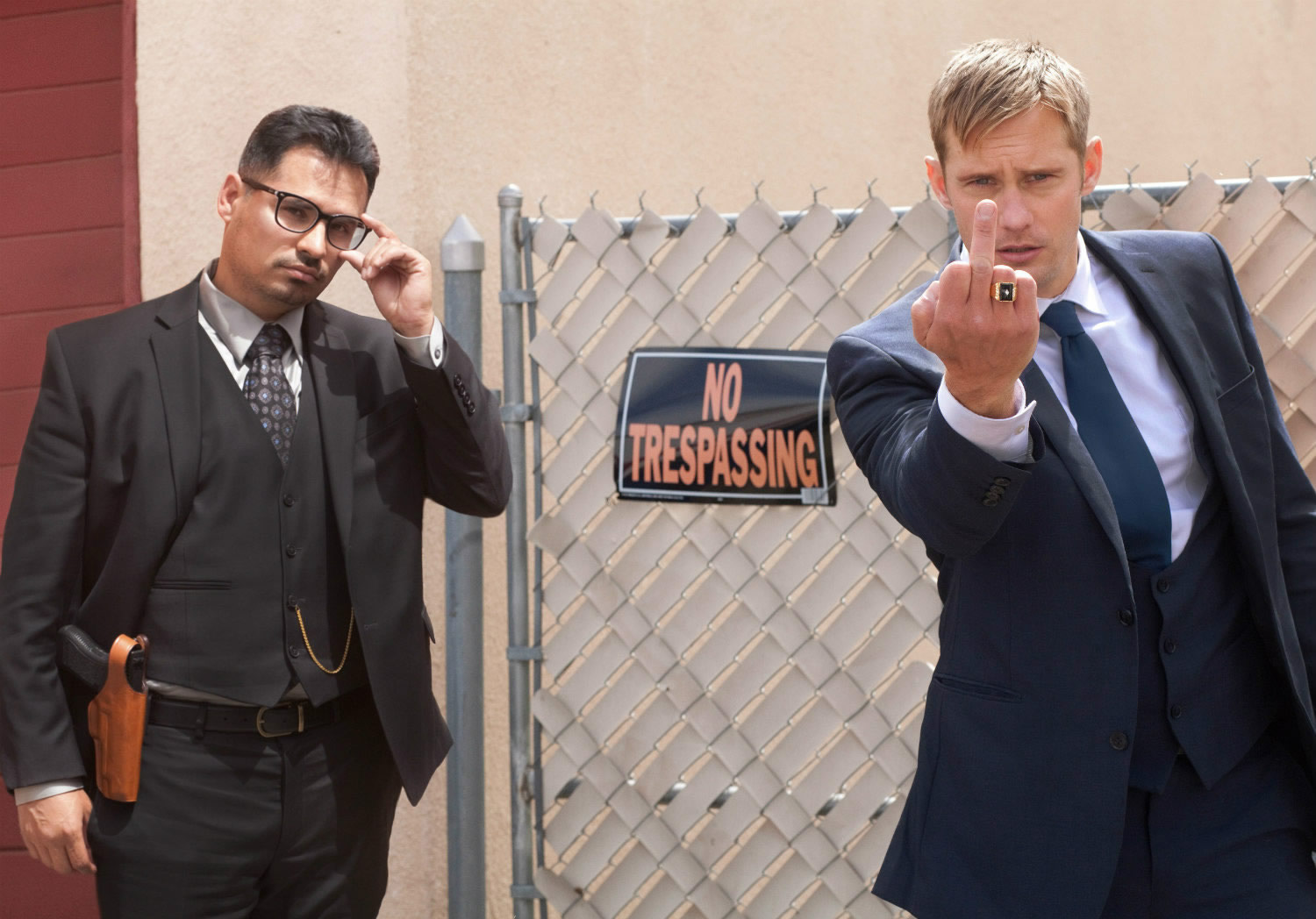 Making its world premiere at February‚Äôs Berlinale and receiving mixed reviews, John Michael McDonagh‚Äôs ‚ÄúWar on Everyone‚ÄĚ pokes fun at the hyper-masculinity of beloved cop thrillers with the two leads, played by Alexander Skarsg√•rd and Michael Pe√Īa, making ‚ÄúDirty‚ÄĚ Harry Callaghan and Lethal Weapon‚Äôs Martin Riggs look like model citizens. For all that doesn‚Äôt work‚ÄĒthe redemptive third act is seriously contrived‚ÄĒthere is enough in it to stake a claim and suggestion ‚ÄúWar on Everyone‚ÄĚ has potential cult credentials. 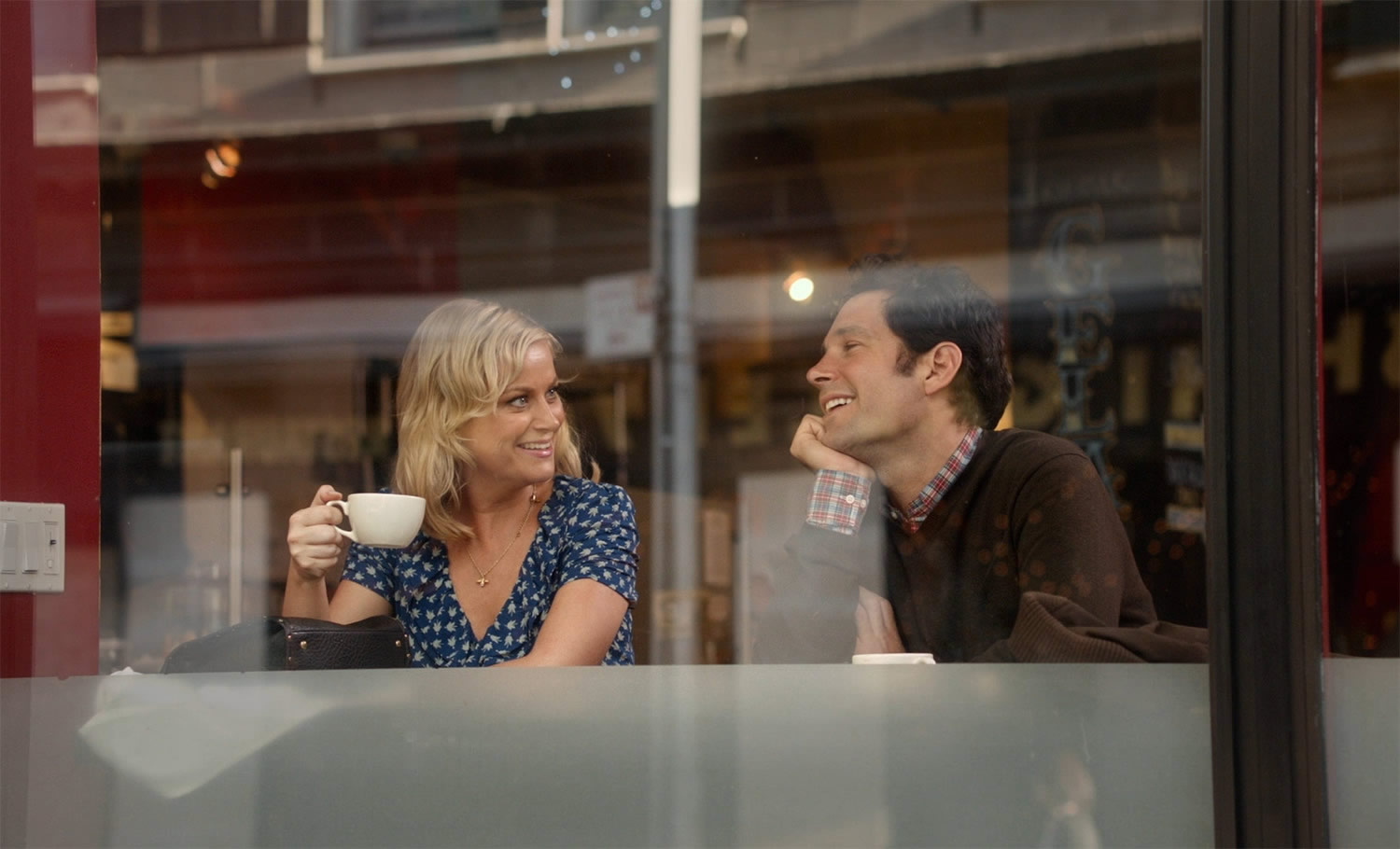 David Wain‚Äôs absurdist take on the rom-com format is also the best rom-com of the 21st century to date.

David Wain already has one confirmed cult favourite under his belt‚ÄĒ2000‚Äôs ‚ÄúWet Hot American Summer‚ÄĚ‚ÄĒbut does his excellent rom-com deconstruction ‚ÄúThey Came Together‚ÄĚ have the chops to draw a cult crowd? It definitely should. Wain‚Äôs brand of humour is absurd and often filthy, but also endearingly goofy. Paul Rudd and Amy Poehler headline a romantic comedy for the ages.