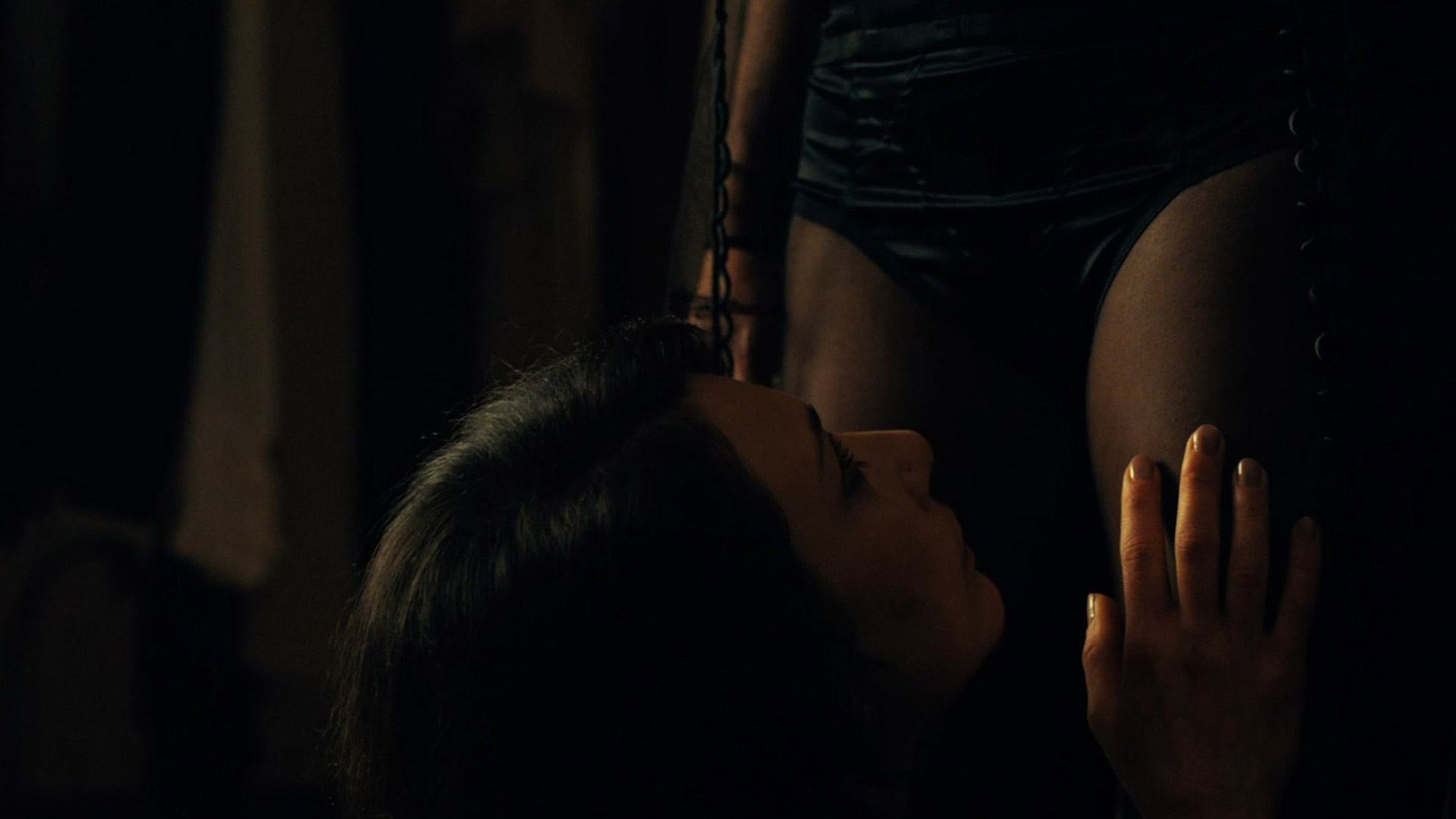 Desire is fluid and fluctuating, and few forces are as powerful in their influence over our bodies and minds. Deriving from eros, the Greek word for desire, eroticism is the philosophical examination of love and desire as they manifest in literature, photography, film, and other art forms. Eroticism charges human stories with tenderness and connection, rage and desolation, and everything in-between.

Top: “The Duke of Burgundy” poetically explores the crossroads of power and pleasure. 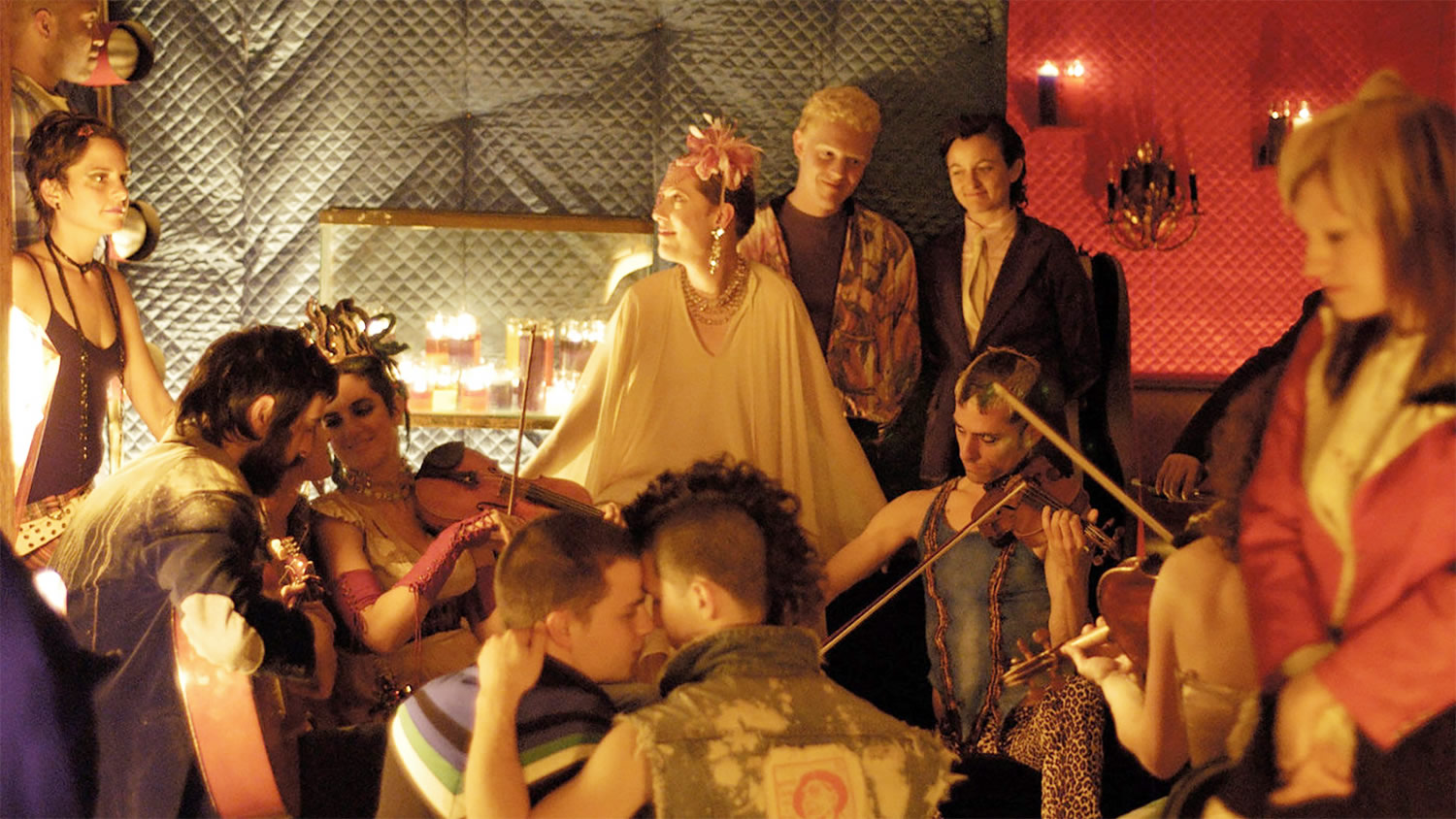 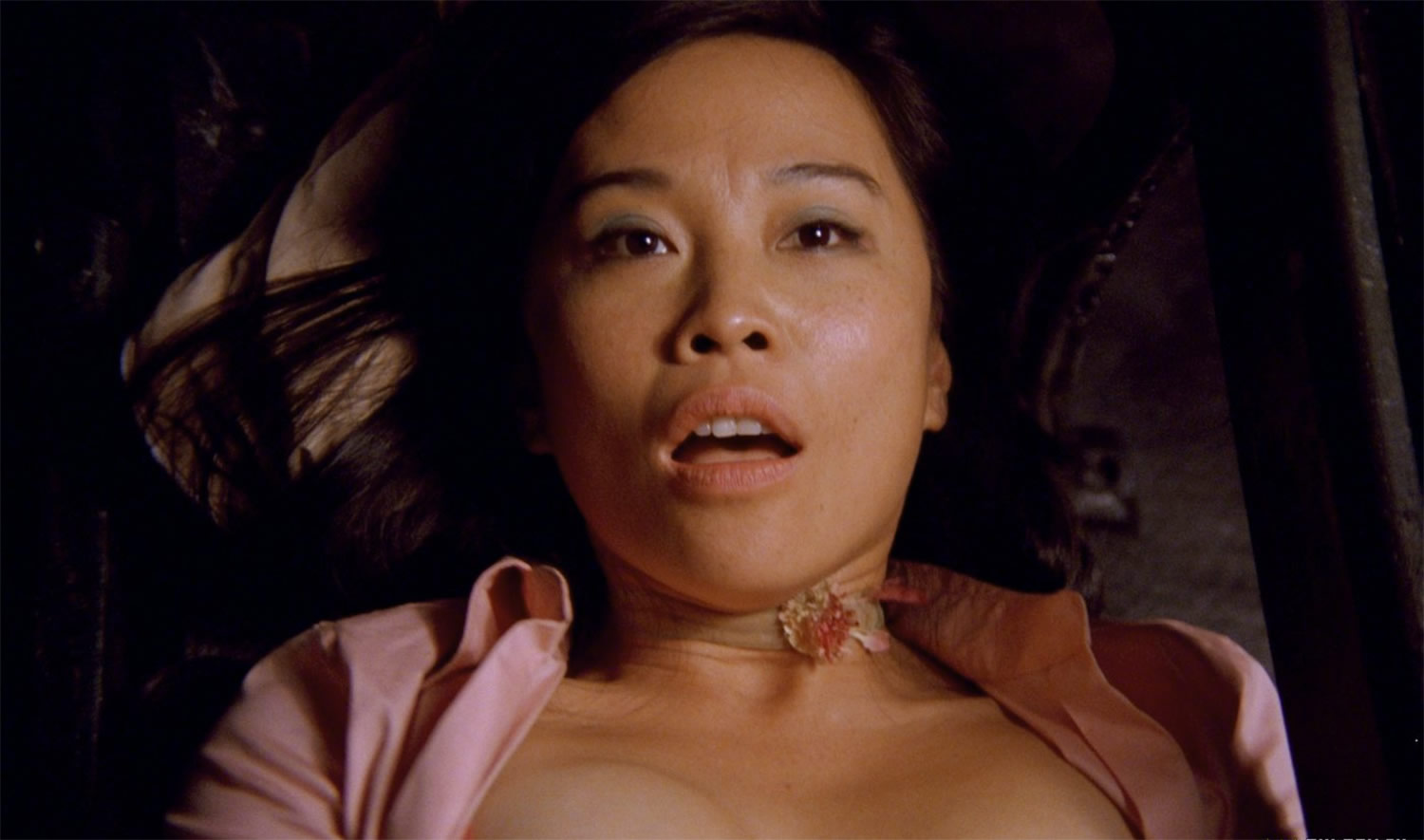 Shown in the bottom image is Sofia Lin (Sook-Yin Lee), a couples counselor/sex therapist who is unable to achieve an orgasm. 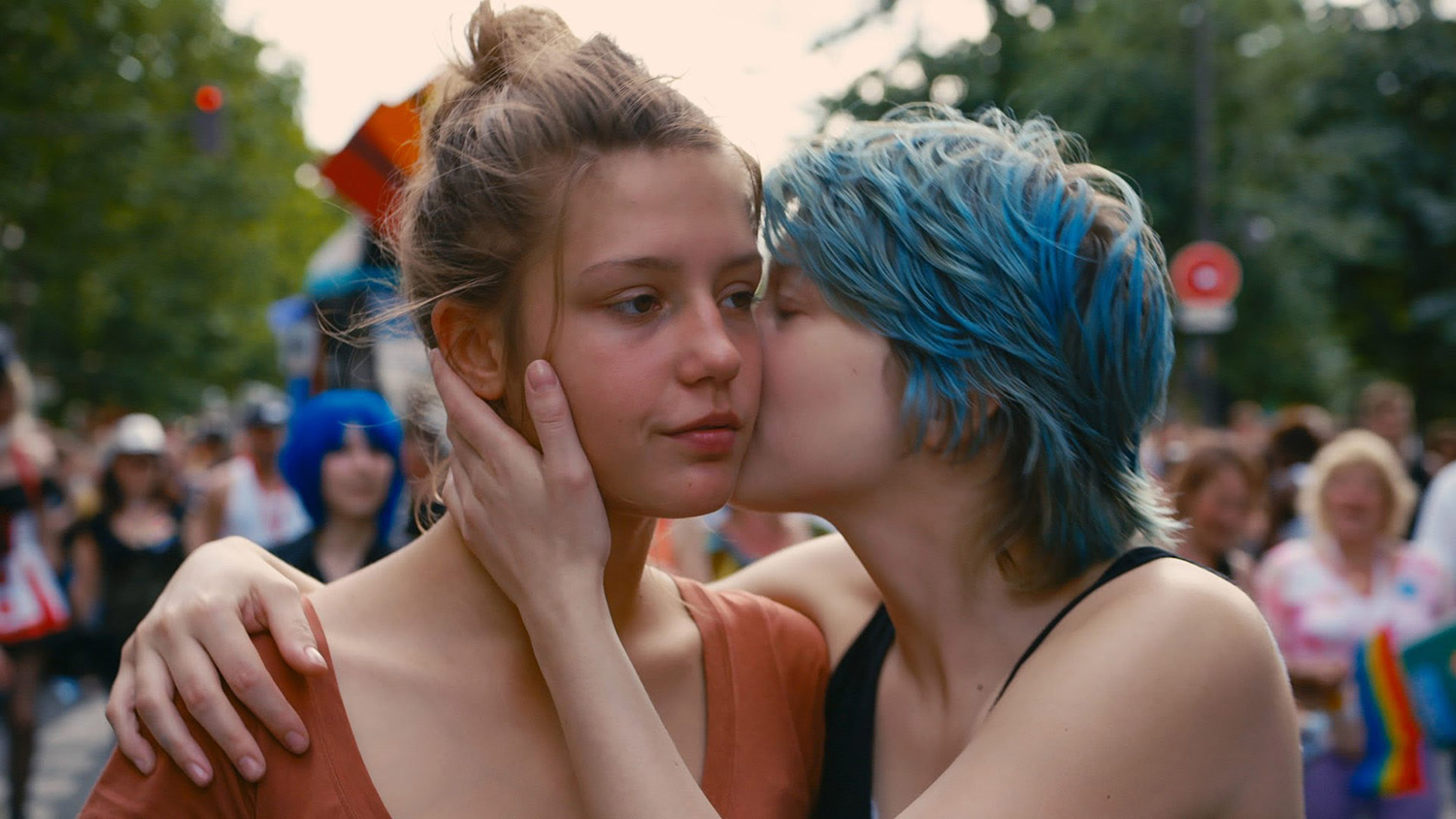 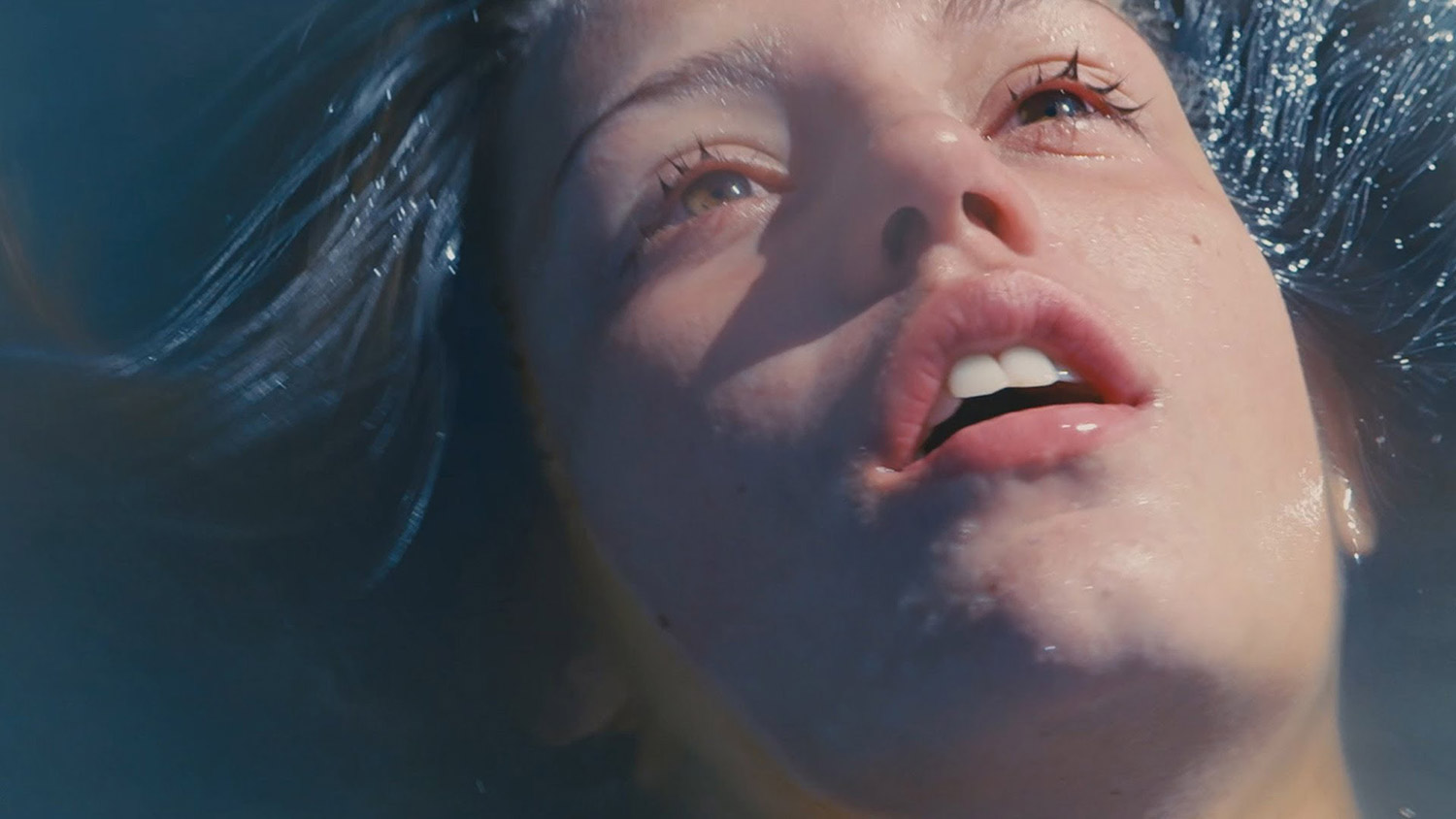 āBlue Is the Warmest Colorā is an adaptation of Julie Marohās French graphic novel of the same name.

Blue Is the Warmest Color

In this three-hour coming-of-age story, Abdellatif Kechiche uncovers the hurdles and heartbreaks that can underlie the most passionate of connections. AdĆØle (AdĆØle Exarchopoulos) is a high school student who, after finding herself dissatisfied with heterosexual encounters, falls in love with Emma (LĆ©a Seydoux), an aspiring painter. At one point the two womenĀ discuss Sartreās philosophy on existence preceding essence; as Emma explains, “Weāre born, we exist, and we define ourselves by our actions.” Together, the couple explores desire and love as motivating drives on the path to self-actualization. While critically-acclaimed, it is important to note that many considered the movieās sex scenes gratuitous, pornographic, and an unrealistic depiction of lesbian sex. 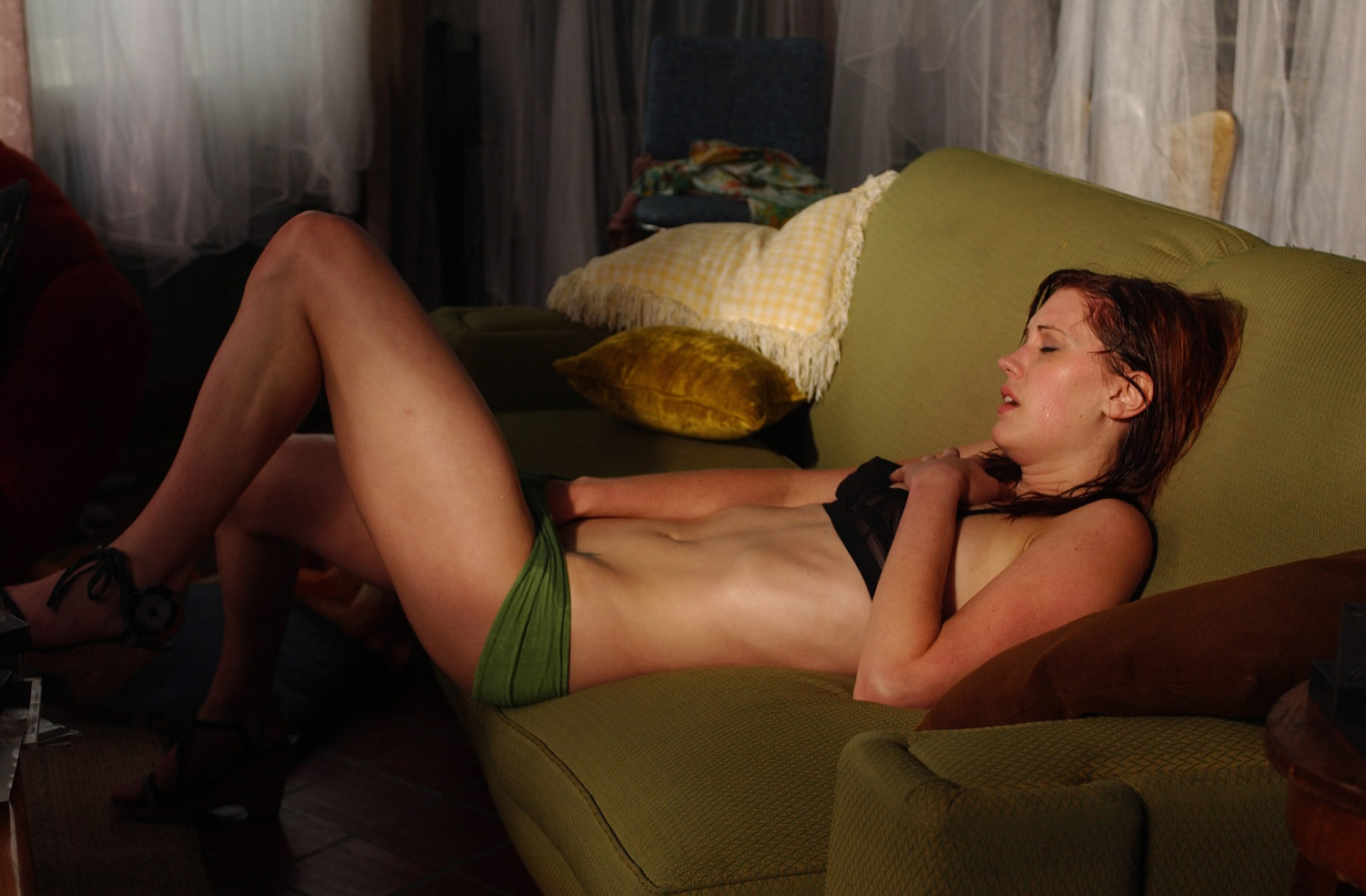 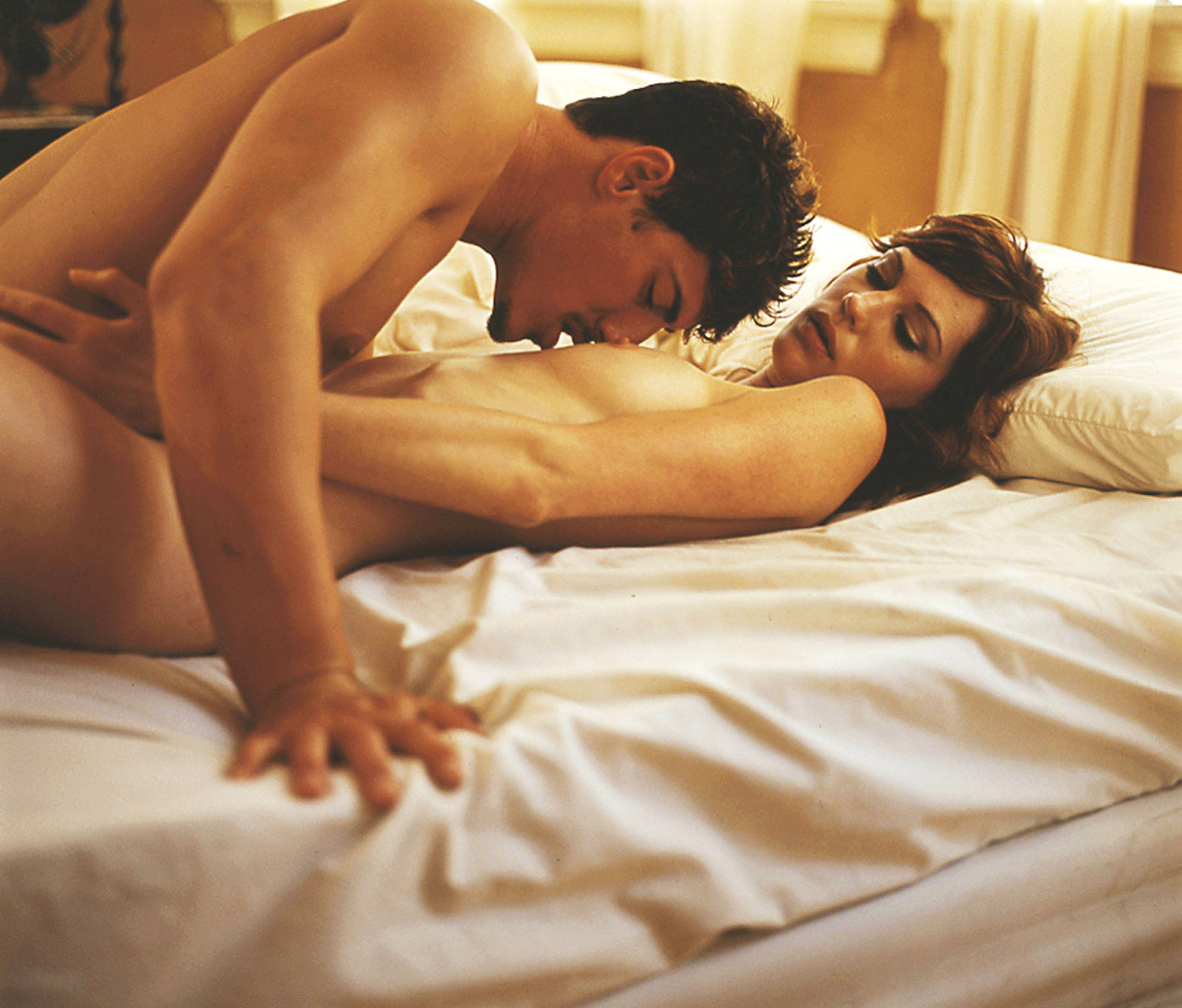 Set and shot in Toronto, the cityās hazy-hot summer adds eroticism to the coupleās sultry affair.

āI didnāt know how to love him. I only knew how to fuck,” says the sexually-voracious Leila (Lauren Lee Smith). Desire rules her life, and nothing can seem to quench her; there is always something “left inside.” When she meets David (Eric Balfour), they share an erotic connection that fluctuates between euphoria and destruction. The sexĀ scenes are raw and realistic, and the actors produce a fevered space where logic and reason break down in the carnal act. Based on the book āLie With Meā by Tamara Berger, director ClĆ©ment Virgo does an excellent job translating the physical and emotional nuances onto the screen. 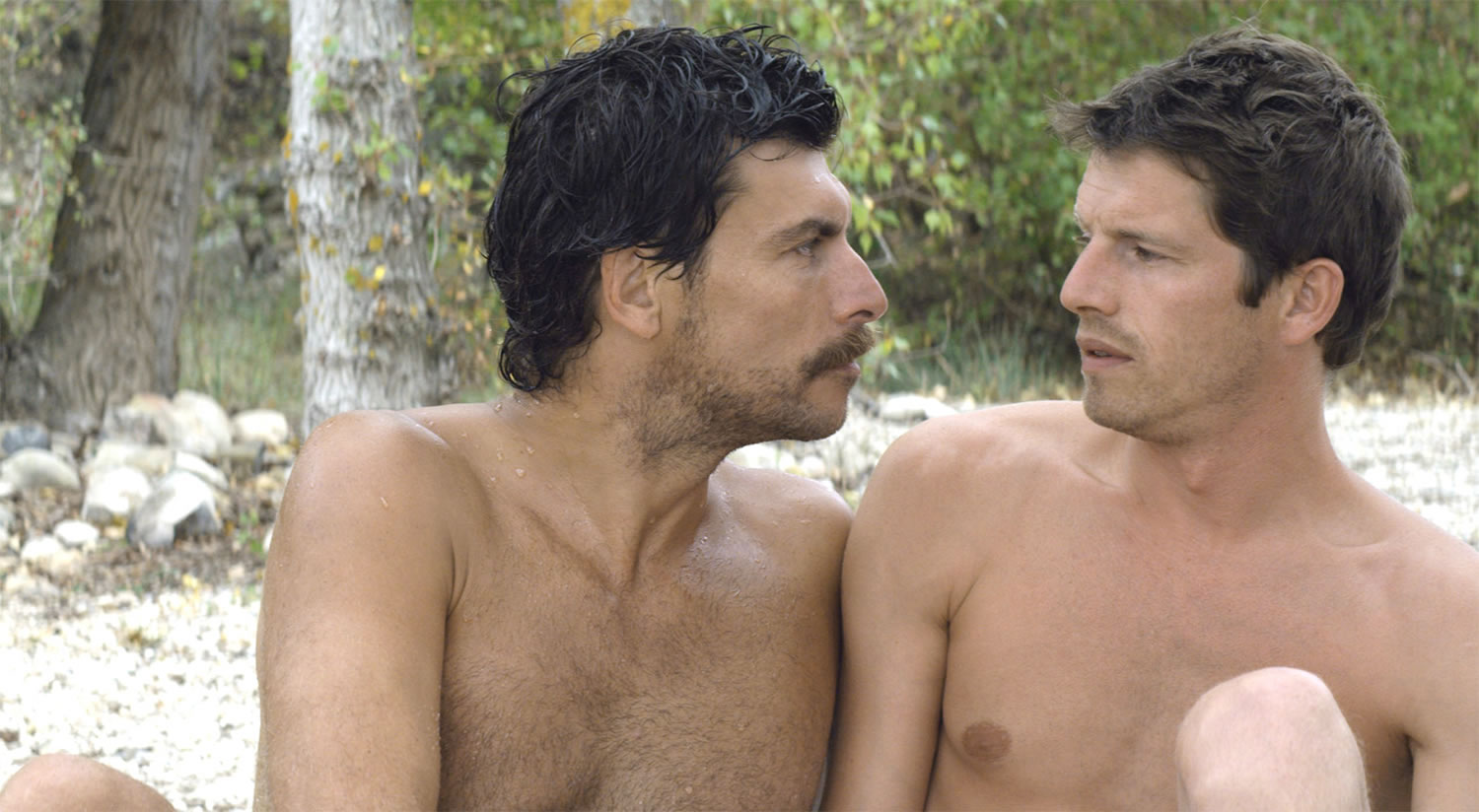 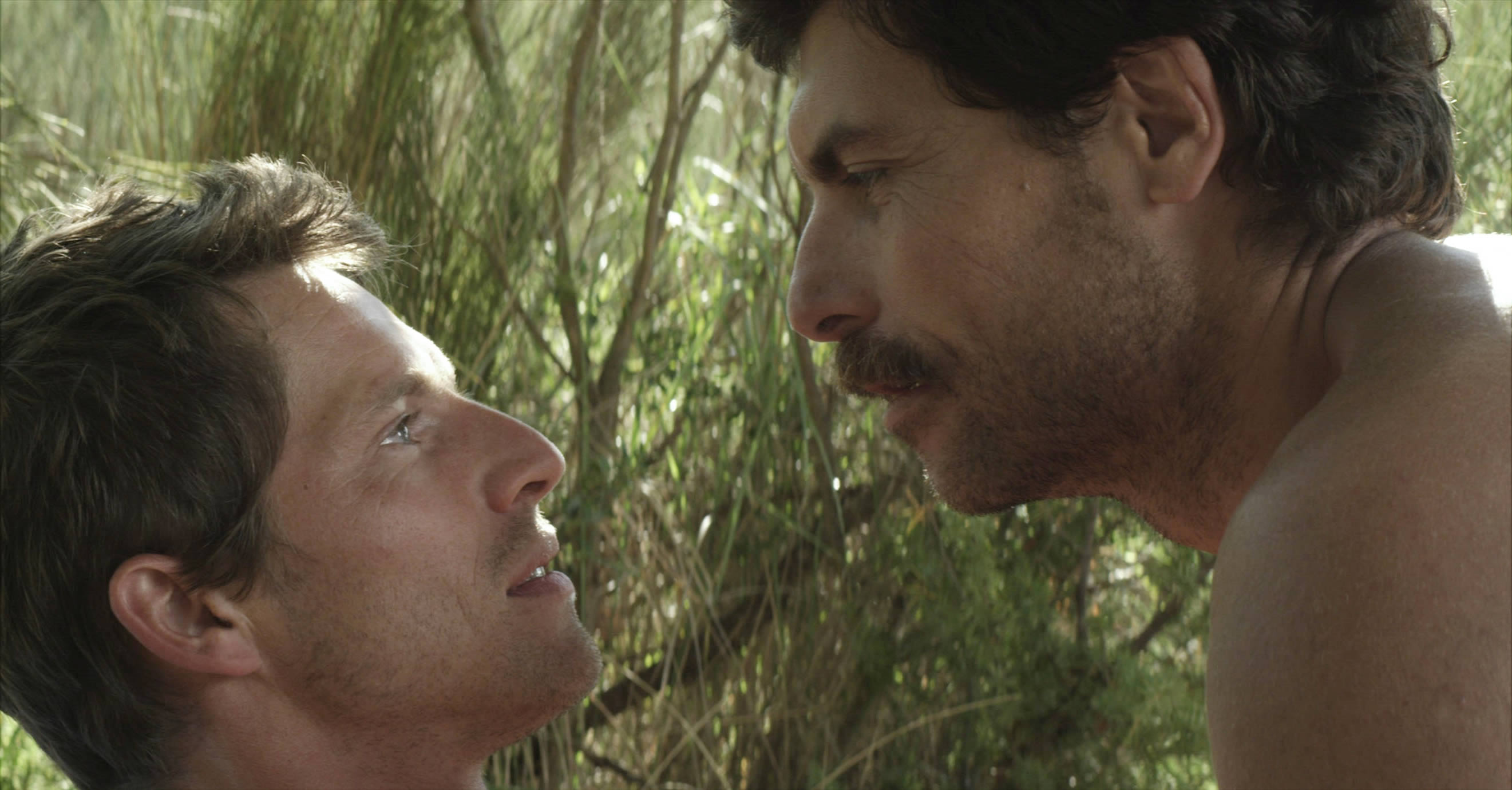 The beautiful waters of Lake Sainte-Croix in Provence, France, provide a lulling backdrop for this tension-filled film. 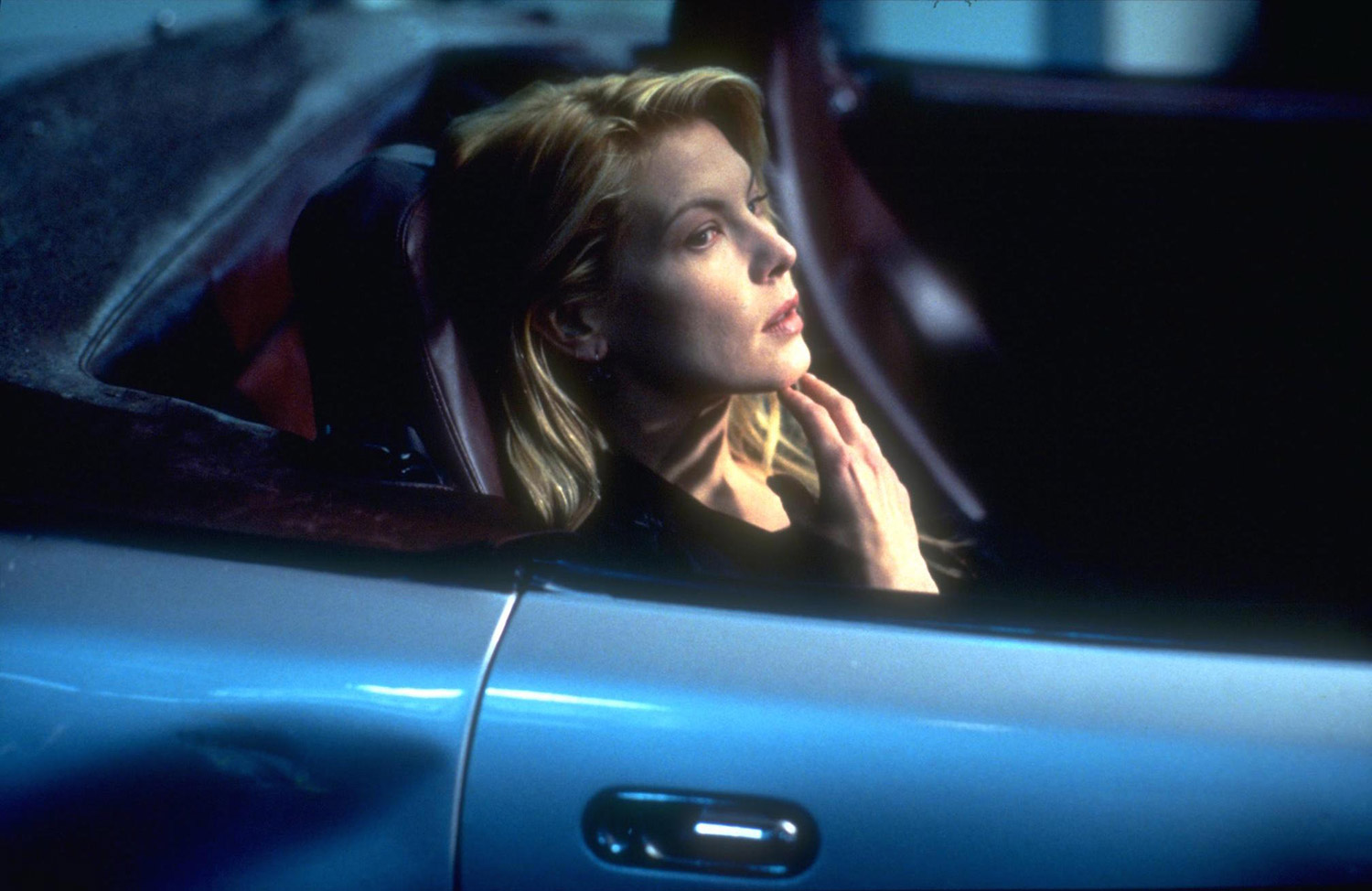 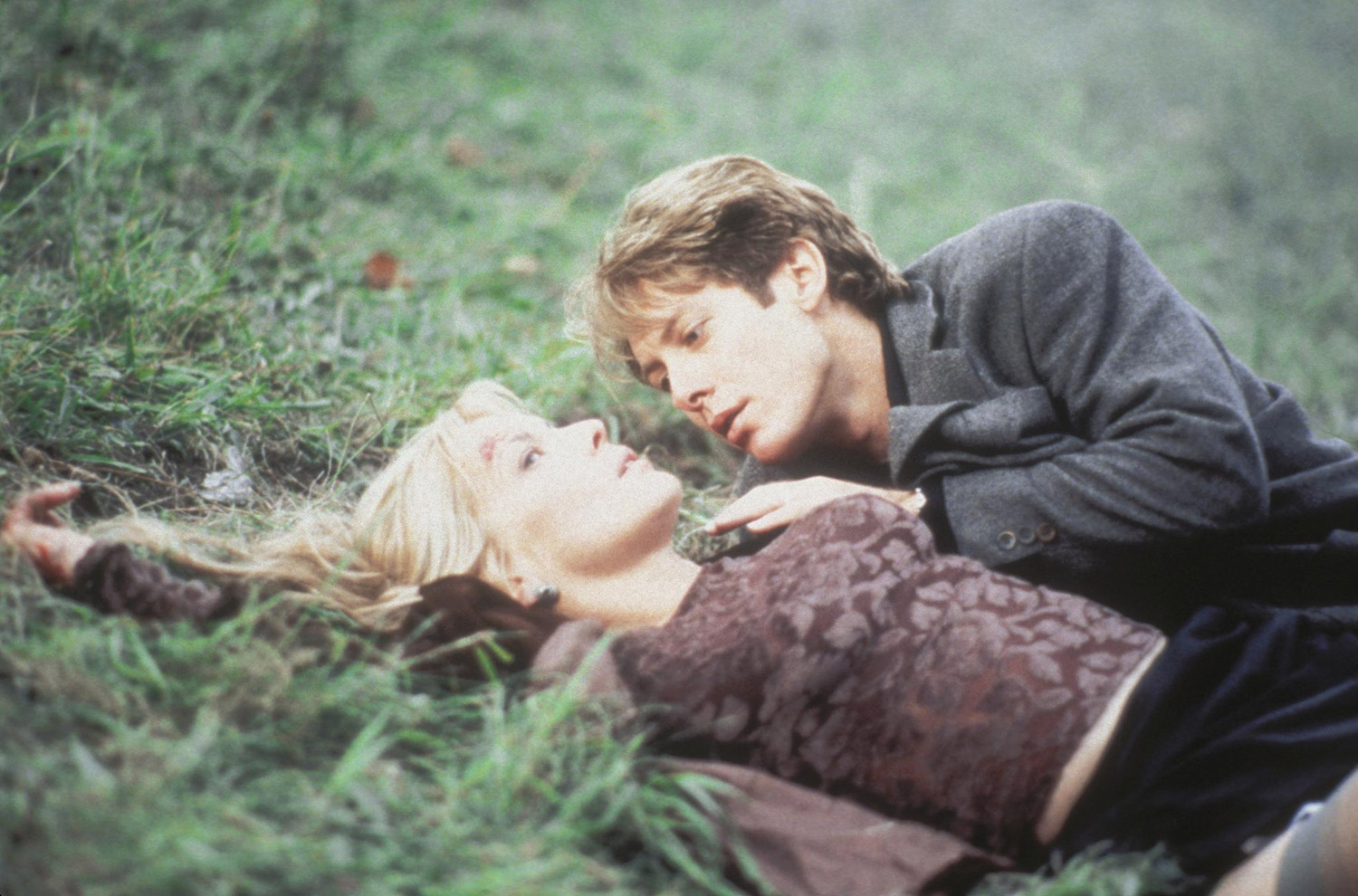 It takes high-speed machinery and the risk of death to ignite the desires of Catherine and James.

David Cronenberg‘s 1996 film “Crash” examines desire from a philosophical and highly offbeat perspective; the main characters, Catherine (Deborah Kara Unger) and James (James Spader), can only get off by having sex while driving at high speeds. Mixing the the fetishization of technology (the brute power of a car) with erotic escapism, the couple seeks to overcome boredom and surpass the limitations of their bodies by playing chicken with death. This movie is grotesque and bizarreāand it will probably leave you somewhat confusedābut it is a fantastic, abstract exploration of desire that likens the fury of sex with explosions of shattered metal and glass. 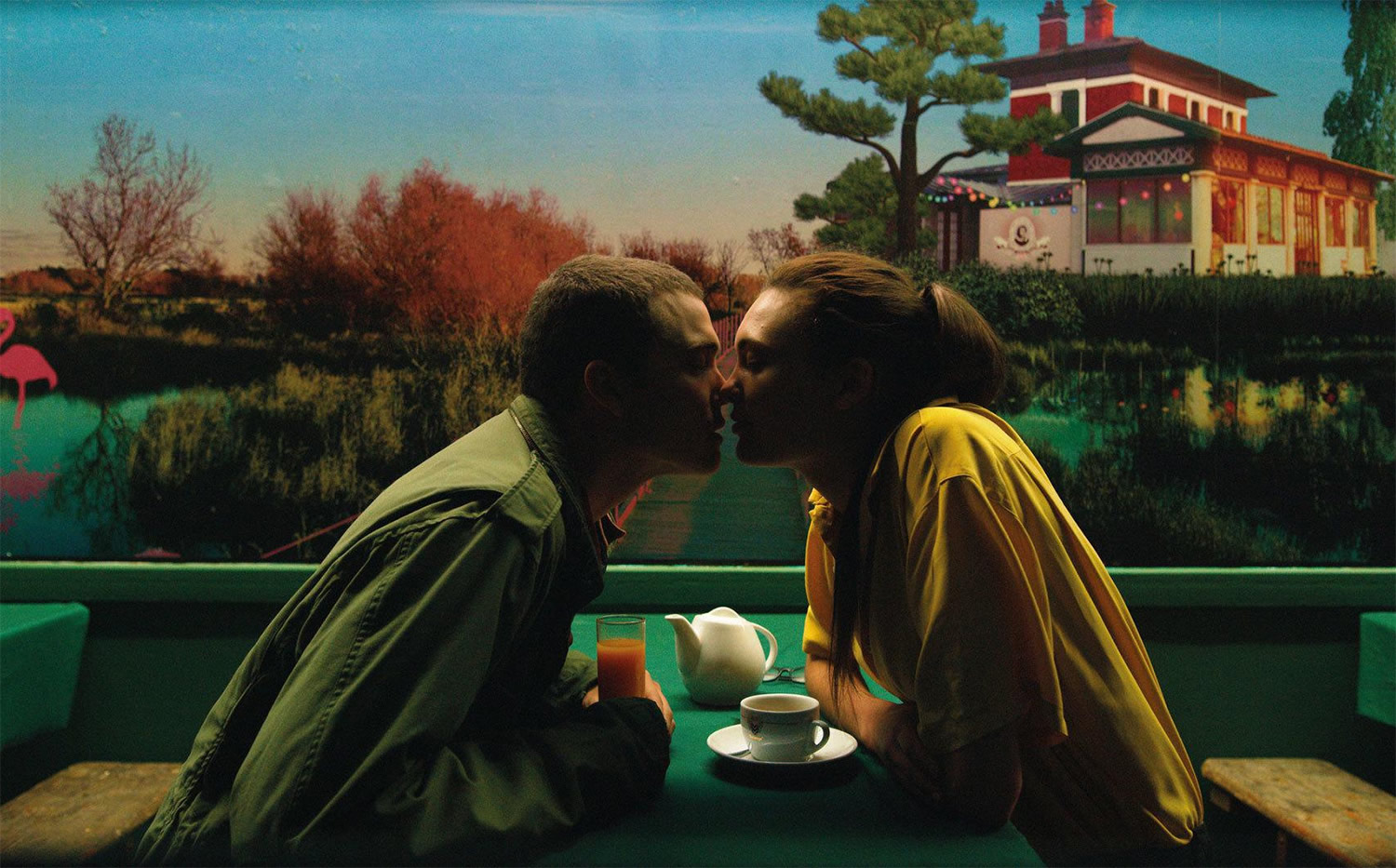 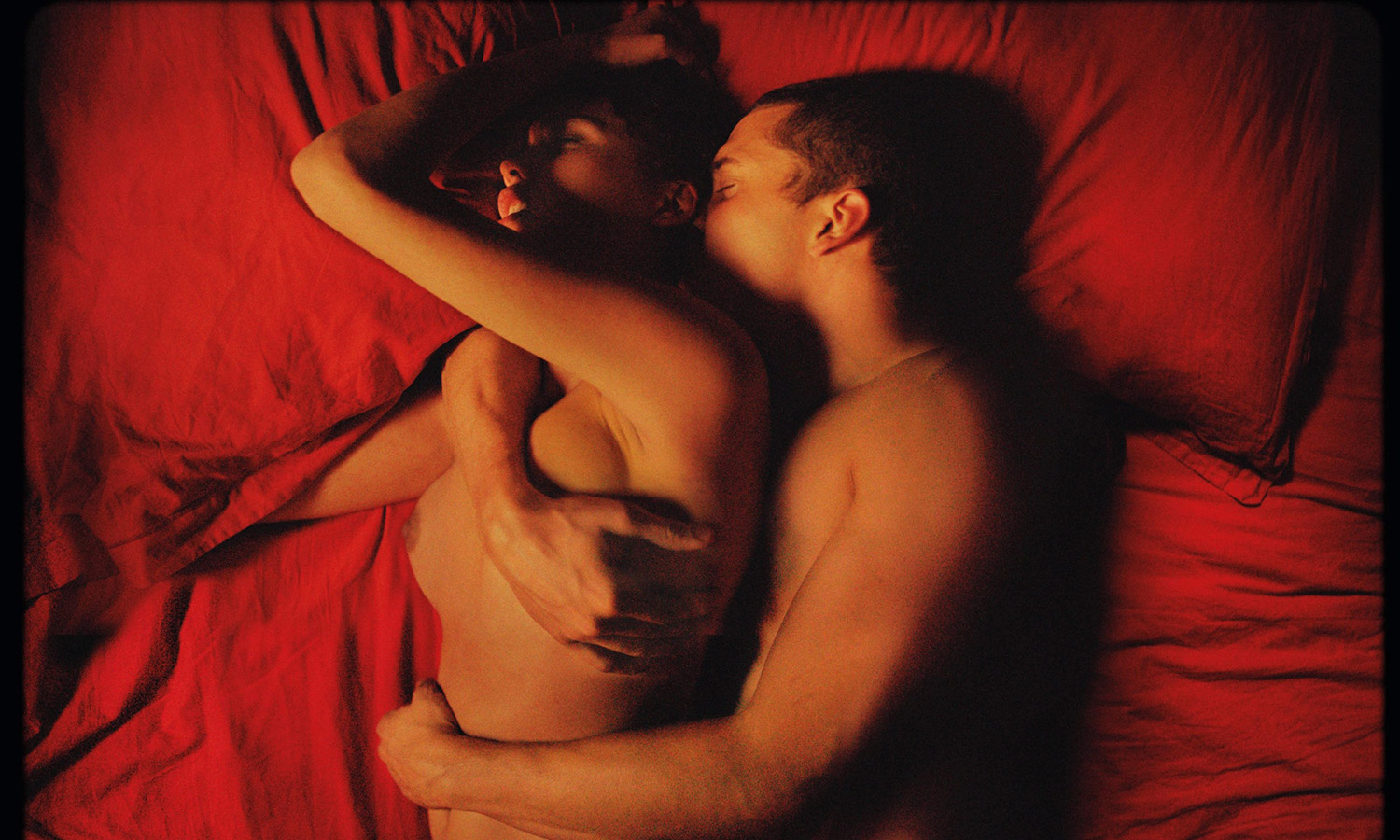 Desire creates love with as much power as it tears it apart.

Director Gaspar NoĆ© is known for pushing the boundaries when it comes to depictions of sex and drug use. His 2015 film āLoveā is no different, bringing us a romance story overflowing with passionate, raw, unsimulated sex. The movie features Murphy (Karl Glusman), an individual stuck in the gloom of an unwanted domestic life. Throughout the course of a day Murphy recalls his past girlfriend, Electra (Aomi Muyock), and the sexual, drug-laden exhilaration they once shared. āLoveā will grip you from its opening scene, as Murphy and Electra lie poetically on a bed, pleasuring each other to the point of orgasm. The emotional and sexual intensity doesnāt let up as their desire degenerates into a toxic haze of jealousy and mutual torture; as Murphy observes, “love makes people bright, and it also drives people crazy.” 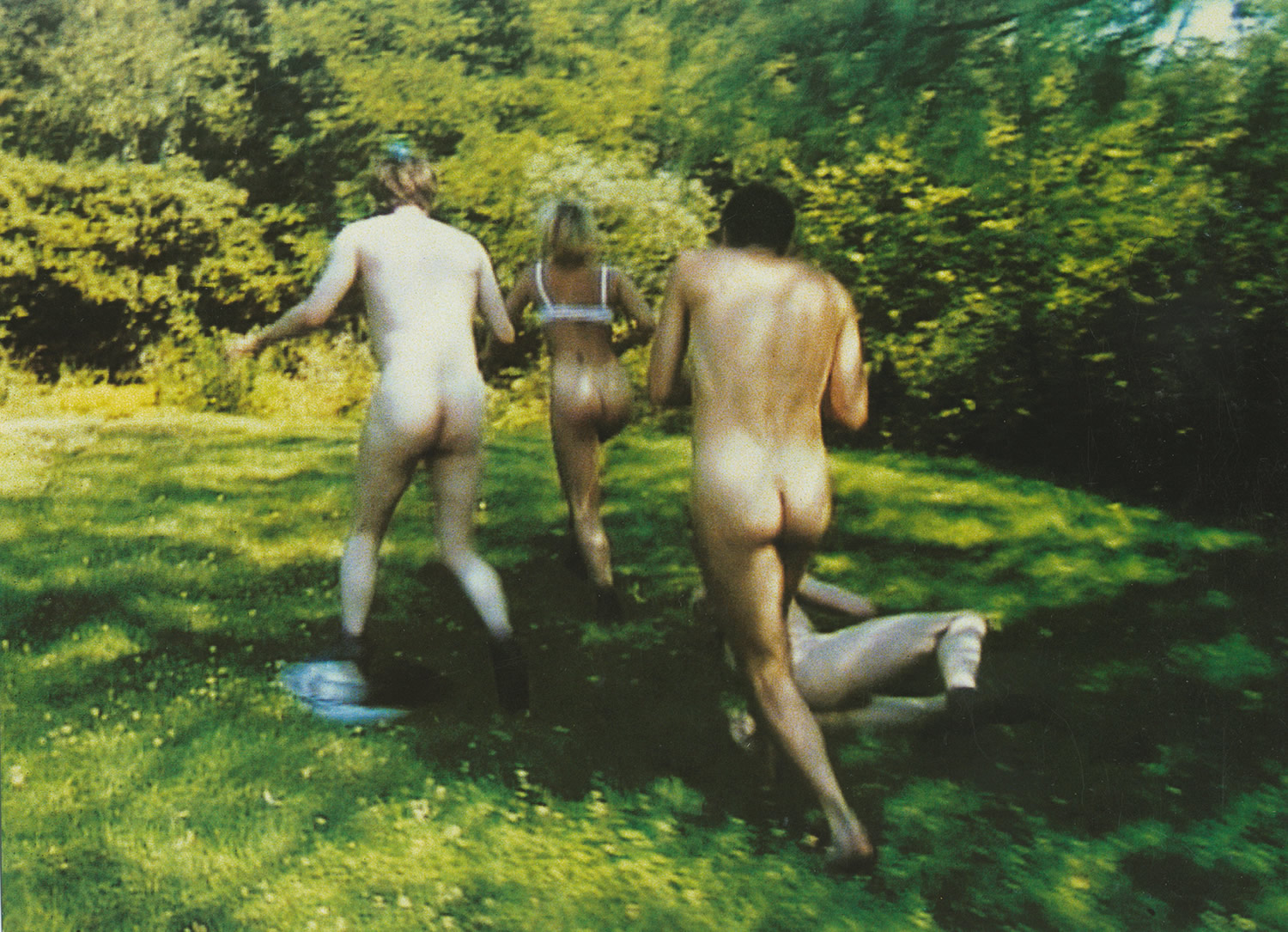 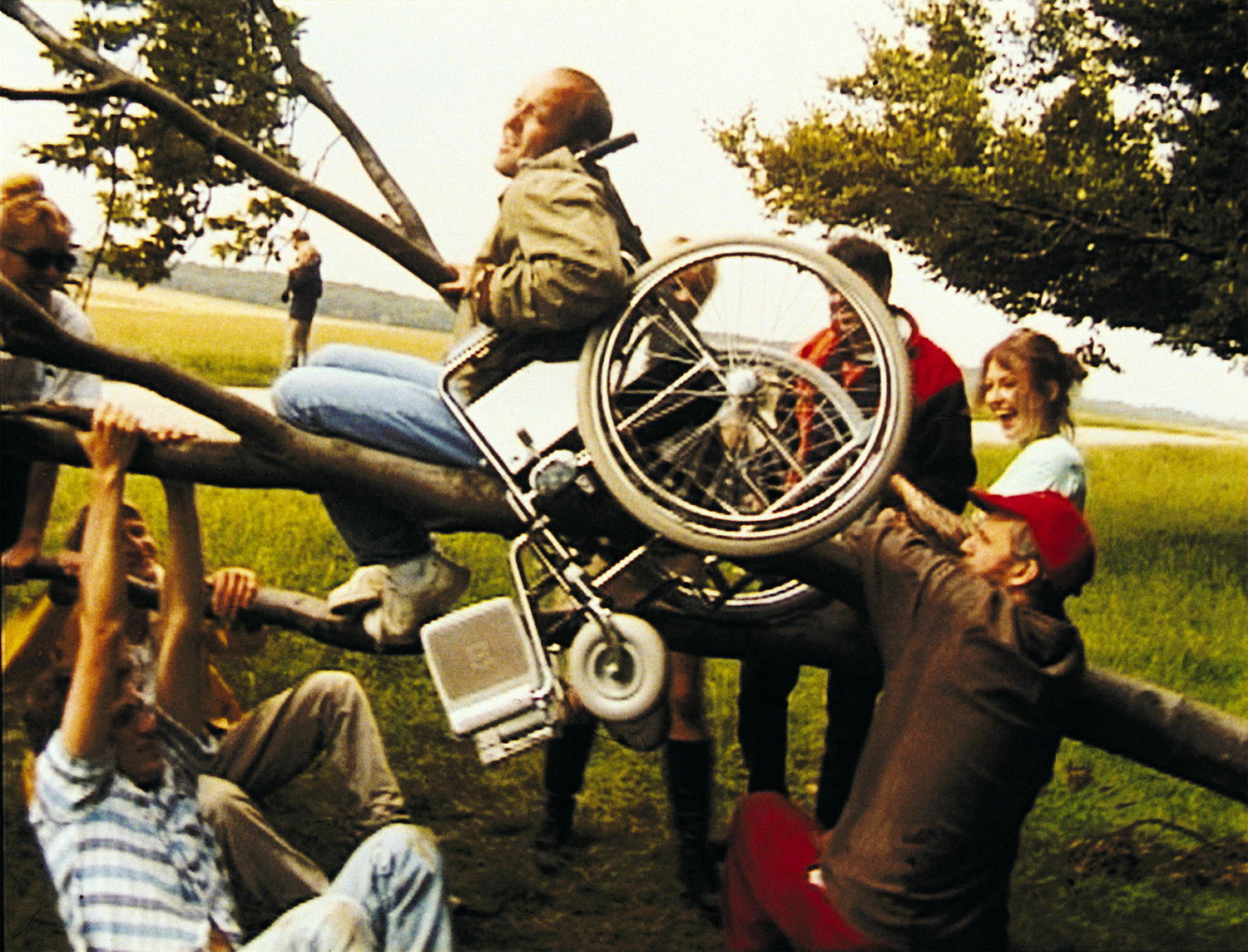 āThe Idiotsā makes you a voyeur to graphic sexuality, as well as immaturity and radical dissidence. 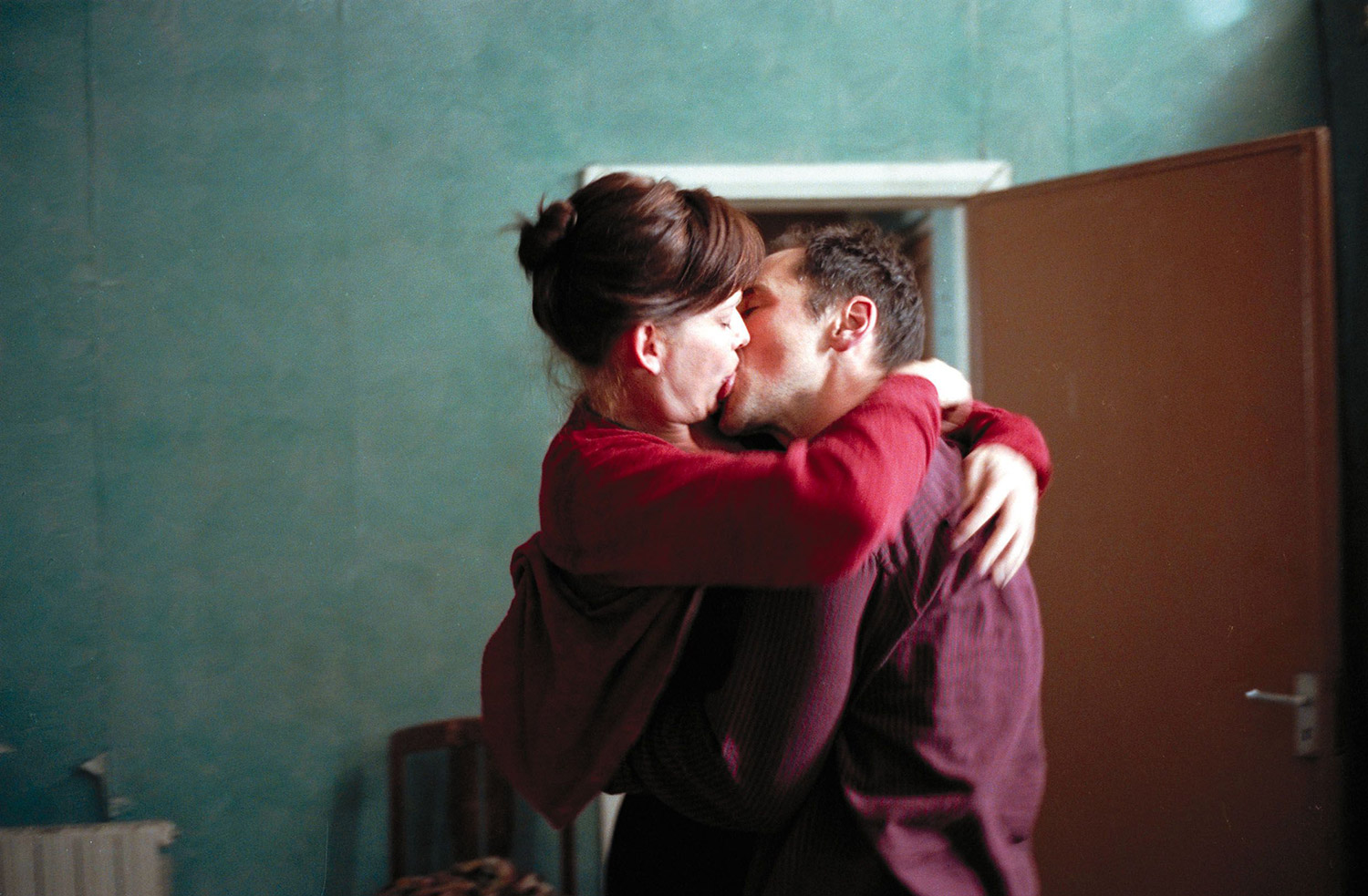 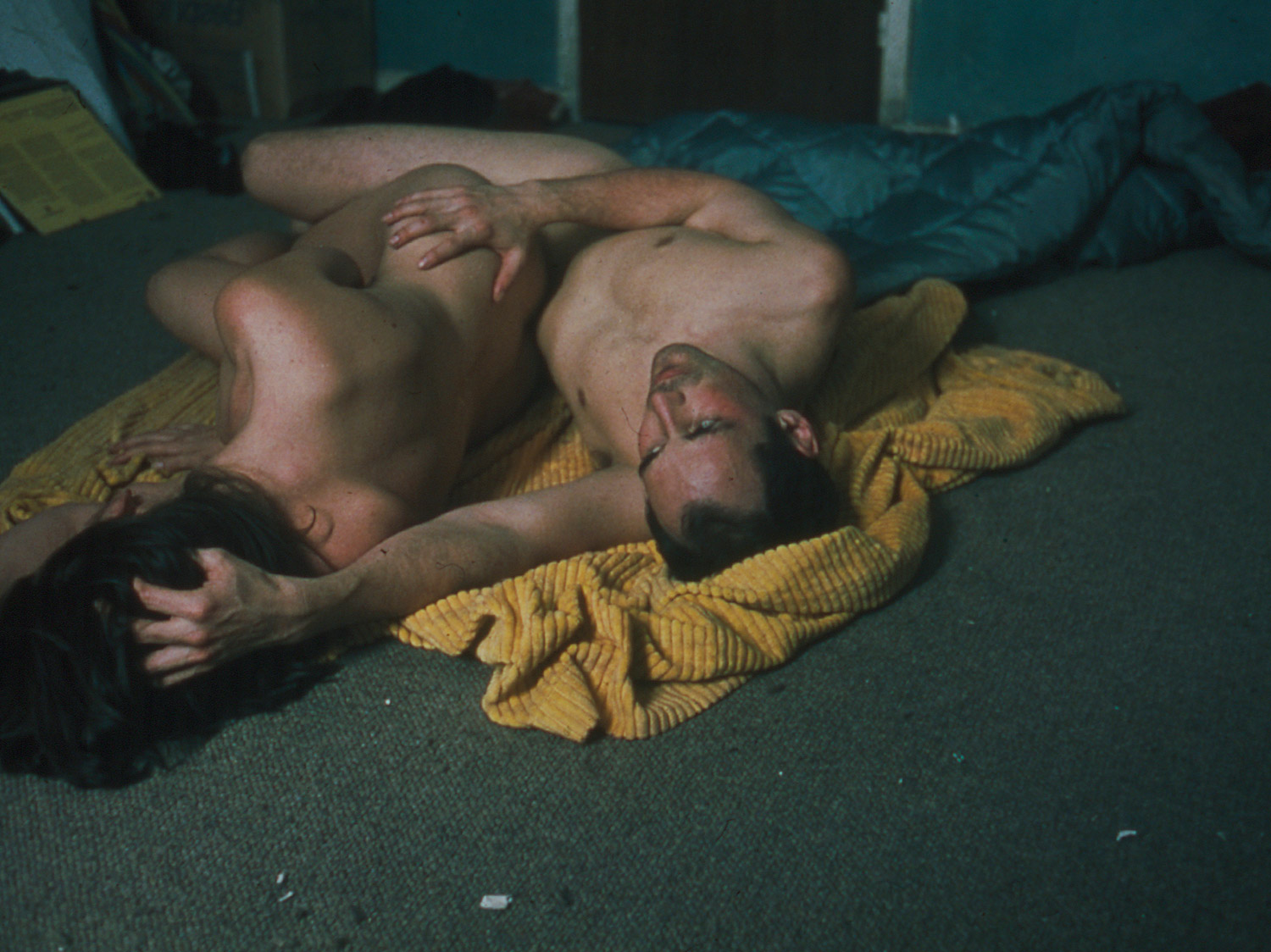 Mystery and silence are catalysts for passion during the characters’ weekly trysts.

Patrice ChĆ©reau captures the intricacies of sex and emotion in this British drama. Jay (Mark Rylance) is an embittered bartender who lives in a run-down apartment. Every week, he is visited by an anonymous woman (Kerry Fox) with whom he shares a powerful sexual connection. Vulnerability breeds affection, however, and over time Jay falls in love. Emotional and realistic, this movie demonstrates the unpredictability of desire. 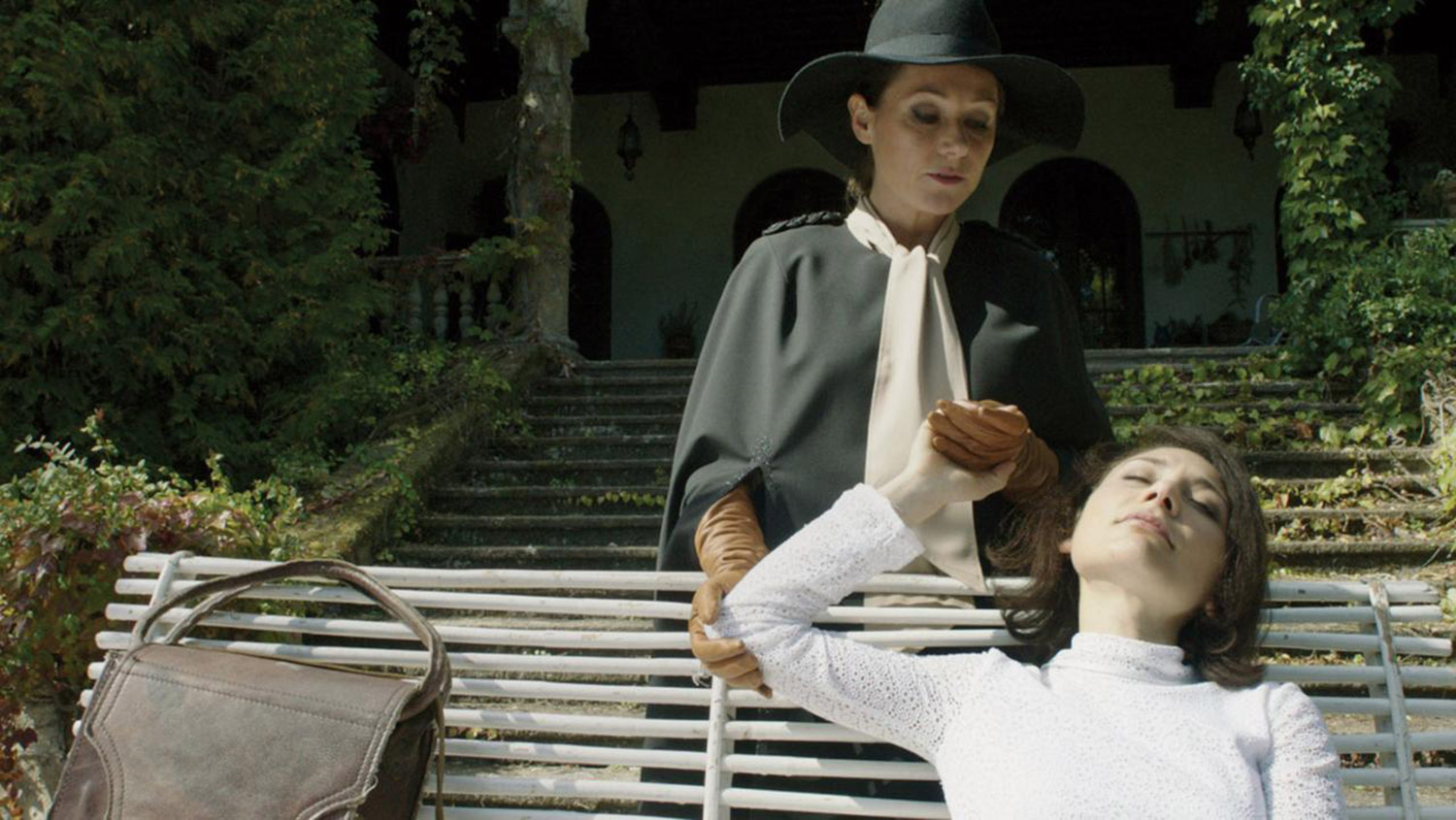 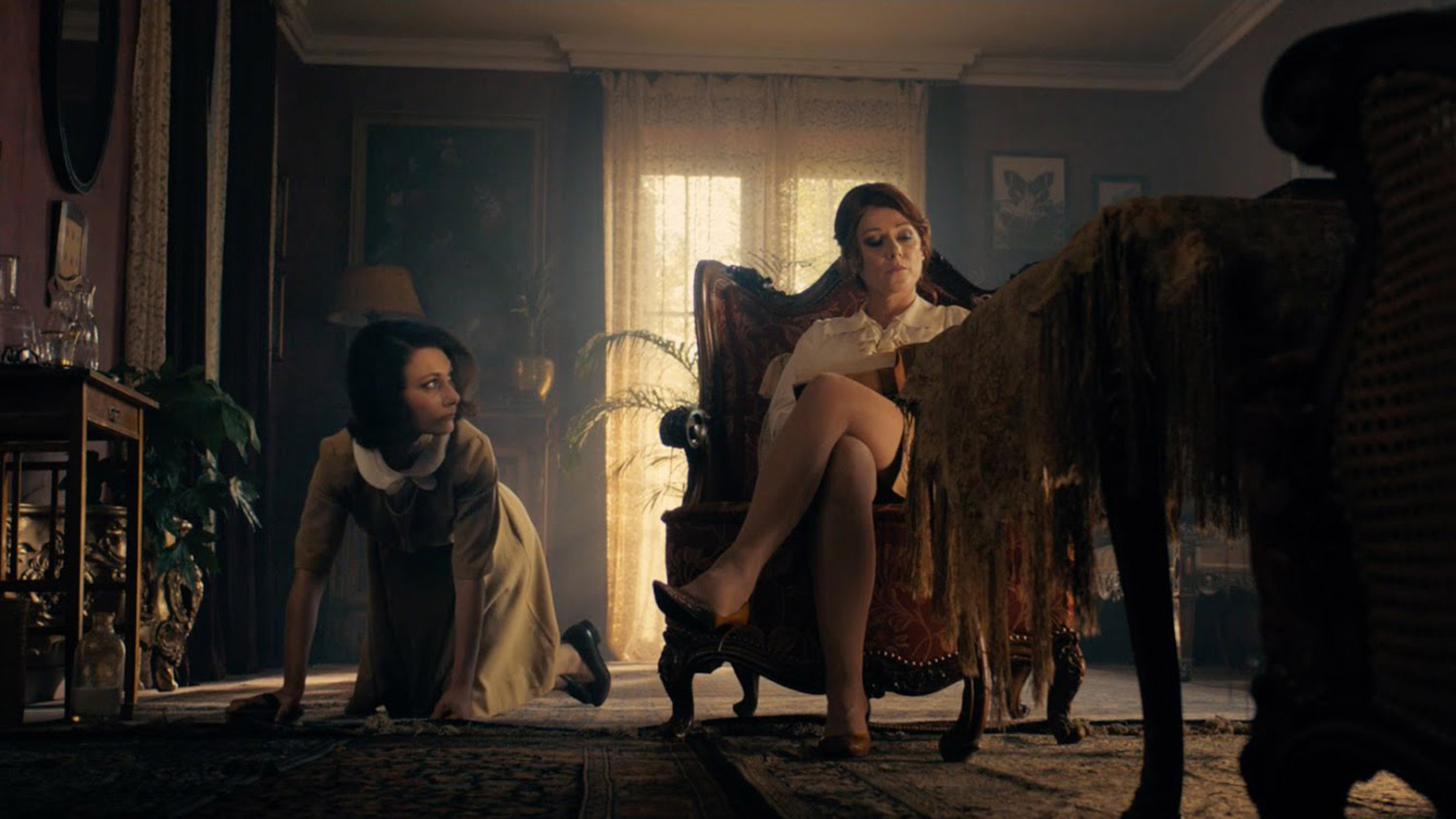 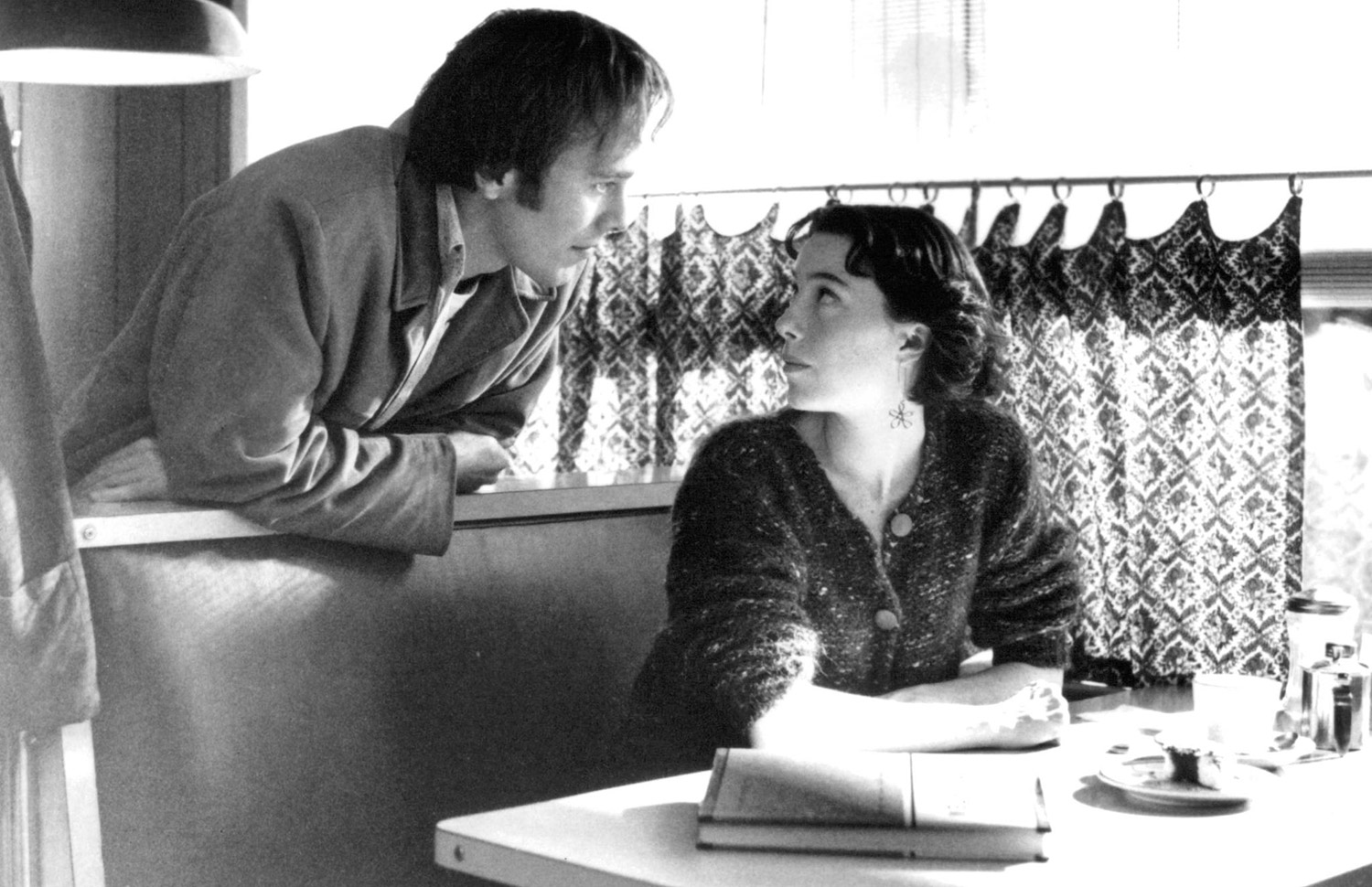 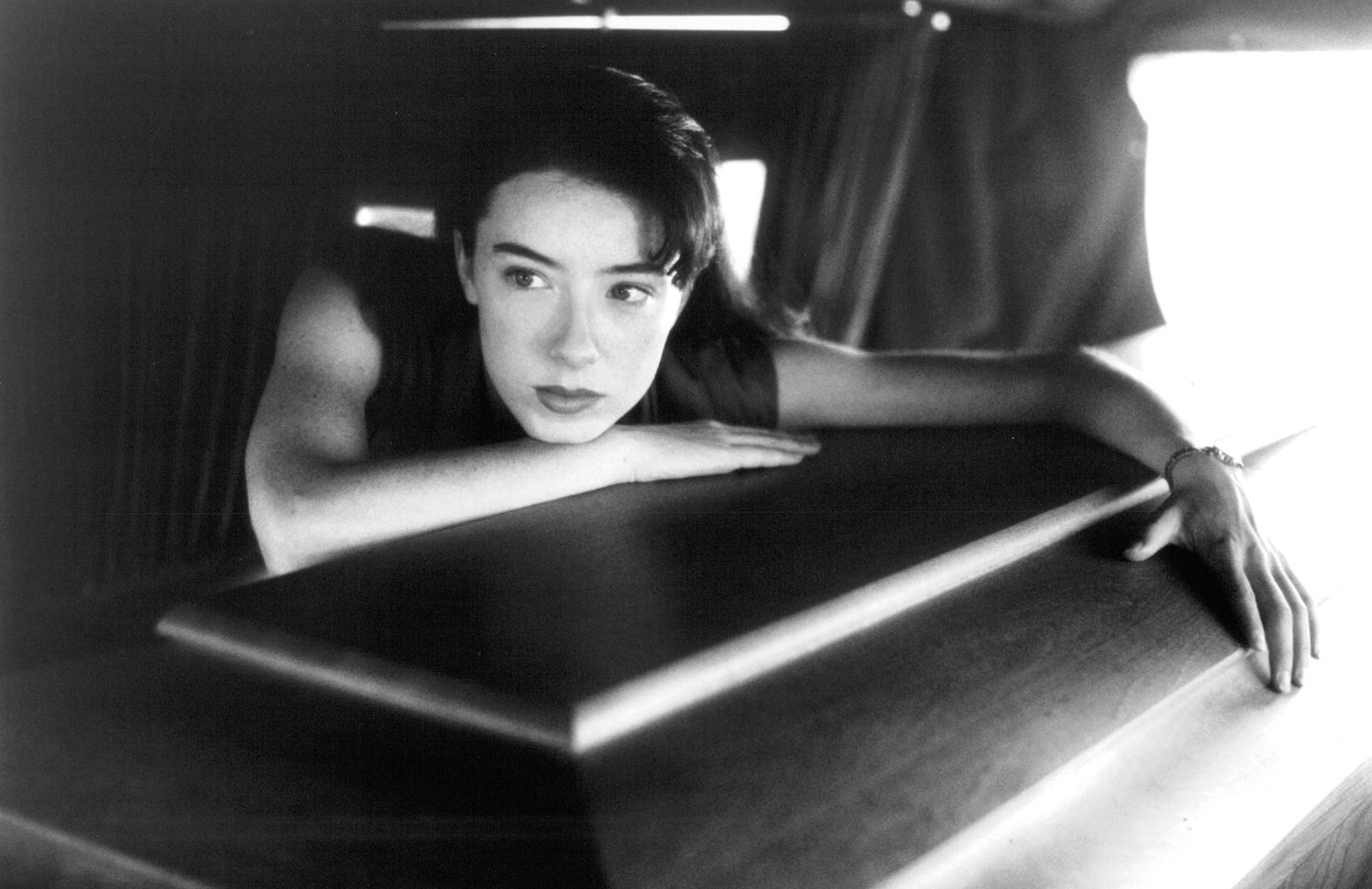 “Kissed” is based on Barbara Gowdyās short story, “We So Seldom Look On Love.”

Finishing off the list is something a little different. Actress Molly Parker shocked audiences in her role as Sandra Larson, a mortician and necrophiliac in Lynne Stopkewichās 1996 Canadian film āKissed.ā While the subject matter may certainly turn stomachs and raise controversy, the movie itself is tenderly composed, exploring eroticism in an intellectual way. Sandra, having been socially ostracized since childhood for her fascination of death and affection for the deceased, symbolizes a radical exploration of the manifold directions of desire, as well as the connections between love and death. As Sandra explains, āLove is about cravingāour craving for transformation. And all transformation, all movement, happens because life turns into death.ā While not for the faint of heart, this movie is sure to make you think.