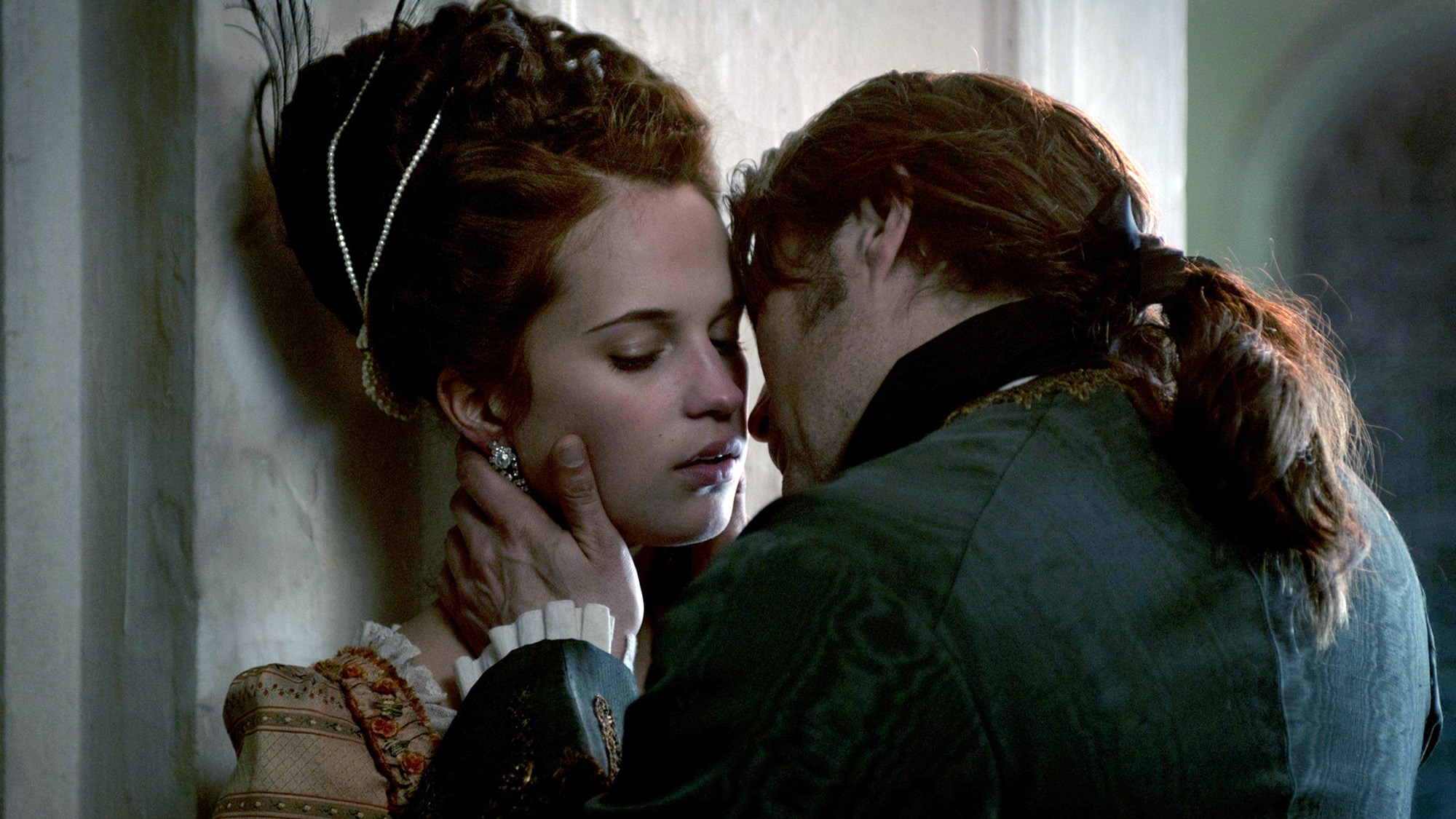 North American sensibilities towards sex are often considered repressiveвҖ”and even downright puritanicalвҖ”as compared to those of Europe and South America.

In the United States and Canada, this history of repression extends to the point where a frank and healthy discussion of consent and sexual exploration in our media is almost unheard of; after all, sex is not something to be spoken of in polite company. Thus, it becomes necessary to look beyond our borders to find art that will push our sensibilities into new places. Below is a list of films from all over the world that do not shy away from using sexuality and eroticism to examine (or exploit) our conceptions of the self.

Top: In exploring our sensuality, we also explore ourselves. 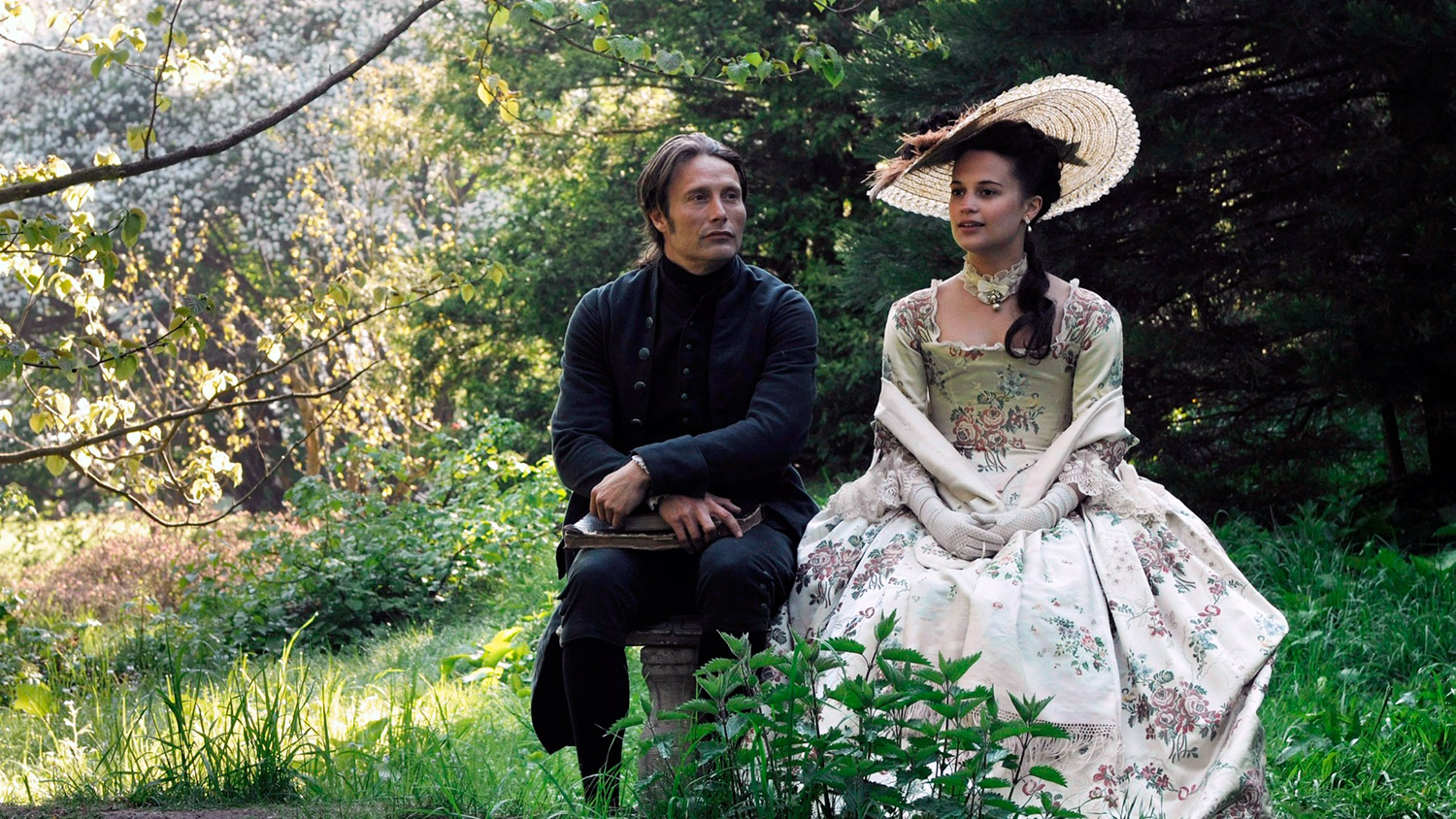 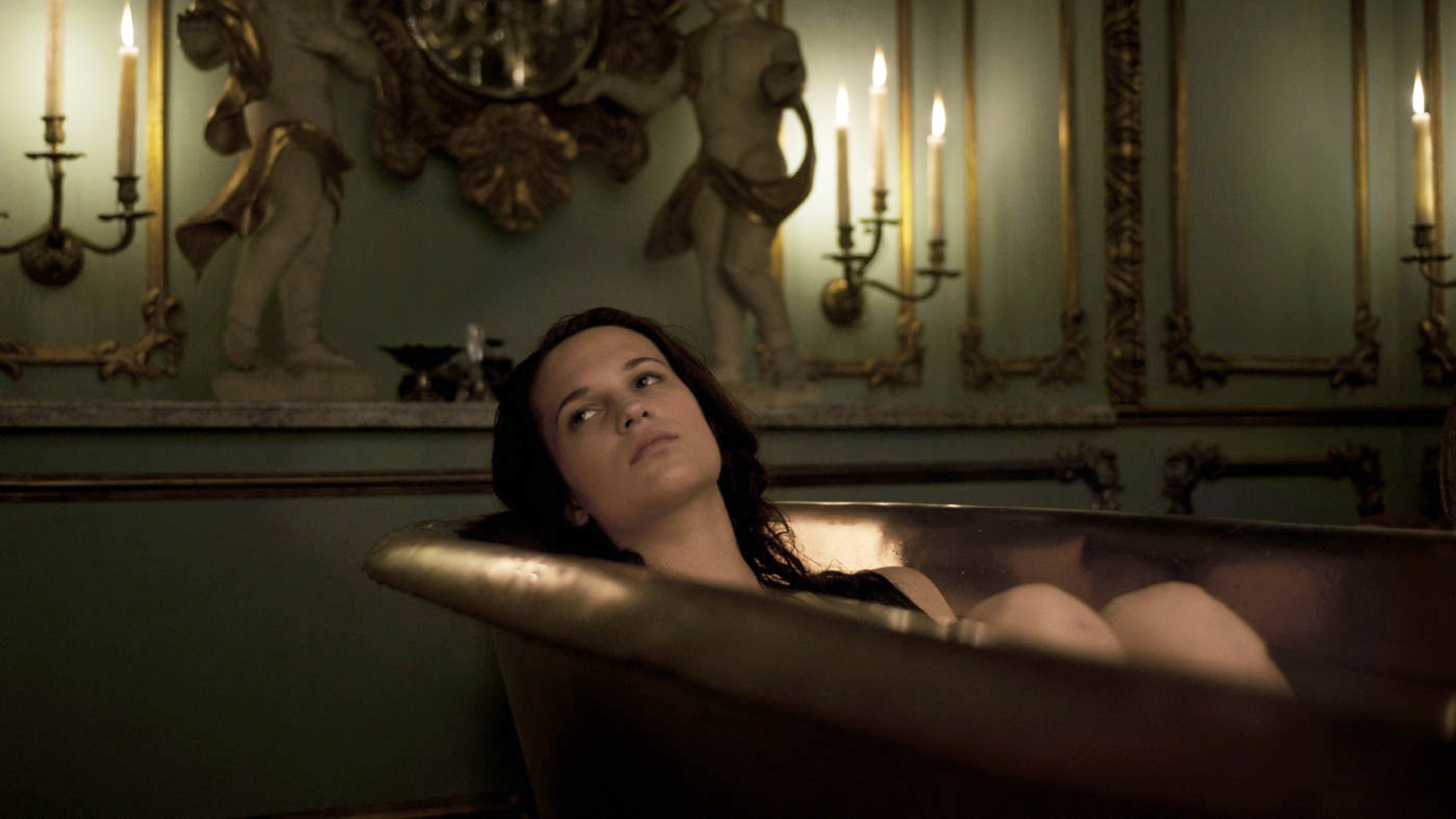 Passion and madness runs hot in the royal court.

вҖңA Royal AffairвҖқ tells the story of Princess Caroline Matilda, the wife of Christian VII of Denmark, who has an affair with Johann Friedrich Struensee, ChristianвҖҷs doctor and sometimes-advisorвҖ”or at least, it tells a version of that story. Generally, it is best to take historical dramas with a grain of salt. Films like вҖңAmadeusвҖқ and вҖңBraveheartвҖқ have become famous for their pedigree and equally infamous for their lack of accuracy. And at a glance, вҖңA Royal AffairвҖқ seems to fit into this dichotomy of critical darling/historical despot.

ItвҖҷs interesting that, in the words of screenwriter Rasmus Heisterberg, вҖңDanish historians are universally really happy with the film.вҖқ Christian VII struggled with mental illness and was known to have issues with over-masturbation and hedonism. Johann was famously a proponent of The Enlightenment, which was sweeping through most of Europe but had missed Denmark up until that point. He and Caroline persuaded the king to push through sweeping reforms to reduce censorship, eliminate torture, and contain the power of the aristocracy. It was these actions that ultimately motivated the coup against them. ItвҖҷs also been hypothesized that one of CarolineвҖҷs two children was the product of this affair; the romance of this story is made all the sadder by this fact. 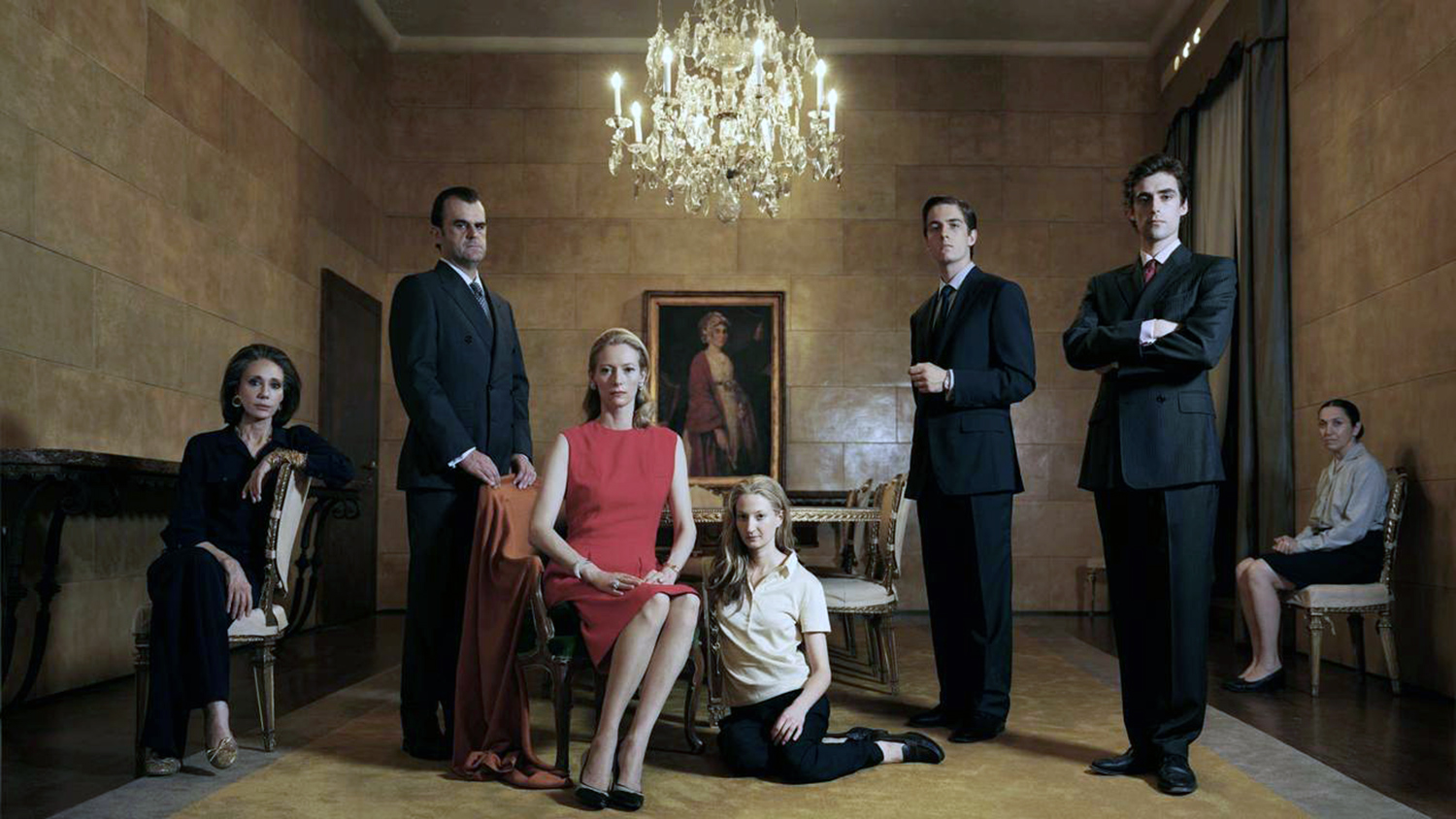 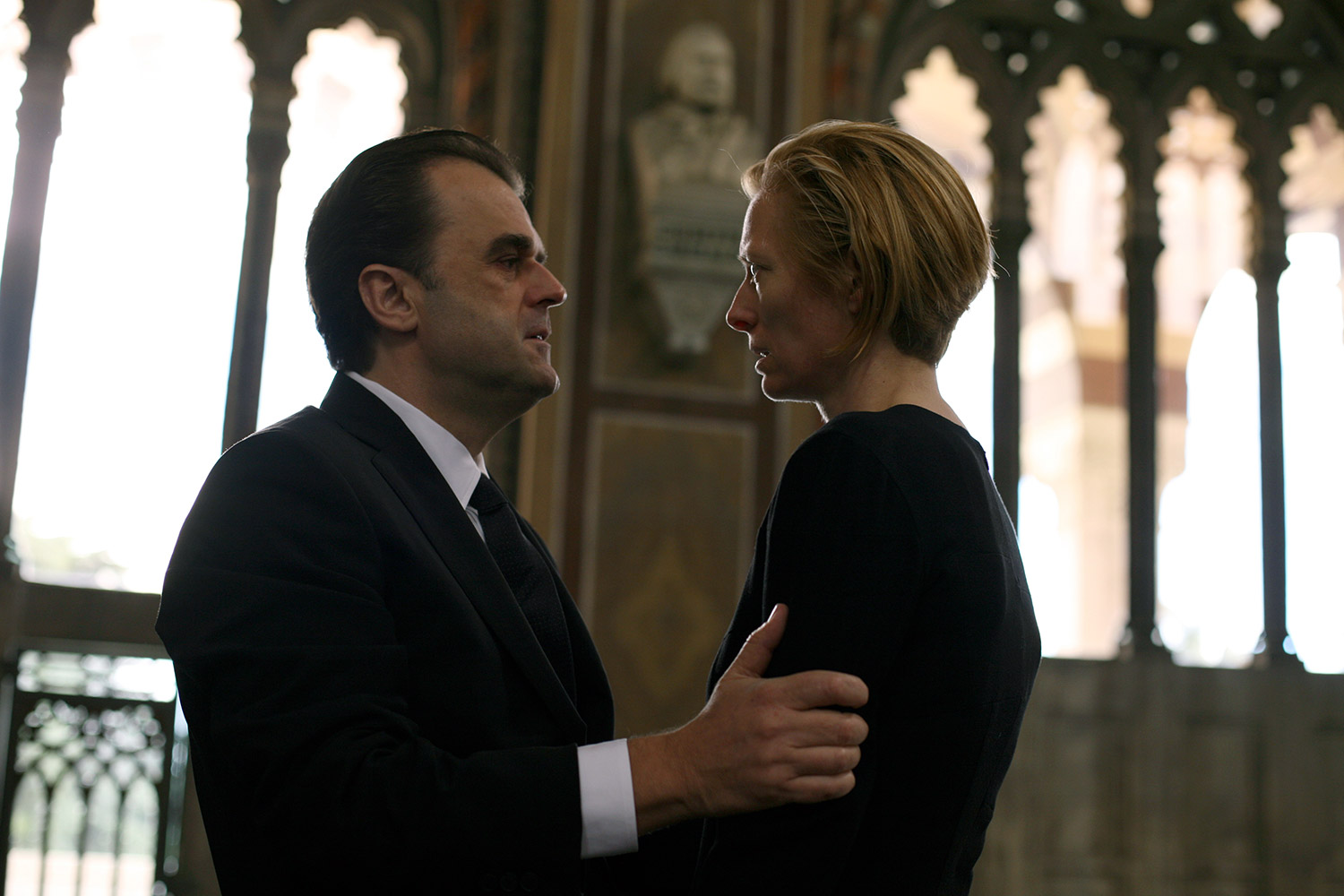 One family’s repressed secrets threaten to tear it apart.

вҖңI Am LoveвҖқ is a passion project produced by long-time collaborators Luca GuadagninoВ and Tilda Swinton. It tells the story of the Recchi familyвҖ”who are Milanese textile magnatesвҖ”and the business deals and illicit relationships that threaten to tear them apart. On his deathbed, family patriarch Edoardo Sr. leaves his company to his son, Tancredi, and grandson, Edoardo Jr. as the family wrestles with whether or not to sell the company to foreign investors; EdoardoвҖҷs sister, Elisabetta, reveals that she is gay in a private note discovered by Emma (Swinton). Emma goes on to have an affair with Edoardo Jr.вҖҷs contemporary: a chef named Antonio. These secrets can only remain hidden for so long before they are brought under scrutiny, and their price is paid in blood.

вҖңI Am LoveвҖқ reflects themes of the search for identity, the experience of loss, and the attempt to balance the old with the new (the traditional roles expected by the older generations, and the new generation’s desire for change). 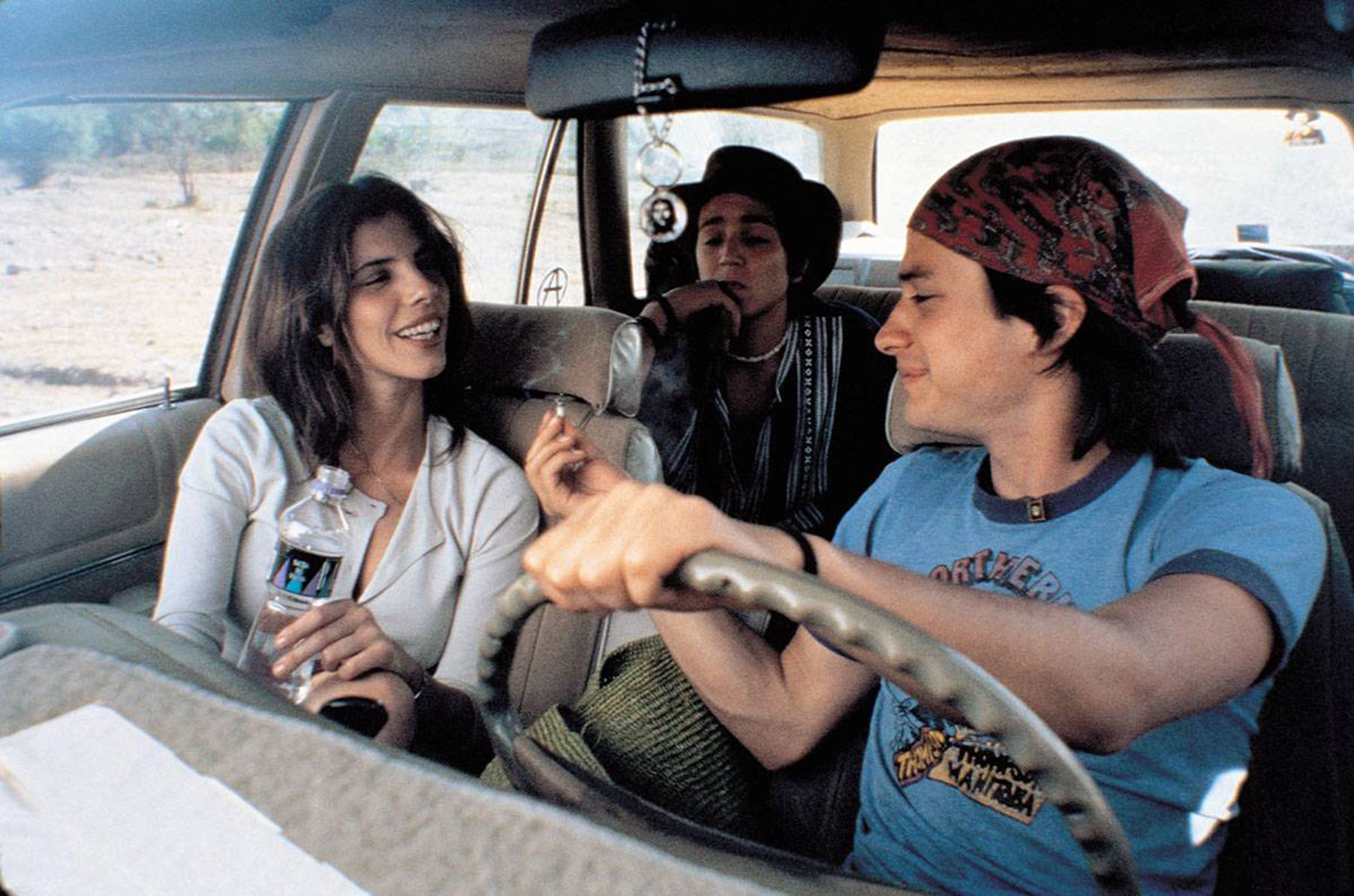 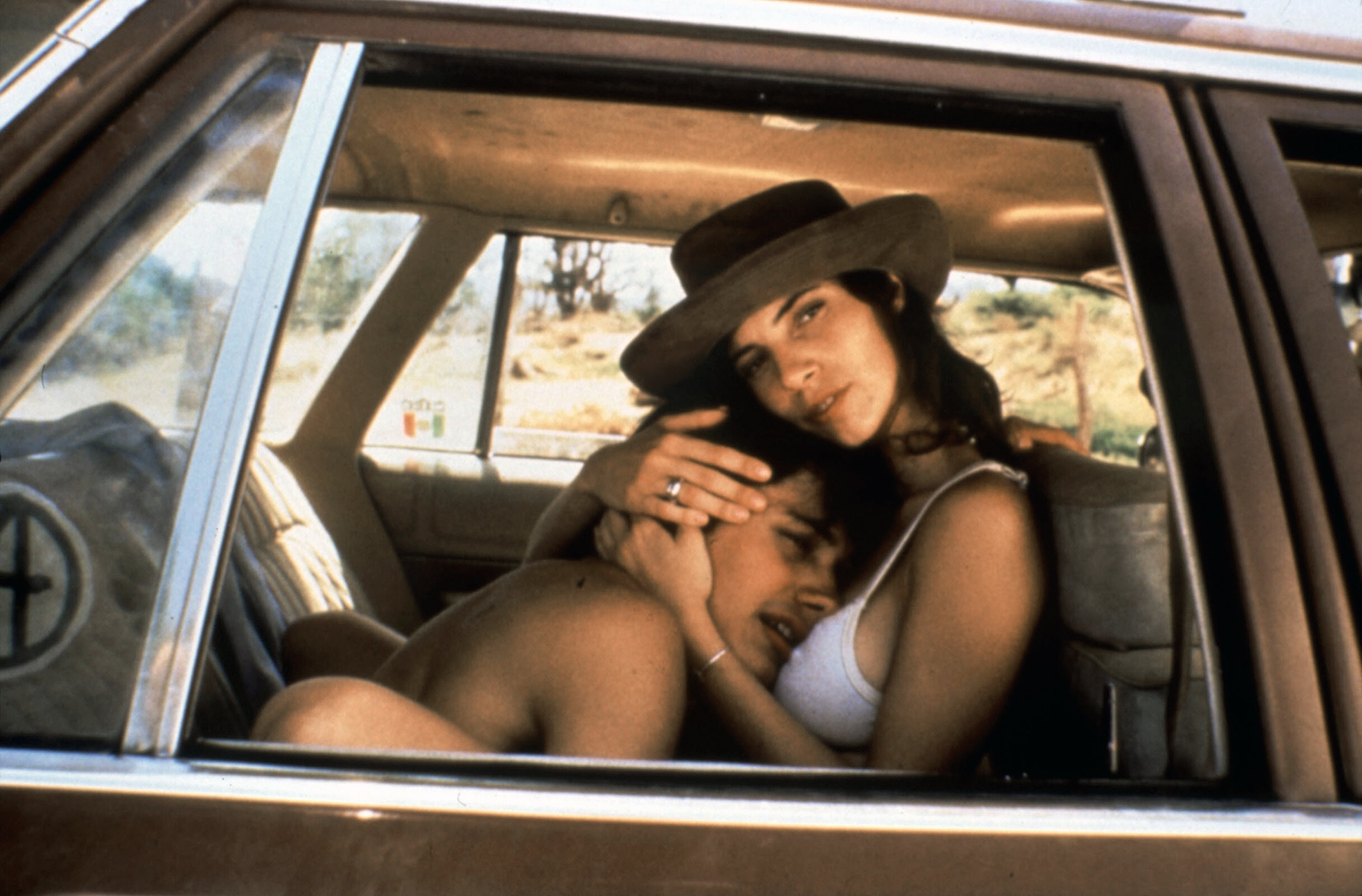 A summer road trip gives three friends a look at what their lives could be.

Set against the tumultuous political landscape of Mexico in the year 2000, вҖңY Tu Mama TambienвҖқ is journey of self-discovery and life possibilities. Two teenage friends on the cusp of manhood invite an older married woman to come on a road trip with them to the most beautiful beach she can imagine. She rejects their offerвҖ”until she learns of her husbandвҖҷs infidelity and leaves with them. The beach is, of course, completely fabricated, but the two boys decide it is better to make it up as they go along, and so the group sets out. Along the way, the woman chooses to leave her husband, but also to forgive him, and the boys learn more about themselves and each other with the help of her seductive and guiding hand.

вҖңY Tu Mama TambienвҖқ is not a happy story, but it is beautiful in its depiction of personal struggle and desire. 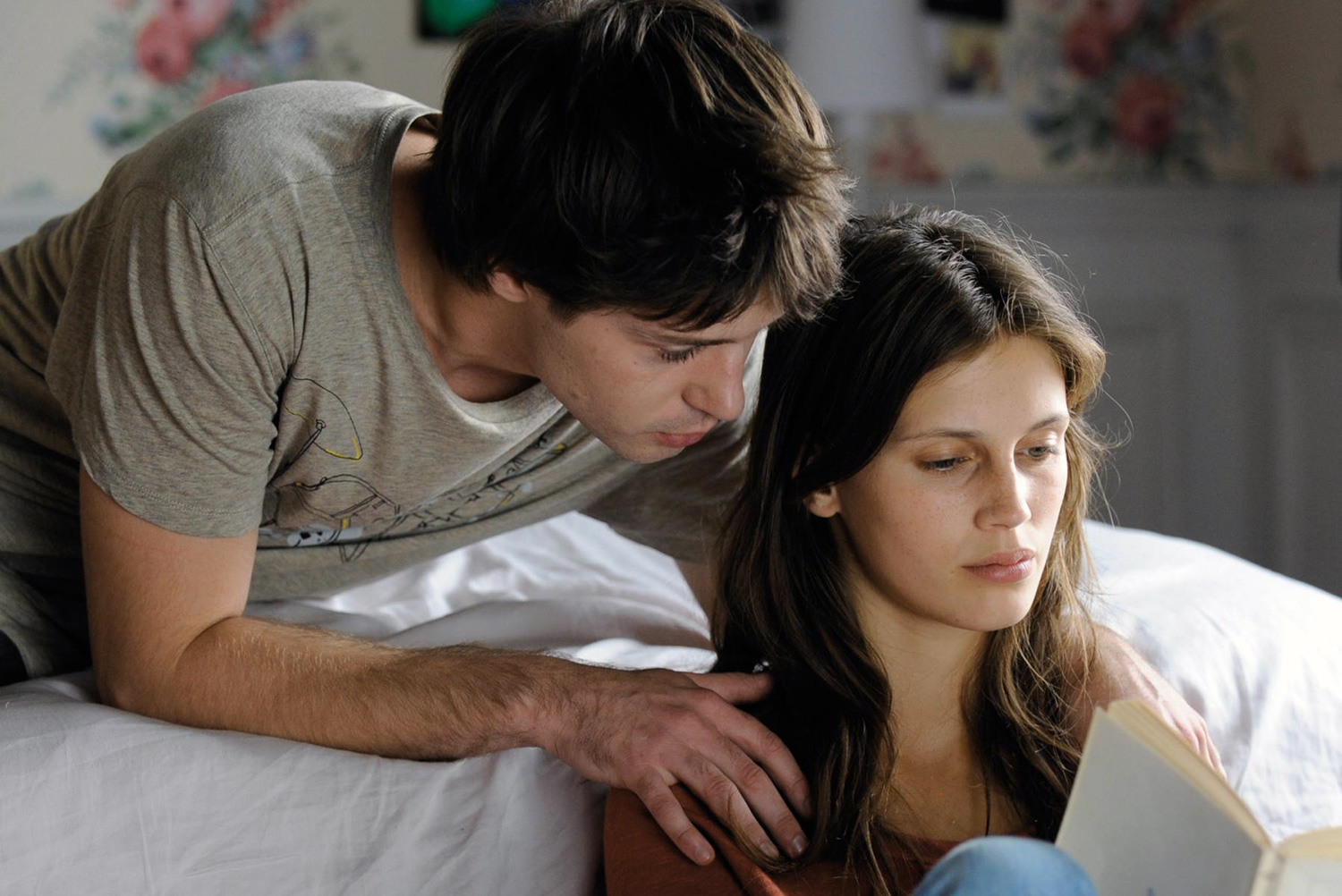 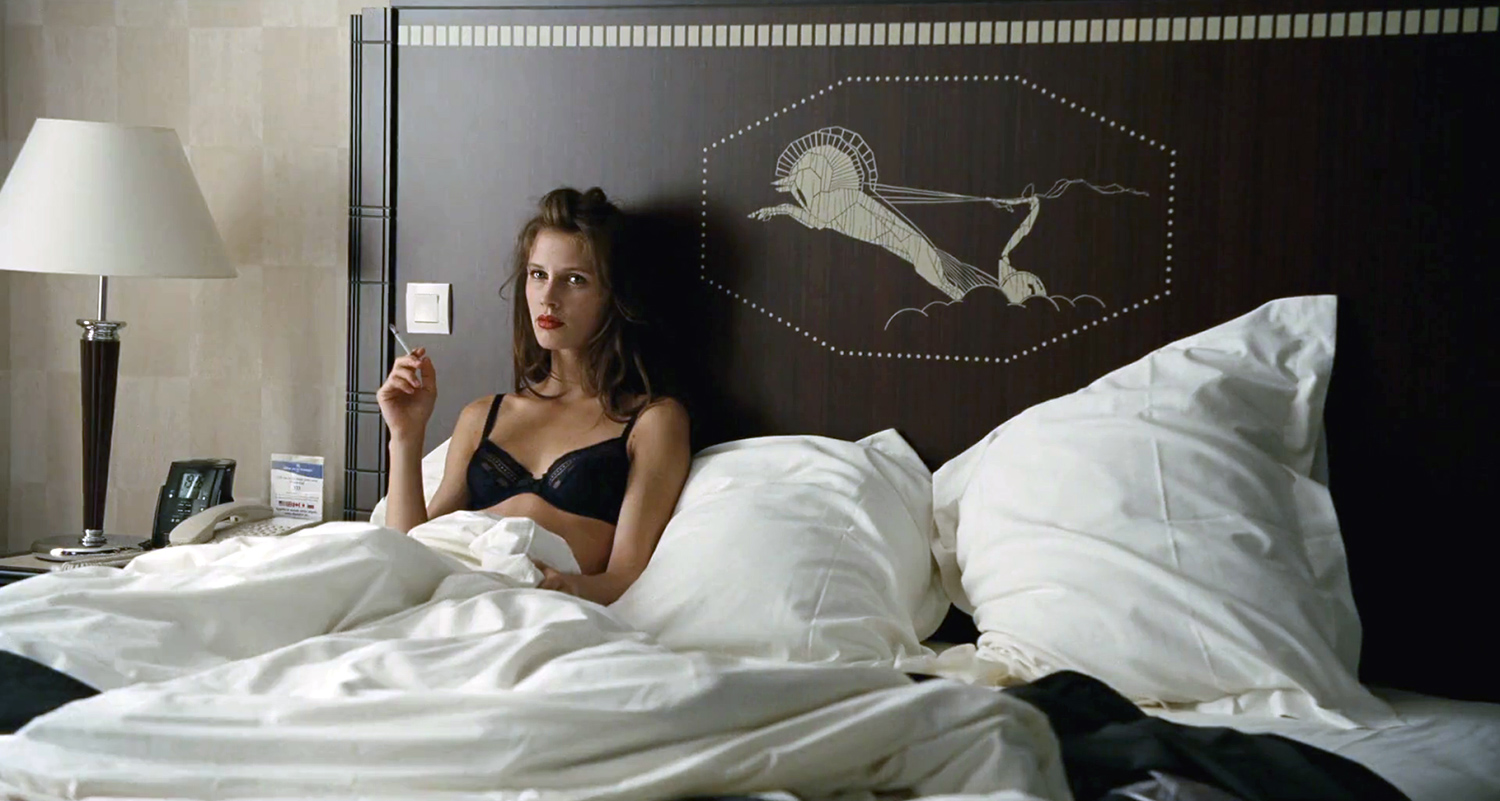 Described by The GuardianвҖҷs Peter Bradshaw as вҖңa very French and very male fantasy,вҖқ вҖңYoung & BeautifulвҖқ is the story of seventeen-year-old IsabelleвҖҷs sexual awakening. After losing her virginity at the beginning of the film, Isabelle begins working as a call girl for wealthy clienteleвҖ”that is, until one of her Johns dies of a heart attack while she is straddling him.

вҖңYoung & BeautifulвҖқ is a work of fantasy that oversimplifies sex work. It is both painfully relevant and inexcusably out-of-touch, as Isabelle chooses sex work for the thrills instead of necessity; the story focuses chiefly on the glamor that her job offers without providing a glimpse of the drawbacks. Furthermore, she is supported by a loving family throughout the film (except for one brief, violent outburst from her mother). Because there is no sense of the gravity of the situation nor the consequences that she might have to deal with as a minor, the whole thing comes across like a bit of a male fantasy.

While the film may be unrealistic in some ways, it is still beautifully shot. Marine Vacth, who plays Isabelle, simultaneously captures the awkward feeling of a teenager who is not yet comfortable in her body, and the seductive prowess and confidence necessary for the role. 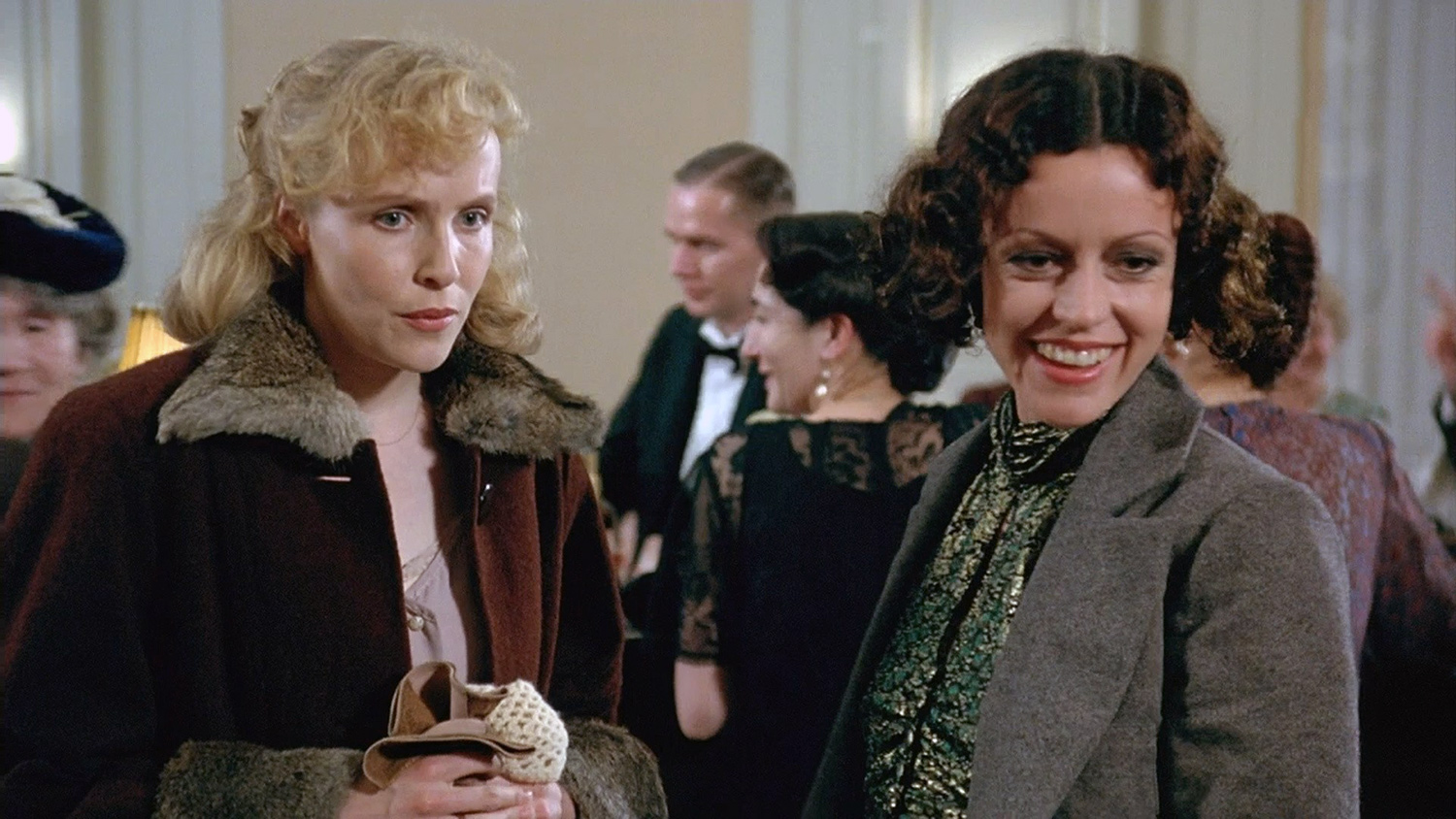 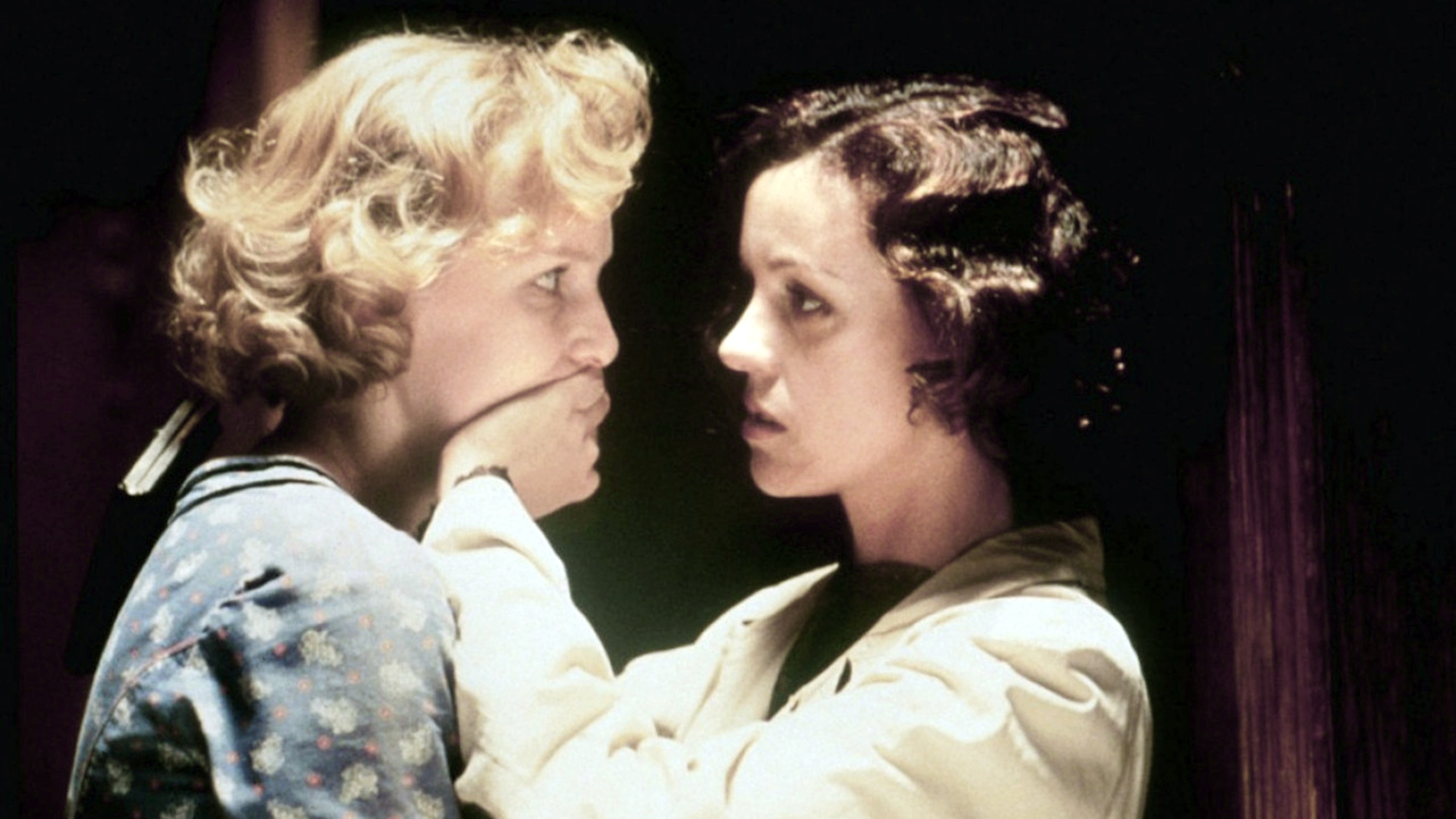 Aimee and Jaguar are star-crossed lovers in Nazi Germany.

вҖңAimee & JaguarвҖқ tells the love story of two women having an affair together in Nazi Germany. Felice (alias: Jaguar) is a woman who is part of an underground resistance. Lilly (alias: Aimee) is the wife of a Nazi officer who becomes disillusioned by her treatment at the hands of the men in her life. While Lilly’s husband is away at war, the two women begin an unstable but passionate romance. During the course of their relationship, Felice reveals that she is Jewish to Lilly, but she chooses not to flee the country so that they can stay together.

If you think this story sounds like a fantasy, then you should think again. As evidence that truth is stranger than fiction, вҖңAimee & JaguarвҖқ is based on a very real romance between Lilly Wust and Felice Schragenheim, as recounted by the former to journalist Charles Brady and later collected in a book by Erica Fischer. The delivery of this captivating narrative is exceptional, as the chemistry between the two leads is palpable and their story is one worth remembering. 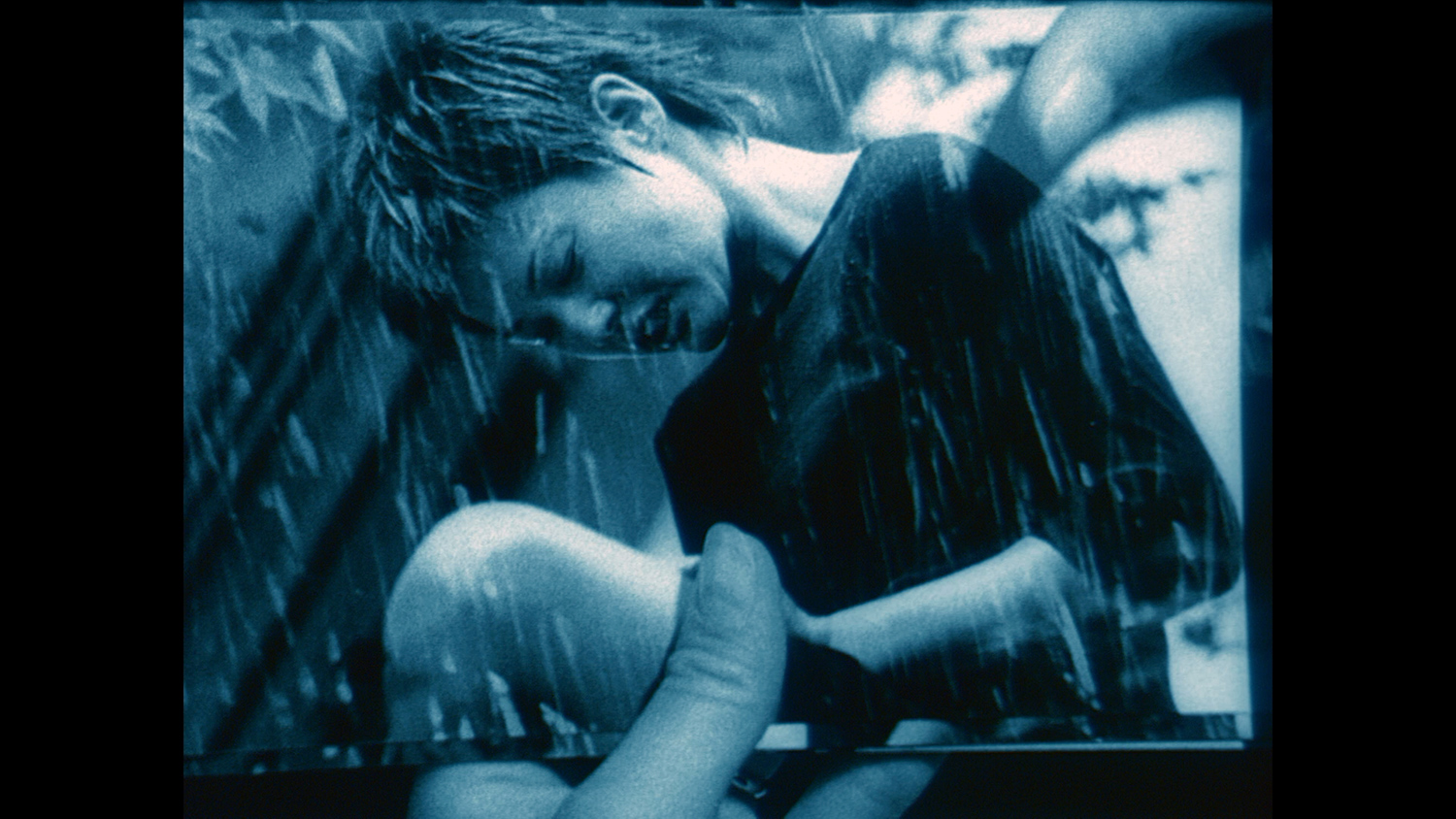 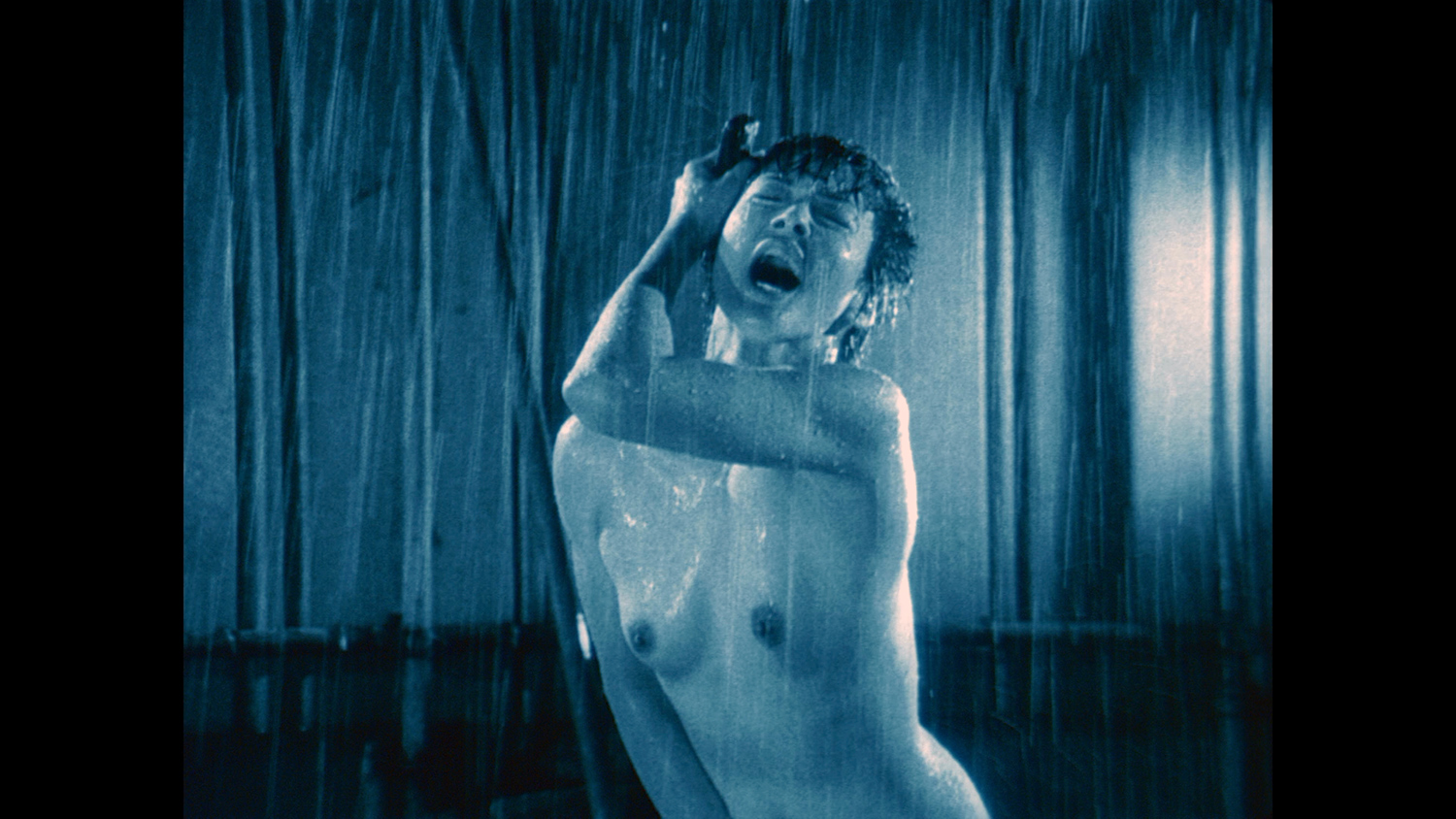 Humiliation and arousal combine in one man’s obsession in “A Snake of June.”

Only two degrees of separation from вҖңFifty Shades of GreyвҖқ in execution, вҖңA Snake of JuneвҖқ is a fantasy of masochism and sexual liberation. A professional counselor named Rinko finds herself trapped in a sexless marriage with her husband, ShigehikoвҖ”until the day she receives a letter containing photos of her masturbating. Shortly after this, she receives a phone call from one of her former patients, informing her that he will give her the negatives if she does as he says. It is not long before her husband is also drawn into this game of exhibitionism, with unexpected and eerie results.

The film was notably shot in monochrome during JapanвҖҷs rainy season and tinted blue in post-production. The end result is at once liberating and isolating (depending on the scene), with an atmosphere that is sometimes reminiscent of KurosawaвҖҷs black-and-white films. The slow-burning tension and chemistry between the two stars is enrapturing throughout. 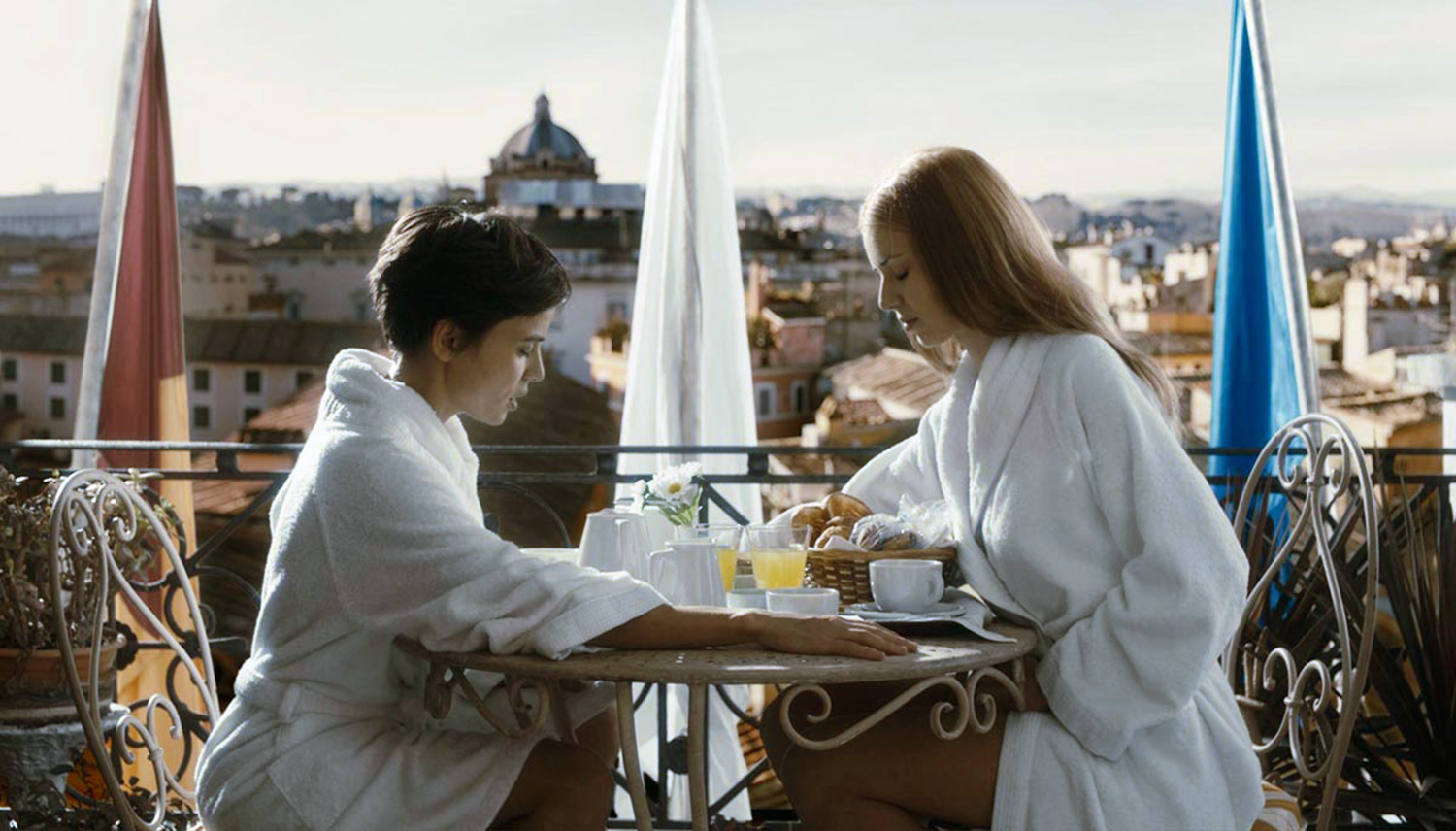 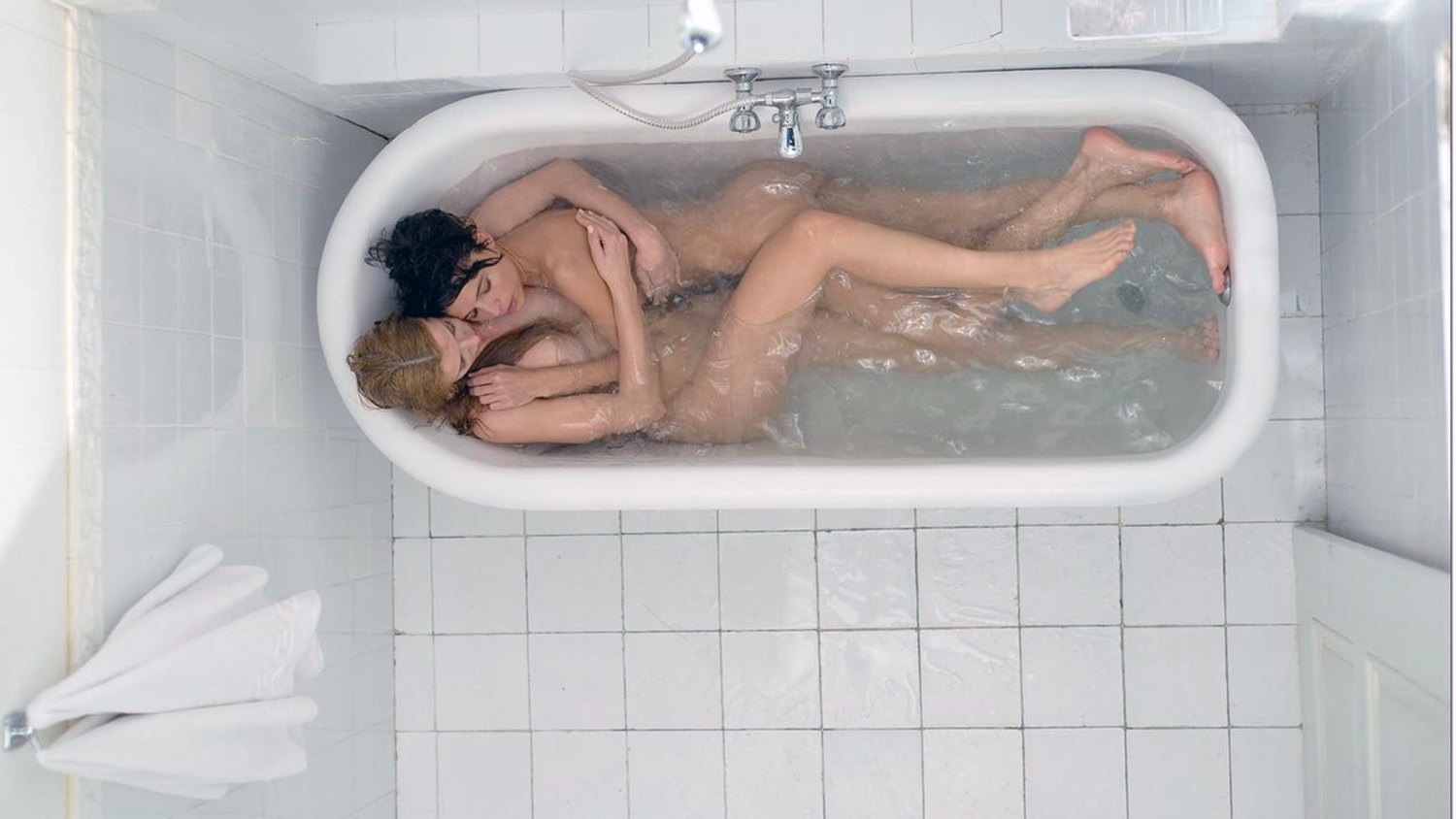 A one-night stand becomes personal in “Room in Rome.”

As love affairs go, вҖңRoom in RomeвҖқ is distinct in that it takes place over the course of a single one-night stand. Set almost entirely in the titular hotel bedroom, Alba and Natasha are two tourists who met at a club. Reluctant yet curious, Natasha is seduced by Alba. Over the course of the next ten hours, they begin to reveal more about who they are and where they came from while simultaneously exploring each otherвҖҷs sexual fantasies. While the film bursts with striking images, the cinematography occasionally veers into unintentional comedy (such as when the camera zooms in on a picture of Cupid during a particularly emotional moment). 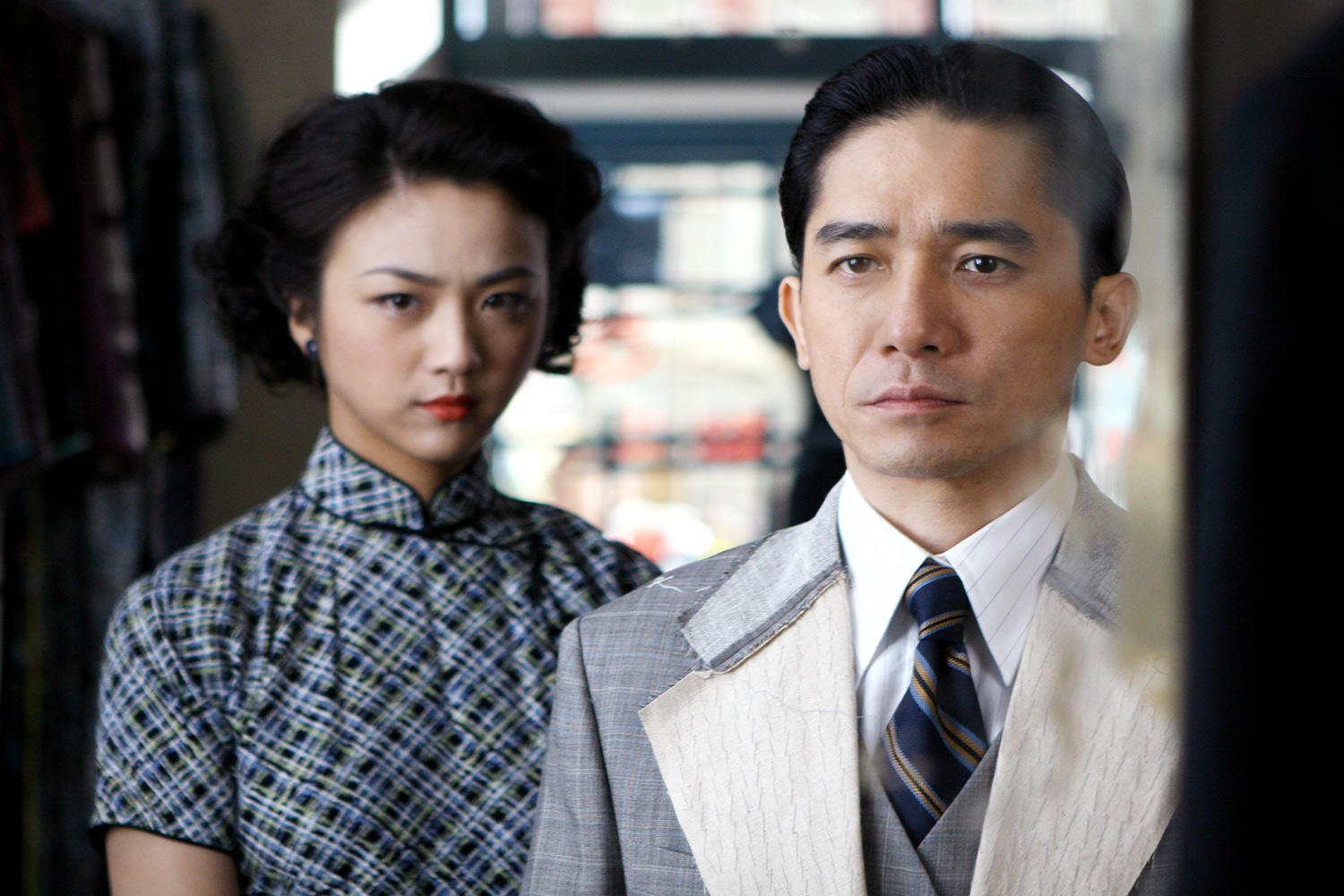 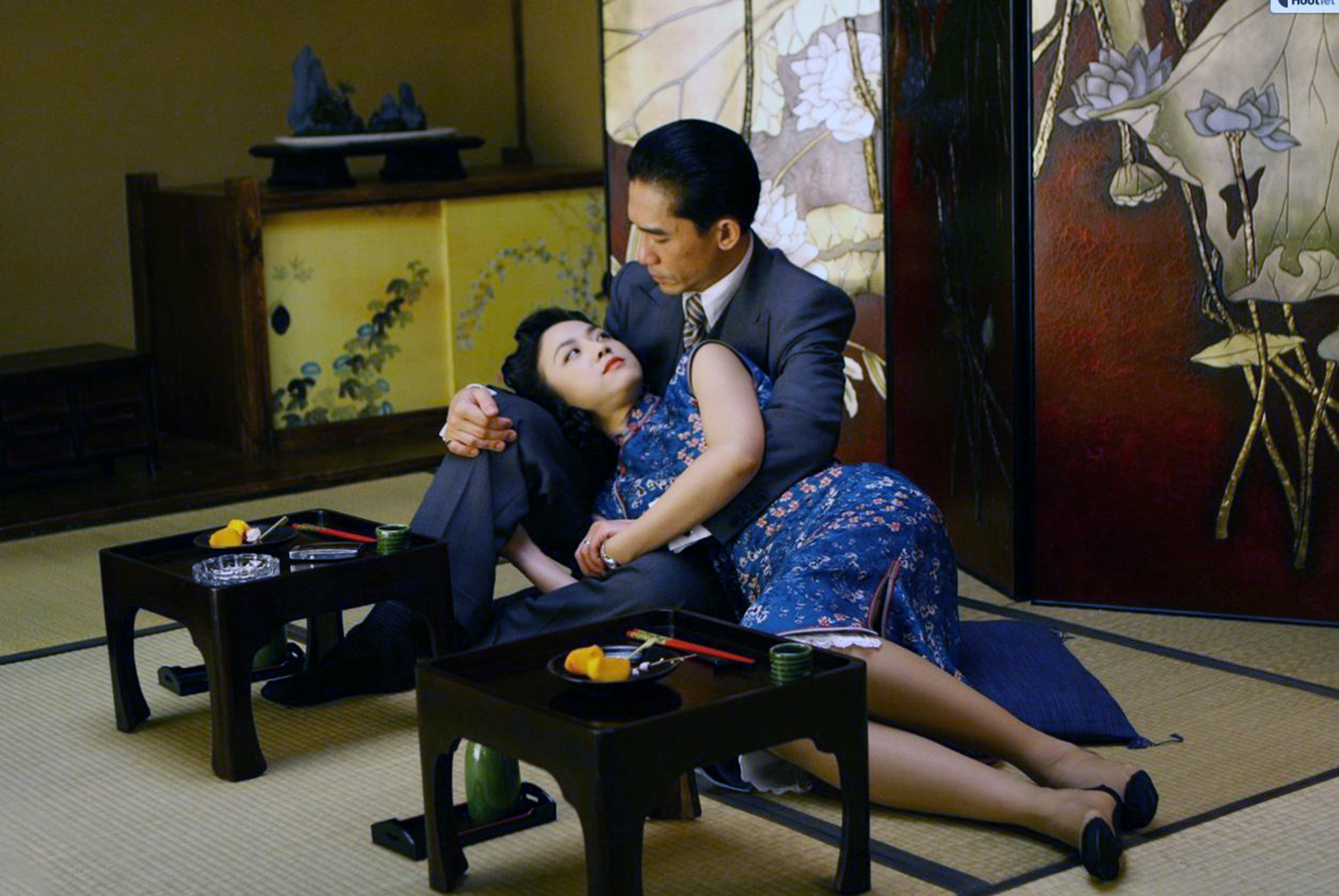 One woman in the world of espionage must balance lust with caution.

Coming off the heels of his heart-wrenching adaptation of вҖңBrokeback Mountain,вҖқ director Ang Lee created вҖңLust, Caution,вҖқ an espionage-thriller with a sensual edge. The story begins in 1938 Hong Kong, set against the backdrop of the second Sino-Japanese War. Wong Chia-chi is a first-year university student who joins her schoolвҖҷs patriotic drama club at the prompting of Kuang Yu Min, her male peer. Wong becomes the group’s lead actress as they put on plays, protesting the Japanese puppet government that controlled the Chinese capital at the time. Before long, Kuang convinces the troupe to take a more proactive stance against the occupying force; he wants to assassinate Mr. Yee, an agent of the government. Over the course of four years, Wong is transformed from a virginal young student into Mrs. Mak, the mistress of their target.

Another historical drama, вҖңLust, CautionвҖқ is a long build-up to a passionate climax. LeeвҖҷs talent for utilizing light and shadow is well-employed throughout the film; it contributes to the feeling thatВ whether or not their plan succeeds,В loyalties and lives will be lost. 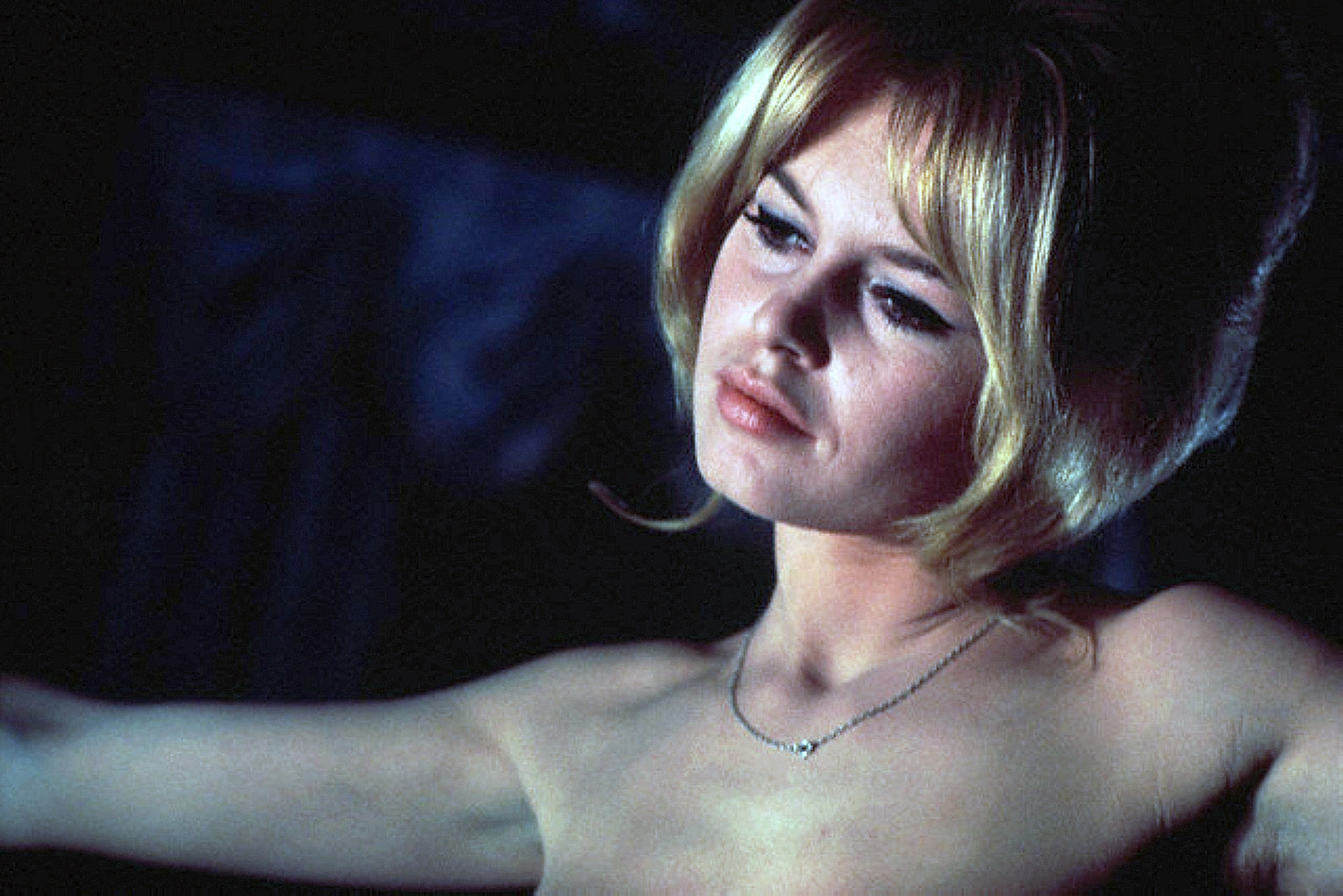 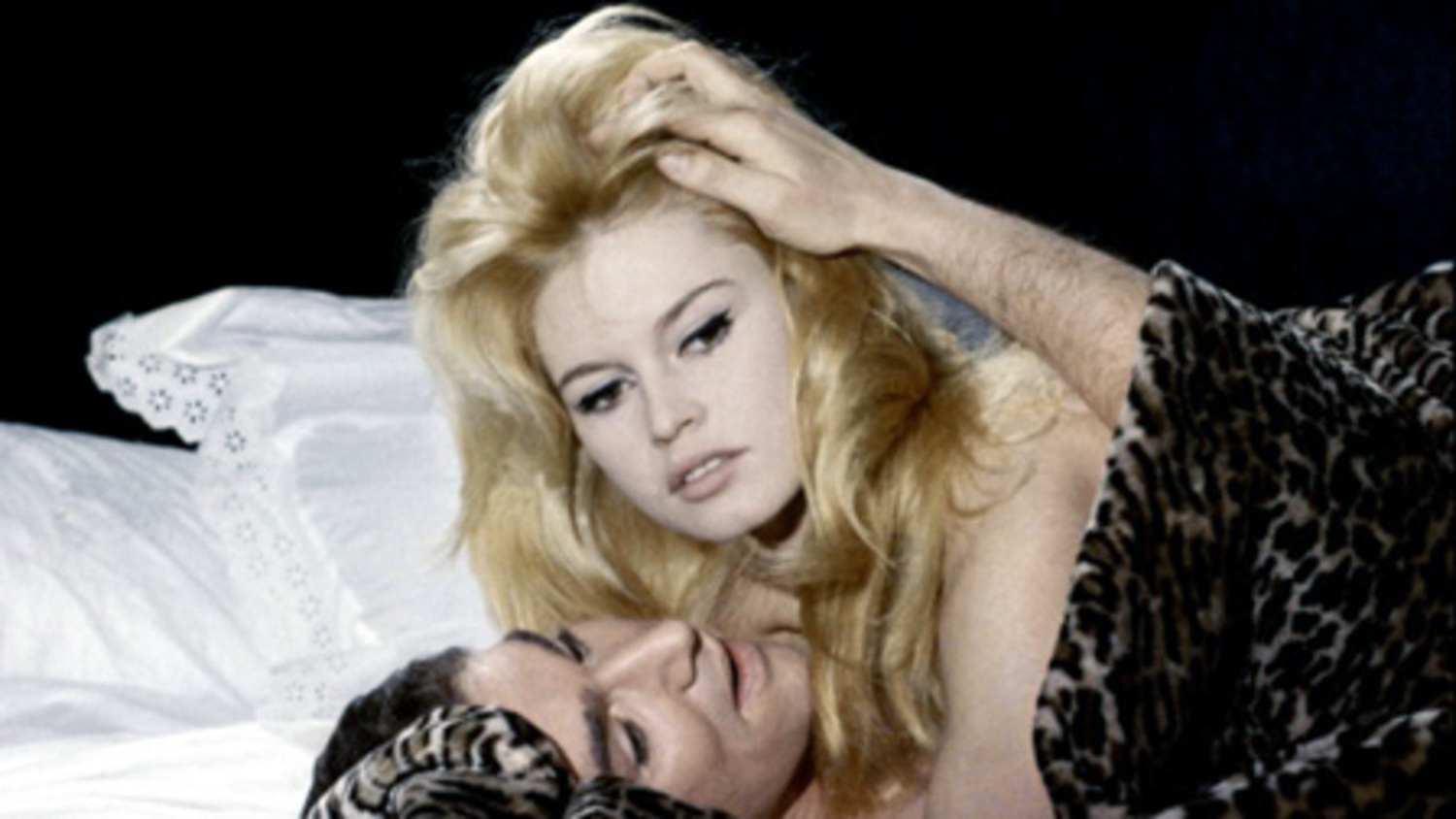 Love on a Pillow

Marking Brigitte BardotвҖҷs first attempt at a completely dramatic role (she was known previously for comedy), вҖңLove on a PillowвҖқ is a too-familiar story for many young women. While traveling to a small town in France to claim her inheritance, GeneviГЁve (Bardot) walks into the wrong hotel room by accident and finds a man in the midst of a suicide attempt. She saves his life, and the two return to Paris together, where their affair begins in earnest. Unbeknownst to GeneviГЁve beforehand, Renaud, the man she saved, is a sociopath who begins takingВ over her life while abusing her emotionally and verbally.

Told explicitly from GeneviГЁveвҖҷs point of view, the film is careful not to make the destructive Renaud into a sympathetic figure. GeneviГЁve is forced to grow from her experiences, with BardotвҖҷs performance capturing both youthful innocence and the wiser outlook that she eventually acquires. While not intended as a reflection of unhealthy relationships, вҖңLove on a PillowвҖқ is nonetheless a product of the 1960s, bearingВ an old-fashion sensibility towards relationships. 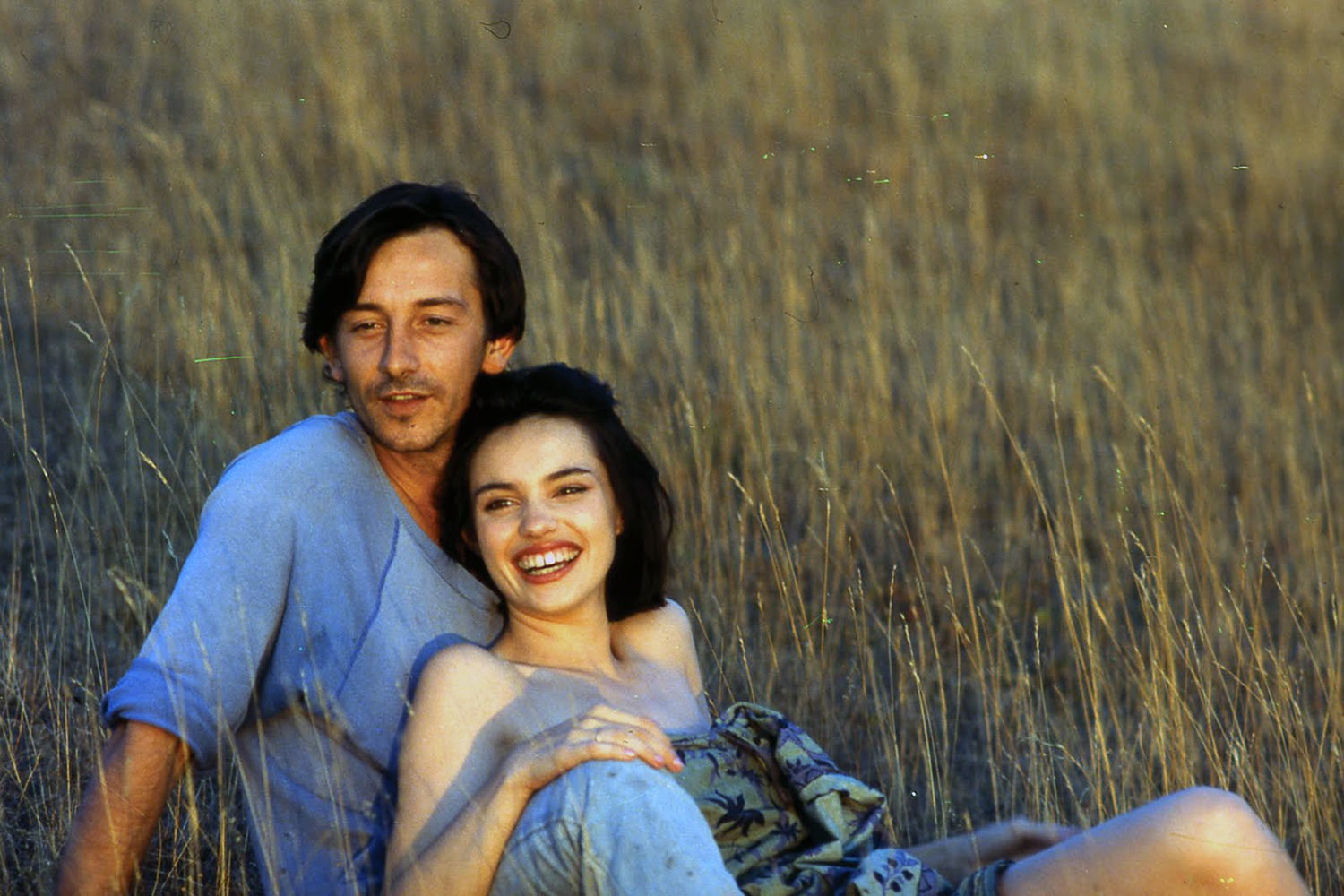 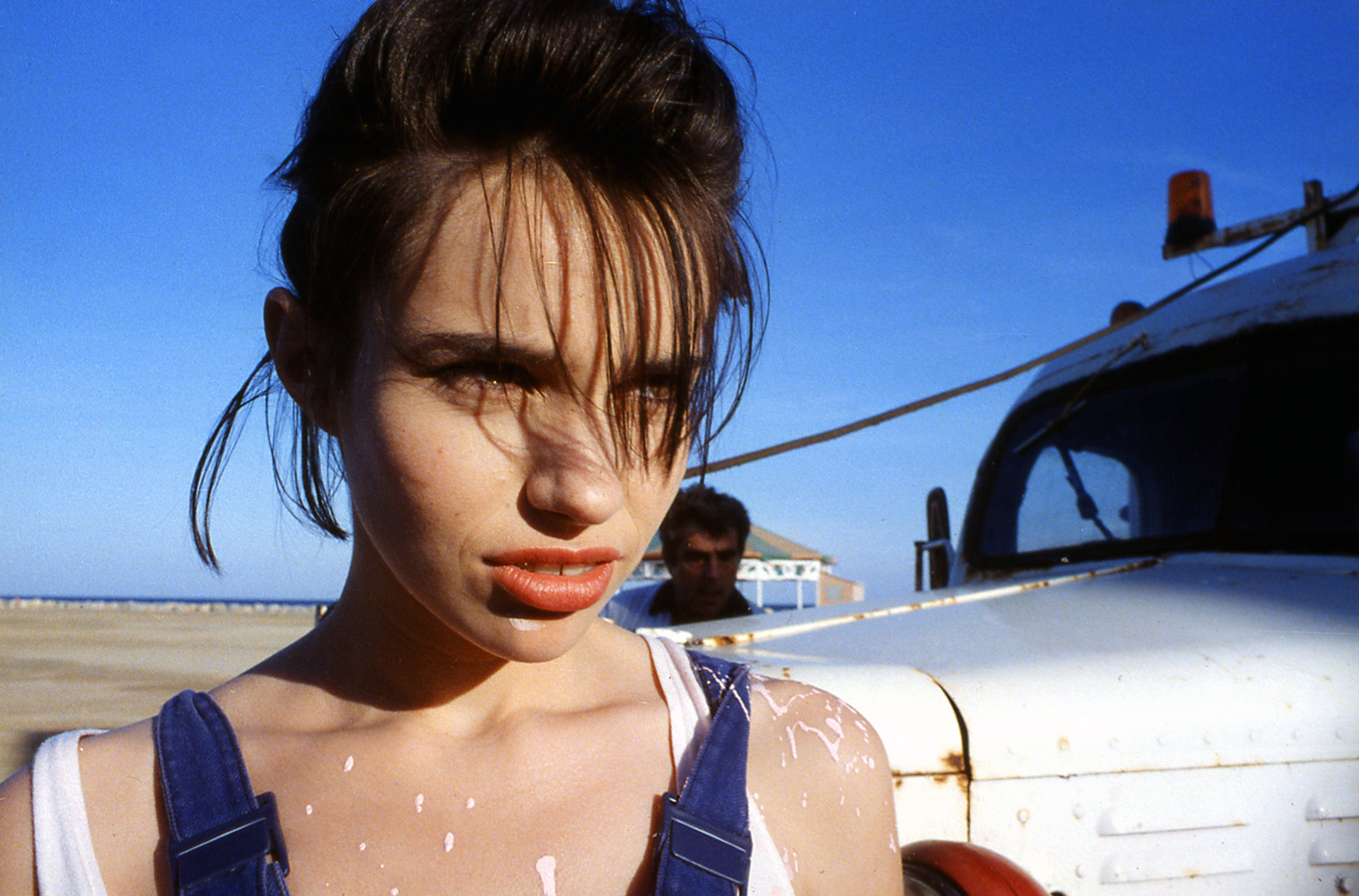 “Betty Blue” shows the dark side of a whirlwind romance.

вҖңBetty Blue,вҖқ the final entry on this list, is an erotic film that embraces the consequences of its characterвҖҷs actions. An aspiring writer named Zorg meets the volatile and impulsive Betty, and the two begin a romance. At first, BettyвҖҷs quirks endear her to Zorg, with Betty encouraging him to send his novel off to the publishers. As the film progresses, BettyвҖҷs mental state deteriorates. In many ways, she serves as a prototype for the вҖңmanic pixie dream girlвҖқ (MPDG). MPDG characters are generally defined more by their unusual quirks than they are by any personality, and they often exist only to fulfill a sad-sack of a male character’s plot line. The major difference between “Betty Blue” and more contemporary examples of the MPDG is that this film is much more realistic, and it does not shy away from the consequences of the characters’В behaviors. BettyвҖҷs actions range from charming to the signs of serious mental illness as she injures herself and others.

The two characters have an antagonistic and detrimental effect on each other, and the conclusionВ abandons eroticism in favour of violence. The film is carnal, but not romantic. In his review, Roger Ebert stated that вҖңlove is not the same thing as nudity,вҖқВ which is probably the best way to think of вҖңBetty Blue.вҖқ This Oscar-nominated film is full of nude spectacles, but it lacks a sense of real emotional connection; Zorg and Betty are two damaged individuals in a viciously co-dependent relationship.