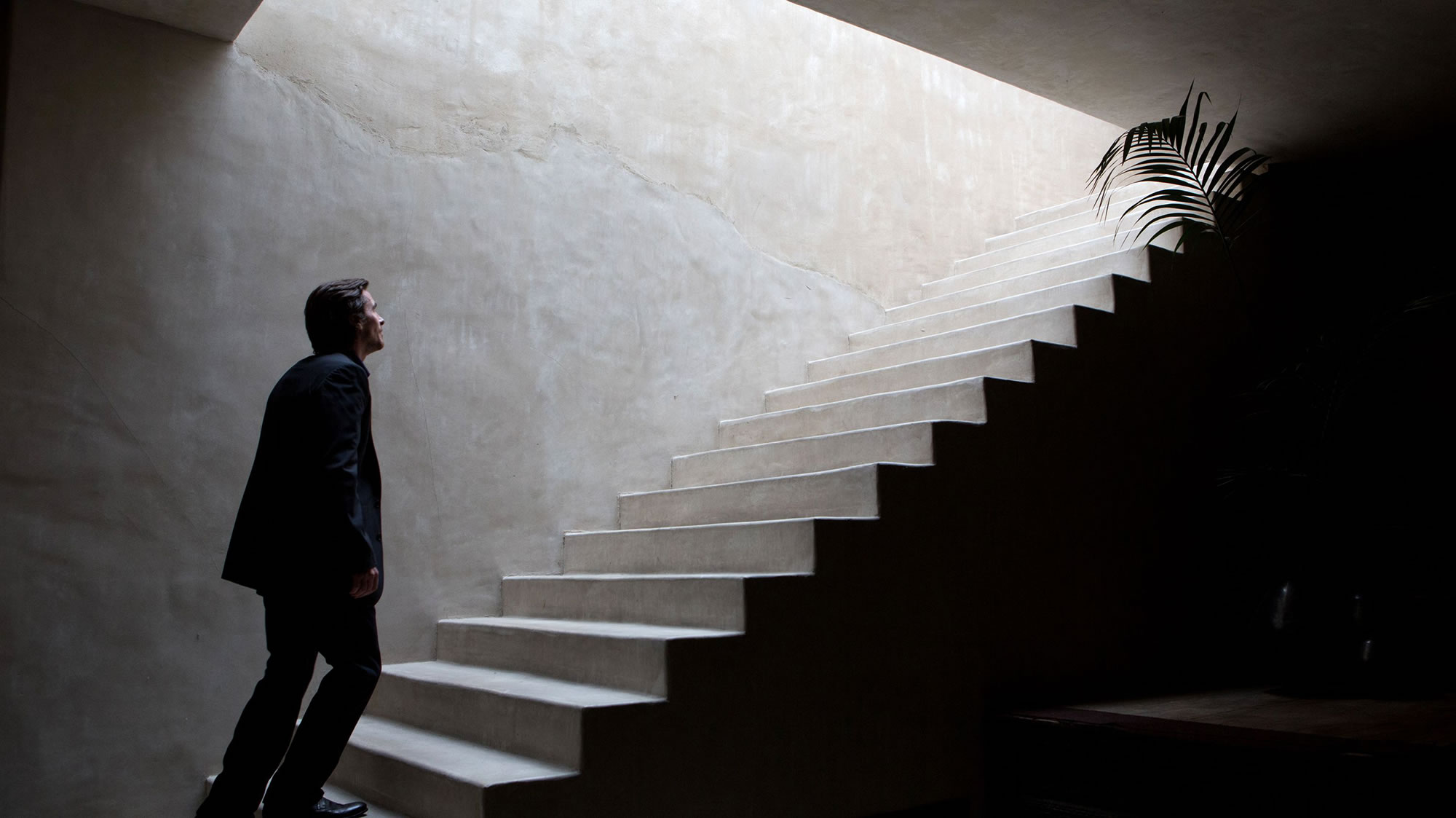 There has been much online chatter in recent months, that 2016 hasn‚Äôt been so good for the movies.

Blockbuster season was categorically an abject parade of expensive crap, with ‚ÄúSuicide Squad‚Äù being a far worse picture than the berated ‚ÄúBatman v Superman: Dawn of Justice,‚Äù but one over-hyped season is not representative of the whole calendar year.

World cinema titles, festival flicks, indie productions and so forth provided an embarrassment of riches. While I’ve left out some excellent movies, the likes of ‚ÄúEmbrace of the Serpent,‚Äù ‚ÄúChi-Raq,‚Äù ‚ÄúThe Hateful Eight‚Äù ‚ÄúLove and Friendship‚Äù and ‚ÄúKate Plays Christine‚Äù each deserve honorable mentions. 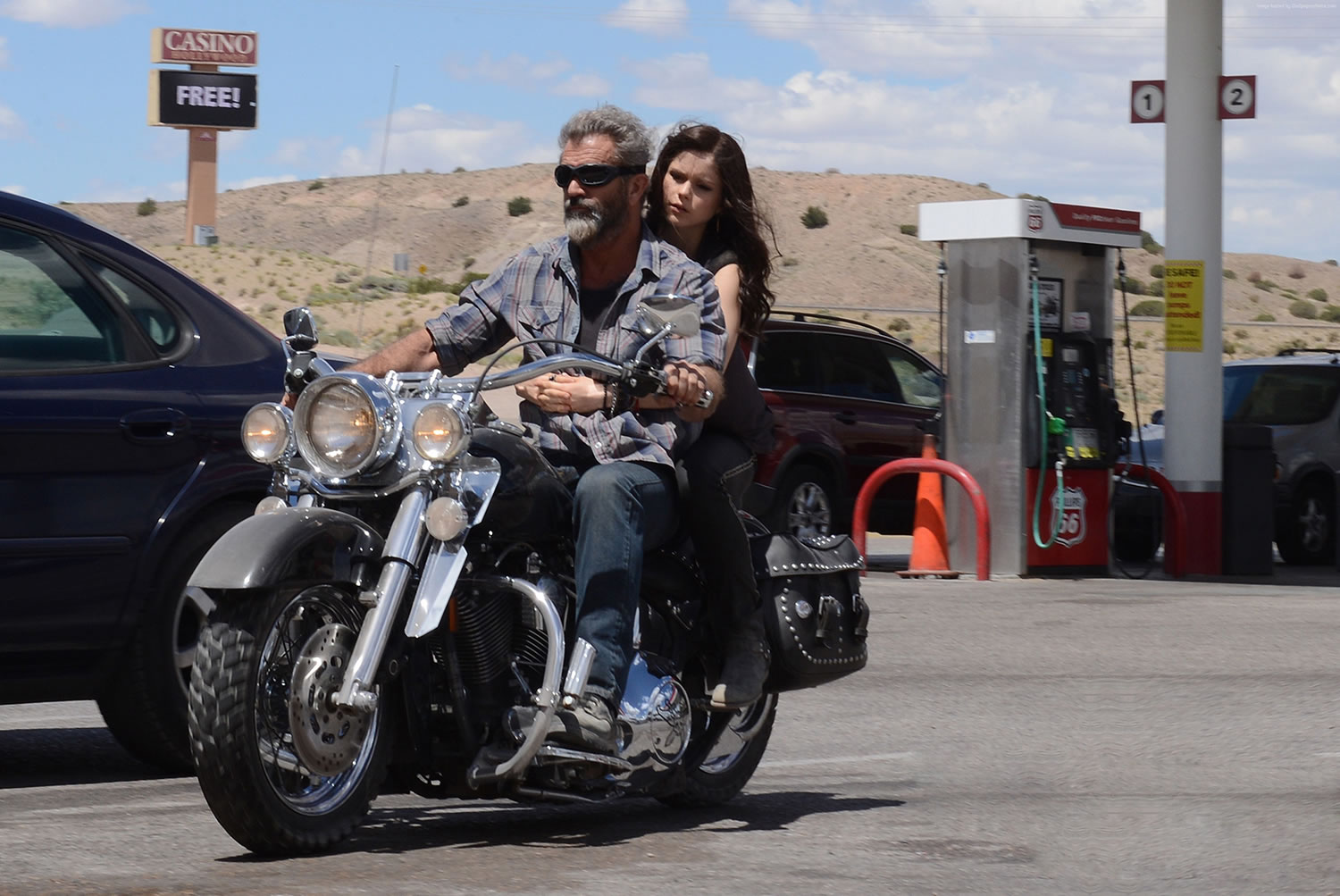 Mel Gibson is on the comeback trail in this excellent old-school genre flick.

Jean-Fran√ßois Richet‚Äôs ‚ÄúBlood Father‚Äù is a superbly crafted genre piece benefitting from a top performance by Mel Gibson. Harking back to a time when action thrillers were made by B-movie auteurs or solid journeymen directors (not music video kids with ADHD), ‚ÄúBlood Father‚Äù is almost classical in form: economic storytelling, well-devised action scenes, cool chase sequences, character actors filling out the cast. 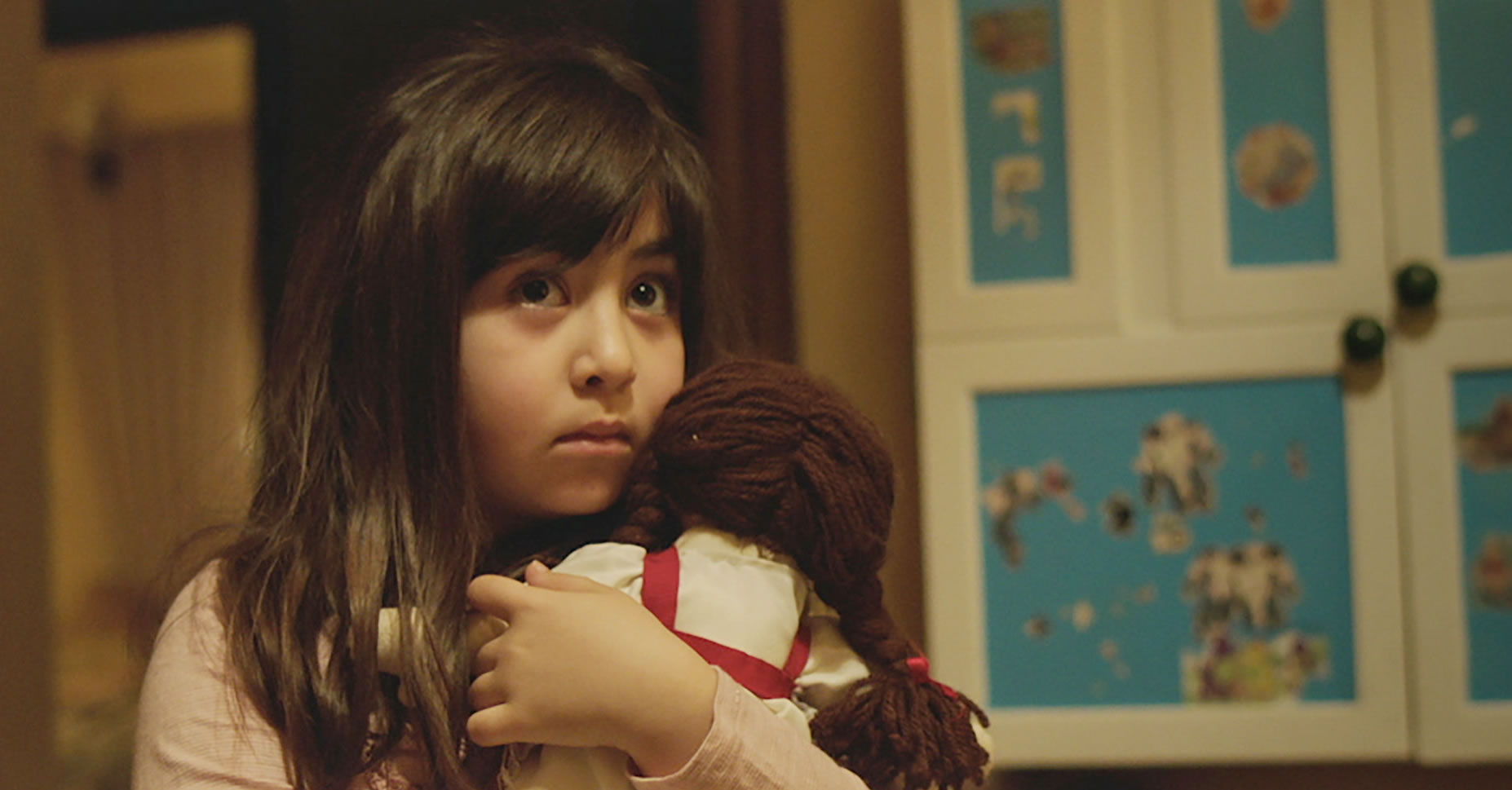 “Under the Shadow” wowed audiences at Sundance (easily the worst festival in the world for overhyped movies), but this Iran-set, British-made tale of ghostly and political terror is a keeper. A young mum (played by Narges Rashidi) experiences things that go bump in the night during the 1980s Iran-Iraq war. Is an evil spirit determined on capturing her soul or is she going mad? 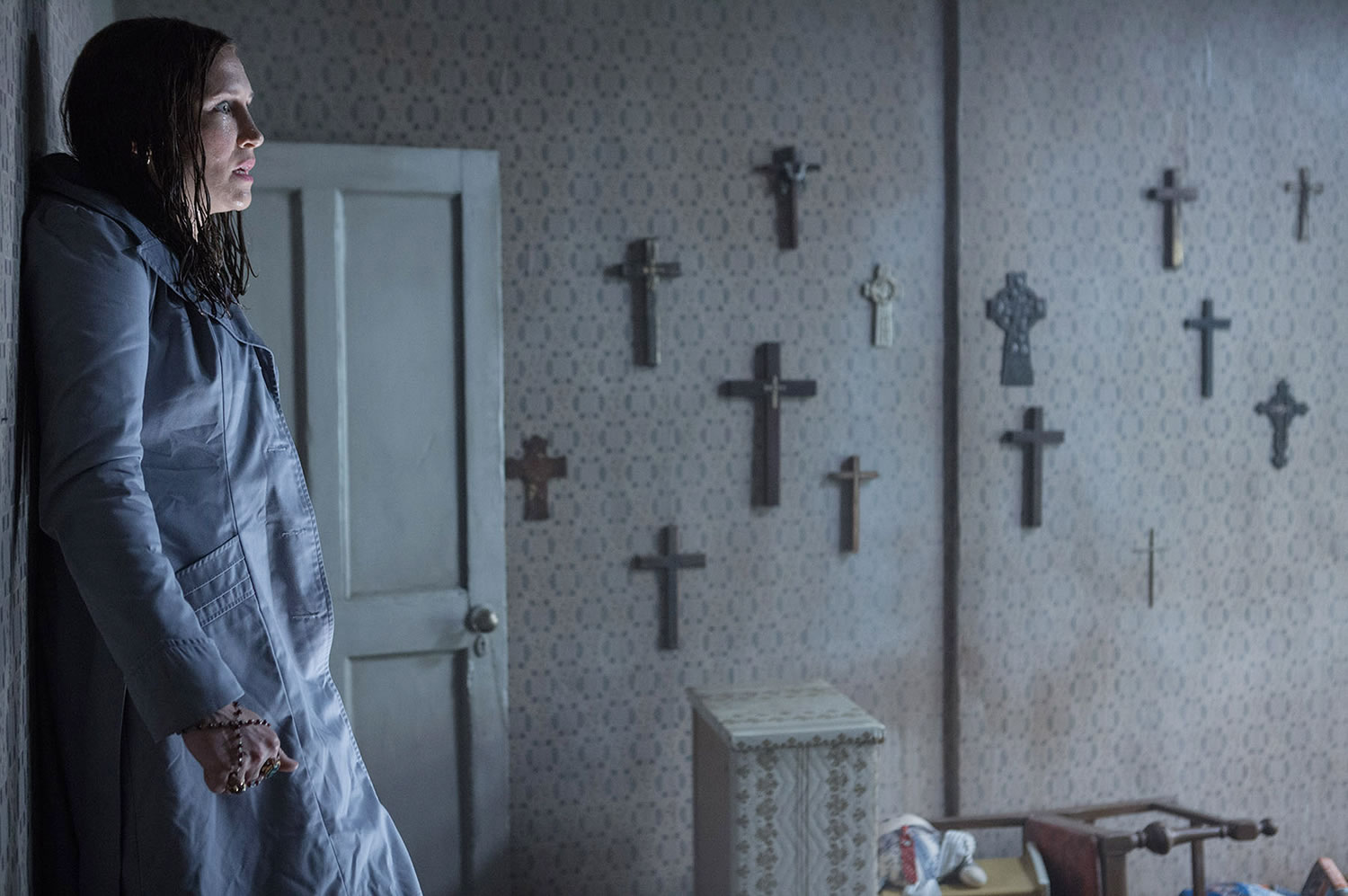 James Wan announced to the press he was done with horror movies, but changed then his mind and turned in what should rightfully be considered his masterpiece. ‚ÄúThe Conjuring 2‚Äù is the best studio-backed American horror movie of the year, taking its inspiration from the real-life ‚ÄúEnfield Poltergeist‚Äù case and delivering masterful chills and thrills. 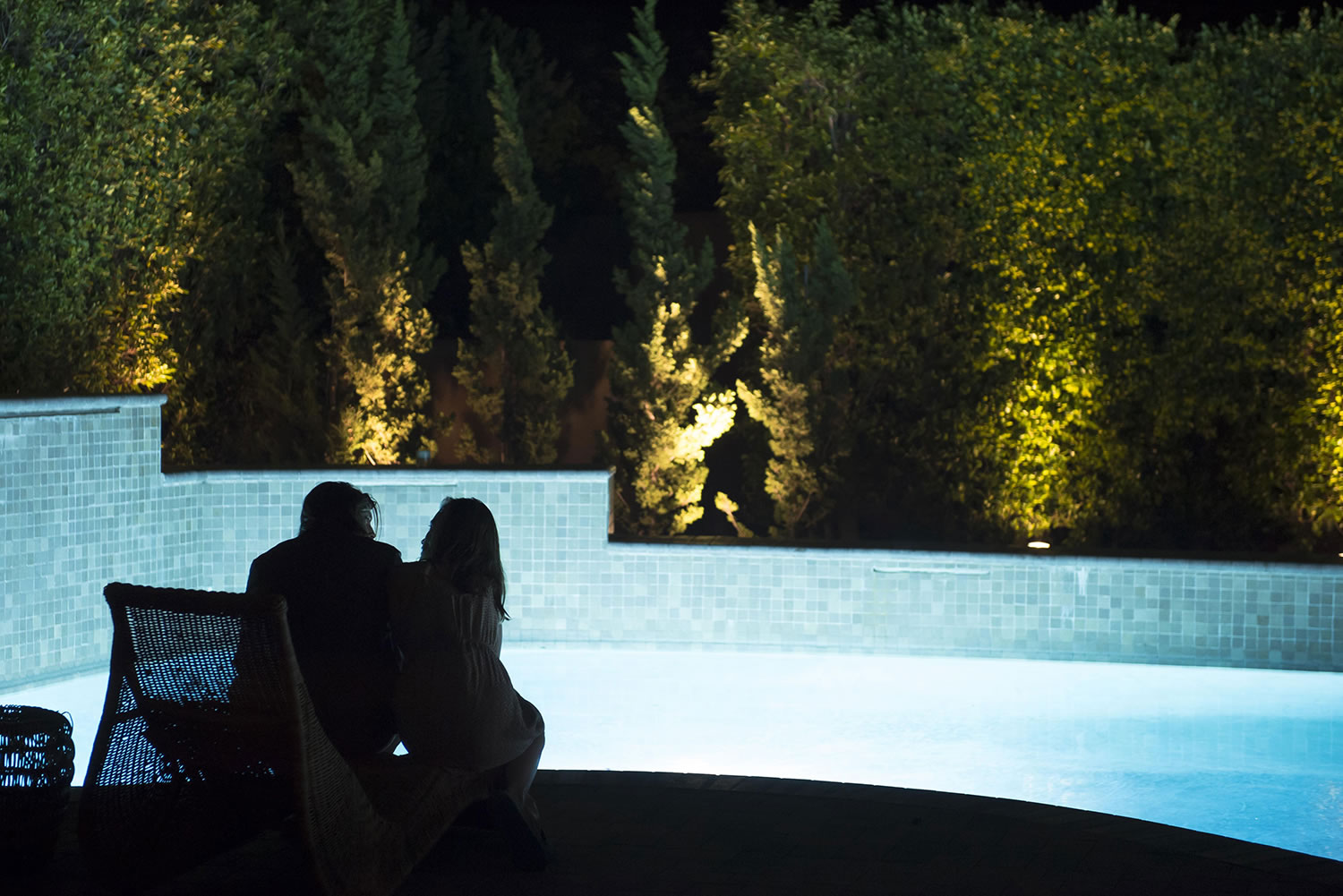 Karyn Kasuma‚Äôs ‚ÄúThe Invitation‚Äù is a great reminder that dinner parties should be avoided at all costs. Will (Logan Marshall-Green aka Tom Hardly) attends a get-together in the Hollywood hills, but something isn‚Äôt quite right. His ex-wife and her partner have joined a cult and think their pals would benefit from joining, too. No other film in 2016 captured the raise of populist politics‚Äîright or left‚Äîso terrifyingly. 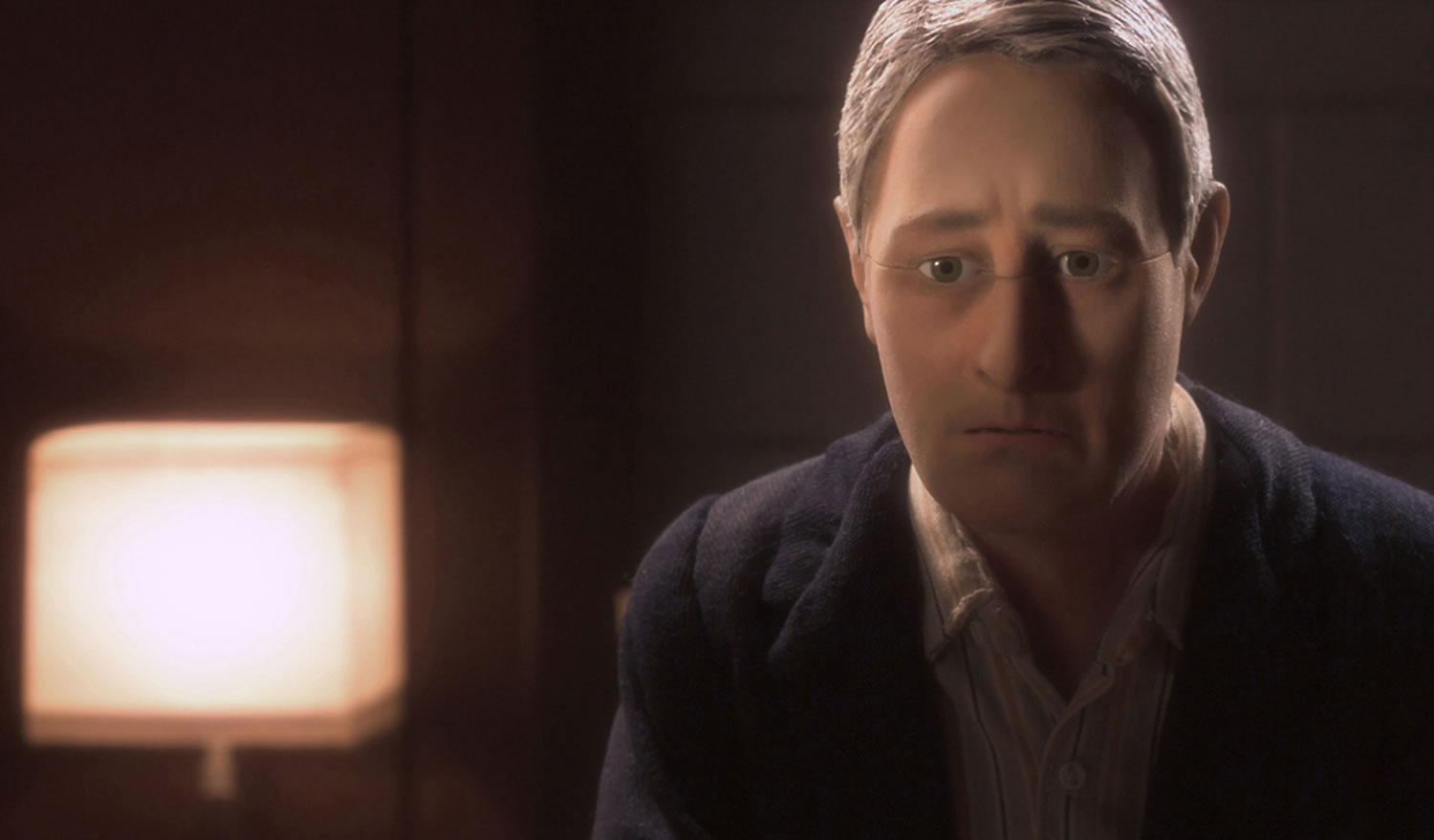 Charlie Kaufman‚Äôs Kafka-esque love story takes place in the utterly banal world of a hotel in a Midwest city. Michael (voiced by David Thewlis) is a customer service guru in a bit of a funk until he falls for Lisa (voiced by Jennifer Jason Leigh) at a convention. Winner of the Grand Jury Prize at Venice in 2015, ‚ÄúAnomalisa‚Äù is further proof Kaufman is a master of existential nightmares and surreal comedy. 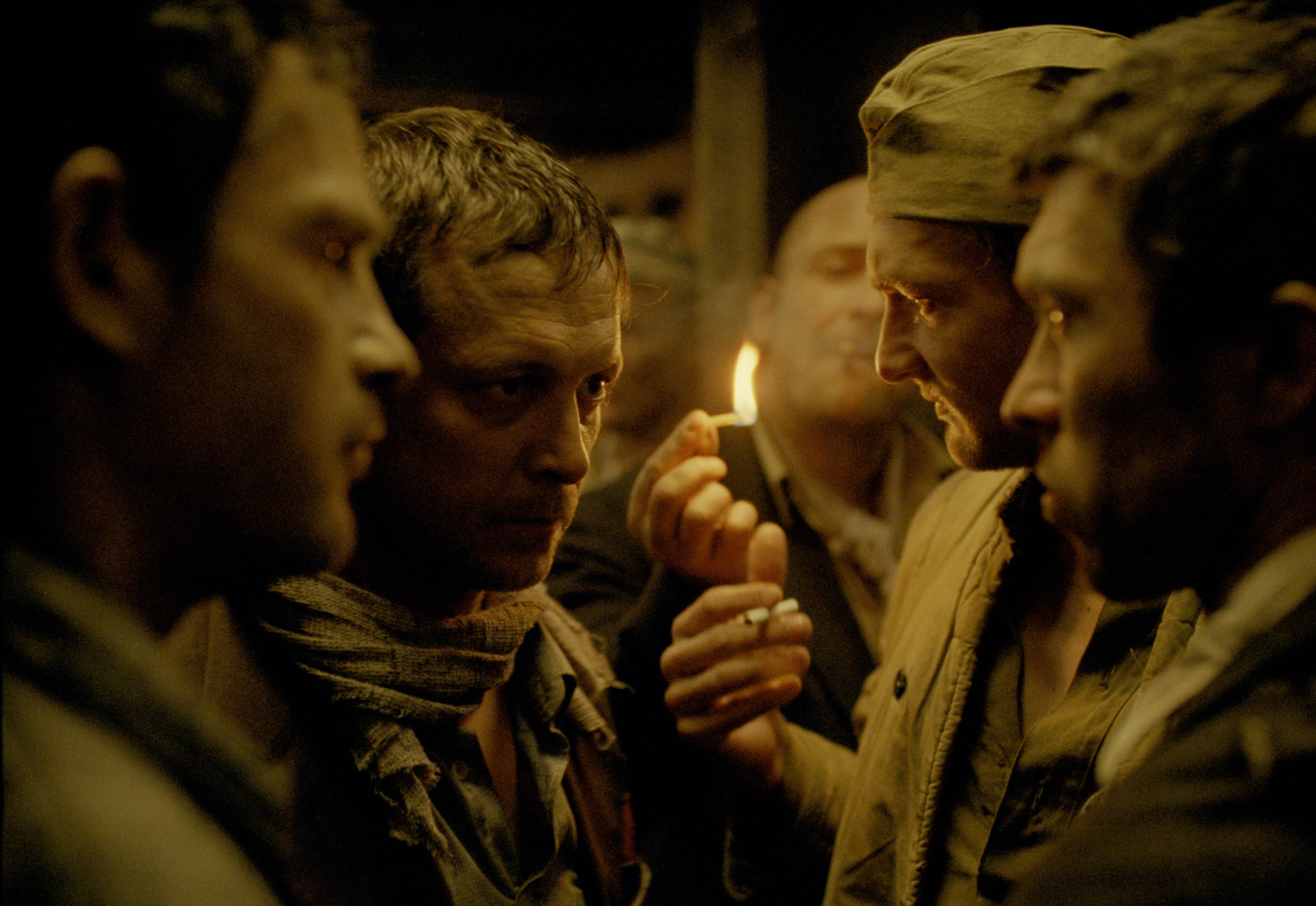 “Son of Saul” is among the most remarkable film debuts of all time.

In the history of film debuts, L√°szl√≥ Nemes‚Äôs ‚ÄúSon of Saul‚Äù ranks among the finest. It won not only the 2015 Grand Jury Prize at Cannes, but this year Nemes picked up an Oscar for ‚ÄúBest Foreign Language Film.‚Äù The story of a traumatised man working as a Sonderkommando in Auschwitz, the use of the Academy Ratio and 40mm lenses, to produce an intimate field of depth, made ‚ÄúSon of Saul‚Äù a singular piece of work that‚Äôll leave you shaken. 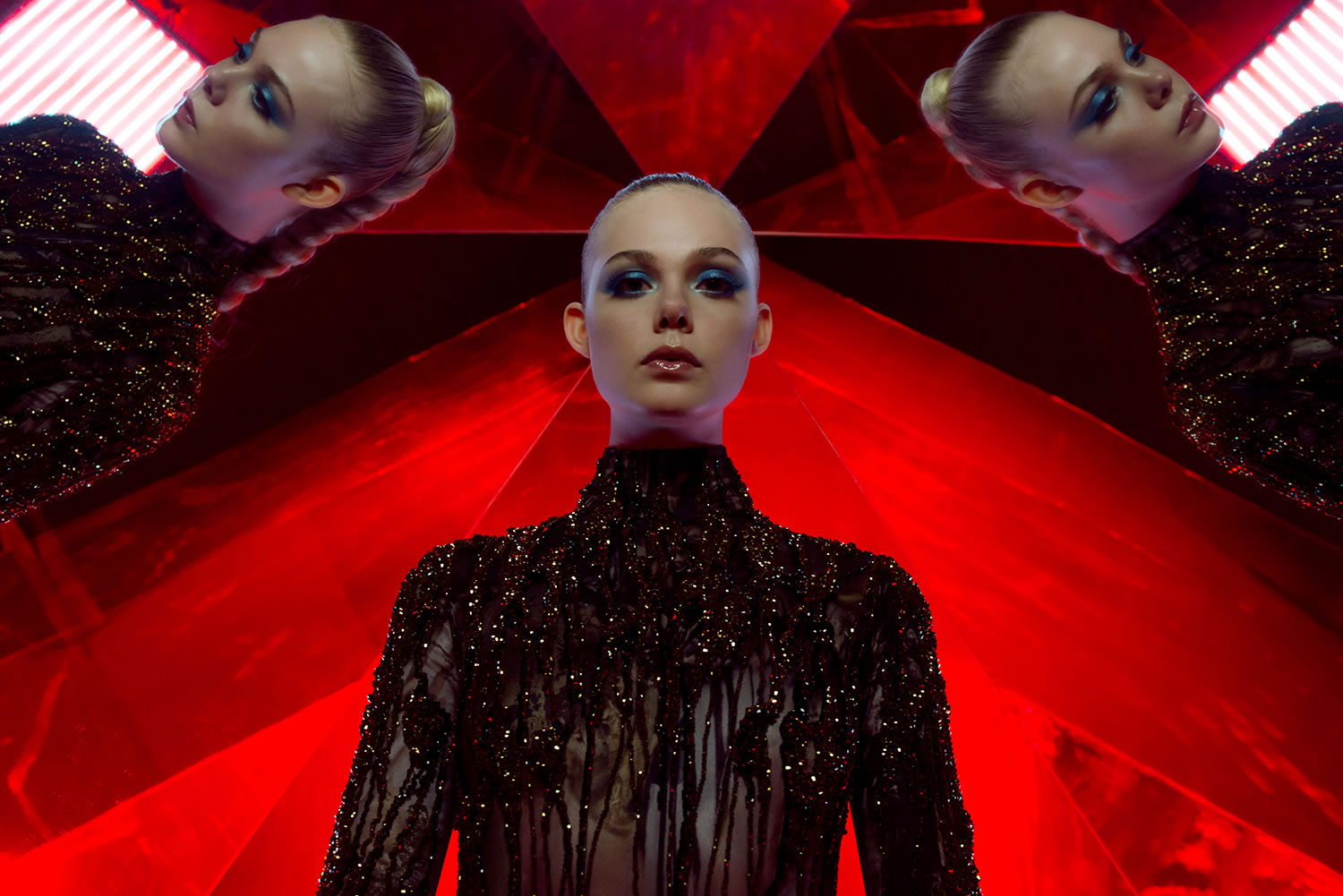 Beauty is destructive in NWF’s horror movie set in the LA fashion world.

Nicolas Winding Refn’s L.A. horror film is a gaudy and often beautifully OTT melodrama about our obsession with beauty and pressures females endure to conform to industry standards. Elle Fanning is great in the lead role, but the movie belongs to Jena Malone as Ruby, a makeup artist hiding sinister intentions behind her friendly smile. Vampirism, cannibalism and necrophilia‚Äî‚ÄúThe Neon Demon‚Äù is a riot of colour and button-pushing provocation. 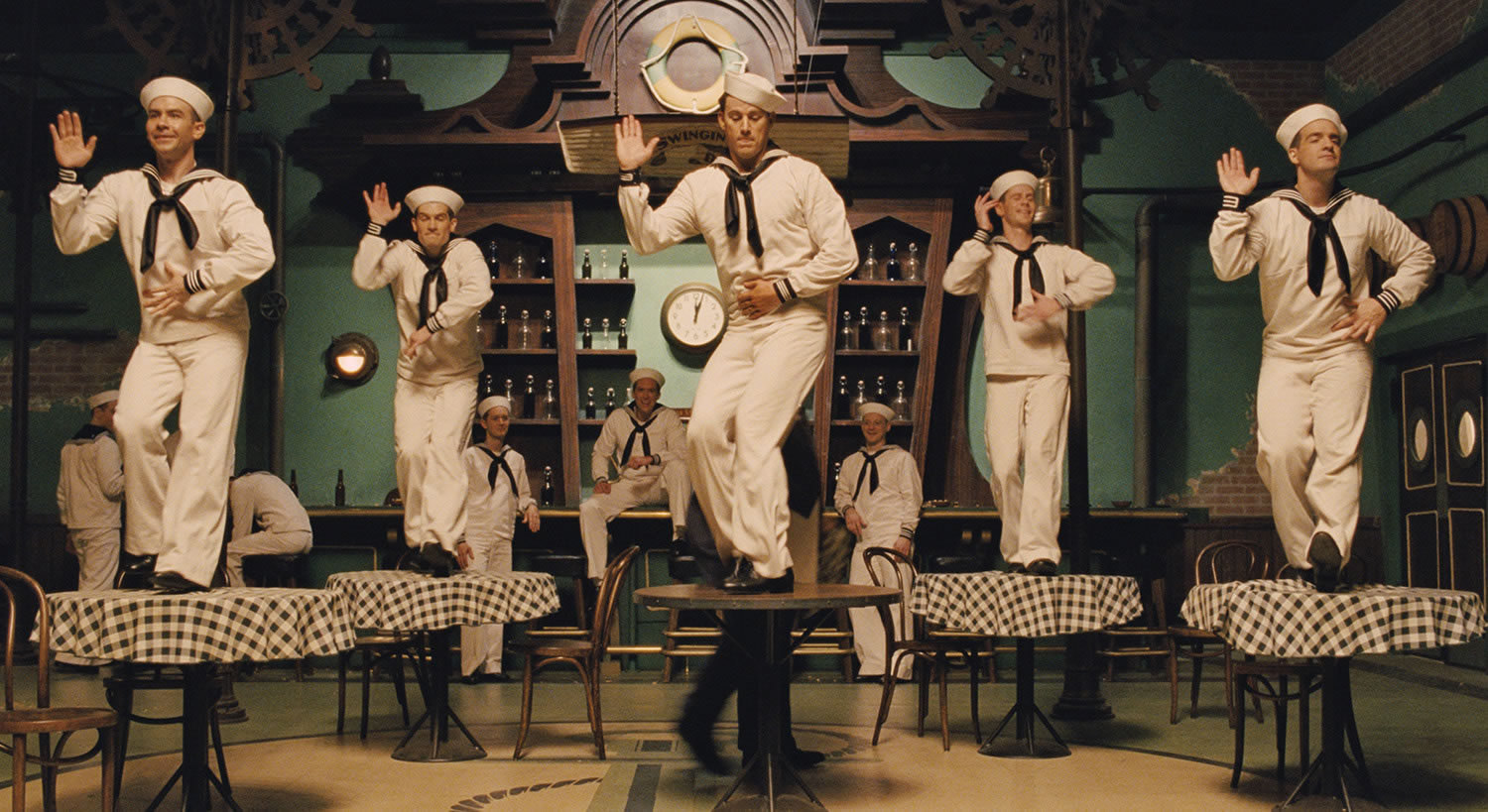 Featuring an all-star cast, the Coen brothers delivered one of the best comedies of the year.

‚ÄúHail, Caesar!‚Äù features one of the year‚Äôs most memorable scenes. Cowboy star, Hobie Doyle (Alden Ehrenrich), has been cast in a sophisticated studio drama directed by posh Brit, Laurence Laurentz (Ralph Fiennes). Fumbling his lines, Laurentz attempts to coach young Hobie. Asking him to repeat ‚ÄúWould that it were so simple‚Äù and growing increasingly frustrated by Hobie‚Äôs southern twang ruining the delivering, Ehrenrich and Fiennes are fried gold. When the Coens are on fire, they‚Äôre peerless. 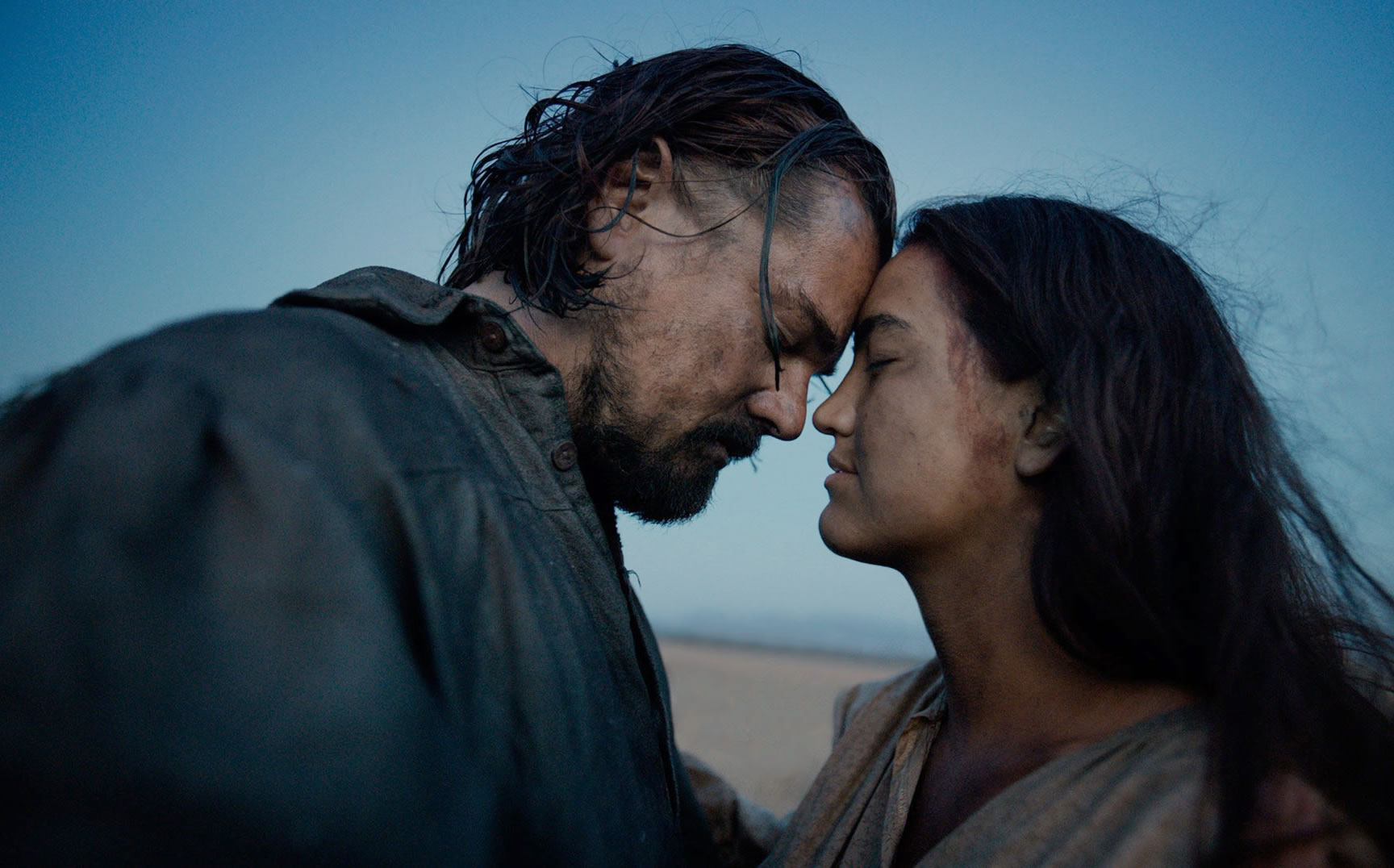 “The Revenant” is an aesthetic marvel with a tremendous performance by Leonardo DiCaprio. 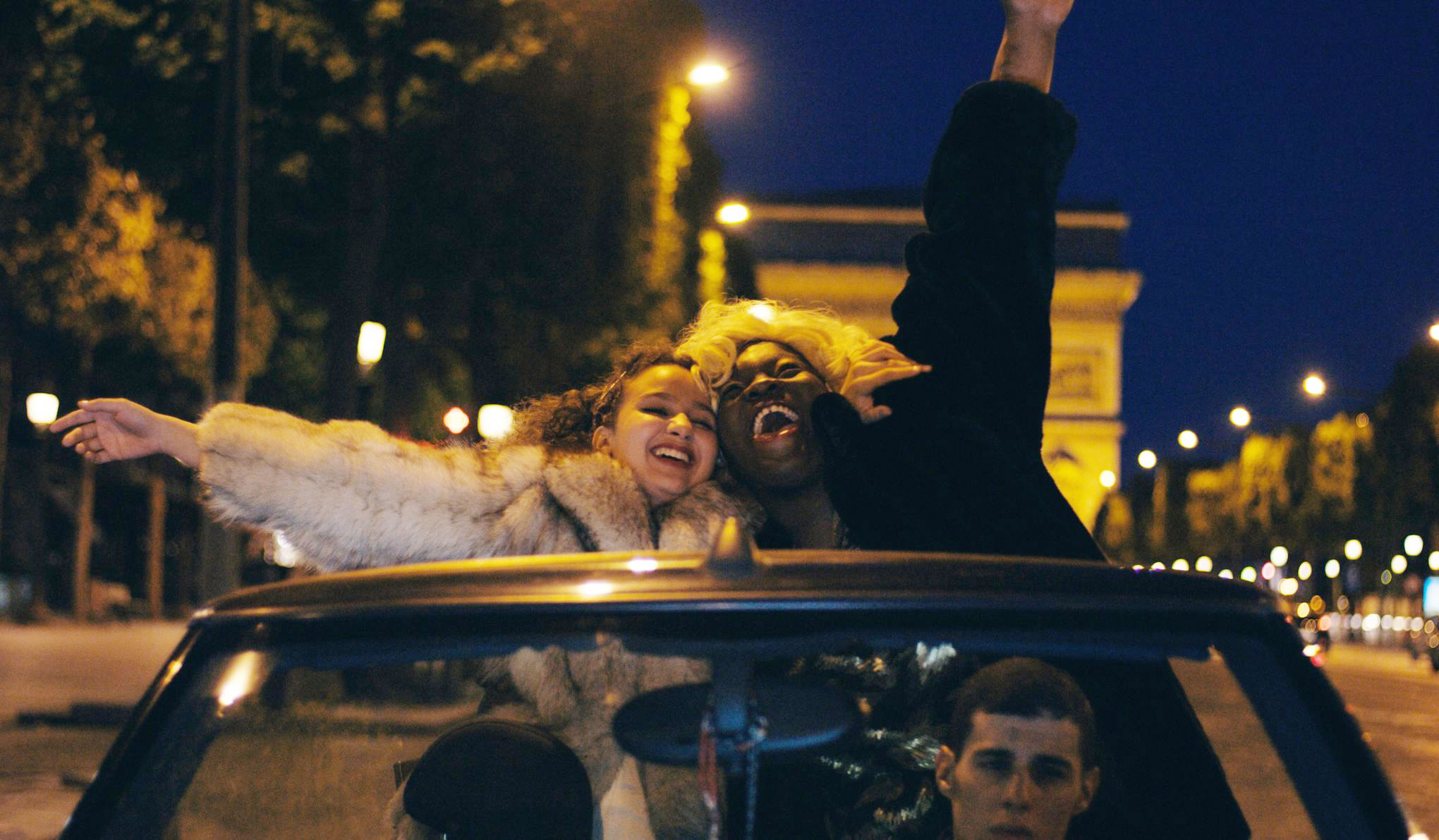 One of the breakout movies of the year, Houda Benyamina’s debut is a must-see.

Houda Benyamina‚Äôs ‚ÄúDivines‚Äù won the Camera d‚ÄôOr prize at Cannes back in May, and the film was picked up by Netflix. A coming-of-age drama about an impoverished teenager with big dreams, her social aspirations and bad behaviour lead down the road to tragedy. Fronted by a star-making performance by Oulaya Amamra, ‚ÄúDivines‚Äù is a dazzling achievement. 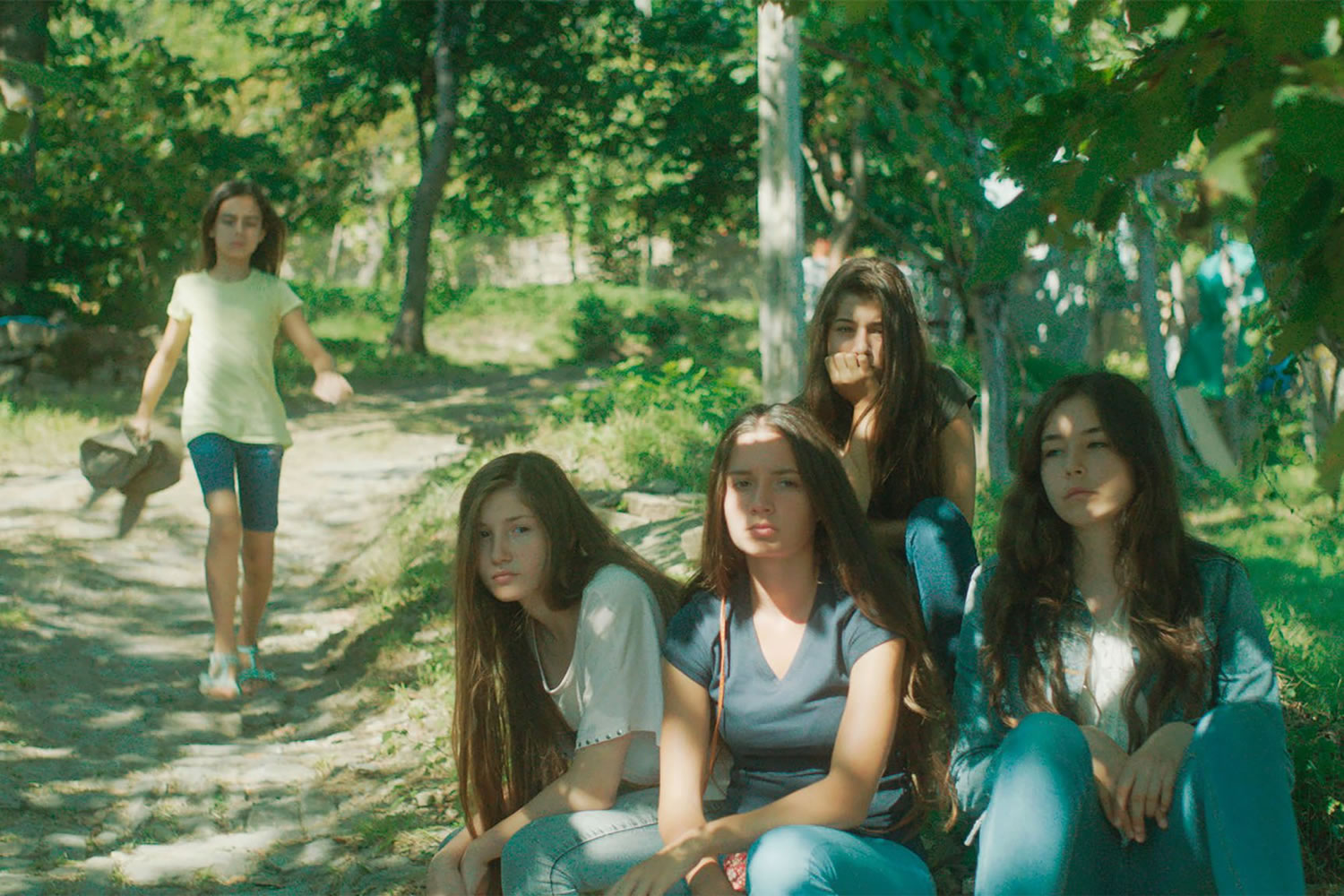 Another gem in the crown that is today’s Turkish cinema.

‚ÄúMustang‚Äù is a film about a group of young girls fighting back against patriarchy in an ultra-conservative household. Gorgeously photographed, acted with heart, spirit and humour, Deniz Gamze Erg√ºven‚Äôs film is a gem from the exciting new wave of Turkish cinema. The screenplay, co-written by Alice Winocour, earned a C√©sar award (the French Oscars). 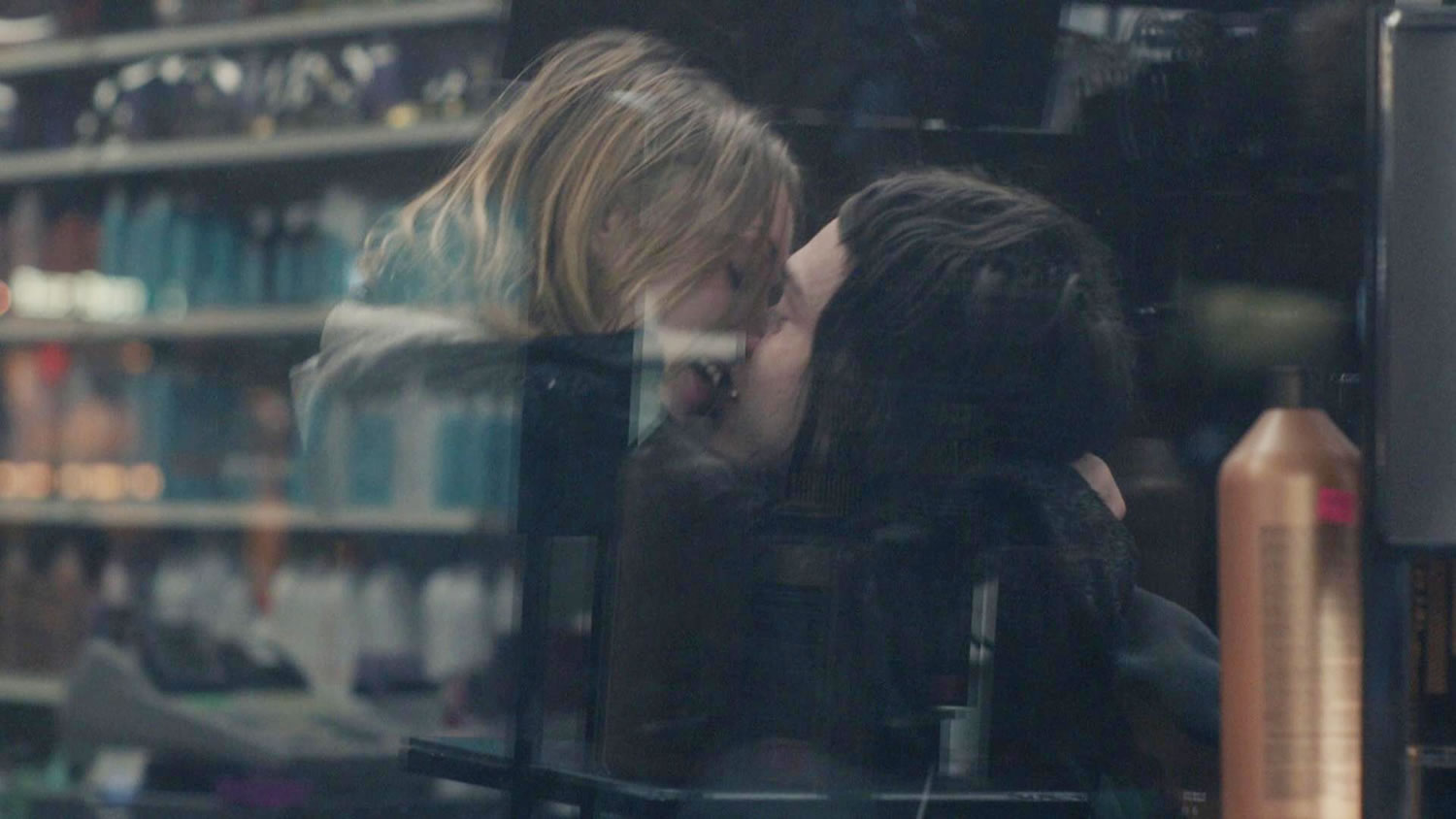 Possibly the best film about junkie lovers since 1971’s “The Panic in Needle Park.”

Homeless junkie, Arielle Holmes, was discovered panhandling on the street and was asked to write her story down by two directors, Ben and Josh Safdie. The result, an unpublished memoir titled ‚ÄúMad Love in New York City,‚Äù was then turned into ‚ÄúHeaven Knows What.‚Äù Holmes plays a slightly fictionalized version of herself, the film detailing her love for fellow drug-addled hobo, Ilya (Caleb Landry-Jones), and her grubby life on the streets. 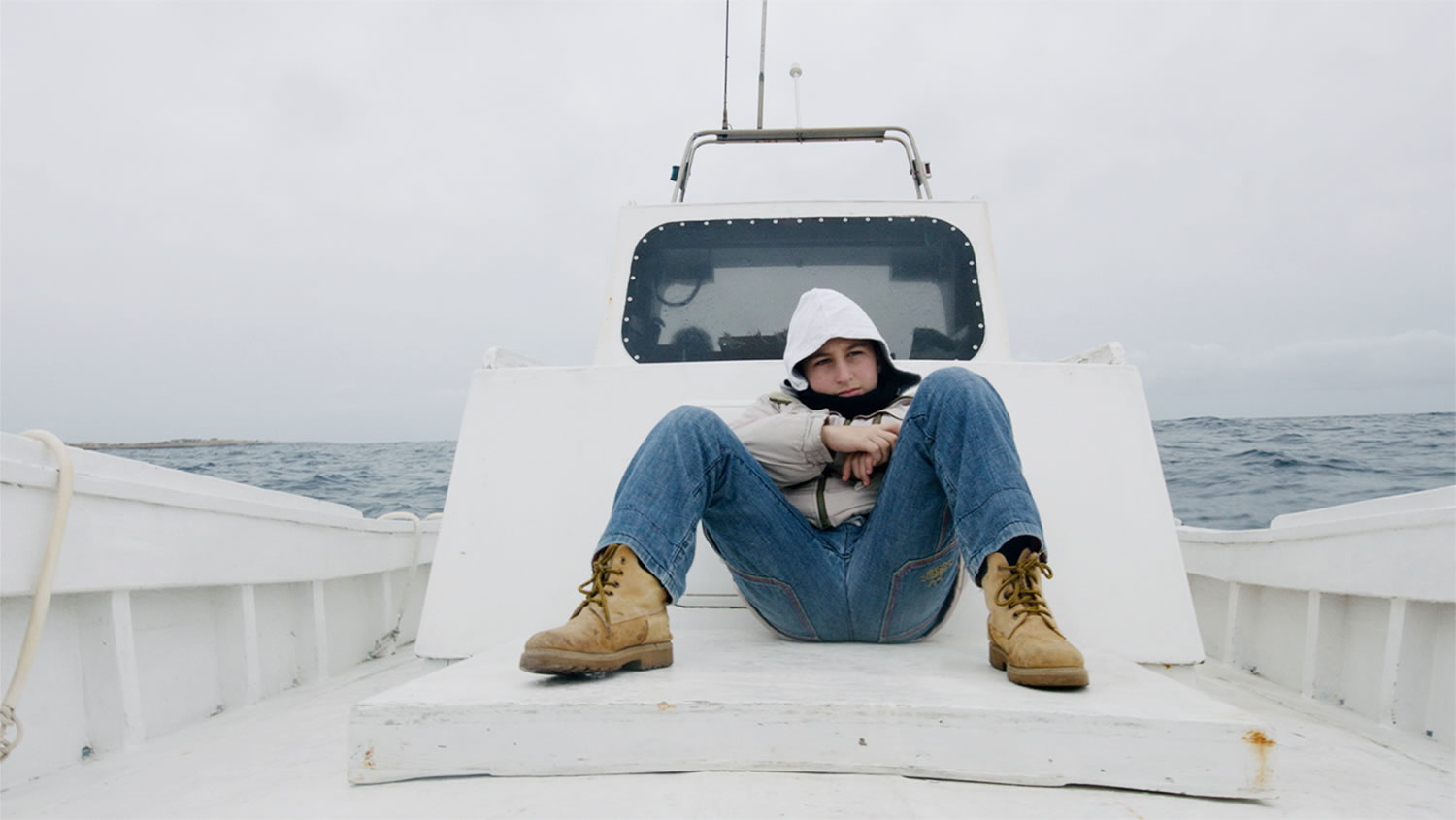 No other sight in 2016 has been as heart-wrenching as asylum seekers attempting to get to Europe on boats unfit for sailing, many of them drowning. Gianfranco Rosi‚Äôs Golden Bear winner is the year‚Äôs best documentary. It‚Äôs both a study of human desperation and a neorealist-style study of a young lad living on the tiny island of Lampedusa, the horror on his doorstep but seemingly a world away. 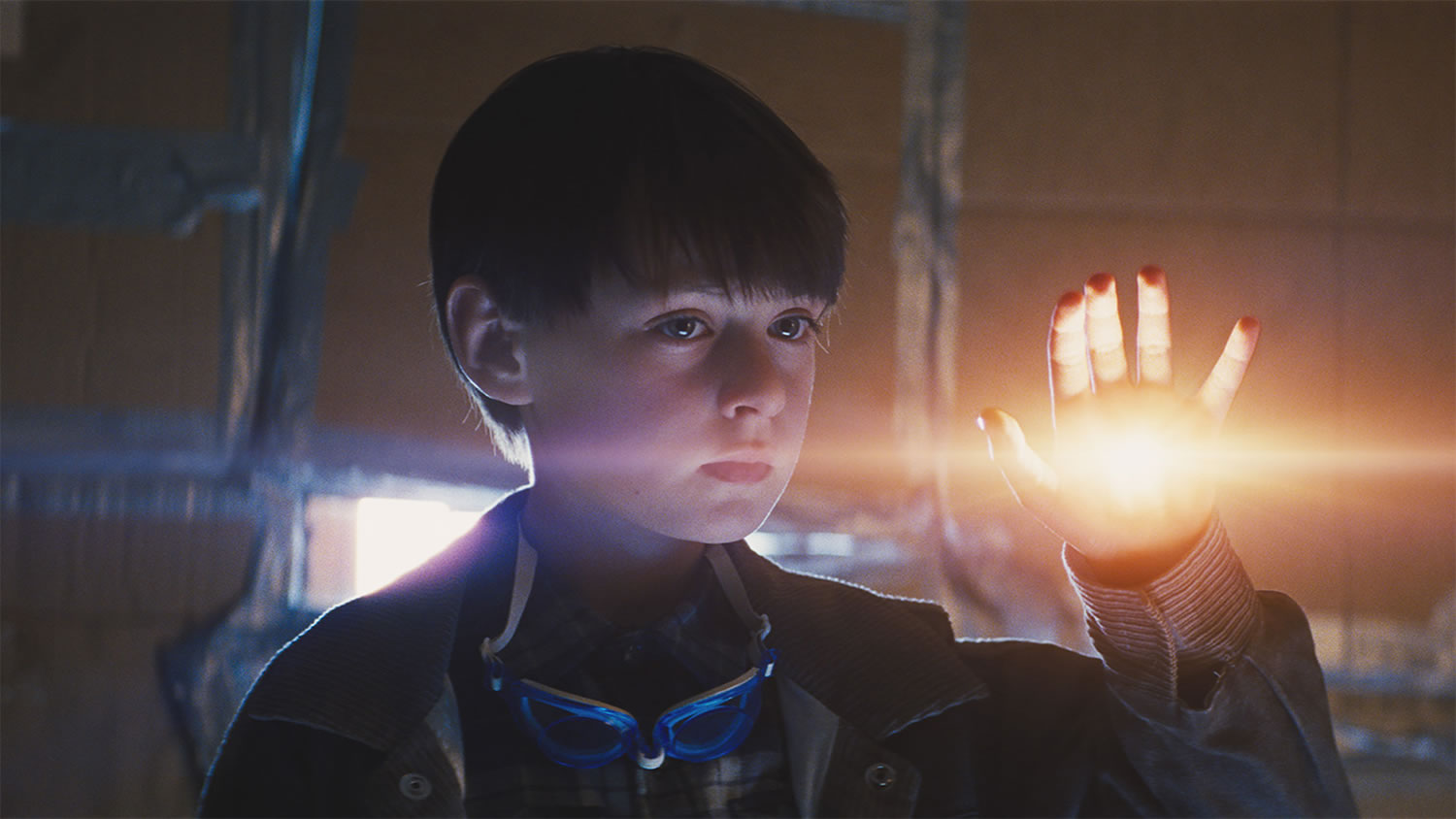 Jeff Nichols’s star continues to rise and 2016 has been an excellent year for the director.

It‚Äôs been a terrific year for director Jeff Nichols. The American director scored a brace with ‚ÄúMidnight Special‚Äù and ‚ÄúLoving‚Äù (presented at Cannes). His sci-fi road movie, starring Michael Shannon, Adam Driver and Kirsten Dunst, weaved magic and cinematic awe largely through subtle means. Some might argue too subtle, but Nichols work is focused on the power and resonance of little moments and interactions between characters, not grand syrupy gestures. 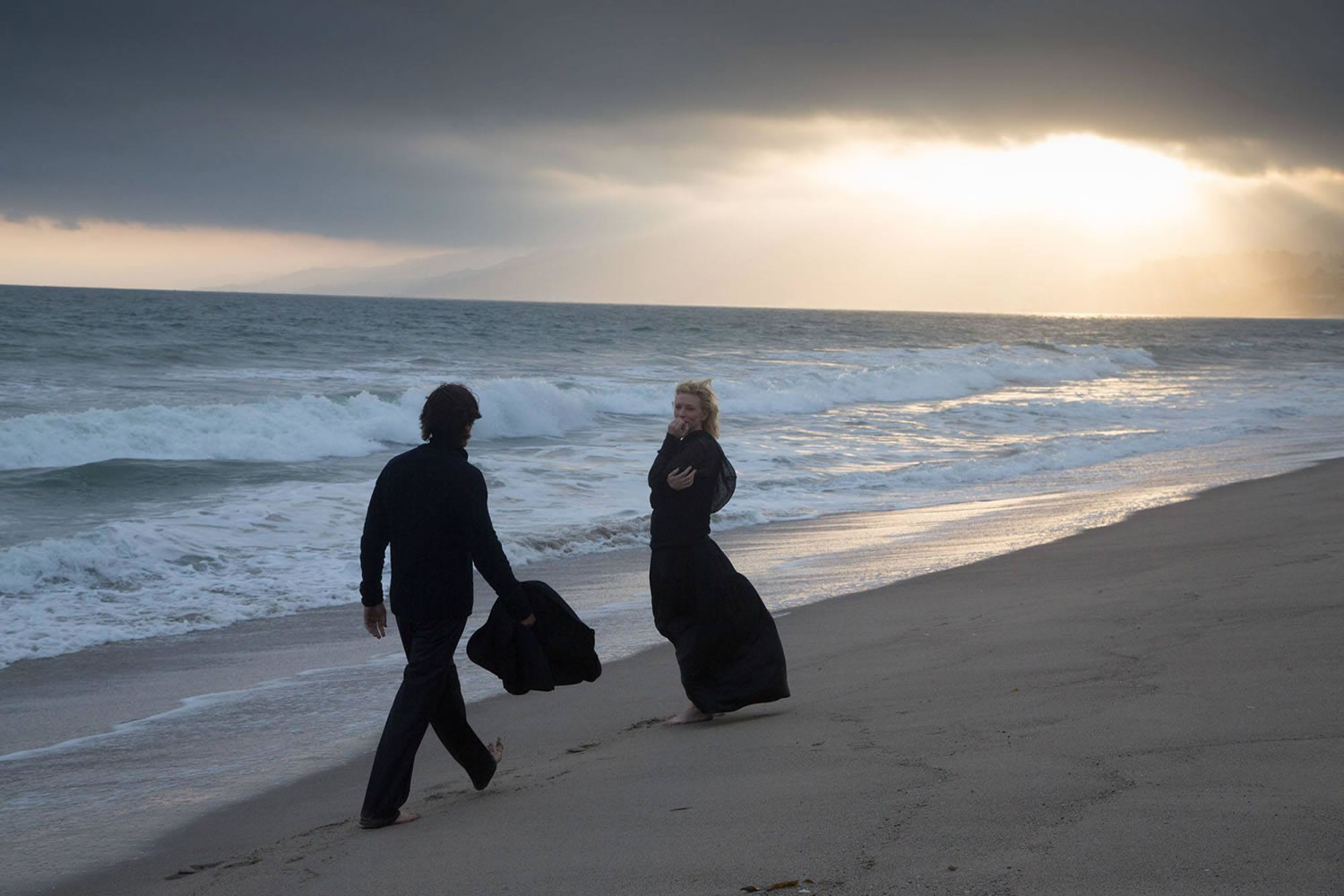 Malick’s films explore life, love and existence like no other director.

The more abstract, the more poetic, the more experimental Terrence Malick pushes the medium, the more he‚Äôs wide open to ridicule, scorn and mockery. If ‚ÄúTo the Wonder‚Äù (2012) had critics sharpening the knives, ‚ÄúKnight of Cups‚Äù was hunting season. Christian Bale wanders hither and thither, a lost soul journeying through a world of materialism and exquisite beauty. Roll with it and be rewarded with a profound viewing experience. 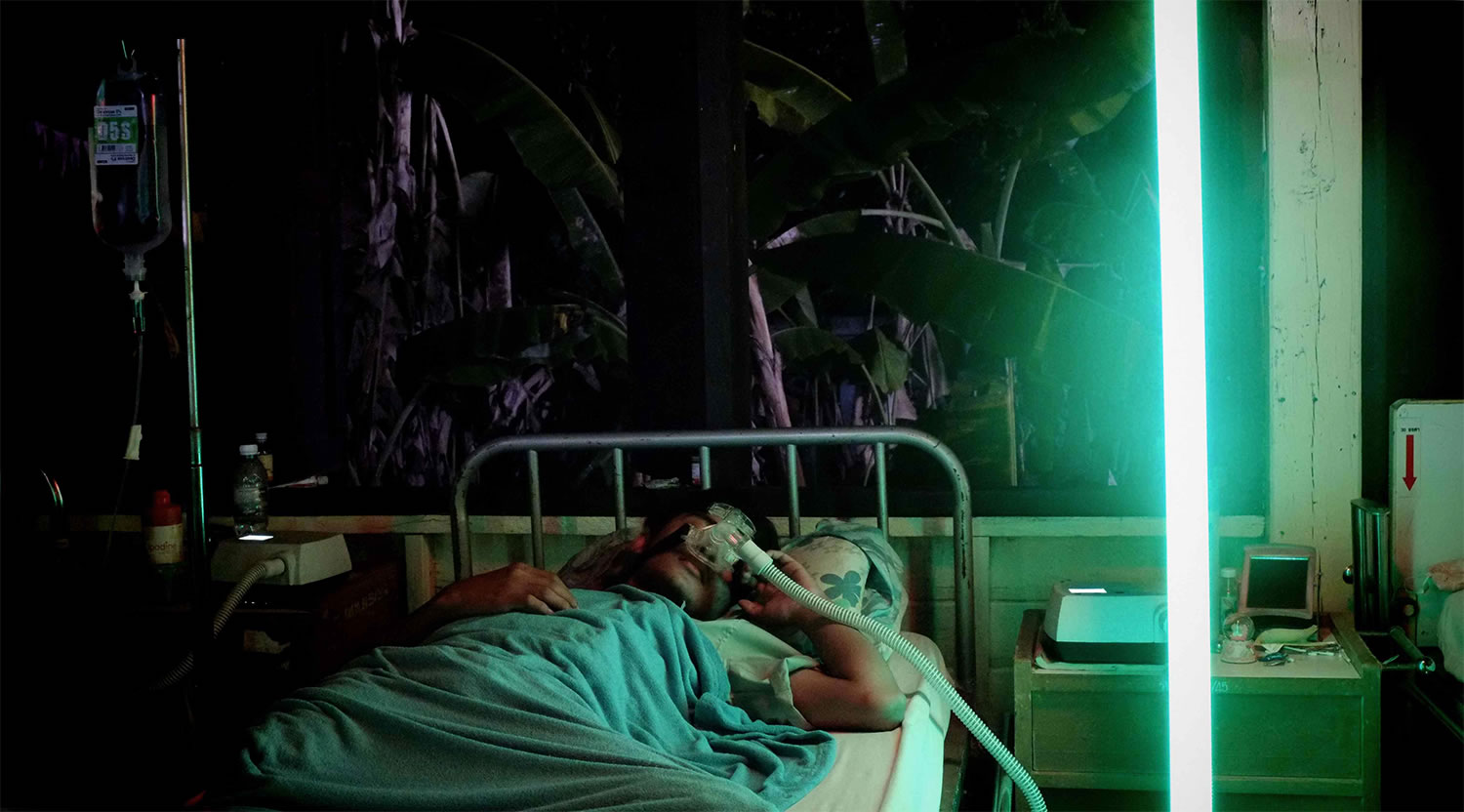 Apichatpong Weerasethakul‚Äôs ‚ÄúCemetery of Splendour‚Äù is a seriously chill film. It washes over you like a dream. Sleeping and dreaming are very much part of the narrative, too. A group of soldiers suffering from a sleeping sickness reside in a hospital built on an ancient burial site. Visually striking, political and supernatural, nothing else this year comes close to its intoxicating, woozy vibe. 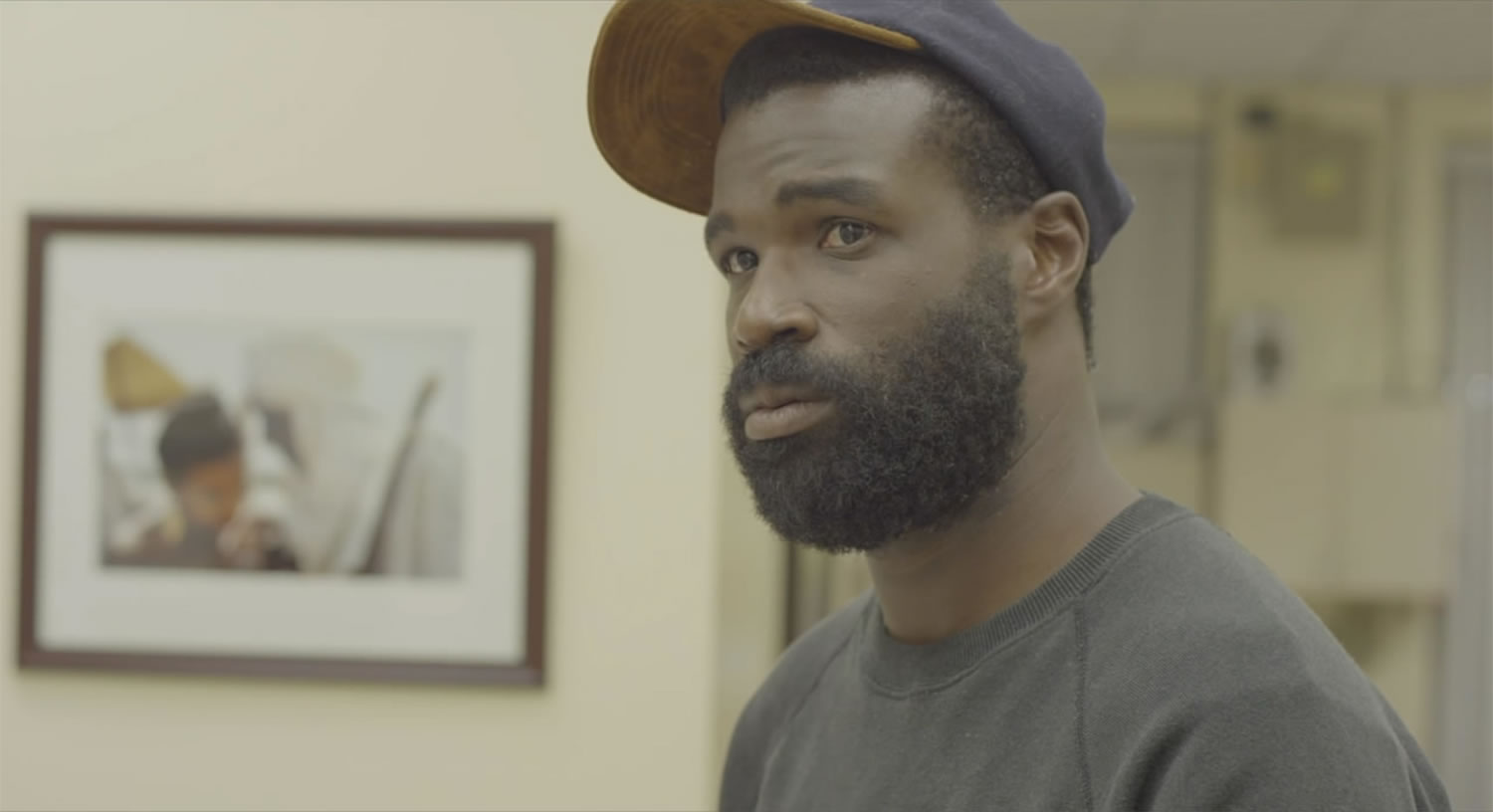 “Nasty Baby” is about the battleground that is today’s identity politics.

Sebasti√°n Silva‚Äôs nightmare movie is a vital examination of gentrification, tribalism and hypocrisy. Silva stars as a gay conceptual artist working on a new piece titled ‚ÄúNasty Baby‚Äù while attempting to father a child with his best friend Polly (Kristen Wiig). His encounters with a mentally ill neighbour spiral out of control and lead to a shocking act. While rightfully confronting homophobia and social stigmas, Freddy (Silva) isn‚Äôt so charitable when it comes to understanding anybody outside his social-economic group or bohemian peers. 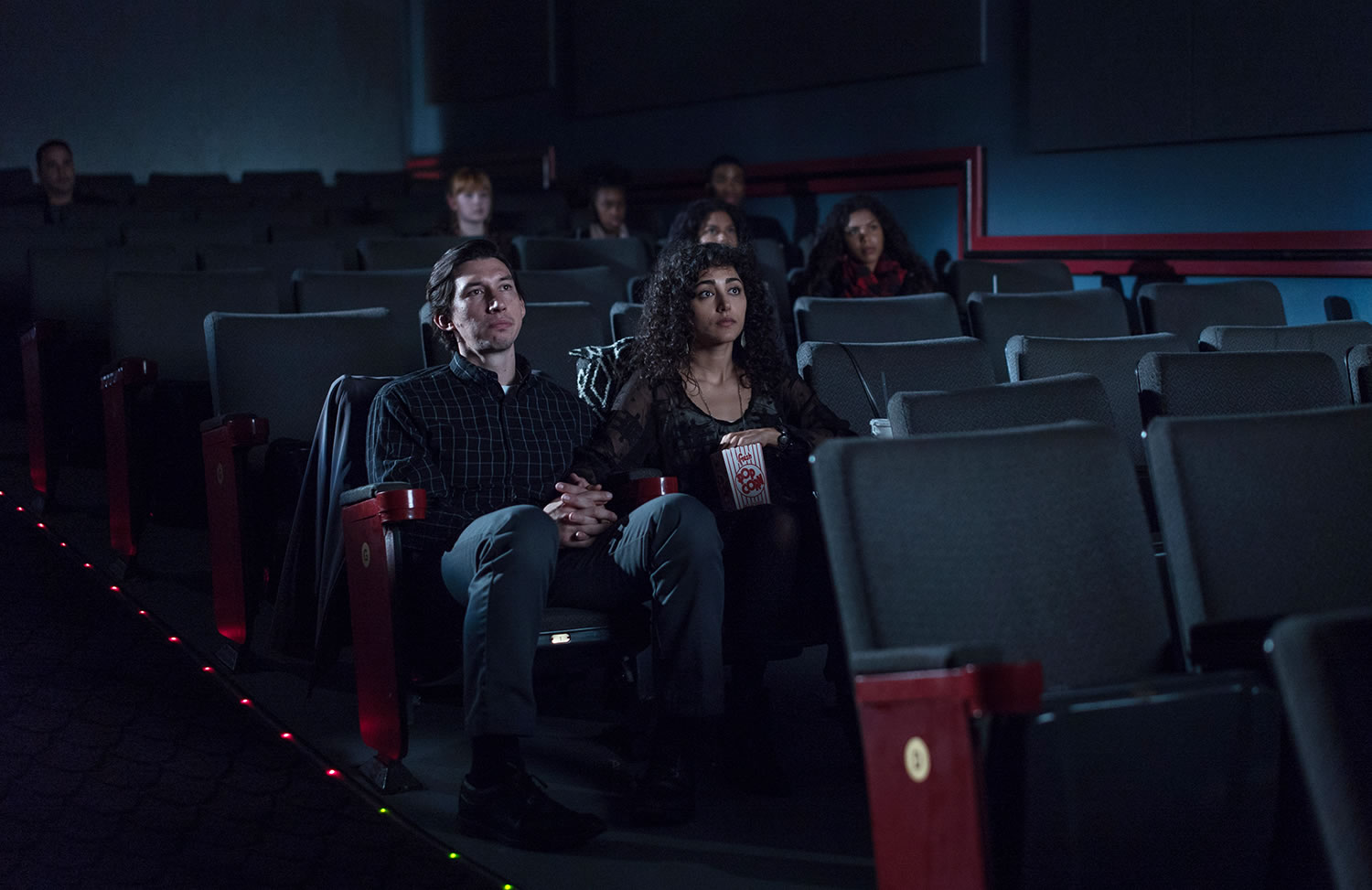 Jim Jarmusch‚Äôs relationship drama about a working-class artist (a bus driver and poet) named Paterson, who by quirky twist of fate lives in Paterson, New Jersey, is a real charmer. A gentle, sweet, rewarding study of a former soldier‚Äôs daily routine and his private inner life‚Äî expressed through poetry‚ÄîAdam Driver is superb in the lead role. Scene-stealer, Marvin the bulldog (played by the late Nellie), won this year‚Äôs Palm Dog award. 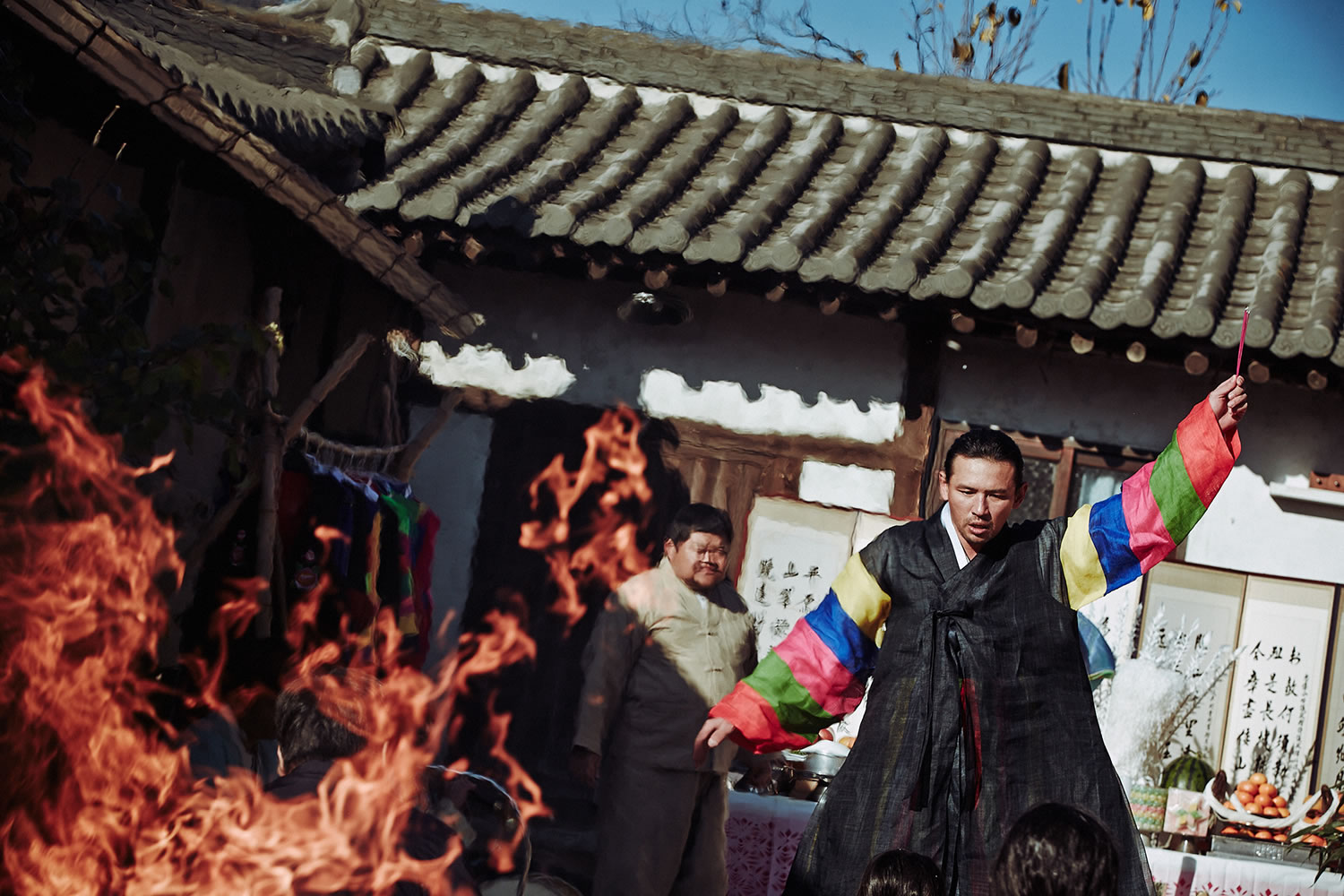 Na Hong-jin has scored a hat-trick. ‚ÄúThe Chaser‚Äù (2008), ‚ÄúThe Yellow Sea‚Äù (2010) and ‚ÄúThe Wailing‚Äù (2016) mark the South Korean director has one of the most exciting filmmakers on the planet. His latest, an epic horror tale, is centred on a scaredy-cat cop (Kwak Do-won) confronted with supreme evil in a rural village. 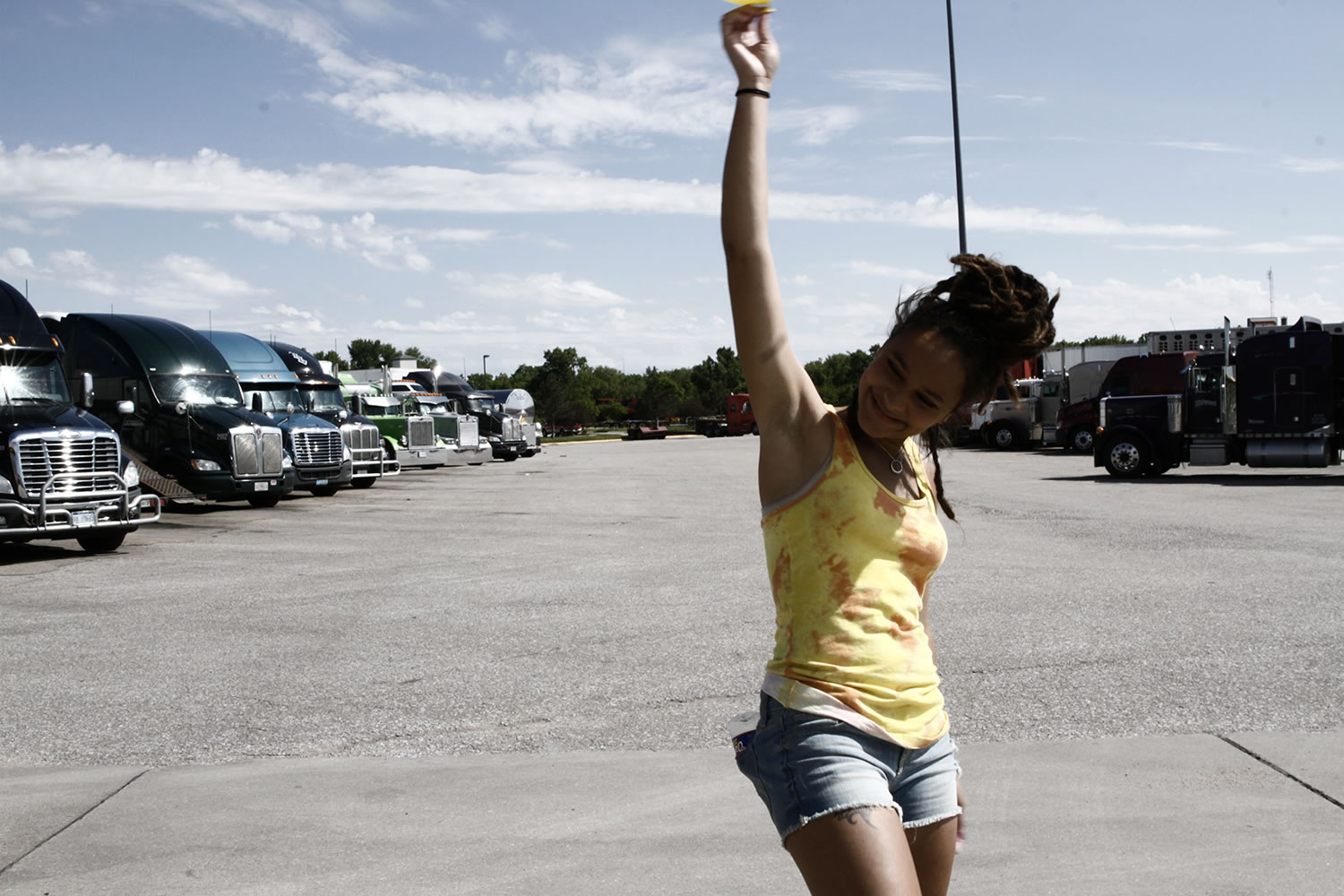 A Star is born: Sasha Lane’s Star, a young woman on a trip of self-discovery in “American Honey.”

Andrea Arnold‚Äôs road movie is cinema at its most beguiling, exhilarating and exciting. The story of a poverty-stricken teenager (Sasha Lane) taken on a trip across America‚Äôs Midwest with a band of youths out for a good time. ‚ÄúAmerican Honey‚Äù is a clever reworking of narrative tropes and themes usually reserved for bohemian artists and dreamers hitting the trail in search of Kerouac‚Äôs mythic America. Arnold instead details a girl‚Äôs first experiences of love and total freedom. The group drink, screw, hustle, fall in and out of love and get into all manner of scrapes.