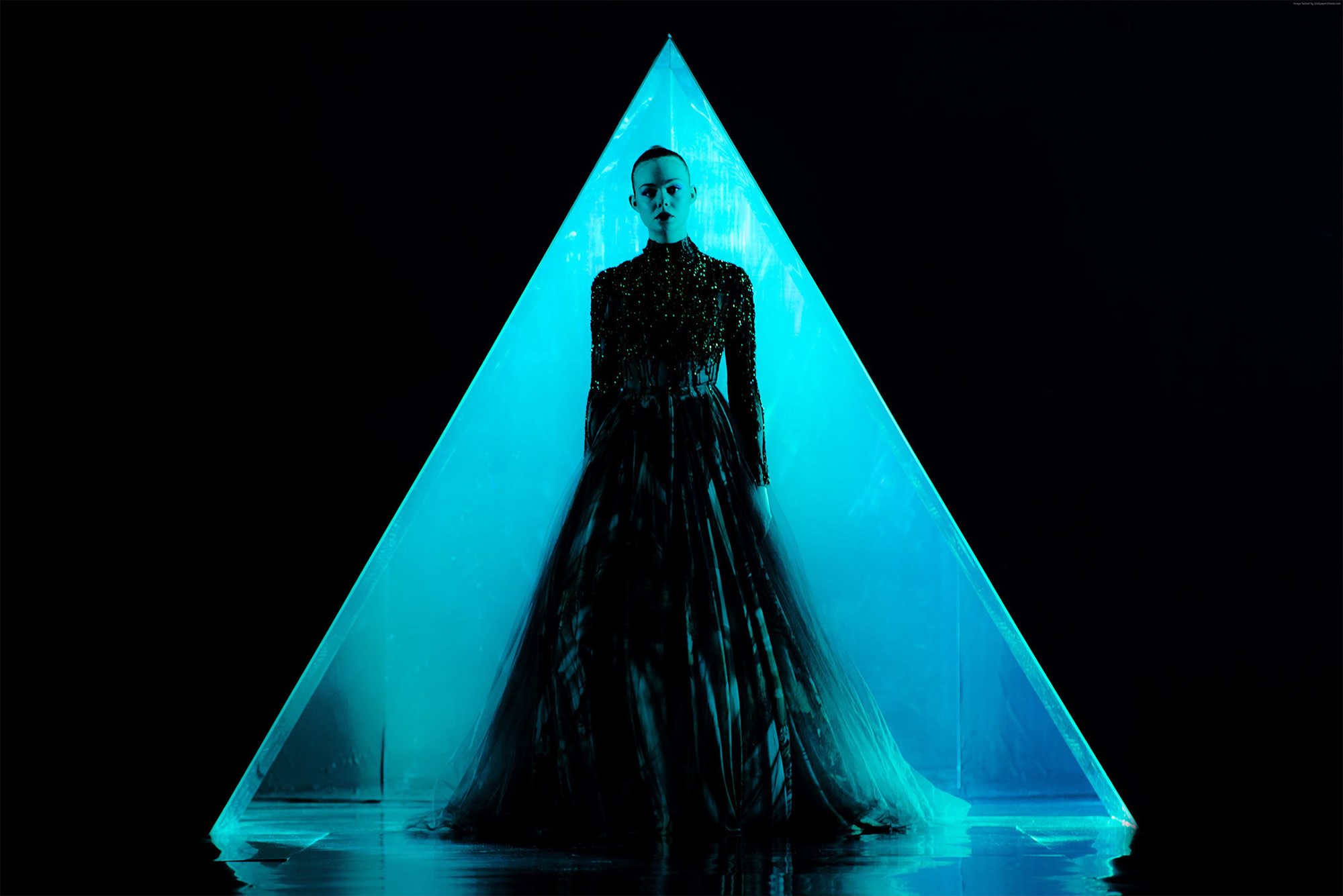 Nicolas Winding Refn is a sensationalist film artist, one of the best and most exciting directors on the scene. He seeks to cause controversy and get people talking about his work. Because otherwise, what‚Äôs the point?

Like fellow countryman Lars von Trier, Refn‚Äôs a bit of a joker and always good for a quote. He once stated ‚ÄúArt is an act of violence‚ÄĚ and that‚Äôs arguably why his work is full of stylistic bravado and daring content.

Above: A striking image from “The Neon Demon,” so typical of NWR‚Äôs cinema. 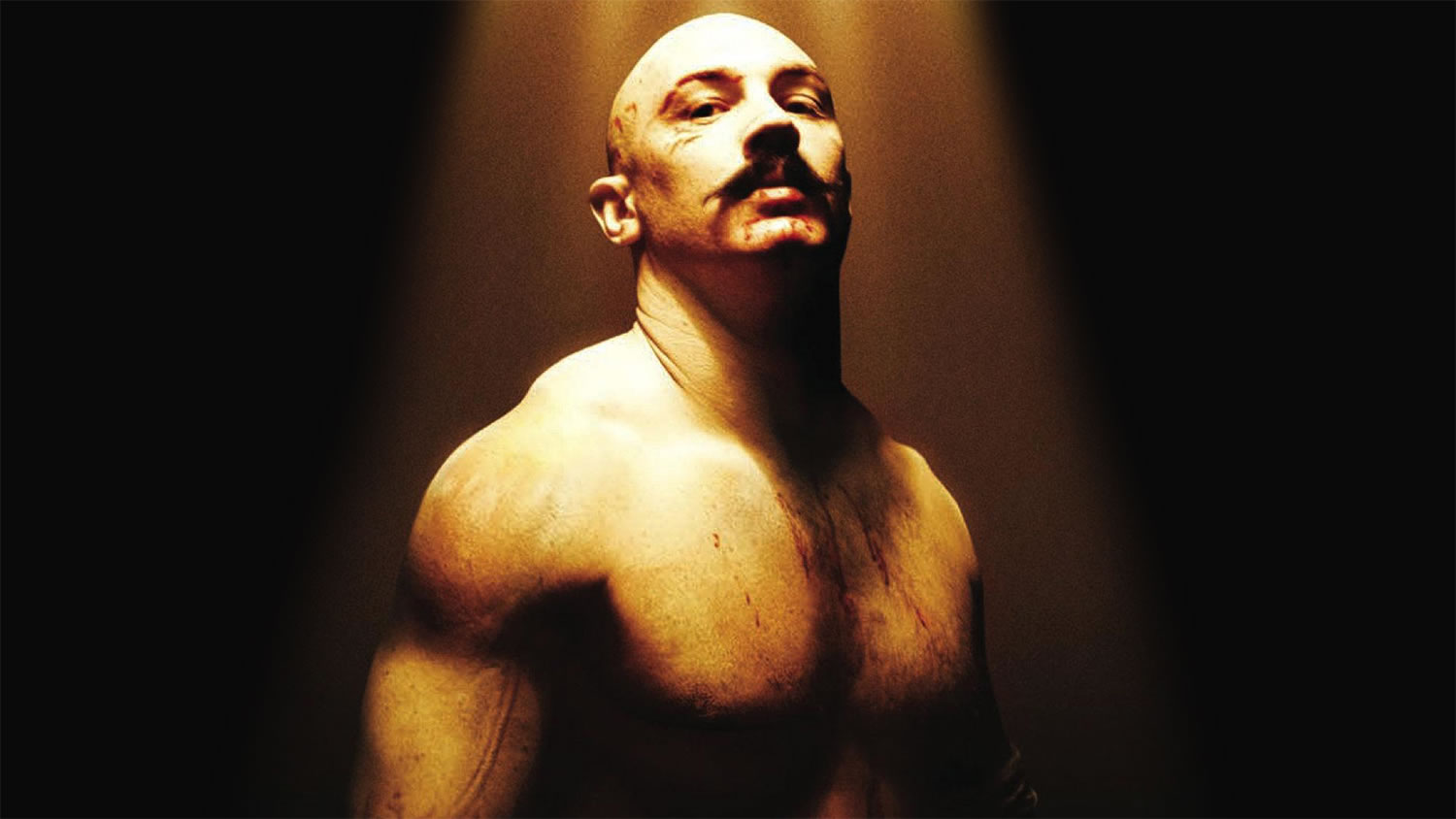 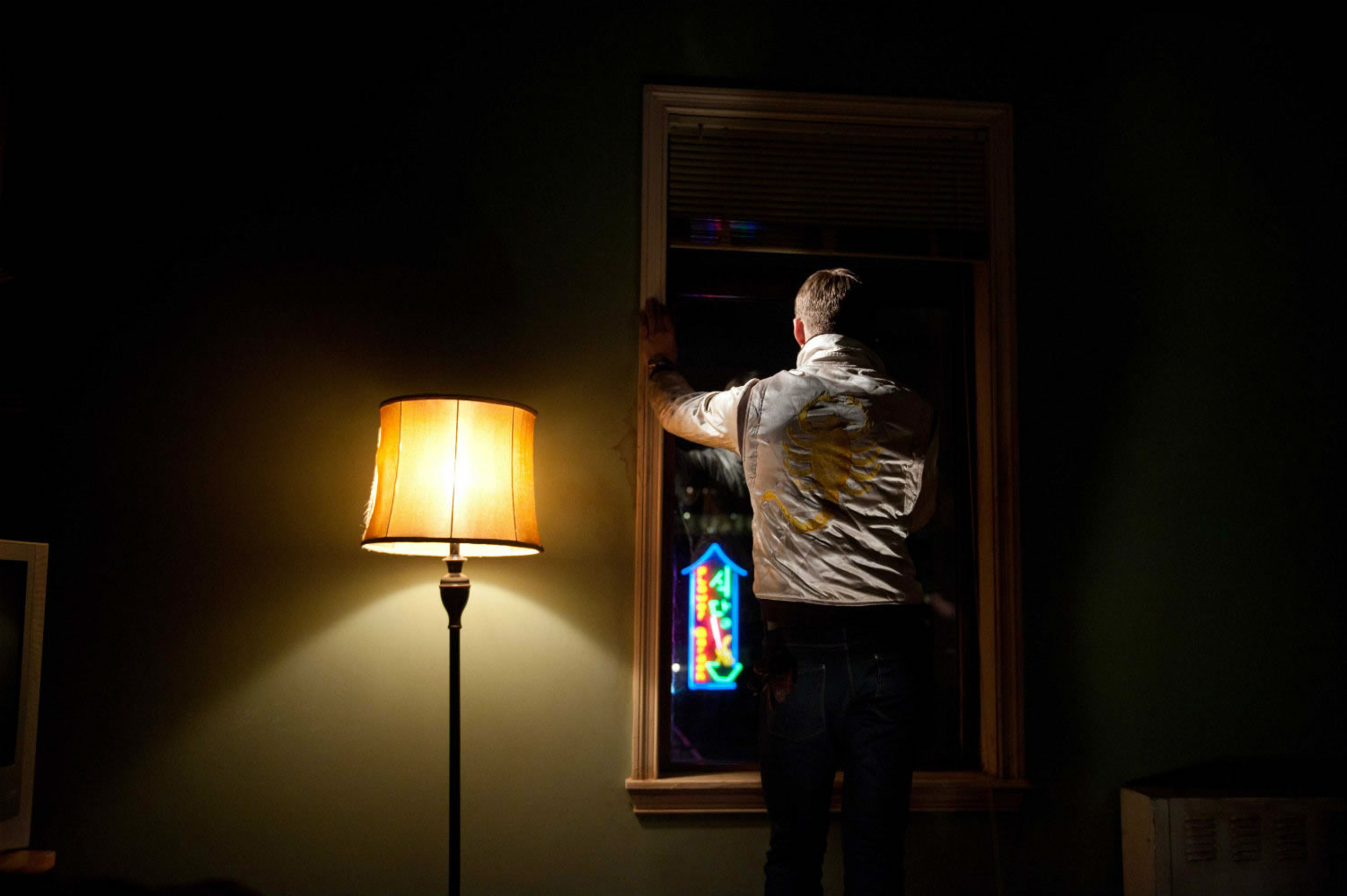 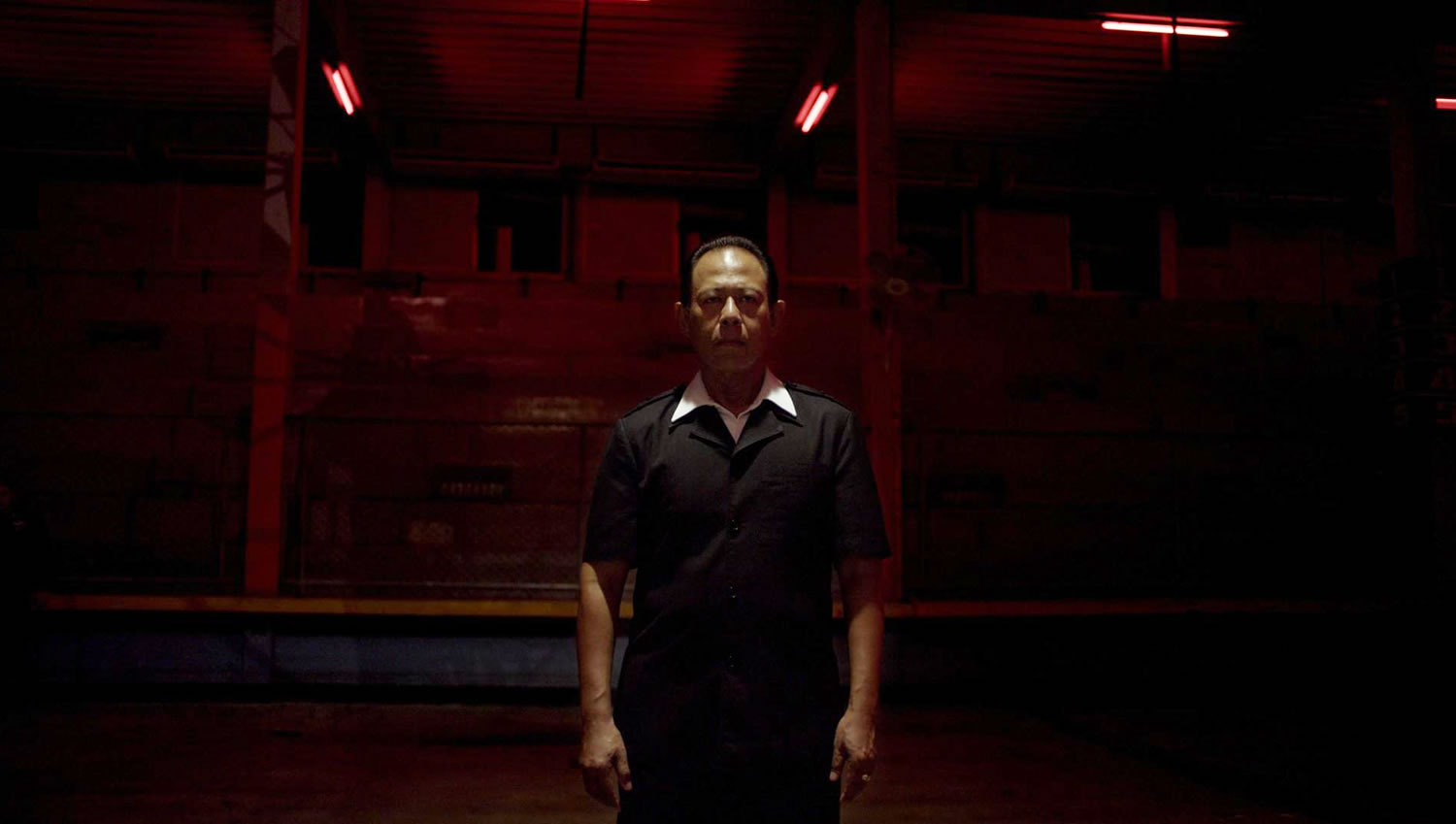 Bronson, Driver and Chang posed to look as menacing or cool as possible.

Firstly, let‚Äôs take a look at movie titles and character names. ‚ÄúPusher,‚ÄĚ ‚ÄúBleeder,‚ÄĚ ‚ÄúFear X,‚ÄĚ ‚ÄúBronson,‚ÄĚ ‚ÄúOne-Eye,‚ÄĚ ‚ÄúDriver,‚ÄĚ ‚ÄúChang‚ÄĚ and ‚ÄúThe Neon Demon.‚ÄĚ The cinema of NWR is a walk on the fantasy side of the screen populated with figures who might appear in comic books. There is an undeniable comic-book quality to NWR‚Äôs filmography. His characters are so intense and violent, even the ‚ÄúSuicide Squad‚ÄĚ would steer well clear of them. Collectively, they‚Äôre like “The Avengers” on acid; a sort of Extraordinary League of Fucking Mentalists. Neither are all these figures physically-imposing mean hombres, bar Bronson (played by Tom Hardy) and One-Eye (Mads Mikkelsen).

What makes them iconic, then? This is where the brilliance of NWR‚Äôs skills come into play. It can be a shot designed to make them look powerful through pose, lighting, camera placement, or a weird, improbable action. Take, for instance, Chang in ‚ÄúOnly God Forgives.‚ÄĚ A diminutive Bangkok copper who enjoys karaoke, when not chasing down thugs, he is able to produce a giant sword from his back. But we never see a scabbard, it‚Äôs like he‚Äôs pulling the weapon from his spine. In ‚ÄúValhalla Rising‚ÄĚ One-Eye is a mute brute whose physicality is twinned to the locations and harsh terrain of the film‚Äôs mountainous setting. It‚Äôs as if this slave-warrior has been birthed by the mountains and is made of granite.

Bad-ass characters need to look bad ass on the big screen. This is achieved through costume design as much as lighting and individual actions. ‚ÄúDrive‚ÄĚ was NWR‚Äôs breakout movie; the audience and critical hit he needed to get to the next stage of his career. Before this, he was seen as a promising type who hadn‚Äôt quite made the most of his obvious talent. He‚Äôd made his first movie aged 24, but the going had been tough. Before 2008‚Äôs ‚ÄúBronson,‚ÄĚ Refn was so broke and at a creative dead end, he was making episodes of ‚ÄúMiss Marple‚ÄĚ for British television. 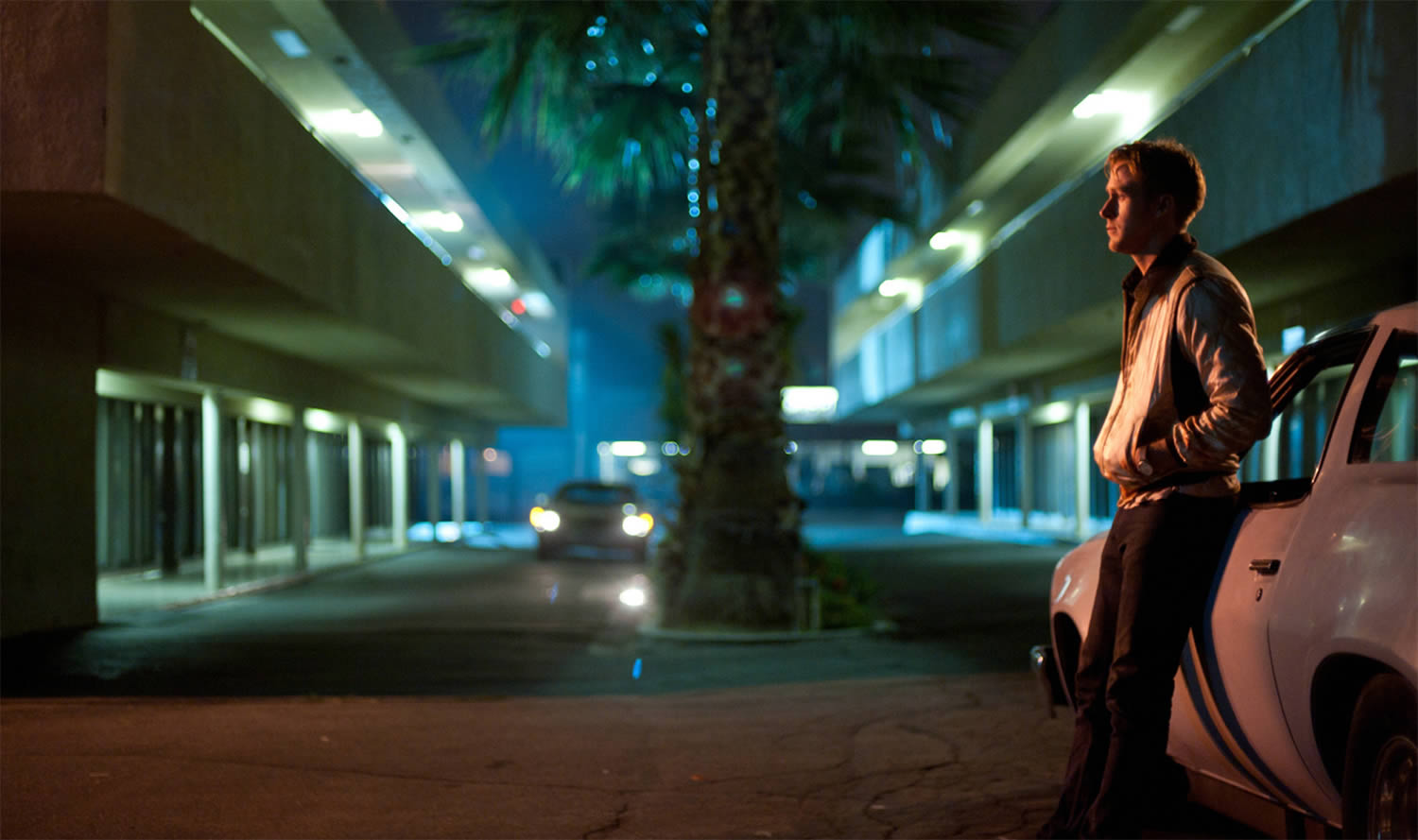 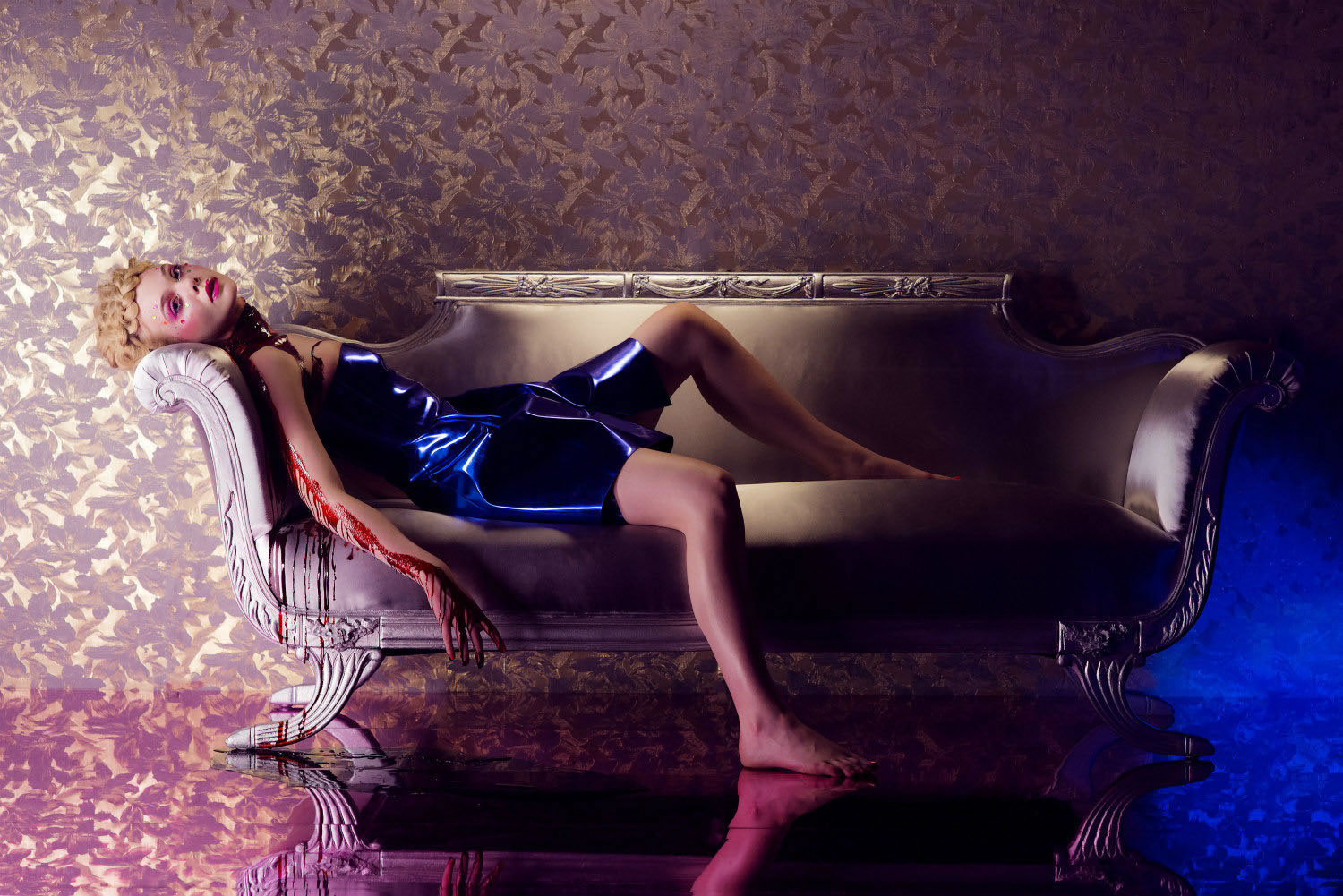 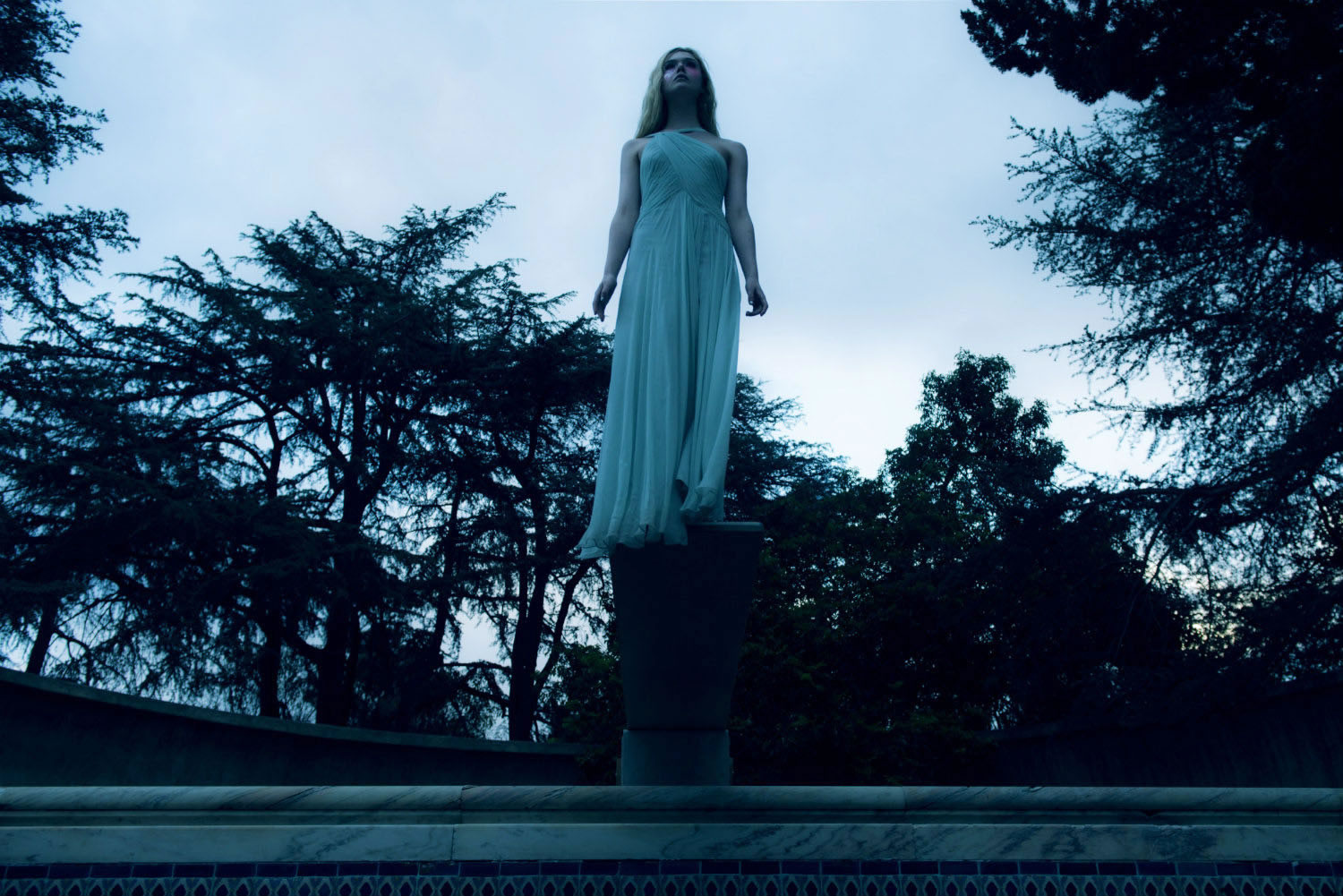 Ryan Gosling and Elle Fanning in “Drive” and “The Neon Demon.”

Casting Ryan Gosling as a mechanic and getaway driver in a film noir tale was leant oodles of style and strangeness when the director took on the project. Today, Gosling‚Äôs silver scorpion jacket is iconic. But it served a practical purpose as well looking cool. ‚ÄúI wanted [Gosling] to wear a white satin jacket that would illuminate him at night,‚ÄĚ he explained. The white satin also works symbolically. Driver is the film‚Äôs white knight hero, and ‚ÄúDrive‚ÄĚ takes place in LA‚ÄĒthe City of Angels.

In ‚ÄúThe Neon Demon‚ÄĚ Elle Fanning‚Äôs Jess is a supermodel preyed upon a trio of witch-like cannibal freaks. Her beauty and success riles them into taking the young girl down. Refn‚Äôs latest is a departure because the focus is women and femininity of an entirely toxic kind. One of the film‚Äôs big set-pieces was inspired by the art of James Turrell and the use of the colour blue, predominant throughout along with the colour red, according to cinematographer Natascha Braier, was to reflect Jess‚Äôs narcissism, inspired by the Greek myth of Narcissus. 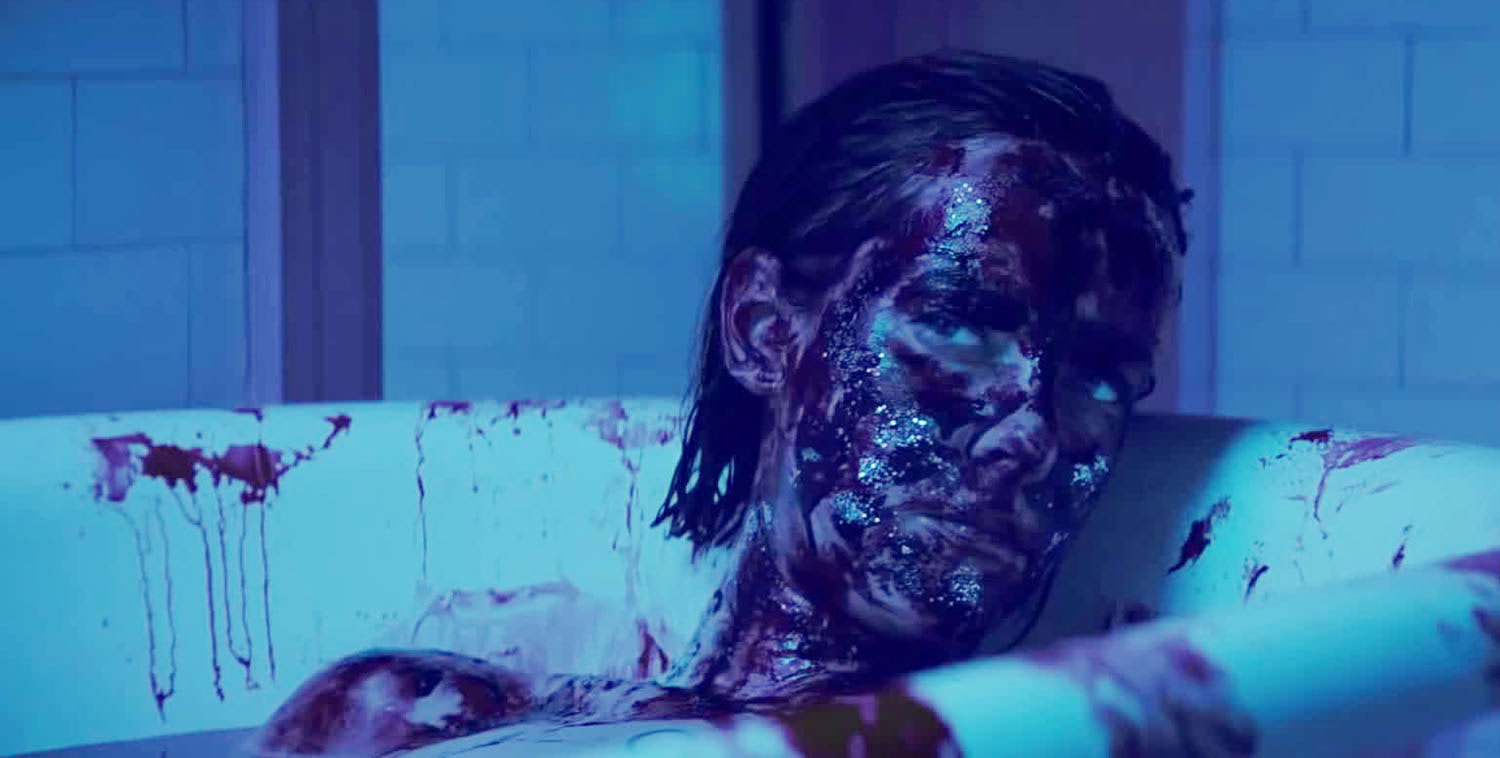 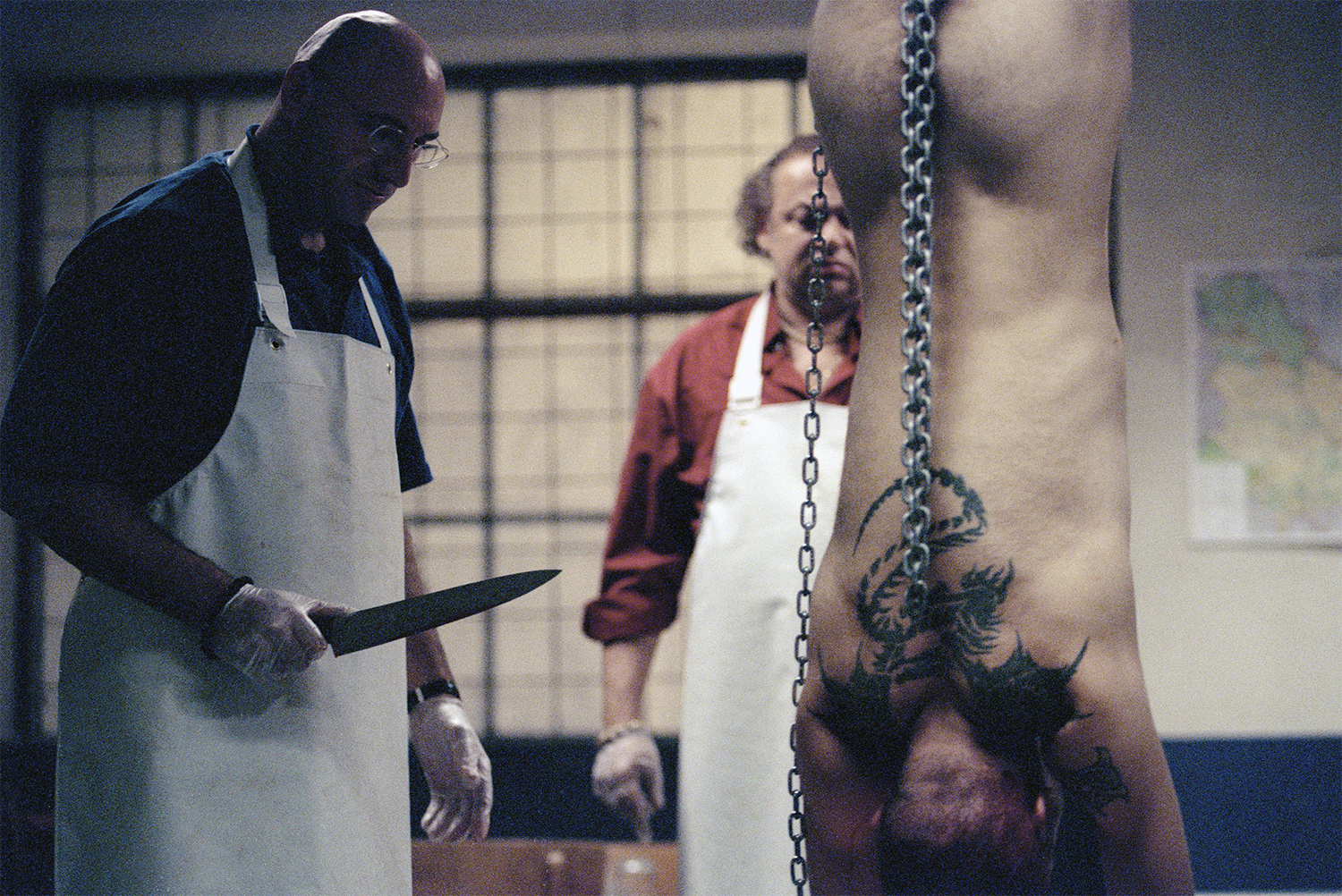 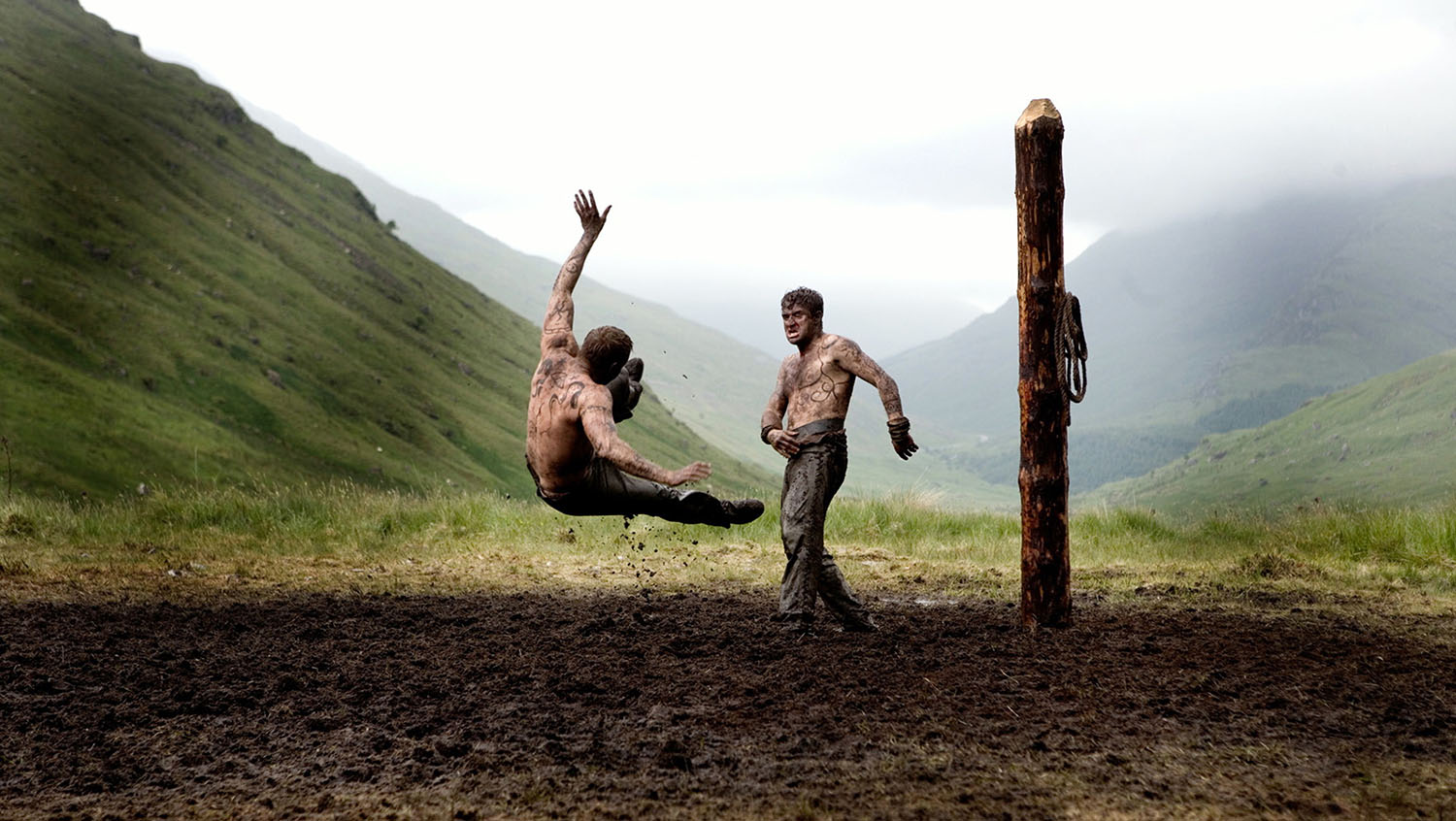 NWR‚Äôs sensationalist approach desires the audience be shocked by his imagination.

Brutality is a constant theme in the cinema of NWR. He creates worlds in which violent actions have even more violent consequences and outcomes. It‚Äôs an approach very much part and parcel of his shock aesthetic, but it is not empty or gratuitous Hollywood-style violence. Sometimes, it can be bone-crunching‚ÄĒ‚ÄúValhalla Rising‚Äôs‚ÄĚ sound design is extraordinary‚ÄĒand other times it can be outrageously provocative, but in keeping with the overall aim and tone of the work (Ruby, played by Jena Malone, shagging a female corpse in ‚ÄúThe Neon Demon‚ÄĚ and later bathing in blood).

Hammers and nails, metal chopsticks, boot heels, baseball bats, skulls bashed in, eyes gouged out‚ÄĒall have featured in provocative moments, designed to repel the viewer and arguably stretch back to his roots in cinematic realism‚ÄĒhis debut film, ‚ÄúPusher,‚ÄĚ was released in 1996, at the time when Danish cinema was hyped about ‚ÄúDogme 95.‚ÄĚ Refn, it should also be noted, is a huge fan of horror movies, especially 1974‚Äôs ‚ÄúThe Texas Chain Saw Massacre‚ÄĚ where you think you see more than you actually do. 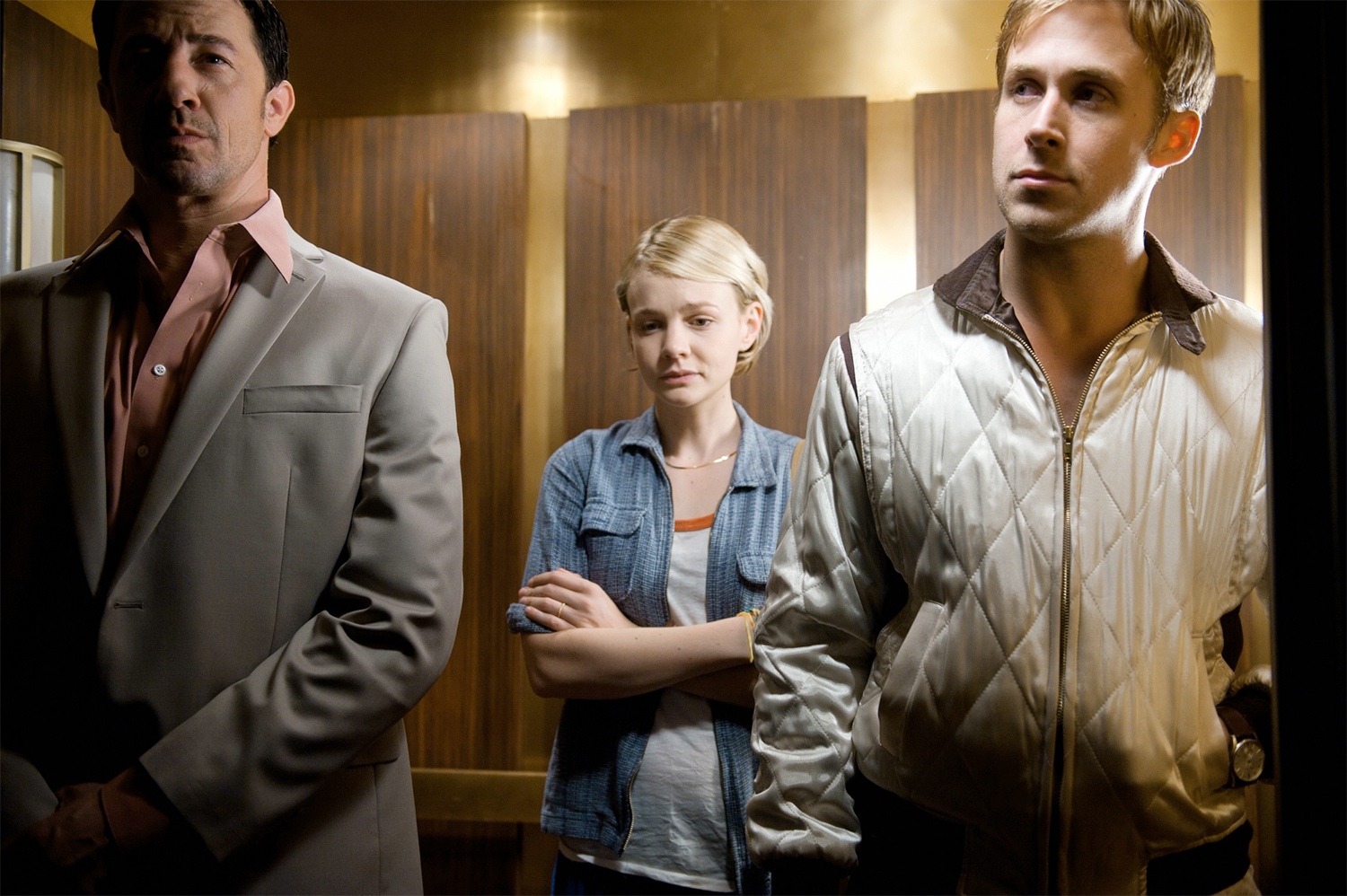 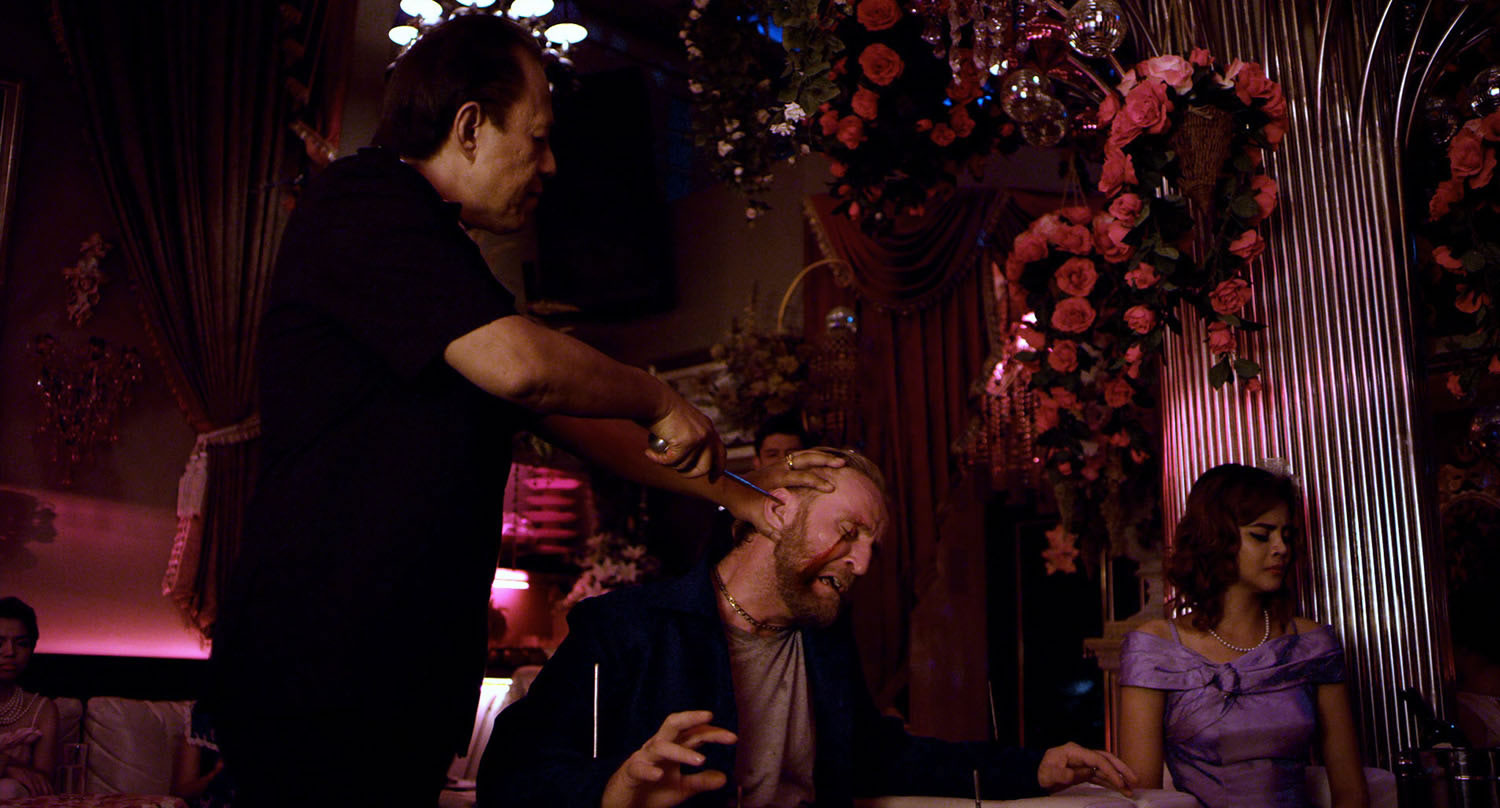 The elevator scene in ‚ÄúDrive‚ÄĚ: a romance scene turned into an act of sickening violence.

Take for instance, Driver kicking the gangster to death in an elevator‚ÄĒone of the most electrifying and gorgeous scenes in all of Refn‚Äôs work to date. The screen saturated in light, the use of slow motion when Driver kisses Irene (Carey Mulligan), before turning to the thug in the lift with them and proceeding to smash his face in with his boot heel. Refn consulted Gaspar No√© when making the model for the thug‚Äôs face‚ÄĒwhich we seen in a very brief shot‚ÄĒhas been caved in. No√© caused major controversy with 2002‚Äôs “Irreversible,” which featured a man having his face smashed to pieces by a fire extinguisher, achieved through clever model work and subtle computer animation. The method is seamless. But in ‚ÄúDrive‚ÄĚ we think we‚Äôve seen more than we actually have. It‚Äôs a clever tactic. Same goes for the moment in ‚ÄúOnly God Forgives‚ÄĚ where boxing promoter and sex offender, Billy (Tom Burke), is beaten to death‚ÄĒhis face a bloody, re-arranged mess, rendered like a Picasso. What we see is repulsive, but the camera does not dwell on the image, it flashes in our eyes, leaving enough of an impression.