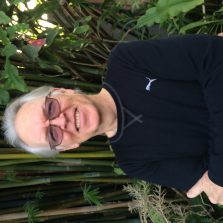 Stuart Balcomb is a composer, orchestrator, percussionist, artist, and web publisher. He works for film and TV in Los Angeles. Before moving to LA he taught composition and arranging at Boston's Berklee College of Music from 1974-78; he has written arrangements for Woody Herman, Cher, Donald O’Connor, Andy Williams, Magician David Avadon, Gary Burton and the Buffalo Philharmonic, and composed for Batman: The Animated Series (Fox network) and The Black Door, which won Outstanding Achievement at the 2006 Elevate Film Festival.

From 1984 to June 2006 he was the supervisor of the Universal Studios Music Library (Hollywood), overseeing a staff of music copyists who transcribe the individual instrumental parts from scores for Film and Television scoring sessions. He worked on TV shows such as Murder She Wrote, Magnum P. I., Simon & Simon, Knight Rider, and on over 500 films, including Back to the Future I-III, Indiana Jones, Home Alone, Scent of a Woman, Field of Dreams, Fried Green Tomatoes, Shawshank Redemption, While You Were Sleeping, Good Will Hunting, Sleepy Hollow, Scream I-III, Planet of the Apes, American Beauty, Blade II, Spiderman I-II, The Bourne Identity, Road to Perdition, Angels in America, Charlotte’s Web.

As Stuart Vail, he is the Editor/publisher of TheScreamOnline, an Internet magazine for Art, Photography, Literature, Music, and Film.

ARTICLES BY THE AUTHOR