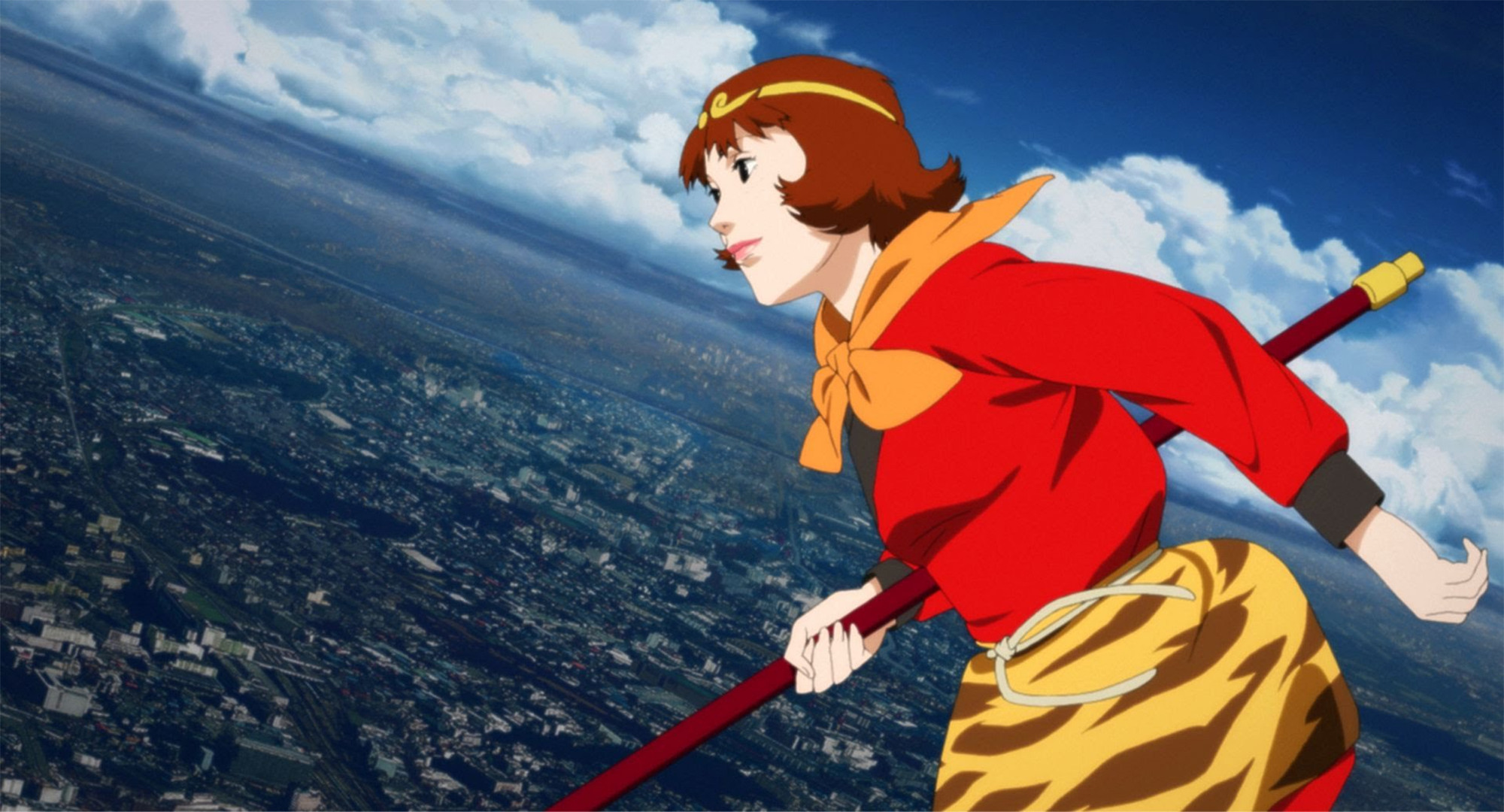 So rich has been the history and variety of films from the Land of the Rising Sun that narrowing down a selection of the bestâ€”or even of favouritesâ€”is practically impossible.

Here, then, is something a little more provisional: an eclectic anthology of ten titles which will each amaze, enthral and astonish, and which collectively will serve as a taster for the many complex flavours and aromas of Japanese cinema. Aware that an entirely different list could serve the same purpose, I make no apologies for obvious omissionsâ€”including list stalwarts like â€śTokyo Storyâ€ť (1953) and â€śThe Seven Samuraiâ€ť (1954), or indeed anything from the filmographies of national treasures Mikio Naruse, Yasujiro Ozu, Kenji Mizoguchi and Akira Kurosawa. 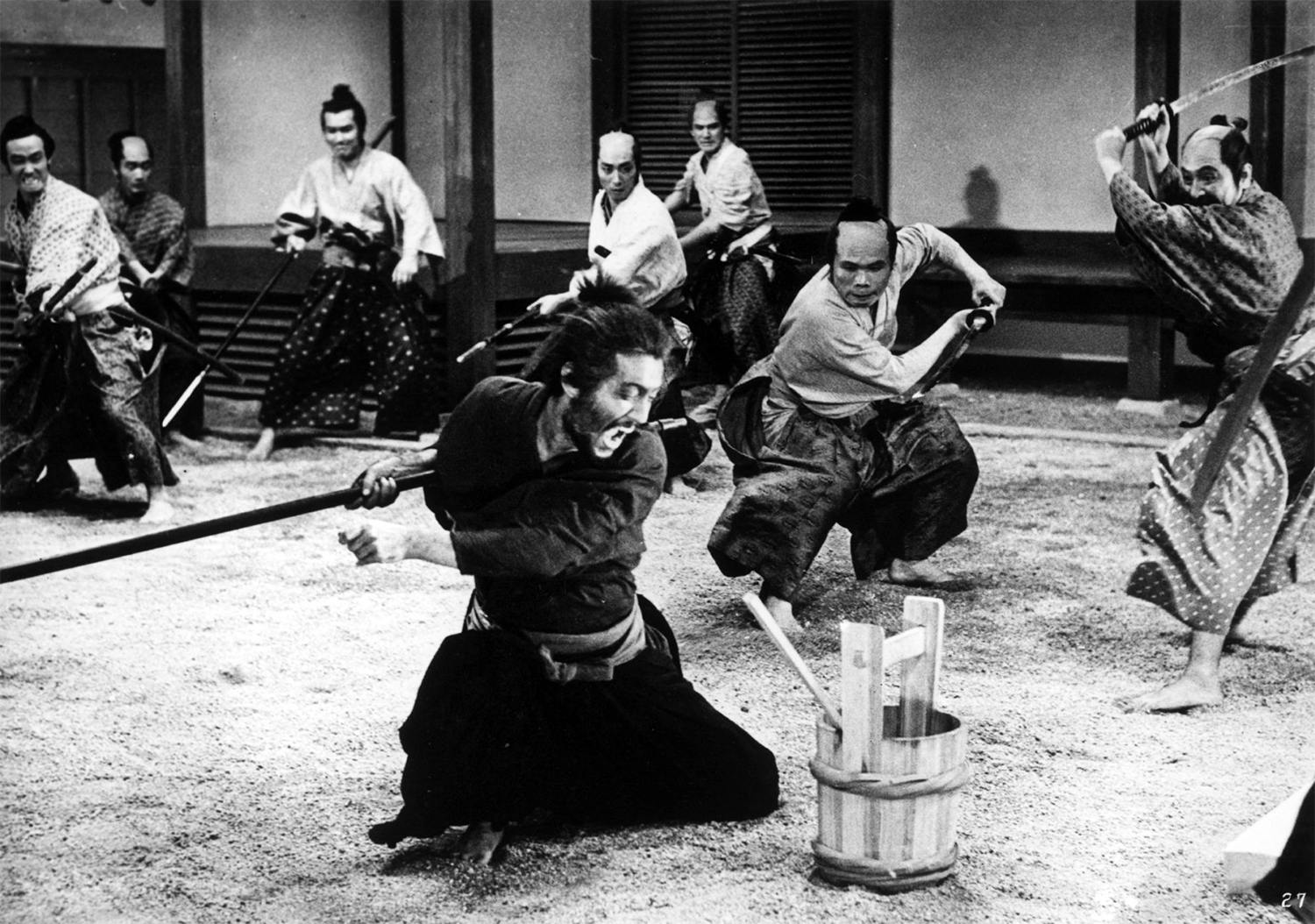 Tatsuya Nakadaiâ€™s lone ronin taking on an entire clan and its code.

In Masaki Kobayashiâ€™s layered chanbara, a lowly, half-starved ronin (Tatsuya Nakadai) wreaks meticulous revenge upon a noble house, exposing the emptiness of all the cherished icons and values that the Iyi clan keeps guarded indoors. Written by Shinobu Hashimoto (â€śThe Seven Samurai, Rashomonâ€ť), â€śHarakiriâ€ť concerns strategic wordplay as much as swordplay, setting its nested tales within the echoing chambers of a structure whose walls are made of paper. It is also an allegory for the hierarchies and hypocrisy of the corporations emerging from the ashes of Japanâ€™s more recent wars. There is also an excellent 2011 remake from Takashi Miike (in 3D!). 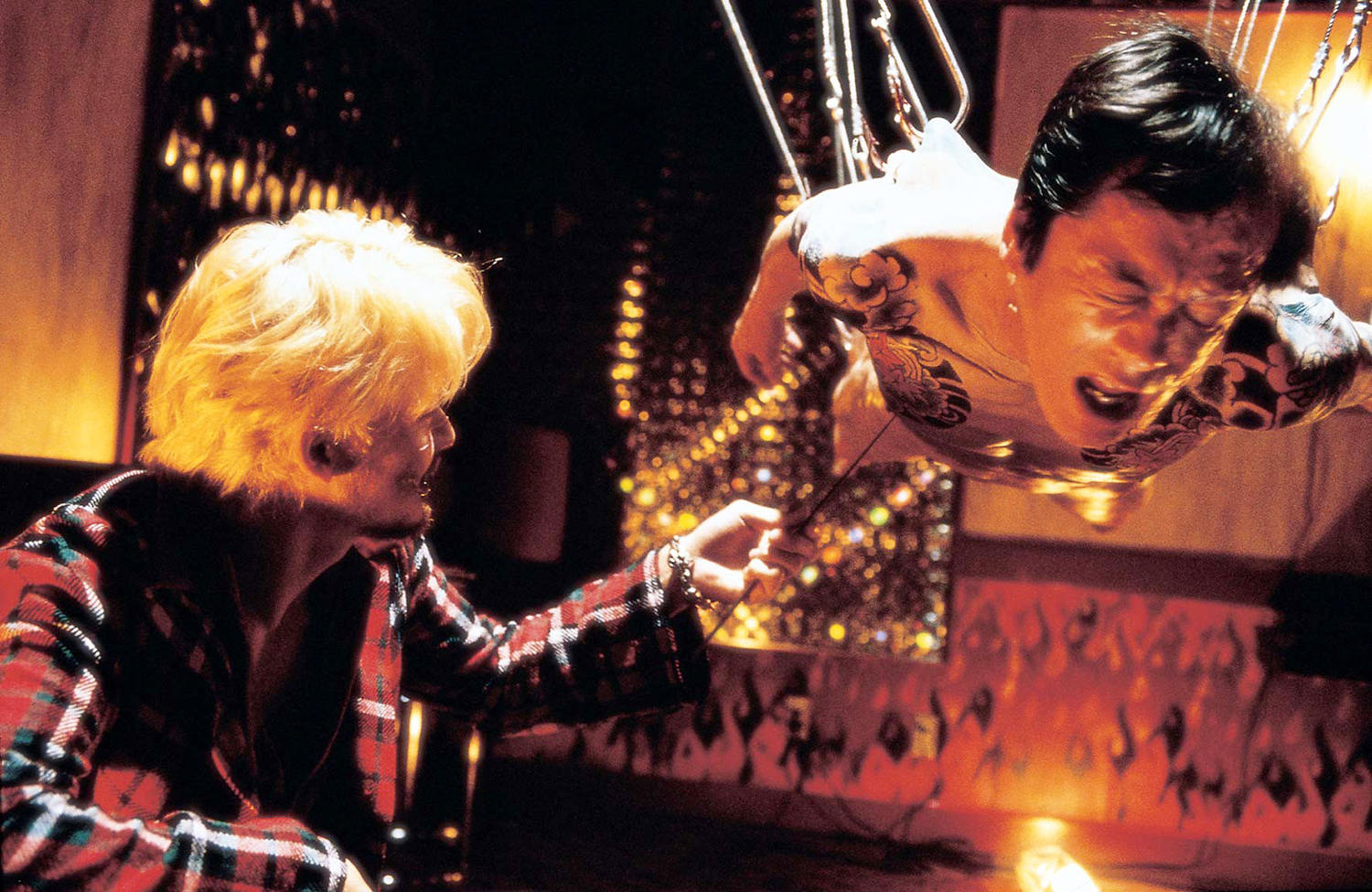 Speaking of Miike, heady live-action manga adaptation â€śIchi The Killerâ€ť is as lofty a peak as any from which to plunge into this absurdly prolific filmmakerâ€™s perverse preoccupations. A mysterious mesmerist (filmmaker Shinya Tsukamoto) manipulates a masturbatory crybaby (Nao Omori) into slicing his way through the ranks of a yakuza gang, all the way up to its sadomasochistic lieutenant (Tadanobu Asano). Once you recover from the jaw-dropping outrage of this filmâ€™s cartoonish sex and ultraviolence, it is worth trying to work back through its labyrinthine plotting and Machiavellian power plays. If it all seems like a schoolboy fantasy of empowerment and revenge, perhaps it is exactly that. 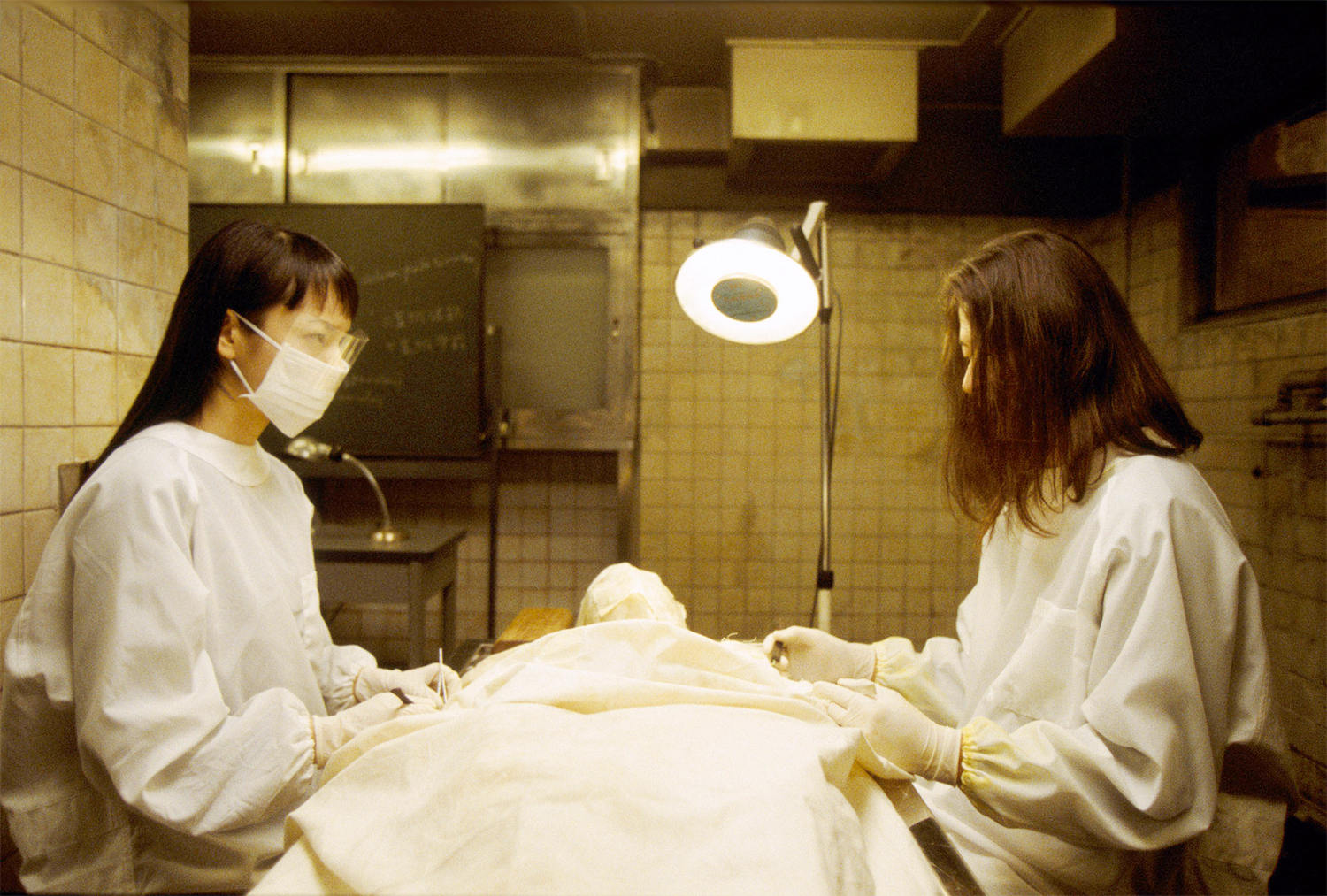 Tadanobu Asano also stars in my favourite Shinya Tsukamoto film, â€śVital.â€ť Left with severe amnesia from a car crash, Hiroshi (Asano) gradually rebuilds his shattered selfdom even as, in a resumed anatomy class, he meticulously dissects the cadaver of his former girlfriend Ryoko (Nami Tsukamoto), who was killed in the same accident that he survivedâ€”and who still occasionally visits him as a dancing ghost. Tsukamotoâ€™s usual focus on identity crises, bizarre love triangles and body horror is present and correctâ€”but this mysterious memento mori is also an artful, contemplative affair, concerned as much with life as with death. 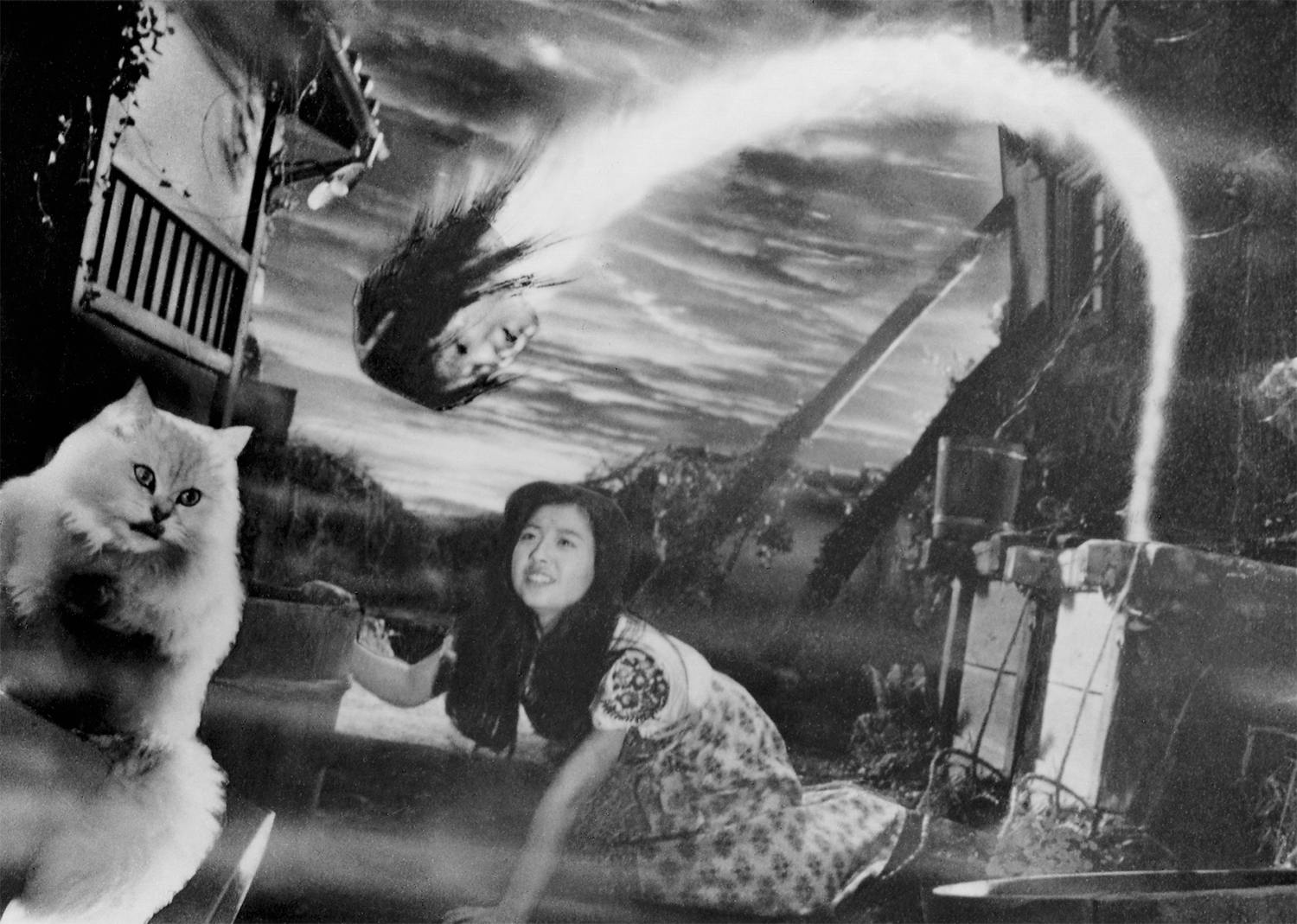 The Western stereotype of Japan in generalâ€”and of Japanese cinema in particularâ€”as a repository of all things â€ścrazyâ€ť can leave Western viewers surprised by the typically more conservative reality. â€śHouse,â€ť however, is as wonderfully weird as a film can be. Toho Company tasked young commercials director Nobuhiko Obayashi with creating a horror film to match the success of â€śJawsâ€ť (1975)â€”and the result is a punkish remix of haunted house clichĂ©s, surreal melodrama, kung fu, musical numbers, deliriously kitsch imagery and, in improbable tribute to Spielbergâ€™s hit, a watery attack on a woman that takes place entirely within the confines of a rural mansion. â€śHouseâ€ť is genuinely bananas. 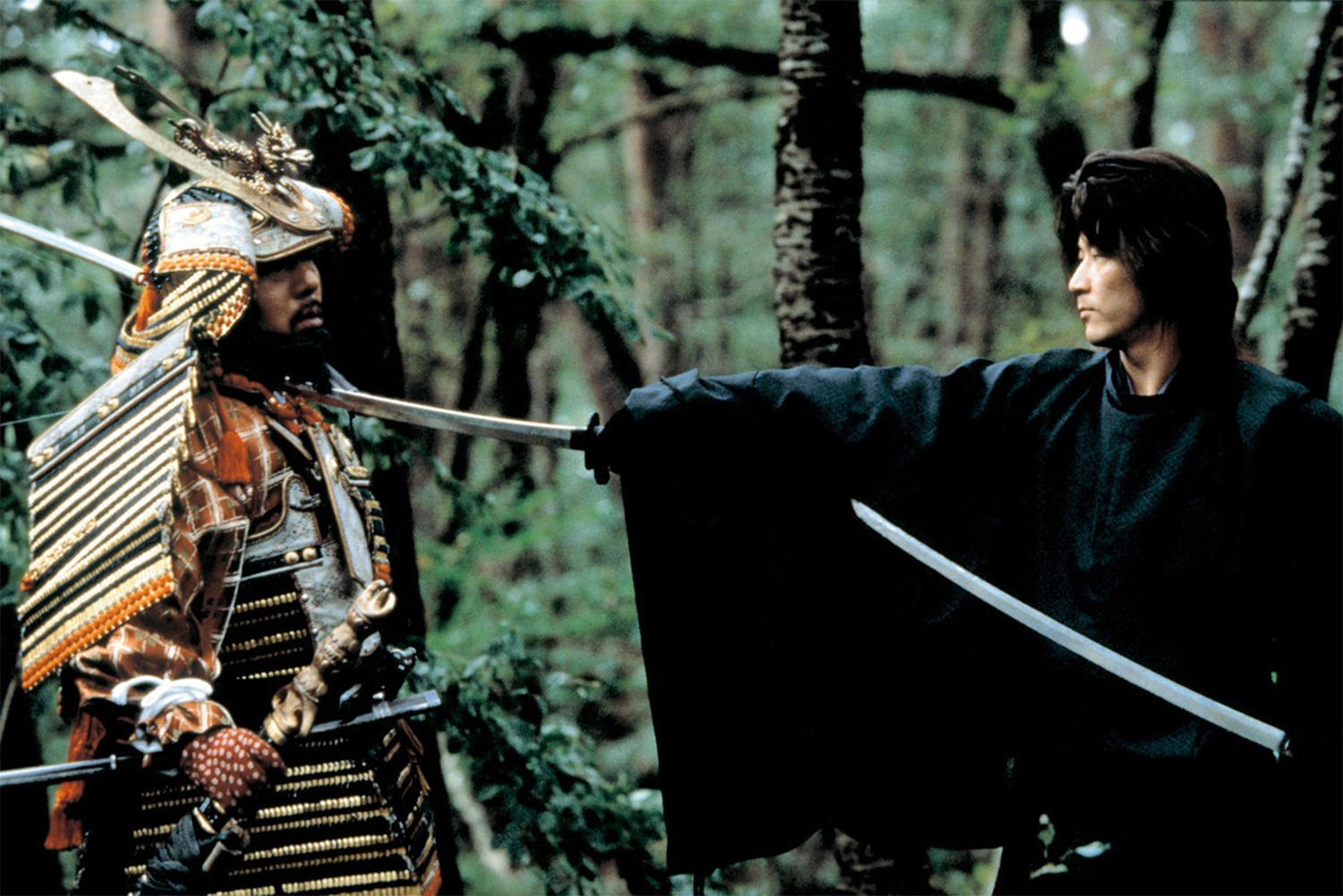 Sogo Ishii lifts two legendary figuresâ€”monstrous warrior monk Benkei (Daisuke Ryu, of â€śKagemushaâ€ť and â€śRanâ€ť fame) and noble young swordsman Yoshitsune (Tadanobu Asano, again)â€”from the fifteenth-century chronicle Gikeiki, reinvents (and inverts) their traditional characterisation, adds an ominous industrial score, and overturns every expectation of a samurai epic. Facingâ€”and easily dispatchingâ€”whole armies of clan enemies on the Gojoe Bridge, Shanao (the future Yoshitsune) is on a spiritual quest for divinity that transcends the mere politics of vendetta, but as his only worthy opponent Benkei circles in to stop all the killing, the film acquires and sustains an extraordinary intensity beyond the world of human historyâ€”before finding a way to span the spiritual and the mundane. Like a lightning strike, a film like this only comes once. 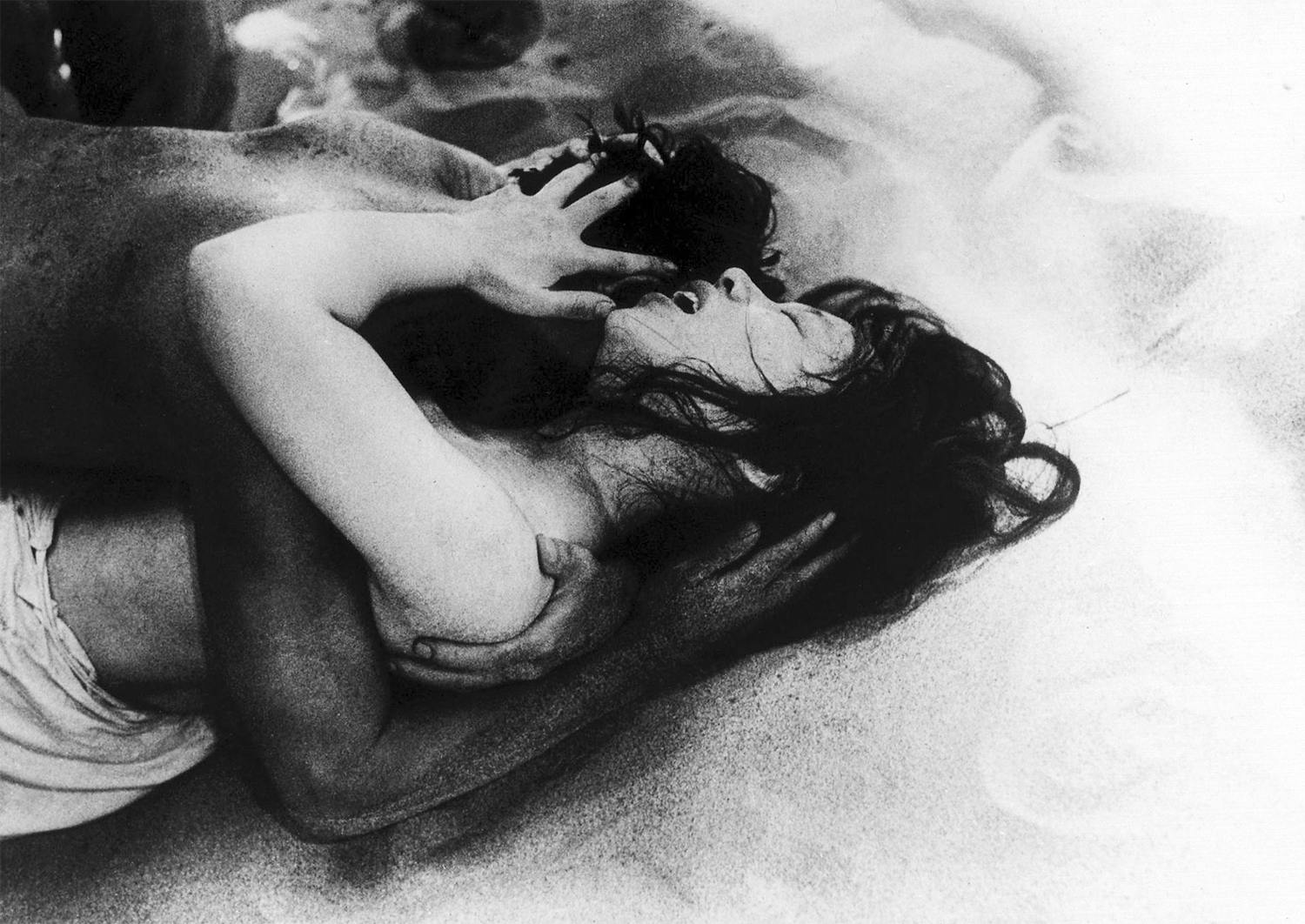 Marriage on the microscopic rocks.

Woman of the Dunes 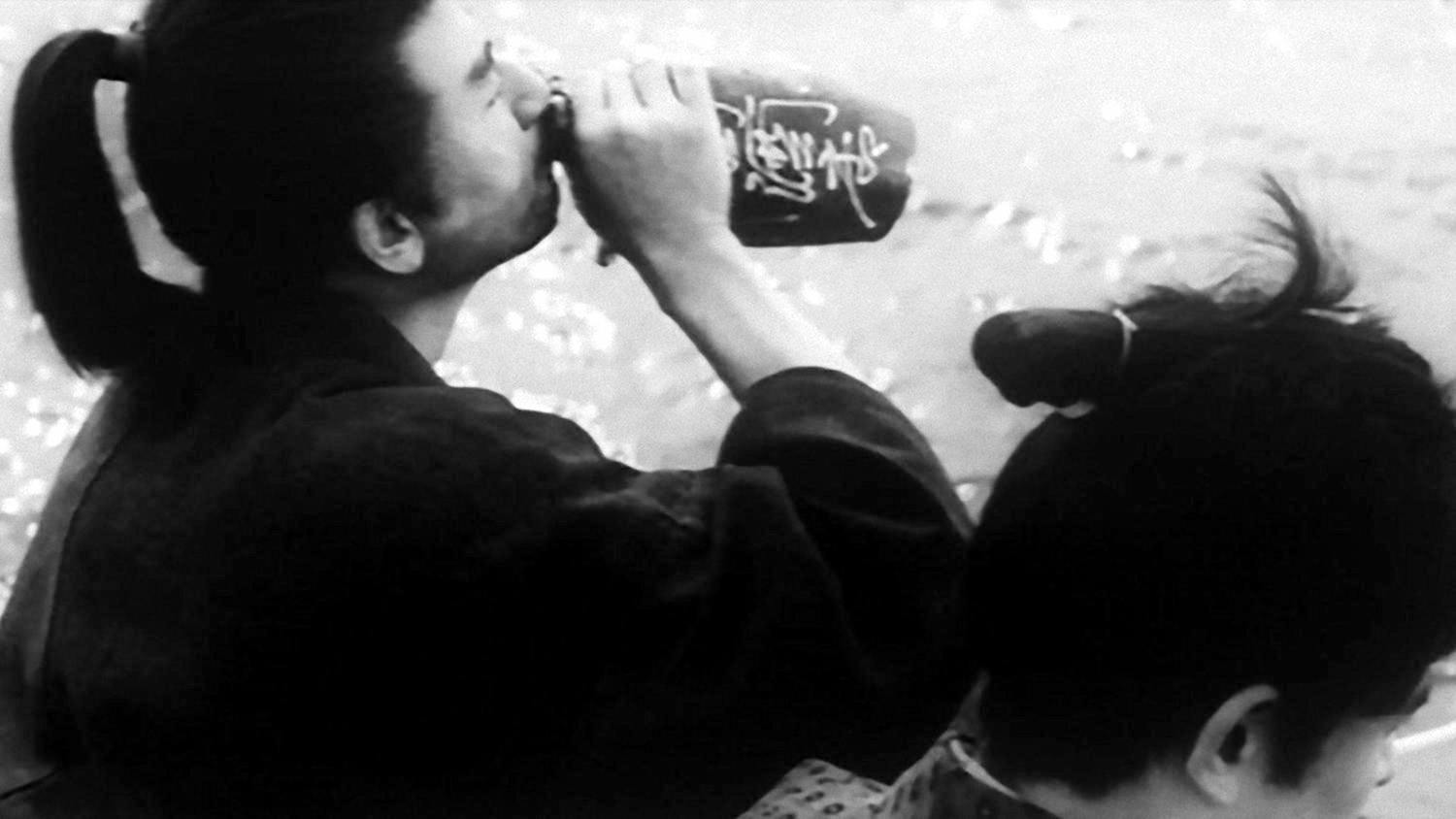 Sake? Make mine a double (cross).

Though set in the second half of the nineteenth century as Japan was divided between Imperialist isolationism and a Shogun-supported outward embrace of America, Masahiro Shinodaâ€™s â€śAssassinationâ€ť is also very much about Japanâ€™s twentieth-century post-war dispensation, when old nationalisms were vying with emerging westernisation. Shinoda finds for these ages of â€śdouble-edged turmoilâ€ť a double-edged hero, the enigmatic, opportunistic ronin Hachiro Kyokawa (Tetsuo Tamba) whose ambiguous motives and methods in navigating the politics of his time capture the slippery stakes of any nation in transition. The film is chanbara as detective story, with Kyokawaâ€™s elusive identity both the quarry and the crime scene. One of my all-time favourite films. 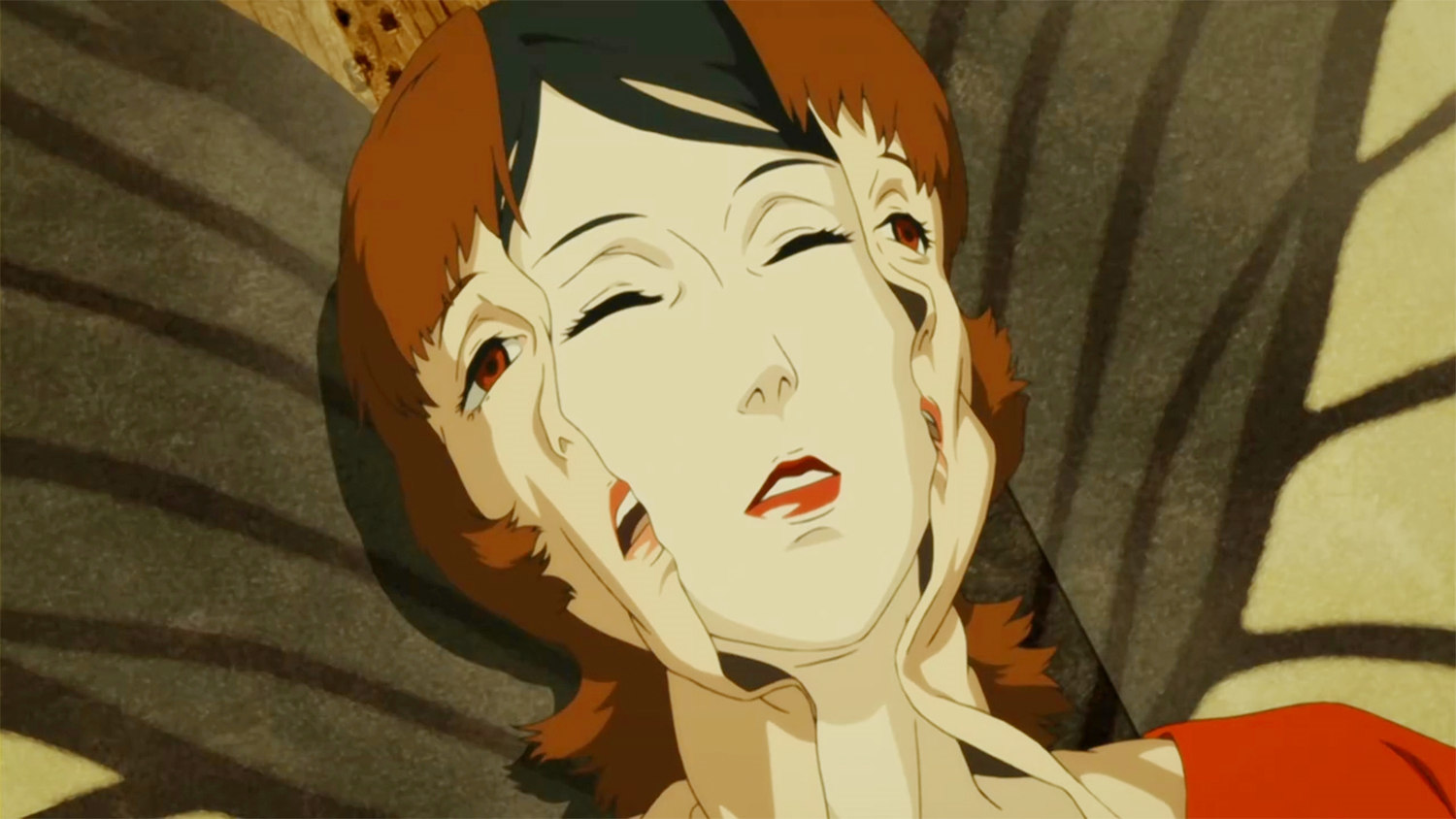 The real self emerges from the chrysalis of the virtual.

Anime excellence might easily have been represented by any title from maestro Hayao Miyazaki, but I have opted instead for Satoshi Konâ€™s â€śPaprika.â€ť Its â€śInceptionâ€ť-inspiring premise of a young woman who can expertly dive into other peopleâ€™s dreams fully exploits the fluid, plastic capacities of animation to realise an ever-shifting, unstable world ruled by arbitrariness and id, while inventively exploring the connections between reality and fiction, between the internet and the collective unconscious, between dreams and film itself. Formally experimental, â€śPaprikaâ€ť pushes the possibilities of cinema toâ€”and overâ€”the edge. It is also an escapist expression of pure joy from start to finish. 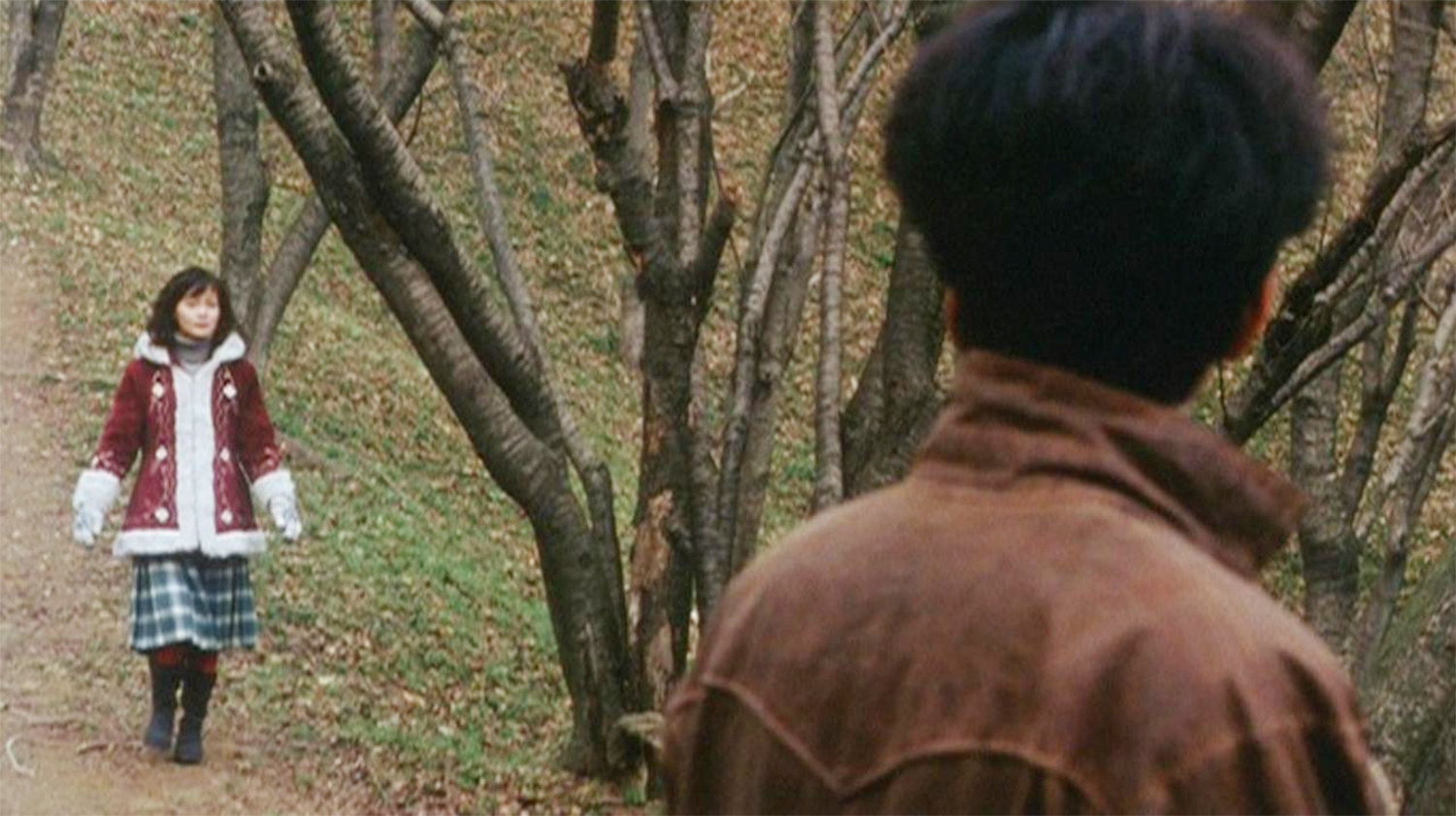 Yabuike (Koji Yakusho) canâ€™t see the woods for the trees.

After making a fatal decision in a life-or-death situation, worldweary Tokyo cop Yabuike (Koji Yakusho) is put on leave, ending up in a mountainous forest where he becomes trapped in a local conflict over a tree. The visual style of Kiyoshi Kurosawaâ€™s â€śCharismaâ€ť may be plain, and the premise may sound simple, but this film, as unnervingly calm as it is violent, concerns itself with huge eco-philosophical themes: the place of the individual within a dynamic system, the mismatched dance of morality and Darwinism, the inevitable co-existence of order and chaos. By the time â€śCharismaâ€ť has reached its apocalyptic end, you can no longer see the wood for the trees. 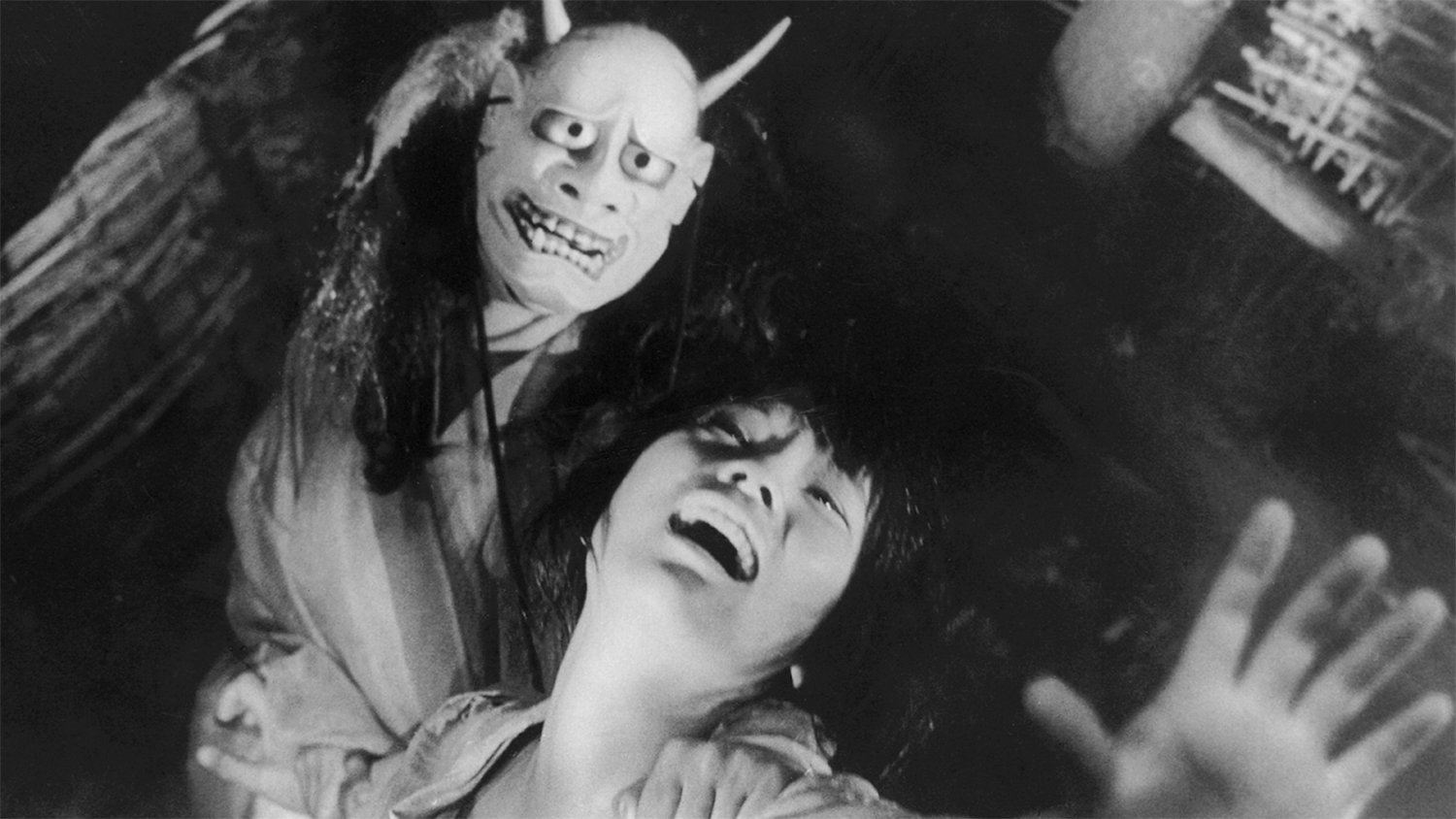 Left to fend for themselves at home while the menfolk are off fighting a protracted civil conflict, a woman (Nobuko Otowa) and her daughter-in-law (Jitsuko Yoshimura) have resorted to robbing passing soldiers and dumping their bodies into a gaping pit â€”until desperate news and erotic jealousy drive one of the two women to don a pillaged devilâ€™s mask. Communist independent director Kaneto Shindoâ€™s horrifying fable of all-too-mortal monsters carries an obvious message about the devastation and dehumanisation wrought by warâ€”but in the tall susuki grasses where much of Onibabaâ€™s actions take place there lurks a parallel parable in which the burial pit figures the bottomless, all-consuming rapacity of capitalism in a world where everything has price, but nothing has value. Though set in a medieval age, Shindoâ€™s film is timeless.