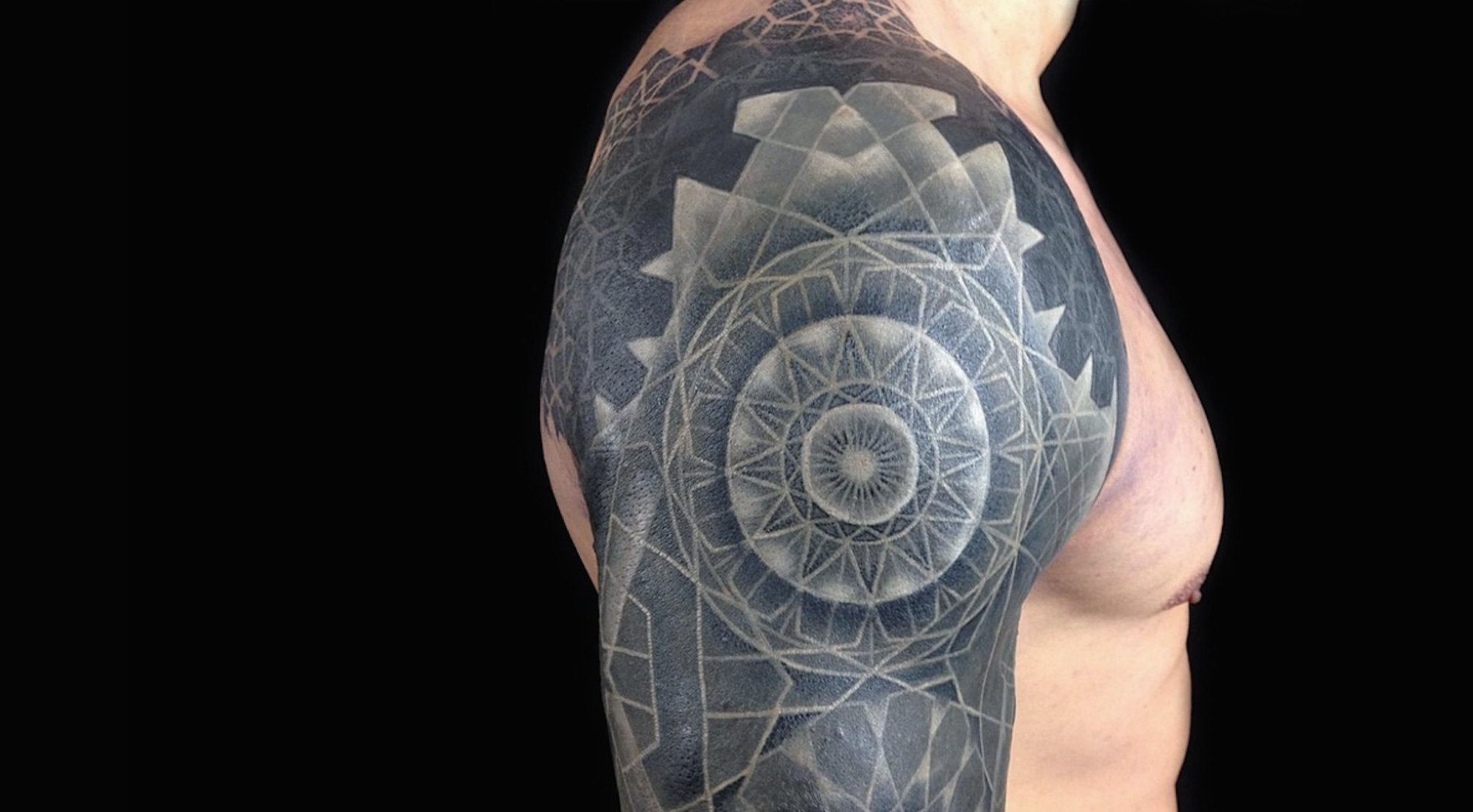 One side effect from the rise in tattooing is a rise in regret, as well. That’s a big reason white-on-black ink cover ups are sparking curiosities around the world.

White-on-black isnŌĆÖt new, but itŌĆÖs definitely growing as more people seek creative cover ups. Lasering is expensive, scarification is still niche, and solid blackwork can feel too heavy for some folks. White appears to offer new design options for anyone covering full sleeves of mistakes. But there is much to consider before jumping in. 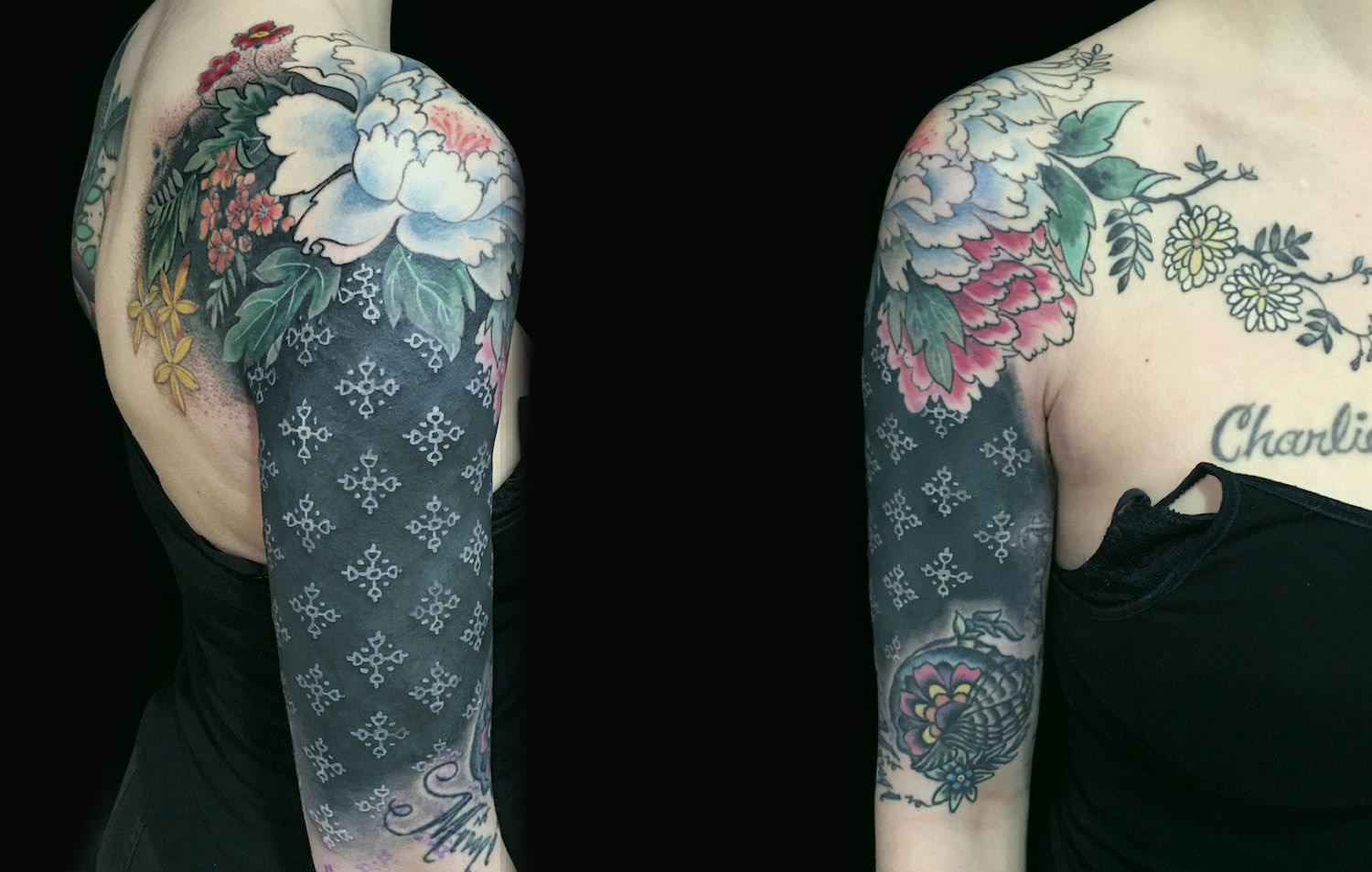 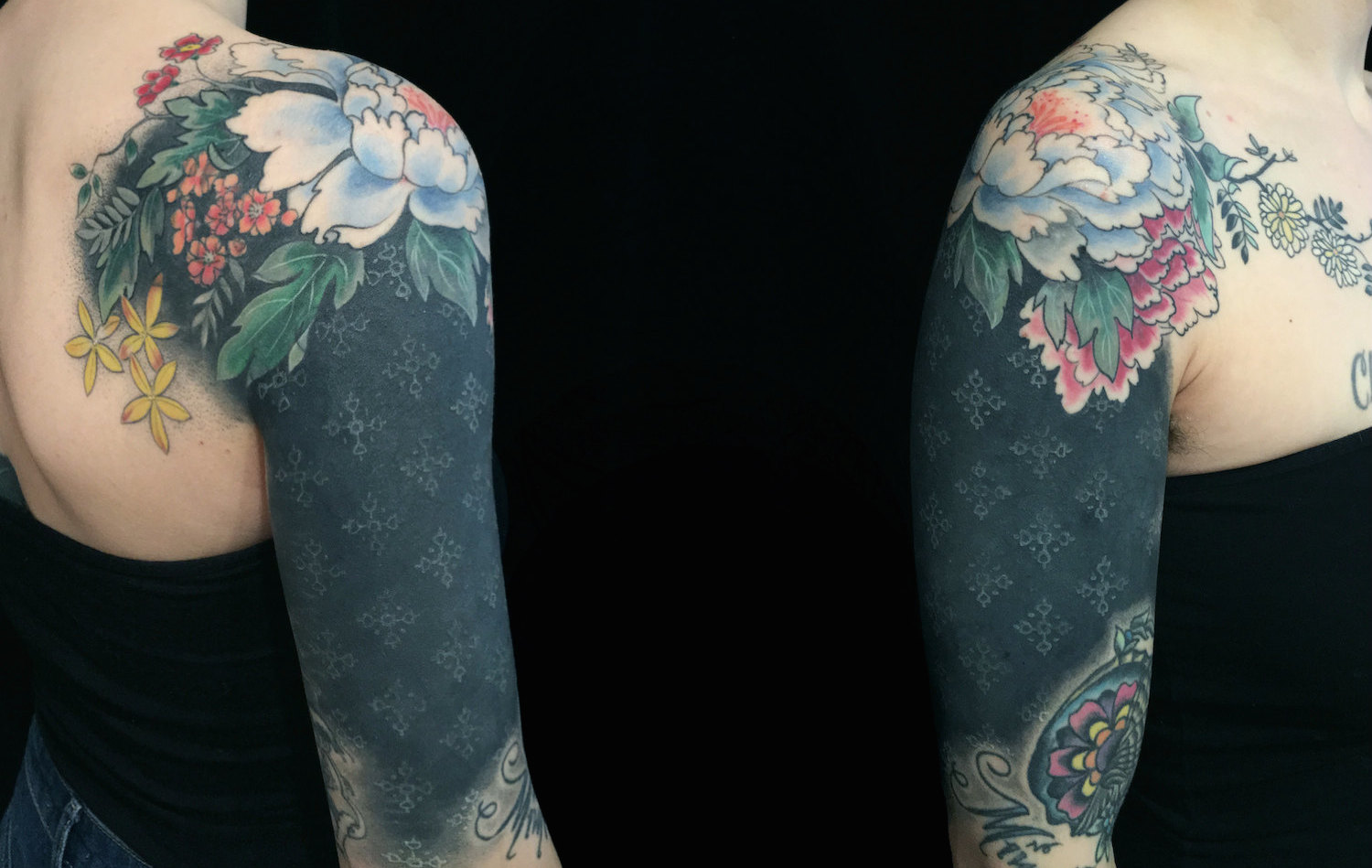 Before and After: Esther Garcia’s single session of white ink gives a chalkboard-like effect.

Most of these cover ups involve large sections of the body. This means devoting a lot of hours to cover the original tattoos in black ink, then returning up to five additional times for a pass of whitework on top. Since the skin needs to heal in between each session, this can take years to finish a single piece. It’s a huge investment of time and money, especially if your artist isn’t local. 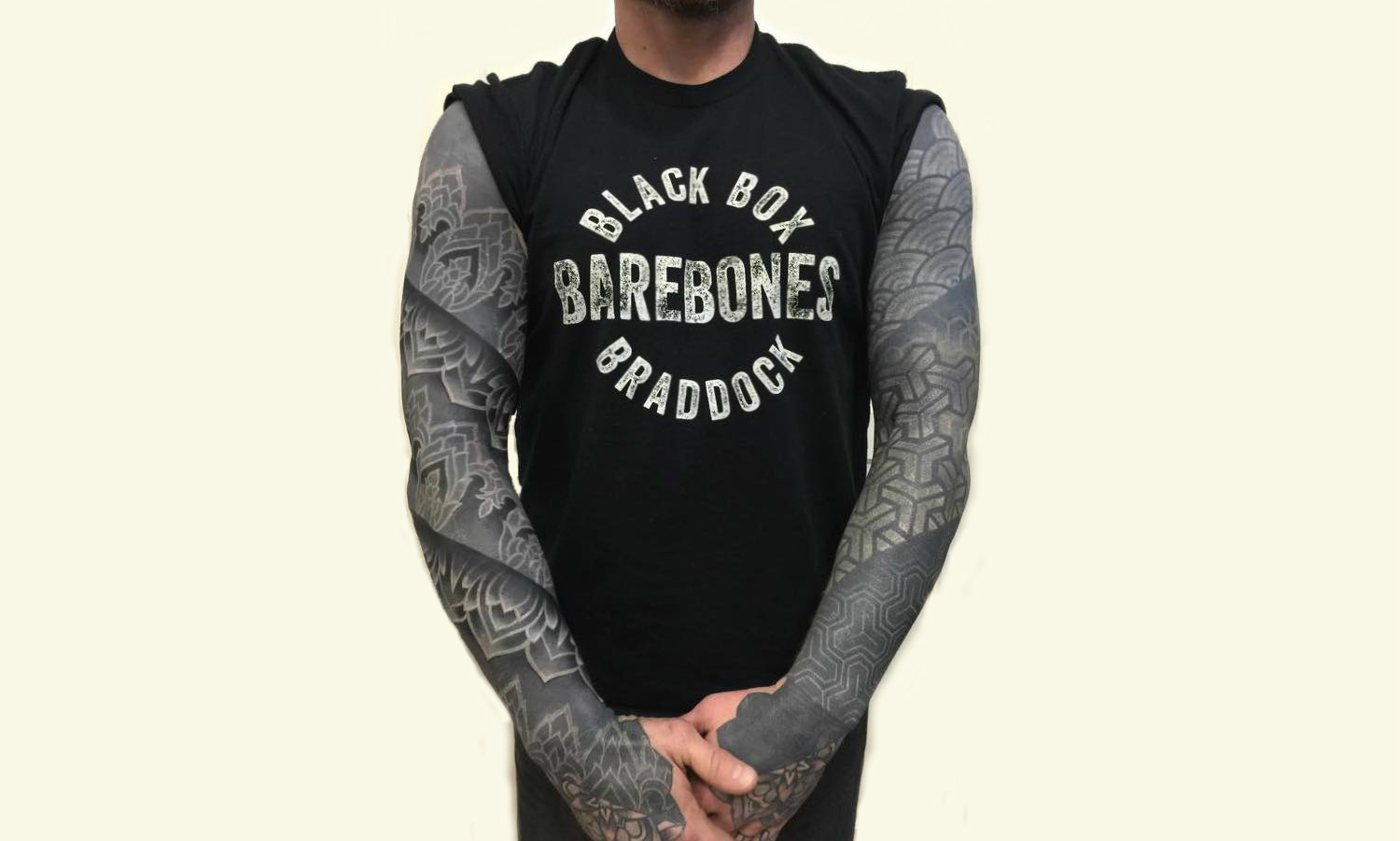 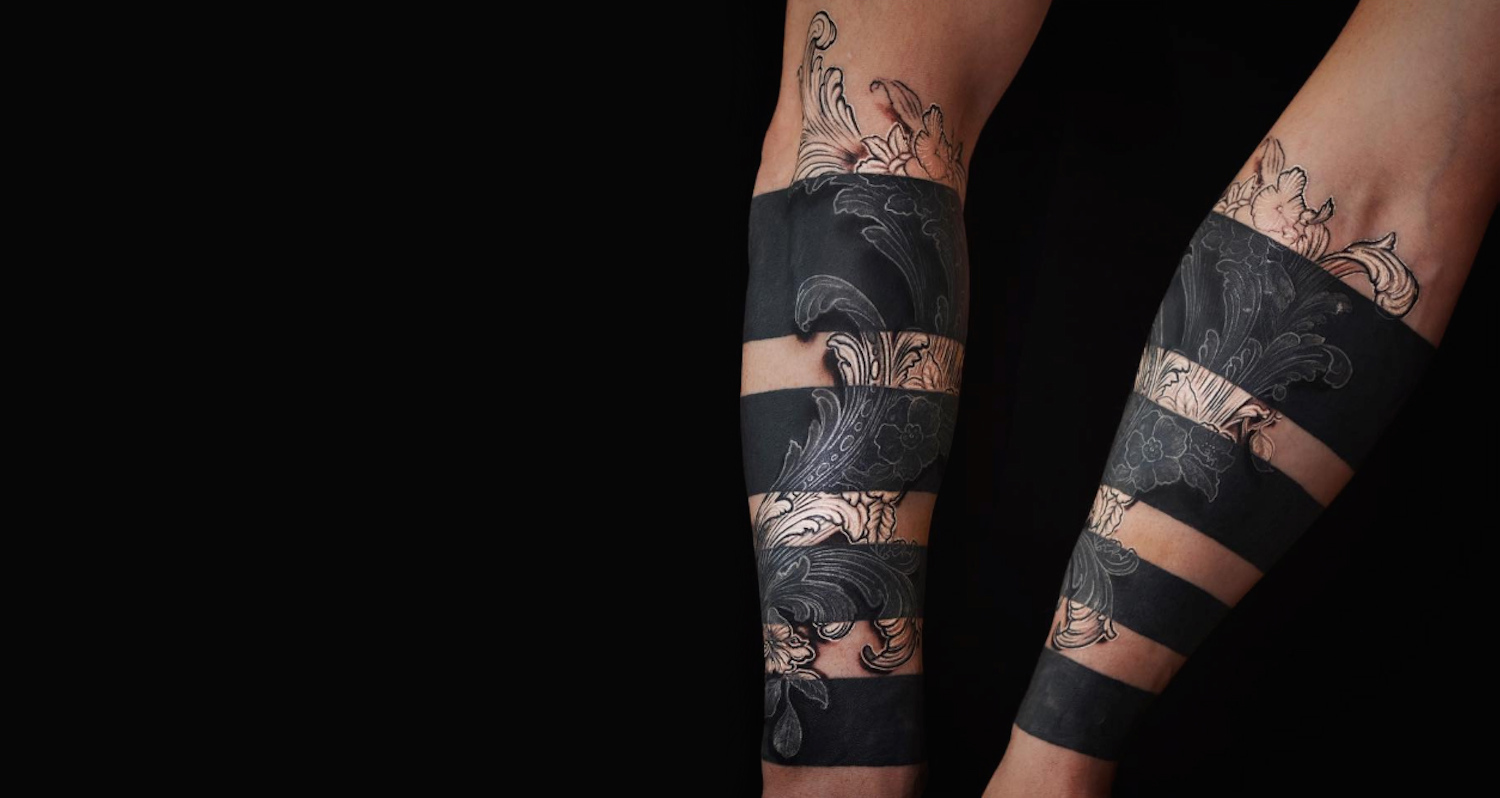 White-on-black is not a simple request, and many professionals don’t feel comfortable with it. “You need a tattooer who understands how the black and white pigments work together,” explains Nathan Mould, one of the more prolific white-on-black workers in the industry. “When you tattoo over tattooed skin, youŌĆÖre breaking apart the old design. YouŌĆÖre removing the black while adding the white. ThereŌĆÖs a bit more to it than other kinds of tattoos or cover ups.ŌĆØ So unless you land a rare spot with an experienced artist, you’ll probably be rolling the dice (and asking your tattooer to do the same). 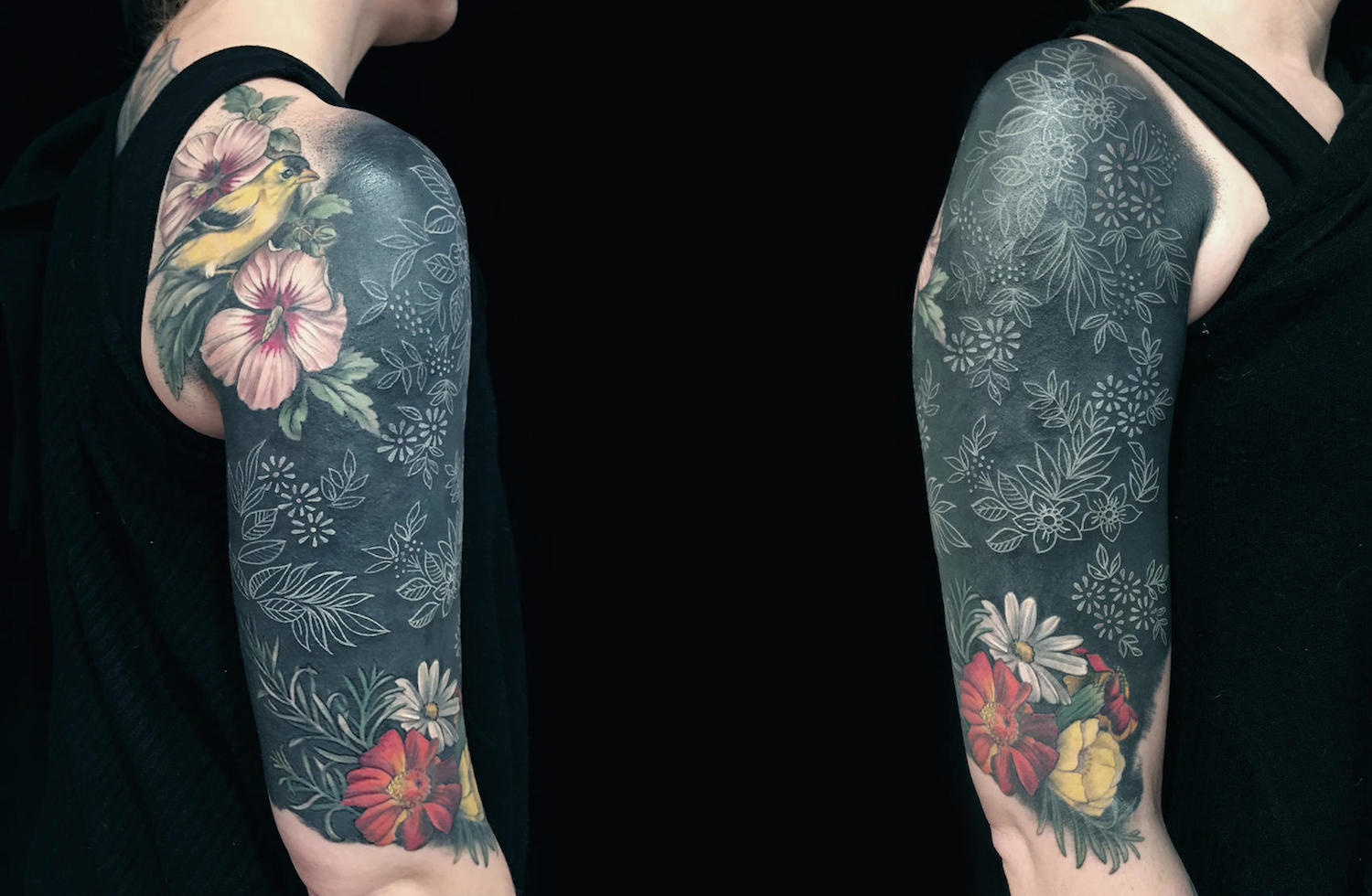 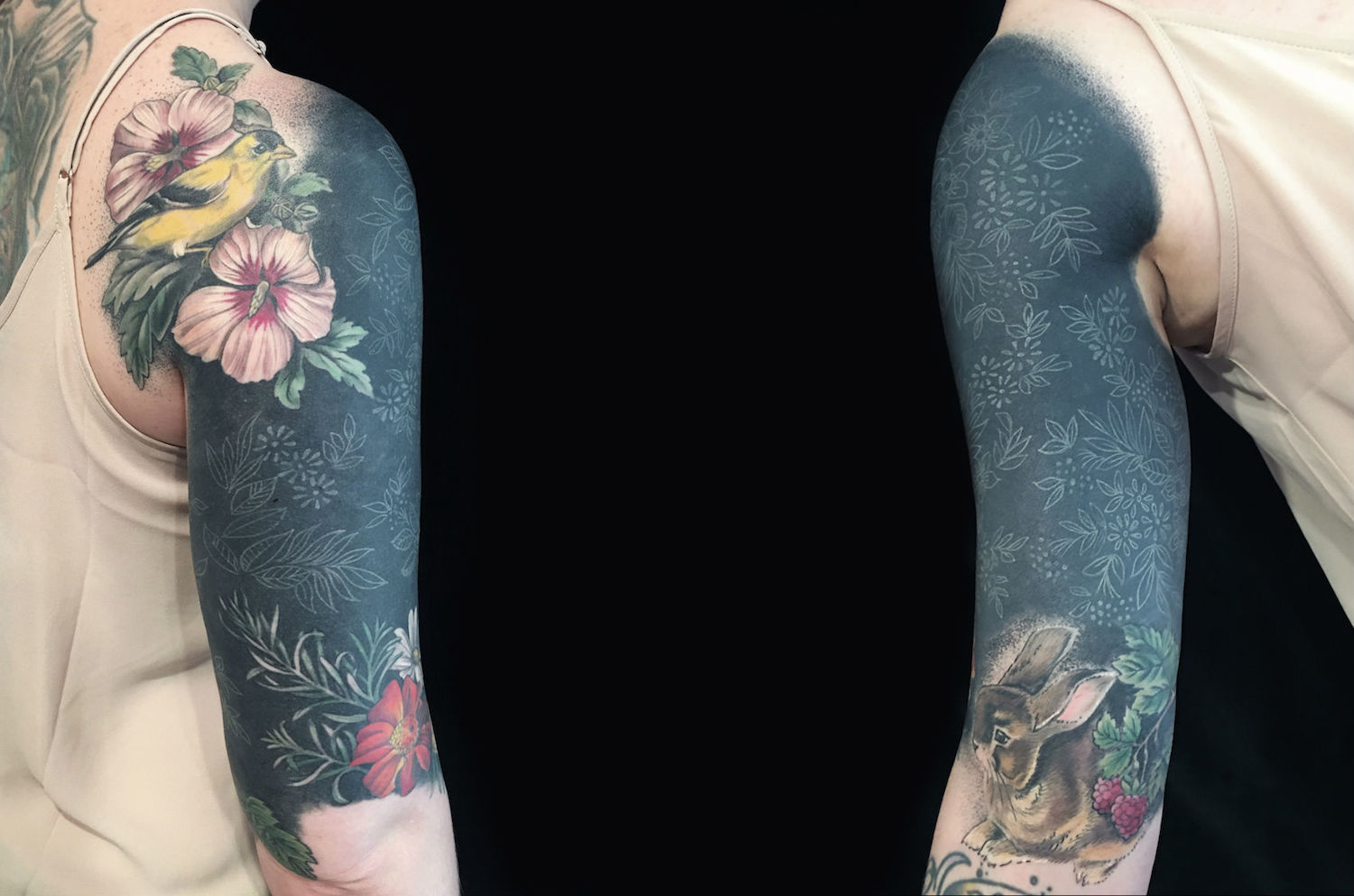 Before and After: Esther Garcia’s white ink yields different results on a new skin type.

Most artists using this method are still in the learning stages. Esther Garcia began dabbling two years ago. ŌĆ£I wanted a technique in my toolbox that was a reverse of the norm,ŌĆØ she reveals. ŌĆ£I started adding the [white-on-black] technique to small areas of more complex tattoos. This allows a safe way to experiment, in case it doesnŌĆÖt work out as expected.ŌĆØ

With very few specialists in this area, the results can be unpredictable. ŌĆ£Anyone can try it, which is true of any tattoo style,ŌĆØ Nathan Mould continues. ŌĆ£If youŌĆÖre going to get it done, you should find someone whoŌĆÖs got experience. If not, itŌĆÖs ok, just understand that you are an experiment for that person. You have to be ok with not knowing the outcome.ŌĆØ 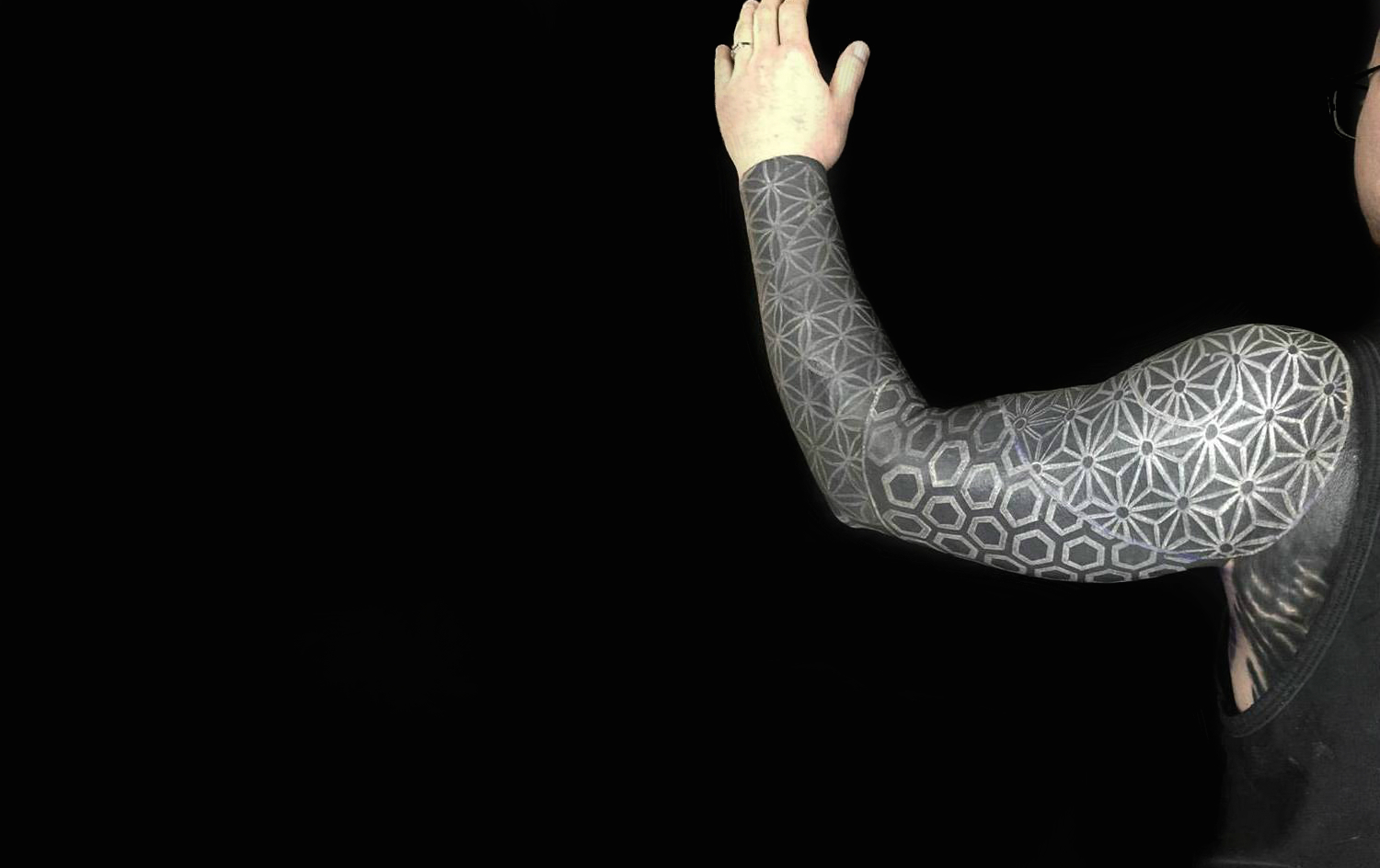 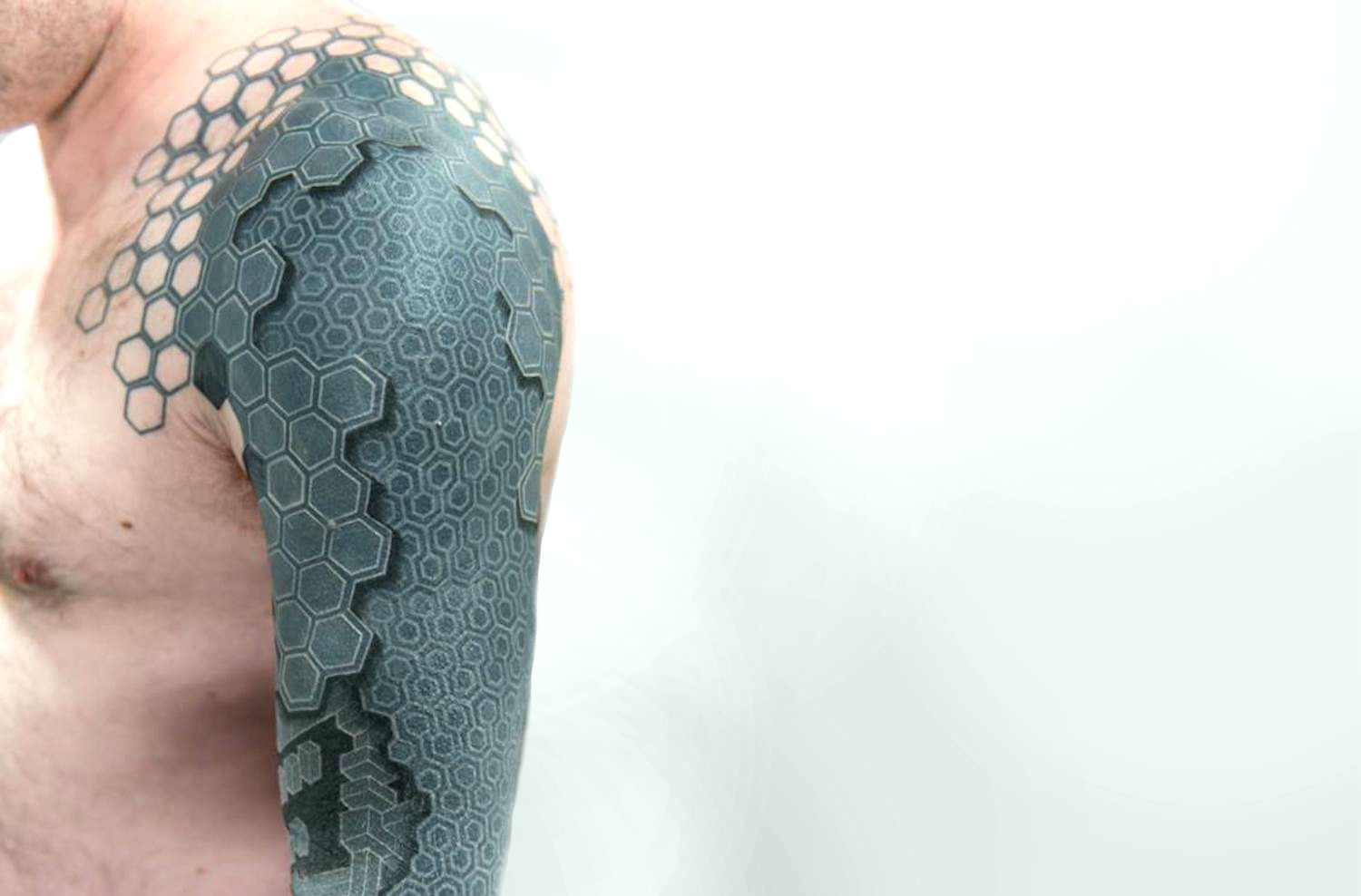 ŌĆ£White ink will only ever sit as bright as your skin tone,ŌĆØ Mould explains. ŌĆ£A lot of people say ŌĆśwhite turns yellowŌĆÖ or ŌĆśwhite turns brown,ŌĆÖ but itŌĆÖs not true. The white just lays below the melanin of your natural skin tone.ŌĆØ In effect, your skin is a tinted screen through which you view the ink.

All tattoos age, most need touch-ups, and every style varies by skin type. So the answer to the question, “Will it last?” is simultaneously: ŌĆ£Yes, no, and it depends on your skin.”