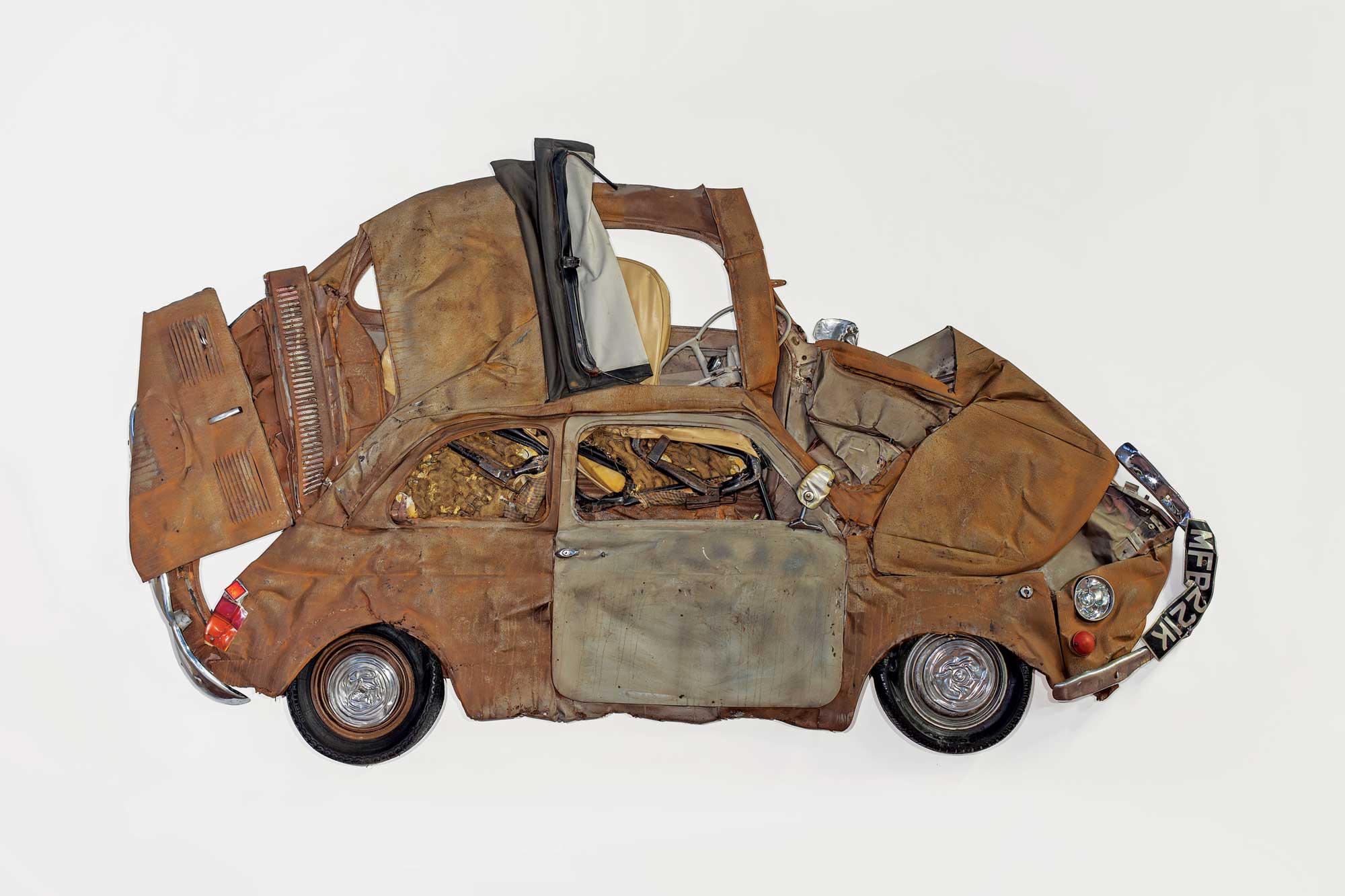 Ron Aradâ€™s wall-mounted car sculptures mesmerize as they play between two and three dimensions. His current exhibition contains six beautifully crushed retro Fiats that he appropriately titles â€śPressed Flowers.â€ť The model Arad uses, the Fiat 500c Giardiniera, was not only his familyâ€™s first car, but also the vehicle that his father almost died in, from a crash when Arad was a child.

The cars are stunning and almost create the illusion that they are drawn or painted.Â They strike a heavier impact by nature of the material, though. The sheer mass has a profound effect on the viewer, even in photographs. 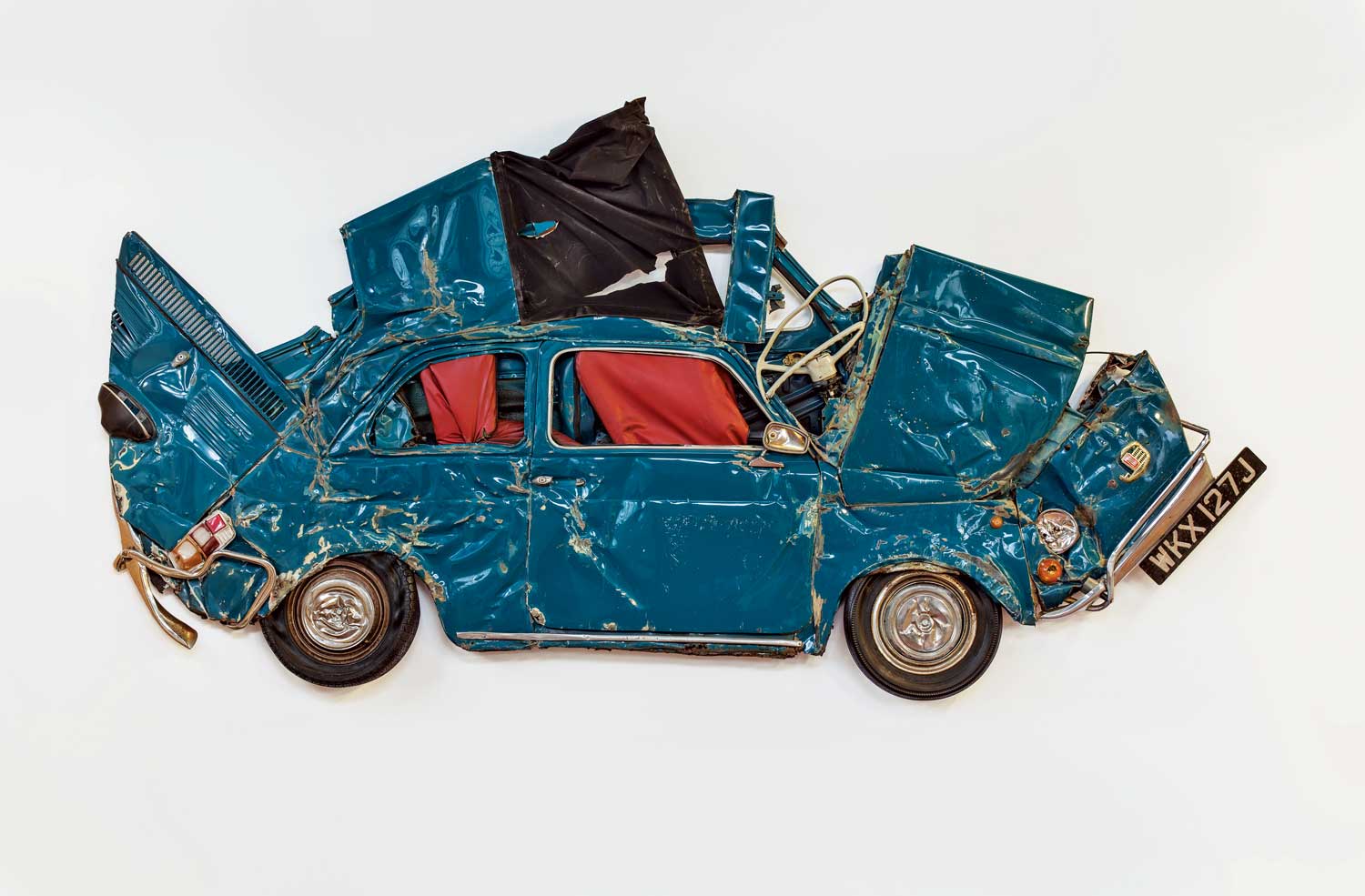 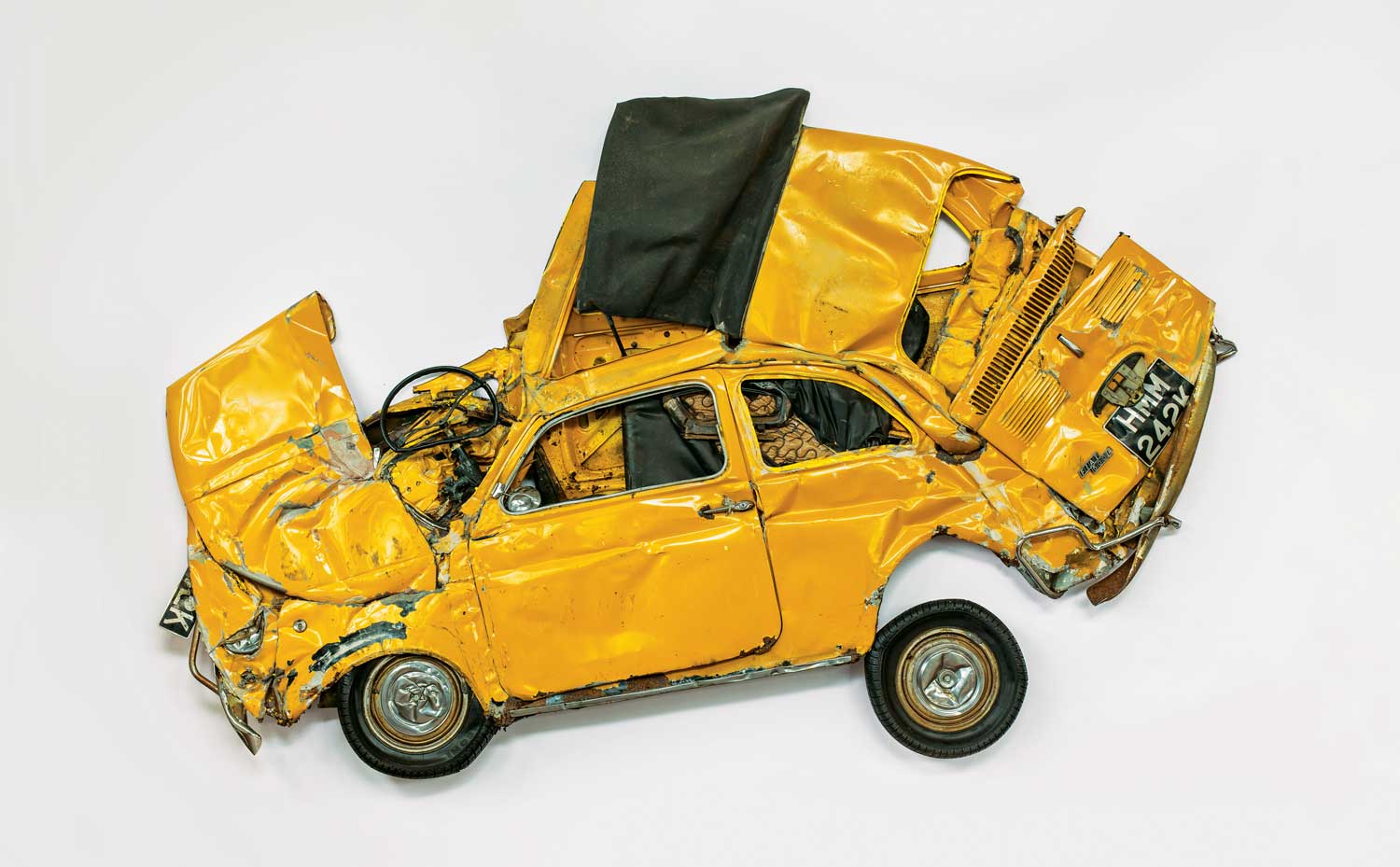 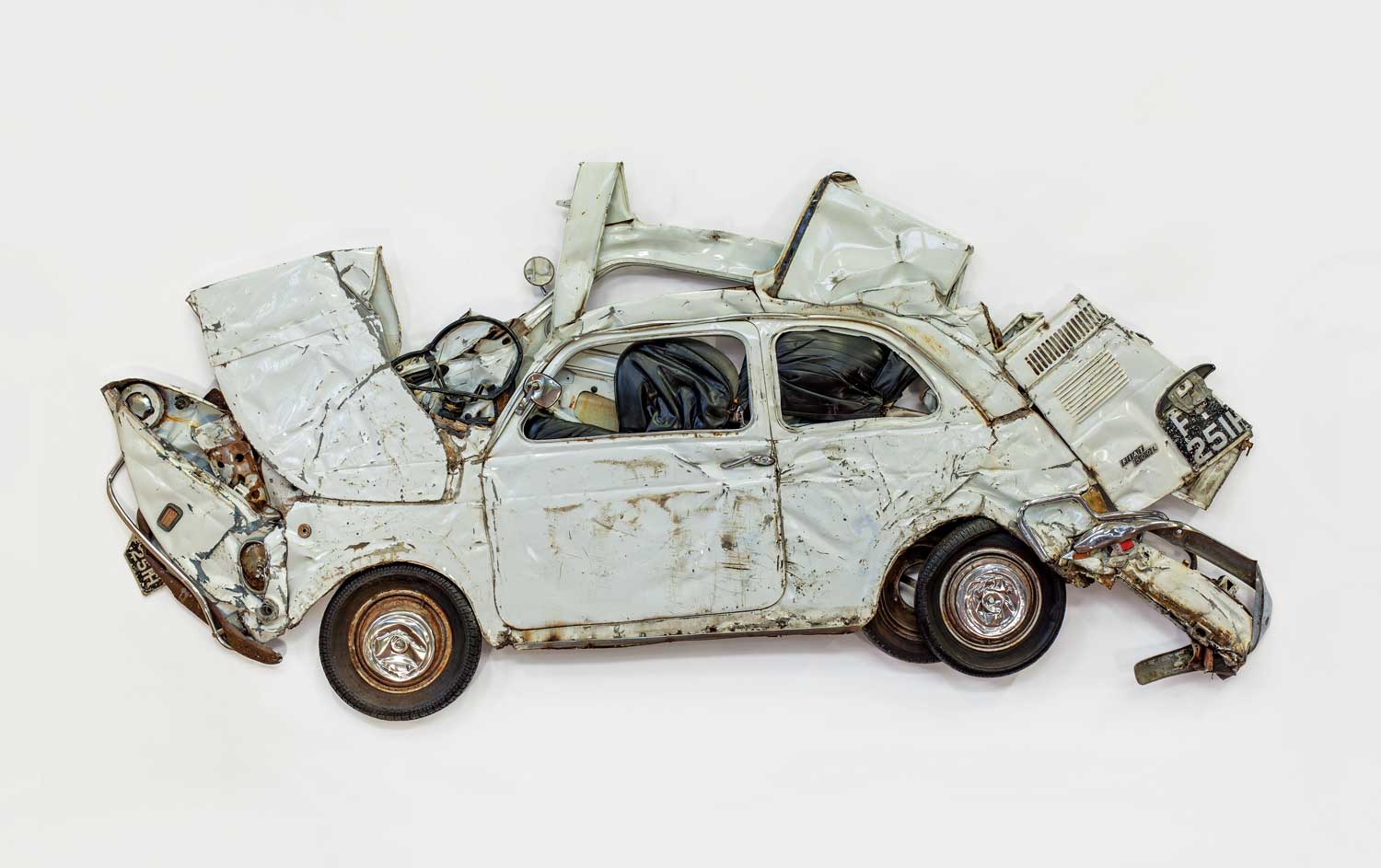 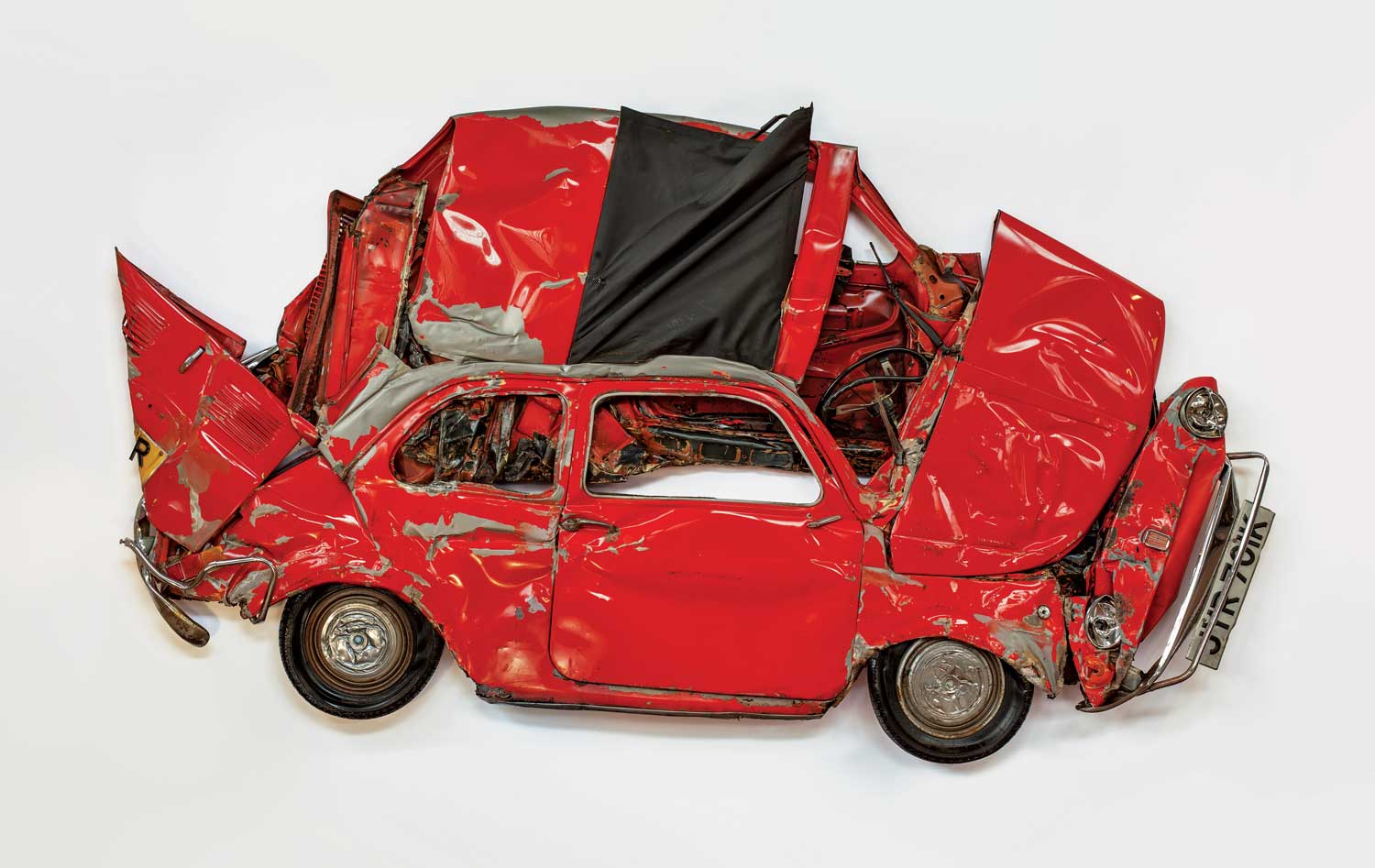 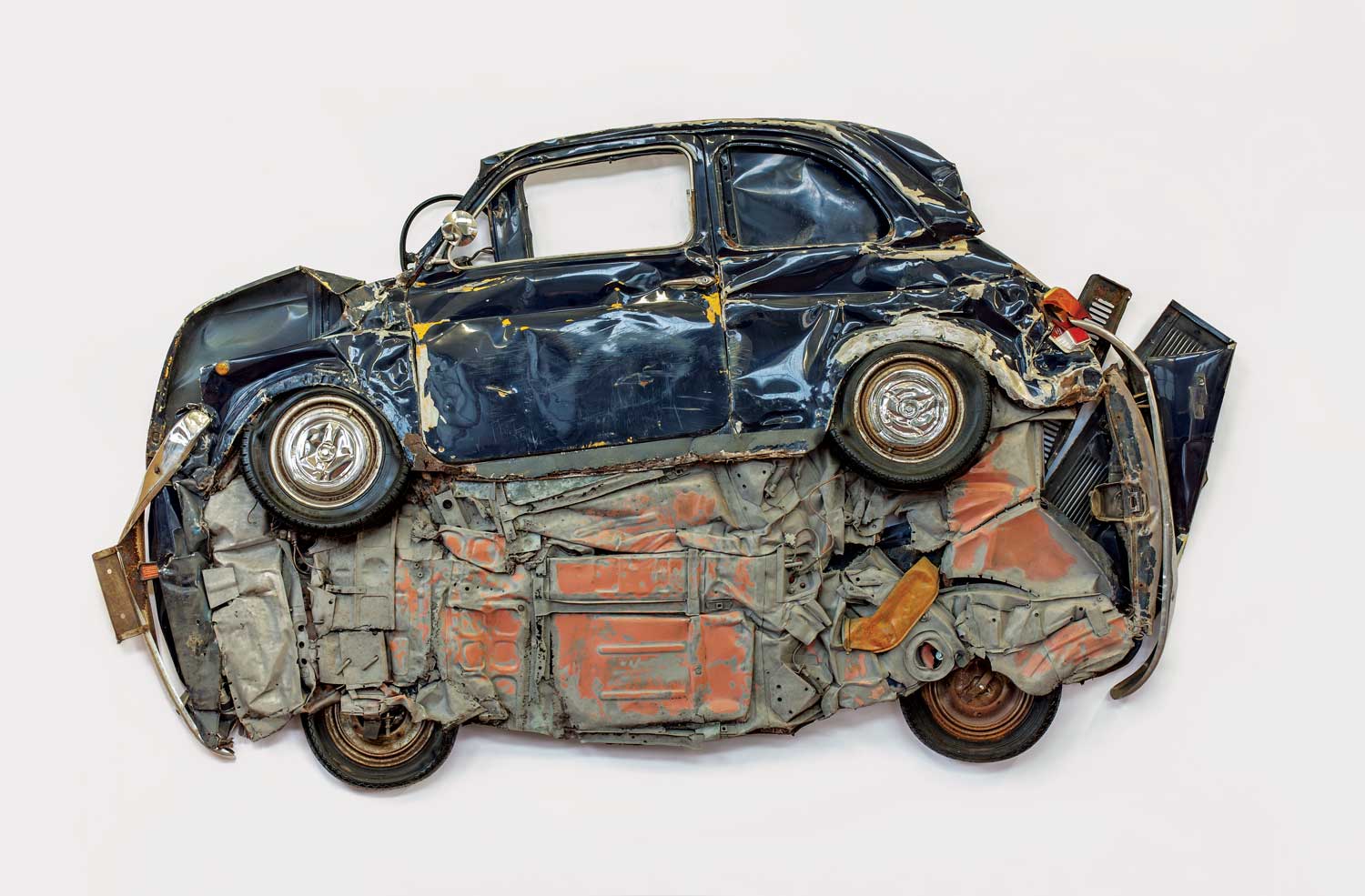