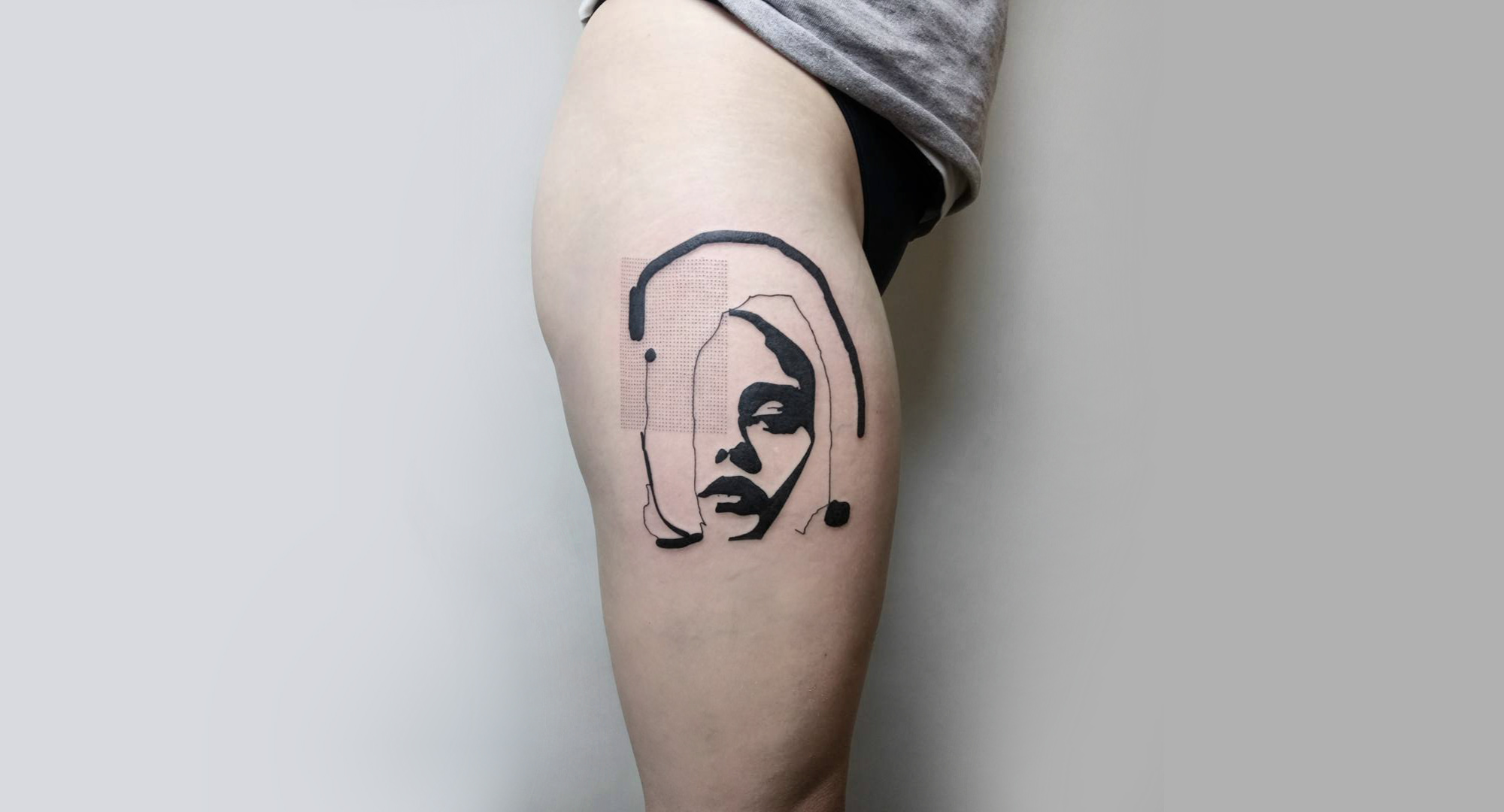 Darker than Lichtenstein, more surreal than Warhol, tattooer Andrey Volkov retrofits ’60s pop with the spirit of 2017. His screenprint-esque silhouettes are coming unraveled, exhausted and alone. The dotwork may mimic halftone comic strips, but the groupings are looser, skewed and uneasy. Sometimes he even shatters the portrait itself, letting eyes and ears just float adrift, aimless and untethered. Gone is the camp, the smirk at celebrity. Volkov’s modern pop is overwhelmed by anxiety. And that strikes a chord with the people who embody it permanently. 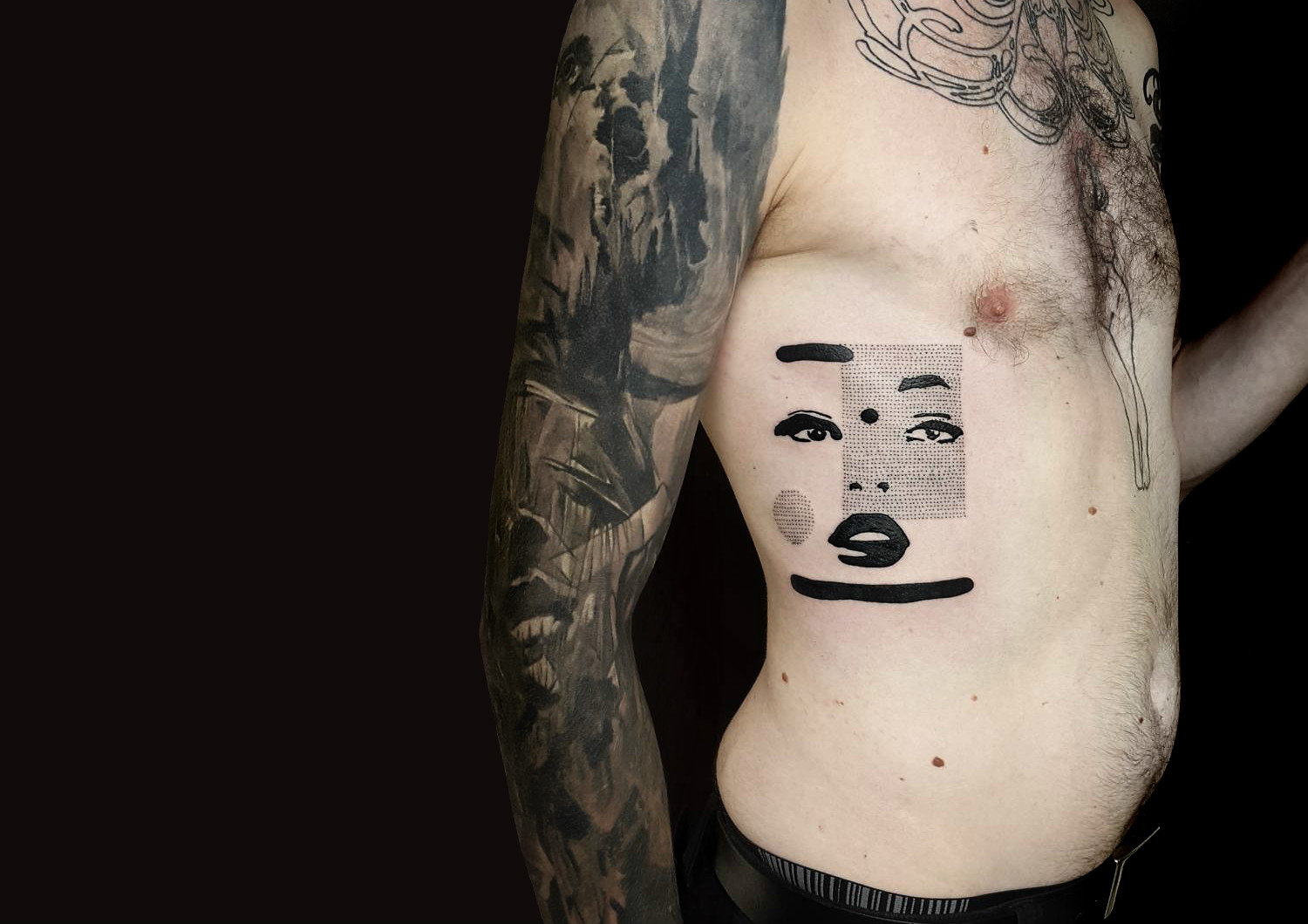 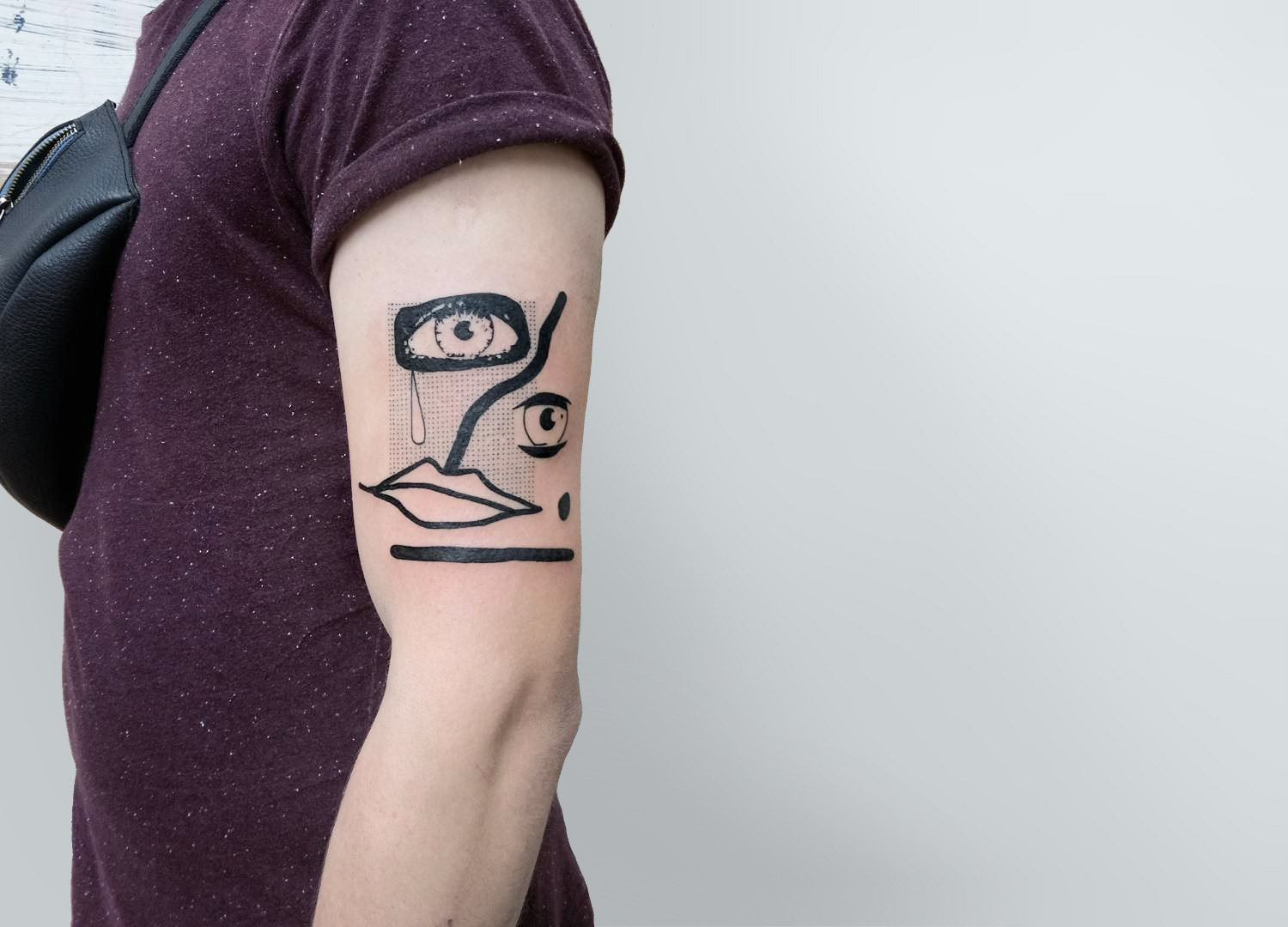 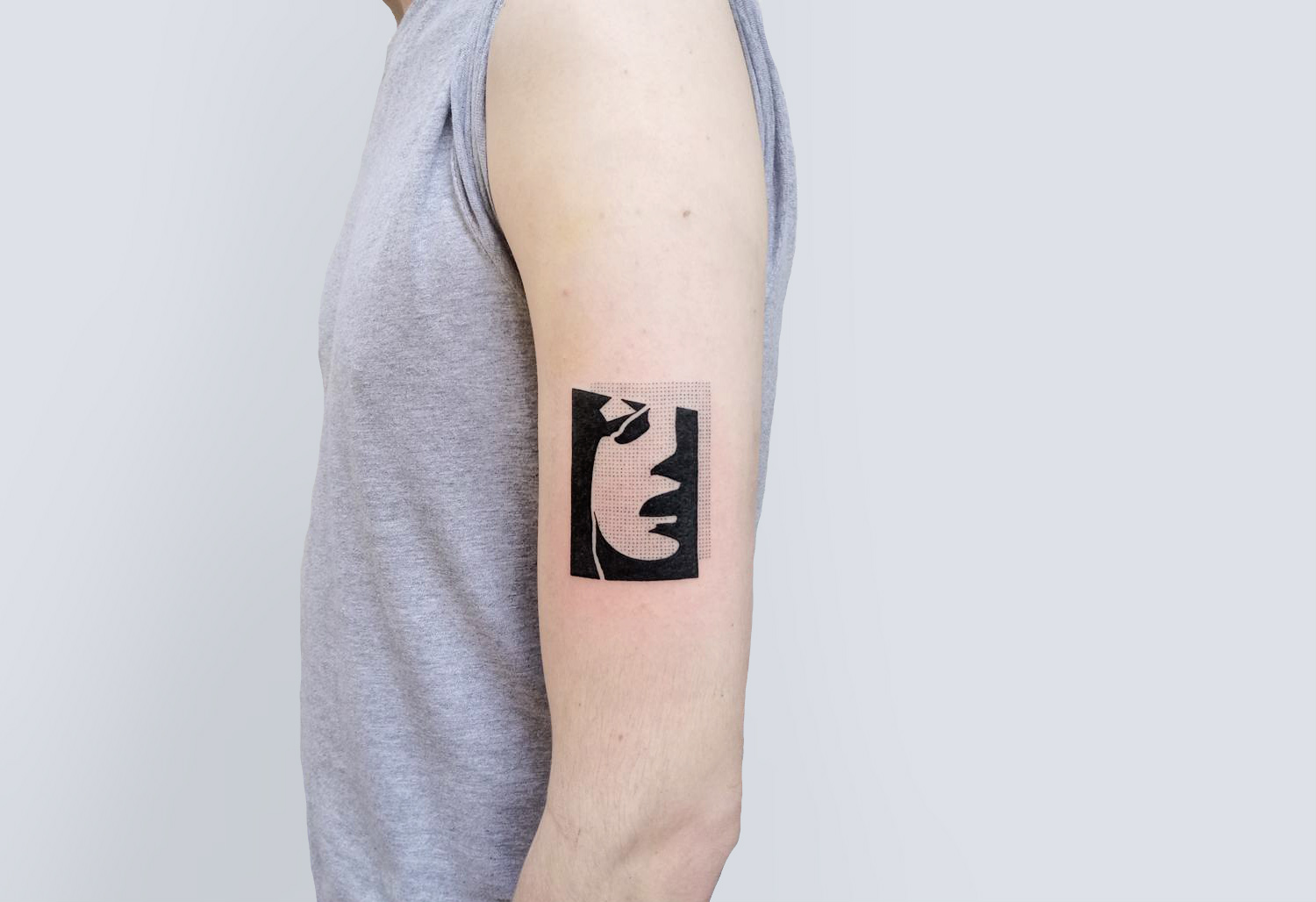 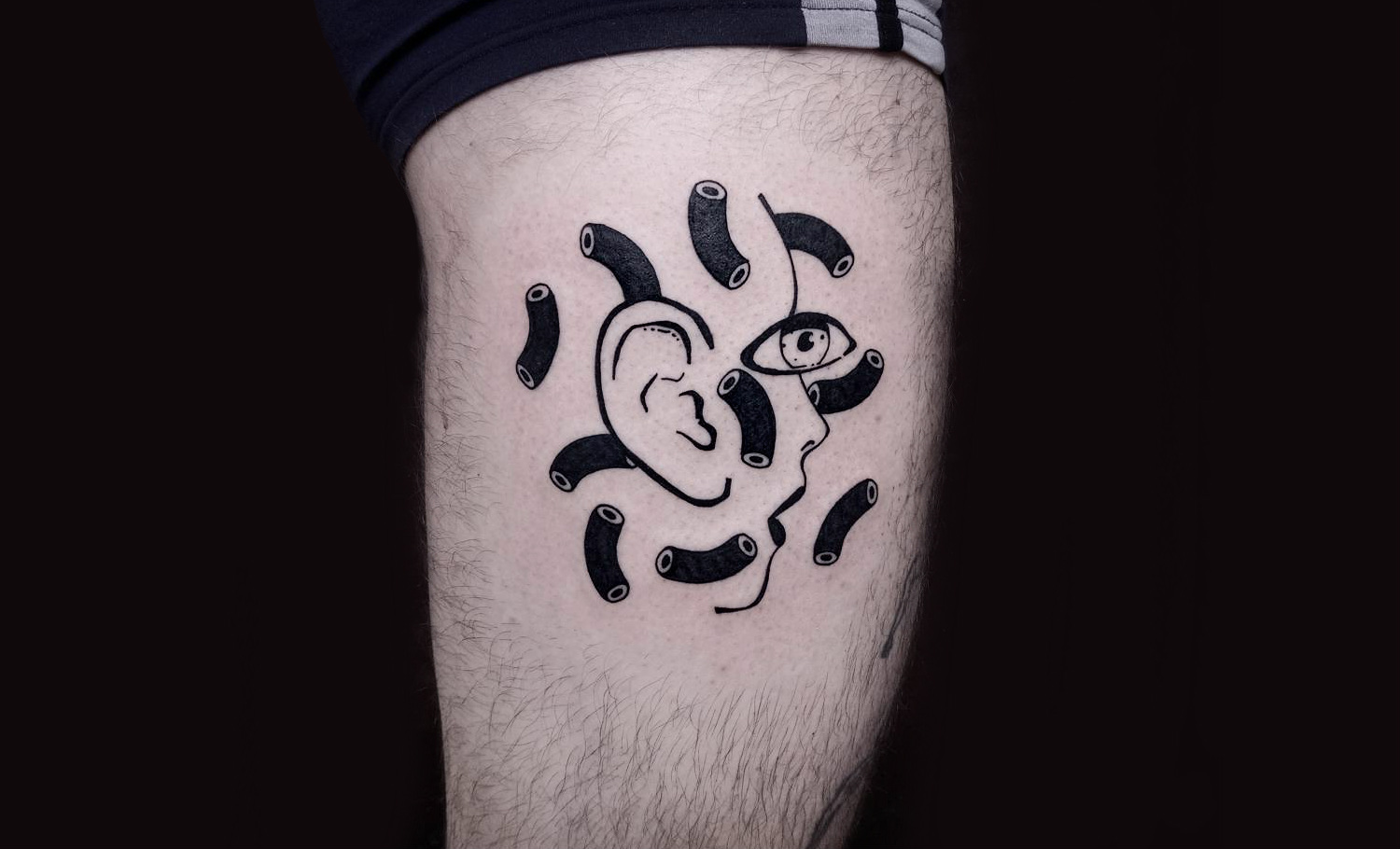 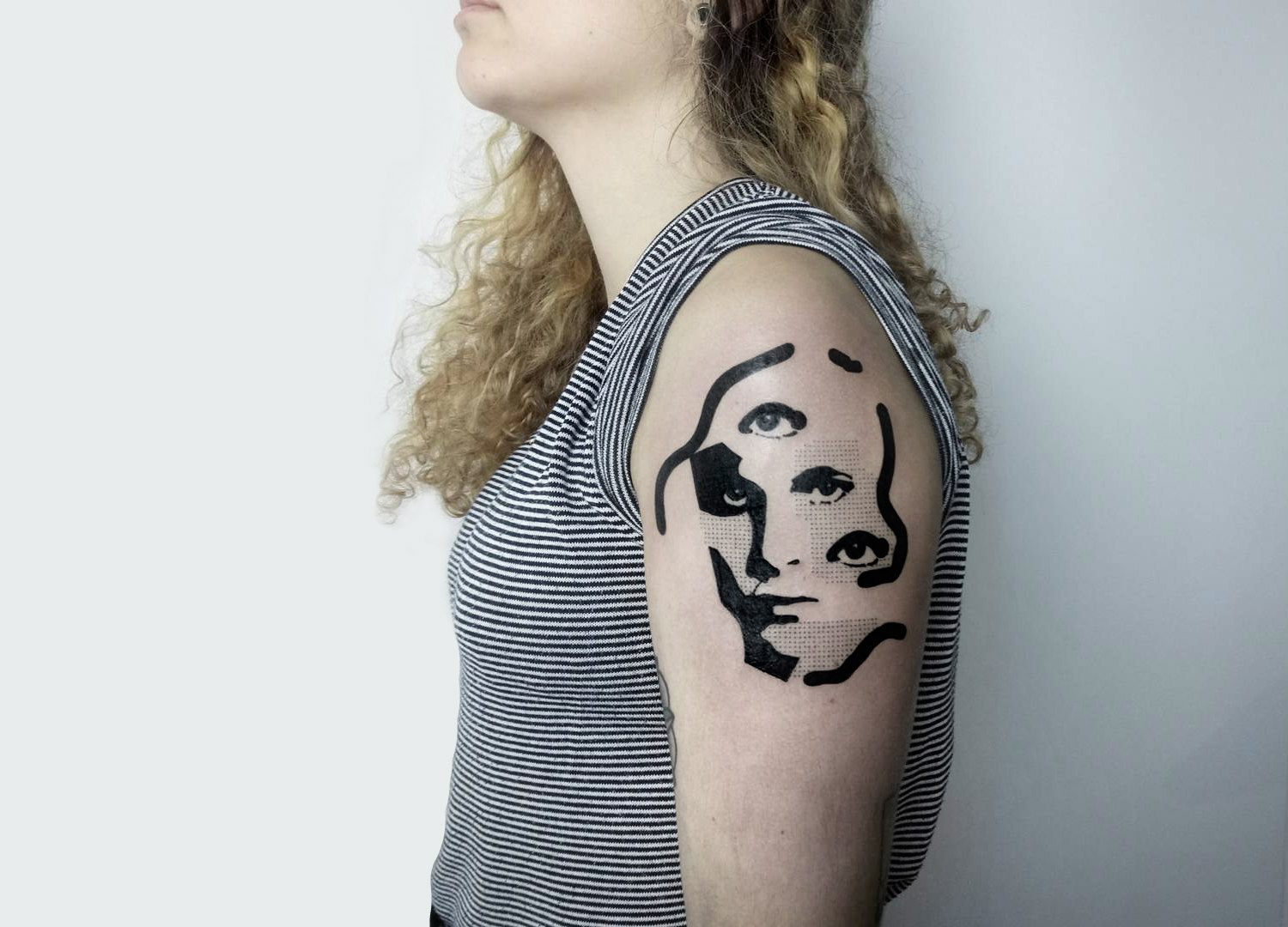 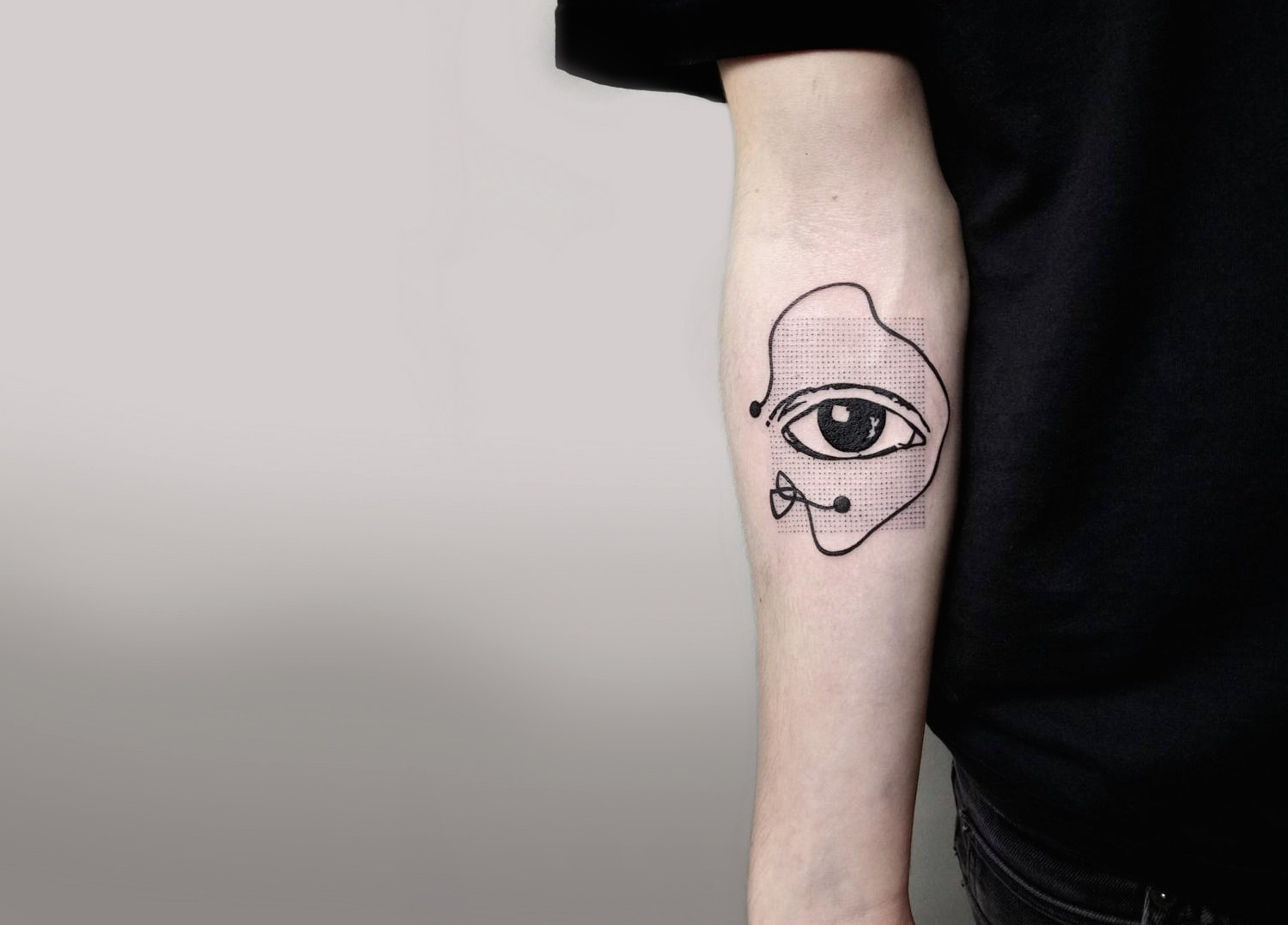 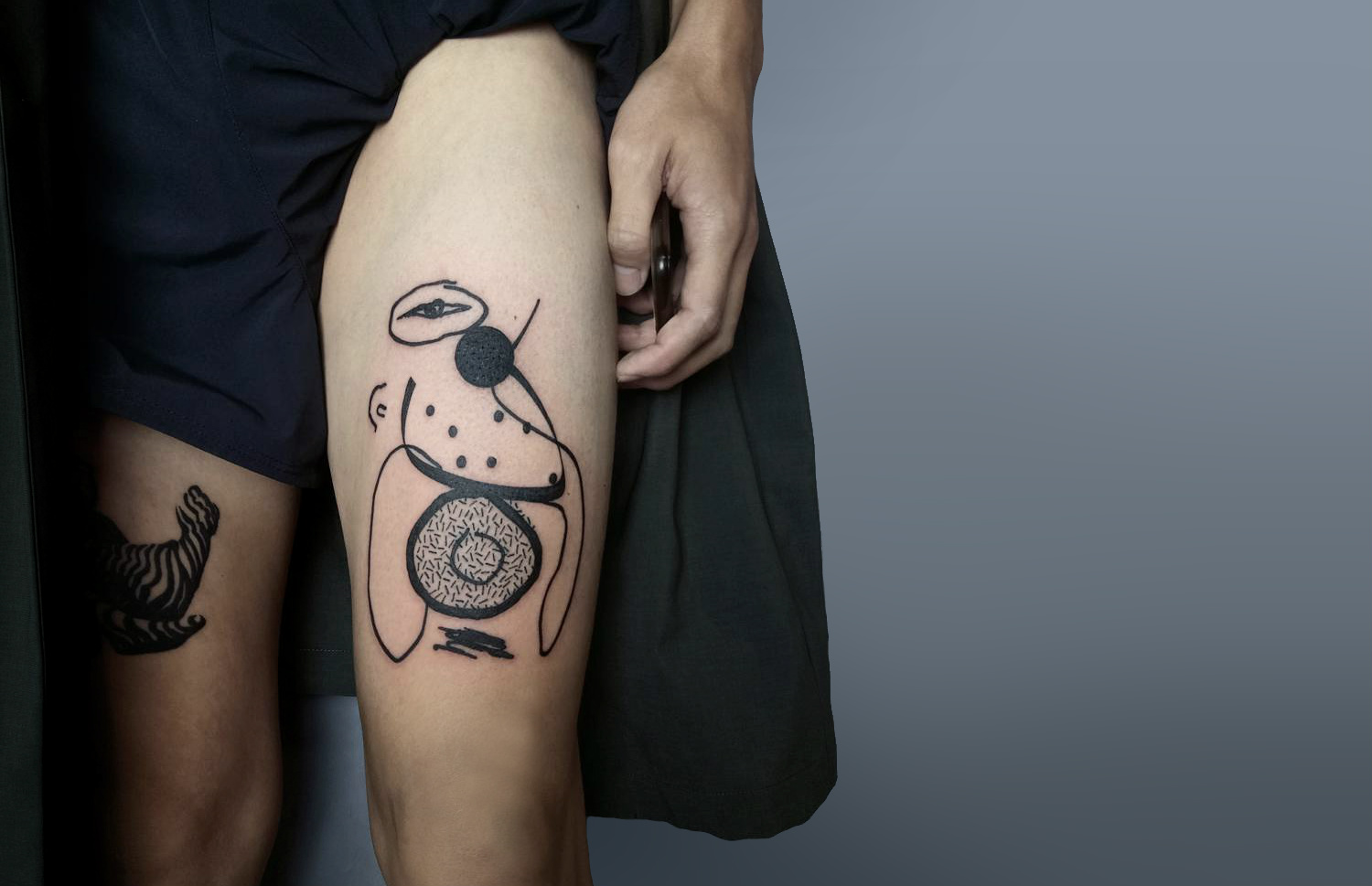 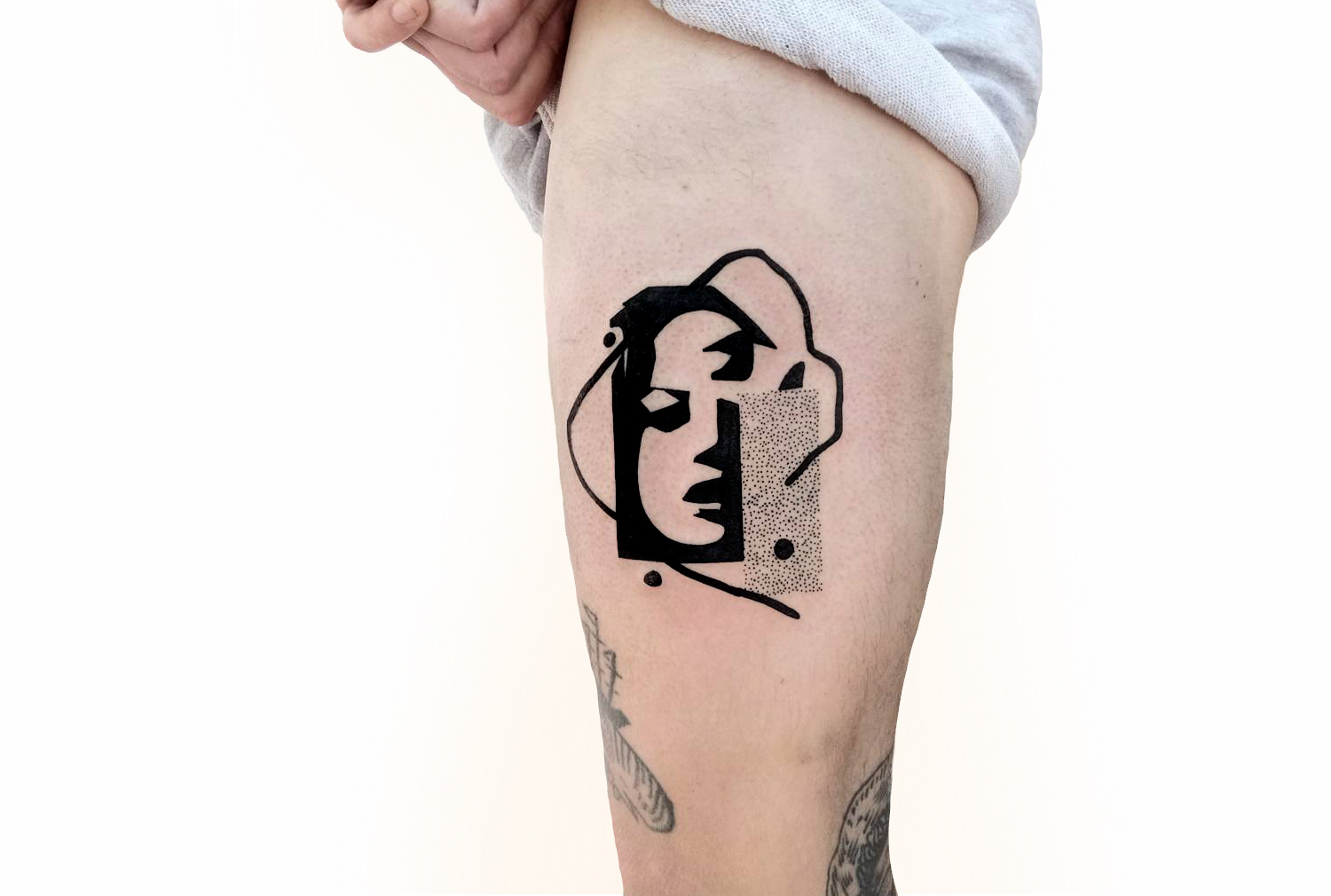 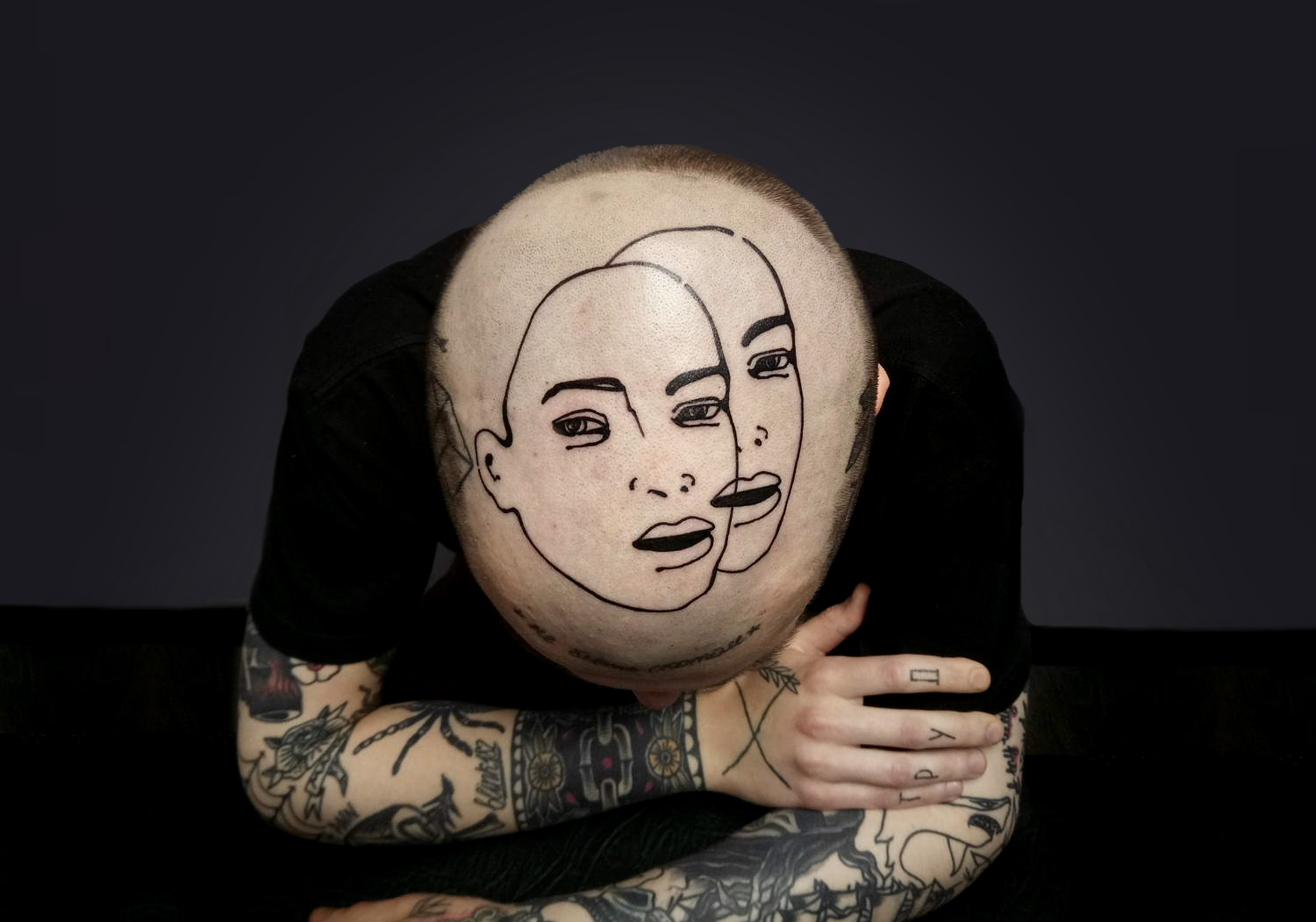