Steven Spielberg is among the greatest filmmakers the medium has ever known. He is also one the most successful, in terms of tickets sold and box-office receipts.

He emerged during the 1970s New Hollywood scene, but his aims were very different from friends such as Martin Scorsese and Francis Ford Coppola. With ‚ÄúJaws‚Äù (1975), he pretty much started the era of the summer event movie.

As a director, his major achievements have been within sci-fi and the war drama. He can get preachy and sentimental, and his filmography has its skeletons in the closet‚Äî‚Äú1941‚Äù, ‚ÄúHook‚Äù and ‚ÄúThe Terminal‚Äù‚Äîbut when he hits a home run: Spielberg is peerless. 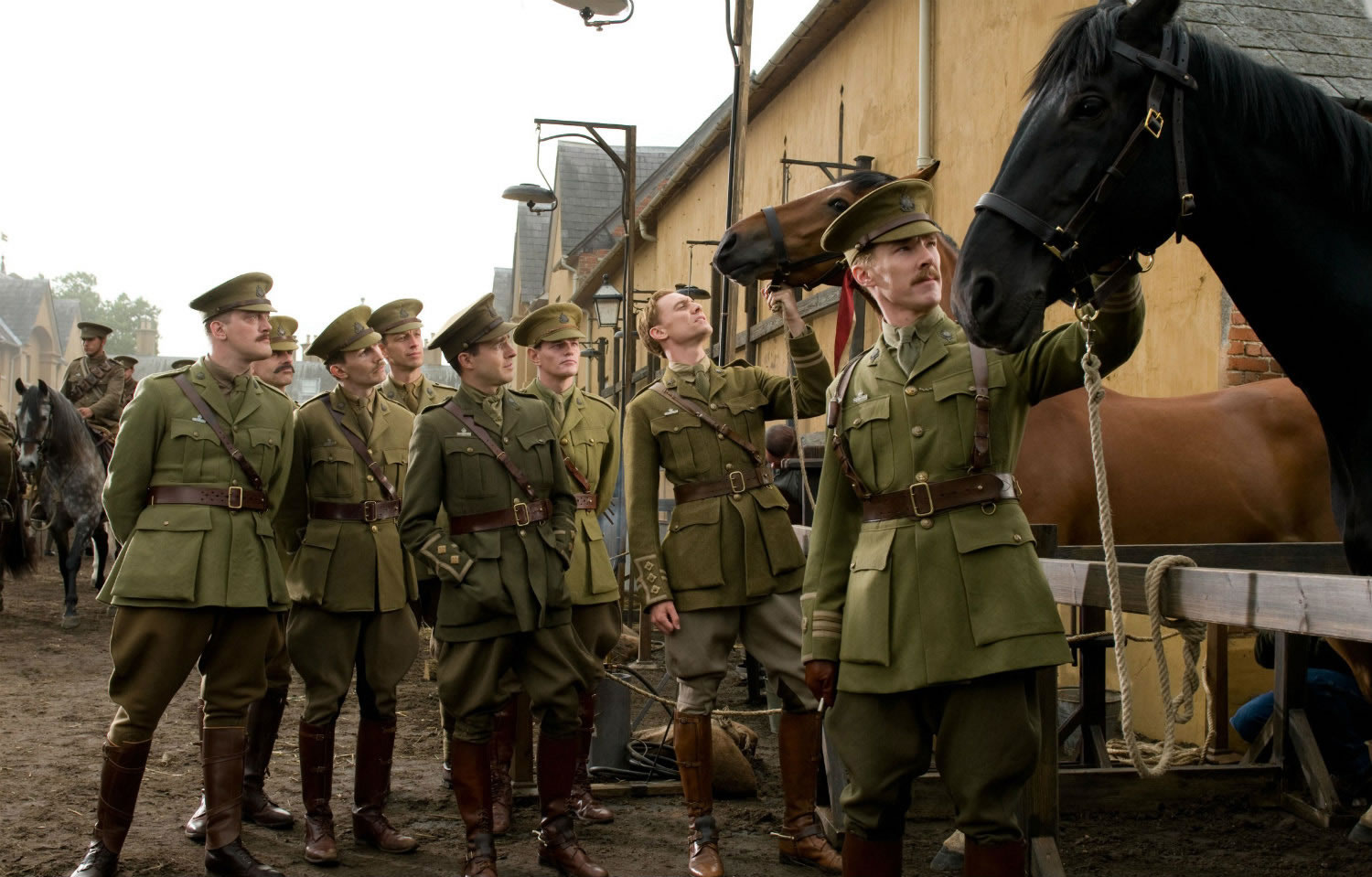 “War Horse” is based upon the 1982 novel by Michael Morpurgo.

“War Horse” is a typically heartfelt Spielbergian film and its mixture of comedy and pathos clearly inspired by the great John Ford. I agree with the late Roger Ebert, “War Horse” is magnificent and features some of the finest moments in any Spielberg movie. The horse’s mad dash across no man’s land and the doomed cavalry charge toward heavy artillery being two of them. 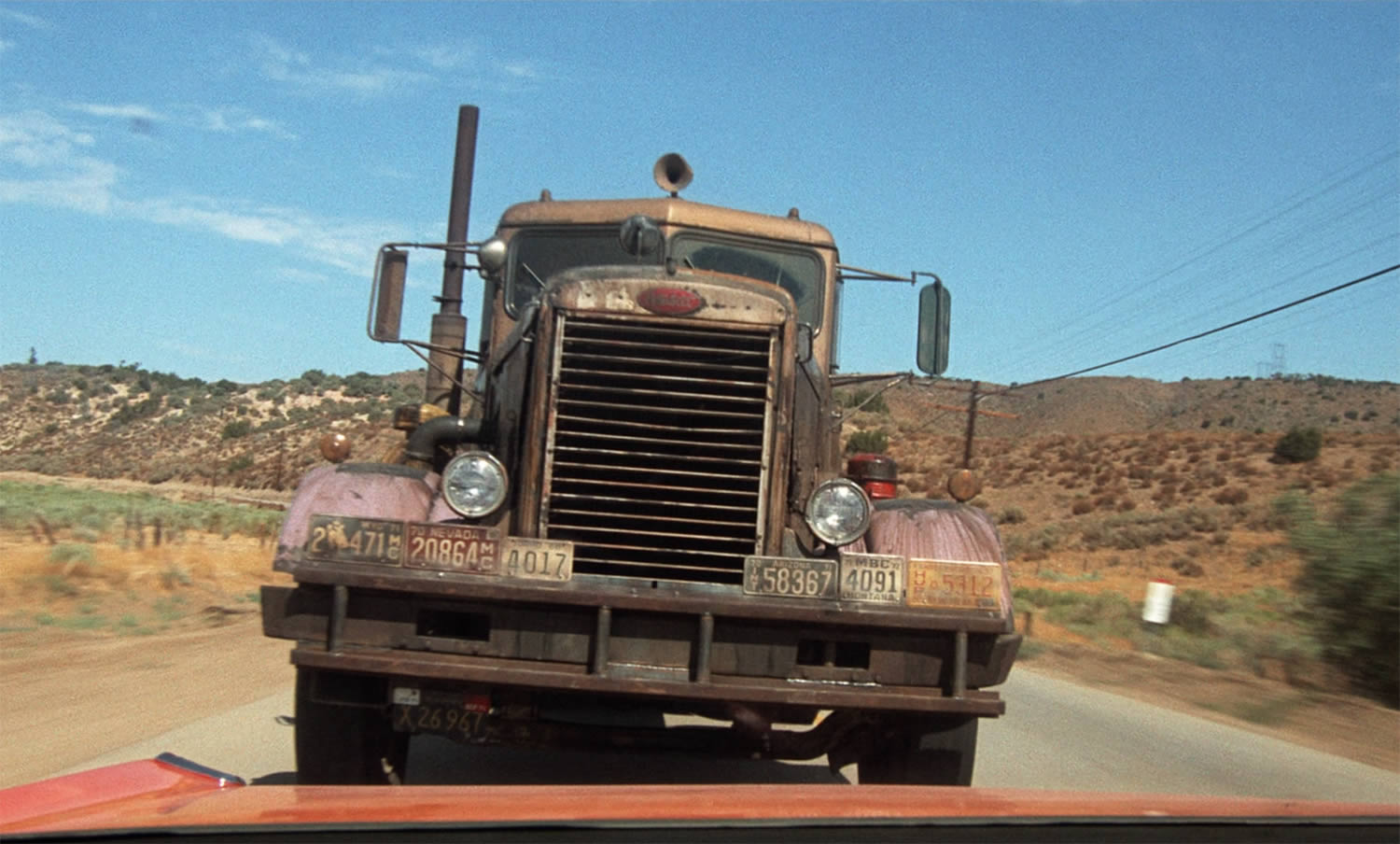 Spielberg’s break-out film is about an ordinary man terrorized by psycho truck driver.

Made for US television but released theatrically in Europe, ‚ÄúDuel‚Äù is the one that got Spielberg noticed and helped launch him into the industry proper. Based on a short story by renowned author, Richard Matheson, ‚ÄúDuel‚Äù is very impressive in its use of lingering suspense and nail-biting tension. The film provides an important lesson in driving etiquette (don‚Äôt overtake tanker trucks driven by madmen!) and can be read as a proto-slasher flick. 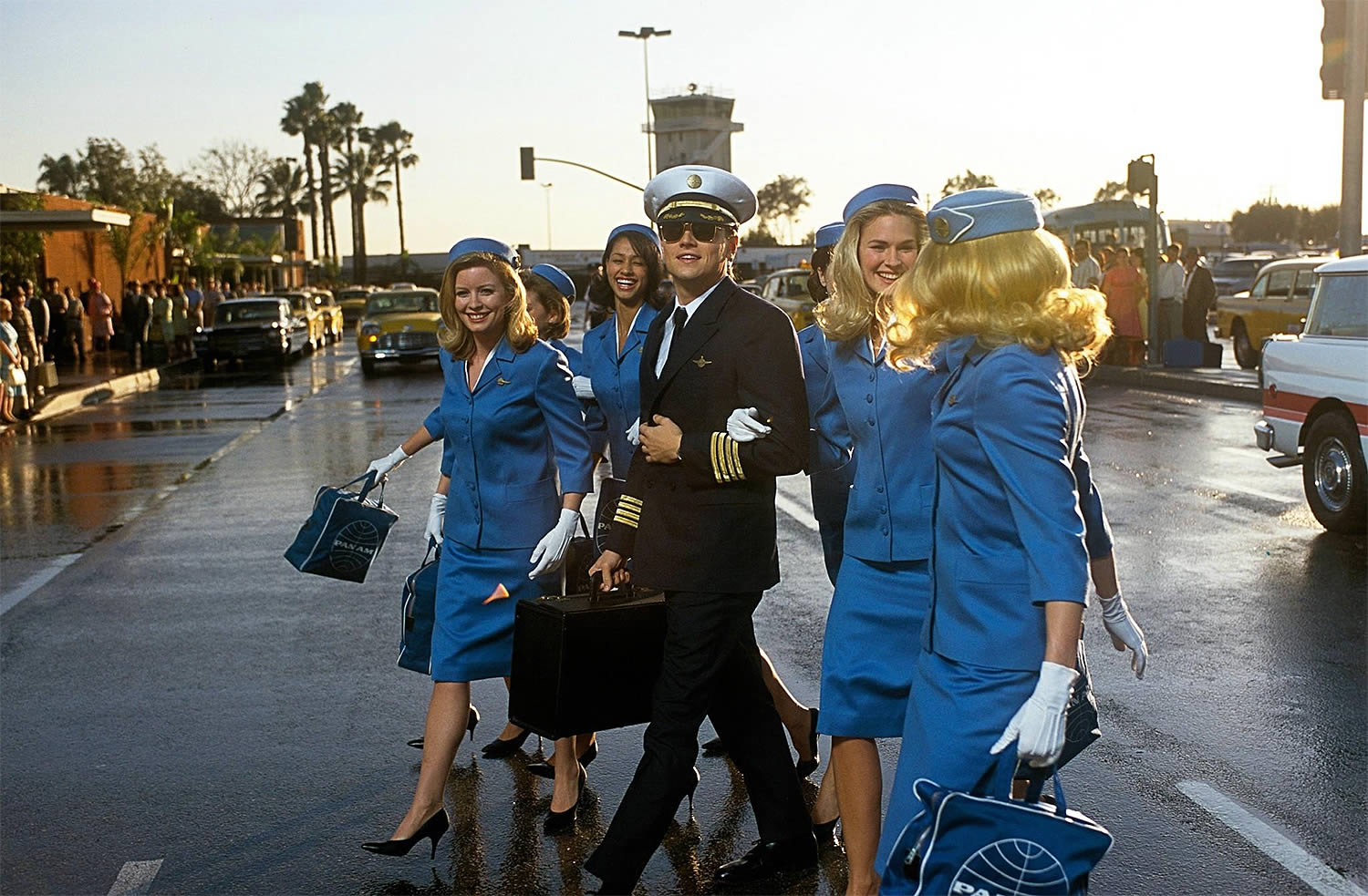 Leonardo DiCaprio as a confidence trickster who ended up working for the FBI.

Catch Me If You Can

There is something a tad subversive at the heart of Spielberg‚Äôs breezy caper: crime sure looks a lot of fun. Tom Hanks is excellent as the annoyed FBI fraud investigator on the tail of cocky and youthful con-artist, Frank Abagnale Jr. (Leonardo DiCaprio). The dazzlingly animated credits sequence, riffing on the iconic work of Saul Bass, sets the tone for a charming and brilliantly made biopic. 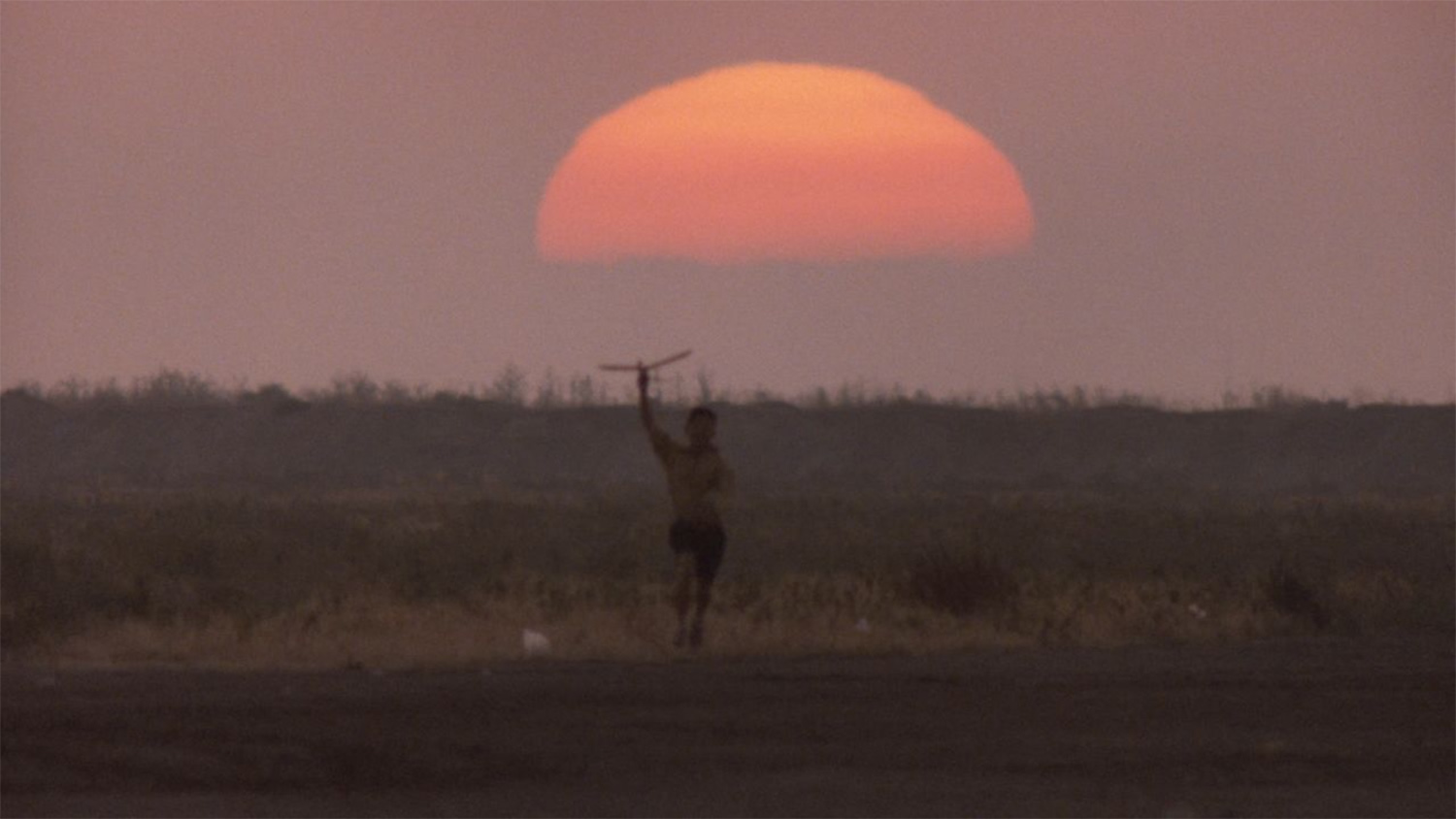 “Empire of the Sun” is based on the semi-autobiographical novel by controversial author, J.G. Ballard.

Empire Of The Sun

Christian Bale is fantastic as the upper-class boy separated from his parents during the WW2 Japanese invasion of Shanghai. Forced to scavenge and live out his days in a prisoner-of-war camp, the lad‚Äôs bravery and enduring humanity sees him through the harshest of times. The film was made at a time when Spielberg briefly turned his back on blockbusters, showcasing a more serious-minded approach to his craft. 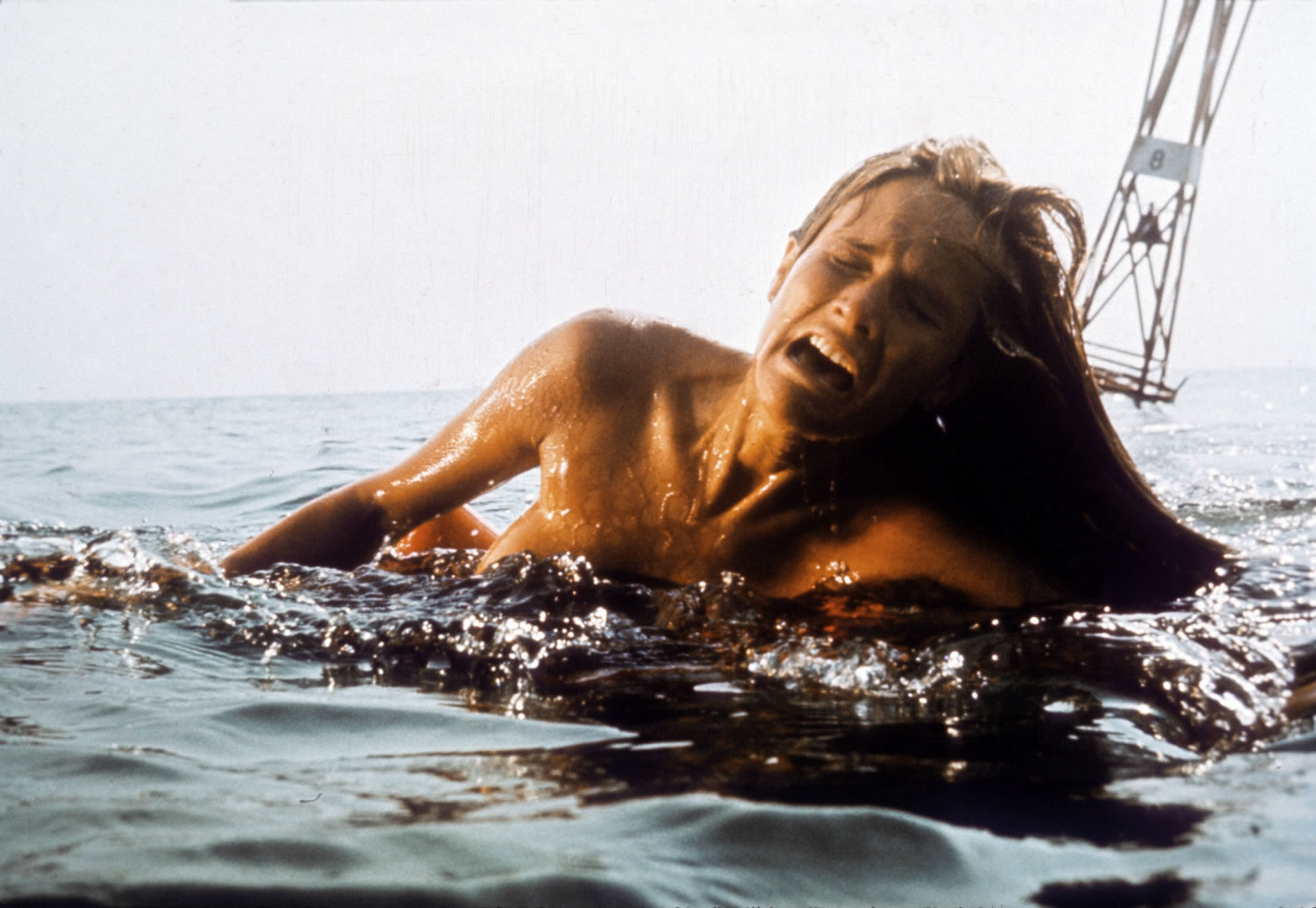 “Jaws” is the reason we have summer blockbuster season every year.

The film that launched the blockbuster era was a tough mother to bring in. Spielberg and his crew went through hell and high water, making ‚ÄúJaws.‚Äù The mechanical great white shark, nicknamed “Bruce,” was a pain in the ass to operate and broke down frequently and the director was convinced his career was over before it had even begun. Luckily, Verna Fields saved the day with her magic editing skills. 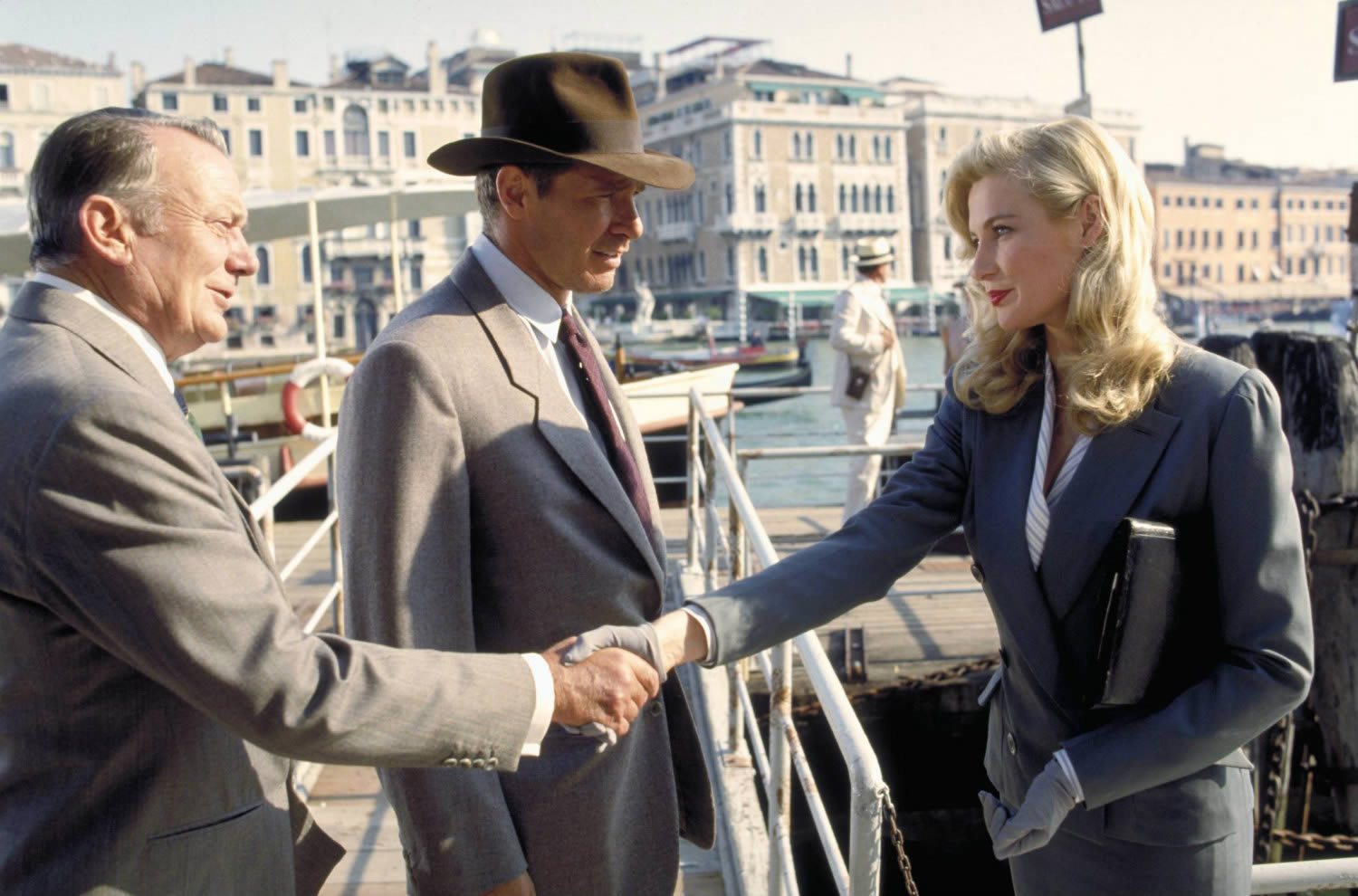 Harrison Ford is tied with Tom Hanks on four films a piece for Steven Spielberg.

Indiana Jones and The Last Crusade

Featuring the best fictional father and son combo ever put on screen, ‚ÄúIndiana Jones and the Last Crusade‚Äù is the greatest entry in the series. Along with the epic adventuring and ace comedy shtick, the film is also terrifically moving as a story about Indy reuniting with his old man; a brilliant but emotionally distant figure. 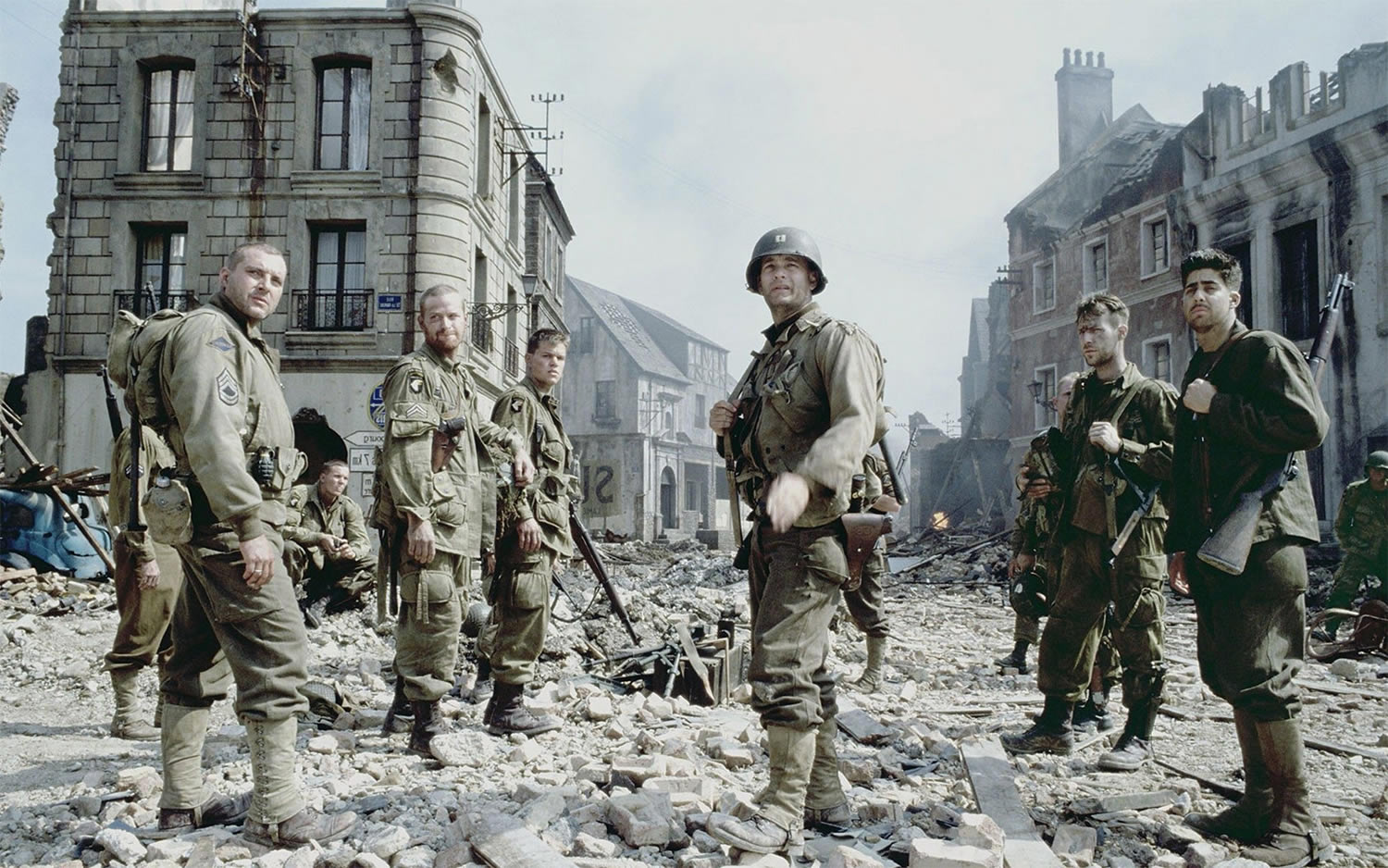 ‚ÄúSaving Private Ryan‚Äù is celebrated for its nerve-shattering combat sequences, but less so for its plot and depiction of heroism. Yet Captain Miller (Tom Hanks) and his men are not one-dimensional heroes: they shoot unarmed combatants, act callously and often show no mercy. The film’s real power is derived from inner conflicts, personal turmoil and the tragic admission that good men must be prepared to act like savage beasts. 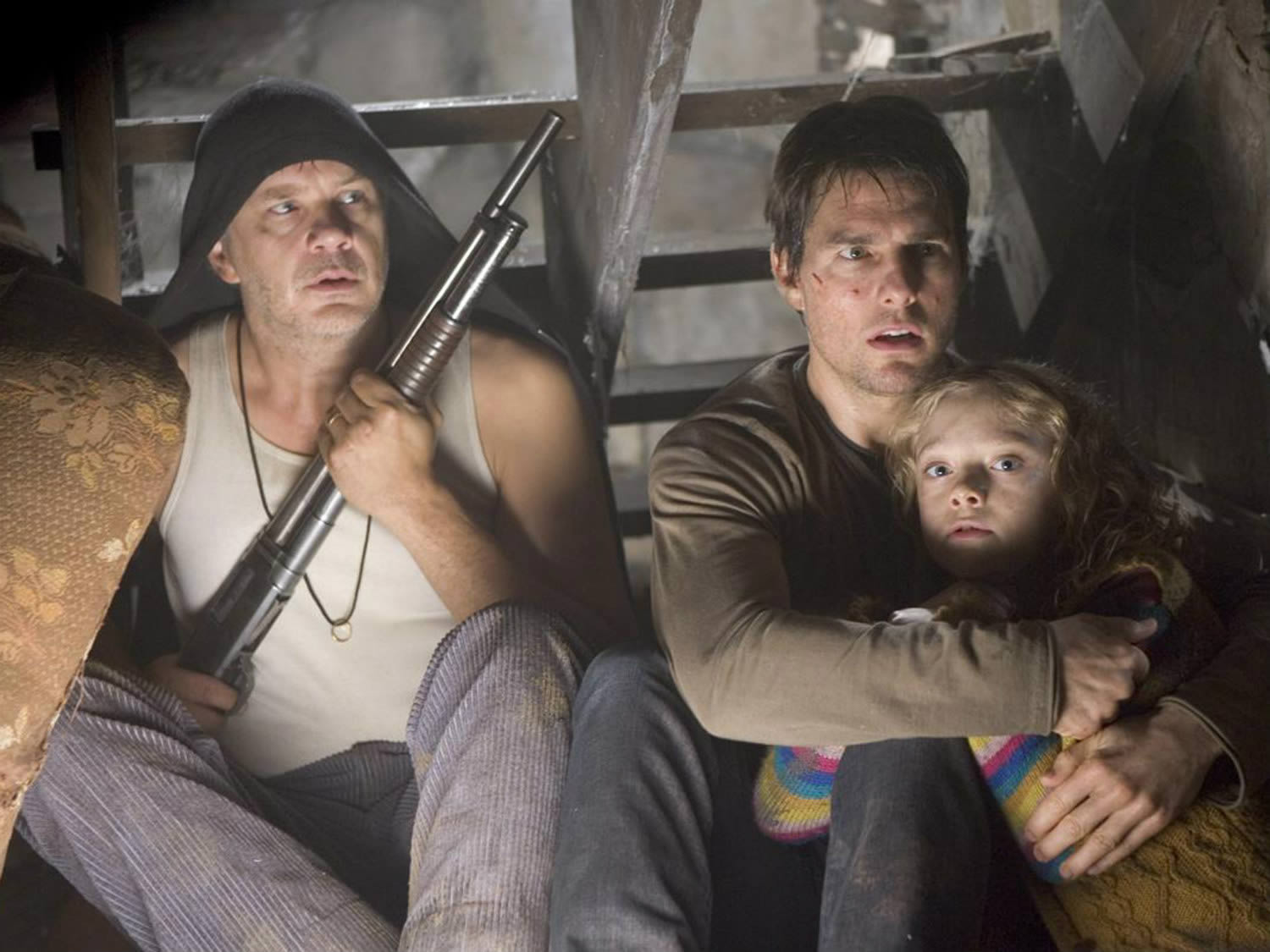 Spielberg’s second collaboration with Tom Cruise produced one of the director’s greatest pictures to date.

War of the Worlds

‚ÄúWar of the Worlds‚Äù is one of the masterpieces of early 21st century cinema. It is a perfect unison of story, blockbuster spectacle and subtext. Tom Cruise is excellent as a NYC dock worker forced to flee with a daughter and son he barely knows. His character arc‚Äîfrom man-child to hero figure‚Äîensured the emotional core of the film is never lost amidst the epic destruction and terror. 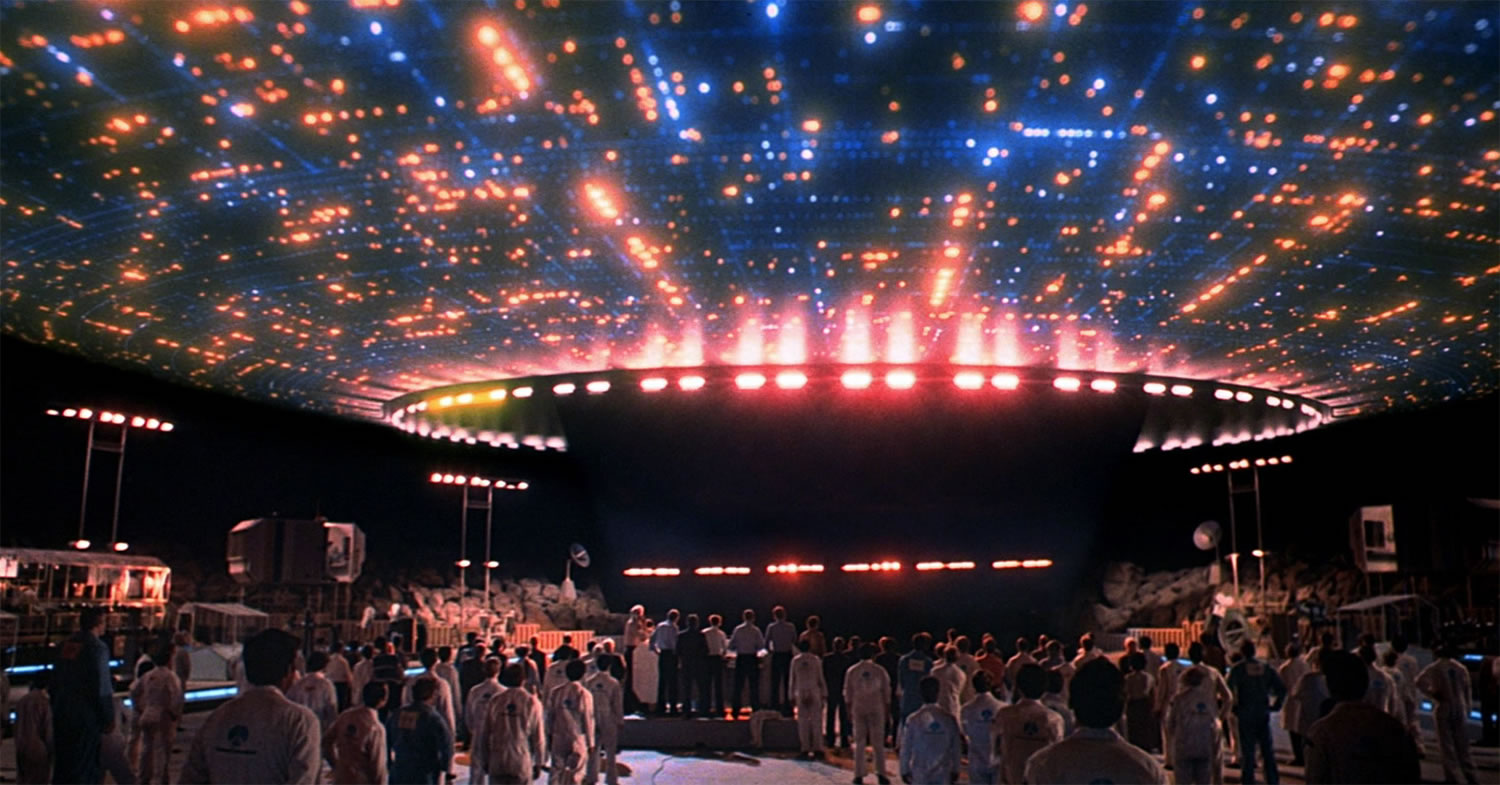 Close Encounters of the Third Kind

‚ÄúClose Encounters of the Third Kind‚Äù is pure movie magic and wonder. It also features one of the most frightening scenes ever seen in a Spielberg movie‚Äîthe little boy‚Äôs abduction by aliens‚Äîand an ending he never would allow today: Roy (Richard Dreyfuss), the lead character, leaving behind his family for a journey beyond the stars, without so much as a goodbye. 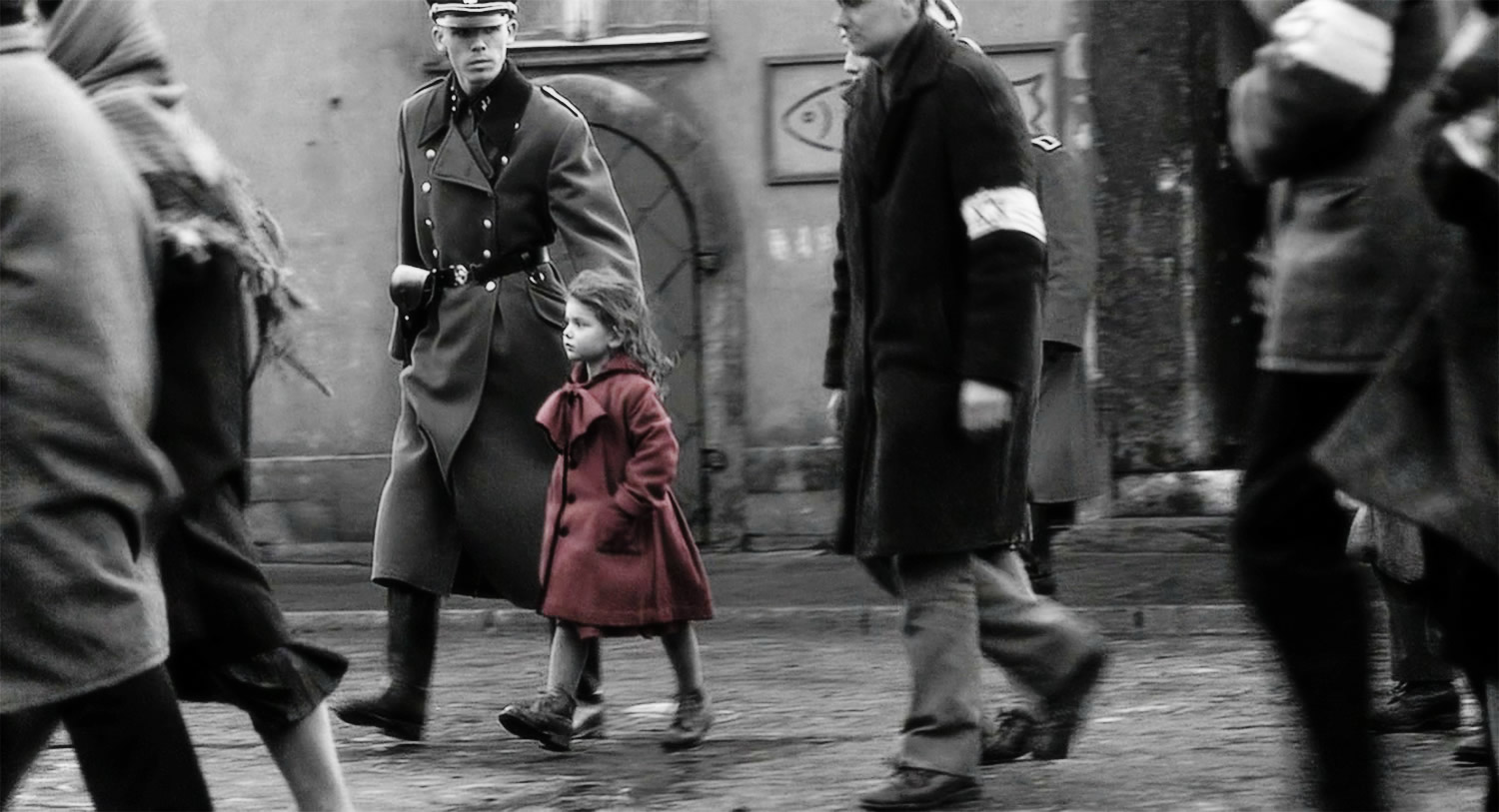 A moment of colour in a black-and-white film: the girl in the red coat during the Krakow ghetto liquidation scene.

Spielberg‚Äôs most important and valuable contribution to the movies is ‚ÄúSchindler‚Äôs List.‚Äù It represents the peak summit of his achievements. Nothing else comes close. Through the remarkable story of businessman and Nazi party member, Oskar Schindler, whose audacity in the face of absolute evil saved over one thousand lives, Spielberg found a way to merge his commercial sensibility with a profound statement about human goodness.