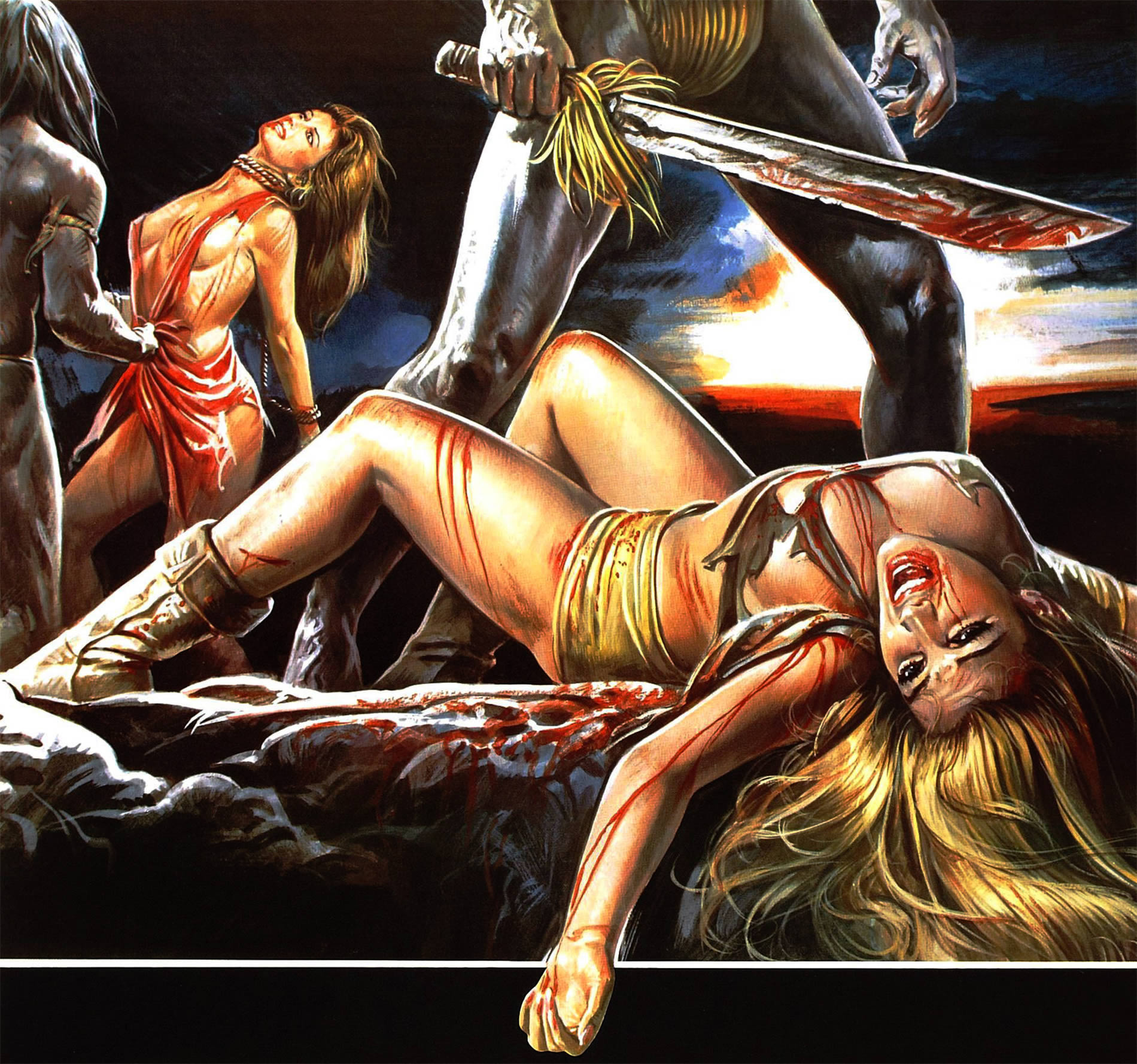 Whispered tales of gore and recounted stories of cannibalism have been with us since human culture began, in a variety of forms. Cinema, however, a more recent-ish medium, has offered servings of butchered flesh in a buffet of bloody movies.

The rise of the cannibal flick coincided, in certain regards, with censorship becoming more lax and directors pushing the envelope due to audienceâ€¦ appetite. George A. Romeroâ€™s “Night of the Living Dead” (1968) was a prime instigator of this branch of horror cinema along with documentary titles such as “Mondo cane” (1962) and, more explicitly, Umberto Lenziâ€™s “The Man from Deep River” (1972).

The subgenre reached a mad climax (of sorts) with Ruggero Deodatoâ€™s 1980 shocker, “Cannibal Holocaust.” The director had kicked off the cycle proper with “The Last Cannibal World” (1977), but “Cannibal Holocaust” remains the last word, if youâ€™ll forgive the pun. It is perhaps the most famous (and most notorious example), and a film that landed the director in a spot of bother with the Italian courts, who tried to charge him with murdering his cast, along with much more understandable animal cruelty allegations.

The one-sheet for “Cannibal Ferox.” Posters of this era and genre of film were typically lurid and violent. 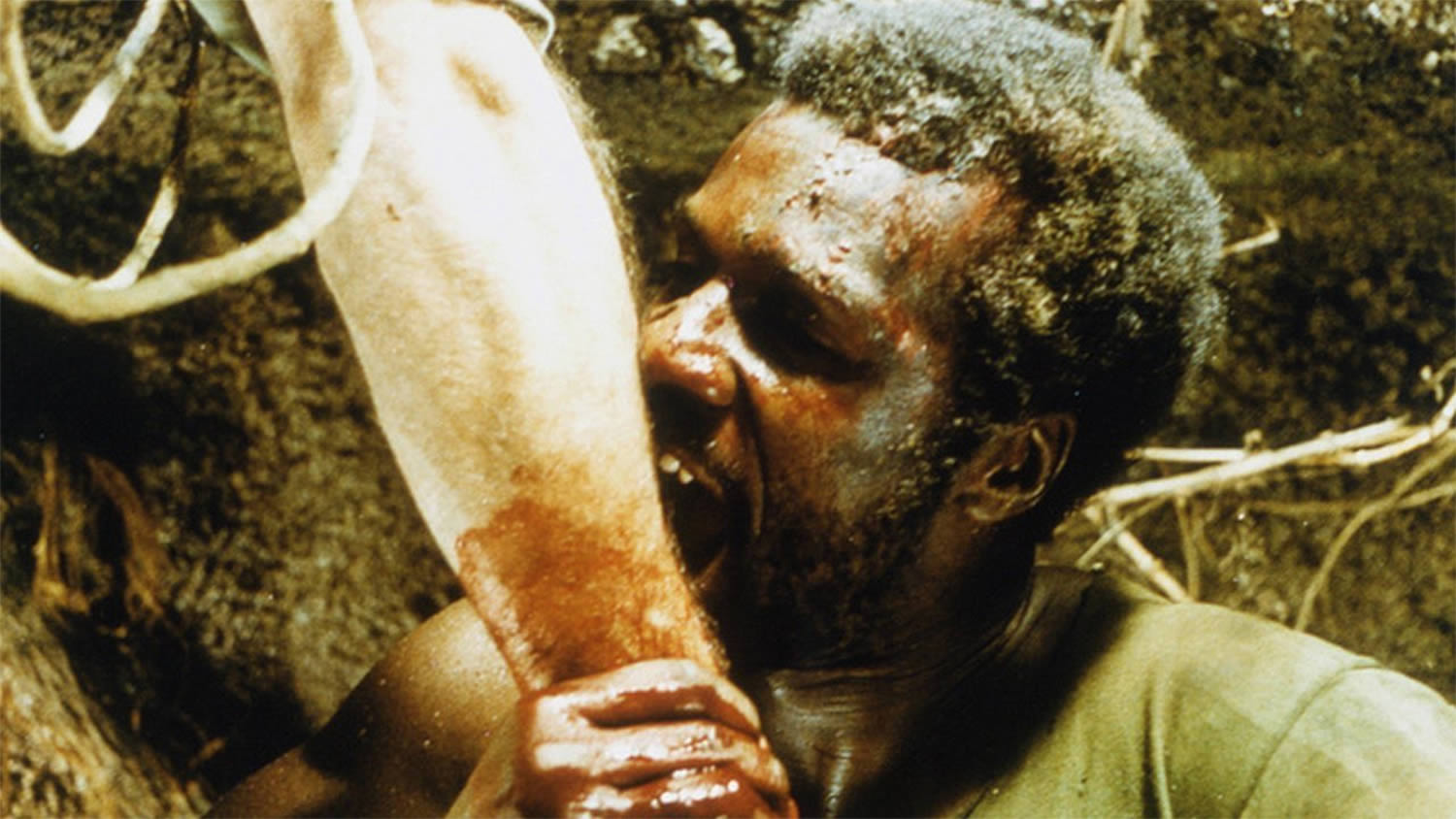 Antonio Margheritiâ€™s take on a notorious subgenre is a cult classic.

Starring cult icons John Saxon and Giovanni Lombardo Radice (a.k.a. John Morghen), Margheritiâ€™s hilarious film sees former soldiers become cannibals and run amok on the streets of Atlanta, Georgia. And the reason for these dudes going loco is? A bite from a fellow G.I., while on tour in Vietnam, leads to an infectious form of cannibalism!

Clearly indebted to the zombie genre, this well-made hokum features gross special-effects and some very silly plot points. Saxon and his Italian co-star whose character has a penchant for whistling Yankee Doodle Dandy and is named Charlie Bukowski, anchor this cheesy slice of Italian exploitation with a sense of gravitas, while director Margheriti does a lot with very little. Quentin Tarantino is a big fan of the movie, too.

Apparently, John Saxon has never even seen “Cannibal Apocalypse” and was aghast when he learned the story, having arrived on set and having already signed the contract. 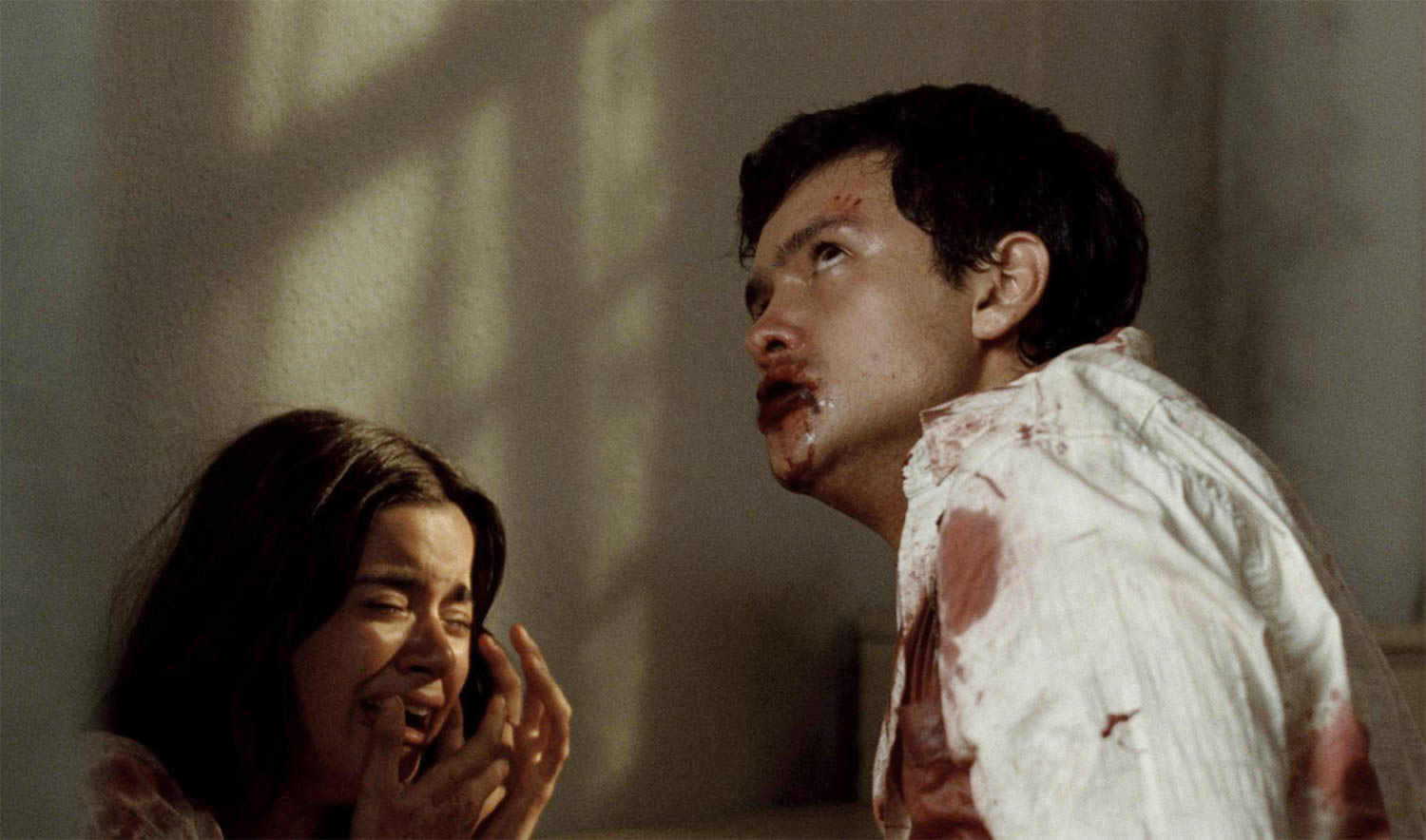 We Are What We Are

Jorge Michel Grauâ€™s Mexican drama, “We Are What We Are,” proved such a favourite among fans and other filmmakersâ€”it has been remade by “Stake Land” helmer Jim Mickle. The US-language version is a different beast altogether. It bears little semblance to Grauâ€™s movie with only a basic narrative thread: a family of cannibals are forced to reassess their situation when a parent/meat provider dies. Both films have their virtues and showcase the notion that not all remakes have to suck. Grauâ€™s film, however, has more socio-political subtext making itâ€¦ meatier. 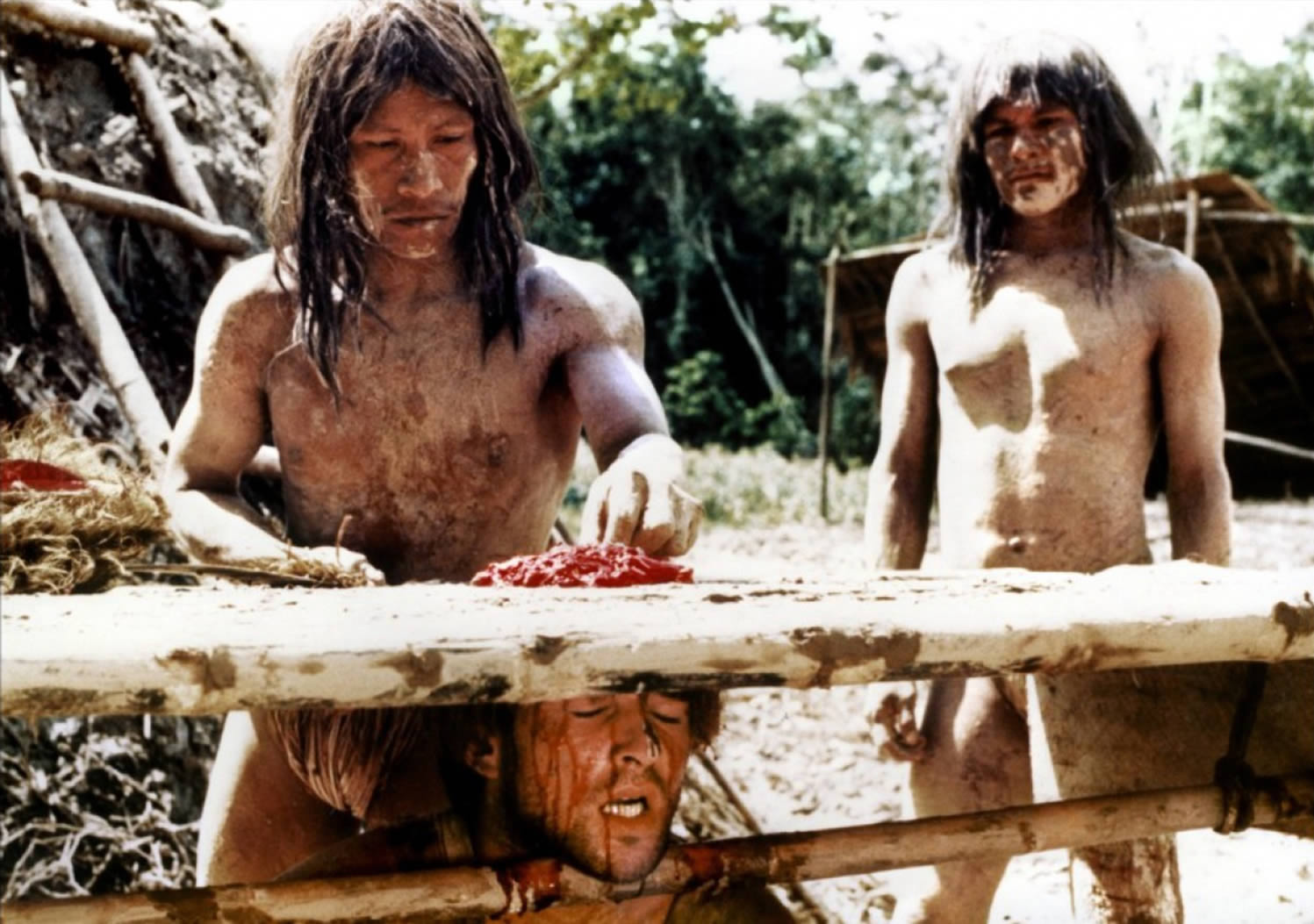 Umberto Lenzi returned to the subgenre he helped create in a film that again sees another noted appearance by Giovanni Lombardo Radice. He plays Mike (dubbed “Naughty Mike” by the actor in his hilarious audio commentary), a drug smuggler, who, along with a couple of reporters, wreak havoc in the jungle. The film was shot like “Cannibal Holocaust” in the border town of Leticia, Colombia.

Lenziâ€™s movie is utterly nasty, features animal torture and killing and other horrid imagery, including the dubiously iconic shot of a woman hung by hooks from her breasts. “Naughty” Mike ends up being castrated before having the top of his head sliced open whereupon the cannibals feast on the goo inside. The movie is worth seeing with Radiceâ€™s audio commentary track as an accompaniment. The actor can barely contain his disgust at having been part of something so wretched and mean-spirited. “Cannibal Ferox” was banned in the UK under the Obscene Publications Act. 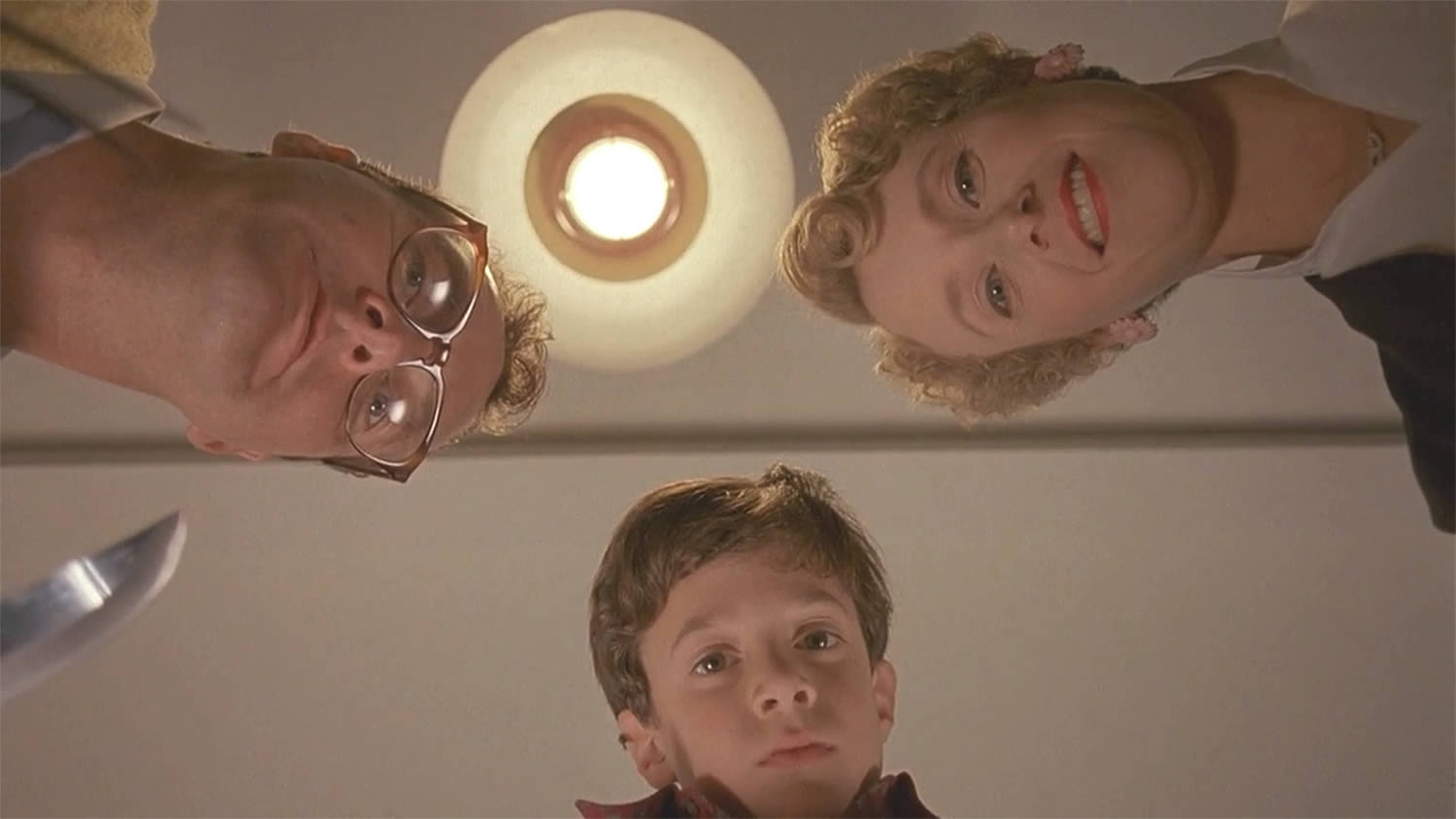 Bob Balaban is mostly known as a fine character actor, but in 1989 he directed “Parents,” a suburban satire about a young boy who starts to think Ma and Pa might just be cannibals, and the â€śchoice cutsâ€ť they serve every night for dinner might come from illegal sources. A little-seen movie today, it is well worth seeking out. 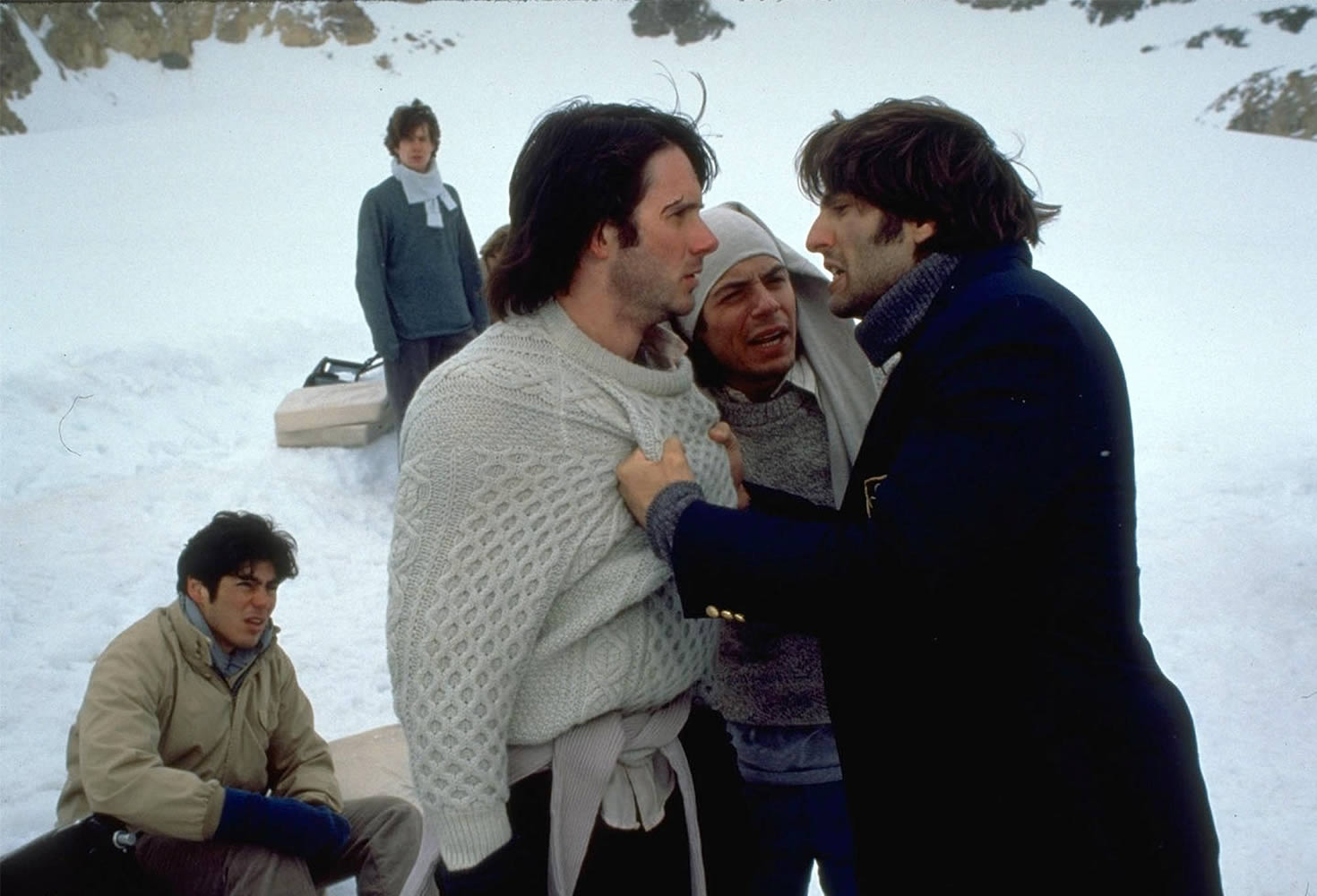 Based on a true story about a rugby team that crashed in the Andes in the 1970s.

Frank Marshallâ€™s real-life tale of endurance and survival is something of a minor classic. (It was the subject of a joke in The Simpsons, too). A rugby team from Uruguay travel back from a game in Chile and crash land in the Andes. Many passengers died and for weeks the survivors starved until they decided to chow down on the corpses of their relatives and friends. To say it was a difficult decision is a huge understatement.

“Alive” benefits from Marshallâ€™s strong direction, its darkly-comic dialogue (â€śHey, I’ll pay for pizza if you go get it,â€ť) and the beautiful mountain vistas that make their situation understandable, at least. Watch out for a young Ethan Hawke as Nando, one of the guys who traipsed out of the mountains to fetch help, aided by strips of human jerky to munch on during the arduous trip.

As with Balabanâ€™s “Parents,” it demonstrates that the cannibal movie itself can be versatile and has more going on than merely grotesque exploitation dramas set in jungles that feature indigenous folk eating obnoxious white people.