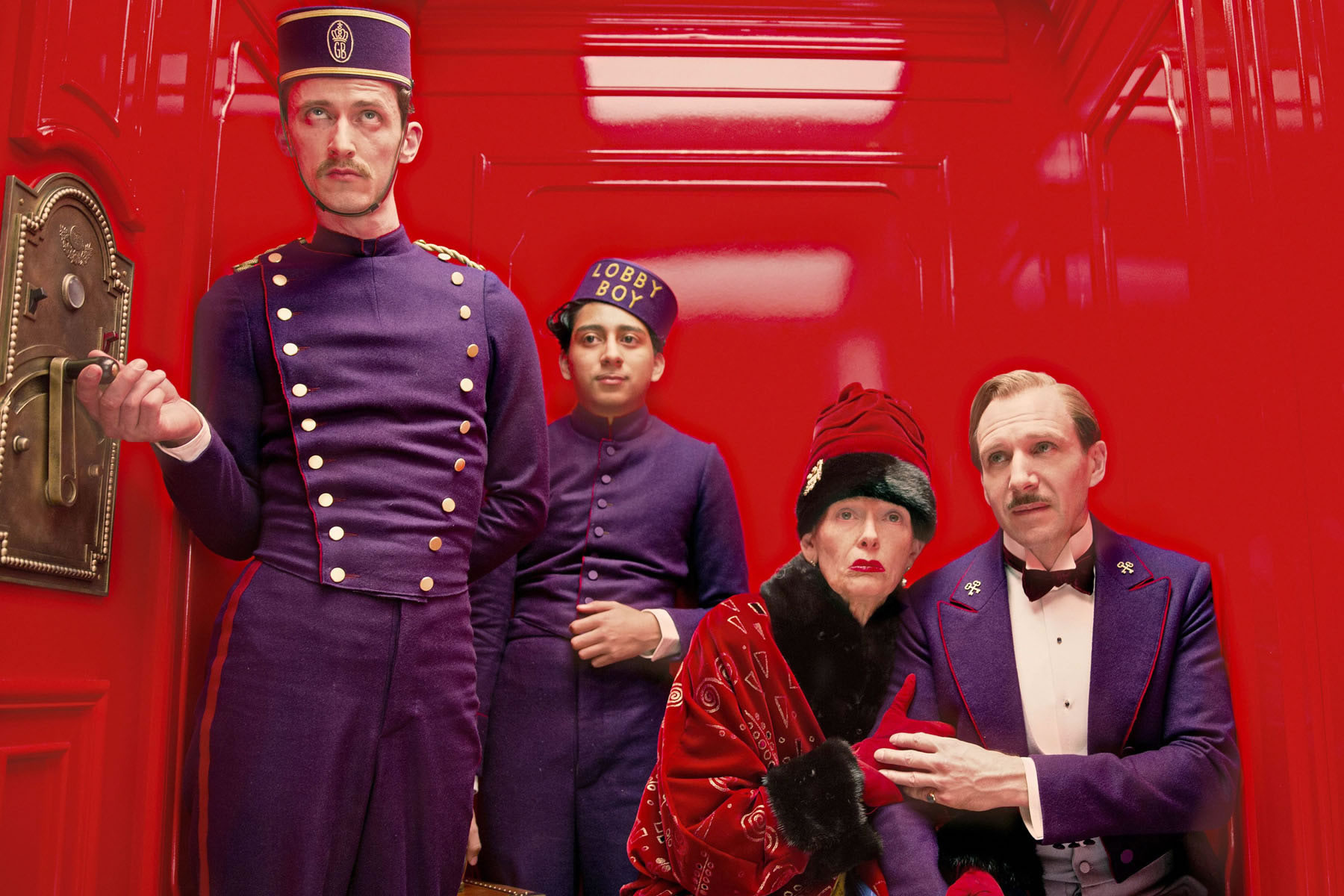 As a film critic I watch lots of movies. Thatâ€™s a pretty obvious statement, right? Of course, most of the year is taken up with new releases, but I spend a good amount of time watching older flicks and the ones that slipped through the net last year. I hate it when that happens!

So, given that weâ€™re now past the mid-point of 2014, hereâ€™s my thoughts on the cinematic landscape so far, and things that have impressed me greatly. The best part of it all? Weâ€™ve got another six months to go with plenty more left to see and experience. 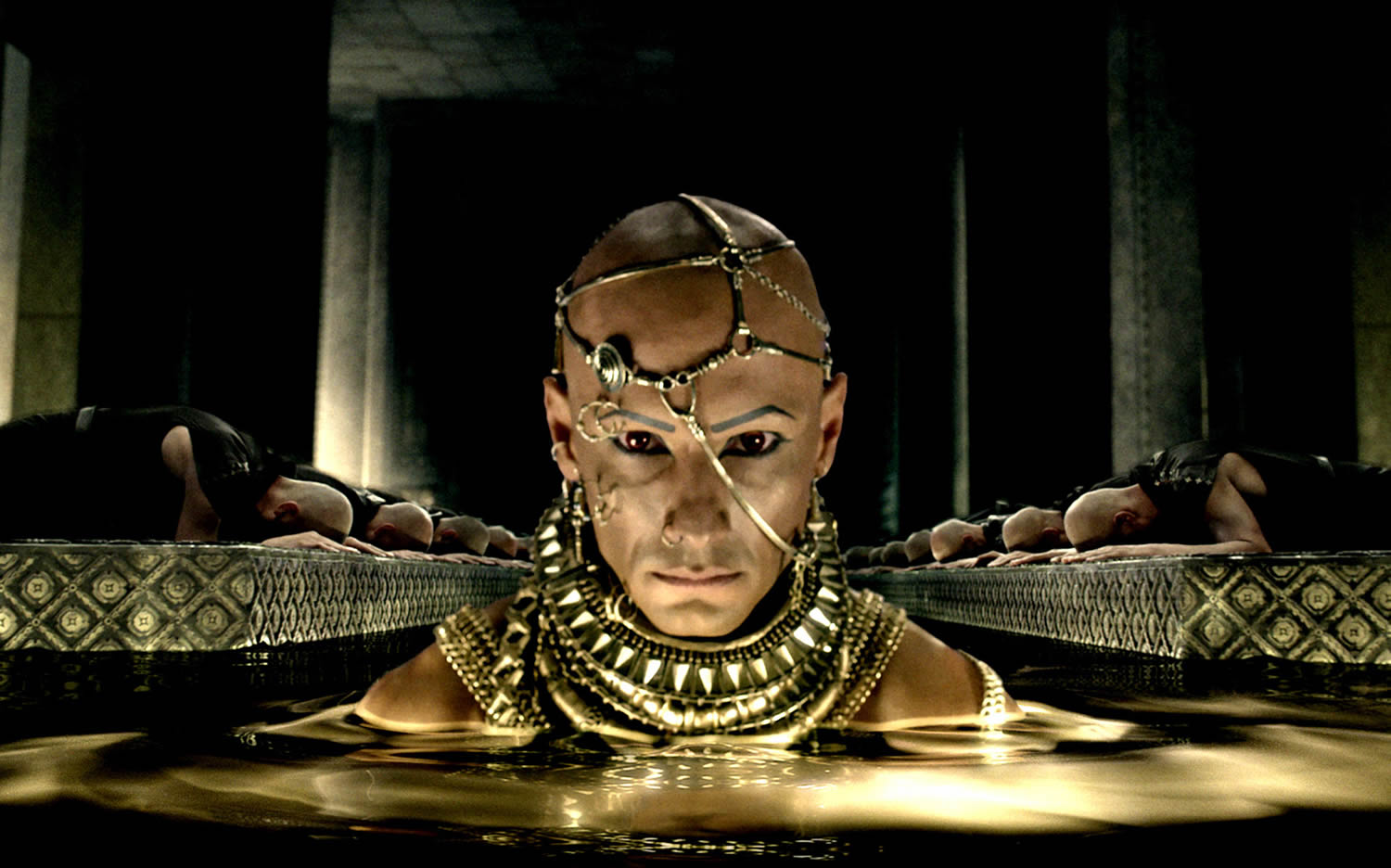 Without a single doubt the worst film released so far in 2014.

The Film I Really Hated:

Did we really need a sequel to â€ś300â€ť? You betcha! Actually, we didnâ€™t, but that hasnâ€™t stopped Hollywood before and it didnâ€™t stop them from making this hideous piece of fascist idiocy. â€ś300: Rise of an Empireâ€ť was not only repellent in its politics and portrayal of female characters, it was also guilty of being terribly dull. 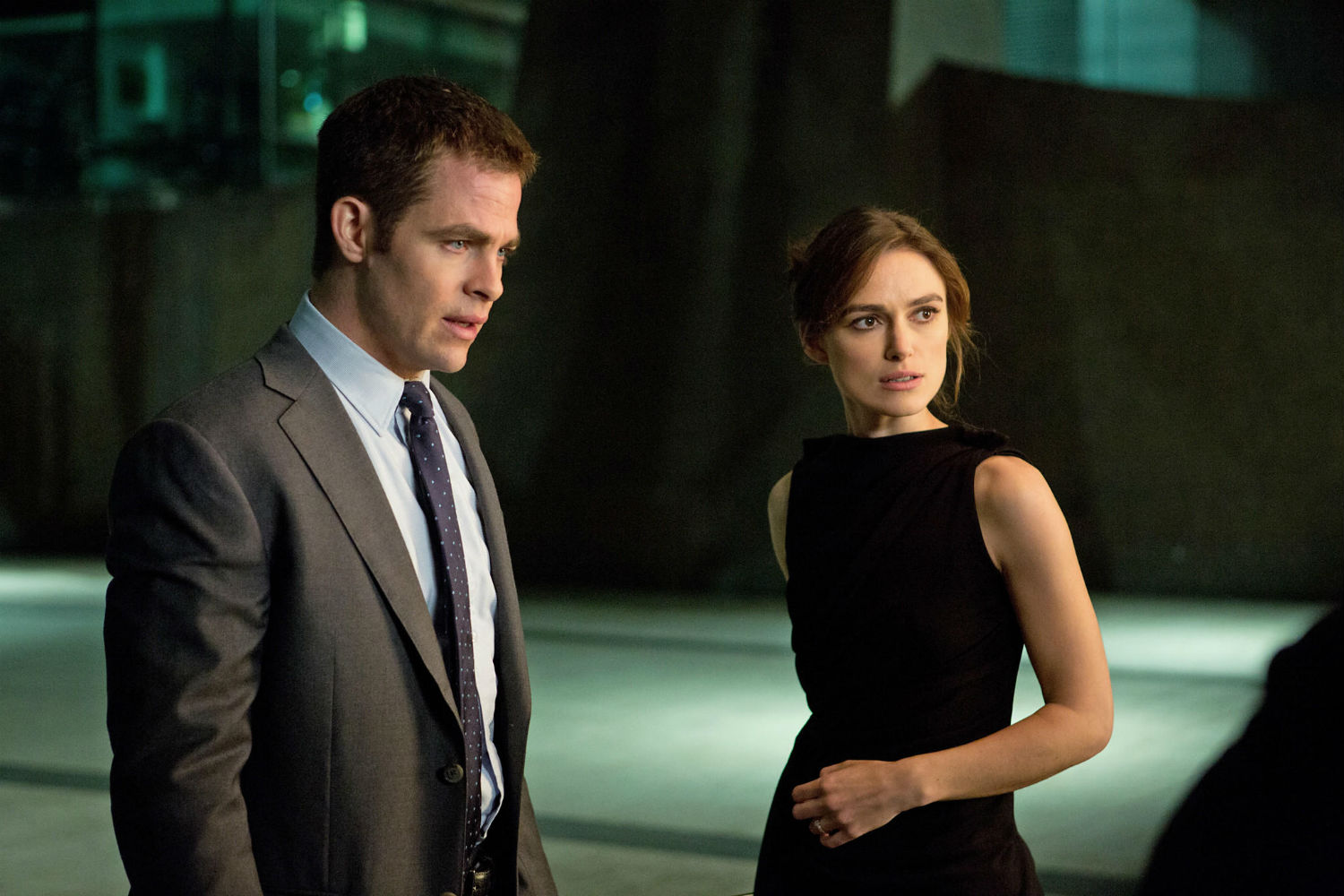 As I explained, Hollywood studios love their remakes, sequels and reboots. But who in the hell was excited for â€śJack Ryan: Shadow Recruitâ€ť? Nobody. The film was headlined by charisma vacuum Chris Pine, and its plot was straight from a Cold War potboiler that should have been left back in the 1980s. Bored now. 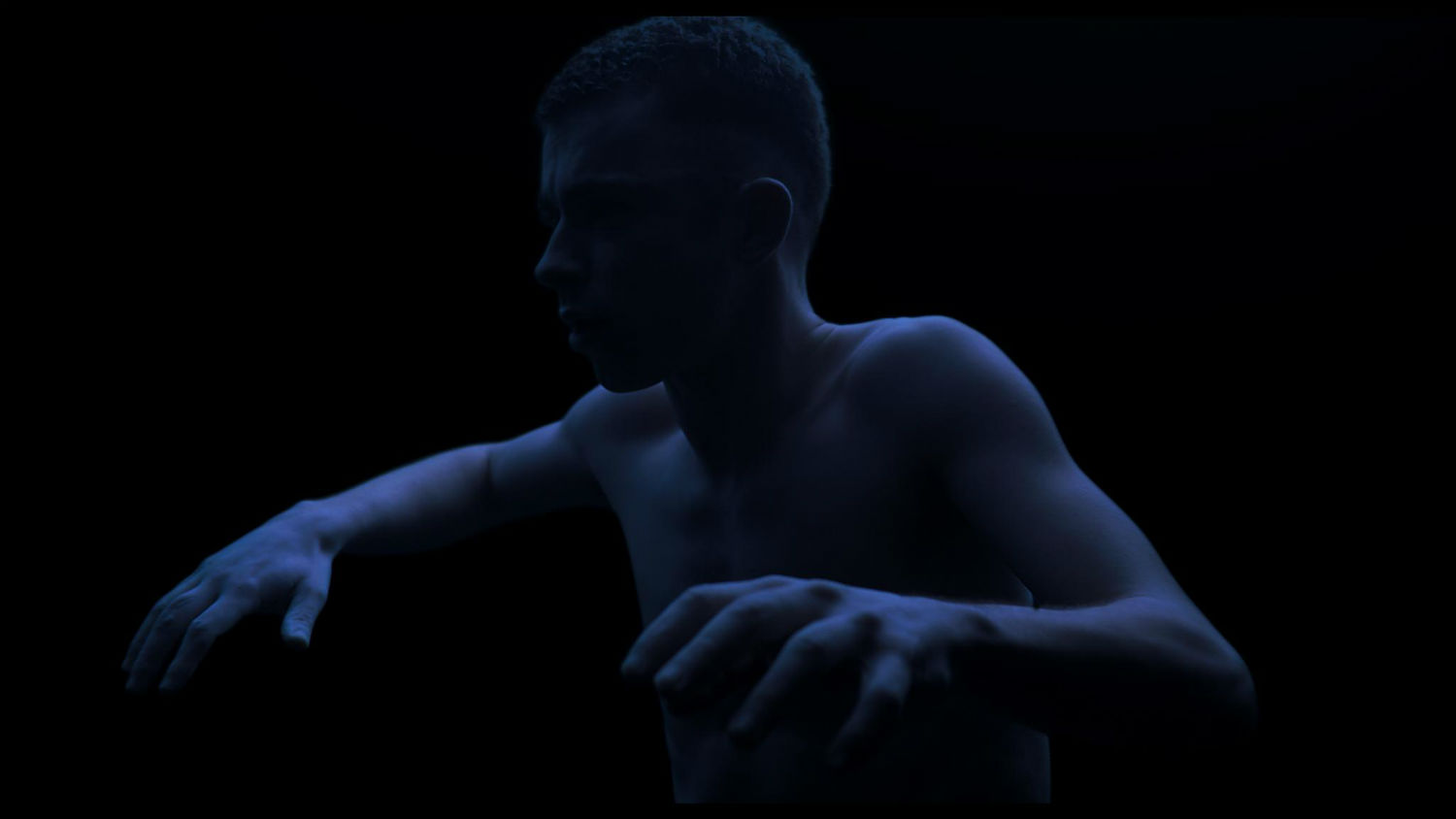 A deconstruction of the movie star system dressed as an arty sci-fi drama.

Iâ€™m going to piss off a lot of folk with the following statement: Jonathan Glazerâ€™s â€śUnder the Skinâ€ť is the most overrated movie of the year so far. Scarlett Johansson stars as an alien roaming Glasgow, Scotland, abducting gullible men so she can eat them. It looks absolutely beautiful, but the self-consciously arty tone does not make it a profound movie experience. 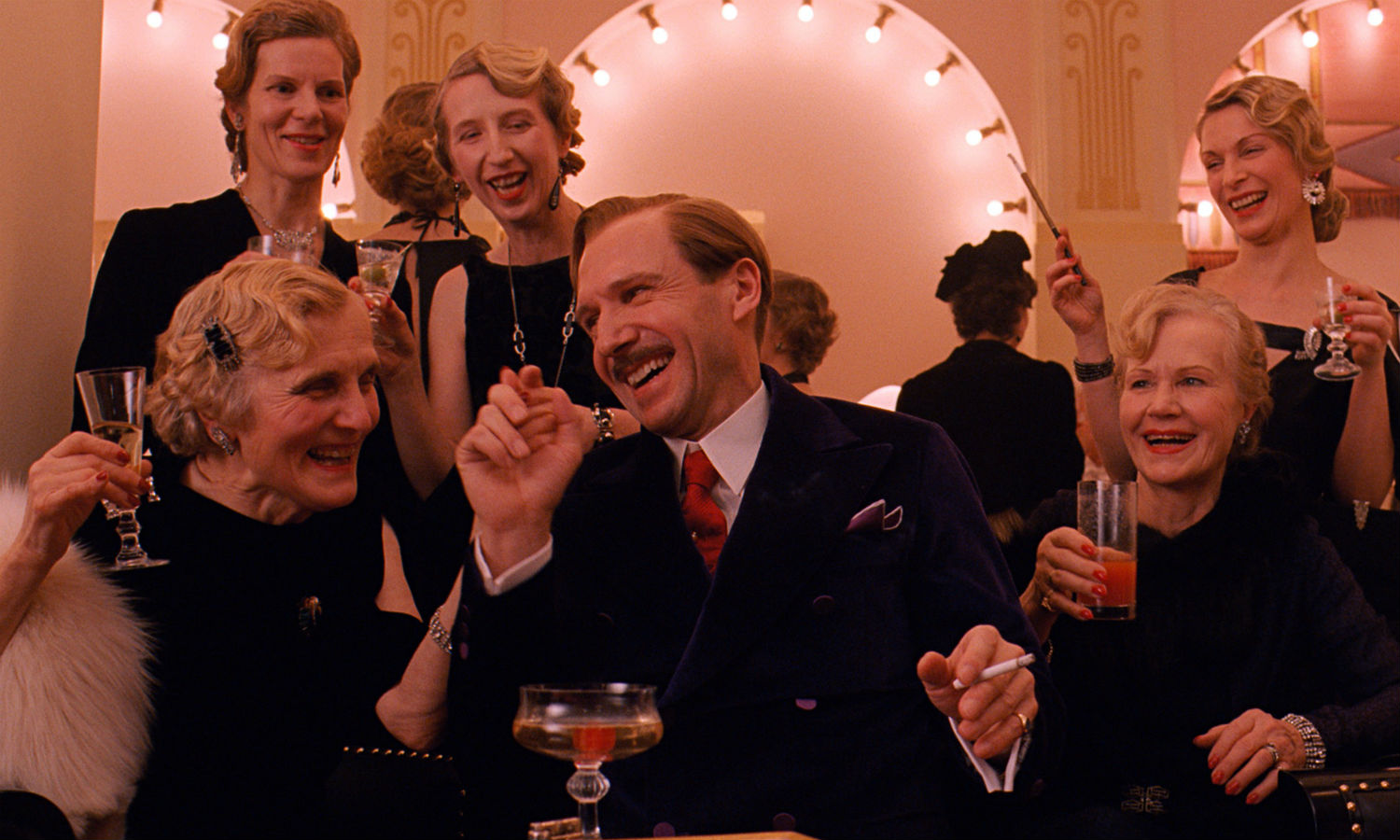 Wes Andersonâ€™s movies are full of memorable dialogue and quirky characters. Ralph Fiennes, however, as M. Gustave, a flamboyant hotel concierge, is a career-high creation. The art-loving main man of â€śThe Grand Budapest Hotelâ€ť is so slick that he has the ability to insult people without them even knowing it. â€śYou wouldnâ€™t know chiaroscuro from chicken giblets,â€ť is the funniest line Iâ€™ve heard in the movies in a very long time. 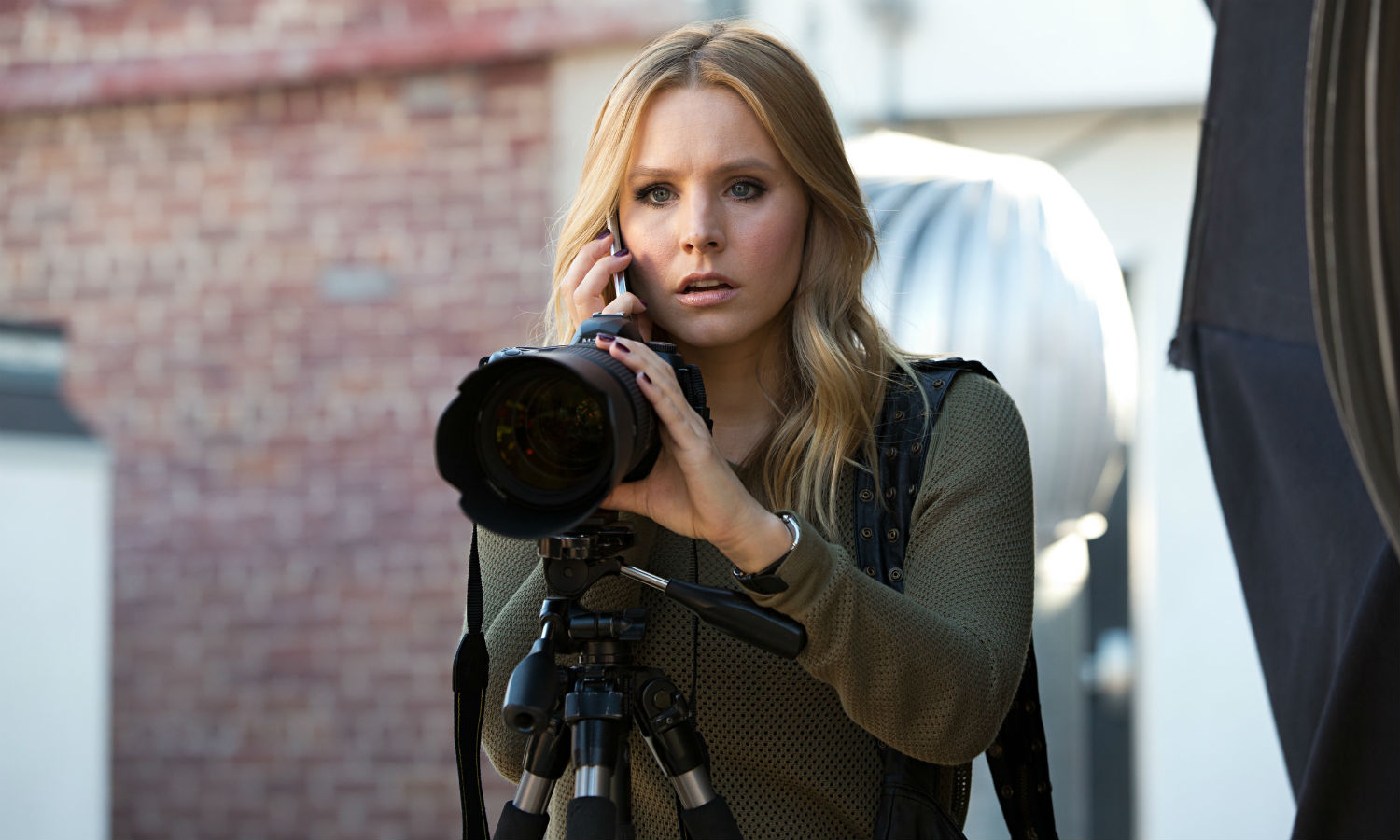 The power of Kickstarter returned the former teen detective to the big screen.

â€śVeronica Marsâ€ť was a cult television show watched by a handful of nerds who became obsessed with Kristen Bellâ€™s super cool teen detective. Of course the television networks cancelled it after three seasons, because theyâ€™re idiots, but creator Rob Thomas turned to Kickstarter and was able to give the fans and Veronica the goodbye that they deserved. 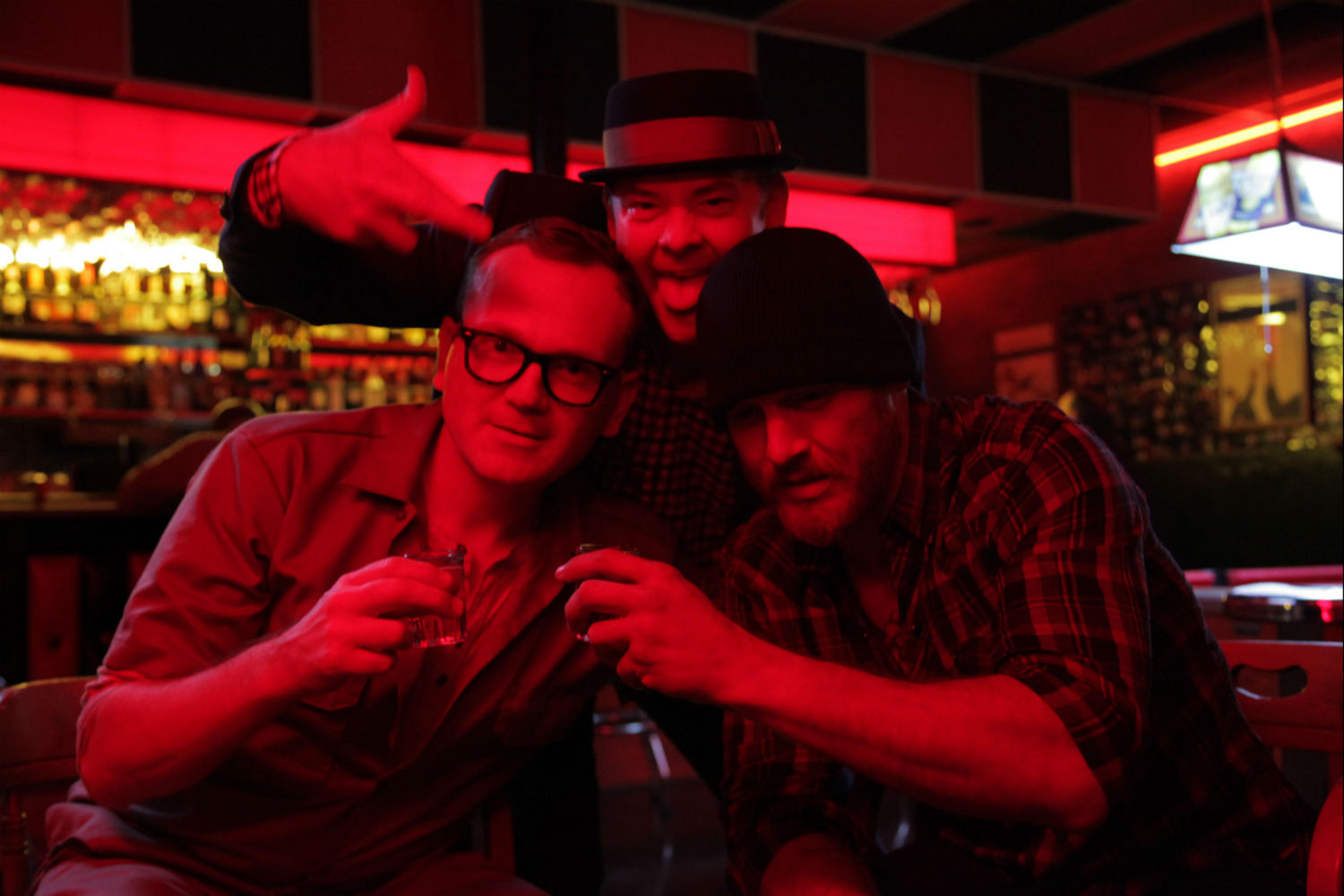 Sometimes you can watch a movie and itâ€™s no great shakes. Itâ€™s always been my policy to give films another chance; a second shot to make an impression (even the ones I hate). E.L. Katzâ€™s â€śCheap Thrillsâ€ť felt like an inferior Michael Haneke clone/wannabe lacking the great auteurâ€™s eye for detail, and just focused on the nastiness. Well, folks, I was dead wrong. 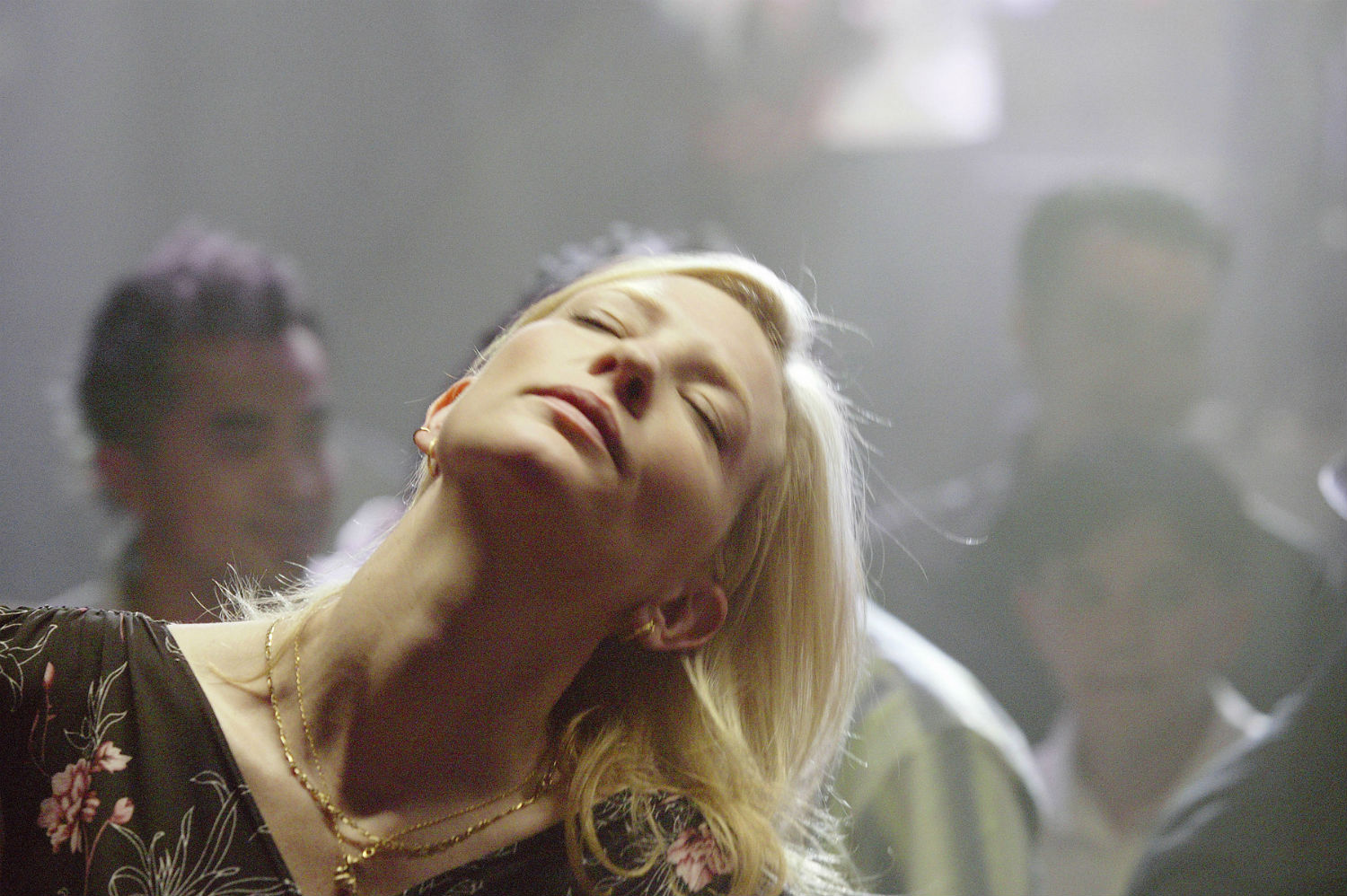 Little Fish is a beautifully directed, written and performed film.

Everybody watches older movies and wonders why they never bothered with it before, right? Made in 2005 Rowan Woodsâ€™ crime drama, â€śLittle Fish,â€ť has the best Cate Blanchett performance youâ€™ve quite possibly never seen before. As a recovering heroin addict struggling to get a new business off the ground, the Oscar-winning actress is an absolute sensation. 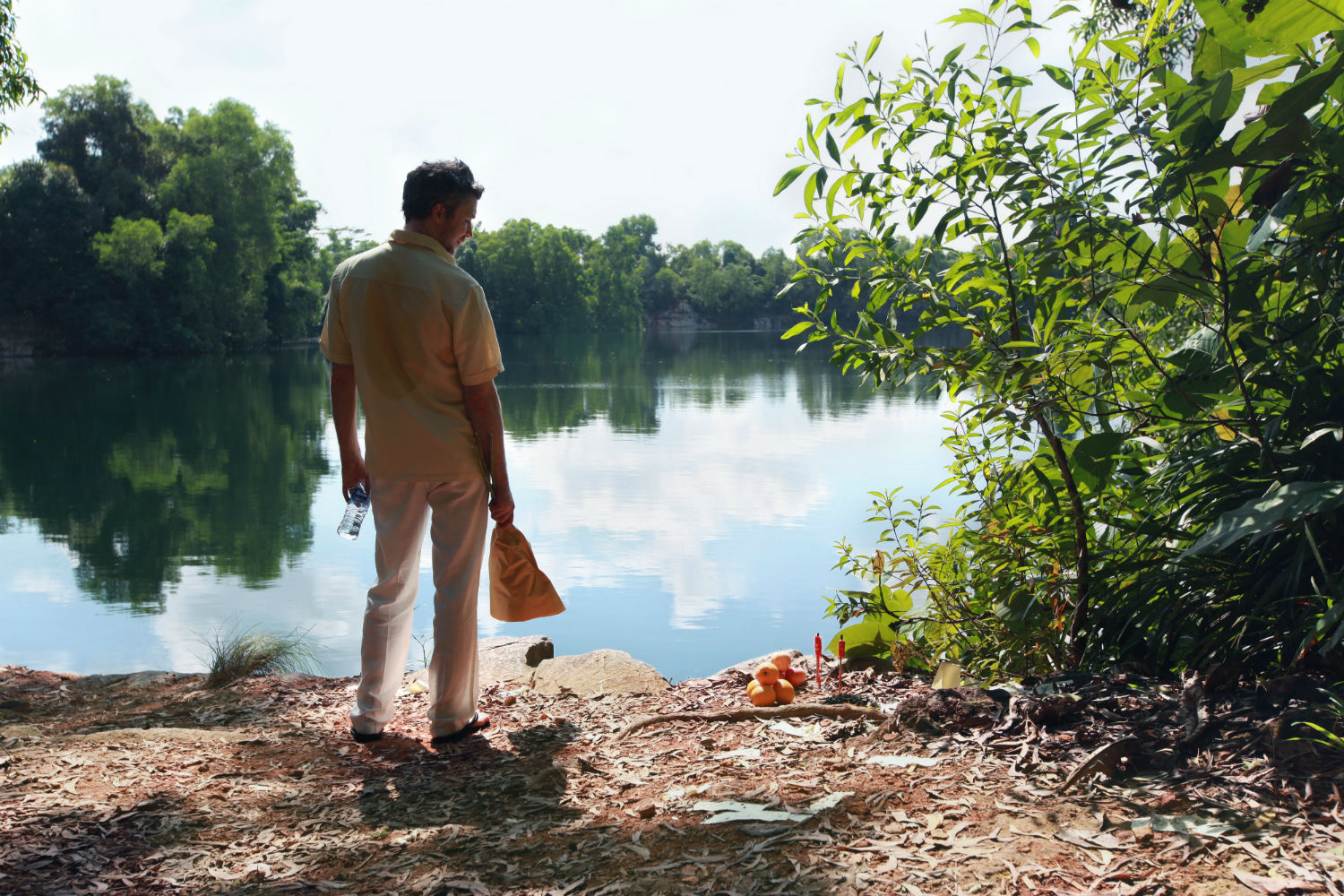 The One I Should Have Loved Last Year:

Aidan Gillen is one of those actors who has never quite hit the big time in the way I think he deserves. He is phenomenal, but something just hasnâ€™t quite worked out. â€śMister Johnâ€ť is the story of a man travelling to the Far East for his brotherâ€™s funeral. How on earth did this one pass me by? Itâ€™s so good. 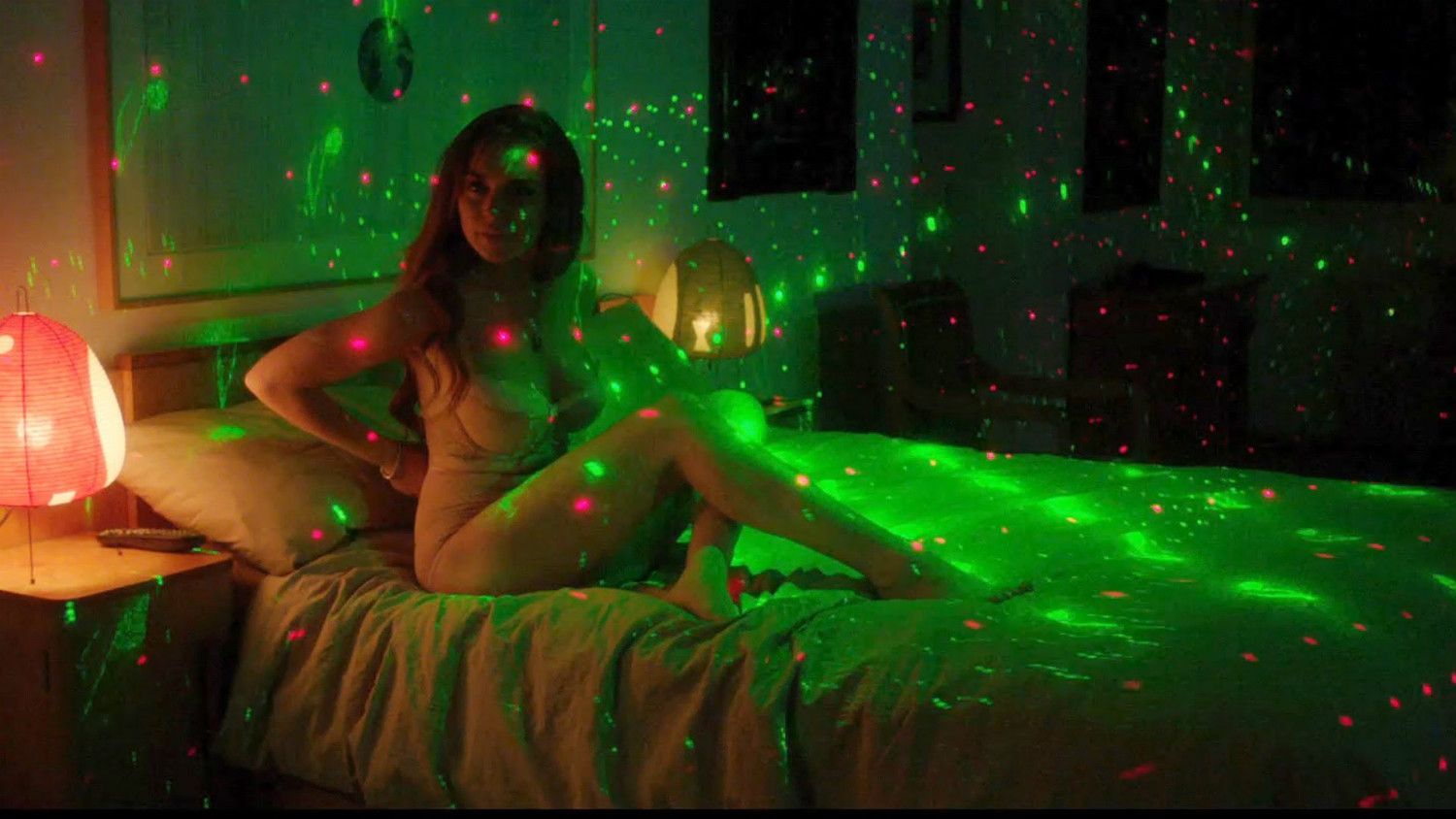 Contrary to popular opinion, “The Canyons” is a fine neo-noir melodrama.

The One I Loved but Everybody Else Hated:

Paul Schraderâ€™s neo-noir melodrama, â€śThe Canyons,â€ť was slated by the critics and played in just one NYC movie house, for like, a whole week. US festivals didnâ€™t want it, either. Common opinion is that â€śThe Canyonsâ€ť is dreadful. But guess what? It isnâ€™t! A rich and rewarding work, if you can stop being a snob for five minutes, give Schraderâ€™s movie a proper chance. Do it! 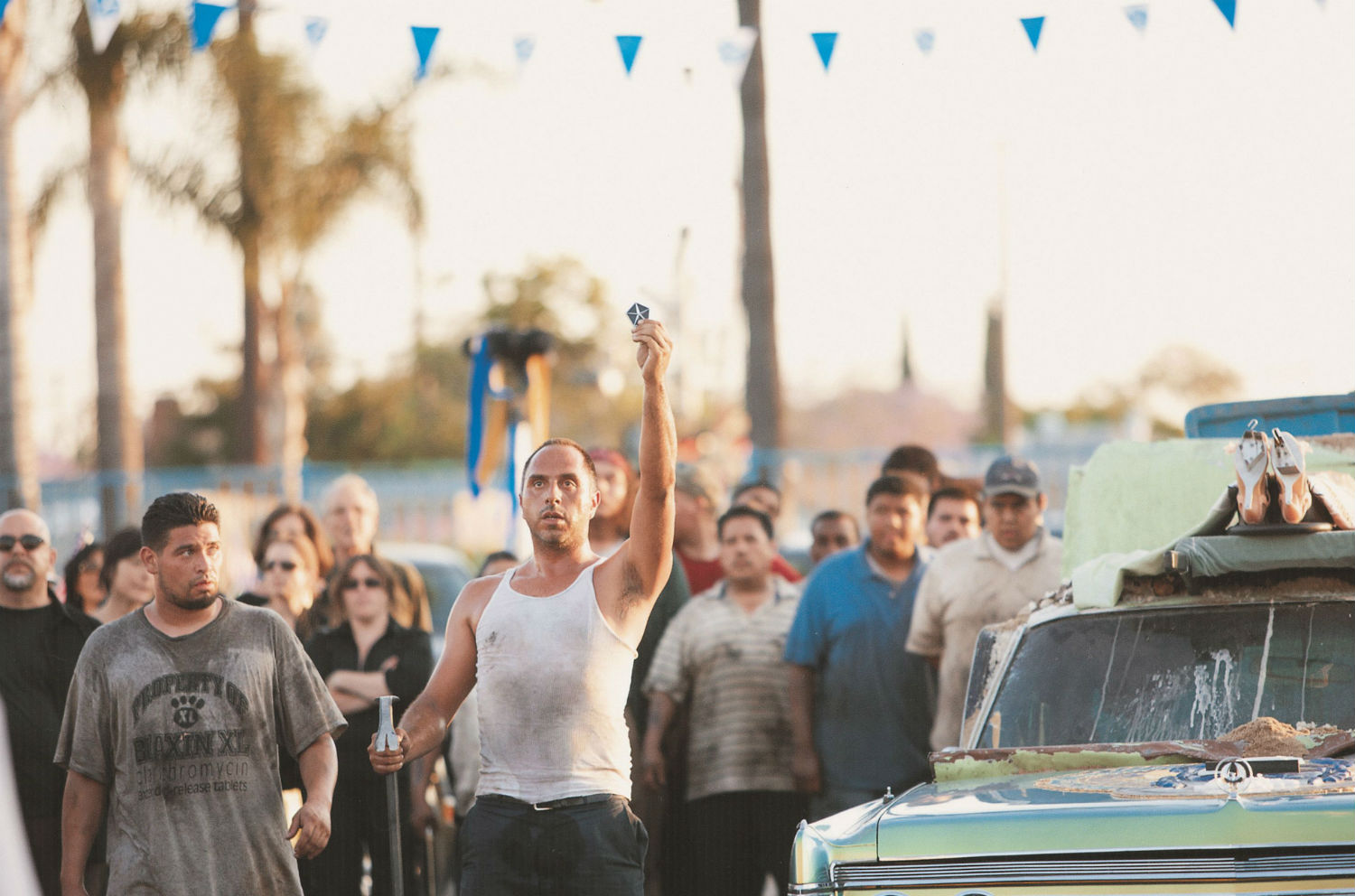 Event of the Year:

Matthew Barney is famous for two things: dating BjĂ¶rk and making epic art movies. â€śRiver of Fundamentâ€ť is a six-hours-long fantasy saga exploring themes of death and resurrection. Based loosely on the novel â€śAncient Evenings,â€ť by author Norman Mailer, itâ€™s unlike anything Iâ€™ve ever seen in my life. It was a truly incredible night at the movies.