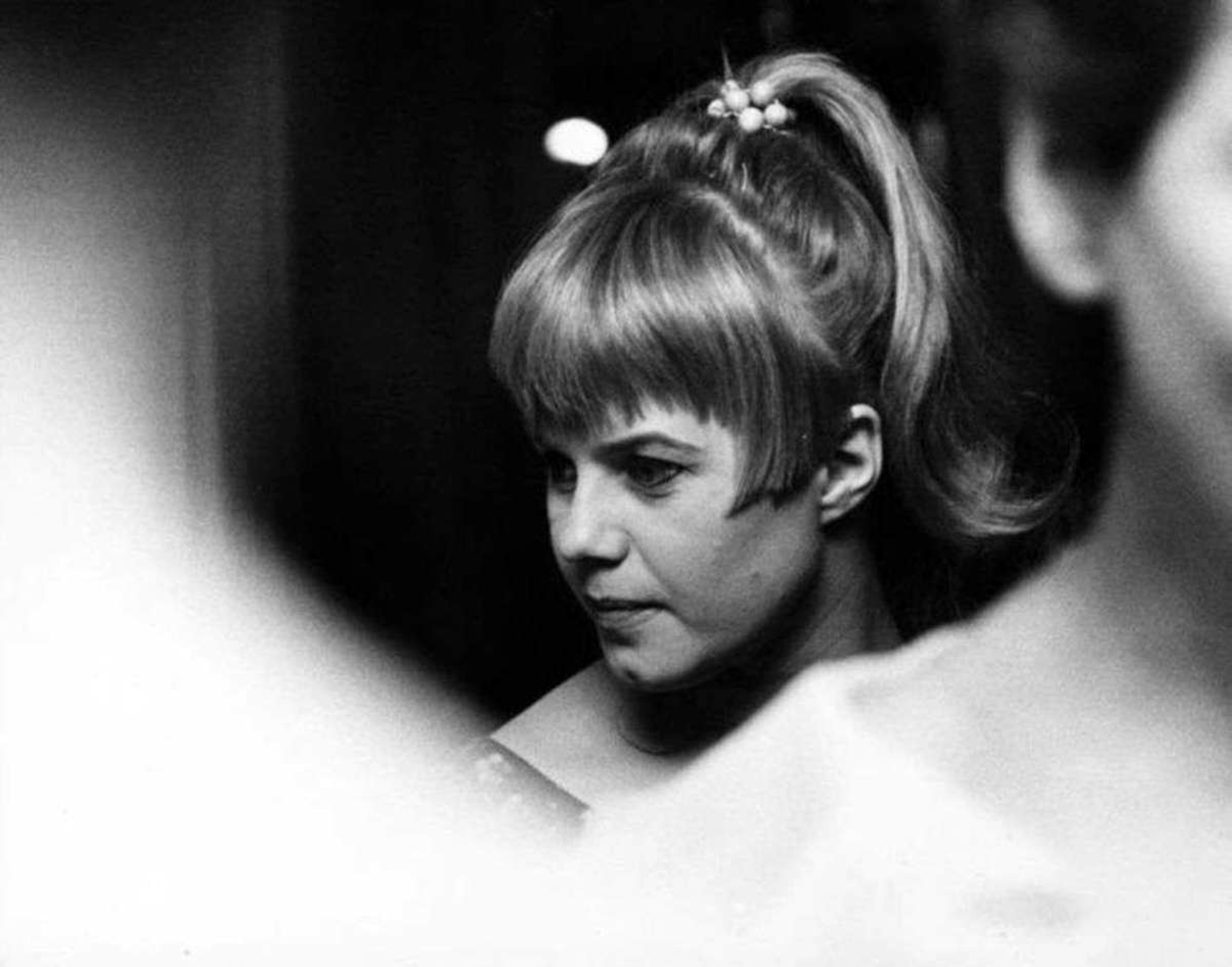 Swedish cinema historically has a more liberal stance towards sex than their North American counterparts.

This can be seen in cinema as far back as 1951 with Arne Mattsson’s “One Summer of Happiness,” which features a frank depiction of both nudity and sex between a man and a woman. This film and Ingmar Bergman’s “Summer with Monika” from two years later received broad international success that cemented Sweden’s sexual reputation. These early Swedish summer films blended arthouse with grindhouse in the Scandinavian countryside, and they were able to appeal both to highbrow and lowbrow audiences as a result. Films like these carried a legitimacy in their artistic quality that influenced the art that came out of America’s and Britain’s sexual revolutions. This reputation was embraced in Swedish cinema for decades, and these ten films exemplify that.

Top: Sweden’s open attitude towards sexuality is reflected in its cinema. 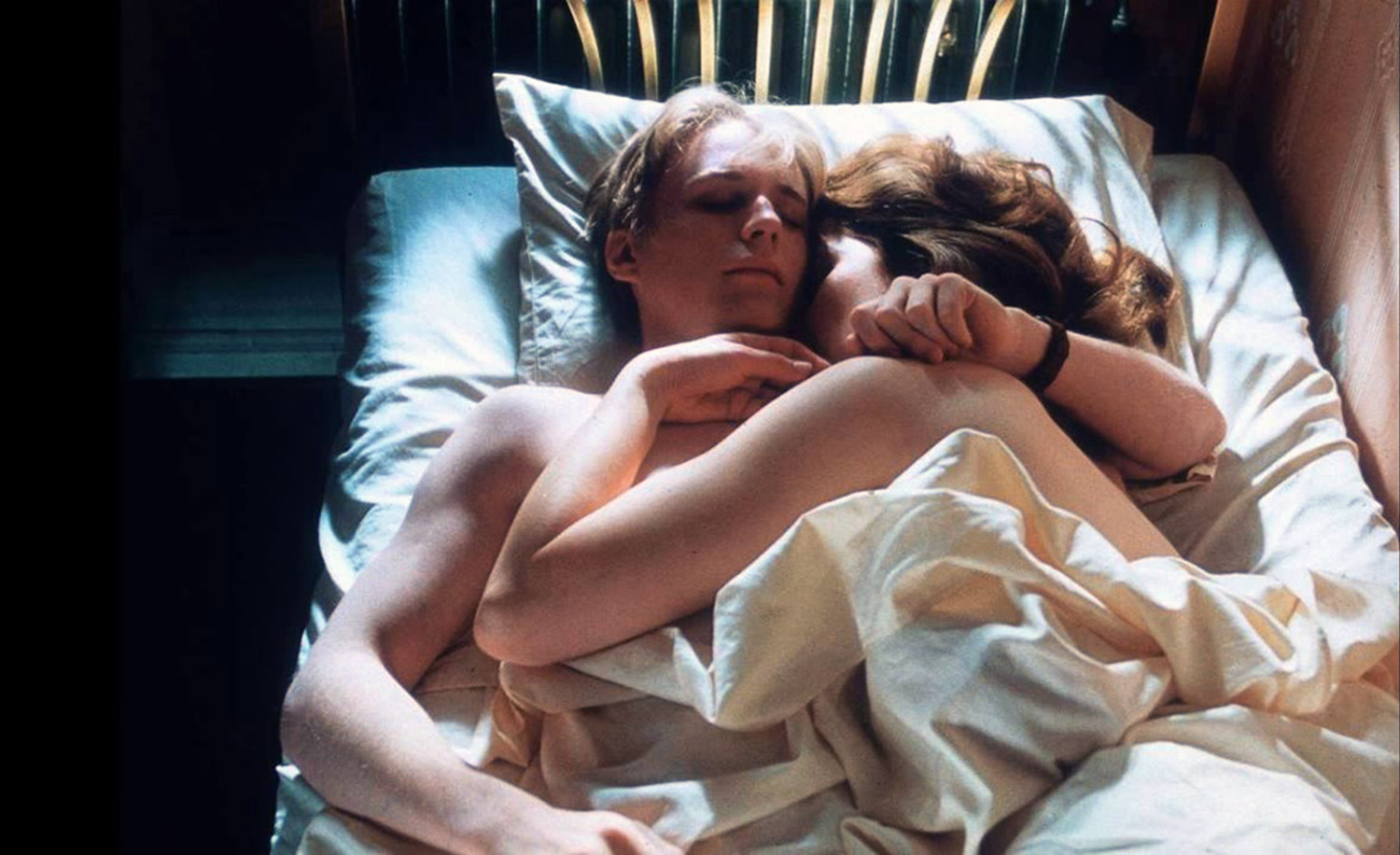 Two people seek solace in each other during a time of war.

“All Things Fair” is a more recent example of erotica in the arthouse. Set during World War II, the film tells the story of a love affair between Stig, a fifteen-year-old boy on the verge on manhood, and Viola, his schoolteacher. Viola feels trapped in a troubled marriage to Kjell, who struggles with depression and alcoholism. Things are further complicated when Stig and Kjell become friends.

“All Things Fair” was director Bo Widerberg’s final film before his death in 1997, and his lifetime of experience is not hard to see in every shot of this movie. The camera does an excellent job of building tension, and of balancing a feeling of intimacy with one of intrigue. Widerberg believed in making films of consequence, and “All Things Fair” does this chiefly through the performances of its lead actors. 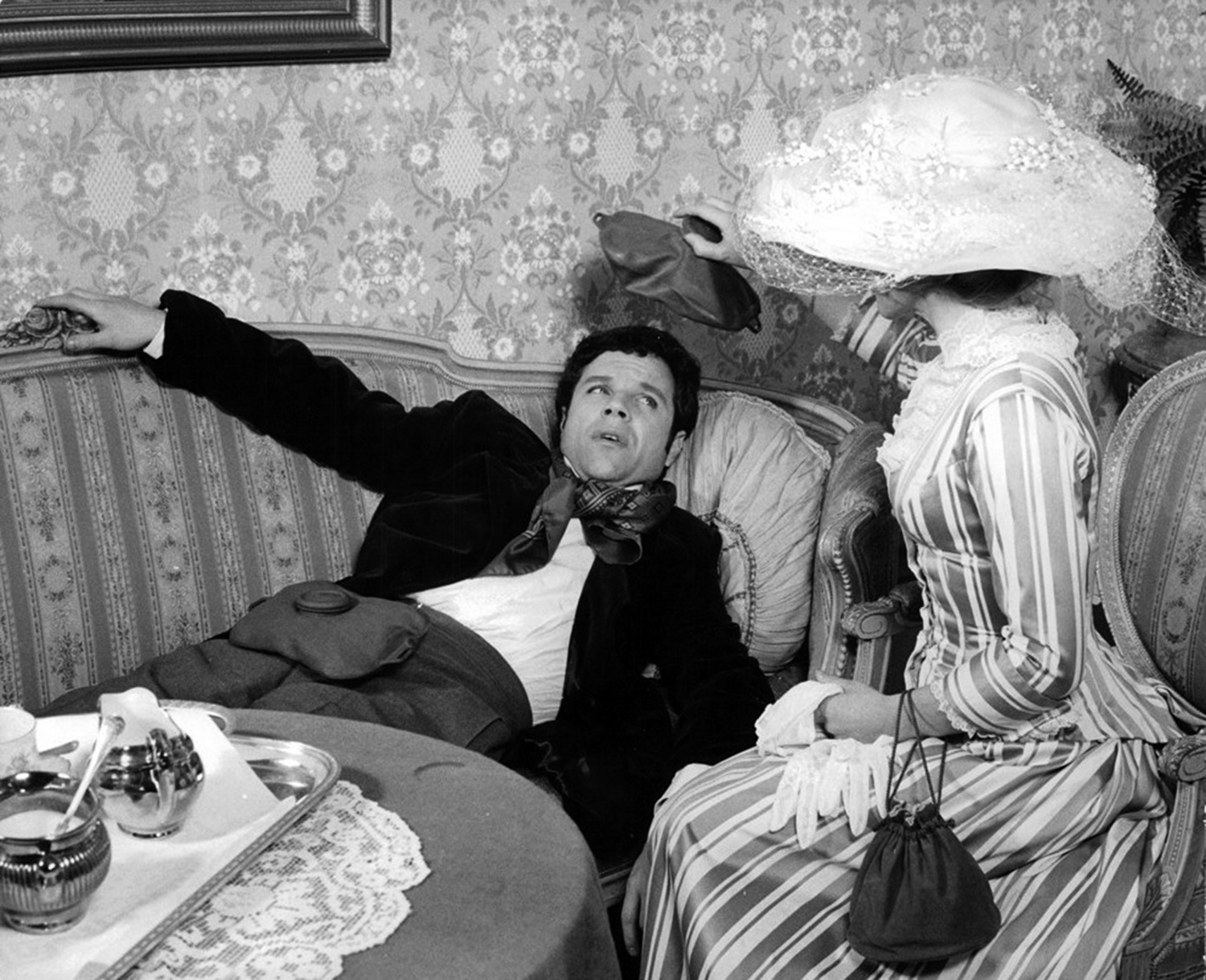 Raunchy misdeeds fill the many secret passageways in “What the Swedish Butler Saw.”

What the Swedish Butler Saw

Swedish erotic cinema has not been just restricted to the arthouse, however. In the 1970s in particular, comedic sex romps became increasingly common. “What the Swedish Butler Saw” was one of these. The film was released under several different titles, including: “A Man With a Maid,” “The Groove Room,” “Champagnegalopp,” and “Tickled Pink” when it was re-released during the 3D fad of the 1980s. The plot revolves around a Victorian aristocrat named Jack Armstrong who buys a defunct insane asylum to turn into his own personal “love nest,” complete with all manner of kinky accoutrements and hidden passageways. Unbeknownst to the building’s new owner, Jack the Ripper is still living in these passageways.

The film looks like a slightly more grounded cousin of “The Rocky Horror Picture Show,” and its intrigue comes second to its spectacle. It was loosely adapted from the novel “The Way of a Man with a Maid,” which also contained sadomasochistic themes, though the novel’s story goes into a much darker and more incestuous direction. 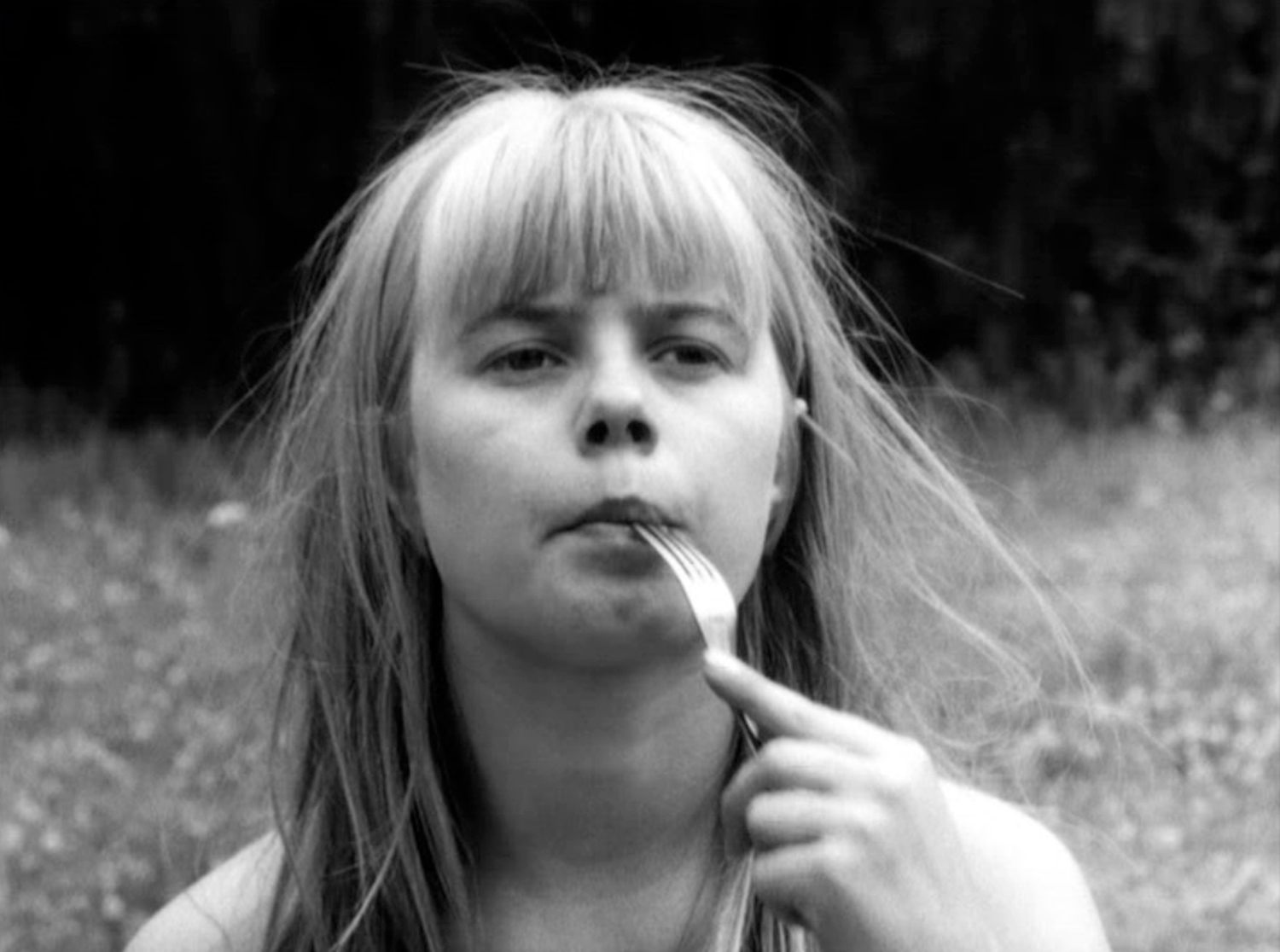 A political film with a sexual twist, “I Am Curious (Yellow)” blurs the line between fiction and reality.

I Am Curious (Yellow)

Stepping away from raunchy comedy, the Swedish attitude toward sexuality can be felt in more experimental titles, as well. “I Am Curious (Yellow)” and its companion film “I Am Curious (Blue)” are examples of these. Director Vilgot Sjoman aimed to create a politically conscious film starring his much younger lover, Lena Nyman, as she tries to understand the world and her place in it.

Nyman is socially active, from having pictures of concentration camps pinned up in her bedroom as a reminder of the evils of the world, to participating in a variety of political activism. Alongside her story are interviews with the cast and crew on the making of the film itself, and even more strangely, the film includes an interview with Dr. Martin Luther King Jr., who happened to be in Stockholm at the time of the filming.

In “Yellow,” Nyman has a love affair with a married man named Borje, and as that plot begins to resolve, it is revealed that their affair has continued off camera as well, which director Sjoman becomes jealous of. The film blurs the line between construct and reality, and despite mixed critical reception, it has still been reasonably influential in pop culture. 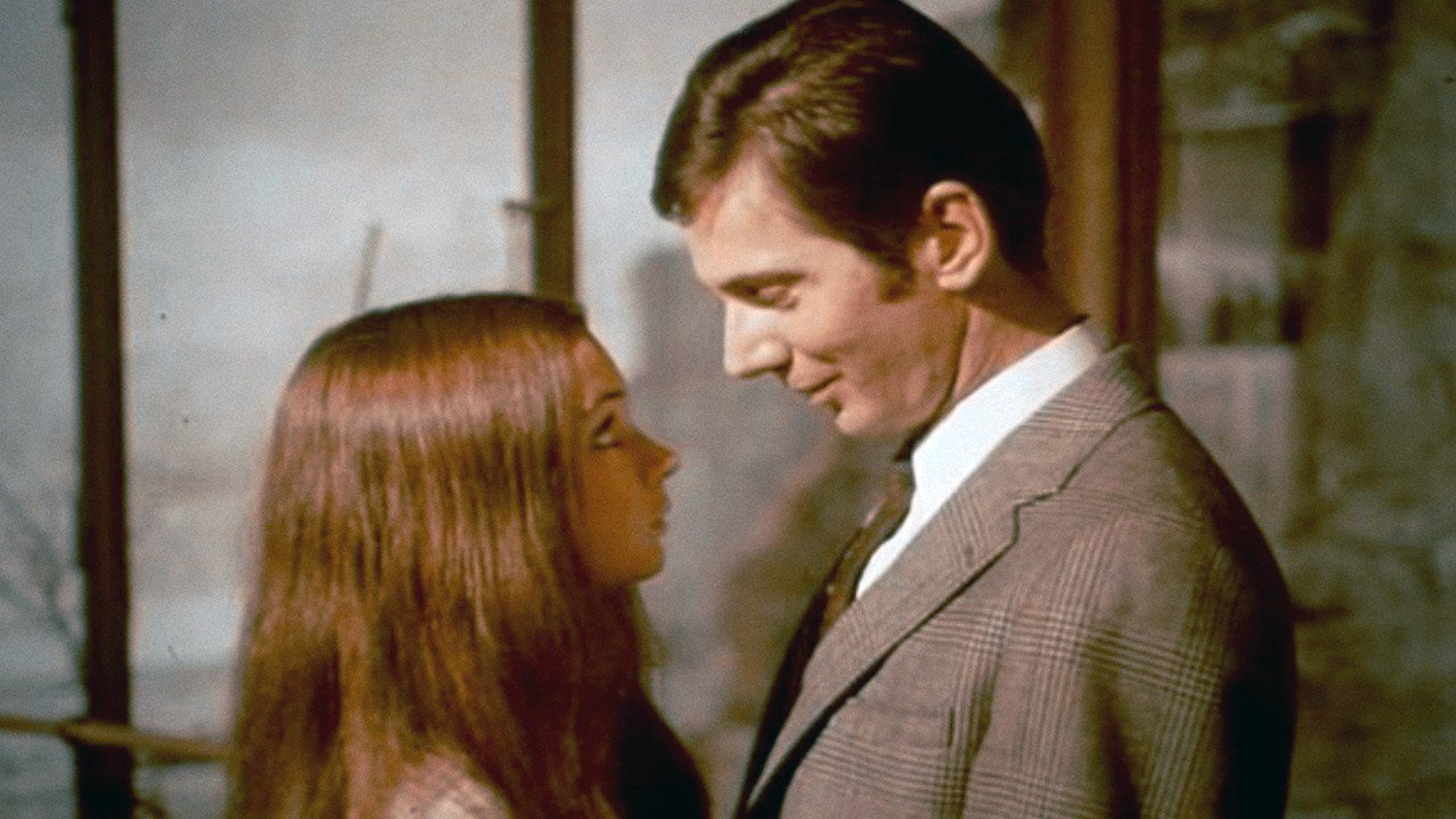 Artistry meets exploitation in this film where a young girl must take matters into her own hands.

While nudity and sexuality are not shied away from in Swedish cinema, eventually demand for racier material pushed them deeper into the grindhouse than the arthouse. “Exponerad,” released under the titles “Diary of a Rape” and “The Depraved” in America, is one such sexploitation film.

While it is without a doubt a sexploitation film, the direction and the acting of the film’s lead do serve to elevate it above some of its contemporaries. 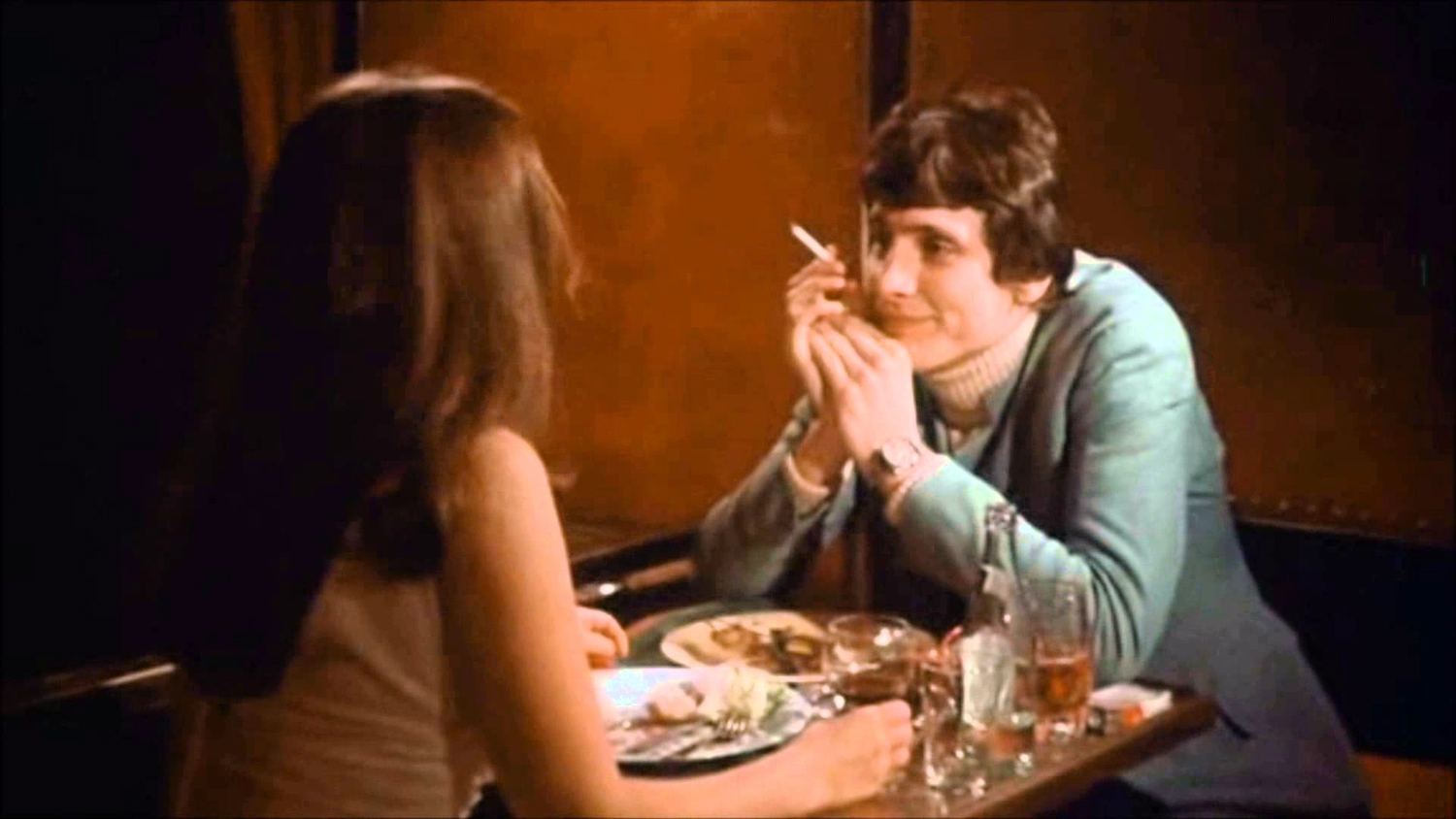 A girl experiences her sexual awakening during a weekend in Stockholm.

The lead in “Exponerad,” Christina Lindberg, became a recognizable star in Sweden’s sexploitation films. “Maid in Sweden” was her follow-up to “Exponerad.” She plays a sixteen-year-old girl from the country spending the weekend in Stockholm. There she has a series of romantic adventures through which she is able to learn about the world outside of her small-town upbringing. When she eventually returns home, she is changed by her time away.

“Maid in Sweden” is an excellent example of the attitude towards sexuality that was embraced after “One Summer of Happiness.” While the sex and nudity is intended to arouse, the story is still character-driven. Lindberg’s performance captures both the youthful innocence and the eventual maturity that makes the character’s journey believable. 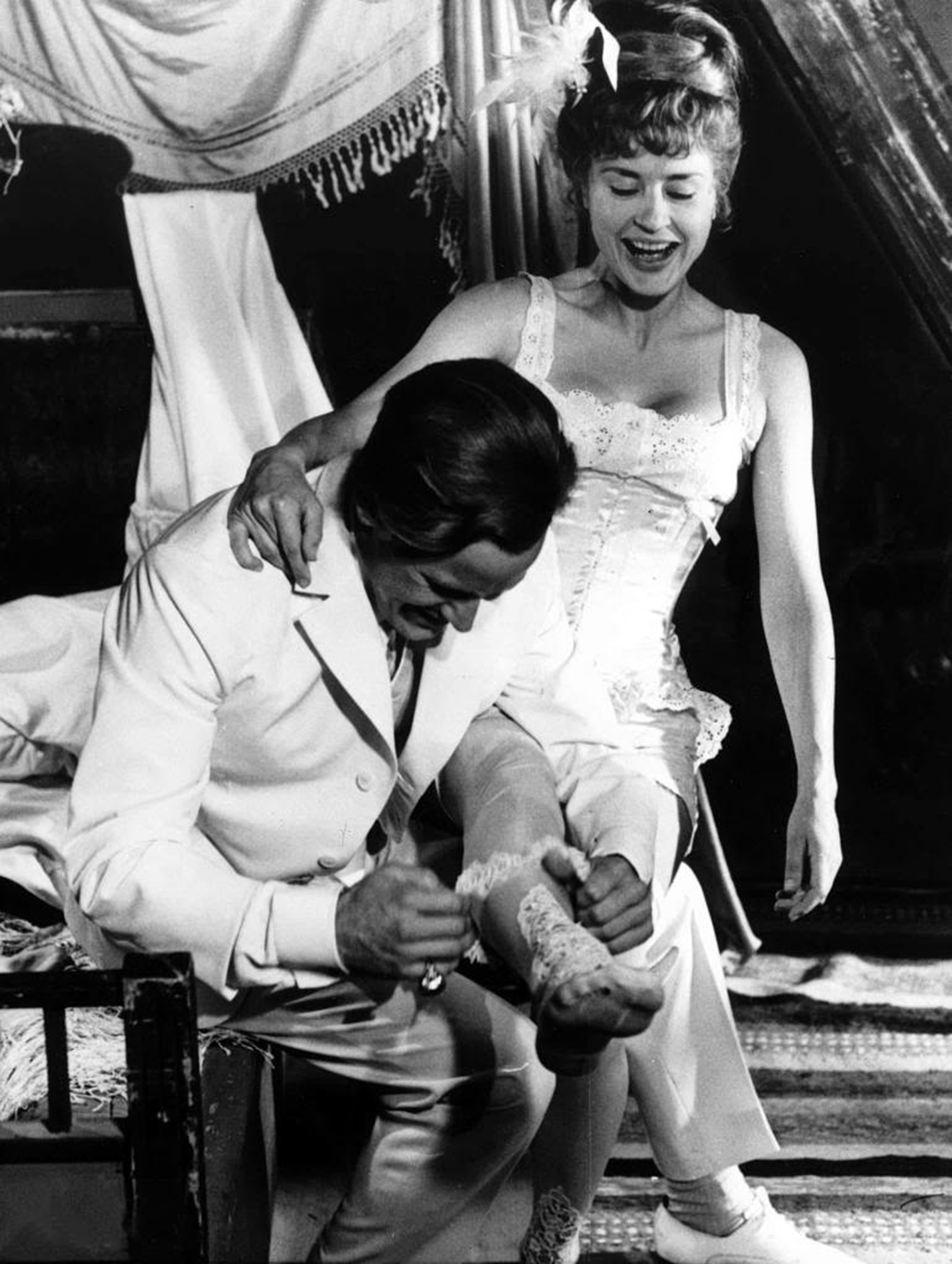 Three women remember the series of events that brought them to be pregnant.

Despite what the two above-mentioned films might suggest, women have more representation in Swedish cinema than as the stars of sexploitation films. 1964’s “Loving Couples” was directed by Mai Zetterling, whose career both behind and in front of the camera spanned four decades. “Loving Couples” was her second film, and it was banned from the 1965 Cannes Film Festival for its sexual explicitness and nudity.

The film follows three pregnant women in Stockholm who are about to give birth as they reminisce on the series of events that brought them to this point. Each woman comes from a different background. Agda is a housemaid who was knocked up by a middle-class man and has since gone on to marry a gay artist. Adele is the wife of a farmer, whose loveless marriage has caused her to carry a child she does not want after she was raped by her husband. The third woman, Angela, is a young aristocrat carrying the illegitimate child of a much older man.

The film’s explicit sexual content is not sensationalized. The camera treats the women not as objects to be desired, but as women confident and comfortable in their bodies. “Loving Couples” is much more in line with the early work of Arne Mattsson and Ingmar Bergman. 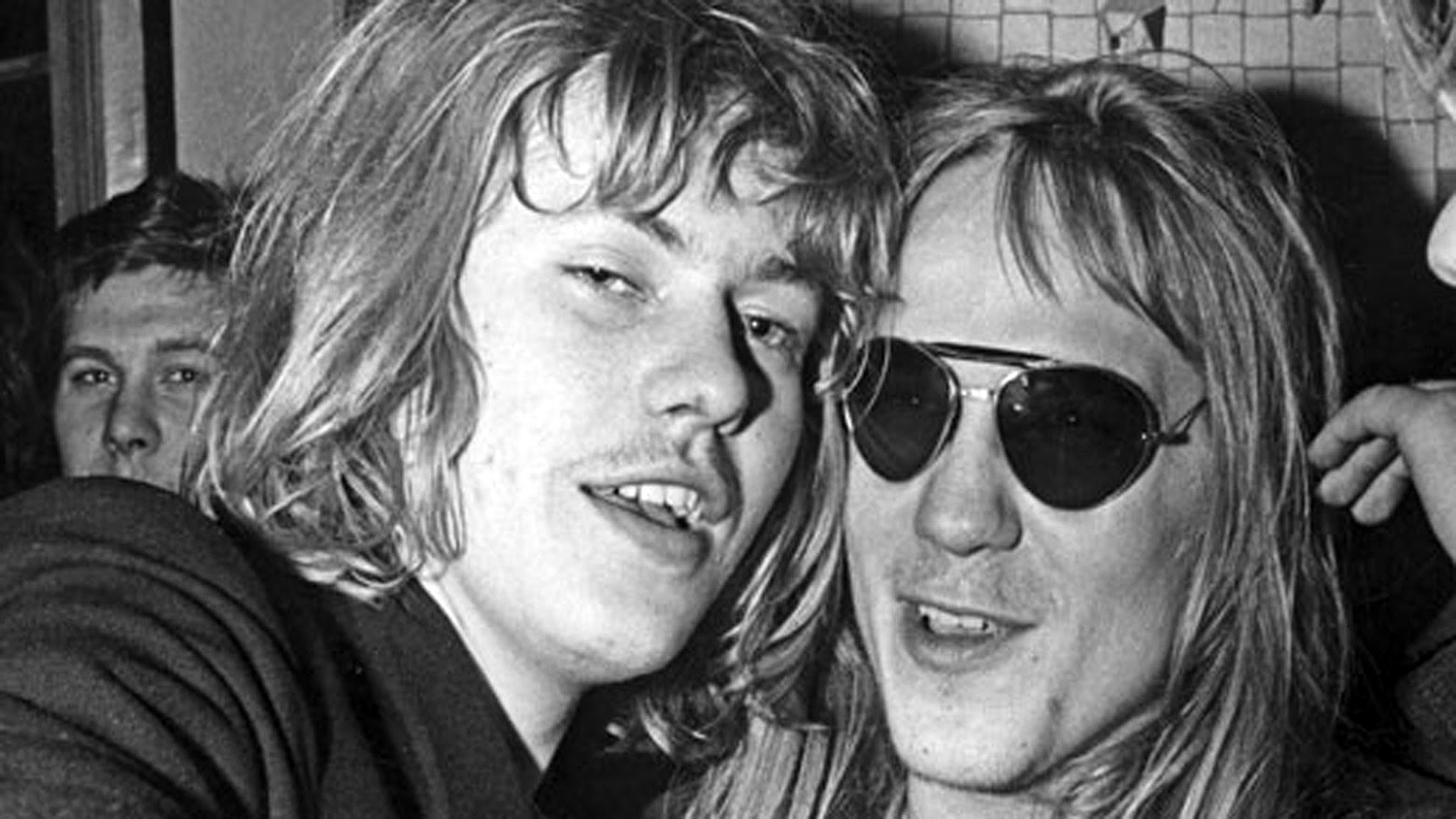 The counterculture movement of the 1960s is documented in this film.

They Call Us Misfits

It is important to acknowledge the changing attitude toward on-screen sexuality over the decades, as “Maid in Sweden” and “Loving Couples” do come from very different mentalities. “They Call Us Misfits” documents some of these changes. While the former treated sex as a natural part of life, the latter began to exploit it for profit. This is the kind of change that would be reflected in the alienation of Sweden’s youth into the counterculture. As the first film in a trilogy of documentaries following alienated and disaffected people over the course of three decades, this film focuses on Kenta and Stoffe, two teenagers who are part of the counterculture of the time.

The film offers a close but non-moralizing look at their hedonistic lifestyle—a lifestyle that cannot last forever, and they seem fully aware of this. Their day-to-day lives are full of euphoric highs and crushing lows, and the film initially faced distribution problems due to its sexual content. It was eventually released intact due to the importance of the story it told. 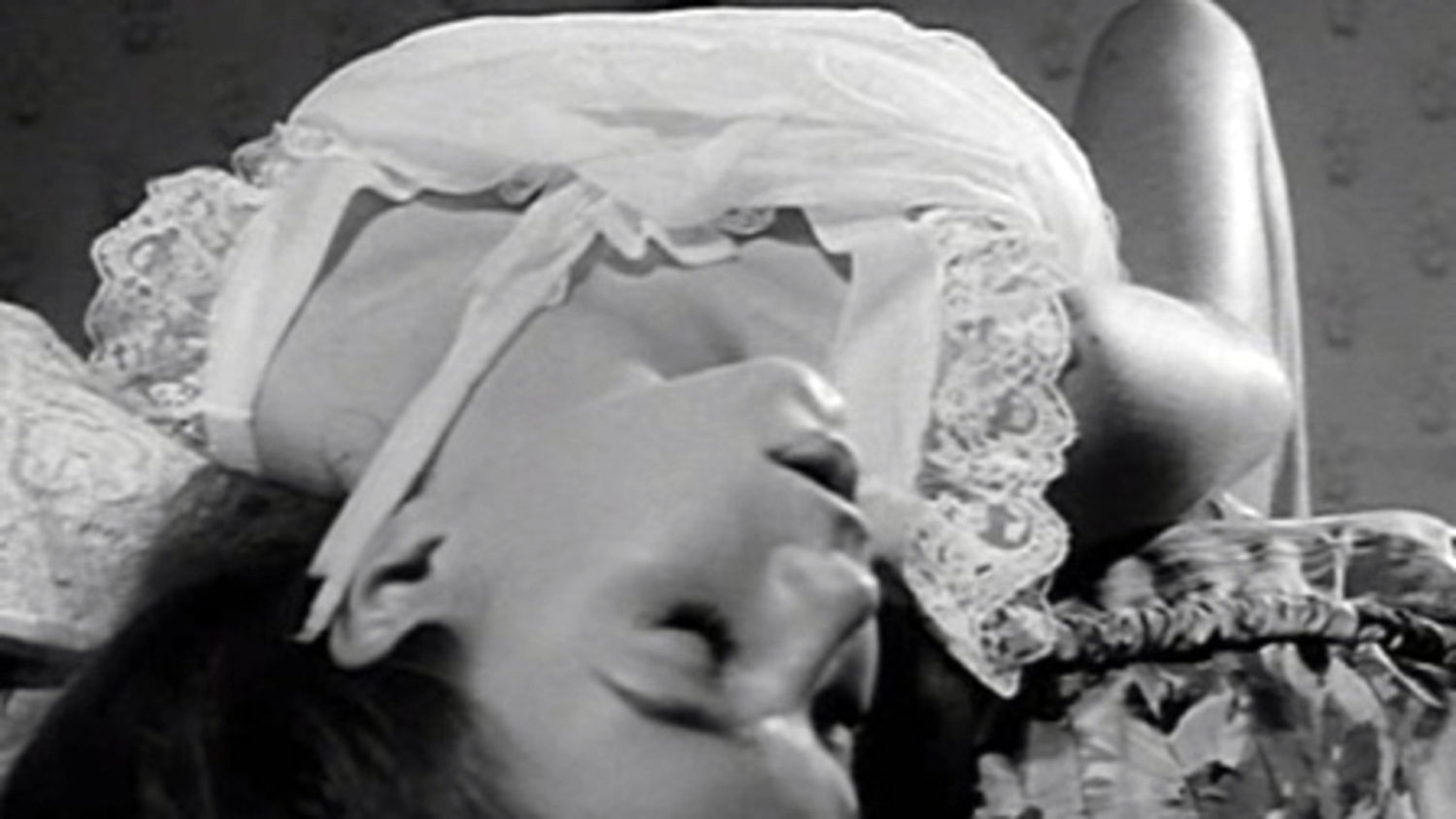 “Inga” became the flagship film for the soft-porn movies of the 60s and 70s.

Where “They Call Us Misfits” offers a look into the lives of young people on the streets of Stockholm, “Inga” offers a fictionalized version of those same consequences. After her mother dies, the titular Inga is sent to live with her Aunt Greta. Said aunt is in debt, and coerces Inga into being the mistress of a wealthy older man. Things are complicated further when Greta’s younger lover and Inga develop feelings for each other.

The film’s release in Italy was not approved for three years, and it was only approved on the grounds that three scenes be removed, including one in which Inga masturbates. 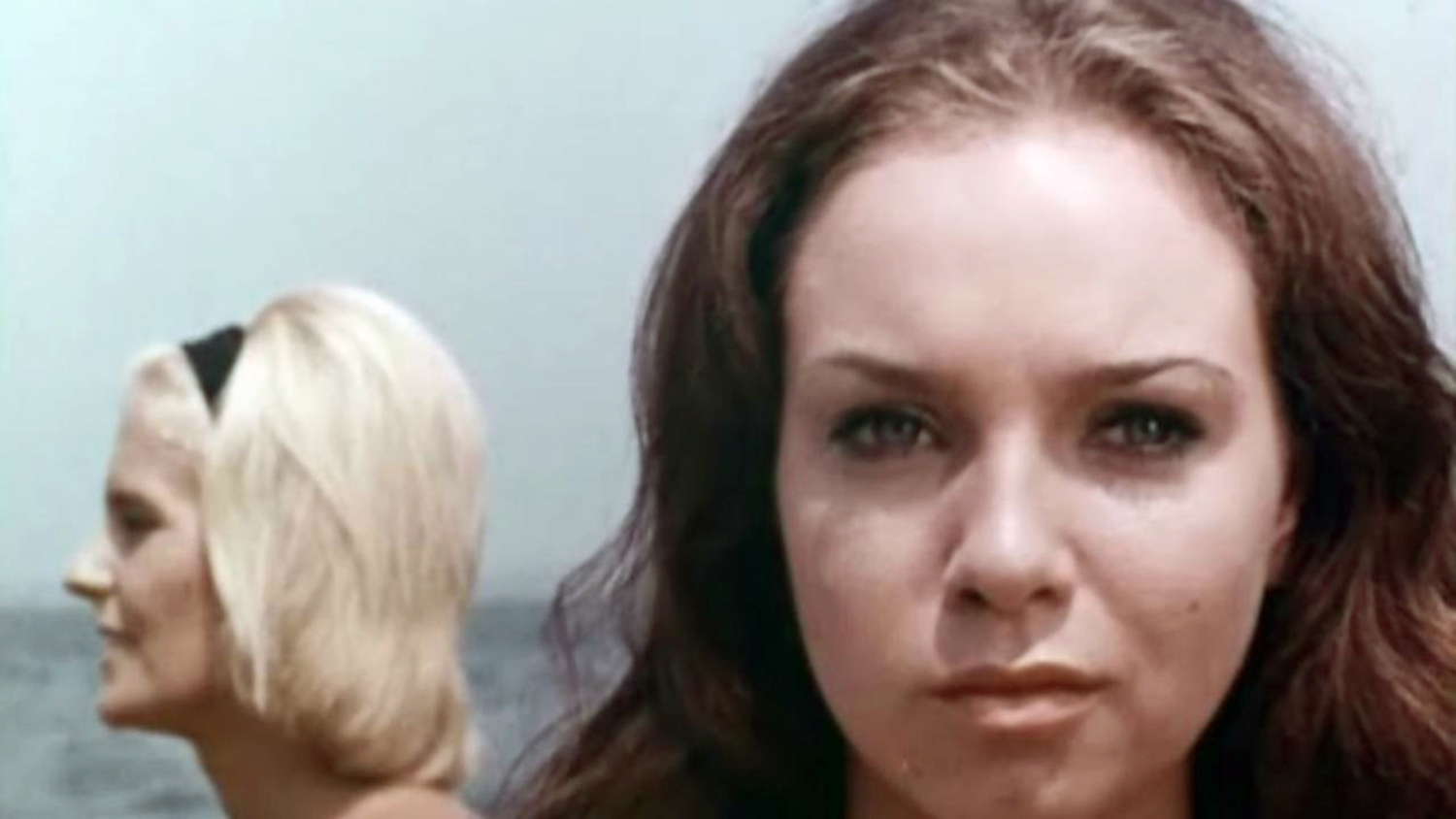 Eve must face Ann’s every temptation as the two women travel together.

Actress Marie Liljedahl began her film career as the titular character in “Inga,” and ended it as Eve in “Ann and Eve.” Both films see her in the role of the virginal, yet-to-be-corrupted youth. In “Ann and Eve” she is a bride-to-be on vacation in Yugoslavia who is tempted by Ann, a cynical and world-weary woman who leads her down a path of debauchery.

Eve’s gushing about her fiancée makes Ann determined to prevent the other woman from achieving any sort of long-term happiness. Over the course of their two-week vacation, Eve’s efforts to seduce the younger woman bear fruit, but not without bruising a few proverbial apples as collateral damage. As the heat rises, so does the body count, and while Eve’s morality is being tested, the reason for Ann’s destructive behavior is revealed.

While this film was also directed by Arne Mattson, who helmed “One Summer of Happiness,” the production of “Ann and Eve” is reflective of the time it was produced. These films were often intended to titillate in the 1970s, and while the arthouse lineage is still apparent, the pedigree of “Ann and Eve” is not what it was in Mattson’s earlier work. 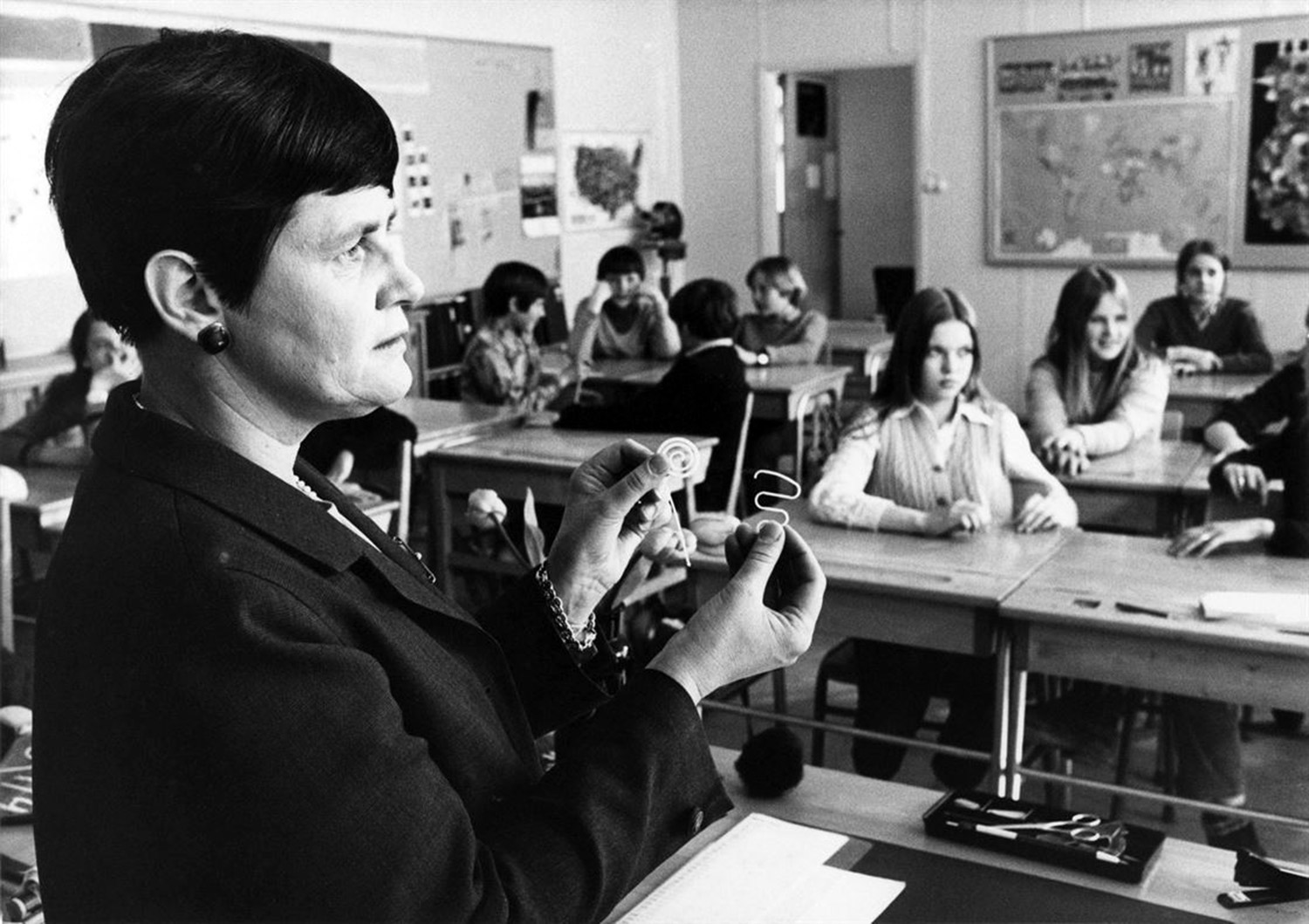 “Language of Love” offers an educational look at sexuality that is rare to see even today.

While intended as a sexual education film, “Language of Love” met with opposition in America and Britain on the grounds that it was pornography masquerading as science. Despite this initial pushback, it was an international success and renown; so much so, that it is the “dirty movie” featured in the Martin Scorsese film “Taxi Driver.” It would go on to have two sequels, both directed by Wickman, as well as a remake, which also had a sequel in the early 2000s. 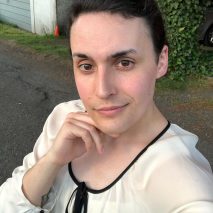 Astrid is a freelance professional and creative writer born in Fort McMurray, Alberta, but possessed by a West Coast soul. Her interests range among all things nerdy, fantastic, kinky, and queer. When not writing, Astrid's interests include theatre, video games, hula hooping, and fencing. Follow the author @ Instagram Facebook and view more articles.