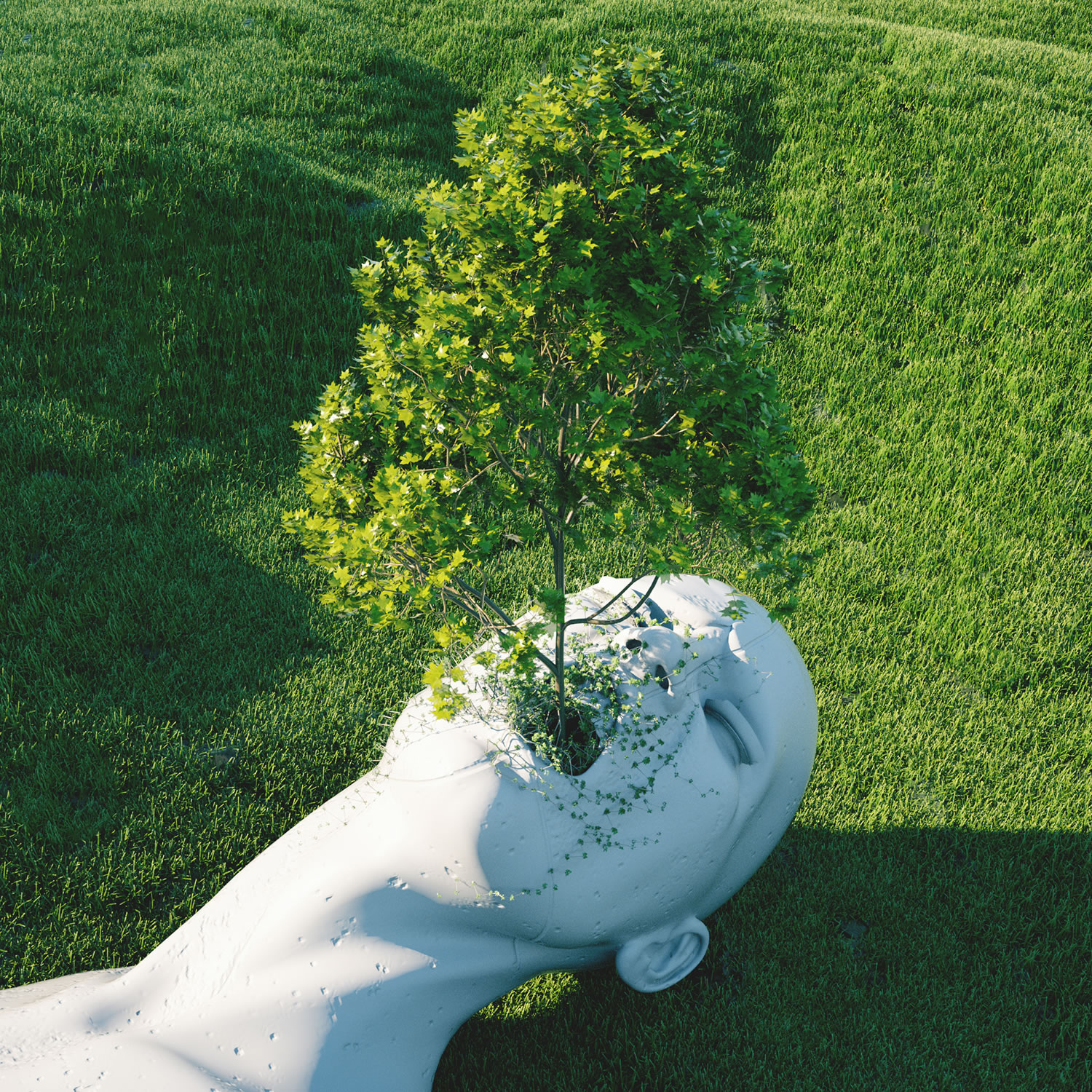 From high school street artist, to musician, to talented 3D creator, Andrew Williamsâ€”â€śGohmnâ€ť to his online community â€“ has dabbled in a lot of creative outlets. His current passion is creating surreal and detailed 3D worlds which are the result of a daily practice.

His inspiration for his work ranges from music, to Arizona sunsets, to artists who share their work online. Heâ€™s also one of those rare folks who shares little more than his art on social media, which makes those fantastical worlds that much more intriguing.

Above: Titled “Inner Growth,” this piece was made using Cinema 4D, Photoshop and Octane Render. 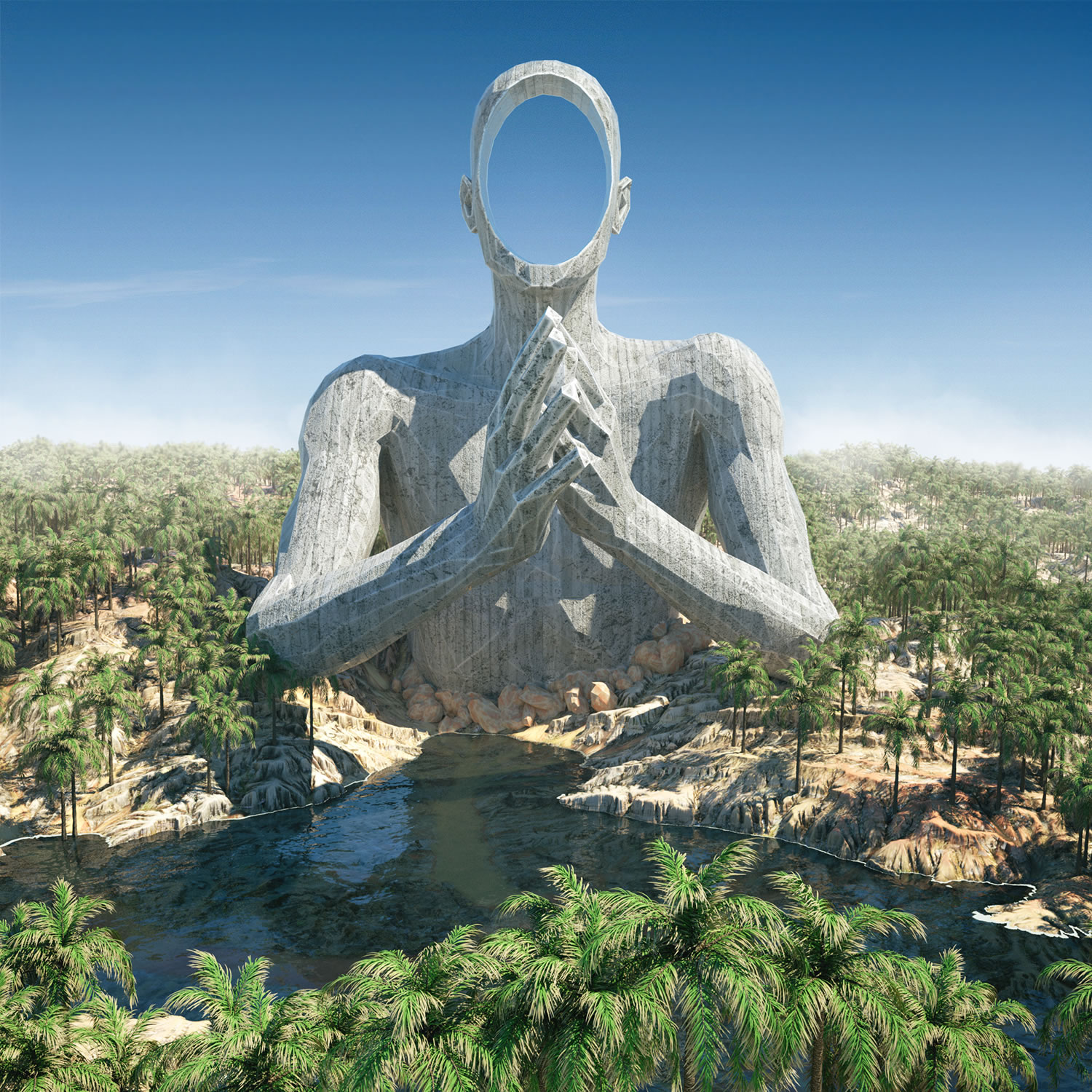 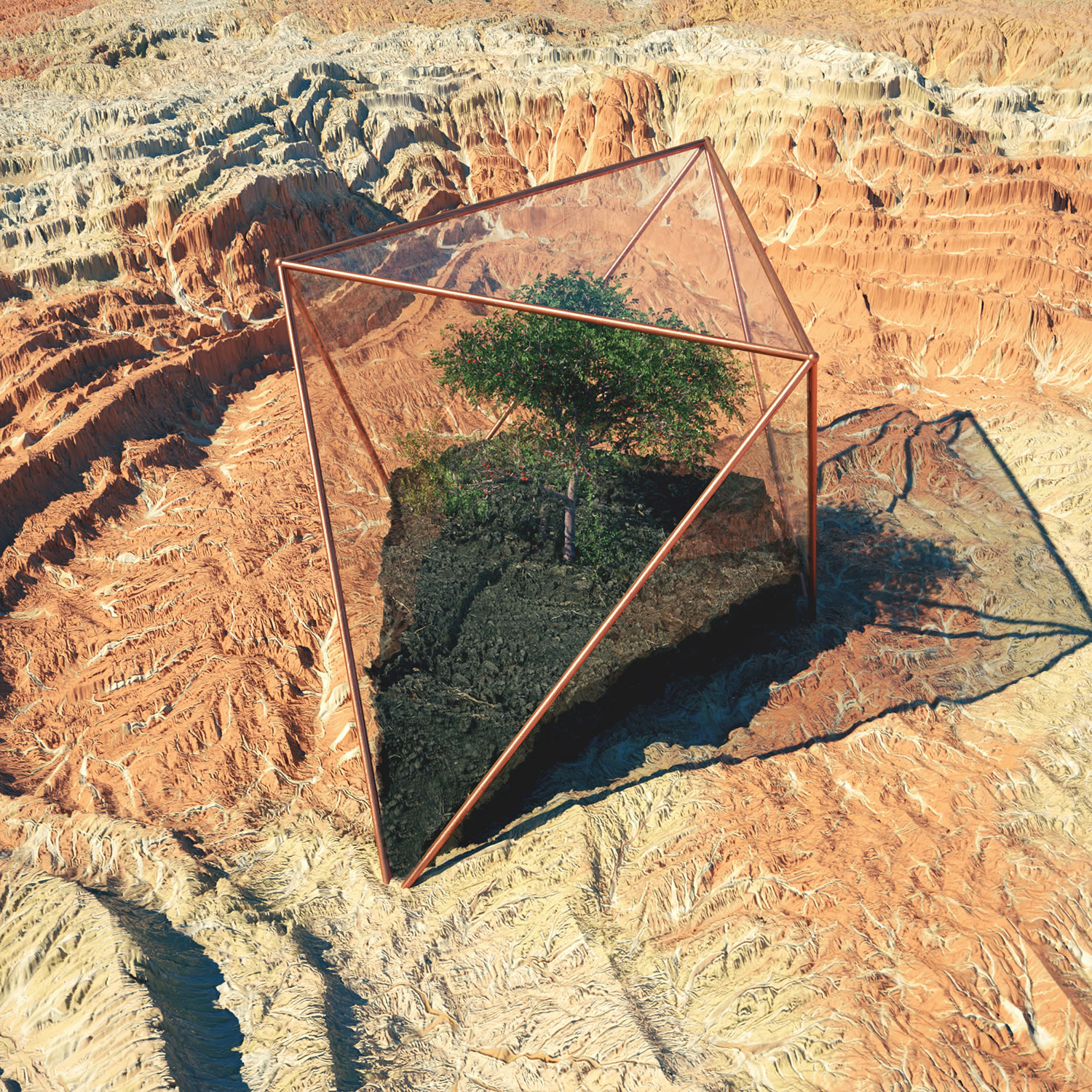 “ONGE” and “ARIUM” are sci-fi-inspired digital pieces. To see more work in this vein, check out #thegraphicspr0ject on Ello or Instagram.

Where does the name â€śGohmnâ€ť come from?

Gohmn (rhymes with â€śhomeâ€ť) reaches back to when I was making silly street art characters in high school. Back then I adopted the name Gohma, which is the name of a Zelda boss. Gohma is the first boss in Ocarina of Time, which is a game Iâ€™ve started playingâ€”and never beatâ€”at least 20 separate times in my life. I guess I just latched onto this character that Iâ€™ve had to kill over and over. 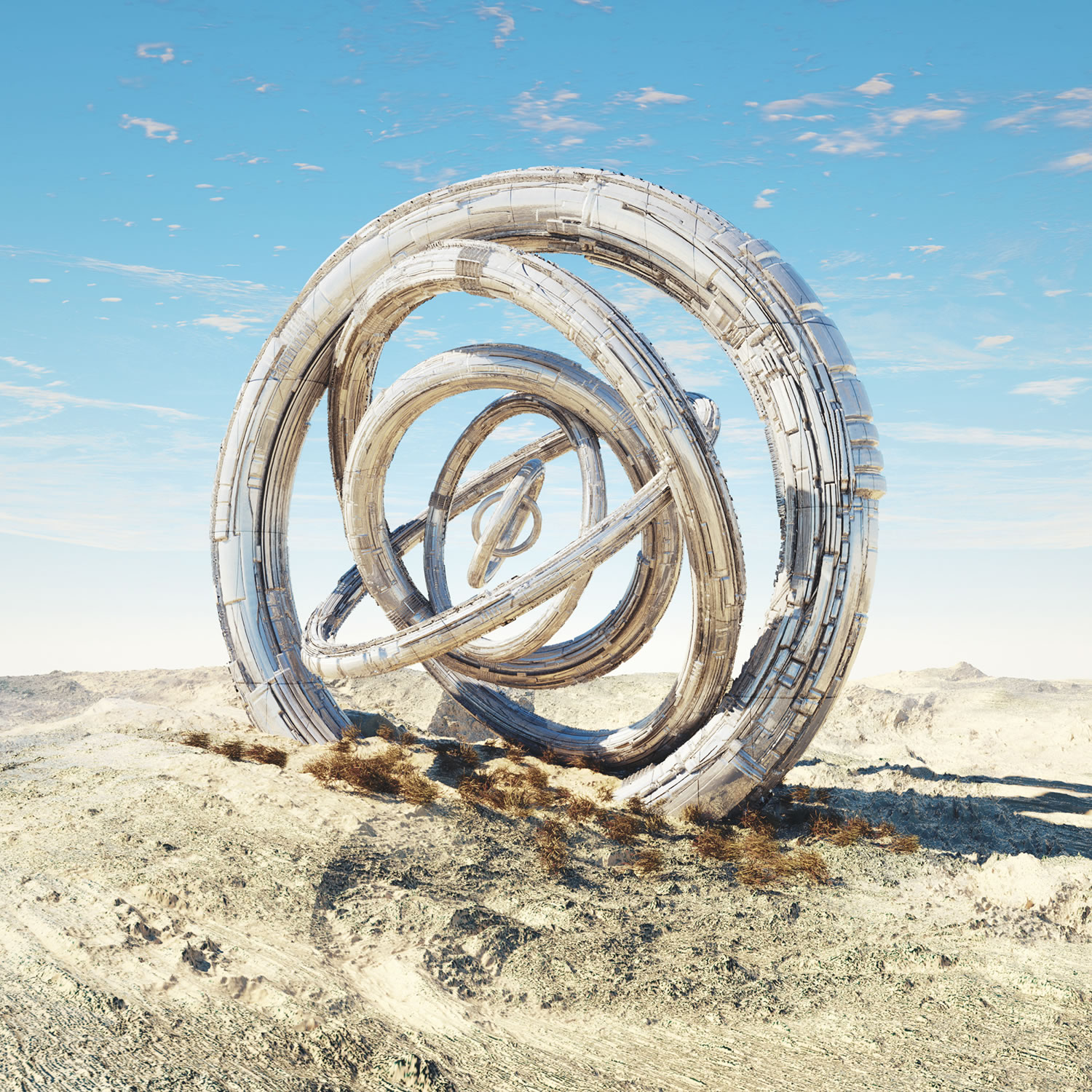 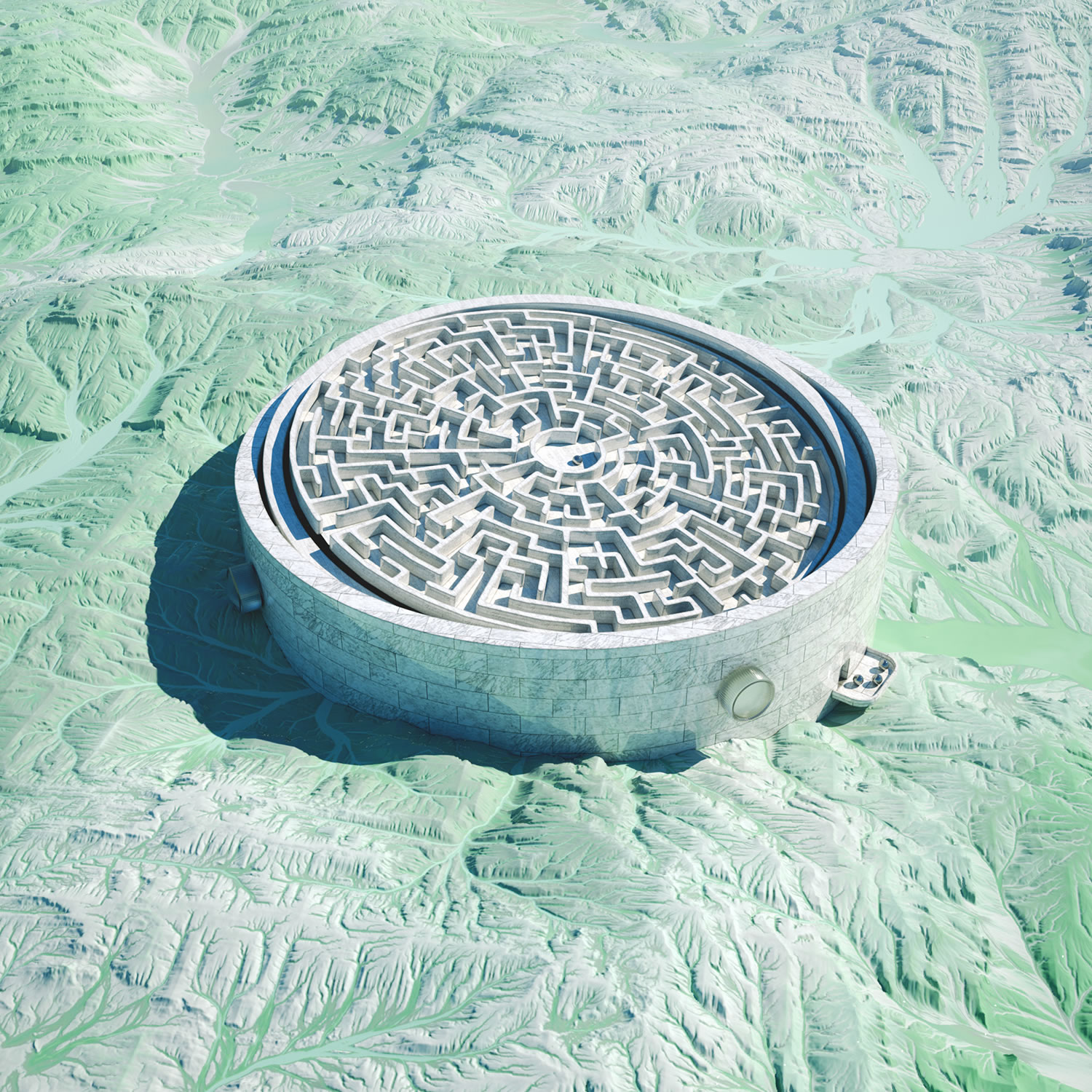 Gohmn creates everything from futuristic relics to labyrinths.

Your 3D work is incredibly detailed. What tools or programs do you use to create your art?

The main programs I use are Cinema4D, Octane Render, and Photoshop. Then there are a bunch of other plugins and one-off programs that get used in conjunction with those depending on what Iâ€™m trying to make. Lately Iâ€™ve been having a lot of fun with World Machine.

You â€śpost a new image on the daily.â€ť What made you decide to create a piece of art every single day?

The original daily-art-maker that I fell in love with was Ljudbilden. He heavily influenced my character illustration phase. Then I discovered Beeple and was blown away at the difference between his first day making 3D art versus his more recent stuff. He got so good just by sitting down and making something every day. It was inspiring and still is. Dudeâ€™s been at it for like 10 years. I wanted to focus on having a marketable skill so I didnâ€™t have to work shitty jobs anymore, so a few years ago I decided to follow his lead. And for the record, I donâ€™t actually post every single day anymore. Nowadays I focus on achieving a healthy balance between doing client work, making dailies, and spending time with my girlfriend. 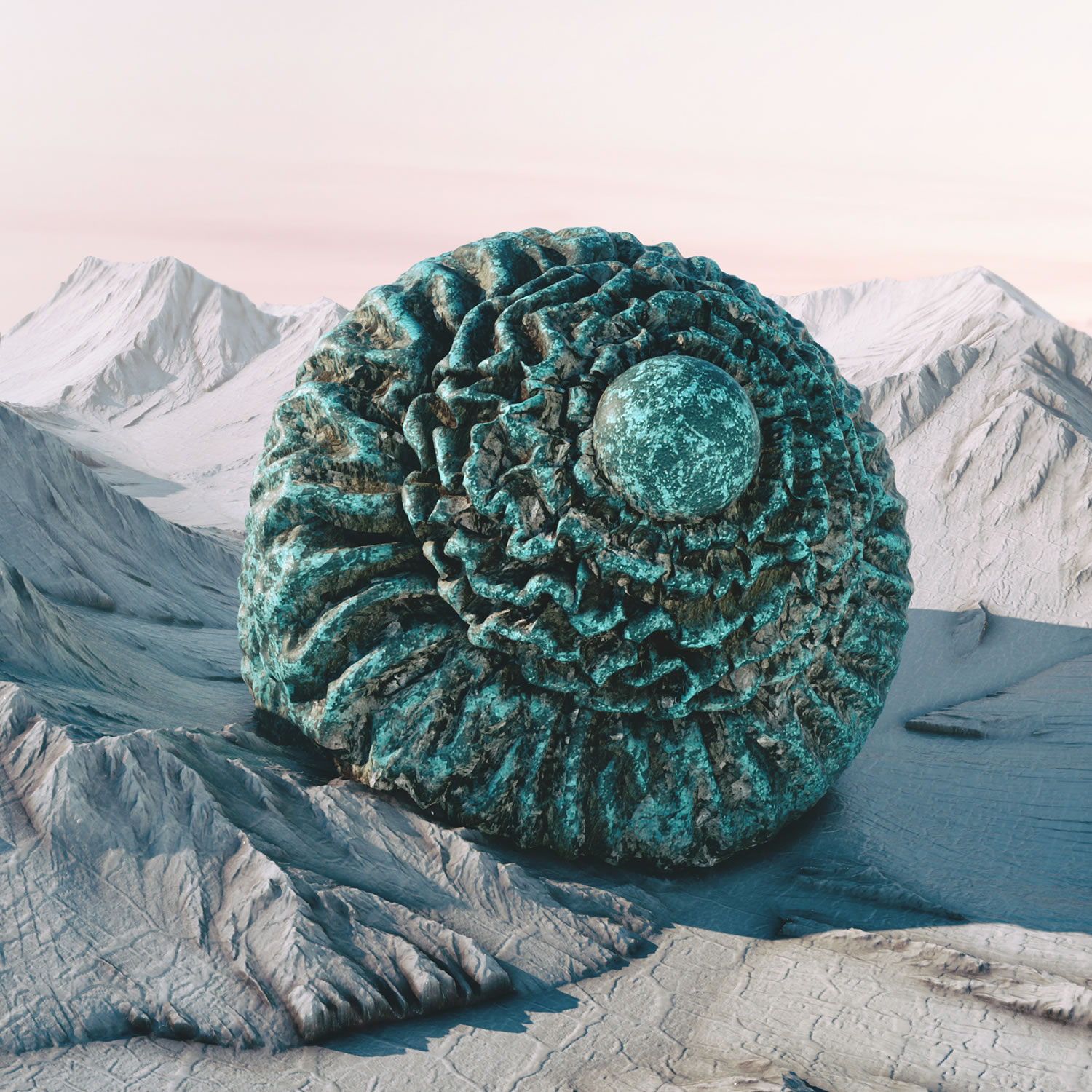 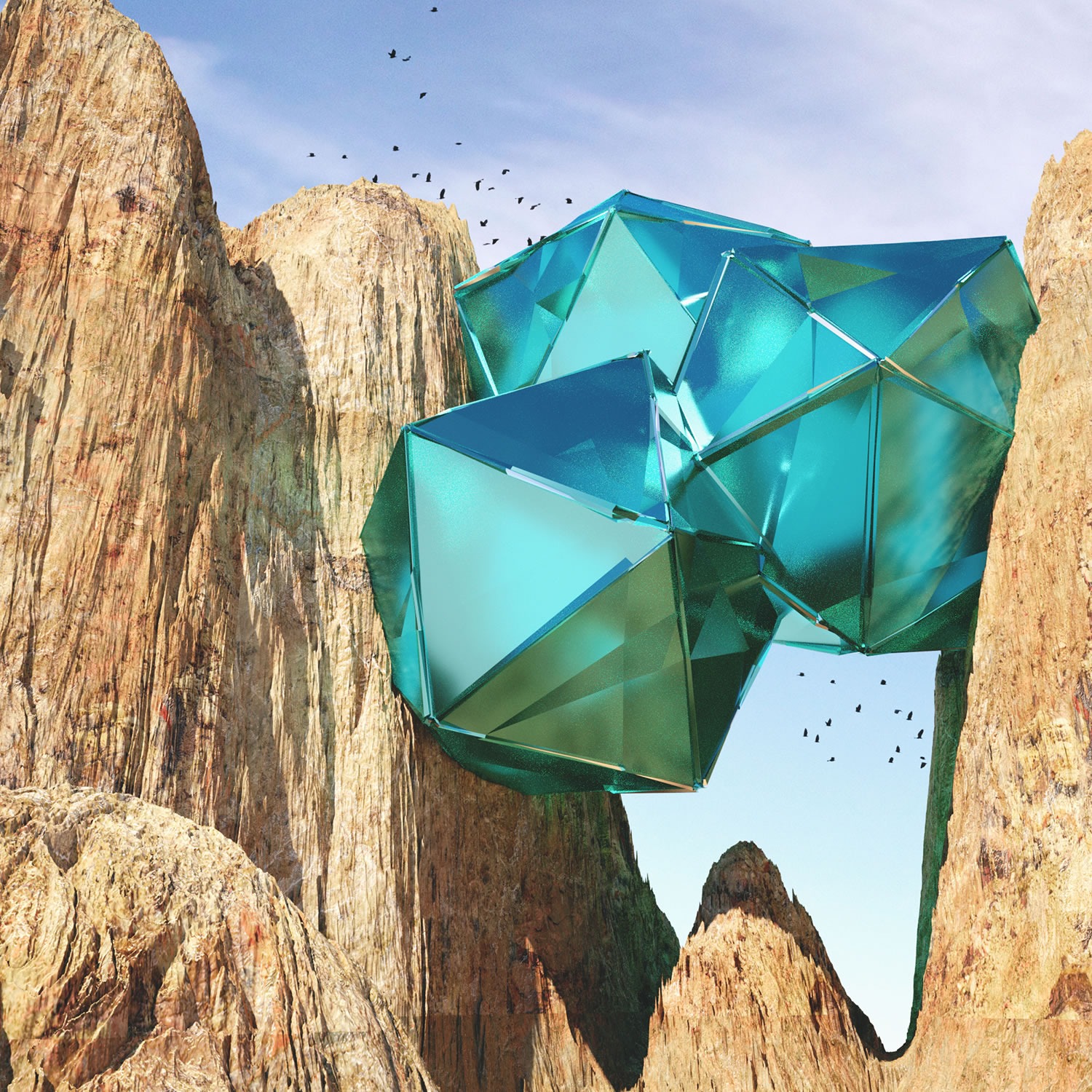 The juxtaposition of realistic backdrops and otherworldly structures in Gohmn’s work truly draws the viewer in.

The worlds you create are beautiful and surreal. Where do you go for inspiration, either online or in the physical world?

Online, mostly Instagram, Tumblr, Ello. I follow a lot of my fellow daily art makers who inspire me to no end. Thereâ€™s a huge amount of amazing shit being pushed by them legitimately every single day. Itâ€™s nuts. Thereâ€™s also some good art and photography curation accounts on those sites that I enjoy as well.

In real life, if Iâ€™m honest, I wish I got out of the house more. When I do, I love discovering what the southwestern US has to offer. There are some beautiful landscapes and formations out here. Nothing beats an Arizonan sunset.

Along with making 3D digital art, you also produce music and DJ. Does music influence your graphic art, or vice-versa?

Music has a huge influence on what I do. My main gig nowadays is lead designer at Heroic Recordings. Listening to a song and trying to capture those emotions in a square image is a daily occurrence for me.

Are there any new mediums or creative techniques youâ€™d like to try out in the future?

I would love to dive more into 3D sculpting. Itâ€™s something Iâ€™ve dabbled in but have yet to focus on. Also, 3D scanning and photogrammetry have heavily piqued my interest lately. 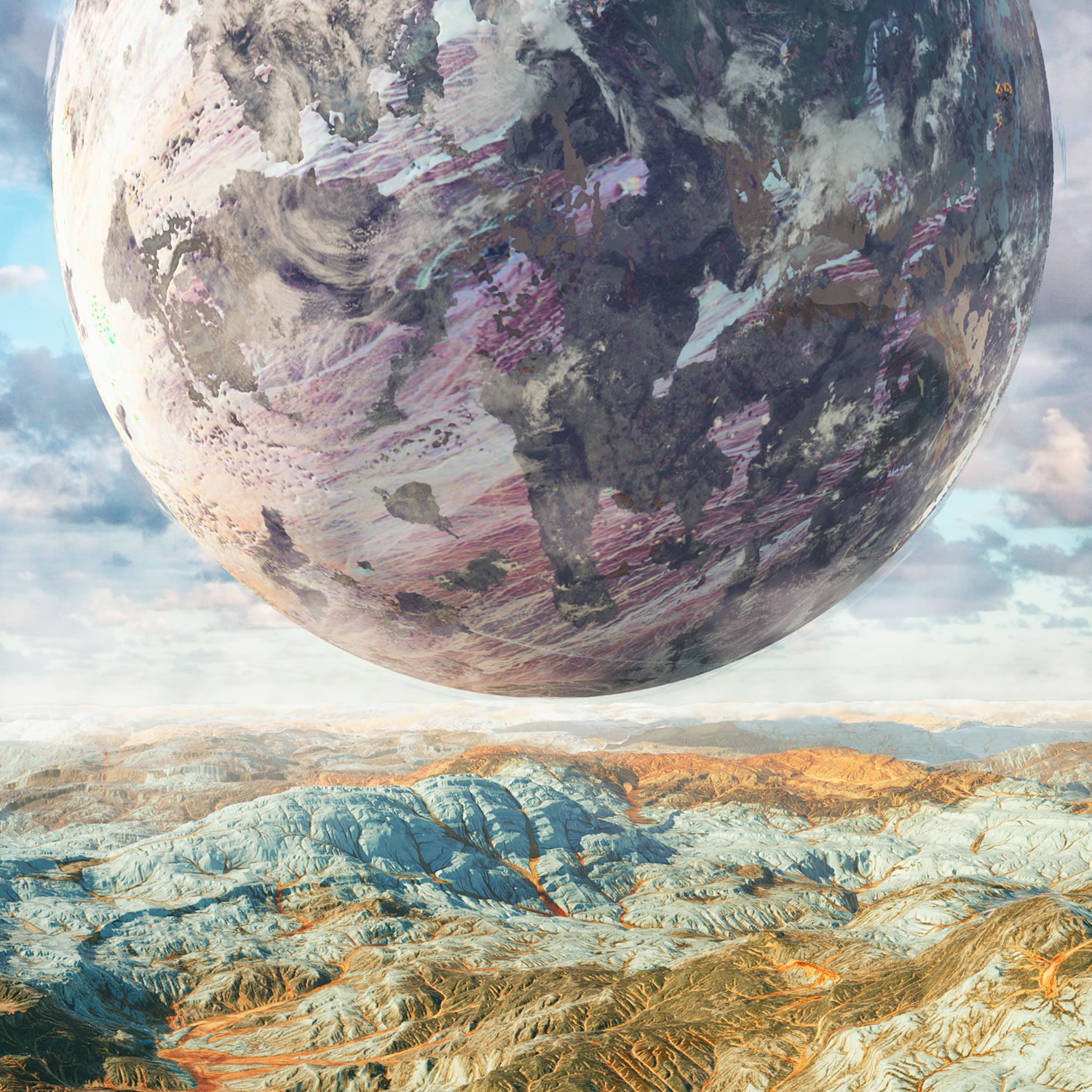 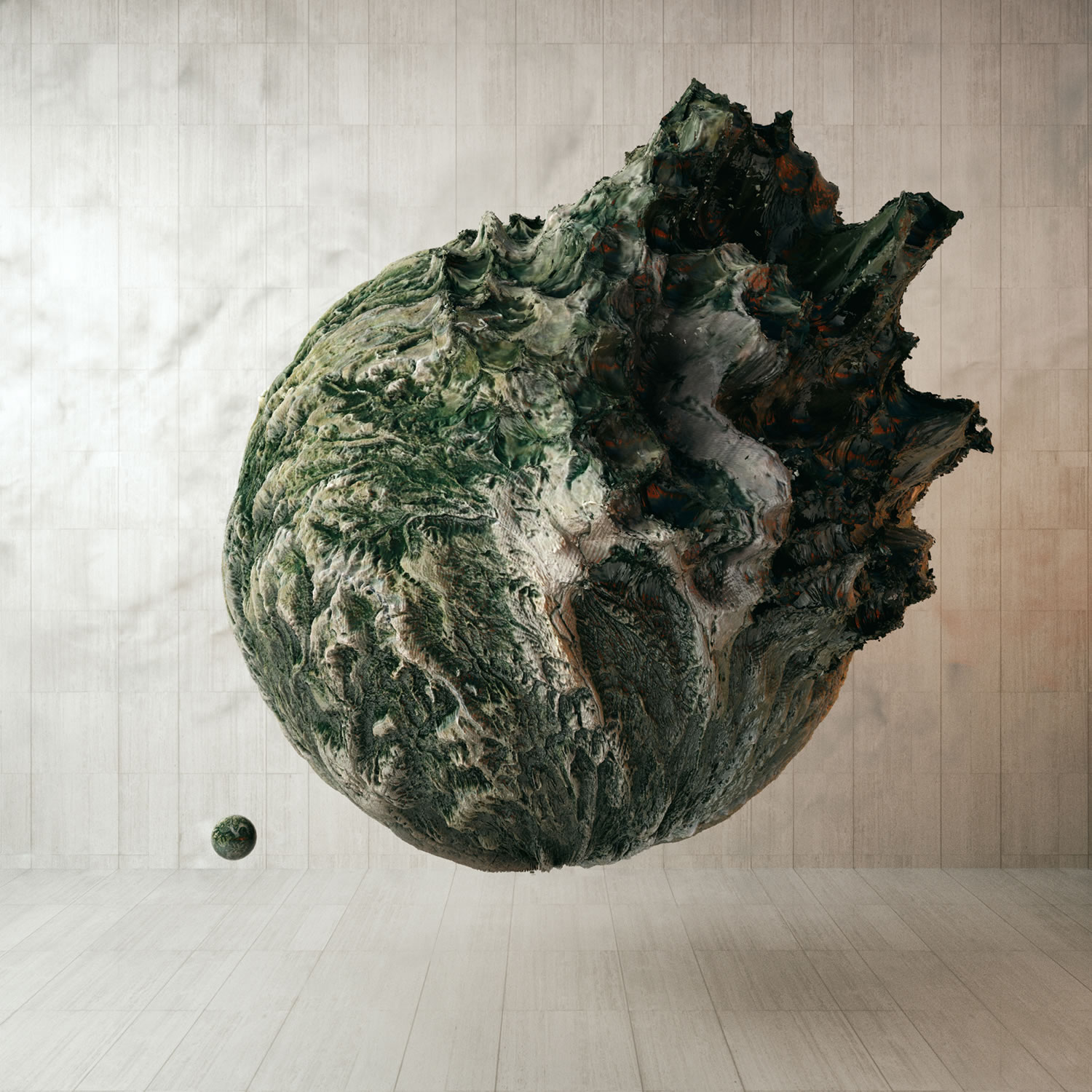 What do you want people to see, or get out of your art?

I mainly just want people to look at the things I make and say, â€śDamn. Thatâ€™s pretty dope.â€ť

Whatâ€™s your favorite thing to do that doesnâ€™t involve sitting in front of a computer?

I just bought a pretty cool mountain bike! So Iâ€™ve been getting into that lately.