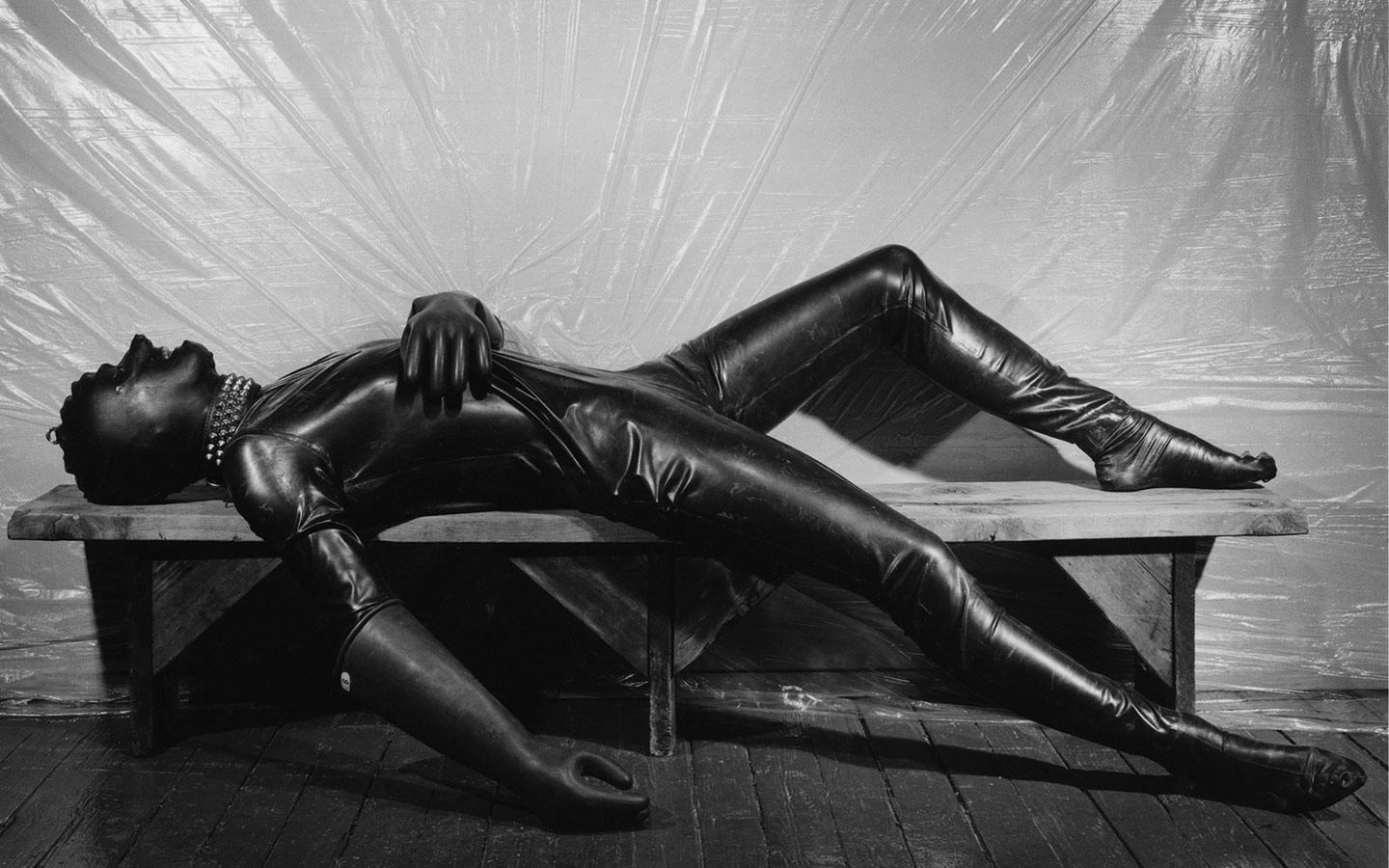 Photography has long been a window into our social psyches, capturing not only scenes of beauty, but also the hidden underbellies of human experience: decadence, struggle, violence, passion, and despair. The word ‚Äúcontroversial‚ÄĚ is often used to describe these artists, because they rupture and/or critique the boundaries of normativity, thereby causing discomfort.

Below is a collection of photographers‚ÄĒboth old and new‚ÄĒwho use imagery deemed ‚Äúcontroversial‚ÄĚ as a way to tell stories. Many of the works are surreal, loaded with symbolism waiting to be unpacked; some of them seem brutally objectifying; all of them are shocking in some way. However, the questions they provoke about power and identity (especially in regards to gender and sexuality) are invaluable in examining the ways we see others‚ÄĒand ourselves. 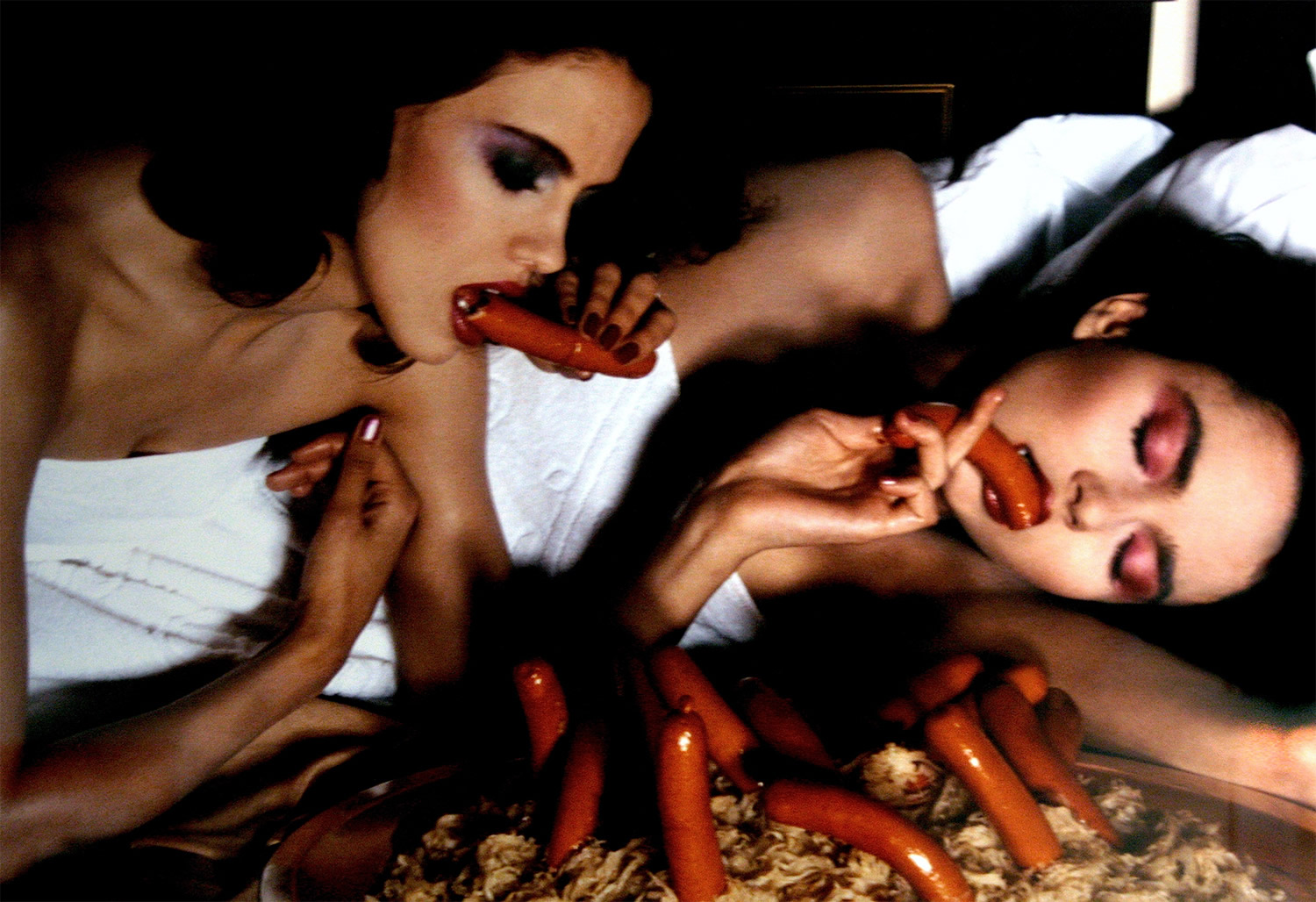 Starting the list is Guy Bourdin (1928‚Äď1991), the infamous Vogue Paris photographer known for his surrealist, sexual, and sometimes brutal¬†imagery involving women. Some of his photos, like the one¬†above, are suggestively playful; others are disturbing, such as a¬†woman lying unconscious with blood streaming from her face. Bourdin‚Äôs color-drenched scenarios make the blatant link between fashion and the objectification of women‚Äôs bodies, but they continue to attract curiosity and discussion today, insisting the question‚ÄĒis it¬†a theatrical commentary, or pure exploitation (or both)? Bourdin leaves it to the viewers‚ÄĒas well as their¬†own carnal and consumerist desires‚ÄĒto decide. 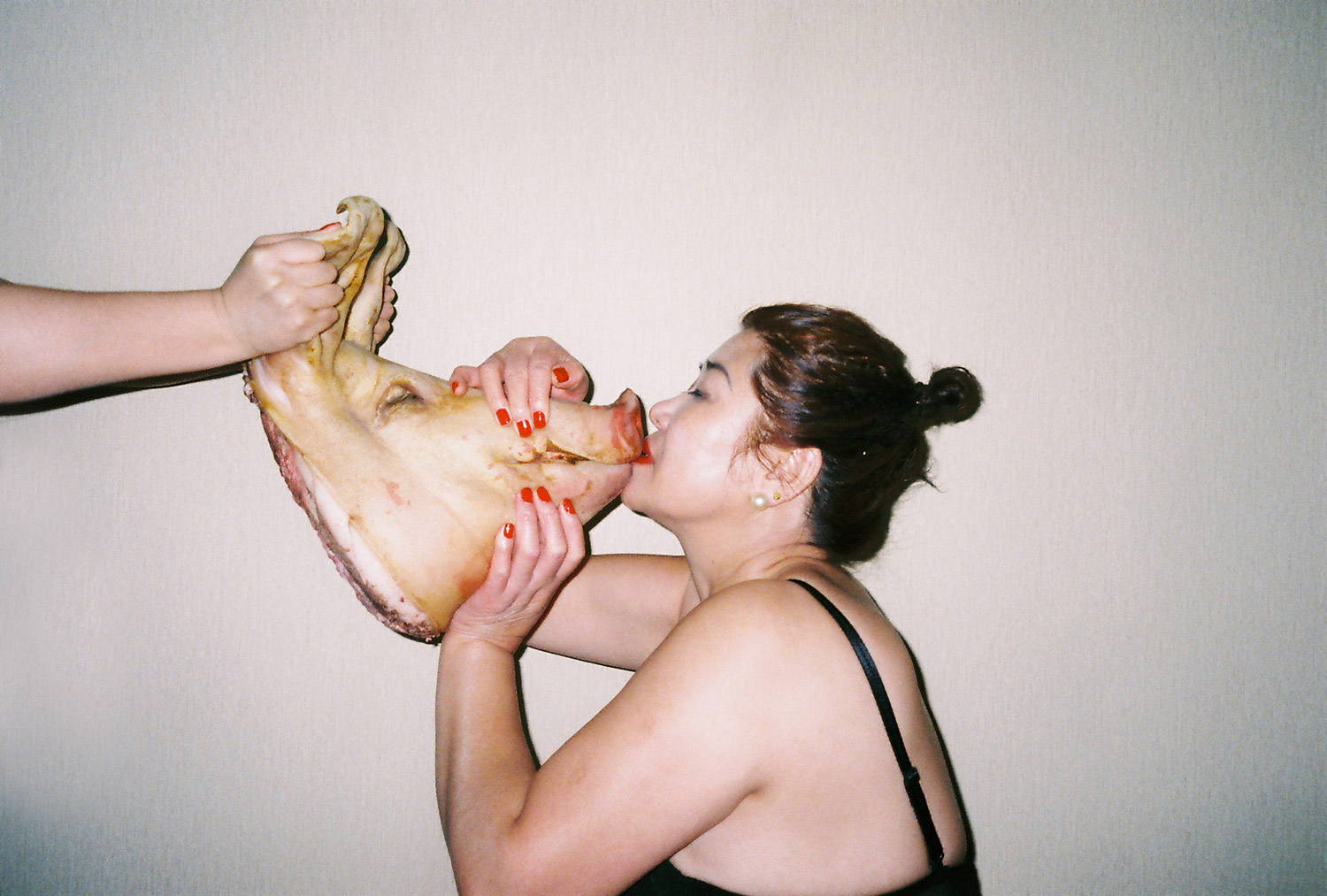 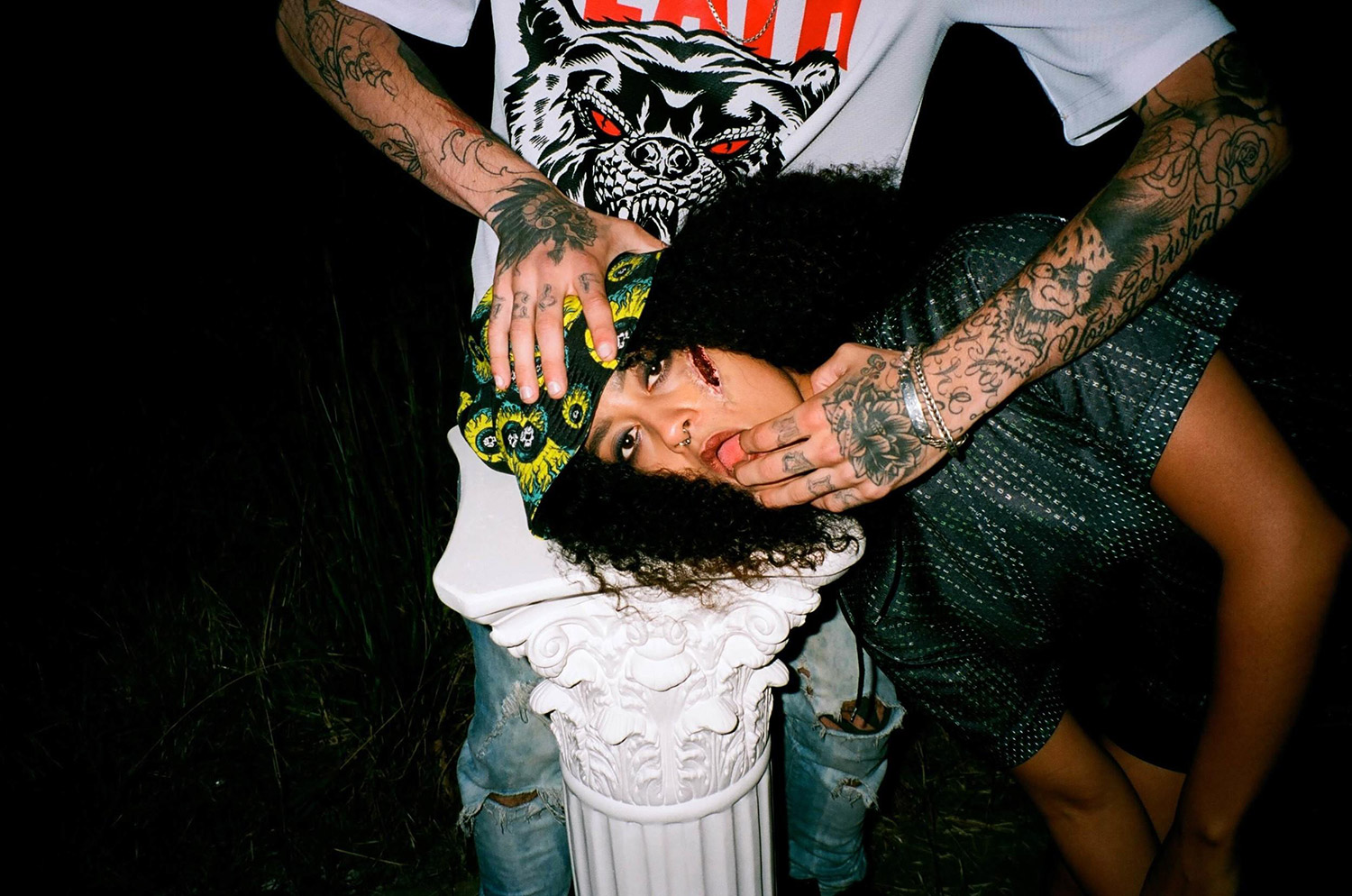 In theatrical scenes of debauchery, Pretty Puke is a contemporary photographer who curates the late-night, emerging youth culture of Los Angeles. Visit his website and you‚Äôll be immersed in a plethora of bizarre‚ÄĒand often raunchy‚ÄĒlo-fi images; subjects include everything from people posing with road kill to vandalizing dumpsters. To some, this may seem like an¬†excessive representation of today‚Äôs youth, but they tell bold, culturally¬†relevant stories about resistance, sexuality, and coming-of-age in the modern, digitized world. 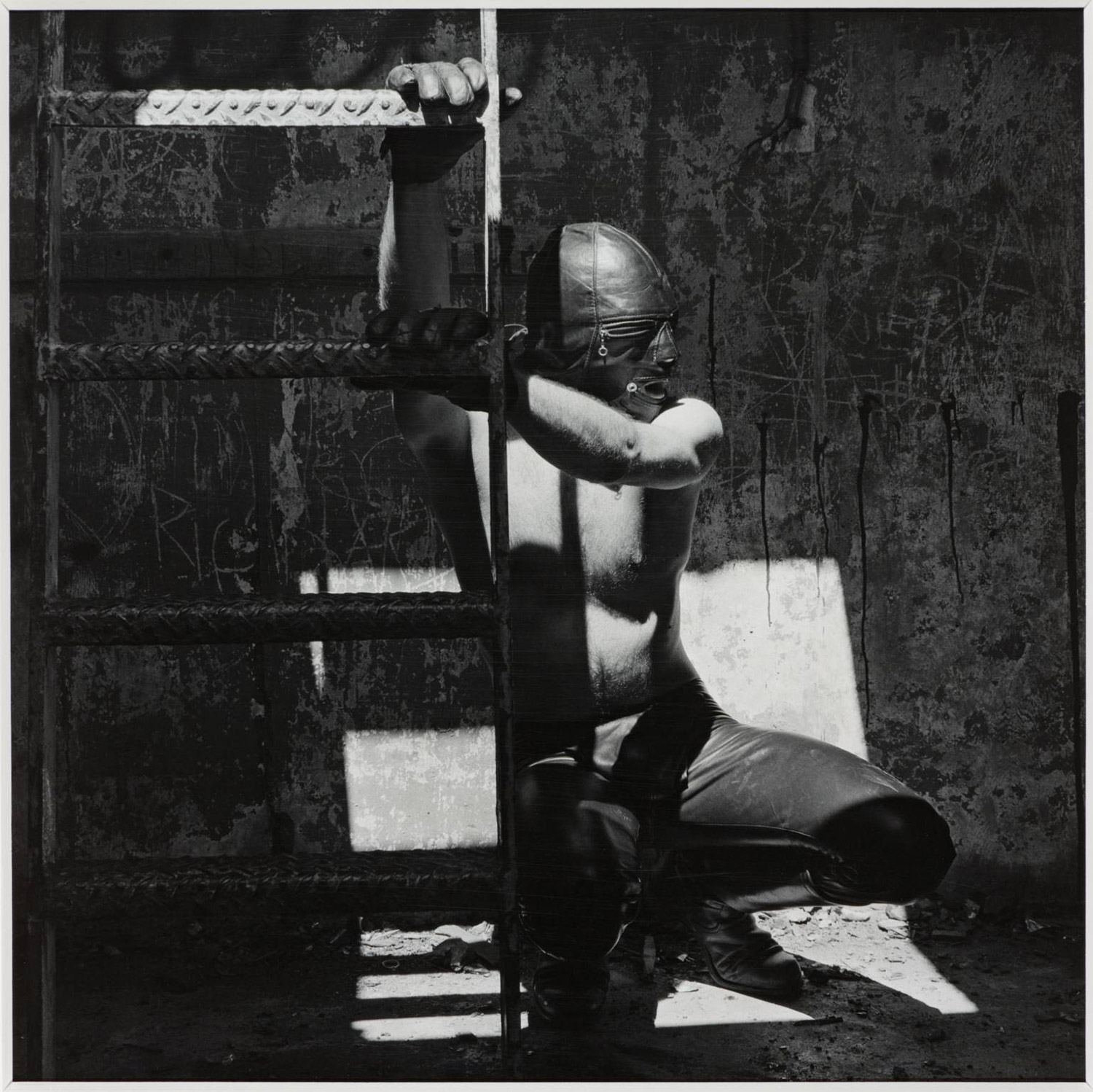 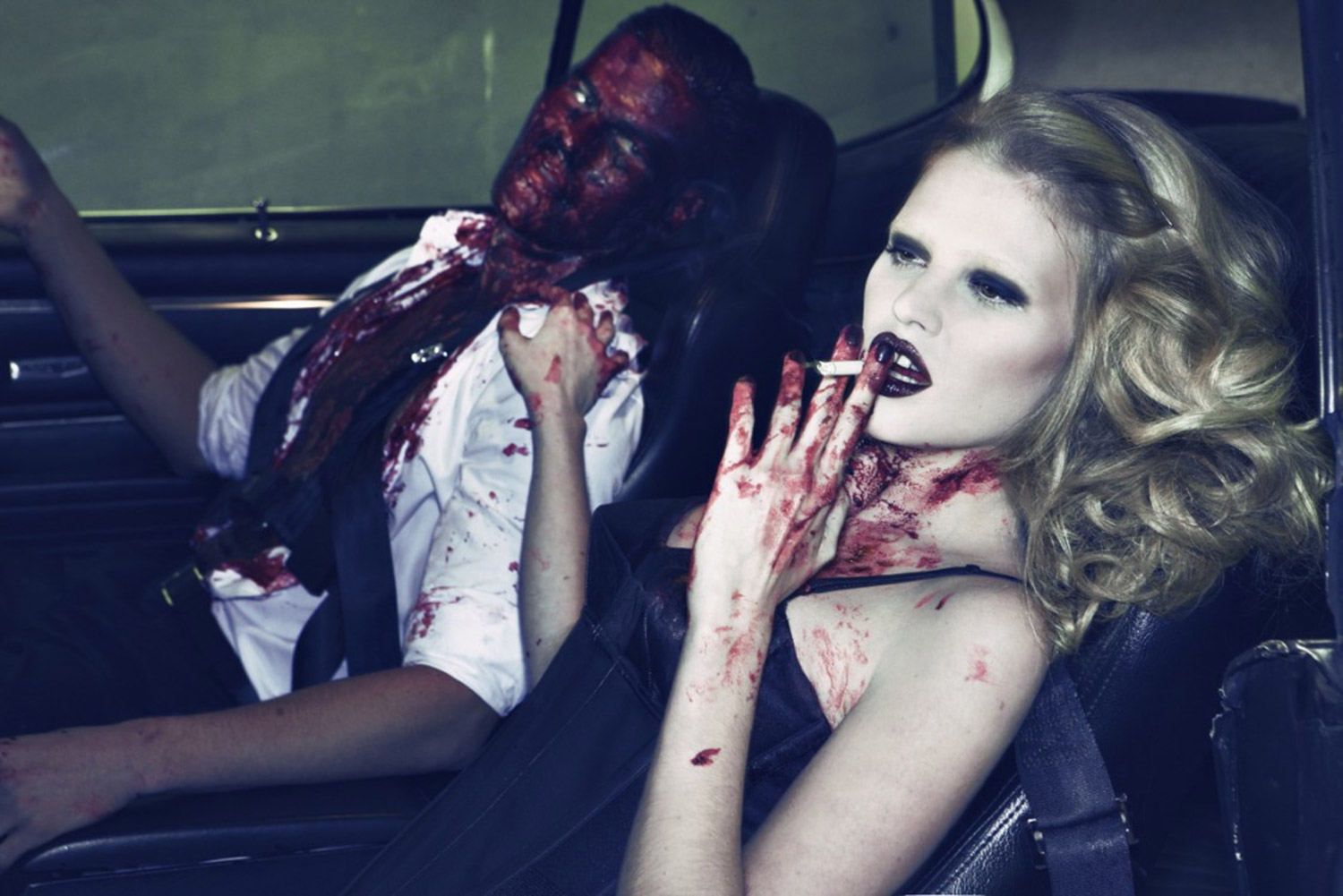 Similar to Bourdin, the work of American fashion photographer Steven Klein pushes the envelope in its representations of race, sex, and gender. The February 2009 issue of Vogue Paris¬†published a series by Klein titled “Lara Fiction Noire,” starring¬†Lara Stone as a vampiric creature. With pale lighting and bold role reversals, Klein’s sexual¬†or post-bloodbath narratives¬†twist the viewer‚Äôs imagination, playing at the crossroads of lust, beauty, and violence. 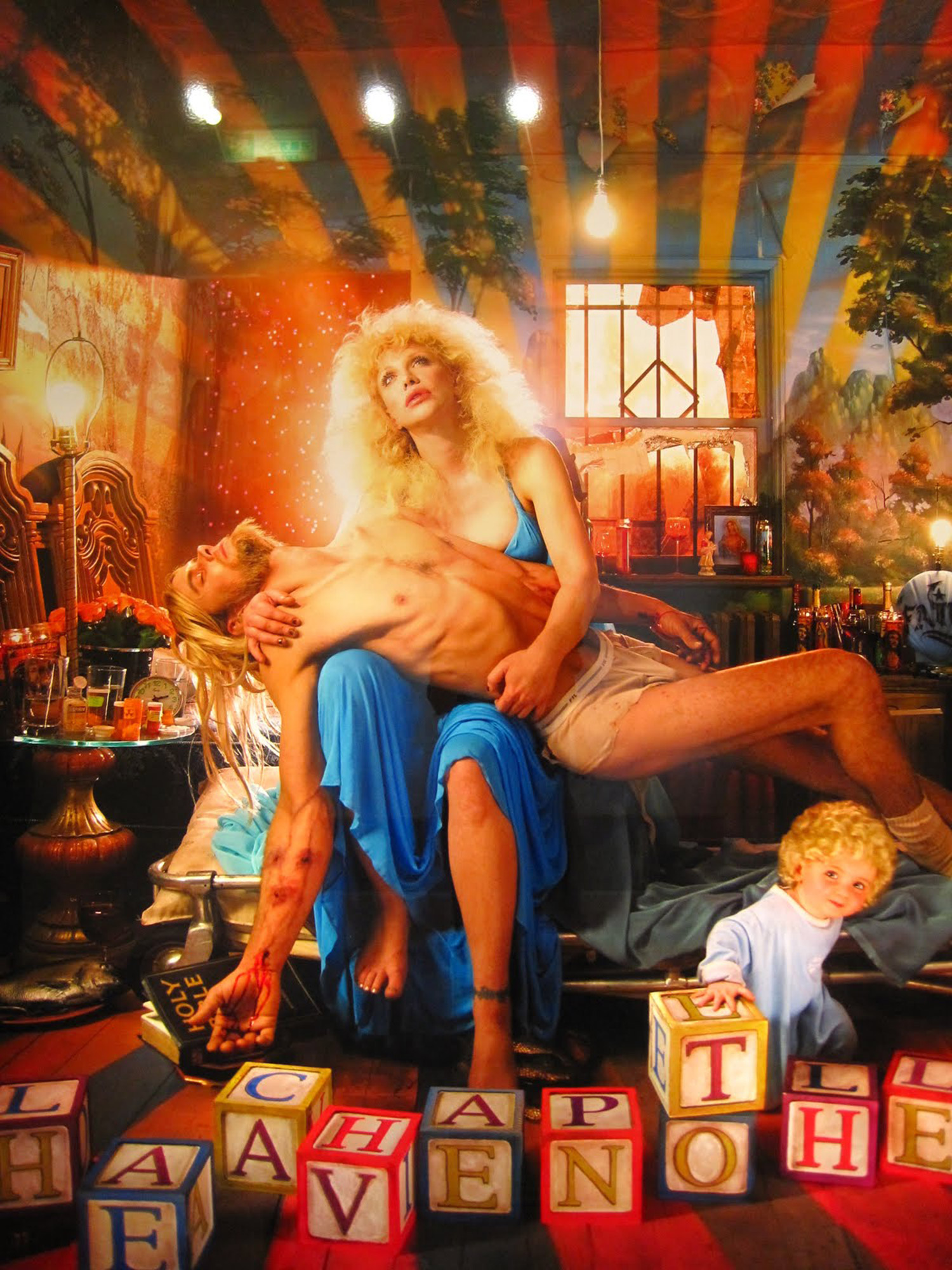 The cover of LaChapelle‚Äôs book Heaven to Hell features Love with a crucified Cobain lookalike on her lap.

David LaChapelle is a commercial photographer known for surreal and often sexualized portraits of well-known celebrities; check out his photo ‚ÄúLusty Spring,‚ÄĚ which features Angelina Jolie in a state of flowery, orgasmic bliss. He is also known for challenging boundaries by showcasing transgender models. His hyperreal and kitschy imagery‚ÄĒsee the eye-popping Cobain/Love piet√† above, for example‚ÄĒcreates¬†sensational storylines. 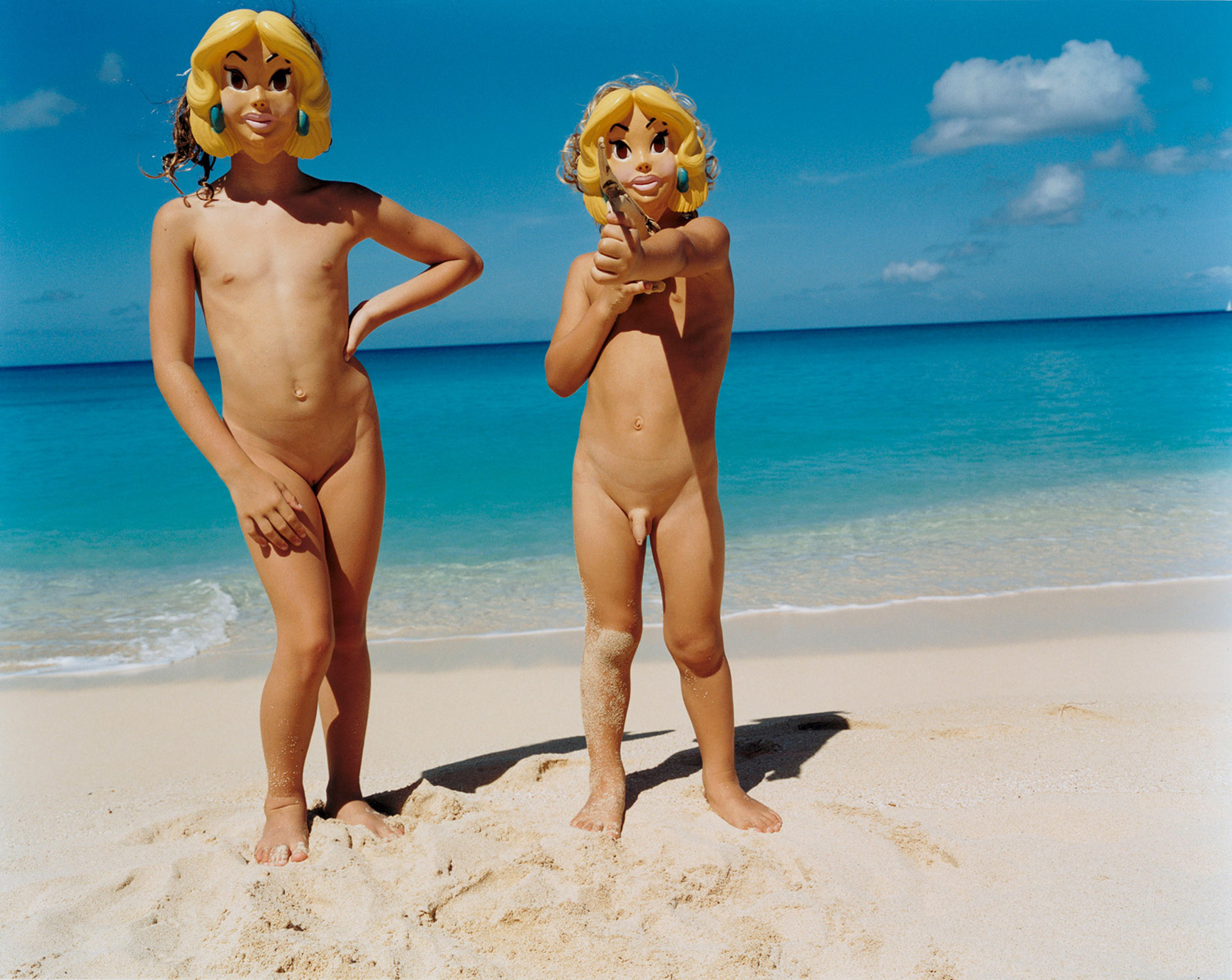 This photo of Gearon‚Äôs children posing on the beach with Disney masks caused a stir.

Tierney Gearon is a contemporary Los Angeles-based photographer known for her colorful and dynamic images, which often feature her family and friends. In 2001, she was given an unfavorable spotlight when she included photos of her children (aged seven and four at the time) in the exhibition ‚ÄúI Am a Camera‚ÄĚ at the Saatchi Gallery. In one photo, the children are posing nude and wearing masks (which they elected¬†to wear) while on the beach. For Gearon, the image is a genuine story about childhood games and silliness; others saw an image of exploitation. Gearon has strongly disputed these claims, and the photo has brought up important questions regarding censorship and the fickleness of perception. 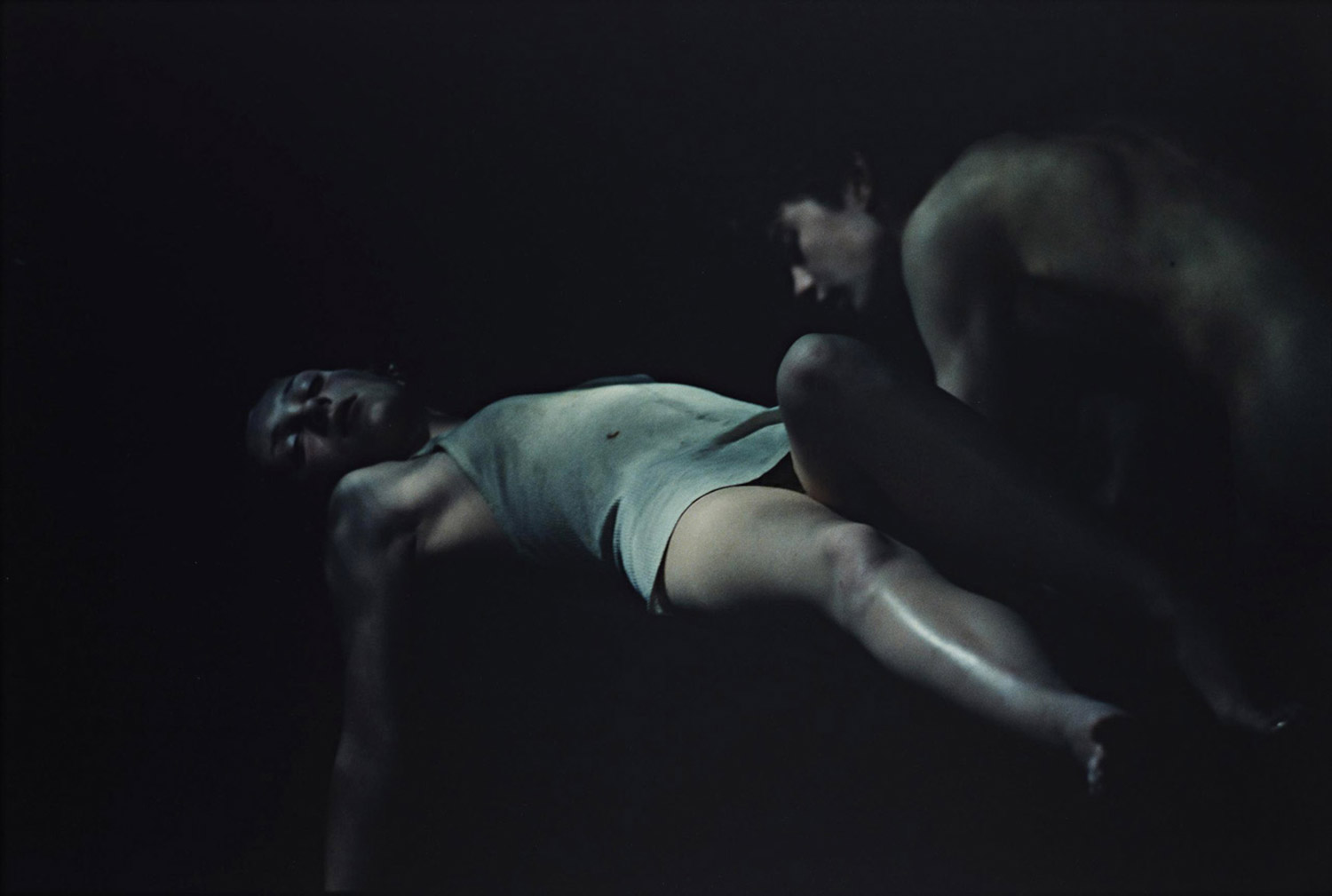 Not unlike Gearon, Australian photographer Bill Henson¬†came under scrutiny for his representation of youth. Some of Henson‚Äôs images depict teenaged boys and girls in painterly, twilight scenes. Nude or partially clothed, the subjects appear romantic, but not overtly sexual (in the end, Henson was not prosecuted). There¬†is a lot of human passion¬†in these photos; each turned face and reaching arm tells an emotionally-rich¬†story¬†about bodily awareness, the power of touch, and the melancholia of youth. 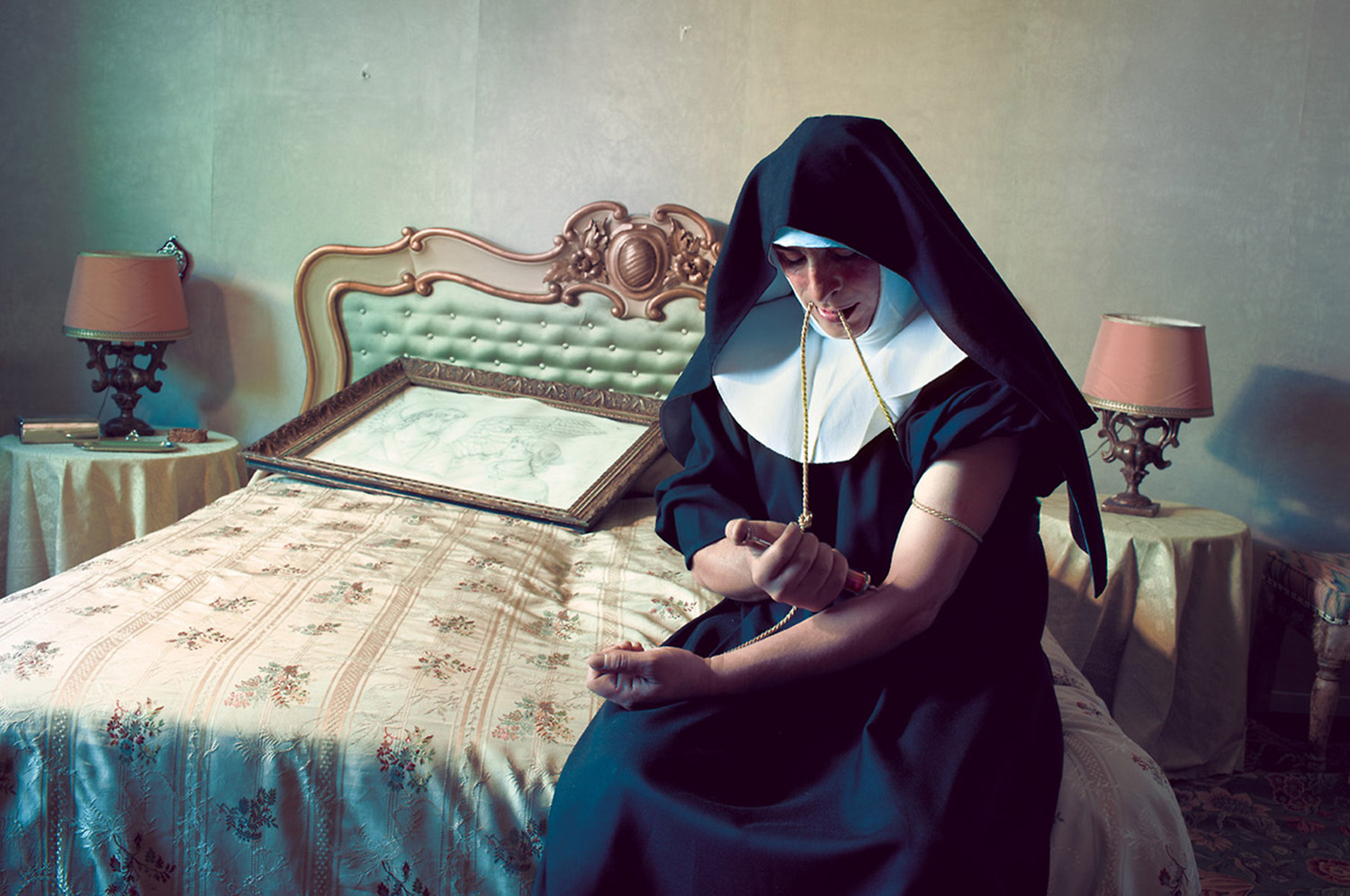 This satirical portrait of a nun-gone-bad was the cover of Toilet Paper magazine‚Äôs June 2010 issue.

Toilet Paper magazine is the offspring of two creative minds: artists Maurizio Cattelan and Pierpaolo Ferrari. Started in 2010, each issue contains surreal images brimming with irony and trouble‚ÄĒa mouth stuffed with hot dogs, or a woman with clothespins clamped to her backside (see their Tumblr for more color-saturated examples). Their stories arrive from a mix of humor, controversy, and shock-value; the nun shooting up in a hotel room covers all of these bases, intended to confuse and provoke us. 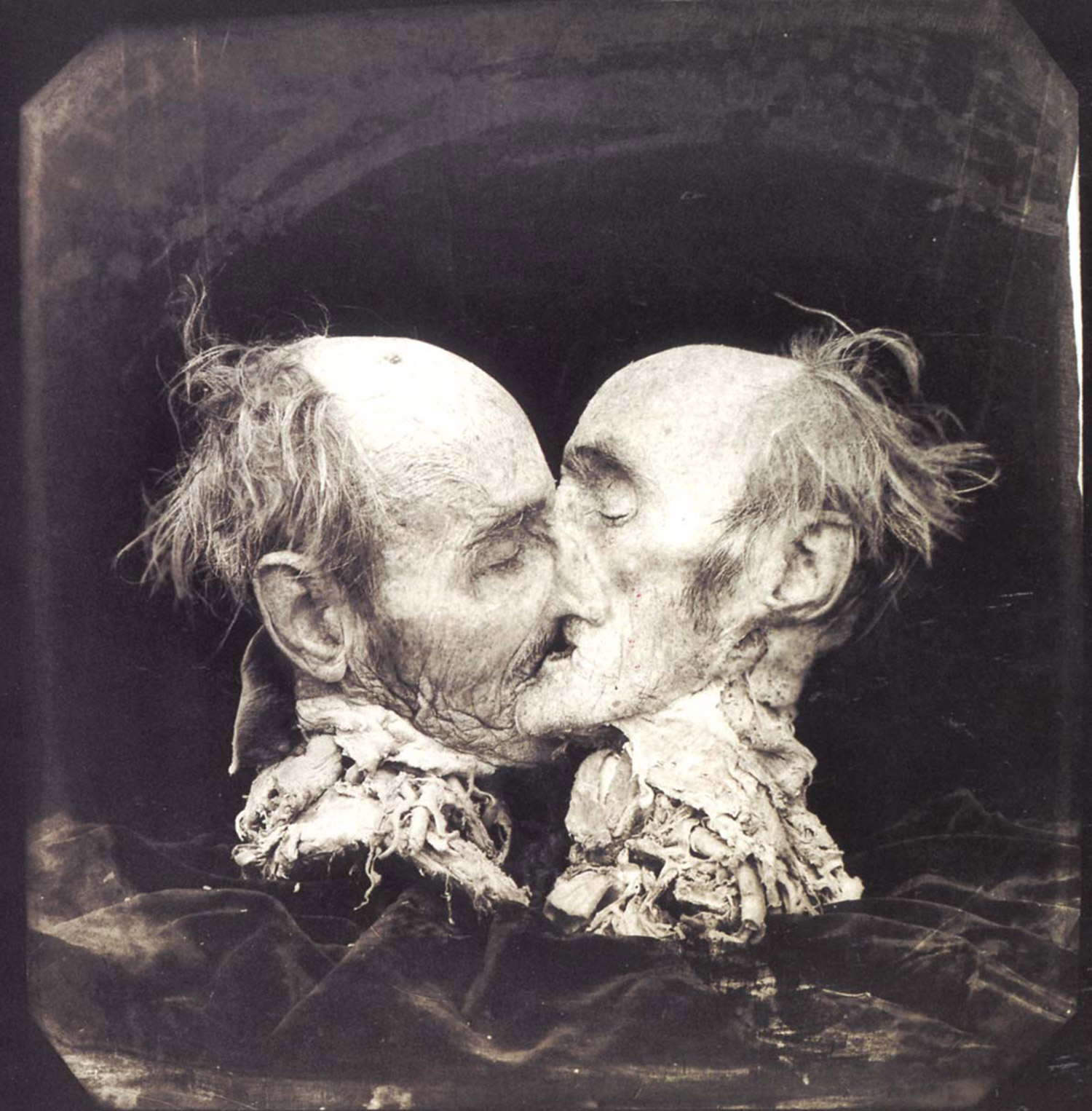 This photograph of Witkin‚Äôs displays a human head that has been cut in half and positioned into a kiss.

We‚Äôll finish this list with something controversial, but in a way that‚Äôs different from the above-mentioned artists; American photographer Joel-Peter Witkin occasionally incorporated dead bodies (or portions of them) into his images. Death and vulnerability are driving themes, originating from a horrific car crash Witkin witnessed as a child. To create his works, he often had to cross the border into Mexico, making deals with hospitals to gain¬†access to anonymous body parts. Many have labeled his work exploitative and grotesque, understandably; but beyond the shock, others might see visceral meditations on societal decay and the¬†transience¬†of life.