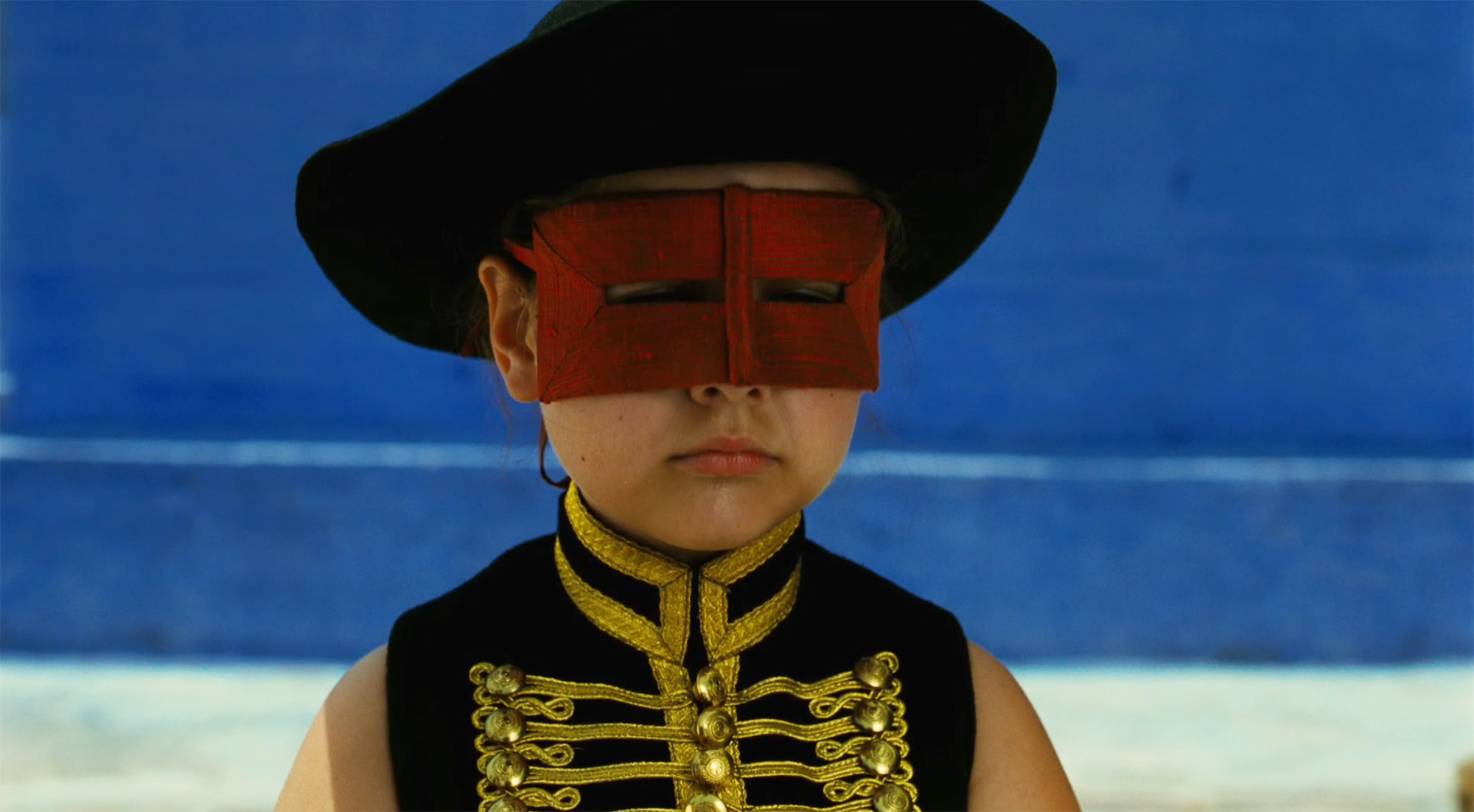 Surrealism in cinema should never be reduced to weirdness for weirdness’s sake and seen as a revolutionary artistic form allowing filmmakers to investigate, reflect upon and transform the rules of the medium.

In Gilbert Adair’s “Flickers” (1995), which every film enthusiast should have on their shelves, the author presented a quote from British director, Michael Powell, which aired the radical opinion that “All films are surrealist. They are because they are making something that looks like a real world but isn’t.”

That might well be the case, but, to re-work a famous line from George Orwell’s classic story, “Animal Farm” (1945), some films are more surrealist than others.

Top: Catinca Untaru’s dialogue in “The Fall” was mostly ad-libbed. 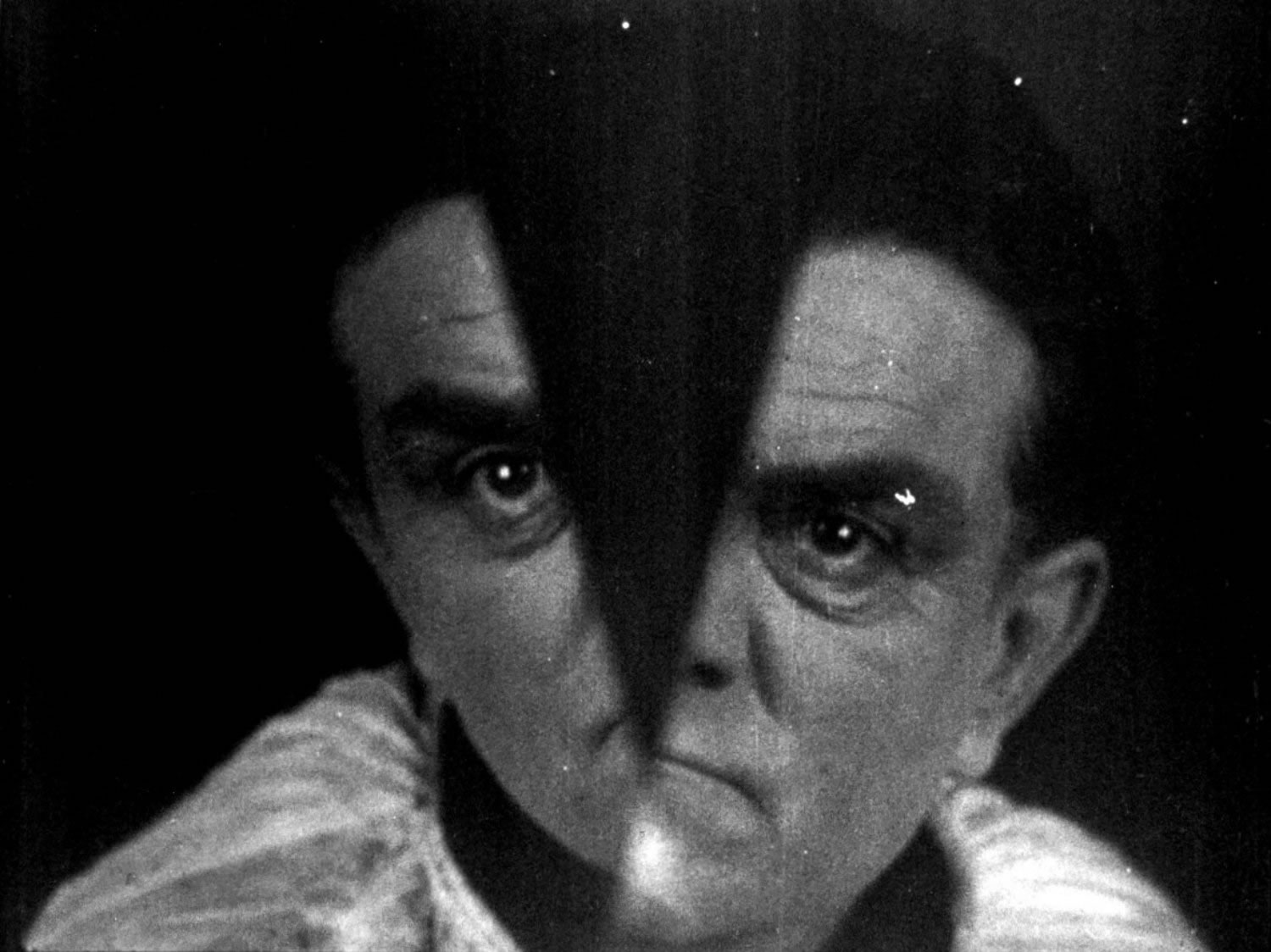 Antonin Artaud was very unhappy with what is often accredited as the first surreal film ever made.

The Seashell and the Clergyman

Preceding “Un Chien Andalou” by one year, Germaine Dulac’s overlooked short was written by Antonin Artaud, one of the movement’s most brilliant but looniest individuals. Artaud had wanted to make a film of pure images but wasn’t impressed by Dulac’s interpretations of his scenario. The pair fell out and “The Seashell and the Clergyman” (1928) has been obscured by Buñuel and Dalí’s debut ever since. 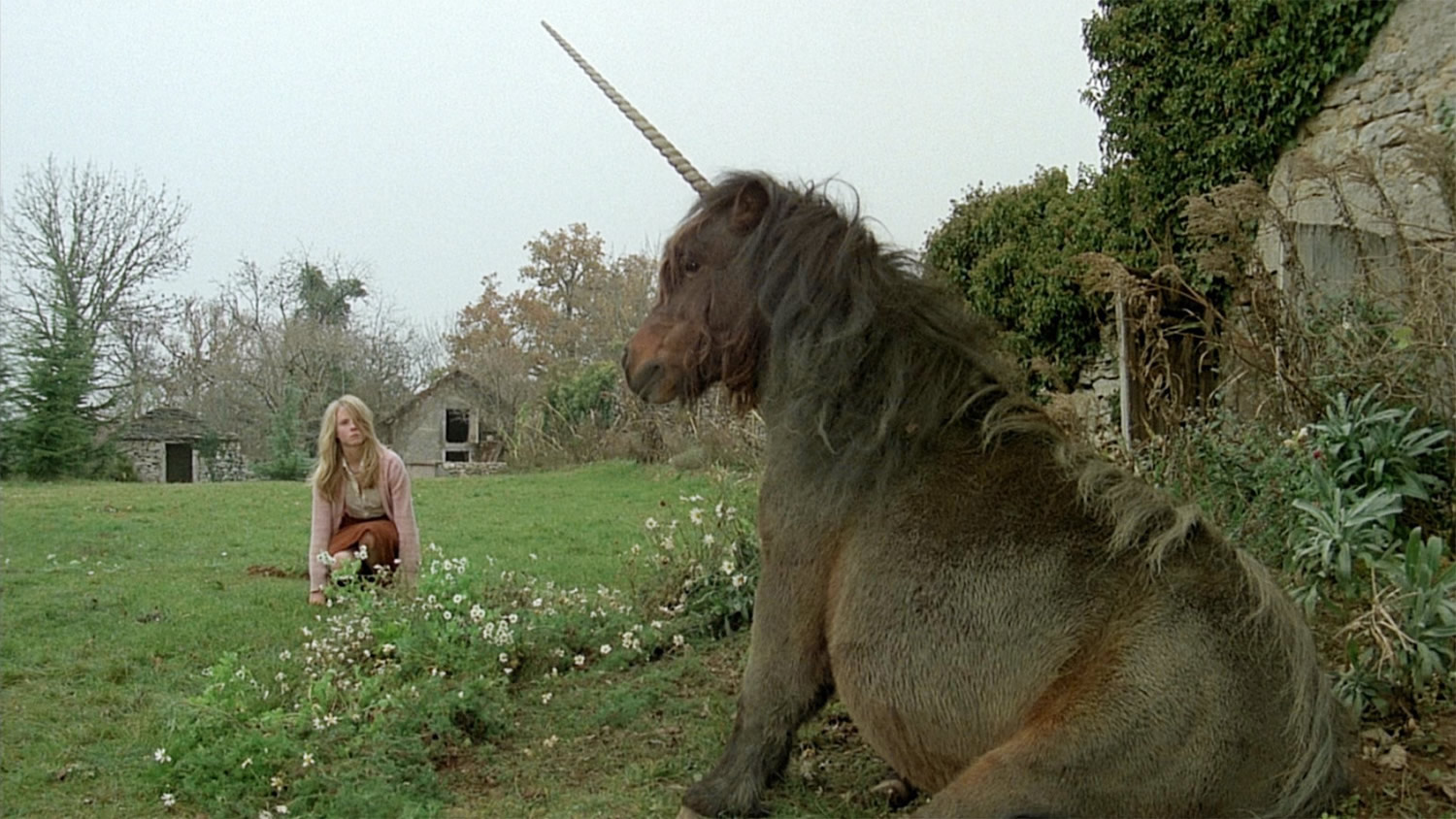 “Black Moon” was filmed at Louis Malle’s own country estate, “The Crow’s Call,” in the Dordogne region.

Louis Malle filmed his 1975 surrealist fantasy in his own country manor house. Inspired by “Alice in Wonderland” and the 1970s Women’s Movement, “Black Moon” is a strange and not entirely successful picture by the acclaimed director of “Elevator to the Gallows” (1958) and the madcap French New Wave classic, “Zazie dans le Metro” (1960). It’s very much a curiosity item and well worth seeking out. 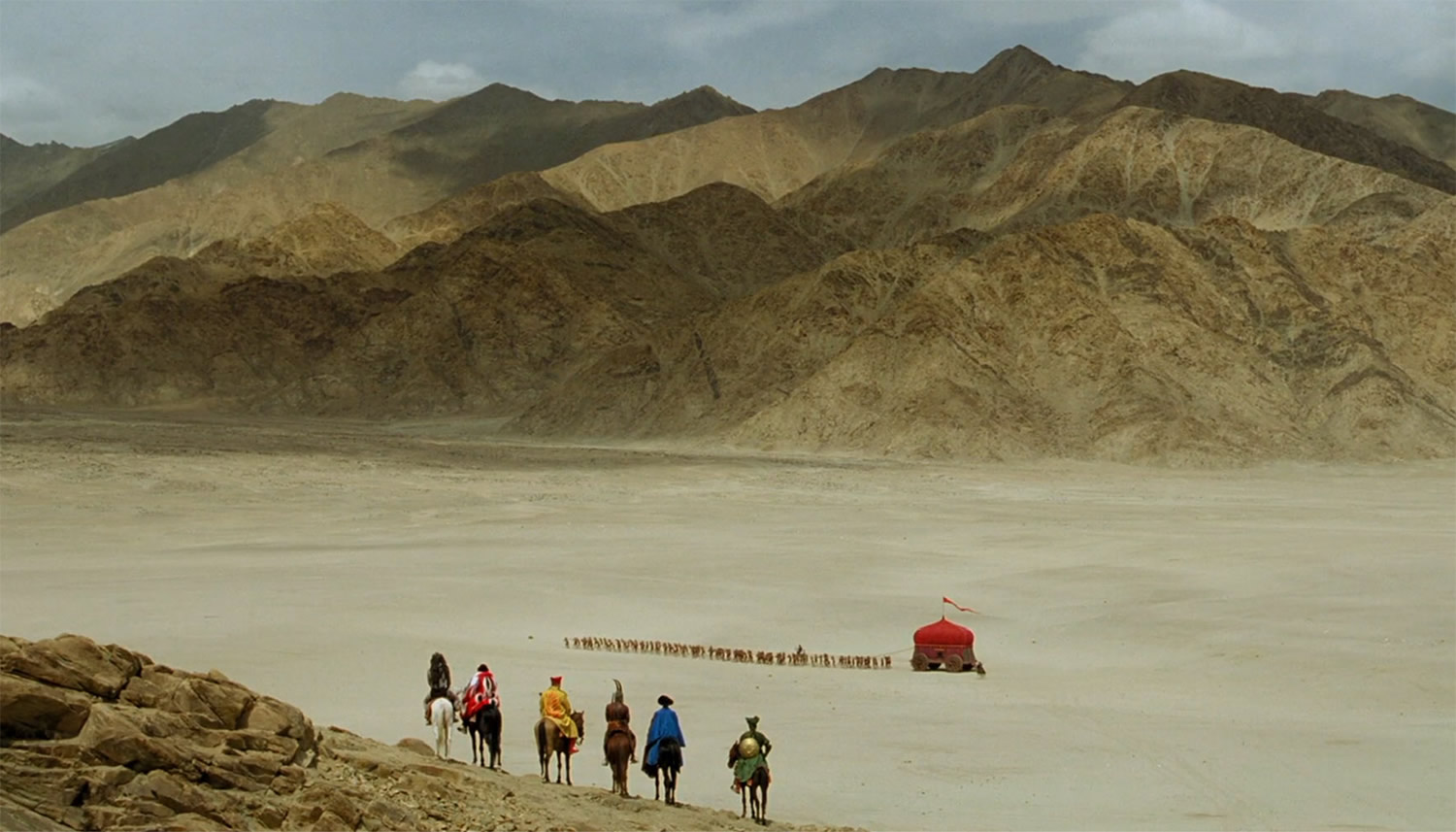 It’s the only Tarsem production where an inability to tell a story works entirely in his favour. The man is not a natural born storyteller, for sure. “The Fall” (2006) is crammed with sumptuous imagery and its constant reinvention as a fairy tale narrative covered up Tarsem’s usual failings. “The Fall” was a passion project for its director, who largely funded the project out of his pocket. 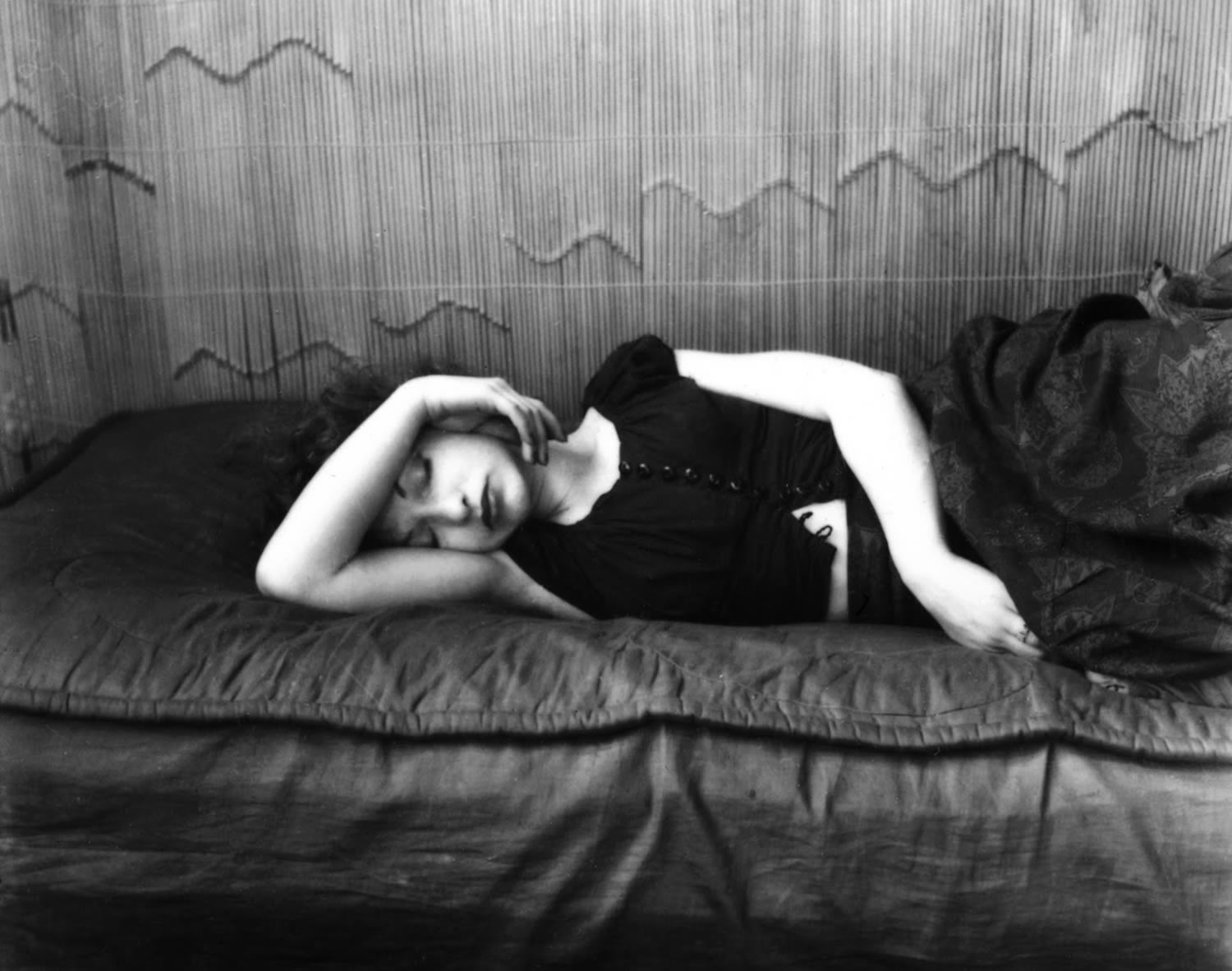 Maya Deren is the high priestess of American avant-garde and surrealist cinema.

Meshes of the Afternoon

Maya Deren’s “Meshes of the Afternoon” (1943) is a landmark in American avant-garde cinema. In 1990, it was selected for preservation in the National Film Registry due to its cultural significance. A tour de force of psychological cinema, Deren’s use of objective and subjective camera shots is eerie and really quite remarkable. The short film would have a particular aesthetic influence on David Lynch’s “Lost Highway” (1997). 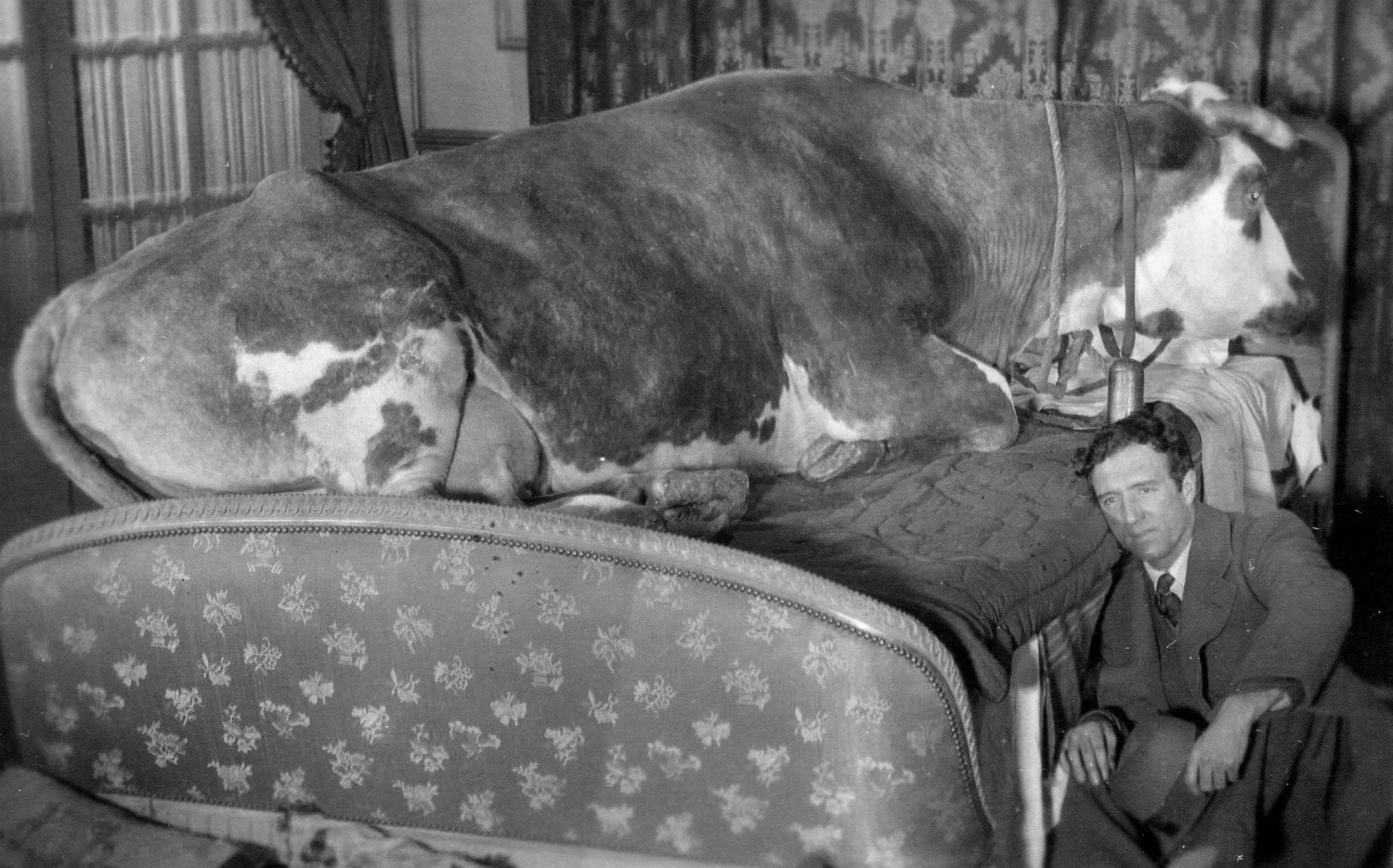 Prints of “L’Age d’Or” were removed from circulation in 1934 and not seen again until the late 1970s.

The second collaboration between Luis Buñuel and Salvador Dalí didn’t go as smoothly as their first, “Un Chien Andalou” (1929). Again financed privately by nobleman Charles de Noailles, “L’Age d’Or” (1930) is another proto-screwball comedy about a young couple unable to get it on. The grand finale reworks the Marquis de Sade’s “120 Days of Sodom” (1785) into one of the most perfectly blasphemous scenes of all time. 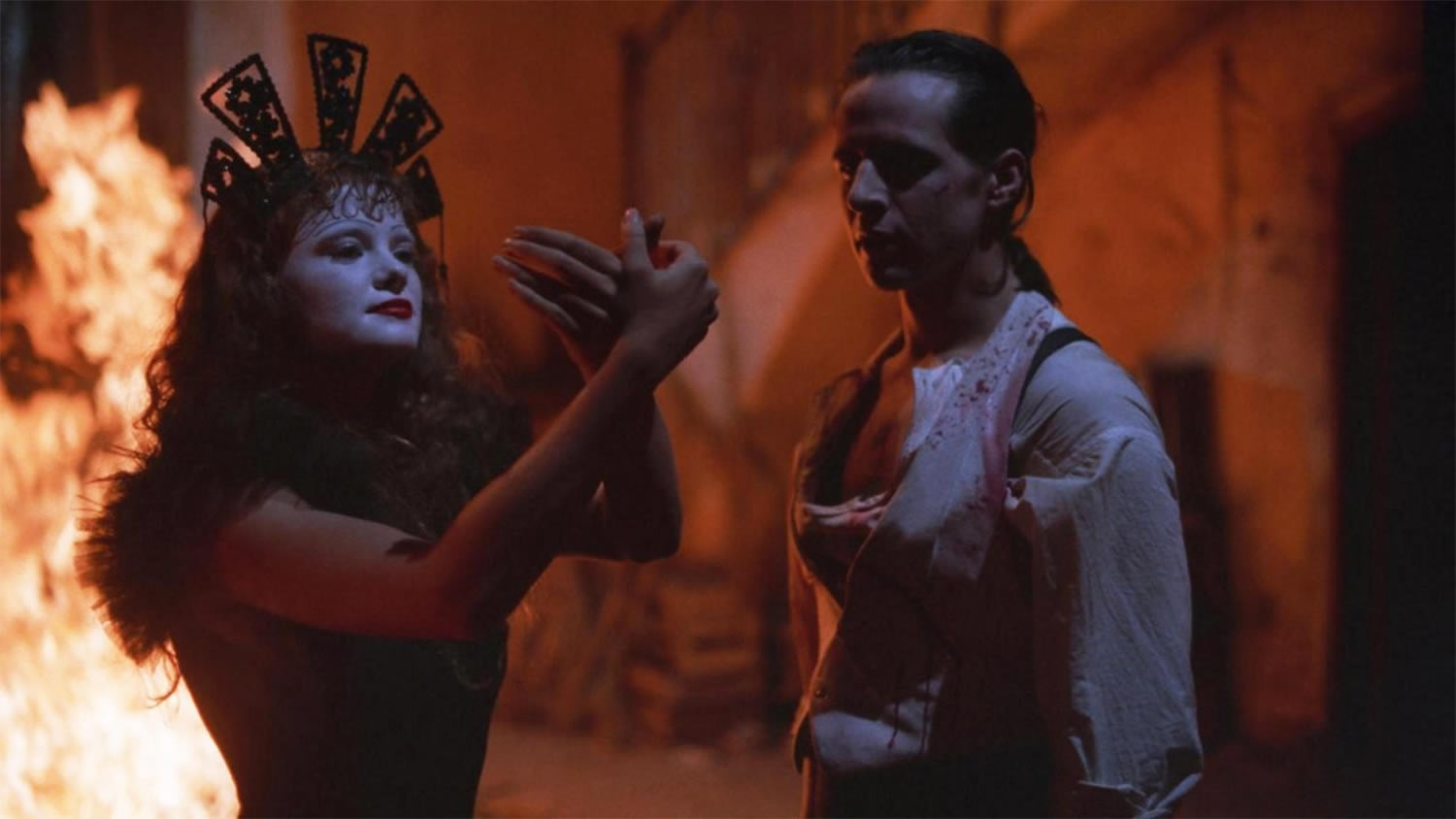 Alejandro Jodorowsky’s “Santa Sangre” (1989) comes on like a silent-era melodrama laced with LSD. The Chilean director has proved to be one of the master surrealist filmmakers that the medium has ever known, and “Santa Sangre” is one of his most accessible works. It’s still completely crackers, mind. “Santa Sangre” was produced and co-written by Claudio Argento, brother of horror maestro, Dario Argento. 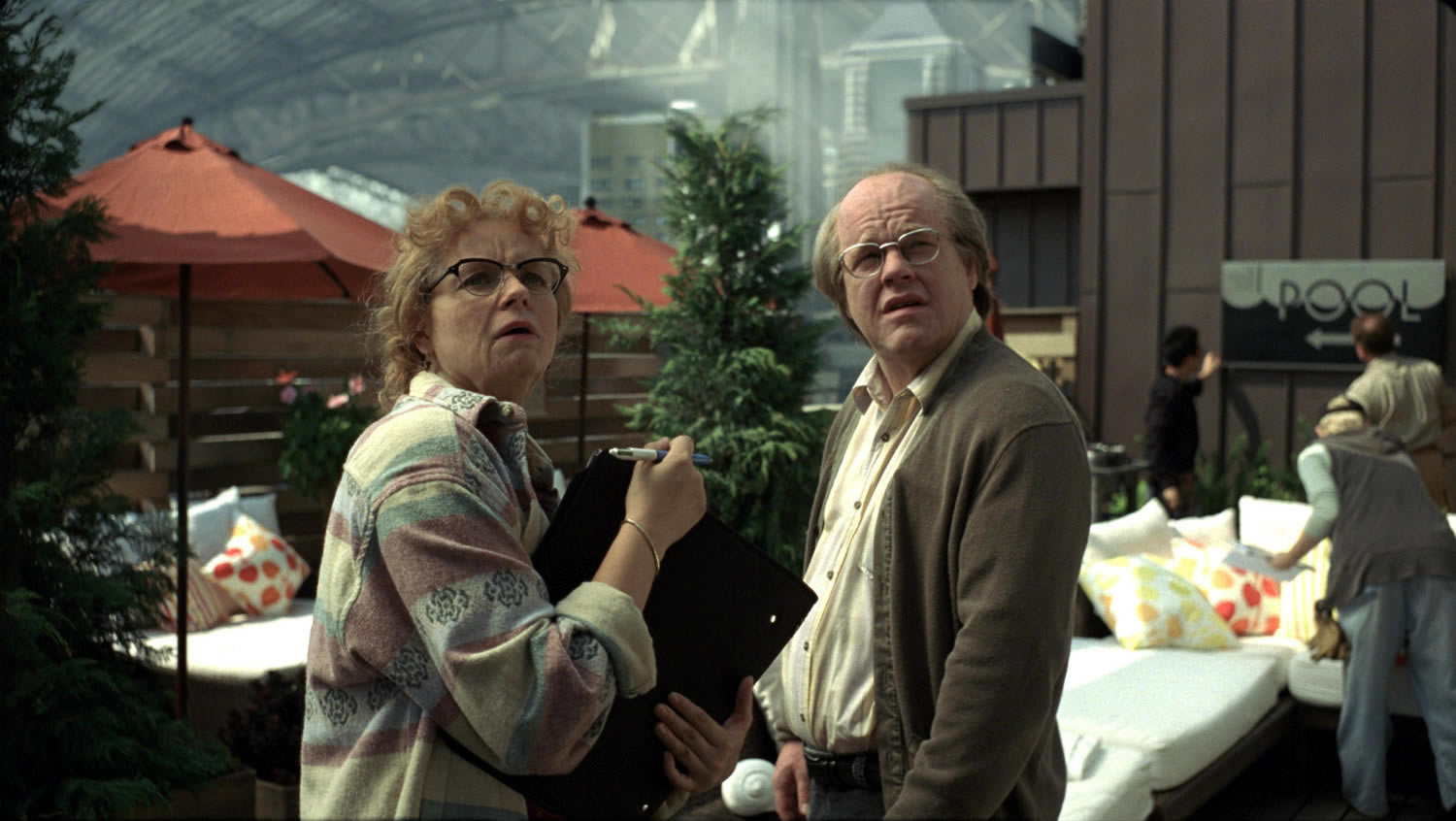 Director and playwright, Caden Cotard (Philip Seymour Hoffman), is awarded a grant to produce the theatre production of his dreams. Charlie Kaufman’s extraordinary deconstruction of the creative process and accompanying anxieties never loses sight of its emotional core. It’s one of the best movies of 21st century so far and the most important role the late Hoffman ever played. 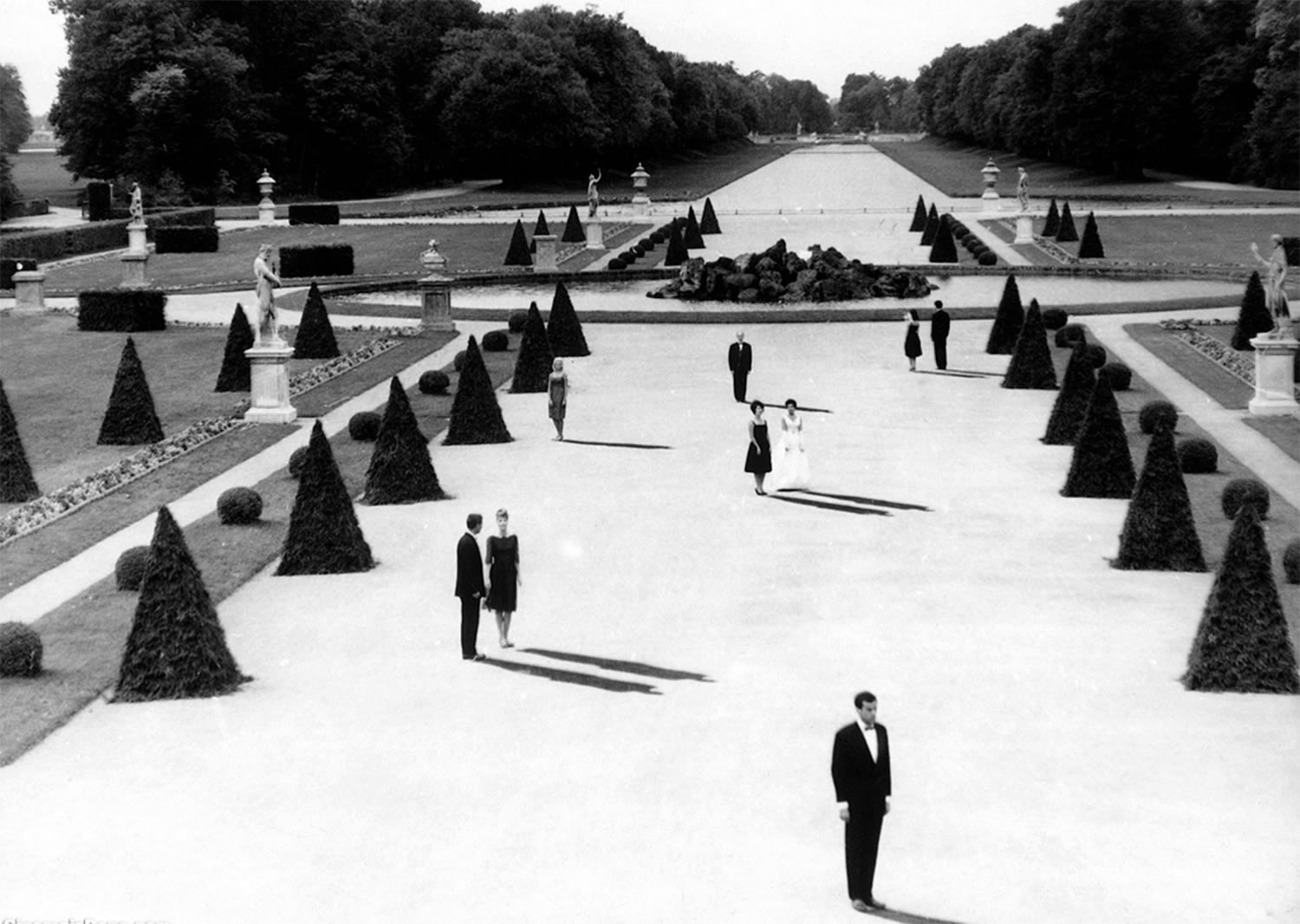 The shadows in this famous still were painted on to the ground.

The primary joy/torture in watching Alain Resnais’ “Last Year in Marienbad” (1961) is that multiple viewings leave you as stumped for answers as the first time. It’s been described by the Criterion Collection as “one of the great, lasting mysteries of modern art.” “Last Year in Marienbad” is a truly singular piece of work. It won the Golden Lion at the Venice Film Festival in 1961 and has baffled audiences ever since. 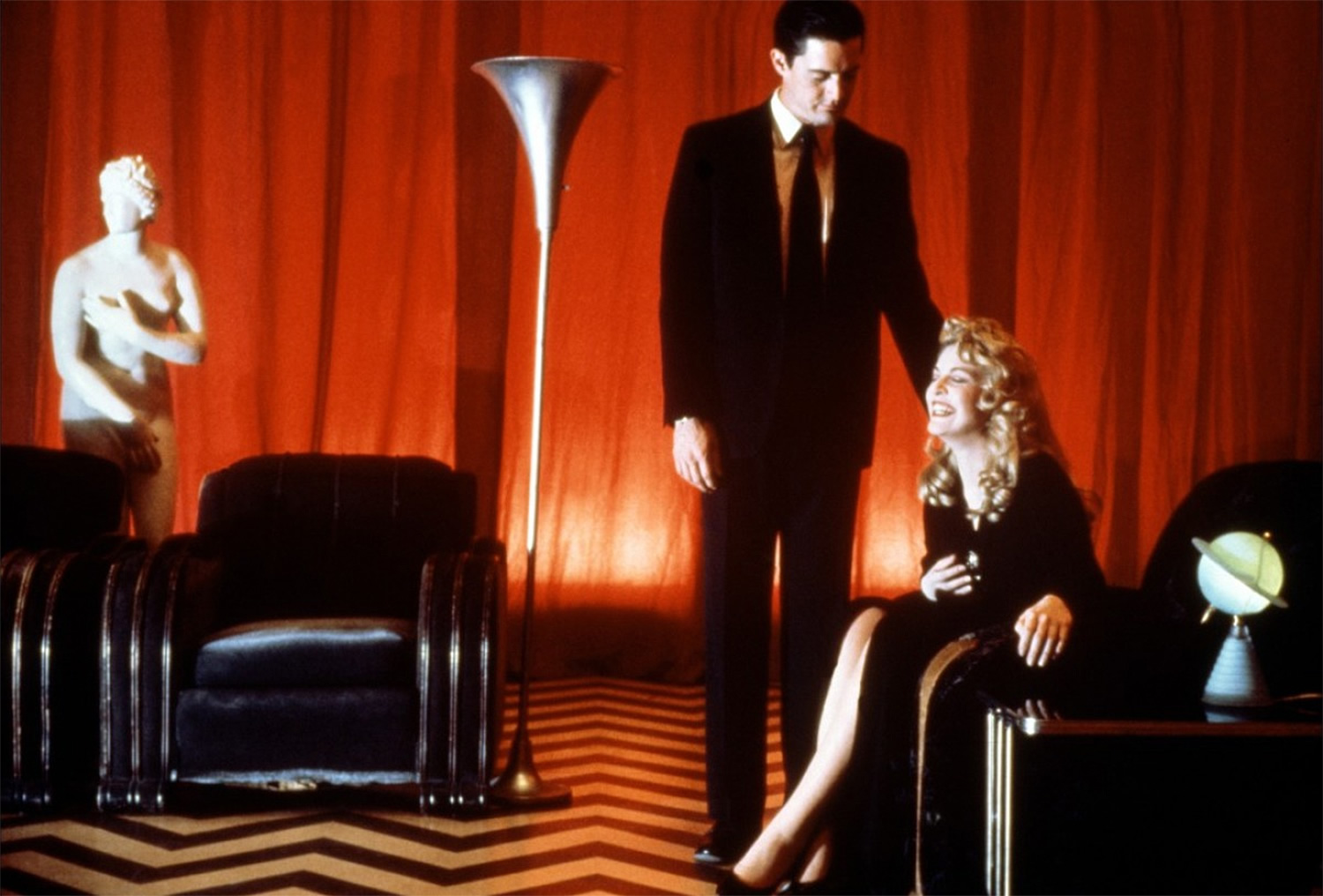 Twin Peaks: Fire Walk with Me

The television series became a cultural phenomenon, but when David Lynch decided to make a prequel to “Twin Peaks” in 1992, the film was met with negative reviews across the board. One critic declared it a “profoundly self-indulgent prequel.” Twenty-three years later, however, “Twin Peaks: Fire Walk with Me” is finally getting the critical respect it always deserved. 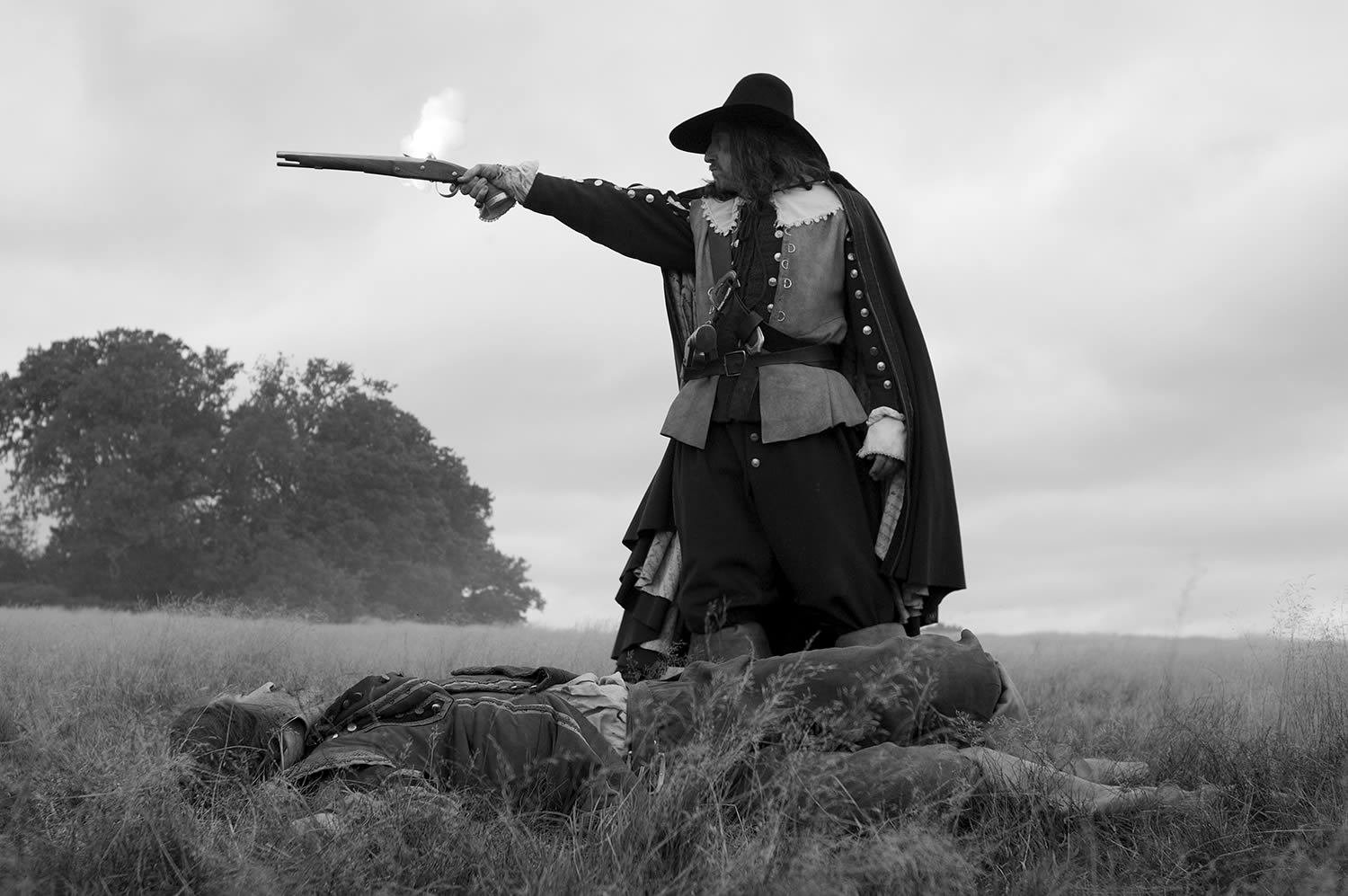 Ben Wheatley was inspired to make the film after working on a documentary about the English Civil War.

A Field in England

Shot in black-and-white and set during the English Civil War, “A Field in England” (2013) is a thoroughly British oddity from director Ben Wheatley. The experimental formalism and trippy story was inspired by research into hallucinogens and drug-taking in the 17th century.