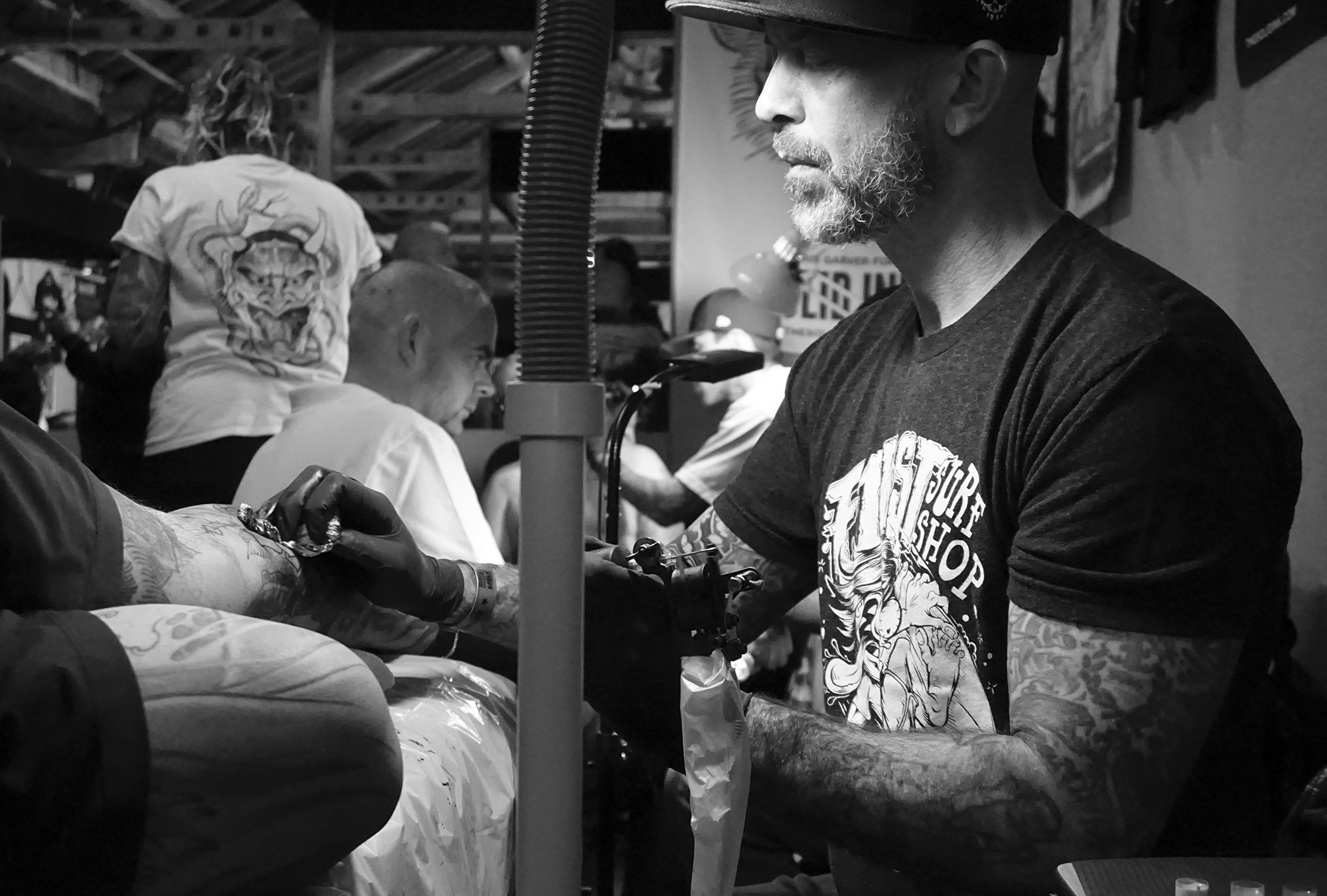 In a summarized historical explanation, the ŌĆ£Tattoo RenaissanceŌĆØ began in the late 1950s with tattooers like Lyle Tuttle, Don Nolan, Zeke Owens, Ed Hardy, and others pioneering the way.

ŌĆ£Between the hippie movement of the late ŌĆś60s and the feminist campaigns and rights movements, the tattoo industry saw itself in the midst of a rebirth of sortsŌĆØ; increasing customer base, visibility through tattooed celebrities, and pop culture. During the 2000s, tattooing had yet another peak with the appearance of television shows such as ŌĆ£InkedŌĆØ (2005) and ŌĆ£Miami InkŌĆØ (2008, starring Chris Garver and Ami James), which gave us a look into the world of tattooistsŌĆöimproving social stigma.

With more legendary artists contributing to 21st-century history, Chris Garver is among them and one we are highlighting here today. He became a professional tattooer in the late 1980s and has worked in New York City since the 1990s. Below, you can read our interview with Garver taking us back to that period when the Health Department banned tattooing. 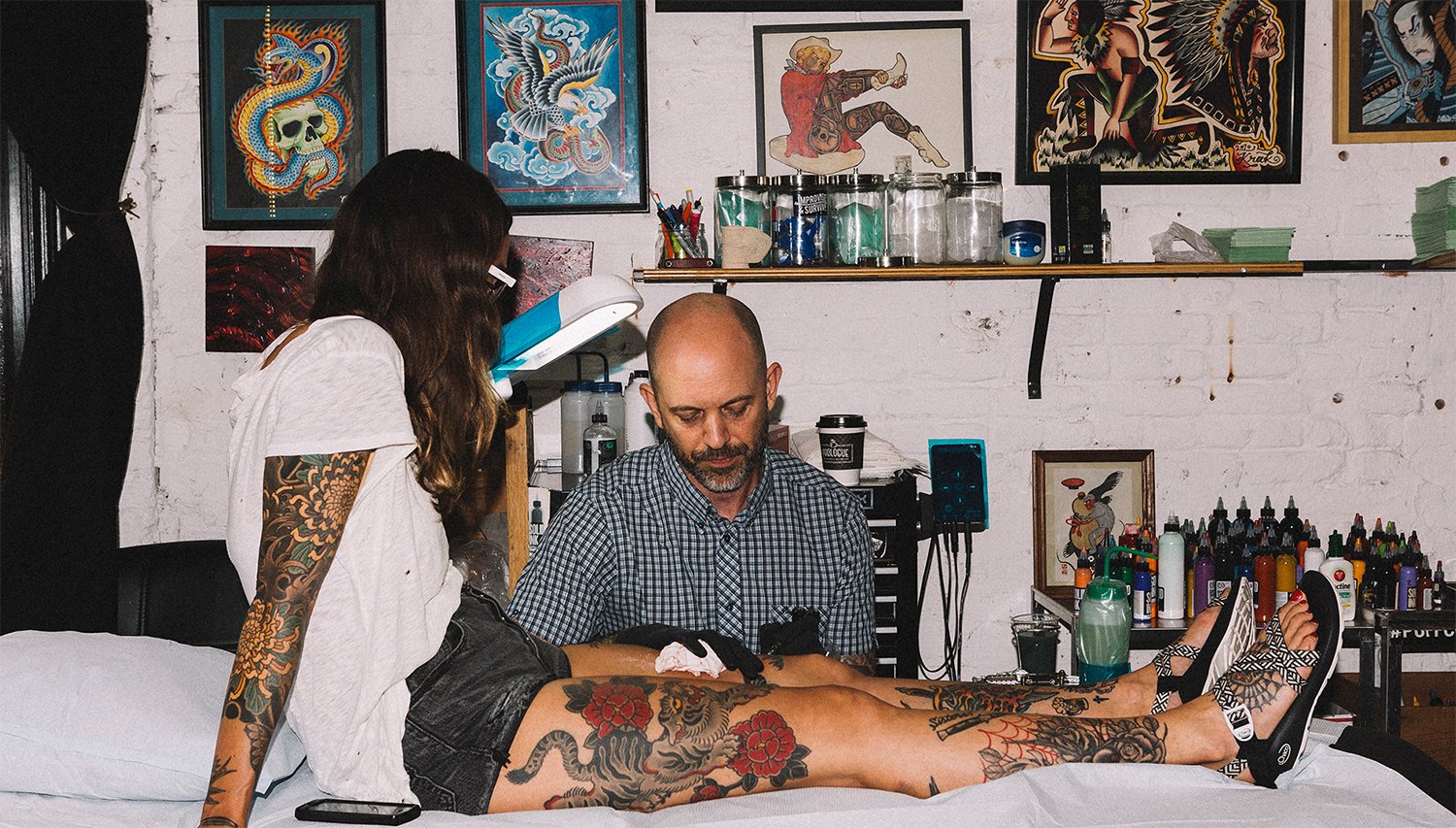 When you started working at New York Adorned, the shop already had an appreciation for ŌĆ£tattooing as art,ŌĆØ which wasnŌĆÖt common in the 90s. Did working there help you become a better artist?

Yes, working at Adorned exposed me to more tattooers pushing it artistically, and more people like that were my age. Before that, I was working with older guys and at biker shops. So, when I got to Adorned, I think my growth was pretty significant there. 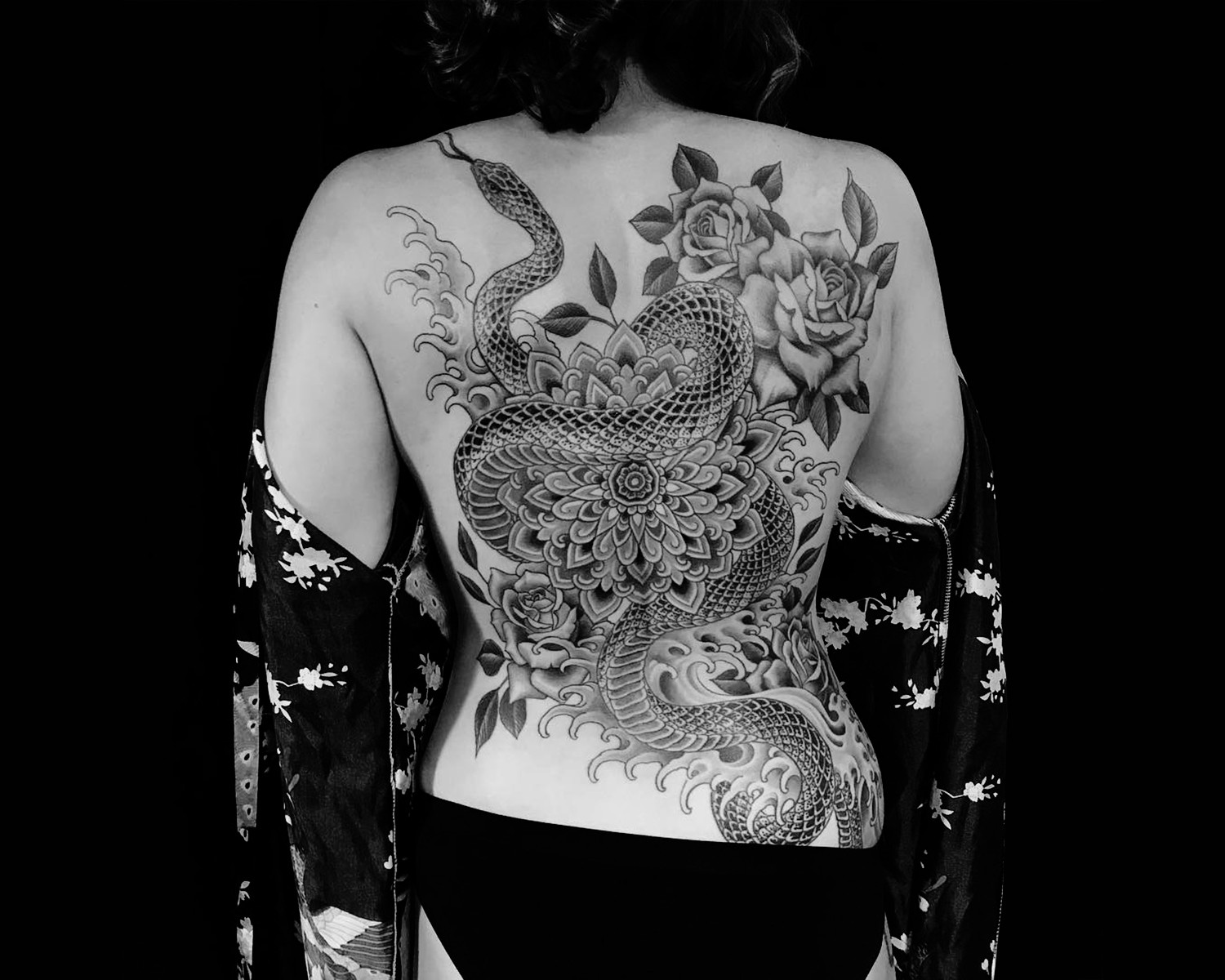 Garver inked this epic back piece for Clarissa, her first tattoo ever!

You were working with tattooists that were more advanced than you?

I worked with people that I felt were way more advanced than I was, so I had to play some catch-up. But it was great! Mike Ledger and Scott Harrison were artists that were always there and excellent to work with. And weŌĆÖd constantly have fantastic guest artists too.

Adorned owner Lori Leven focused on the business side, which facilitated you and colleaguesŌĆÖ concentration on the creative side.

Yeah, she was good at that. I think thatŌĆÖs one of the most incredible things she did, making tattooing comfortable for the artist. She catered to the artist, and she knew how to do business too. Usually, the guys I worked with were [scrambled] like on a pirate ship, and then all of a sudden, it was civilized, almost. 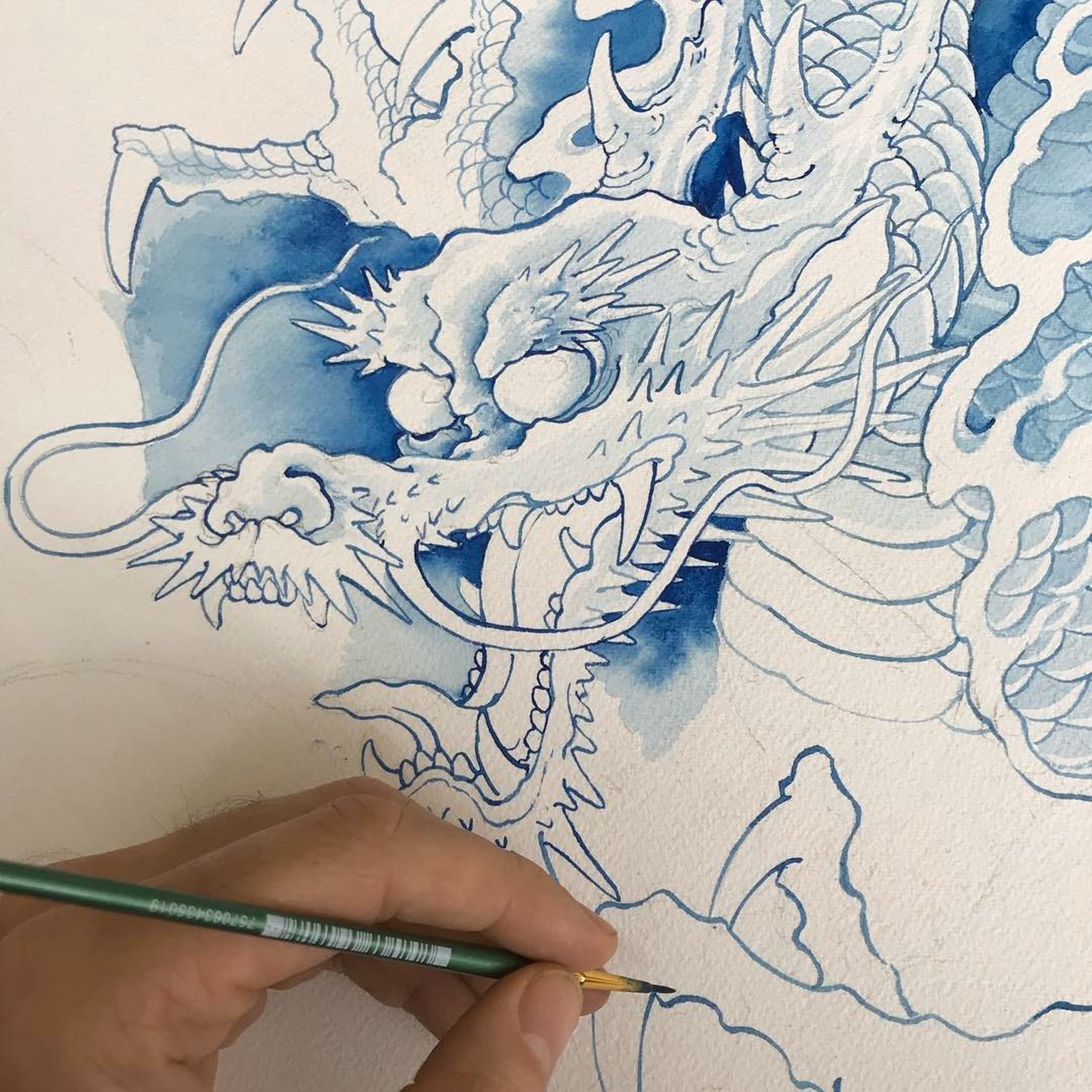 A work-in-progress by Chris Garver.

Much has changed since then.

Before she did Adorned, I donŌĆÖt think that any shops had helpers, like assistants, who cleaned after you and bused your table. Before, it was like you did everything yourself. Now, the tattooers are all spoiled. We all have people do things for us. 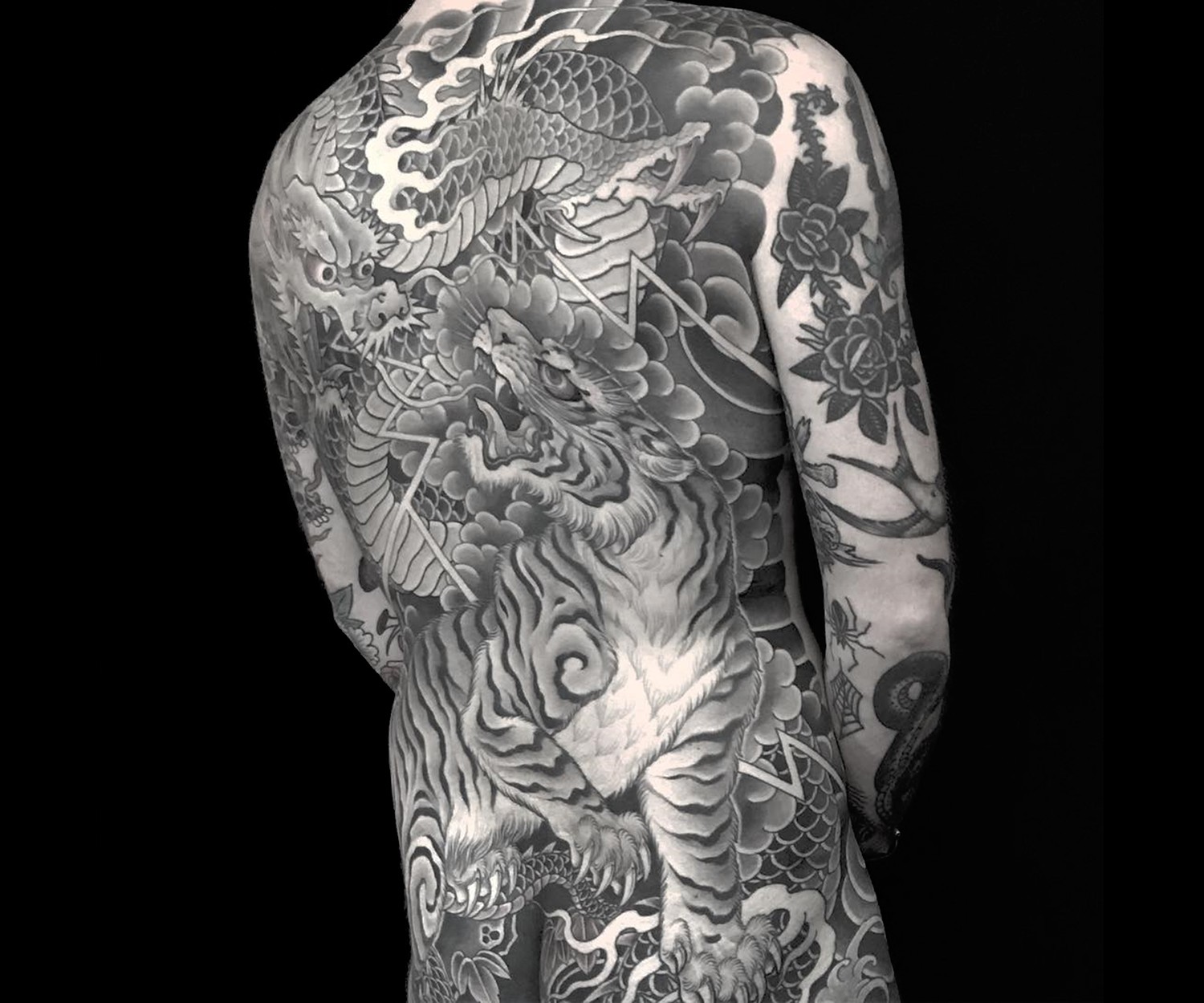 Still referring to the 90s and your first-person experience, then. Why did New York take longer to evolve its tattooing scene in regards to San Francisco?

One of the things that kept New York back a little bit was that it was illegal. Many people were probably scared to tattoo in an environment where youŌĆÖre doing something criminal. So guys who were artsier probably didnŌĆÖt want to get arrested for tattooing or tattooing unsavory people. 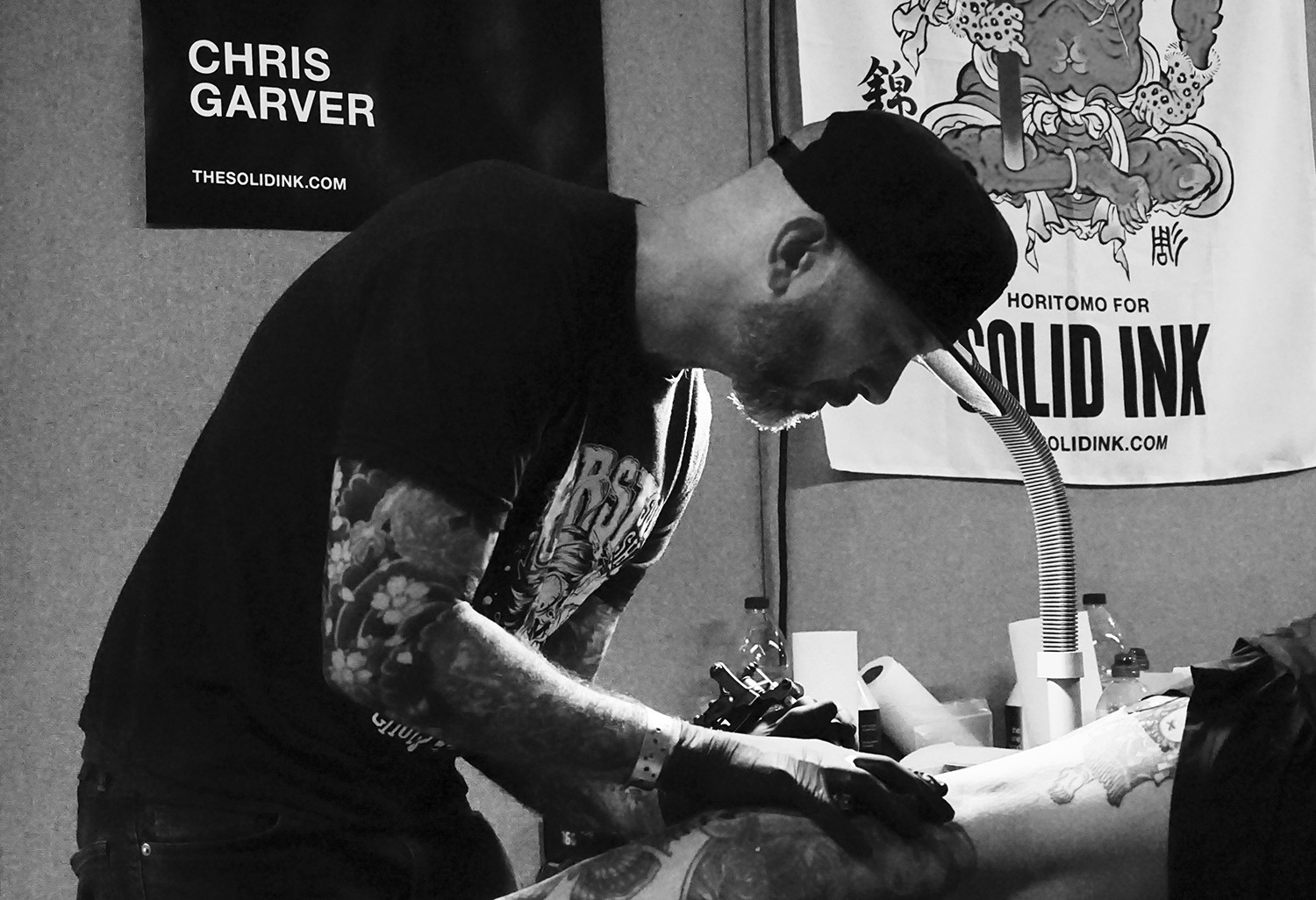 Tattooing a client at Tobacco Dock in London, UK.

It was almost like doing graffiti in the 90s.

Probably! Yeah, I think doing something illegal stops many people from doing it. [Laughter] I almost preferred it; it was more dangerous.

It kept timid people away. 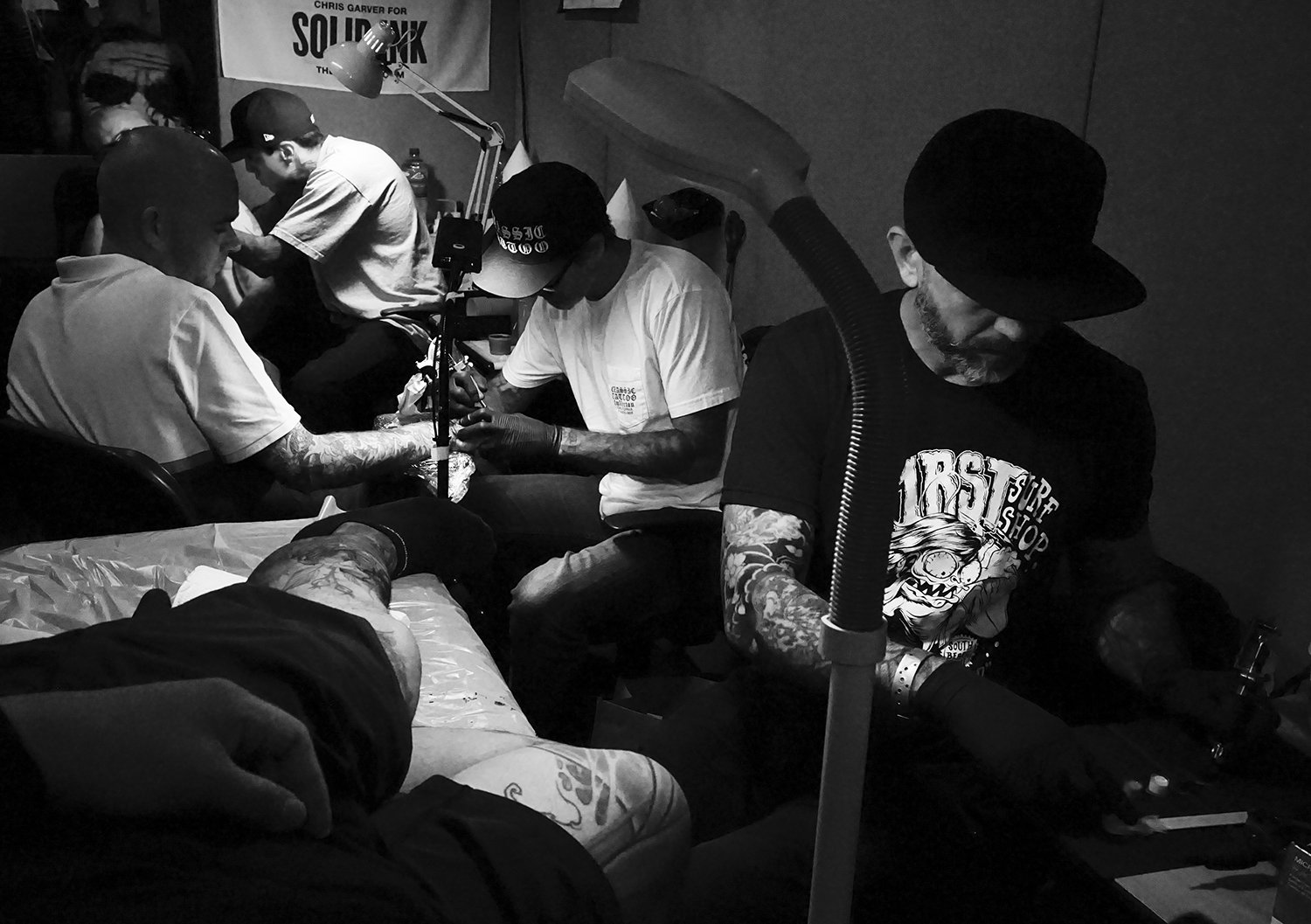 Did you ever get arrested because you were tattooing?

No, I never got arrested. But once, my boss Jonathan Shaw said, ŌĆ£You know what? LetŌĆÖs do it openly. Put a tattoo sign in the window.ŌĆØ And we were like, ŌĆ£All right, letŌĆÖs see what happens.ŌĆØ And then I remember one day a cop came in with his uniform on. And I commented, ŌĆ£Oh, here we go.ŌĆØ I was like, ŌĆ£Hey, how are you doing?ŌĆØ The cop replied, ŌĆ£Yeah, I was wondering how much a JesusŌĆÖ head is?ŌĆØ

Yes, he didnŌĆÖt care. It would have been the health department that we probably had to watch out for.

In what year did they start changing the laws so that you could open legally?

I think it was 95 or 96; then, tattoo shops just started popping up everywhere. (It was kind of awful!) 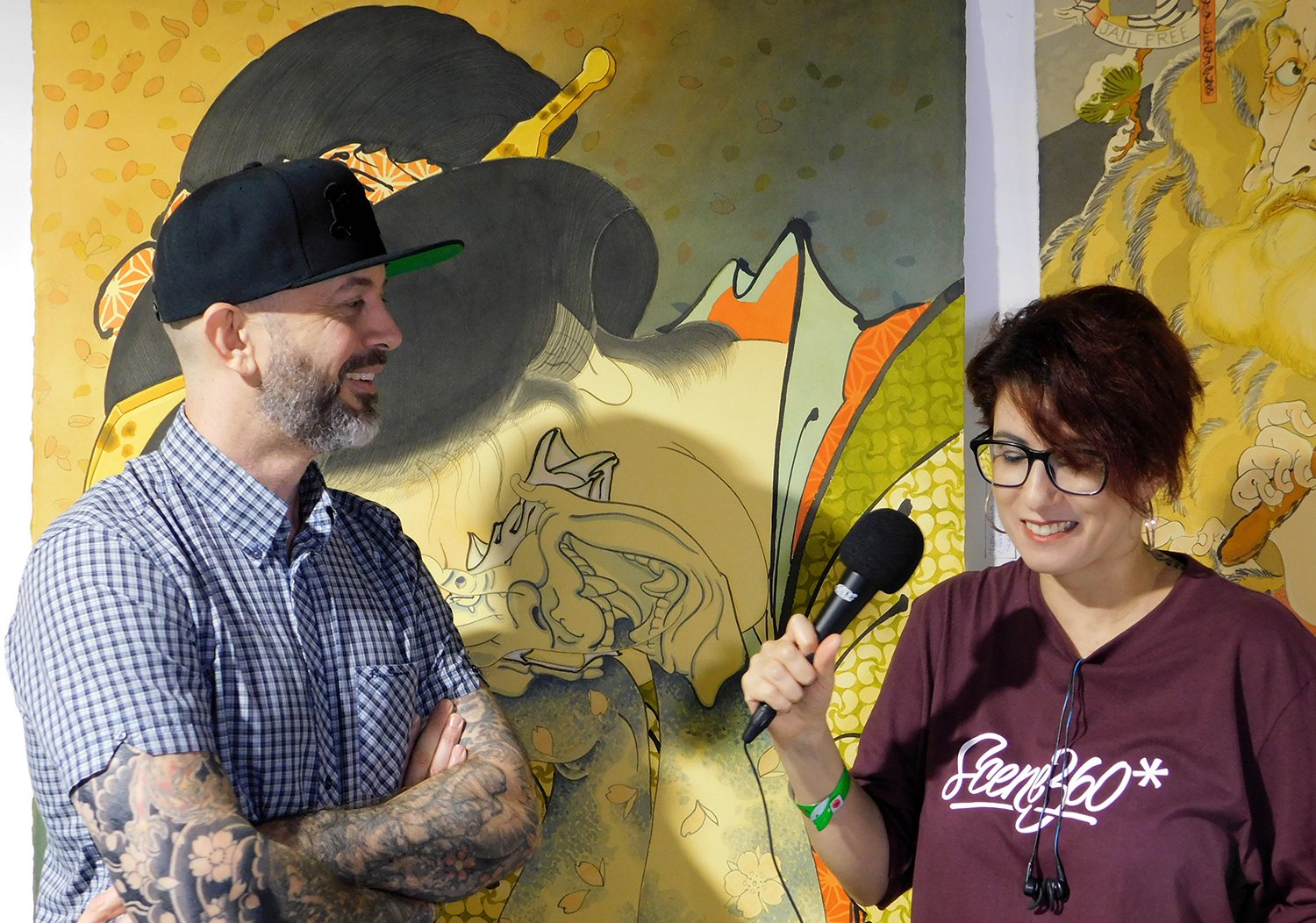 Chris Garver being interviewed by The Tattoo Journalist in London, UK. Art in background by Mike Dorsey.

Did you learn anything from tattoo artists working in San Francisco?

I did! I like Ed Hardy, Eddy Deutsche, Dan Higgs, and Freddy Corbin. But I think many people do, and the ŌĆ£chrome toasterŌĆØ thing and everything was sacred (with a crown of thorns around it). I never got into it that much. I did a few ŌĆ£chrome-yŌĆØ [effect] looking things, but I didnŌĆÖt get into the weirdo stuff.

You mentioned in the 2018 Viceland documentary that, ŌĆ£tattooing deserves respect as an art form and I think it has achieved that.ŌĆØ

It has a universal acceptance and the quality of the art has definitely elevated quite a lot. I think itŌĆÖs still underground art in a way. ThereŌĆÖs a lot of tattoo exhibits and museums. ThereŌĆÖs tattoo artists that have exhibited in all sorts of high-art places. 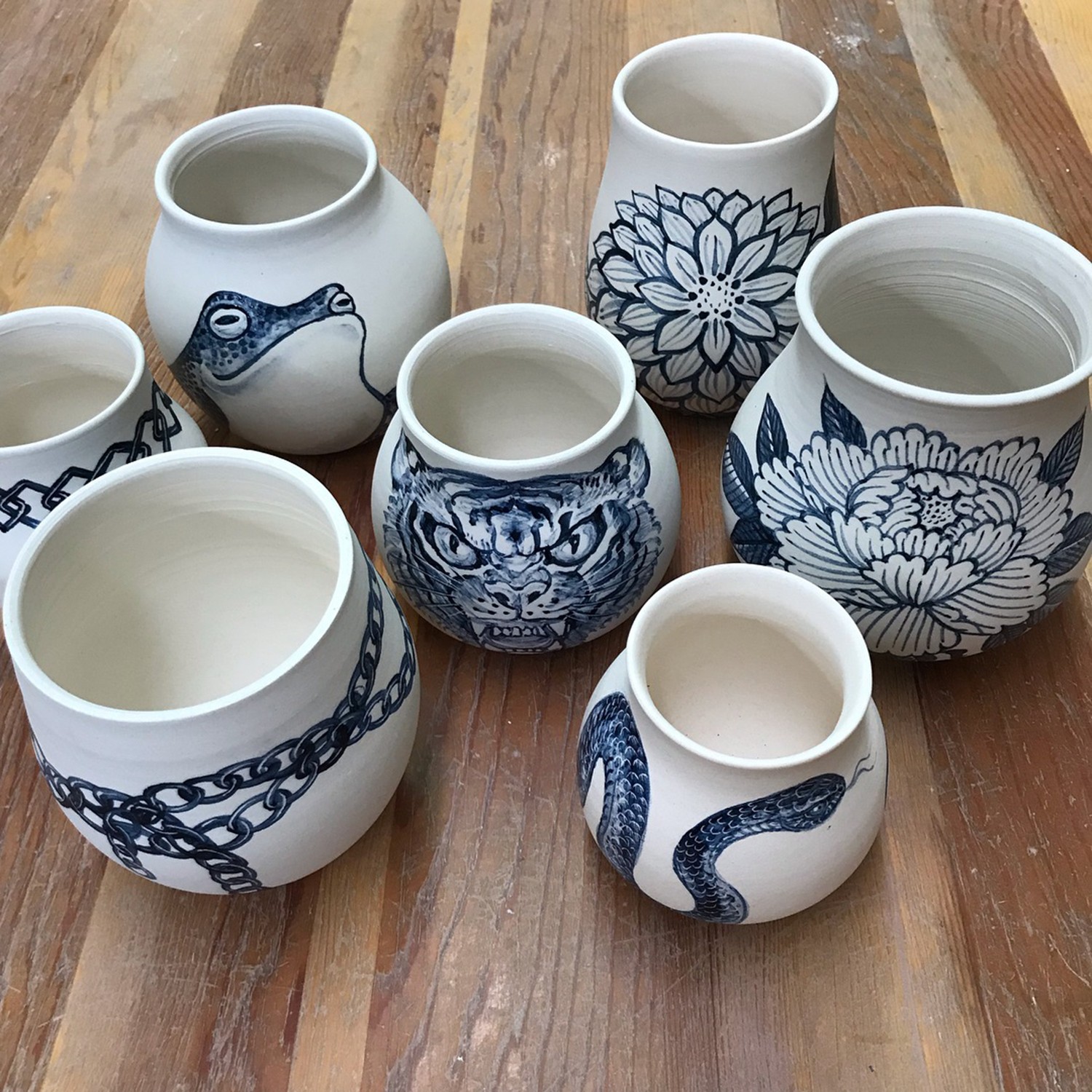 Inspired by Dutch pottery, Chris Garver has painted these items and selling at Five Points NYC.

Like Ed HardyŌĆÖs art show at the de Young museum.

Yeah. Ed Hardy, Dr Lakra… We had a show here at the Somerset HouseŌĆöa pretty prestigious place. So, [basically] tattooing went from the gutter to the top.