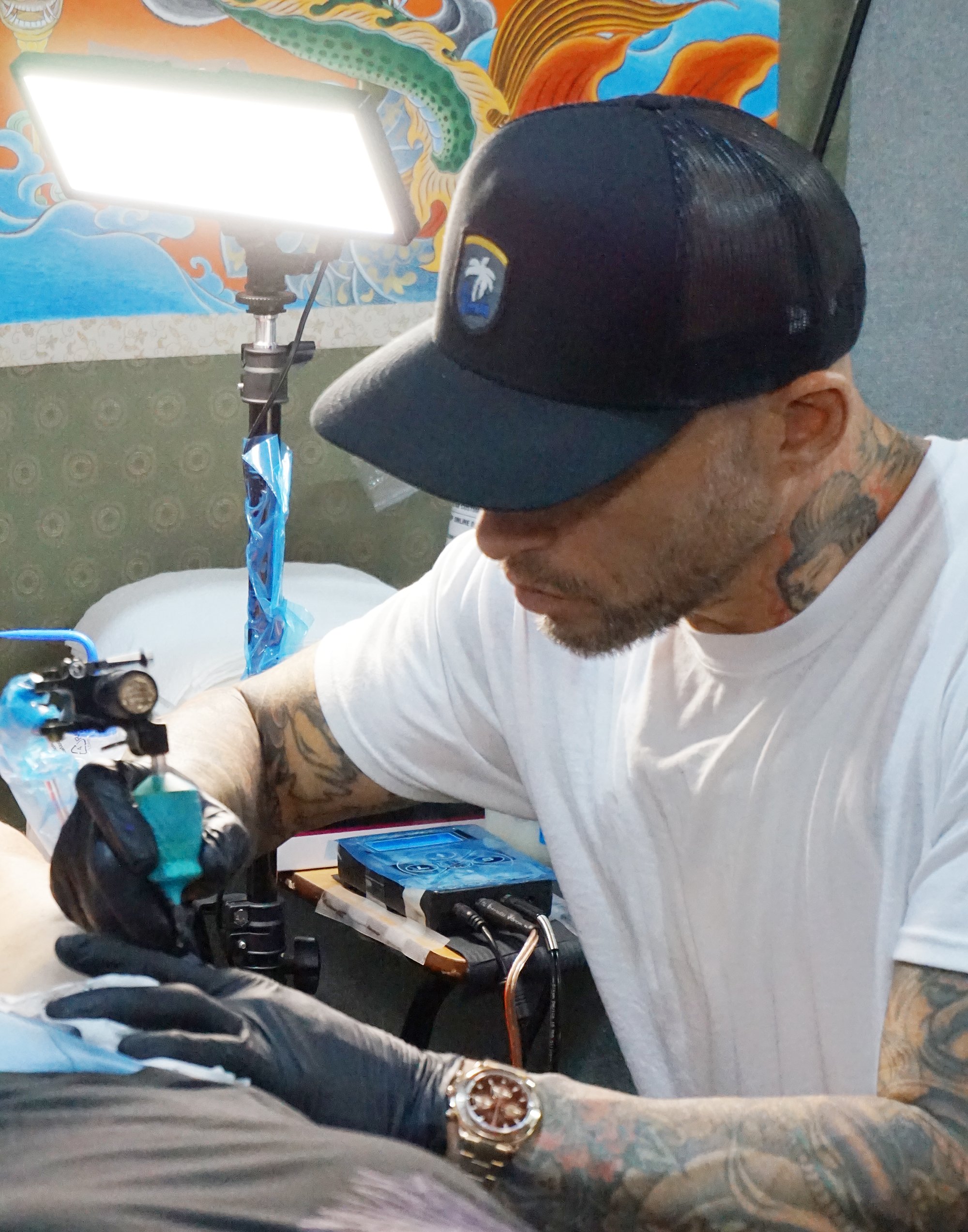 A tattooer with 25 years of experience, a television star and entrepreneur, Ami James is without a doubt a name that everyone in the industry and beyond knows.

He is an old-school tattooer having done apprenticeships when he first started, mastering various tattoo genres and specializing in the Japanese style, opening several studios including ‚ÄúLove Hate‚ÄĚ and ‚ÄúFive Points NYC,‚ÄĚ and giving valuable apprenticeships to other artists.

We met Ami James last year at The London Tattoo Convention, and got this great shot of him and the event organizer Miki Vialetto. And right upon meeting him it was clear that our perception of his television personality was not accurate with how he was in real life. Like us, most spectators got used to his yelling on ‚ÄúMiami Ink,‚ÄĚ appearing like an intimidating and angry person. But he was actually the opposite. A year later we are at the London event and this time conduct an interview with Ami James to understand how TV helped his stardom but also jeopardized the way people perceived him. We see beyond fame, and ask about his hardships as well as what truly makes James a happy human being.

Above: American artist Ami James working on a dragon tattoo at The London Tattoo Convention.

Listen to audio recording of interview: 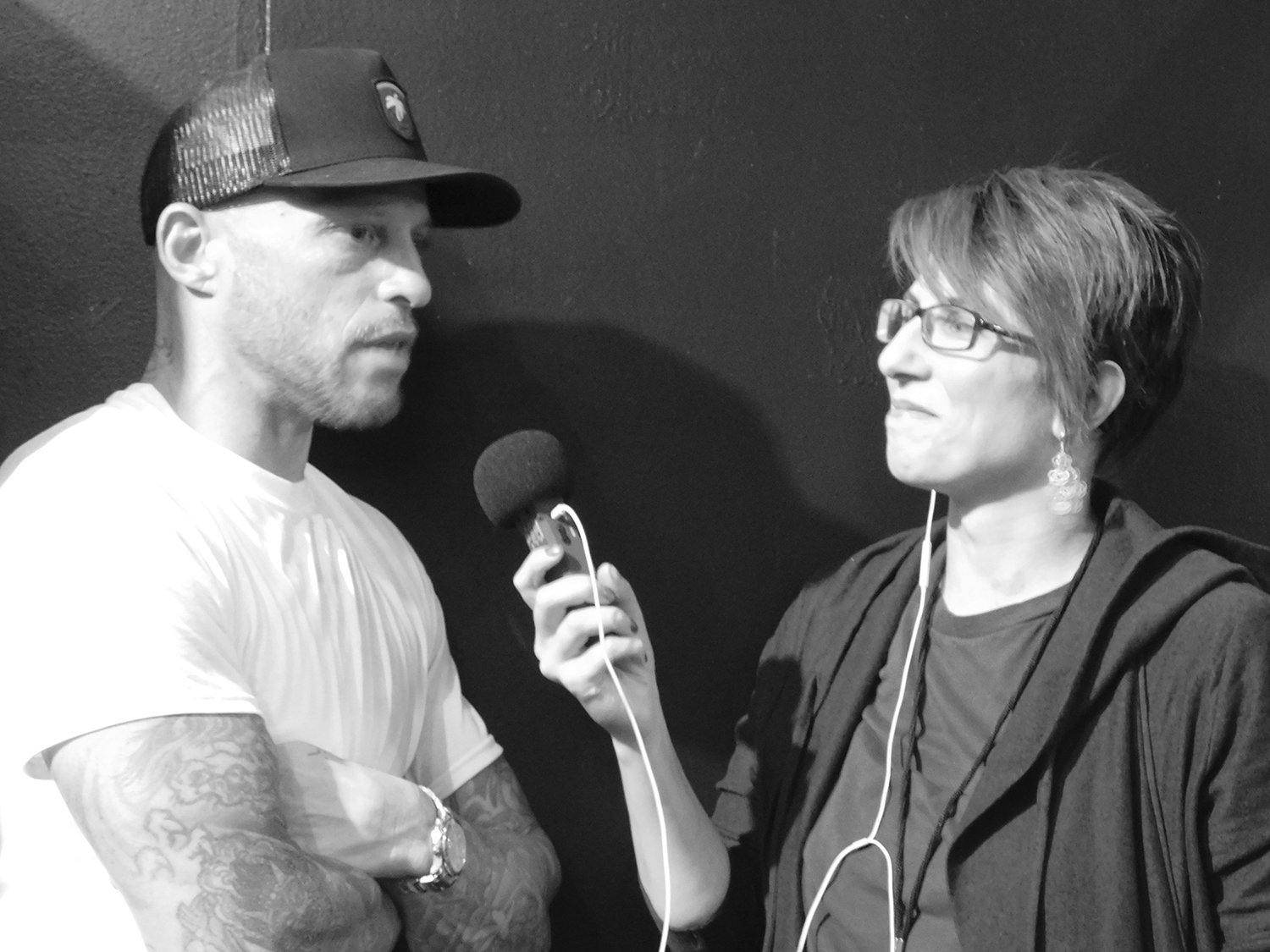 A visual peek at Scene360‚Äôs interview with Ami James.

Did you ever imagine that the show ‚ÄúMiami Ink‚ÄĚ would be a big contribution for the tattoo industry becoming mainstream?

Wow, that‚Äôs a question! When the show came out, none of us had a clue whether it would have success or anything. We knew the show would happen with or without us … that was inevitable. You know a show was going to come out. We ended up with a formula that worked for TV, I don‚Äôt know why, I think because we really all were friends even though there were a lot of drama shoved down our throats by a network. I think some people saw past it and saw friendship … whatever the change came after I don‚Äôt know if we hold ourselves responsible … we are there at the right place at the right time, maybe. 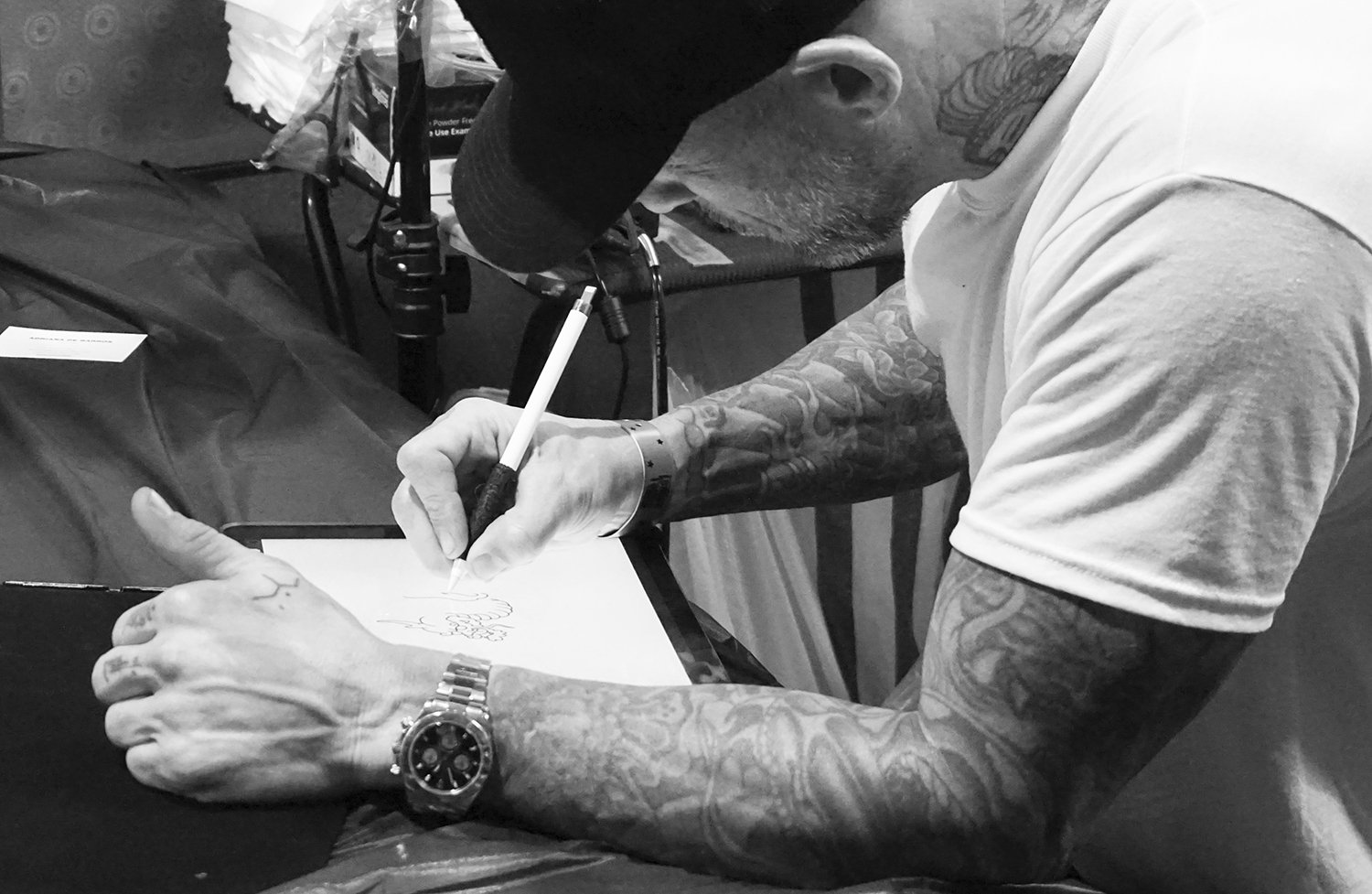 The artist preparing a dragon tattoo design on a tablet.

What are some of the pros and cons of the current industry?

Pros and cons in the industry? Wow, there are so many I don‚Äôt know where to start. I think the cons are there are people tattooing that shouldn‚Äôt be tattooing because they haven‚Äôt been taught right, no apprenticeships anymore and people learning tattooing through YouTube. I think the foundation of building a building is the most important part of the structure. Without apprenticeships there is no structure. Secondly the other disaster we have is, you know tattoo supply companies just selling to anyone that walks up to a tattoo supply booth or just ordering online which is the downfall. But at the same time we have some great things that have happened after, which is so much new talent that came in that we would have never imagined. Young kids leaving art school and coming into the tattoo world and killing it. You see art that we thought 20 years ago was impossible. I‚Äôve been tattooing for 25 years and I remember my first year of tattooing, my imagination of how good tattooing would ever get, was not remotely in the same galaxy of what it is today. I think it pushed us all to work harder, as old-timers, and as guys that have been tattooing past 25 years, especially. 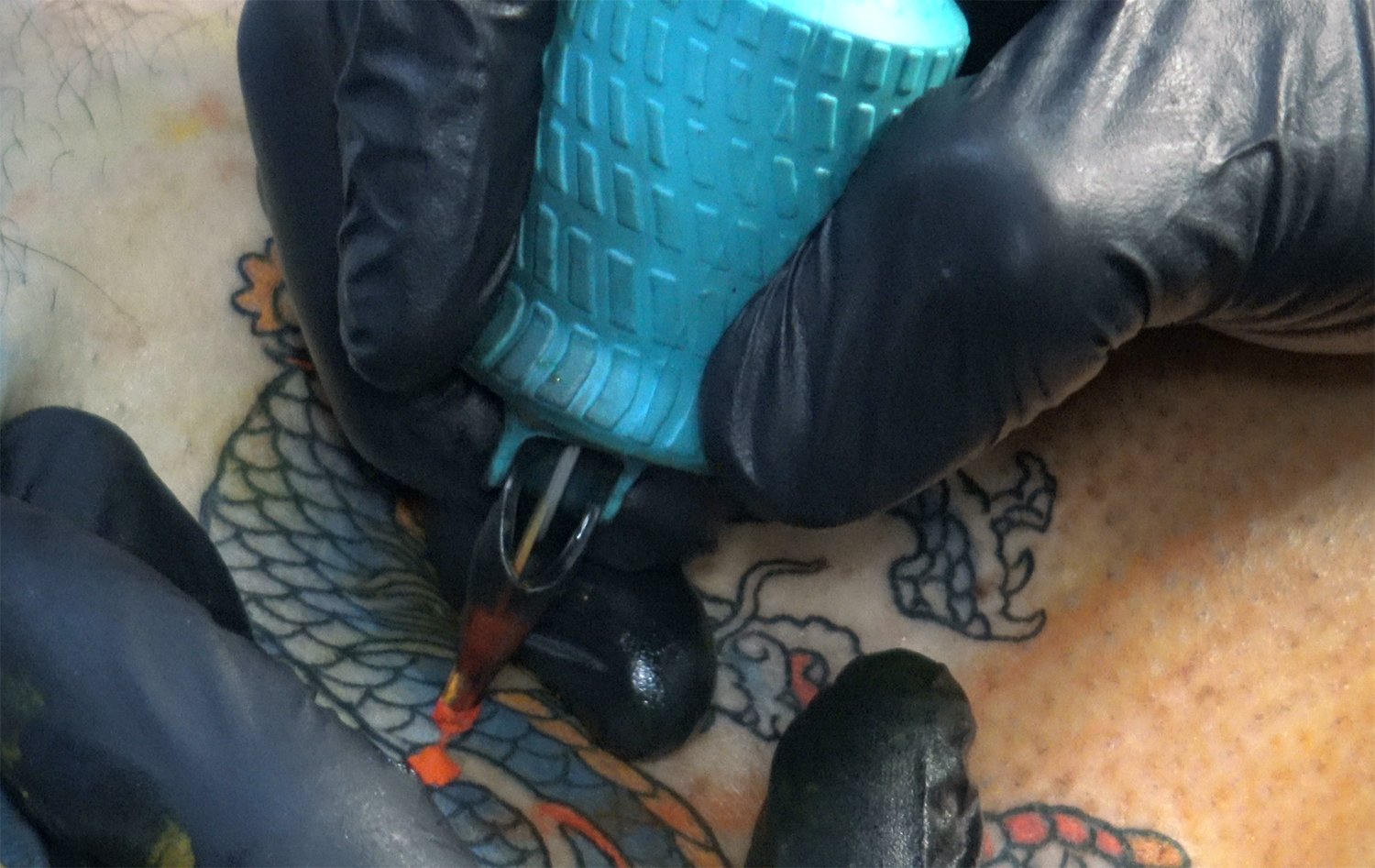 A close up of James‚Äôs smallest dragon tattoo to-date.

You‚Äôve said: ‚ÄúI’m a tattoo artist, not an actor.‚ÄĚ You became perceived as the angry guy on the TV show (‚ÄúMiami Ink‚ÄĚ). How did that affect you?

‚ÄúI‚Äôm a tattoo artist, not an actor,‚ÄĚ was kind of me getting fed up being handed a script in the morning and minus the tattoos nothing was real. That‚Äôs just part of doing TV. Eventually as the seasons go by you end up having to invent more things needing to happen for TV (for the Networks), and they shove it down your throat. So that‚Äôs probably the reason why I quit ‚ÄúMiami Ink,‚ÄĚ after 3 years of doing it. And I just wanted to do something different, and eventually you realize that ‚ÄúTV is TV‚ÄĚ; you are always going to need to supply drama to do TV. Maybe I‚Äôll take a break for a while. 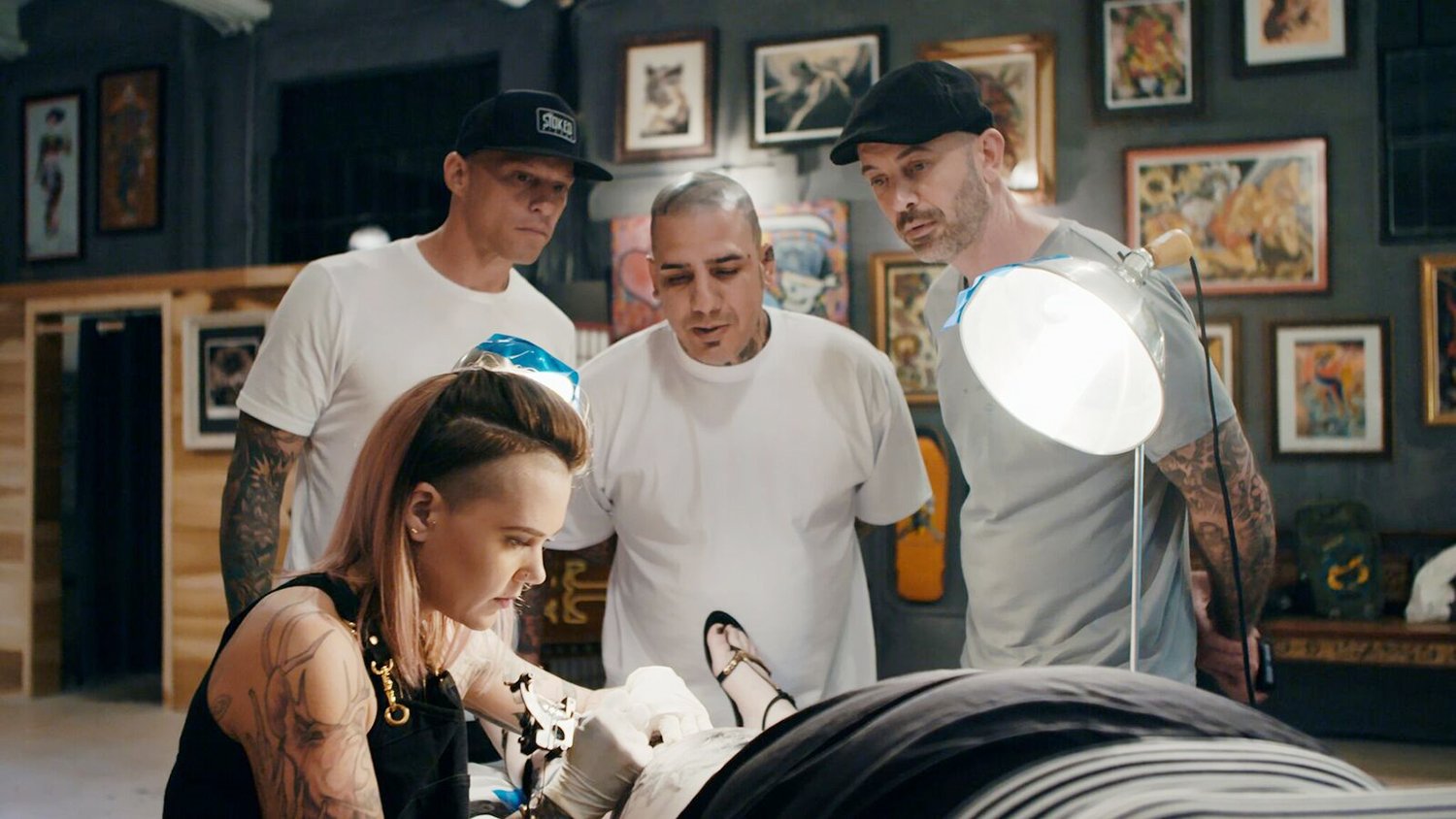 So the ‚ÄúTattoo Shop‚ÄĚ that we produced for Facebook, we produced by ourselves. We had a partner that produced it in-house with us. ‚ÄúDrive‚ÄĚ was the name of the company. I got a lot of say in putting the show together, which I never had before, besides casting which I did cast the other shows. This one was really showing what we do‚ÄĒ there was no drama, no forced scenes … just us joking around a lot and having fun. Showing a daily routine of what a tattoo shop really looks like. And bringing new artists to it. It shows the competitive side of us; still trying to stay relevant in a very competitive world these days. 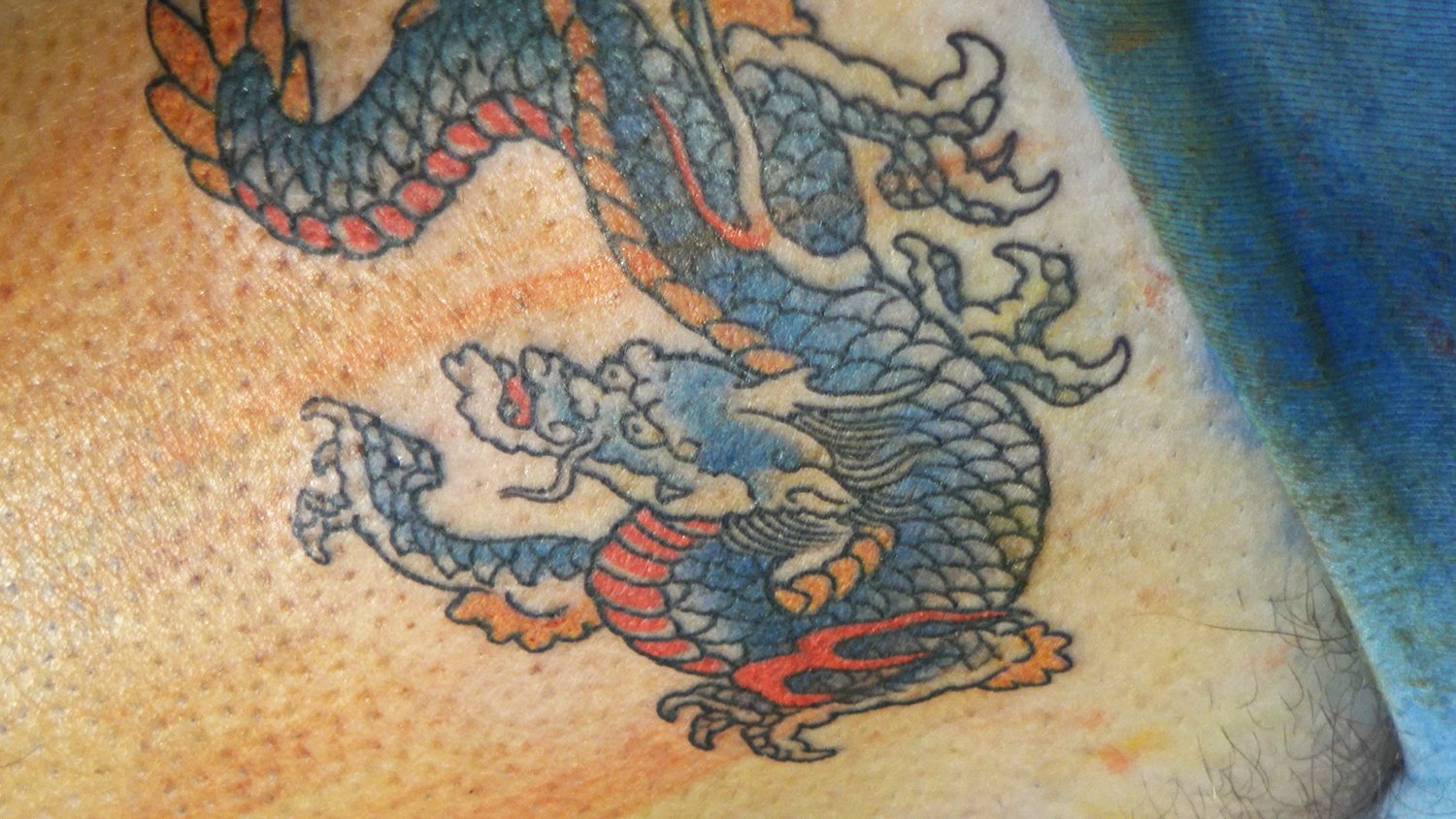 You‚Äôve opened and closed shops. Have had challenges. Explain how failure is part of the road to success.

Wow failures, I definitely had more failures than successes. When you want to succeed, you are gonna have to put it all on the table at one point or another. I‚Äôve done it so many times. That I‚Äôve failed many times. And you know, what doesn‚Äôt ‚Äúkill you makes you stronger‚ÄĚ is kind of cliche, but there is a lot of truth to it when it comes to success in the tattoo industry and what you are trying to achieve … Tattoodo, which is like so many different ways to try to figure out how to build a company that caters to tattooers. And there was a lot of failure in the beginning in that to and how we approached it; how the world is changing so fast. So I still go through it. Out of the eight times that we failed, we succeeded twice and everybody only sees the success. No one talks about the hardships. They only point at the person at the top of the hill, not the person climbing. But they root for the person climbing. 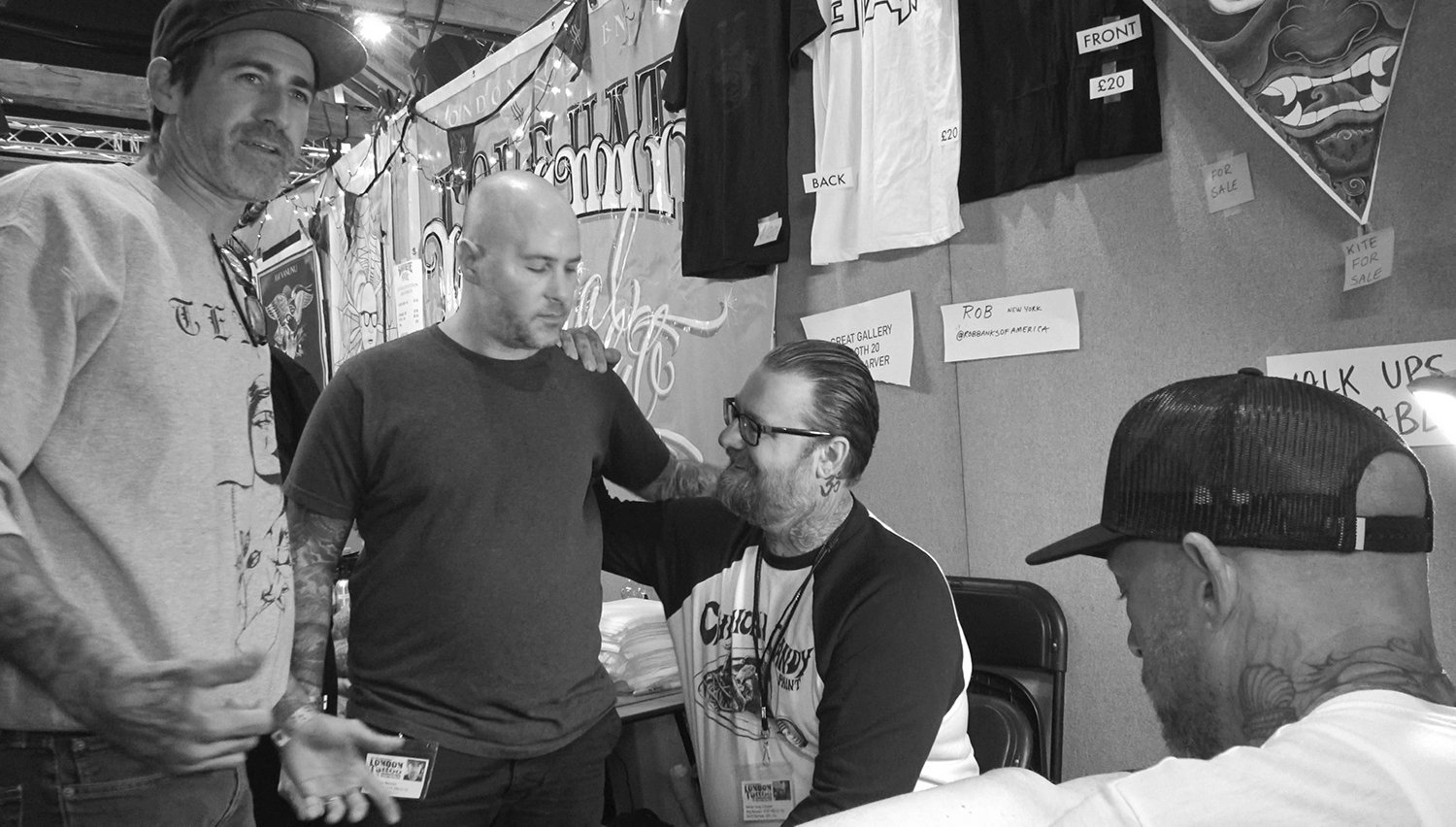 Tattooist Tim Hendricks and other friends of Ami James.

Keeping balanced and humble is important. I know that you do MMA. Tell us about your passion for it and how it balances you out.

In my life I found peace in two things: one of the them is training in the gym and fighting and letting a lot of aggression out. It just mentally makes you stronger. You challenge yourself daily when you are in the gym. I think that just builds character; I don‚Äôt think it is necessarily for me as a tattooer … I think it is healthy for anyone to push themselves to the point that they almost break, to make themselves stronger. Secondly I love and spend a lot more time surfing these days than I do fighting, I still like to go four days a week to the gym, but I enjoy surfing more than anything‚ÄĒit relaxes me and I think it is important to a person that has been tattooing for a long time to try to get his head of out of tattooing (a little bit), just to be a fucking human being and relax. We slave ourselves for so many years and we break our backs. It is not as glamorous as people think‚ÄĒbeing a tattoo artist‚ÄĒit is a lot of work and no sleep. 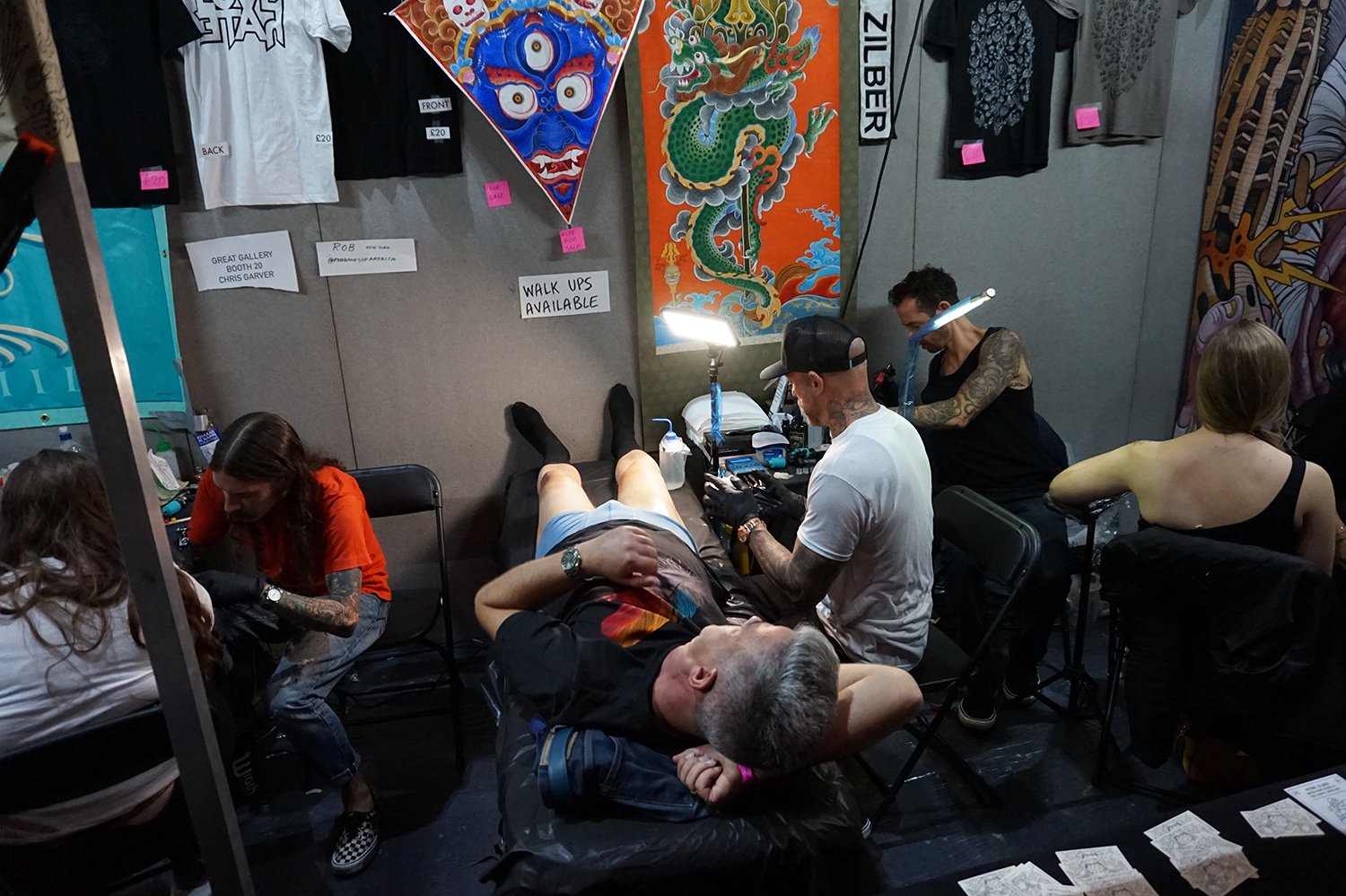 You mentioned on Instagram: ‚Äúthe simple things that make u happy.‚ÄĚ Hashtag #CostaRica.

‚ÄúThe simple things that make u happy” to me is Costa Rica. It costs nothing to get there. It costs nothing to maintain. I go there and just have a good time, and I‚Äôm under the sun and in nature, and people are nice. I spend my days at the beach. If I have my kids with me, it is even better‚ÄĒmy family. It is watch my kids be a part of nature, something we as parents can provide them, and it changes everything. We are always stuck in the city. Take them out of brickwork and putting them in nature makes you question how you live all the time. If I could, I‚Äôll be living in the jungle in the next couple of years.