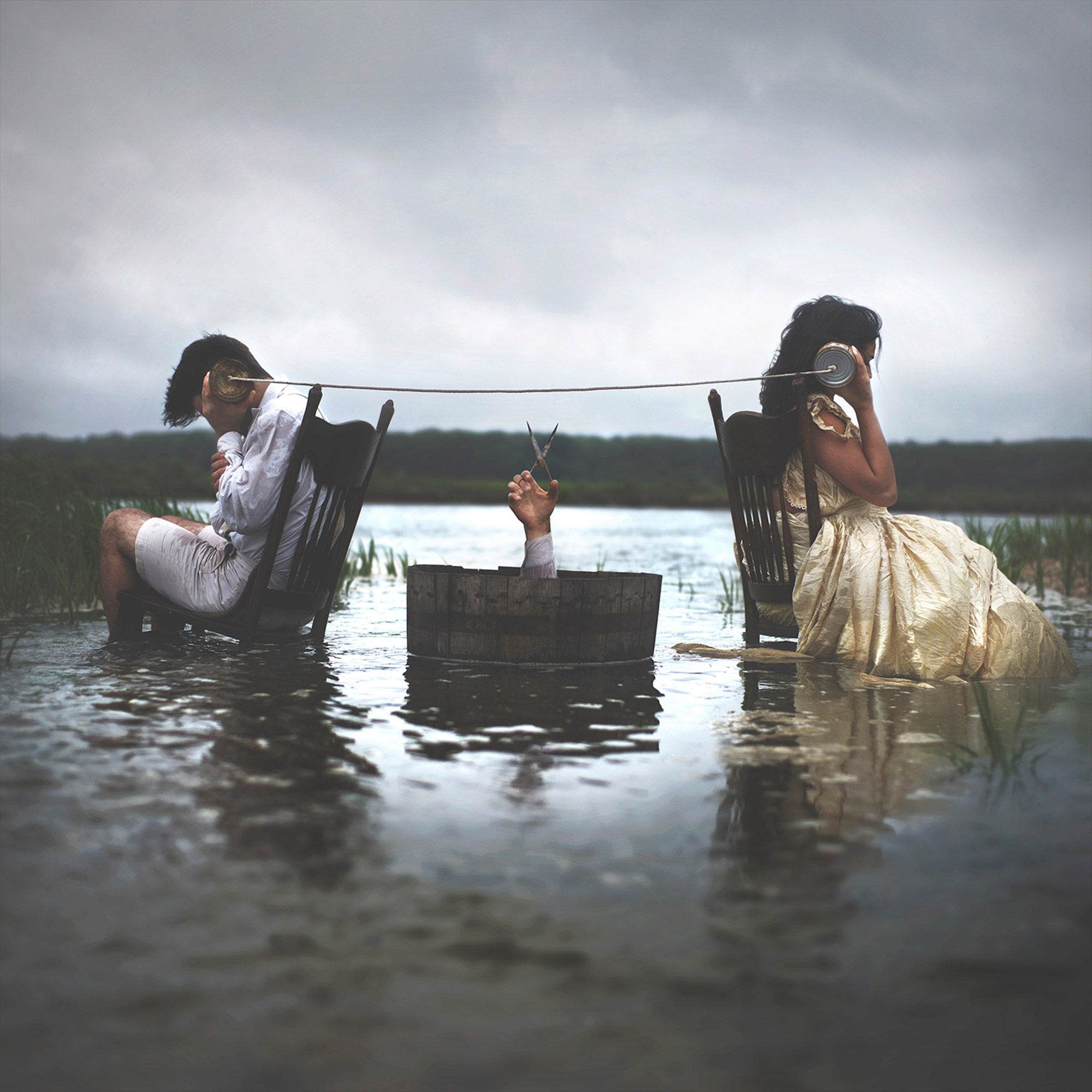 Nicolas Bruno is a photographer who composes surreal scenes based on his experiences with sleep paralysis, a rare phenomenon that renders an individual immobilized in a hallucinatory state between dreams and awakening. In an interview with VICE, Bruno describes sleep paralysis as an experience of “purgatory,” a floating, liminal state that, for him, is inhabited by eerie hooded figures. In many of his photographsâ€”all of which are brilliantly composed, like stages of an elaborate psychodramaâ€”Bruno is the model, acting out his own visions of drowning, entrapment, and being hunted. By recreating his nightmares, Bruno gains a form of agency over these terrifying experiences. The result is a series of symbolic images that resonate with us on a visceral level, embodying the raw experiences of fear and the will to survive. 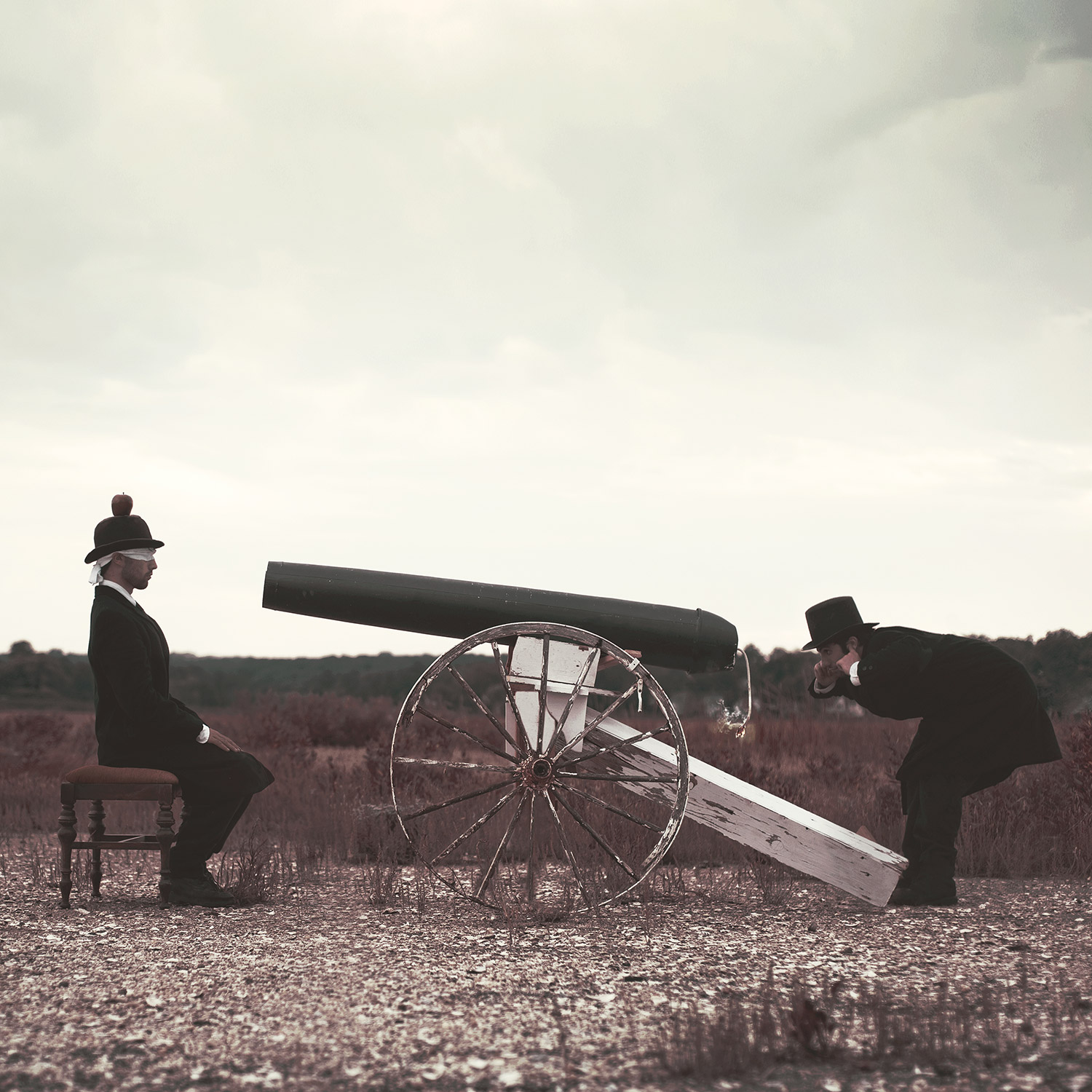 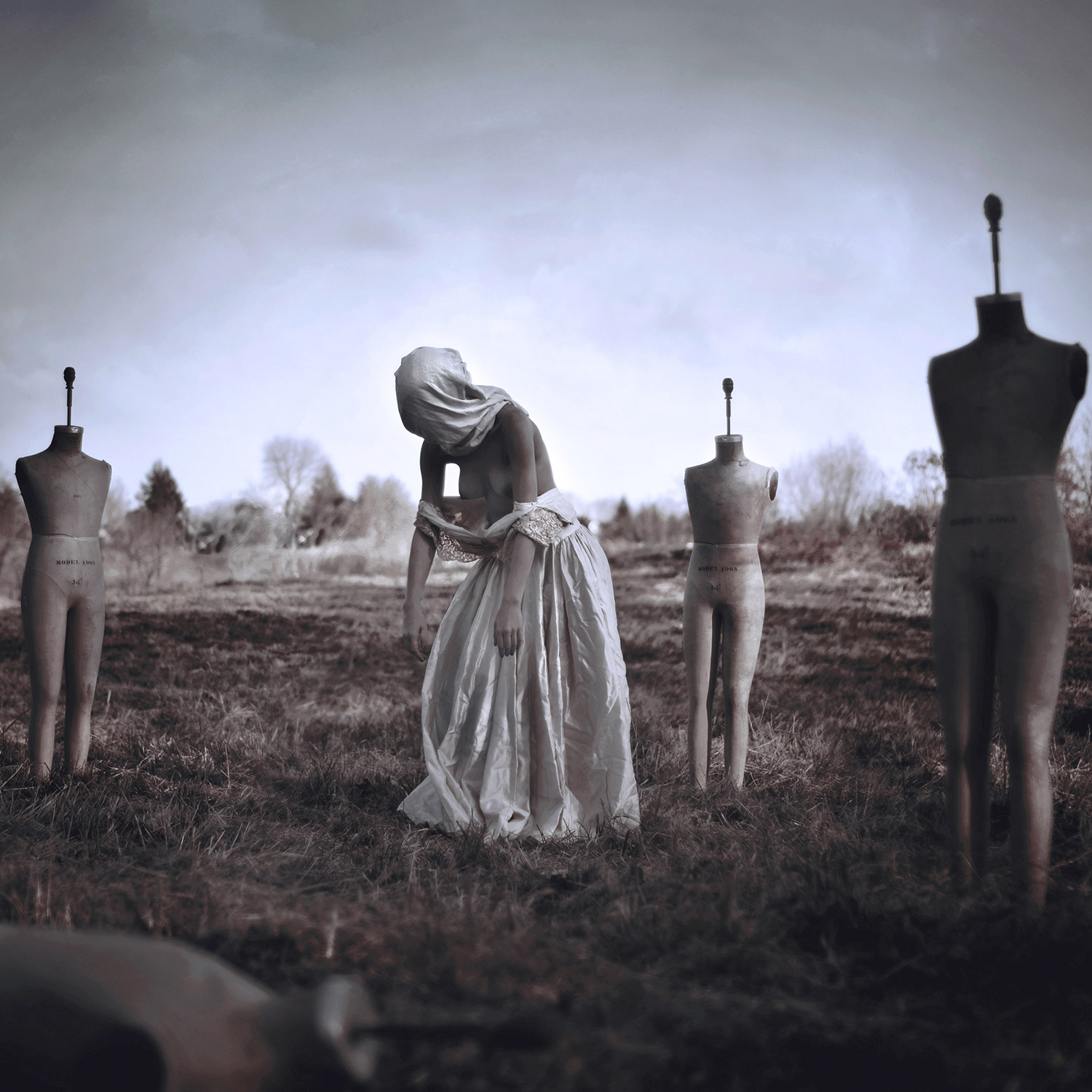 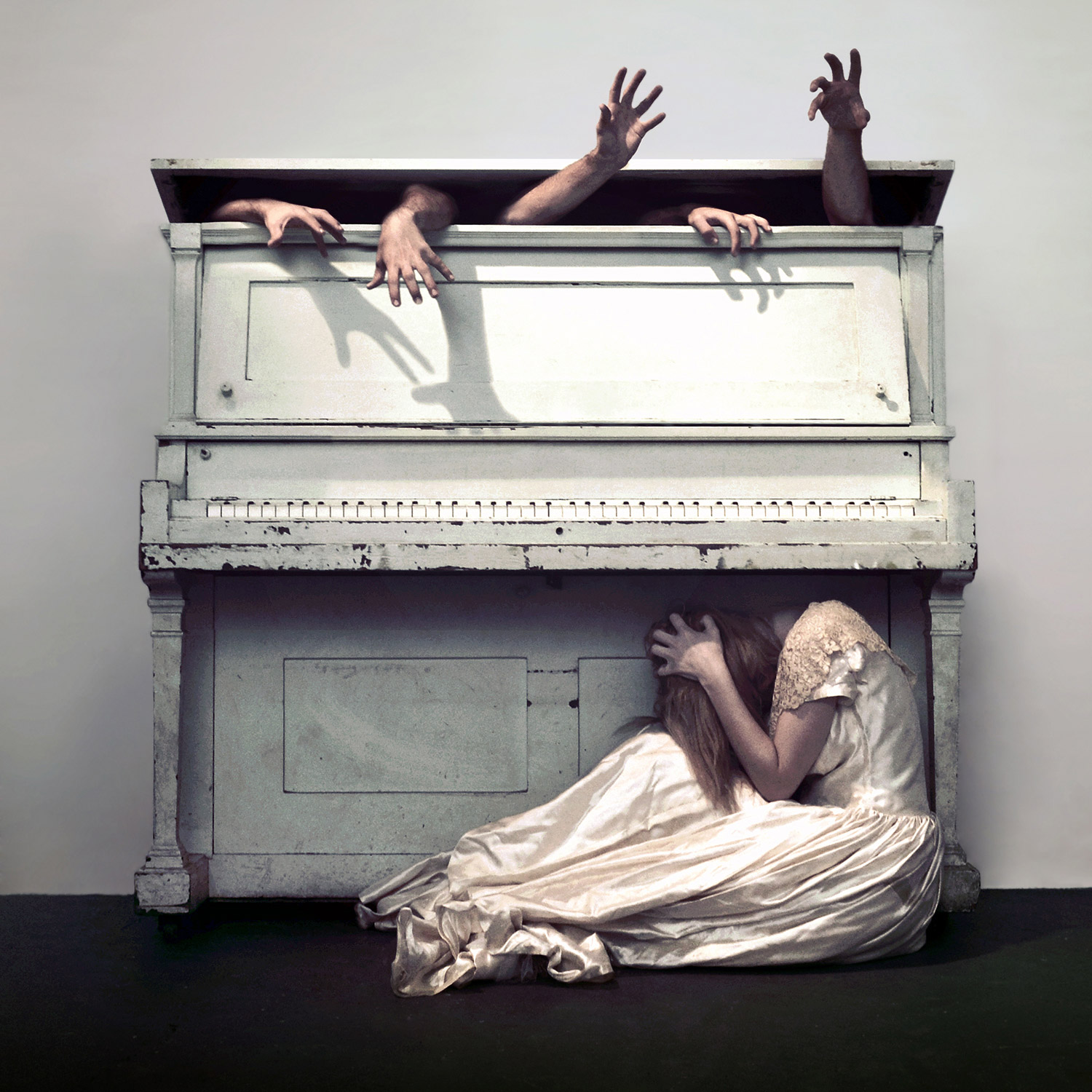 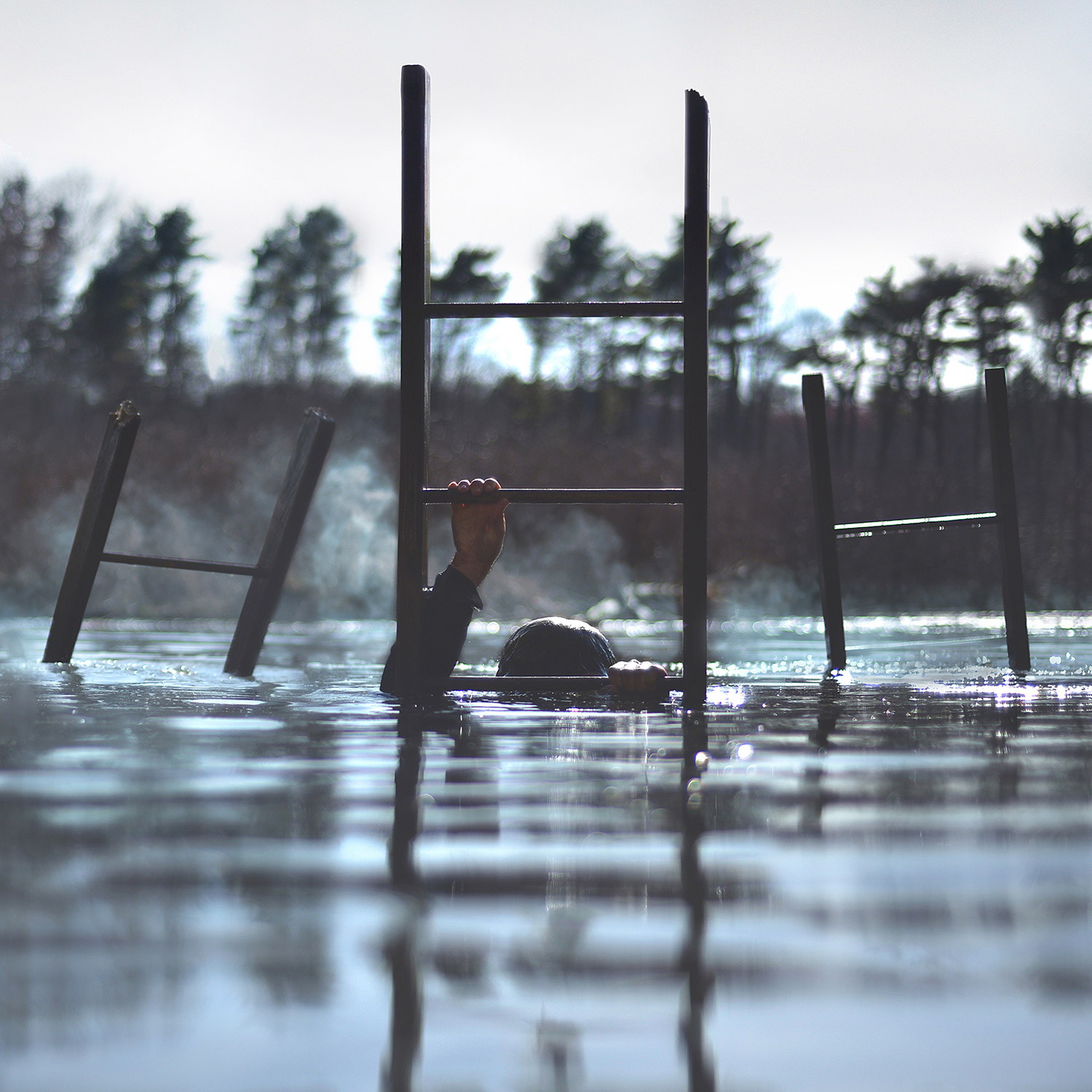 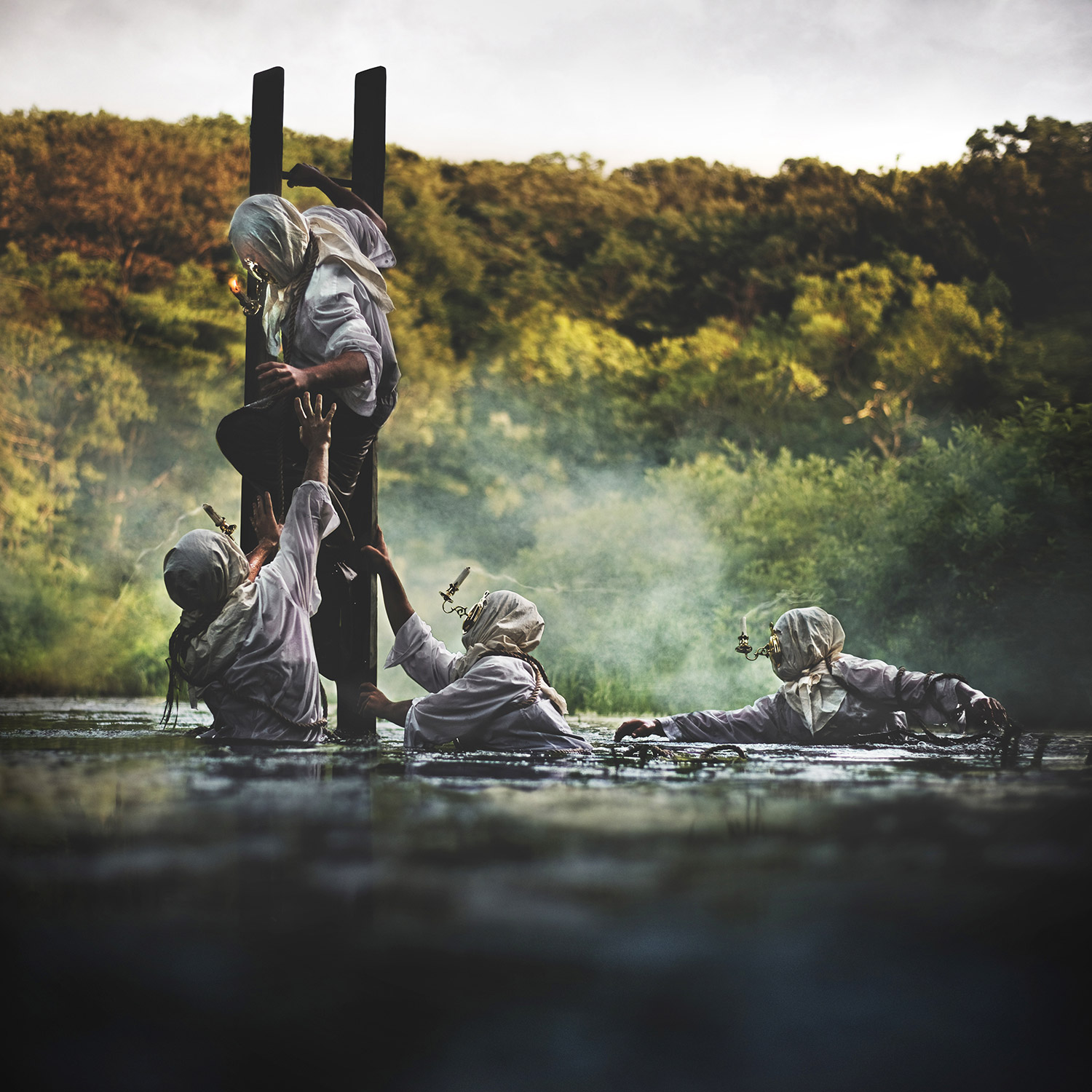 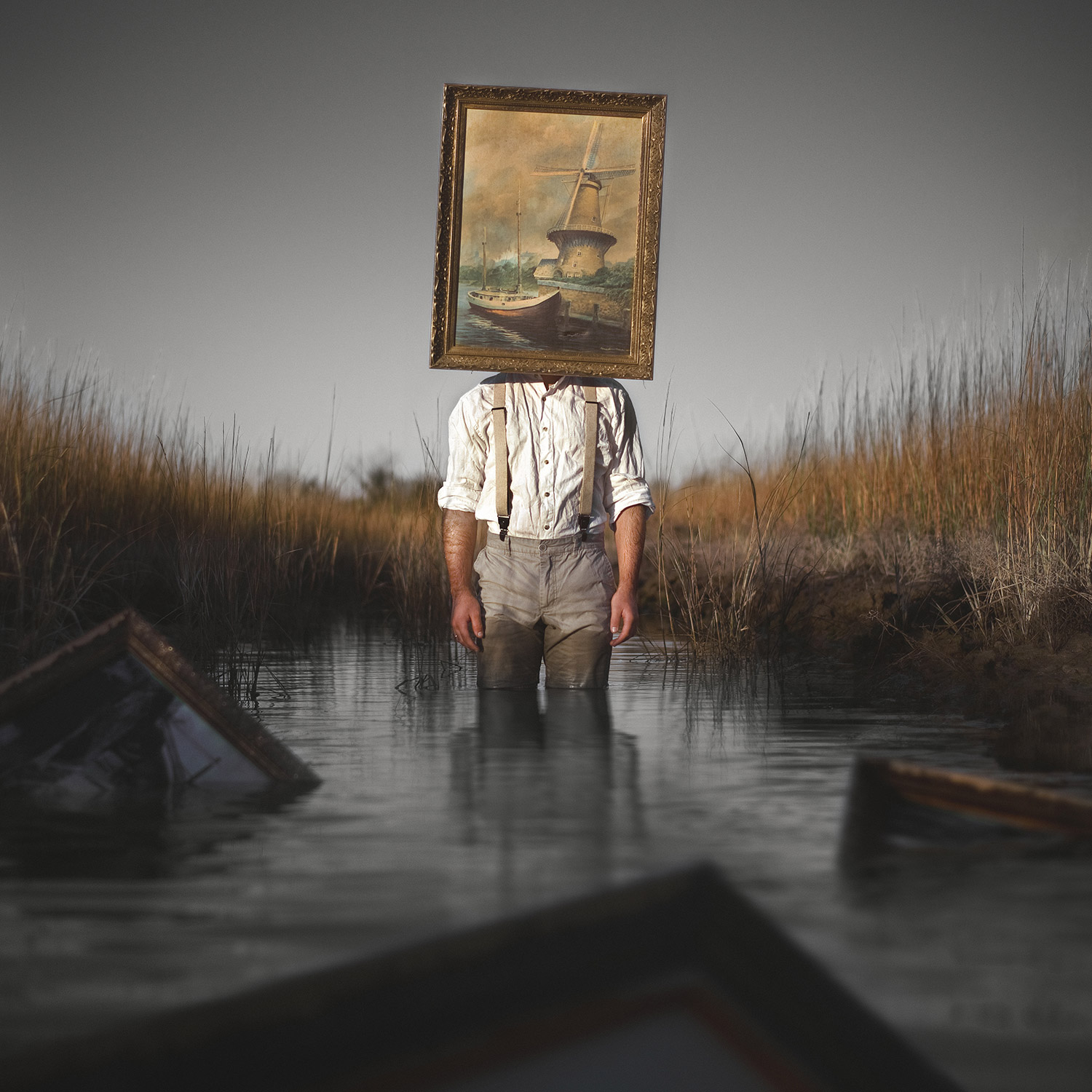 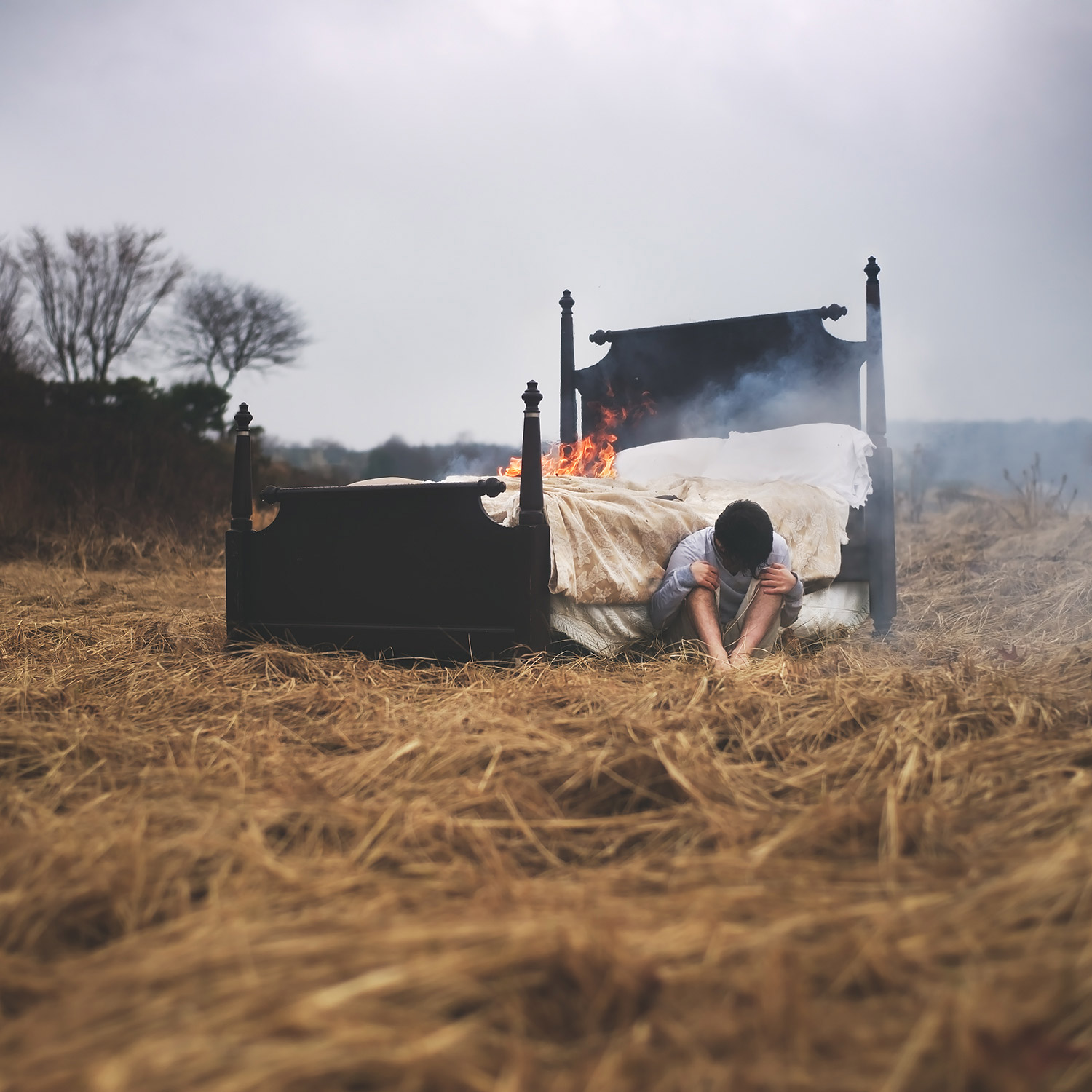 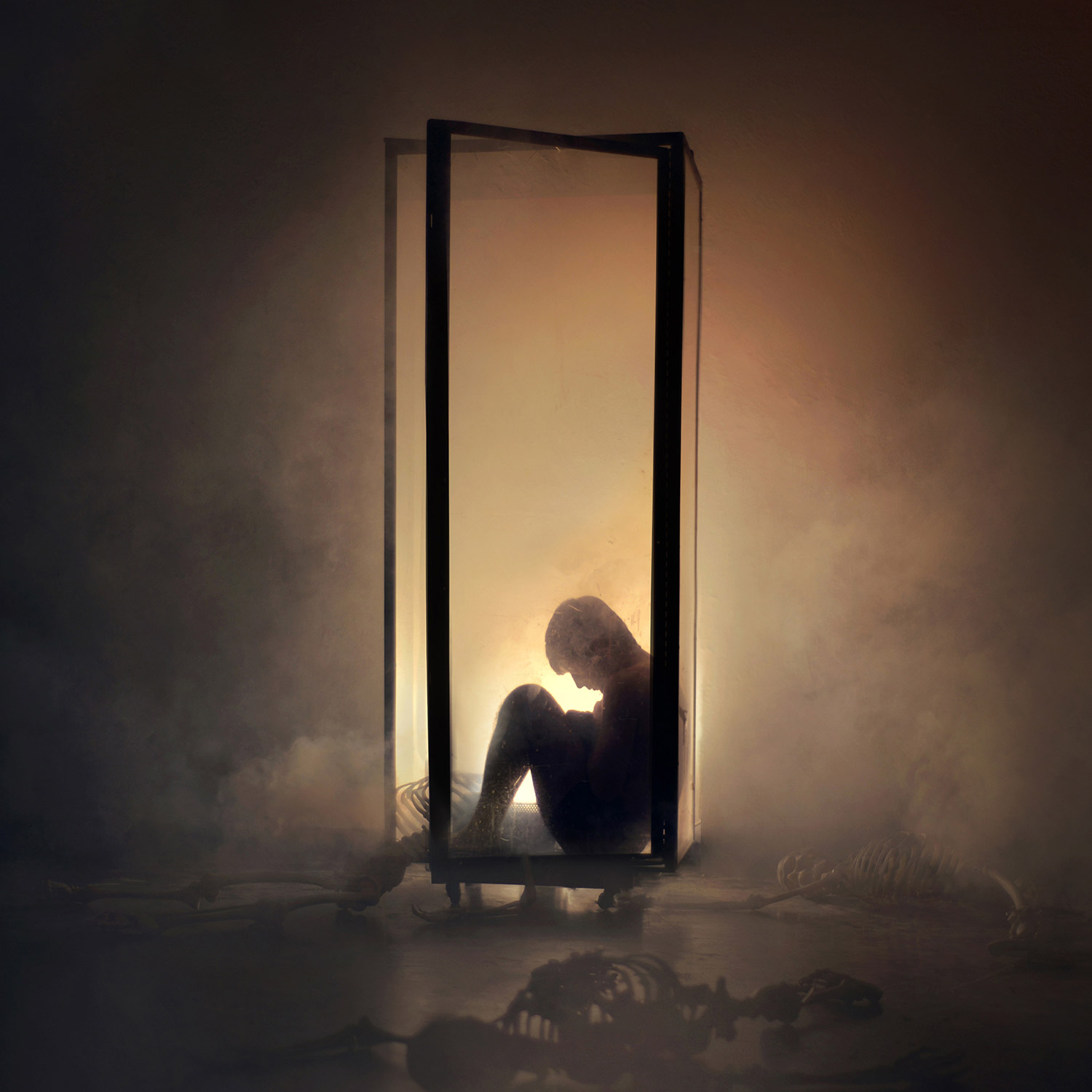 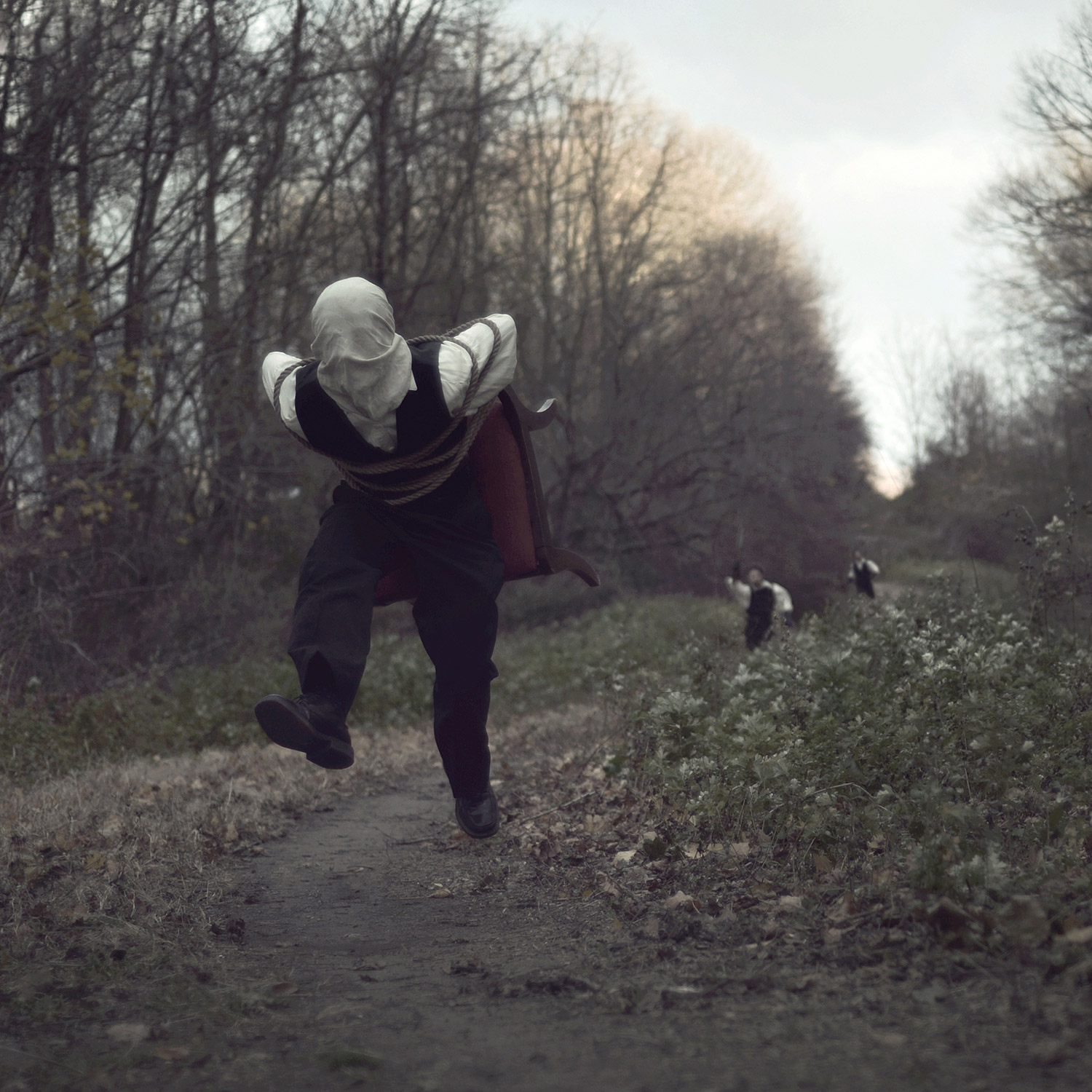 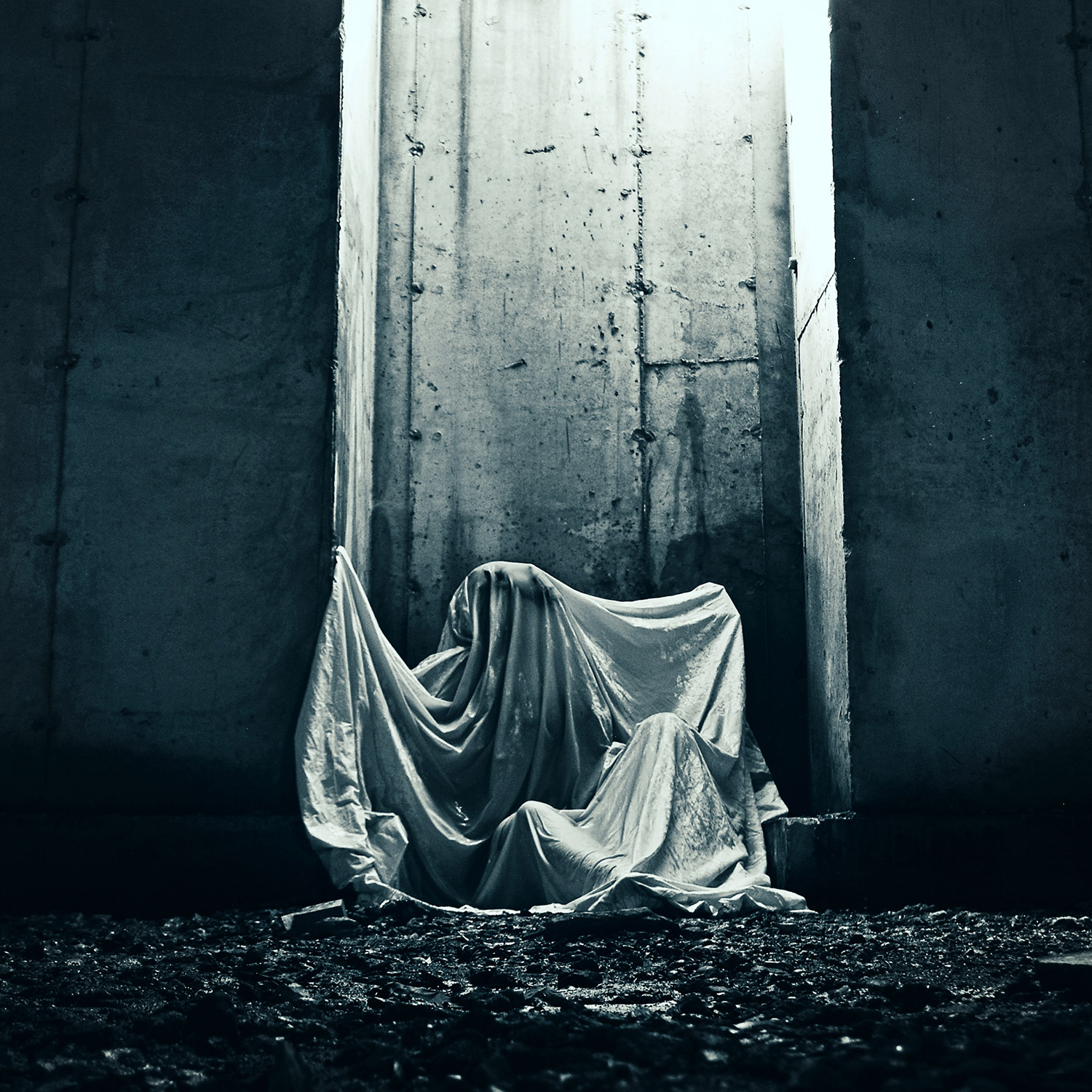