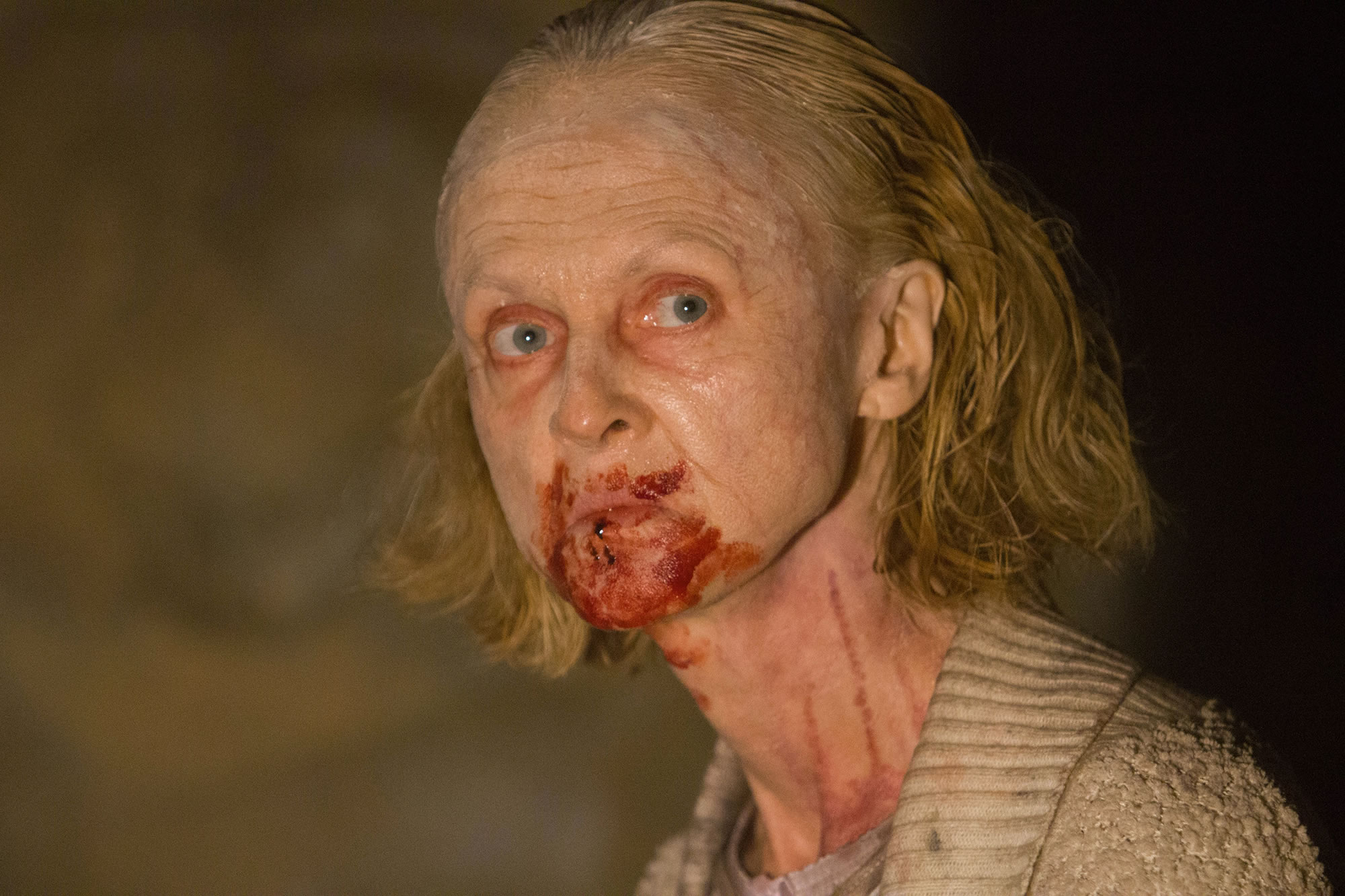 In 1973, William Friedkin‚Äôs “The Exorcist” shocked audiences with its convincing portrayal of demonic possession, getting under our skin with slow-burning horror, the fear of godlessness, and the loss of self-control.

Mythologies about dark spirits and the underworld have existed across cultures for a long, long time, and possession films tap into our primal fears; what is waiting for us on the “other side,” and in the corners of our dreams? Despite this, there’s no doubt that possession has become an exhausted genre in cinema. Following the “Satanic Panic” of the 1980s and the inundation of such paranoia in the media, it has been extremely difficult to find a movie about demons and exorcisms that isn’t, well, boring.

There are a couple outstanding examples, however, that show us how disturbing twisting heads, guttural voices, and blood-soaked rituals can be. Featured here is a list of 10 movies that delve into the darkness in original and spine-chilling ways.

Top: It is not memory loss that’s changing Deborah Logan. 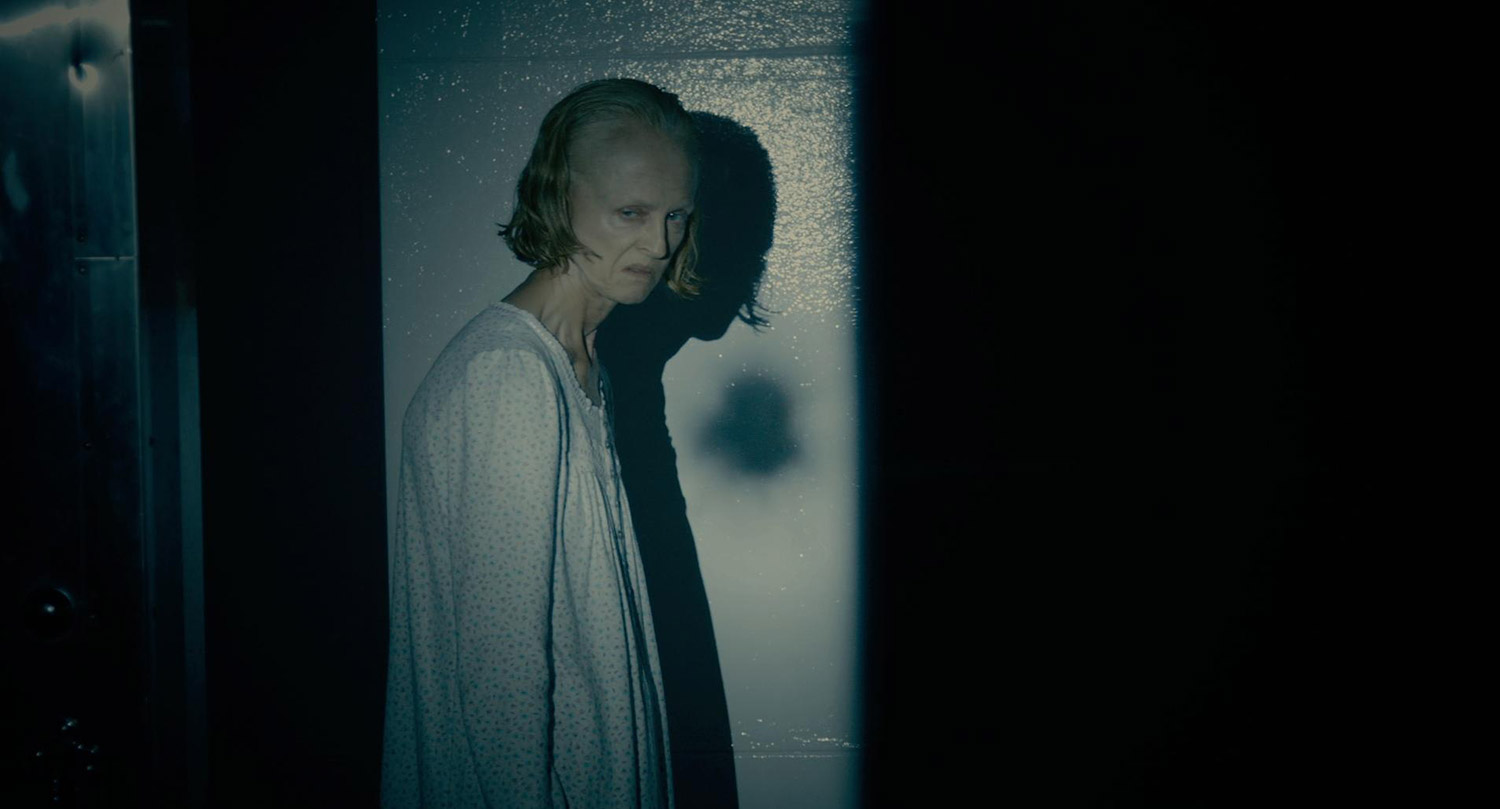 Where does she go at night?

The Taking of Deborah Logan

Just in case Alzheimer’s and dementia weren’t terrifying enough, Adam Robitel‚Äôs “The Taking of Deborah Logan” compares the symptoms of neurodegenerative disease with those of possession. Mia, Gavin, and Luis are a team of young filmmakers who set out to document the progressive memory loss of Deborah Logan (Jill Larson). After witnessing Deborah’s increasingly bizarre behaviour‚Äîwandering at night, levitating onto kitchen counters, operating her old switchboard in the dark‚Äîthey begin to suspect a more menacing source. Despite using the overused found-footage format, “The Taking” is a chilling film that never releases the tension. 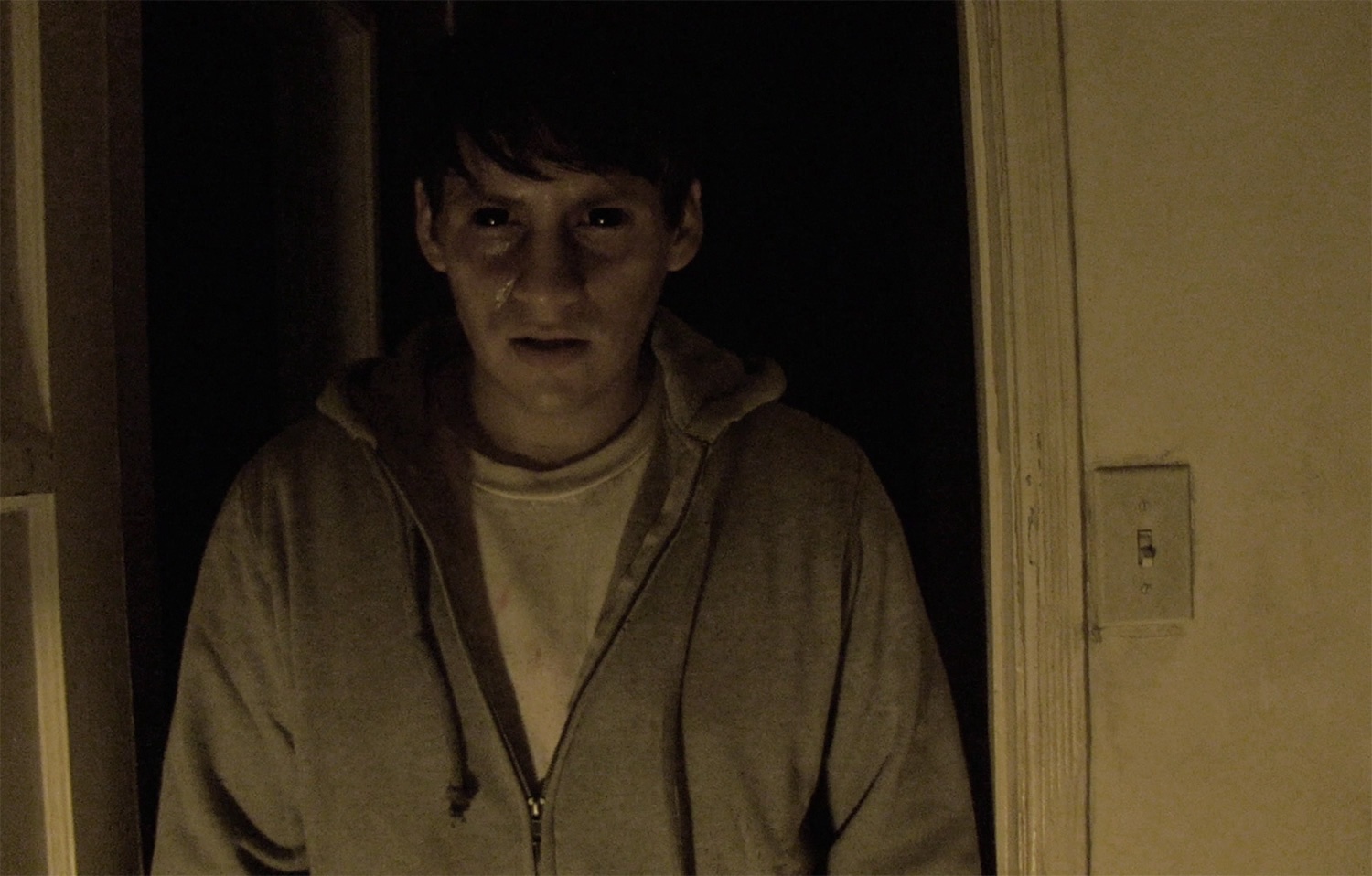 One should be very careful when opening doorways to unholy lands.

Paranormal Activity: The Marked Ones

Directed by Christopher B. Landon, “The Marked Ones” explores the dark lore behind the ‚ÄúParanormal Activity‚Äù franchise. Diverging from other possession storylines‚Äîwhich overwhelmingly portray distraught, tortured women‚Äî‚ÄúThe Marked Ones‚Äù features a male demon host. Jesse Arista (Andrew Jacobs), a recent high school graduate, investigates the strange activities of his neighbour, Ana, who many believe to be a witch. He soon finds himself imbued with special abilities, which at first serve as fun outlets for his teenage machismo; however, the power within him continues to grow in the direction of evil. While this movie may not be the best (many would agree the “Paranormal Activity” film series has run its course), it has some legitimate scares and a grim atmosphere. 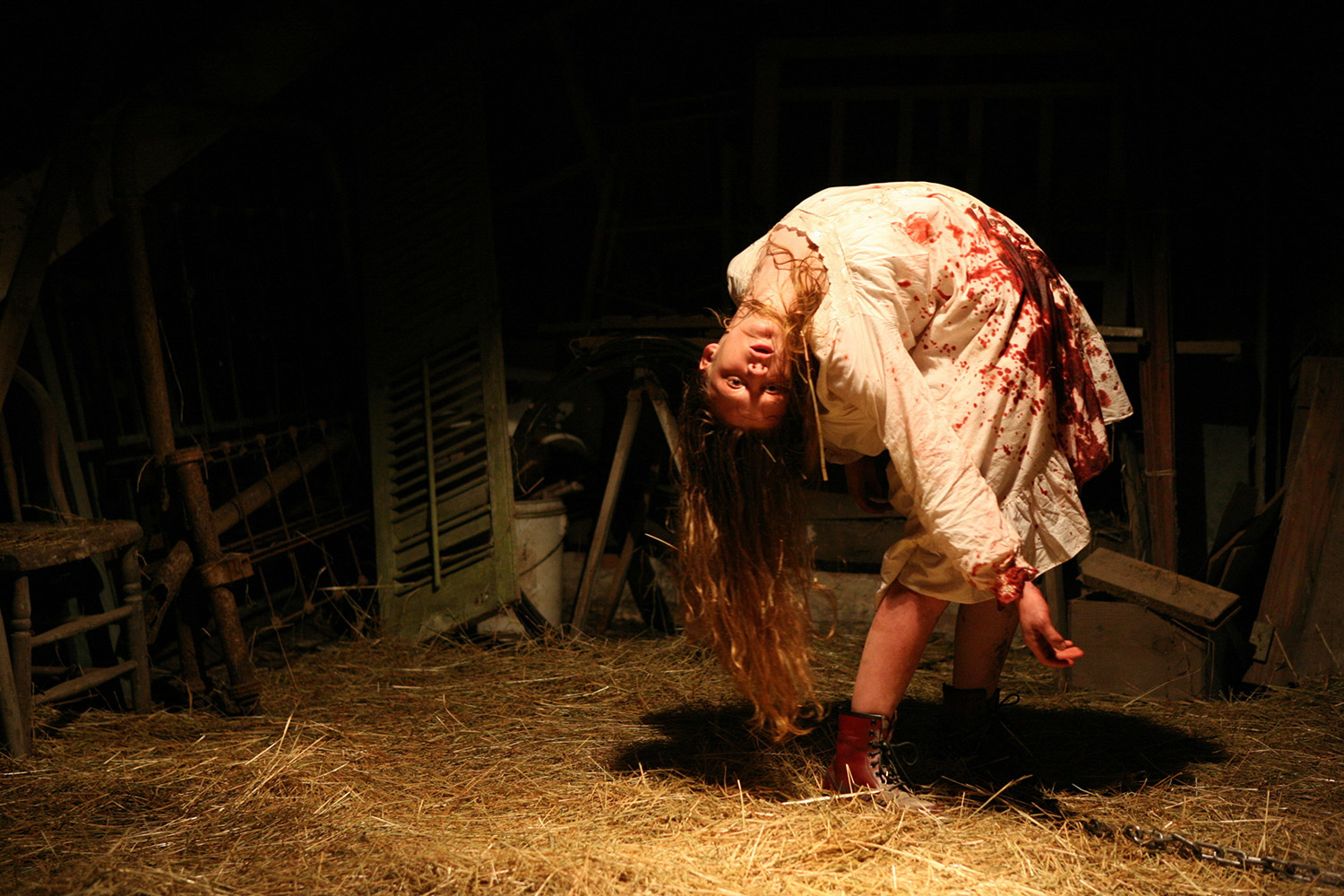 This one’s for all the skeptics out there. Cotton Marcus (Patrick Fabian) is a jaded evangelist who uses his supposed affiliation with God to rid people of “demons”‚Äîthat is, their imagined problems‚Äîby performing fake exorcisms. To document his shady sideline, Cotton sets out with a camera crew to a remote farm in Louisiana, where it is believed a possessed girl named Nell (Ashley Bell) has been sneaking out at night to disembowel the livestock. As expected, Cotton will have his faithlessness seriously tested by forces far stronger than him. Directed by Daniel Stamm, “The Last Exorcism” is another clever, creepy use of the found-footage technique. 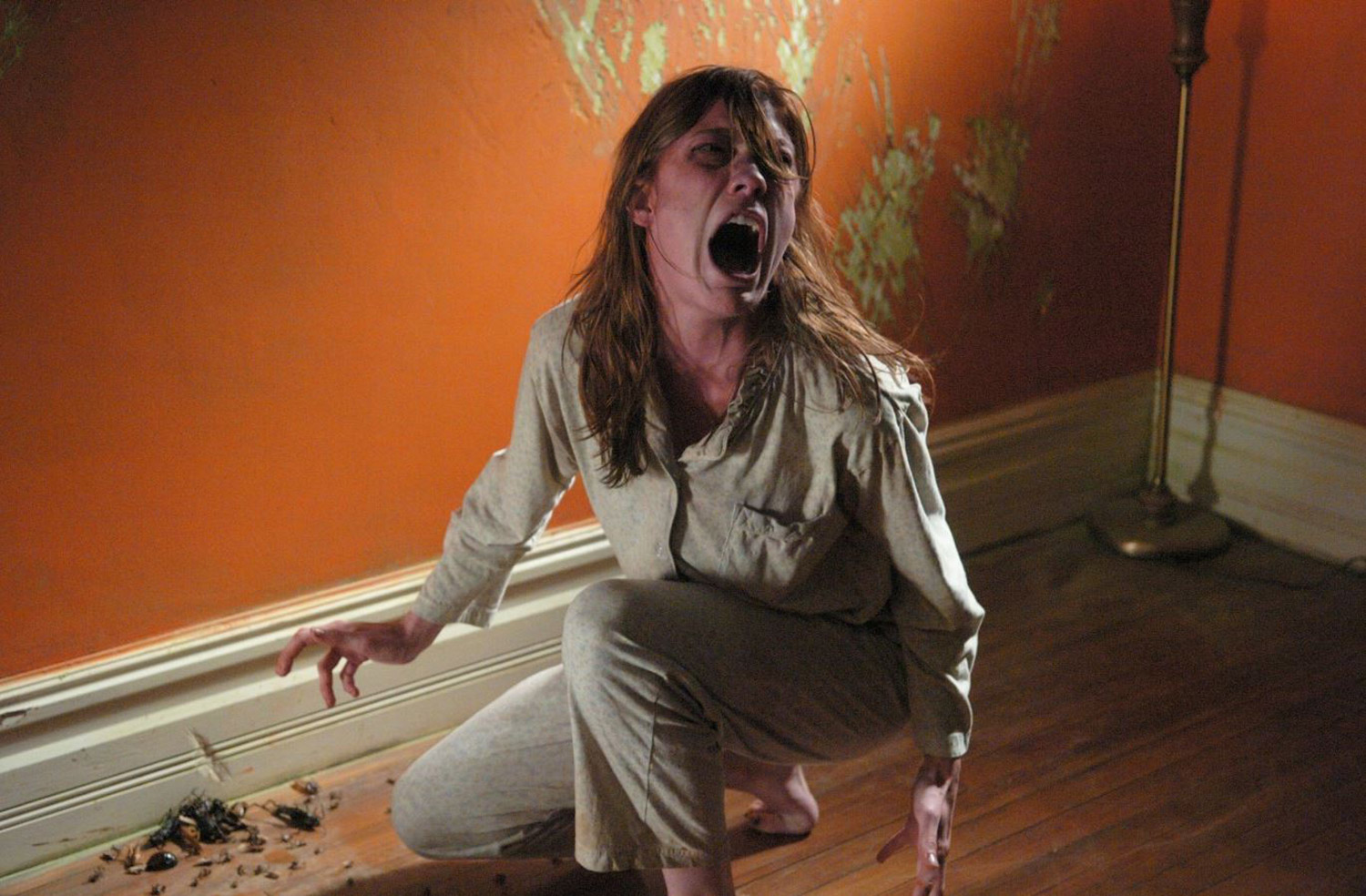 Collecting and eating bugs is surely a sign of demonic possession.

The Exorcism of Emily Rose

Scott Derrickson brings demonology and faith into the courtroom in “The Exorcism of Emily Rose.” The story follows Emily (Jennifer Carpenter), a 19-year-old girl who died after receiving a series of violent, prolonged exorcisms. The jury must decide between state and church: did Emily die because she was possessed, or was it negligent homicide? When you’re not pondering the subjectivity of truth, Carpenter will be shocking you with her unbearably realistic performance of possession, expressing everything from otherworldly rage to human despair. This movie is loosely based off the real-life story Anneliese Michel, who died under similar mysterious circumstances. 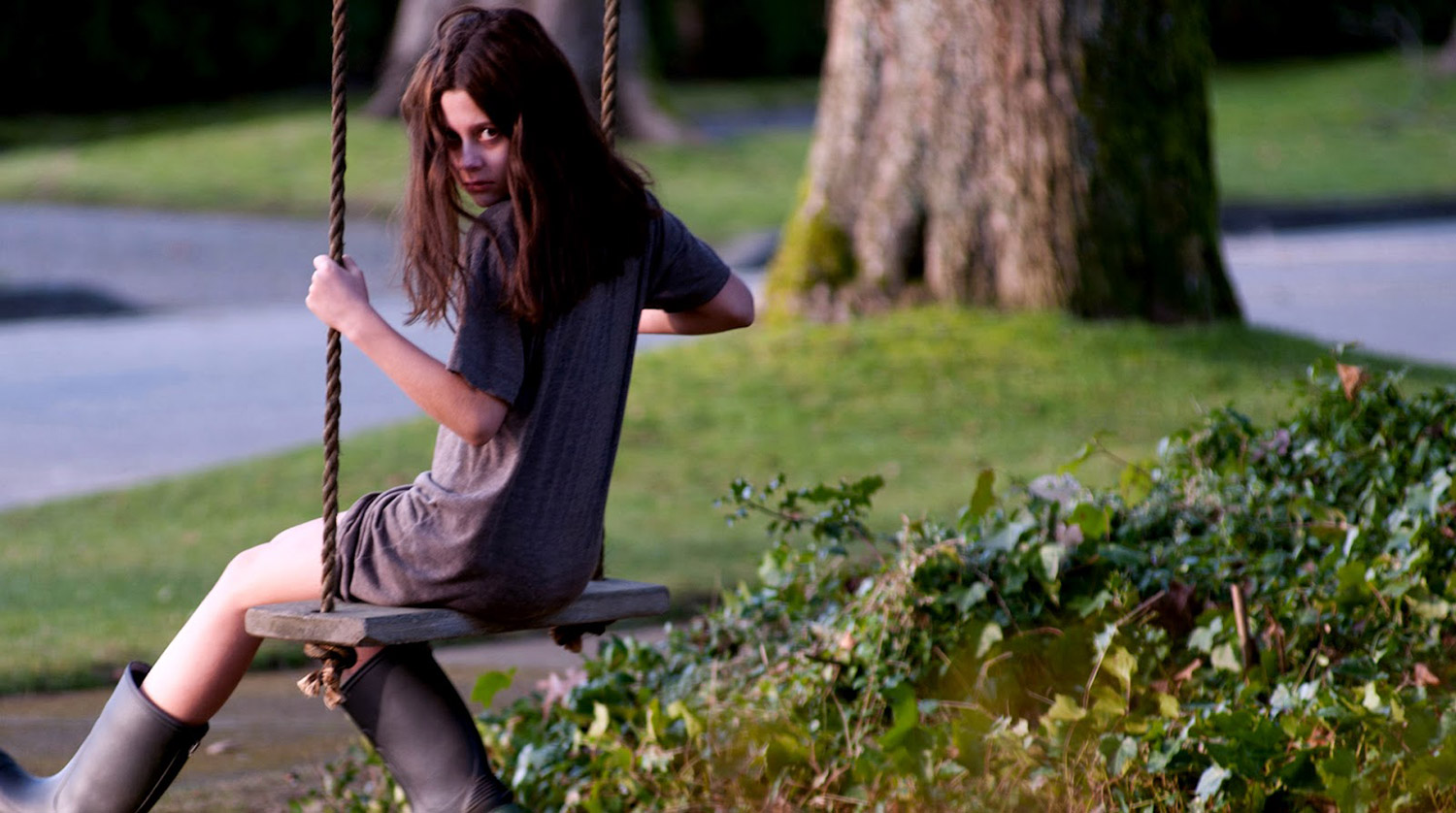 Shouldn’t have opened that creepy box.

Children seem to be especially vulnerable when it comes to dark entities, as explored in Ole Bornedal‚Äôs 2012 film “The Possession.” Emily Brenek (Natasha Calis) is a young girl who finds herself drawn to a mysterious wooden box at a yard sale. She opens it, unaware that a malevolent spirit was trapped inside awaiting a suitably innocent victim. Emily soon begins to act violently, charged with supernatural power. This film is particularly fascinating in that it explores demons and exorcism from a Jewish perspective. 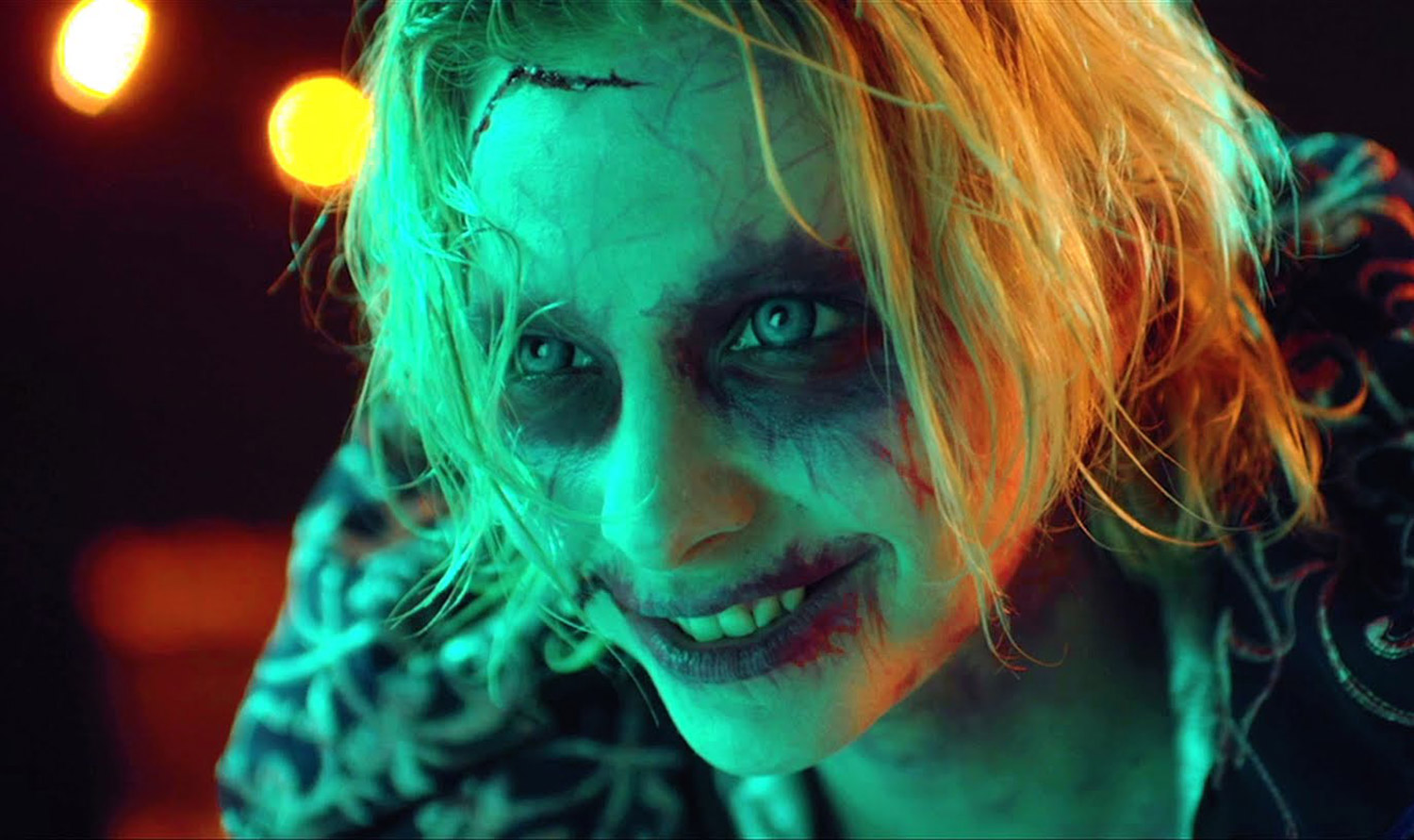 This is what happens when you fall in love with your demons.

While this movie falls into the category of horror-comedy, it has its fair share of sinister scenarios and ghoulish girls. Jordan Galland brings us the story of Ava (Louisa Krause), a woman who has recently recovered from a bout of possession and now has to deal with the hangover and mess that her demon created. She joins “Spirit Possessions Anonymous,” a support group aimed at teaching the victim how to overpower their entity in case it tries to return. As Ava discovers, having access to powers beyond the limitations of human capabilities and morality can be a seductive thing‚Äîand there are those out there who wish to harness that energy for their own wicked purposes. This is a rarely-seen side to the demonic possession story that will both creep you out and make you laugh at the recycled horror-movie plot devices. 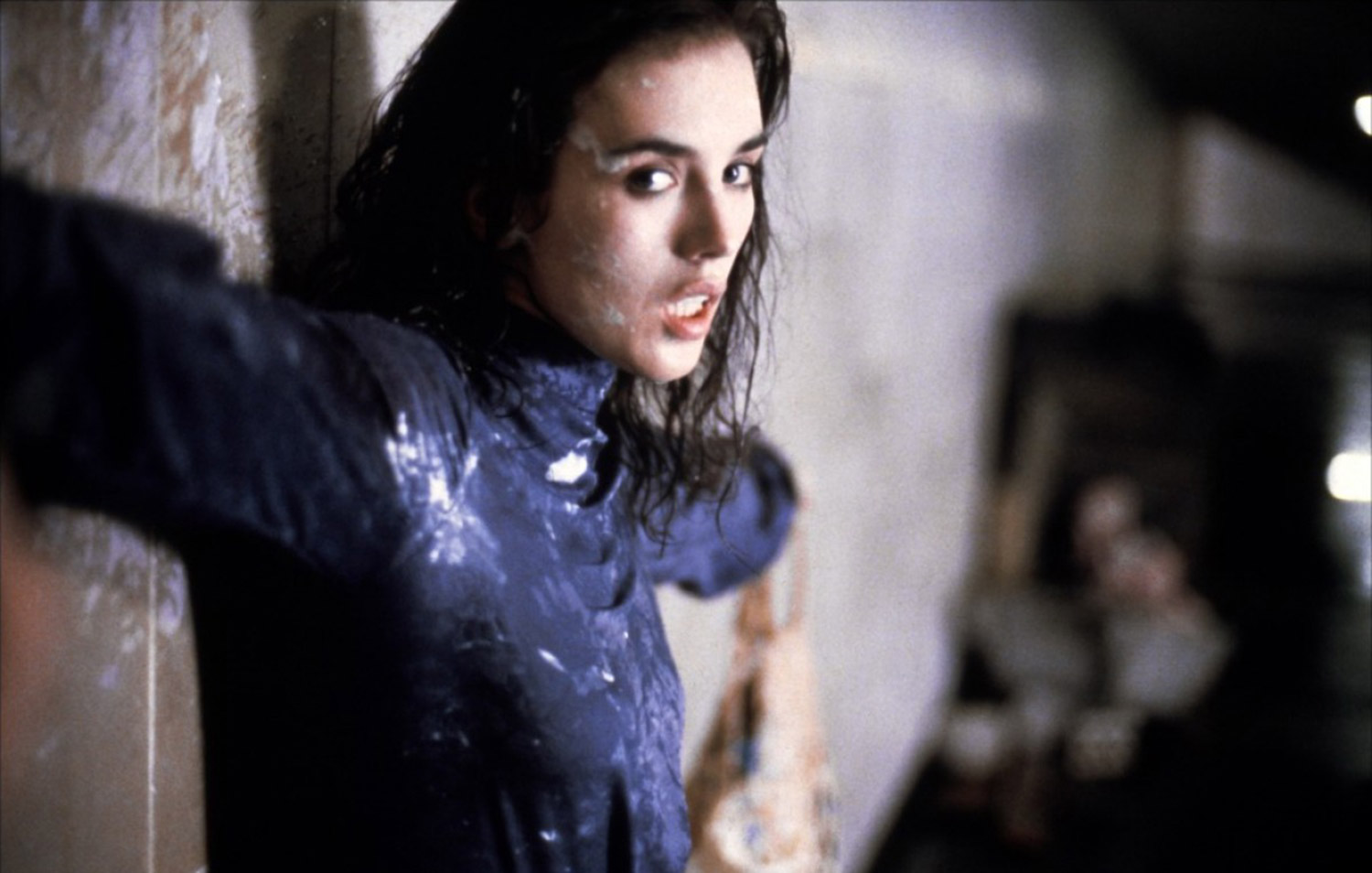 There is no finer place than a subway station to laugh-scream your way into insanity.

Prepare for a mind trip and Sam Neill as you have never seen him before (ranting, twitching, and constantly blood-stained). Andrzej Zulawski’s 1981 film “Possession” is a hysterical masterpiece that wraps together an abusive relationship with a telepathic sex demon (yes, you read that correctly). Mark (Neill) returns home from a secret work assignment to find his wife, Anna (Isabelle Adjani), behaving very strangely, disappearing to a secret location to consummate with a dark force; on her way to one such tryst, Anna explodes into milk-soaked convulsions that would scare away the hardiest of priests. Meanwhile, Mark is driven mad by his own possessive desires. More drama than horror, Zulawski’s film uses a secular representation of demonic possession to abandon the viewer down a rabbit hole of marital terror. 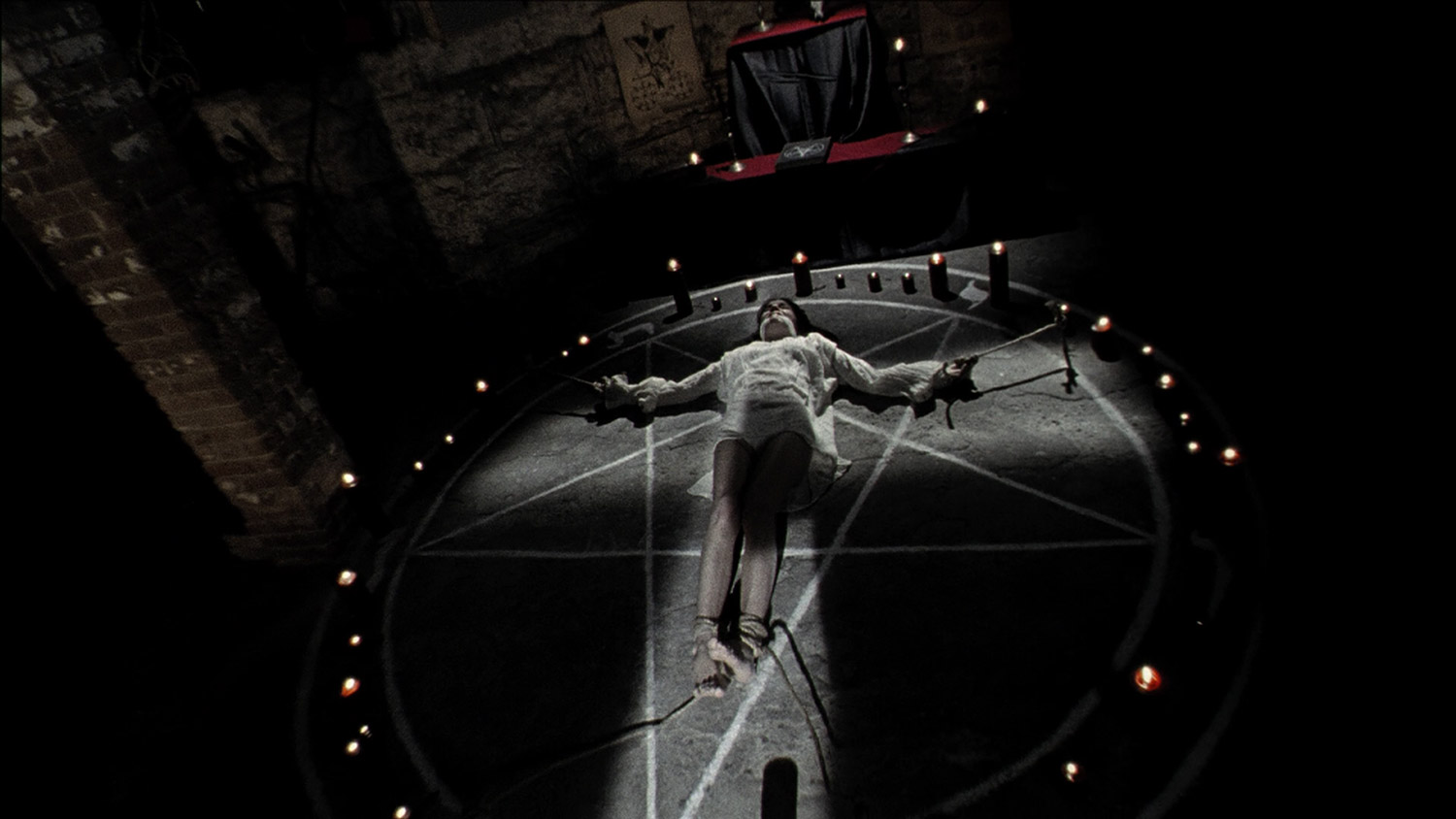 The House of the Devil

Ti West‚Äôs “The House of the Devil” is a nod to horror films of the 1980s, using old filming techniques and technologies to capture the decade’s cinematic style and Satanic moral panic. When the money-desperate Samantha (Jocelin Donahue) accepts a babysitting job at creepy mansion on the night of a lunar eclipse, things (predictably) go wrong; she finds herself designated for a ritual that will bind her to the devil, and she has to fight to survive. Creepy and filled with an anticipatory dread, this movie appeals to our nostalgia while invoking visceral fears about the ever-present underworld. 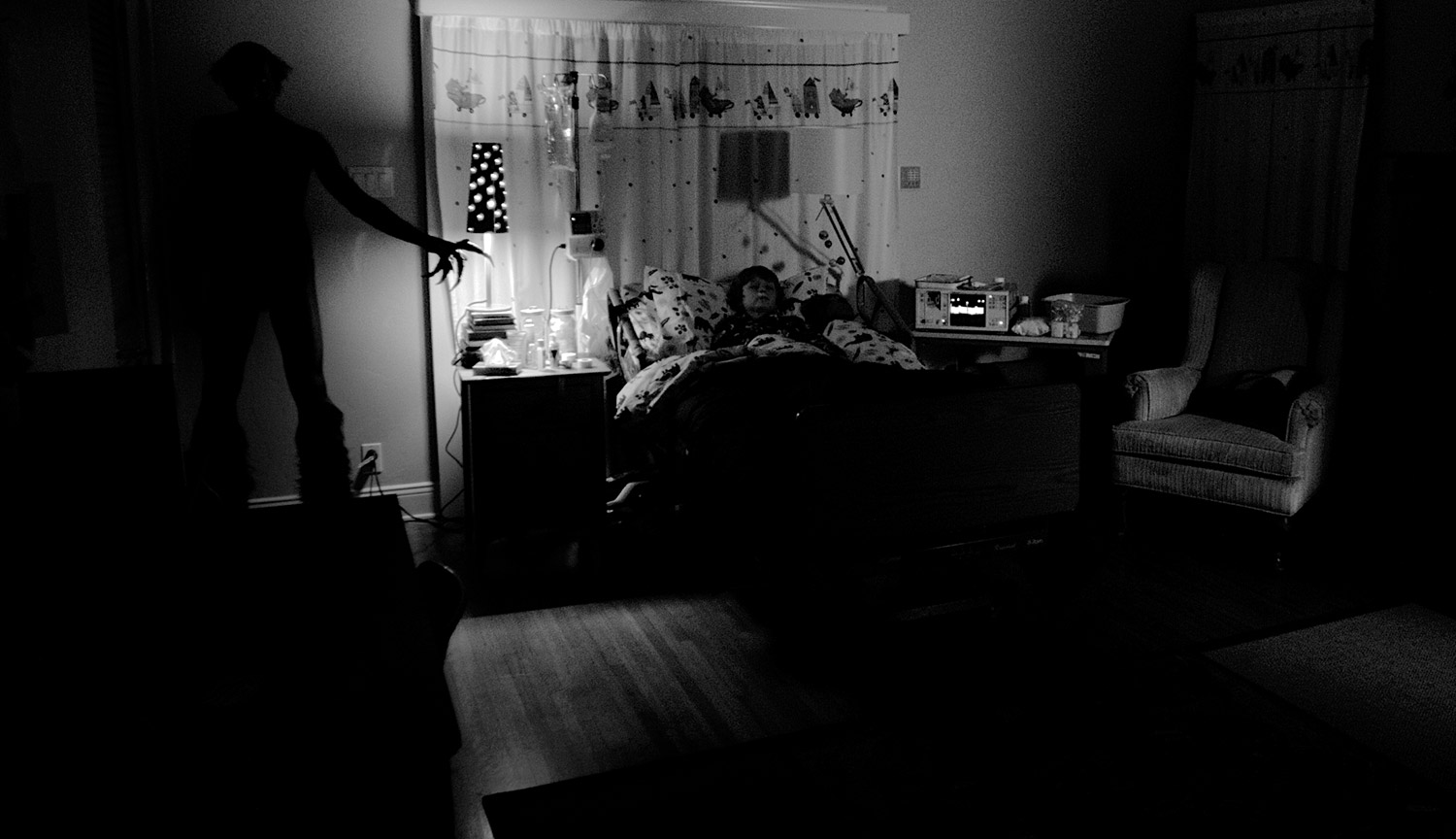 Demons are indeed insidious; they do their work through deception, using the innocent to feed their power. This is the mythology that James Wan draws on for his aptly-named 2011 film (which has since grown into a series). The plot centers around a suburban family whose male members are gifted astral projectors, travelling into alternate dimensions as they dream. One of the sons, Dalton (Ty Simpkins), has ventured too far, bringing back with him a diabolical entity from the “Further,” the realm of evil. As the demon works to use Dalton as his port to the living world, terrifying apparitions begin to appear around the house. “Insidious” has received mixed reviews, but the exploration of demons and astral travel makes this a unique entry in the history of possession films. 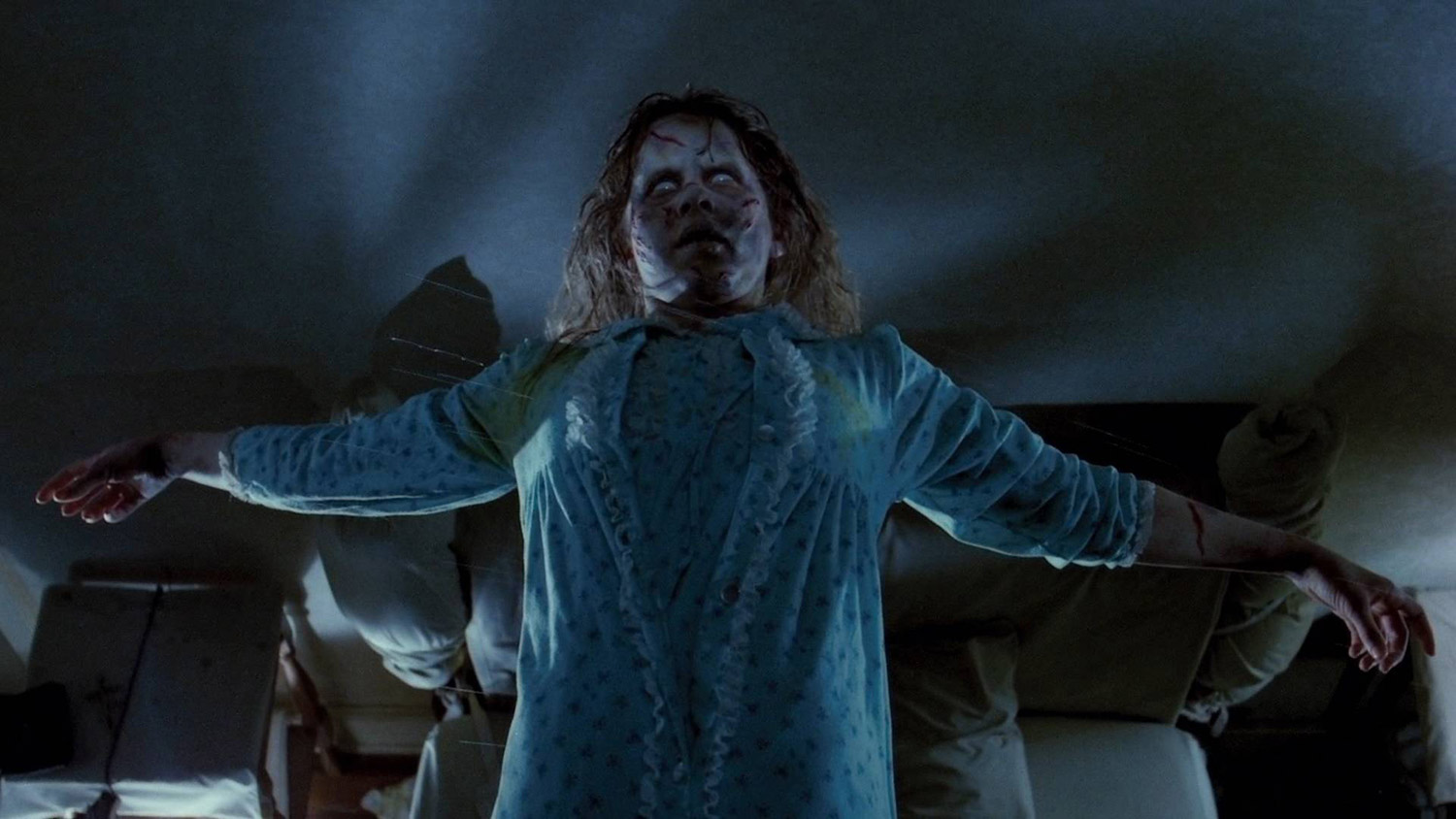 Let‚Äôs be honest: this list would not be complete without “The Exorcist.” After all, this was the movie that traumatized a generation of theater-goers, immortalizing itself as one of Hollywood’s scariest films. It made the horror sub-genre of possession what it is, replacing clich√© jump scares with helplessness and the slow emergence of the devil in the skin of of a preteen girl. Never has the body been so terrifying; Regan’s (Linda Blair) unnatural positions and grotesque acts symbolize the loss of human will. Couple this with claims of the film set being cursed, and you have a horror film‚Äîand a representation of evil‚Äîthat feels all too real.