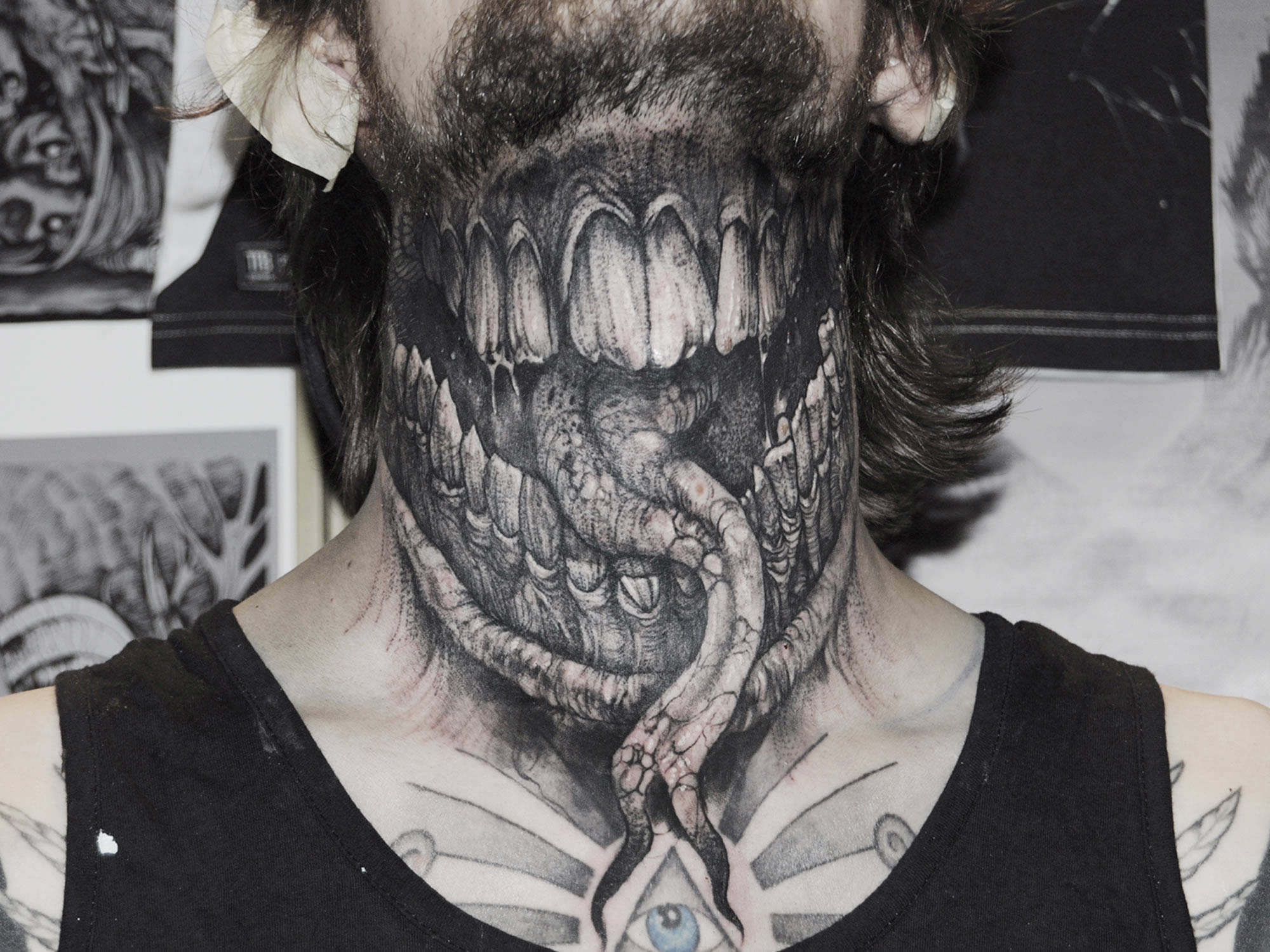 RĂłbert BorbĂˇs (aka, Grindesign) is known for his incredible blackwork tattoosâ€”and deservedly so. Along with strong lines and flowing compositions, BorbĂˇs harnesses the subtle nuances of black and gray ink to produce deep, lush, gothic scenes haunted by demonic animals, moldering skulls, and the restless undead. Much of his imagery derives from themes of the occult. In 2015, BorbĂˇs opened up his first shop, Rooklet Ink, located in downtown Budapest. 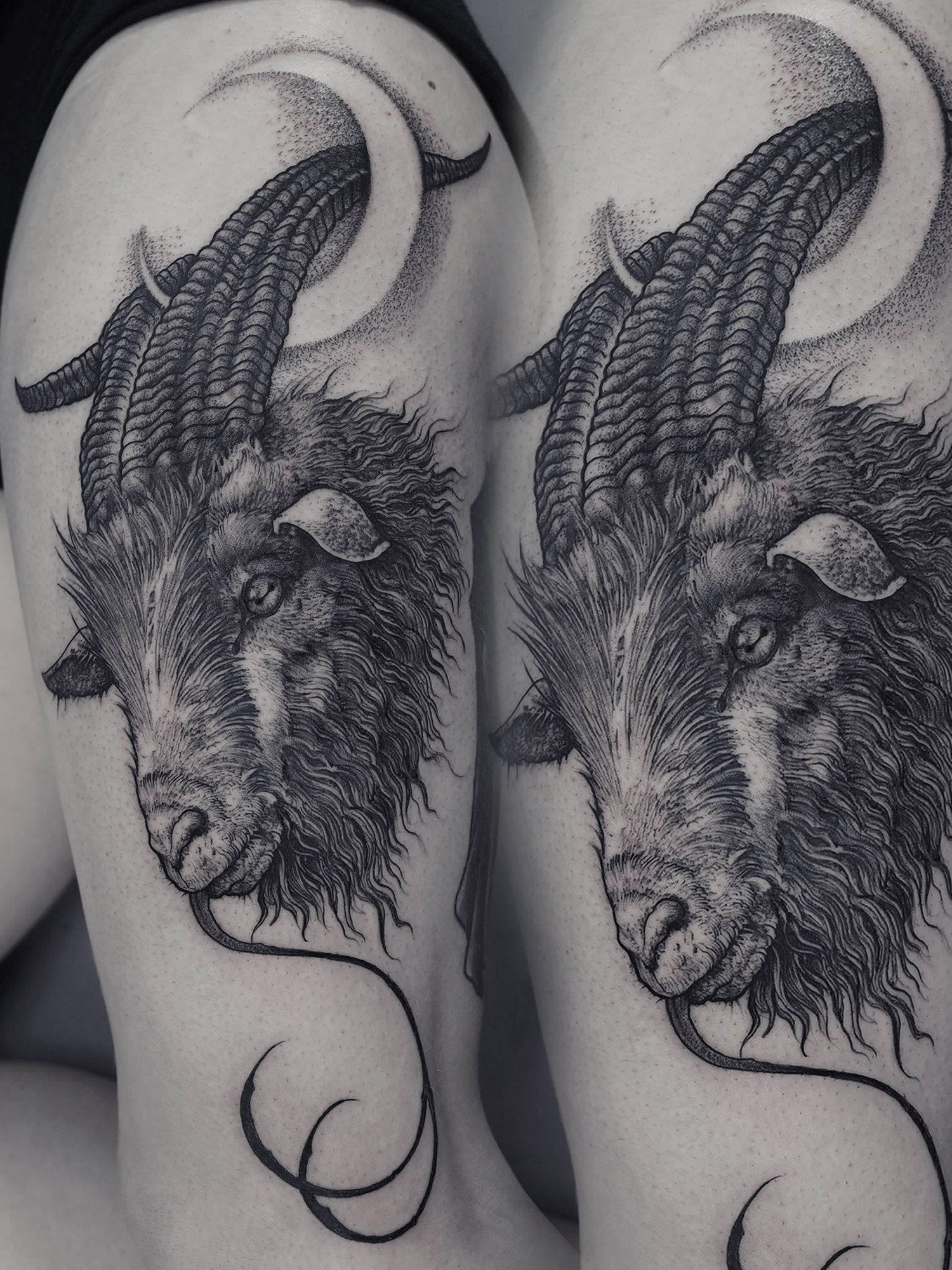 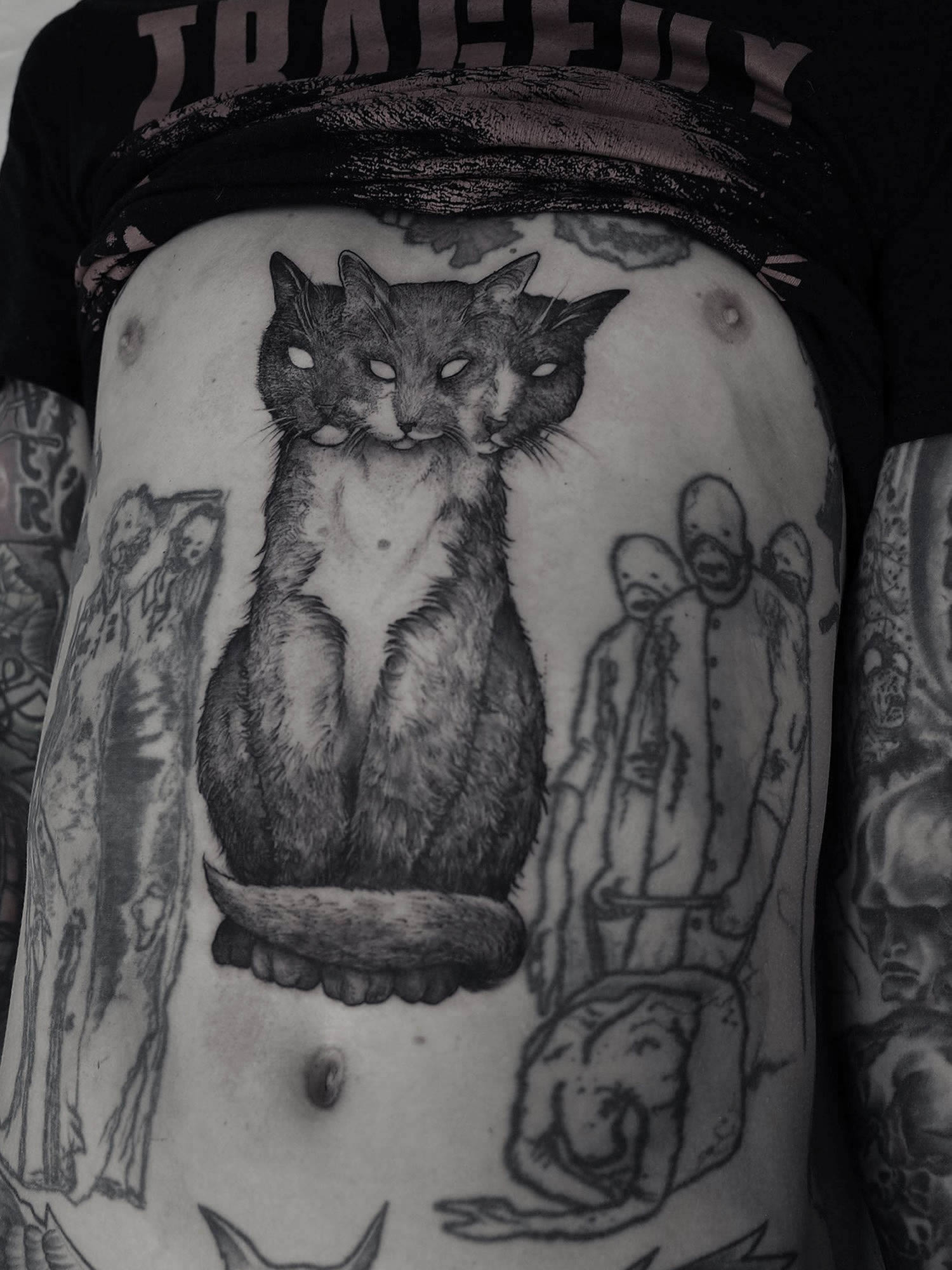 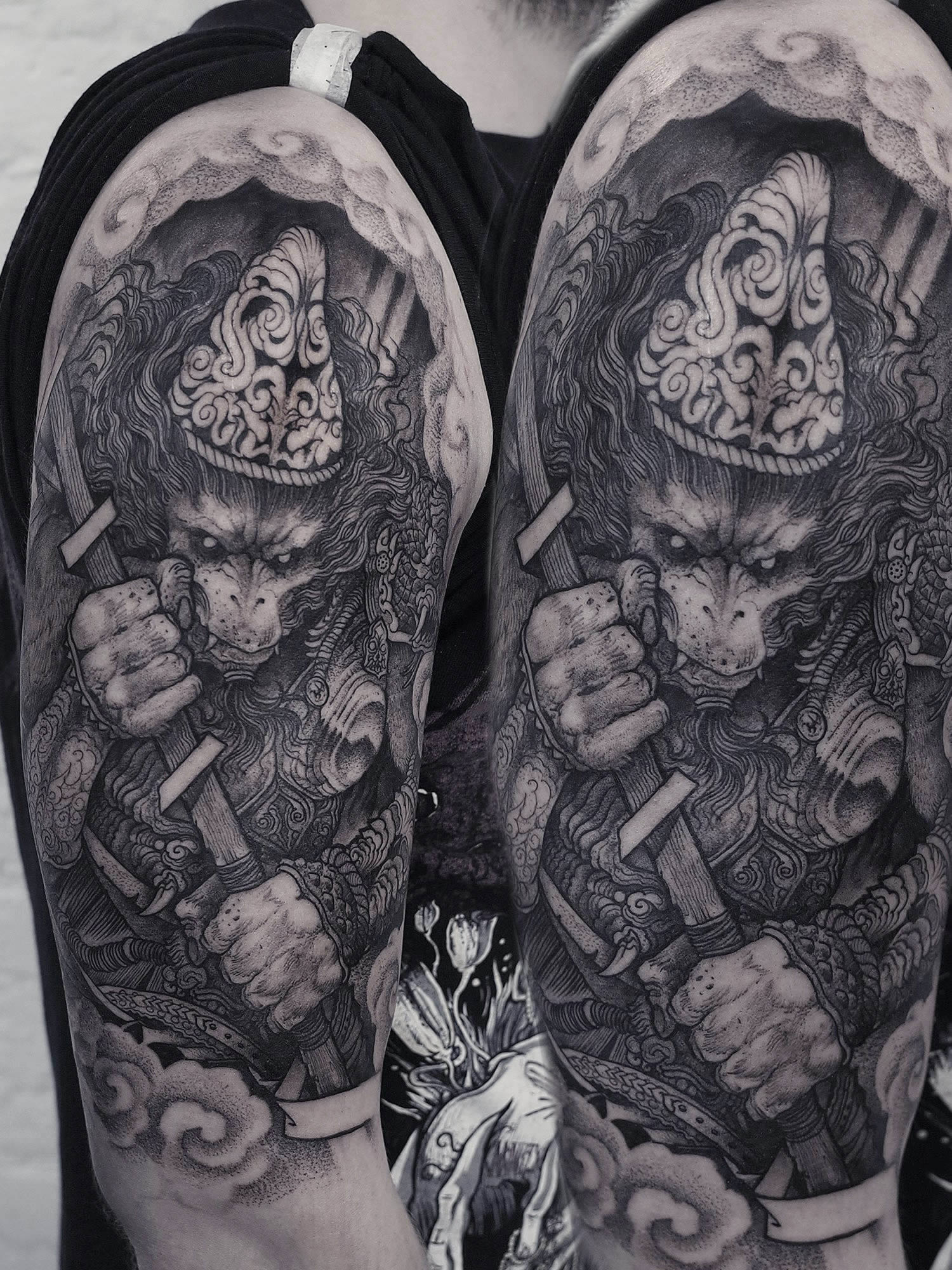 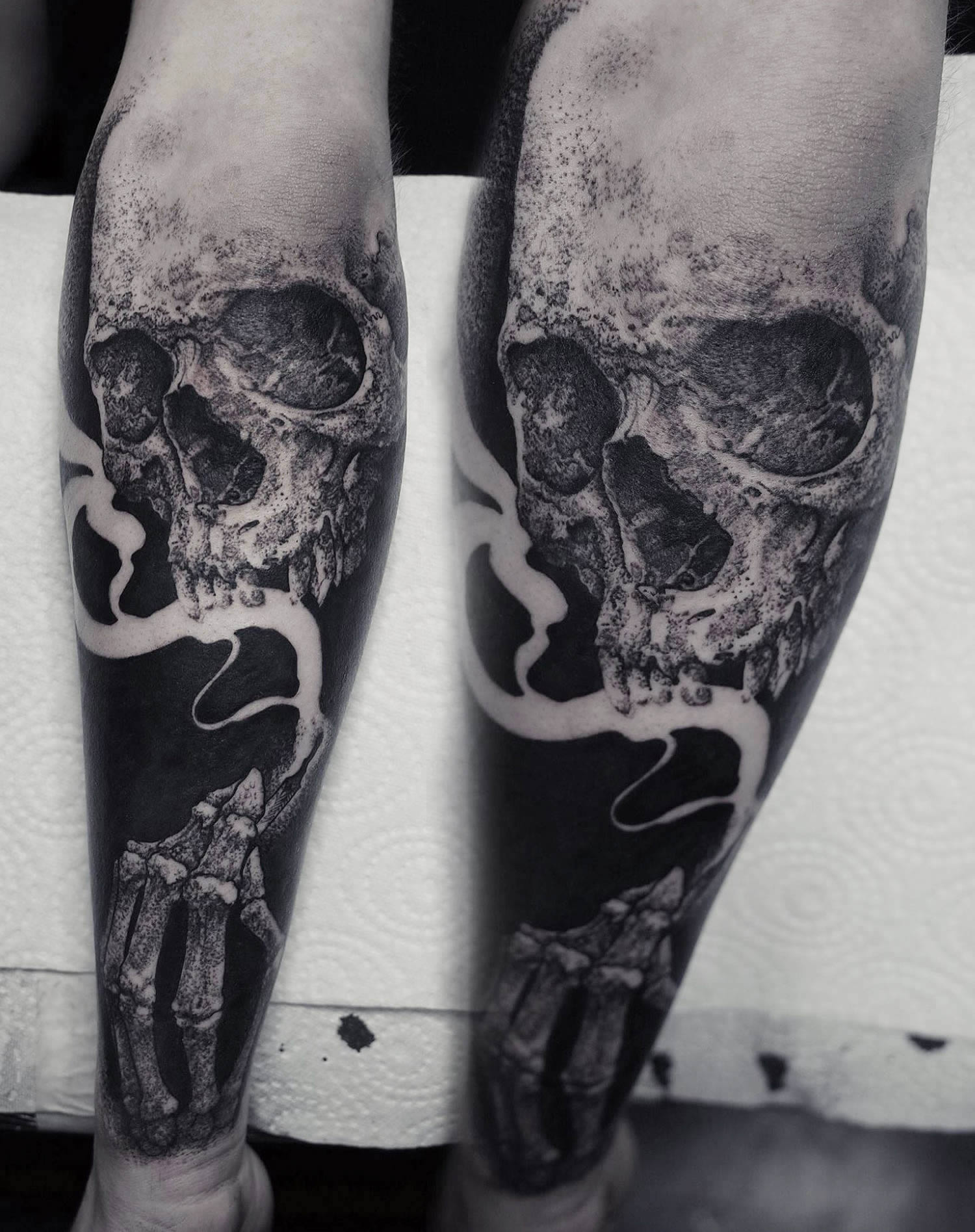 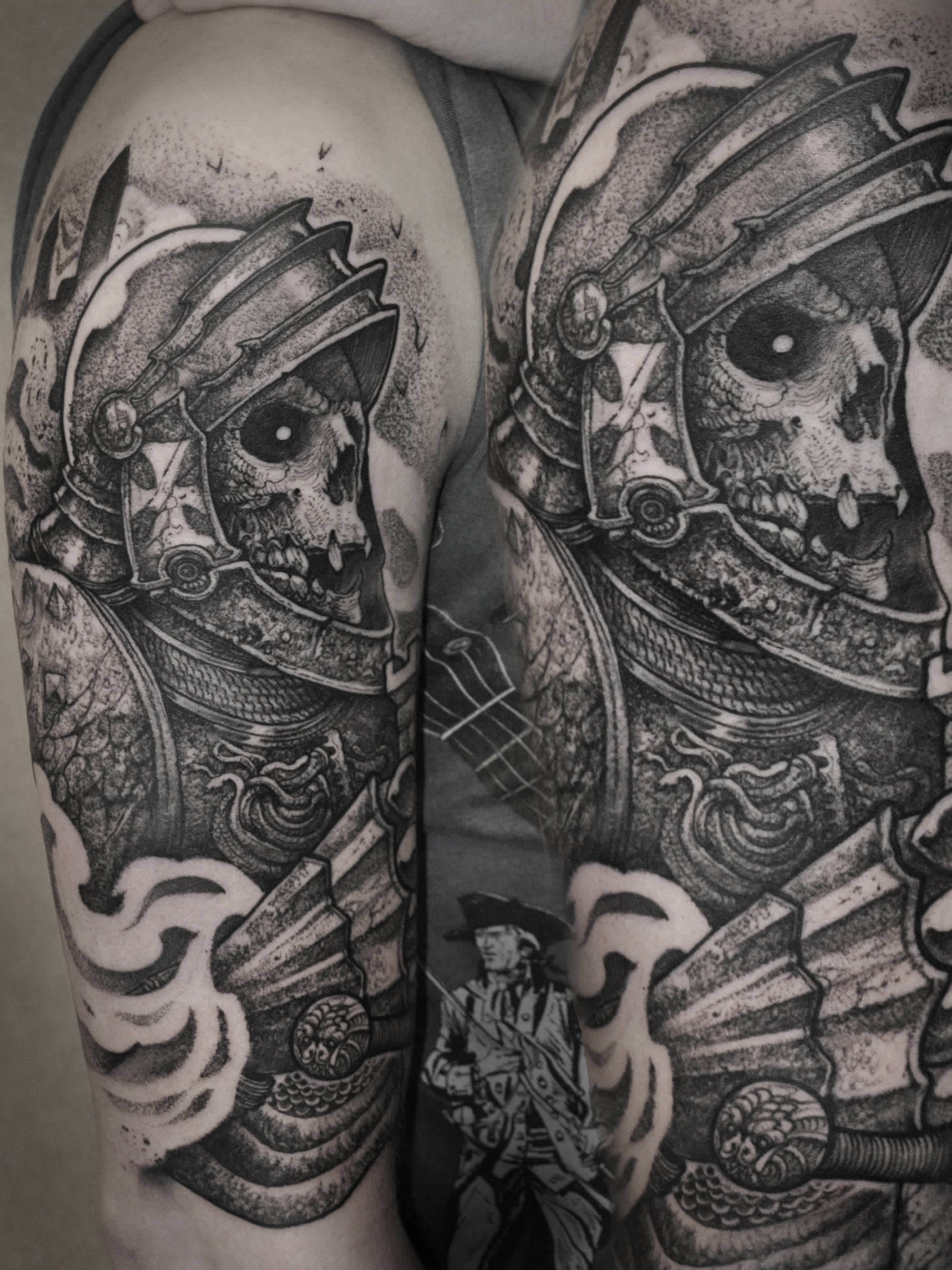 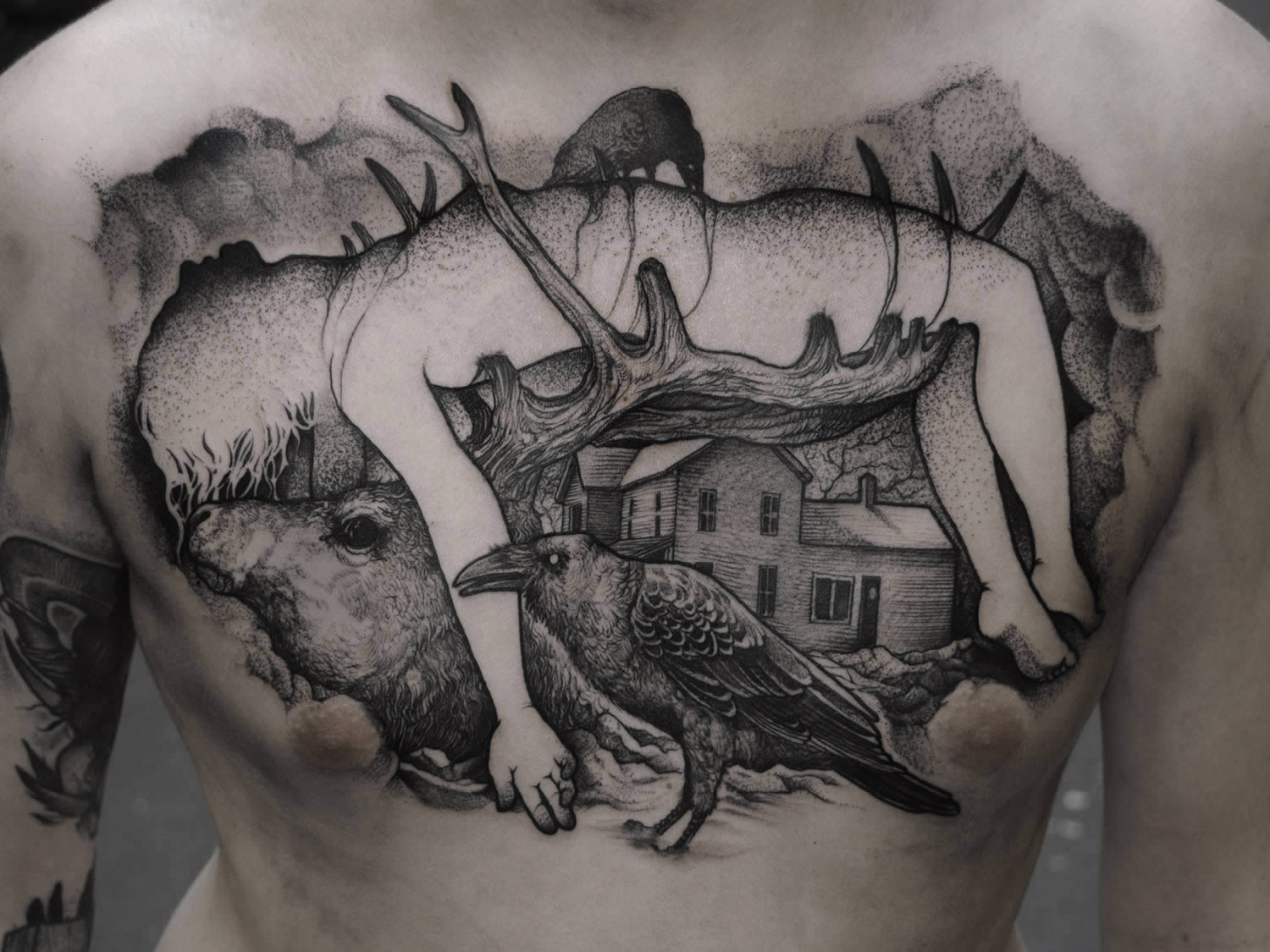