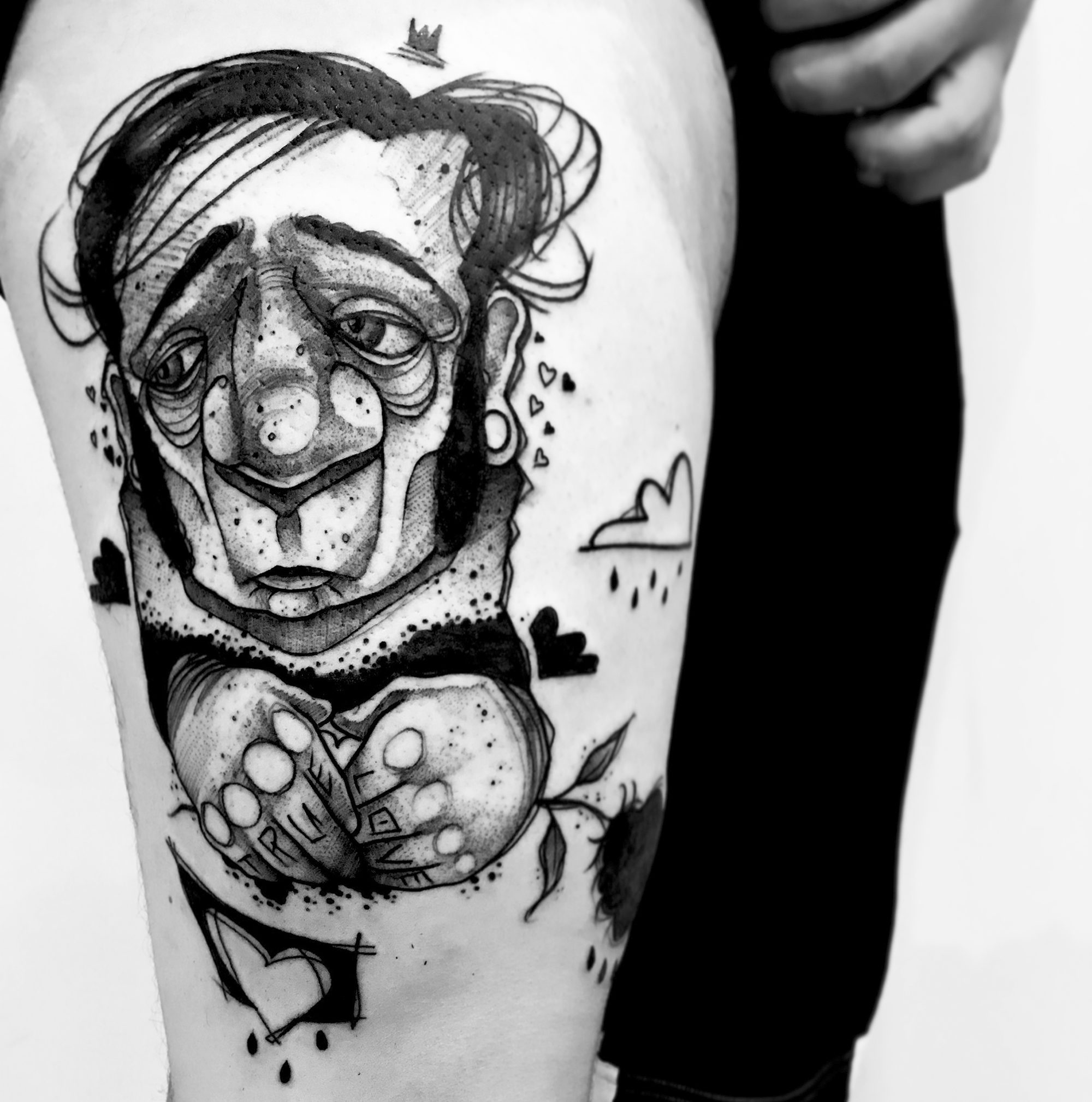 He has been a graffiti artist since 1999 under the name of “Ninne.” Nineteen years later he is still using a similar name but now as a tattooist, having started working in the tattoo industry in 2015. ŌĆ£I decided to become a tattooist because I believe it is a form of art that is more interactive. Firstly you have to follow the flow of the body which means that the ŌĆścanvasŌĆÖ gets interesting. And secondly itŌĆÖs intriguing because you donŌĆÖt have the space for mistakes and in my opinion that makes me more strict on myself.ŌĆØ Initially his tattoo designs were not the same as the work he did on walls and paper, but as time went on it intertwined into a consistent style of character design. Through his characters Ninne Oat depicts lonely souls, however, there is still lightheartedness to themŌĆöŌĆ£I am inspired by love and I live my life in a positive way, so ŌĆśhumorŌĆÖ couldnŌĆÖt be missing.ŌĆØ 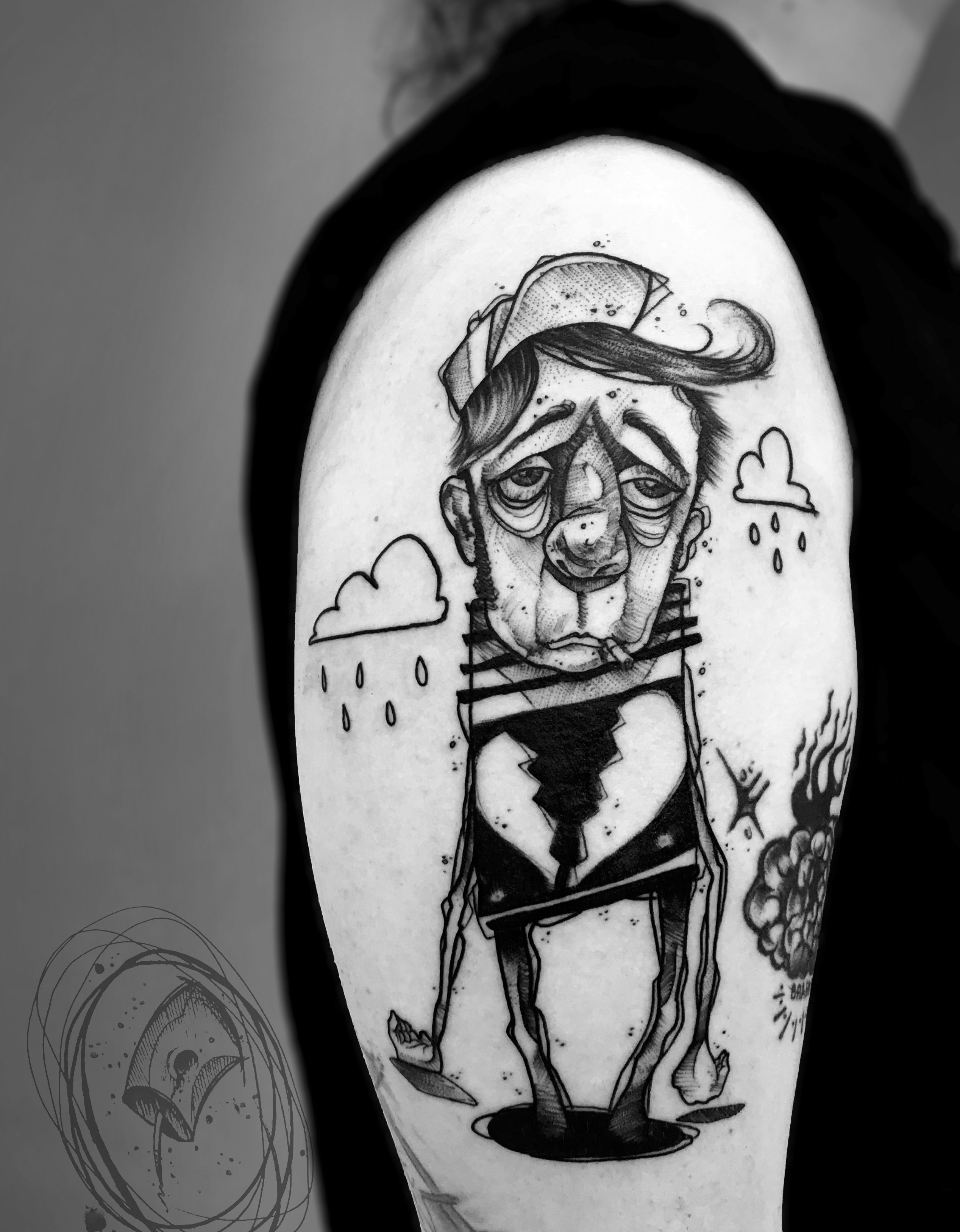 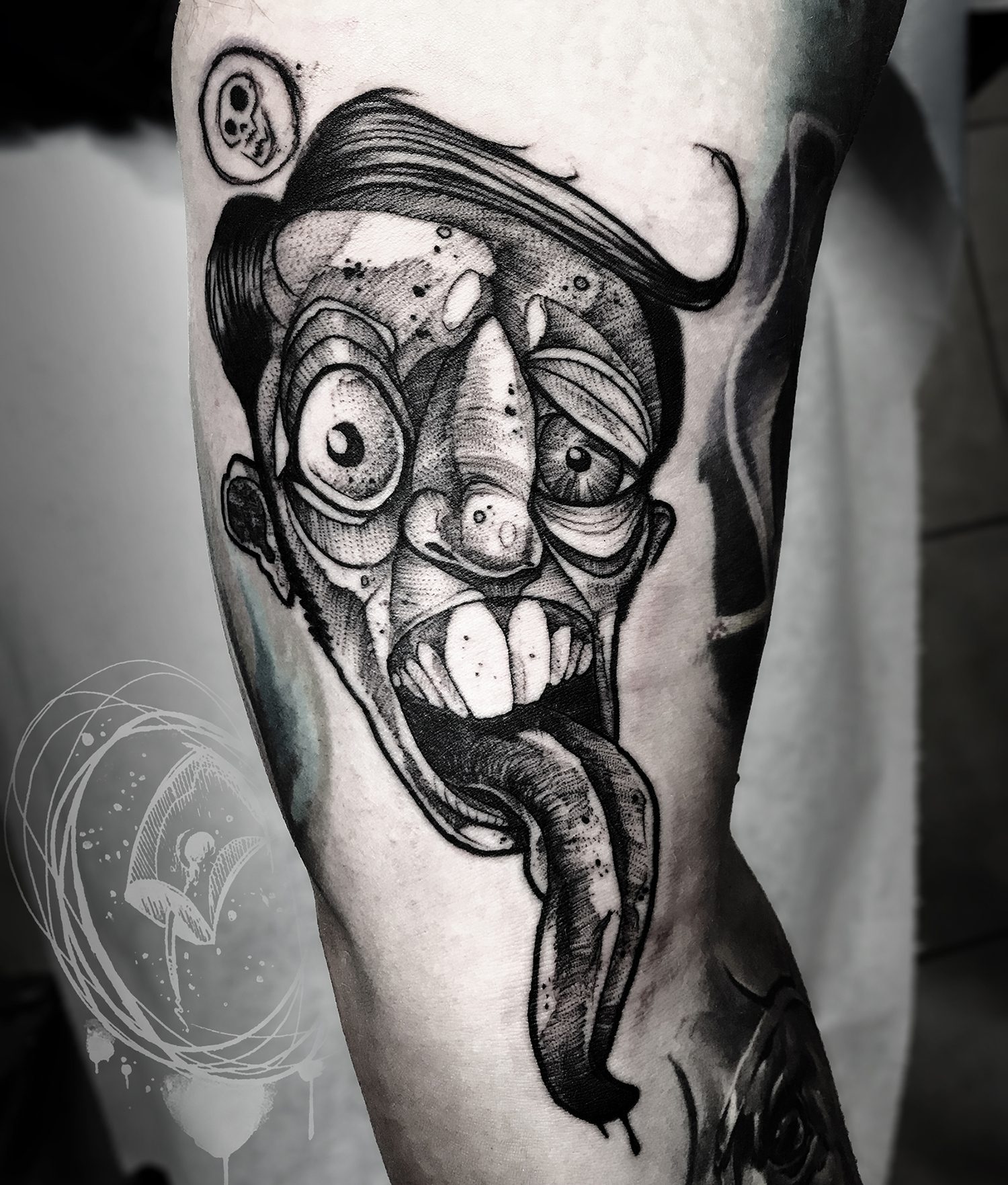 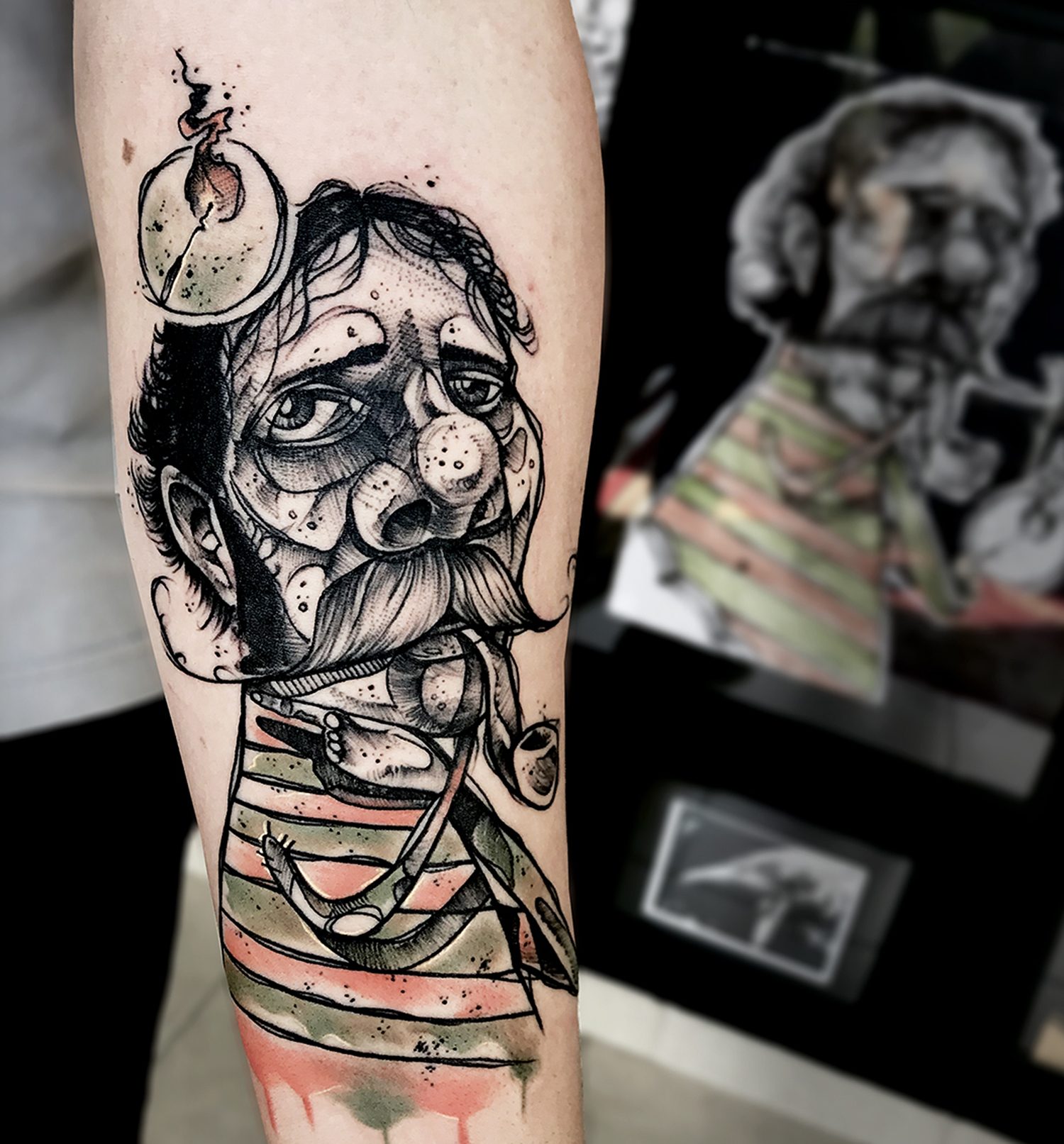 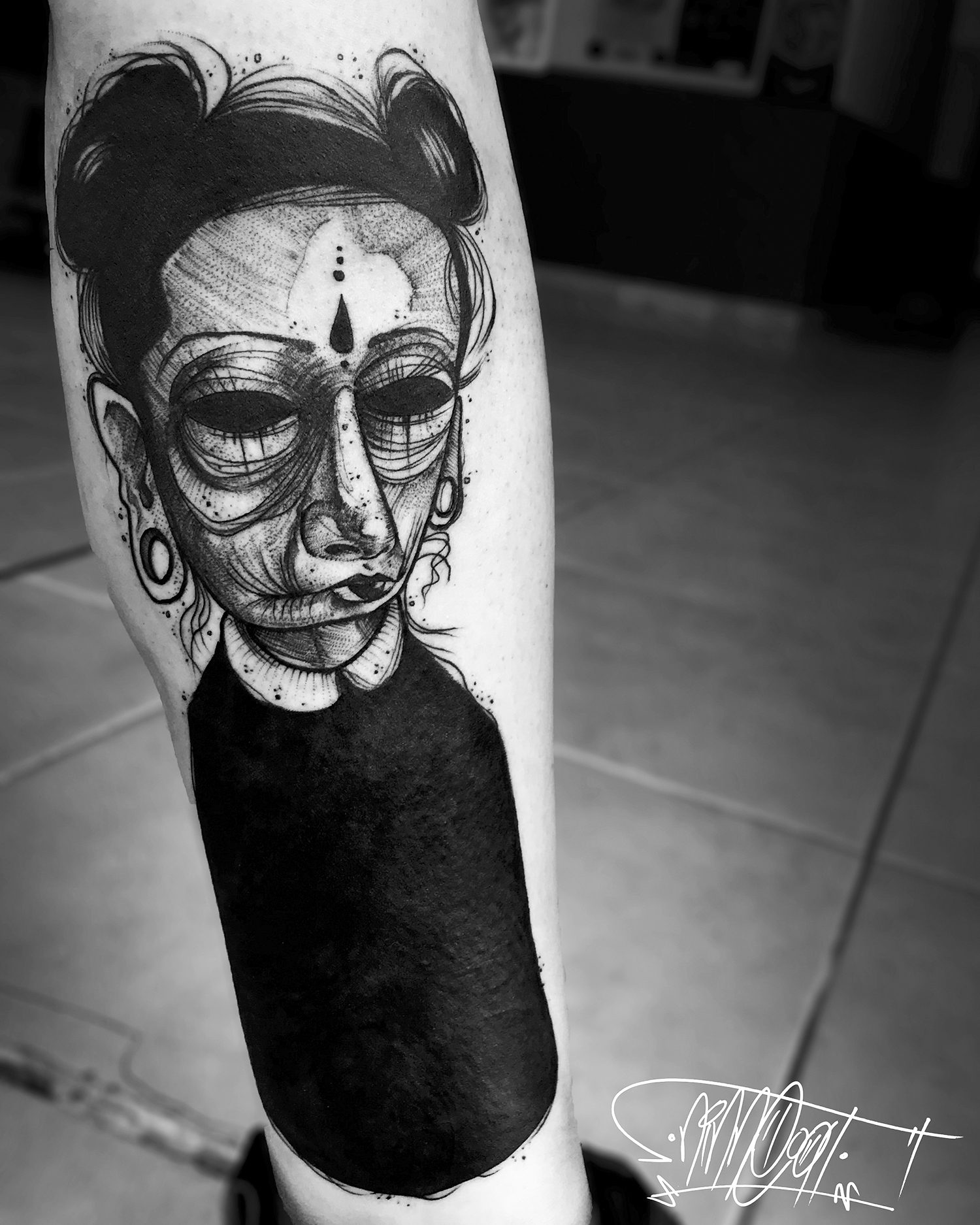 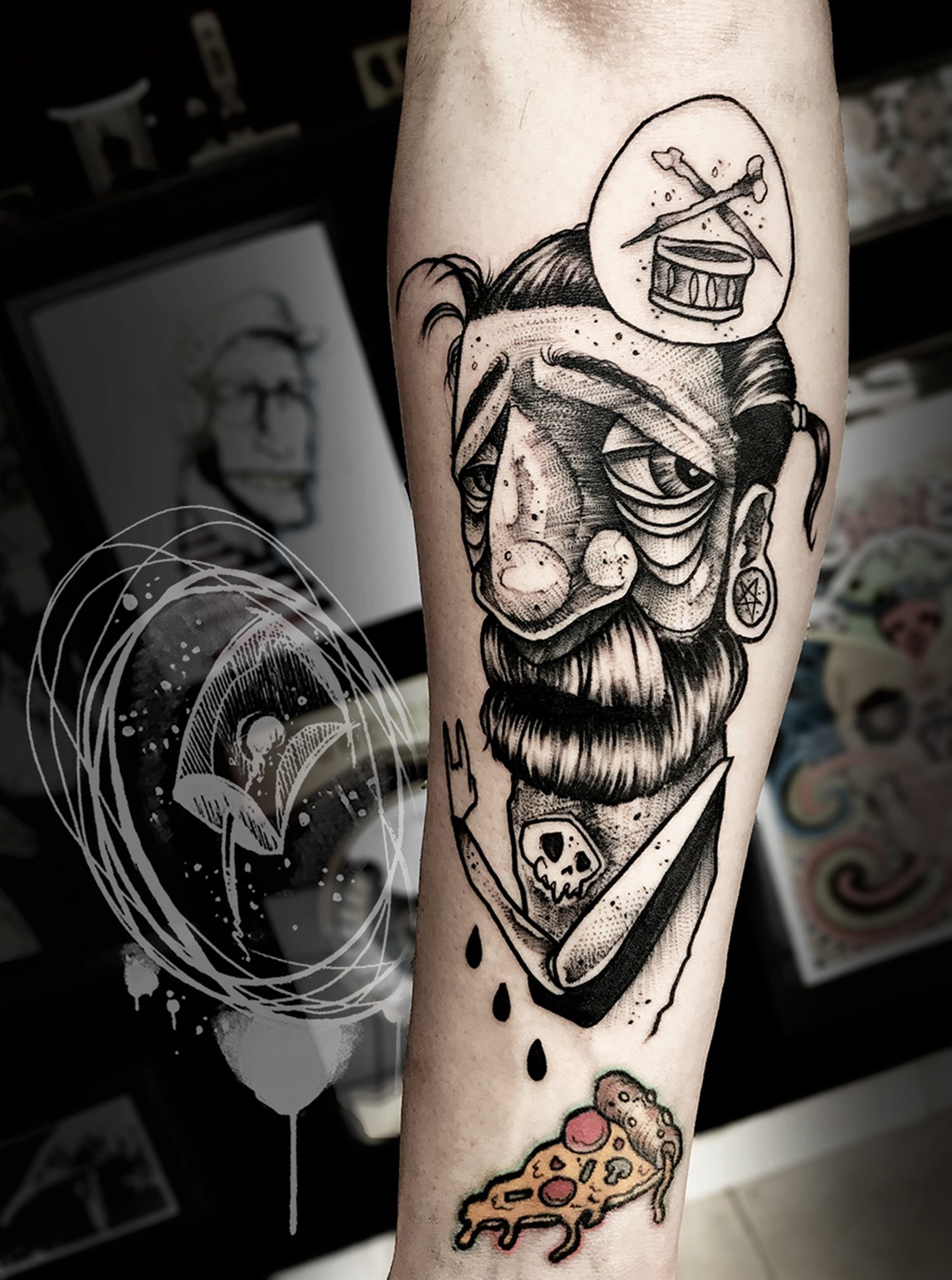 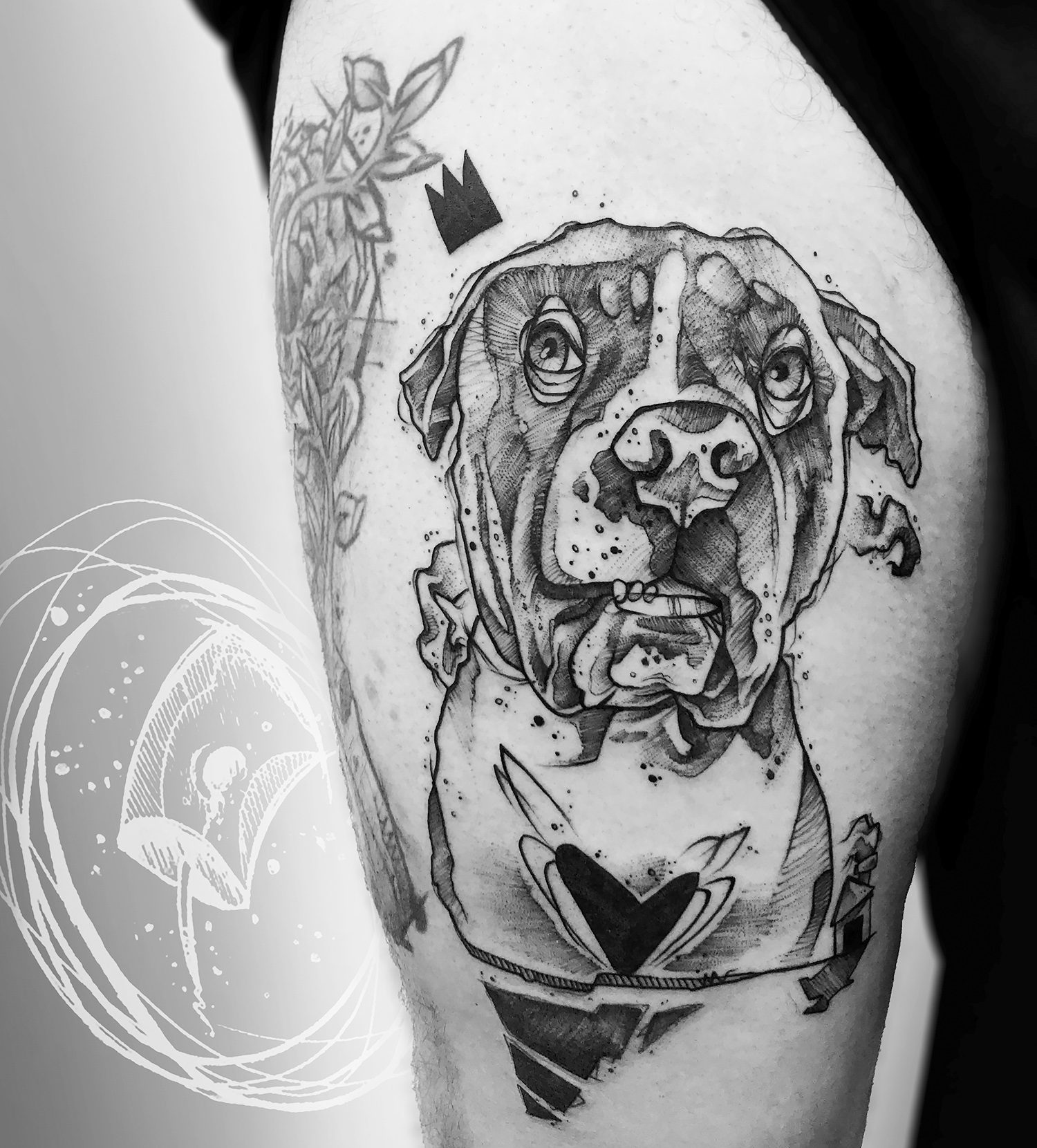