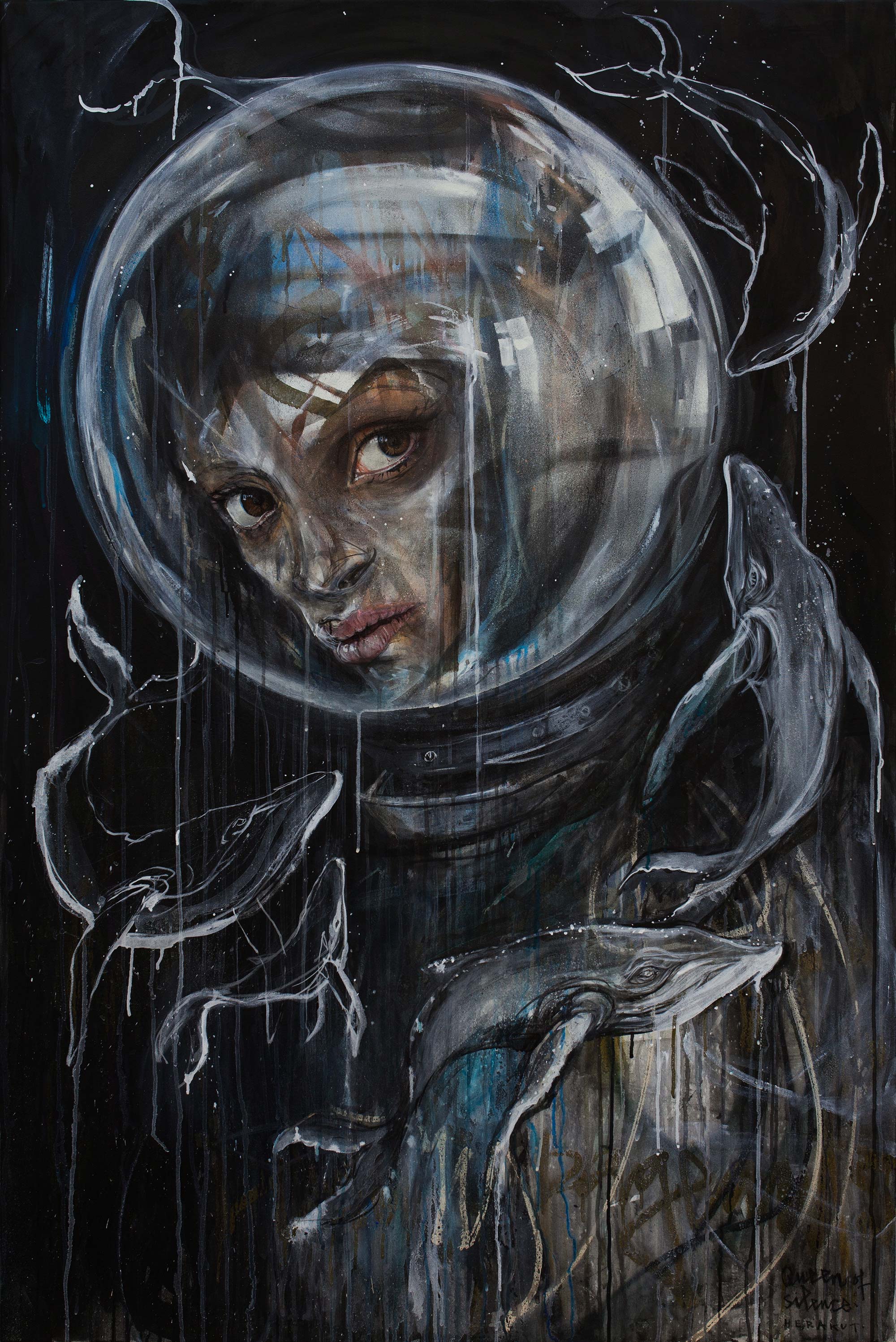 Herakut is the name of a German street artist duo comprised of Hera (Jasmin Siddiqui) and Akut (Falk Lehmann). Since 2004, they have joined their skills and shared visions in creating story-and-symbol-filled artworks all around the world, both on buildings as large-scale murals and on canvas, paper, and film in the studio. Duality is a vital component to their work, consisting of HeraŌĆÖs expressive line work and AkutŌĆÖs photorealistic touches. Emerging from this creative dialogue are melancholic, playful, and thought-provoking paintings that tell stories about the child-like characters they portray, each one suspended in their own vibrating, gestural worlds of introspection and complex relation. As humanitarians, Herakut has donated to charities and worked with youth programs, showing children how to create a world for themselves by using their imaginations. ŌĆ£We strongly believe that your own happiness only comes through others and being in a healthy, loving and giving environment,ŌĆØ Hera said in an interview with Live FAST. ŌĆ£Give to receive. Never put art first. Put people first.ŌĆØ 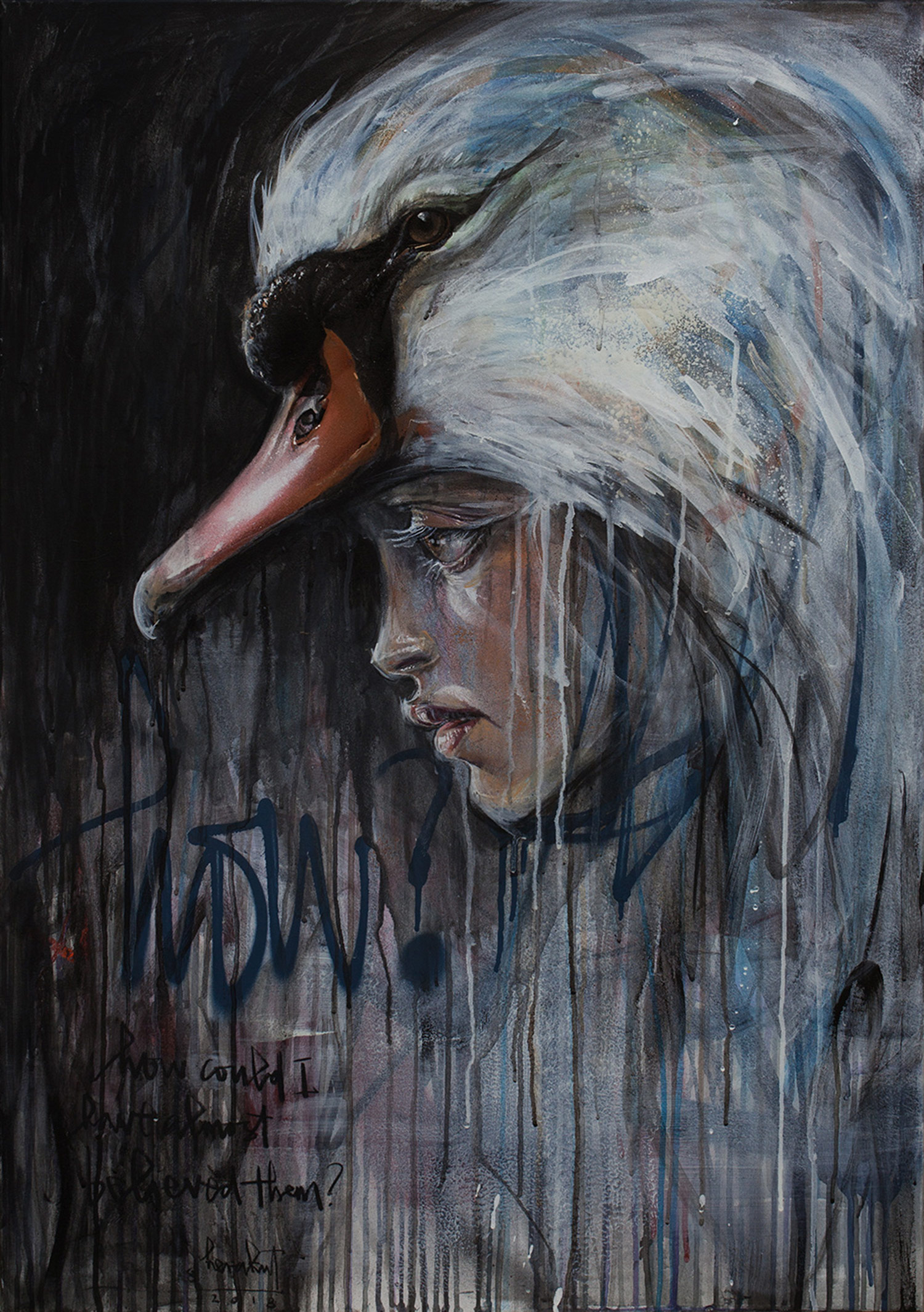 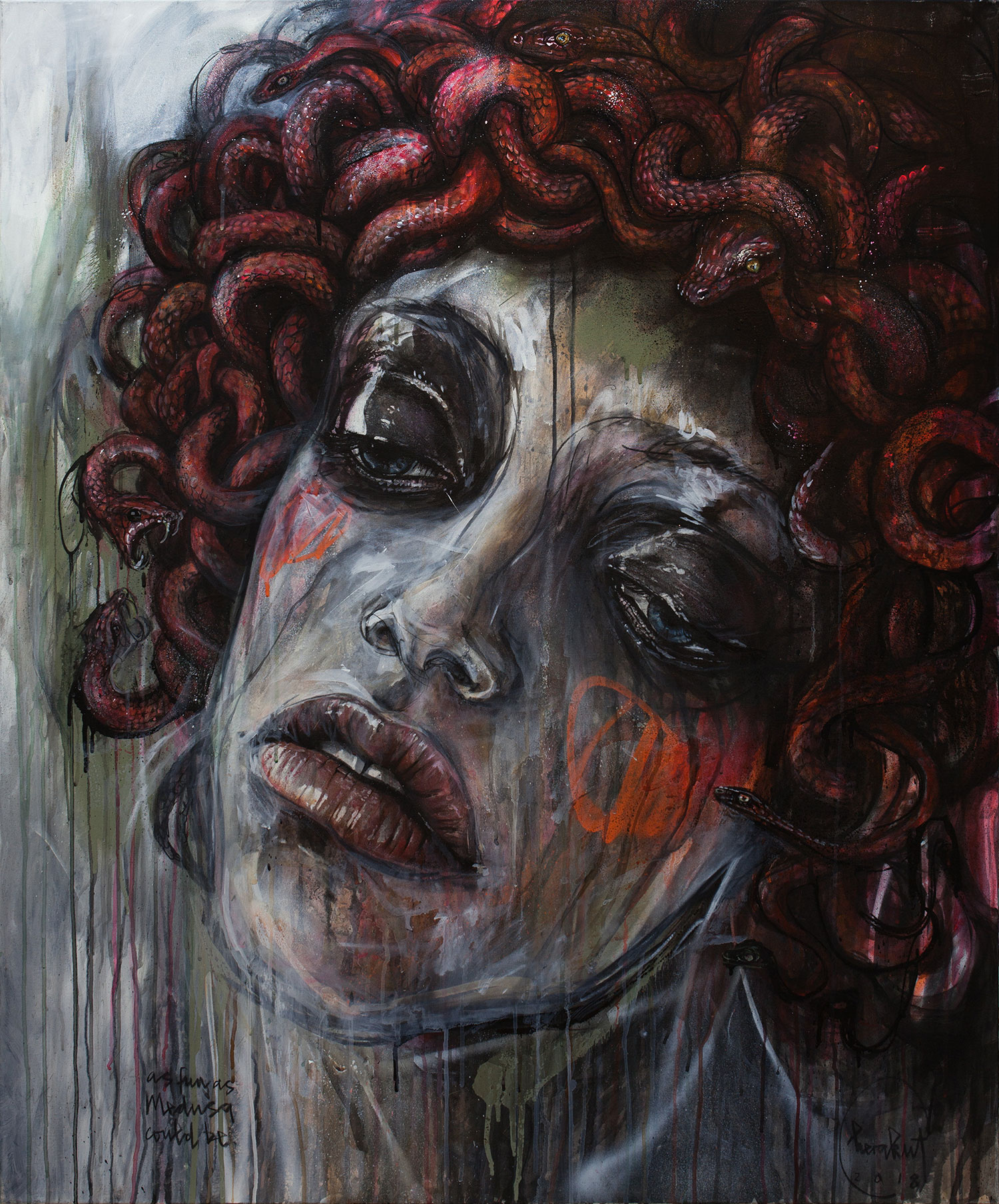 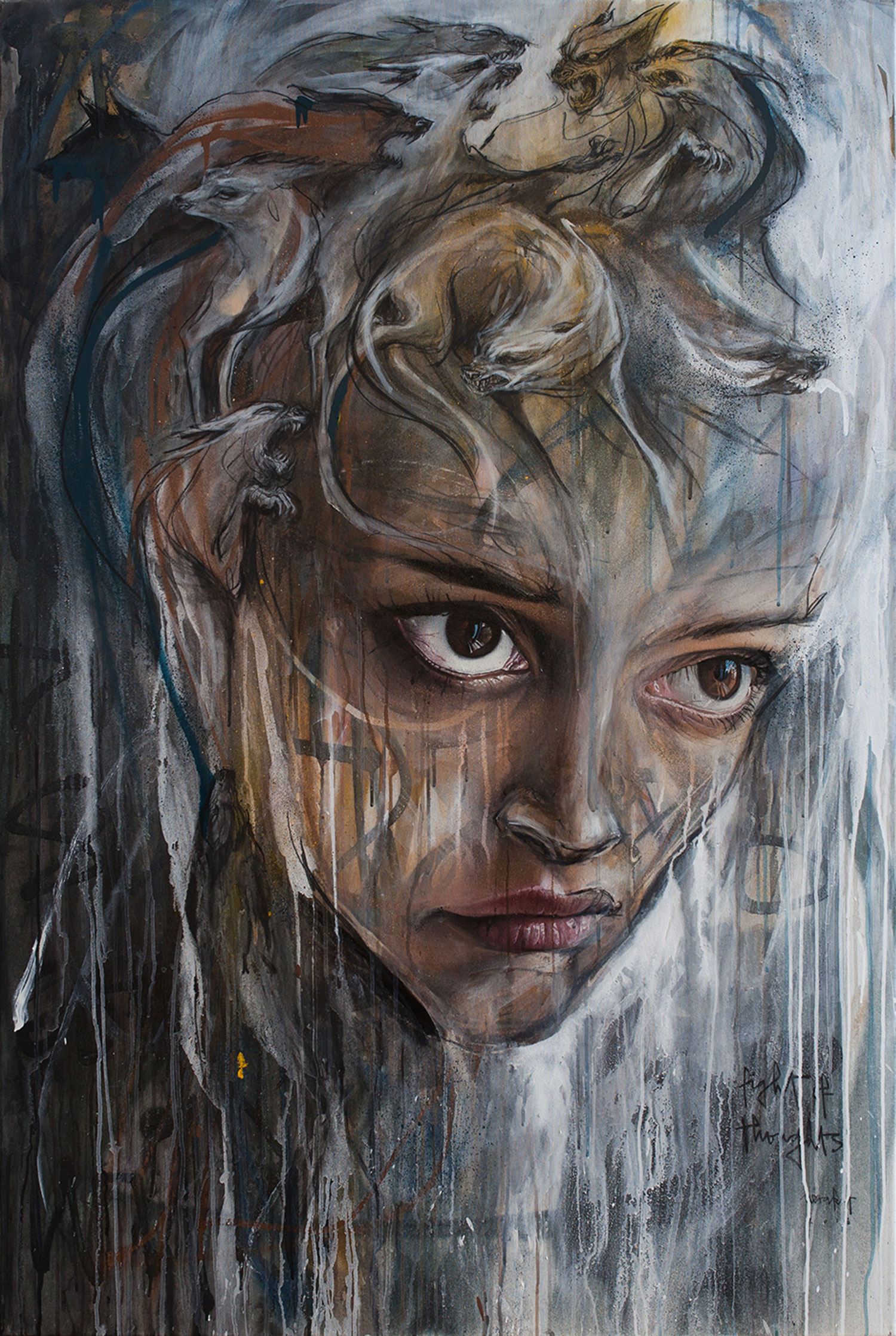 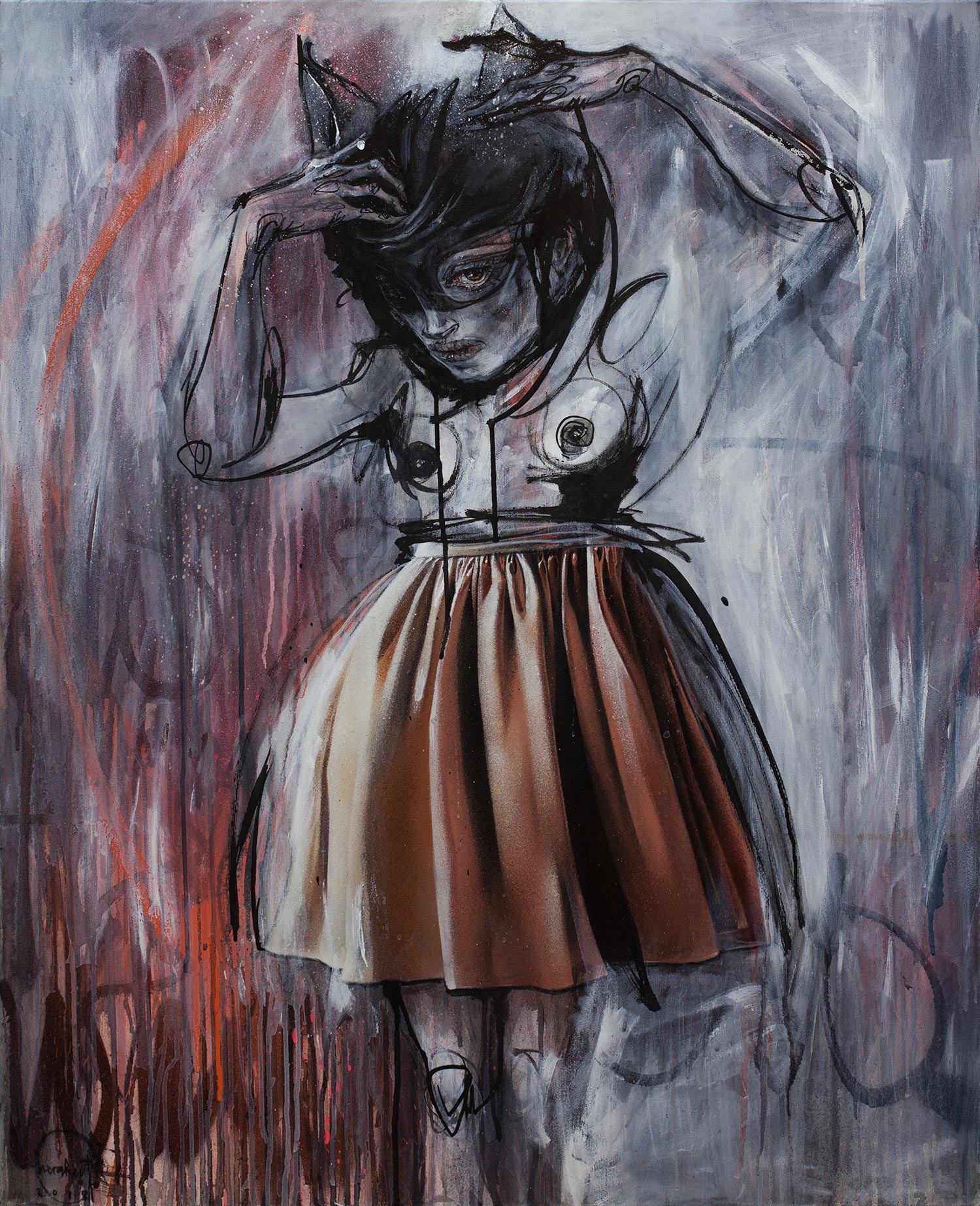 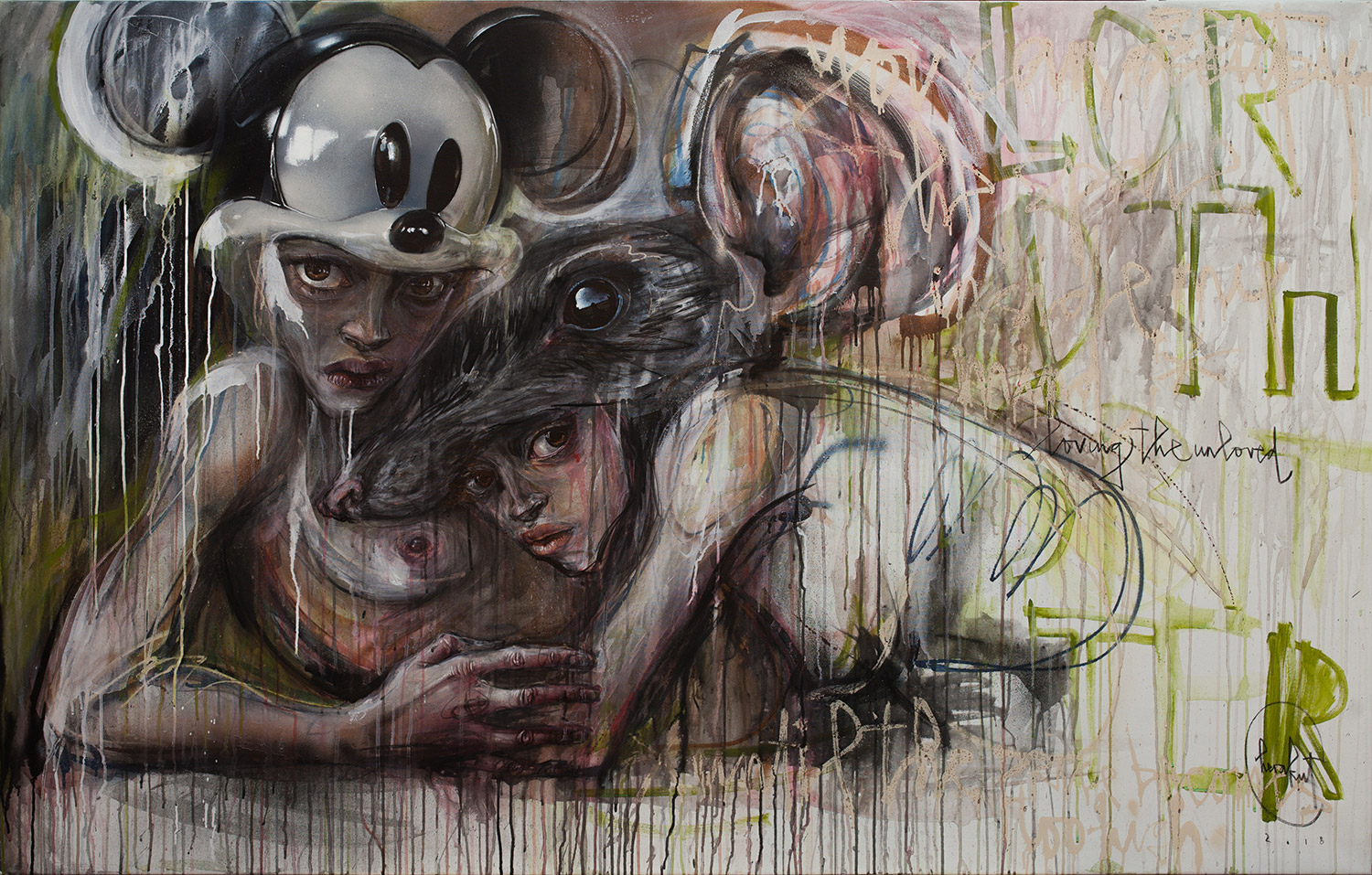 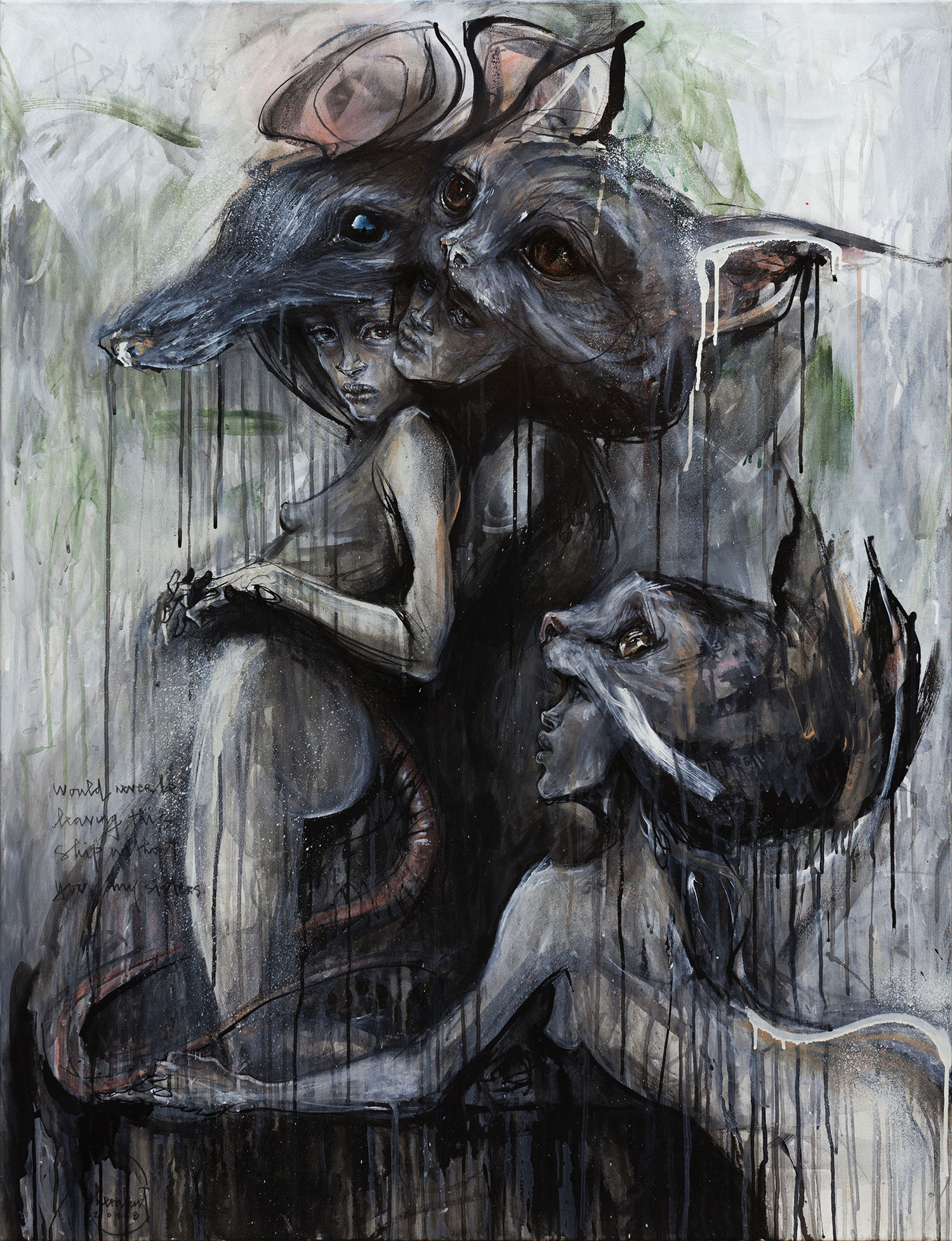