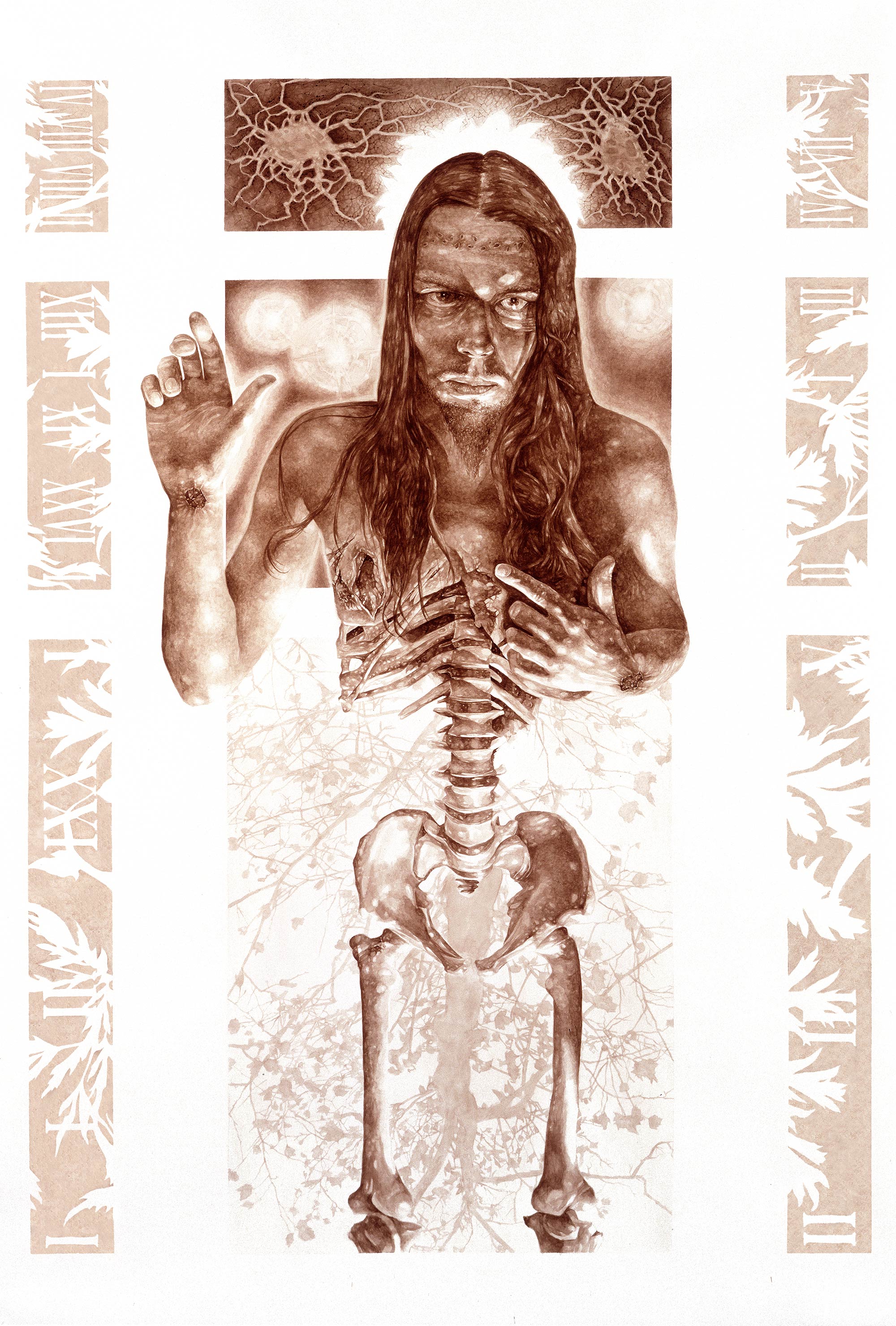 Vincent Castiglia is a renowned New Yorkâ€“based artist who paints large-scale portraits using blood. He began this project in 2000, shortly before he began as a tattoo artist. His work has been recognized worldwide, attracting attention and accolades from Slayerâ€™s Gary Holt, comedian Margaret Cho, and the late H. R. Giger, who in 2008, invited Castiglia to exhibit his work in a solo show in Switzerland.

The blood is usually sourced from himselfâ€”15 to 18 tubes at a timeâ€”but more recently, Castiglia has accepted commissions wherein he combines his blood with that of the clientâ€™s on paper. His impressive collection of sepia-toned â€śliquid fleshâ€ť portraits allegorize human experiences of death, suffering, sanctity, and hope; quasi-religious figures, their bodies partially skeletonized or deteriorated, pose in moments of agony and rapture. For Castiglia, these images serve as a form of catharsis; â€śtheyâ€™re meditations on very real circumstances in life that need a platform and a place to be worked out, and thatâ€™s the way I do it,â€ť he explains.

To learn more about Castigliaâ€™s work, visit his website. A documentary (directed by John Borowski) on his life and work is set to be released in 2018. 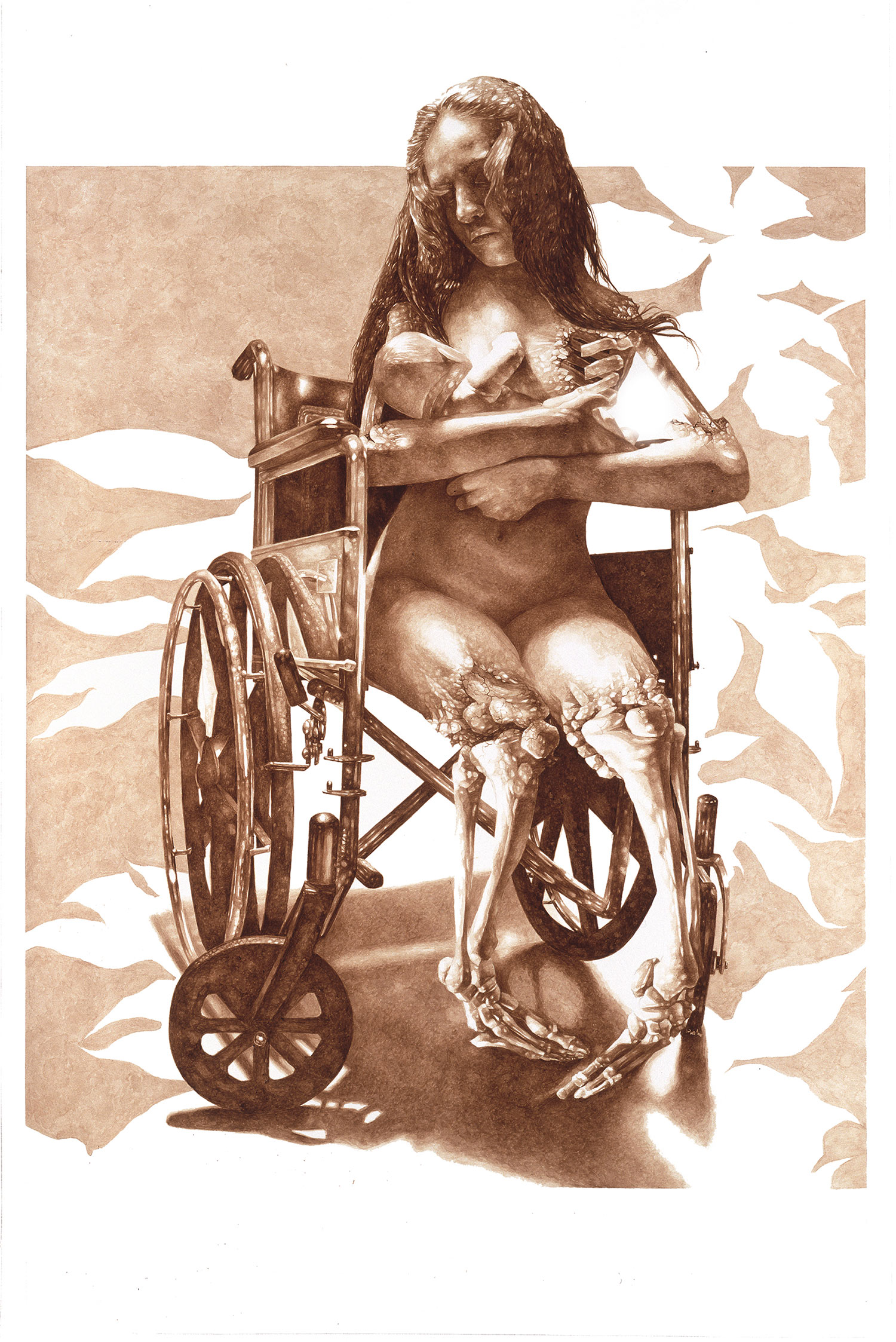 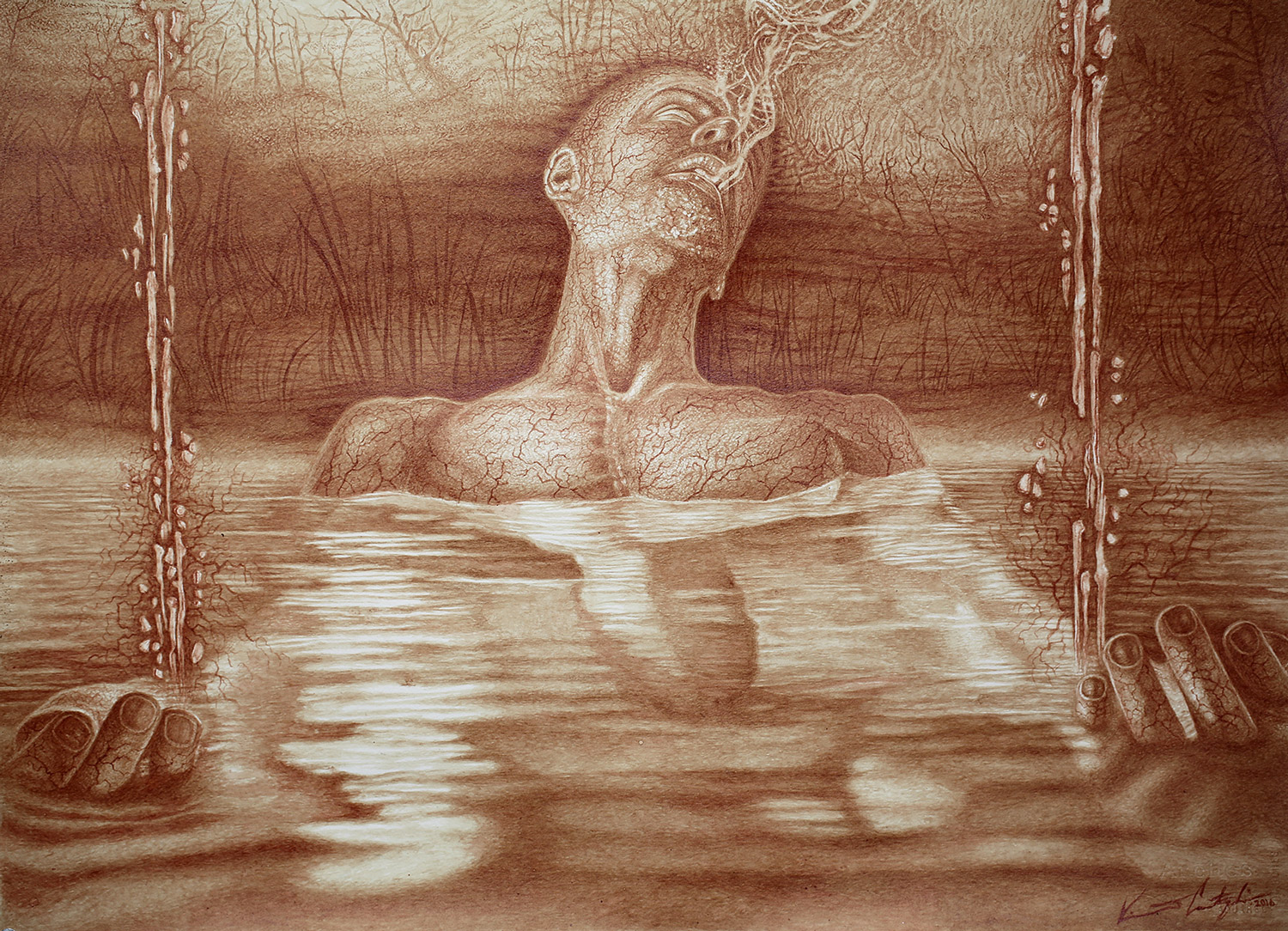 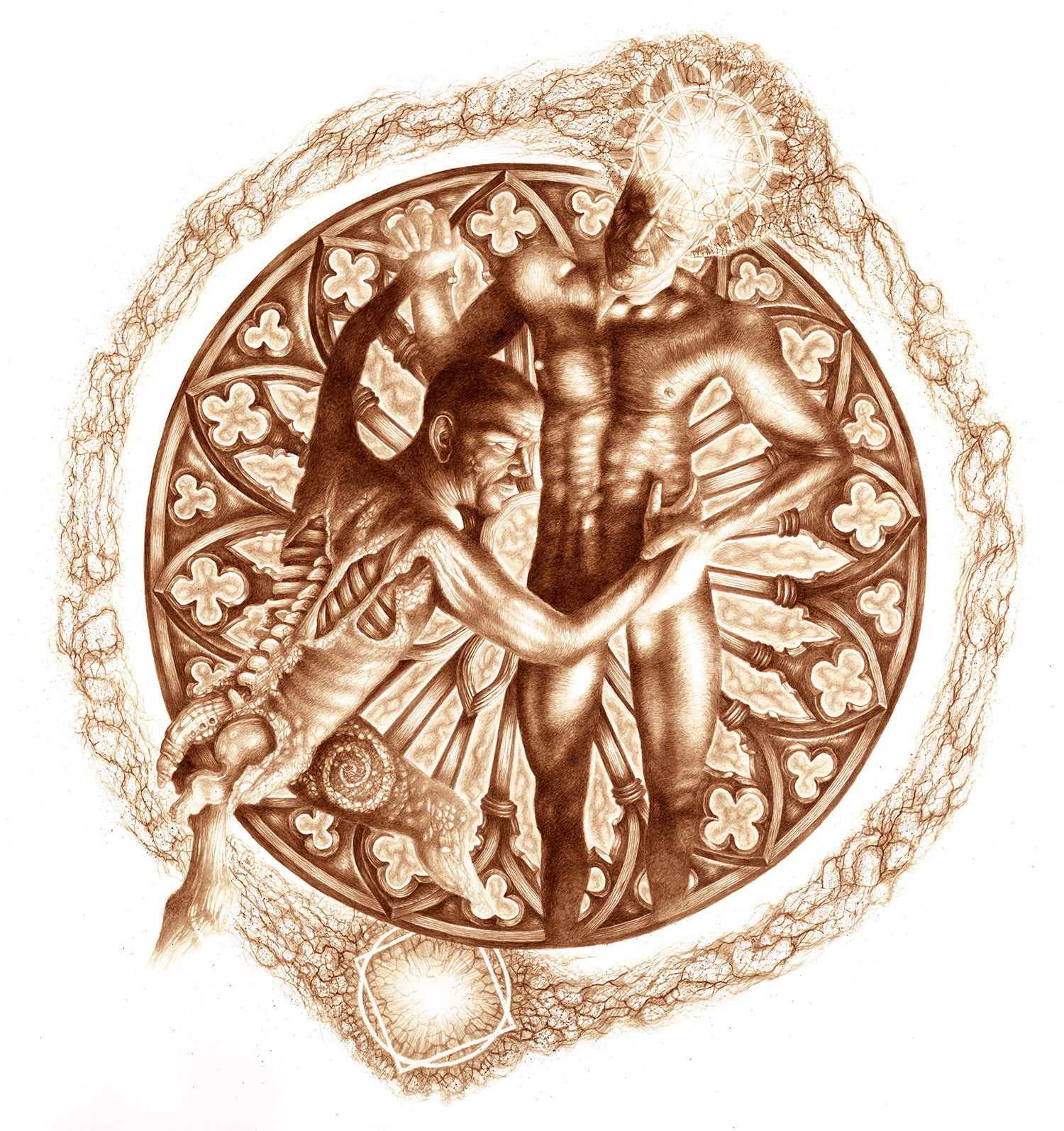 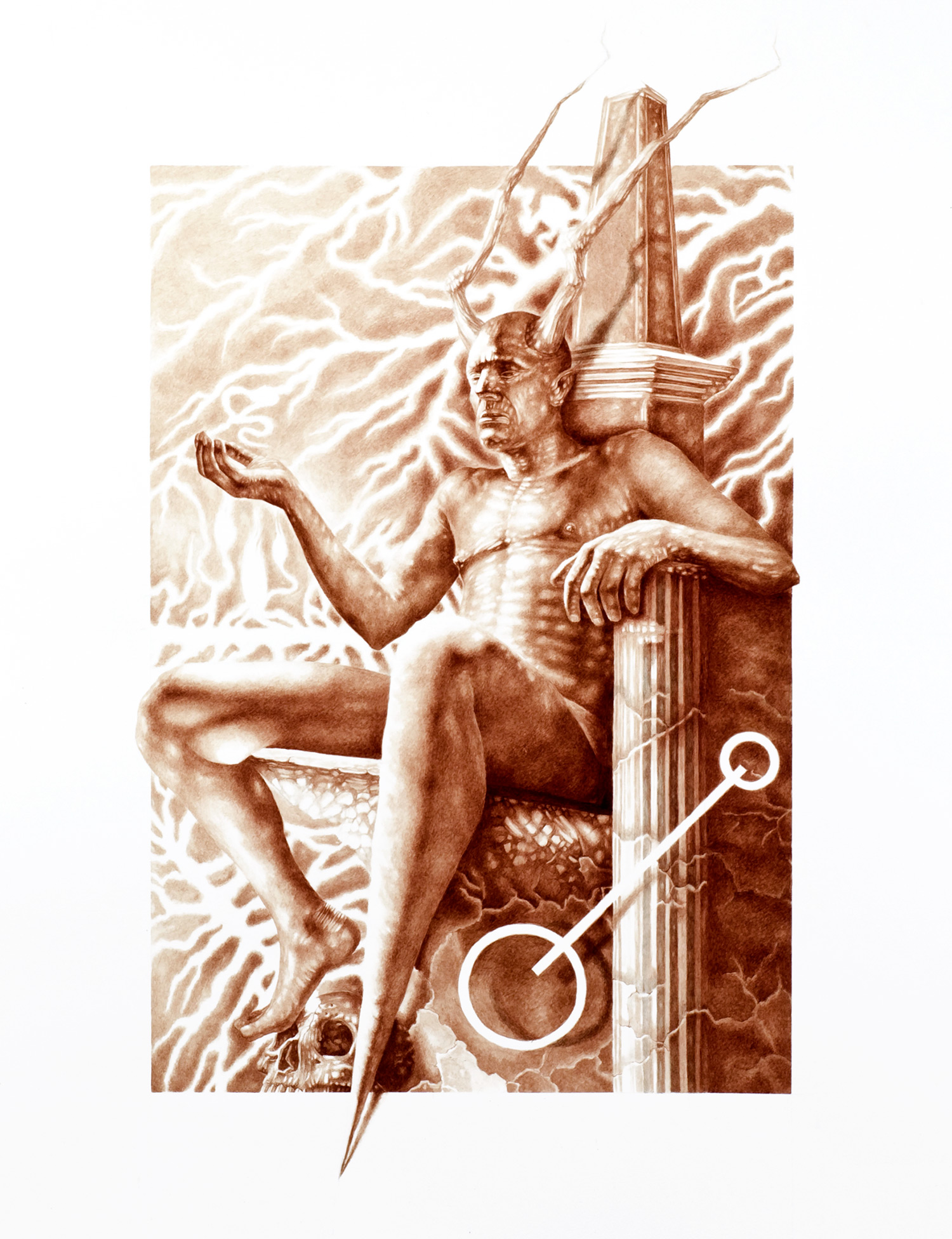 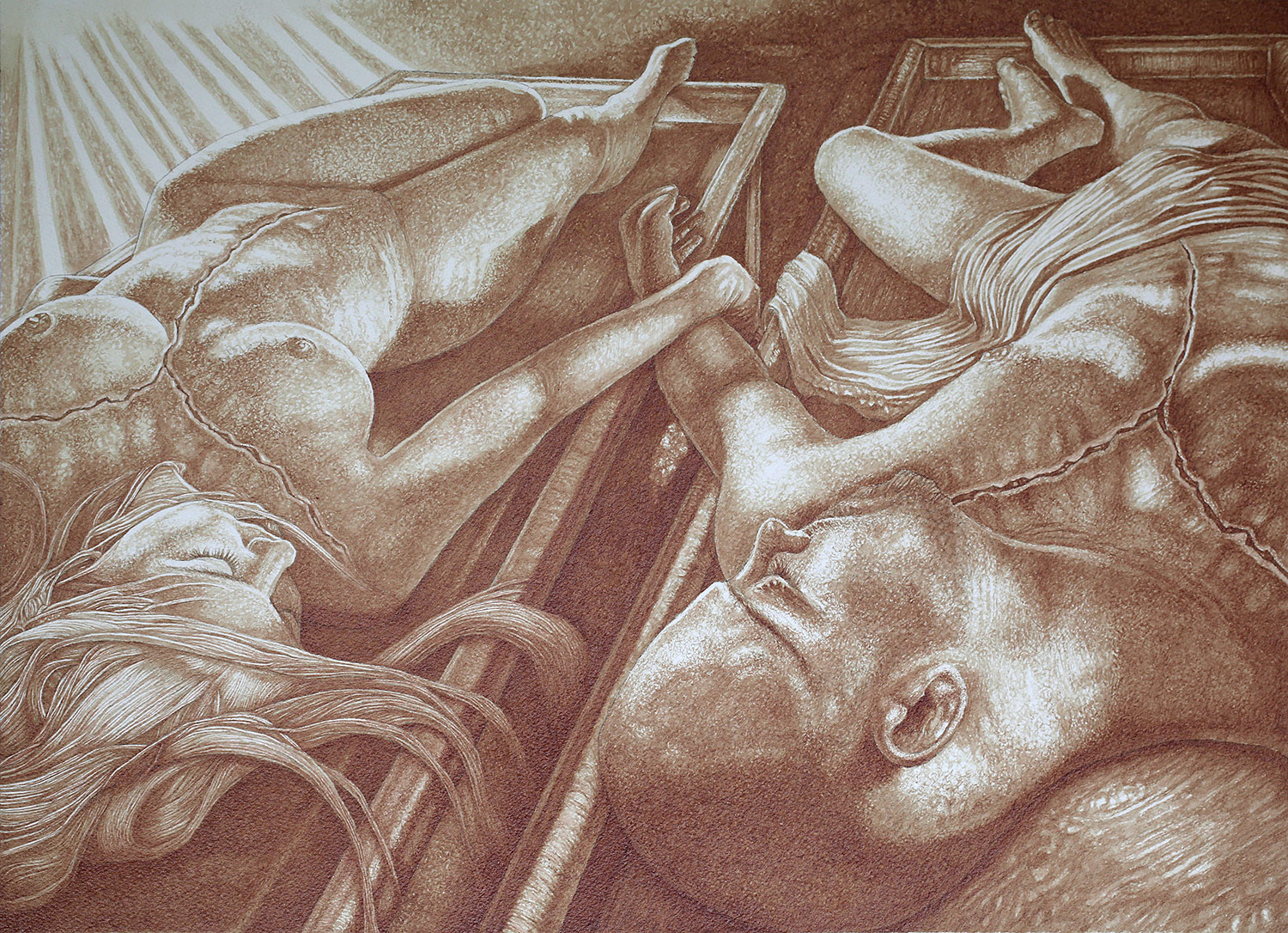 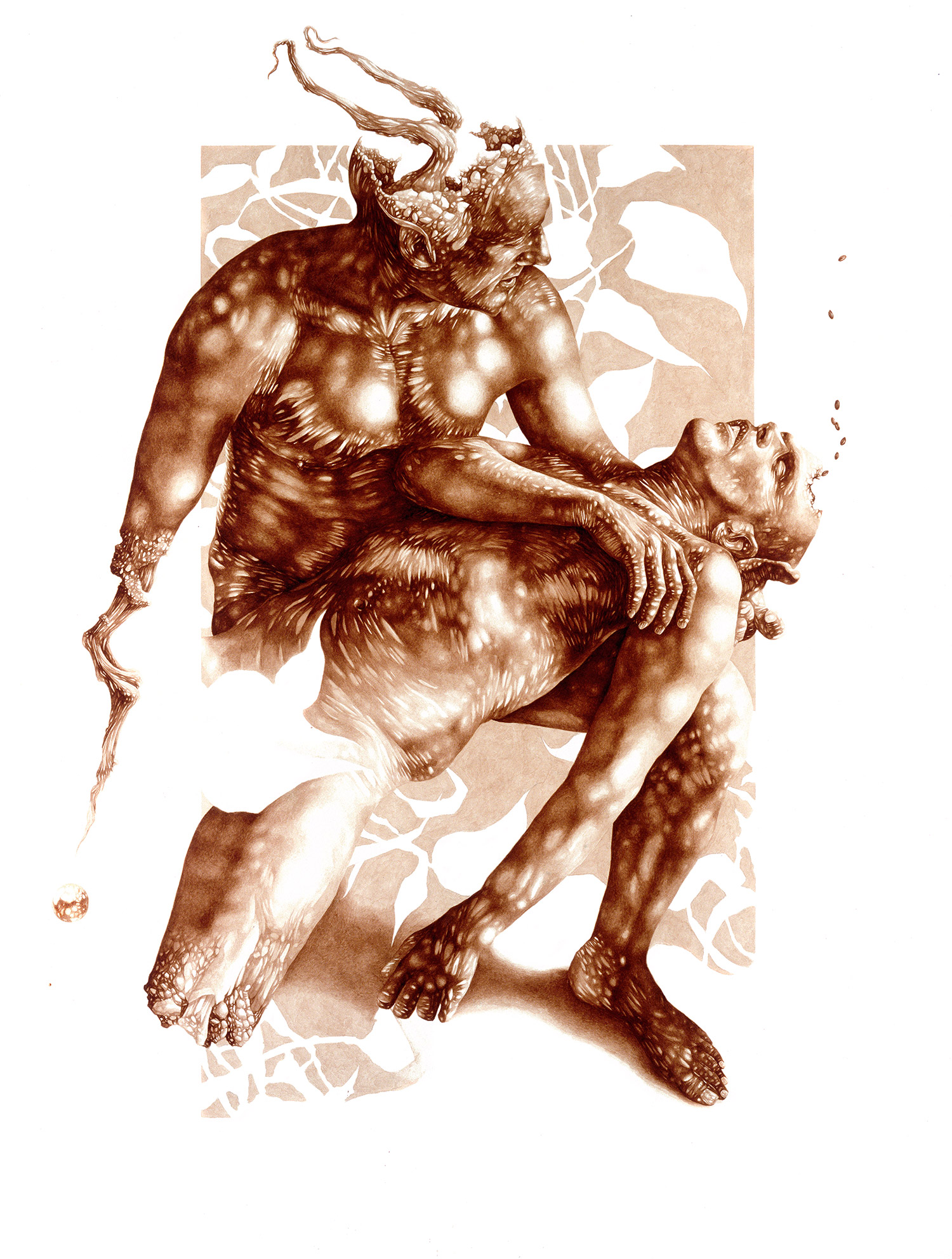 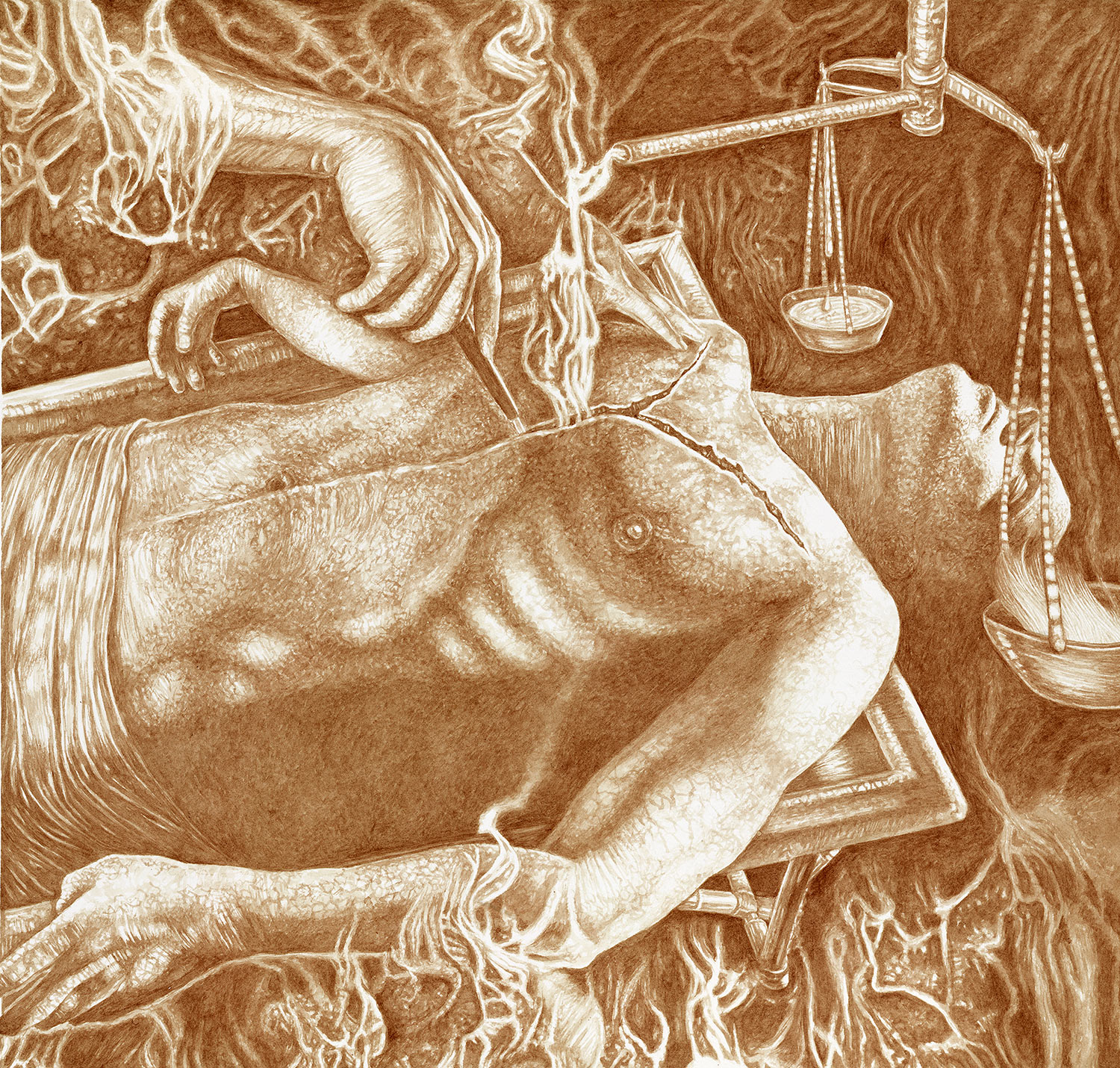 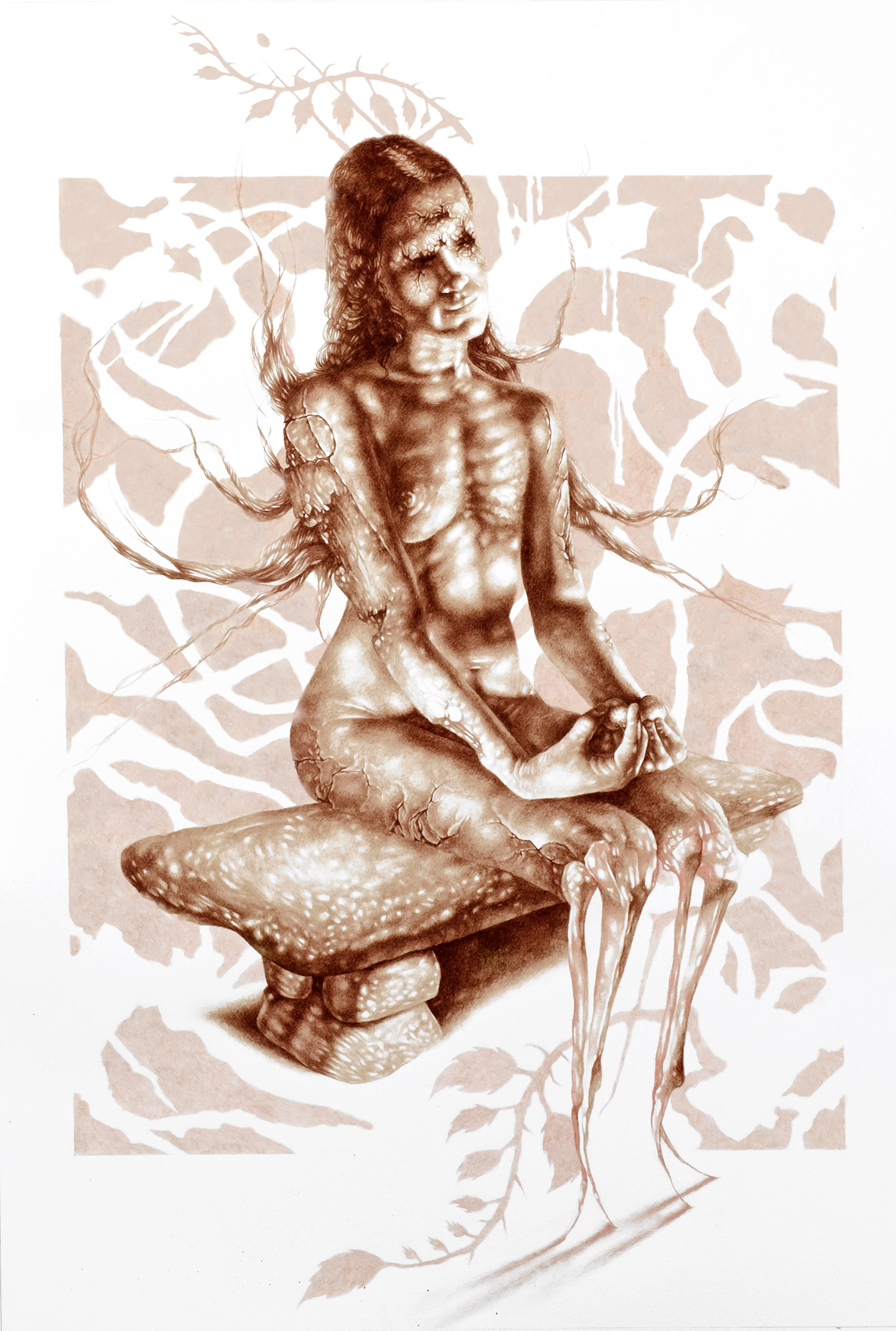