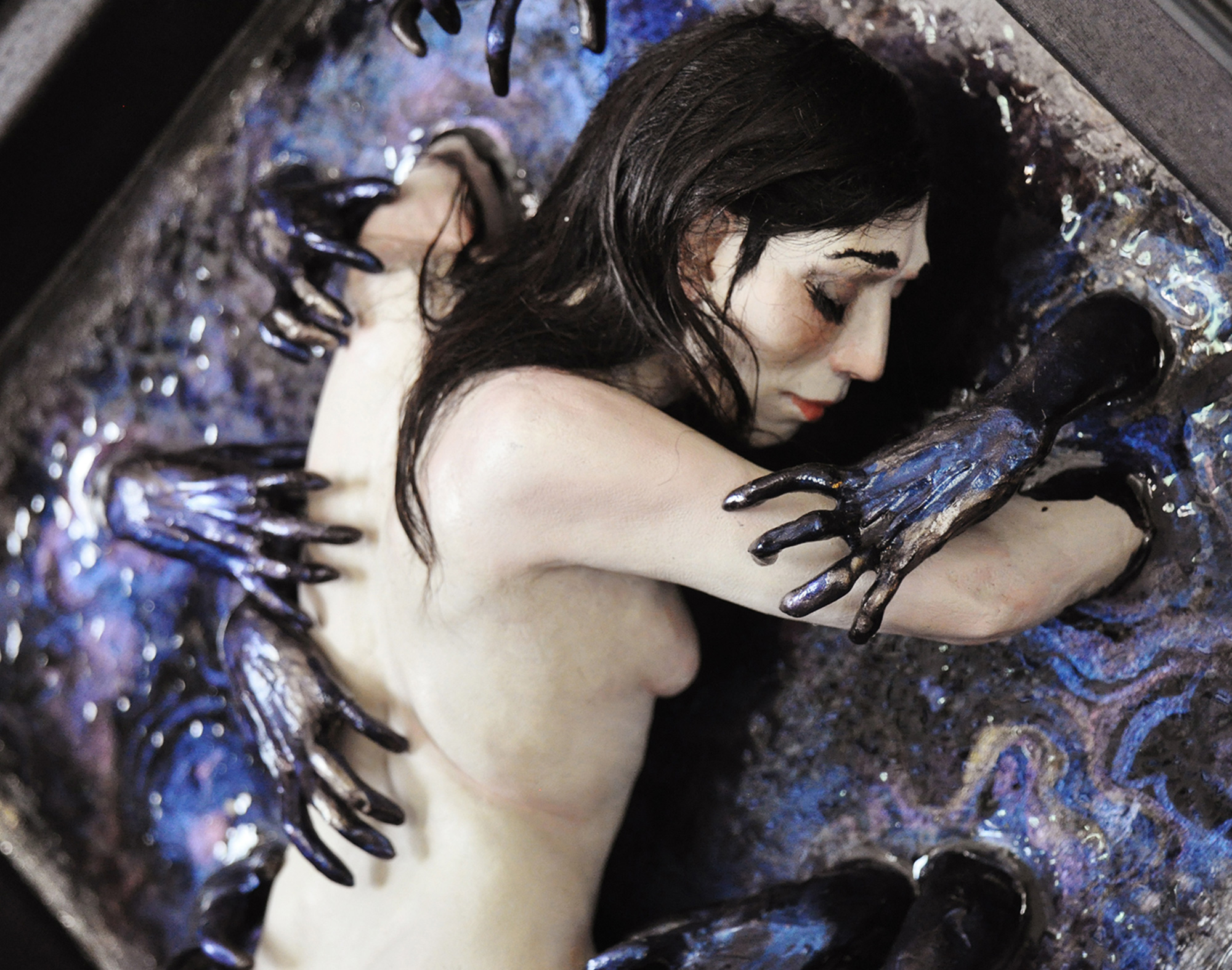 Jessica Dalva is a multidisciplinary artist, exercising her talent and imagination in the mediums of sculpture, illustration, set design, puppet-making, and more. Previously based in LA, she now resides in San Francisco, where she helps maintain the wax figures at Madame Tussauds.

In her beautiful wall-hanging sculptures, Dalva demonstrates her diverse abilities in art-making and story-telling. Featured here is a combination of works from her series “Hapax Legomena” and “Dream House,” the latter of which was exhibited in solo show at Arch Enemy Arts in Philedelphia earlier this year. Withered and passionate figuresâ€”often accompanied by their dark animal companionsâ€”embody torturous emotions, as well the desire for escapism. Dalva lovingly and meticulously paints each one, adorning them with detailed elements, including glued-on eyelashes and hair; this labor is therapeutic for the artist. As she says, “These steps, such as cutting out and gluing together hundreds of tiny paper leaves, became a calming and peaceful meditation, a welcome repetitive task in an overwhelmingly sad and frustrating world.” 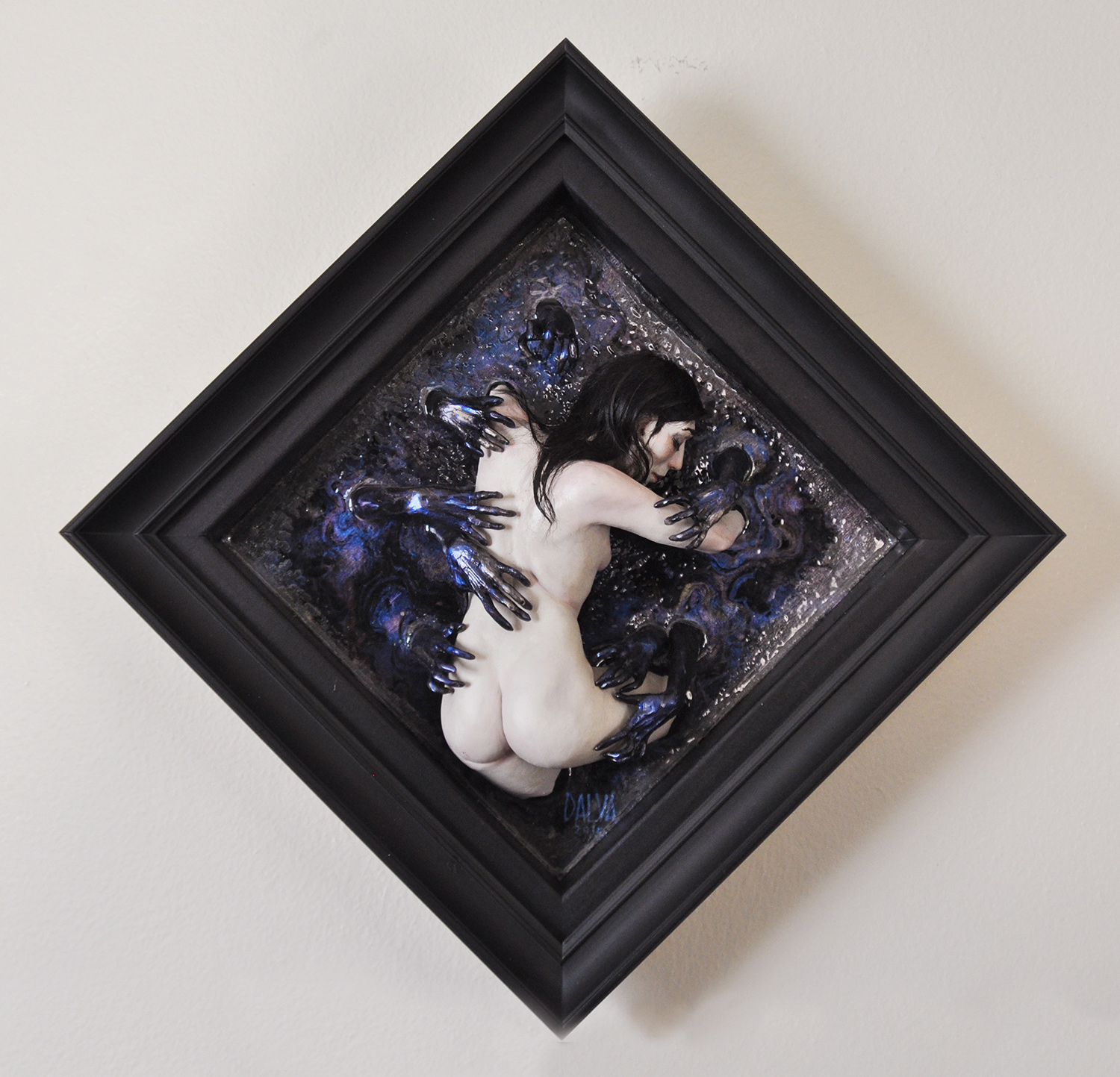 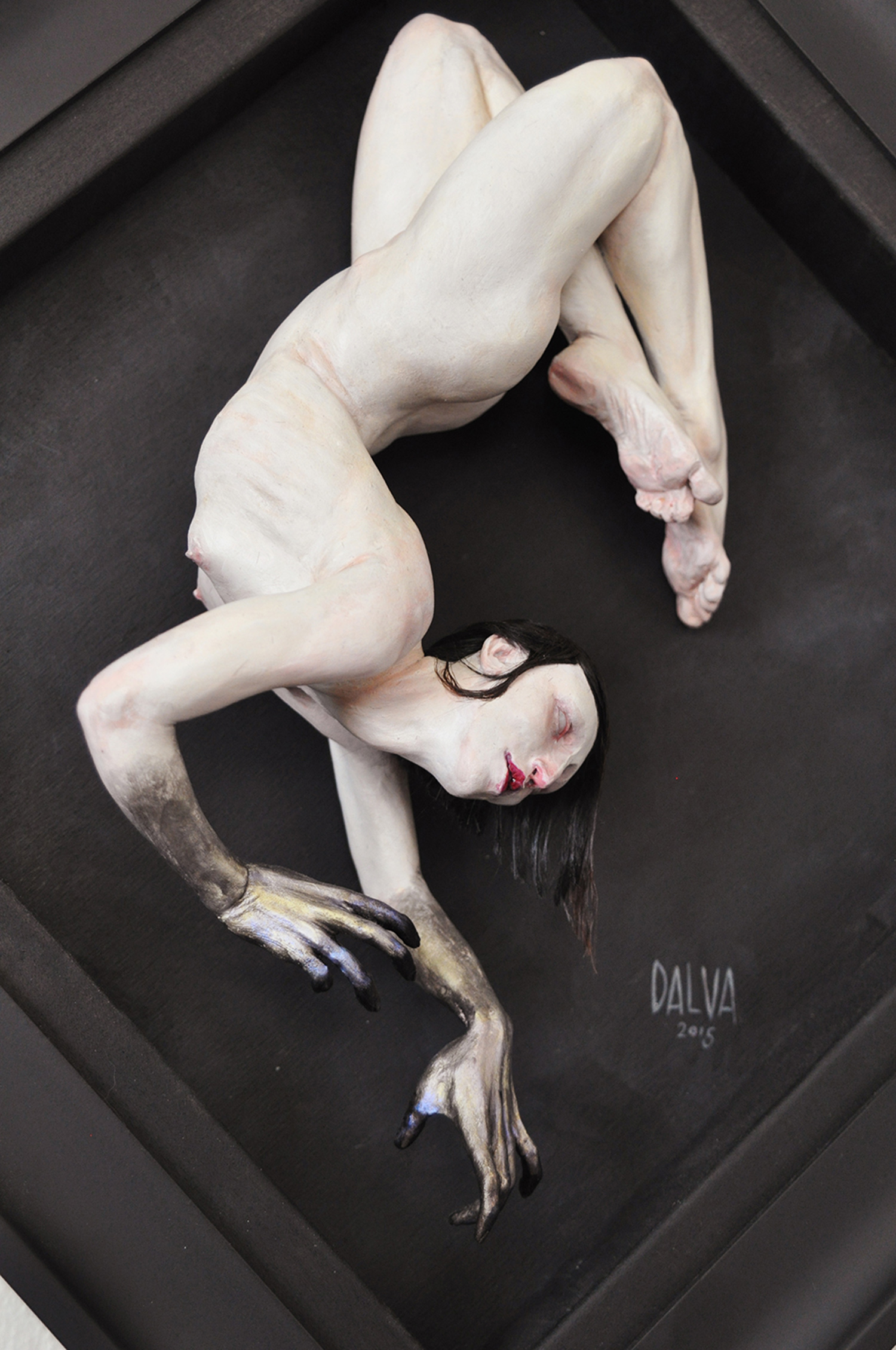 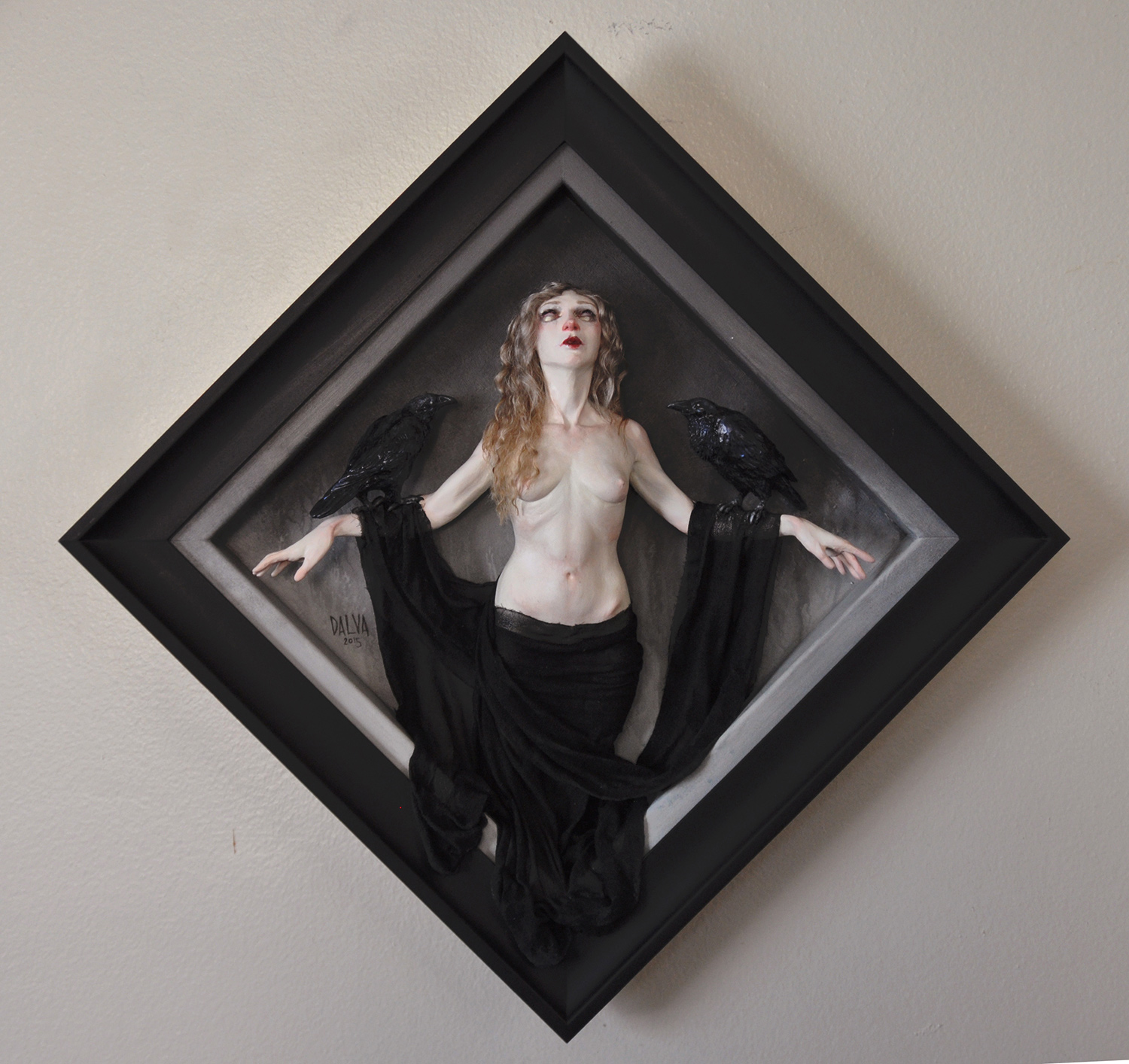 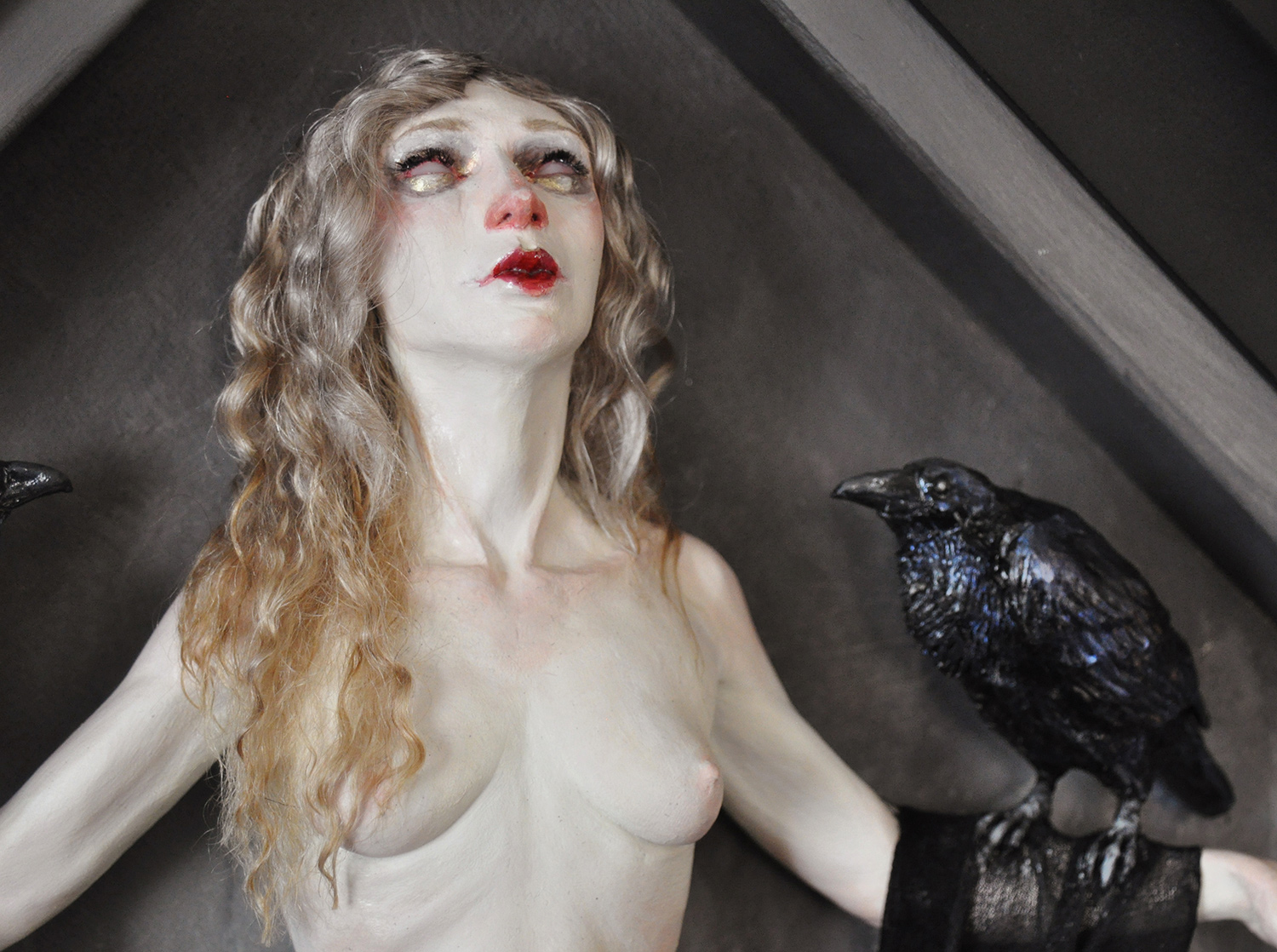 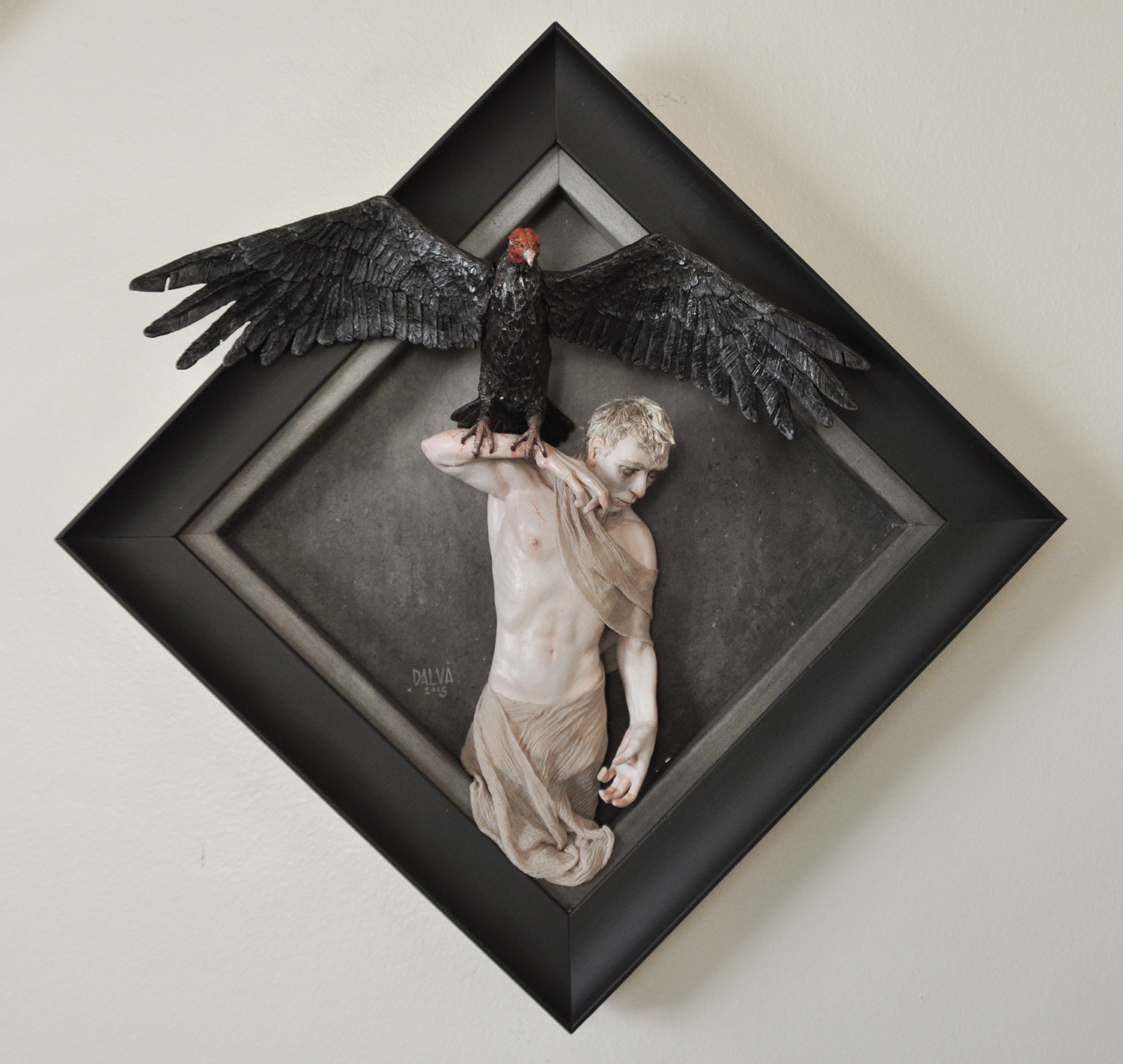 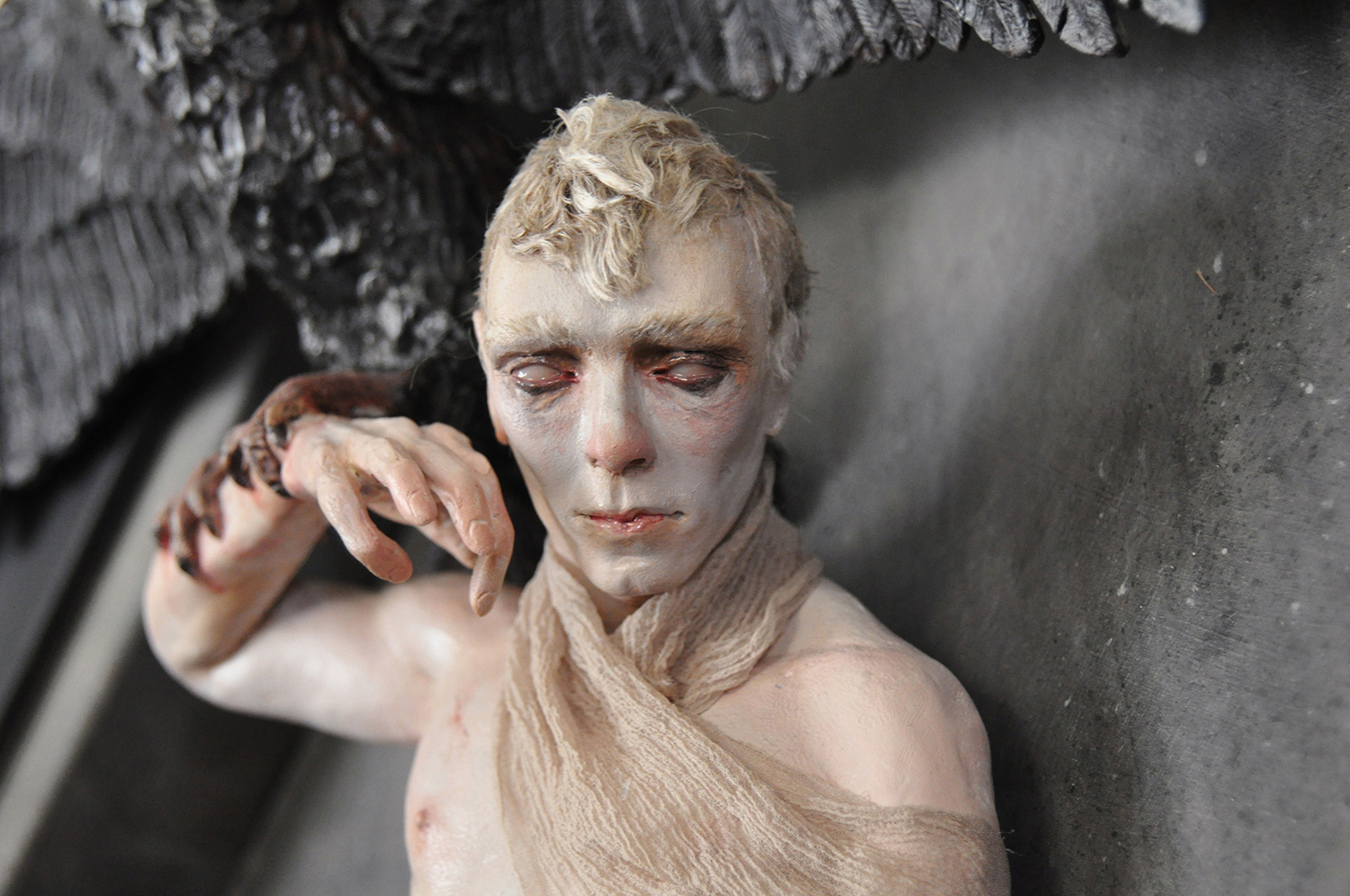 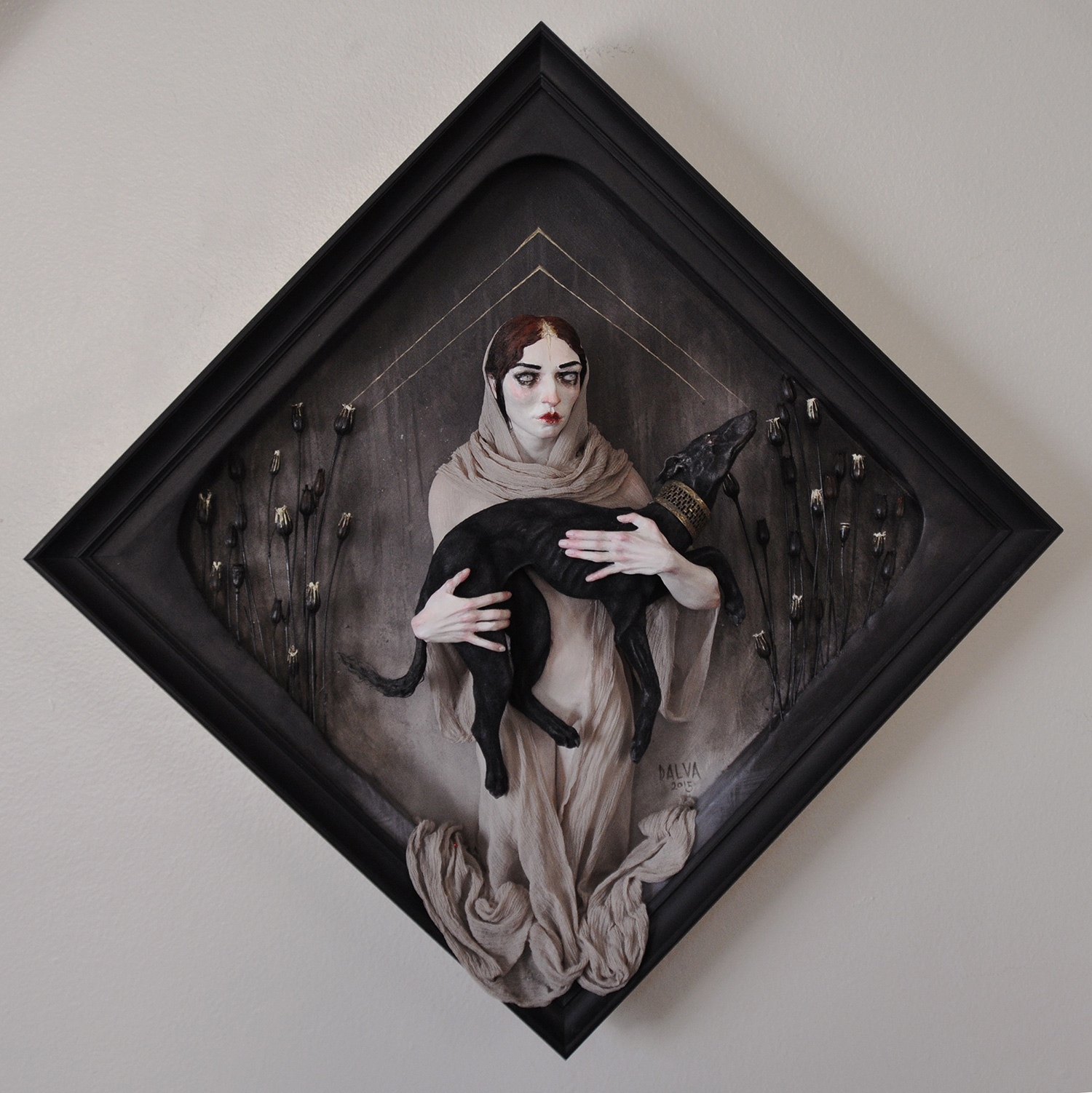 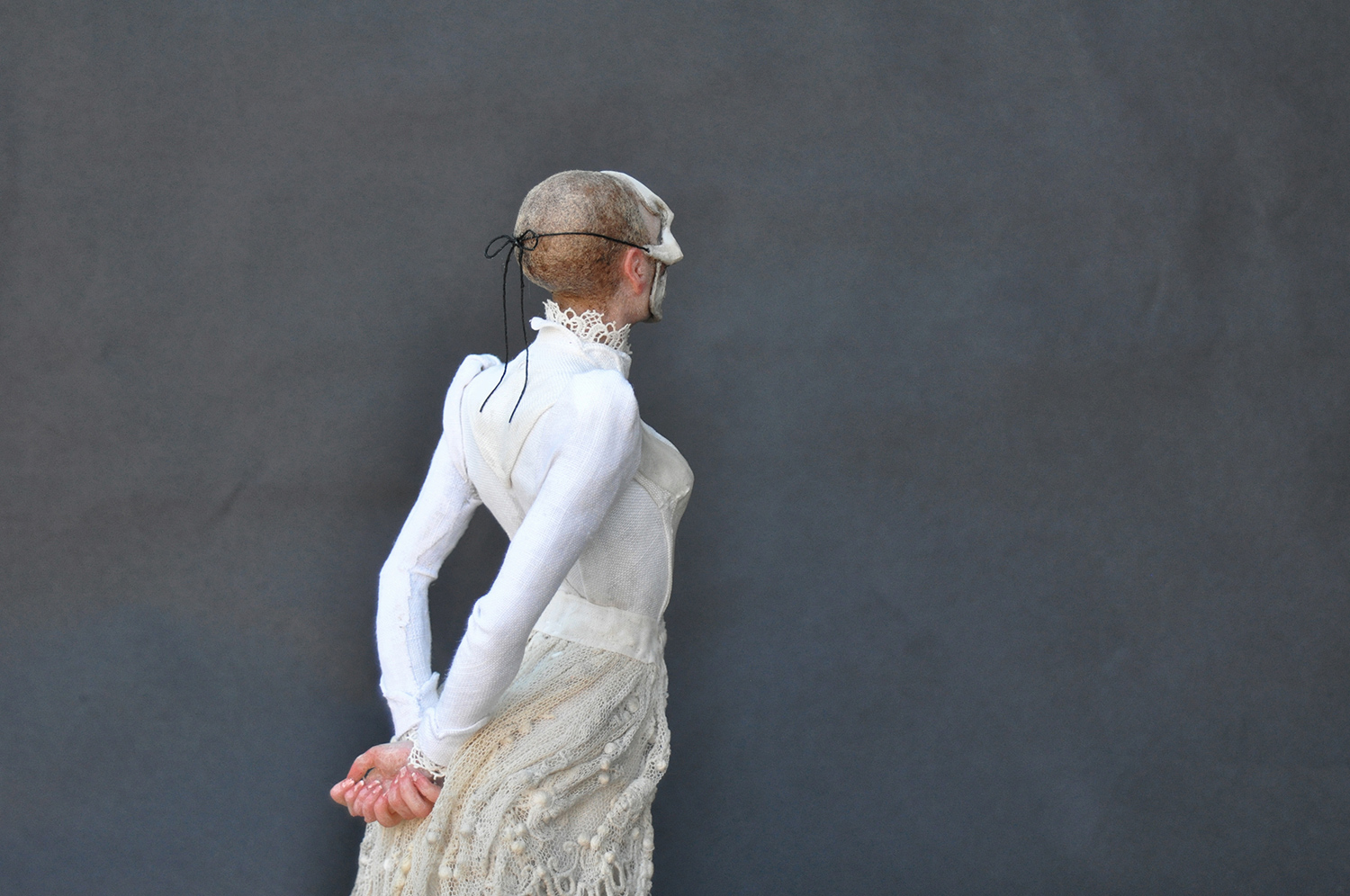 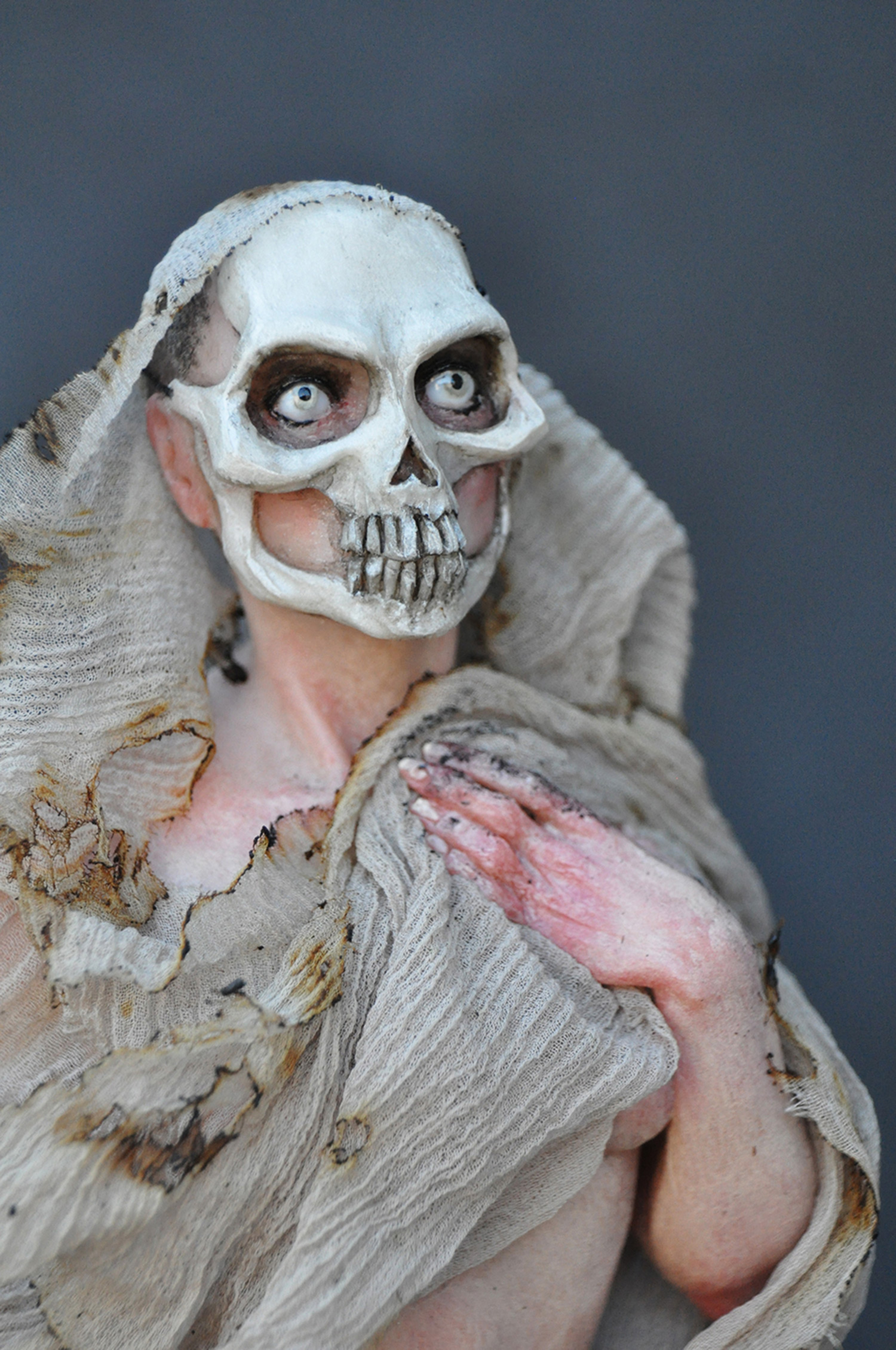 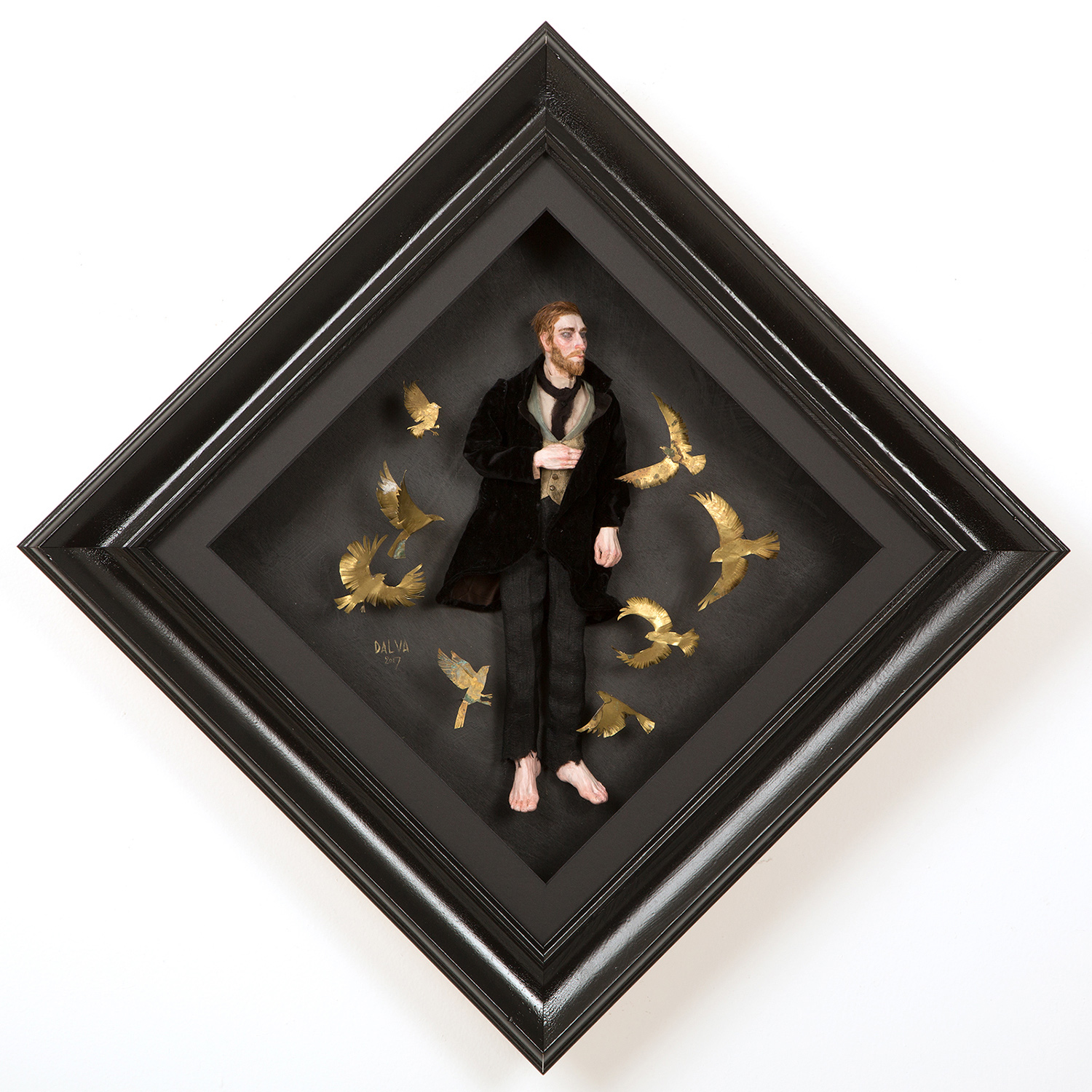 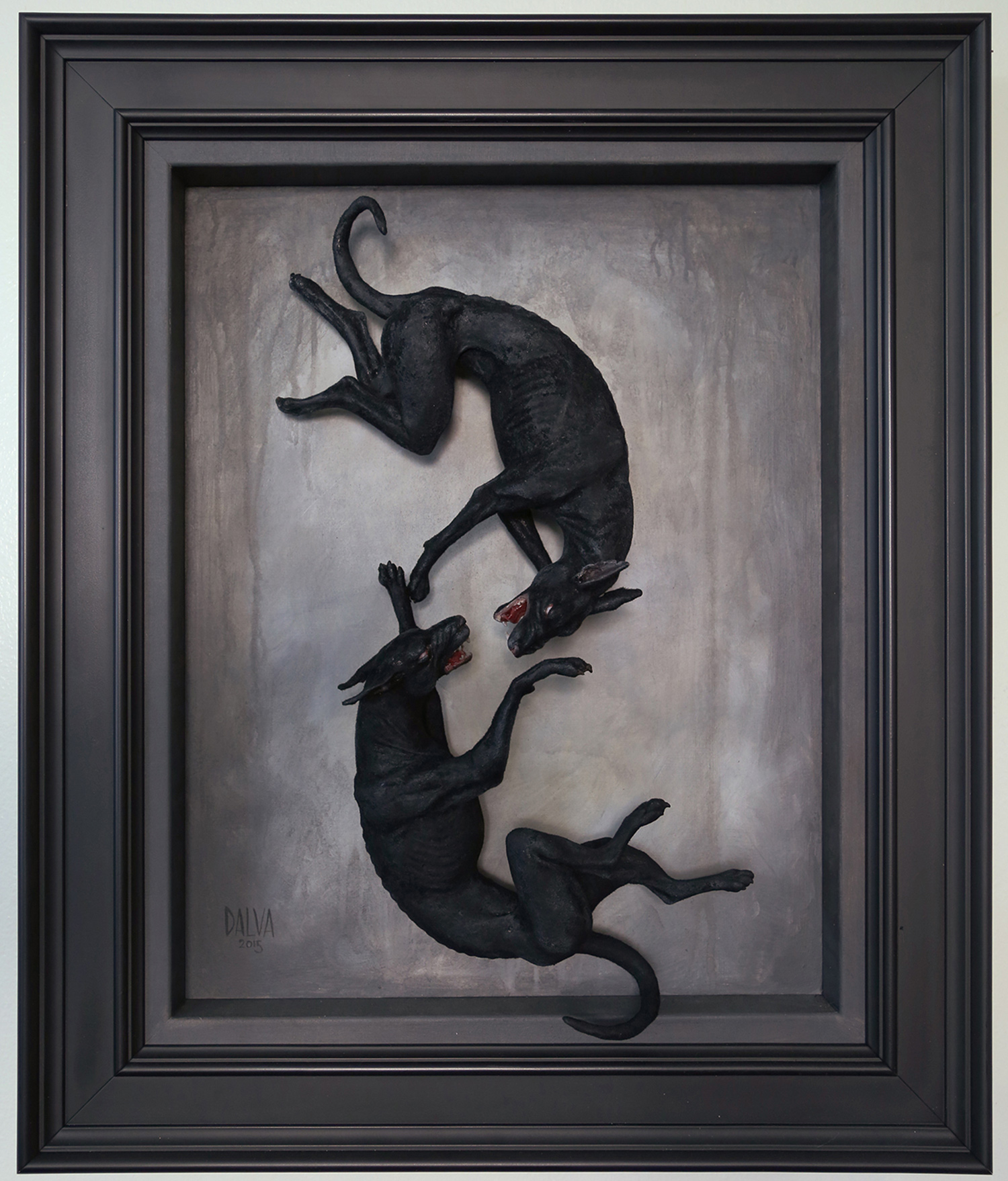 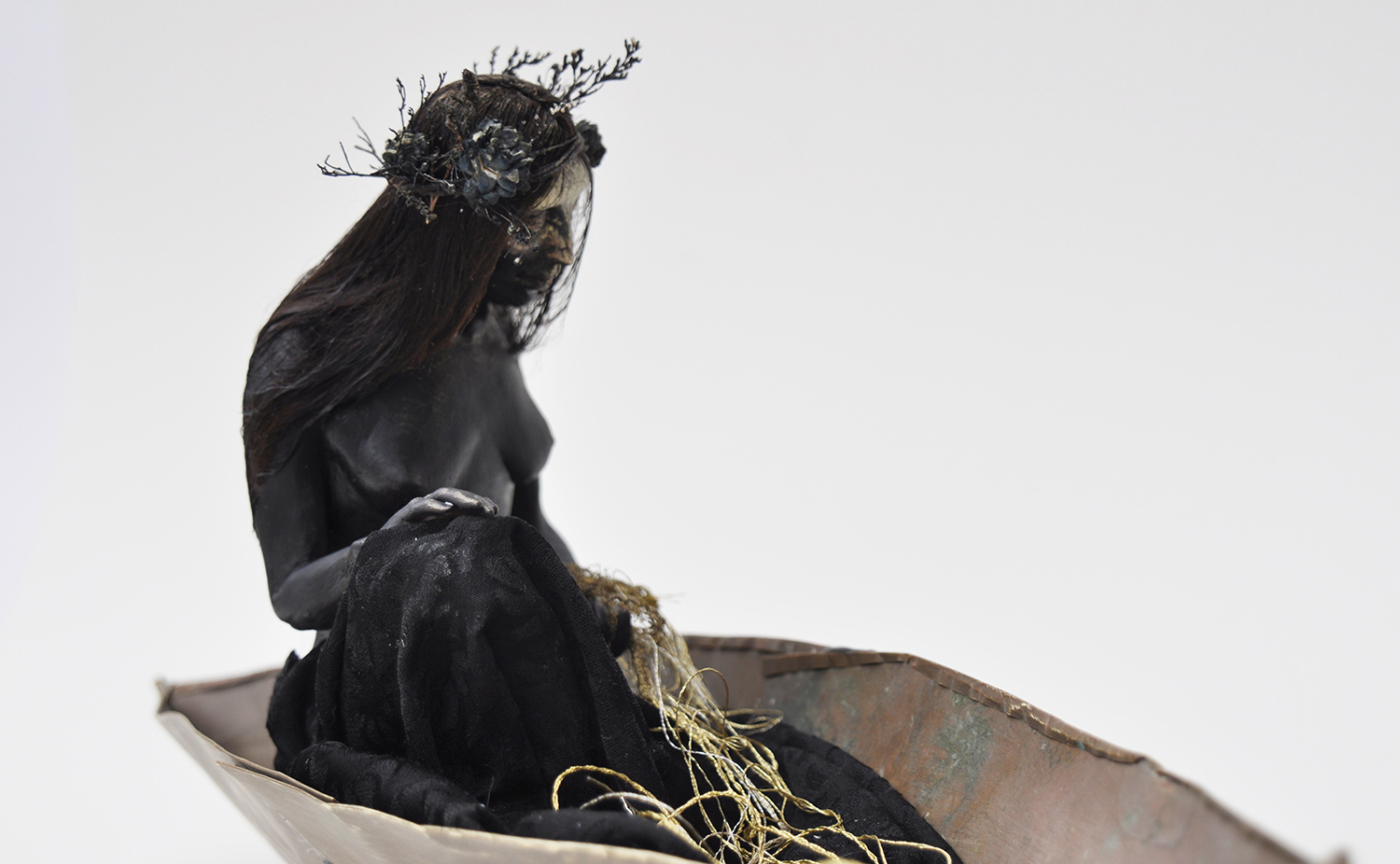 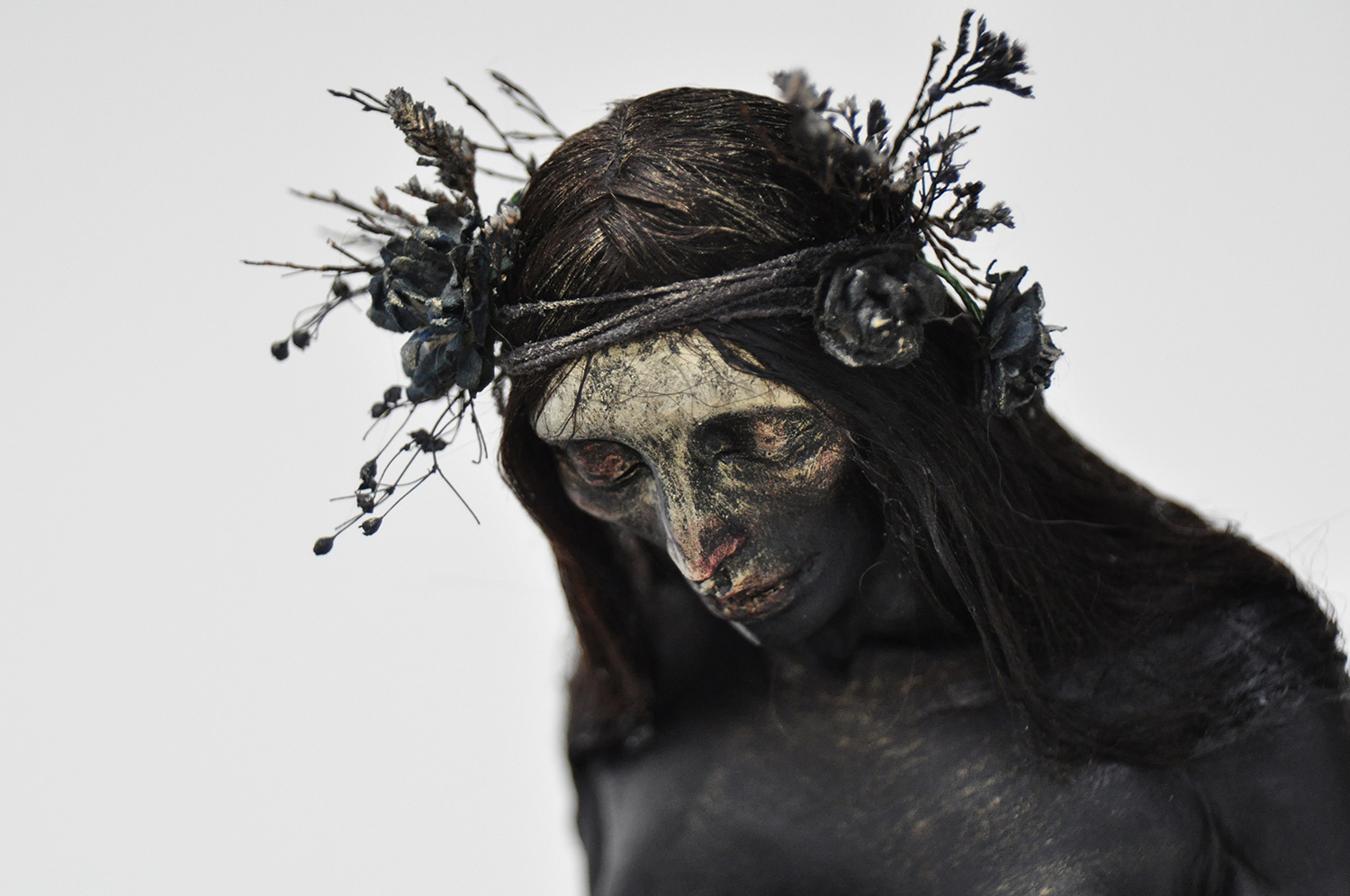