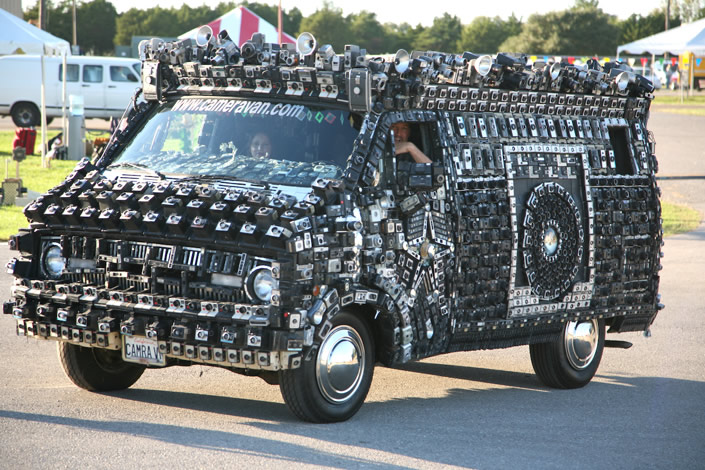 The “Camera Van” was created by Harrod Blank. The cameras on the van actually take pictures.

One night In the fall of 1993, Harrod Blank had a dream in which he covered his car with cameras and then drove around and took pictures of people on the streets. The public, unaware that the cameras worked, reacted naturally. At the end of the dream, Harrod looked at pictures taken with the van of faces frozen in the moment of awe, pictures so powerful that the next morning he decided to attempt to build such a vehicle in reality.

With the help of Dan Lohaus and some other friends, Harrod spent the next two years designing and building the van. With a lot of trial & error, the van was completed in 1995 and made it’s debut voyage in April leaving his home in Berkeley California, stoping in Houston and New Orleans and ending up in New York City where he would live and take pictures with the van for the following six months. 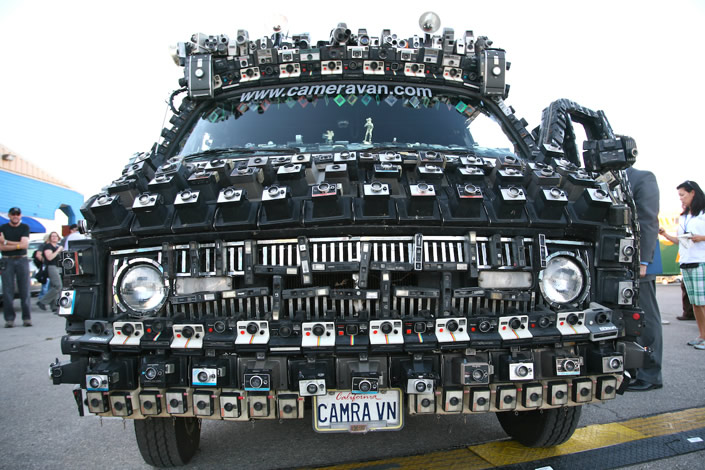 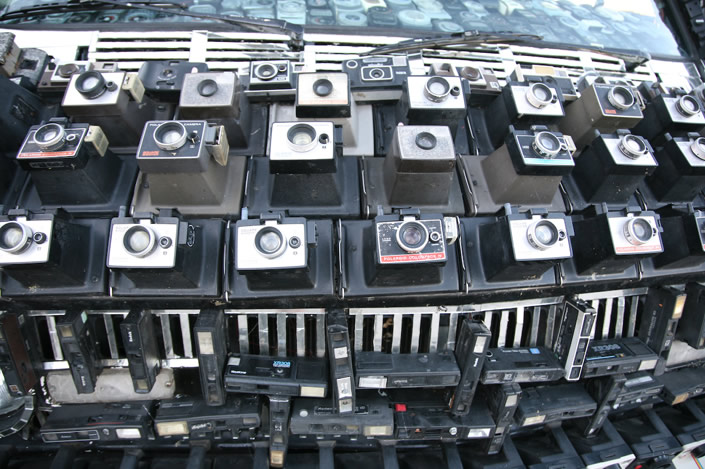 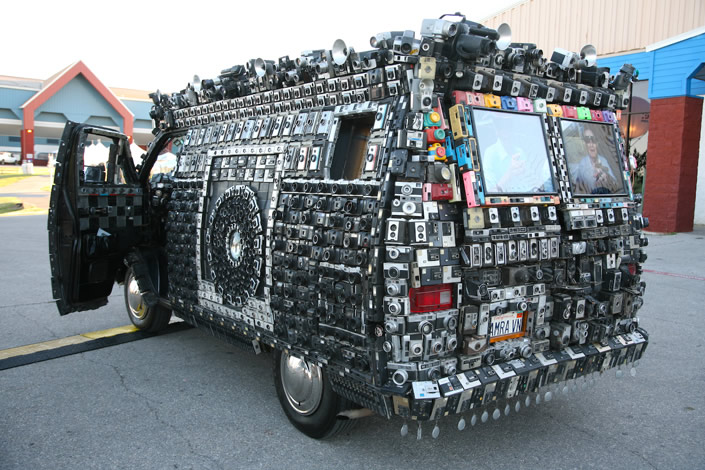 Below: Snapshots of people on the street taken from the “Camera Van.” 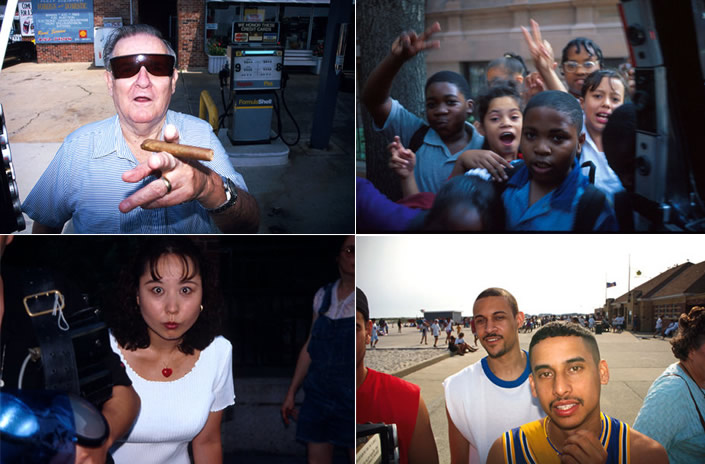