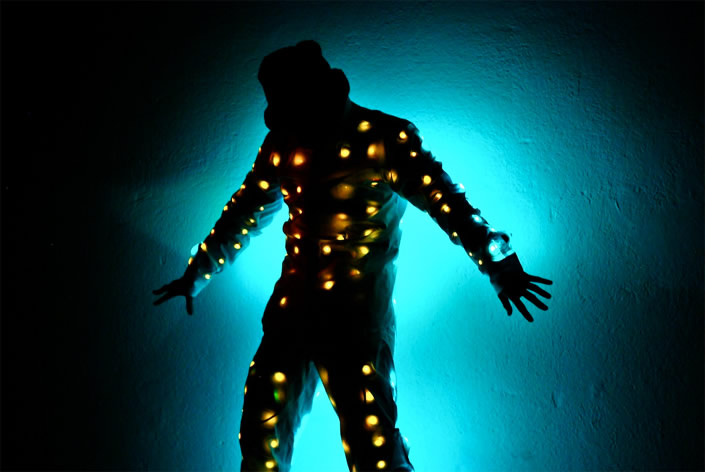 Engineer and b-boy Minoru Fujimoto has developed “Lighting Choreographer,” a technology that enhances the natural expression of the human body through use of light.

Lighting Choreographer is a system to expand the expressive capability of human body by lighting. It makes light effects on the user’s body synchronized with motion and sound, focusing on the viewing point that the produced effects recursively influence the choreographer.

Although there are many approaches to computer enhanced performances where audio and/or visuals are operated based on motion information of a performer, they are too simple to control the details at his/her will in the sense of expansion of body expression. Furthermore, they do not provide a way of body expressions to exceed the limit of the physical motions, such as moving their arms at a very high speed. Thus, Minoru Fujimoto came up with the idea to expand the body expressions by interactively changing the color and the size of body parts and combining kinematics and visual effects of lights by controlling LEDs with considering characteristics of the human body.

A performer represents various kinds of the feel of material, e.g. heaviness, lightness, sharpness, pop, violence, and soft, by dancing. By adding light illumination, performers obtains three factors for body representation; motion, sounds and lights. The projects aim is to redefine the relations between the body, sounds and lights, and to enhance human expressions. 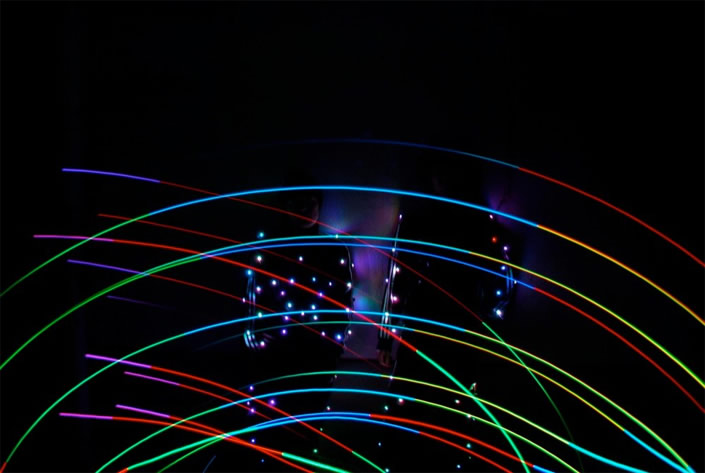 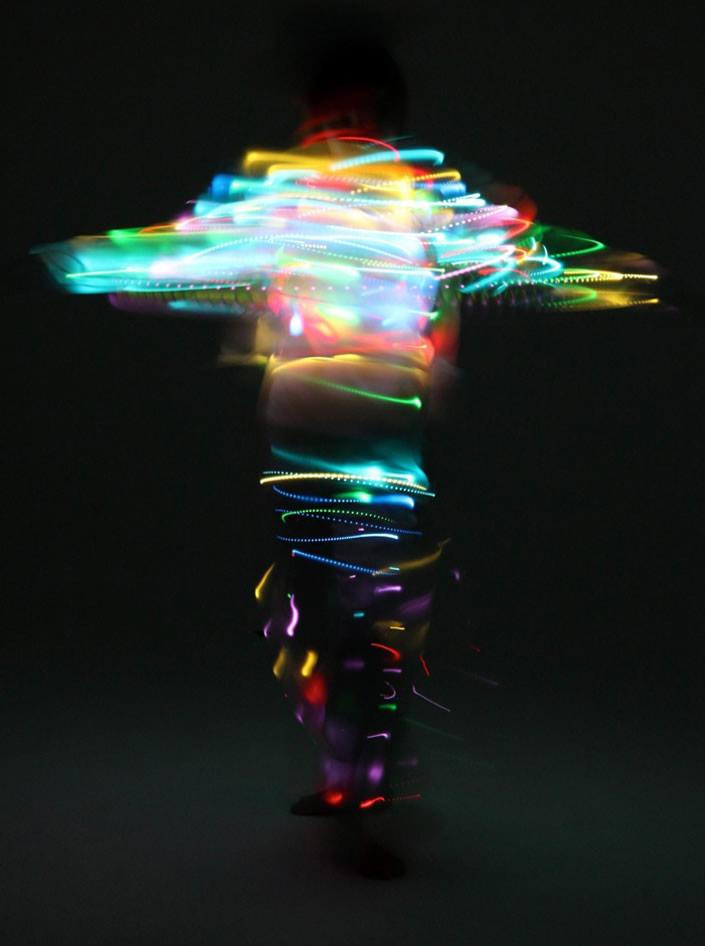