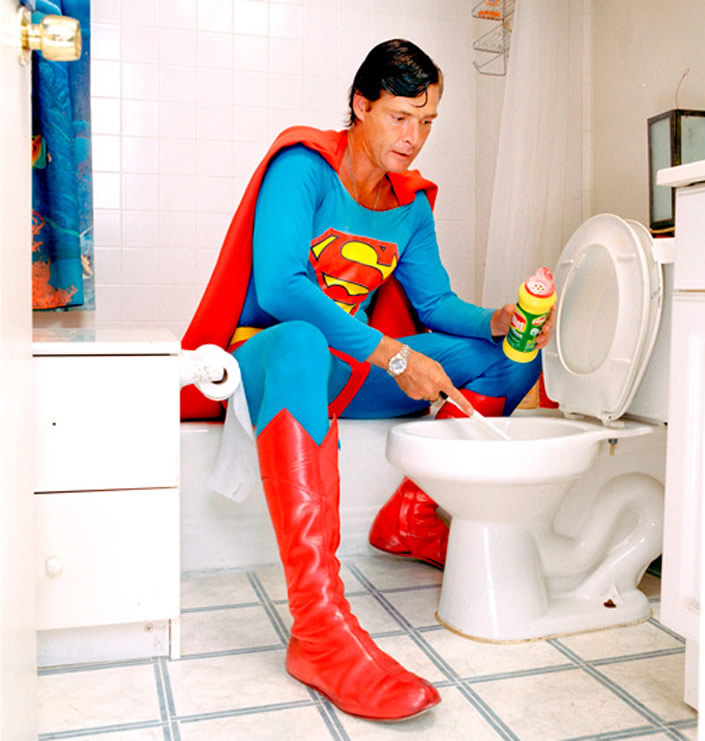 “Super Heroes at Home” is a photographic series by Gregg Segal.

Tourists expect to find the Hollywood they’ve seen in movies as they make their way to Grauman’s Chinese Theater but instead are greeted by costumed entertainers, some dressed as icons like Marilyn Monroe and Michael Jackson, others as super heroes such as Batman and Superman. The people wearing these costumes are much like the tourists in that they have a shared reverece for the fantasy of Hollwood. Many have come with hopes of making it in the industryâ€”but their freelance work on Hollywood Boulevard may be as close as they come to realizing their dreams. Masquerading as icons and posing for pictures with tourists from all over the world affords them an illusory sense of stardom. More than anyone else, they define contemporary Hollwood, conveying the community’s aspirations and its fringe-level reality.

I followed the super heroes home to highlight the contrast of the fantastic and mundane. Though in costume, the super heroes are unmasked by the ordinariness of their apartments and their routine chores. While I photographed Batman, a family pulled over to take his picture. He strode up to them with super hero confidence and the children approached him with awe. He was Batman because he was Batman to them. Then later, in his apartment, when he’d taken off his mask and cape abd was reheating leftovers in the microwave, he was merely ordinary. I could see what is was that drew him back to Hollywood Boulevard. 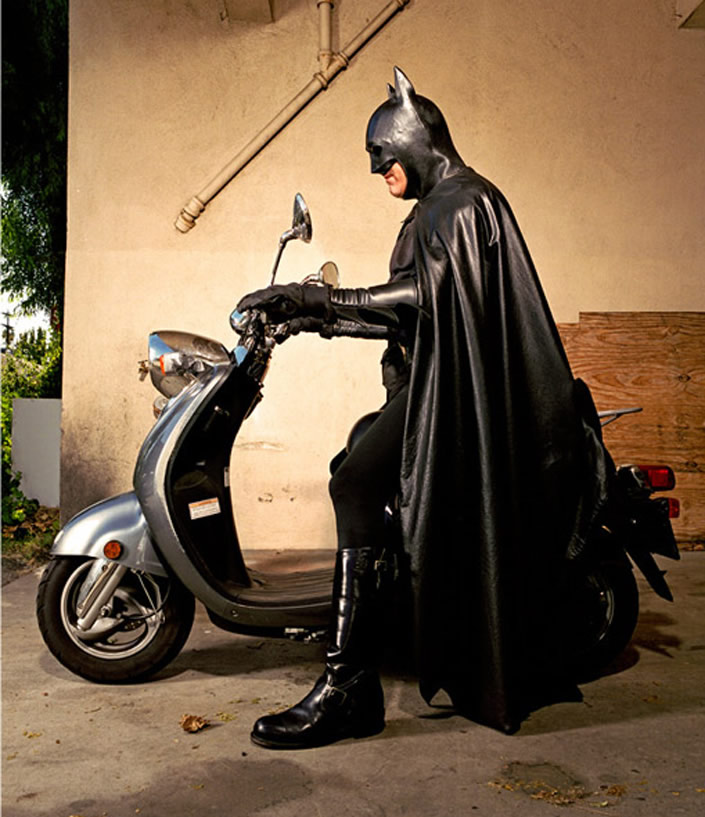 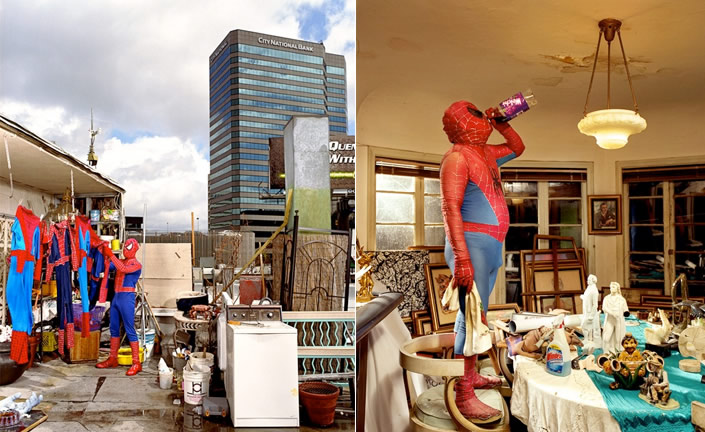 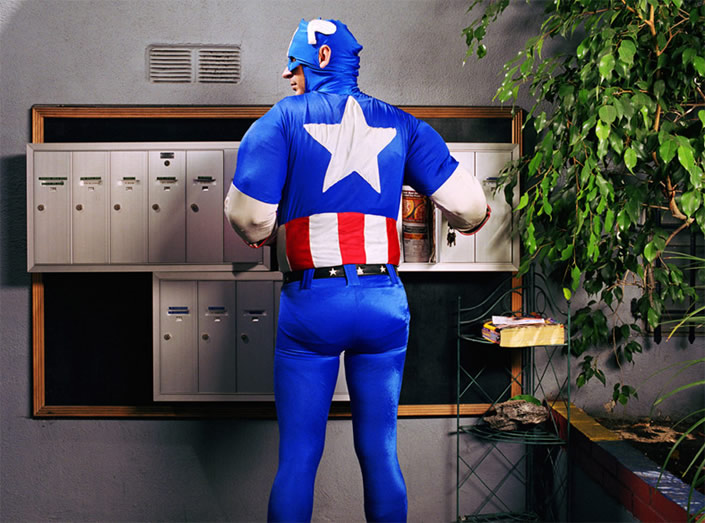 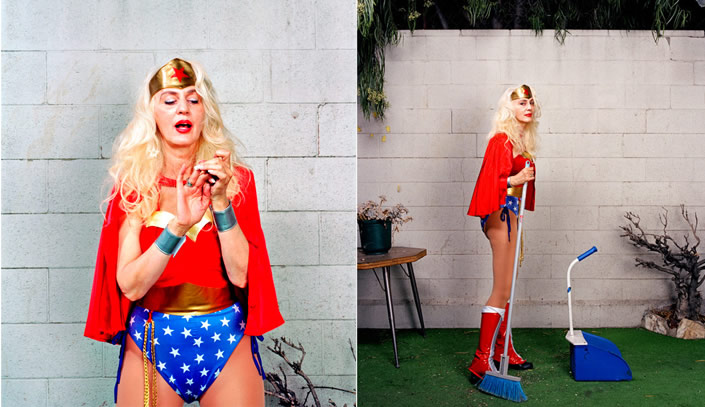