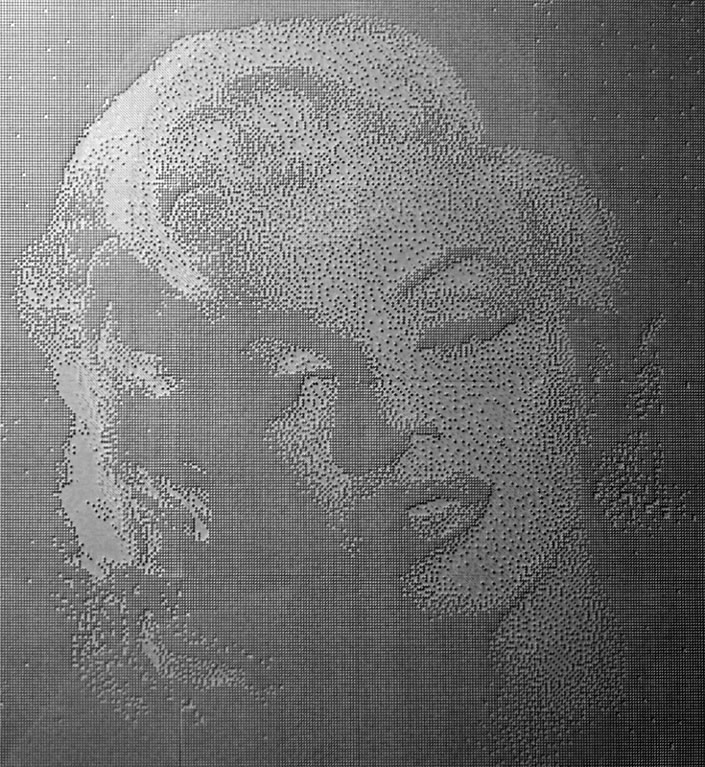 Architect and software engineer Drzach & Suchy have invented “Shadow Casting Panels” that are white panels with multiple images in each single object. It is almost like a hide-and-seek effect, e.g. to view Marilyn Monroe’s picture the light has to be positioned to morning view, and to see Marilyn Manson’s portrait the light changes to evening direction. It is similar to the rotation of the Earth’s axis in relation to the sunâ€”producing day and night cycle.

The technique of encoding multiple images in a panel, so that single images become visible under varying illumination (so-called Shadow Casting Panels), was invented by Drzach in 2004 (patent pending), and then developed further by Drzach & Suchy. […]

Shadow Casting Panels (SCP) is a novel way for storing and presenting multiple images using one physical object. The images to be stored in a panel are first rasterized and converted to a black-and-white format, and then jointly encoded into the panel. More precisely, the images are considered in a pixel-by-pixel manner, and for each pixel of the an appropriate building block is placed at the corresponding place in the panel. The type of the block depends on the colors of the particular pixel in the images to be encoded. The actual blocks can have various geometries, yielding a variety of possible designs and perceptions. 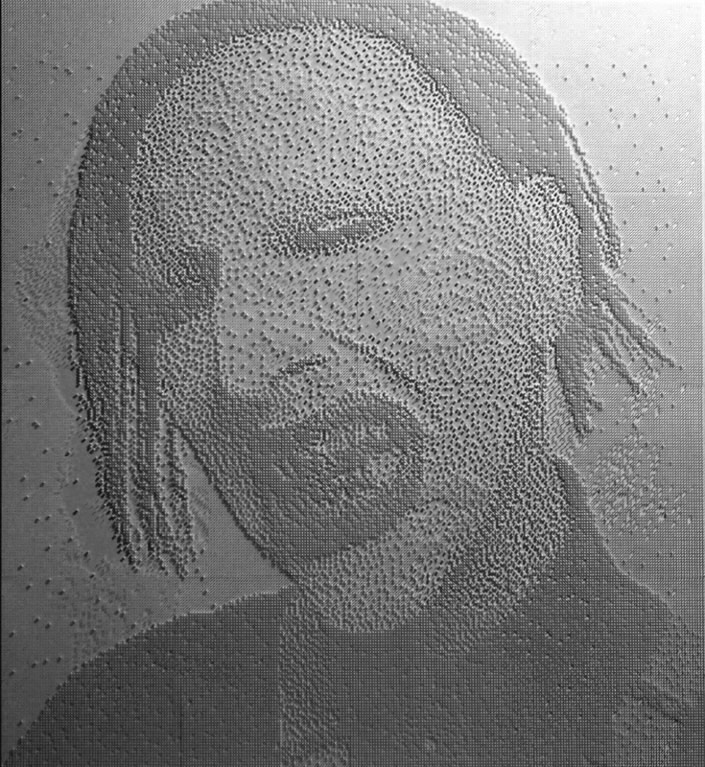 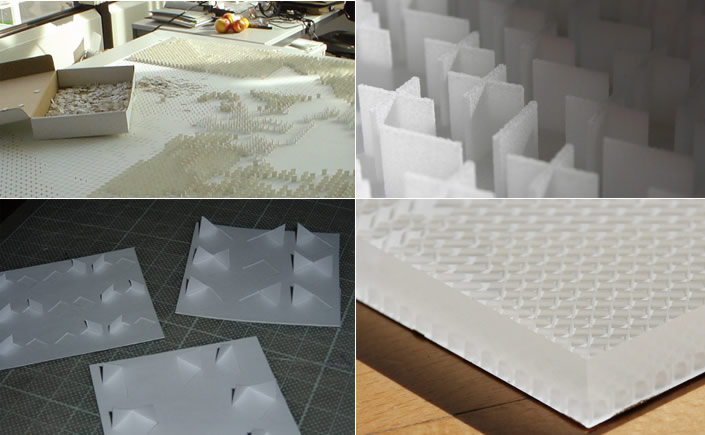 “Shadow Casting Panels” can be produced from various materials, and assembled manually or 3D printing. 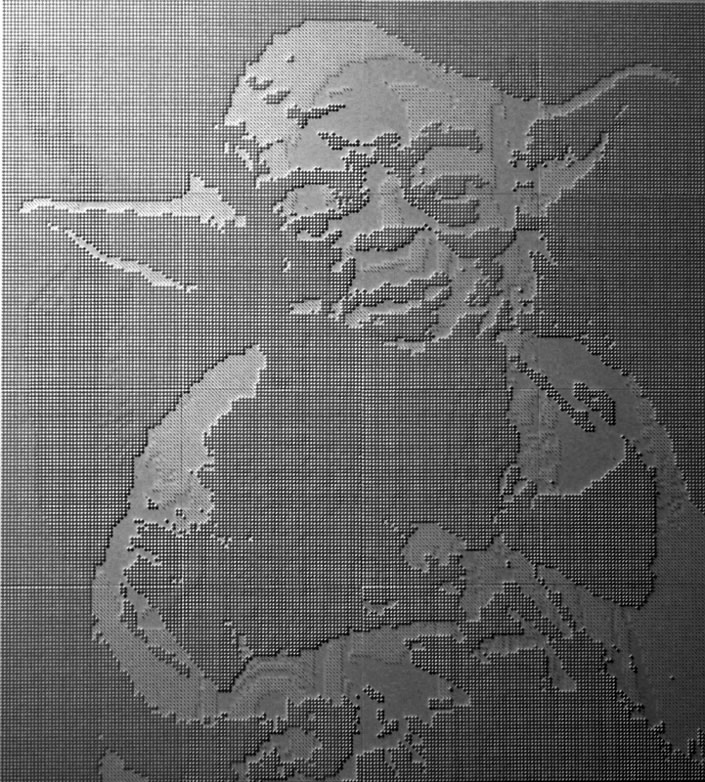 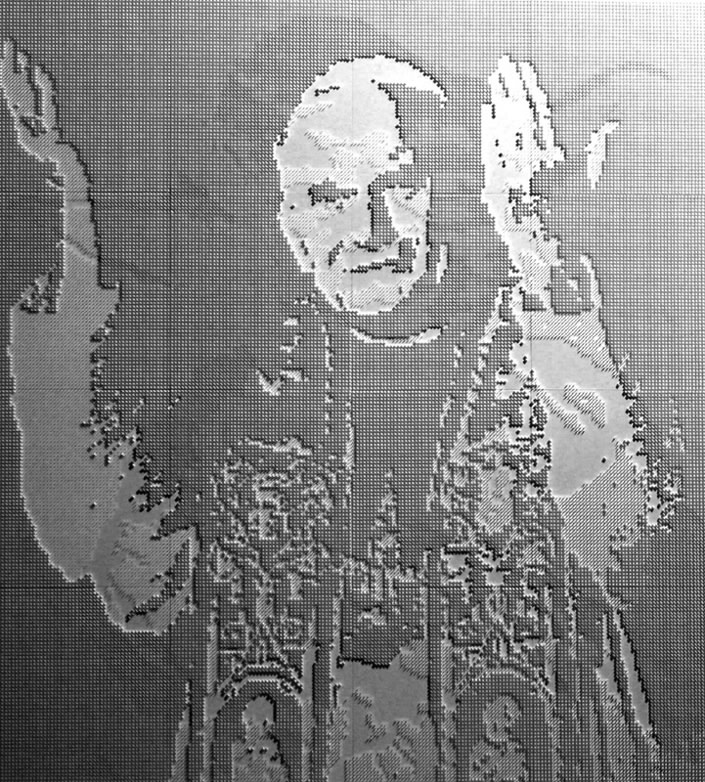