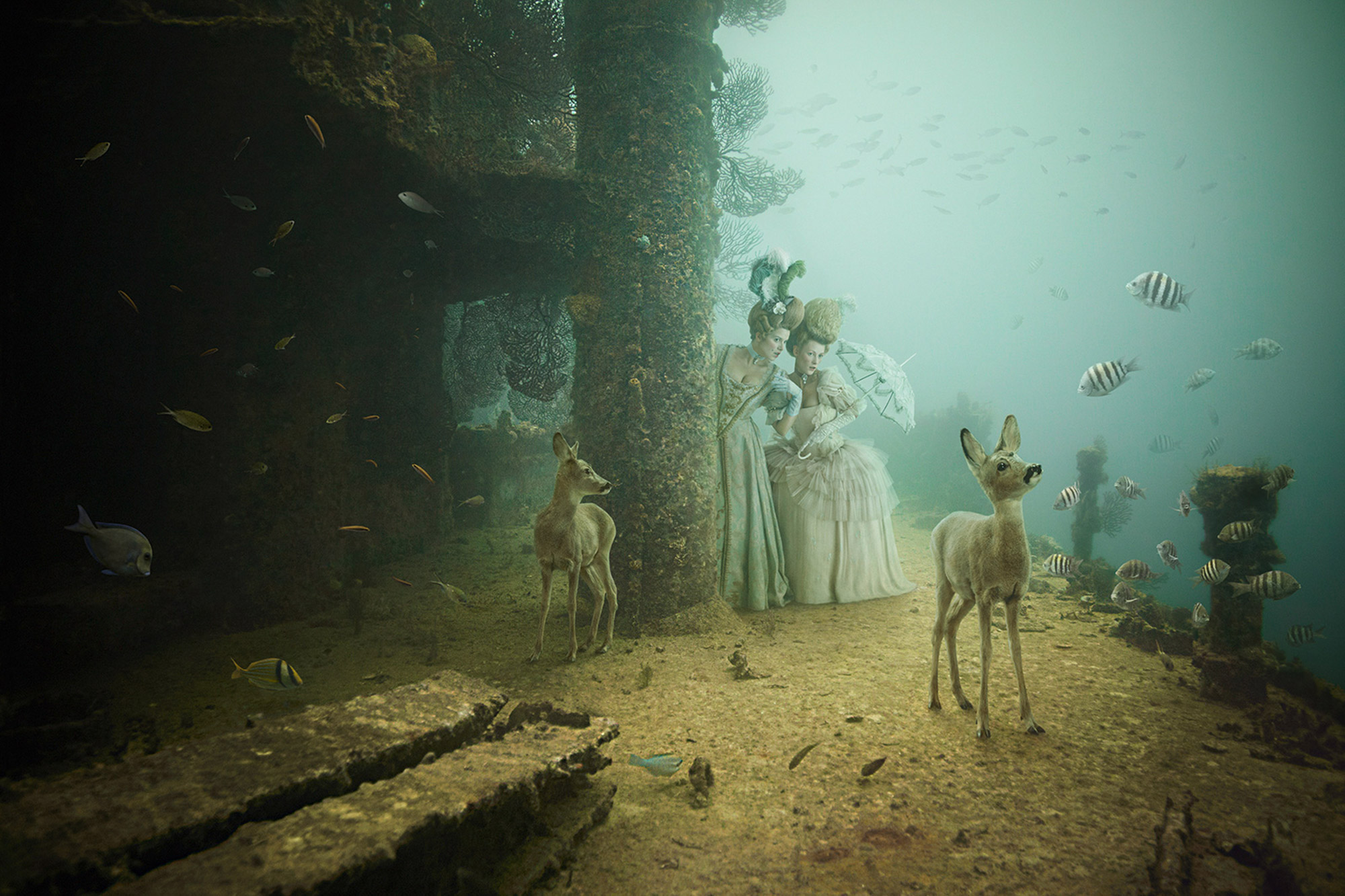 Andreas Franke is an award-winning commercial photographer based in Vienna. After diving in the Caribbean, he was inspired to create art that both expressed the beauty of the ocean, and interacted directly with it. The resulting series is called “The Sinking World,” starting with composite photographs that combine underwater shots with studio images of costumed models. Next, Franke covered the photographs with plexiglass and attached them to a sunken Air Force ship called the Vandenberg, 140 feet below the surface of the Atlantic Ocean, where they were accessible to viewers by scuba diving. Over time, the images developed an underwater patinaâ€”a natural discolorationâ€”making them works of art fully integrated the ocean. 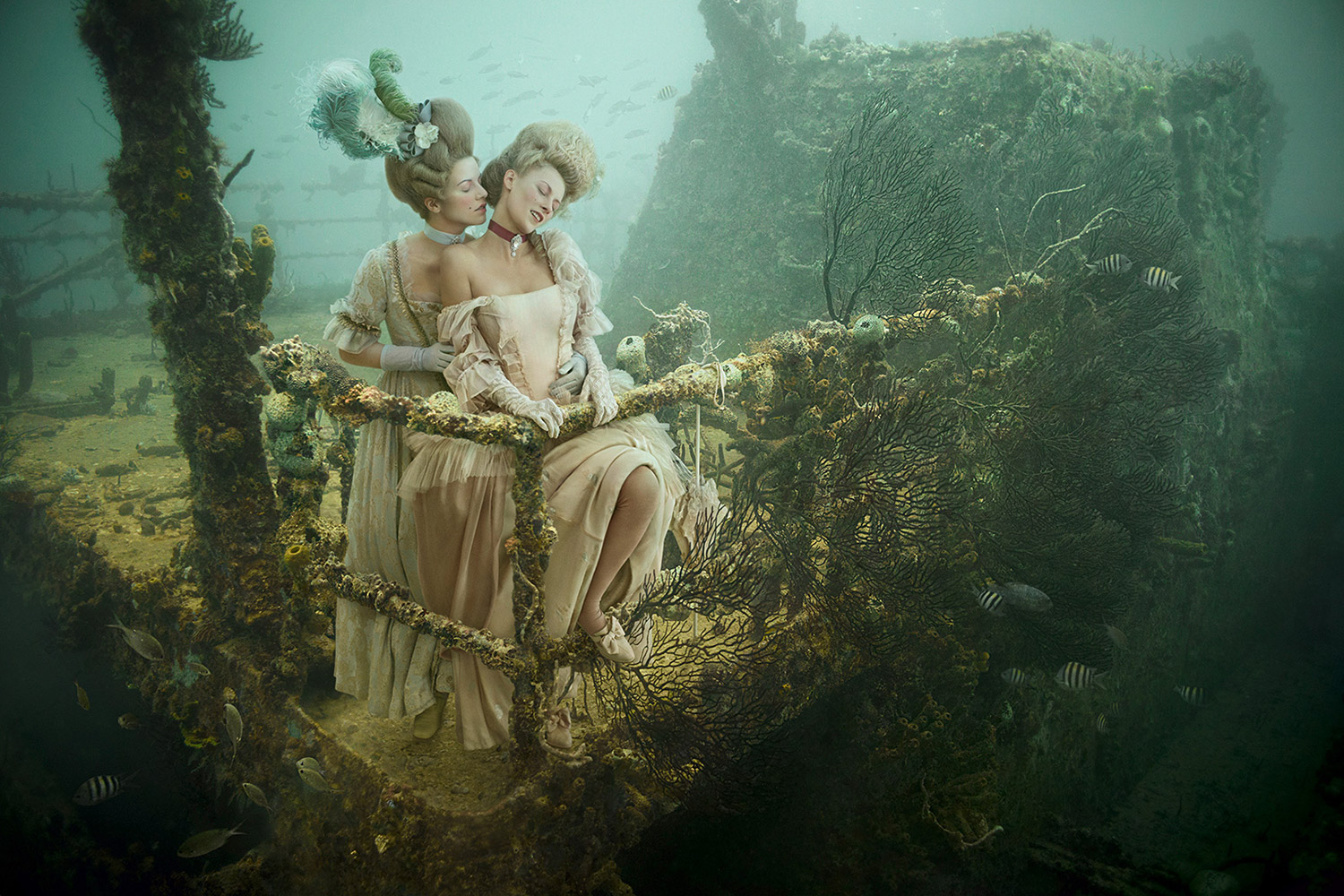 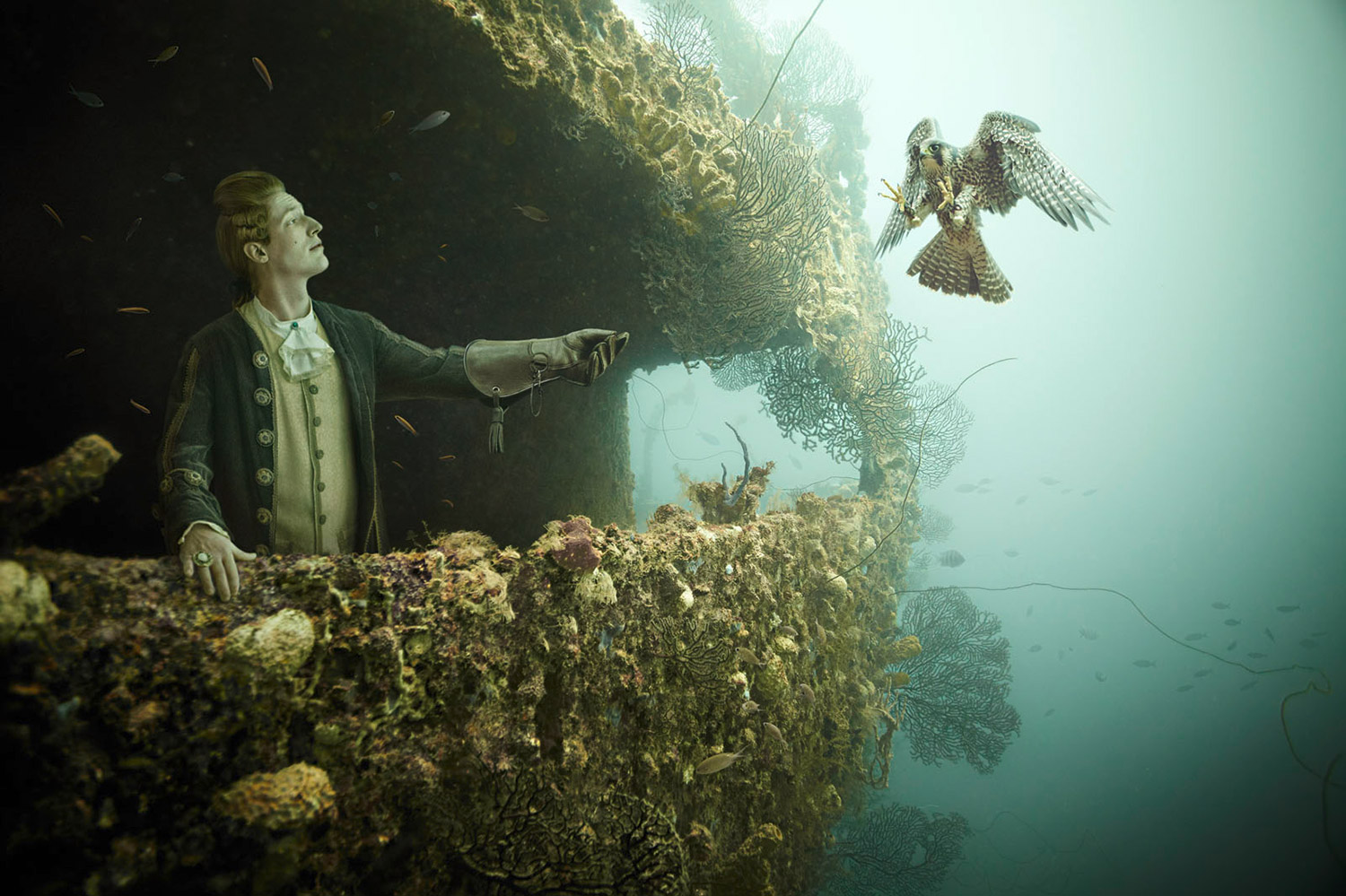 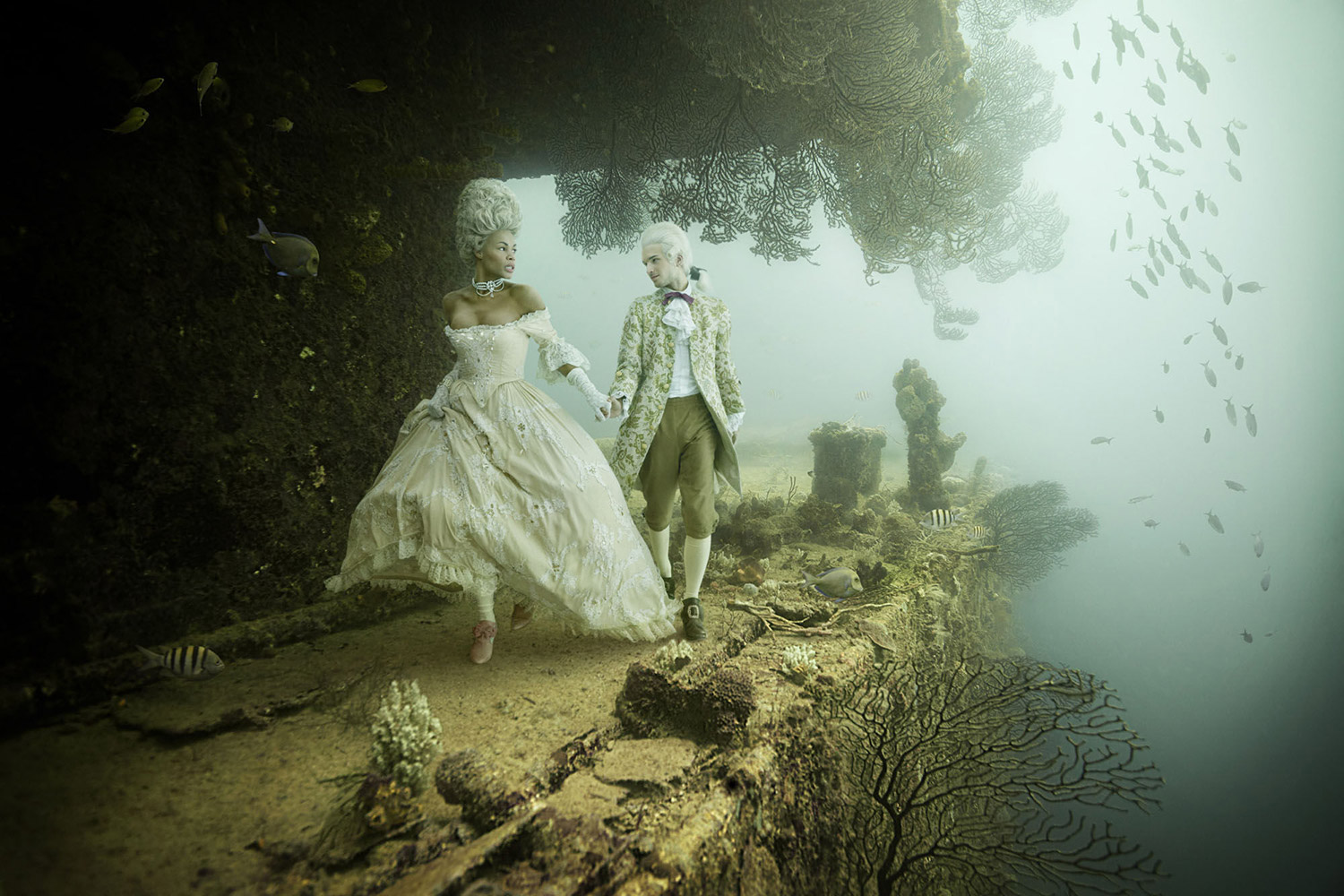 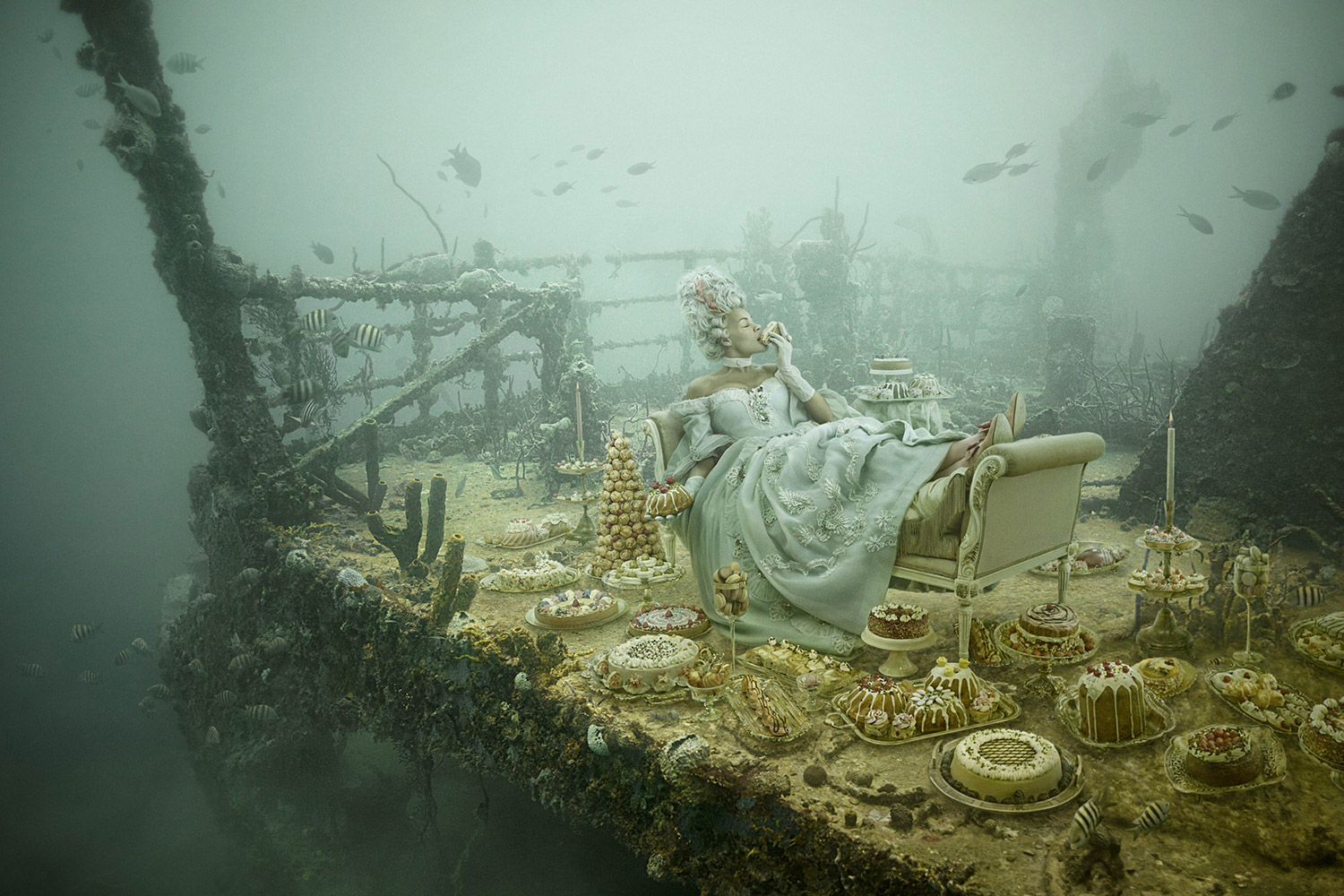 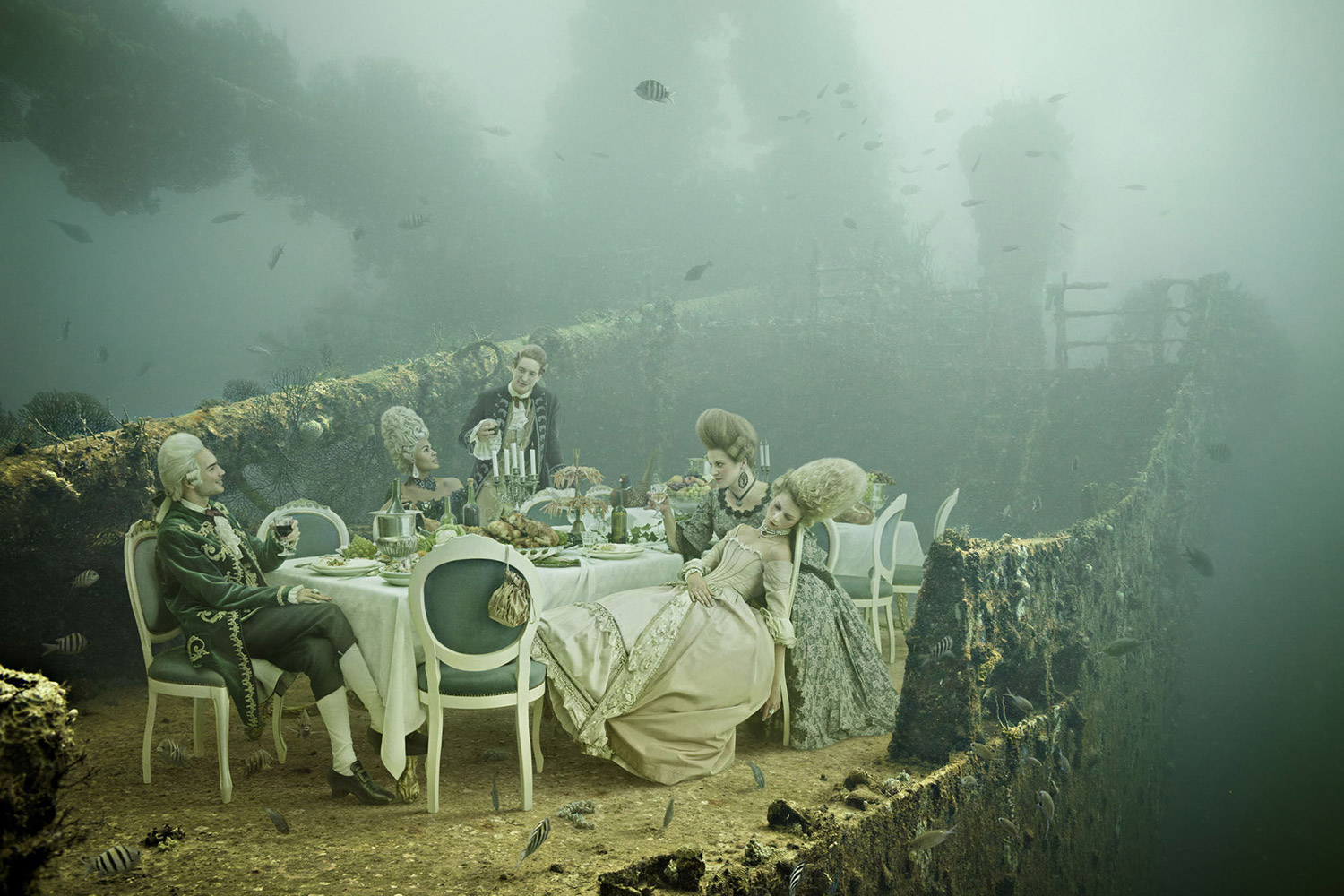 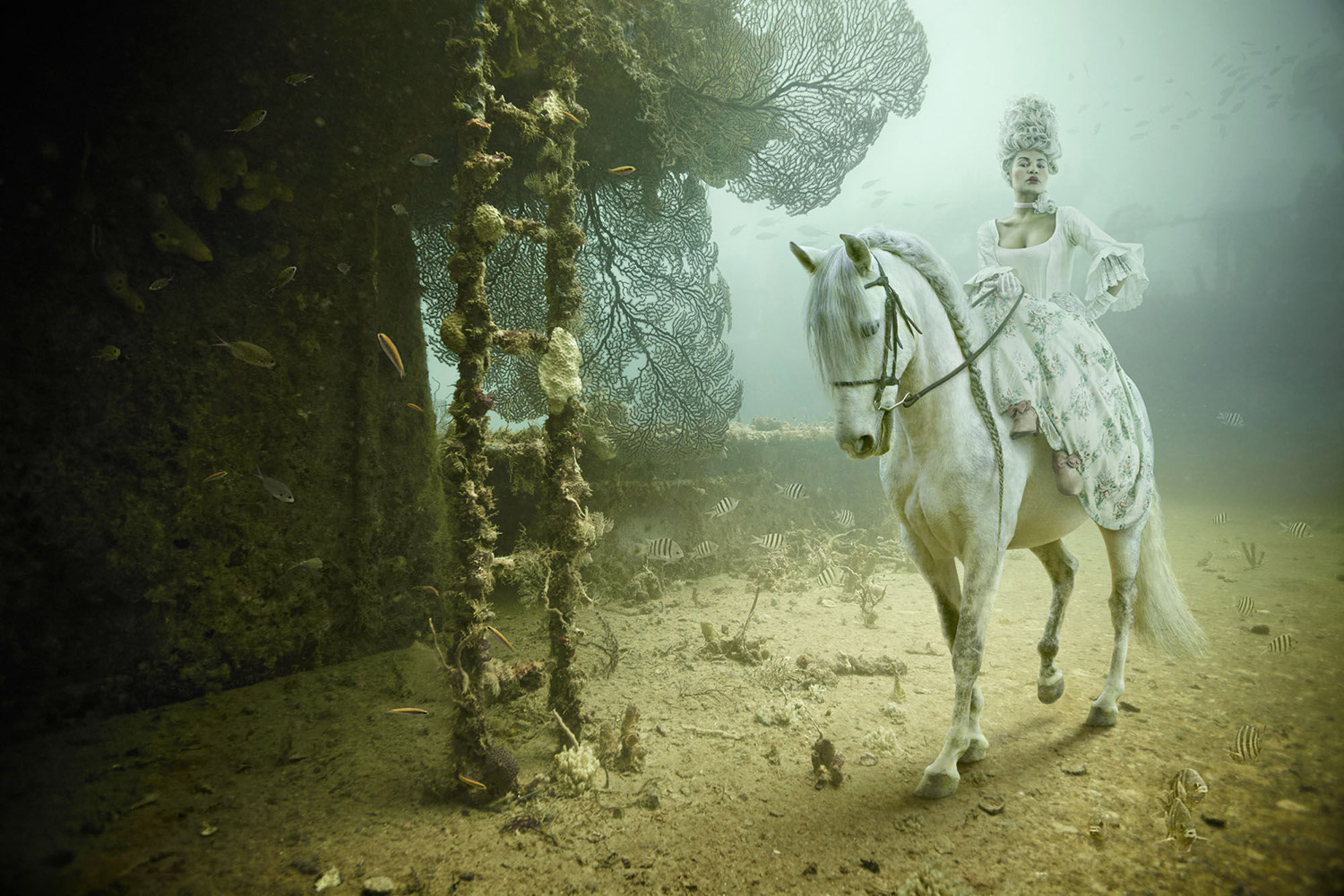 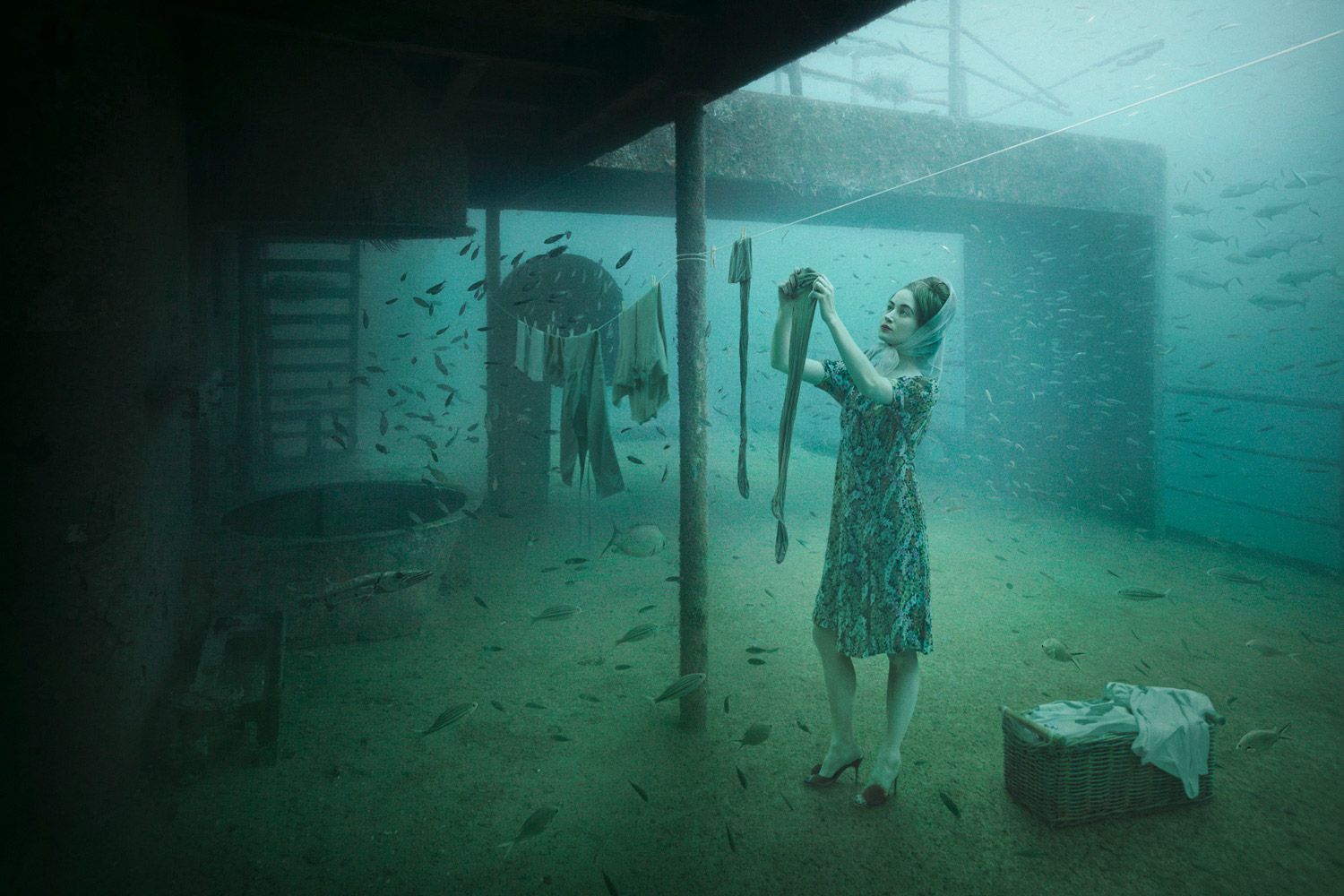