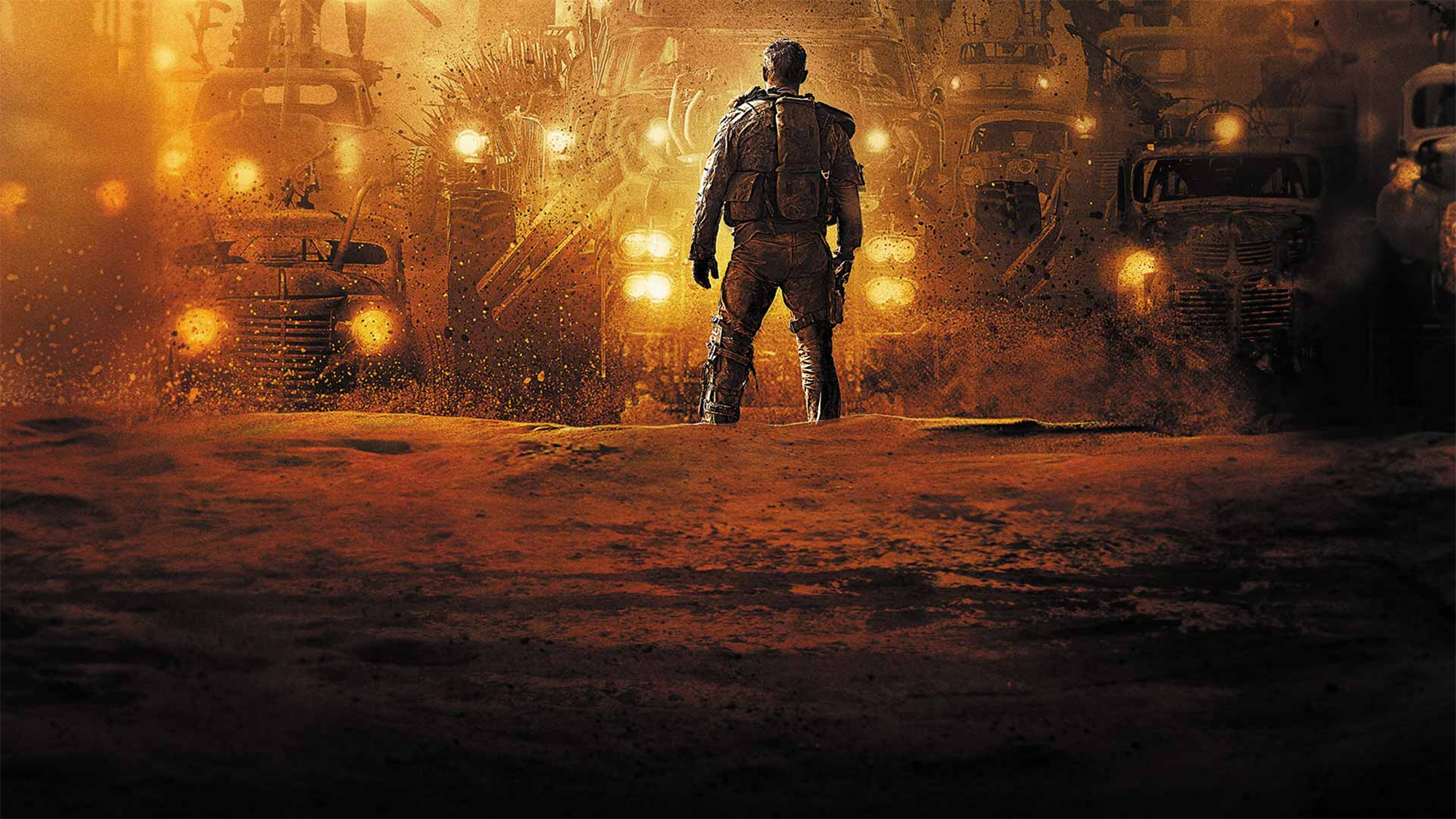 Directors George Miller and J.J. Abrams were under mucho pressure to not drop the ball and deliver inferior product. ‚ÄúStar Wars‚Äù have been fooled before, thanks to those dreadful prequels.

Elsewhere, the year was shaped by all manner of films in many genres. It‚Äôs been rich pickings, to be honest, with an abundance of excellent titles watched between chilly January to the cold dark days of December. As ever with these yearly roundups, worthy contenders fail to make the final countdown.

Top: Tom Hardy was cast as the new Max Rockatansky, after Mel Gibson decided not to return to the role. 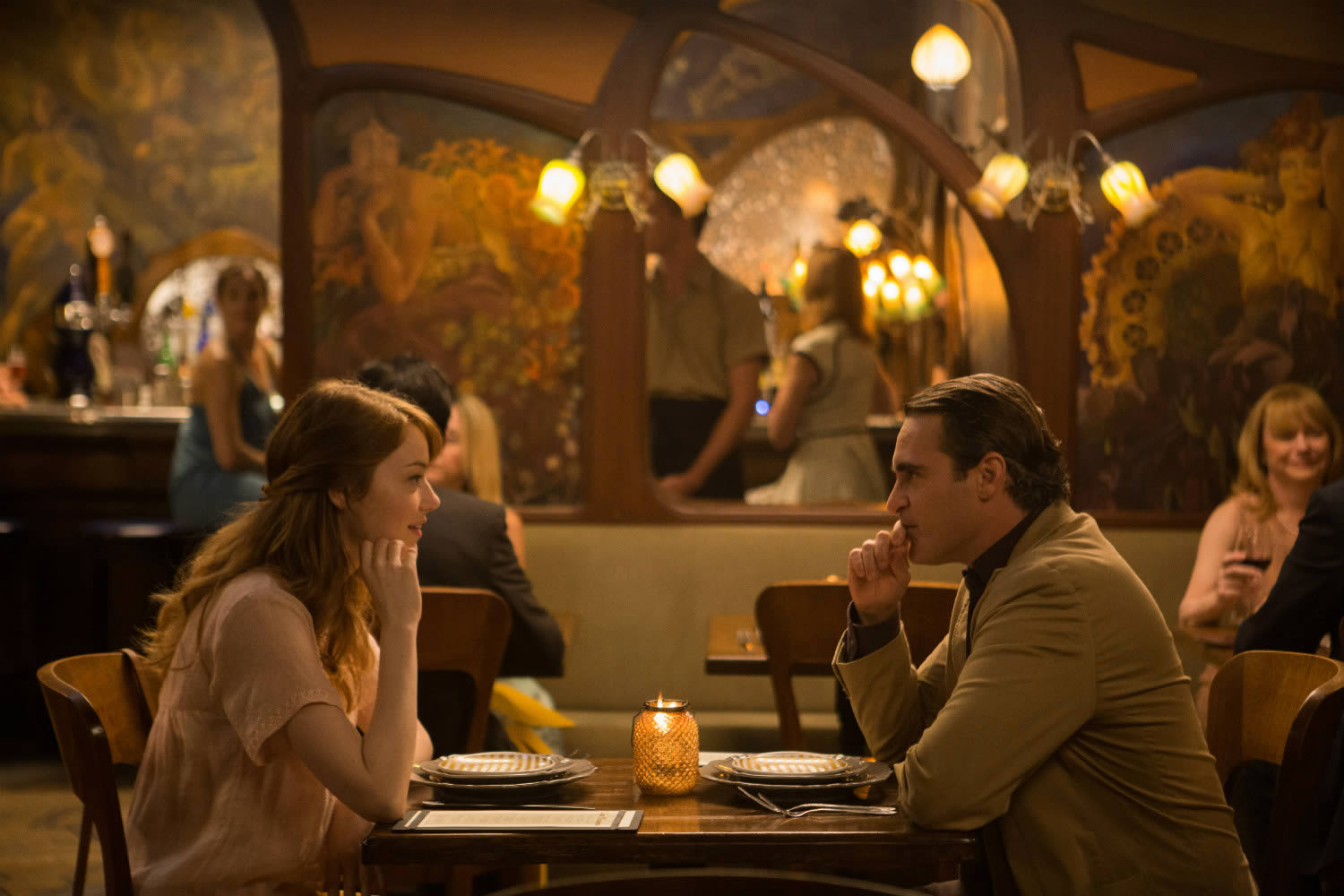 Emma Stone made her second consecutive appearance in a Woody Allen film, in “Irrational Man.”

Since ‚ÄúMidnight in Paris‚Äù (2011), Woody Allen has been on a fine run and ‚ÄúIrrational Man‚Äù is another slam dunk. The themes and plot might be lifted from Dostoyevsky‚Äôs classic novel ‚ÄúCrime and Punishment,‚Äù but they have been given a quintessential Woody Allen spin. Joaquin Phoenix is superb as the world-weary professor plotting the perfect murder. ‚ÄúIrrational Man‚Äù is a compelling, funny and haunting work. 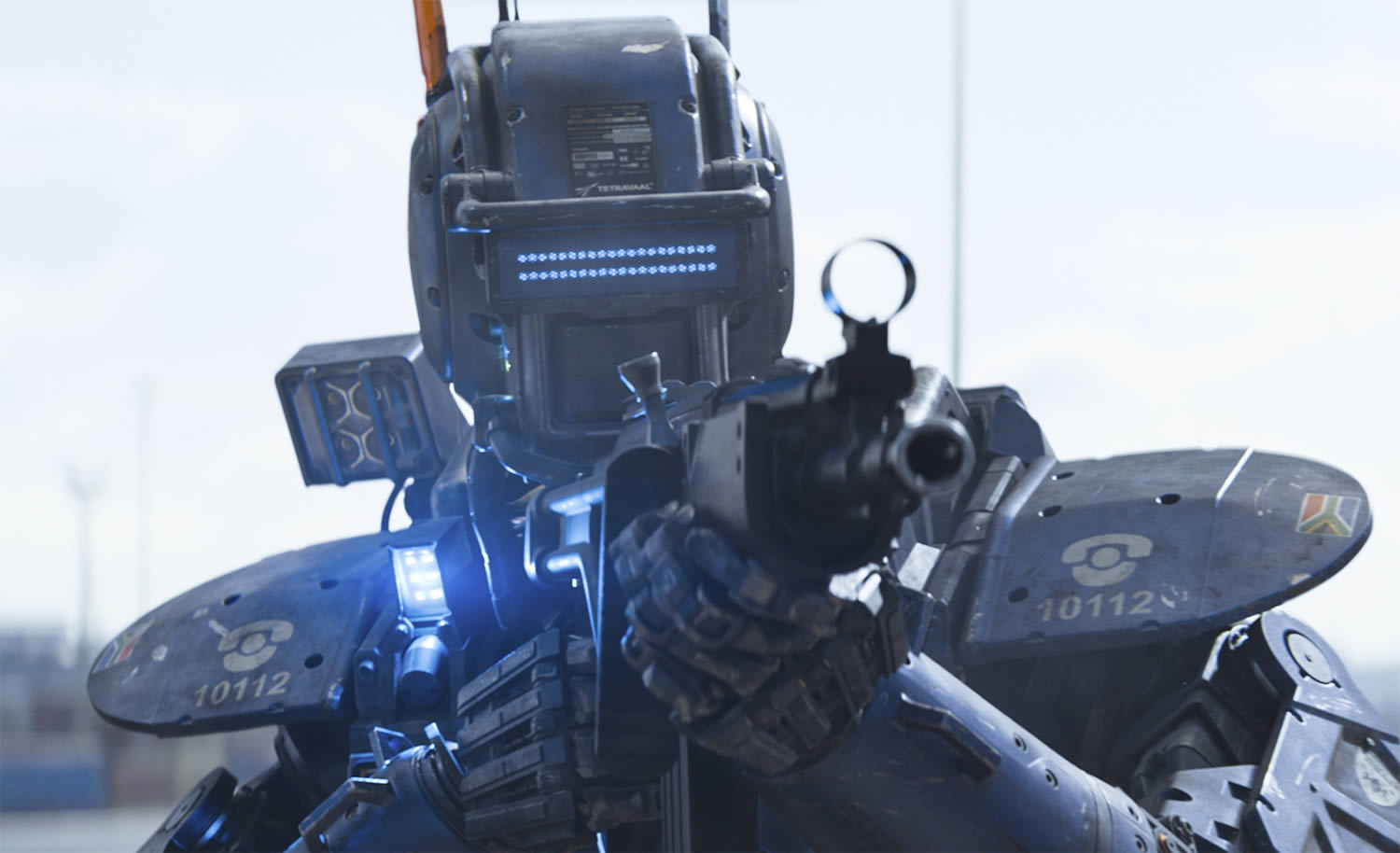 Chappie was voiced by Sharlto Copley.

Neill Blomkamp‚Äôs third feature film starred Sigourney Weaver, Hugh Jackman and rap stars, Die Antwoord. Ninja and Yolandi are not everybody‚Äôs cup of tea, but they brought such humour and gonzo charm to Blomkamp‚Äôs urban fairy tale. The ‚ÄúRoboCop‚Äù meets ‚ÄúPinocchio‚Äù plot was lent thematic depth because of a riveting “nature versus nurture” subtext. ‚ÄúChappie‚Äù was a blockbuster both intelligent and visually spectacular. 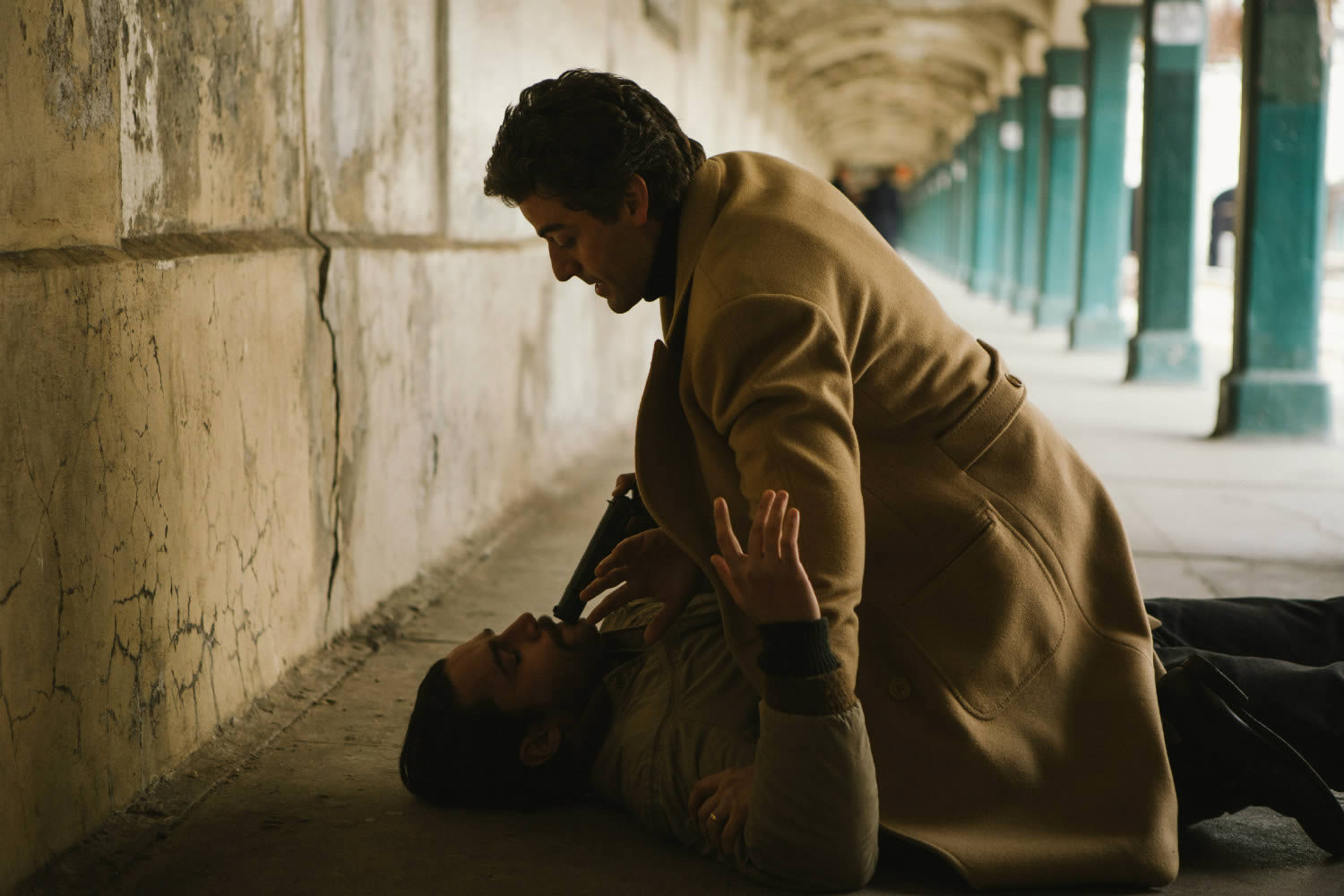 Guatemalan-born Oscar Isaac is one of Hollywood’s most exciting actors.

A Most Violent Year

2015 has been a fine 12 months for Oscar Isaac. He appeared in three movies and a well-received television mini-series, ‚ÄúShow Me a Hero.‚Äù His performance as a former crook attempting to go legit in early 1980s NYC showcased the actor‚Äôs charisma and versatile acting chops best of all. ‚ÄúA Most Violent Year‚Äù also established director J.C. Chandor as a major league director. 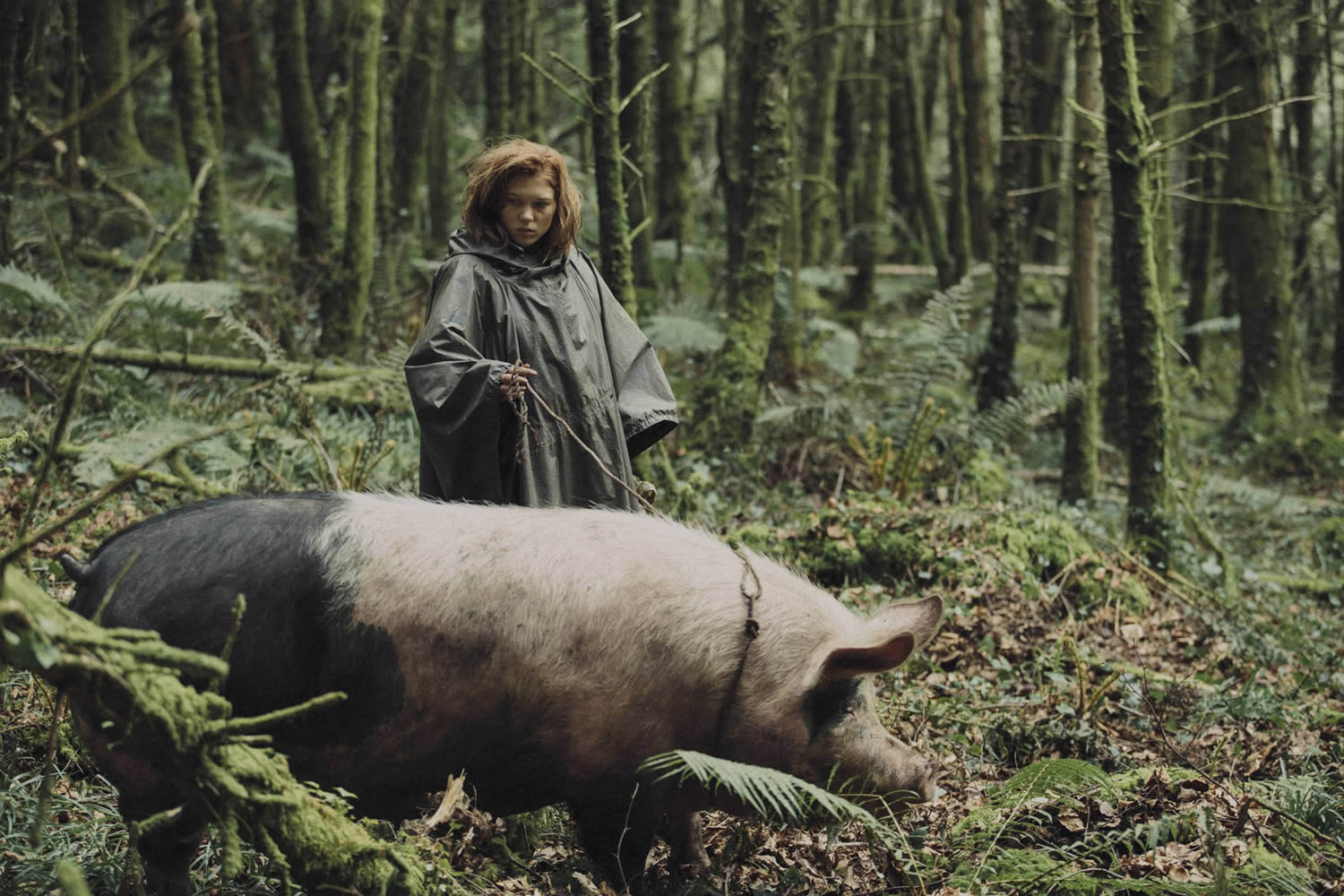 Lea Seydoux as the eccentric Loner Leader in the surreal sci-fi love story, “The Lobster.”

‚ÄúThe Lobster‚Äù was awarded the prestigious Jury Prize at Cannes and it also marked the English-language feature by Greek auteur, Yorgos Lanthimos. Starring Colin Farrell and Rachel Weisz, the film is set in an alternate universe dystopia, where single people must find a partner within forty-five days or they‚Äôre turned into an animal of their choosing. It‚Äôs surreal, deadpan and incredibly touching. 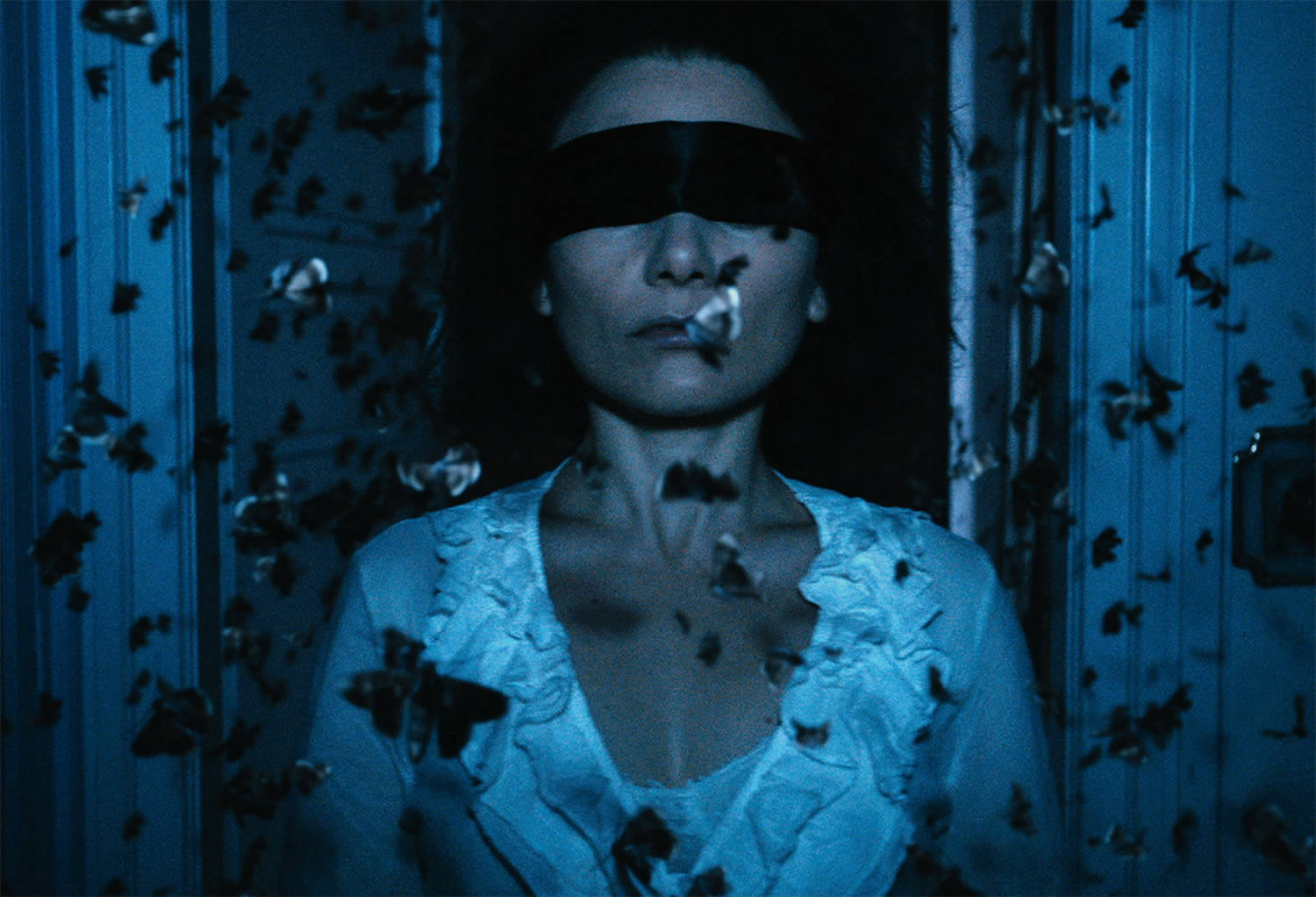 Peter Strickland’s “The Duke of Burgundy” is a visual feast.

Peter Strickland‚Äôs relationship drama, set in a fantasy world where men don‚Äôt exist, was made in the retro style of 1970s arthouse erotica. Yet it wasn‚Äôt a Tarantino-esque pastiche entirely relying on references and remixed genre traditions. Chiara D‚ÄôAnna and Sidse Babett Knudsen headlined as a couple in a mistress-slave combo, but whose situation is fraught with the slings and arrows of being in a long-term relationship. 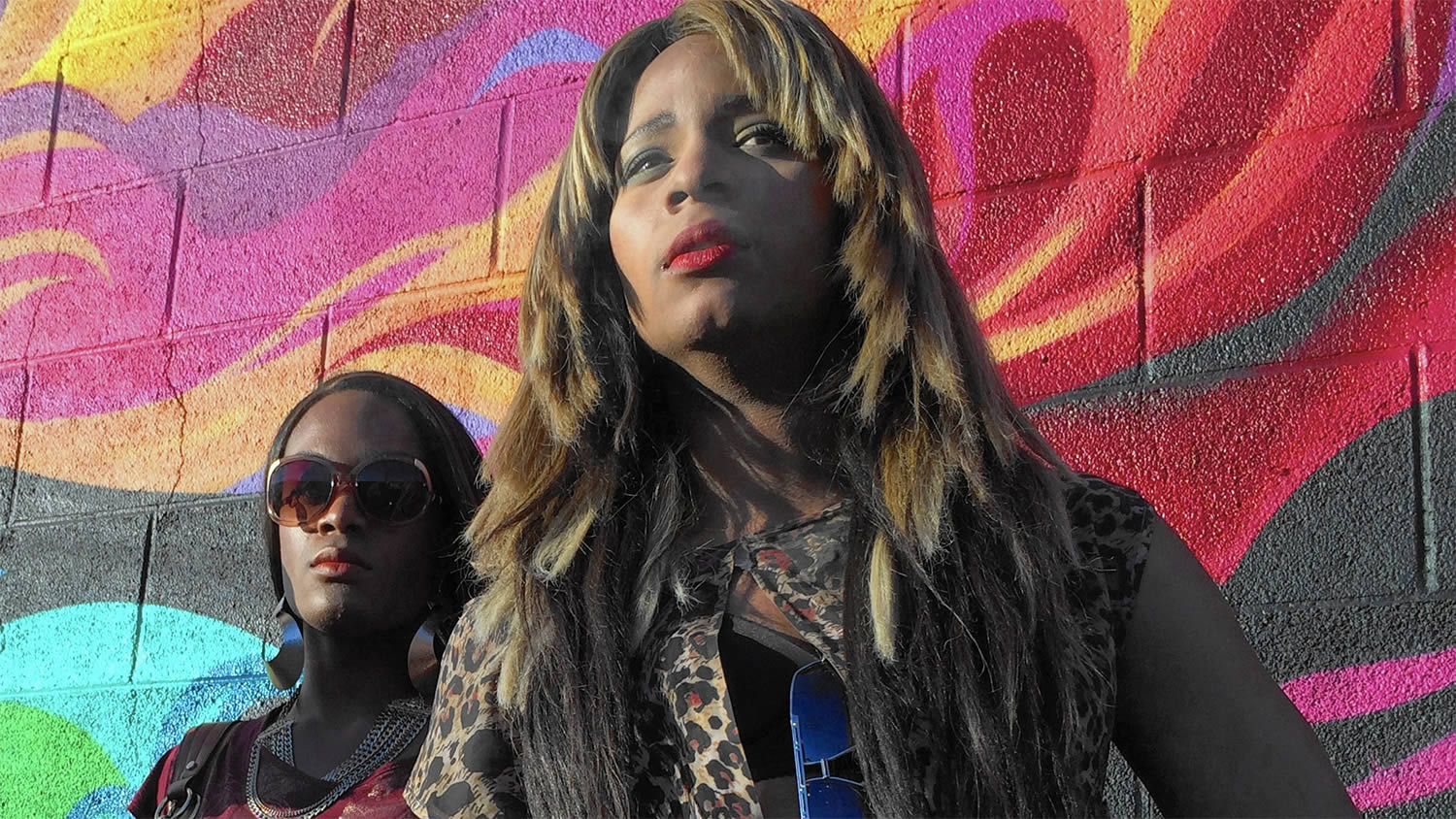 “Tangerine” is one of the great indie movie triumphs of the year.

Shot on three iPhone 5s with a filmmaking app and widescreen lens adaptor, Sean S. Baker‚Äôs Christmas-set comedy drama is a lesson to all wannabe filmmakers. Featuring transgender actors in lead roles, ‚ÄúTangerine‚Äù is a very funny and endearingly punky tale of friendship and lives lived on the fringes of society. 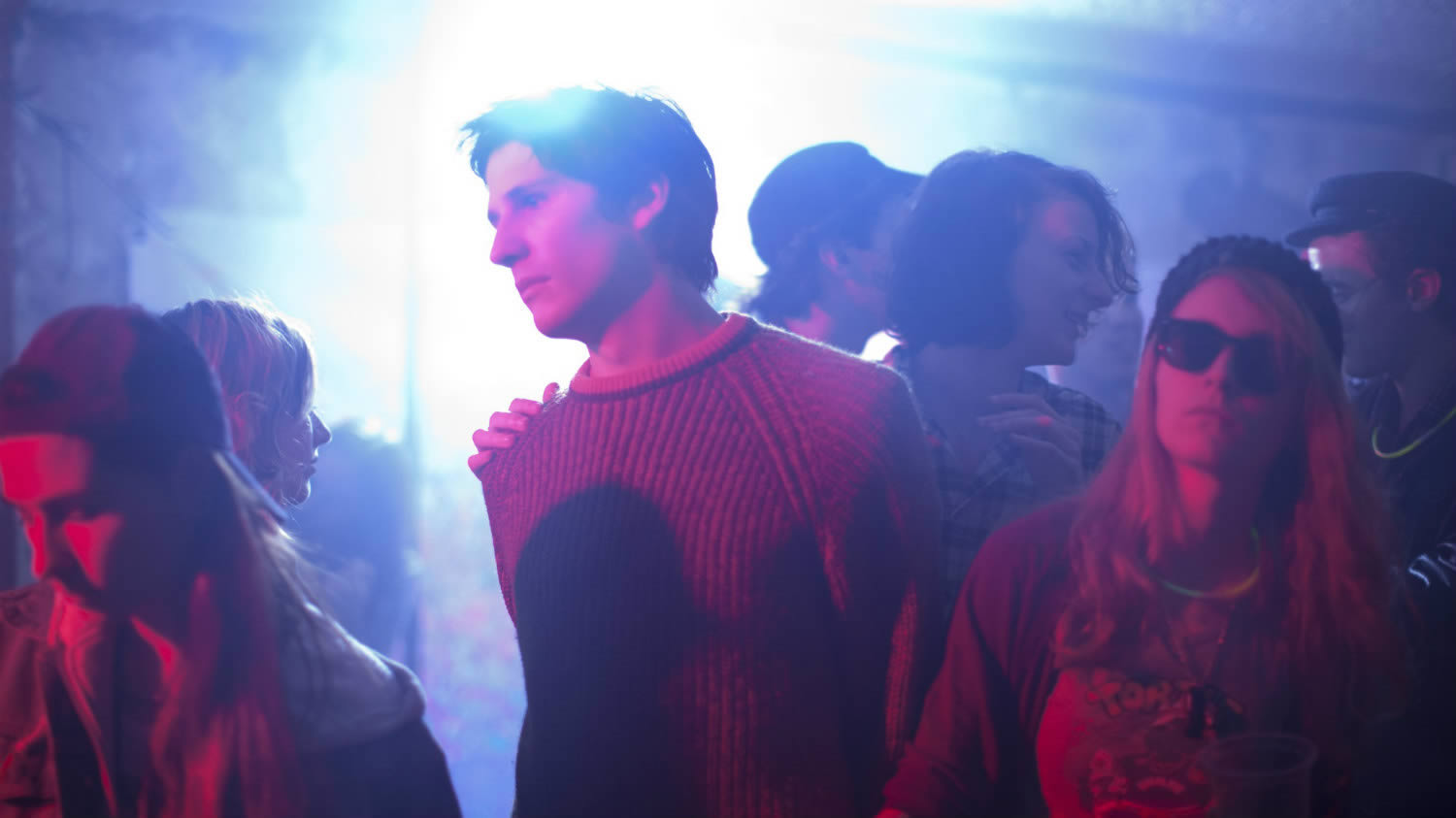 Mia Hansen-L√∏ve wrote the screenplay with her brother, Sven, and it is partly based on his own life.

Mia Hansen-L√∏ve’s ‚ÄúEden‚Äù is a decades-spanning love story about a man‚Äôs infatuation with disco music. Paul Vall√©e (F√©lix de Givry) is a Parisian DJ at a time when French dance music is becoming a distinct and celebrated brand. Paul‚Äôs life journey is contrasted with the major success of his friends, Daft Punk. As they become internationally famous, their good buddy edges further and further into obscurity. 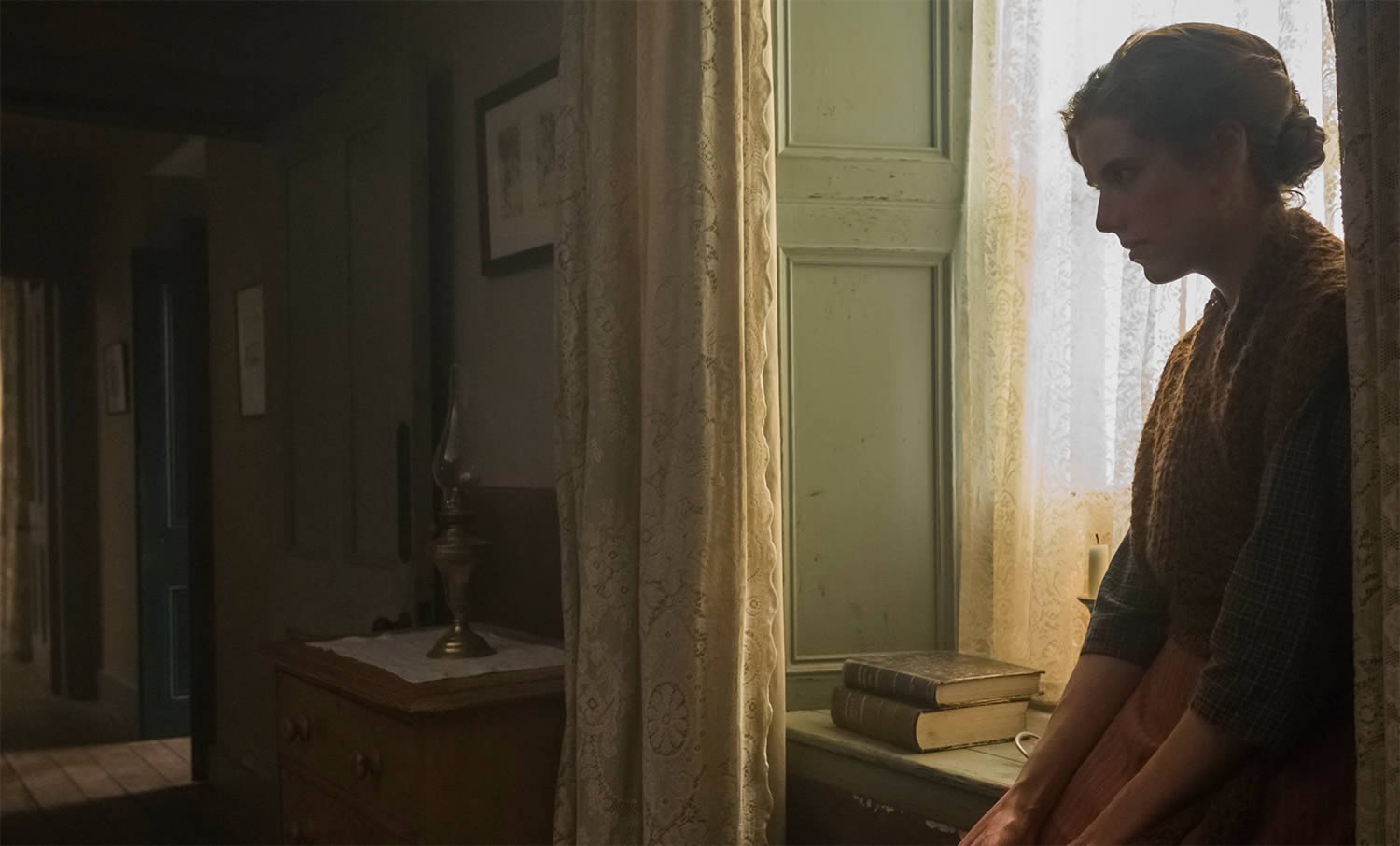 Terence Davies‚Äôs adaptation of the 1932 Lewis Grassic Gibbons novel is a triumph for British cinema. Agyness Deyn stars in what should be a career-making performance as a Scottish lass living on a farm in Scotland. Davies has crafted a typically poetic melodrama, which once more marks him out as a distinct British filmmaker. ‚ÄúSunset Song‚Äù is a glorious achievement. 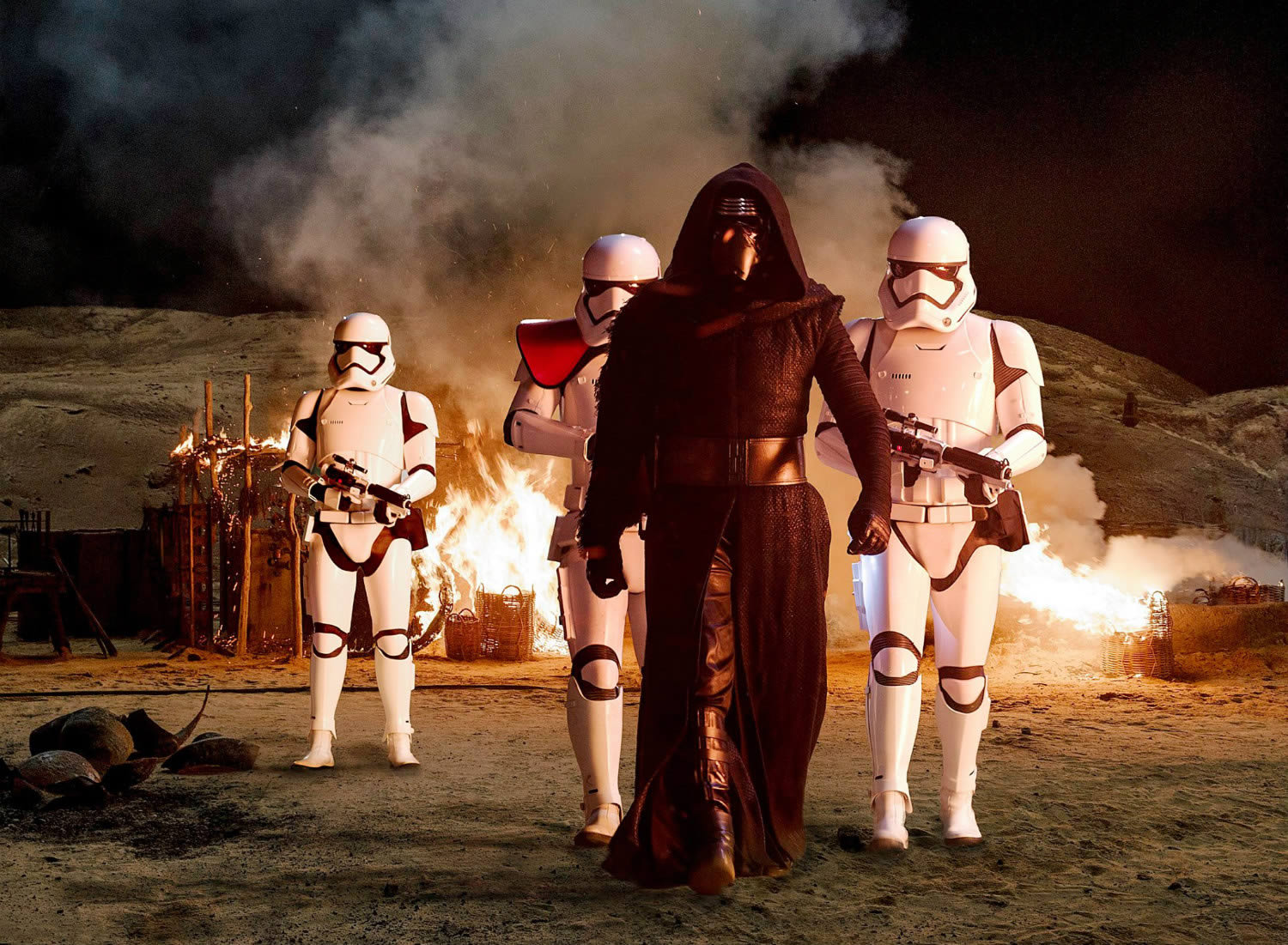 Kylo Ren is a worthy successor to Darth Vader as the chief “Star Wars” baddie.

Forget all about the lousy prequels, J.J. Abrams has made a truly brilliant ‚ÄúStar Wars‚Äù episode. It’s exactly the movie George Lucas forgot how to make. Set thirty-odd years after events in “Return of the Jedi” the rebels are fighting against a fresh galactic menace, known as the First Order. The new cast members hold their own against the much-loved old guard, with Adam Driver‚Äôs villain, Kylo Ren, the major standout. Daisy Ridley and John Boyega, too, are wonderful as our new “Star Wars” heroes. 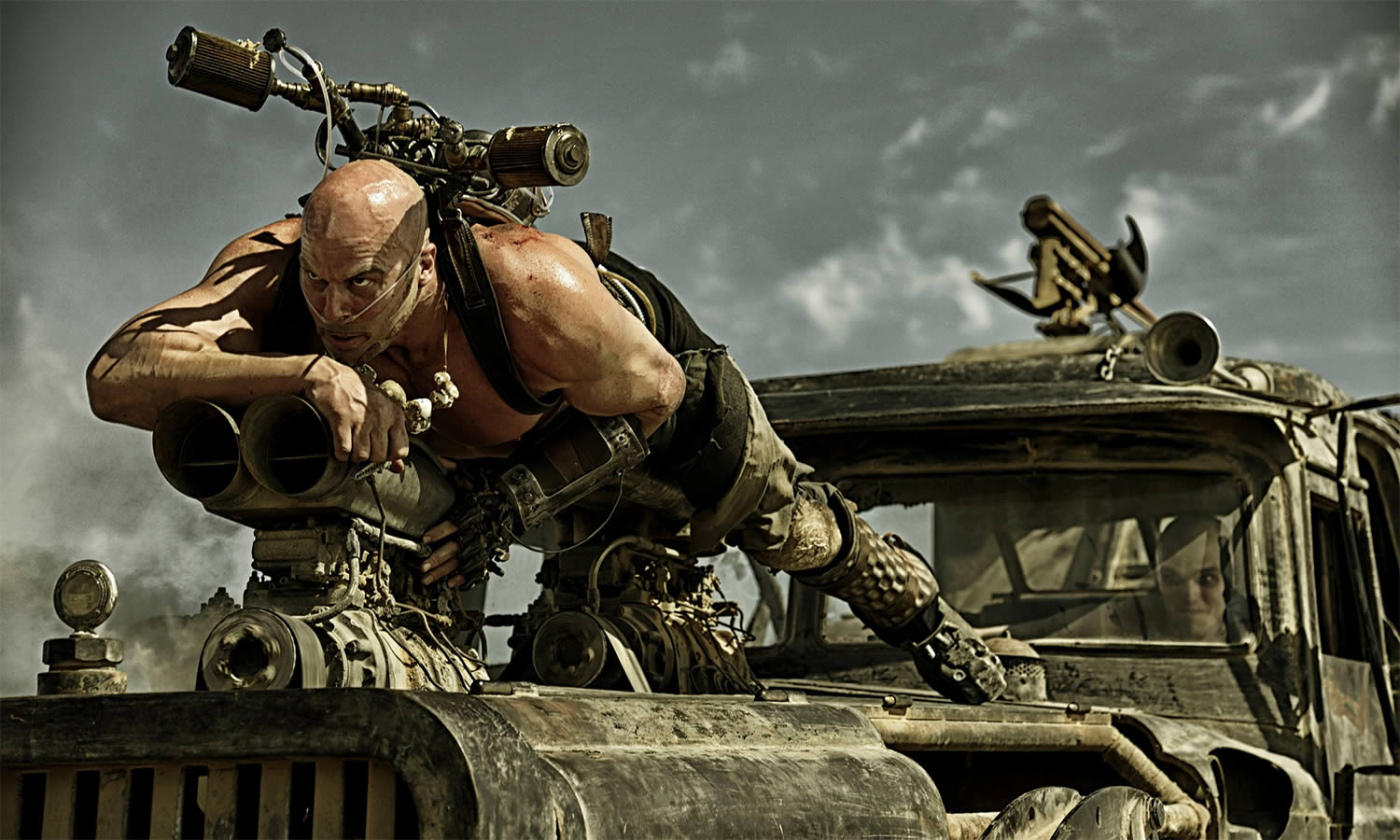 George Miller created some of the most astonishing and intense action scenes ever made.

George Miller‚Äôs extraordinary return to the ‚ÄúMad Max‚Äù series had other blockbusters choking on the dust left in its mighty wake. The Aussie mastermind not only re-imagined the character and the post-apocalyptic wasteland, he also reinvented the action movie. Charlize Theron became an instant movie icon as Imperator Furiosa and Tom Hardy brought a fresh and very eccentric perspective to Max Rockatansky. It‚Äôs a beast of a movie.