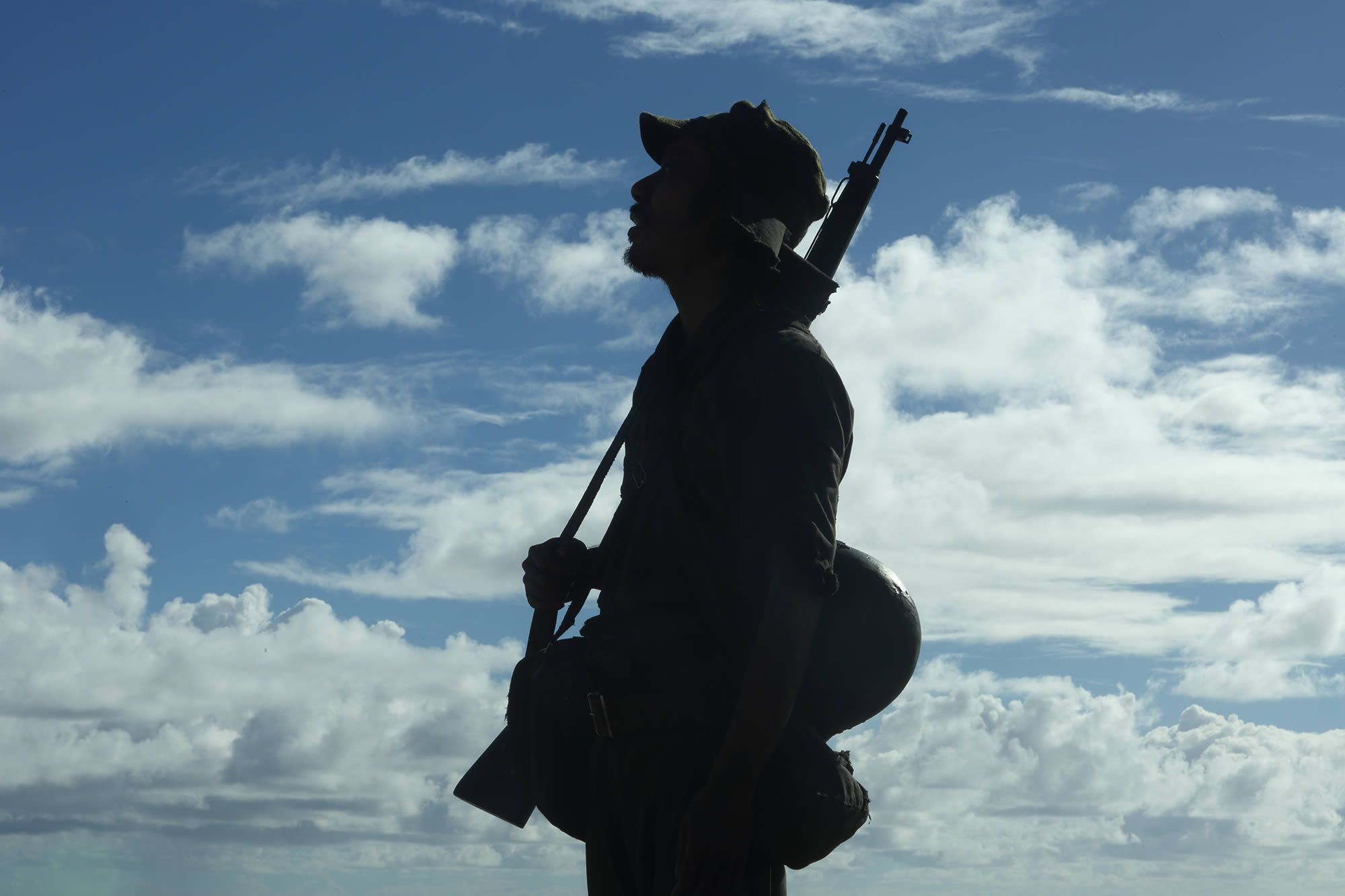 From the vast treasurehouse of eastern cinema, there are always choice nuggets that find their way westwards, even though some, like Wong Kar-waiâ€™s “The Grandmaster” (2013) or Bong Joon-hoâ€™s “Snowpiercer” (2013,) can take a very long time getting here.

Here are the Asian films to which I am most looking forward to in 2015, whether because of the proven record of the personnel involved, or simply the irresistible allure of the pitch. The proof of the mango pudding will of course be in the eatingâ€”but these titles already have me salivating.

Top: War is hell in “Fires on the Plain.” 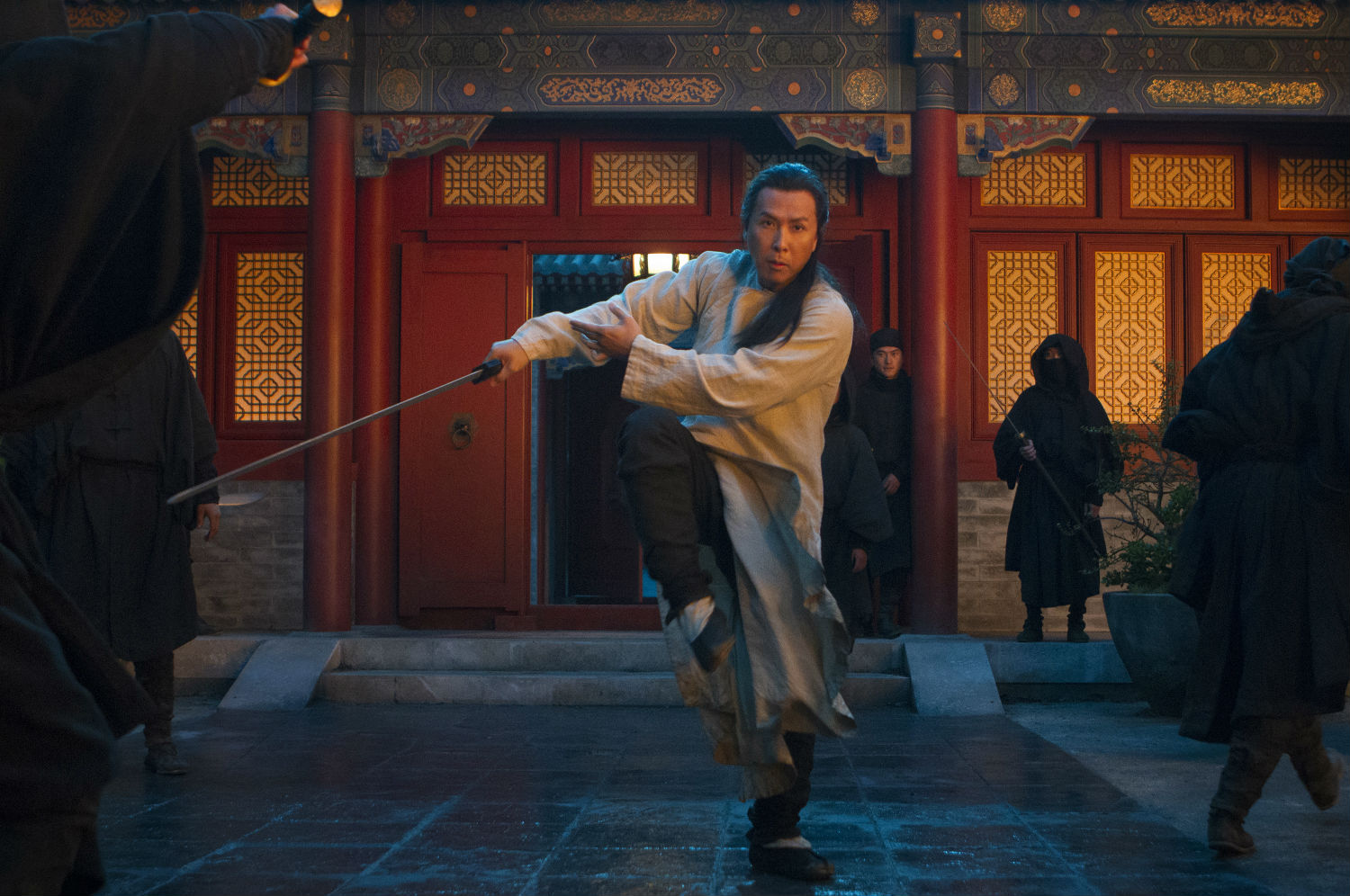 In 2000, the high-leaping wire-fu romance of Ang Leeâ€™s “Crouching Tiger, Hidden Dragon” brought the wuxia genre simultaneously into the international mainstream and the art house. The fact that this sequel comes a full decade and a half later (though with Michelle Yeoh reprising her role from the original) promises less a cheap cash-in, and more a retrospective summation of the intervening years. This Sino-American co-production may have lost Lee from its helm, but it gains the safe hands of legendary action director/fight choreographer Yuen Woo-ping. 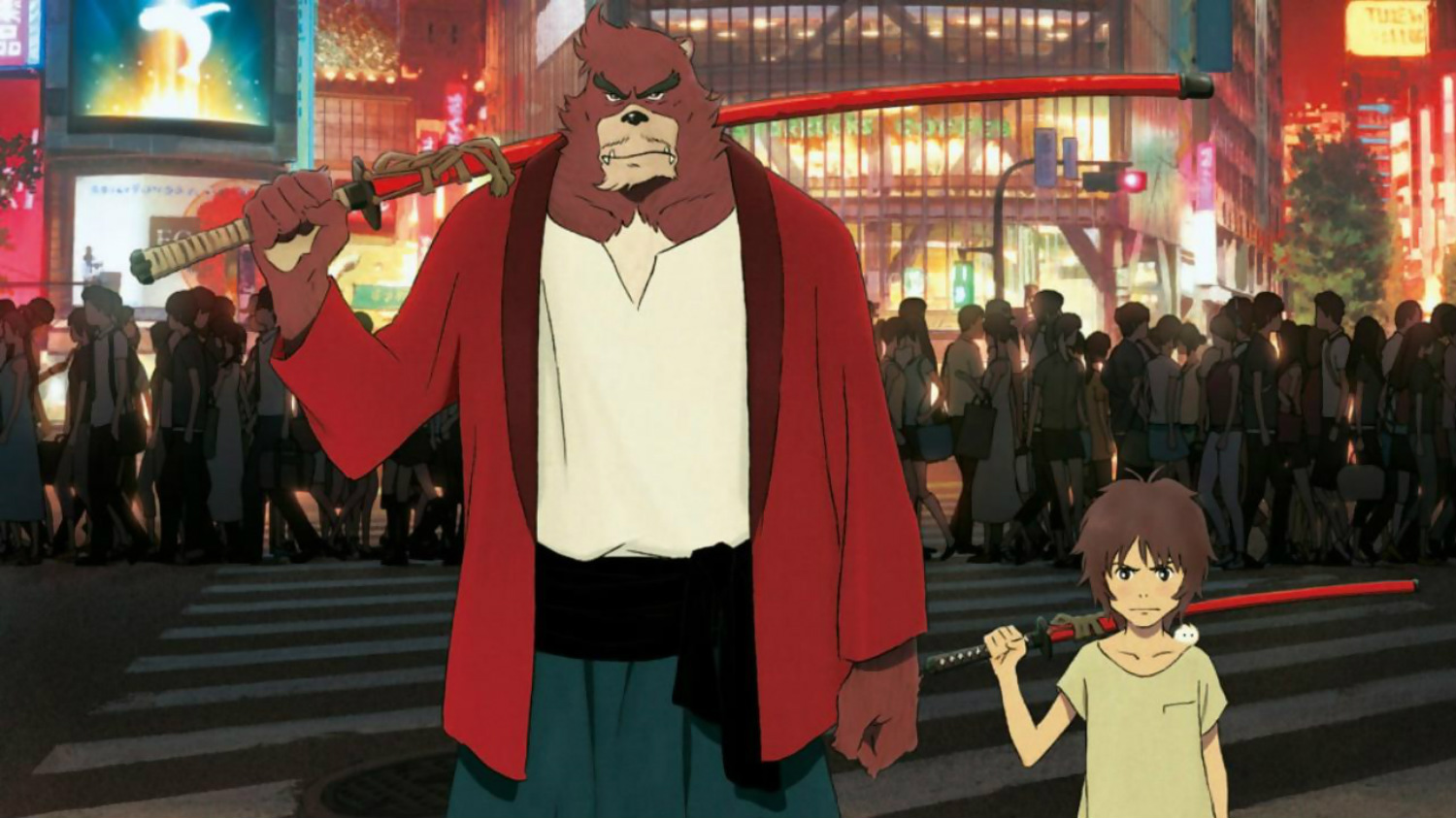 A boy and a beast in Tokyo.

The Boy and the Beast

As Studio Ghibliâ€™s future remains uncertain, the films of their one-time alumnus Mamoru Hosoda (â€śWolf Childrenâ€ť) have kept reminding the world that there is more to quality family anime than Hayao Miyazkiâ€™s production stable. Hosoda’s latest, about an orphan raised on the streets of Tokyo by a (possibly imaginary) monster, was made, like “Wolf Children,” through Hosoda’s own Studio Chizu, and looks set to be the latest chapter in a revolution sweeping through feature-length cartoons from Japan. If King Miyazaki is truly retired, long live the new king! 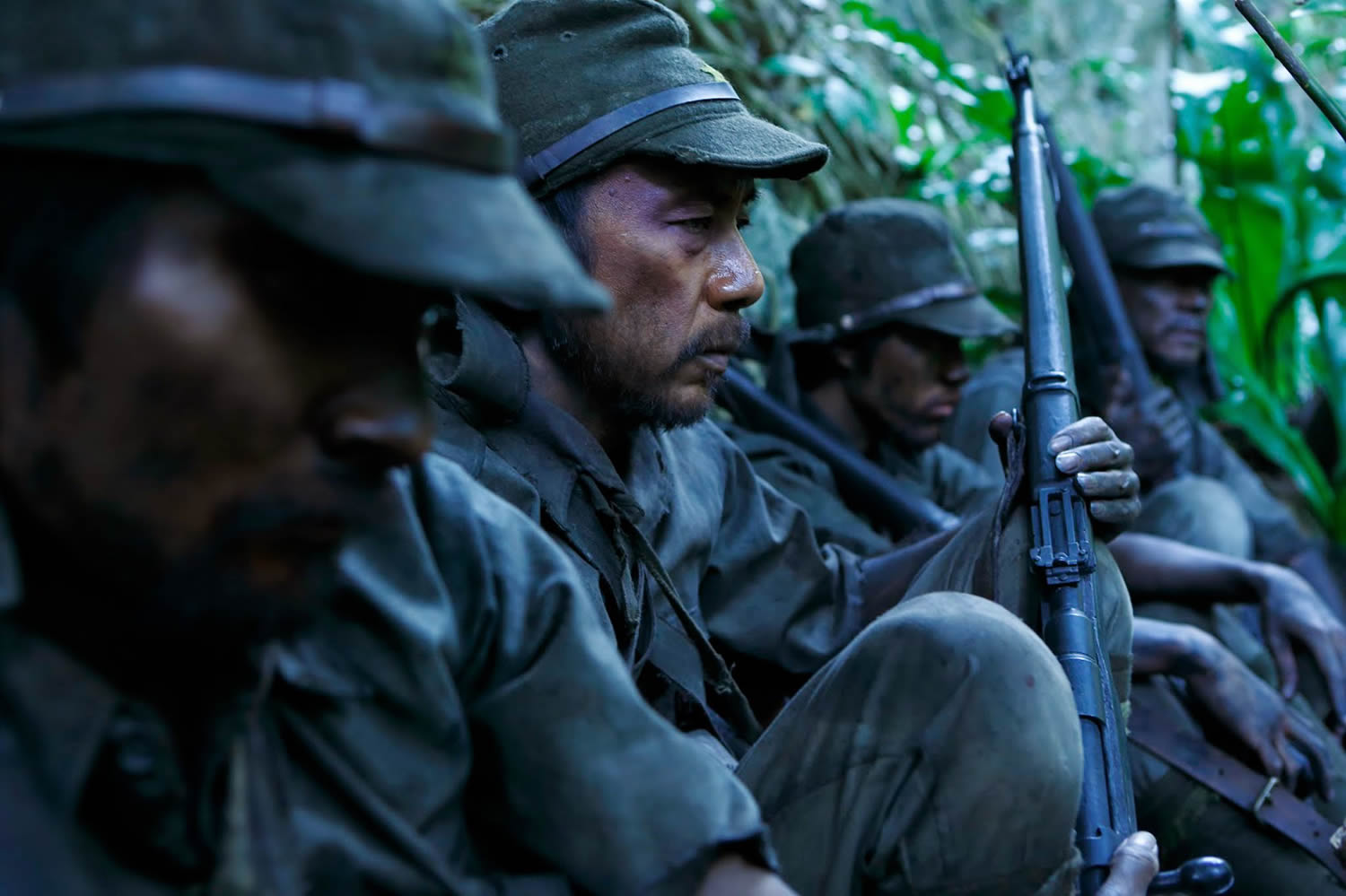 Fires on the Plain

By all accounts a (literally) visceral remake of Ichikawa Konâ€™s homonymous 1959 classic, this follows a tubercular soldier and his comrades-at-arms in retreat from approaching US forces towards the end of the Pacific War, as sickness, hunger and desperation give way to madness. The presence of Japanâ€™s leading punkish mentalist Shinya TsukamotoÂ (as both director and star) practically guarantees that this vision of war will be a very different kind of hell from what is normally seen on screen. 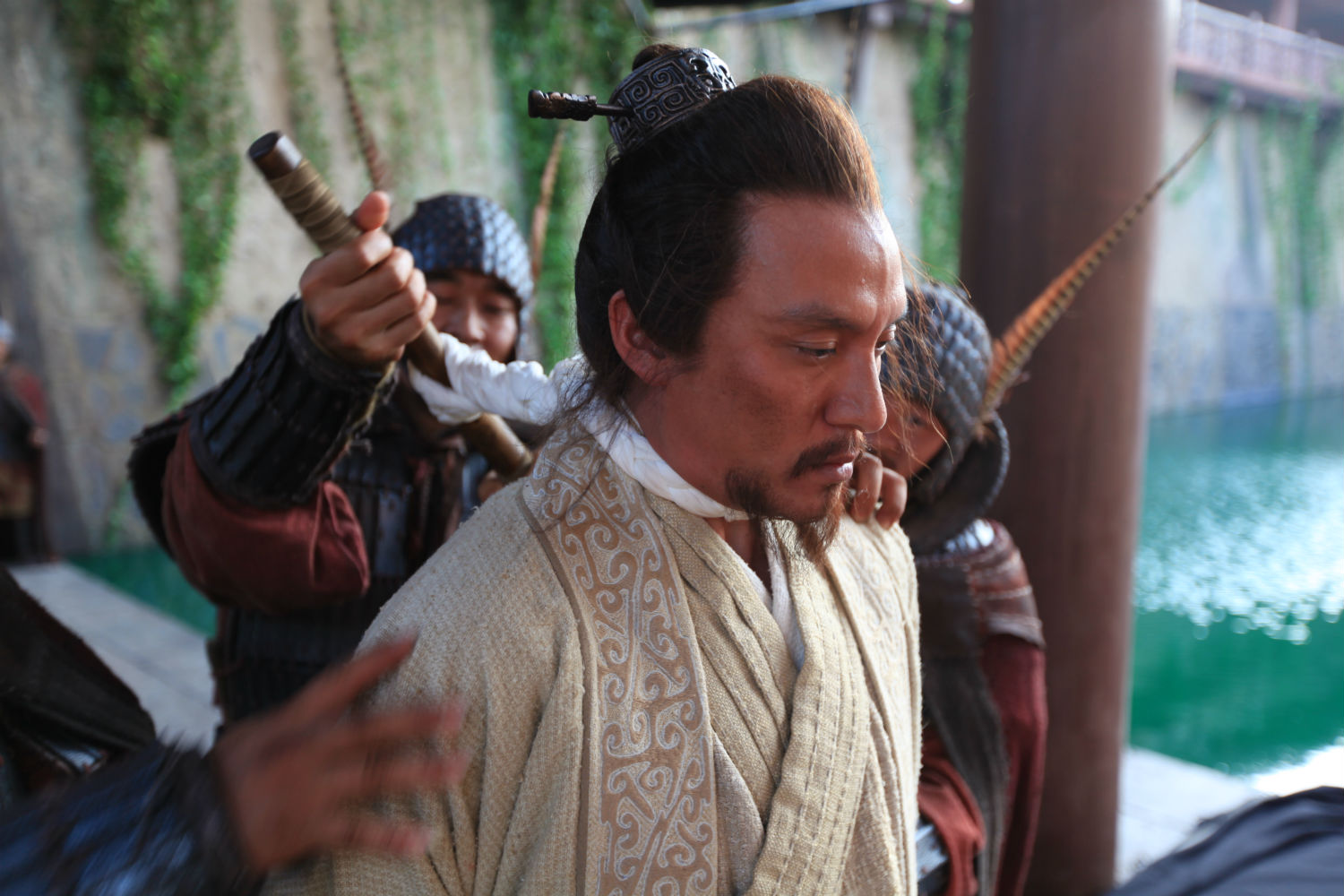 From Lu Chuan, director of “The Last Supper” (pictured).

Ghost Blows Out The Lamp

If Tsukamoto has shifted from science fantasy to war, then Lu Chuan would appear to be moving in the opposite direction. The celebrated Chinese director of bleak WWII film “City of Life and Death” (2009) is reported to be adapting Zhang Muye’s best-selling 2006 novel “Ghost Blows Out The Lamp” into a big-budget sci-fi adventure. Expect elements tomb-raided from Indiana Jones and transplanted to more local sites of Chinese mythology. 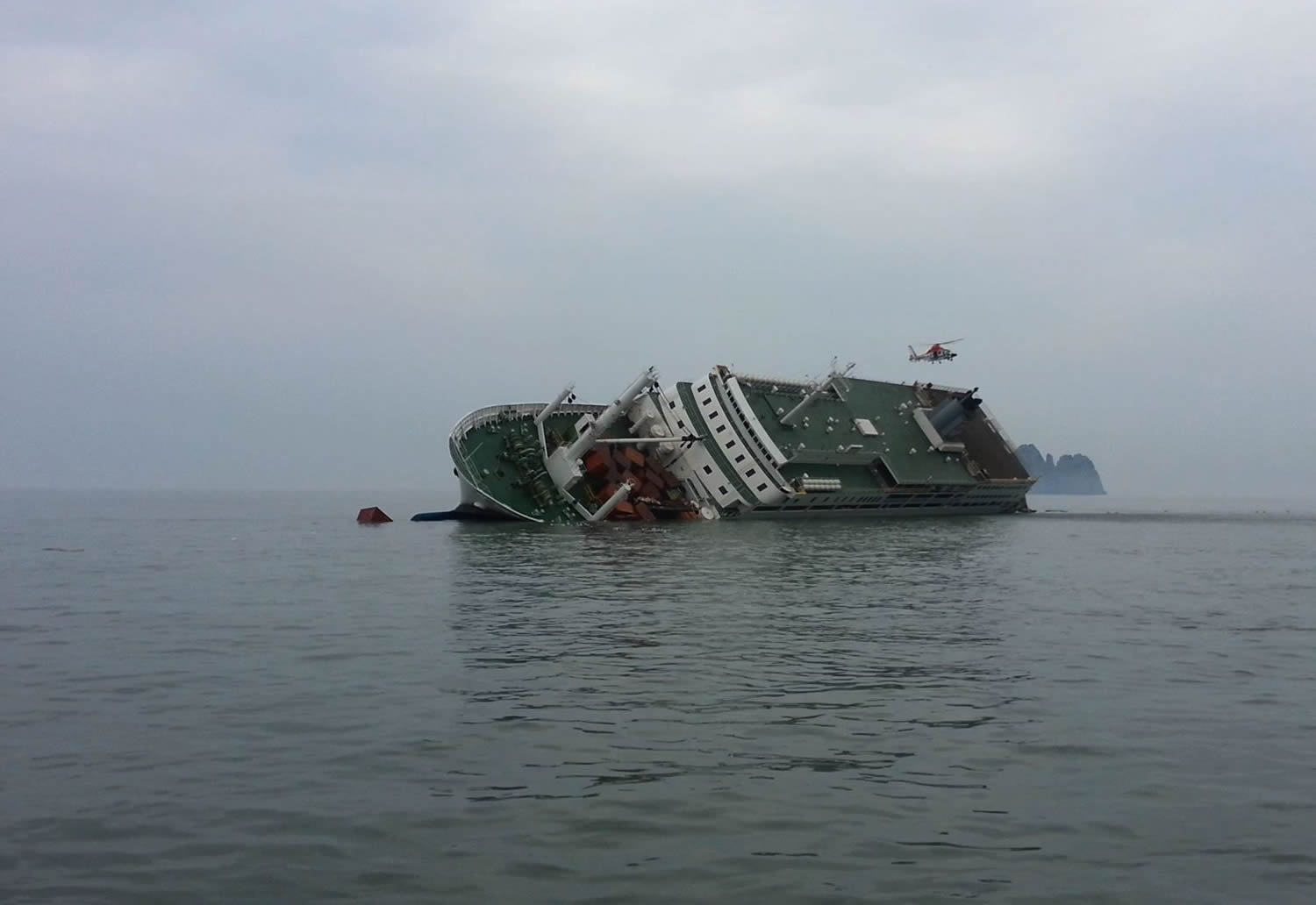 “Diving Bell” shows the Sewol sinking a nation in scandal.

Based onÂ the Sewol disaster, Lee Sang-ho and Ahn Hae-ryong’s polemic documentary has not found favour with the South Korean government that it so criticises. After the 2014 Busan International Film Festival premiered “Diving Bell” (aka “The Truth Shall Not Sink With Sewol”) despite vocal protests from the authorities, the Festival’s state funding is now being cut by halfâ€”and the documentary has also been excluded, under state pressure, from Koreaâ€™s major cinema chains. So I amÂ looking forward to this film, regardless of its merits, because seeing it is, in itself, a political act against censorship. 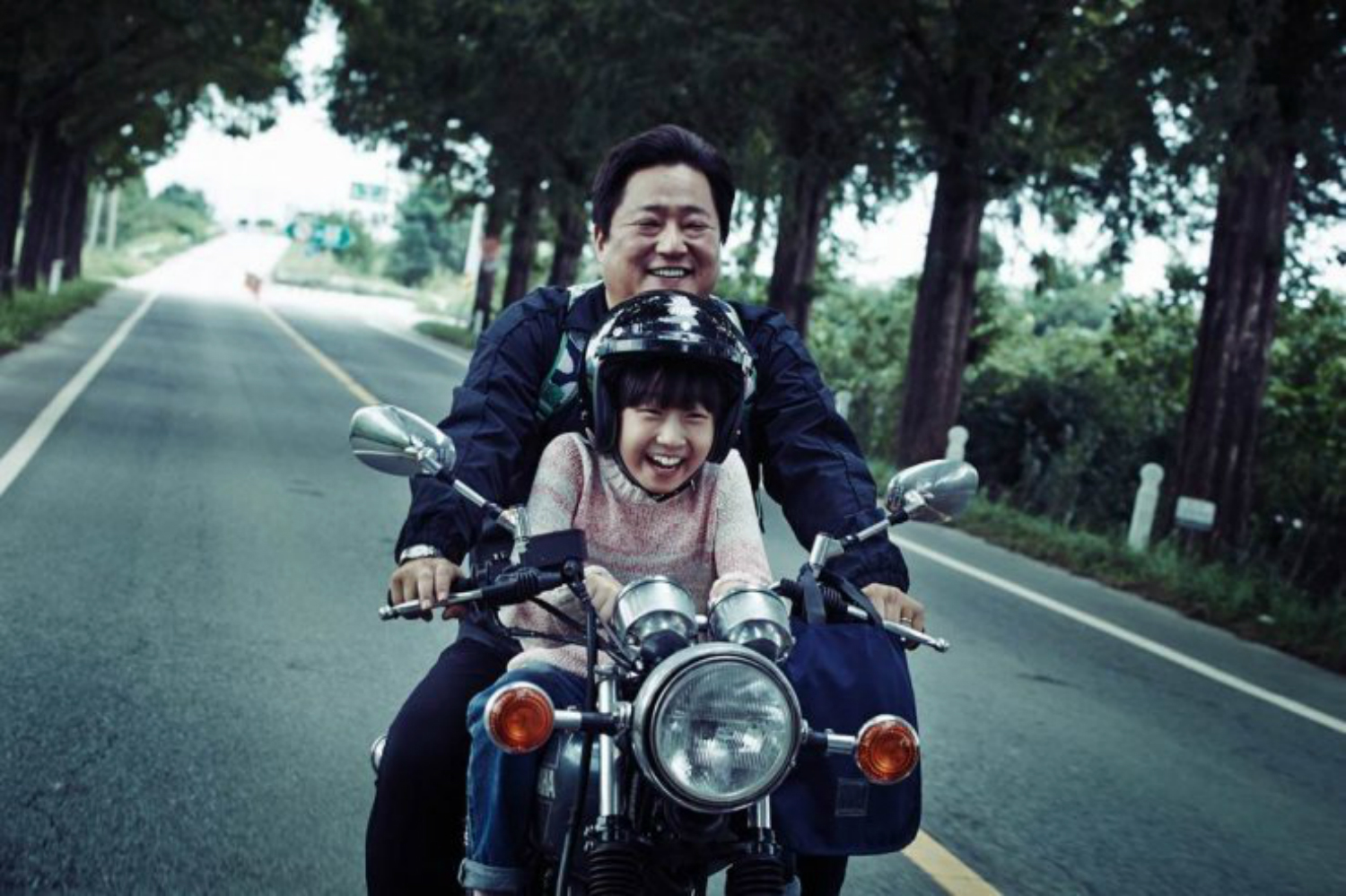 Kwak Do-won as policeman Jong-goo in “The Wailing.”

He may not be a household name, but Na Hong-jinâ€™s first two films, “The Chaser” (2008) and “The Yellow Sea” (2010), were such fully formed, socially engaged thrillers that the prospect of his third can only be exciting news. Set in the South Korean countryside, “The Wailing” is said to involve a mysterious rumour being investigated by a police detective, with help from a local shamanâ€”and according to another rumour, Japanese actor/comedian/director Takeshi “Beat” Kitano is to be prominently included in the filmâ€™s castâ€¦ 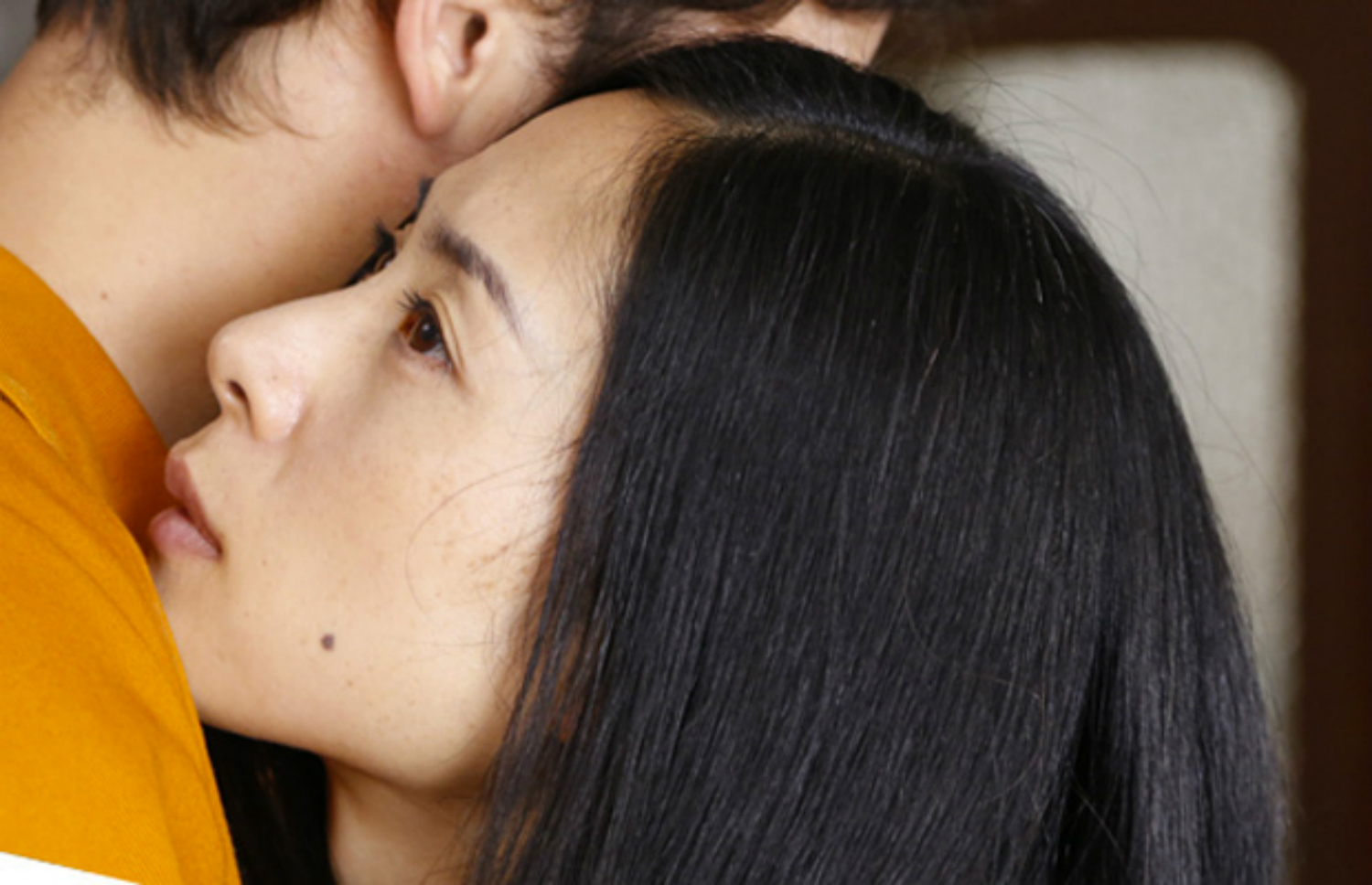 Asano Tadanobu and Fukatsu Eri as a reunited couple in “Journey to the Shore.”

Journey to the Shore

Concerned with a husband (Asano Tadanobu), supposedly lost at sea, who unexpectedly comes home to his wife after a three-year absence, “Journey to the Shore” sounds like an eccentric merger of “Move Over, Darling” (1963), “The Return of Martin Guerre” (1982) and the biography of its own writer/director. After all, for the last few years Kurosawa Kiyoshi (â€śTokyo Sonataâ€ť) has himself been missing in action from filmmaking, and his return is most welcome. This is Kiyoshiâ€™s first collaboration with Asano (my favourite living actor) since they made “Bright Future” (2003) together. Hopefully very soon that future will be fulfilled. 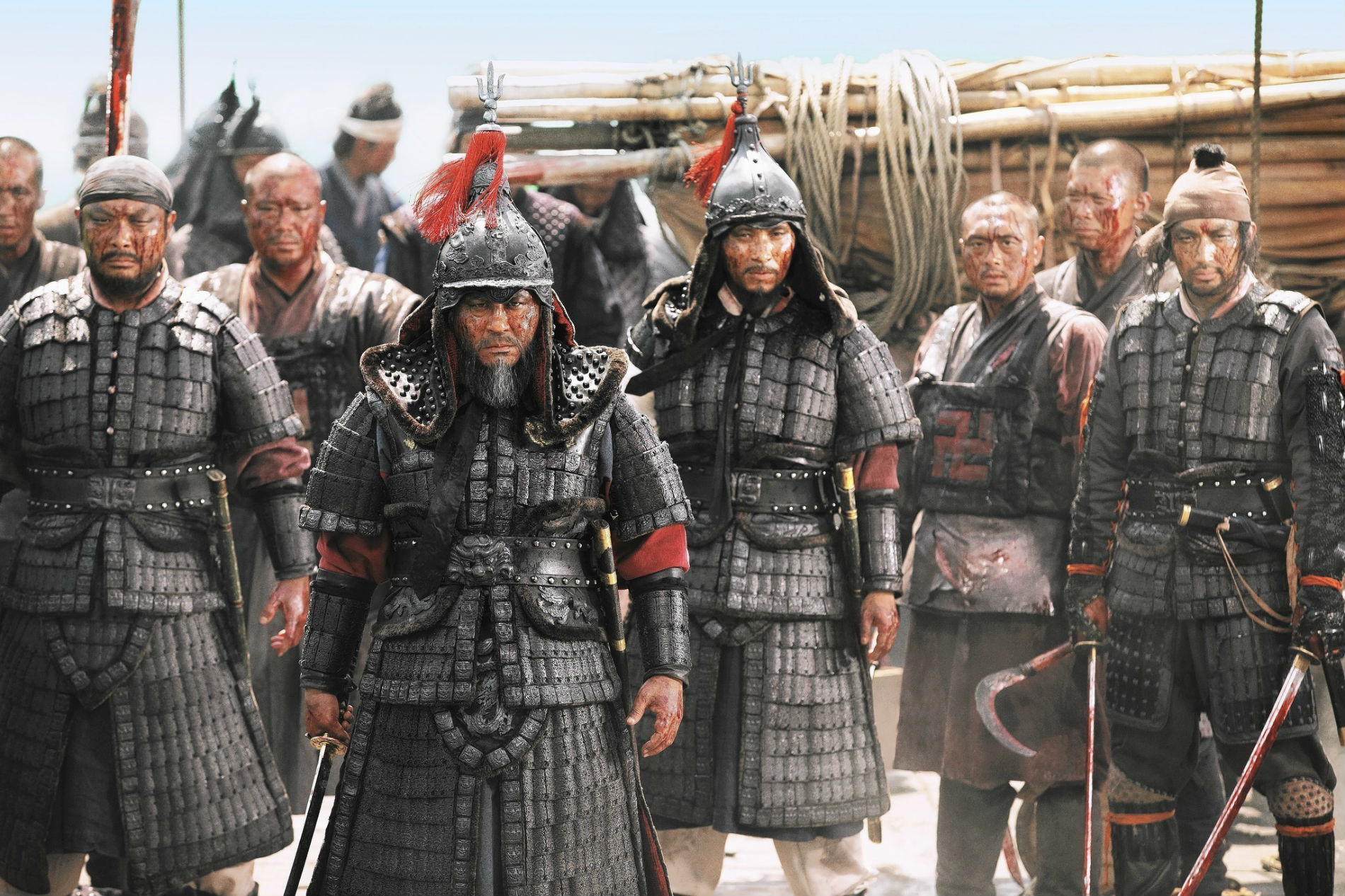 Ancient Korean forces prepare to go to war with Japan in the nationalistic actioner “The Admiral.”

Set at the end of the 16th century, but in much the same waters where, a few months before this film’s local release, the ferry MV Sewol had sunk (taking down with it 304 passengers and the stateâ€™s reputation), Kim Han-minâ€™s stirring naval epic answered the South Korean audienceâ€™s need to have their sense of nationalistic pride and competence restored. The result: it is the first Korean film to sell more than 14 million tickets domestically, and to take in more than $100 million. Sometimes you just have to believe in the box office. 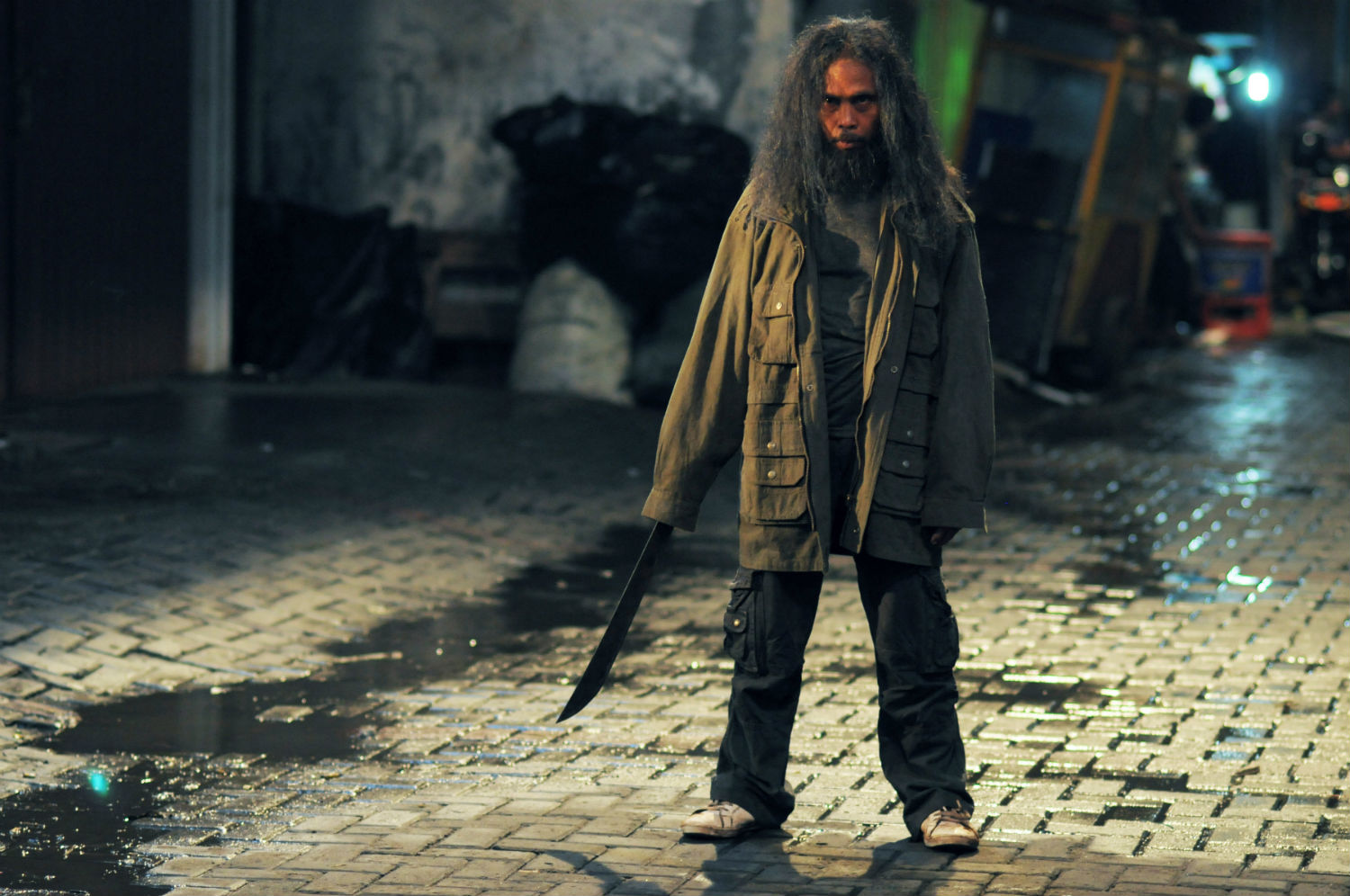 If that title alone is not enough of a sell, then consider this: “Yakuza Apocalypse” is the 81st feature from Japan’s most prolific cinematic Takashi Miike, who has previously turned his lens to gangsters many times, and to vampires occasionally, but never brought both subgenres together into blissful marriage. Add to all this that Yayan Ruhiyan (fight coordinatorâ€”and “Mad Dog”â€”from 2011â€™s “The Raid“) will be starring as a contract killer, and this may well be the revelation of 2015, putting film geeks in raptures and leaving everyone else behind. 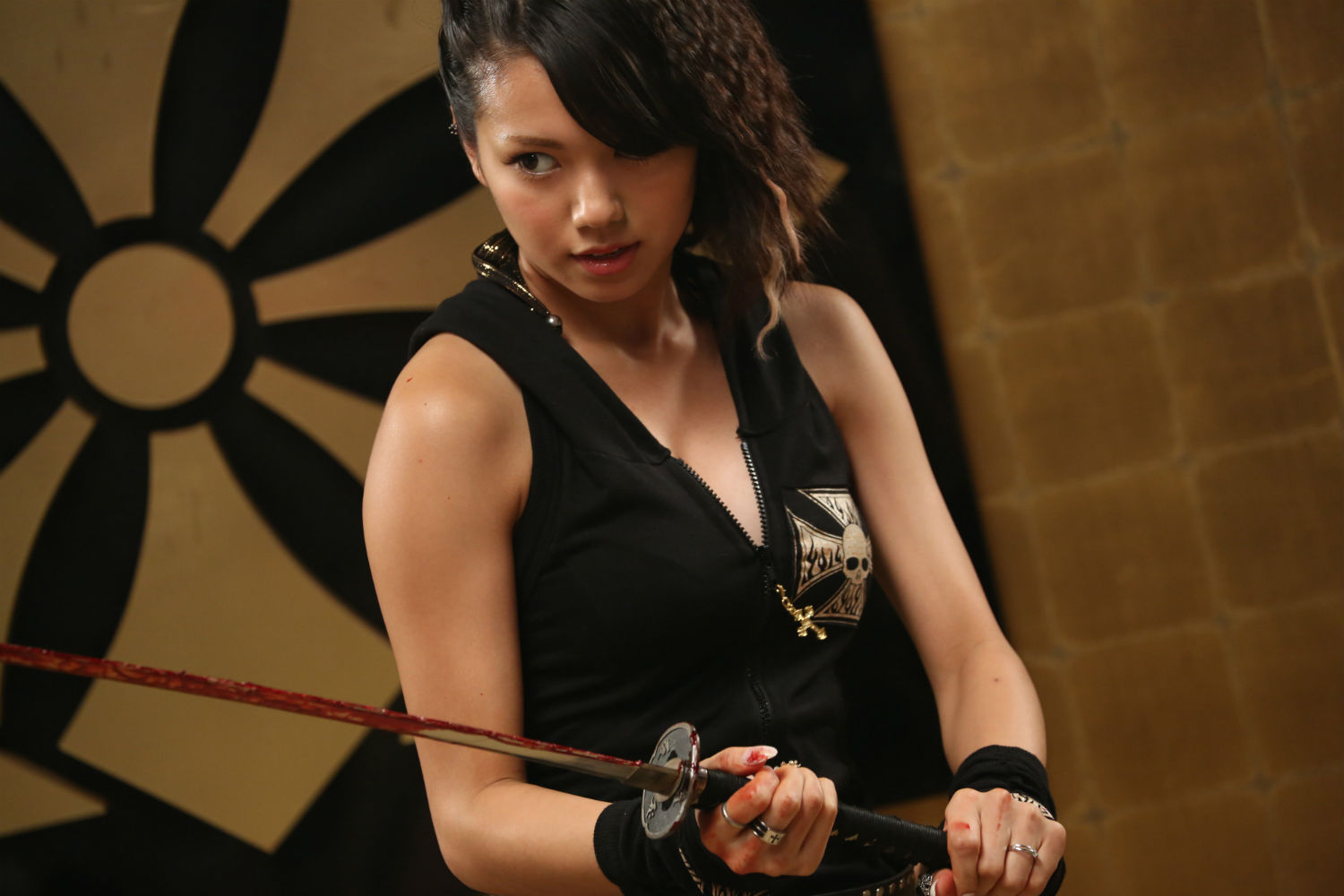 Shinjuku Swan is directed by Sono Sion (“Why Donâ€™t You Play In Hell?,” pictured).

Another prolific director from Japan, Sono Sion (“Why Don’t You Play In Hell?”) is never one to shrink from provocative material. Drawn from Ken Wakui’s 2005 manga series of the same name (which has also inspired a TV series), “Shinjuku Swan” concerns the apprenticeship of a young man in the not-so-noble profession of scouting for women to work in the sex industry. It sounds as though it might serve as a companion piece to Sonoâ€™s earlier “Guilty of Romance” (2011,) which is no bad thing.