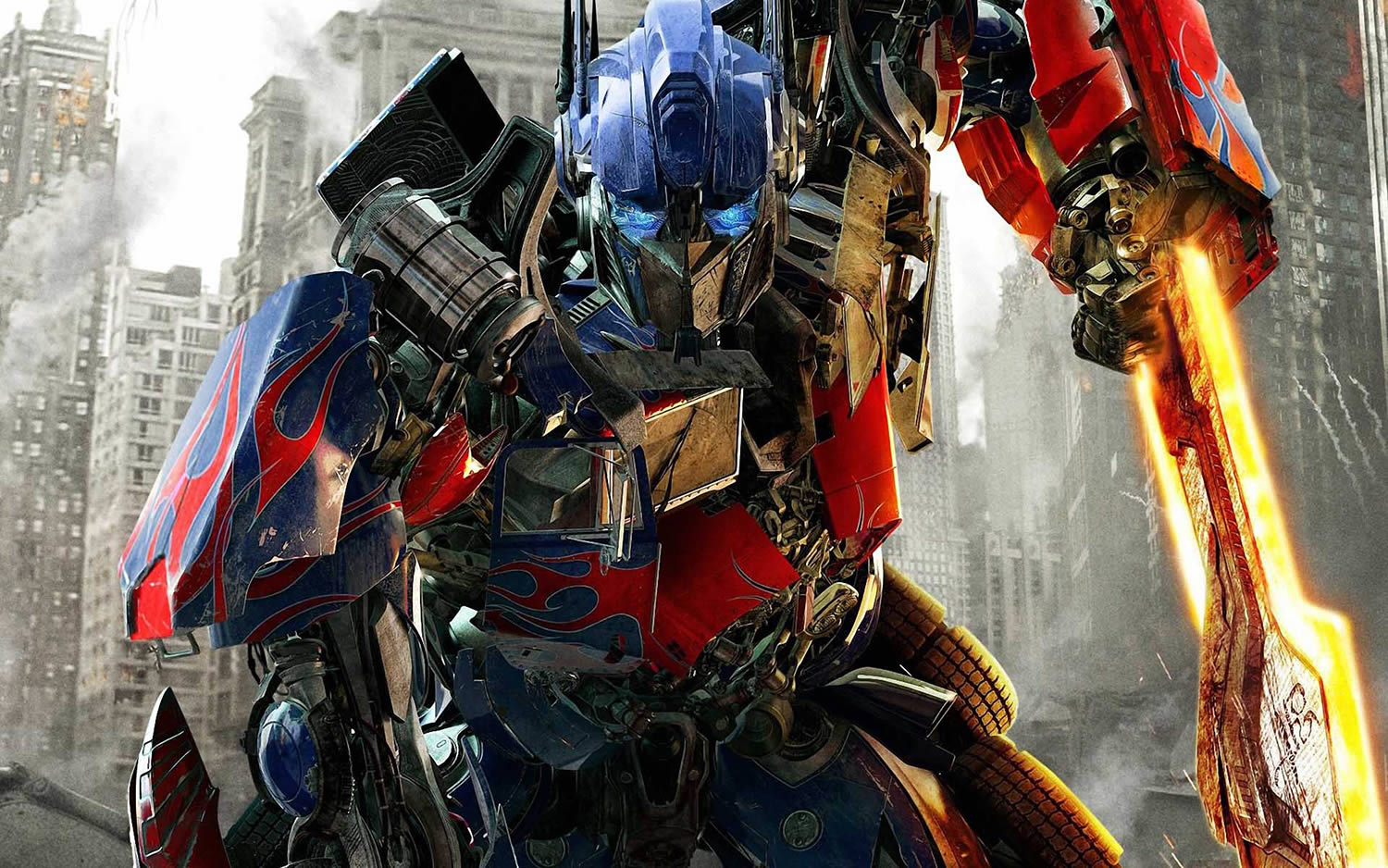 Ever since Fritz Lang‚Äôs sci-fi epic ‚ÄúMetropolis‚Äù (1927) gave the world Evil Maria, synthetic beings have reflected many of our fears and desires regarding the role of technology in society.

From the malfunctioning computer system HAL 9000 in ‚Äú2001: A Space Odyssey‚Äù (1968) to nerdy messenger C3PO (‚ÄúStar Wars‚Äù), all the way to Arnold Schwarzenegger‚Äôs naked T-800 asking a biker dude for his clothes, boots and motorcycle, audiences have a special fondness for hard-wired characters.

Here are 10 characters including robots, cyborgs and computer programs with personalities that made recent movies memorable.

Top: Optimus Prime‚Äîking of the robots in the “Transformers” movie series by Michael Bay. 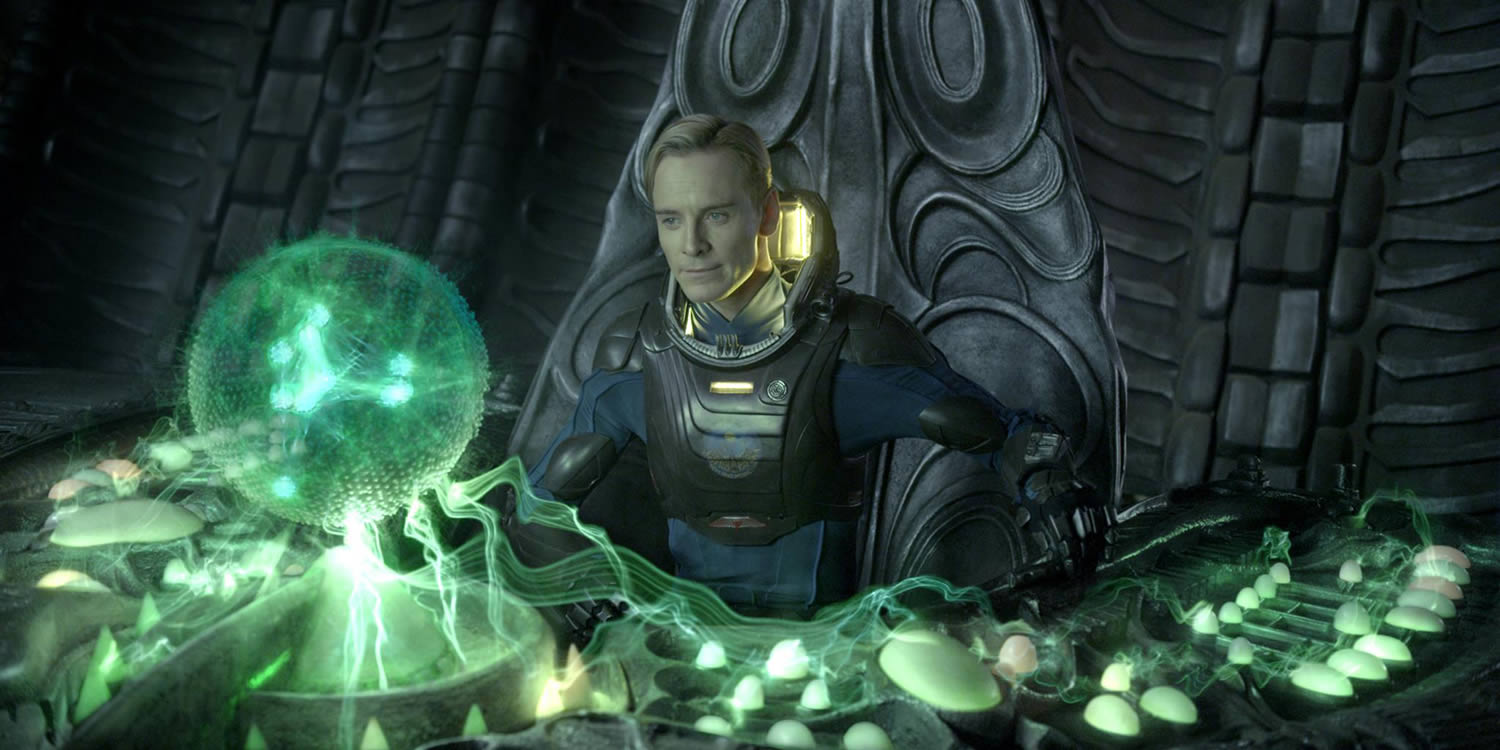 Michael Fassbender as David, the android with a secret agenda in “Prometheus.”

David is to ‚ÄúPrometheus‚Äù (2012) what Ash was to ‚ÄúAlien‚Äù (1979). Both are sneaky individuals with hidden agendas to carry out at the orders of their masters. The blonde-haired, blue-eyed, ‚ÄúLawrence of Arabia‚Äù quoting android, played brilliantly by Michael Fassbender, was the best thing in Ridley Scott‚Äôs sci-fi horror adventure. 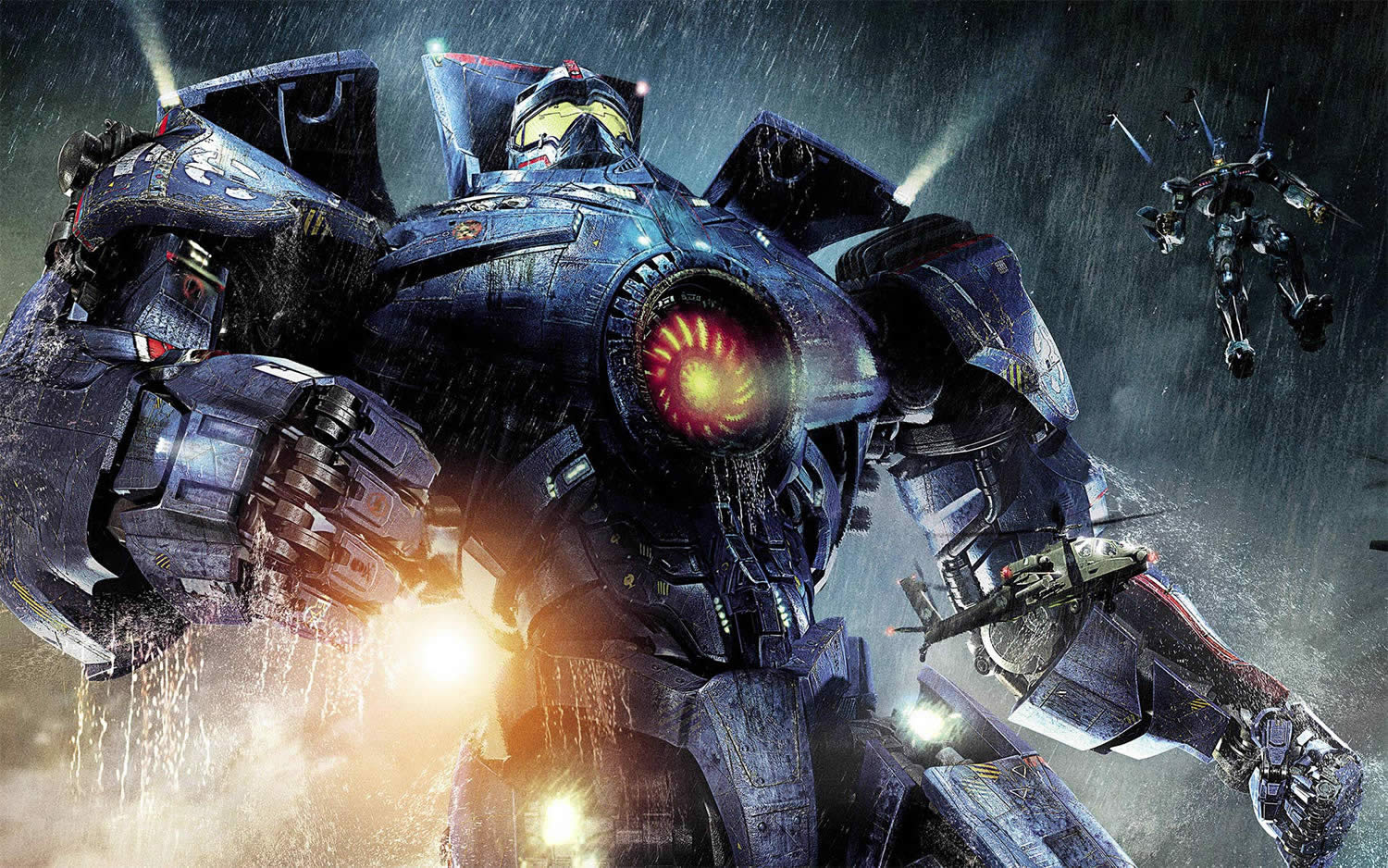 Where else but Hollywood would they fork out hundreds of millions of dollars to make a movie about giant robots fighting monsters for our entertainment? Of the Jaegers (the collective name for the robots), it was Gipsy Danger (piloted by two plucky humans) that saved the day. ‚ÄúPacific Rim‚Äù (2013) stomps all over the recent ‚ÄúGodzilla‚Äù movie. That‚Äôs an atomic fact. Deal with it. 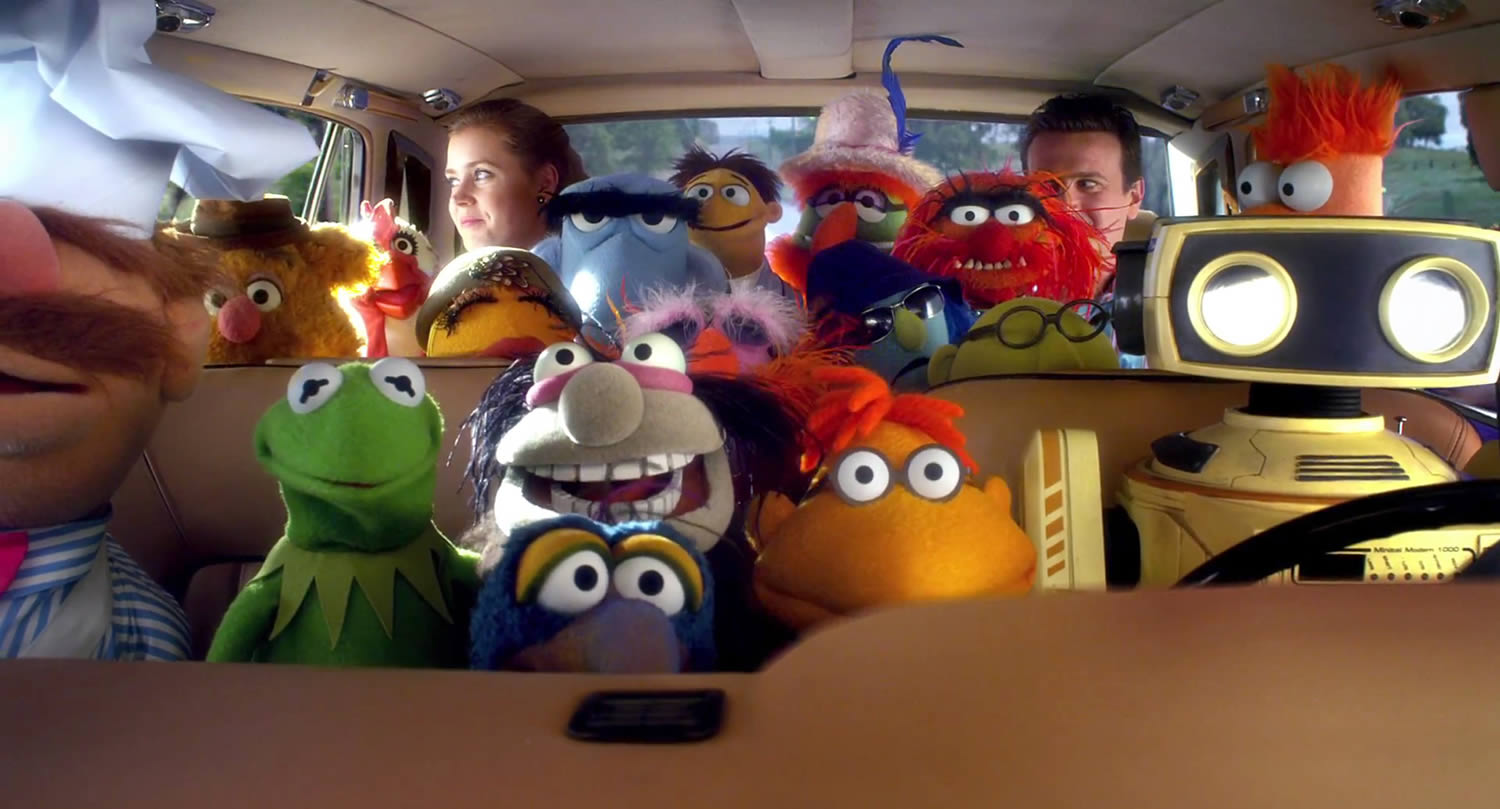 ‚Äò80s Robot drives Kermit and the Gang to Paris in “The Muppets.”

One of the funniest gags in ‚ÄúThe Muppets‚Äù (2011) involved Kermit‚Äôs endearing robo-chauffeur attempting to download a map from the Internet and causing an ungodly noise. Remember when modems did that? ‚Äò80s Robot is a wonderful new addition to the madcap world of the Muppets. 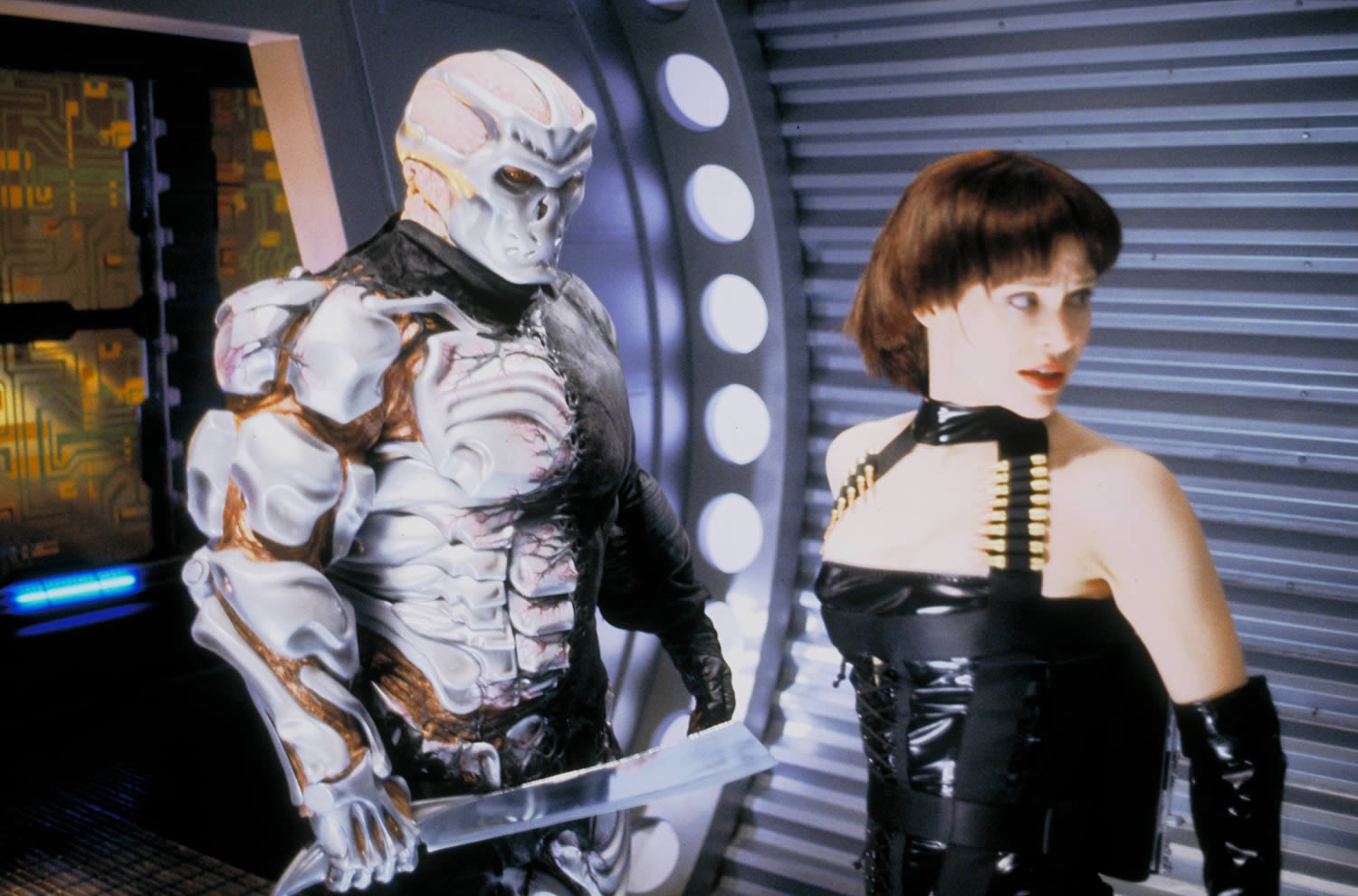 Jason Vorhees in outer space in Jason X. No, really…

Jason Vorhees has appeared in 3D. So what? He took Manhattan in 1989‚Äôs ‚ÄúFriday the 13th Part VIII: Jason Takes Manhattan.‚Äù Yeah, and? He fought Freddy Krueger, too, but that was after he was blasted into outer space and became Mecha Jason in ‚ÄúJason X‚Äù (2001). Okay, it was Uber Jason, but Mecha Jason sounds way cooler. Turning Mr. Vorhees into a cyborg was the moment the series jumped the shark. No, wait a minute, the series was always utterly ridiculous. 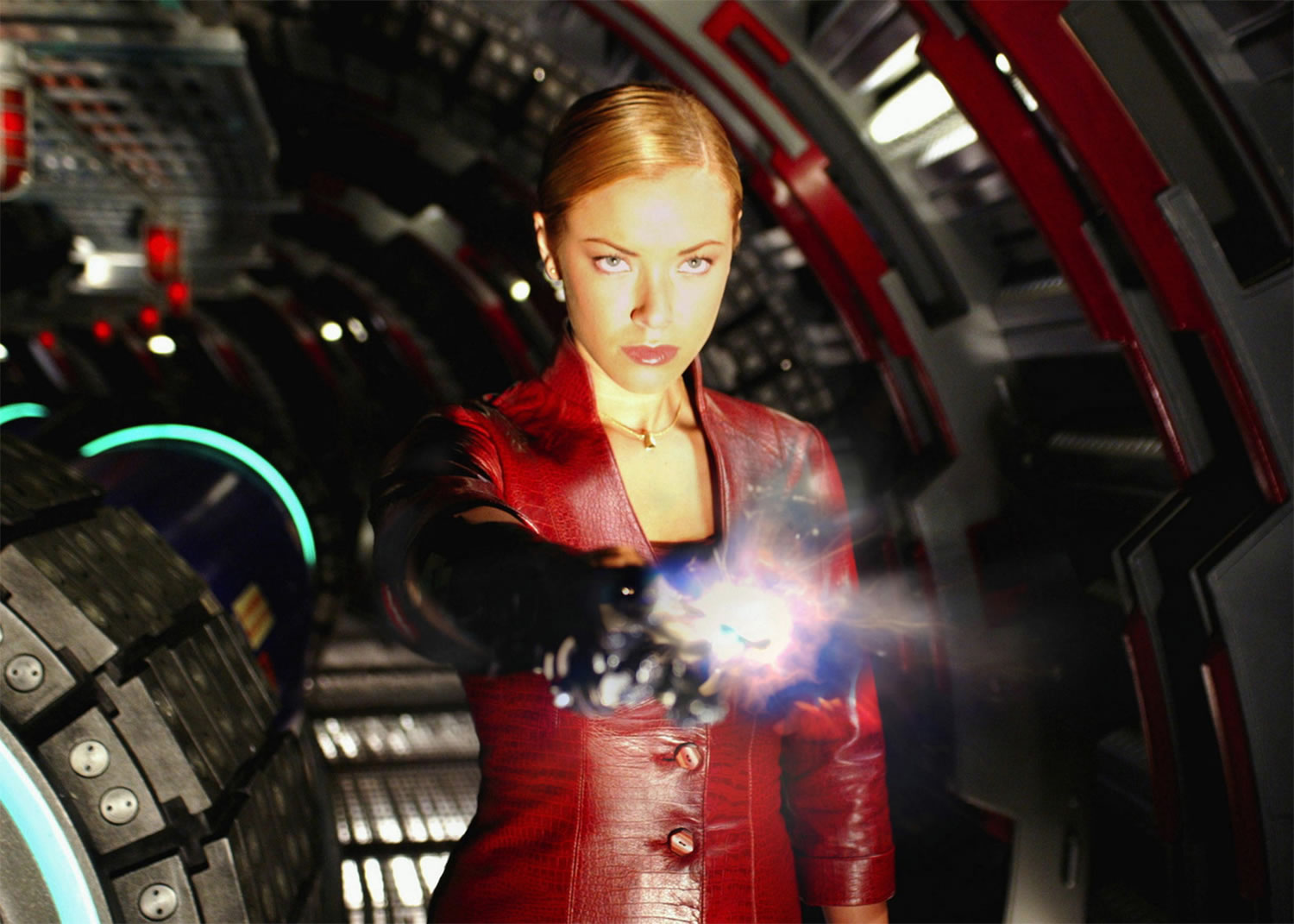 Kristanna Lokken is the ultimate femme metale as T-X in “Terminator: Rise of the Machines.”

T-X (short for Terminatrix) was a nice twist on the gender dynamics of ‚ÄúThe Terminator‚Äù series. Now, it was a hot robot lady (played by Kristanna Lokken) coming to kill John Connor and all he loved. T-X was like an upgraded T-1000‚Äîshe could mimic anything and anybody and was super nifty when fighting T-850 (Arnie) and others. 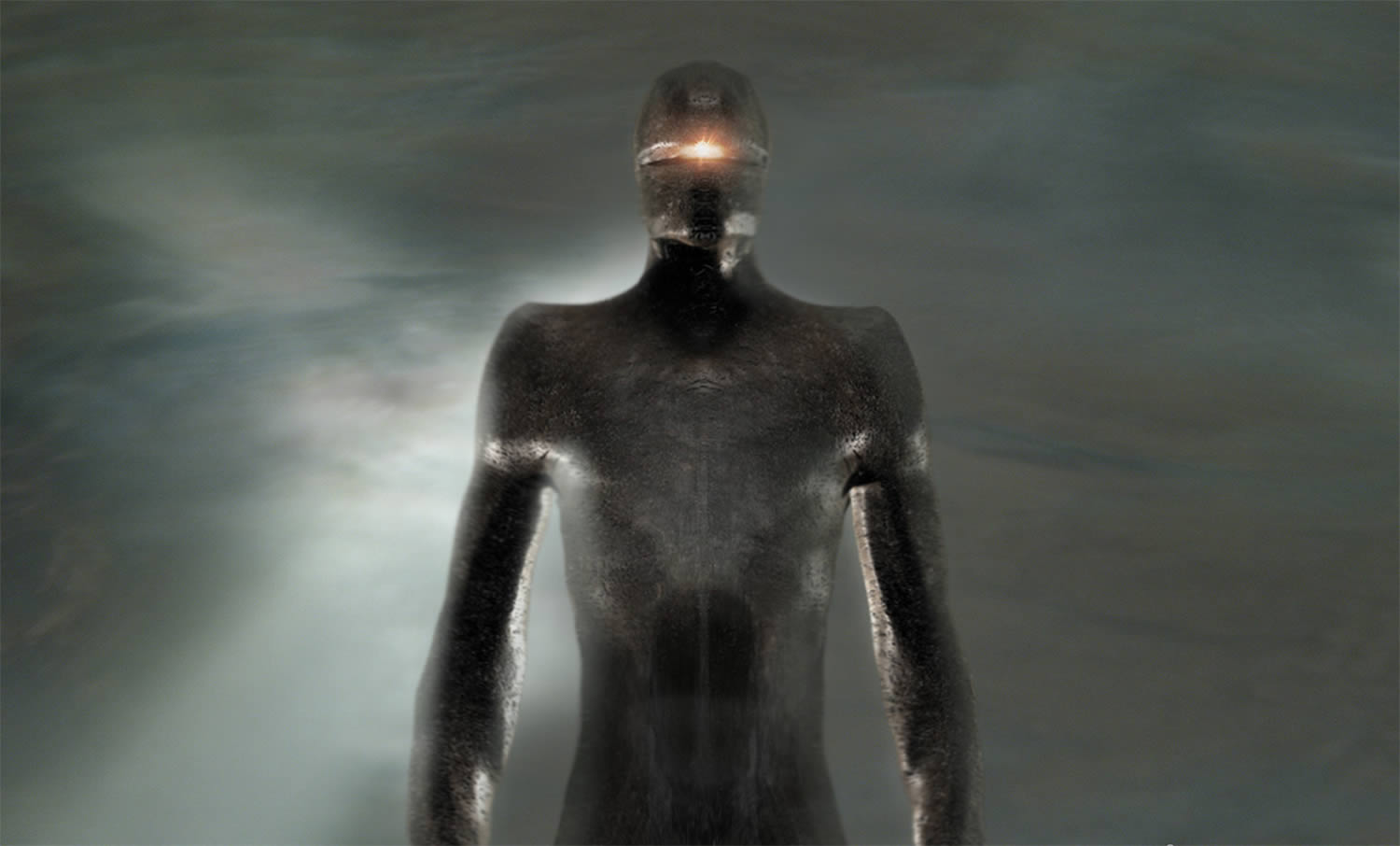 Gort 2.0 got a major upgrade in the remake of “The Day the Earth Stood Still.” Concept art by/¬© Aaron Sims.

The iconic robot from outer space became a far more menacing figure in the remake of ‚ÄúThe Day the Earth Stood Still.‚Äù In the original, loveable Gort was played by 7ft 7in actor, Lock Martin. In Scott Derrickson‚Äôs 2008 Keanu Reeves vehicle, Gort 2.0 is upgraded to a 27ft tall, fully CG, megadroid of death. “Klaatu Barada Necktie!” 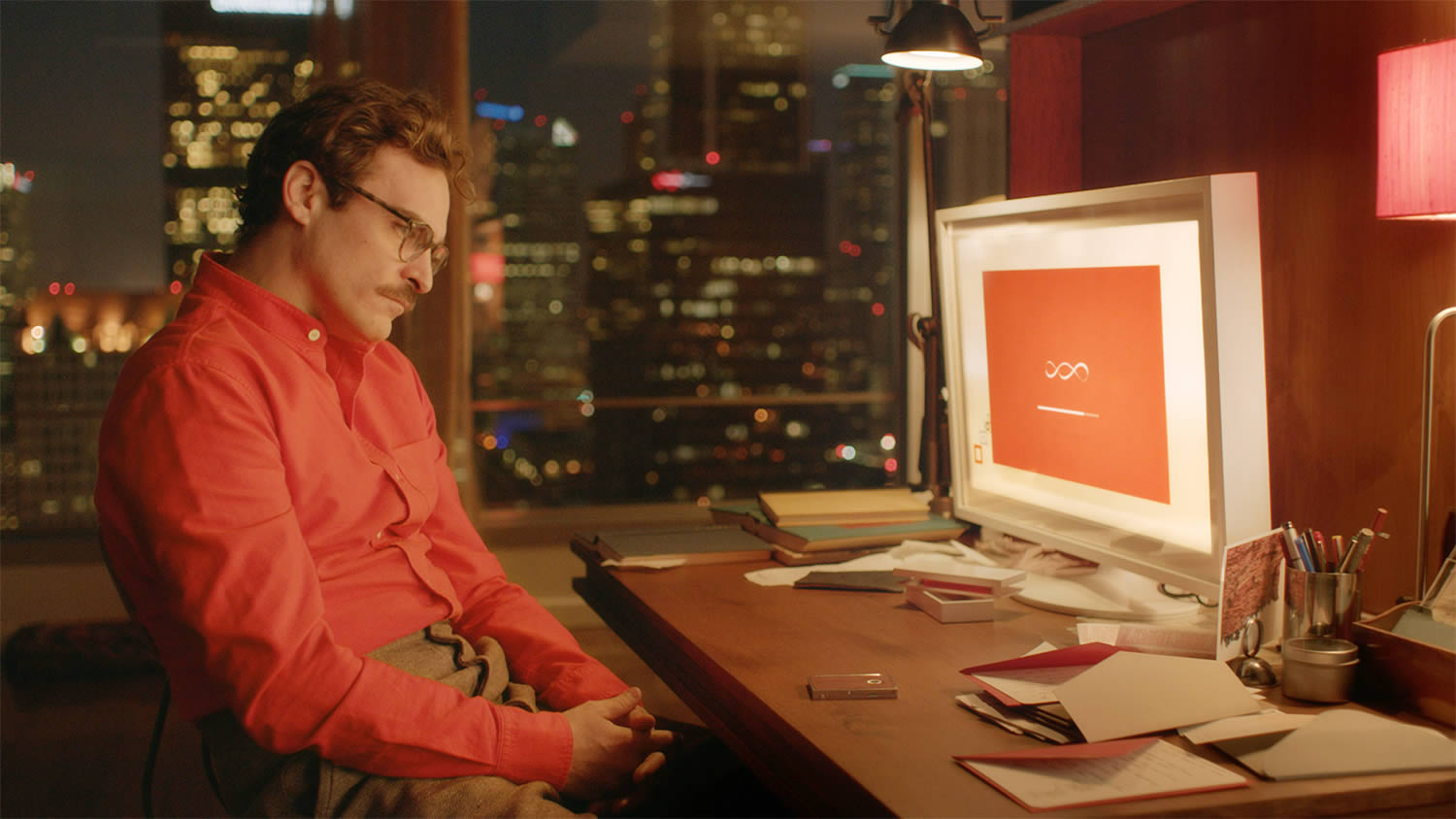 In Spike Jonze’s “Her,” a sad sack dude falls in love with his computer‚Äôs operating system. It‚Äôs beautiful.

Computer programs are often depicted as menacing control freaks. HAL 3000 (‚Äú2001: A Space Odyssey‚Äù) and Proteus IV in ‚ÄúDemon Seed‚Äù (1977), spring to mind. But what would happen if you fell in love with your PC‚Äôs operating system? Samantha (voiced by Scarlett Johansson) turned your everyday household computer into a sex object and love interest. 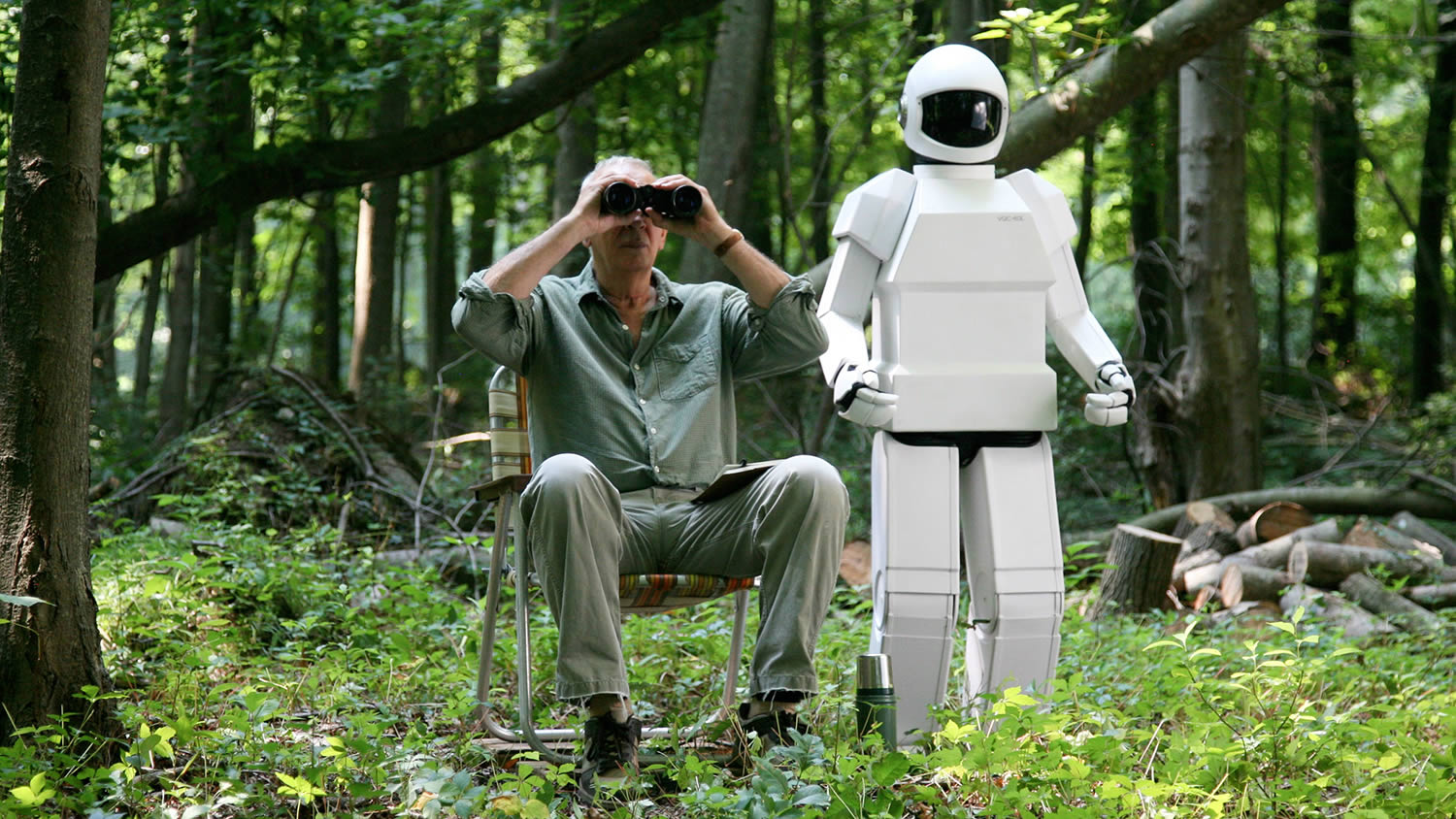 Jake Schreier‚Äôs comedy-drama about an ageing, former thief (Frank Langella) with dementia pulling a heist or two with his new robot helper (voiced by Peter Sarsgaard) is the definition of an “indie gem.” Fun fact: Robot was created by Alterian, who also designed costumes for Daft Punk. 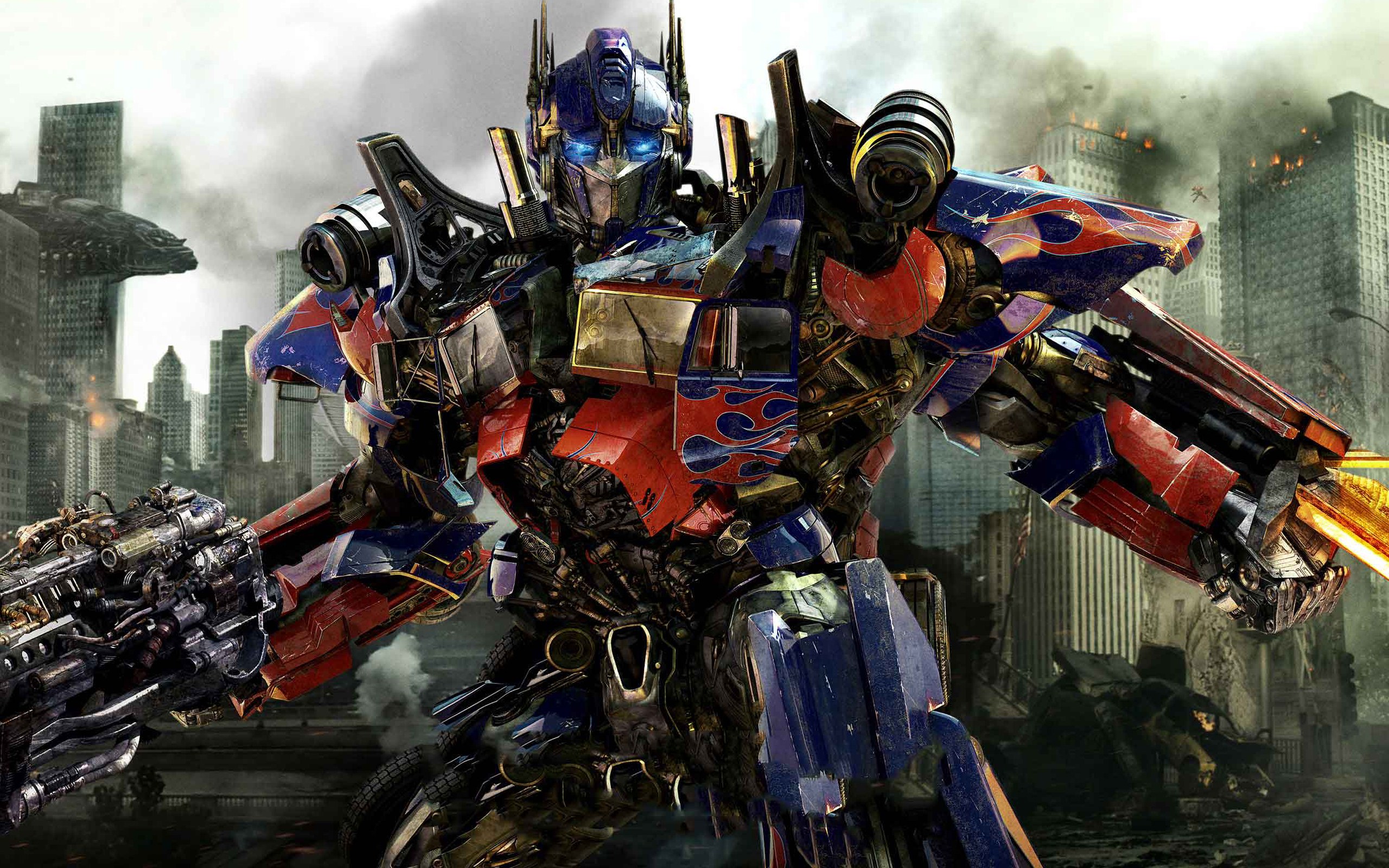 “Transformers” brought the beloved cartoon and toy characters to live on the big screen.

Hollywood will make billion dollar franchises from absolutely anything. Including a popular 1980s toys range and old cartoon series. Everybody loves Optimus Prime, right? He‚Äôs king of the robots when it comes to the epic galactic battles between the Autobots and the Decepticons. There was something kind of awesome about seeing Prime on the big screen. 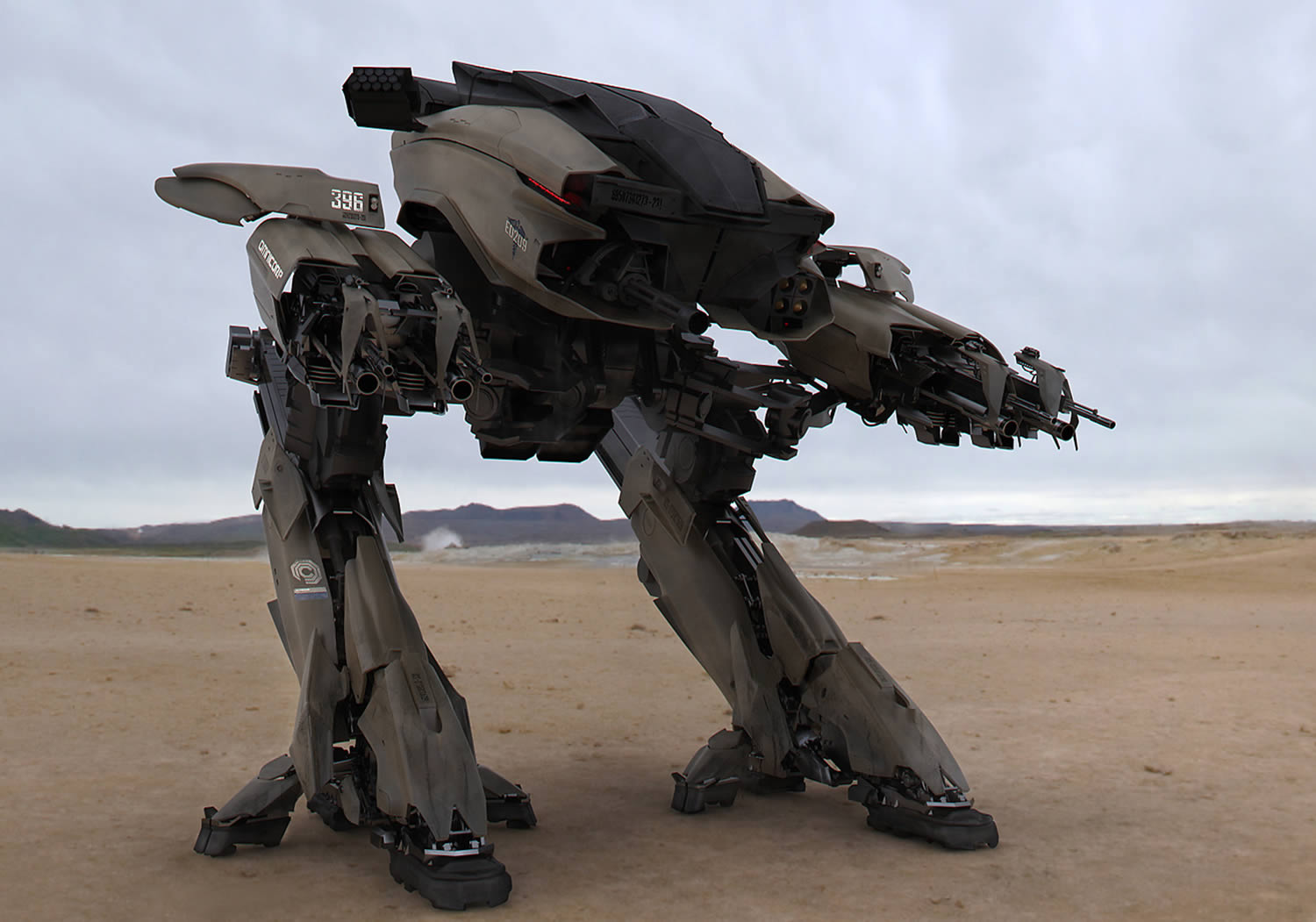 ED-209 looking awesome in a production still from “RoboCop.”

Enforcement Droid Series 209, ED-209 for short, became an icon the moment he shot a poor schmo executive to pieces in the boardroom of OCP in ‚ÄúRoboCop‚Äù (1987). Like Alex Murphy/RoboCop, for the remake, ED was controversially redesigned to keep up with today‚Äôs technological advances and became part of a unit that Robo had to fight against.