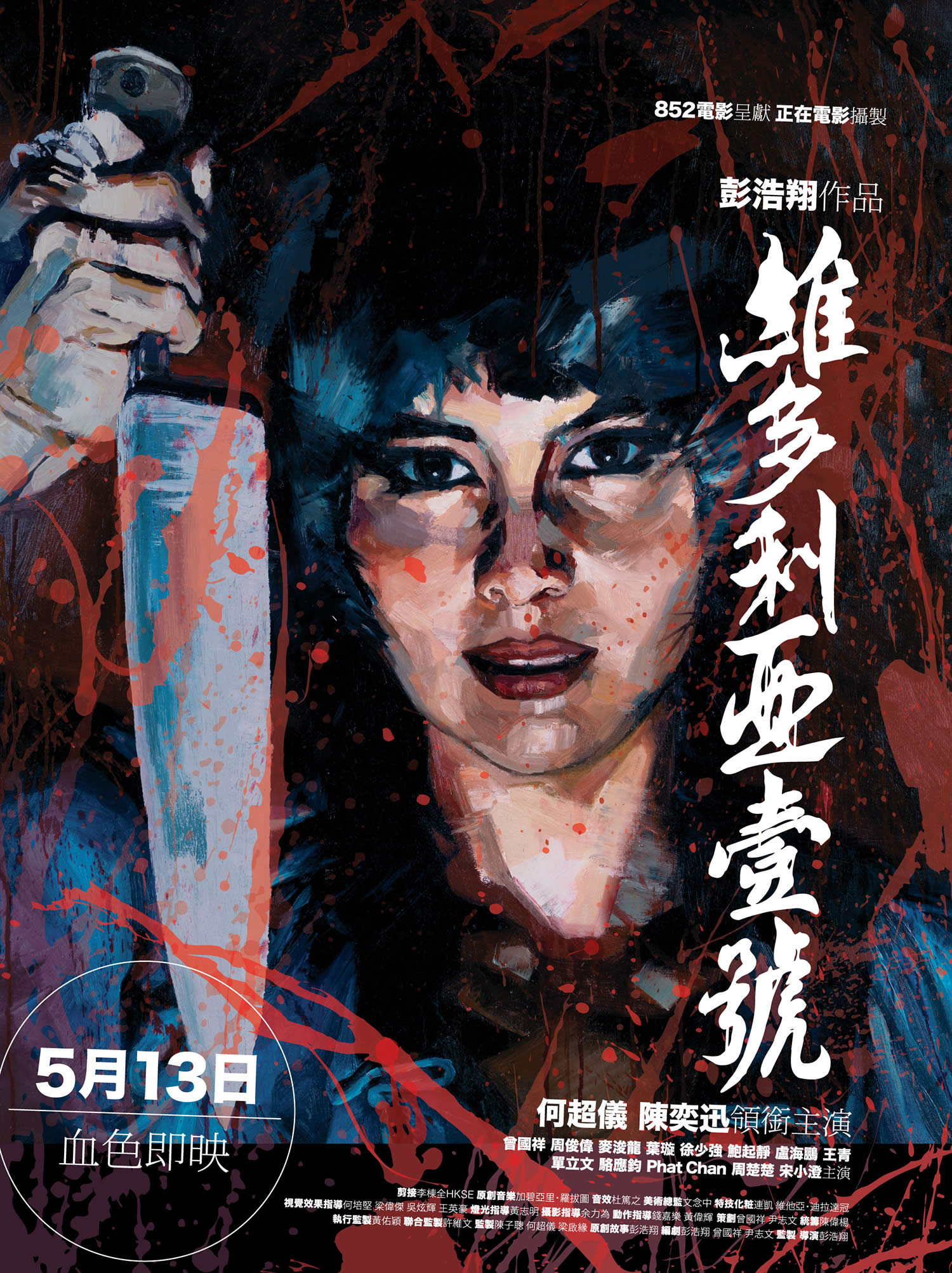 Serial killers and mass murderers have been terrifying filmgoers for almost as long as moving pictures have existed. There is something about getting inside the mind of a killer that is both compelling and repulsive and it is this friction that makes them such fascinating screen presences.

From Peter Lorre‚Äôs chilling yet pathetic turn as a child murderer in Fritz Lang‚Äôs ‚ÄúM‚Äù to Anthony Hopkin‚Äôs exaggerated portrayal as Hannibal Lecter, cinema is littered with unforgettable performances and indelible characters that have transcended the medium. 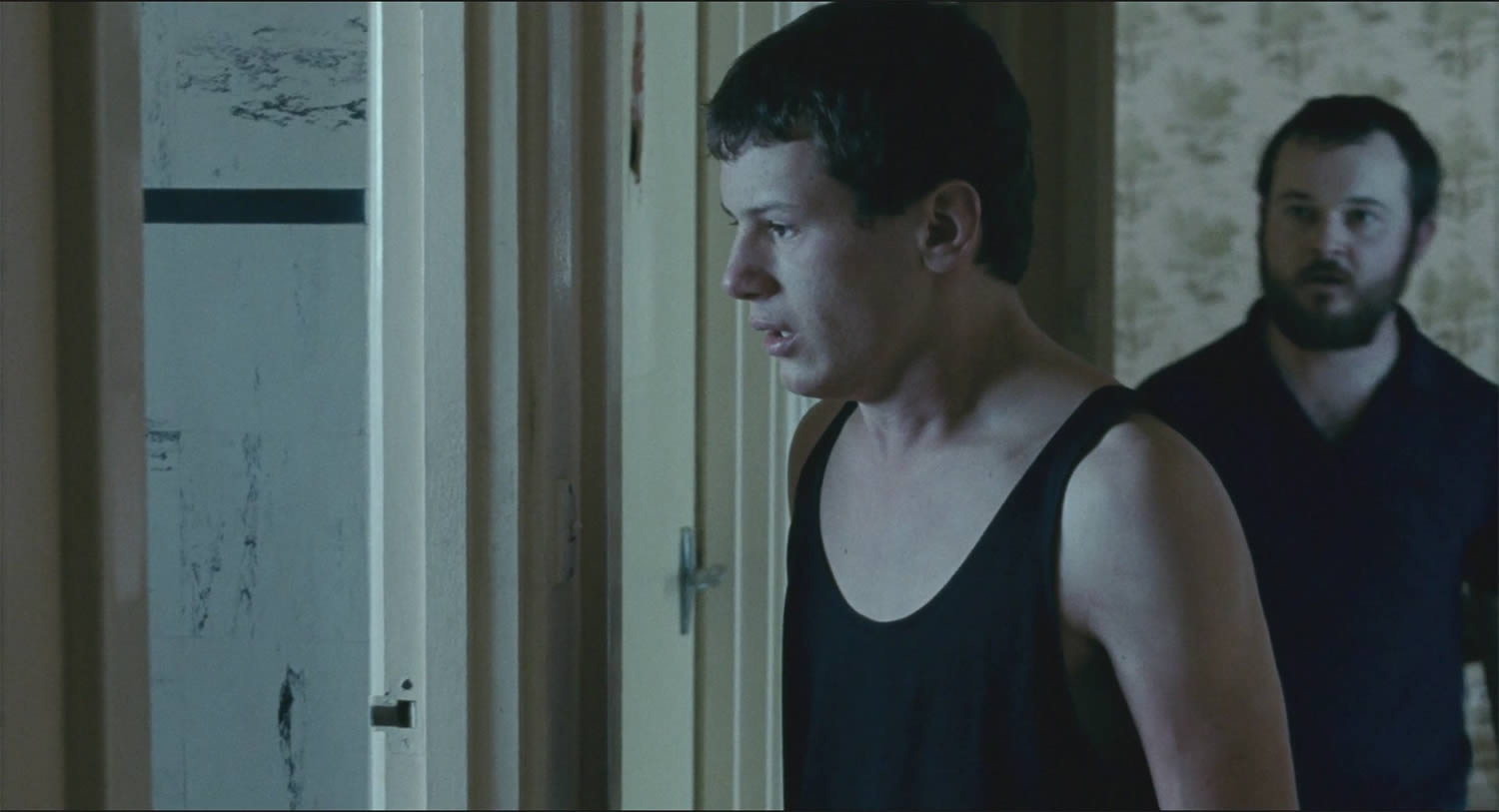 More real-life horror in Justin Kerzel‚Äôs ‚ÄúSnowtown,‚Äù a film that chronicles one of Australia‚Äôs most notorious killers‚ÄîJohn Bunting. In the drab, poverty-stricken suburbs of Adelaide, a charismatic Bunting wormed his way into the lives of bored and frustrated youths, infecting them with his twisted world view as he involved them in murder and torture.

Deliberately paced and dripping in palpable foreboding, ‚ÄúSnowtown‚Äù brilliantly captures the banality of evil that lurks beneath the surface. Daniel Henshall‚Äôs performance as the ruthless ringleader is nothing short of mesmerizing while the discordant soundtrack and bleak cinematography conveys the film‚Äôs sheer hopelessness. 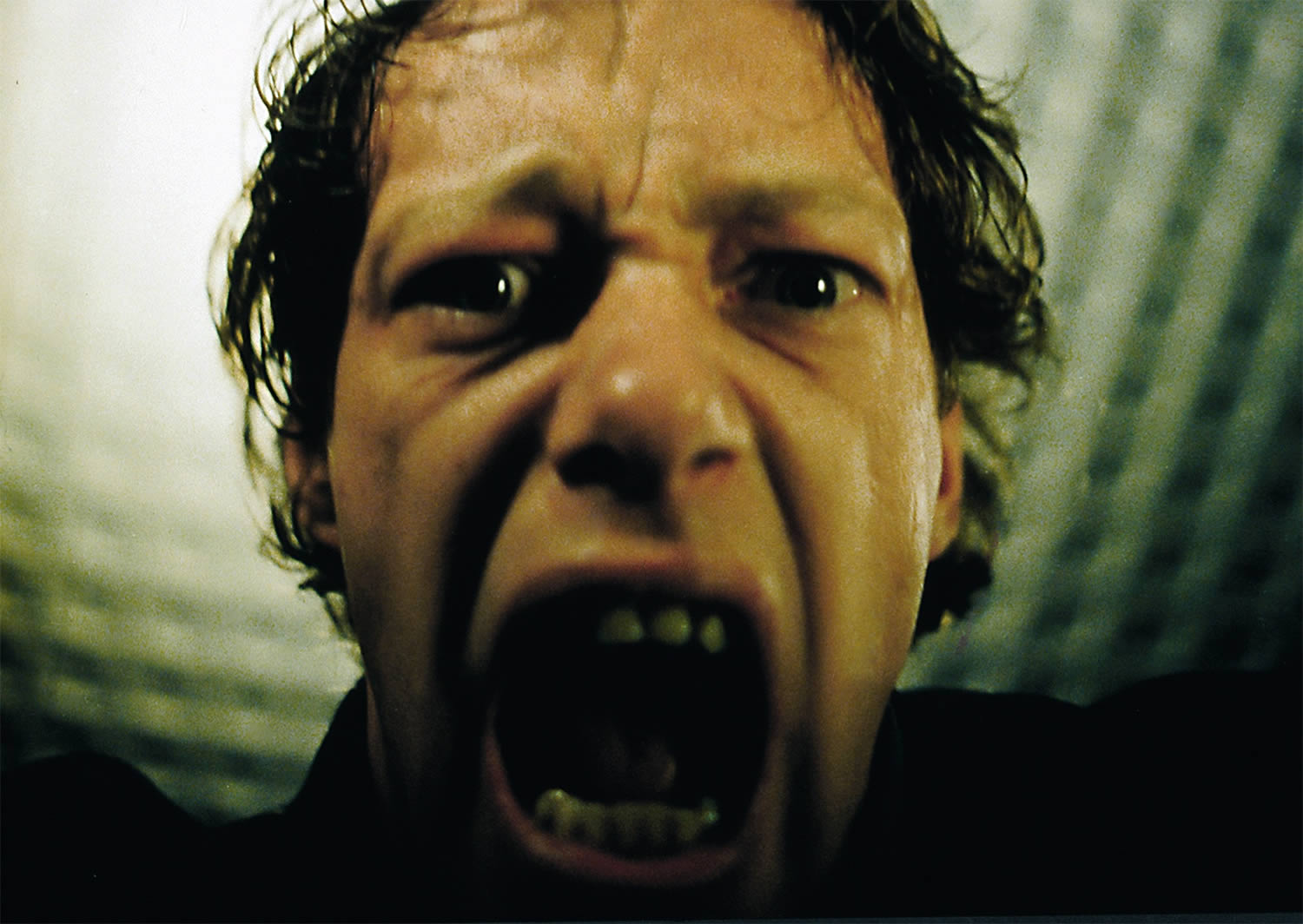 Gerald Kargl‚Äôs ‚ÄúAngst‚Äù is undoubtedly one of the most disturbing and visceral glimpses inside the mind of a killer ever committed to film. Erwin Leder stars as a ruthless murderer recently released from prison whose desire to kill again emerges as soon as he leaves the prison gates.

Few films manage to chillingly place the audience inside the deranged mind of a killer. Via the film‚Äôs subversive narration and woozy cinematographer, the audience is immediately locked inside the head of its murderous protagonist and unable to escape as he plans his next killing. ‚ÄúAngst‚Äù is a shocking and unshakable experience.

Zelda Rubinstein‚Äôs performance as the controlling mother is worth the price of admission alone.

‚ÄúAnguish‚Äù is a provocative and experimental slasher about a momma‚Äôs boy who is driven to kill by his domineering mother. Beginning with a health warning alerting the audience to subliminal messages and the possibility of mild hypnosis, the film smartly plays with both the viewer and genre convention.

The film, structured as a film-within-a-film, blurs realities to a dizzying degree as characters from ‚ÄúAnguish‚Äù escape into a movie theatre and terrorize the poor unsuspecting customers. Featuring fourth-wall breaking and illogical plot developments, ‚ÄúAnguish‚Äù is a deliberately disorienting experience that keeps the audience on their toes. 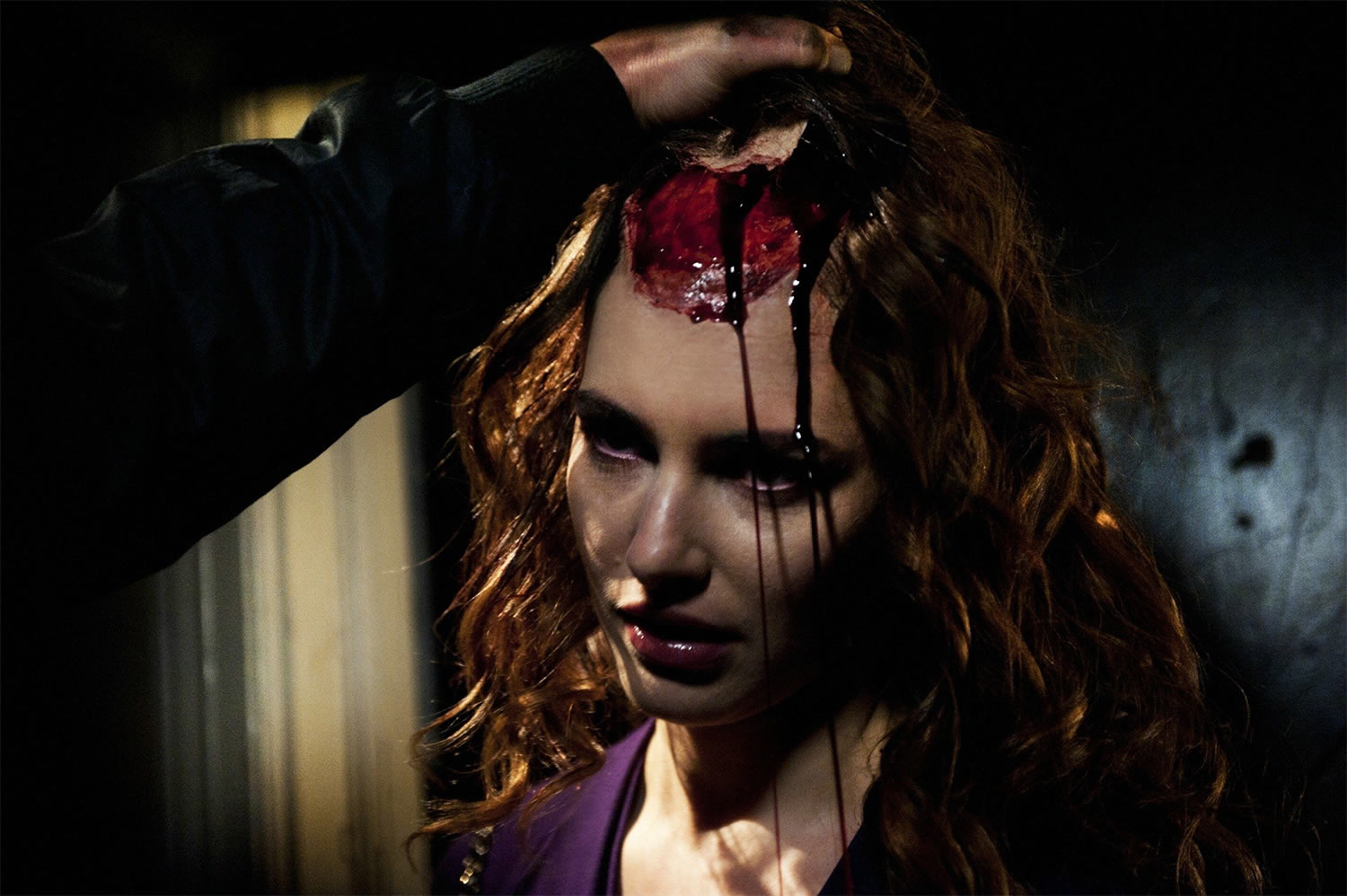 A rare example of a good recent remake.

As modern remakes go, Franck Khalfoun‚Äôs adaptation of William Lustig‚Äôs grimy 1980 slasher is one of the better examples. Transporting the story from sleazy New York to a neon Los Angeles, ‚ÄúManiac‚Äù is a stylish thriller about Frank, a killer intent on expanding his creepy mannequin collection.

The film‚Äôs novel point of view, turning the camera into the eyes of the killer, makes for a disquieting experiencing as the audience becomes complicit in the thoughts and actions of the deranged protagonist. Elijah Wood may not be an obvious candidate to play a killer, but he makes Frank both frightening and tragic. 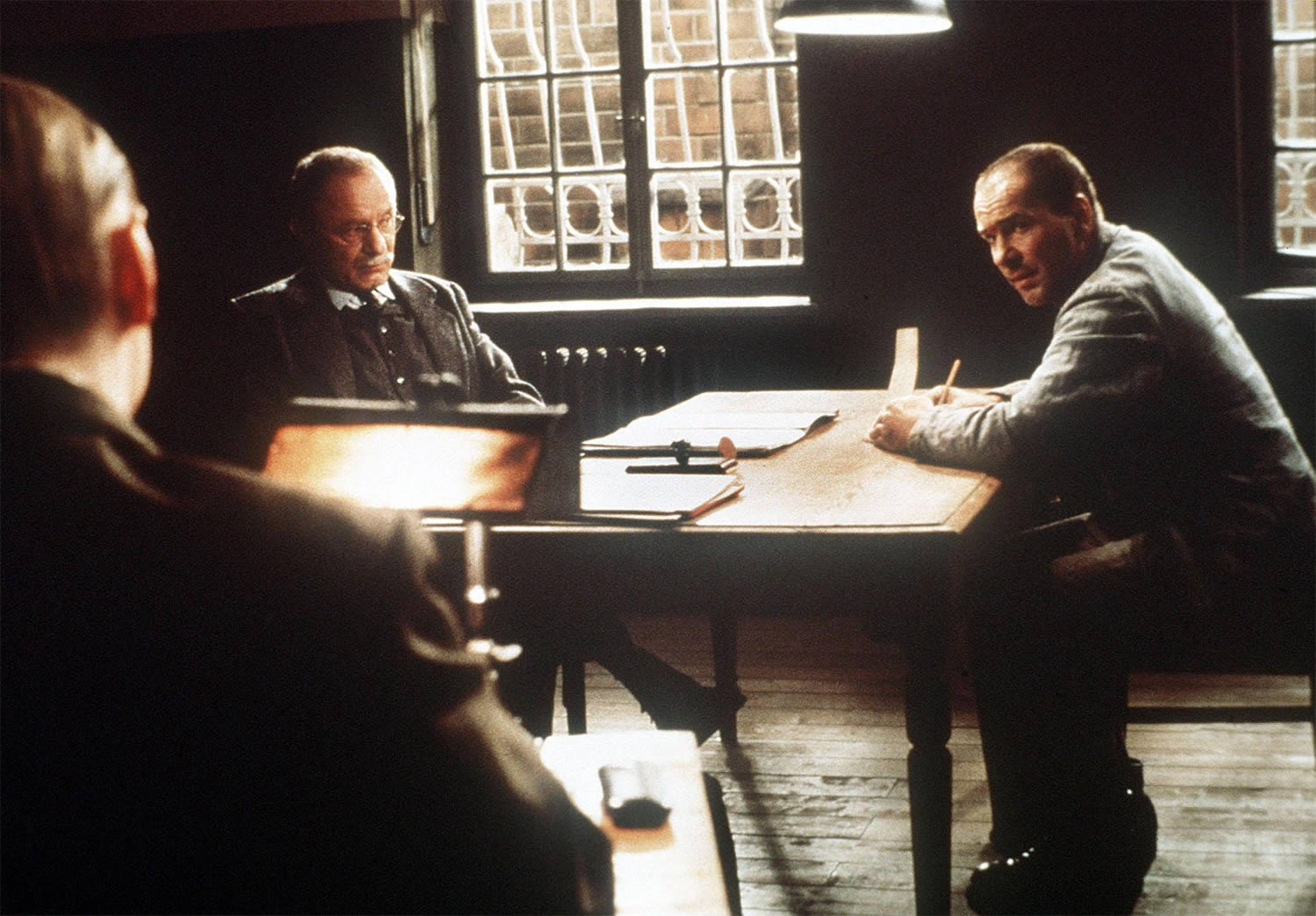 ‚ÄúThe Deathmaker‚Äù is the disturbing true story of Fritz Haarmann, a German serial killer responsible for the murders of 27 boys in the 1920s. Based on the actual transcript records between Haarmann and a psychiatrist hired to determine his sanity, this is a claustrophobic and unsettling insight into the mind of one of Europe‚Äôs most notorious¬Ýkillers.

Confined to a single location, the film makes great use of its intimate and suffocating setting as the mind games between doctor and killer slowly play out. G√∂tz George is frighteningly believable as Haarmann, as he transforms from a pathetic and pitiable child into an unrepentant monster.

Finding your dream home can be murder.

Ho-Cheung Pang‚Äôs ‚ÄúDream Home‚Äù is a bloody Hong Kong horror with a satirical twist. Cheng is a woman desperate to get on the property ladder in one of the most competitive and expensive cities in the world. Driven by a childhood obsession she goes to extreme lengths to get the apartment of her dreams by killing other tenants and driving the property price down in the process.

While the film lightly satirizes modern material-driven values, ‚ÄúDream Home‚Äù is a gloriously violent movie that doesn‚Äôt shy away from gushing arteries and spilled intestines. 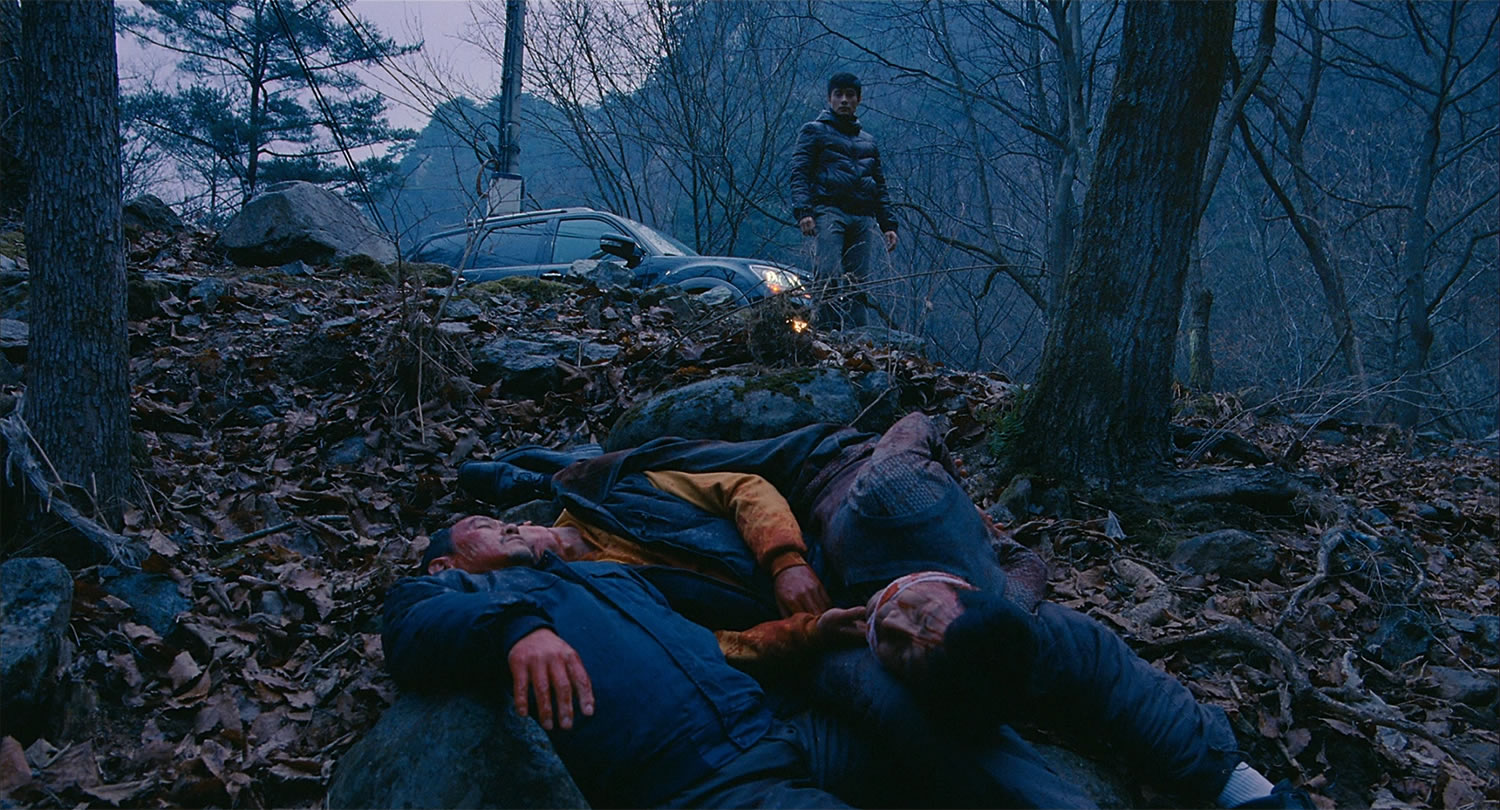 Bleak and brutal, “I Saw the Devil” is one of the darkest revenge thrillers in years.

I Saw the Devil

Kim Jee-woon’s dark and graphic, ‚ÄúI Saw the Devil,‚Äù is an extreme revenge thriller from South Korea as a predatory killer becomes the hunted. Exploring the moral descent of an ordinary man driven to extreme lengths for retribution, Jee-woon‚Äôs film is gloomy and unrelenting.

Featuring brutal and unflinching violence the movie is not for the squeamish, but it manages to explore interesting moral questions while turning the tables on a ruthless psychopath who finds himself hounded and tortured like one of his victims. It‚Äôs a film that will leave you feeling drained and empty come its grueling finale. 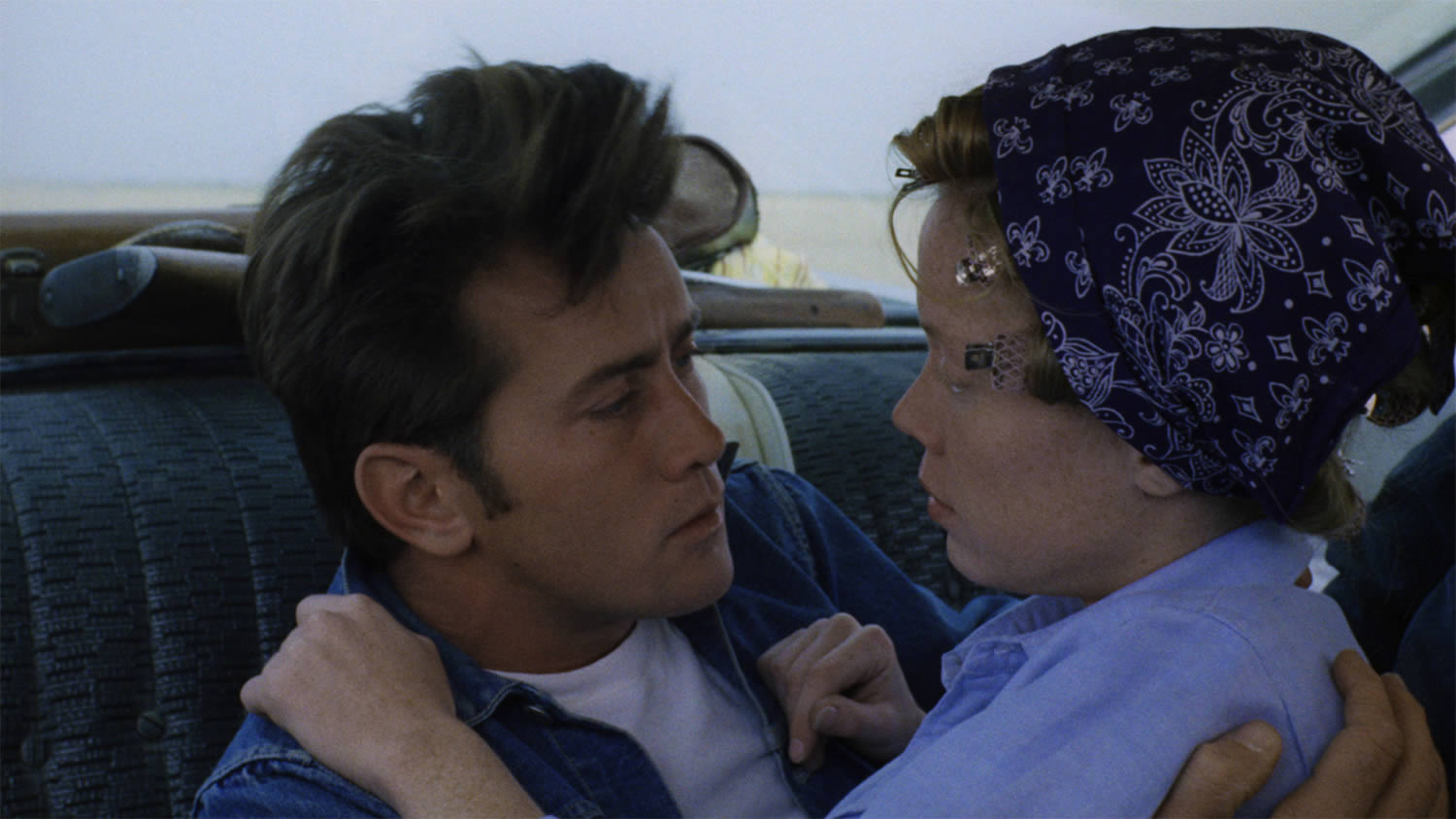 Terrence Malick‚Äôs startling debut is one of the finest films of the ‚Äò70s.

‚ÄúBadlands‚Äù is a lyrical and disturbing road movie about two lovers and their senseless murders across the Dakota badlands. Based on the Starkweather-Fugate killing spree of 1958, Terrence Malick‚Äôs film is intimately focused on the unhealthy relationship between a charismatic yet psychopathic young man and his impressionable 15-year old girlfriend.

Together, they share in a corrupted fantasy a happy family on the run after killing the girl‚Äôs disapproving father. Malick explores their fevered relationship while leaving the psychological motivations for their heinous actions unclear. A near-perfect debut from one of America‚Äôs great directors. 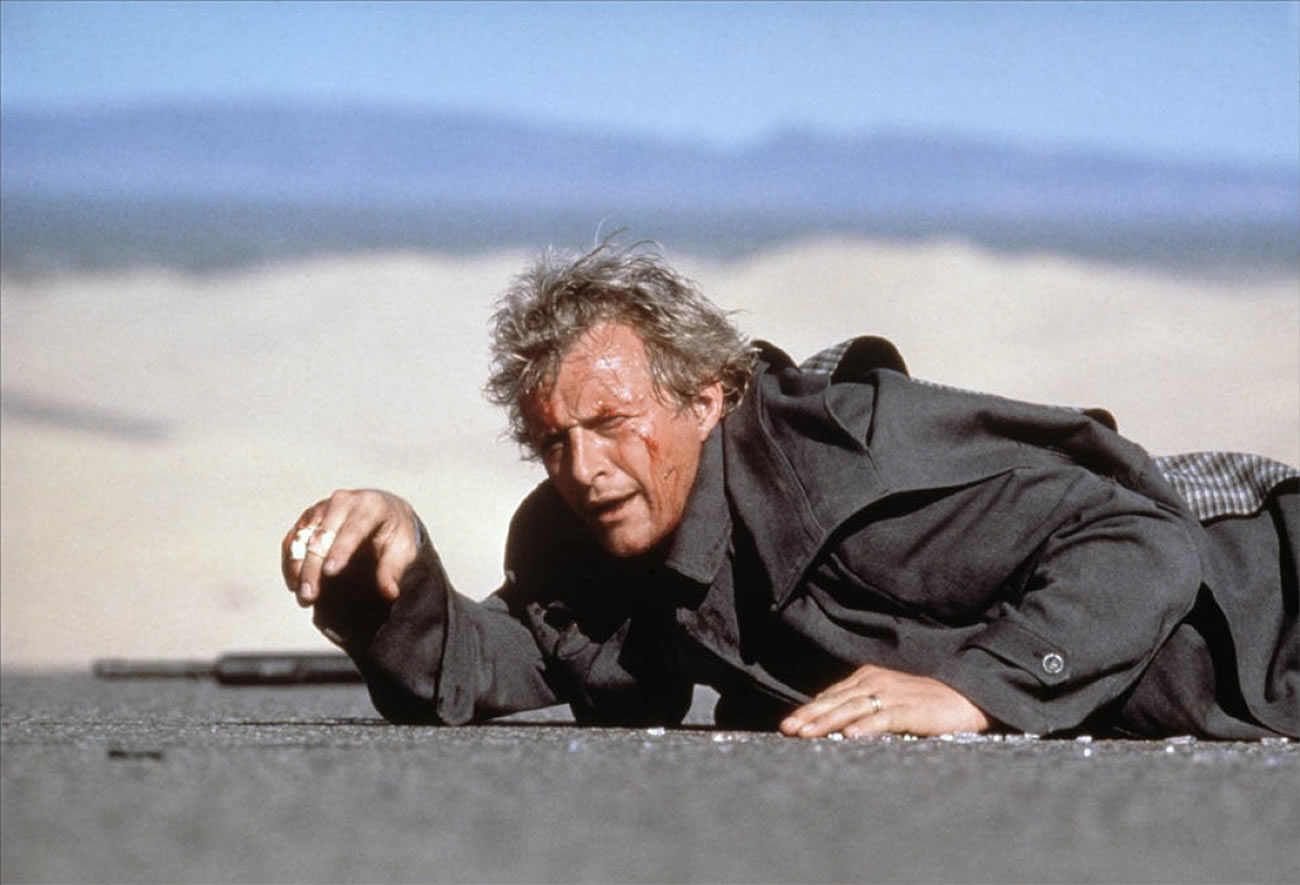 The Hitcher is a no-nonsense thrill ride from beginning to end.

If ‚ÄúThe Hitcher‚Äù teaches the audience anything it is to never give a ride to Rutger Hauer. Robert Harmon‚Äôs lean and breathless film is one of the finest thrillers of the 1980s, as a young man is relentlessly stalked by a murderous hitch-hiker before being framed for his sickening crimes.

Harmon masterfully ratchets up the tension as the bodies pile up on this car journey from hell. Yet it is Hauer‚Äôs chilling and controlled performance that makes ‚ÄúThe Hitcher‚Äù such compelling viewing as he plays murderous mind games with his young and terrified victim. 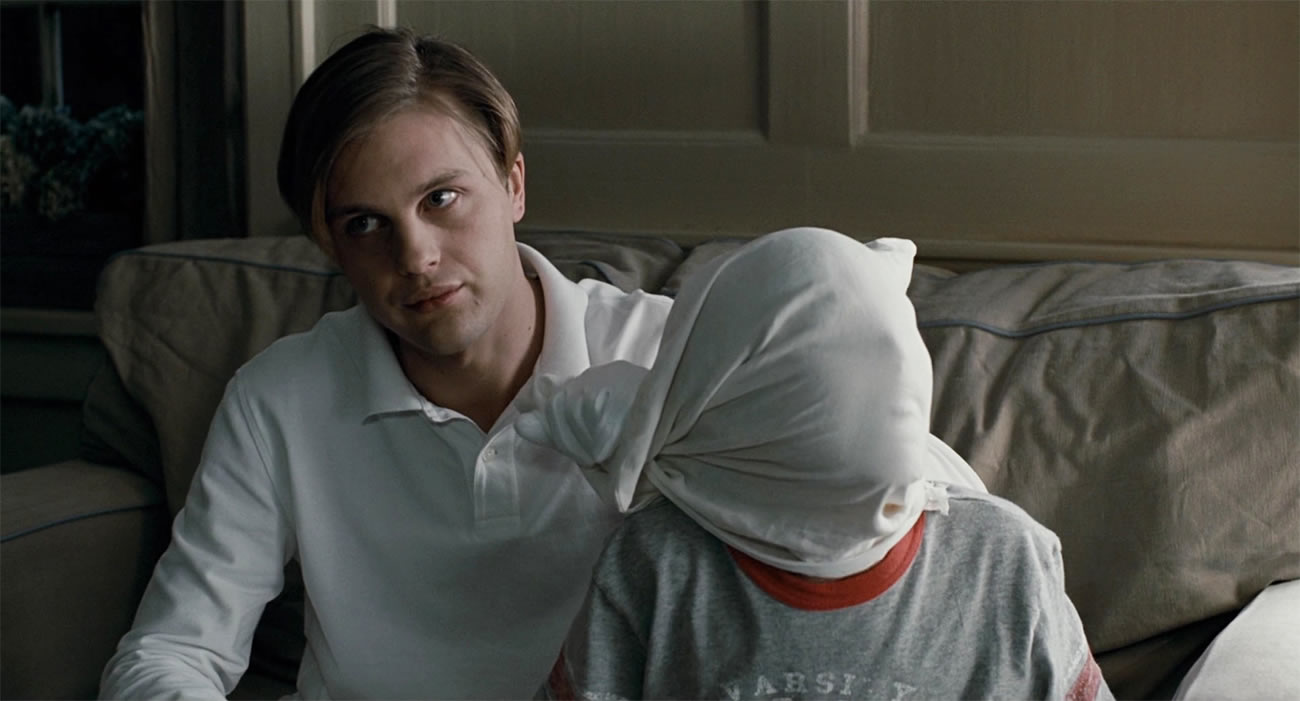 A film that plays twisted games with characters and audience alike.

Whether watching the Austrian original or modern American remake (both directed by Michael Haneke), ‚ÄúFunny Games‚Äù proves to be an uncomfortable and unsettling experience. Initially following home invasion convention, the film quickly subverts expectation as a model family are forced to partake in a series of twisted games by a couple of well dressed and mannered psychopaths.

Deconstructing the audience‚Äôs relationship with screen violence, Haneke has crafted one of the most original and disturbing thrillers of recent years. ‚ÄúFunny Games‚Äù is an unforgettable exploration of violence from one of cinema‚Äôs most provocative filmmakers.