While often considered the preserve of family audiences the animated form is as rich and diverse as any other medium of storytelling.

Whether it is creating impossible fantasy worlds or documenting the grim realities of life, animation has been employed to convey a wide range of stories for all ages and tastes. Disney, Pixar and Studio Ghibli may loom large over the industry, but there are countless filmmakers from all around the world that have produced works of vivid and unforgettable brilliance. Below are five films that capture the diversity and quality of this art form.

Director Marcell Jankovics is one of animations best kept secrets creating bold and inventive films for almost 60 years. “Feherlofia” is an imagined folktale full of cliches and formal structures. The story, while perfectly enjoyable, is perfunctory with archetypal characters and predictable plotting. Yet people don’t watch “Feherlofia” for its passable story, they watch it for its startling animation. As a visual experience it has no equal—it is a kaleidoscopic treat of luminous colour and shifting forms. Jankovics’ uncompromising style of bold and constantly shifting imagery is often breathtaking, as he makes full use of the animated medium.

A Japanese film directed by Satoshi Kon and animated by Studio Madhouse.

Cinema lost one of its most distinctive voices back in 2010, when director Satoshi Kon succumbed to cancer. Although his career was cut criminally short, he left behind a small yet dazzling selection of films. “Millennium Actress” is his greatest achievement but also his least known work. It is a rich interwoven story that explores such complicated themes as mortality, history, love and time as a famous Japanese actress Chiyoko recalls her career to a journalist. The movie is dense and sprawling, unfolding through one thousand years of Japanese history, however, always remaining focused and intimate as it reveals the secret behind Chiyoko’s lost love.

When the Wind Blows

This is one of the most touching and agonizing animated films ever created. Based on Raymond Briggs’ eponymous graphic novel, it tells the story of an elderly couple preparing their home for a nuclear attack. They follow guidelines from a genuine government leaflet on nuclear survival, but the film documents in painfully real detail how futile their preparations are. It brilliantly captures the relationship between husband and wife, their years of familiarity and gentle affection and the inevitability of their deaths. With poignant vocal work and faithful art direction, “When the Wind Blows” is moving and unforgettable.

“Mind Game” is a film that explores the boundaries of animation. The plot concerns a manga artist who is murdered by a Yakuza thug and given a second chance by God to return to Earth and live without regret. Director Masaaki Yuasa and his animators use the film as a playground of possibility, throwing in every style and technique to create a heady free-form explosion of animated delights. The movie is surreal yet refreshingly accessible as it constantly shifts from playful, frenetic and even the profound. It is a tapestry of genres (gangster film, bawdy comedy, etc.) and art styles (Rotoscoping and watercolour) that merge to create a kaleidoscope of influences. The fact it manages to hang together at all, is a miracle, but “Mind Game” positively flourishes thanks to its scatter shot exuberance.

The King and the Mockingbird

Few animated films can compete with “The King and the Mockingbird”’s sheer inventiveness and craftsmanship. Taking almost three decades to complete, it was a labour of love for director Paul Grimault and the other artists who slaved over the project, and it shows in every frame! The story is about a hated king who is in love with the painting of a beautiful shepherdess. At night the shepherdess and the chimney sweep (another painting) leave their frames, escaping their prisons of paint, to elope from the palatial kingdom only to be chased by the portrait of the ruthless monarch. The movie is simply a joy in every imaginable way, whether it be the cast of colourful characters or the fluidity and unexpected delights of a story that branches off in surprising directions. It is also clear to see that the film was a significant influence on another animation giant, Hayao Miyazaki, with numerous elements evident in many of his own films. 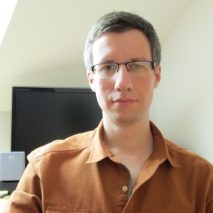 Adam Cook is a freelance writer and occasional critic living in the Highlands of Scotland and who is never happier than when in a darkened room watching films. Follow the author @ and view more articles.