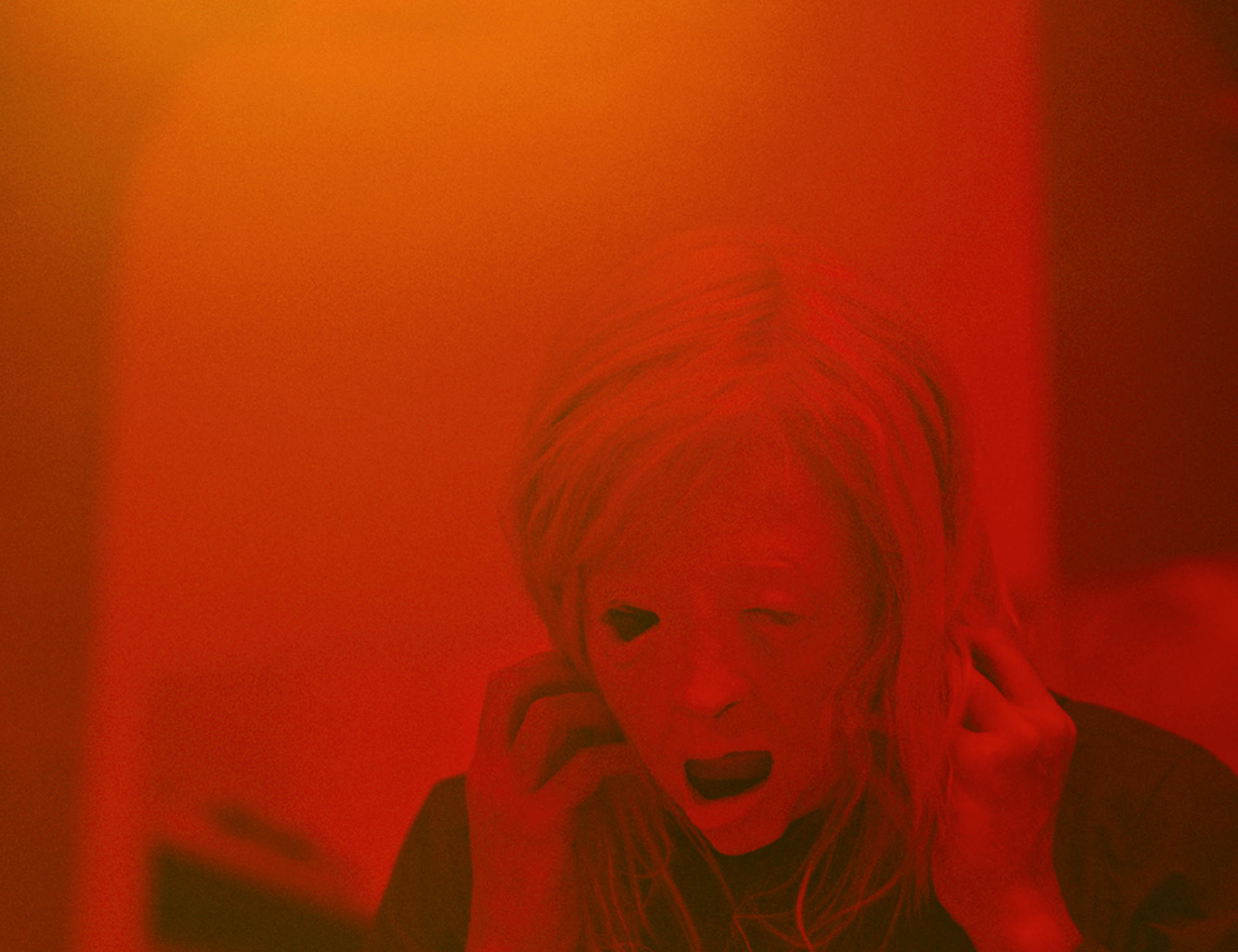 Given the Covid-19 pandemic has taken up almost the entire year, film festivals worldwide have been forced to rethink things. Some have opted to scale down significantly, while others decided to go online.

LFF 2020 held select screenings at a handful of venues, but mostly it was virtual, including industry talks, with audiences across the UK able to watch films from the comfort of their living room. Nobody will claim this is the future for festivals; the big-screen experience remains unique and the optimum way to see movies, but tough times call for compromises. Still, the programmers did an excellent job, even if we were all forced to watch at home, and the scale of the festival was slimmed down. 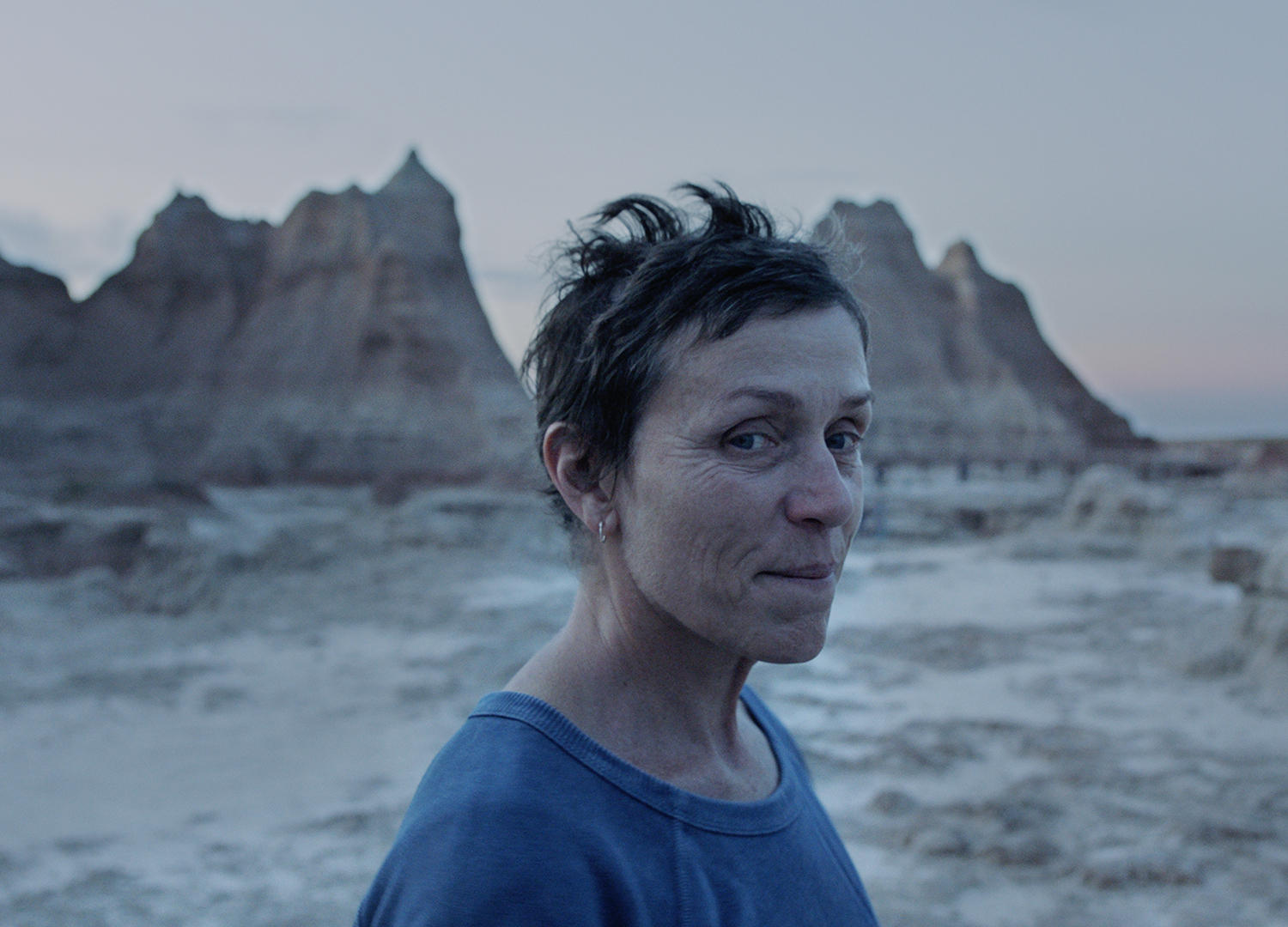 Chlo√© Zhao‚Äôs ‚ÄúNomadland‚Äù features an awards-baiting performance from Frances McDormand. In the film, McDormand plays a sixty-something vagabond, drifting from one job to the next, from one motorhome campsite to another. Like a riff on Bob Rafelson‚Äôs masterpiece ‚ÄúFive Easy Pieces‚Äù (1970), Zhao‚Äôs exquisitely mounted drama is about a restless person living outside her class and experiencing what it‚Äôs like to exist on the fringes of society, without a safety net, where working-class jobs no longer exist because manufacturing industries have collapsed. Set against gorgeous backdrops of wide-open American spaces and featuring a largely non-professional cast, ‚ÄúNomadland‚Äù is a discomforting but soulful portrait of modern-day America. 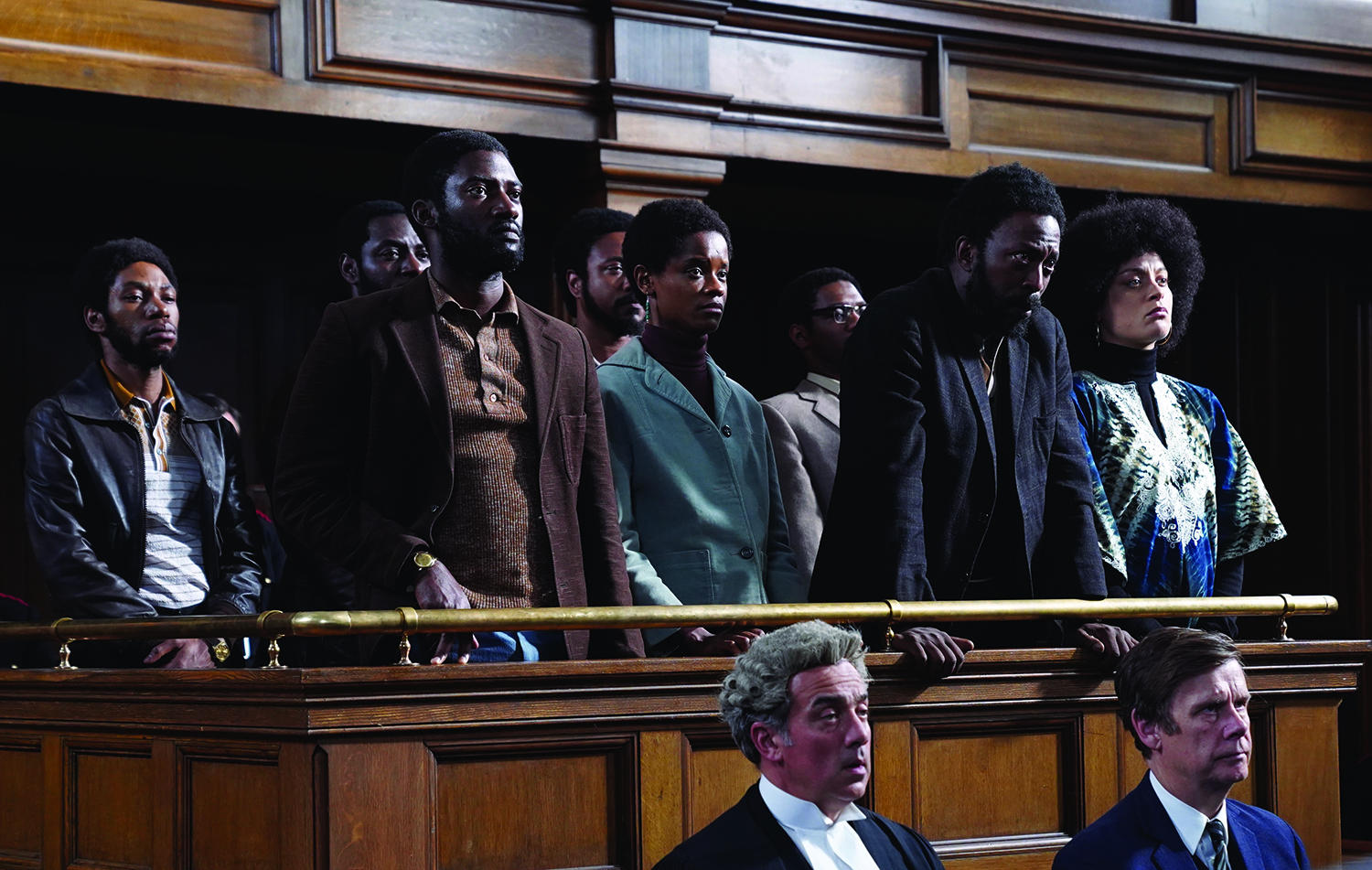 British filmmaker Steve McQueen has come home from the US, all fired up and firing on all creative cylinders. ‚ÄúMangrove‚Äù was selected to open the festival, the drama forming part of the director‚Äôs ambitious ‚ÄúSmall Axe‚Äù anthology, each entry, five films in total, forming a mosaic of Black experiences of life in Britain. ‚ÄúMangrove‚Äù is the little-known true story of an Afro-Caribbean restaurant and its owner targeted for harassment by London‚Äôs racist police officers and the stand he‚Äîand others in the community‚Äîtook. This is a righteous, angry, vital political cinema examining the screaming injustices those invited to settle in the UK faced daily. It‚Äôs potent stuff. 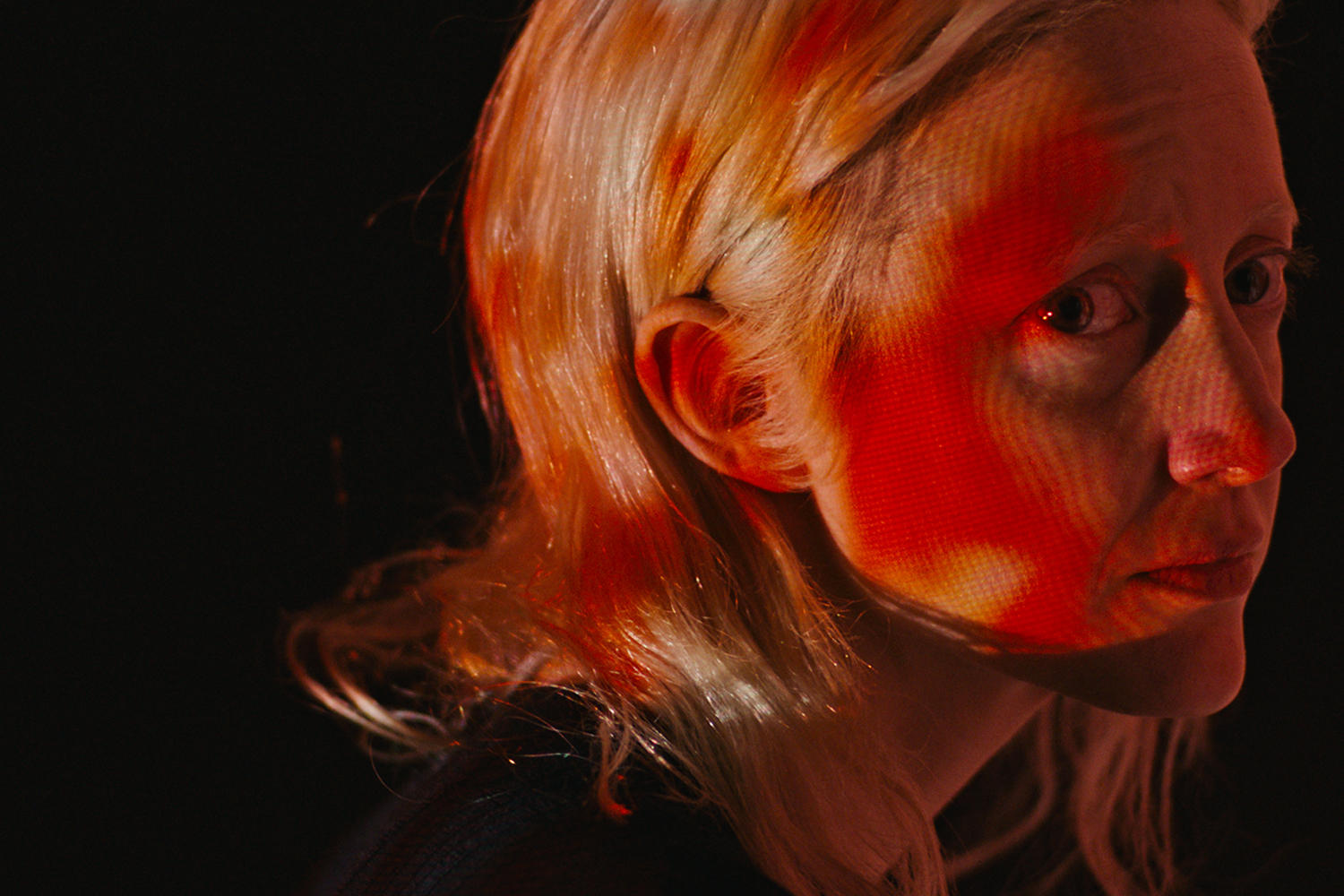 Brandon Cronenberg‚Äôs second feature bears the influence of his father‚Äôs iconic ‚Äúbody horror‚Äù classics. Though David Cronenberg is a guiding light, his son‚Äôs directorial eye and style are markedly different‚Äîit isn‚Äôt a case of flat-out imitation. In this insanely gory and compelling techno-thriller, Andrea Riseborough stars as a secret agent working for a shadowy corporation. Through the wonders of technology, she can possess other people, using said persons to carry out assassinations, pinning the blame on them, before being pulled out by her handlers. On her latest mission, things start to go very wrong‚Ä¶ 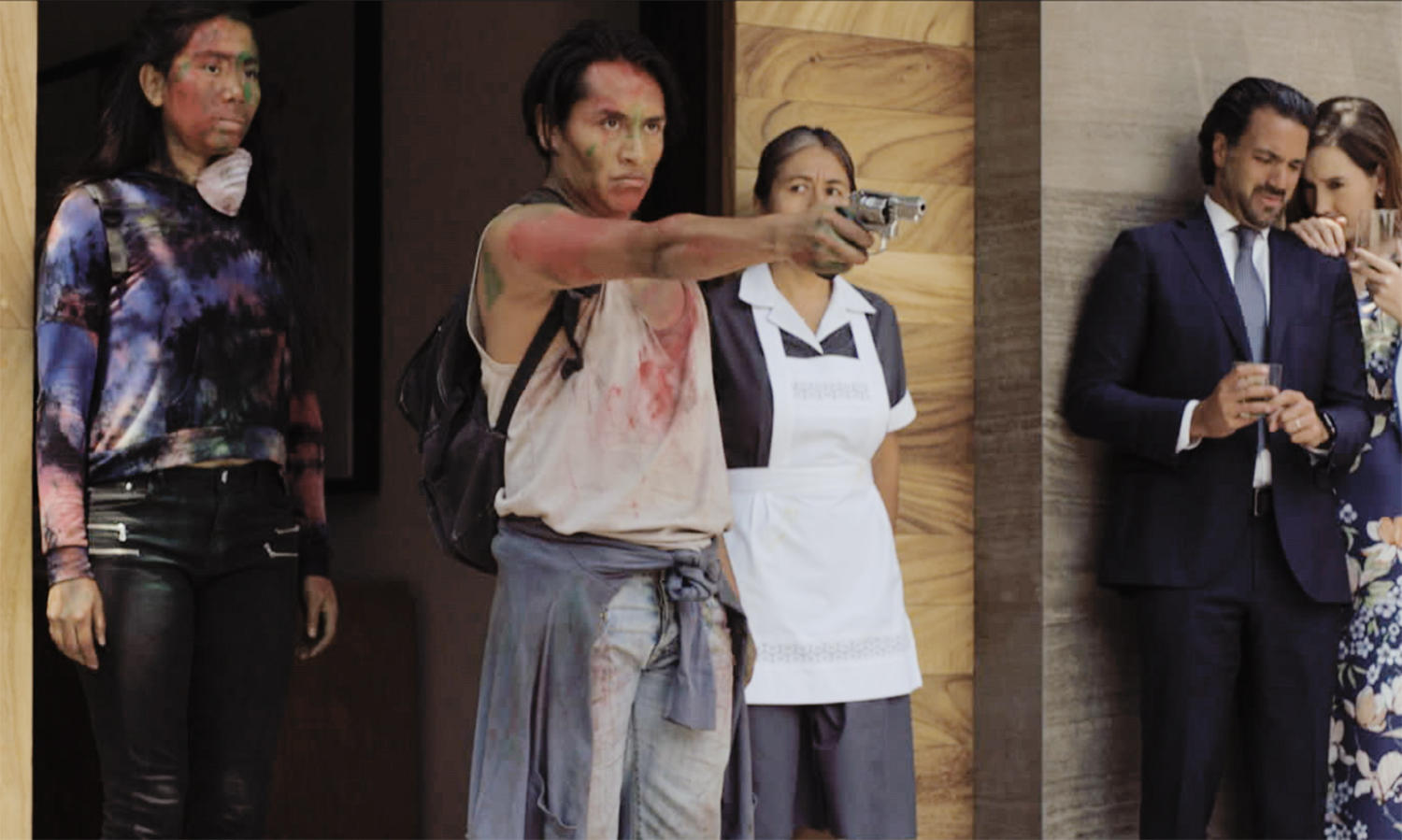 An intensely pessimistic film about a country descending into anarchy might be a bit too much for 2020, where we‚Äôve got enough on our plate with a global pandemic. Still, Mexico‚Äôs Michel Franco has staged an immersive and extremely unpleasant saga boldly depicting such a thing. As Mexico City‚Äôs elites gather for an expensive wedding, things outside the compound are spiralling out of control. Revolution is in the air, or is it just pure chaos manifest, with no aim other than to destroy everything in sight? ‚ÄúNew Order‚Äù is superior arthouse cinema showing us the ugly truth of humanity‚Äôs destructive urges. 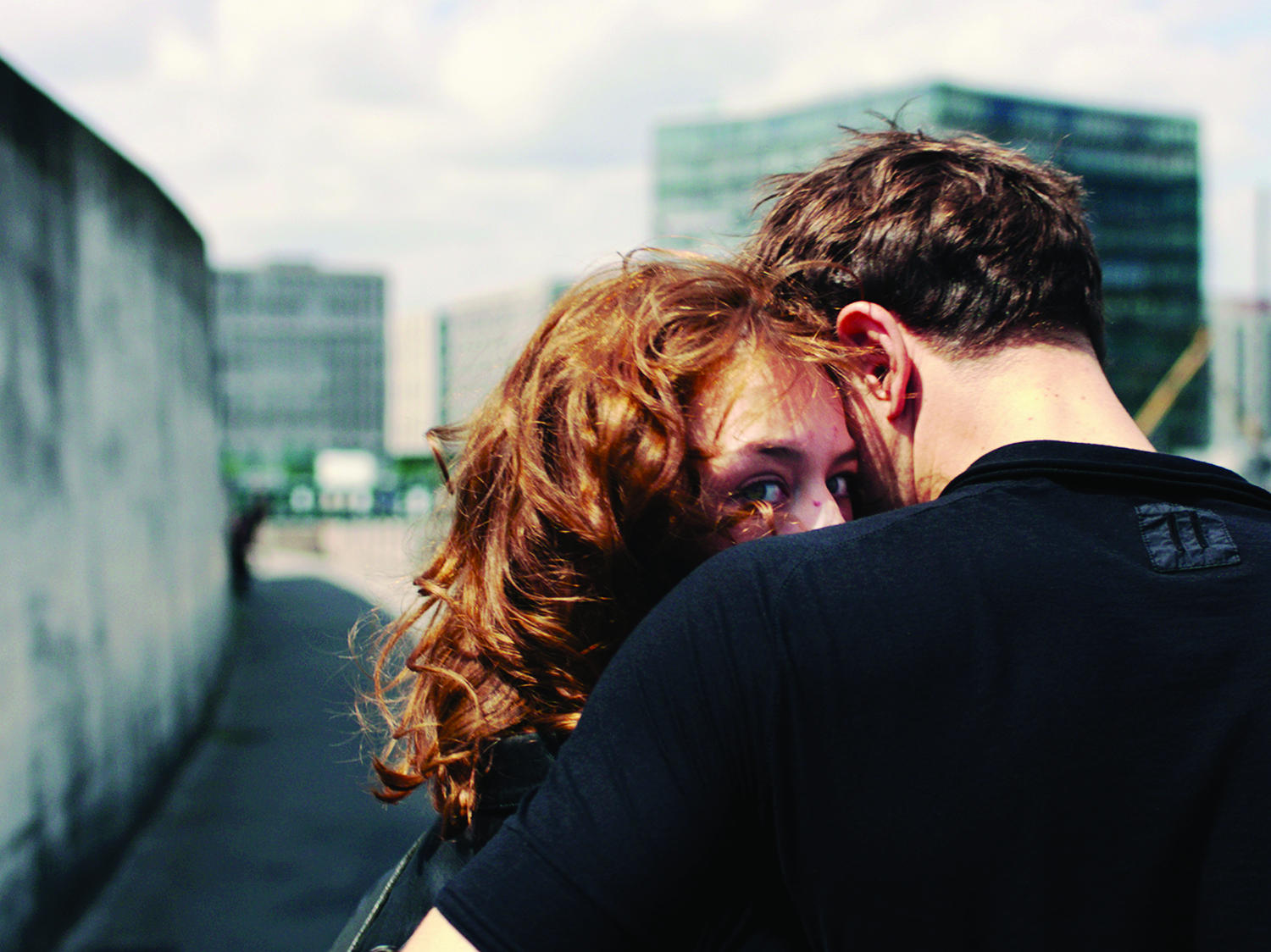 Paula Beer, a rising star of the German screen, won the Silver Bear acting prize at this year‚Äôs Berlin Film Festival, aka the last festival to run normally before Covid-19 struck. In Christian Petzold‚Äôs latest, Beer plays a water nymph posing on dry land like an expert in Berlin‚Äôs architectural heritage. On a break from her day job, she meets Christoph (Franz Rogowski) and falls deeply in love. ‚ÄúUndine‚Äù is an eccentric romance featuring two charmingly oddball performances by Beer and Rogowski, another German actor who has made a splash in recent years. 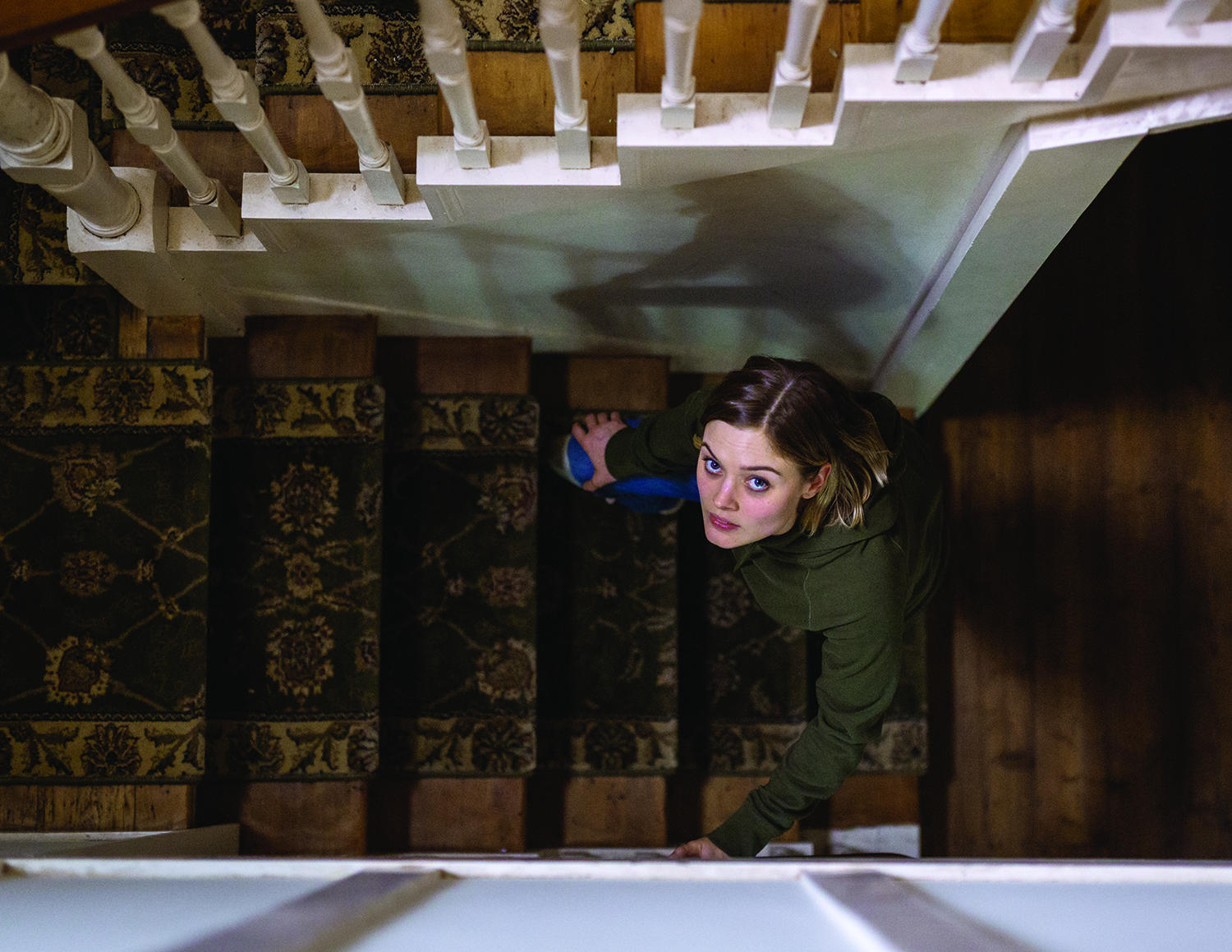 Natalie Erika James‚Äô eye-catching directorial debut is an allegorical horror film about losing a loved one to dementia. Cleverly envisioned as a ghost story‚Äîspecifically a haunted house frightener‚ÄîJames examines, with a great deal of poetry, the terrible range of emotions family members go through when a beloved family member is becoming less and less themselves due to illness. As the film unfolds, it becomes a heart-breaking watch. Emily Mortimer, Bella Heathcote, and Robyn Nevin bring their A-game as a family forced to reckon with a terrible situation. 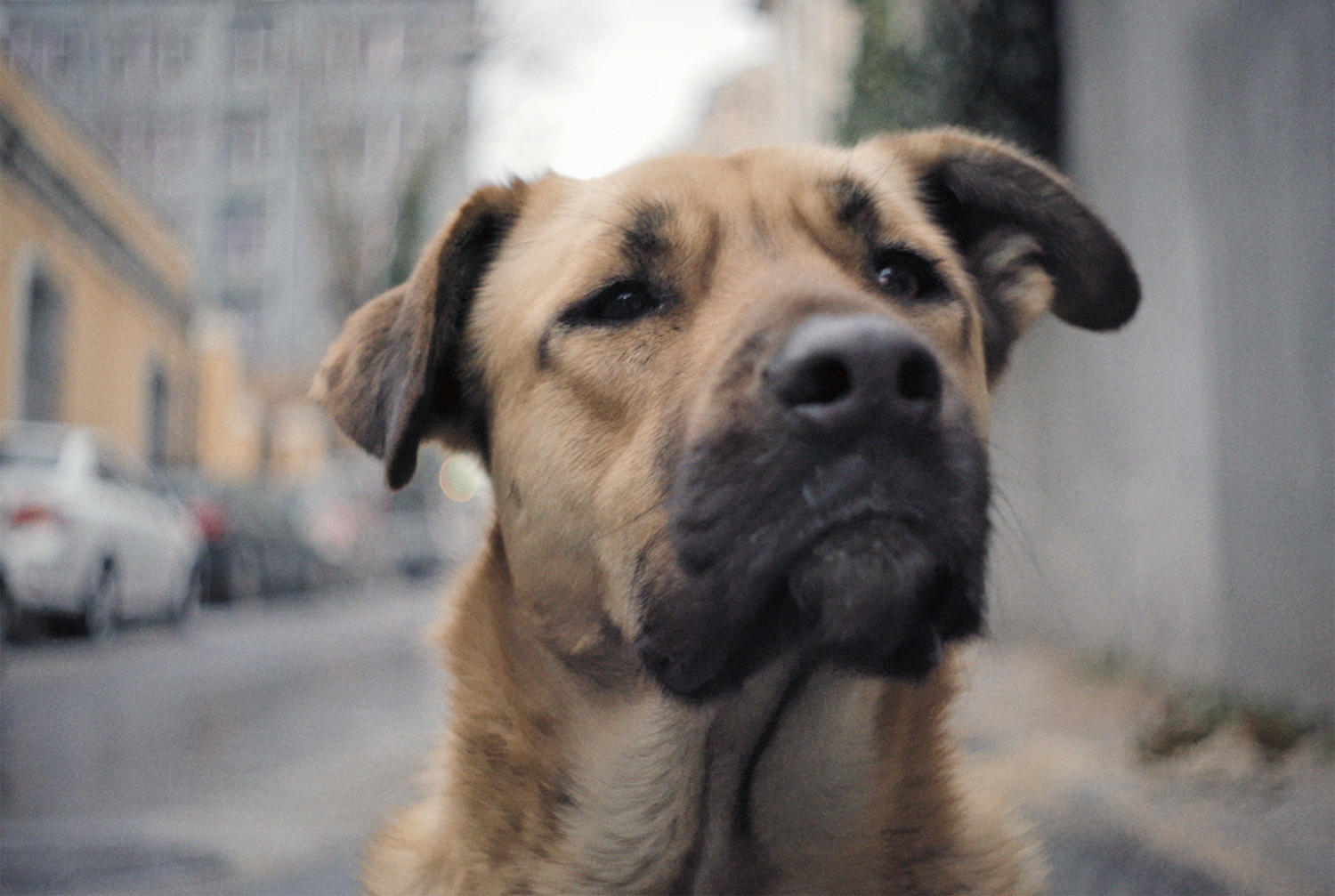 Elizabeth Lo‚Äôs gentle and compassionate documentary about street dogs in Istanbul is an intimate portrait of outsider lives, both canine and human. Shooting low to the floor, mimicking a dog‚Äôs eye view of the world and showing the bonds forged between homeless Syrians fleeing the civil war and unwanted hounds, ‚ÄúStray‚Äù achieves a rich sense of nobility and warmth, though never ignoring or glossing over the harsh realities endured by people and animals living rough on the streets. It is a beautiful film. 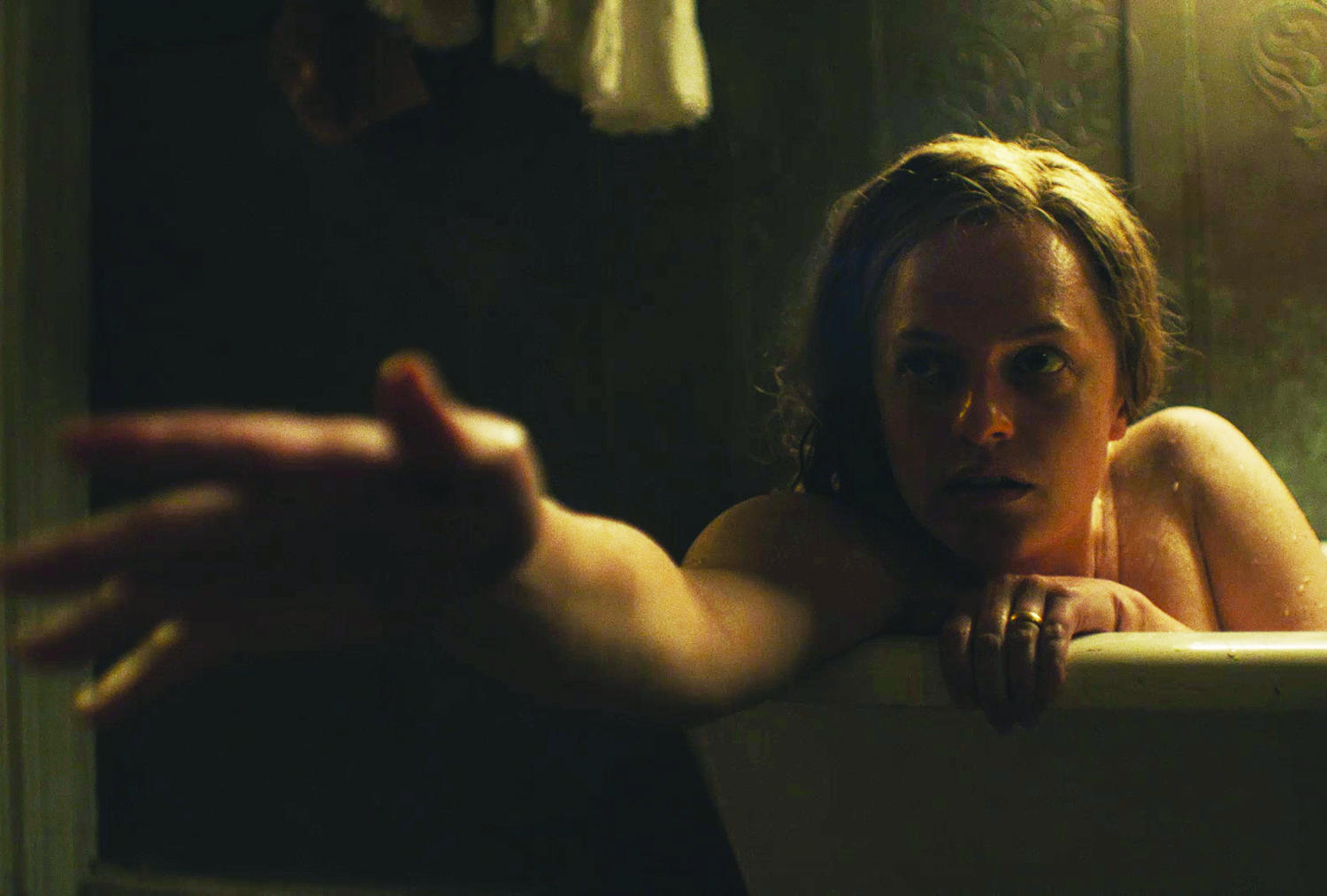 ‚ÄúThe Haunting of Hill House‚Äù novelist, Shirley Jackson, is the subject of Josephine Decker‚Äôs new film. Only this biopic isn‚Äôt a biopic at all. It‚Äôs based on a novel and is an entirely imaginary tale featuring the iconic writer and her academic husband hosting a young couple throughout the summer. Elisabeth Moss continues to show audiences why she‚Äôs now considered one of the best American actors working today, and she‚Äôs ably backed by Michael Stulhbarg playing Jackson‚Äôs lecherous, mean-spirited husband. A unique and fascinating take on the psychodrama, which pays tribute to Jackson‚Äôs work without being conventional. 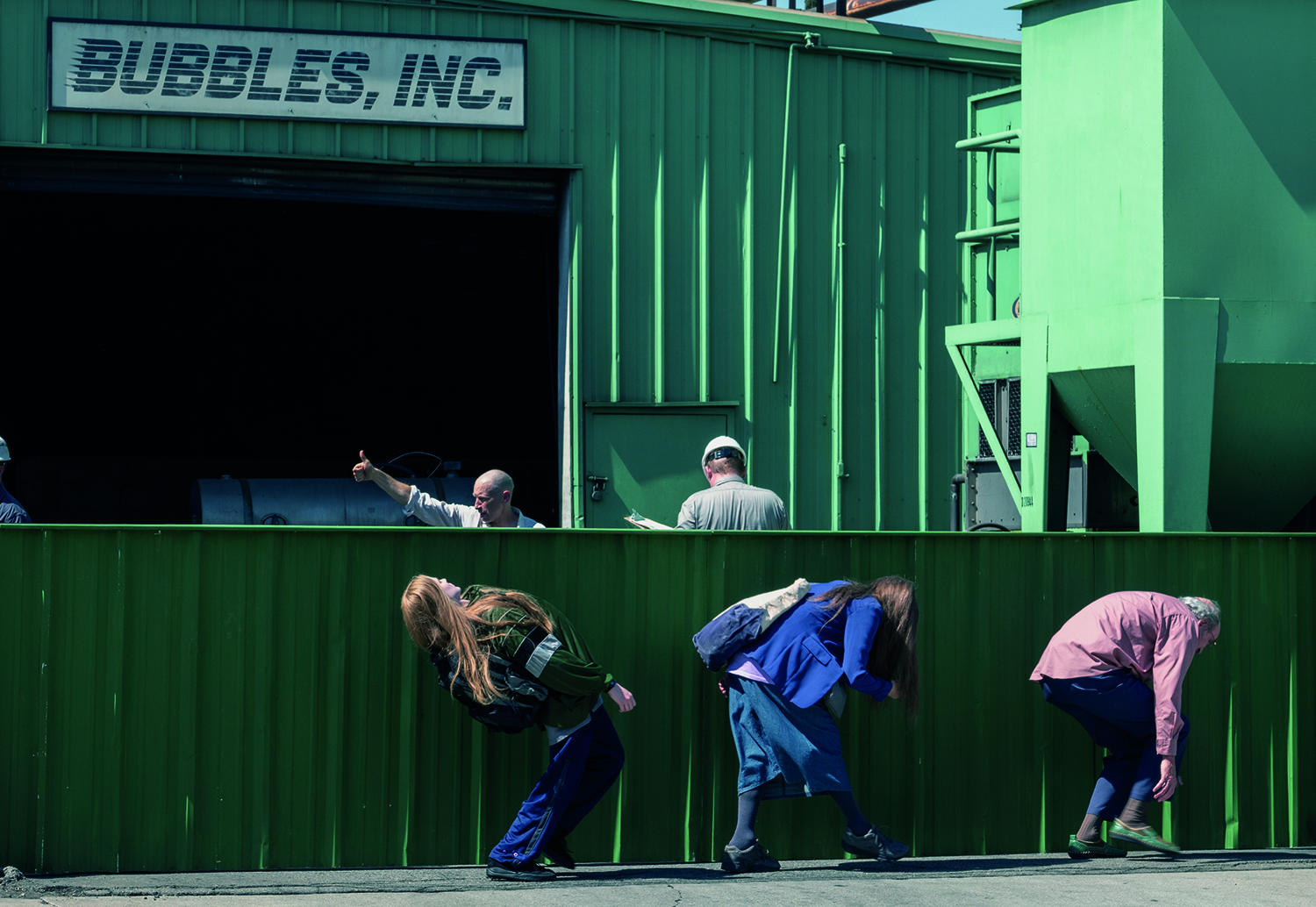 Miranda July‚Äôs work is most certainly an acquired taste. Fans will adore ‚ÄúKajillionaire,‚Äù and those who can‚Äôt stand her brand of quirk won‚Äôt be convinced she‚Äôs changed much. In her third film, July examines the weird relationship dynamics between a family of con artists living in Los Angeles. Old Dolio (Rachel Evan Wood), her father Robert (Richard Jenkins), and Theresa (Debra Winger) live in a factory seeping soap and earn a crust running various grifts. As ever with July, beneath the quirky comedy lies philosophical grandeur. 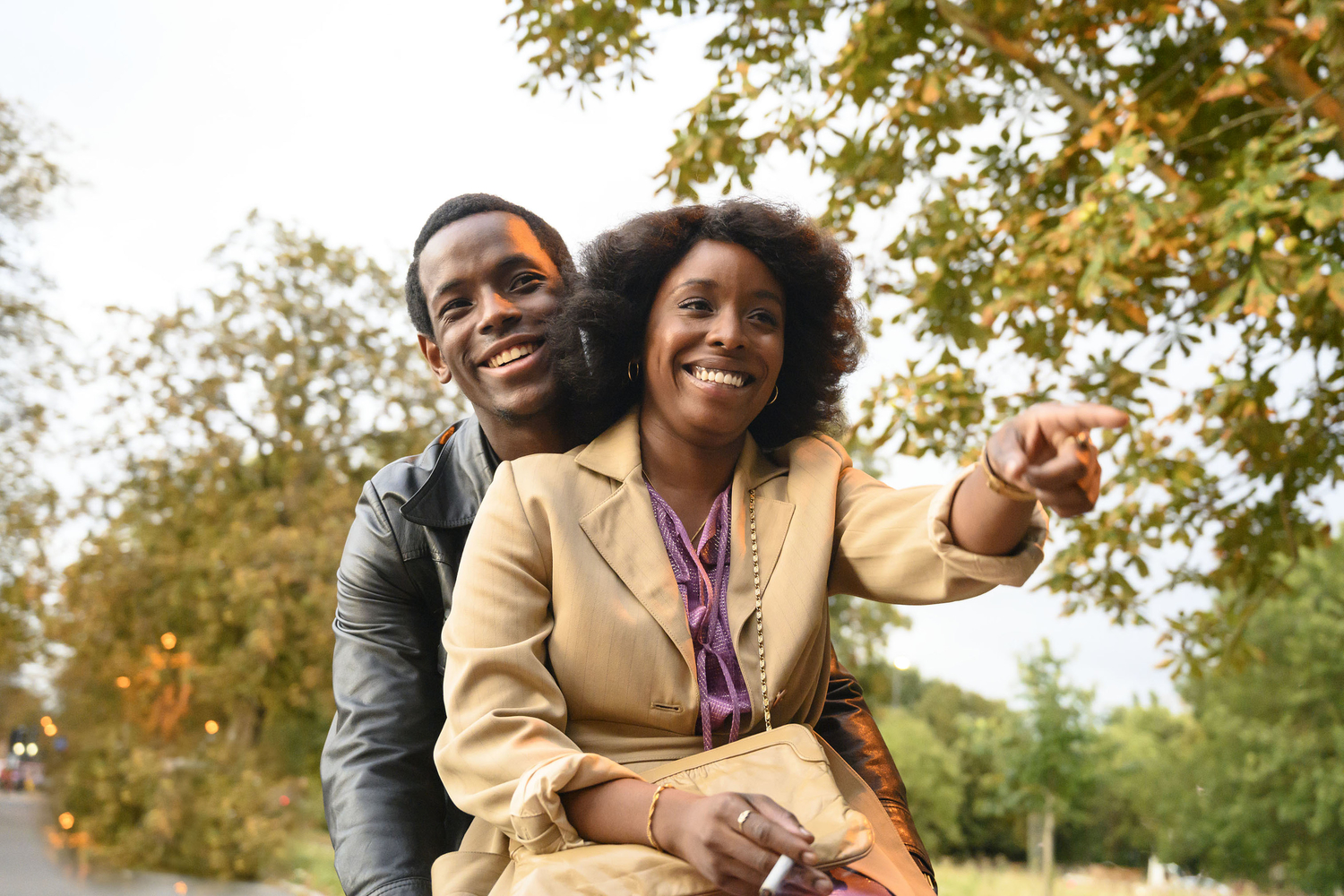 The second Steve McQueen film in our list. A rare achievement indeed. In the second work shown at LFF from his ‚ÄúSmall Axe‚Äù anthology, McQueen takes us on the best night out you‚Äôll have had in ages. In a London suburb, a house party takes place. The film follows the event from the initial setup to the tired morning after. Complete with banging tunes and camera work, which makes you feel like you‚Äôre right there in the room with partygoers, ‚ÄúLovers Rock‚Äù is a triumph from start to finish. Not only is it one of the best films from this year‚Äôs LFF, but it‚Äôs also up there with the best of 2020. It‚Äôs that good.