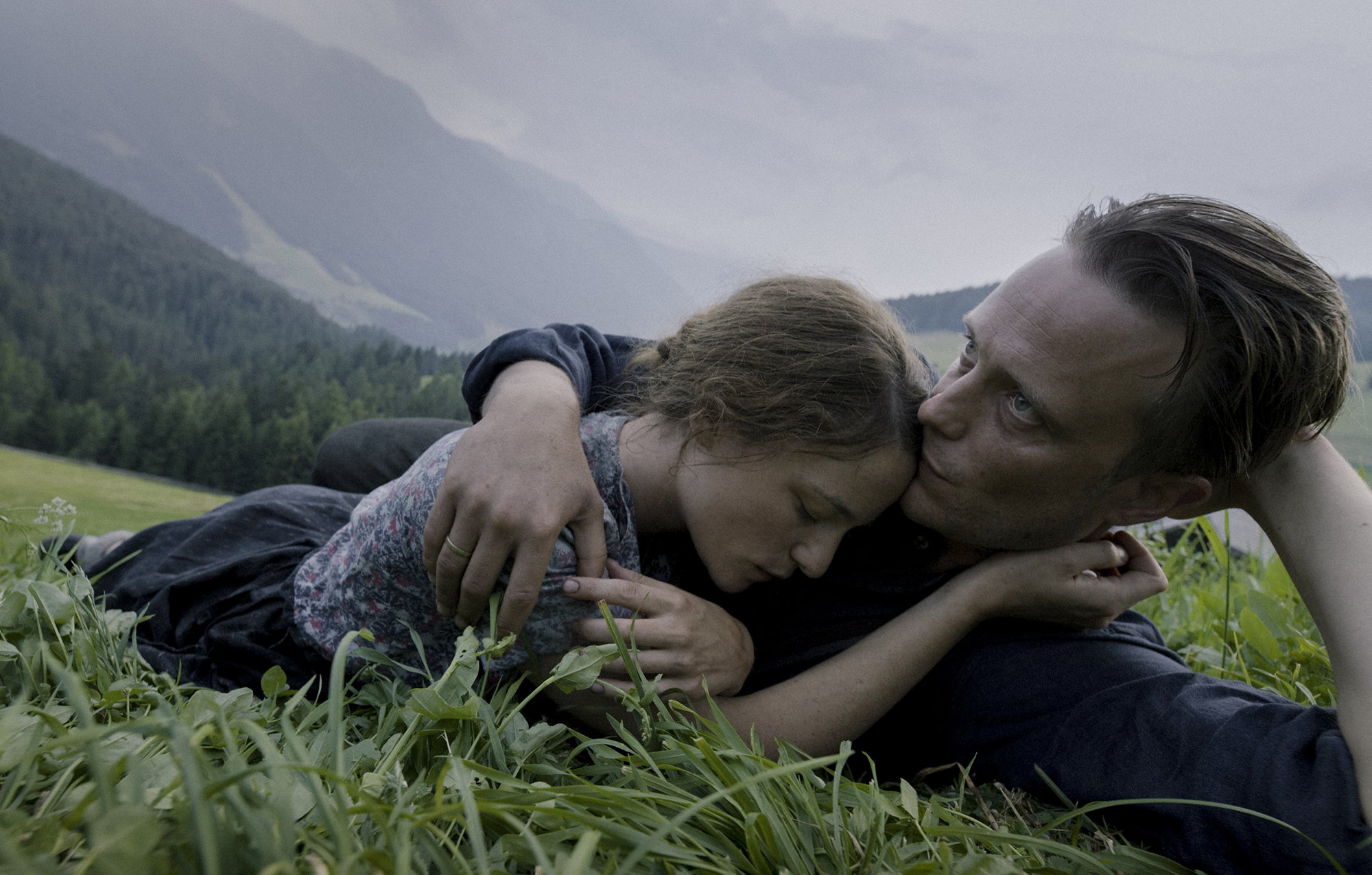 Above: “A Hidden Life” is based on the true story of WW2 conscientious objector, Franz J√§gerst√§tter. 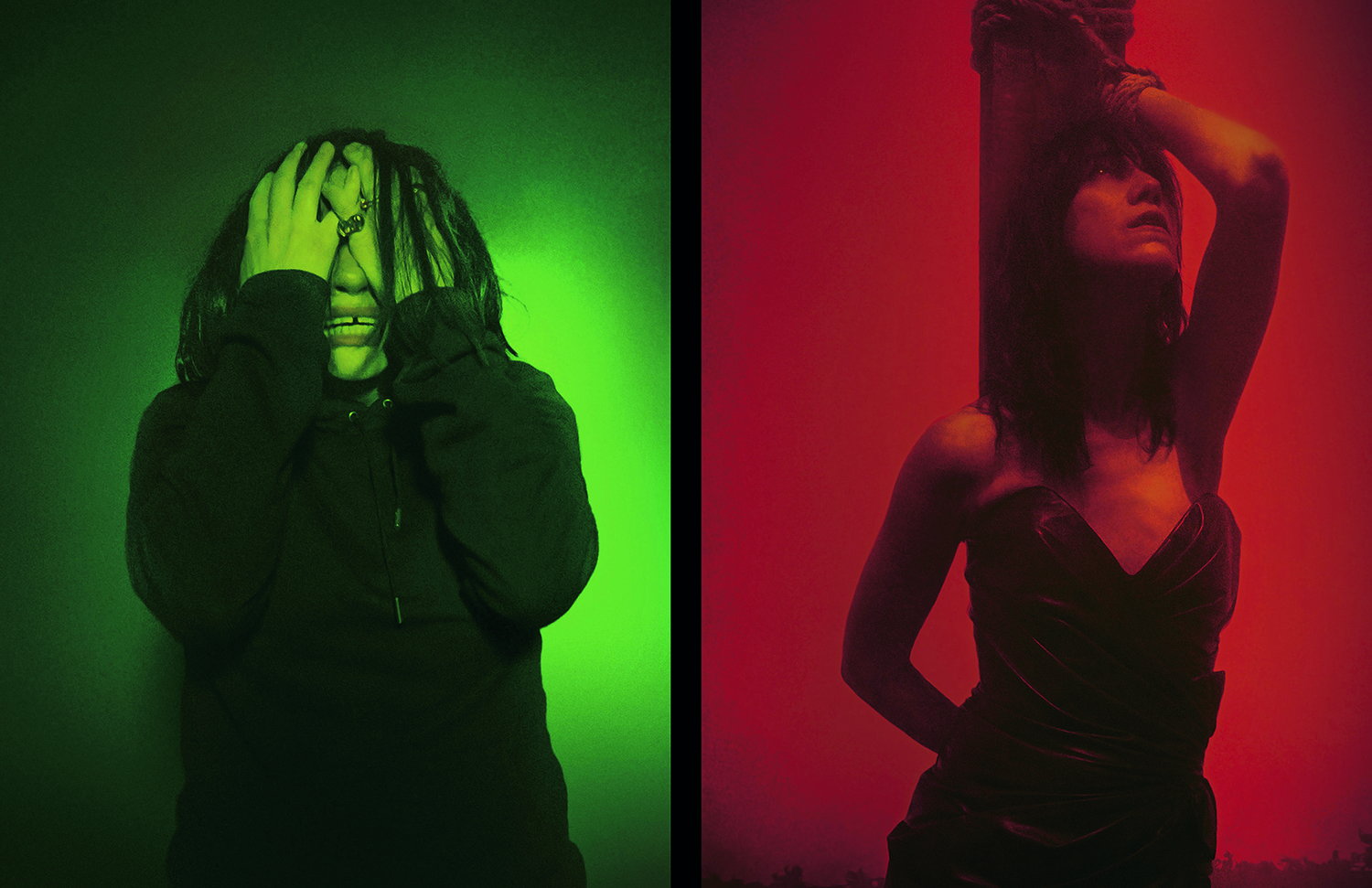 Gaspar No√© returned to the Croisette with a medium-length film starring Beatrice Dalle and Charlotte Gainsbourg. ‚ÄúLux Aeterna‚Äù unfolds on a movie set, beginning with Dalle and Gainsbourg recounting tales of various, unpleasant experiences in the film industry. It soon drifts into the realm of the waking nightmare or an anxiety dream, as the horror film they‚Äôre making descends into chaos. A statement on the #MeToo movement, exploitative working conditions, misogyny and the morally bankrupt entertainment business, ‚ÄúLux Aeterna‚Äù is a surprisingly sensitive work from one of France‚Äôs most controversial auteurs. 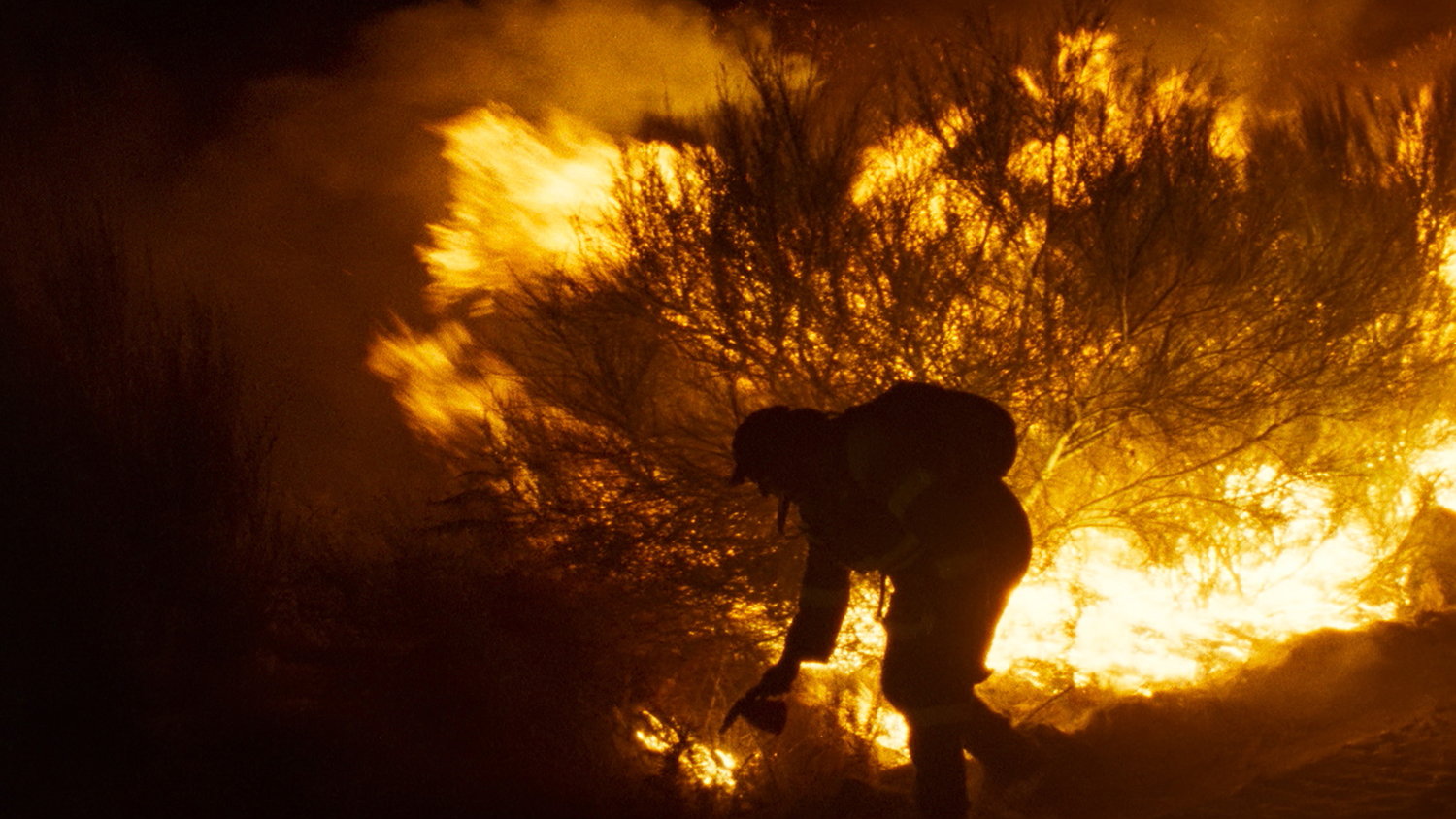 “Fire Will Come” won the Un Certain Regard Jury Prize.

Oliver Laxe presented the mysterious and moody ‚ÄúFire Will Come‚Äù in the ‚ÄúUn Certain Regard‚Äù programme and his third feature was awarded this year‚Äôs Jury Prize.

Amador (Amador Arias Mon), an ex-con, returns to live with his elderly mother in the Galician countryside and does his best to settle back down into rural living, tending to the cows and doing maintenance jobs around the farm. So much of this film is about isolation and loneliness and Amador cuts such a sad, guilt-ridden figure. Though he is known in the community for being a bit of weirdo, his neighbours also feel sorry for him and his mother treats him kindly. The depths of emotion Laxe achieves with minimum fuss is breathtaking. As is the apocalyptic finale. 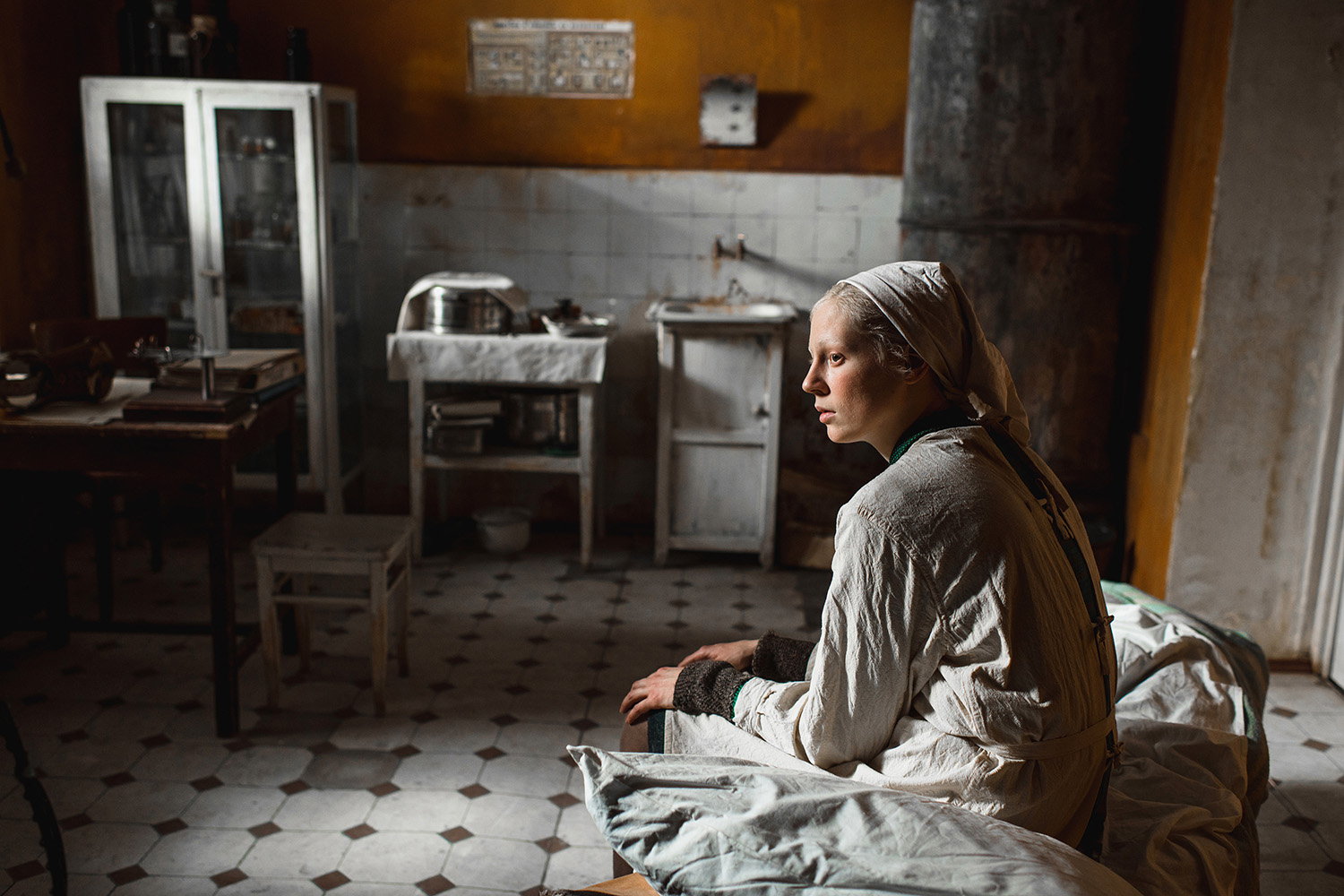 “Beanpole” is set in the aftermath of World War 2.

Winner of the ‚ÄúUn Certain Regard‚Äù Best Director prize, Kantemir Balagov‚Äôs extraordinary post-WW2 drama announces the young Russian filmmaker as one to keep an eye on.

Two female friends who fought together in a women‚Äôs battalion are reunited in Leningrad. One suffers from a curious syndrome, whereupon she freezes up and goes into a trance, while the other is mourning the loss of her child. In the aftermath of the war, their friendship is put to the test via a series of manipulative schemes and incidents. Brilliantly acted and directed, ‚ÄúBeanpole‚Äù deserves wide distribution. 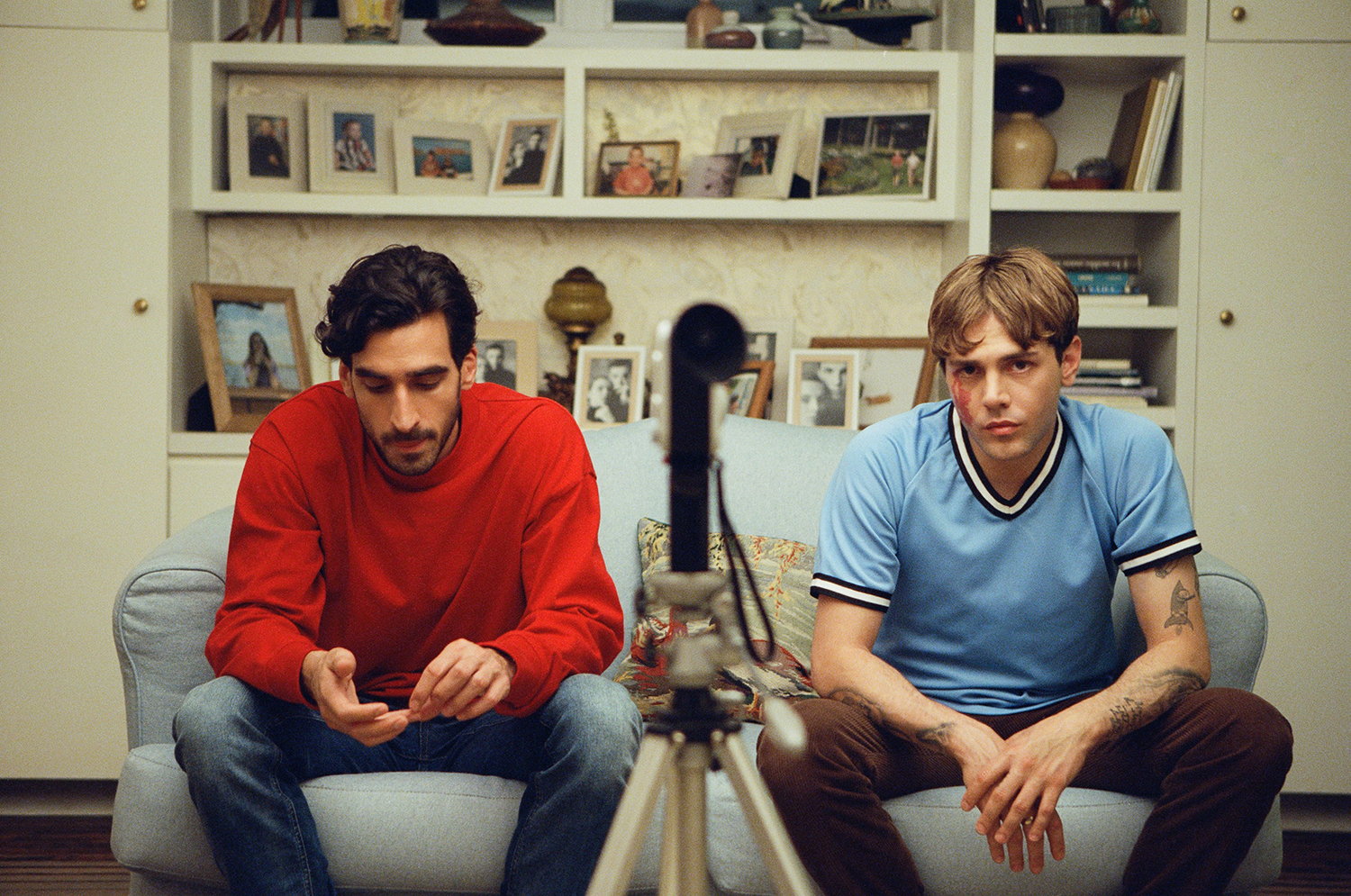 It‚Äôs fair to say ‚ÄúMatthias & Maxime‚Äù sees Canadian director, Xavier Dolan, return to form. 2016‚Äôs ‚ÄúGrand Prix‚Äù win for ‚ÄúIt‚Äôs Only the End of the World‚Äù still looks bizarre, several years later, as it was savaged by critics at Cannes, while his follow-up, ‚ÄúThe Death and Life of John P. Donavan,‚Äù was equally met with bad reviews.

Funny, soulful and gorgeously performed by Dolan and co-star Gabriel D’Almeida Freitas, ‚ÄúMatthias & Maxime‚Äù is the story of two life-long friends who realise, after sharing a kiss for the purposes of a student film, they might be more than just friends. Killer soundtrack, too. 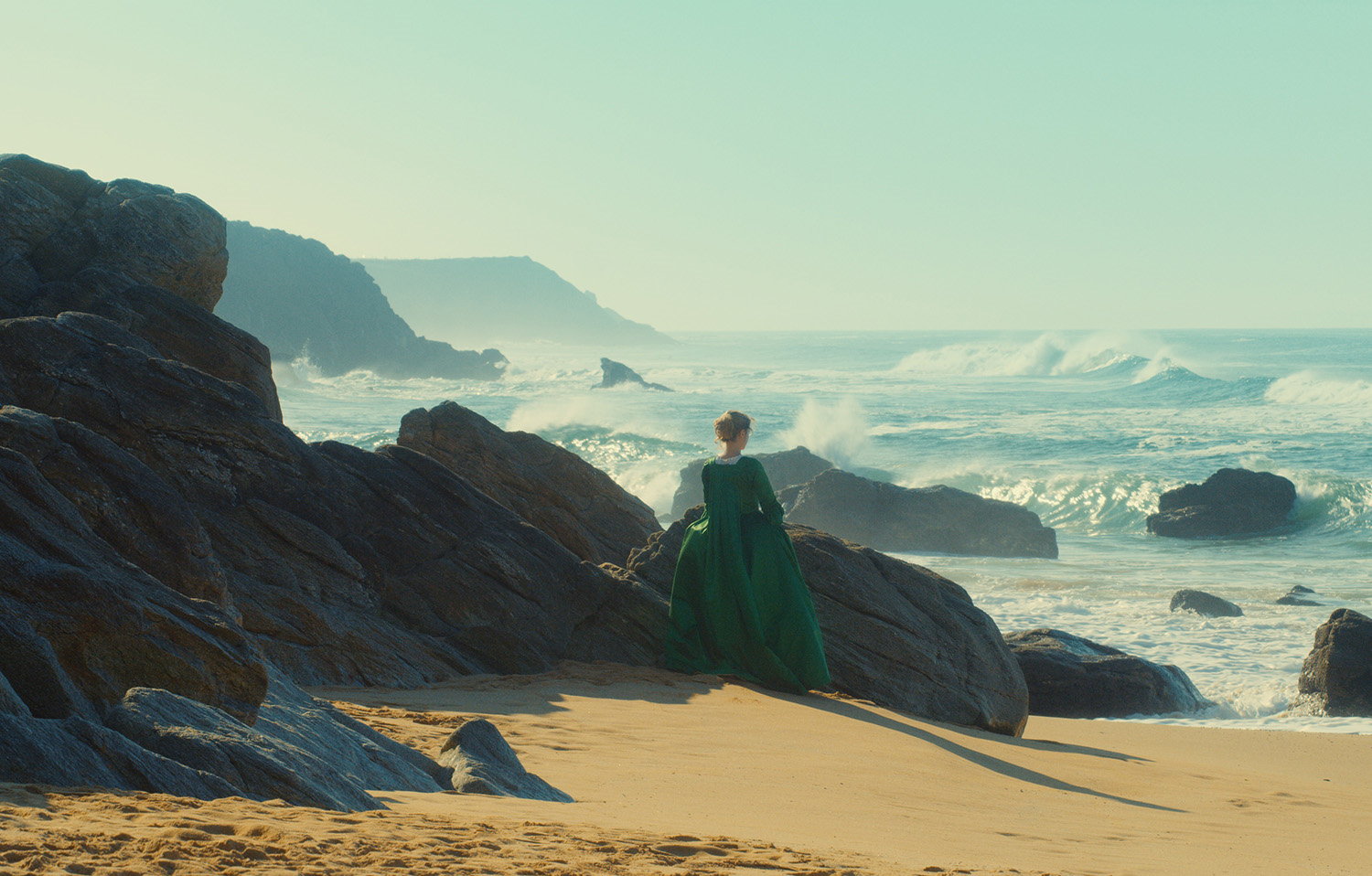 Ad√®le Haenel in “Portrait of a Lady on Fire.”

Portrait of a Lady on Fire

Celine Sciamma‚Äôs ‚ÄúPortrait of a Lady on Fire‚Äù was touted for the Palme d‚ÄôOr. In the end, it walked away with the prize for Best Screenplay. A genuinely odd decision by the jury, who also raised eyebrows in awarding the Dardenne brothers Best Director for their divisive ‚ÄúYoung Ahmed,‚Äù still Sciamma‚Äôs period drama sent the critics into rhapsodies of praise.

In 18th century France, artist Marianne (No√©mie Merlant) is hired by an aristocrat (Valerie Golino) to paint the portrait of her daughter, H√©lo√Øse (Ad√®le Haenel). While its tale of forbidden love isn‚Äôt particularly new, Sciamma‚Äôs stunning formalism and Haenel‚Äôs riveting performance make ‚ÄúPortrait of a Lady on Fire‚Äù an absolute knockout. 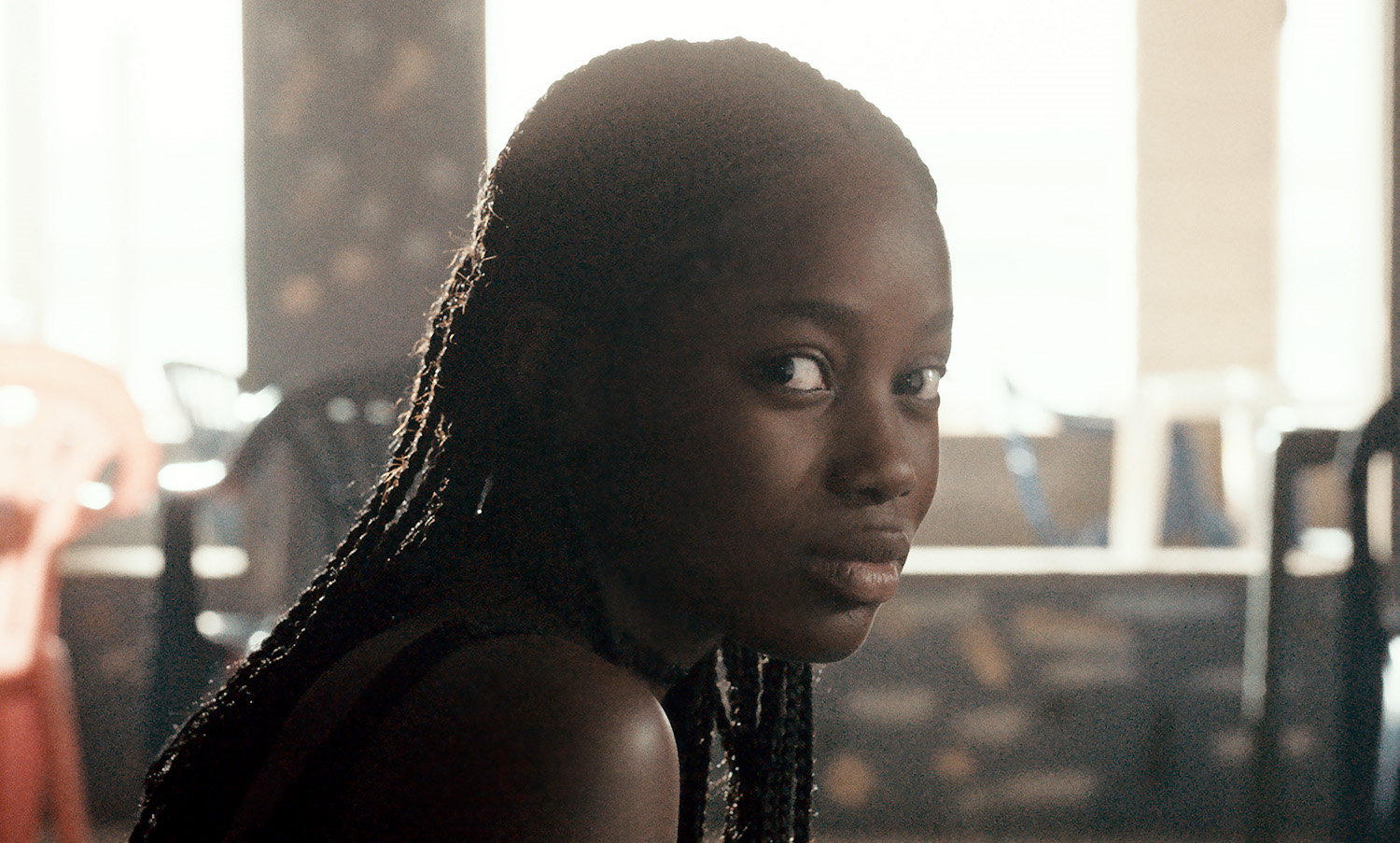 Atlantique is the debut film by Mati Diop.

Sylvester Stallone handed Mati Diop the ‚ÄúGrand Prix‚Äù at the closing ceremony. While much was made of the fact Diop is the first black female director to win the award in Cannes history, she won because she made a masterwork at the first time of asking. ‚ÄúAtlantiques‚Äù is a powerhouse debut.

Inspired by her own 2009 short film, which tackles the subject of young African men drowning at sea as they attempt to make it to Europe, Diop‚Äôs merging of social realism and magical realism produced fine results. Netflix has purchased worldwide distribution rights. 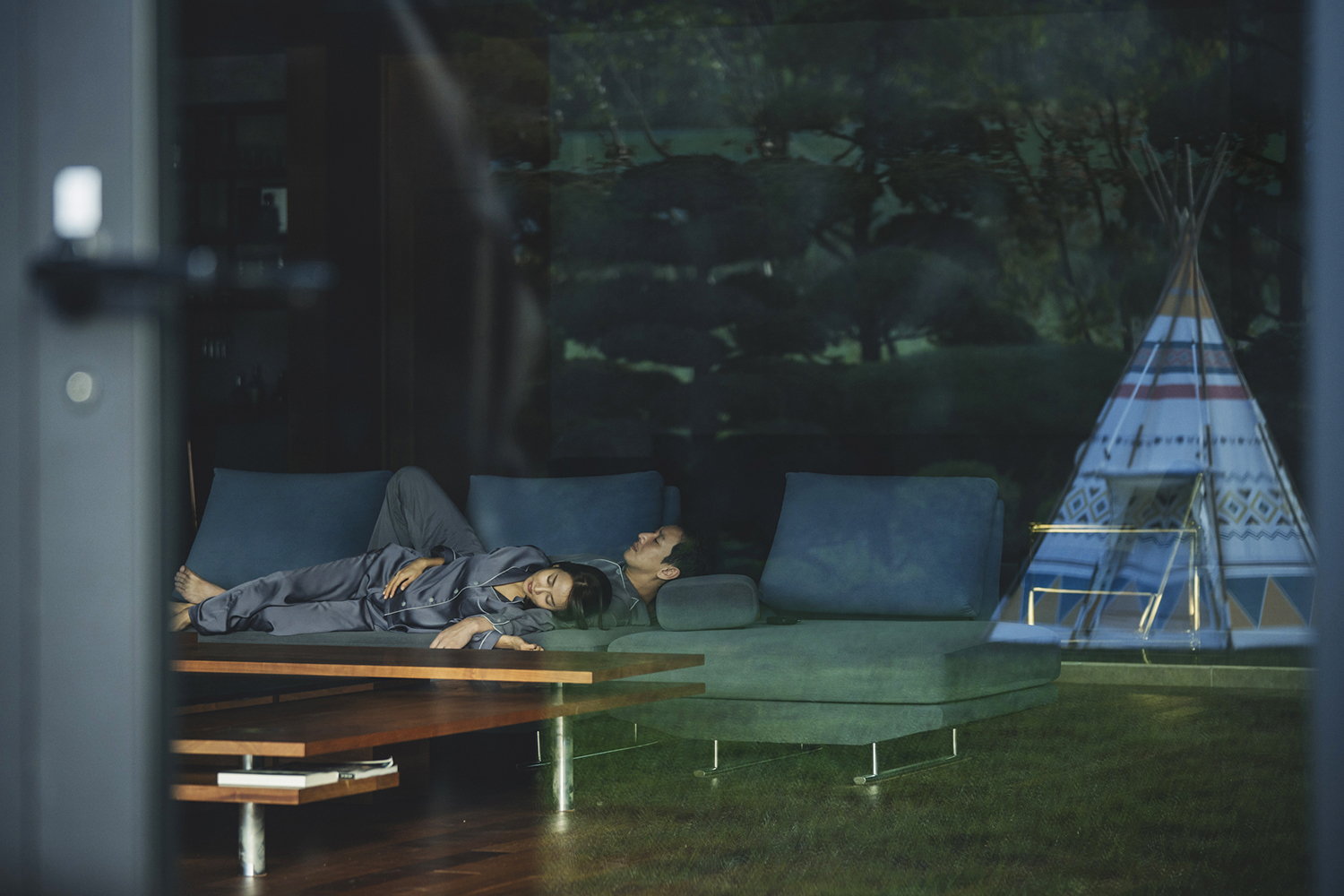 This year‚Äôs Palme d‚ÄôOr winner and Bong Joon-Ho‚Äôs masterpiece. ‚ÄúParasite‚Äù is a tale of the haves and have nots set in Seoul, South Korea, but its appeal and thematic preoccupations are universal.

A poor family existing on the breadline ingeniously insinuate themselves into the life of a rich businessman, his wife and two children. Masterfully crafted, brilliantly written and gripping like the best psycho-thrillers, ‚ÄúParasite‚Äù is a dazzling and hugely entertaining story about aspirational lifestyles, class conflict and material envy. 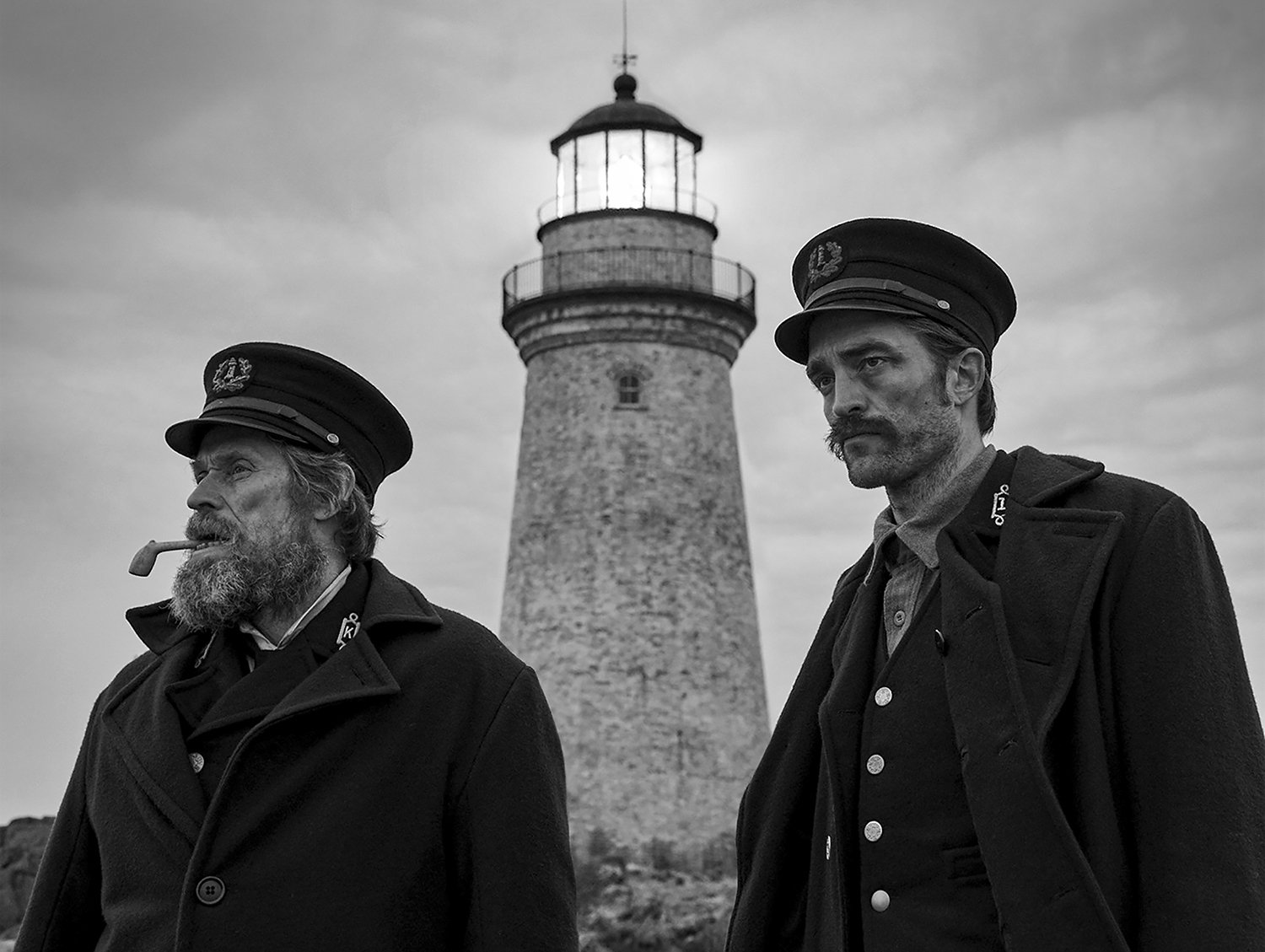 Willem Dafoe and Robert Pattinson in “The Lighthouse.”

Shot on location in the wilds of Nova Scotia, Canada, on black-and-white film stock and using camera lenses from the 1930s, Robert Eggers‚Äô ‚ÄúThe Lighthouse‚Äù is ‚ÄúThe Shining‚Äù if written by Herman Melville. Starring Willem Dafoe and Robert Pattinson as lighthouse keepers going mad during an intense Atlantic storm, this psychological horror tale is a feast for the eyes and the crazy performances electrifying. Dafoe‚Äôs earthy old salt tries to steal the show, but Pattinson is a revelation here, more than holding his own against his co-star. 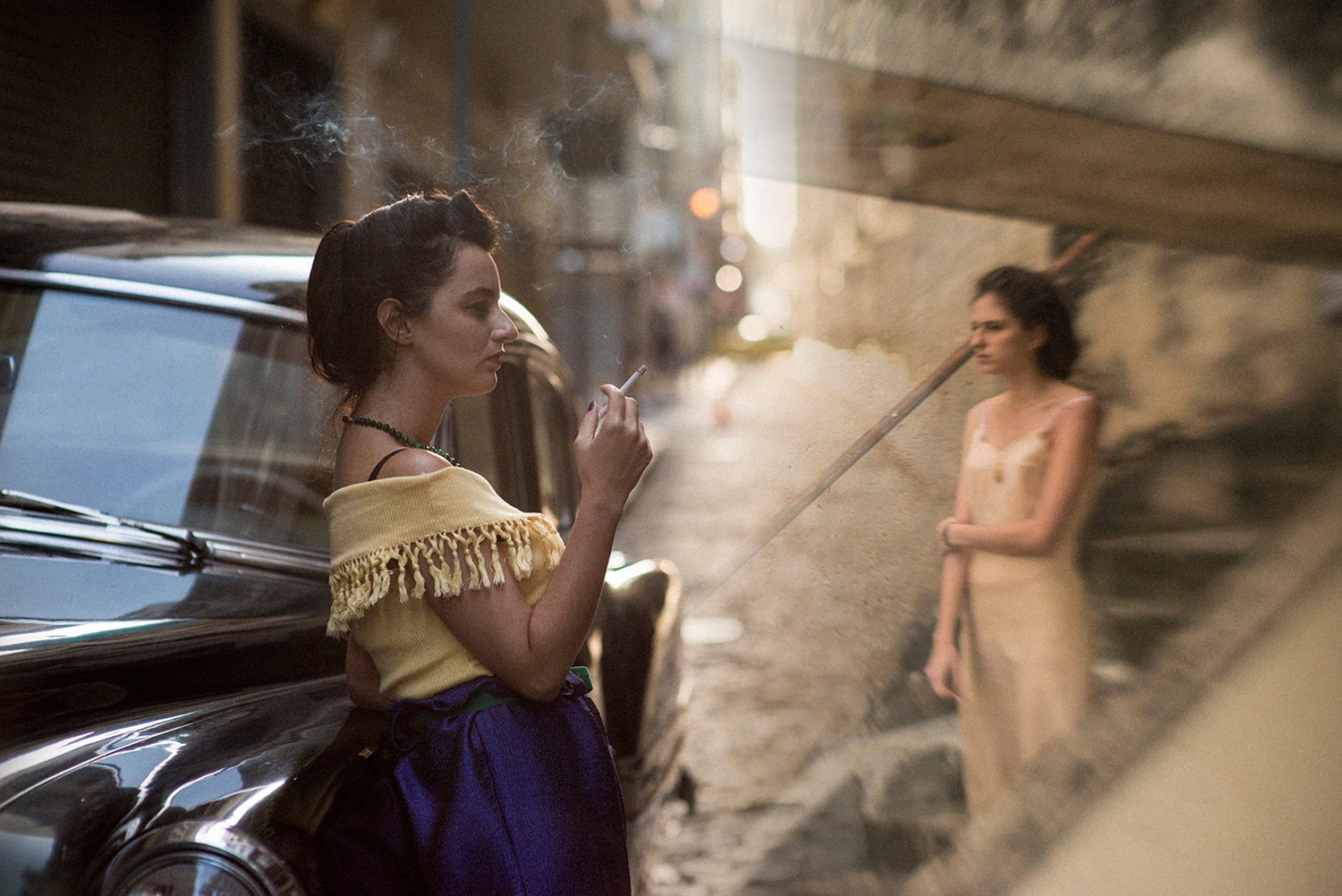 Karim A√Ønouz’s latest film is based on a novel by Martha Batalha.

The Invisible Life of Euridice Gusmao

A melodrama about the lives of two sisters set in 1950s Rio de Janeiro, the story grapples with themes of patriarchal oppression and chauvinistic cultural standards, which stifle the hopes and ambitions of women, leaving them to live unfulfilled lives. There is great beauty in this film drenched in sadness, with Carol Duarte (as the titular character) and Julia Stockler giving outstanding performances as the Gusmao sisters. 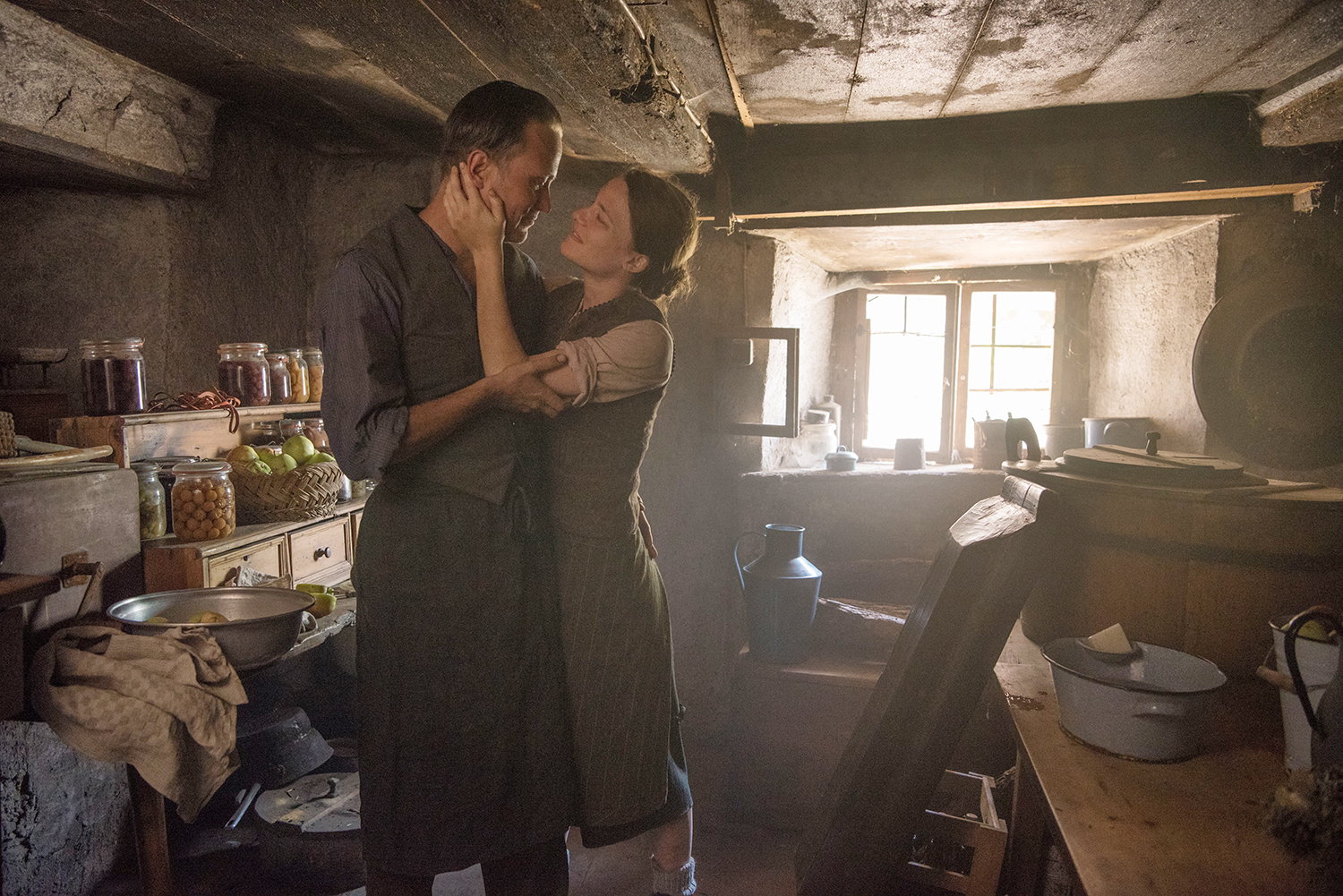 August Diehl and Valerie Pachner in “A Hidden Life.”

Terrence Malick‚Äôs long-awaited return to script-based filmmaking was described tiredly as a ‚Äúreturn to form‚Äù by critics who‚Äôd lost patience with his experimental style.

Set in the Austrian Alps during WW2, ‚ÄúA Hidden Life‚Äù is a transcendent philosophical investigation into authentic being and a man‚Äôs unshakeable morality. As Hitler‚Äôs poisonous ideology infects a farmer‚Äôs Edenic environment, Franz J√§gerst√§tter (August Diehl) takes a stand against the Nazis, refusing to pledge allegiance to the Third Reich and in doing so pays with his life. J√§gerst√§tter was made a saint by the Catholic Church in 2007.