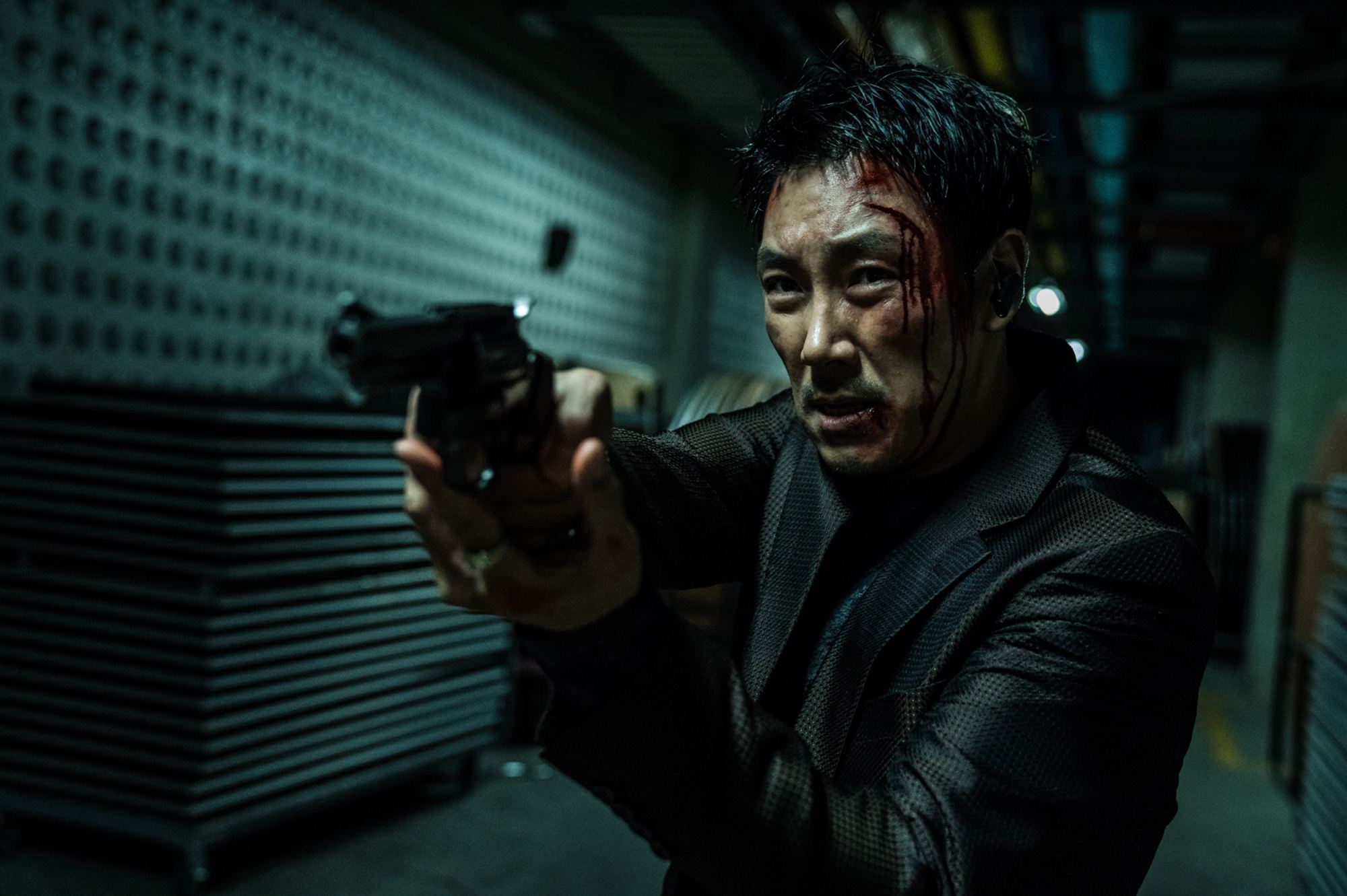 Anticipation is an expression of bias, which is not to say that the bias is uninformed. I have seen only two of the ten Asian films listed below (‚ÄúBurning‚ÄĚ and ‚ÄúBeliever,‚ÄĚ both for festivals)‚ÄĒbut my piqued interest in the others is not entirely arbitrary.

What commends these various titles from Japan, China, Korea and Laos is the filmmaking personnel involved and their prior filmographies, forging a link between past and future, and driving me to look out eagerly‚ÄĒand with extreme prejudice‚ÄĒfor whatever they do next. I‚Äôd recommend you do too. Of course this methodology prevents the inclusion of any directorial debuts.

Above: Cho Jin-woong as police detective Won-ho in ‚ÄúBeliever.‚ÄĚ 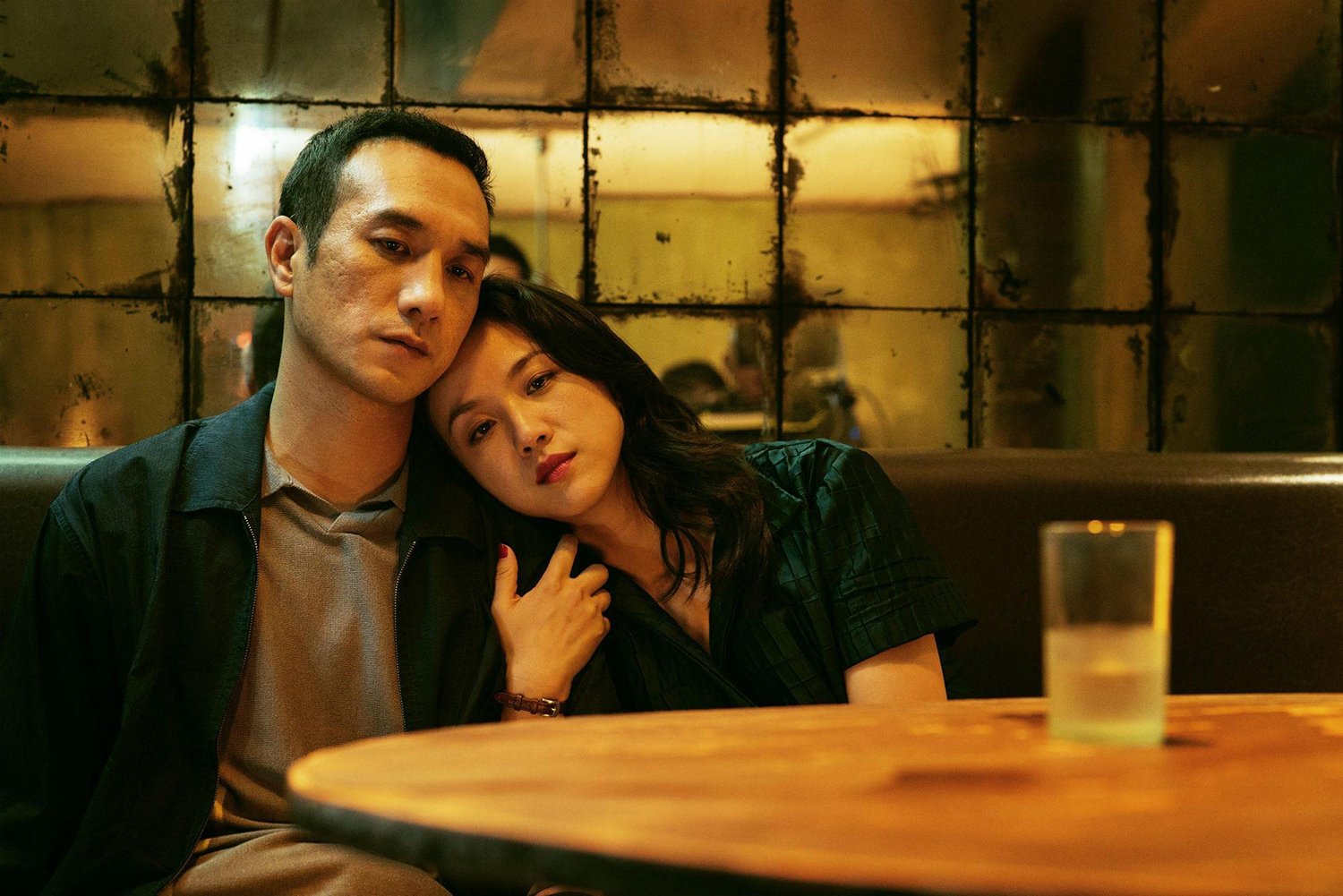 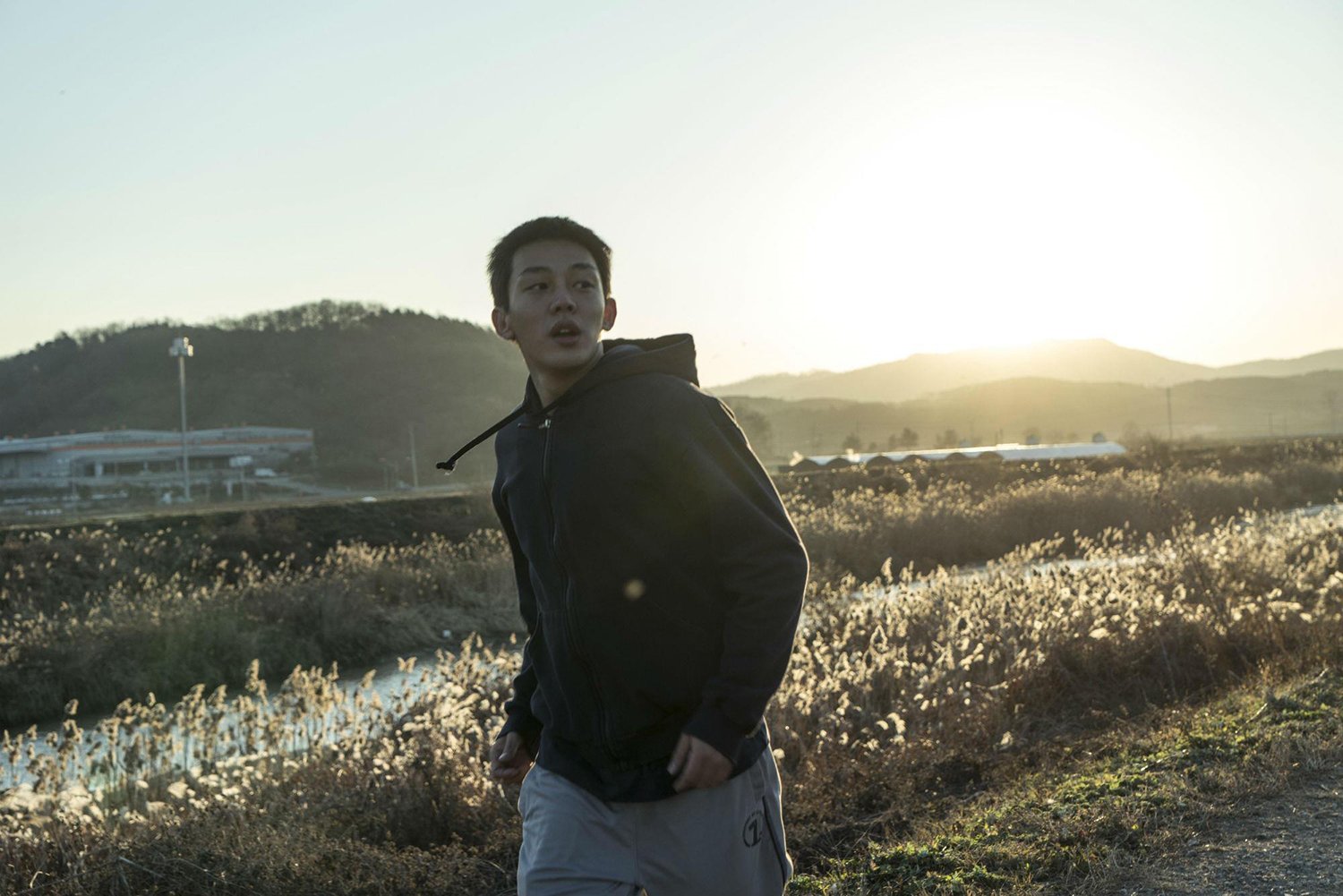 Already released theatrically in some regions in 2018, but not in (e.g.) the US and the UK until early 2019, ‚ÄúBurning‚ÄĚ is the sixth feature to be directed by novelist Lee Chang-dong (‚ÄúPoetry,‚ÄĚ 2010), and like all his films painstakingly explores the outer edges of the human condition. Adapted from the short story ‚ÄúBarn Burning‚ÄĚ by Japanese-American author Haruki Murakami, ‚ÄúBurning‚ÄĚ unfolds a combustible love triangle fuelled by jealousy, paranoia and class conflict. The burn may be slow, but it brings a toxic level of ambiguity that builds tangible tensions to the point of explosion.

Ghosts of the past haunt Mattie Do‚Äôs ‚ÄúThe Long Walk.‚ÄĚ

With her pioneering features ‚ÄúChanthaly‚ÄĚ(2012) and ‚ÄúDearest Sister‚ÄĚ (2016), Mattie Do has proved herself both Laos‚Äô first female director and its first genre director. Her latest, ‚ÄúThe Long Walk‚ÄĚ (Bor Mi Vanh Chark), promises a blend of sci-fi and the supernatural, as the ghost of a young girl regularly walks with an old man along the country road where she was accidentally killed when he was a boy, and shows him a way to travel back in time to the death of his mother. Once again, the screenplay has been written by Do‚Äôs husband Christopher Larsen. 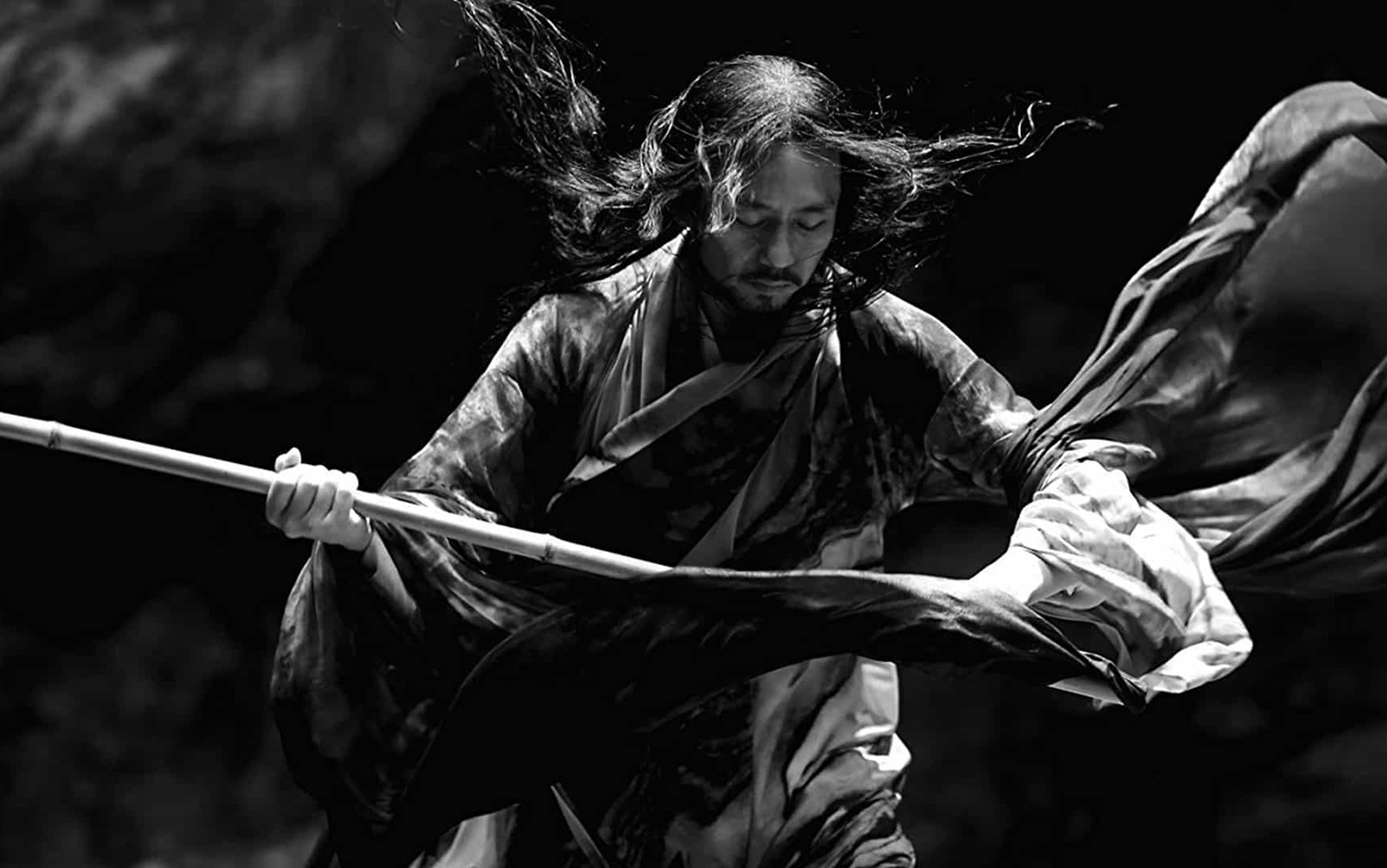 With ‚ÄúRed Sorghum‚ÄĚ (1988), ‚ÄúJu Dou‚ÄĚ (1990) and ‚ÄúRaise The Red Lantern‚ÄĚ (1991), Zhang Yimou established himself as China‚Äôs master of colour-coded, slyly political, arthouse cinema, and a darling of the international film circuit. Then with ‚ÄúHero‚ÄĚ (2002), ‚ÄúHouse of Flying Daggers‚Äú (2004) and Curse of the Golden Flower (2006), he reinvented himself, along with the wuxia genre, by crafting an ornate, florid form of art fu. His latest ‚ÄúShadow‚ÄĚ (Ying), a martial epic set in the Three Kingdoms era, interweaves double-dealing strategy and issues of women‚Äôs marginalisation through its stylised battles. It ought to be unmissable. 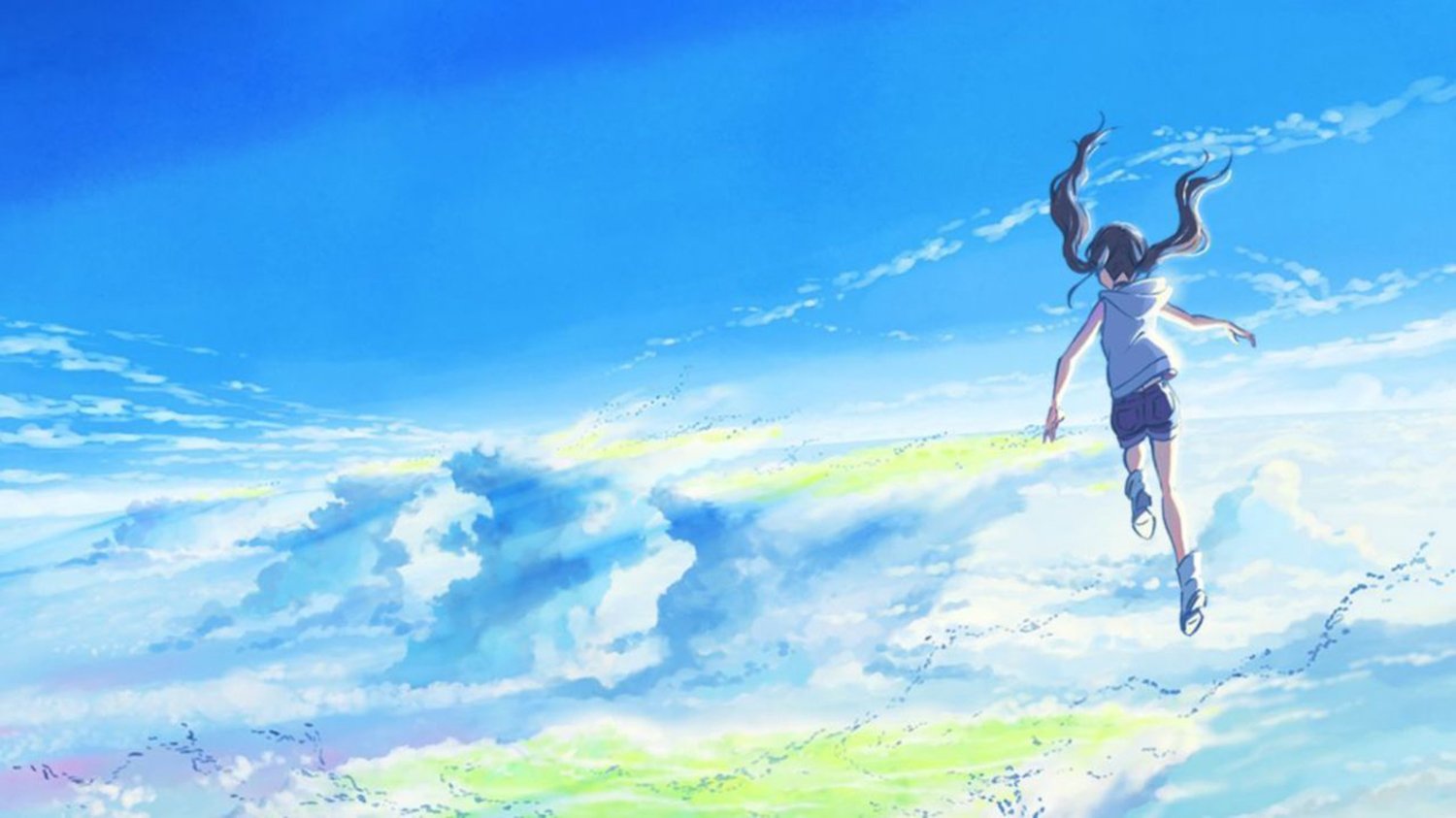 Writer/director Makoto Shinkai enjoyed huge box-office success with his body-switching anime ‚ÄúYour Name‚ÄĚ (2016). Now he follows this up with another romantic fantasy, ‚ÄúWeathering With You‚ÄĚ (Tenki no Ko), in which high-school student Hotaka Morishima (voiced by Kotaro Daigo) moves from his island to rain-swept Tokyo. There, down on his luck, he takes a job with an occult magazine, and meets young Akina Amano (Nana Mori) who is gifted with a mysterious power to control the weather. Expect tricky concepts grounded in sensitively observed characterisation, luscious animation, and an adult take on young love. 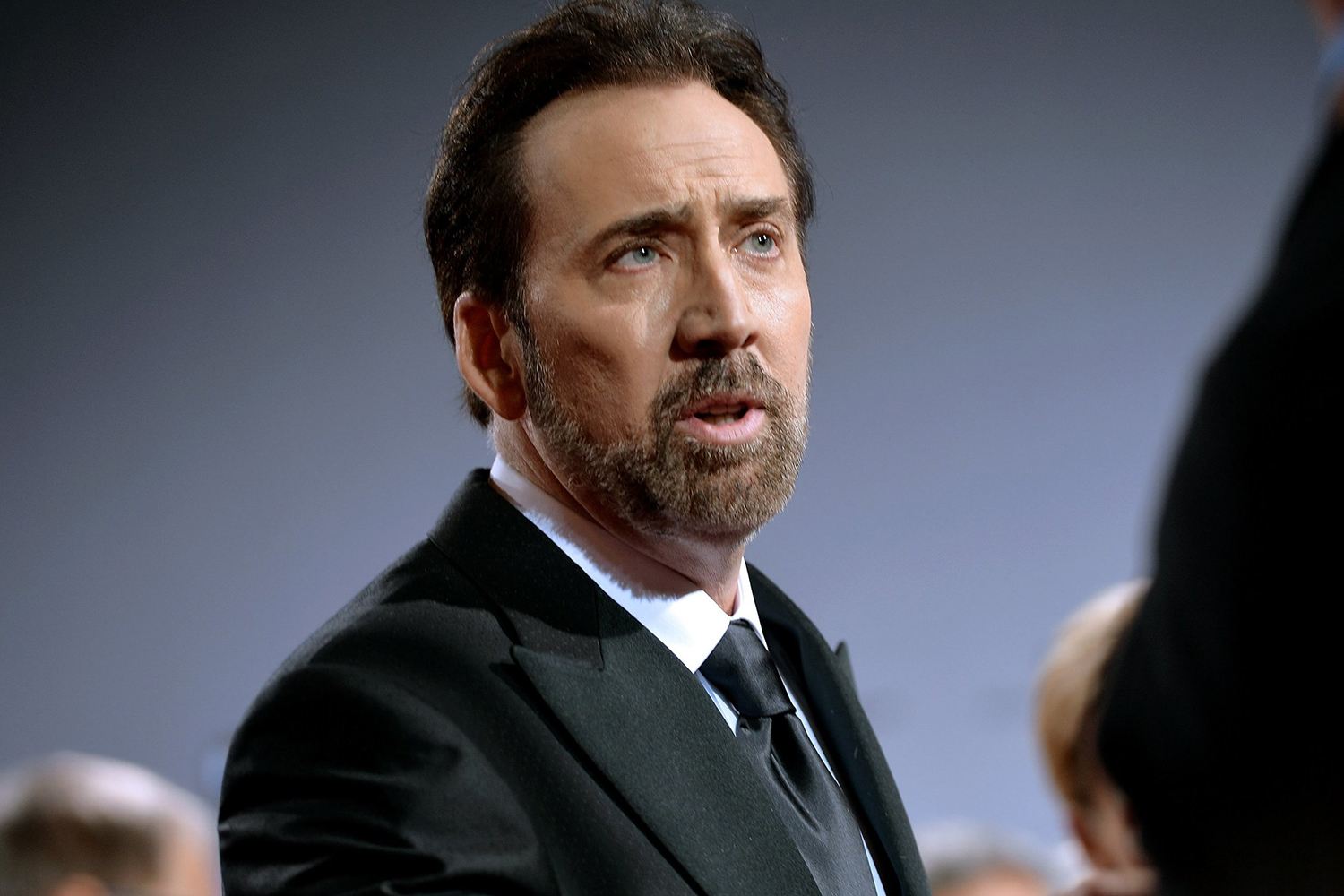 Prisoners of the Ghostland

Sion Sono is one of Japanese cinema‚Äôs bad boys, churning out indie films with an energy and pace that typically matches their punkish content. Nicolas Cage is an actor who explores every nook and nuance of over-the-top performance. The very idea that the director behind ‚ÄúLove Exposure‚ÄĚ (2008), ‚ÄúCold Fish‚ÄĚ (2010) and ‚ÄúWhy Don‚Äôt You Play In Hell?‚ÄĚ (2013) and the star of ‚ÄúRaising Arizona‚ÄĚ (1987), ‚ÄúBad Lieutenant‚ÄĚ (2009) and ‚ÄúMandy‚ÄĚ (2018) should work together seems both to make perfect sense and to promise something absolutely off the charts. Let‚Äôs hope this post-apocalyptic supernatural action thriller delivers. 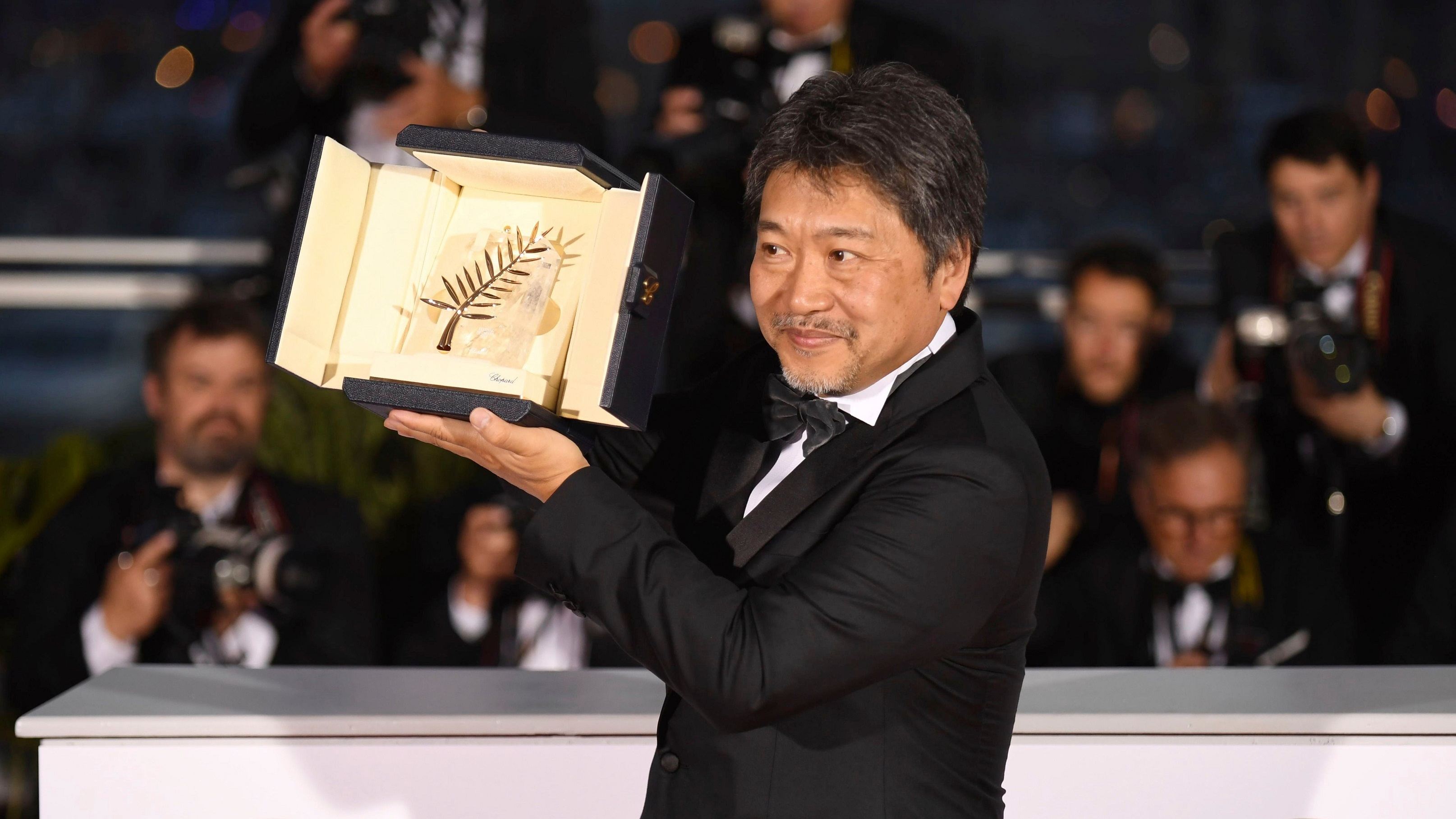 Sometimes just the name of the writer/director is enough to spark your anticipation. With films like ‚ÄúAfter Life‚ÄĚ (1998), ‚ÄúNobody Knows‚ÄĚ (2004), ‚ÄúStill Walking‚ÄĚ (2008) and his Palme d‚ÄôOr winner ‚ÄúShoplifters‚ÄĚ (2018), Hirokazu Kore-eda has proved himself a deft observer of humanity. His next film, ‚ÄúThe Truth,‚ÄĚ is also to be his first made outside Japan (indeed, in France). Catherine Deneuve appears as an actress (also called Catherine) negotiating a difficult relationship with her daughter while also shooting a sci-fi about an ageless mother‚ÄĒwhich all sounds very meta. Juliette Binoche, Ludivine Sagnier and Ethan Hawke will also star. 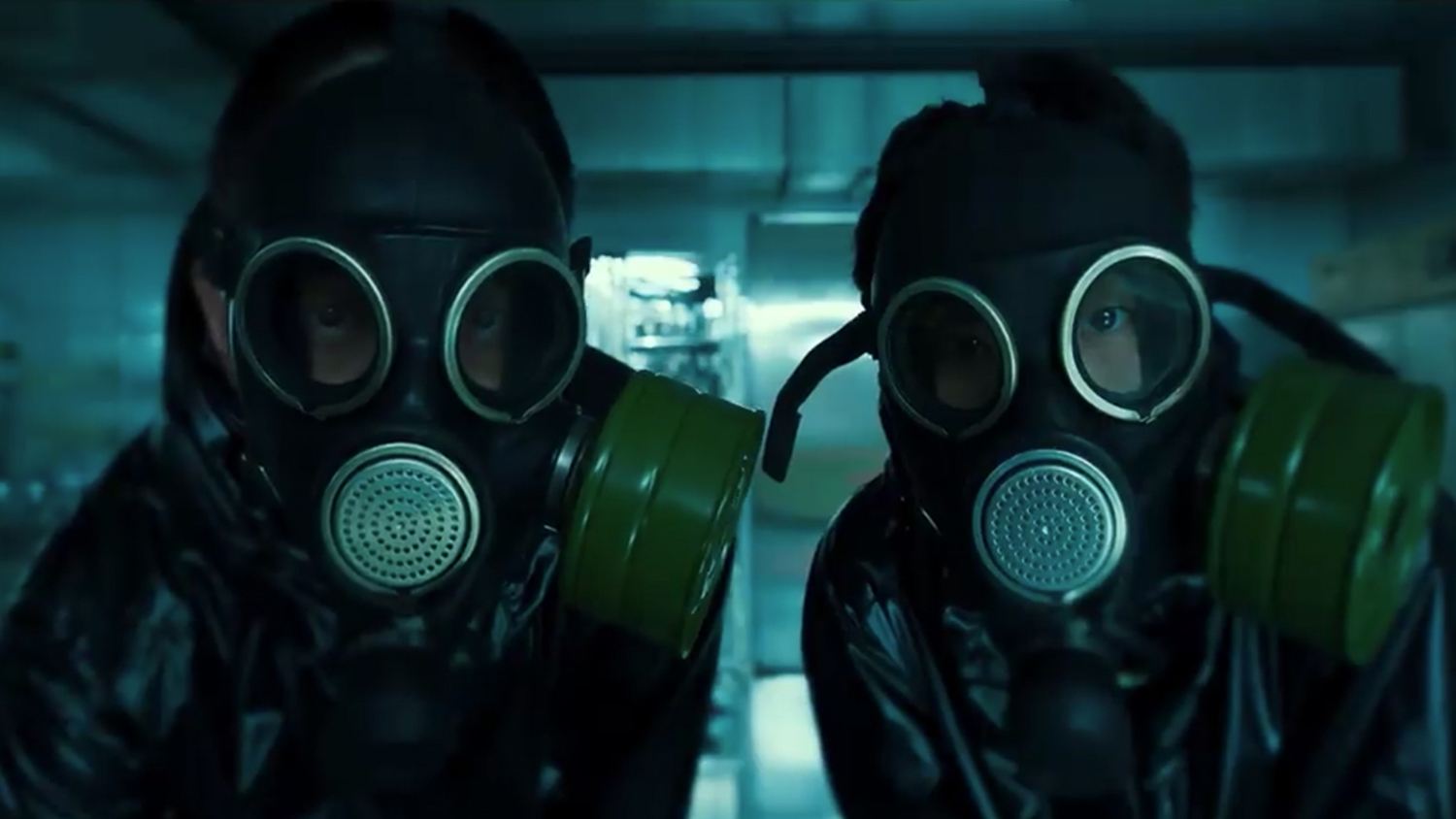 In this remake of Johnnie To‚Äôs ‚ÄúDrug War‚ÄĚ (2012), a police team tasked with bringing down a vast drug-manufacturing consortium recruits a betrayed underling (Ryu Jun-yeol) to help them. There ensues a tense, taut and twisty masquerade of double agency, where the stakes are dangerously high, and where appearance always trumps reality, with hints, especially towards the end, of a social allegory that exposes a nation more interested in image than in truth. A box-office smash in its native South Korea when it was released in May 2018, Lee Hae-young‚Äôs ‚ÄúBeliever‚ÄĚ will hopefully be released in Europe in 2019. 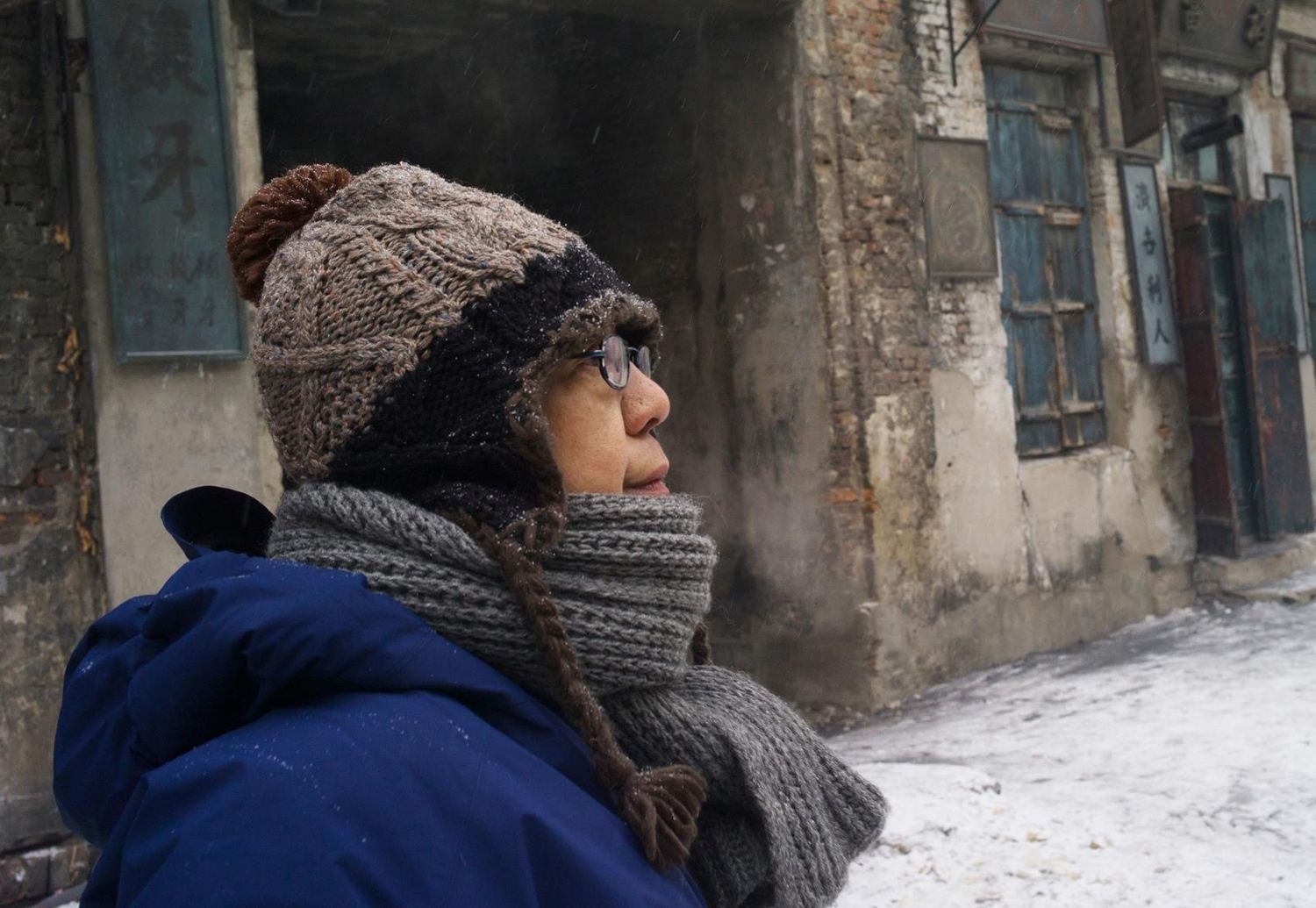 Speaking of Johnnie To, ‚ÄúEight & A Half‚ÄĚ (‚ÄúBaat Bou Bun‚ÄĚ), produced by To, is an anthology film that will feature eight separate episodes set in Hong Kong from the 1940s to the present day. At this point it is anyone’s guess if or indeed how the film will link to Federico Fellini‚Äôs similarly titled metacinematic masterwork ‚Äú8¬Ĺ‚ÄĚ (1963)‚ÄĒbut the division of the film‚Äôs different chapters amongst old-school local helmers Ann Hui, Sammo Hung, Ringo Lam, Patrick Tam, Tsui Hark, John Woo, Yuen Woo-Ping and To himself suggests that this will be a history not just of Hong Kong but also of its cinema. 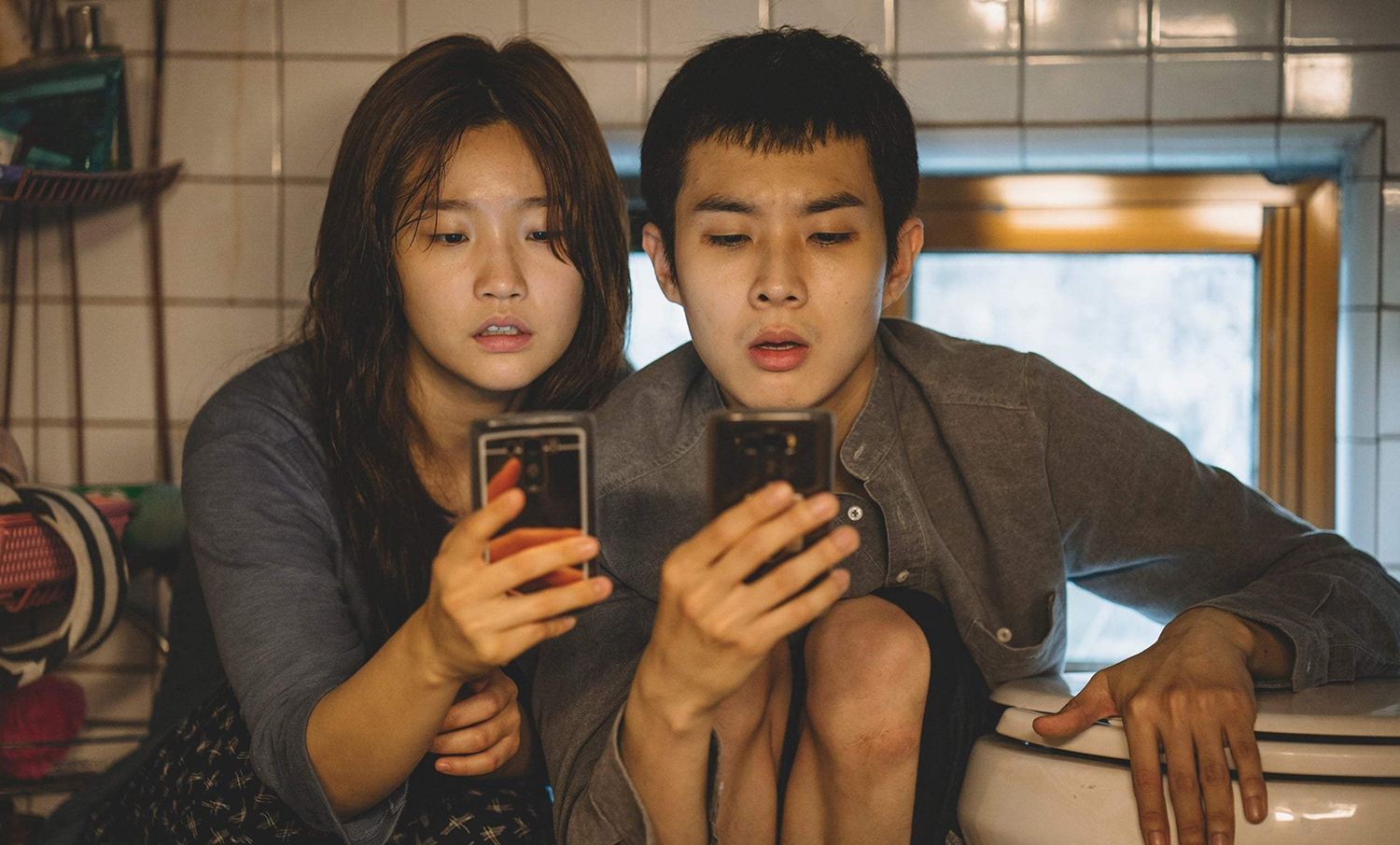 Having already collaborated on ‚ÄúMemories of Murder‚ÄĚ (2003), ‚ÄúThe Host‚ÄĚ (2006) and ‚ÄúSnowpiercer‚ÄĚ (2013), Korean director Bong Joon-ho and actor Song Kang-ho are teaming up once again, this time on a film that sees Bong return to his Korean homeland and language after excursions abroad with ‚ÄúSnowpiercer‚ÄĚ and ‚ÄúOkja‚ÄĚ (2017). Despite the title, which might appear suggestive of a genre film, Parasite is said to be a drama, tracing two separate families which are different yet somehow similar to each other. Not much else is as yet known about it, but the Bong-Song dream team is always beyond dependable.