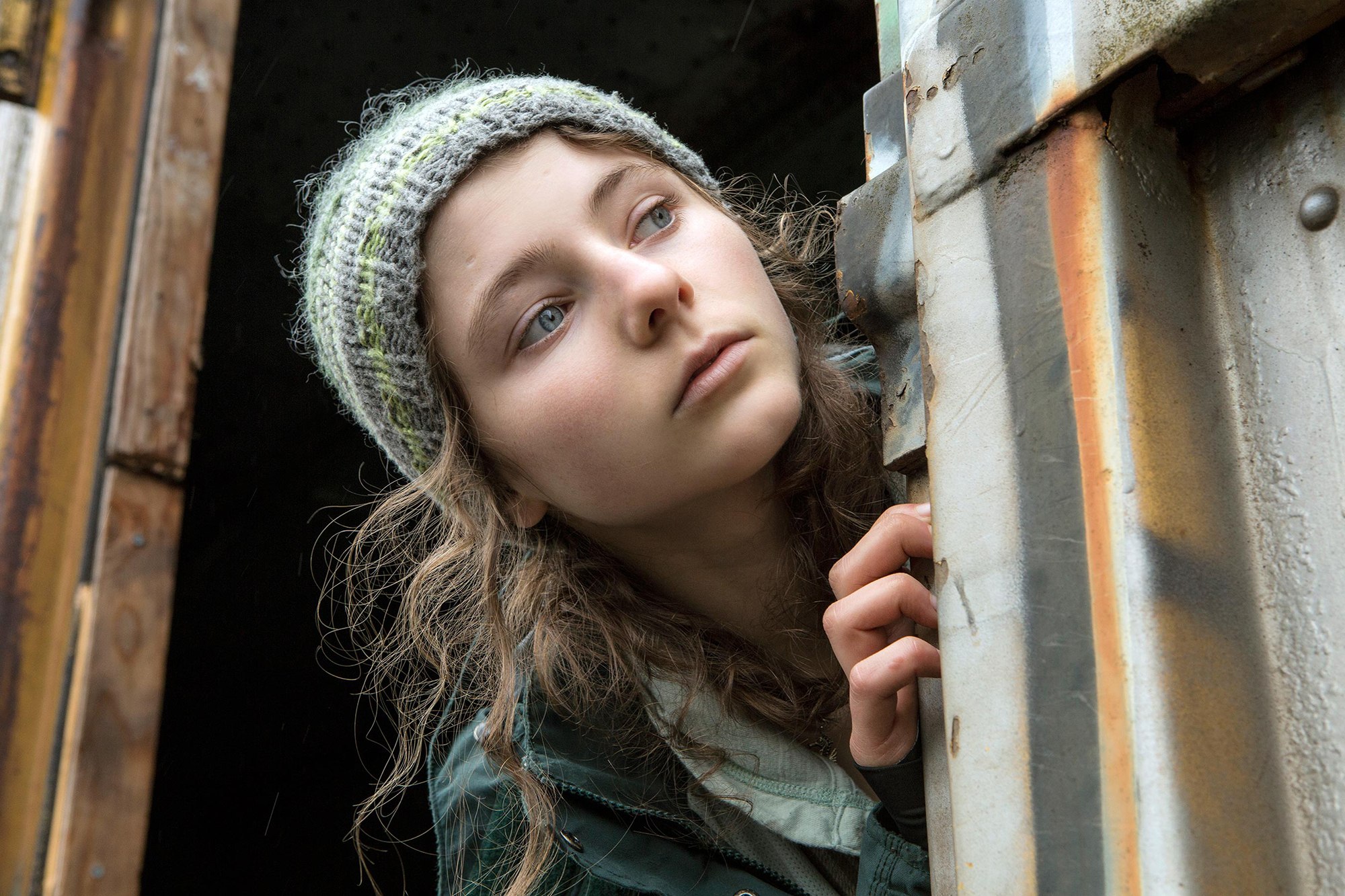 2018 has been an incredible for movies. So good in fact, compiling a list of ten films was a tough nut to crack. Plenty of excellent titles were left out.

Below you‚Äôll find movies from around the world and all deserving of a place on the final list.

Above: Thomasin McKenzie in “Leave No Trace.” 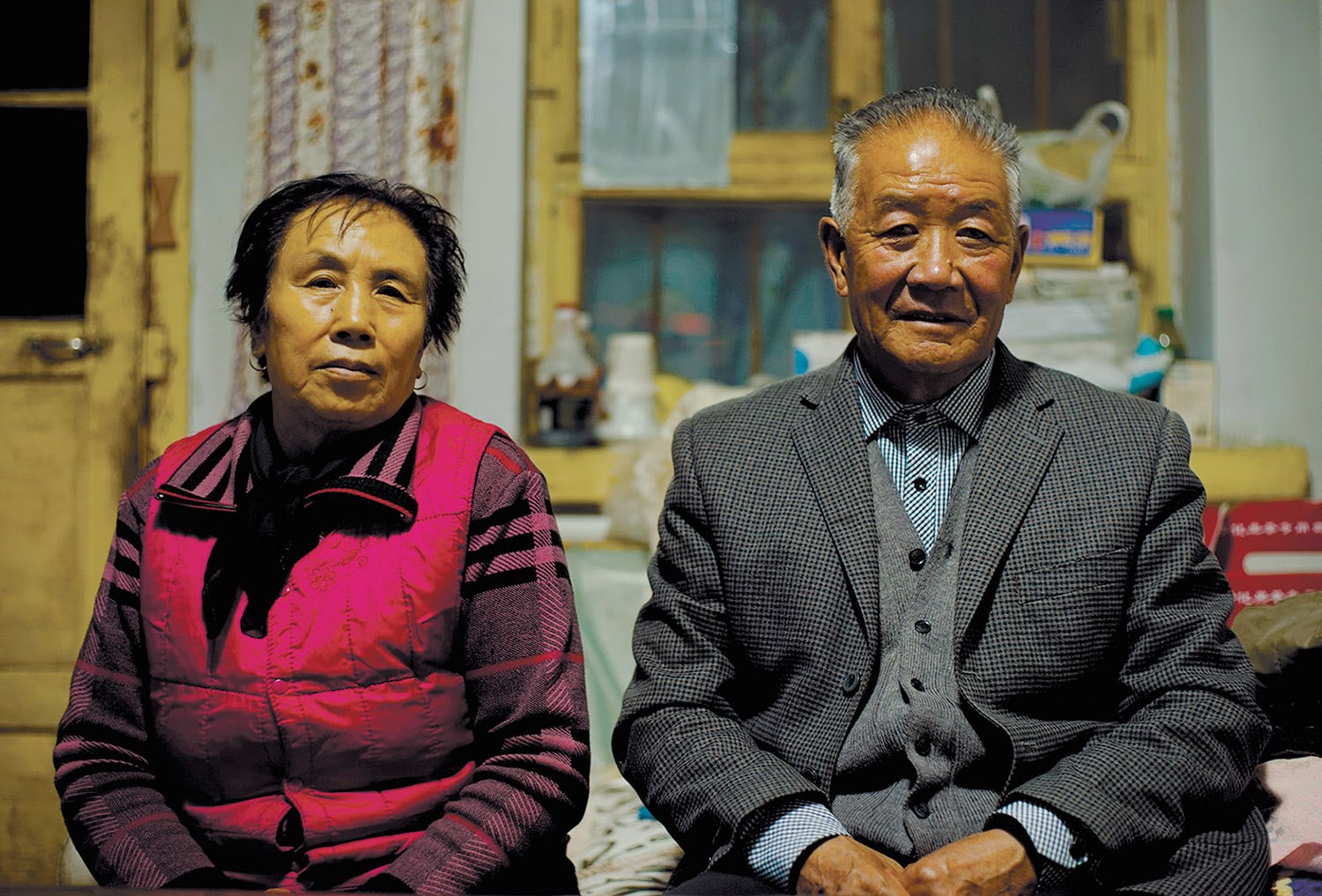 Wang Bing‚Äôs documentary, ‚ÄúDead Souls,‚Äù interviews elderly survivors of Chairman Mao‚Äôs late-1950s anti-rightest suppressions, whereupon individuals in the Chinese communist party were deemed enemies of the state and capitalist saboteurs. Thousands were sent off to labour camps in barren parts of the country, with the intention being ‚Äúpolitical re-education.‚Äù Only 500 survived.

Filmed between 2005 and 2012, running at almost 9 hours, Wang Bing‚Äôs mournful epic might be a niche topic and subject matter, but committing wholly to it reaps vast rewards. Haunting tales of abject misery and cannibalism drive home the message, that humankind has a ready and willing capacity for inhumanity. 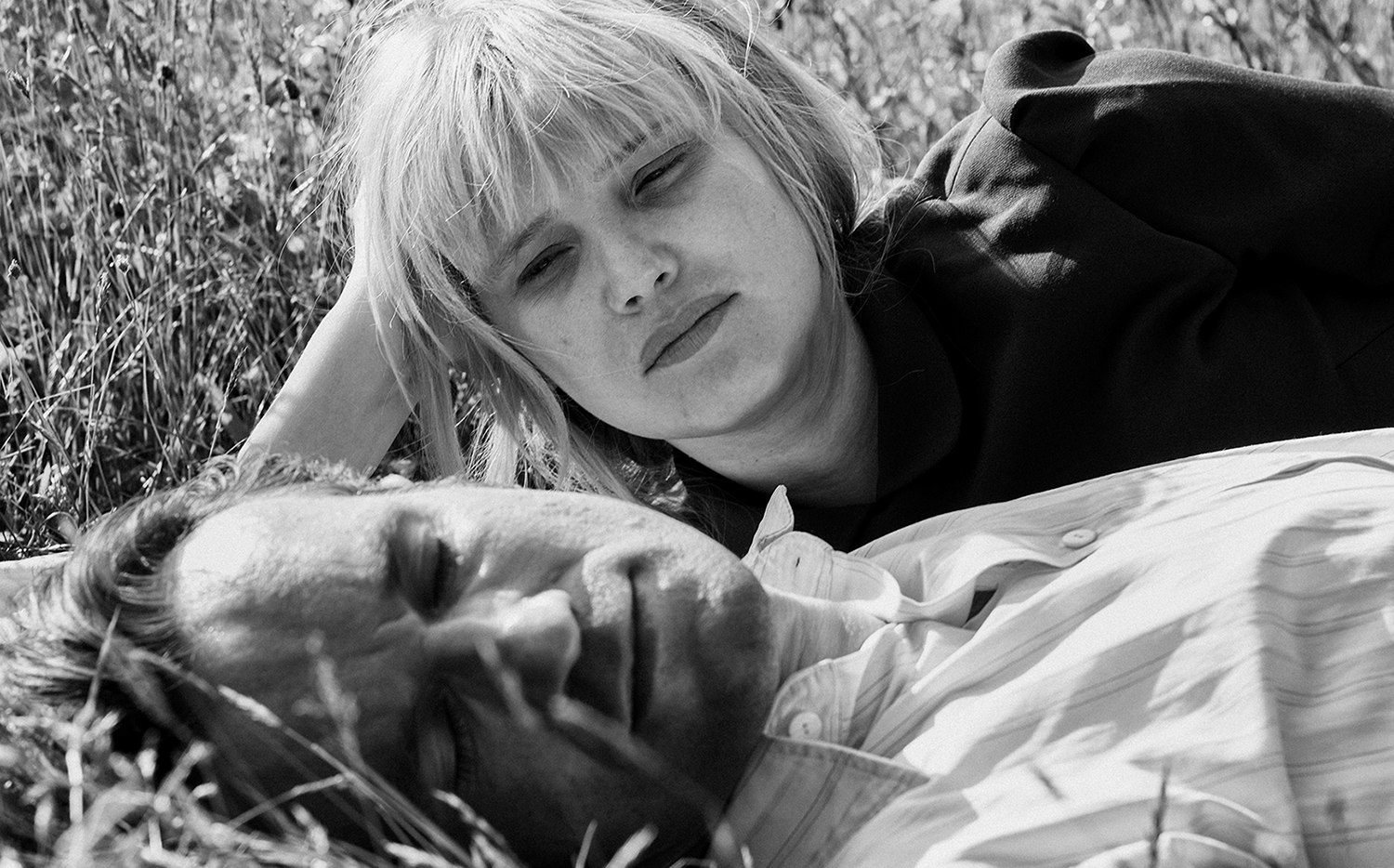 Set in 1950s post-war communist Europe, ‚ÄúCold War‚Äù is a masterclass in economic storytelling (the film runs a mere 84 minutes) powered by dreamy monochrome visuals and unforgettable lead performances. An Orwellian romance and variation on the ‚Äúcan‚Äôt live with them, can‚Äôt live without them‚Äù theme, the film depicts a very tragic love story between a young singer and her music teacher lover, over the course of a decade, their paths crossing and diverting for lengthy periods. 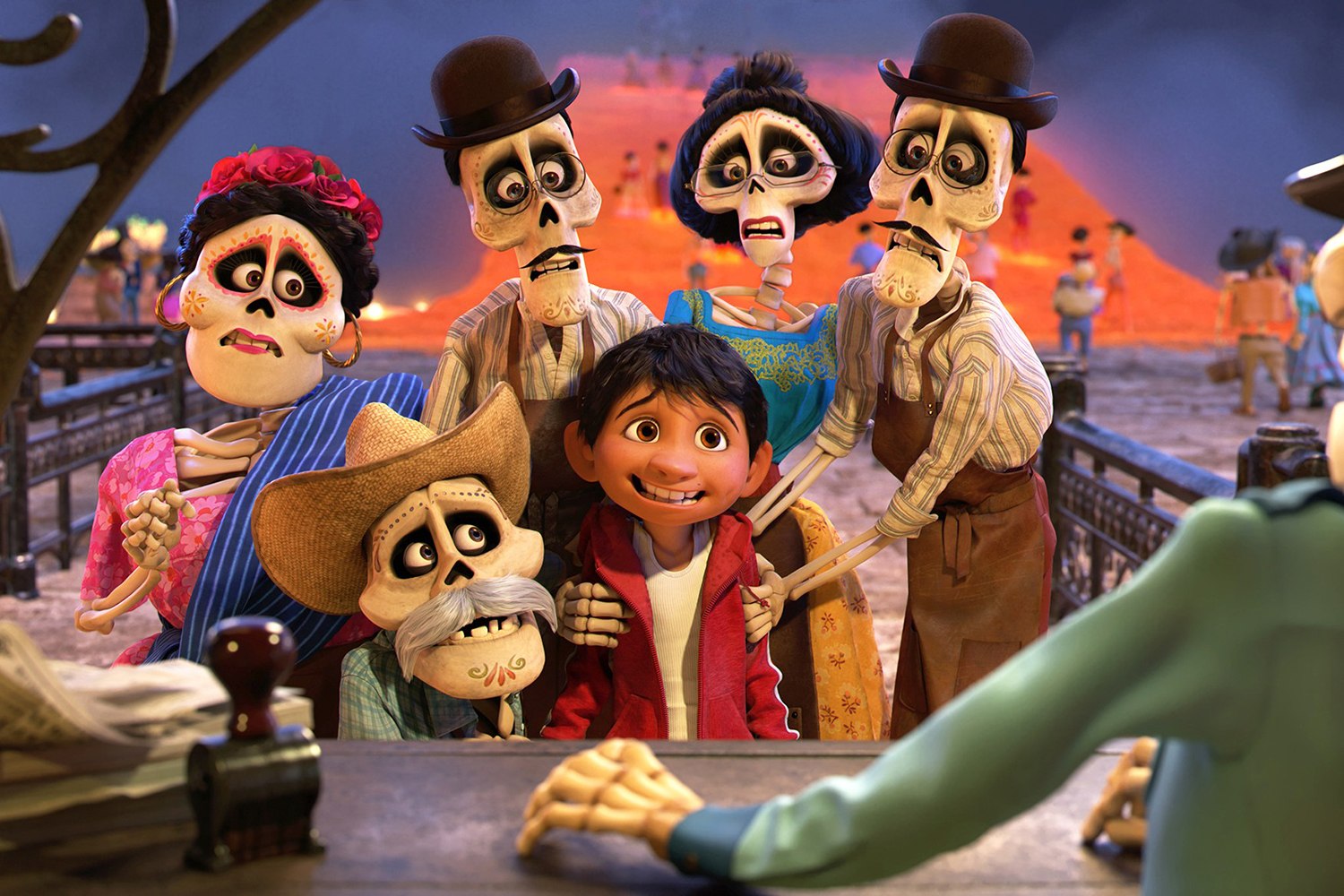 Deserving winner of two Academy Awards (Best Animated Feature and Best Original Song), Lee Unkrich‚Äôs ‚ÄúCoco‚Äù gets even better on repeat viewings. It ranked highly in our mid-year roundup and it‚Äôs one of the few movies which made the grade for our end of year list.

Disney-Pixar‚Äôs greatest work to date, ‚ÄúCoco‚Äù captured the joys and sorrows of life in a way that felt sublime and true. 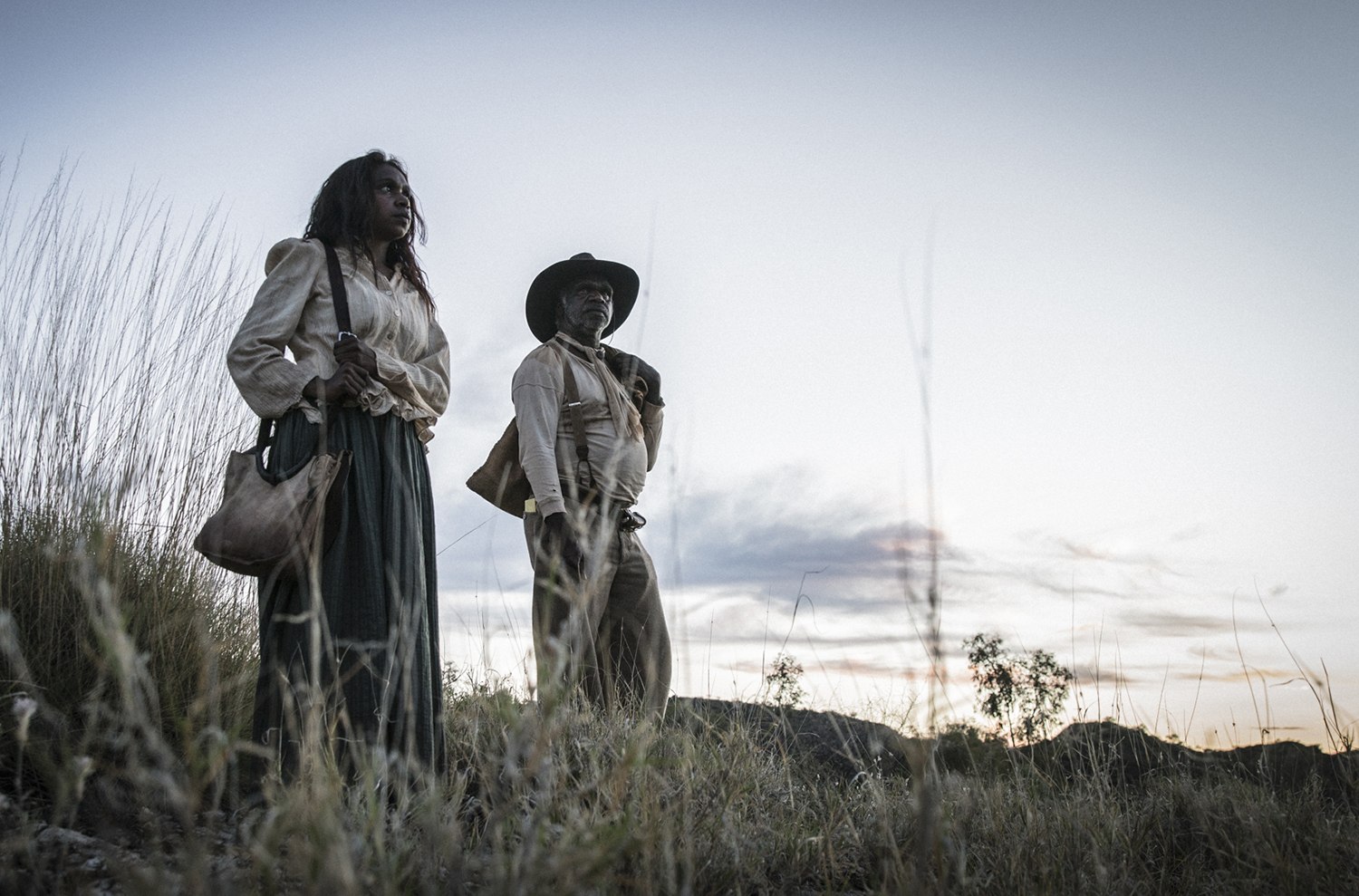 An Aboriginal farm worker shoots dead a WW1 veteran (in self-defence) and goes on the run across the Outback, in Warwick Thornton‚Äôs award-winning ‚ÄúSweet Country.‚Äù

The abrupt use of the flash-forward editing technique lends ‚ÄúSweet Country‚Äù an abstract quality, which precisely disrupts the classical narrative of love and revenge, lending the film a sense of doom and pessimism. Familiar faces Bryan Brown, Sam Neill and Ewen Leslie lend support, but the film‚Äôs stars are Hamilton Morris as Sam Kelly, the farm worker turned outlaw, and Thornton‚Äôs cinematography. 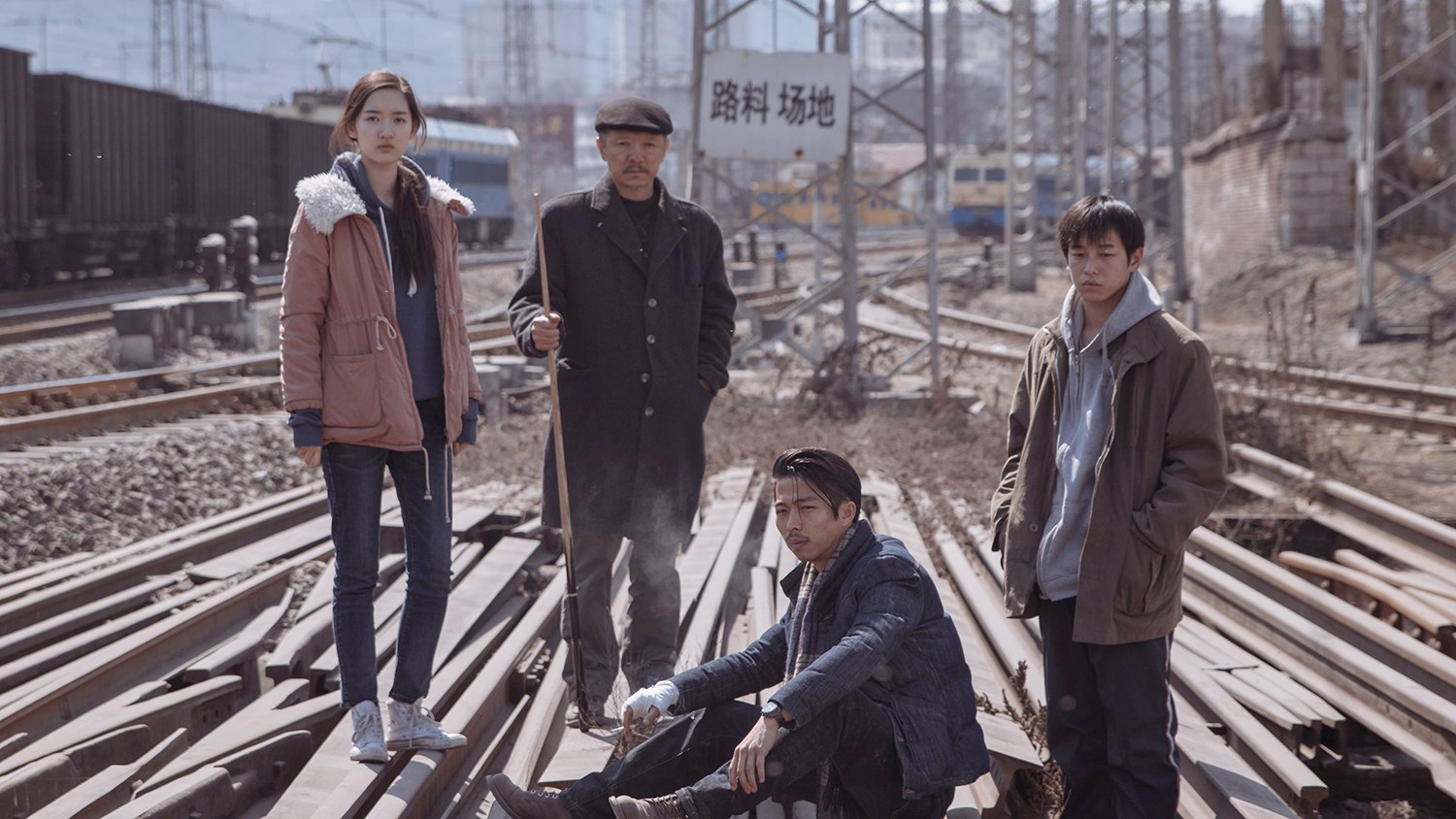 The ensemble cast from “An Elephant Sitting Still.”

Upon finishing his debut feature film novelist turned director, Hu Bo, committed suicide. He was 29. ‚ÄúAn Elephant Sitting Still‚Äù is the filmmaker‚Äôs artistic legacy on the big screen, and it is a fine one.

Following a group of economically-deprived characters in an industrial Chinese town, over the course of a single day, from dawn to dusk, ‚ÄúAn Elephant Sitting Still‚Äù is a near 4-hr saga unrelentingly focused on the trials and tribulations (and existential horrors) of everyday life. A haunting and despairing drama, ‚ÄúAn Elephant Sitting Still‚Äù is a film searching for glimmers of hope in an uncaring world. 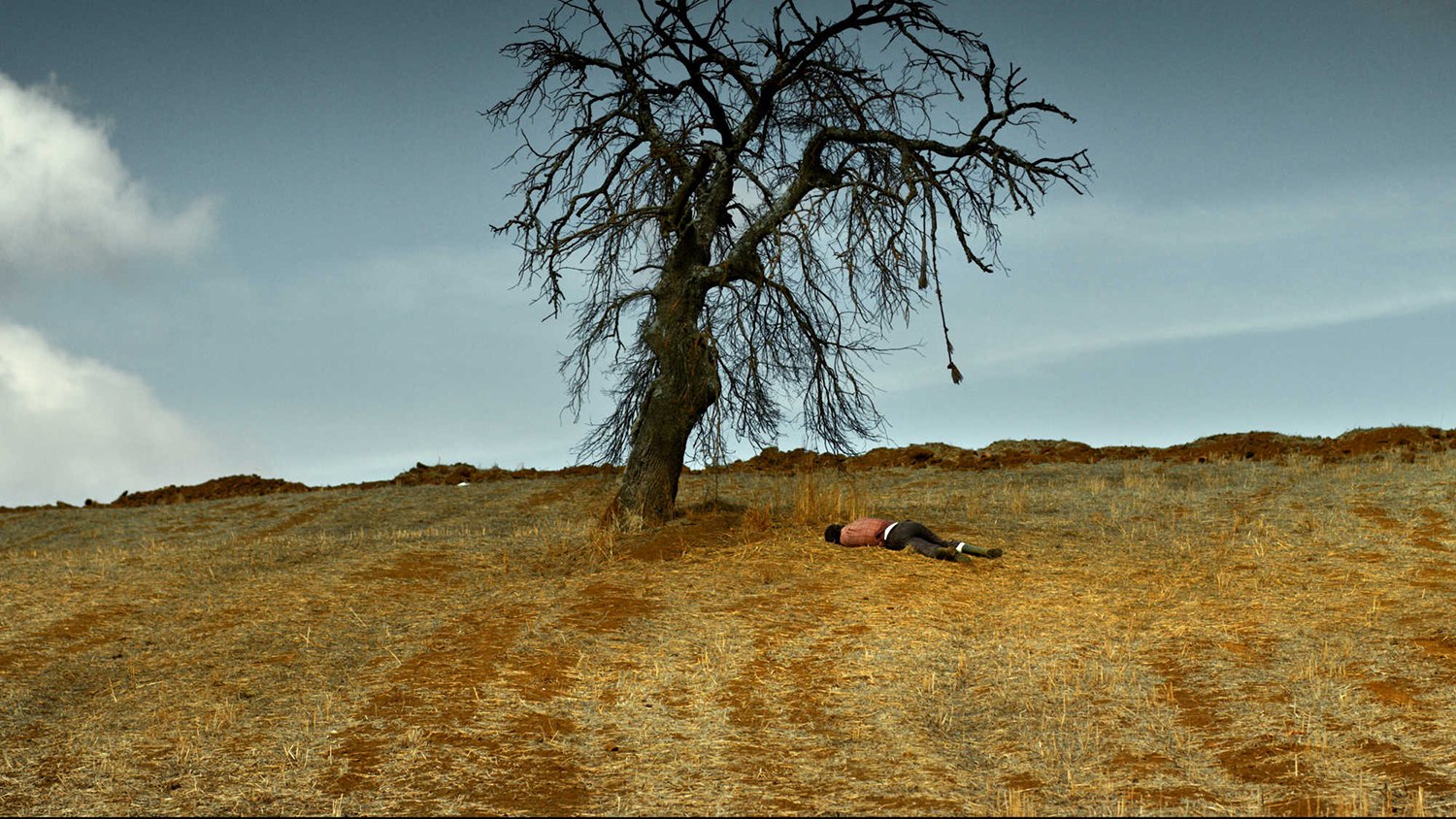 Making its bow at 2018‚Äôs ‚ÄúCannes Film Festival‚Äù as a late addition to the Official Selection, ‚ÄúThe Wild Pear Tree‚Äù is the story of a young frustrated writer returning to the village where he grew up. Lyrical, rich with emotional detail and gorgeously photographed, Ceylan struck creative gold, again. 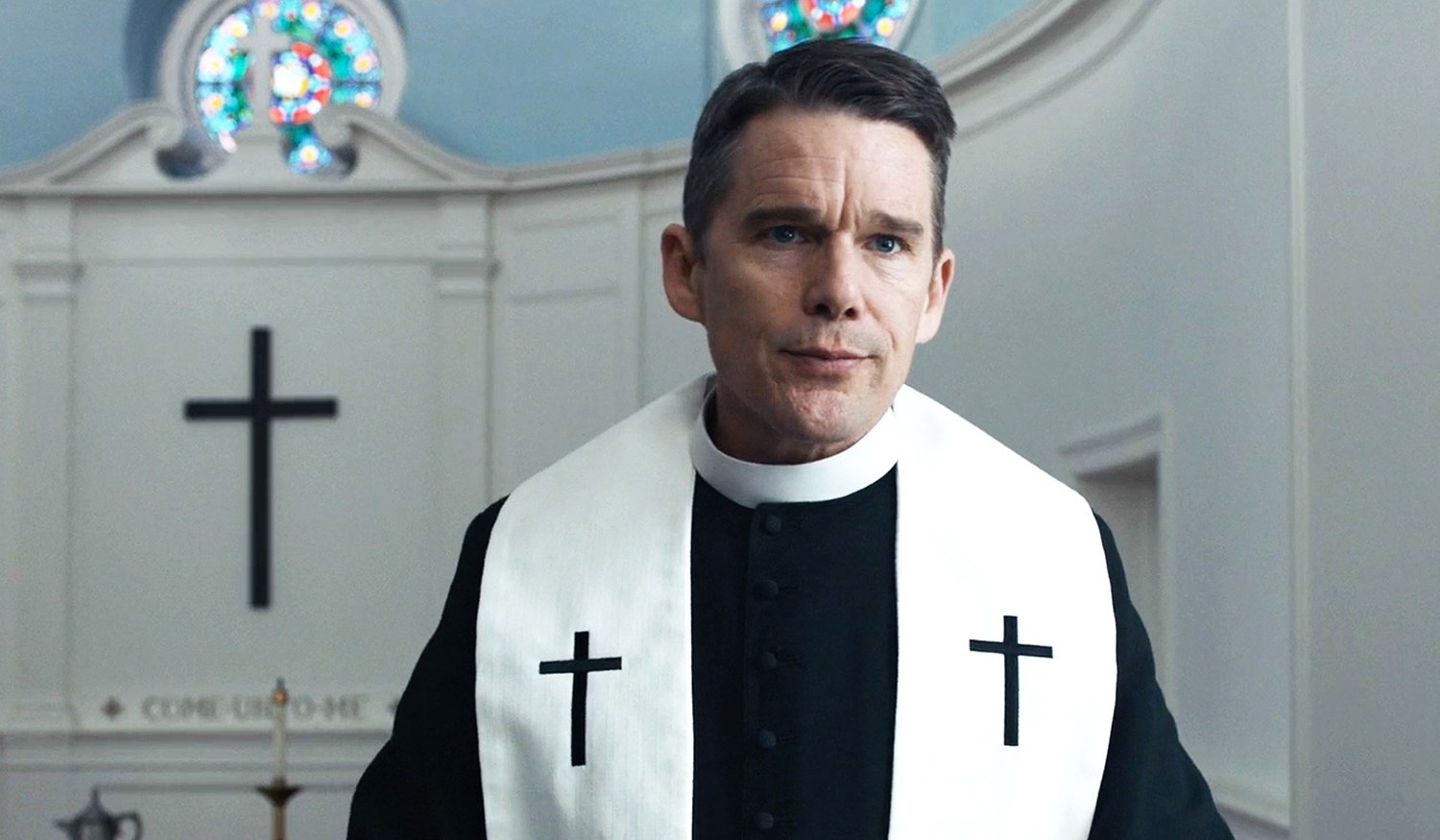 ‚ÄúFirst Reformed‚Äù is a late-era masterpiece from director and screenwriter, Paul Schrader. Ethan Hawke, too, has never delivered such a captivating and powerful performance before.

‚ÄúFirst Reformed‚Äù works as a spiritual companion piece to Martin Scorsese‚Äôs ‚ÄúTaxi Driver‚Äù (screenplay by Schrader), this time switching the character to an angst-ridden parish priest, whose life and beliefs change after befriending an eco-warrior and his pregnant wife. Everything works in what feels like an almost magical, alchemical, aesthetic unison: from the sound design (footsteps have rarely sounded so laden with existential symbolism) to its austere camerawork and compositions to a shocking plot trajectory. 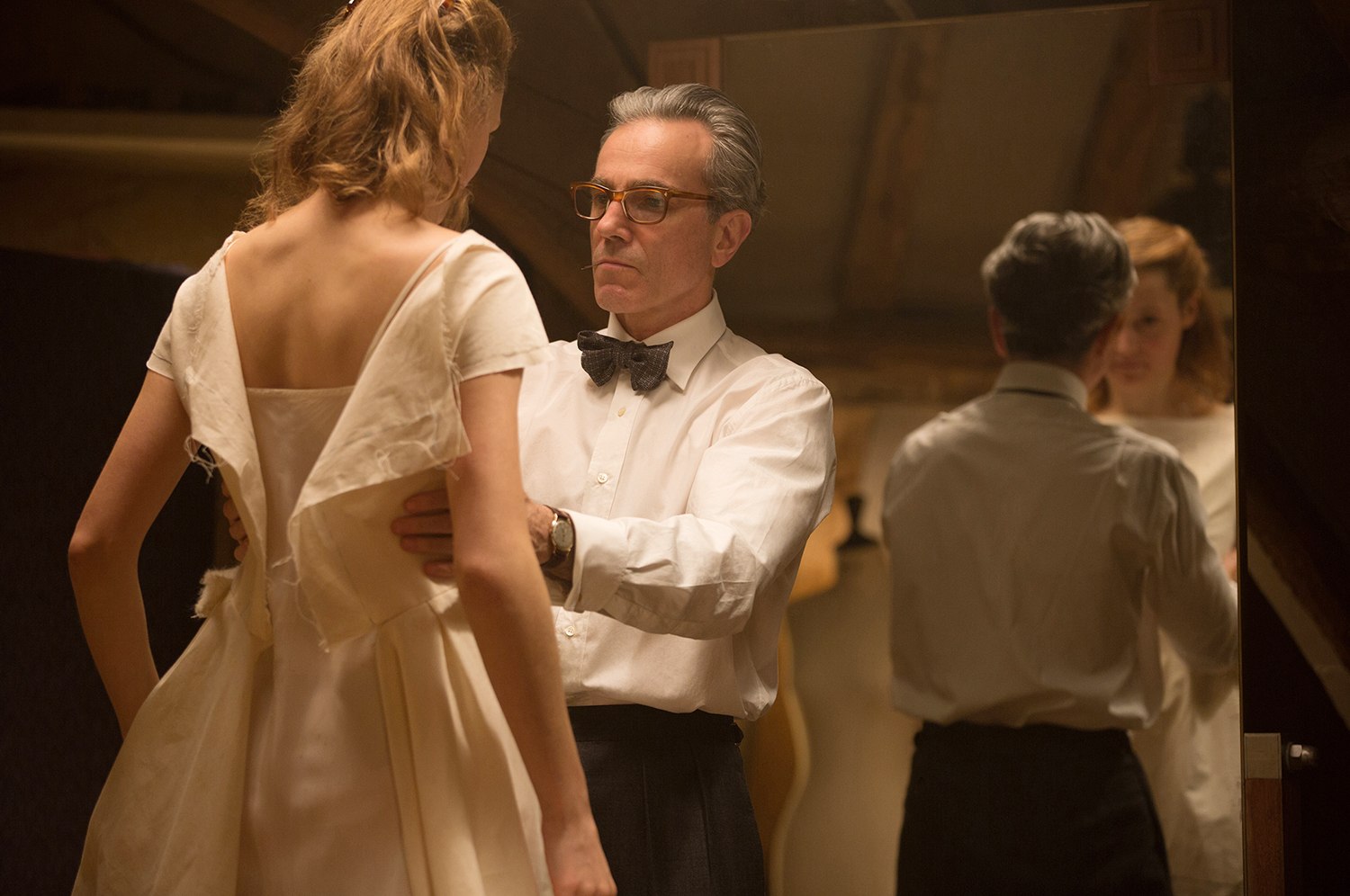 Paul Thomas Anderson‚Äôs American, outsider eye, brought fresh perspective to a tale of very English perversity. ‚ÄúPhantom Thread‚Äù is another from our list earlier in the year, which made final cut. 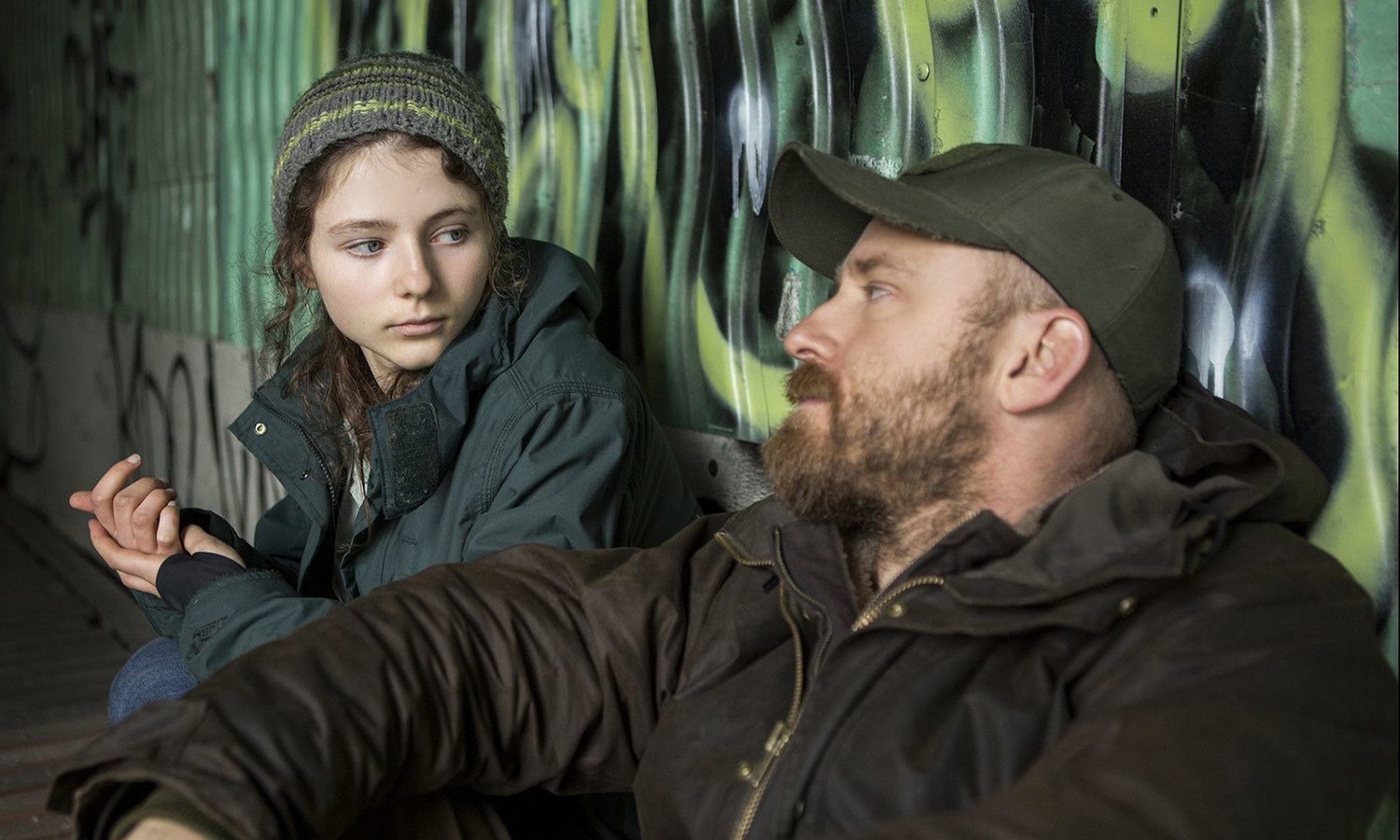 A father and daughter live off grid in Debra Granik‚Äôs superb drama.

Debra Granik‚Äôs ‚ÄúLeave No Trace‚Äù cuts deep. As with our highest ranked selection in the list, it features a psychologically damaged American soldier as the main character.

Starring Ben Foster and Thomasin McKenzie, as a father and daughter living off grid in the forest of the Pacific Northwest, the ex-soldier unable to function for long in everyday society. He wants to avoid the world, whereas his 13-year-old daughter feels its pull. Ringing with empathy and full of dramatic tension, Granik‚Äôs direction is nothing short of masterful. 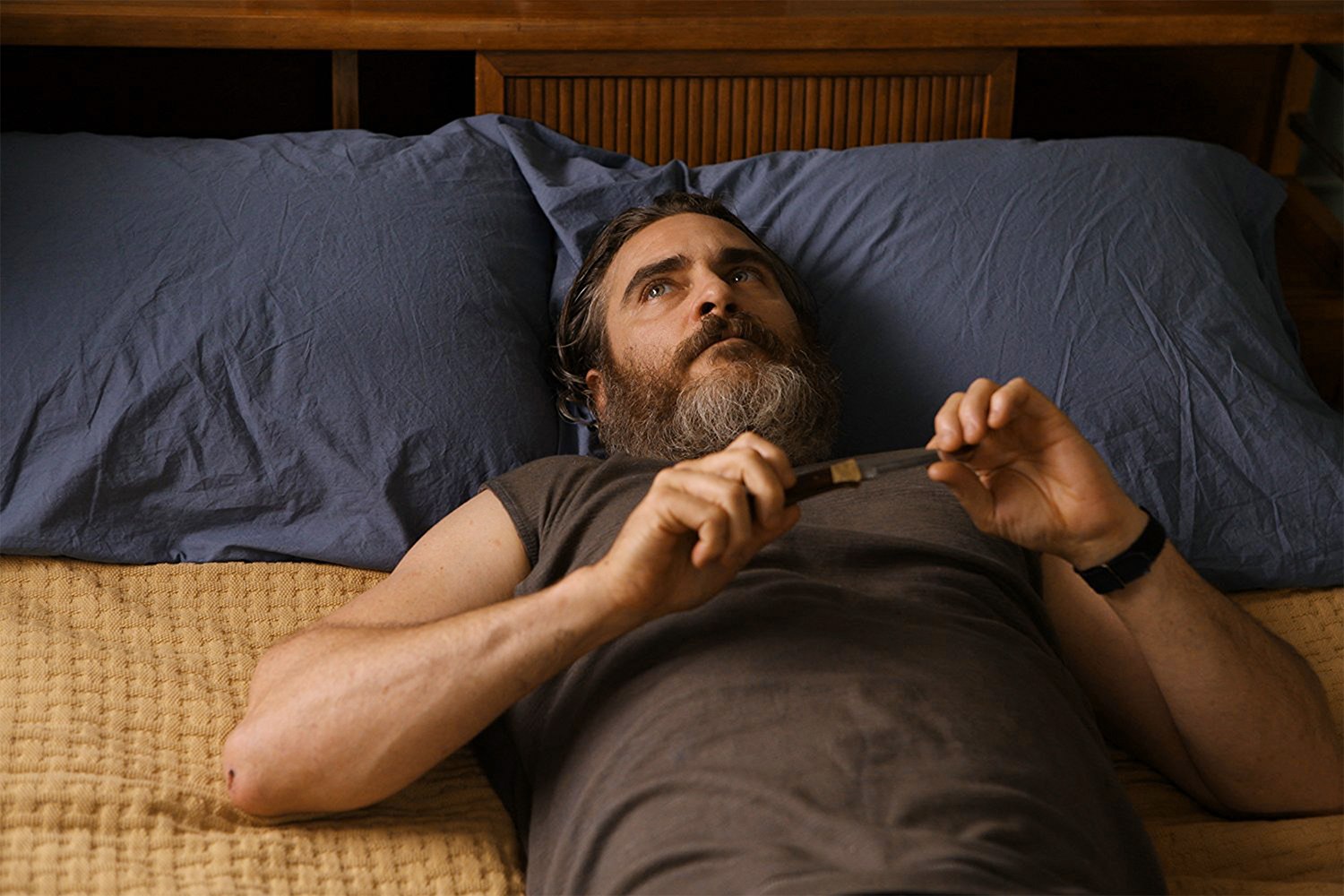 Joaquin Phoenix as Joe, a PTSD-suffering assassin, in “You Were Never Really Here.”

Lynne Ramsay‚Äôs ‚ÄúYou Were Never Really Here‚Äù wowed us at Cannes last year and wowed us all over again, when put out on general release back in April. Multiple viewings confirm the Scottish director‚Äôs experimental genre flick is quite simply a marvel of cinematic imagination and invention. Repeat viewings are essential.

Headlined by Joaquin Phoenix‚Äôs incredibly unnerving and tragic portrait of an assassin suffering from PTSD (he was a soldier before returning home to work as a hitman), it‚Äôs easily the finest performance of his career to date. ‚ÄúYou Were Never Really Here‚Äù is god-level filmmaking.