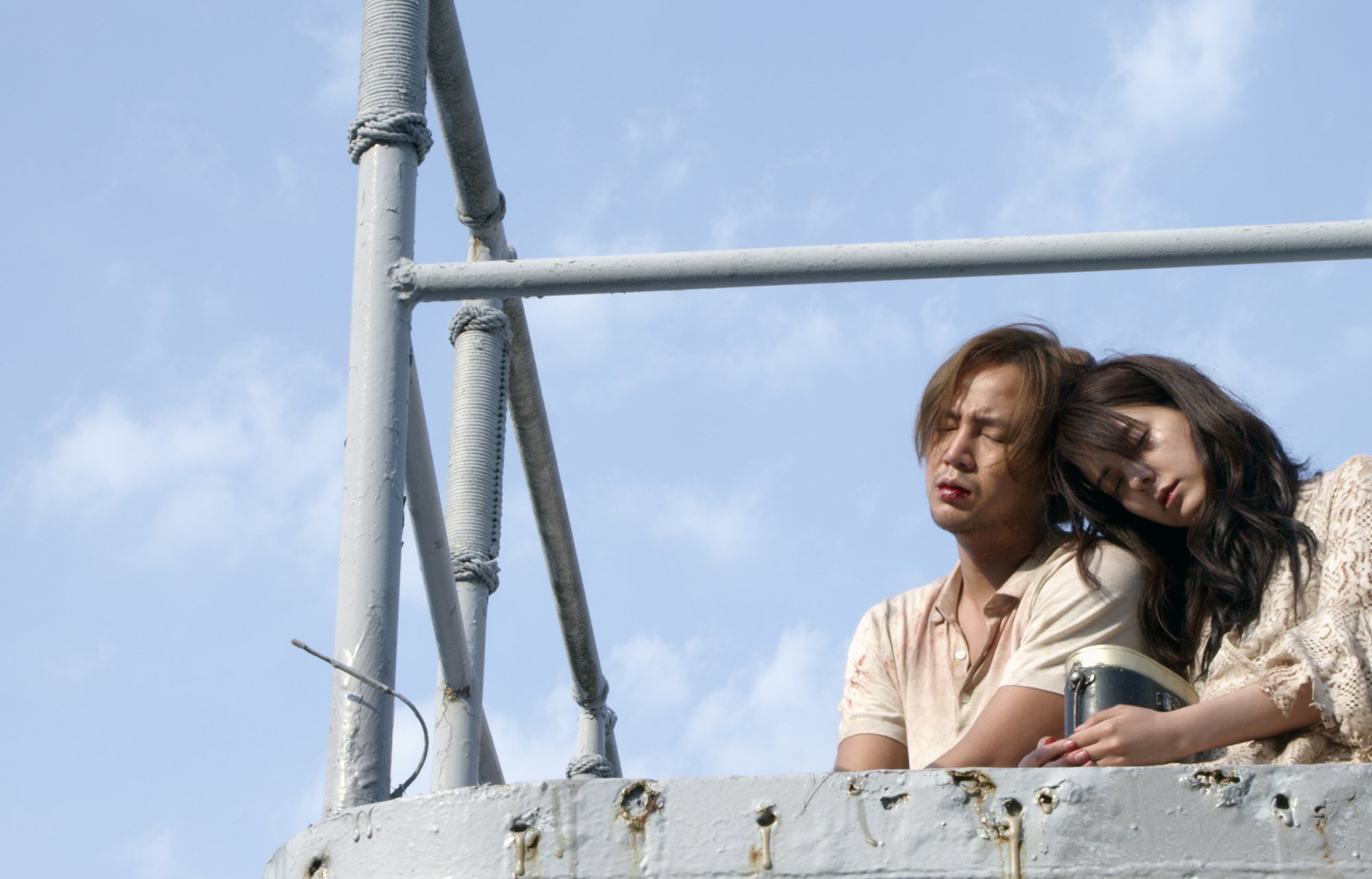 The 68th Berlin Film Festival will not go down as a vintage year, with outgoing fest director Dieter Kosslick coming in for more flak, regarding his selection of choices for the main competition.

Of course, every festival has more than its fair share of average and bad movies, but festivals‚ÄĒespecially ones with major reputations such as the Berlinale‚ÄĒare also about curating the best of the best, films which will excite, inform and challenge (not bore people to tears).

While the competition films were in general lacking in 2018‚Äôs edition, there were still hidden gems and interesting works to be found in the larger programme.

Above: Kim Ki-duk‚Äôs latest film explores the tragedy of the human condition. 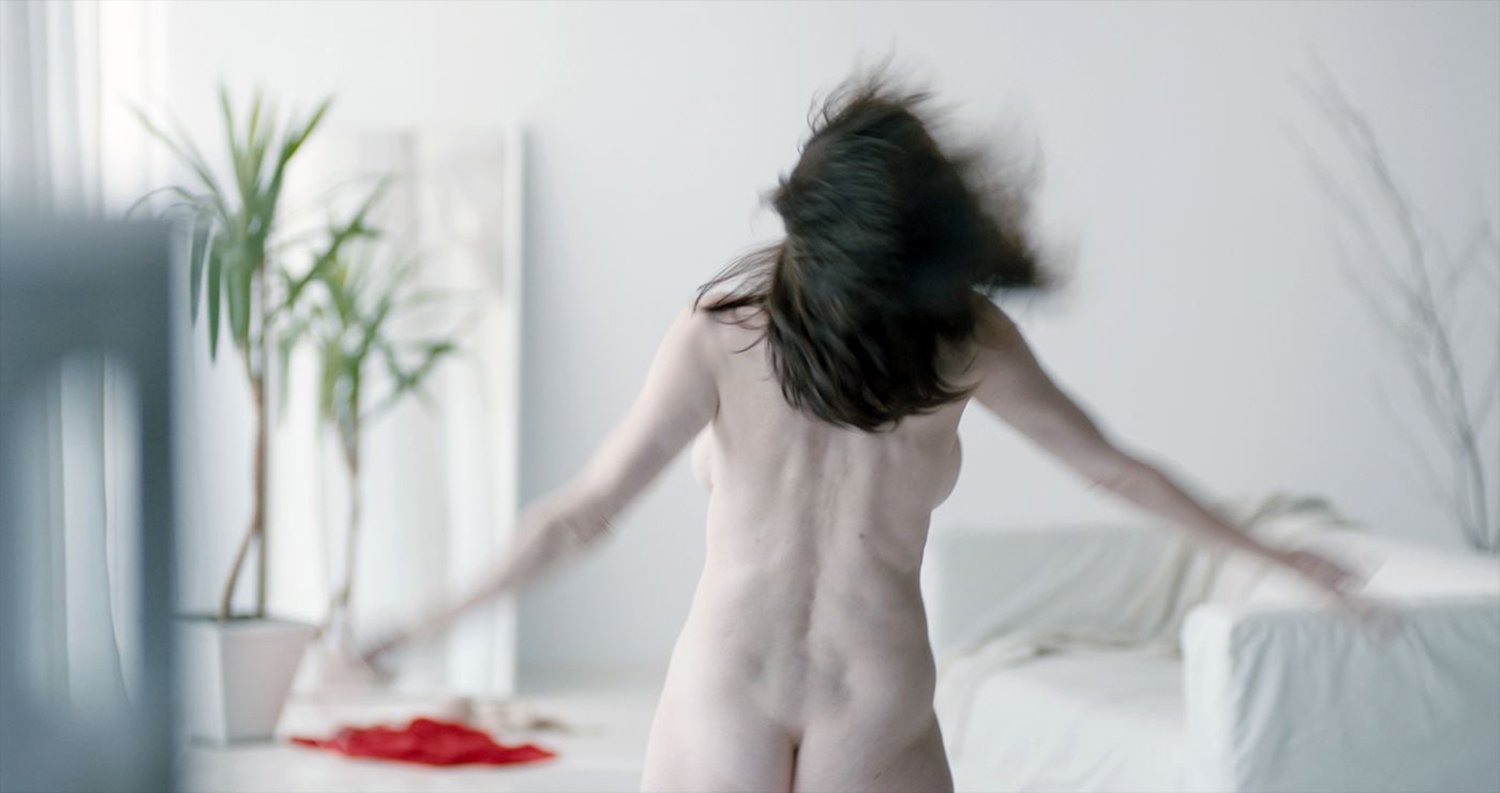 Adina Pintilie picked up the prestigious Golden Bear (Best Film) for her experimental docu-fiction oddity, ‚ÄúTouch Me Not.‚ÄĚ When announced it had won, critics were dismayed. In their minds, it confirmed the festival this year was largely a mediocre event. 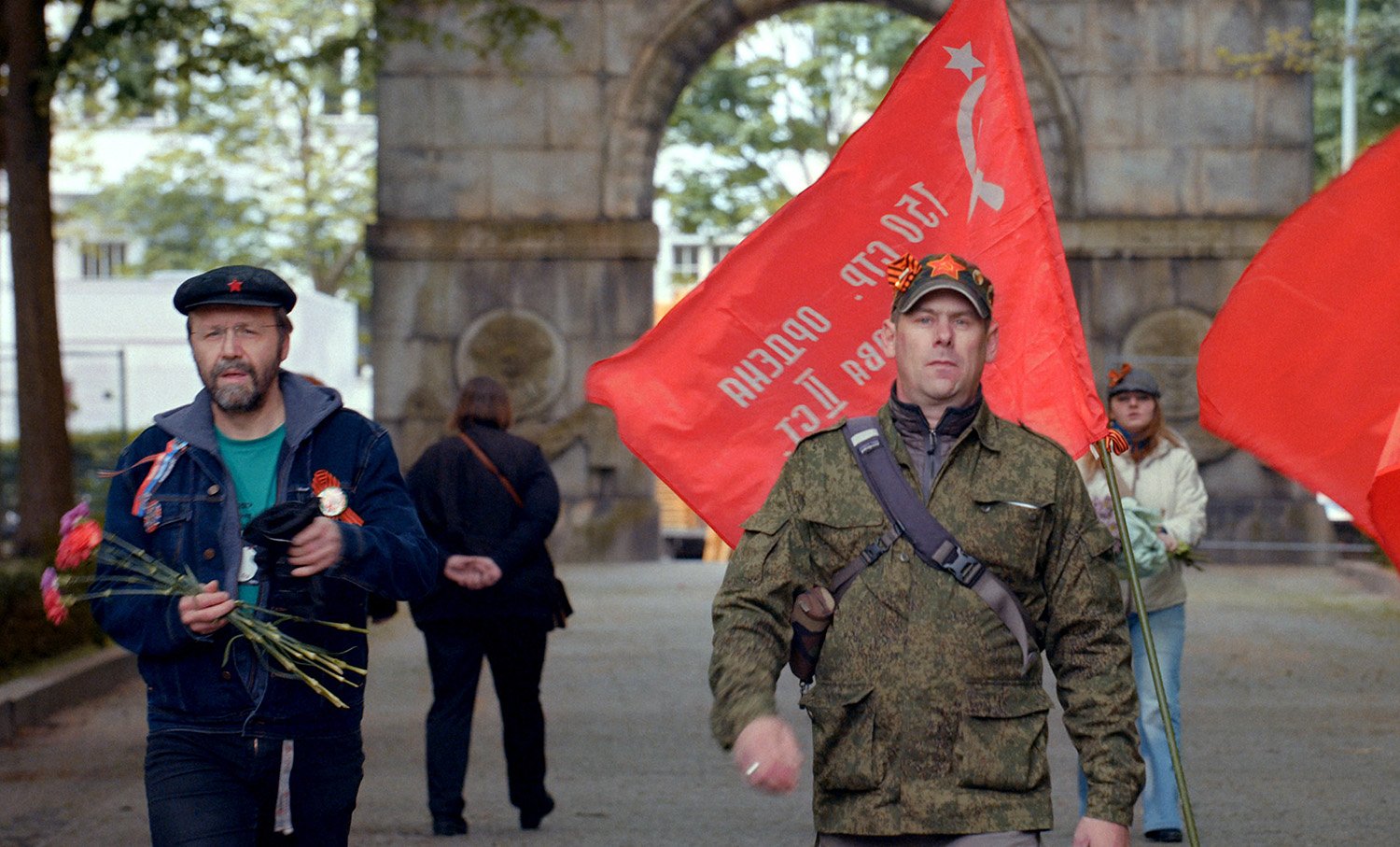 Sergei Loznitsa is a filmmaker switching between fictional drama and documentary films.

Every year in Treptower Park, Berlin, Russians gather at the Red Army war memorial and cemetery, to celebrate the sacrifices of 80,000 Soviet soldiers who fought in the Battle of Berlin. Sergei Loznitsa‚Äôs latest documentary feature invites the audience to people watch for 94 minutes, the camera usually locked off in wide shot, allowing the eye to wonder among the crowds, occasionally breaking away to photographing the memorial and the scenes of combat depicted in granite and marble. Through this rigid formalism, Loznitsa‚Äôs doc explores human behaviour, the current surge in Soviet/Stalin era nostalgia, Russian pride and cultural remembrance. 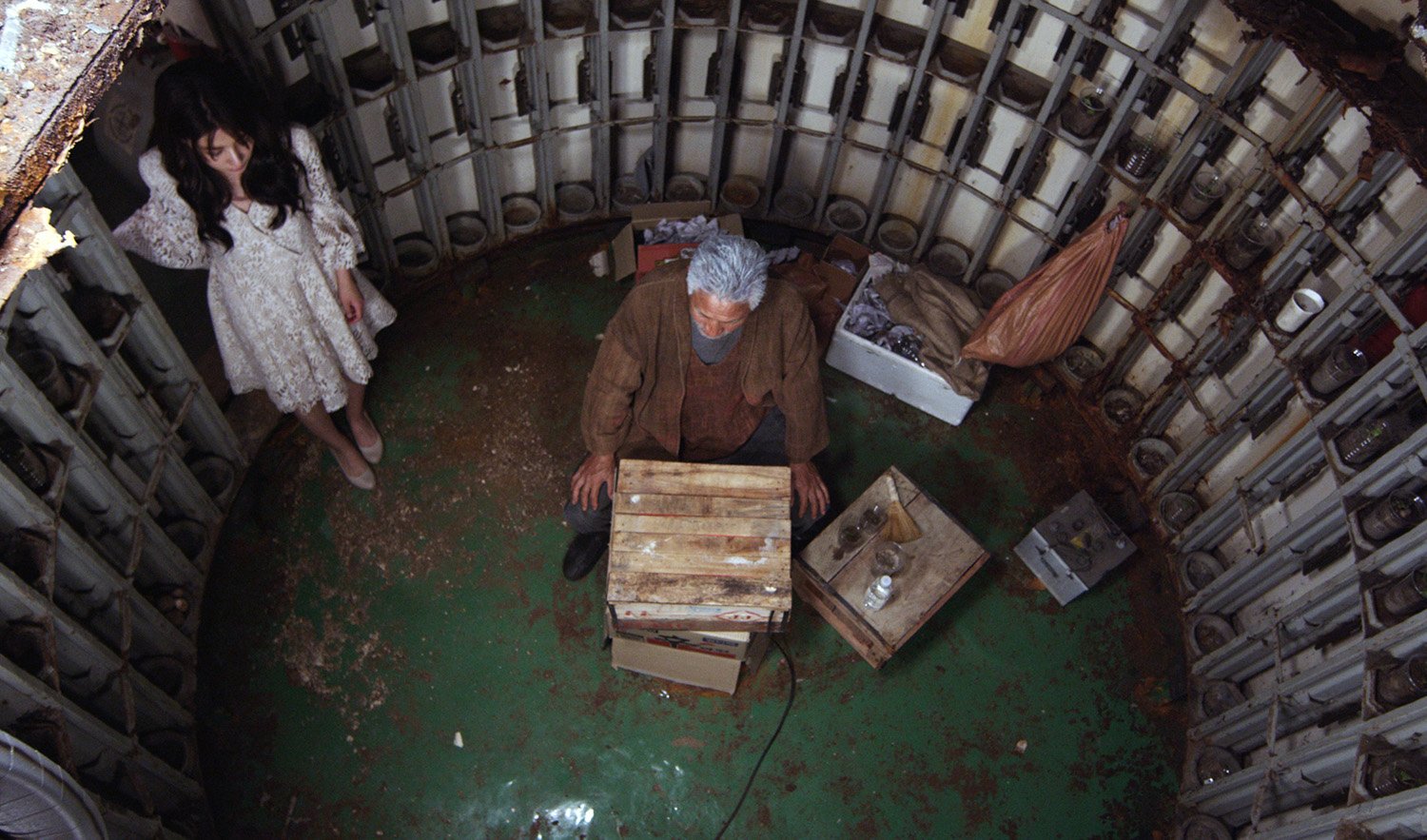 Kim Ki-duk‚Äôs career is, to put it mildly, a controversial one. Known for his taboo-confronting movies, use of silent characters and general misanthropy, the director told viewers at the post-screening Q&A, that he wanted to make ‚ÄúHuman, Space, Time and Human‚ÄĚ as a way of getting over his desire to murder people. A group of passengers on a ship wake one morning to discover they‚Äôre floating in the sky, instead of on the ocean. Slowly, the group argue, bicker and turn to savagery, the director painting a portrait of human nature that is very disturbing but rings true. At heart, humankind is bestial and self-destructive. 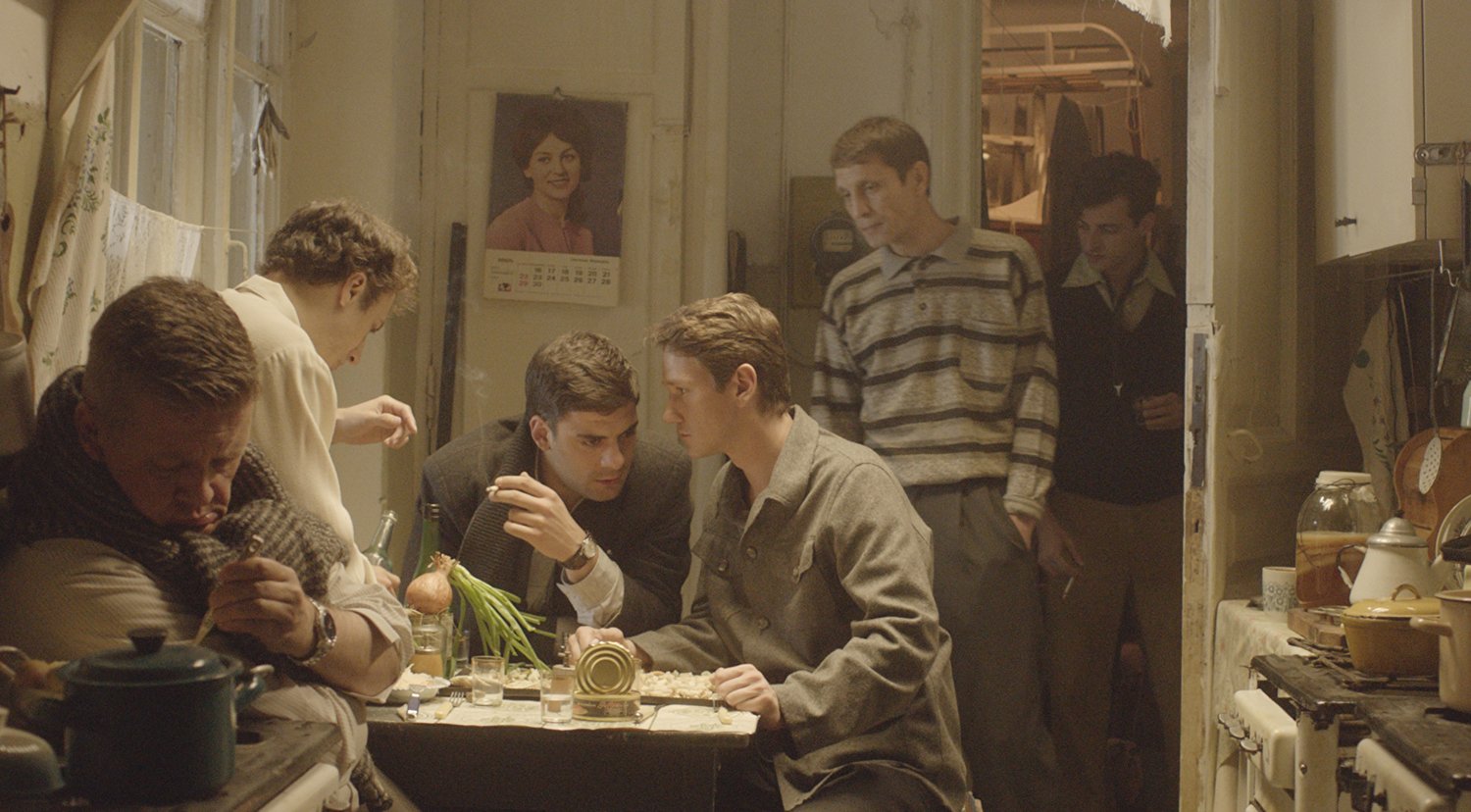 Netflix have picked up ‚ÄúDovlatov‚ÄĚ for distribution, this year’s Silver Bear winner for “Outstanding Artistic Contribution.” It‚Äôs fair to say without this deal, Aleksei German Jr‚Äôs biopic might not see the light of day, for it‚Äôs a tough sell to folk. Depicting a week in the life of author and journalist Sergei Dovlatov (1941-1990), the film‚Äôs sardonic humour, slow grind narrative and sense of tedium might be misinterpreted as a boring movie, when really it aptly captures the inertia and creative stagnation of a man struggling to be the artist he wants to be, mostly because Soviet authorities have banned him from getting published. 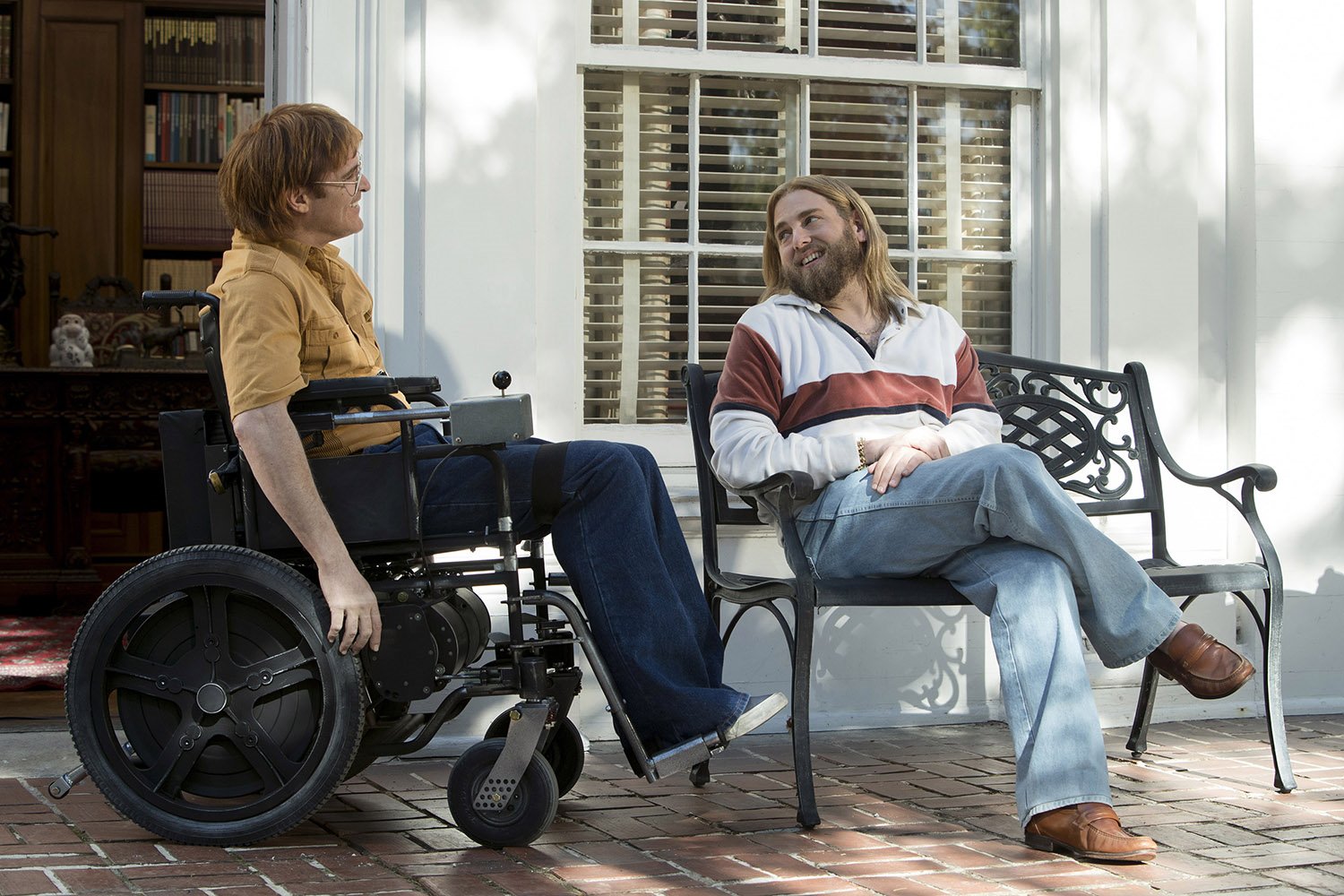 Don‚Äôt Worry, He Won‚Äôt Get Far on Foot

Gus Van Sant‚Äôs latest is a return to form after 2015‚Äôs awful, Cannes entry, ‚ÄúThe Sea of Trees.‚ÄĚ Teaming up with Joaquin Phoenix for the first time in over twenty years, ‚ÄúDon‚Äôt Worry, He Won‚Äôt Get Far on Foot‚ÄĚ is a comic-drama about paraplegic illustrator John Callahan (1951-2010). While it sounds like Van Sant in ‚ÄúFinding Forrester‚ÄĚ or ‚ÄúGood Will Hunting‚ÄĚ mode, the indie auteur largely ditches syrupy sentimentality and earnest dramatics. Phoenix is sensational as the alcoholic cartoonist learning to draw, finding success and confronting his inner demons. The fine cast also includes Jonah Hill, Sonic Youth‚Äôs Kim Gordon, The Gossip‚Äôs Beth Ditto, Jack Black and Rooney Mara. 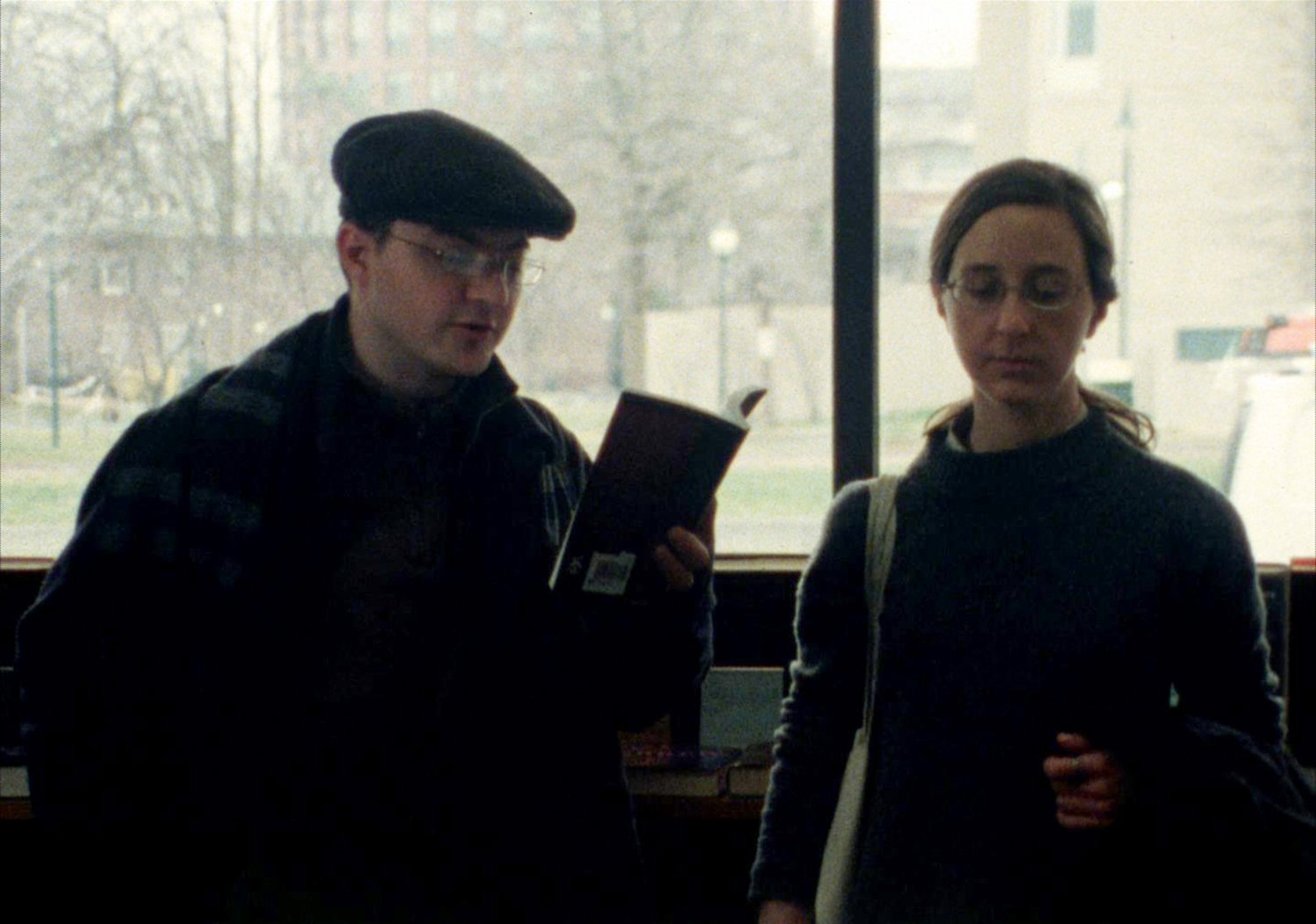 Ted Fendt‚Äôs low budget US production feels closely aligned to the mumblecore movement. ‚ÄúClassical Period‚ÄĚ features a bunch of nerdy-looking types who get together to discuss intellectual topics such as Dante Alighieri‚Äôs ‚ÄúThe Divine Comedy‚ÄĚ and various historical matters. While the characters are all super brainy, they also come across as lonely and dysfunctional, as if their obsessions with learning and demonstrating their knowledge sucks the life out of everything else around them. The performances are deadpan, the dialogue tinged with absurdist humour and observations. 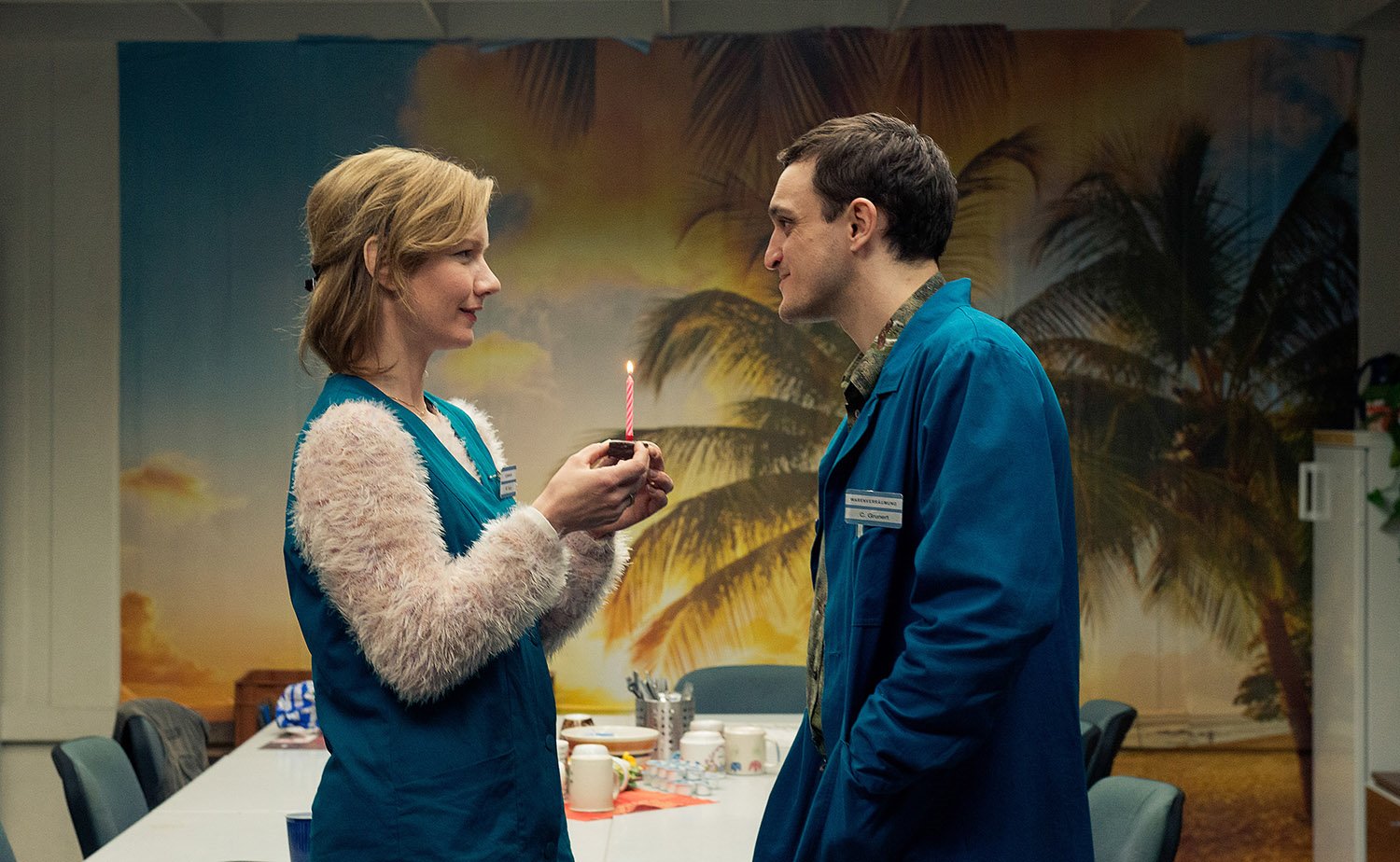 Sandra Huller and Franz Rogowski in the comedy drama,‚ÄúIn the Aisles.‚ÄĚ

Rising star Franz Rogowski and Sandra Huller, who won acclaim for her role in 2016‚Äôs Cannes hit, ‚ÄúToni Erdmann,‚ÄĚ headline this comedy drama about supermarket workers whose lives are in quiet disarray. Christian (Rogowski) is an ex-con newly employed at a large warehouse supermarket. Marion (Huller) is in a bad marriage and thinks Christian might be a way out. Bruno (Peter Kurth) is a lonely soul who mourns his old job as a truck driver and life before the reunification of Germany. Thomas Stuber‚Äôs beautifully written and acted film was one of the few competition films which deserved a place in the line-up. 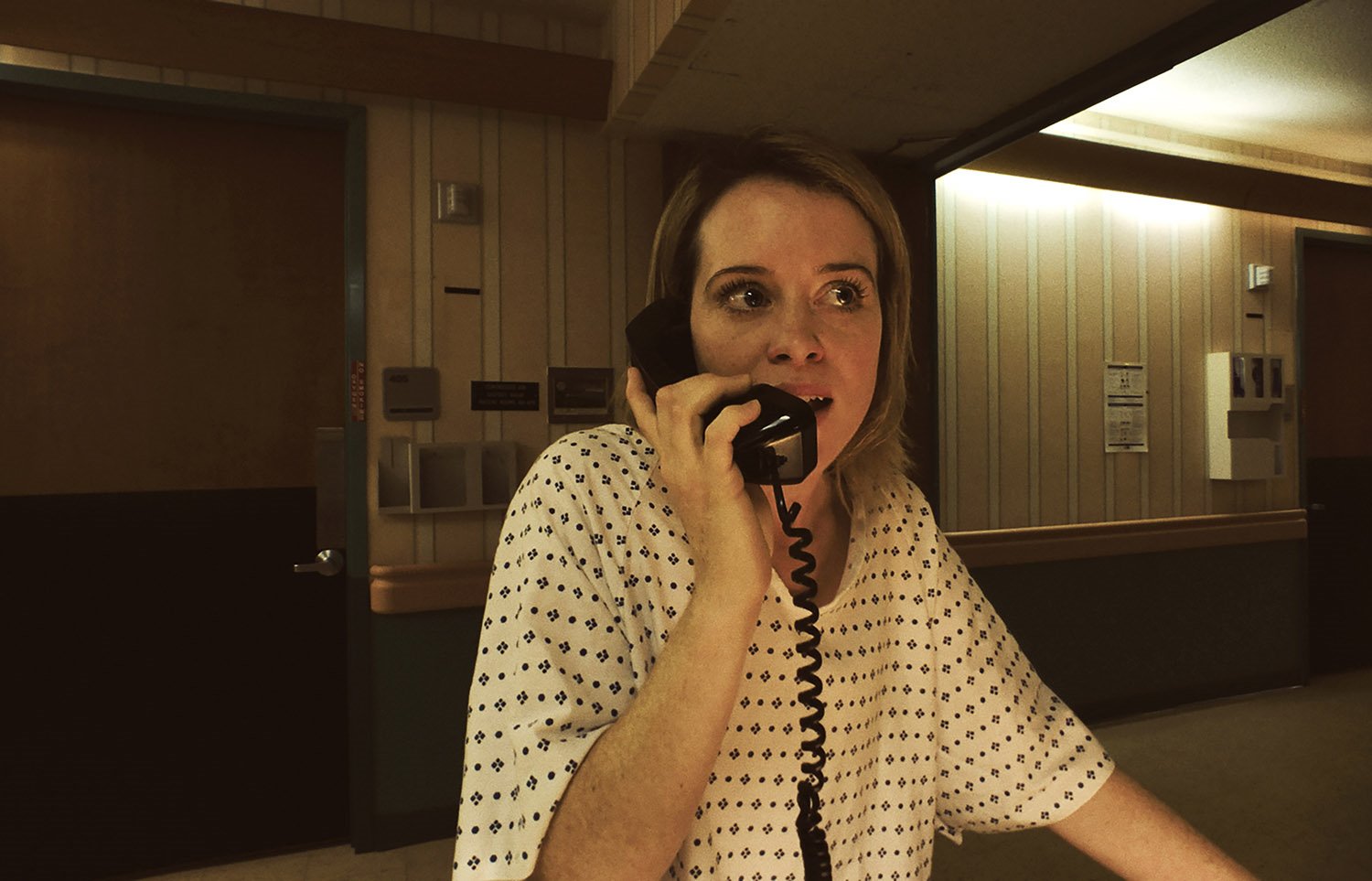 Steven Soderbergh‚Äôs retirement from filmmaking lasted all but 5 minutes. He has made 2 films in quick succession.

‚ÄúUnsane‚ÄĚ boasts a terrific lead performance from Brit actor, Claire Foy. Like 2013‚Äôs ‚ÄúSide Effects,‚ÄĚ director Steven Soderbergh‚Äôs latest is hugely critical of US healthcare practice, this time focused on a woman who accidentally sections herself at a mental health clinic and is kept there against her will. She‚Äôs also got to contend with a stalker, who just so happens to find employment at the facility she‚Äôs attending. Shot on the latest iPhone, the fuzzy imagery captures the film‚Äôs delirious and nightmarish mood very well. ‚ÄúUnsane‚ÄĚ is a very entertaining psycho-horror flick. 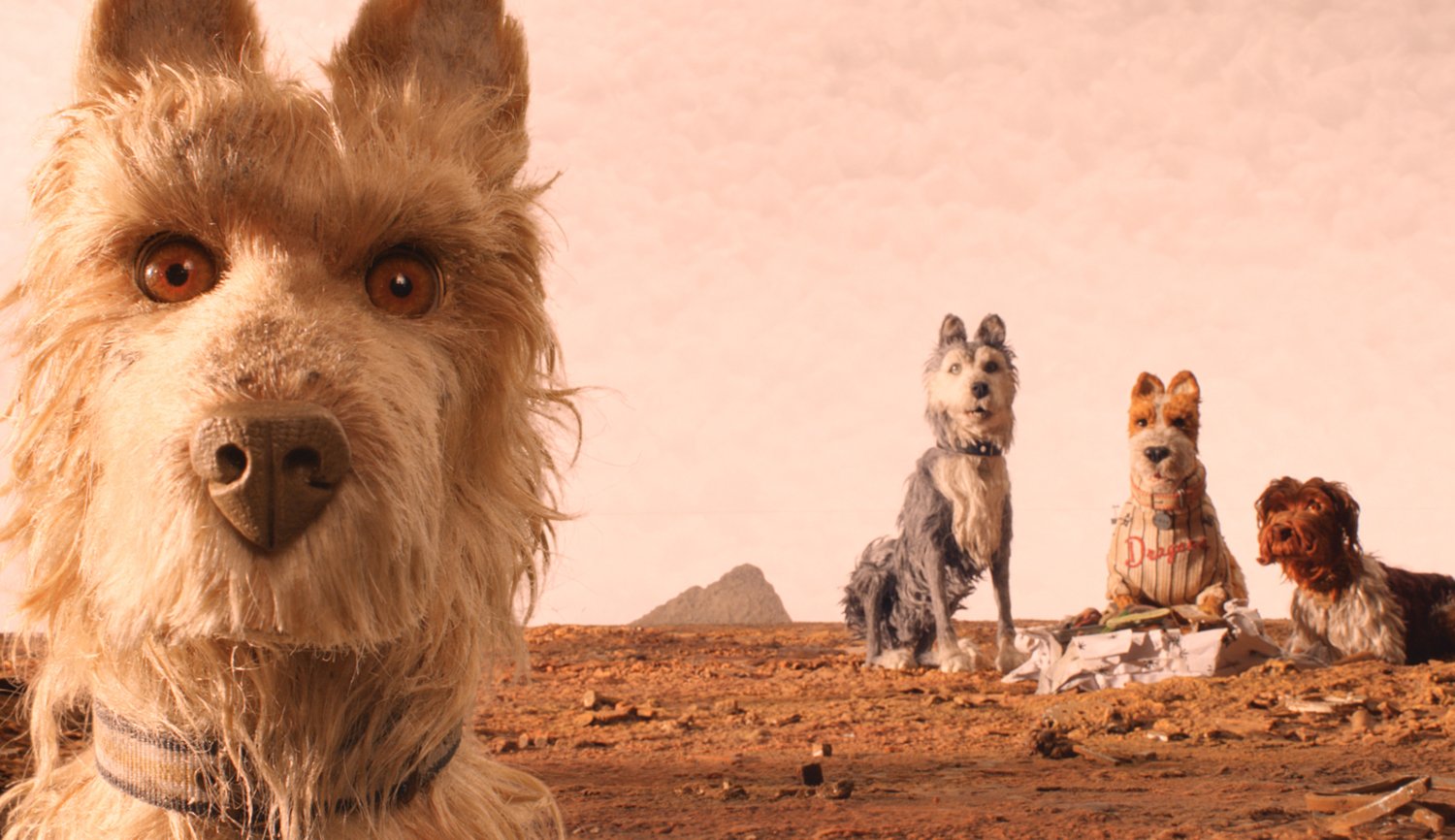 Wes Anderson‚Äôs stop-motion comedy is a work of art.

Wes Anderson‚Äôs stop-motion animation film picked up the Silver Bear prize for Best Director. ‚ÄúIsle of Dogs‚ÄĚ is a sci-fi dystopia narrative set in Japan, 20 years from now. The evil mayor of Megasaki‚ÄĒwho loves cats‚ÄĒbans dogs from the city and sends them to a camp on Trash Island, where they must survive on scraps of food and avoid being poisoned by toxic waste. One day, a young boy comes looking for his beloved hound Spots. Chief, Rex, Boss, Duke and other dogs on the island help the boy track down his long-lost pet. ‚ÄúIsle of Dogs‚ÄĚ is classic Wes Anderson‚ÄĒcharming and beautifully crafted. 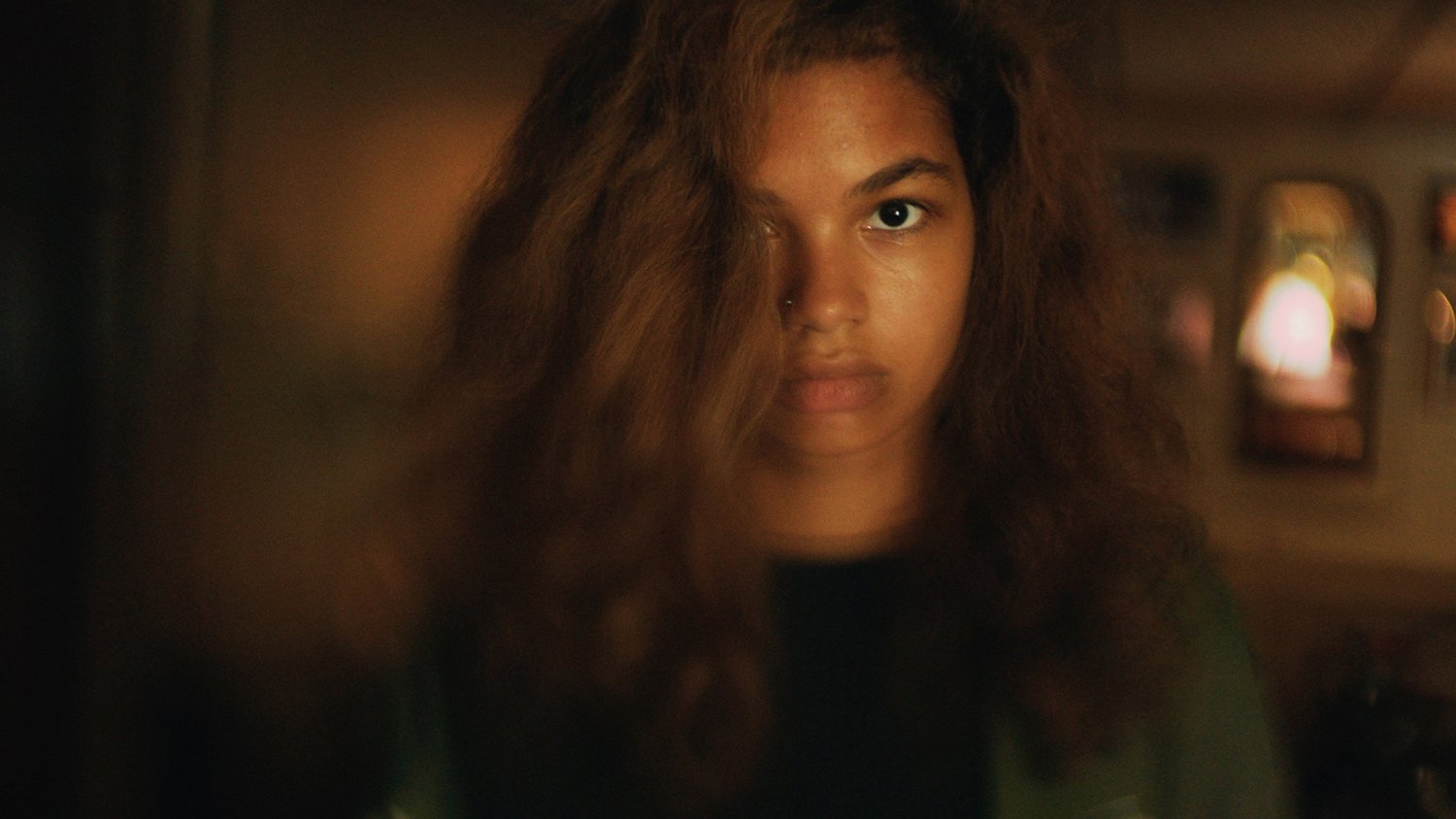 Josephine Decker came to Scene360‚Äôs attention in 2014, when her first and second films were shown at the London Film Festival. Four years on, ‚ÄúMadeline‚Äôs Madeline‚ÄĚ premiered at Berlinale and it confirms Decker is one of the most exciting new voices in world cinema.