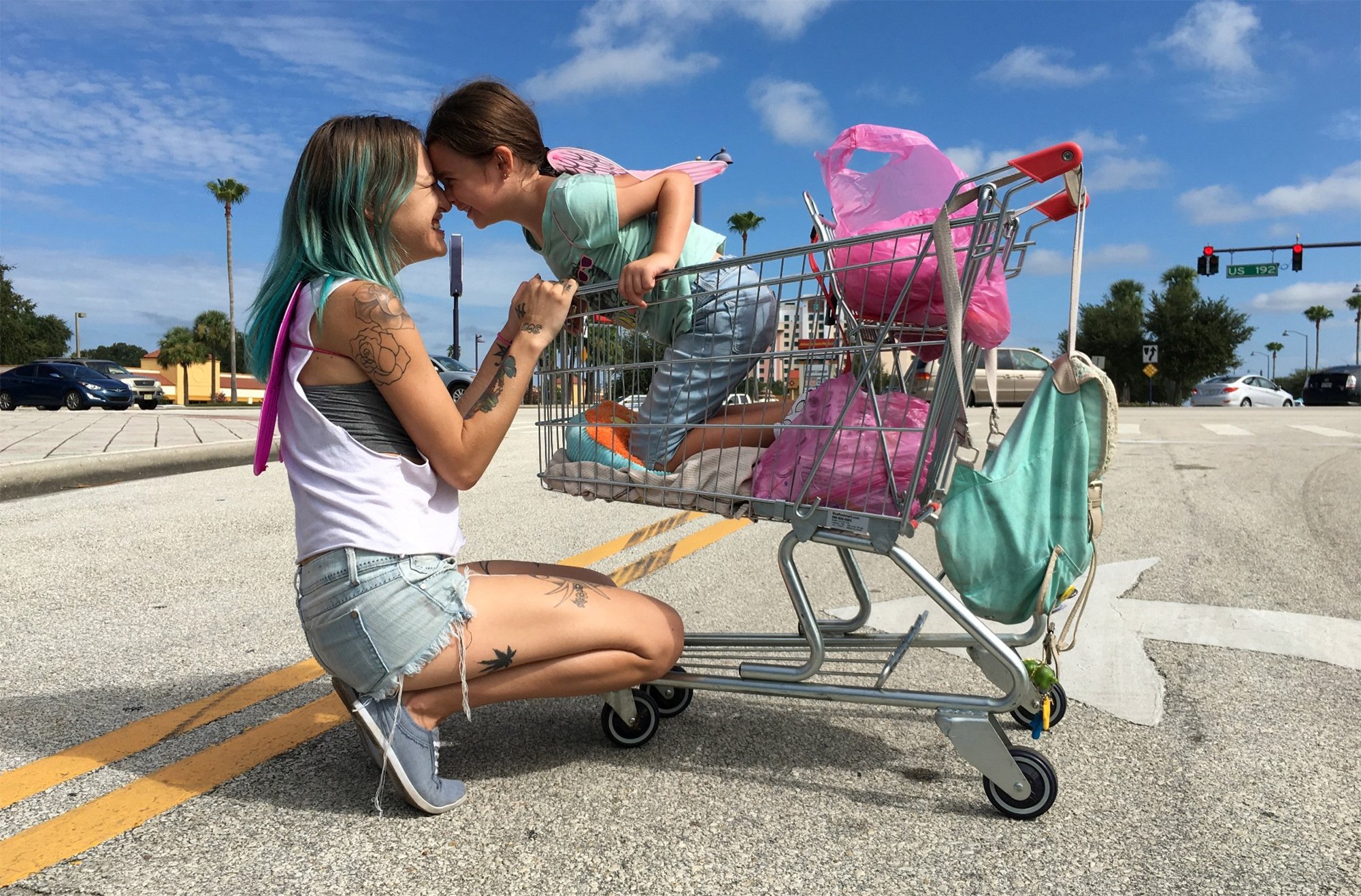 What a year itŌĆÖs been for cinema. There have been so many good movies, compiling this list was a real challenge.

There could easily have been 20 contenders for the top spots, but choices must be made and, ultimately, it comes down which films I loved the most. Honourable mentions must go to: “Moonlight,” “Hounds of Love,” “Dunkirk,” “Personal Shopper” and “My Cousin Rachel,” which featured a superb performance from Rachel Weisz.

It was rich pickings, indeed, though blockbuster movies continue to be more miss than hit. “Wonder Woman” was politicised with overpraise and “Justice League” was an abomination. It’s been a good year for Marvel Studios, though, with “Spider-Man: Homecoming” and “Thor: Ragnarok” proving there is plenty left in the studio’s tank, whereas Warner Bros. and DC movies are out of gas.

Top: Willem Dafoe and Brooklynn Prince in “The Florida Project.” 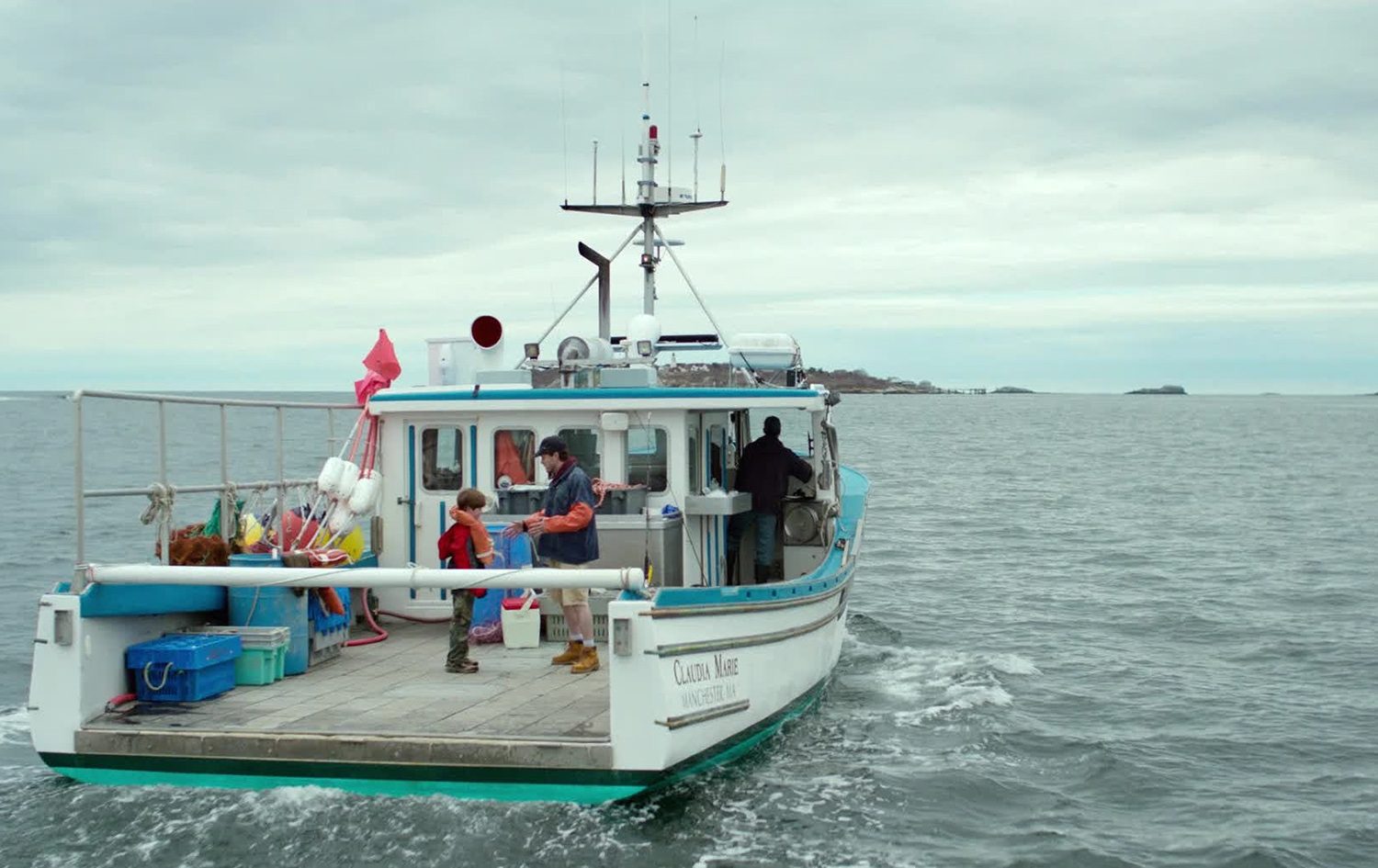 “Manchester by the Sea” was nominated for six Academy Awards, winning two.

Manchester By The Sea

Kenneth Lonergan has directed three films in 17 years, but each one has been a sparkling jewel. ŌĆ£You Can Count on MeŌĆØ (2000), ŌĆ£MargaretŌĆØ (2011) and ŌĆ£Manchester by the SeaŌĆØ (2017) are studies in guilt, the dynamics of relationships and coming to terms with oneŌĆÖs actions. Casey Affleck picked up this yearŌĆÖs Best Actor Oscar for his performance as a surly, tortured janitor with a tragic past and it was well deserved. Beautifully acted, written and directed, ŌĆ£Manchester by the SeaŌĆØ is a towering drama powered by themes of profound grief and emotional torment. 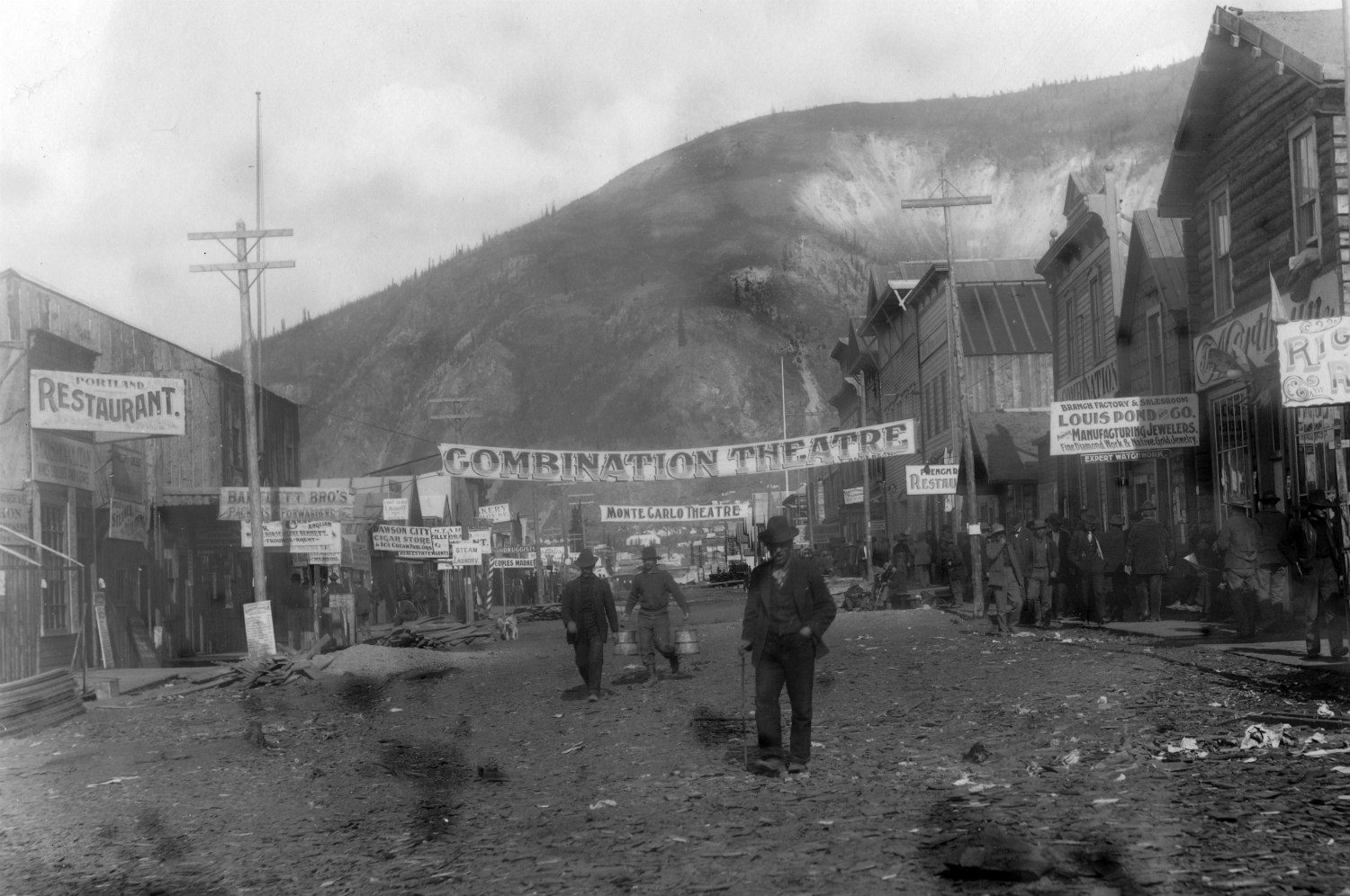 Over 500 nitrate prints were unearthed during construction work in Dawson City.

Without shadow of a doubt, Bill MorrisonŌĆÖs ŌĆ£Dawson City: Frozen TimeŌĆØ is the best documentary feature of 2017. In the late 1970s, construction work began on a new building in Dawson City, Canada, up in the Arctic. What workers found was a treasure chest of old nitrate film reels, movies, news items and footage of Dawson City in its post-pioneer days, by and large preserved by the permafrost (the type of print damage is so distinct, archivists dubbed it the ŌĆ£Dawson flutterŌĆØ). Morrison took the footage and crafted a mesmerising work merging sociological history of the town with the story of film preservation. The footage is extraordinary. 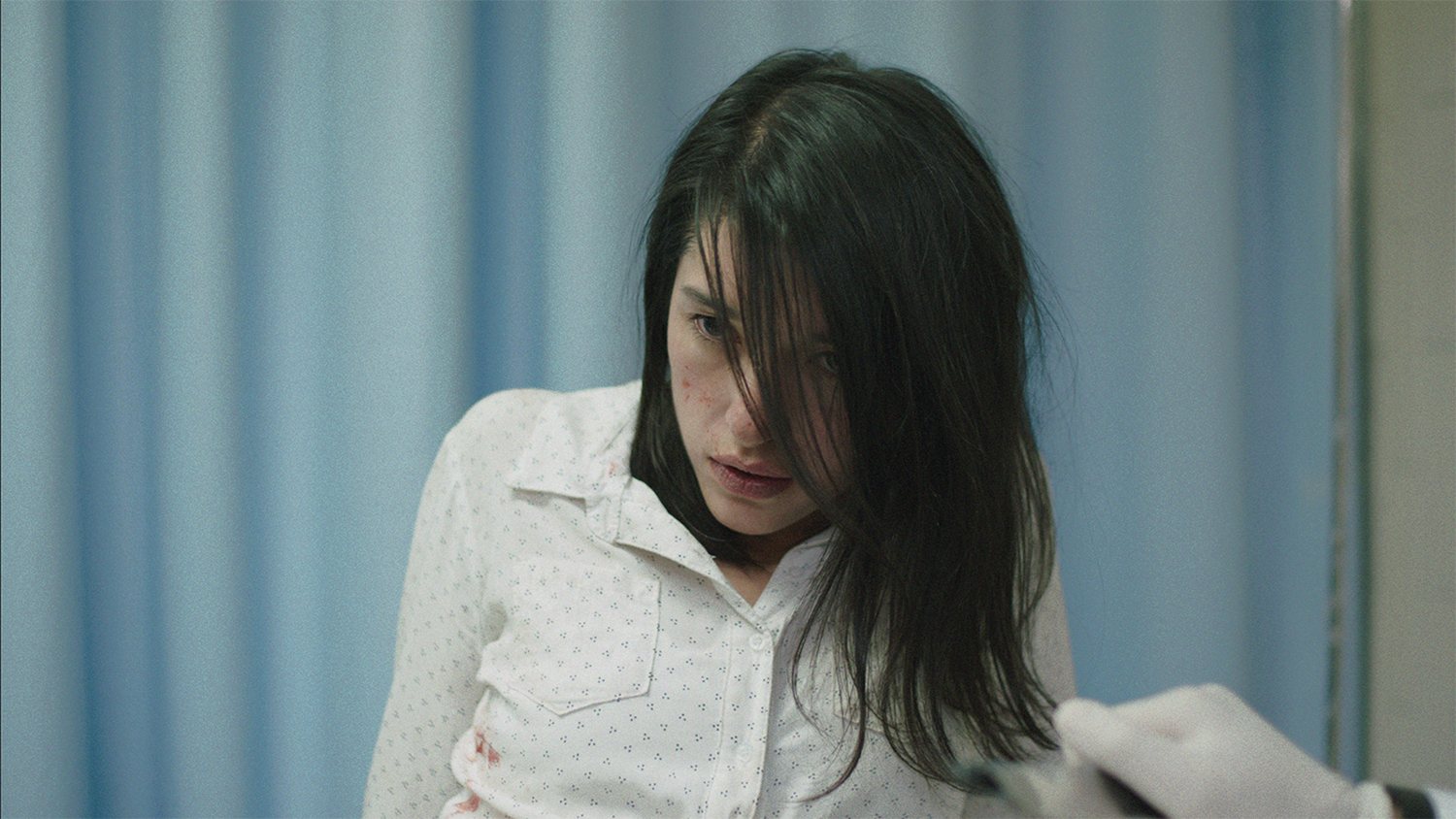 ŌĆ£The UntamedŌĆØ uses a science-fiction type narrative, a creature from outer space interacts with humans via cosmic sex sessions, to explore MexicoŌĆÖs patriarchal society, its macho culture and the effect of sexual repression on the human psyche. ├üngel (Jes├║s Meza) and Alejandra (Ruth Ramos) are a young married couple. ├üngel struggles with his sexual identity. In love with his wifeŌĆÖs brother, Fabi├Īn (Eden Villavicencio), with whom heŌĆÖs having an affair, he hides his feelings behind gay slurs and homophobic remarks. Like David Cronenberg meets HP Lovecraft, ŌĆ£The UntamedŌĆØ is arthouse sci-fi horror at its finest. 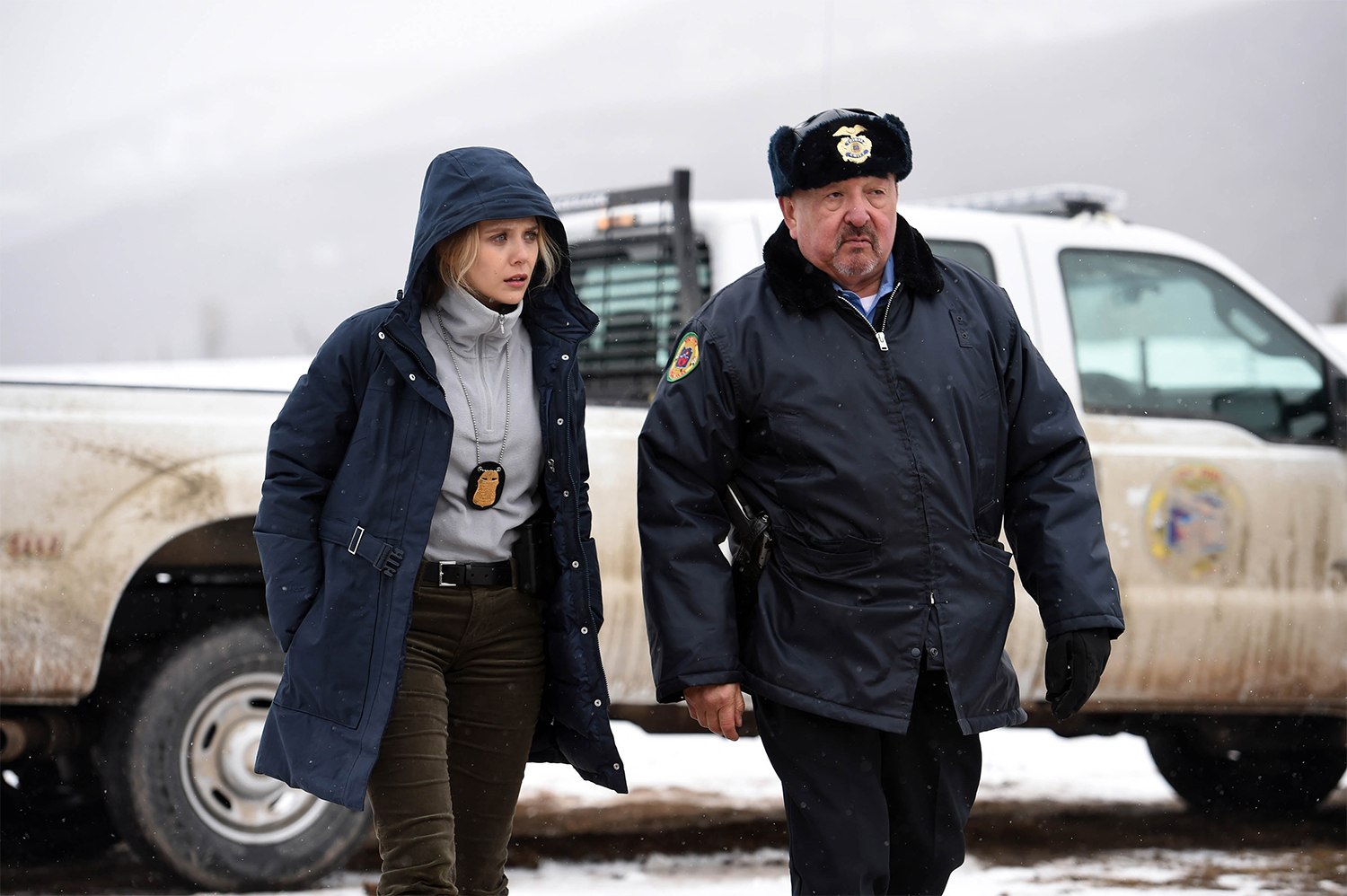 “Wind River” appeared in the “Un Certain Regard” programme at Cannes this year.

The appalling treatment of First Nations and Native American communities, especially women, sits at the heart of Taylor SheridanŌĆÖs stunning directorial debut, ŌĆ£Wind River.ŌĆØ Set in snowy Wyoming, when a Native American teenagerŌĆÖs body is discovered frozen without shoes or proper winter clothing, FBI agent Jane Banner (Elizabeth Olsen) is sent in to investigate. Local Fish and Wildlife Service worker, Cory Lambert (Jeremy Renner), knows the layout of the land and helps the rookie Fed, as she traverses sensitive issues pertaining to life on the reservation. While the crime drama element is gripping, ŌĆ£Wind RiverŌĆÖsŌĆØ portrait of abandoned people, the legacy of genocide and misogyny hits hardest. 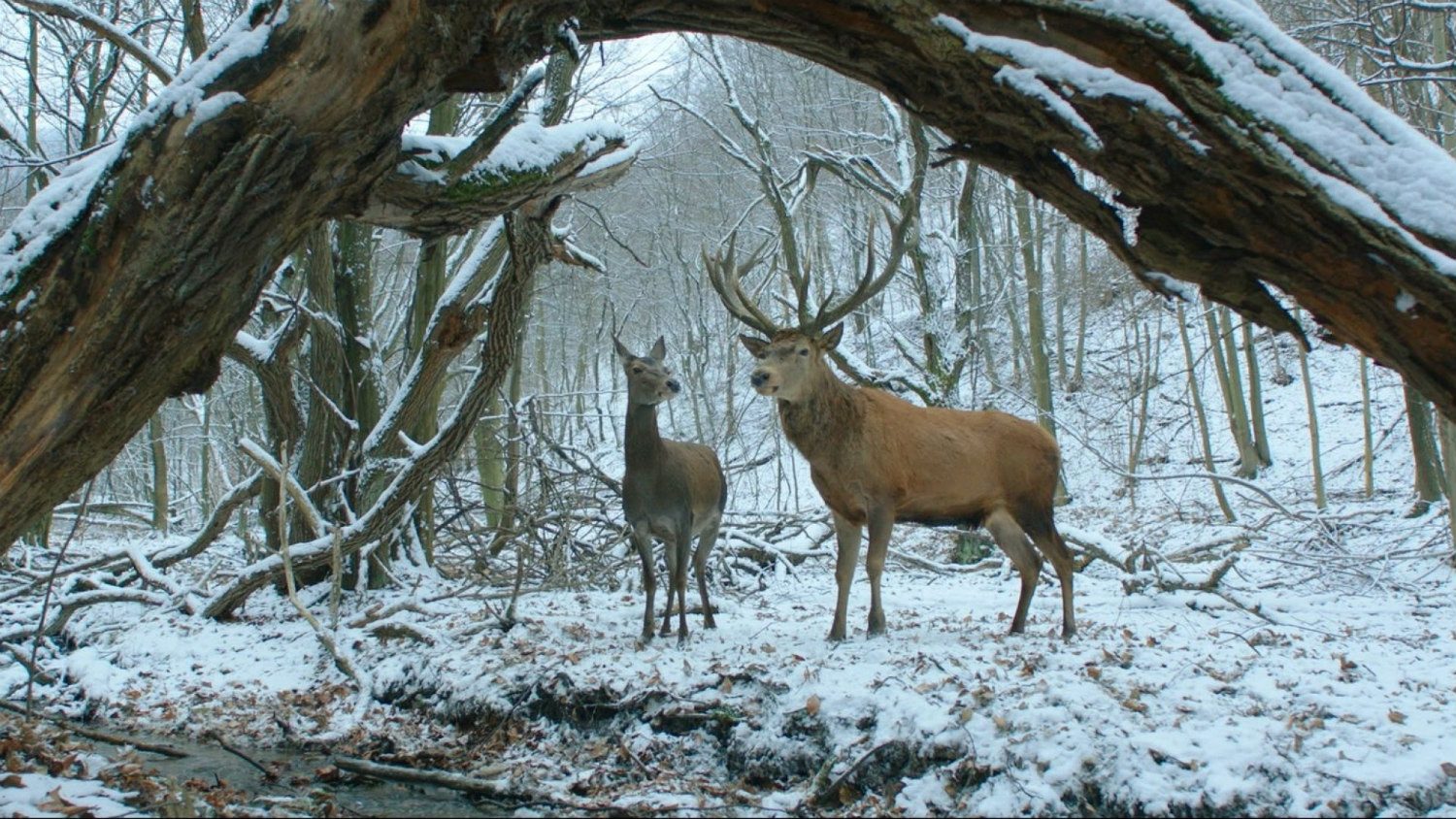 Alexandra Borb├®ly won Best Actress at the European Film Awards for her role in “On Body and Soul.”

On Body and Soul

Ildik├│ EnyediŌĆÖs peculiar love story, winner of the Golden Bear prize at the Berlin Film Festival, is tied to an absurd premise. After an animal pheromone is stolen from an abattoir, a psychologist investigating the theft realises two co-workers are experiencing the same dream. Every night, Endre (G├®za Morcs├Īnyi) and M├Īria (Alexandra Borb├®ly) dream they are deer in a snowy forest. Upon learning this news, Endre and M├Īria, both lonely souls, wonder if theyŌĆÖre destined to be together and begin to explore romantic possibilities. ŌĆ£On Body and SoulŌĆØ is a hauntingly strange film, with Borb├®ly shining as autistic-like M├Īria. 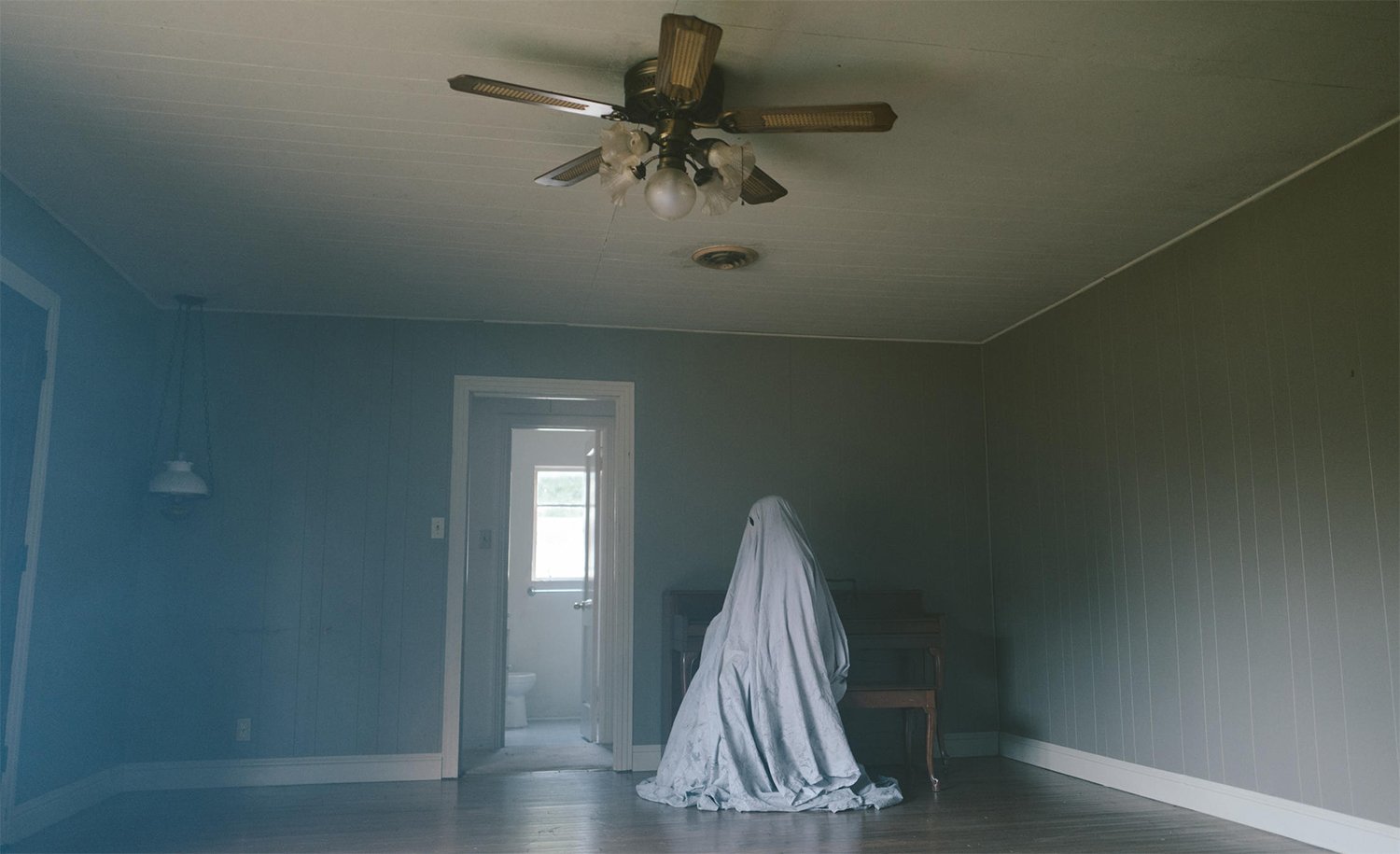 “A Ghost Story” features Rooney Mara eating a whole pie, which was shot in one take.

Although ŌĆ£A Ghost StoryŌĆØ trades on a goofy central image, a ghost wearing a white bedsheet, David LoweryŌĆÖs poignant drama about time, memory and letting go is anything but goofy. C (Casey Affleck) is killed one day, leaving his girlfriend M (Rooney Mara) all alone in the world. C returns to the house as a spirit, unable to communicate beyond the odd bit of poltergeist activity. M eventually moves on, but C cannot, he is trapped in the house for all eternity. The film builds symphony-like to a crescendo of emotional release. 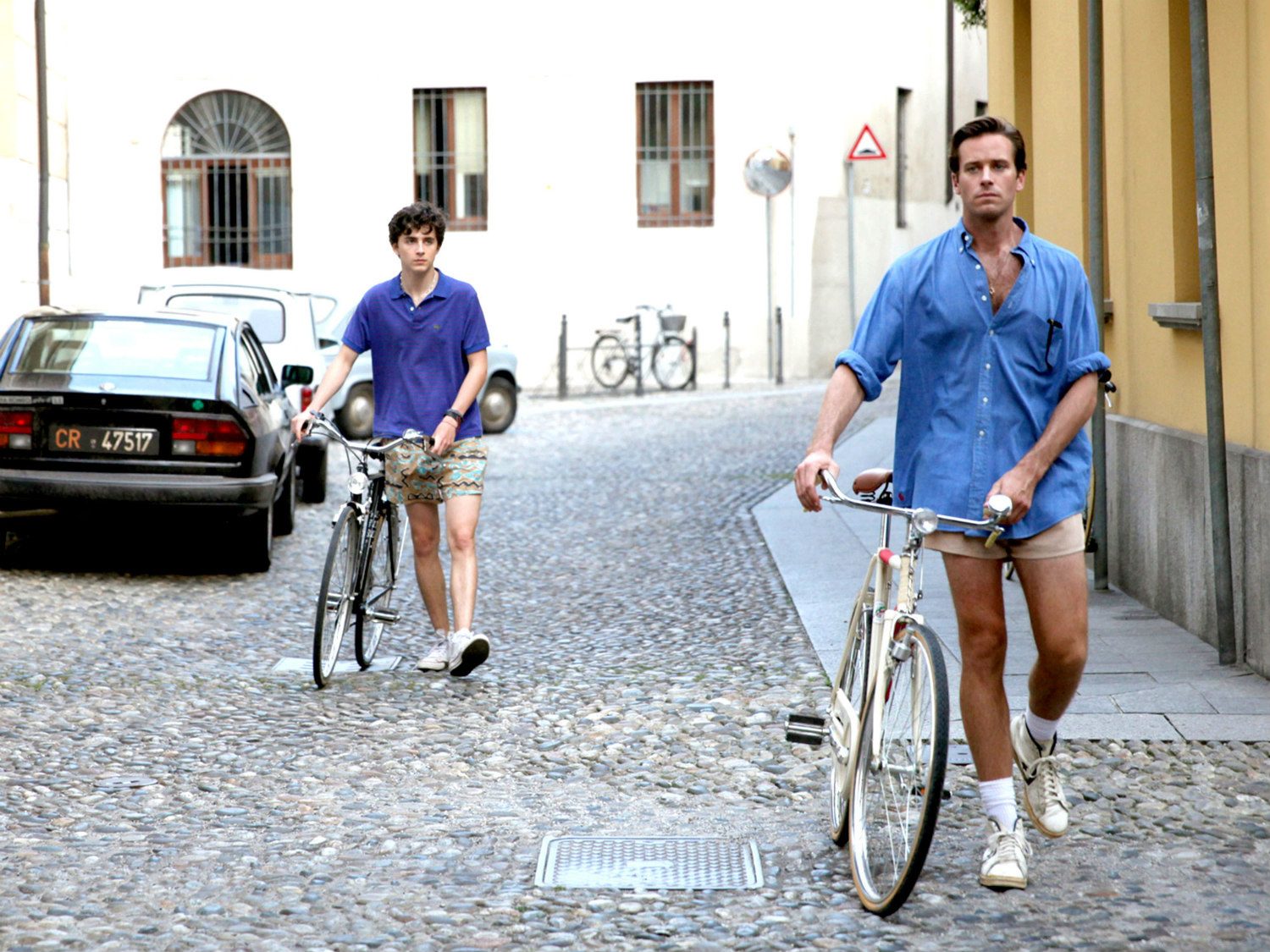 James Ivory wrote the screenplay for “Call Me by Your Name,” based on the novel by Andr├® Aciman.

Call Me By Your Name

Elio (Timoth├®e Chalamet) is an American teenager living in northern Italy, while his academic father works on archaeology projects. One-day older American grad student, Oliver (Armie Hammer), arrives to assist Professor Perlman (Michael Stulhbarg). Oliver and Elio fall in love, beginning one of the most sensual and spellbinding love stories ever told on screen. Director Luca GuadagninoŌĆÖs emphasis on atmosphere, pent up desire, miscommunication and the agonies of first love make for pure cinema poetry. ŌĆ£Call Me by Your NameŌĆØ is an aesthetic dream: from its glorious 1980s fashion sense to the gorgeous songs of Sufjan Stevens which soundtrack ElioŌĆÖs emotional torment. 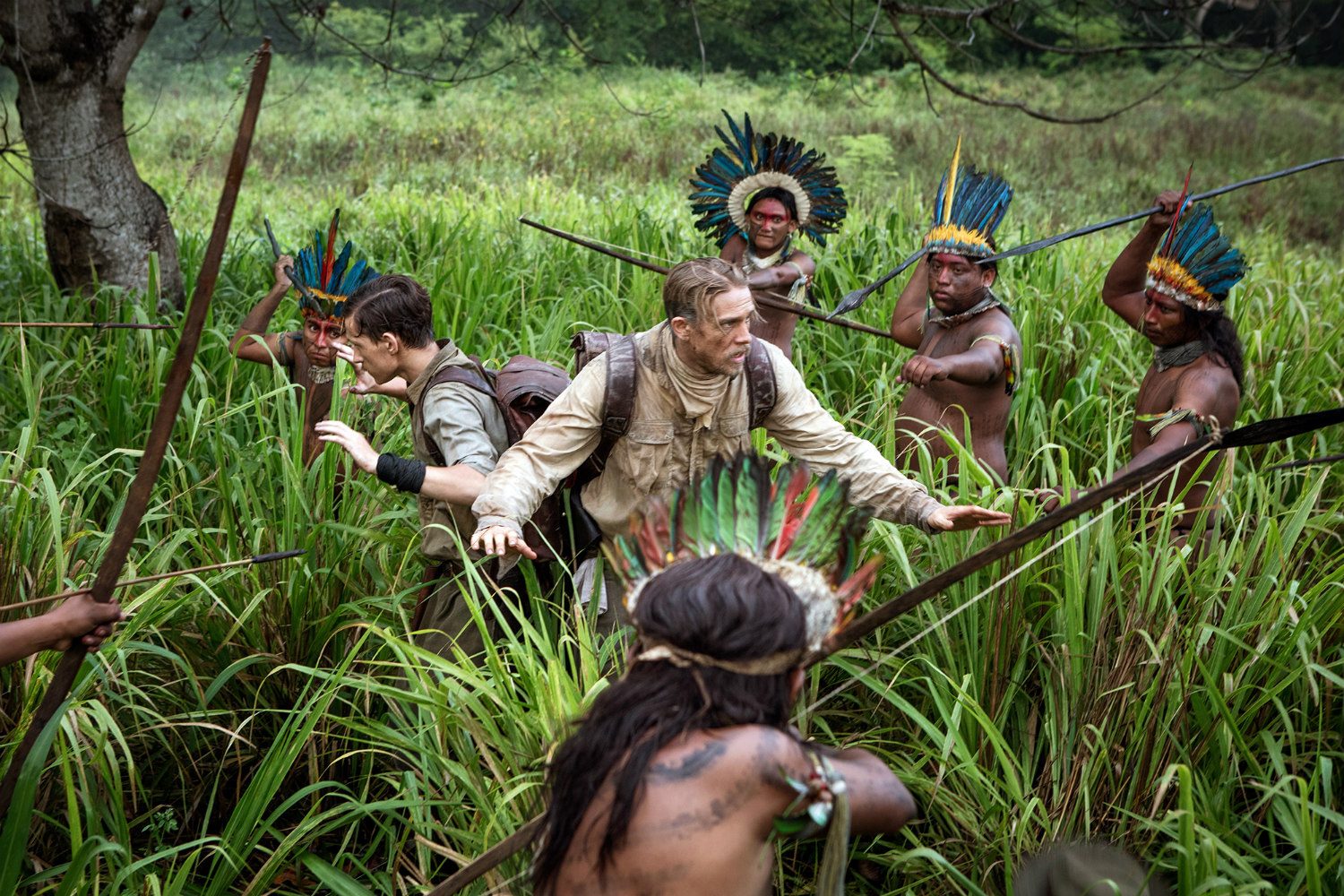 “The Lost City of Z” is the life story of Percy Fawcett, who disappeared in the Amazon, in 1925.

The Lost City of Z

Based on David GruenŌĆÖs acclaimed non-fiction book, ŌĆ£The Lost City of ZŌĆØ represented a change of scope and pace for indie director James Gray. Depicting the life of British explorer, Col. Percy Fawcett, famous for his insistence there existed an advanced civilisation in the heart of the Amazon, the grandeur of the film sits well with the depiction of Fawcett as a complex man haunted by his father’s sins. Charlie Hunnam is arguably too young to play the doomed Amazonian explorer, but itŌĆÖs a commanding performance nonetheless. Robert Pattinson co-stars as FawcettŌĆÖs stoic aide-de-camp. 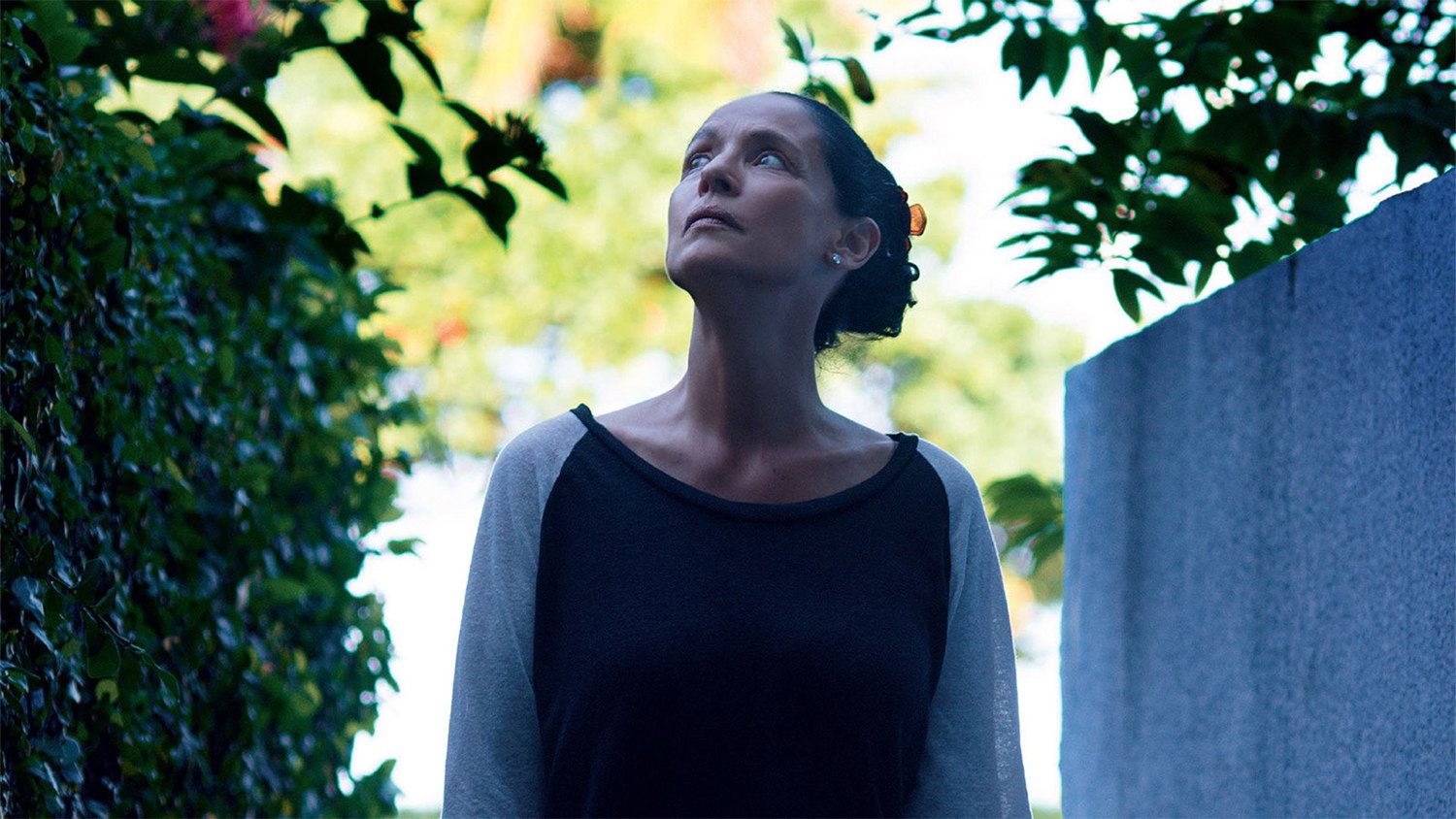 “Aquarius” was selected to premiere at the 2016 Cannes Film Festival.

S├┤nia Braga is sensational as retired music teacher, Clara, who refuses to let greedy capitalist scumbags knock down the building she has called home for decades. SheŌĆÖs the last tenant and the place could do with a refurb, for sure, but to Clara the place is simply too important to let go. A story of quiet rebellion and staunch defiance, the film offers a collision between the old Brazil and the new Brazil. ŌĆ£AquariusŌĆØ is a masterwork from journalist turned director, Kleber Mendon├¦a Filho. 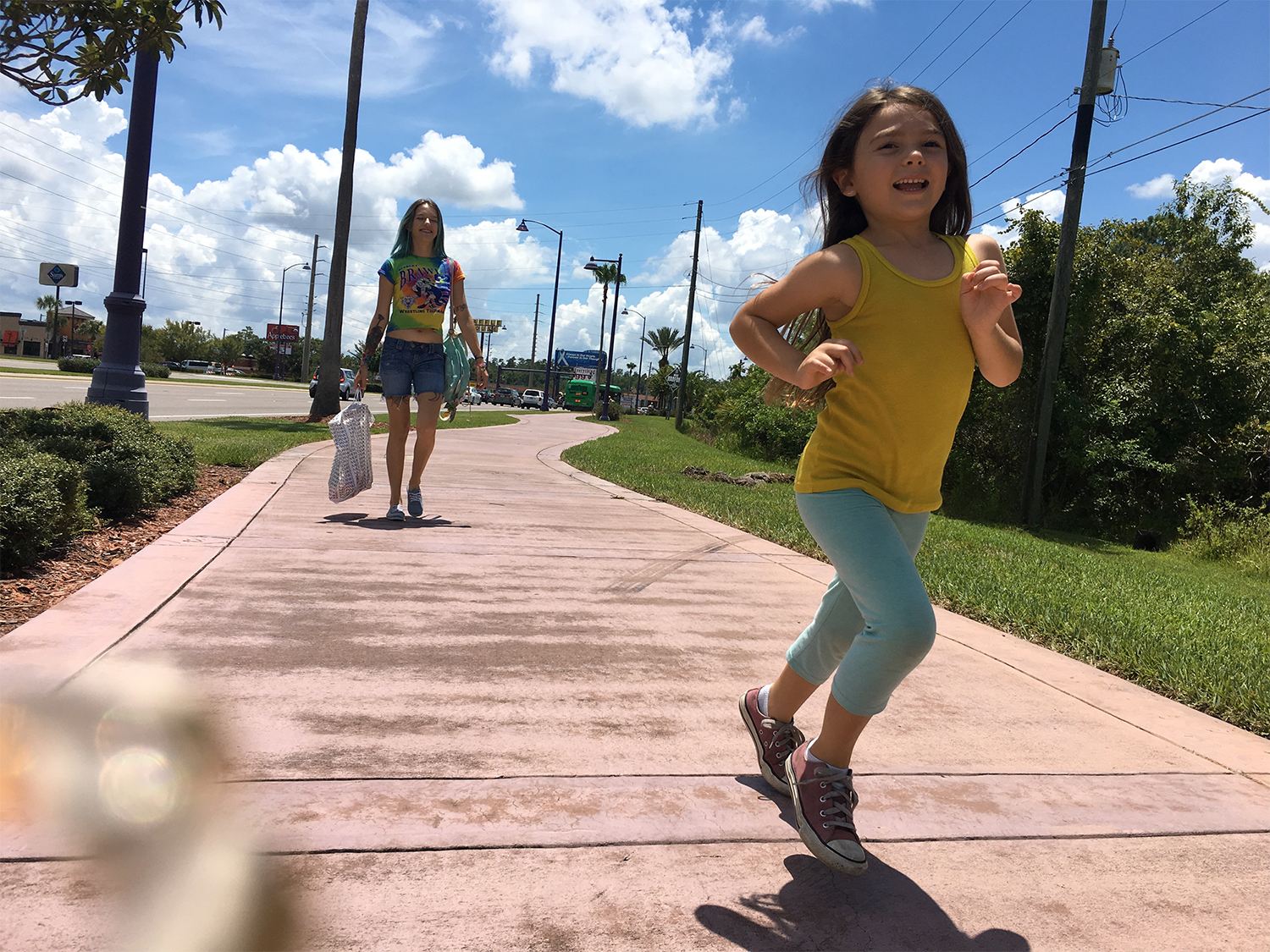 The naturalistic acting in “The Florida Project” is one of the film’s great triumphs.

Set in Orlando, Florida, a stoneŌĆÖs throw from Disneyland, the juxtaposition between abject poverty and tourist dreamscape is strikingly captured by director Sean Baker, who first impressed with 2015ŌĆÖs ŌĆ£Tangerine.ŌĆØ Focused on a single mother and her young daughter, who is at the age where she doesnŌĆÖt quite understand her place in the world or how poor they are, to her the motel is home and one big playground, BakerŌĆÖs virtually plotless drama is marriage between stunning cinematic expression and humanist sentiment. Willem Dafoe is rightly earning rave reviews for his portrayal of a kind but grouchy welfare motel manager. ŌĆ£The Florida ProjectŌĆØ is cinema at its most vital and rewarding.