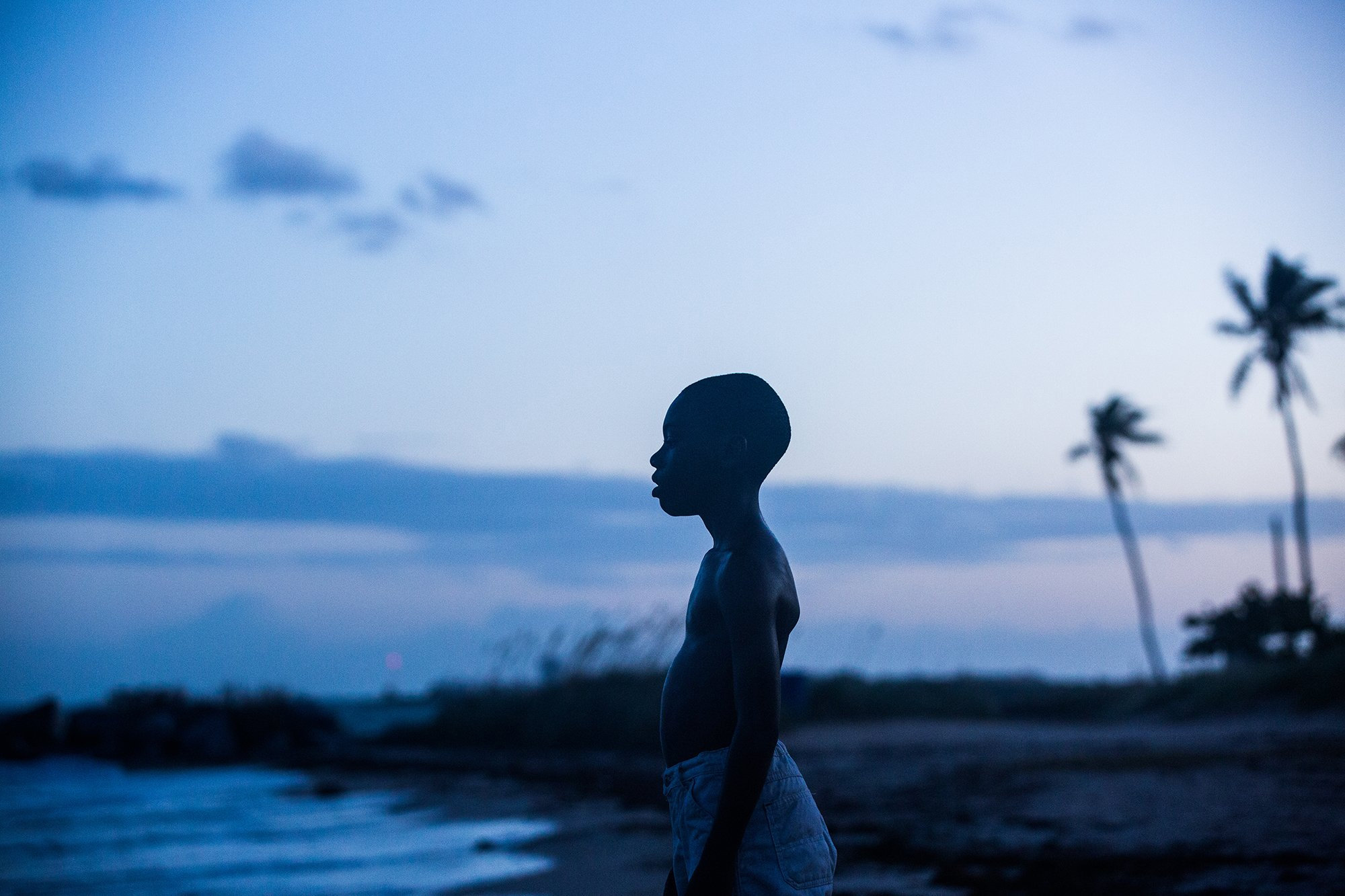 It‚Äôs June! Which means it‚Äôs time for our annual mid-year check-up on what films have impressed us the most.

There‚Äôs a long way to go yet, but so far 2017 has seen another bumper crop of movies. Indie movies continue to impress, with a range of excellent titles bypassing traditional releases altogether and heading straight to Video on Demand services (Netflix, Mubi, Amazon). For indie movies, this is the way forward and the future. Traditionalists will find such a distribution method deeply disturbing, with smaller films subject to very limited theatrical runs or not at all. But the way we watch movies is changing.

Hollywood’s summer blockbusters continue to disappoint, with its bland roster of superhero movies and brand-focused sequels. The appearance of the female-focused superhero flick in ‚ÄúWonder Woman‚Äù is a welcome development. If only Patty Jenkins’ action-adventure tale hadn‚Äôt have been so generic and tick-boxing (the Big Bad and romance elements sucked). Gal Gadot totally rocked as Diana Prince ‚Ä¶ it‚Äôs just a shame the rest of the film wasn‚Äôt at her individual level of awesomeness. 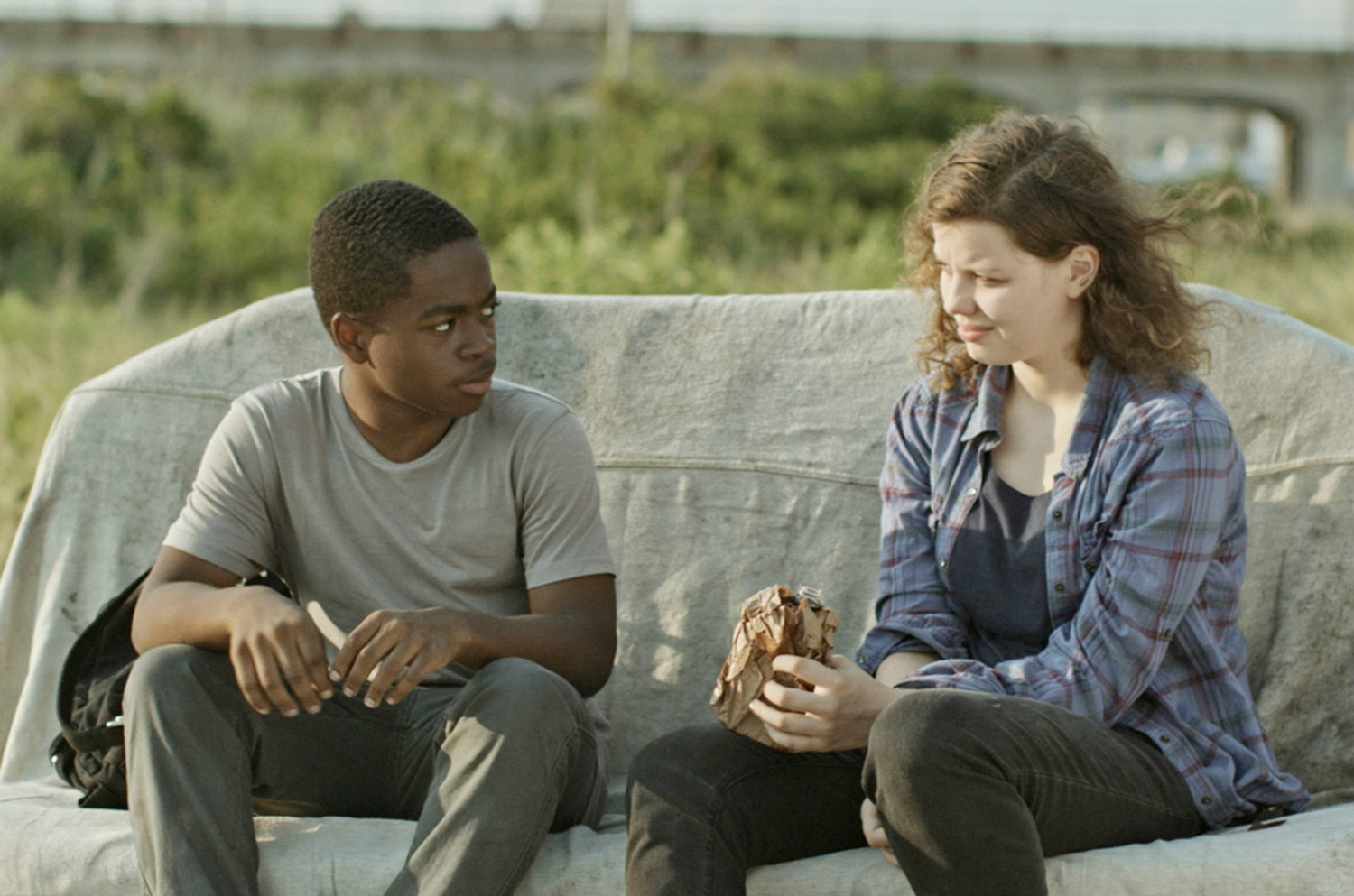 Forget about “Twilight” and lovey-dovey vampires, “The Transfiguration” is dark and disturbing.

Michael O‚ÄôShea‚Äôs urban vampire story is the perfect antidote to the “Twilight” era of soppy love stories and romantic blood-suckers. Milo (Eric Ruffin) lives in poverty on a social housing block. He spends his days reading about vampires, watching clips of animals being slaughter on the internet and sometimes goes out at night to kill people (he slashes their throats and drinks their blood). Director O’Shea’s use of rundown Bronx locations lends the film so much atmosphere and lead Ruffin is thoroughly captivating as a teenage serial killer. 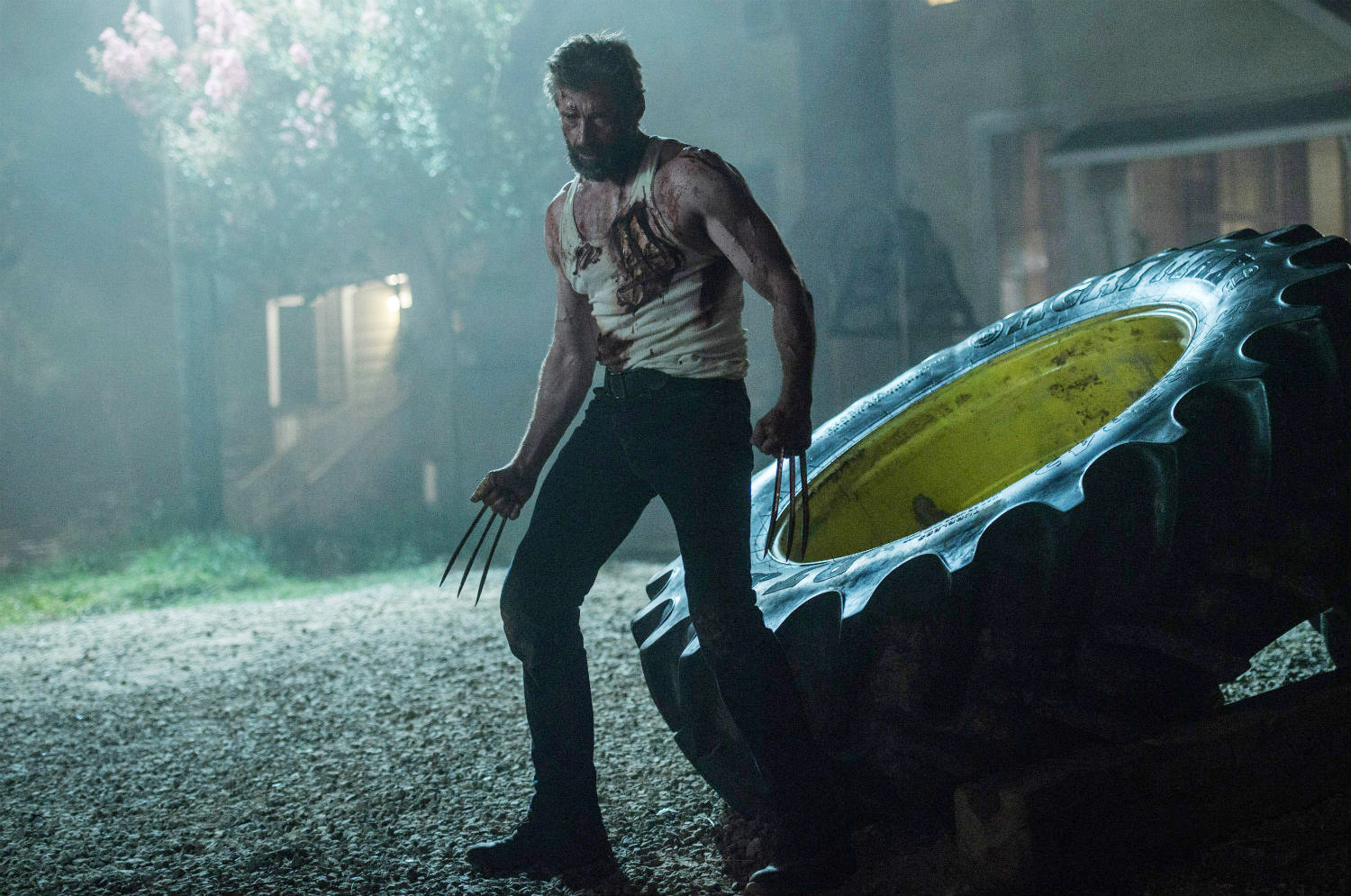 Hugh Jackman puts in the performance of his career as an old Wolverine.

It was third time lucky for Wolverine. After two crummy attempts, though ‚ÄúThe Wolverine‚Äù (2013) was a vast improvement on ‚ÄúX-Men Origins: Wolverine‚Äù (2009), James Mangold gave us a superhero outing worth a damn. If the Academy and other awards-giving bodies weren‚Äôt such big snobs, Hugh Jackman would have collected bags of awards for his portrayal of an ageing Logan/Wolverine (I jokingly referred to the film as ‚ÄúNo Country for Old X-Men‚Äù). Its elegiac spirit (I know you cried at the end, admit it) and Jackman’s mighty performance meant old Wolvie‚Äôs big screen send-off was quite magnificent. 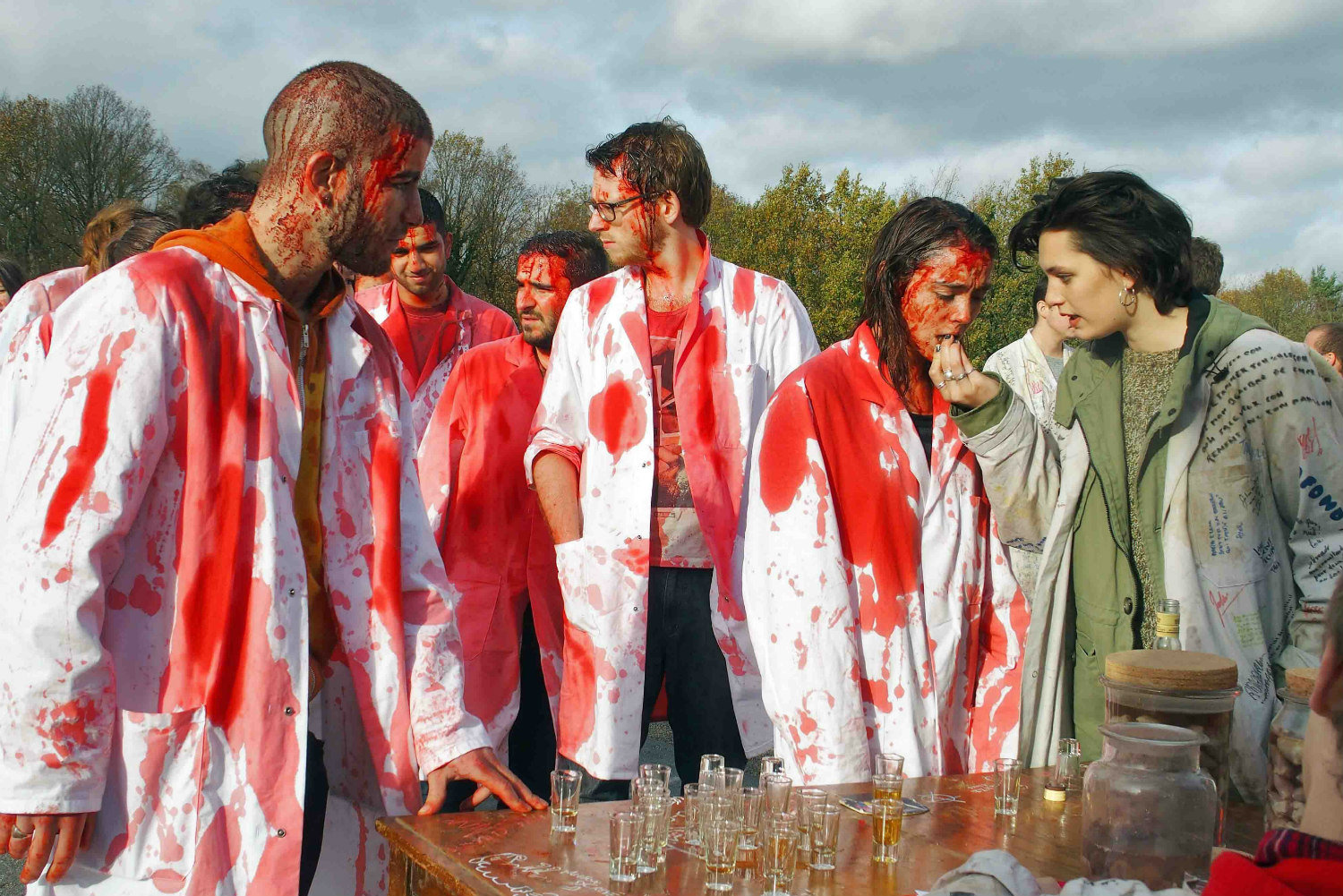 Julia Docournau’s “Raw” premiered at Cannes in 2016 to rave reviews.

Student Justine (Garance Marillier) goes off to veterinary school, like her mother, father and older sister before her. A dedicate veggie and animal lover, when she‚Äôs forced to chow down on a piece of rabbit liver‚Äîas part of a hazing prank‚ÄîJustine‚Äôs new-found craving for meat pushes the young girl into a Cronenbergian nightmare. A resurrection of the early 2000s French-Extreme style, Julia Docournau‚Äôs body horror debut feature film ‚ÄúRaw‚Äù is a gory delight, stylishly presented. 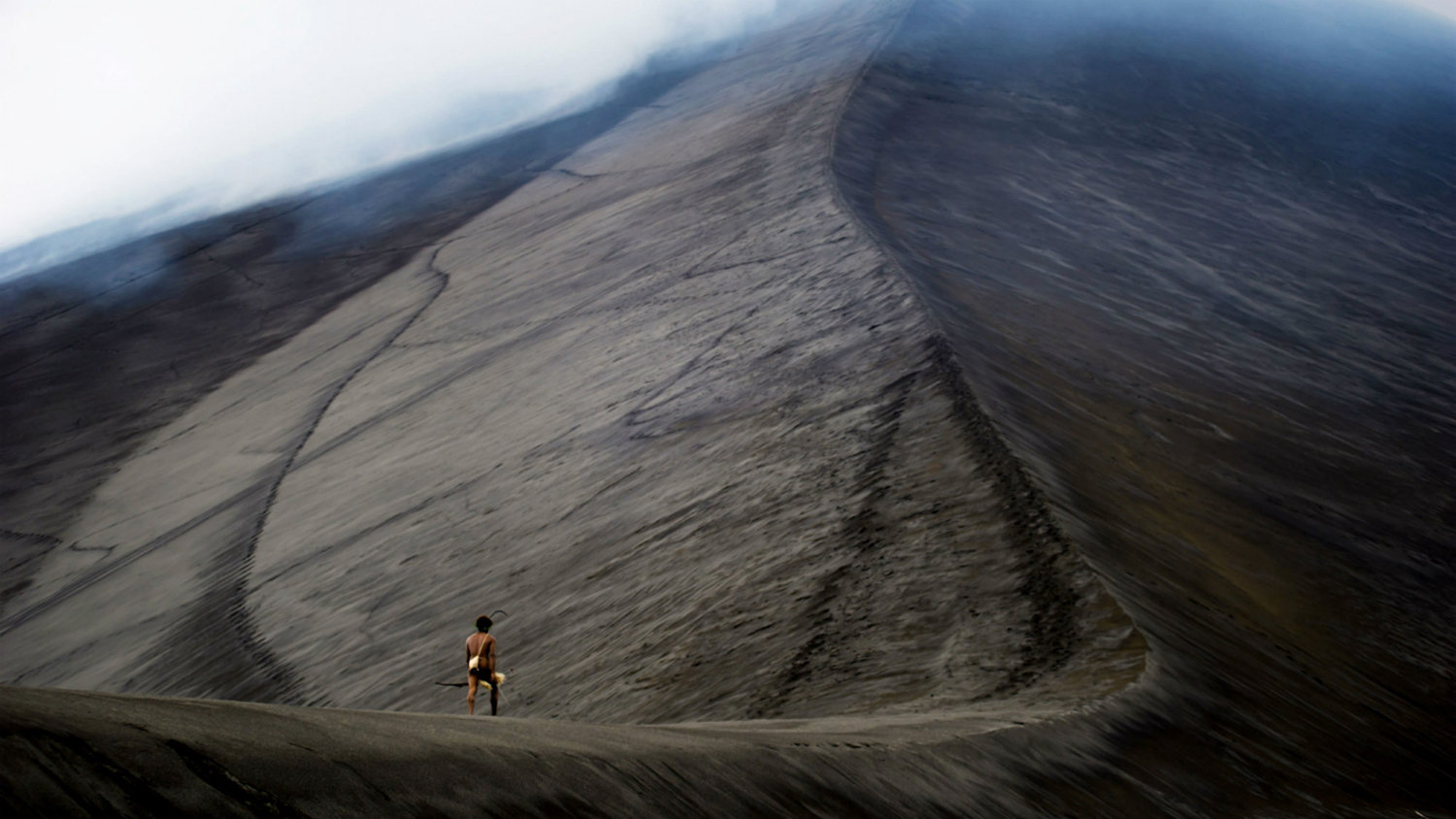 “Tanna” is a gorgeously crafted tale set on a South Pacific island.

Set on Tanna, an island making up the Vanuatu archipelago, in the South Pacific, Bentley Dean’s award-winning drama featuring non-professional actors retelling a story from the 1980s, one with huge cultural significance for the tribes who call the island their home. Two young lovers, Wawa (Maria Wawa) and Dain (Mungau Dain), are separated when warring villages attempt to settle a dispute by marrying off Wawa to their bitter rival. They run away and find they cannot settle anywhere. With both sets of villagers hot on their trail, Wawa and Dain take drastic action. Imagine Robert J. Flaherty making ‚ÄúMoonrise Kingdom‚Äù‚Äîthat‚Äôs ‚ÄúTanna.‚Äù 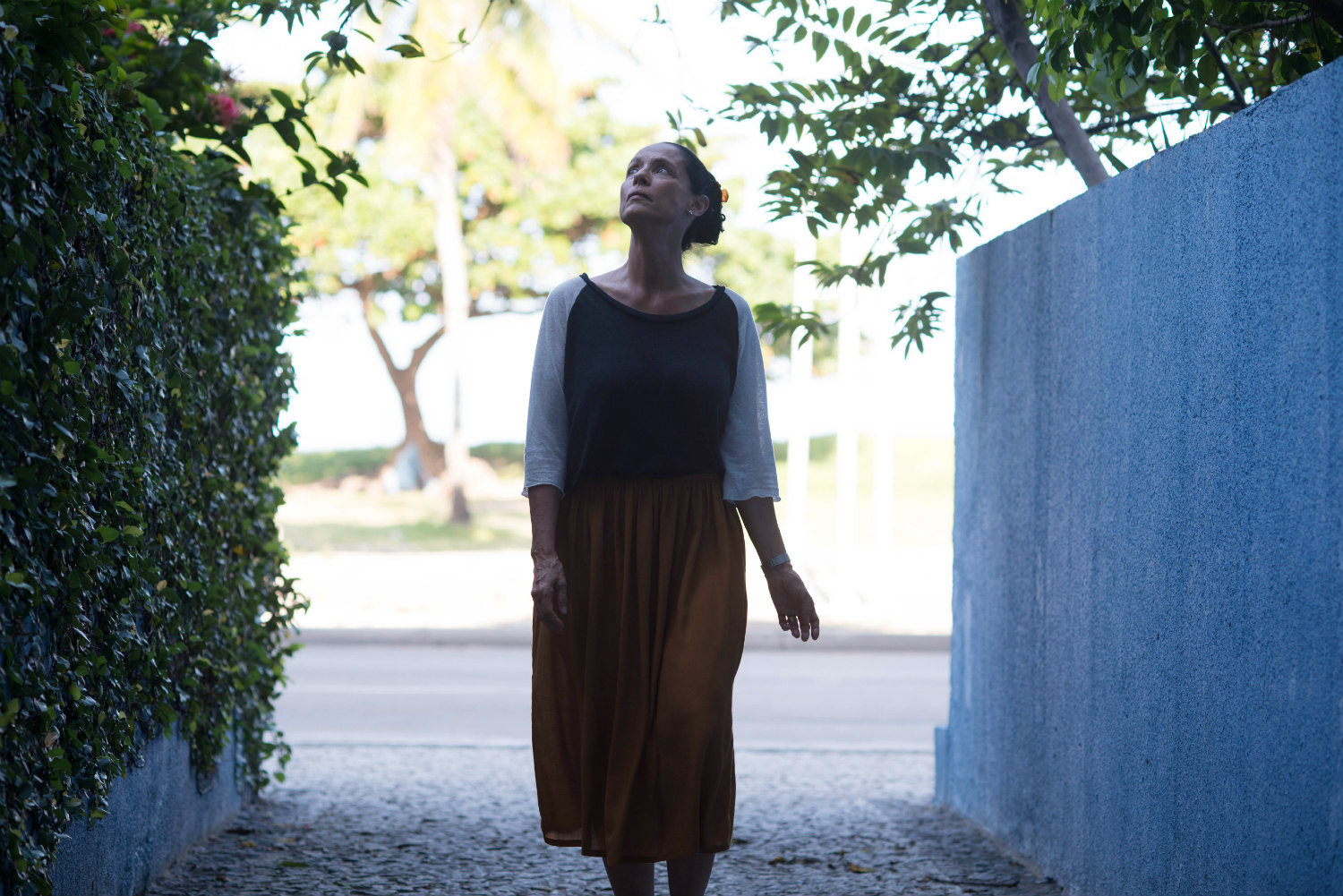 A vinyl hipster grannie (Sonia Braga) finds herself in a duel with property developers, when she refuses to sell her apartment. Clara is the last remaining occupant in a beachfront building and isn‚Äôt remotely interested in leaving. ‚ÄúAquarius‚Äù is a gorgeously told tale of rebellion against a society changing fast and a country emerging as an economic powerhouse in the world. Kleber Mendon√ßa Filho‚Äôs second feature is first-class cinema and Braga‚Äôs quiet authority in the lead role wows by the end. 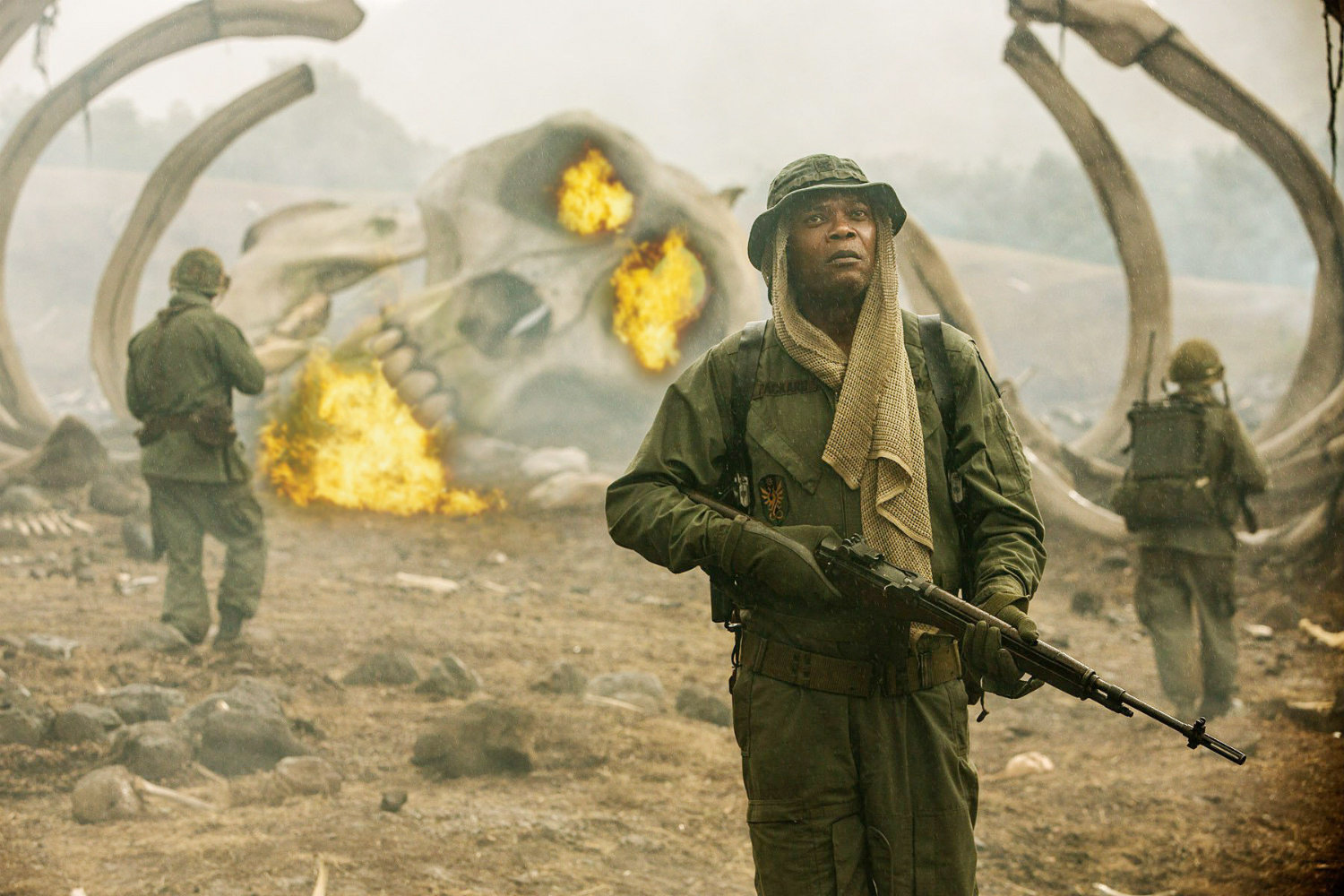 “Kong: Skull Island” is a terrific B-movie on a blockbuster budget.

Hollywood is currently hot for indie directors. After presenting a film at Sundance and getting positive reviews, fresh-faced filmmakers are snapped up to helm $150 million dollar blockbusters. Jordon Voight-Roberts is no different. ‚ÄúKong: Skull Island‚Äù might well be dumb and lightweight, knockabout B-movie fun, but it worked a treat. The film‚Äôs visuals were strong, too, with cinematographer Larry Fong doing some of his very best work to date. ‚ÄúKong: Skull Island‚Äù is also the only PG-13 rated movie to include a reference to notorious video nasty ‚ÄúCannibal Holocaust‚Äù (1980) and Park Chan-wook‚Äôs controversial classic, ‚ÄúOldboy‚Äù (2003). 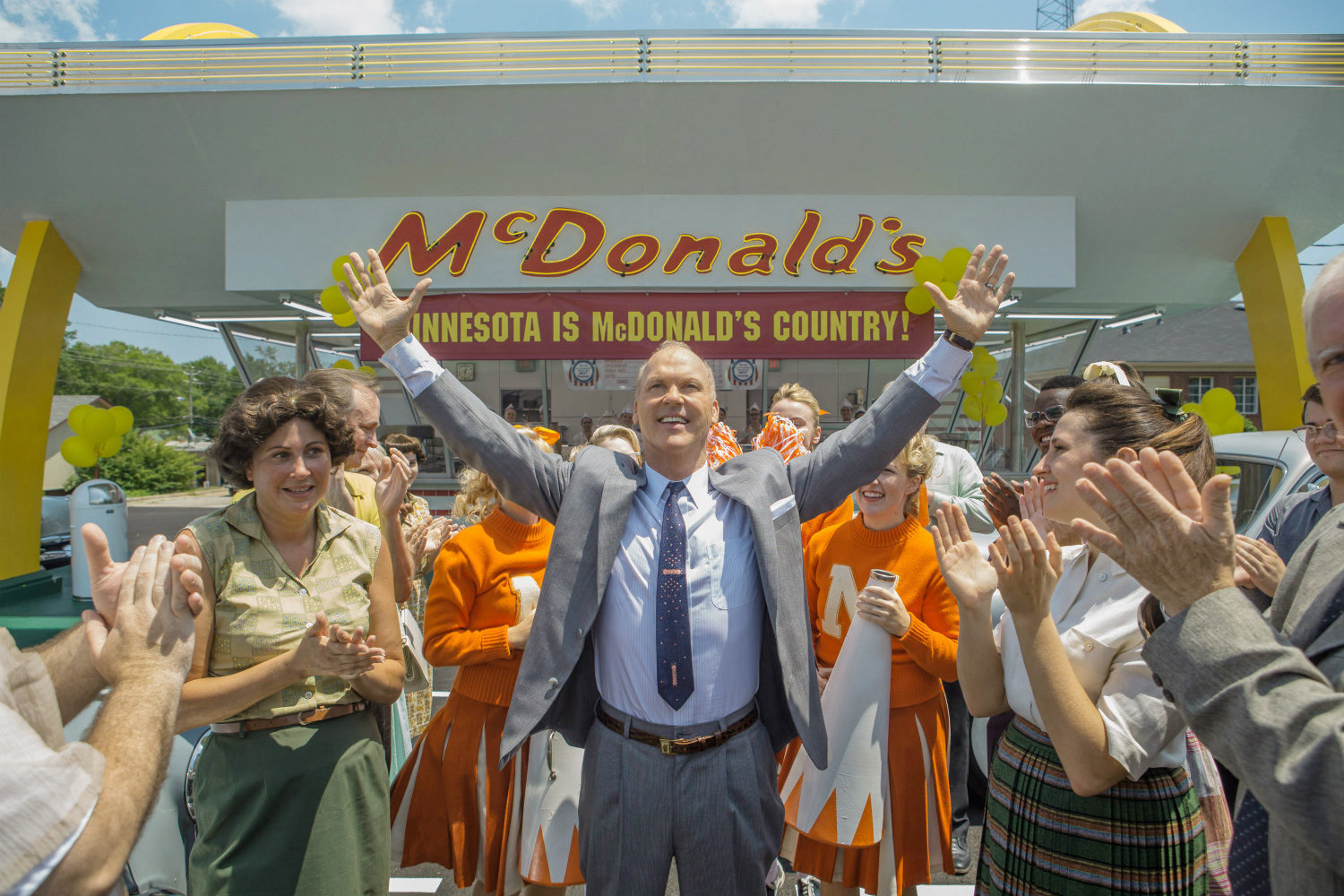 The story of how one visionary businessman turned fast food into a cultural norm.

Michael Keaton‚Äôs career renaissance has continued with his performance as Ray Kroc, the guy who franchised the McDonald‚Äôs brand and became a very rich man. ‚ÄúThe Founder‚Äù is like David Fincher‚Äôs ‚ÄúThe Social Network‚Äù for the restaurant business. Kroc starts out as a tenacious and likeable dreamer, before turning into a Charles Foster Kane style empty shell. His vision for fast food changed the world, pretty much, but it came at a very high cost: Kroc became a total asshole. Capitalism will do that to a person. 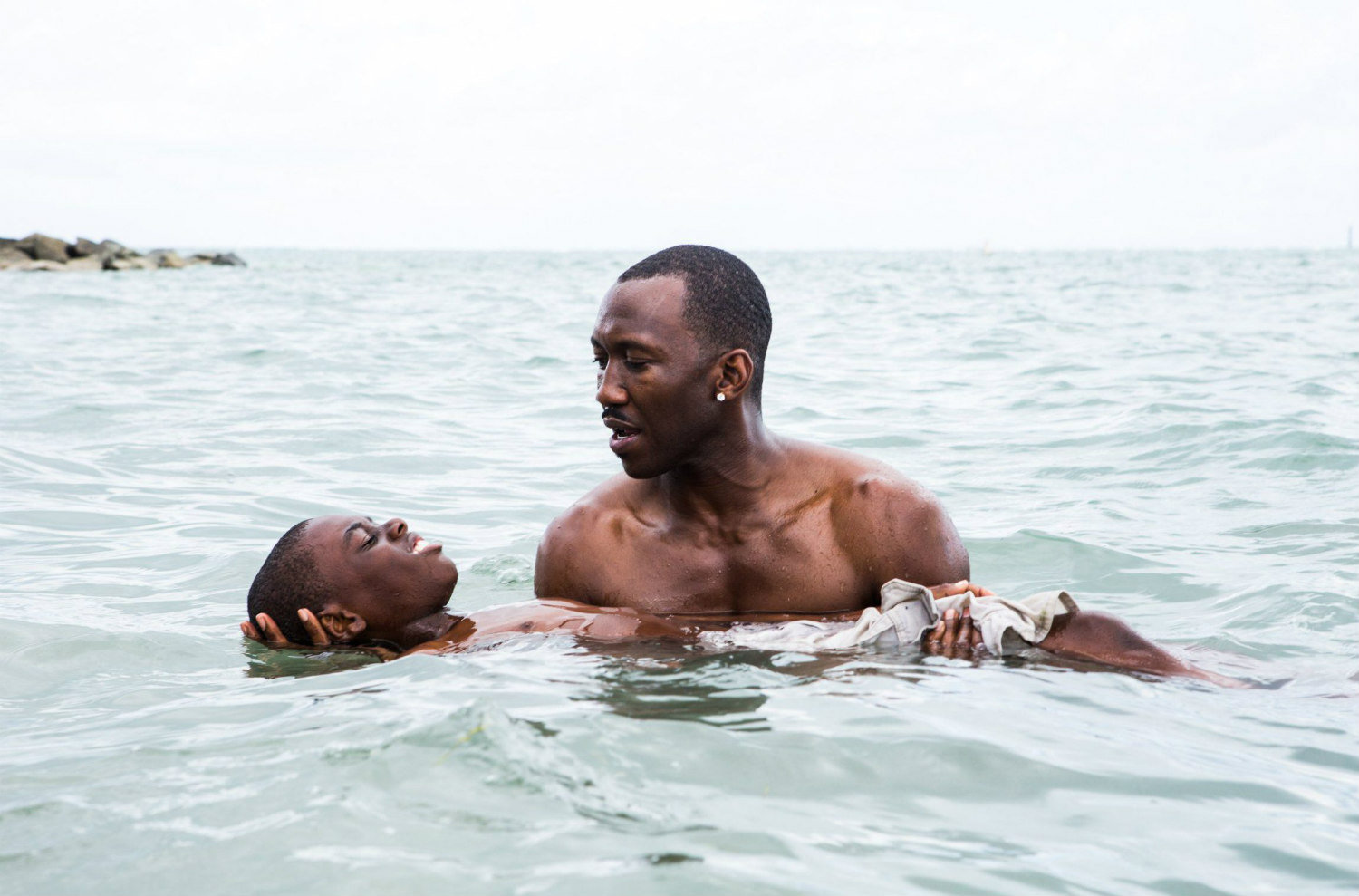 Nobody will forget the 72nd Academy Awards in a hurry. The Best Picture Oscar initially was awarded to ‚ÄúLa La Land‚Äù before the mistake was rectified in front of a worldwide audience. Barry Jenkins‚Äôs ‚ÄúMoonlight‚Äù is ground-breaking for two reasons: it‚Äôs a genuine arthouse movie that won a Best Picture Oscar and a black filmmaker picked up what is the ultimate industry accolade along with the Palme d‚ÄôOr. ‚ÄúMoonlight‚Äù is a beautifully crafted movie and richly deserving of acclaim. 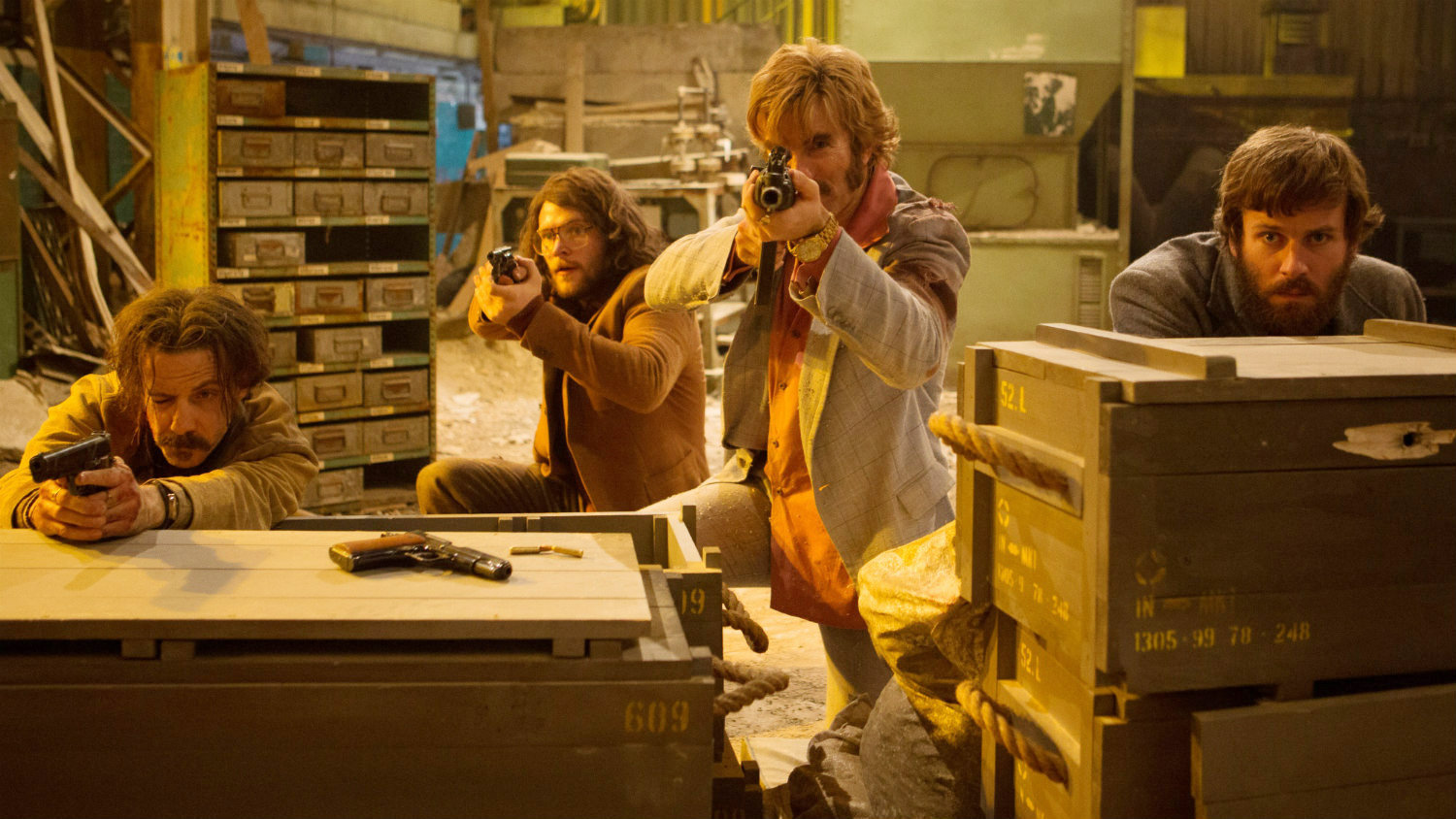 Set in Boston, “Free Fire” was shot mostly in a warehouse in Brighton, England. 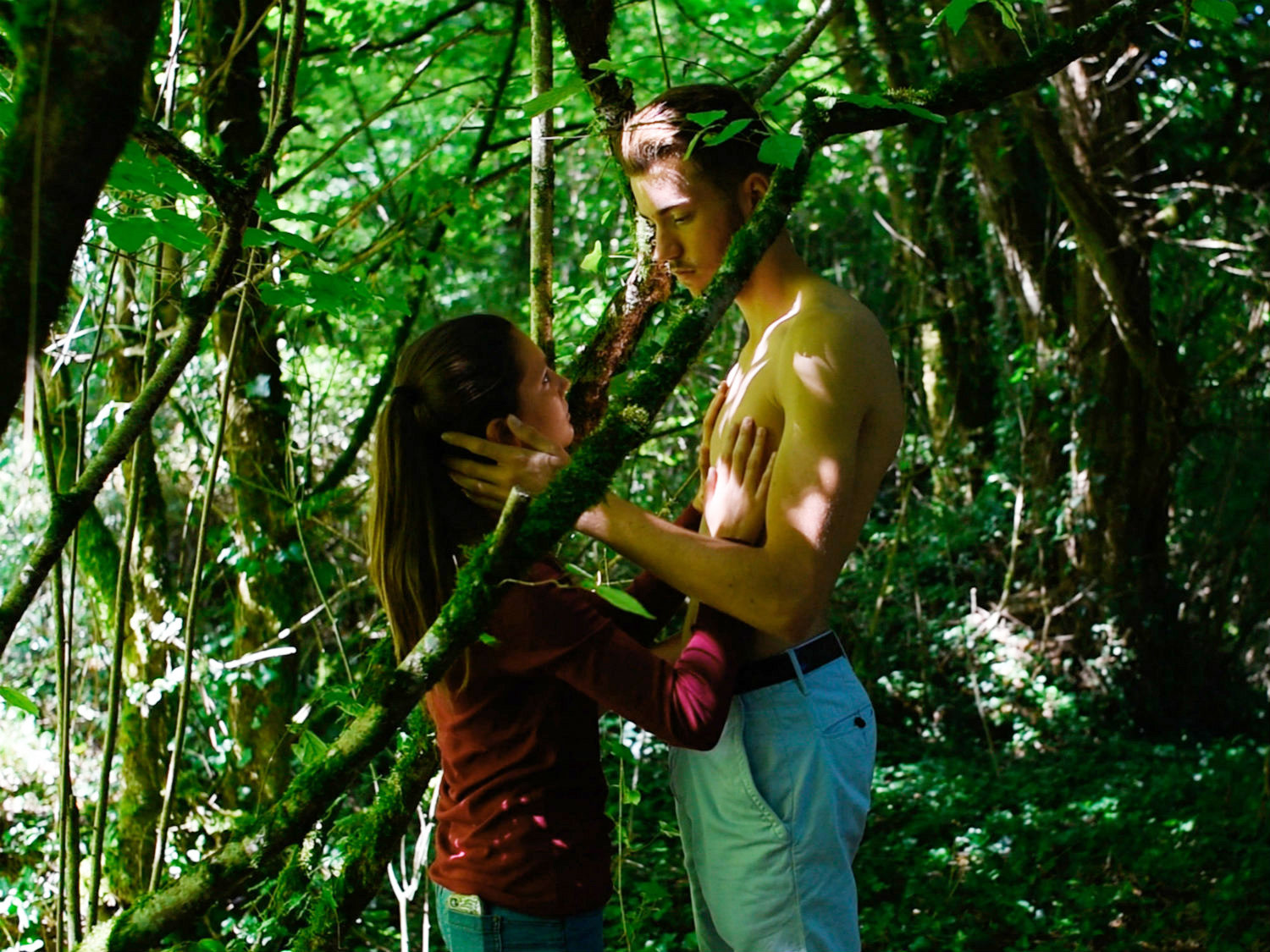 A boy and a girl spend the day and night in a park in the surreal “Le Parc.”

Naomie (Naomie Voght-Roby) goes on her first date with Maxime (Maxime Bachellerie) to a local park in Paris. When Maxime leaves and starts to send Naomie text messages, informing her he‚Äôs still in love with his ex, she finds herself unable to physically leave the park. As night falls, Naomie embarks on a dreamlike journey, aided by a park attendant (Sob√©r√© Sessouma). ‚ÄúLe Parc‚Äù is an ingeniously crafted work. 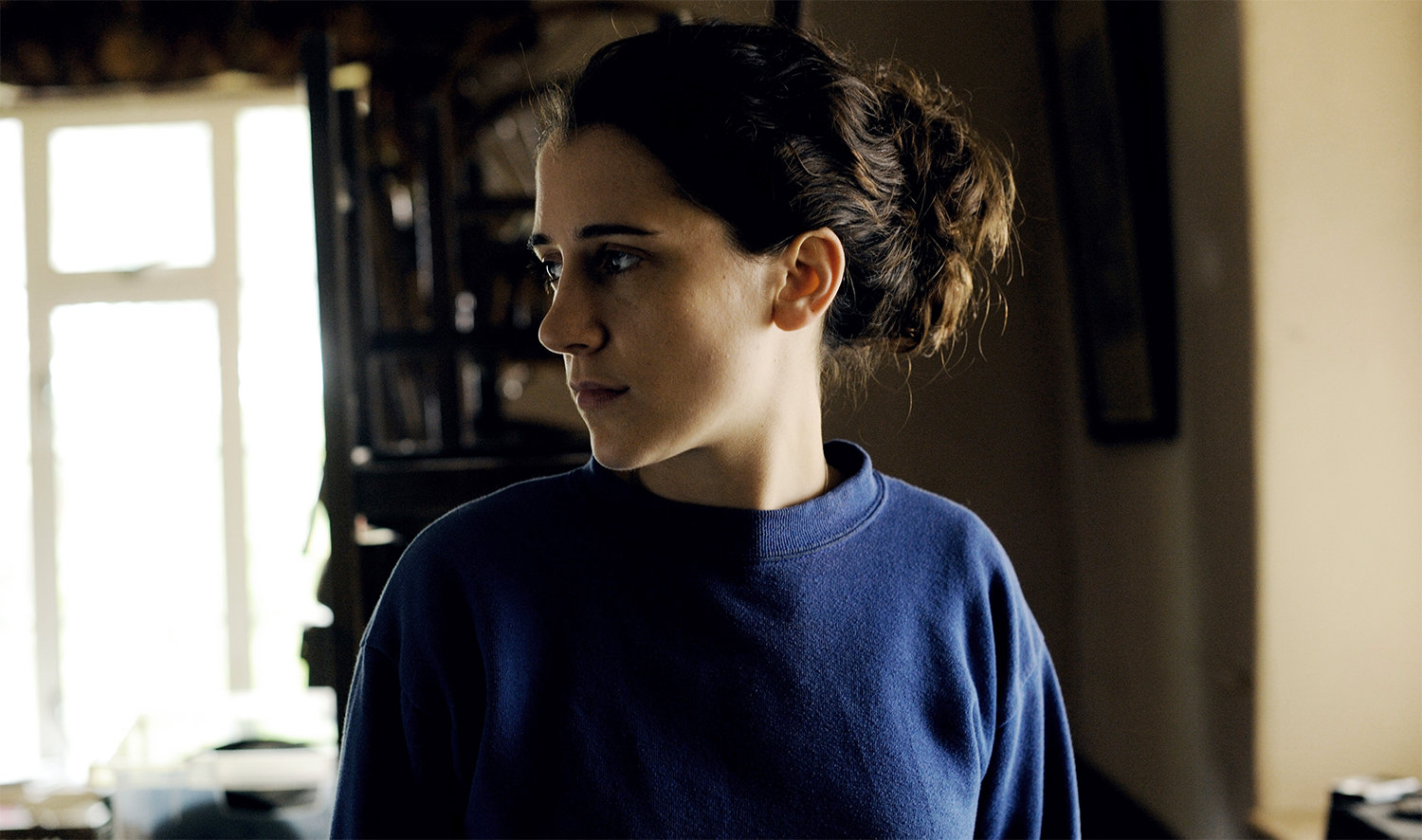 Hope Dickson Leach‚Äôs ‚ÄúThe Levelling‚Äù is British cinema at its finest. Like a gothic melodrama (with boggy farmers‚Äô fields replacing windswept moorland), this rural tale of a family in decay boasts an excellent lead in Ellie Kendrick (best known as Meera in ‚ÄúGame of Thrones‚Äù) and Leach‚Äôs script is cleverly constructed around a journey towards emotional catharsis.

Clover (Kendrick) is a student returning home to the family farm after her younger brother commits suicide (or was it murder?). The air of slow-burn menace is palpable, but ‚ÄúThe Levelling‚Äù never once opts for generic beats or mystery thriller clich√©s. Leach is a filmmaker to keep an eye on.