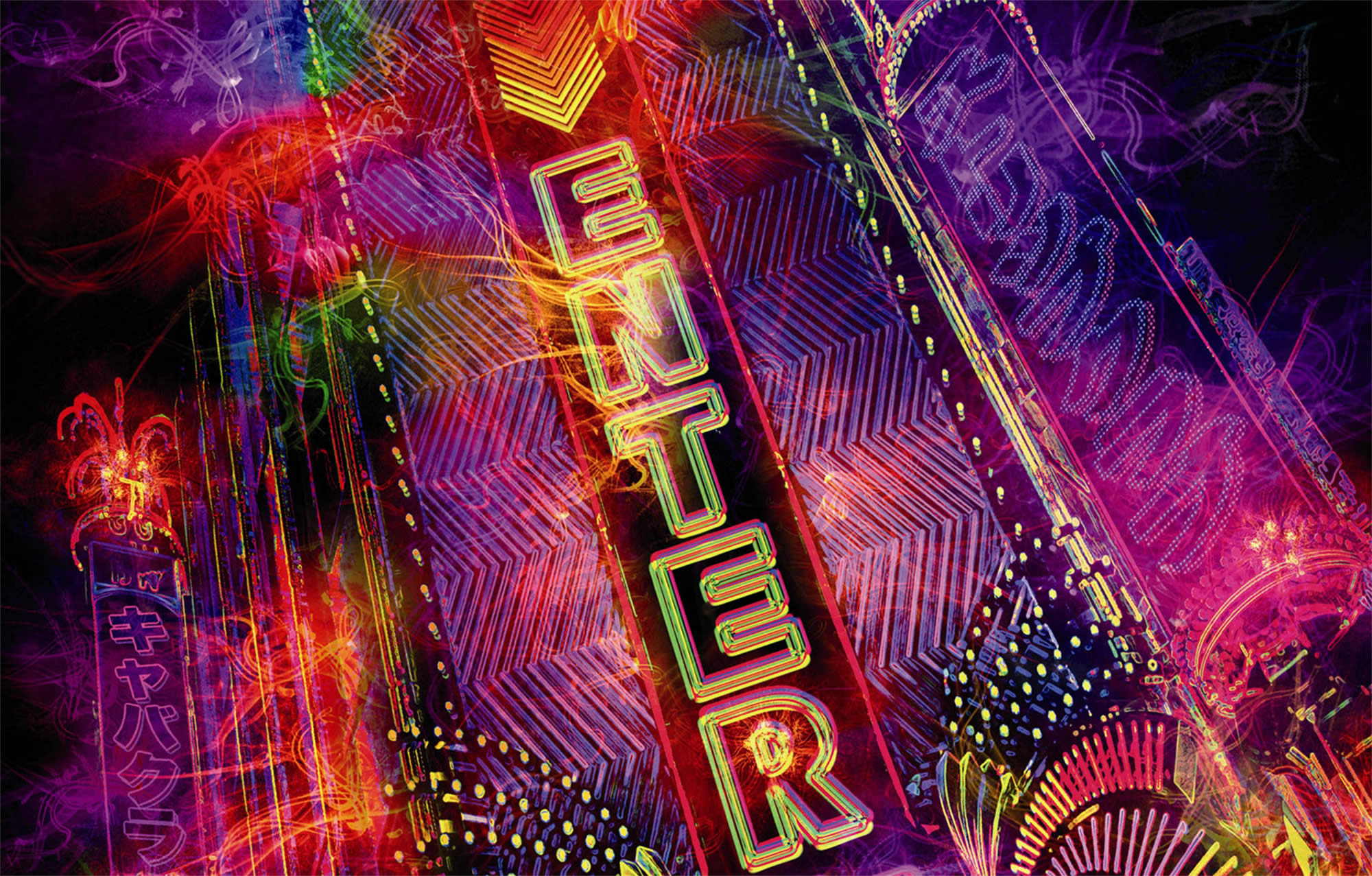 Neon lighting was invented in the early 1900s and was used throughout the century, mostly for advertising purposes. One immediately pictures New York‚Äôs Time Square lit up at night.

In the movies, it often feels like cinematographers and directors discovered neon lighting in the 1980s. But that‚Äôs not quite true. There was a resurgence in its use among visual artists, certainly, but Alfred Hitchcock‚Äôs ‚ÄúVertigo‚Äù (1958), for example, used it as both a psychological and stylistic device.

It‚Äôs easy to see the appeal of neon lighting. It creates magical and moody imagery. There is something ever so beautiful about bursts of primary colours in electric hues. 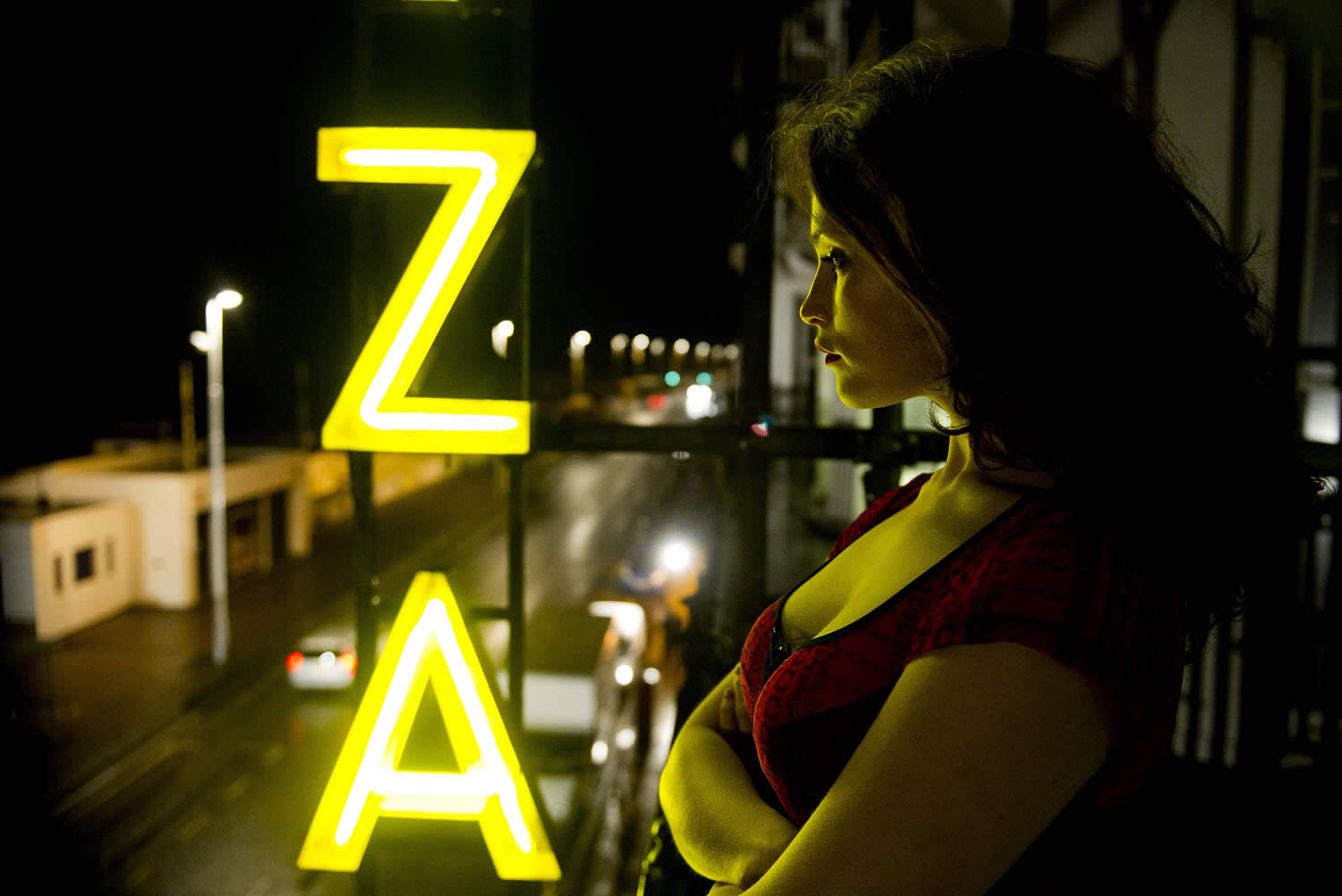 “Byzantium” was filmed in the British seaside town of Hastings.

A crummy seaside town might be a funny place for vampires to live. But they are actually quite perfect habitats. The constant stream of tourists means there is always the opportunity of an easy meal. ‚ÄúByzantium‚Äù is the name of the hotel where two vampires make their home. The giant yellow neon hotel sign was so beautifully designed, it featured on all the posters advertising the film. 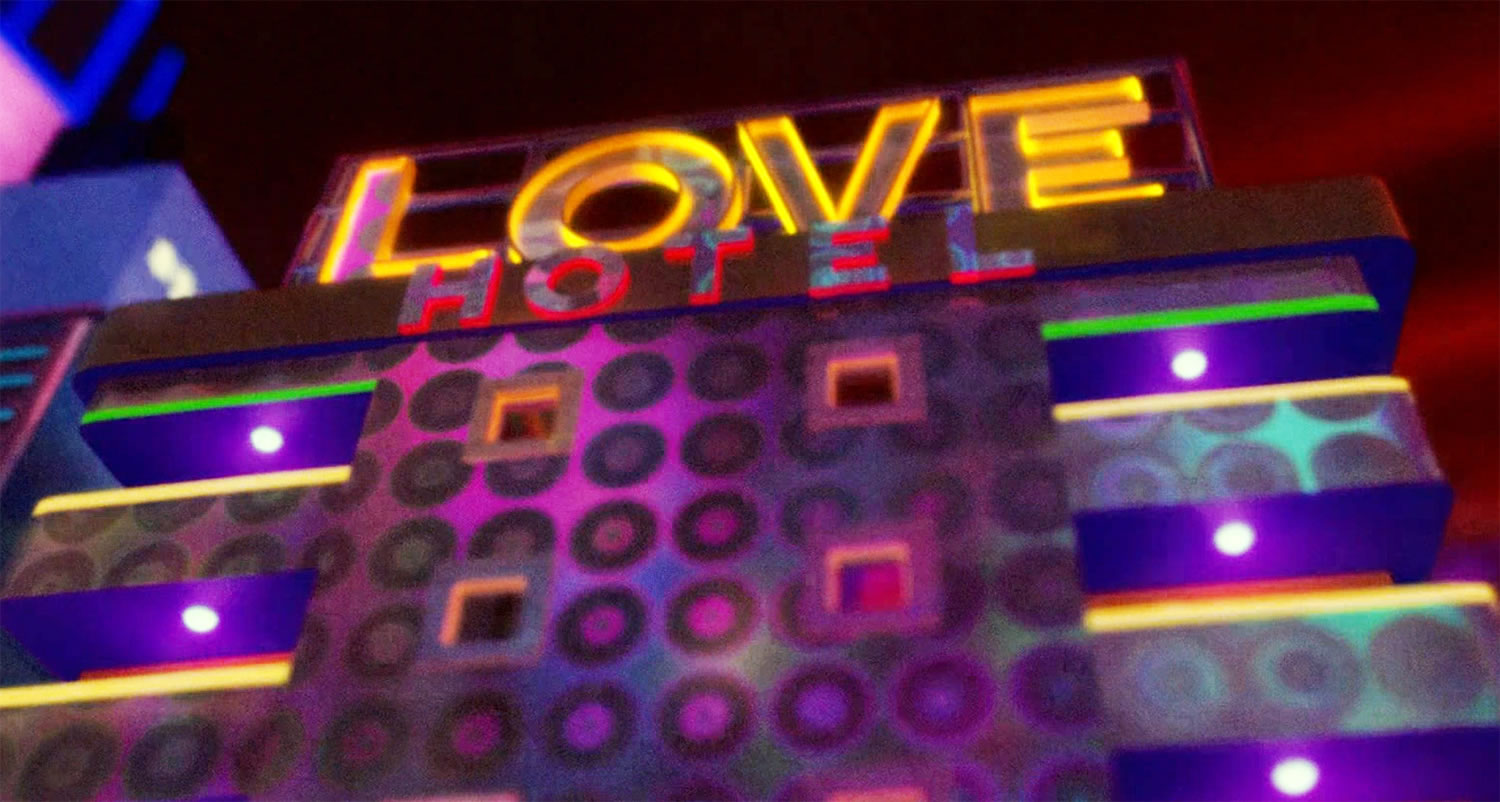 Gaspar No√©‚Äôs psychedelic drama was filmed at locations across Tokyo.

Watching Gaspar No√©‚Äôs Tokyo-set drama is like tripping on LSD while having your head jammed inside a pinball machine. The city at night is depicted in very hallucinogenic fashion. Which is entirely appropriate, given the story follows a drug addict‚Äôs spirit floating around the place, after being shot in a nightclub toilet. There is quite simply nothing like ‚ÄúEnter the Void.‚Äù 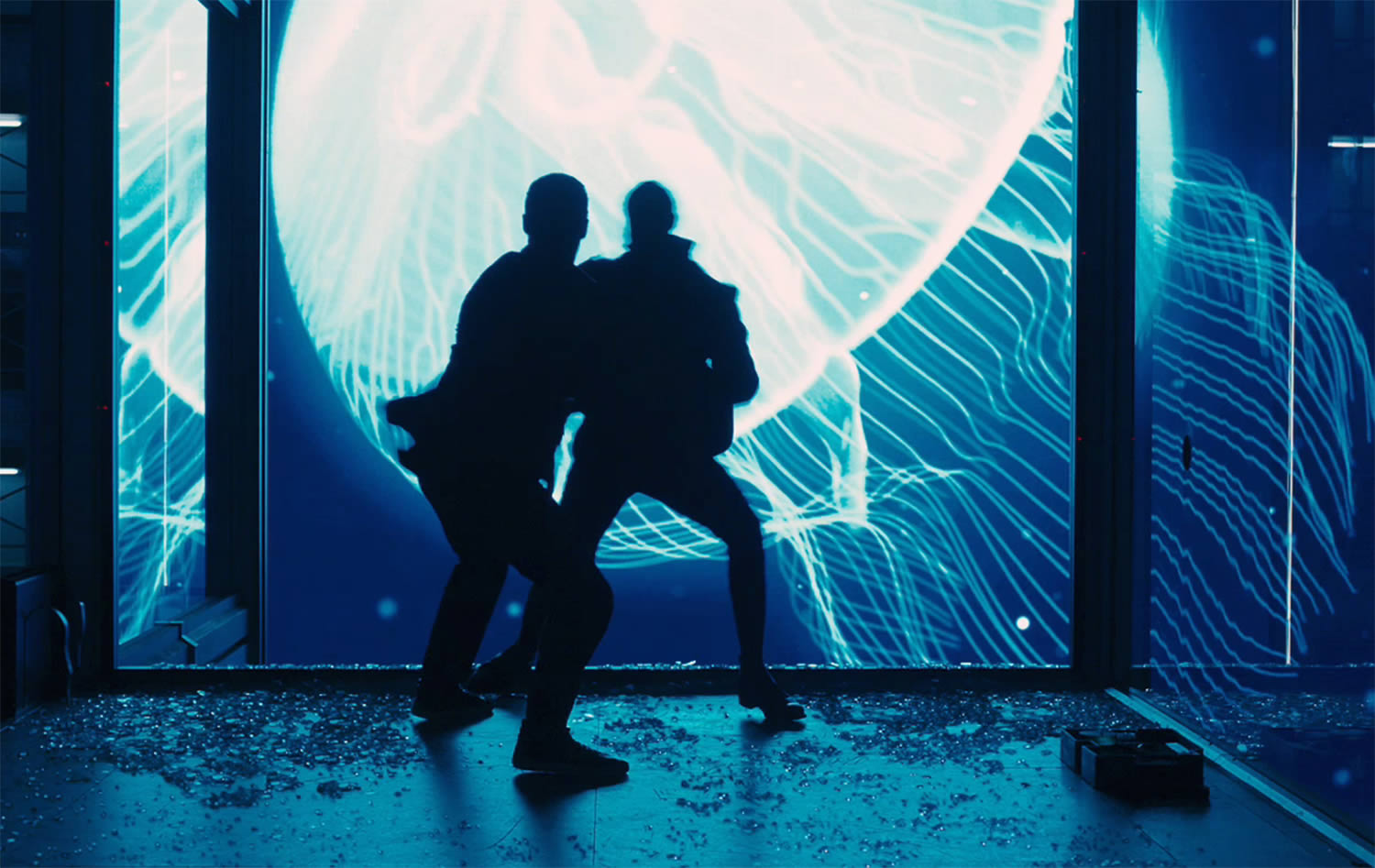 “Skyfall” is the first 007 movie to be shot with digital cameras.

Blue florescent jellyfish on giant LED screens is just one of the transfixing images in ‚ÄúSkyfall.‚Äù The scenes using neon lighting effects are quite frankly jaw-dropping. Roger Deakins shot on digital, using an ARRI Alexa camera. It allowed for better picture resolution and more control when lighting the sets. Neither did the crew go to Shanghai. They built the sets in London. 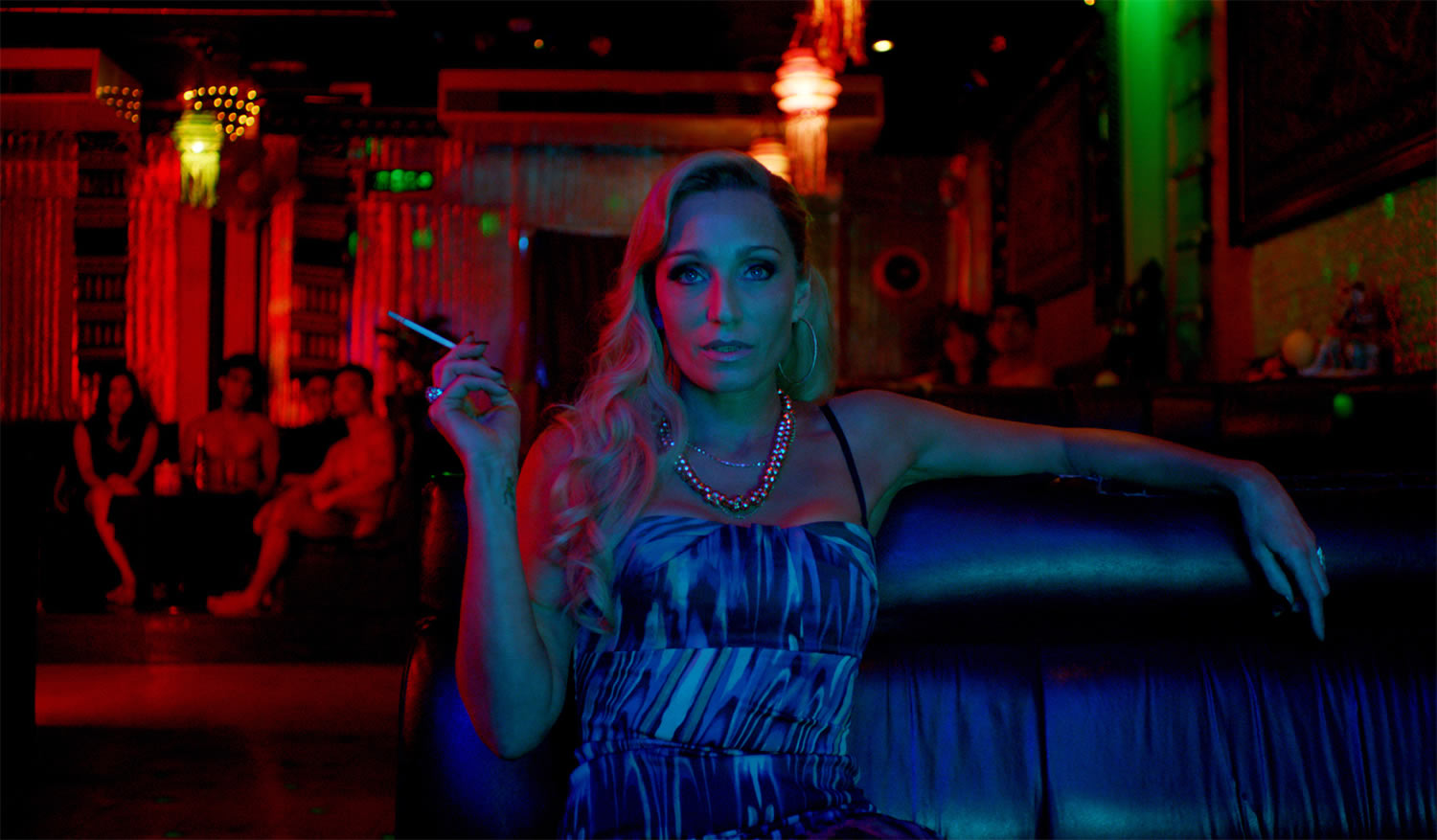 “Only God Forgives” is dedicated to surrealist director and artist, Alejandro Jodorowsky.

With a color palette that could be at home in a Dario Argento horror movie, Nicolas Winding Refn‚Äôs Freudian revenge thriller was shot in and around Bangkok, Thailand. Interior and exterior locations are drowned in neon light and helped to produce an intoxicating movie experience. Although it received mixed reviews, nearly everybody agreed that the visuals were stunning. 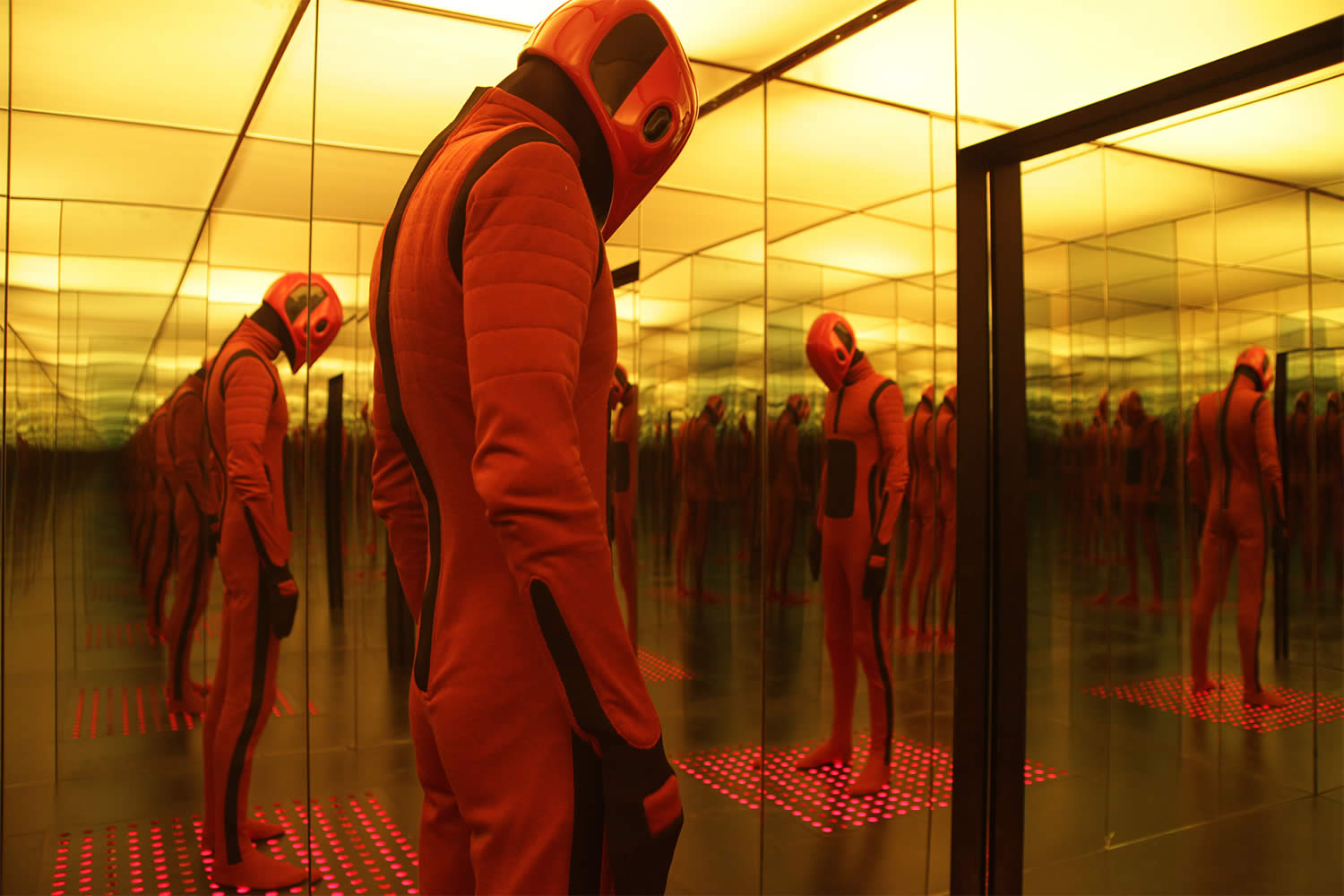 “Beyond the Black Rainbow” is heavily influenced by the films of David Cronenberg.

Beyond the Black Rainbow

Director Panos Cosmatos was chiefly inspired by childhood trips to the video store. He has described ‚ÄúBeyond the Black Rainbow‚Äù as an imaginary 1980s horror movie‚Äîthe kind he would read about as a kid, but wasn‚Äôt allowed to see. Extensive use of neon lighting helped create the distinct 1980s sci-fi horror look Cosmatos desired. 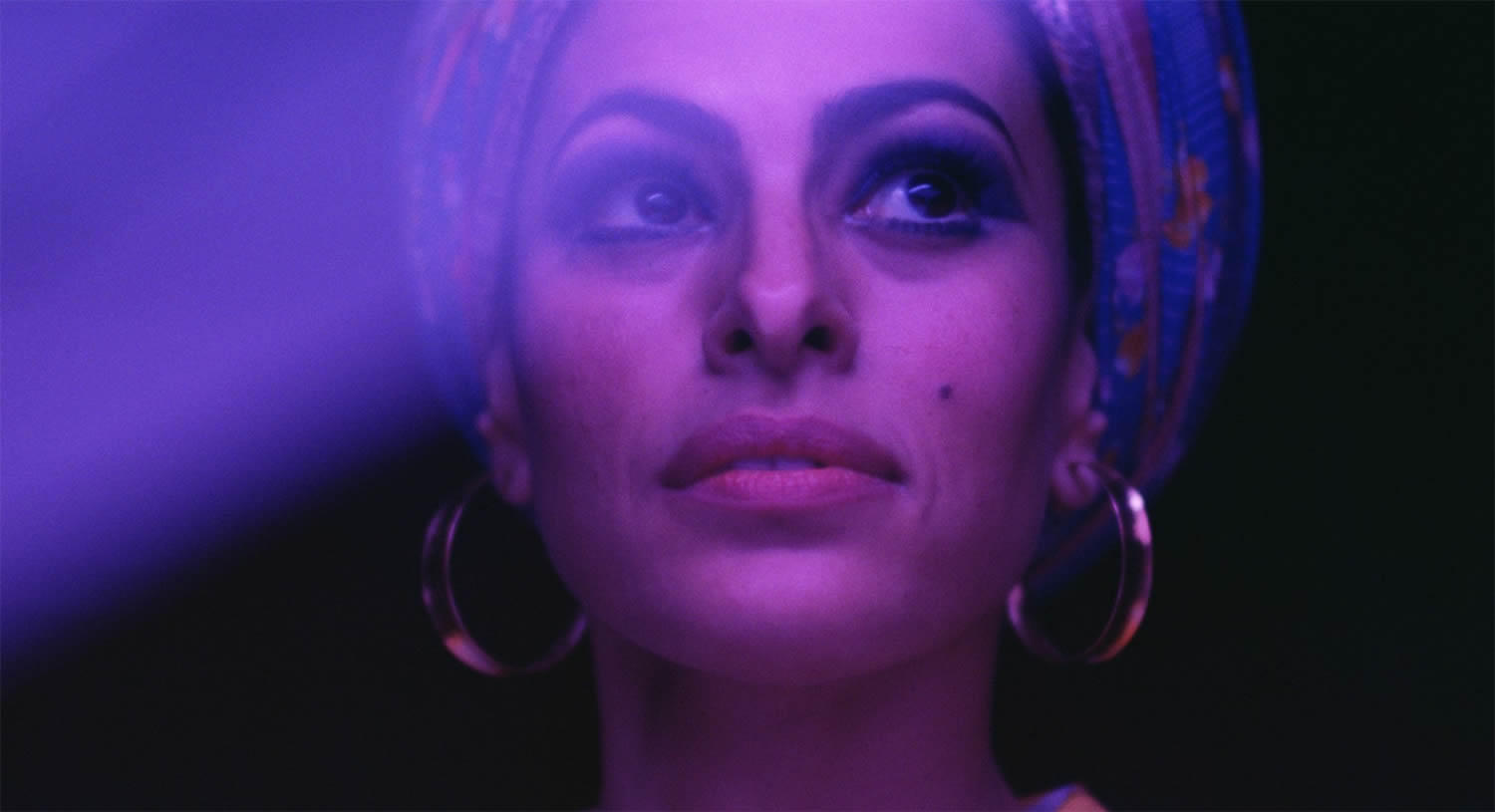 “Lost River” was shot in abandoned neighborhoods in Detroit, Michigan.

Beno√Æt Debie is becoming one of the hottest names working in the field of cinematography today. Ryan Gosling very wisely hired him to shoot ‚ÄúLost River.‚Äù The film has a lot in common with ‚ÄúOnly God Forgives.‚Äù What do I mean by that? They‚Äôre both invested in the poetry of visual storytelling and less so on dialogue and traditional performances. 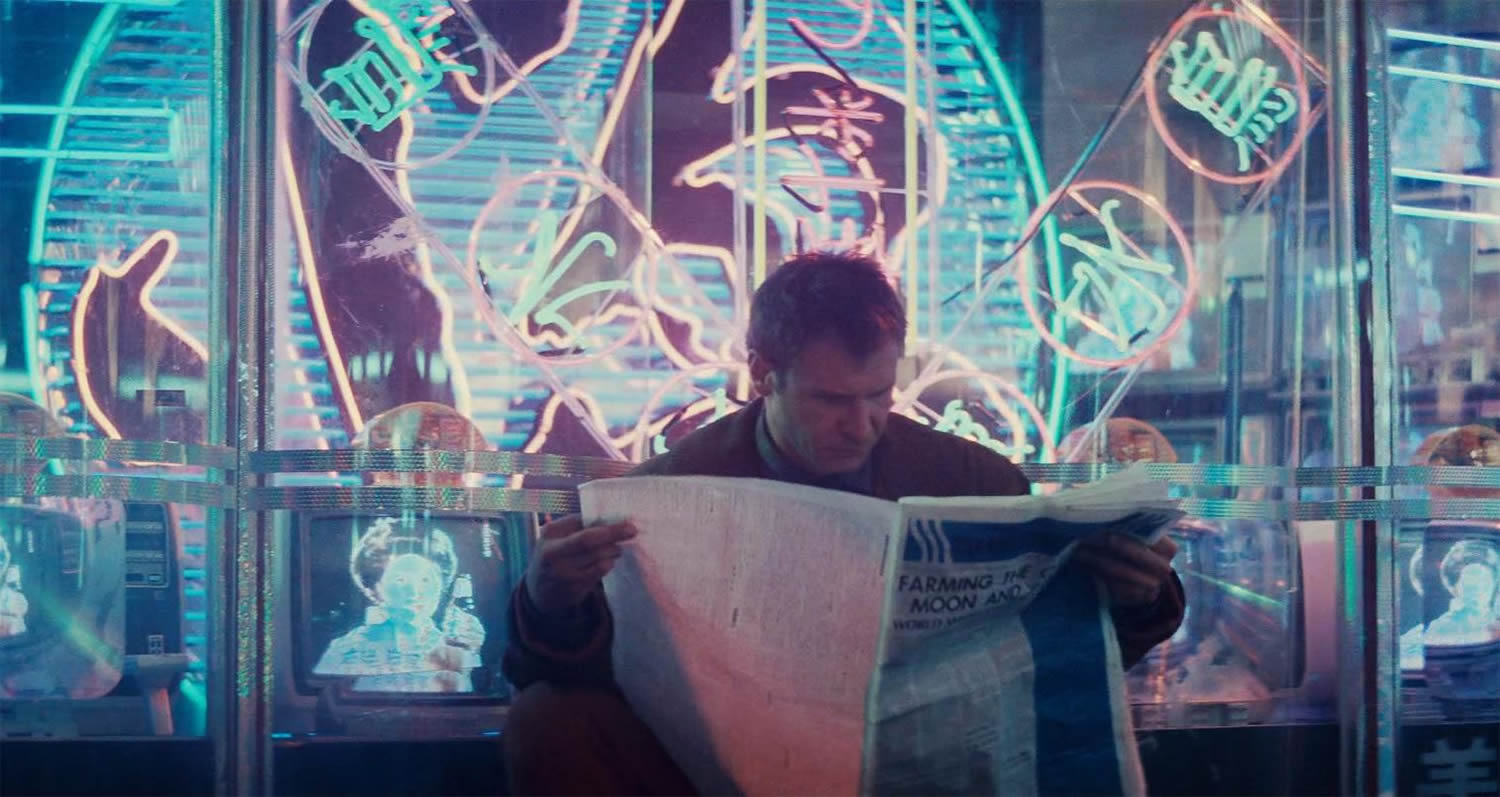 Ridley Scott‚Äôs 1982 masterpiece invented an art aesthetic known as Future Noir. It combined 1940s detective stories with science-fiction worlds. The opening shots of ‚ÄúBlade Runner‚Äù is a vision of the future never seen before. Los Angeles, 2019, is a waking nightmare. Cinematographer Jordan Cronenweth‚Äôs highly influential lighting style has had a major impact on the genre. 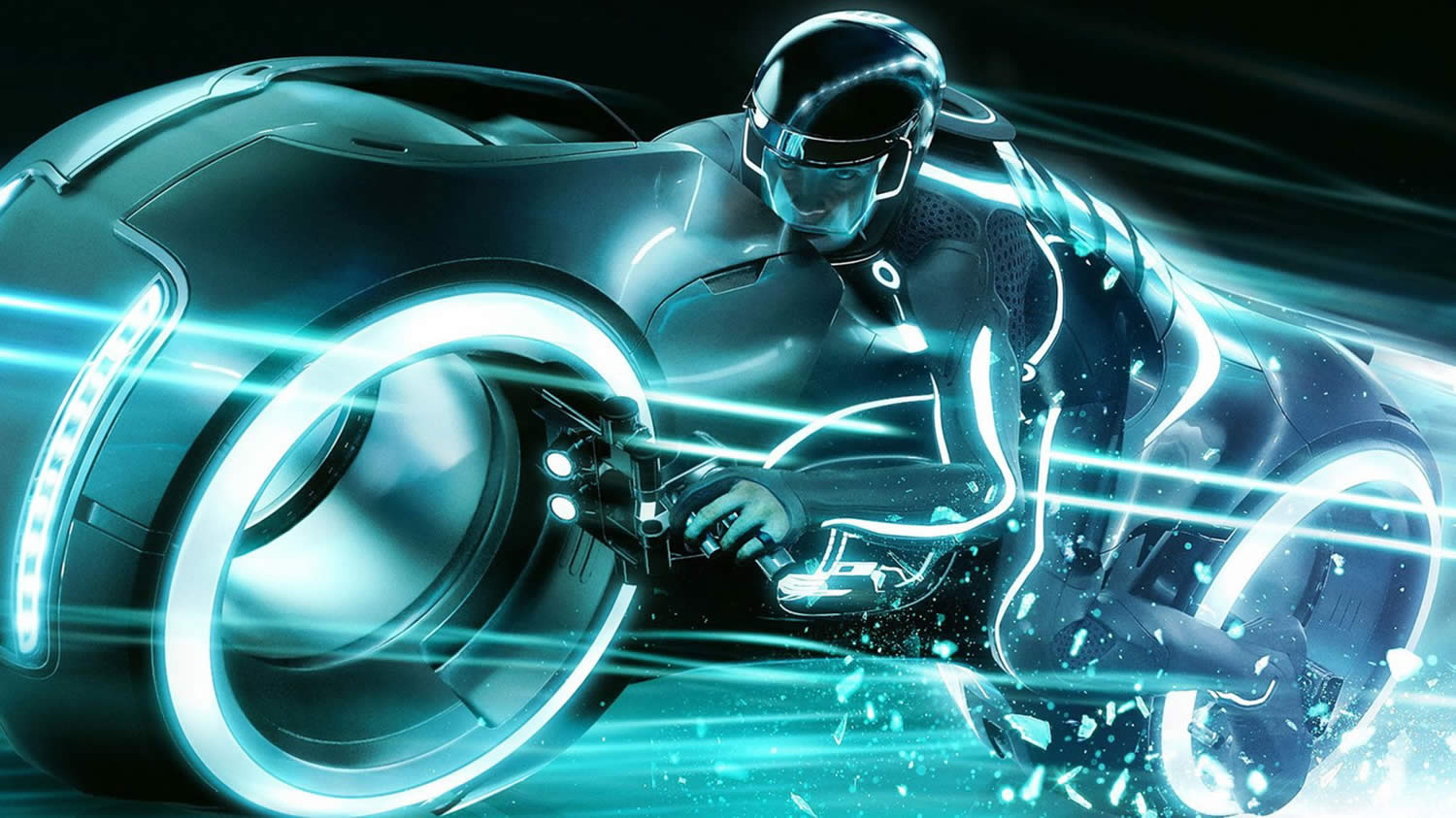 The sequel to the pioneering 1982 computer-animated Disney production, ‚ÄúTRON: Legacy‚Äù used neon lighting as integral to the very architecture and design of its fantasy world. It wasn‚Äôt used to just make pretty pictures. Even the costumes used florescent lights! The special effects team took two years to complete their work, and the dazzling result made ‚ÄúTRON: Legacy‚Äù one of the most eye-popping movies of 2010. 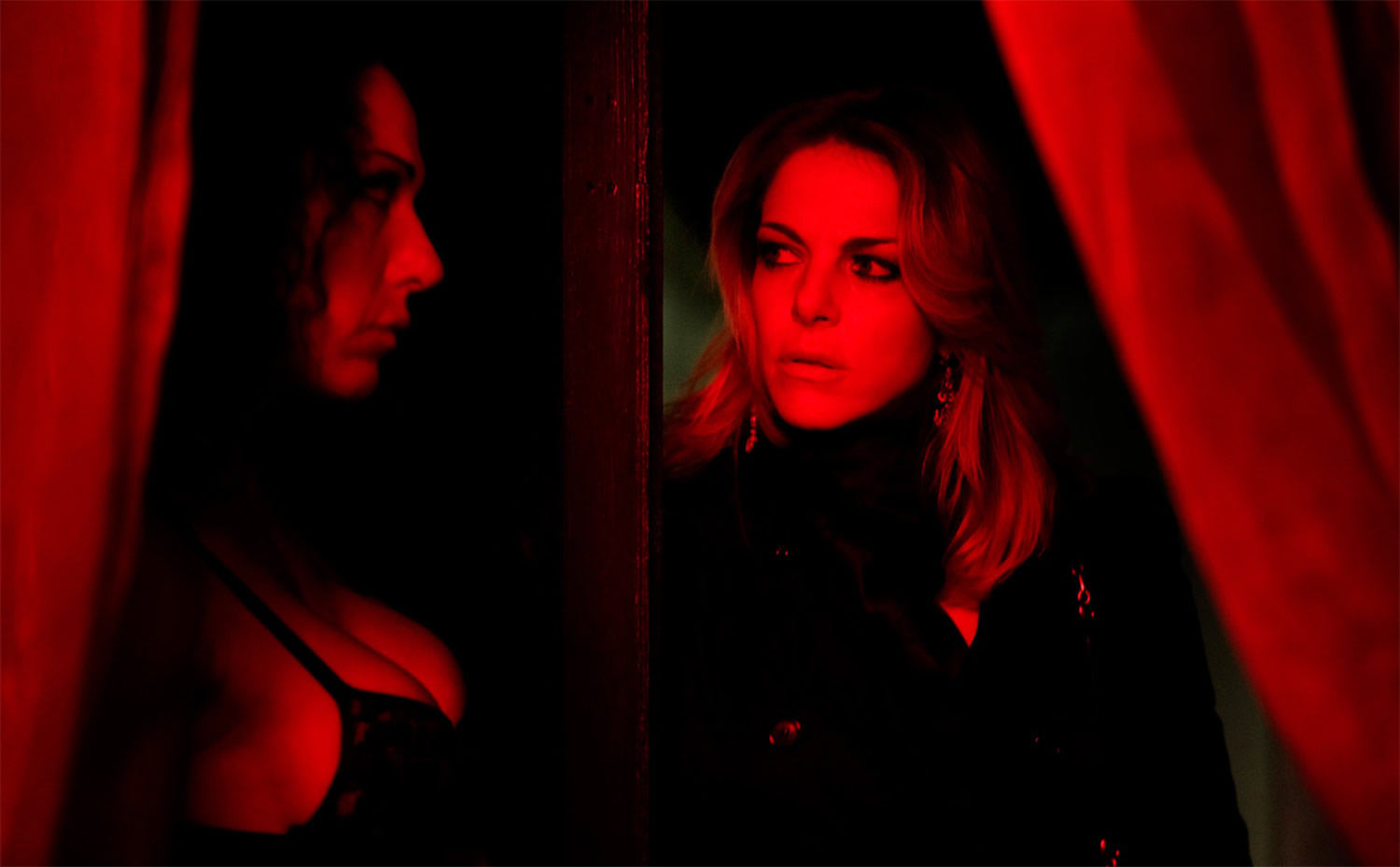 “Tulpa” was based on a story by Italian screenwriting legend, Dardano Sacchetti. 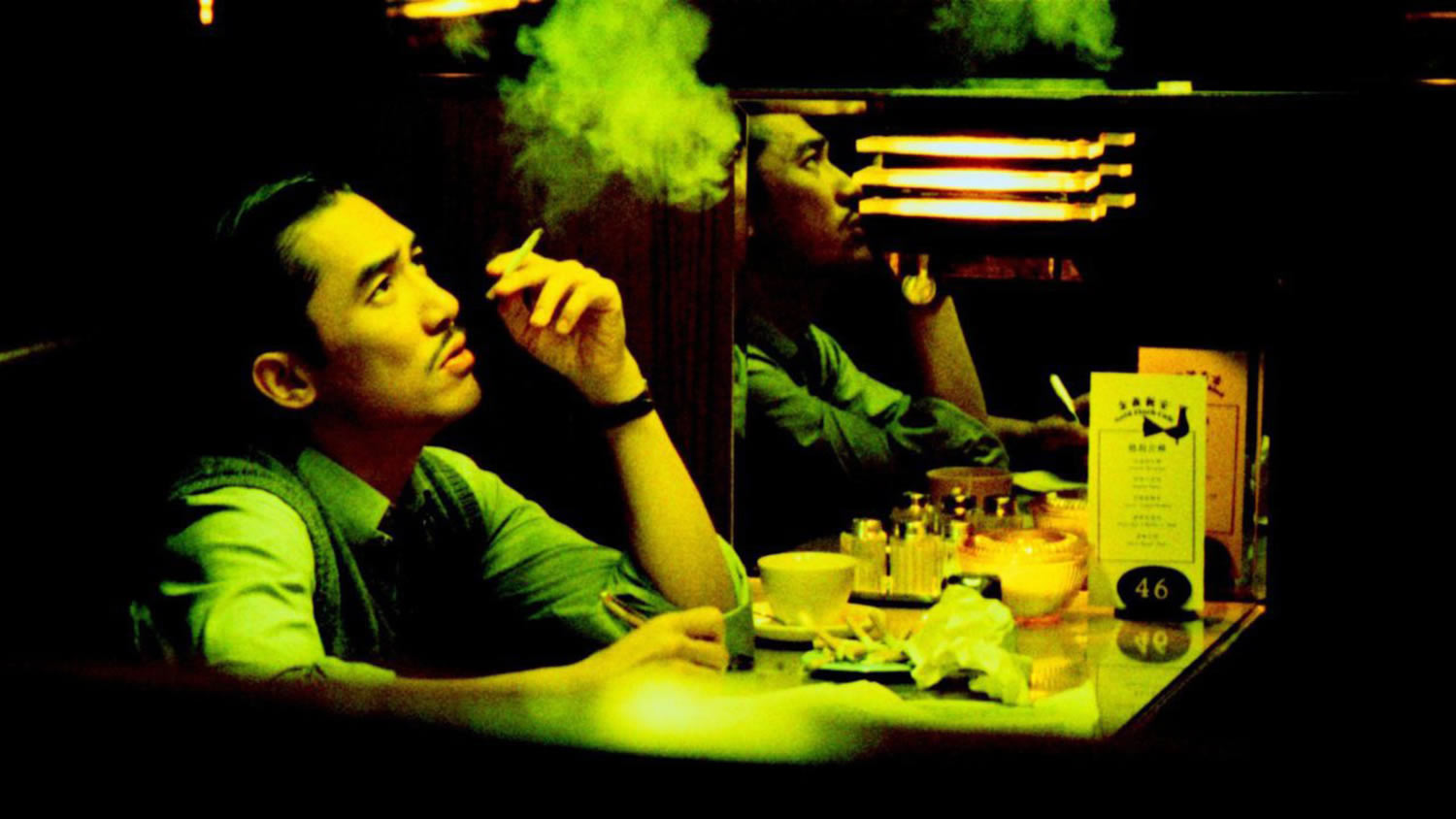 Very little was known about Wong Kar-Wai‚Äôs ‚Äú2046‚Äù before it premiered at Cannes, in 2004. It took four years to complete. Collaborating once more with cinematographer Christopher Doyle, ‚Äú2046‚Äù is a romantic drama with a sci-fi twist. The visuals are incredible and wash the film with rich colours and textures.