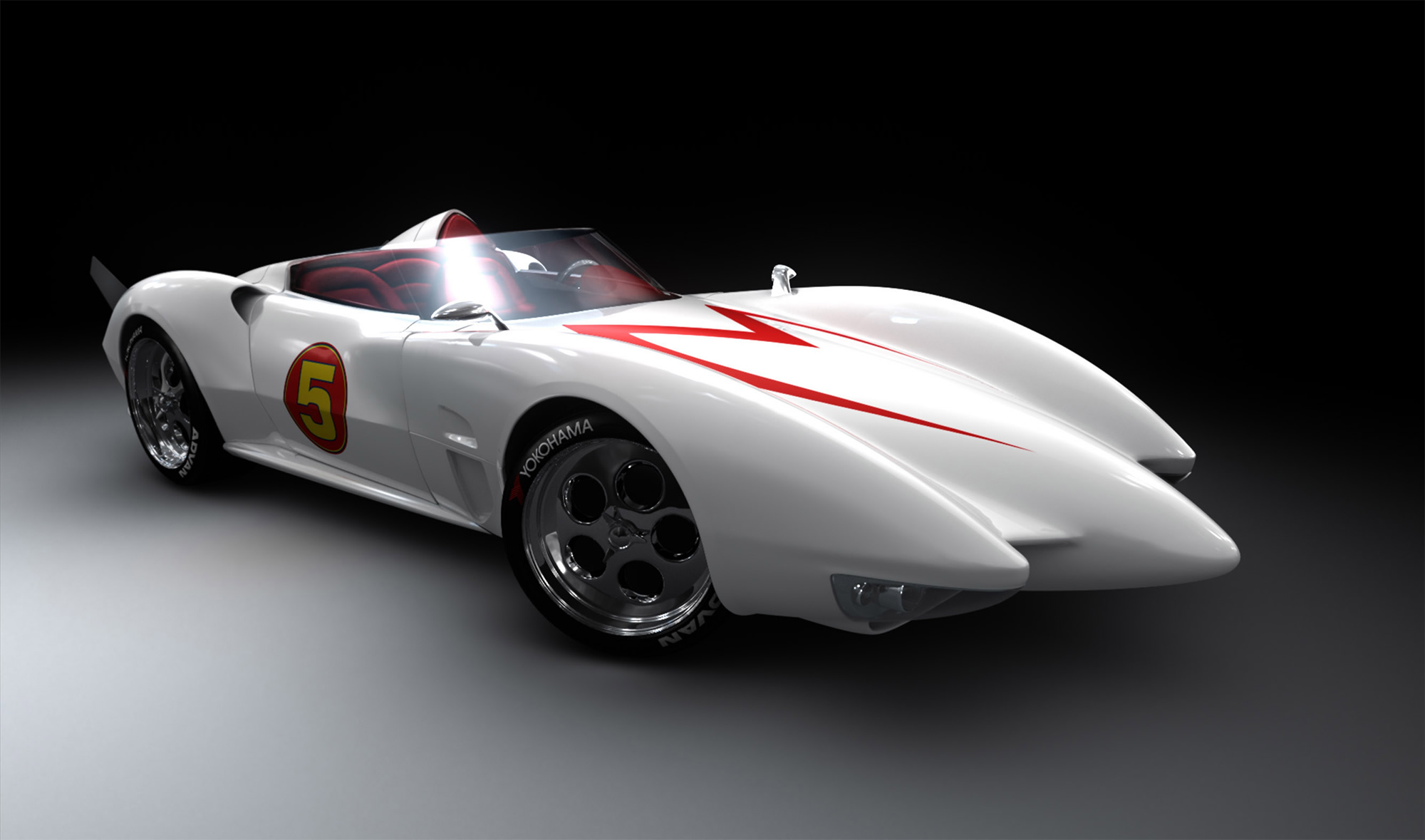 Movies and cars go together perfectly on the big screen. In fact, the two things have a lot in common: they‚Äôre about craft, design and, most importantly, movement.

The feeling of speed in cinema is achieved chiefly through editing and the illusion of fast and furious, peddle-to-the-metal travel can be exhilarating to experience. The car chase sequence, or sequences, has become one of the medium‚Äôs primary visceral thrills, and they have to be as imaginative and new as possible.

We also, as an audience, love to see distinct concepts and designs. It can be realistic or something totally wild and fantastical.

Top: “Speed Racer” is one of the most success Manga comics ever, as it achieved global success and recognition. 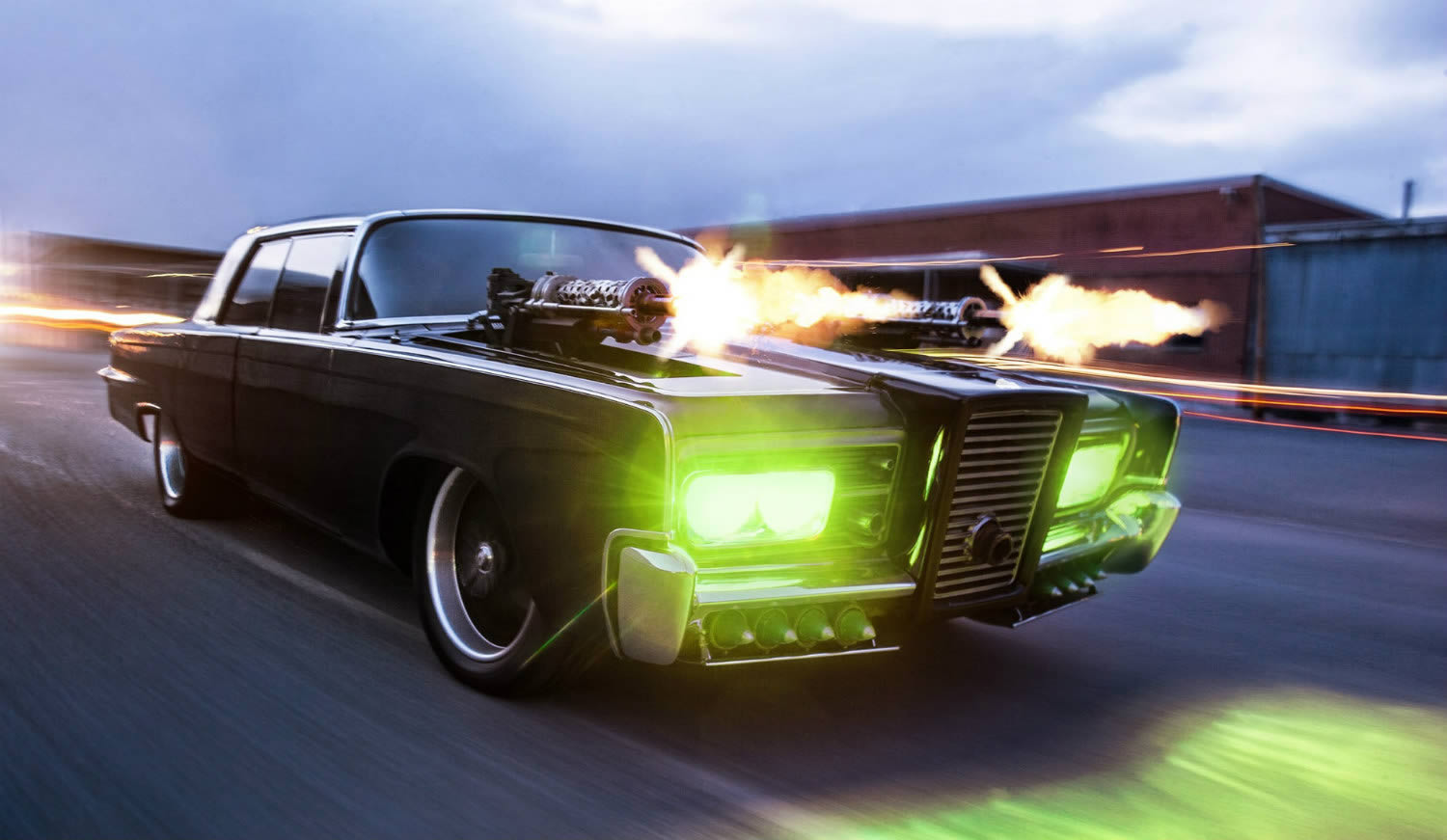 Crime fighter “The Green Hornet” drives a Chrysler Imperial Crown nicknamed “Black Beauty.” The car is modified with hot-rod wheels, machine guns, green headlight covers, tinted windows, Trans Turbo 400 transmissions and Chevrolet ZZ454 V8 engines. 28 cars were used for Michel Gondry‚Äôs 2011 film, and all of them were totalled during production and during the final chase scene. 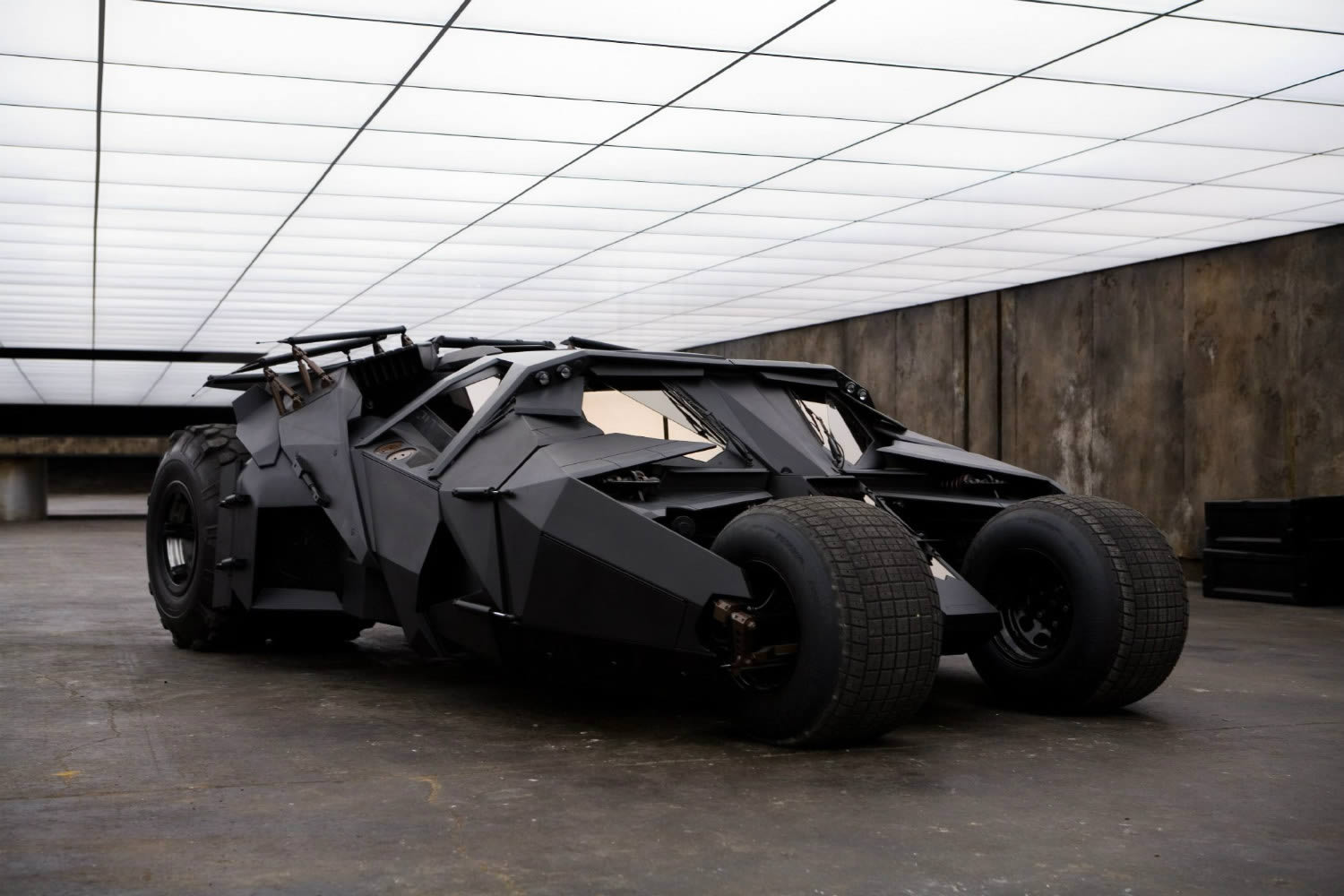 The Nolan Batmobile opted for a realistic design and is very different from past versions.

The Batmobile in Christopher Nolan‚Äôs ‚ÄúBatman‚Äù trilogy is never referred to by its famous name. It‚Äôs known as “The Tumbler.” The radical redesign features all sorts of heavy weaponry and gadgets. It looks suited more to war zones, than the streets of Gotham City. The new design, to a certain extent, helped Nolan‚Äôs films attain a more grounded sense of reality. 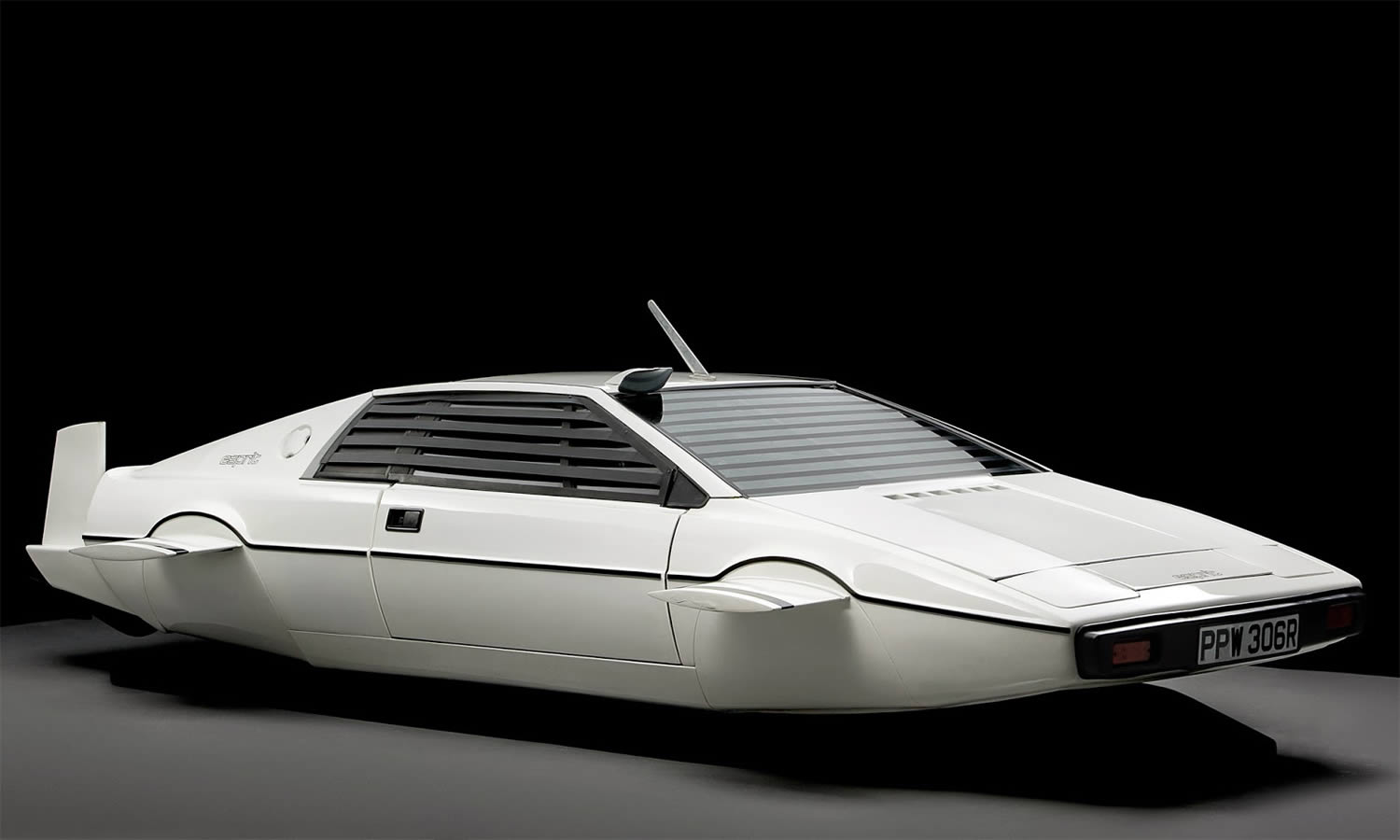 The Lotus Esprit S1 was nicknamed the “Wet Nellie” by the production crew.

In ‚ÄúThe Spy Who Loved Me‚Äù 007 drives a Lotus Esprit S1 with a rather unique feature: it turns into a submarine. Lotus provided the production crew with two fully working vehicles for the shoot. But how did they film the underwater scenes? In some shots, two divers were placed inside an empty vehicle shell, and that‚Äôs how it moved. Miniature models were also used to simulate the underwater sequence. 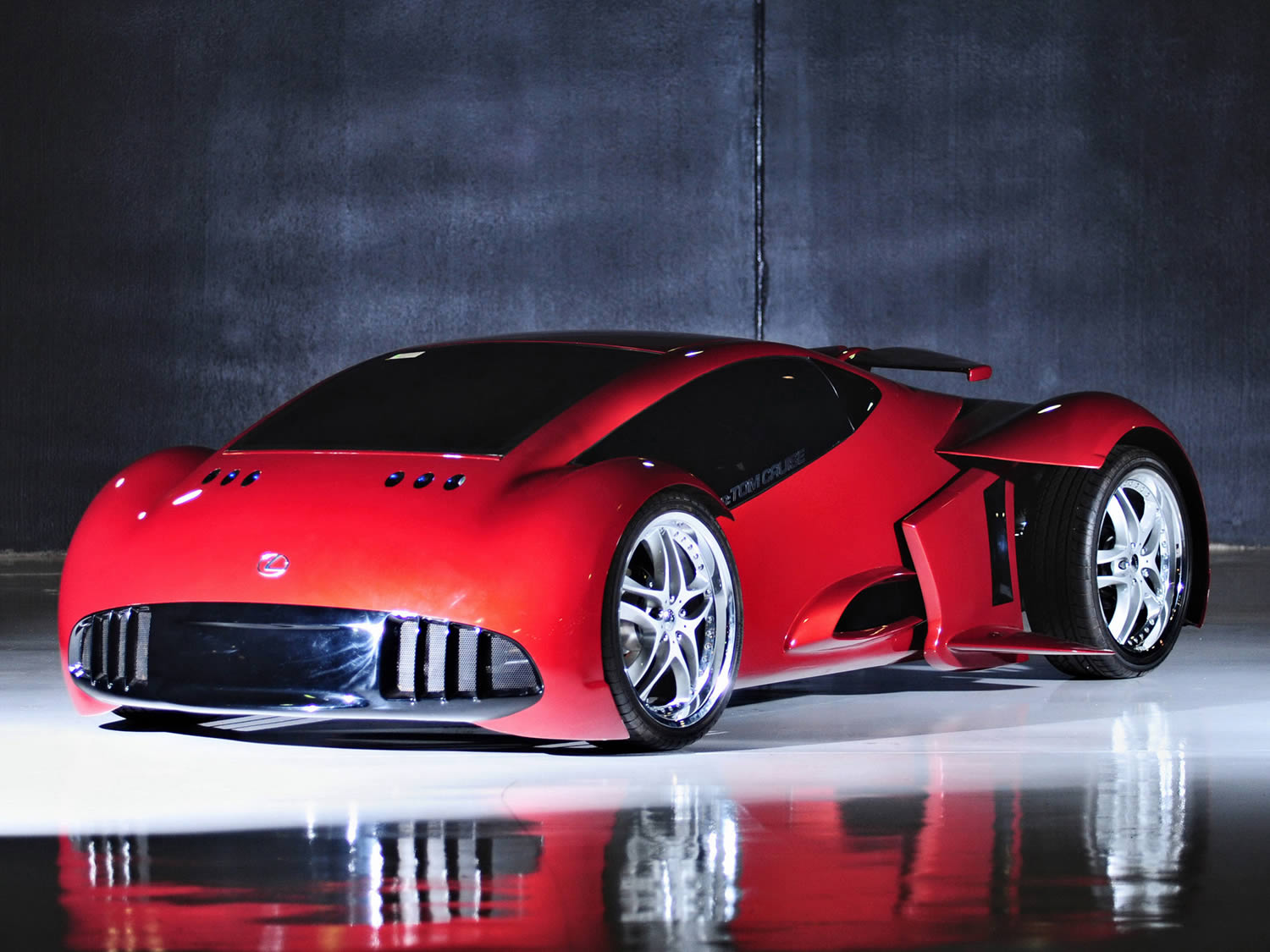 Director Steven Spielberg approached Lexus to design the cars because he was a Lexus driver.

When Steven Spielberg set to work making his 2002 sci-fi drama, ‚ÄúMinority Report,‚Äù he asked Lexus to design the futuristic cars seen in the film. The Lexus 2054 is driven by Tom Cruise in the movie, and runs on fuel cells and comes with a crash-proof shell. Fellow director, Michael Bay, loved the design too, and he was allowed to use the same car design‚Äînow coloured blue‚Äîin his own sci-fi blockbuster, ‚ÄúThe Island‚Äù (2005). 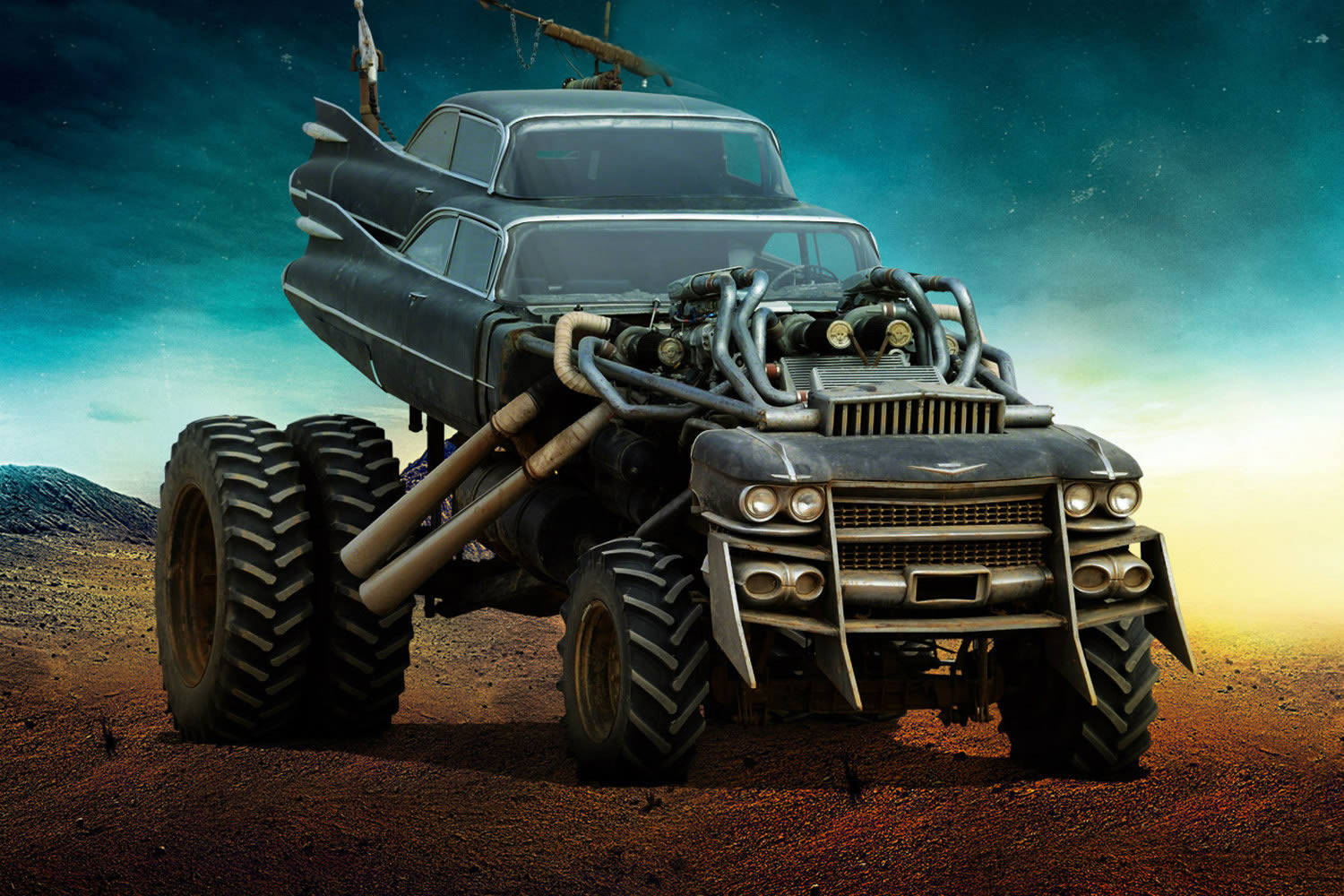 The Gigahorse is a monster truck driven by Immortan Joe.

The Gigahorse in ‚ÄúMad Max: Fury Road‚Äù is a fully-functioning hybrid beast. It‚Äôs made from two 1959 Coupe de Villes built on a custom chassis powered by pair of Chevrolet 502Cid (502Hp) Big Block V8 crate motors. The Gigahorse rocked up to 120 horse power and could reach maximum speeds of 125km/h. The owner of this splendid metal machine is the film‚Äôs villain, Immortan Joe. 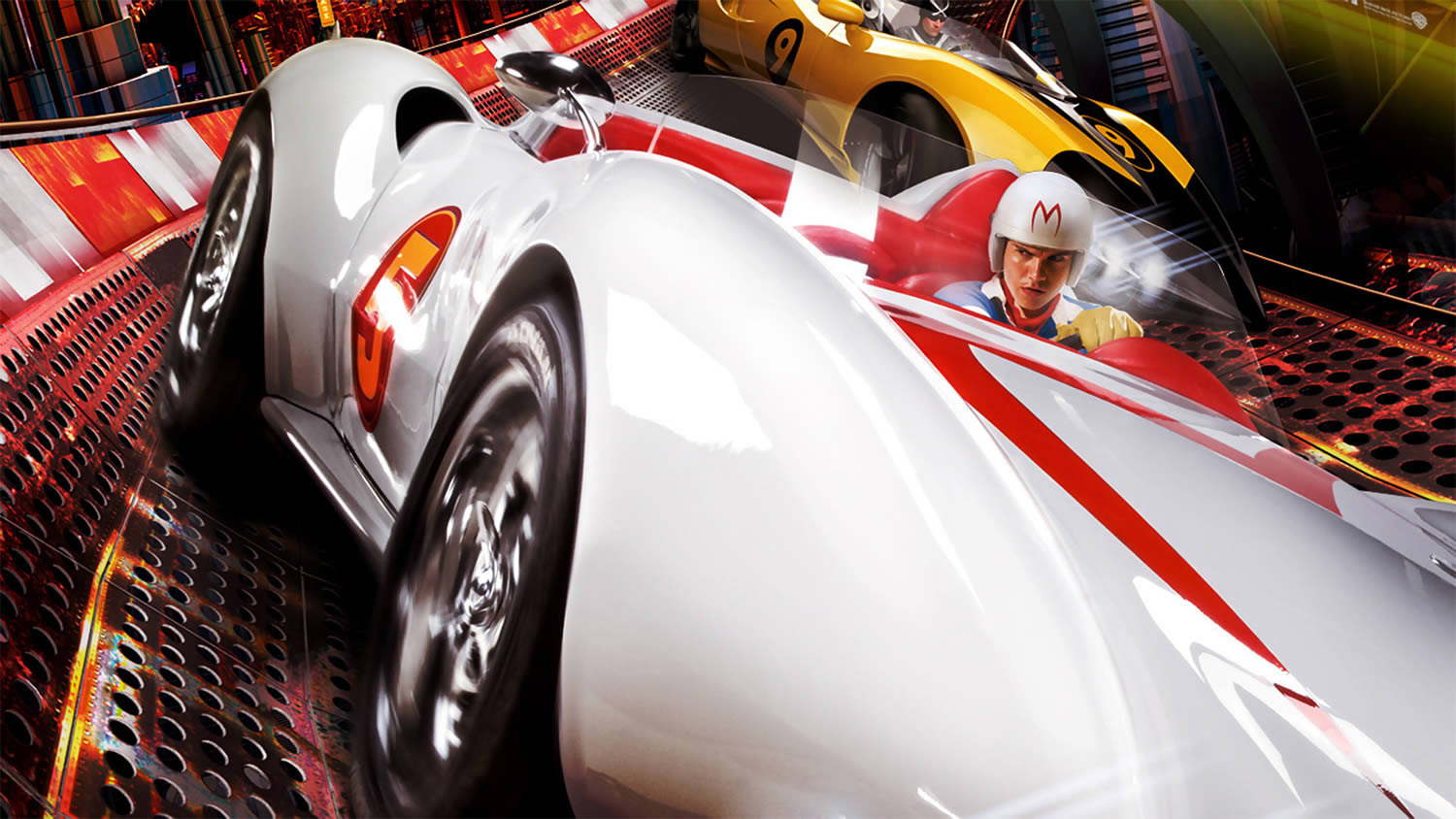 “Speed Racer” is based on a Japanese anime originally titled “Mach GoGoGo.”

The Mach Five in the Wachowskis‚Äô ‚ÄúSpeed Racer‚Äù never moved. Travel was simulated with post-production special effects and during the shoot the body of the vehicle was suspended from a crane. During the movie, the Mach Five is modified from an everyday classic automobile into a super-charged racer and fastest car on the planet. 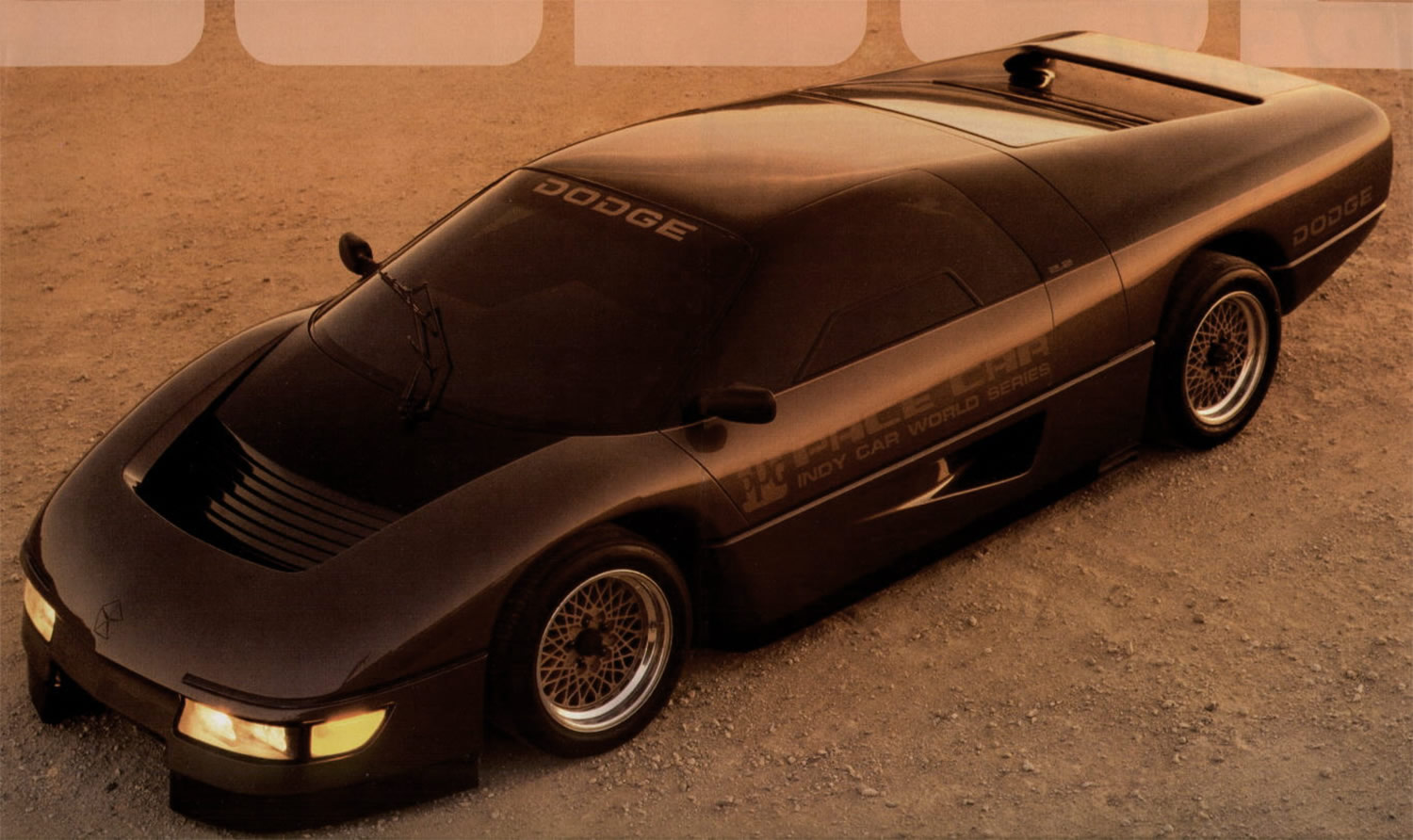 Camera operator, Bruce Ingram, died during the filming of a car chase.

Inspired by ‚ÄúMad Max‚Äù movies and the popular show, ‚ÄúKnightrider,‚Äù 1986‚Äôs ‚ÄúThe Wraith‚Äù starred Charlie Sheen as a teenage ghost avenging his murder against a gang of street racers. He has returned from the grave driving a Turbo Interceptor (built by Chrysler) and dressed in black leathers and motorcycle helmet. It doesn‚Äôt make much sense, but it was always about the cool car, anyway. 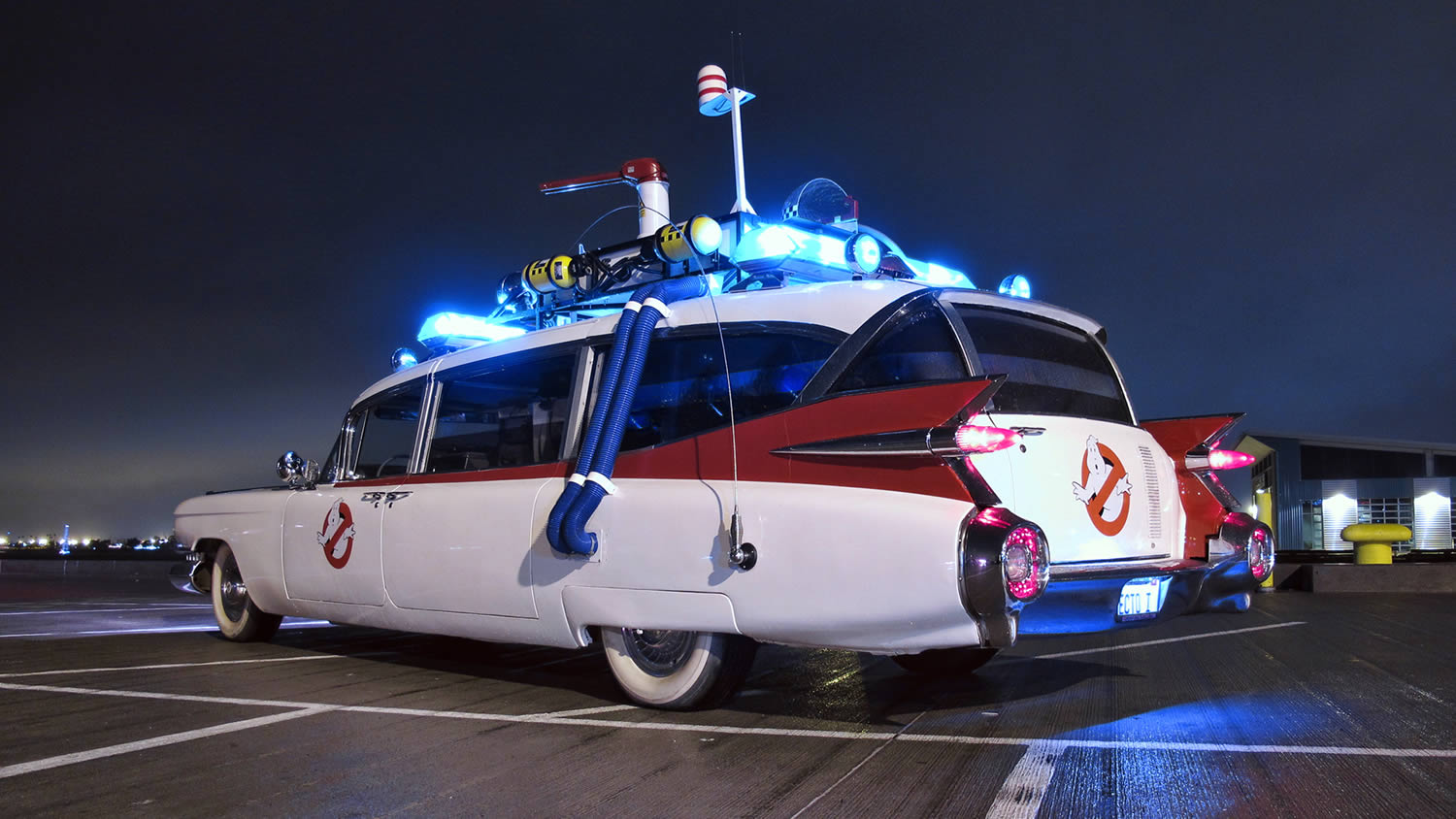 The Ecto-1 is one of the most iconic concept cars in the movies.

Ecto-1 is probably the most famous ambulance/hearse ever. The vehicle was made by Miller Meteor in 1959 and was mounted on a Cadillac chassis. The ‚ÄúGhosbusters‚Äù modifications were designed by Stephen Dane. Actor and screenwriter, Dan Ackroyd, originally envisioned the Ecto-1 as an all-black, sleeker car with purple strobe lights. Needless to say, the one used in the film is both more realistic and less weird-looking. 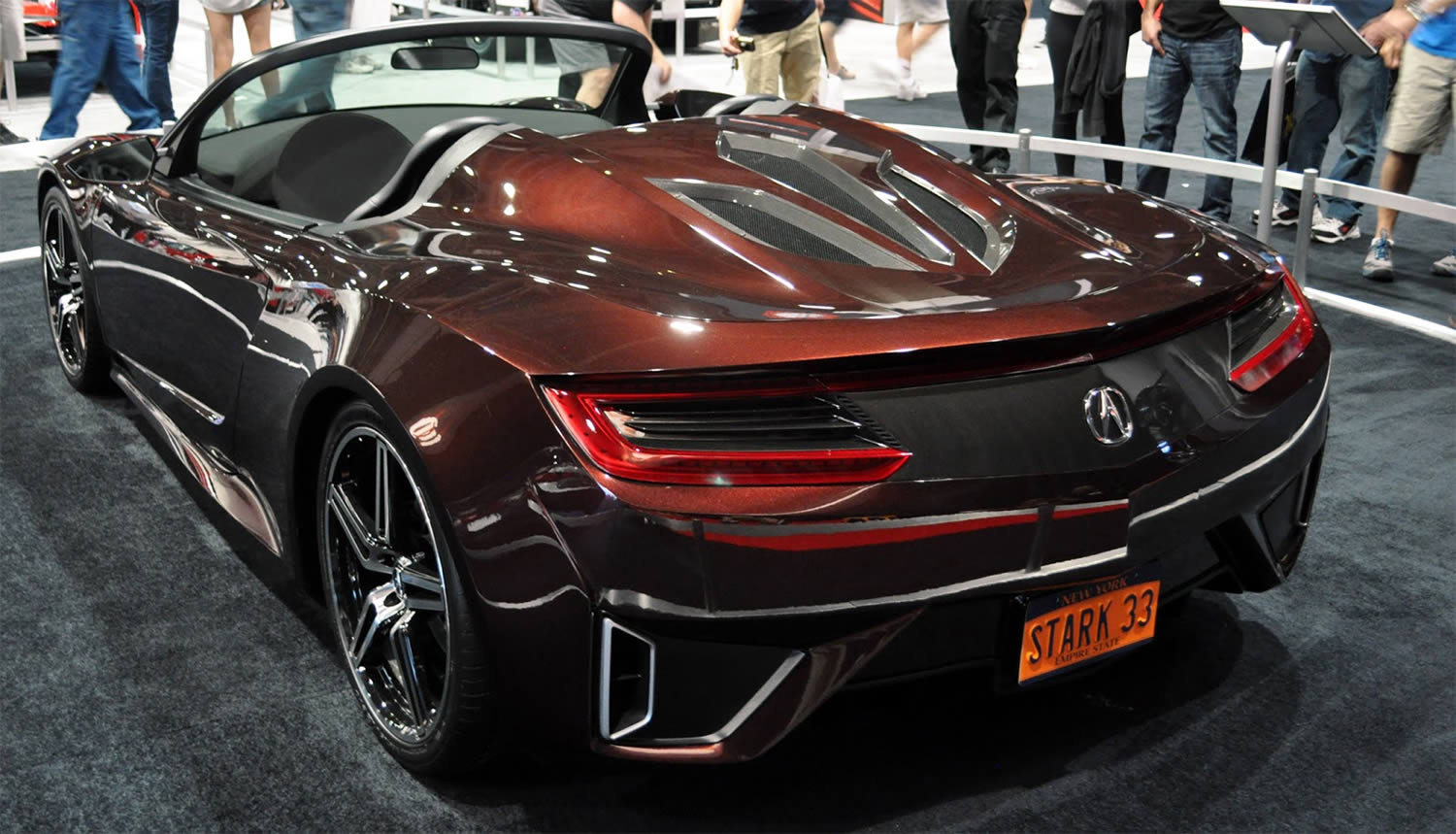 The car was specifically designed and made for an appearance in “The Avengers.”

Tony Stark is the richest man on the planet, in the Marvel Universe. In ‚ÄúThe Avengers‚Äù he got to drive a car that anybody interested in automobiles took notice of immediately. Stark had previously drove a R8 supercar (seen in the ‚ÄúIron Man‚Äù movies), but he swapped that snazzy whip for a NSX red Acura coupe, which was made especially for the film. 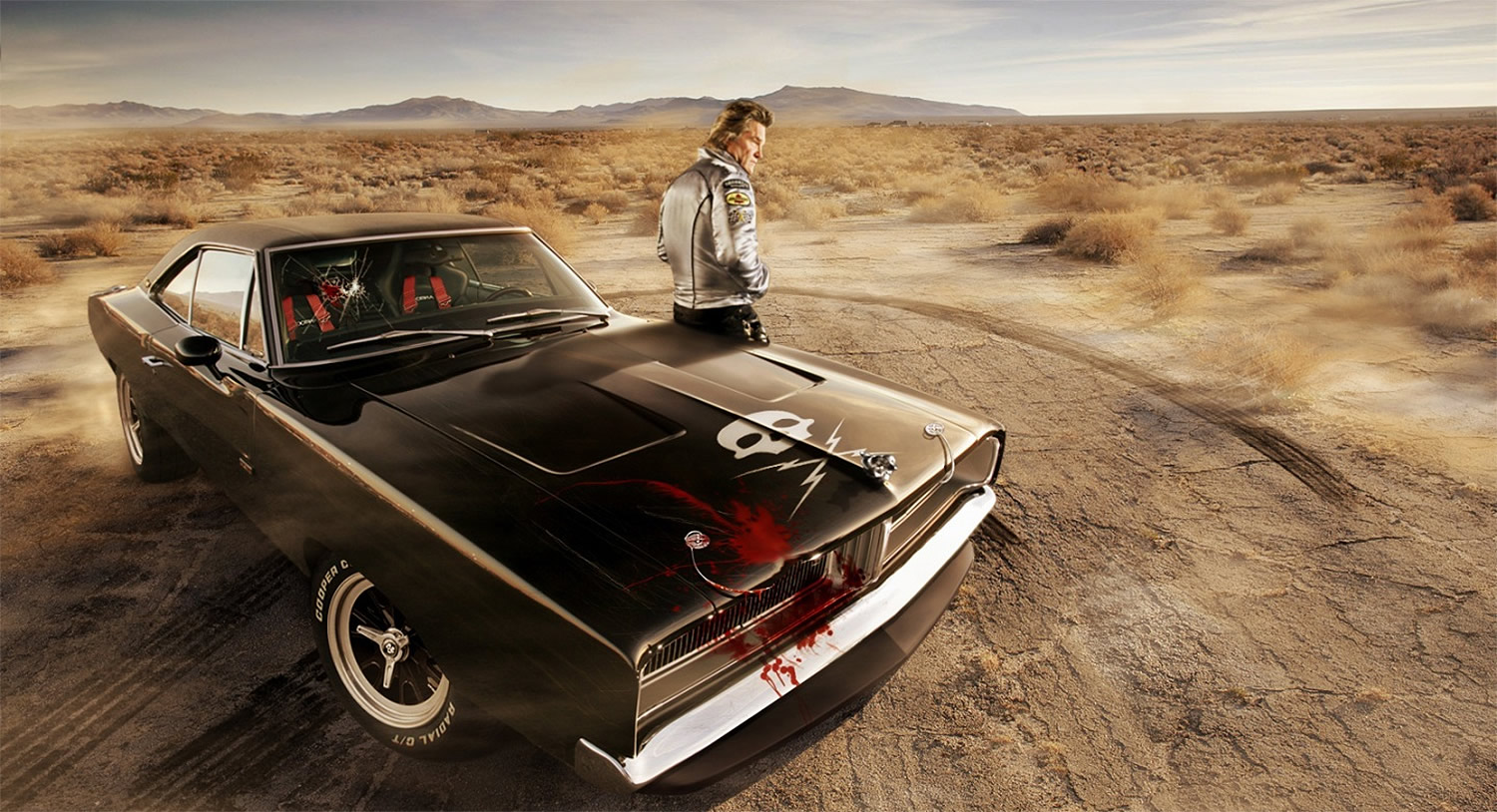 Quentin Tarantino considers “Death Proof” to be his weakest film.

Quentin Tarantino‚Äôs ‚ÄúDeath Proof‚Äù was inspired by Hollywood stunt performers and customized cars used in their often death-defying work. Stuntman Mike (Kurt Russell) has modified his Chevy Nova and Dodge Charger, each with a roll cage, so he can kill victims in horrifying car crashes without injuring himself or wrecking his prized possessions. As concept cars, they‚Äôre killer.