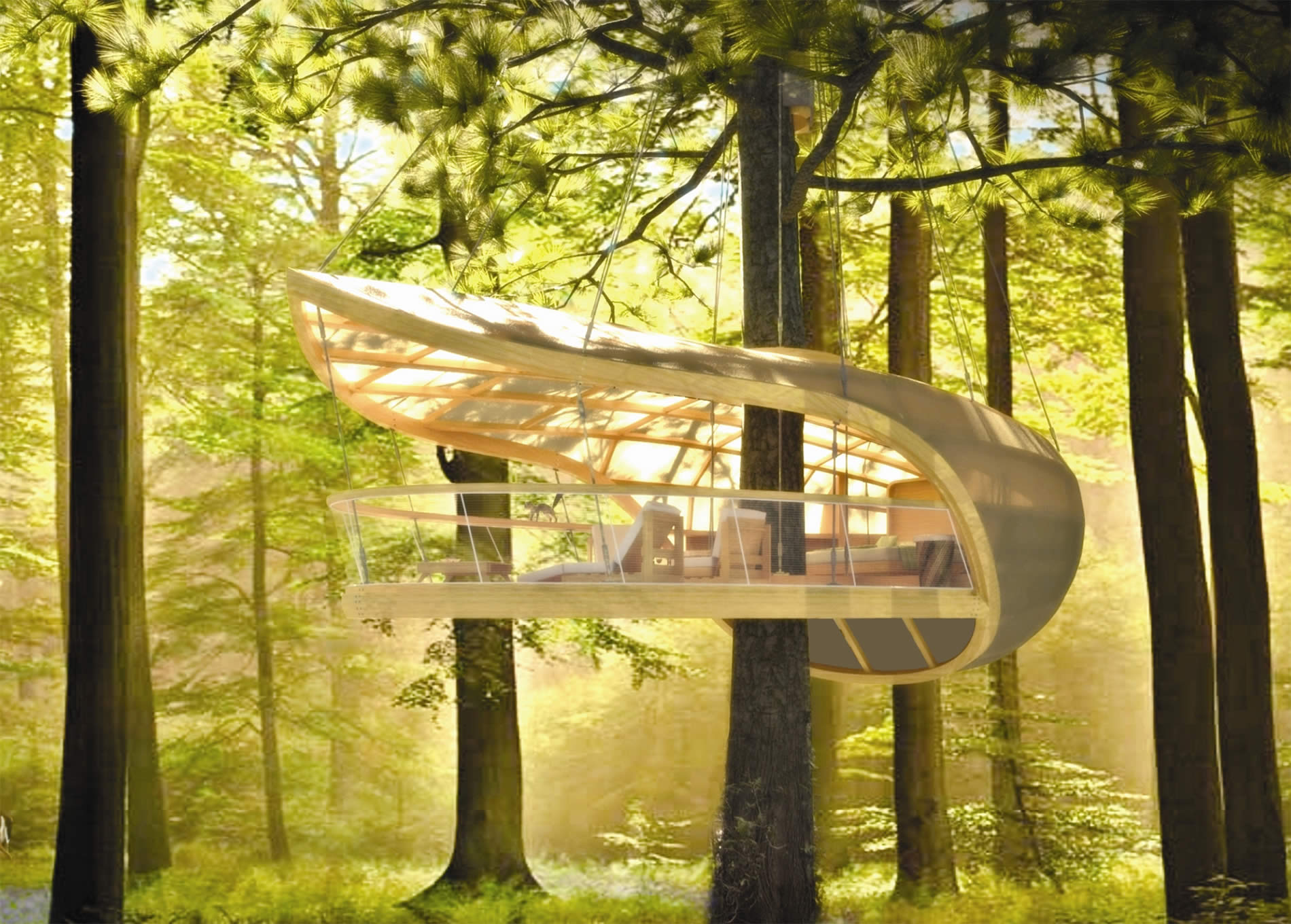 Biomimetic is a style of architecture that seeks to replicate the success of the natural world in curing its sustainability issues. It is a philosophical concept and one that goes beyond simply copying the pretty designs of trees and plants.Ā

Articles about architects looking to the environment for inspiration are a common occurrence these days. I am attempting to go deeper here. I am interested in those who are shaping their creations so as to harmonise with the existing landscapes of our planet; who are challenging traditional ideas about how architecture can exist within the natural world, and are truly committed to tackling the environmental issues of our age.

Top: A visionary proposal for an Eco resort by Farrow Architects. 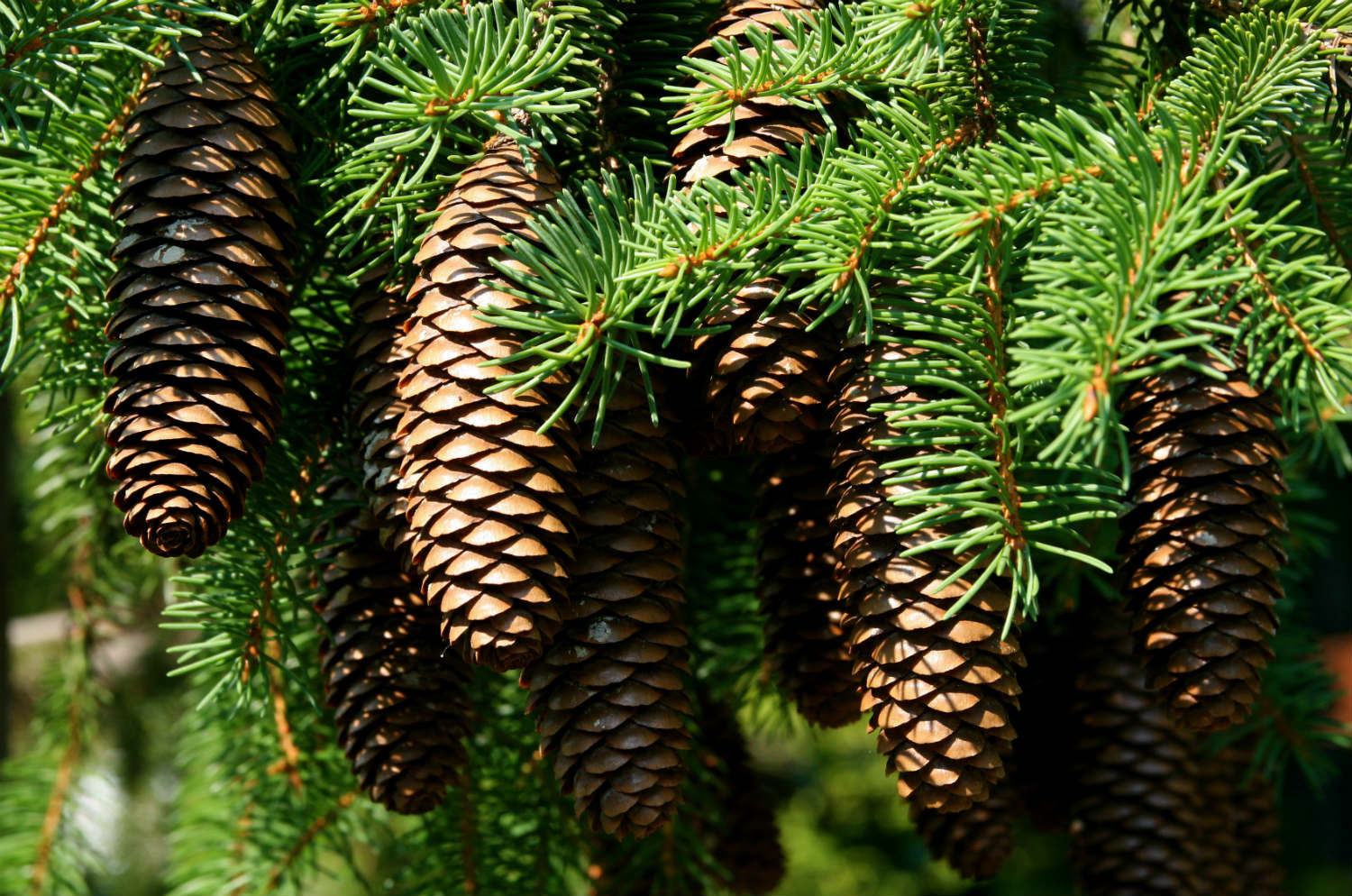 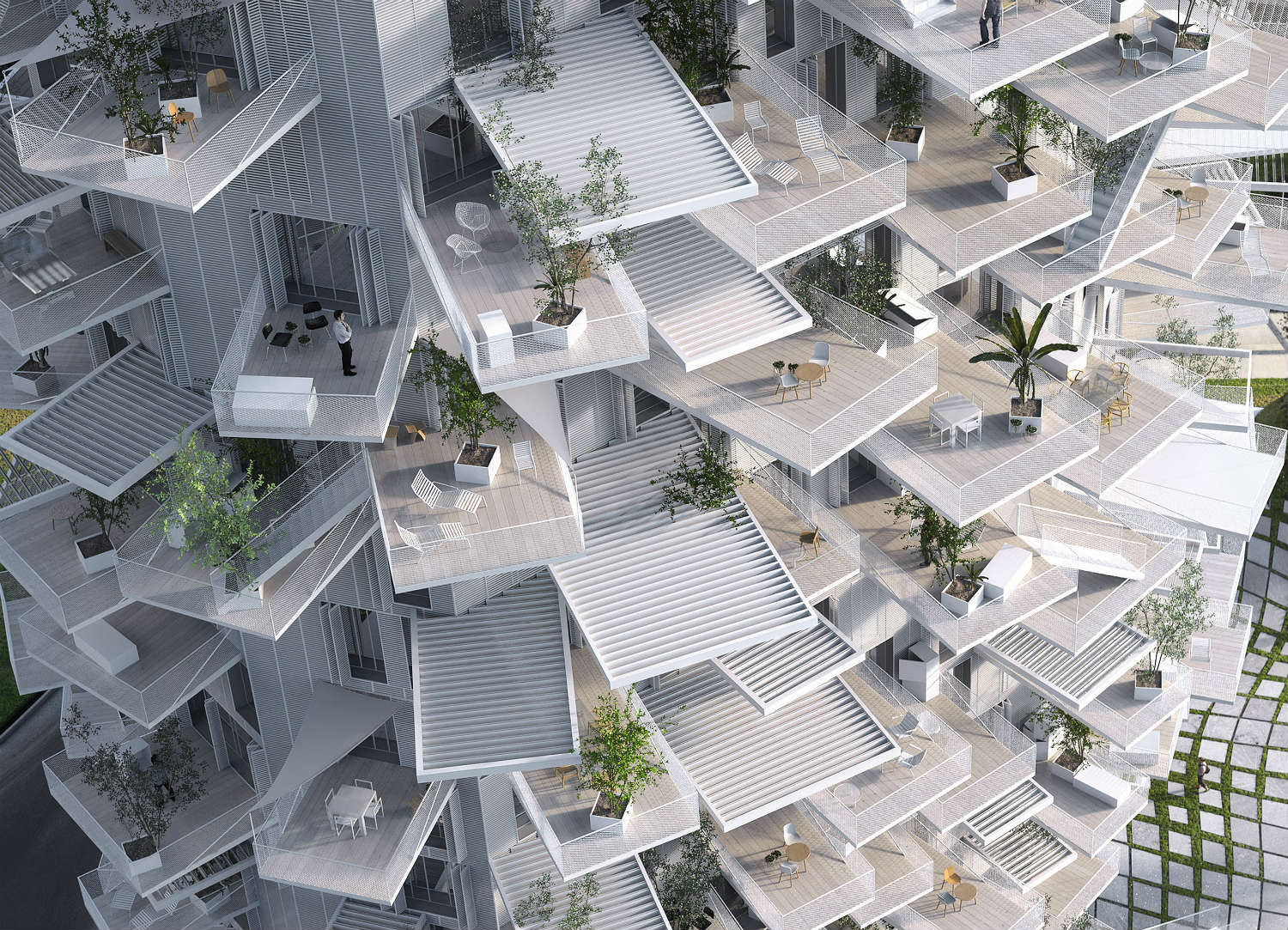 Japanese architect Sou Fujimoto has teamed up withĀ Manal Rachdi OXO for a new venture in Montpellier, France. Part of the “Modern Follies” series taking place in the city, the designers have turned to a primordial life form for their inspiration: The Conifer cone. Some Bristlecone pine trees are over 5000 years old, making them the oldest known of any species currently living on earth. Throughout the vast changes of the human race these organisms have endured. The buildings that they have designed are a vision of the synchronization of modernity and history, humanity and nature. 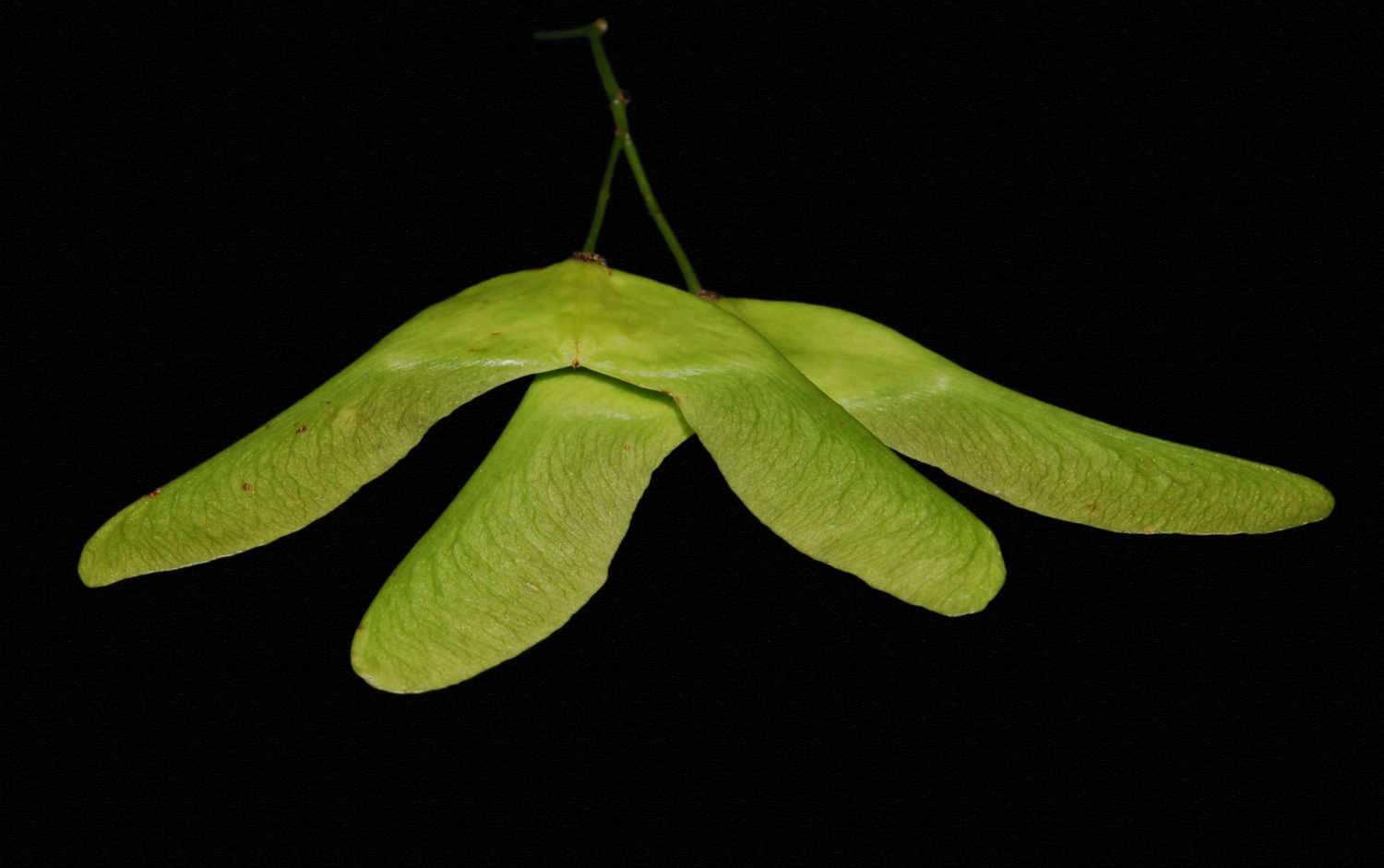 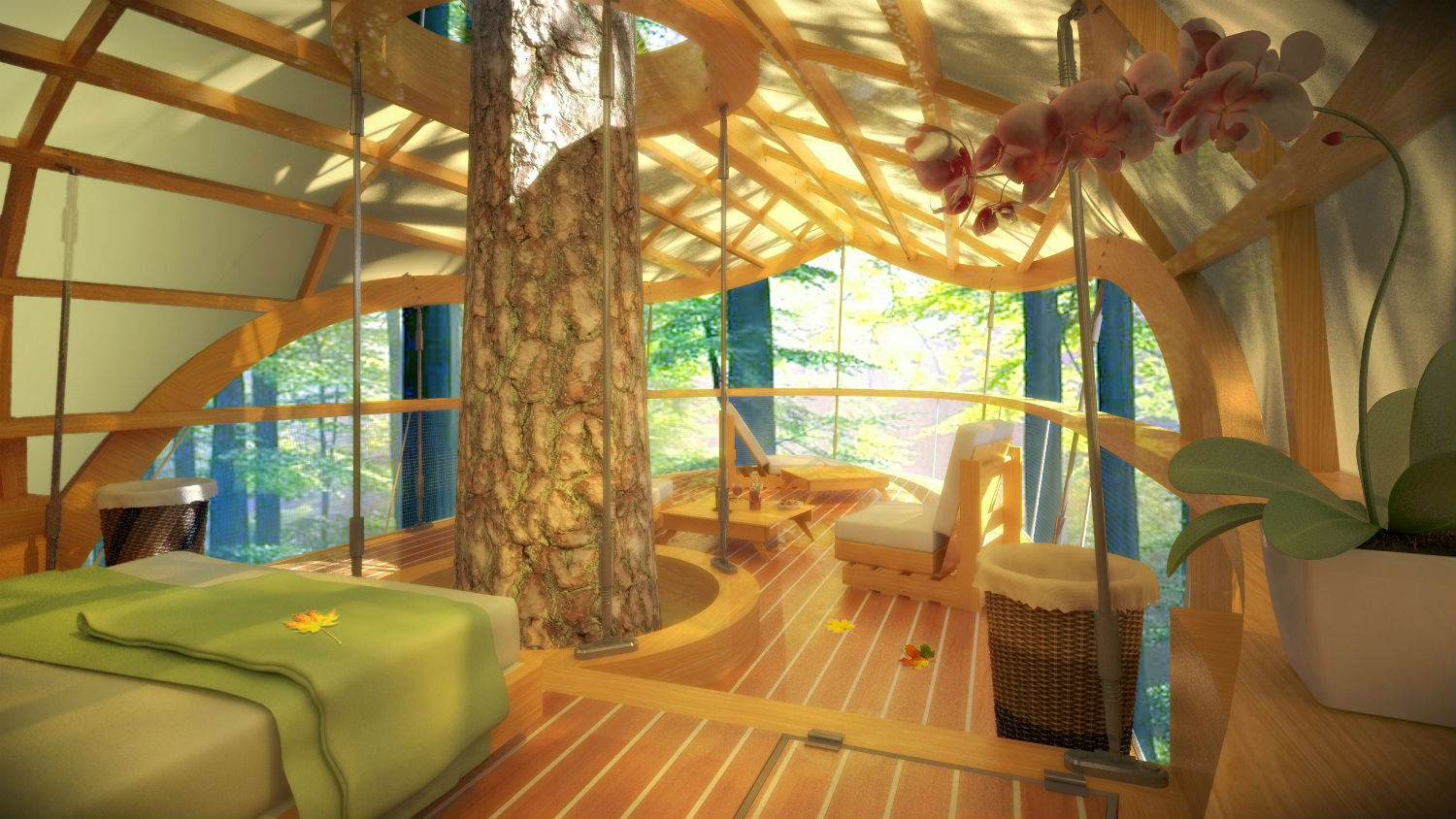 An ecoĀ tree house whichĀ mimics the properties of the Samsara fruit in rural Canada.

In the heart of the Canadian wilderness, esteemed architectural firm Farrow have put together an amazing project by looking to their environmentĀ for vision. The brief was to create plans for a 5 star eco resort in the heart of a UNESCO world Biospere Reserve. TheĀ Samara fruit served as muse for the development. What makes EāTerra standout amongst tree houses is that instead of nailing the structure to the tree, it is suspended from the trunk. A classic example of how architecture can blend seamlessly into the environment. 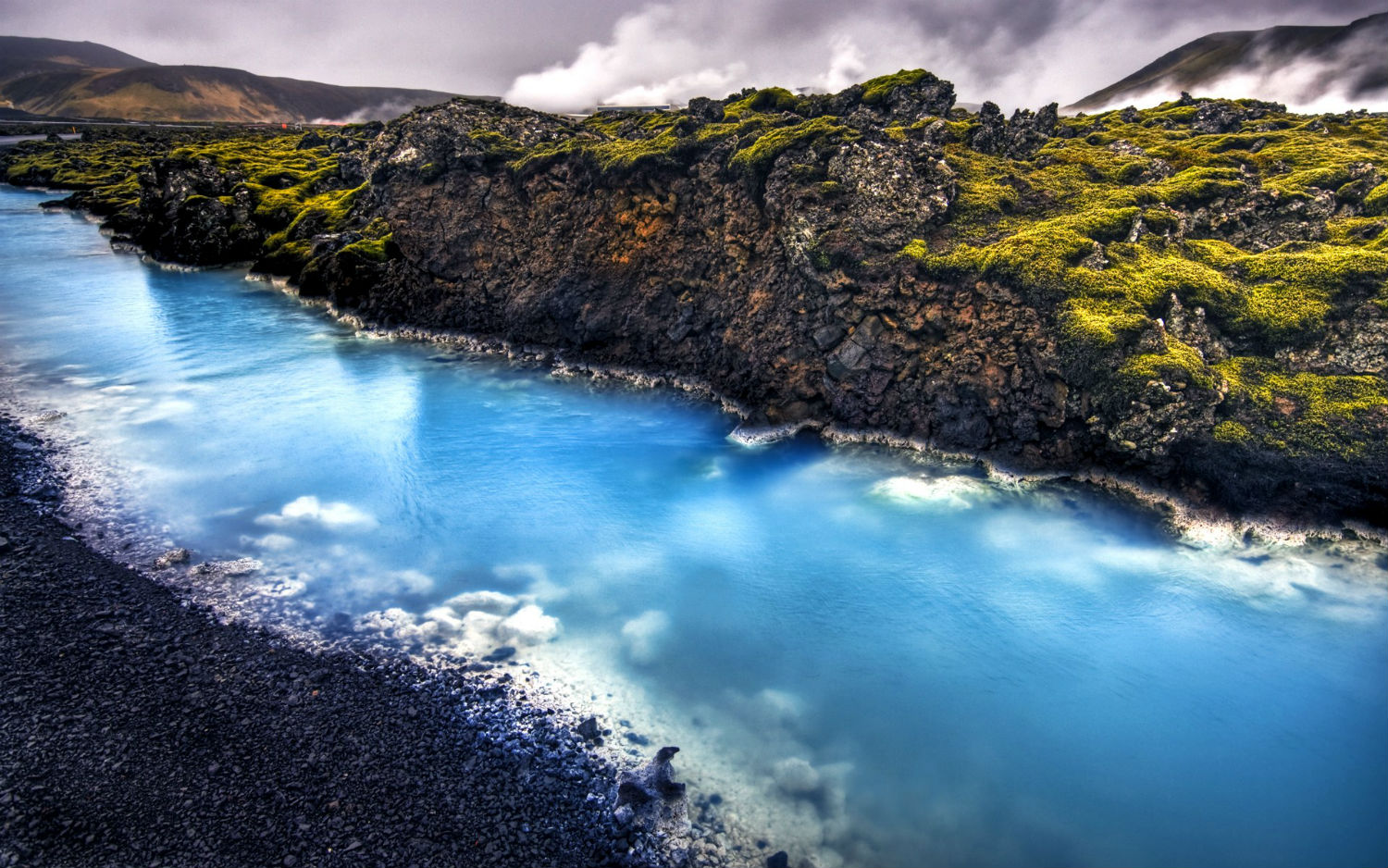 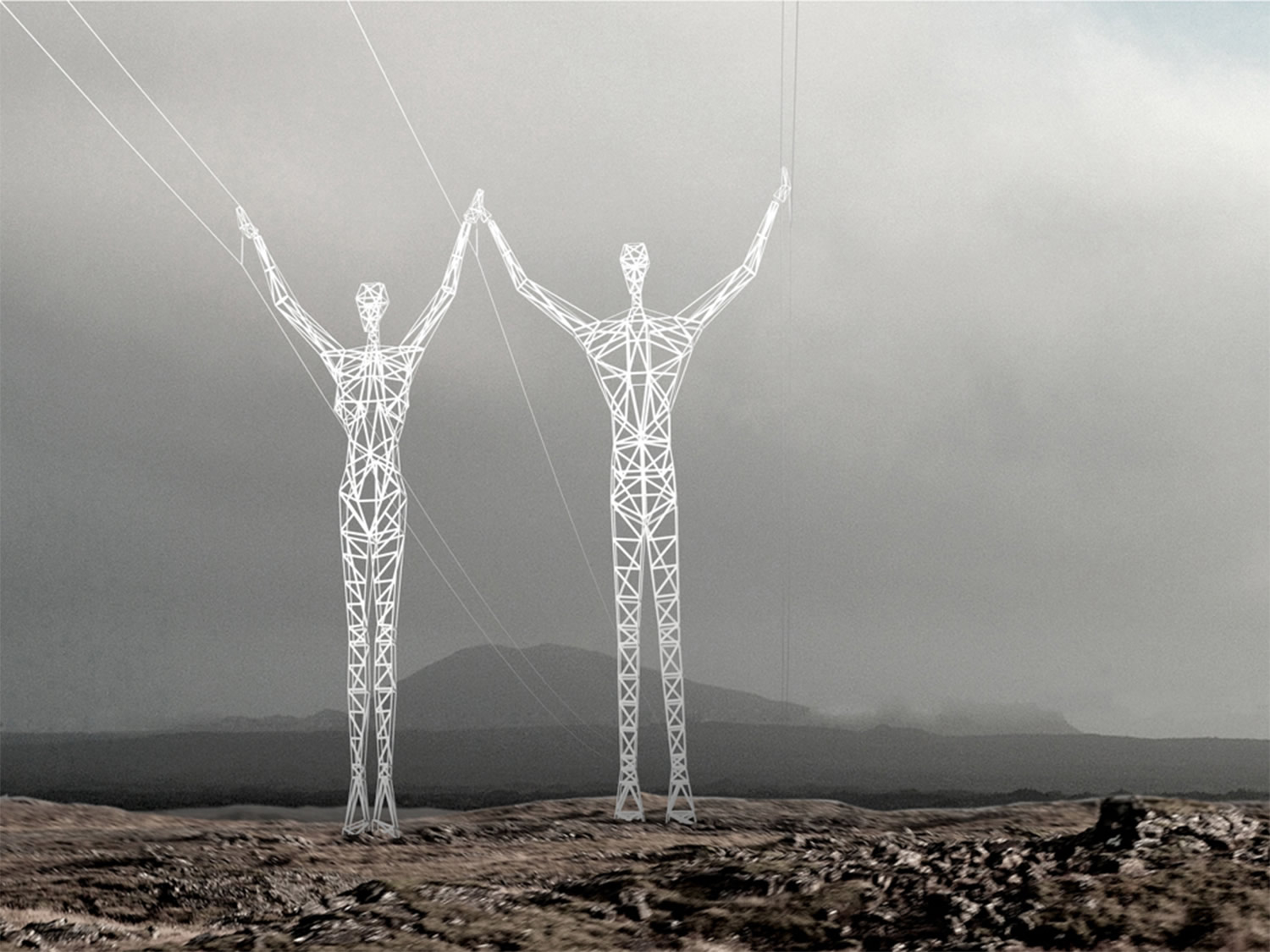 The rugged qualities of the Icelandic countryside serve as a perfect backdrop for “The Land of Giants” project.

The Land of Giants

If ever there was a venture that sought to shape its design and function from the surrounding landscape, the “The Land of Giants” in Iceland would be it. Iceland is a mythical place with a staggering wealth of natural beauty in its volcanos, blue lagoons and other worldly rock formations. “The Land of Giants” by Choi + Shine takes an unflattering architectural style, electricity poles, and turns them into something that fuses so completely with Icelandās landscape and history. These giants have stepped out of the countryās mythology and into its future. 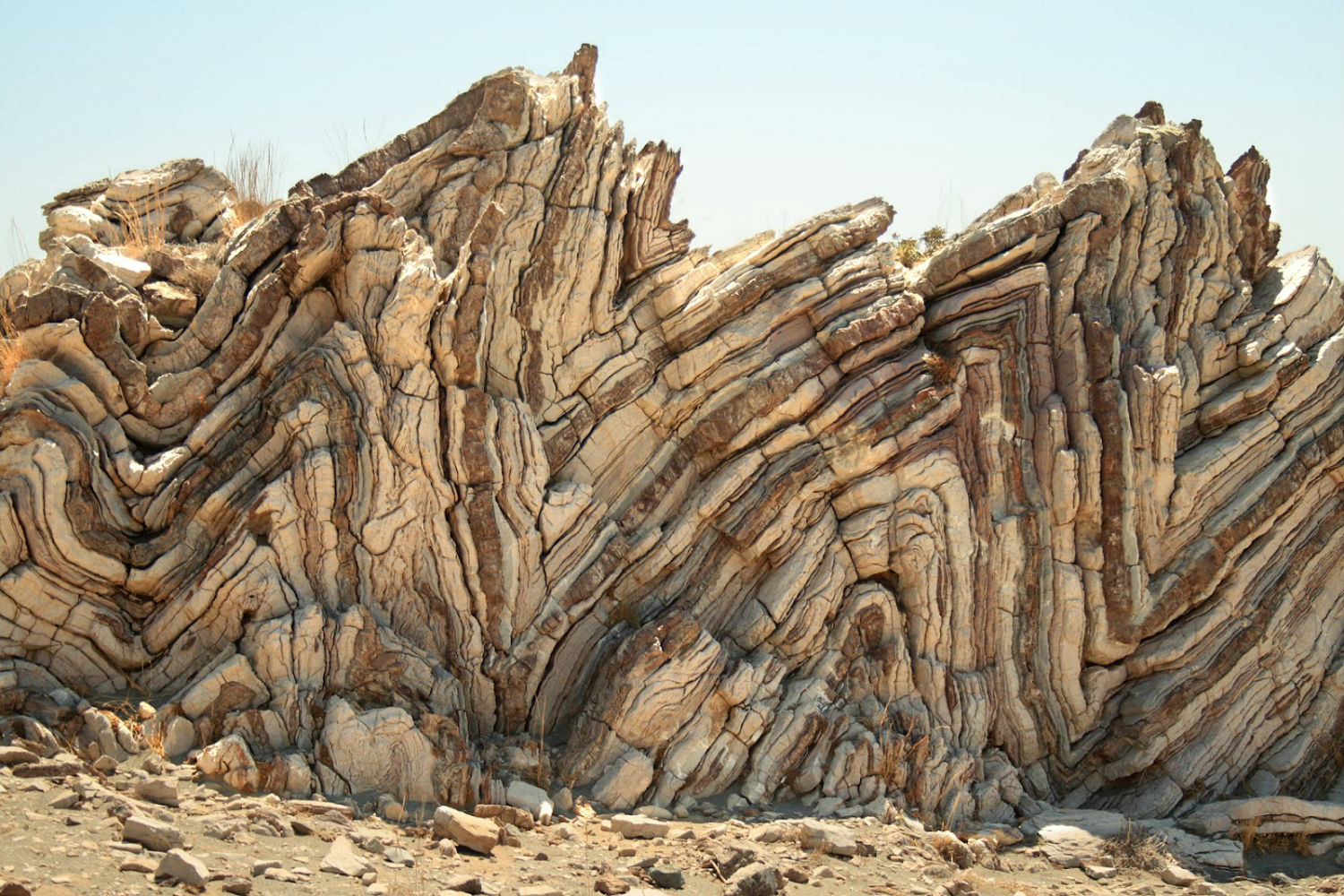 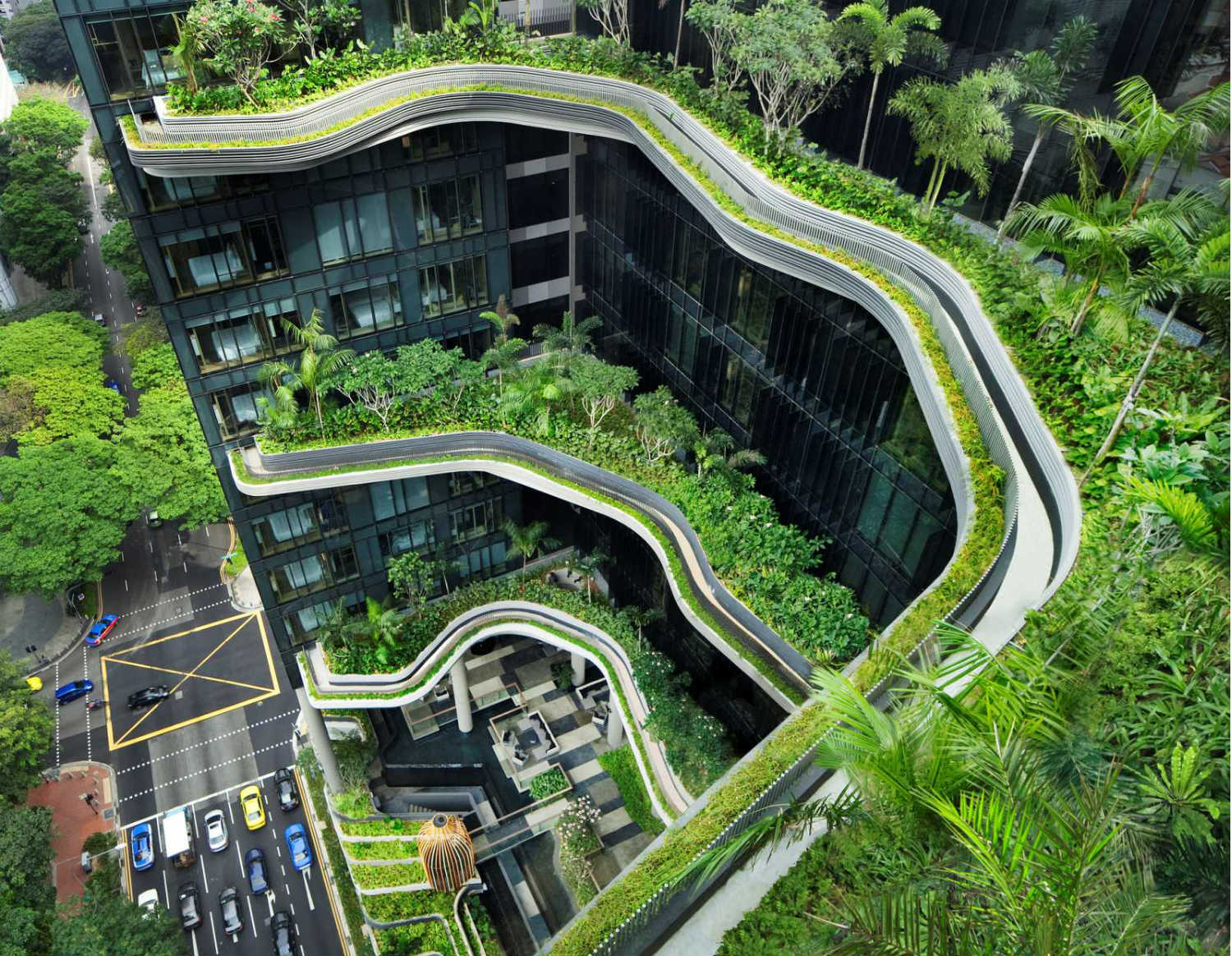 Natural rock formations serve as a modelĀ for a stunning Singapore hotel.

In the heart of bustling Singapore, architectural firm WOHA have collaborated with Park Royal for a trailblazing approach to designing and building hotels. Instead of looking to the more obvious forms of nature, they opted for a more interesting approach: rock formations. You can see in the contours of the building how they mirror the natural layout of some of the worldās great geological formations. A visionary endeavour. 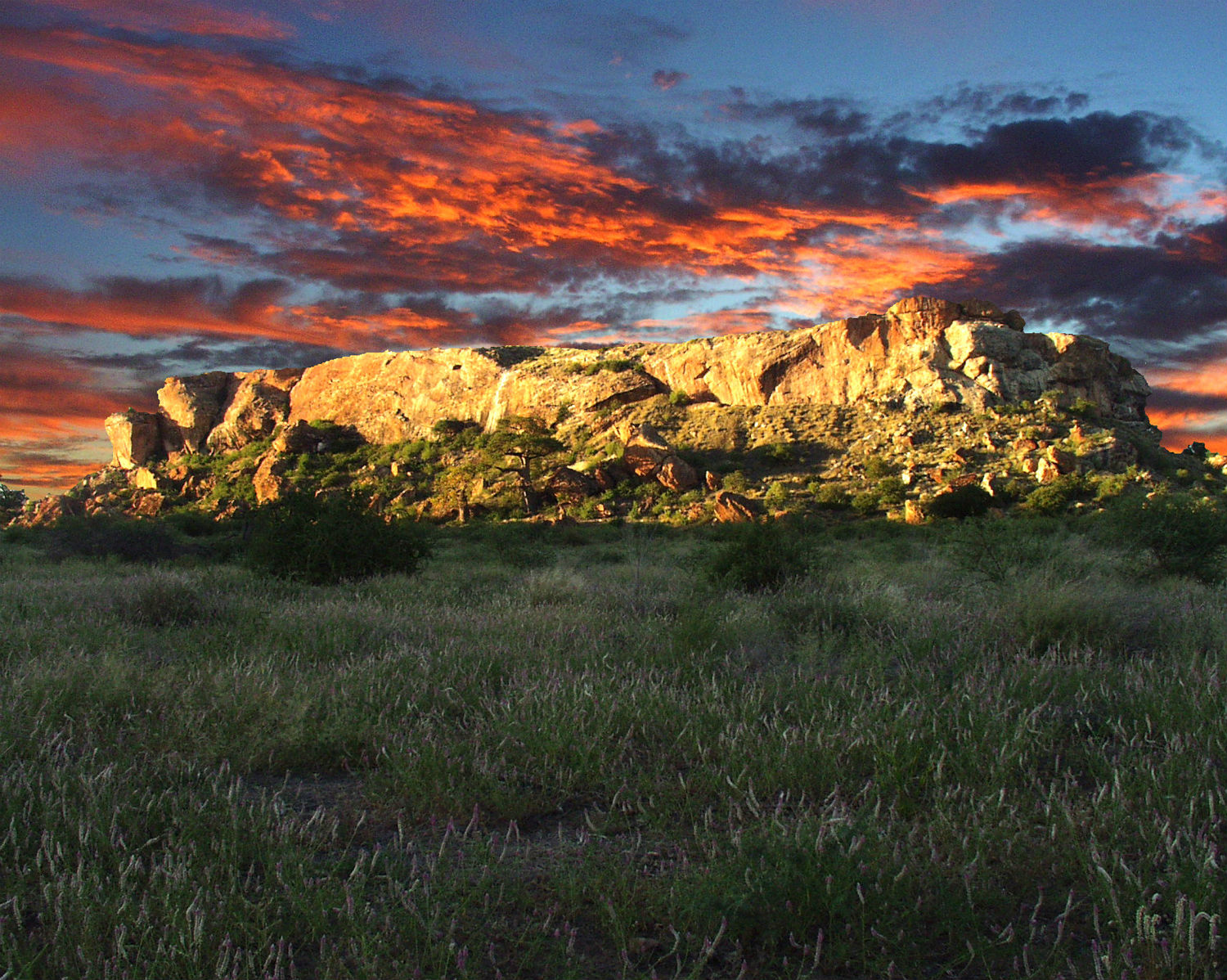 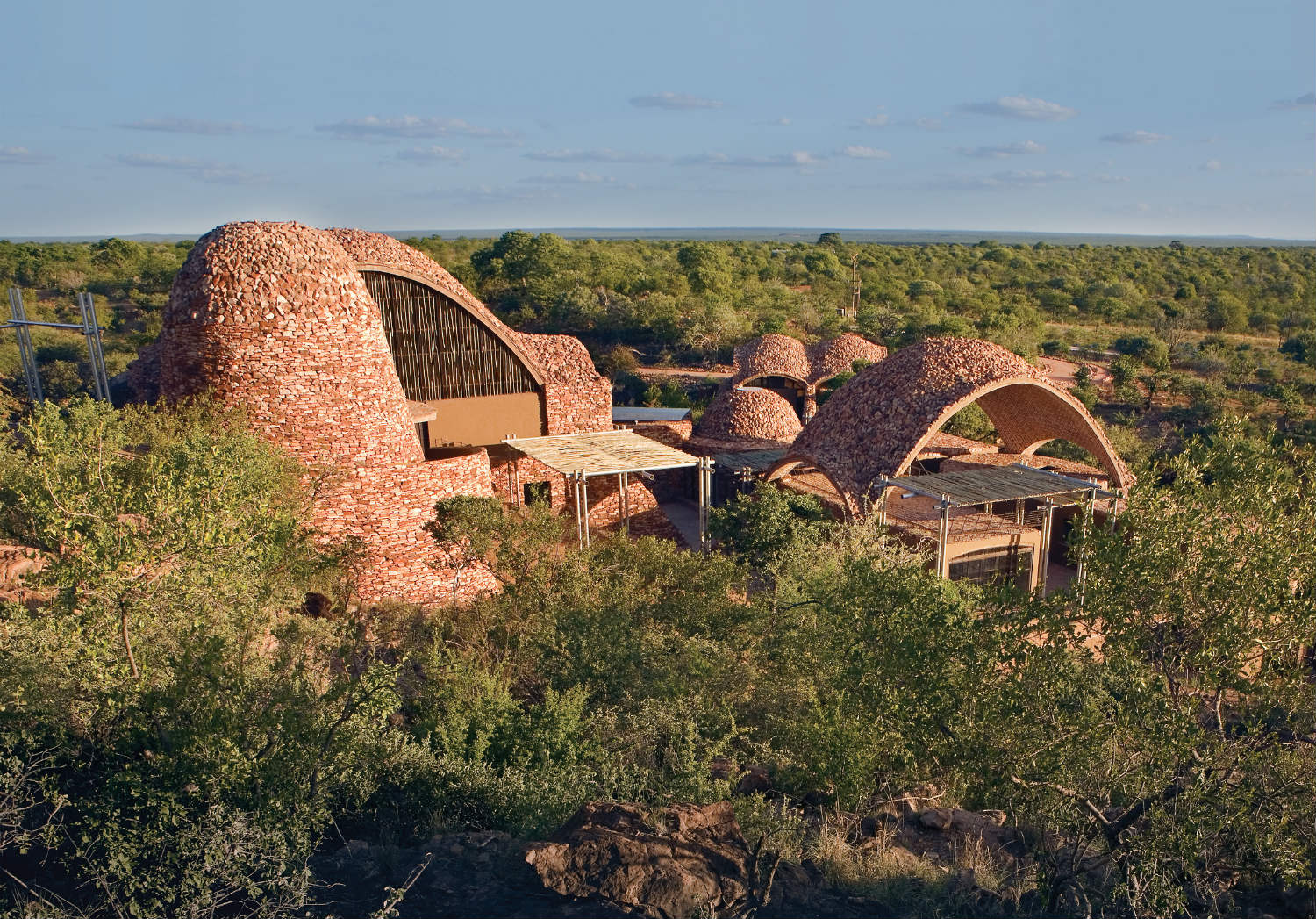 SetĀ in the heart ofĀ theĀ Mapungubwe National ParkĀ in Southern Africa,Ā a place of great natural beauty,Ā Peter Rich ArchitectsĀ have designed a superb Interpretation Centre. This visionary sought outĀ the stunning horizontal ledges, sun kissed valleys and desert colours all around him as a template. The project was assisted by locals who were taught how to use the adjacentĀ wilderness as building materials. The best of humanity and mother earth brought together.