In Poland, there’s a long-established tradition of poster design. It really flourished when the movement known as the “Polish School of Posters” began in the 1950’s.

A collective of artists including Henryk Tomaszewski, Franciszek Starowieyski, Waldemar Swierzy, Roman Cieslewicz and others fused the aesthetics of painting into the simple, concise poster format. They injected satirical humor and subversive themes into their designs and carved out a distinctive style that appeared in film, theatre and circus advertising.

Top: A minimalist visual for a Japanese crime film, “Kobra” (1976). This poster was designed by Mieczyslaw Wasilewski who often used optical illusions in his work (e.g. “Lili, Kochaj Mnie!” and “Cyrkowcy“).

Under the communism regime, the Polish film industry was controlled by the state and most foreign promotional material was rejected and replaced. Commissioned artists were asked to convey the essence of a film in their poster designs, and unlike other countries the use of photos of movie stars or in some cases their names weren’t mandatory. They were also given artistic freedom resulting in unique and often abstract art being pasted on the walls of Poland.

Throughout the 60’s and 70’s there was an explosion of creativity from behind the Iron Curtain. An abundance of exceptional posters were produced by skilled artists like Wiktor Gorka, Jerzy Flisak and Maciej Hibner—ranging from freehand to geometric, surreal to psychedelic—all images had a common personalized style that expressed the emotions of the artists to subject matters.

“Cyrk (100 years of..)” is a 1983 poster celebrating 100 years of the circus. Marek Freundenreich’s kinetic artwork draws inspiration from film and photography.

The end of the “Polish School of Posters” came with the collapse of communism in 1989, but these posters continue to attract a worldwide audience and have become increasingly sought-after and collectable. 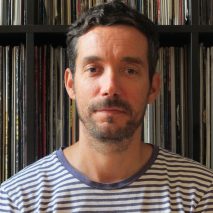