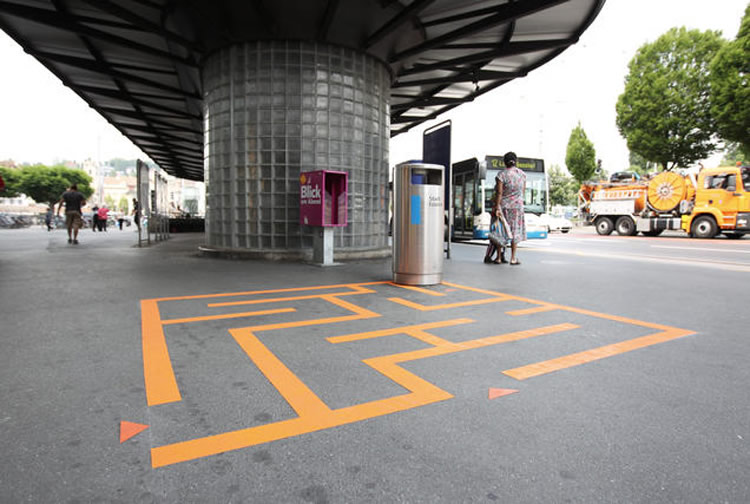 In the city of Lucerne (Switzerland), an awareness campaign was launched to help motivate citizens to throw garbage into waste cans and not on the streets. The organizers cleverly created 16 game stations around various bins that included a maze, hopscotch and other activities.

The action “Lucerne shines” was launched already in 1999. At that time, within three years two thirds of urban waste was replaced by larger models and intensified cleaning. This was a success but there was still a littering problemâ€”i.e. careless dumping of waste in public places. The city of Lucerne spends 4.5 million francs annually to clean public spaces.

This campaign was created to sensitize the general population about this problem […] …A total of 16 bins in the city of Lucerne were converted to game stations. The campaign slogan is: Lucerne shines, very easily. 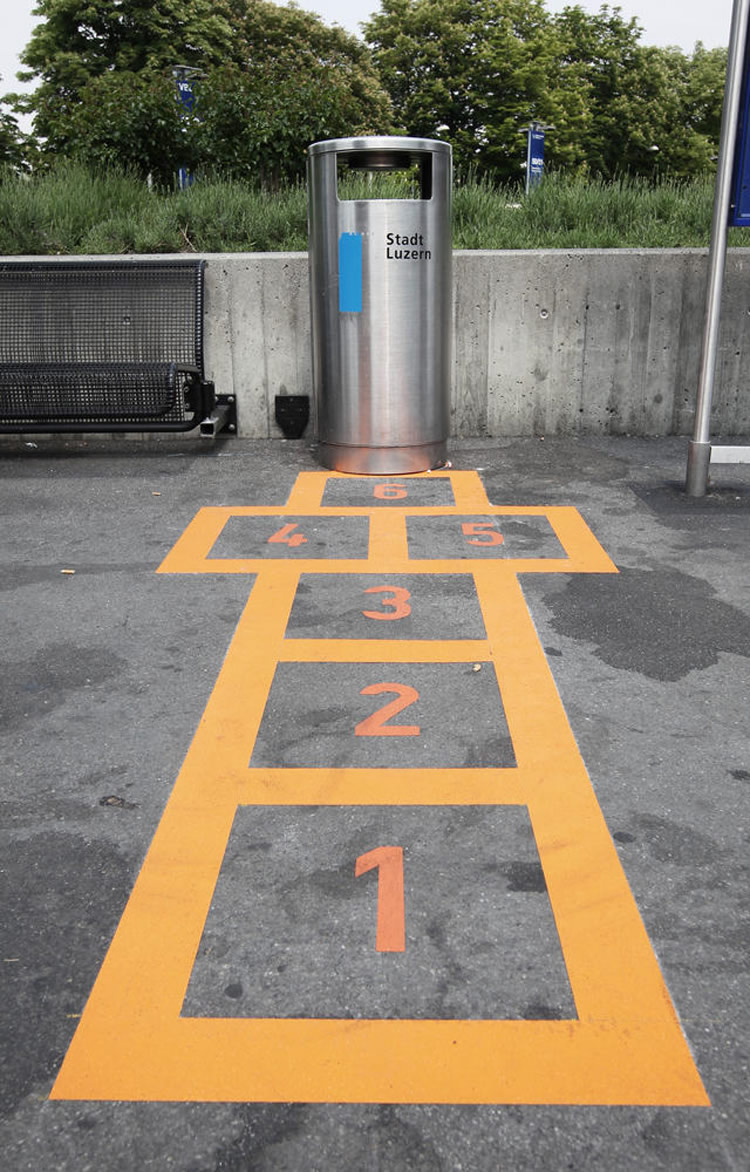 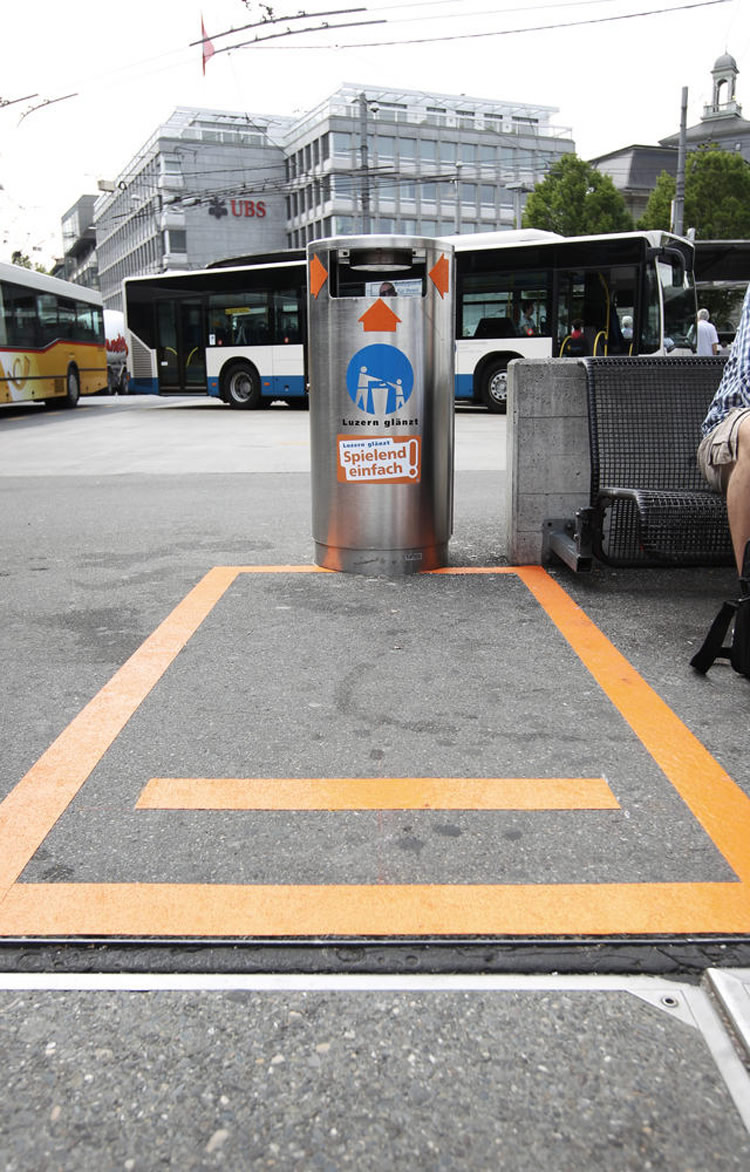