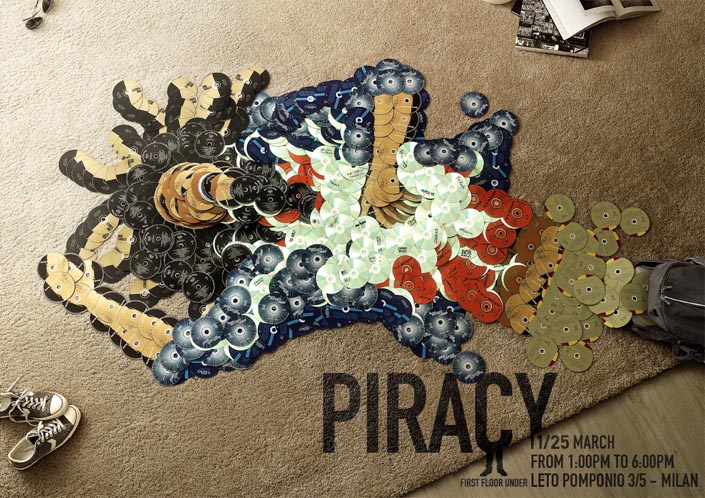 TBWA’s First Floor Under has launched a series of posters that include CDs forming images of famous musicians such as Bob Marley,Â  Jim Morrison, Elvis Presley, among others.

Notes about project (from I Believe in Advertising):

These posters were produced for the inauguration of the First Floor Under. The publisherâ€™s digital TBWA Italy. The first show was about music piracy and the exhibition was composed of the six pictures shown in a poster from a video installation and performance in stop motion. 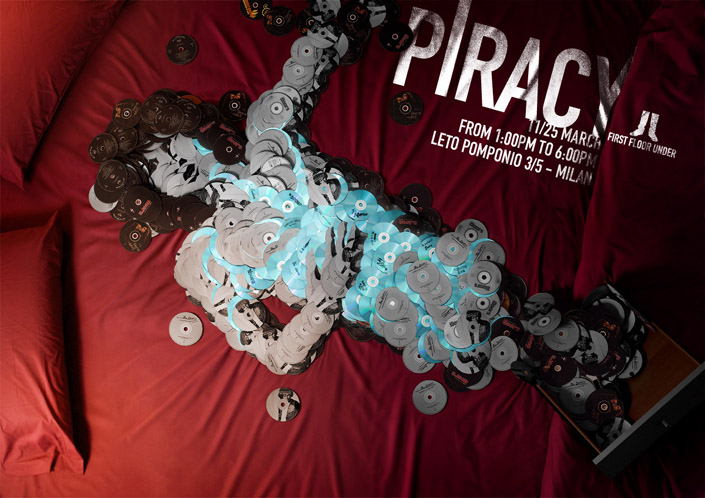 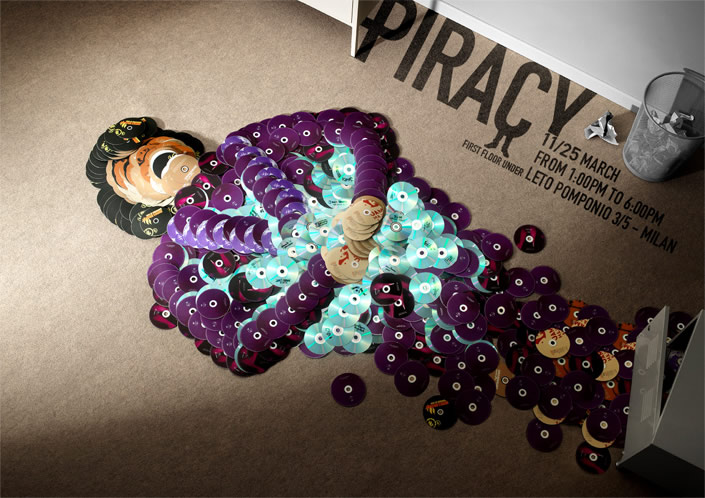 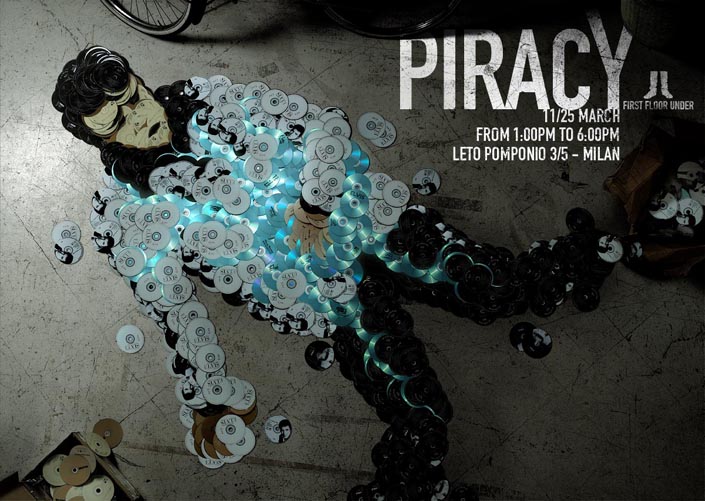 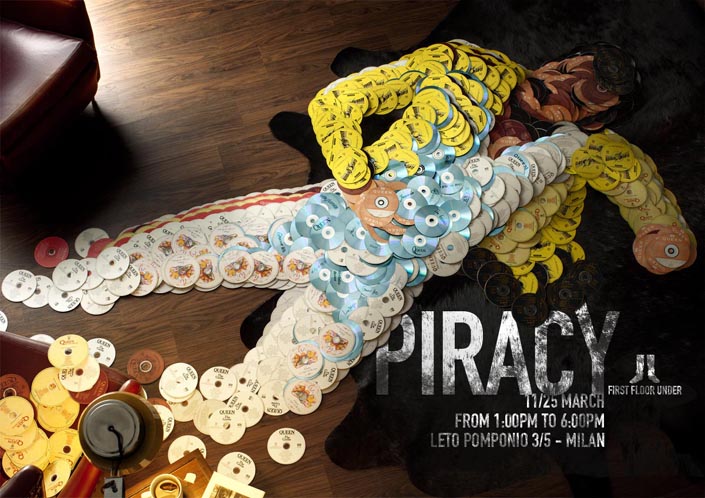 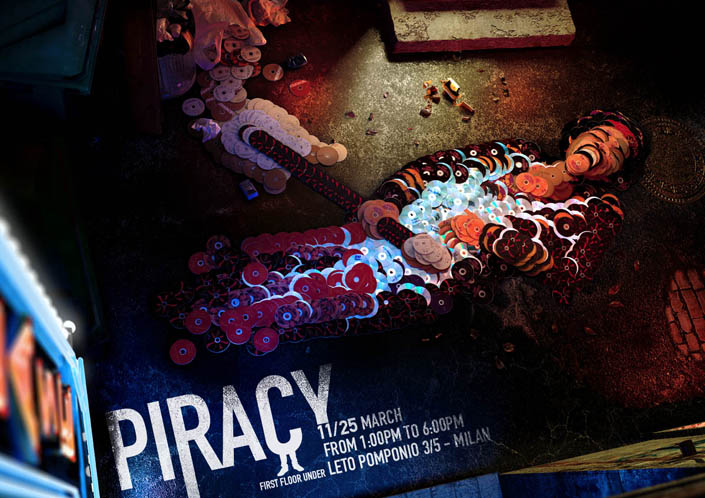